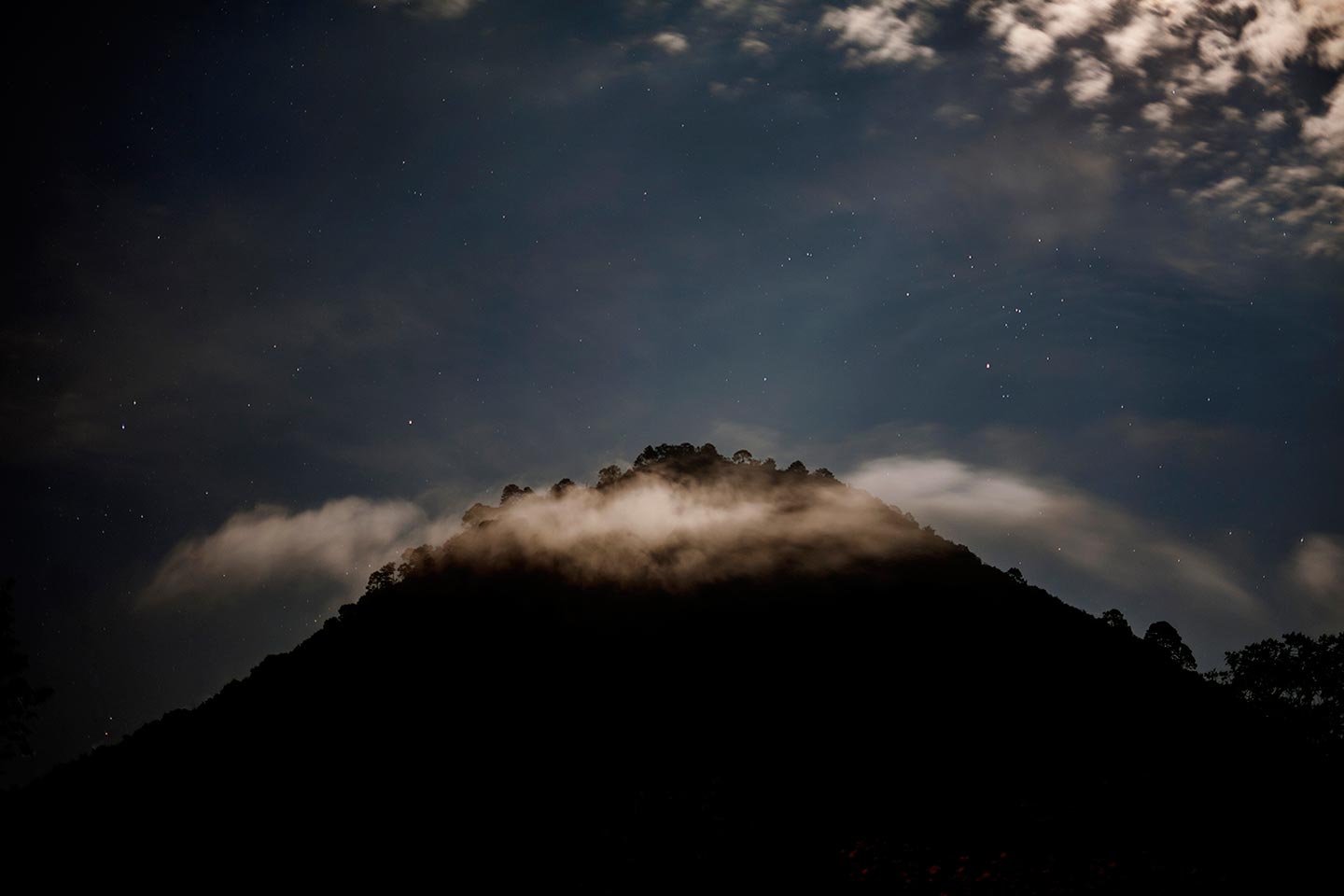 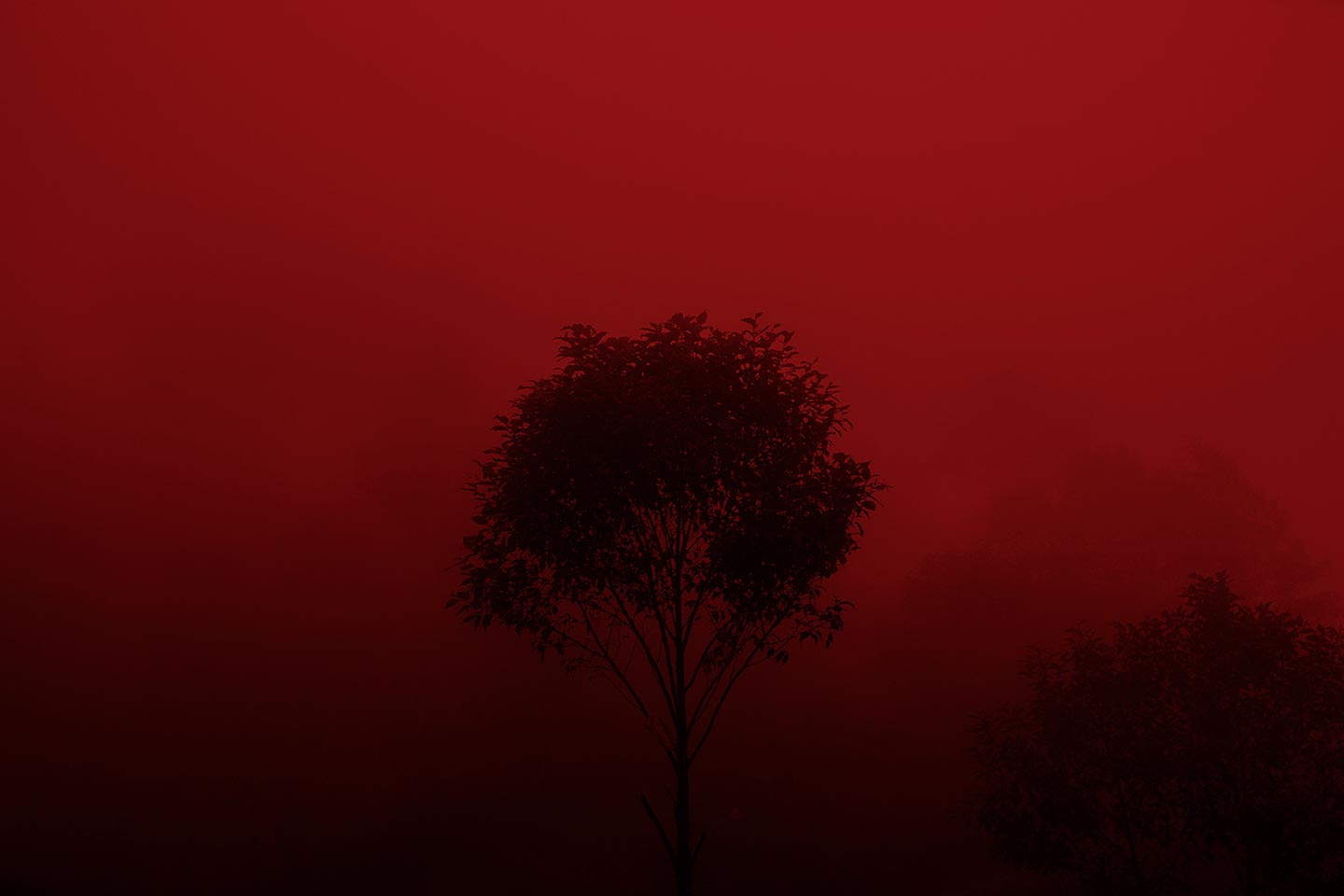 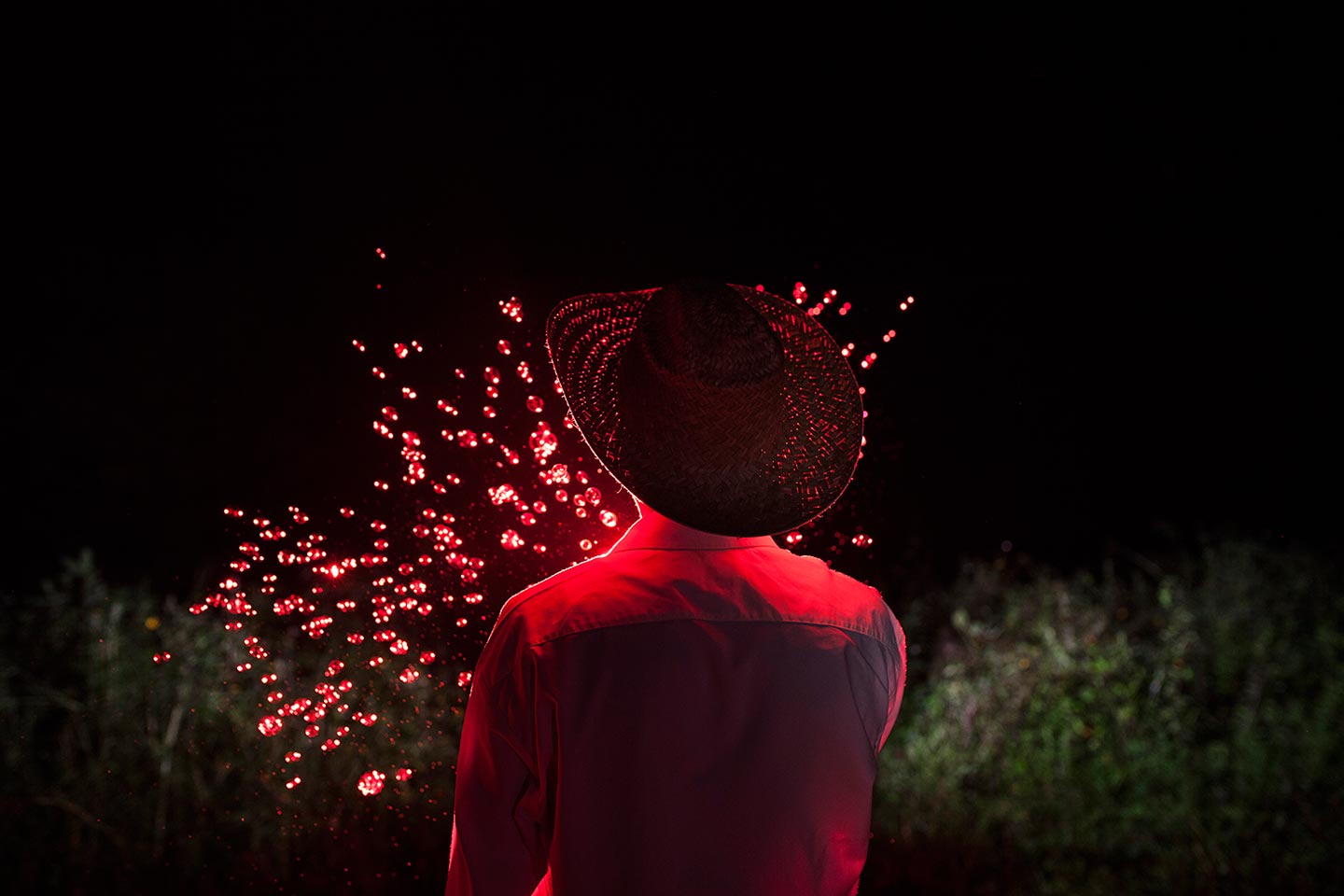 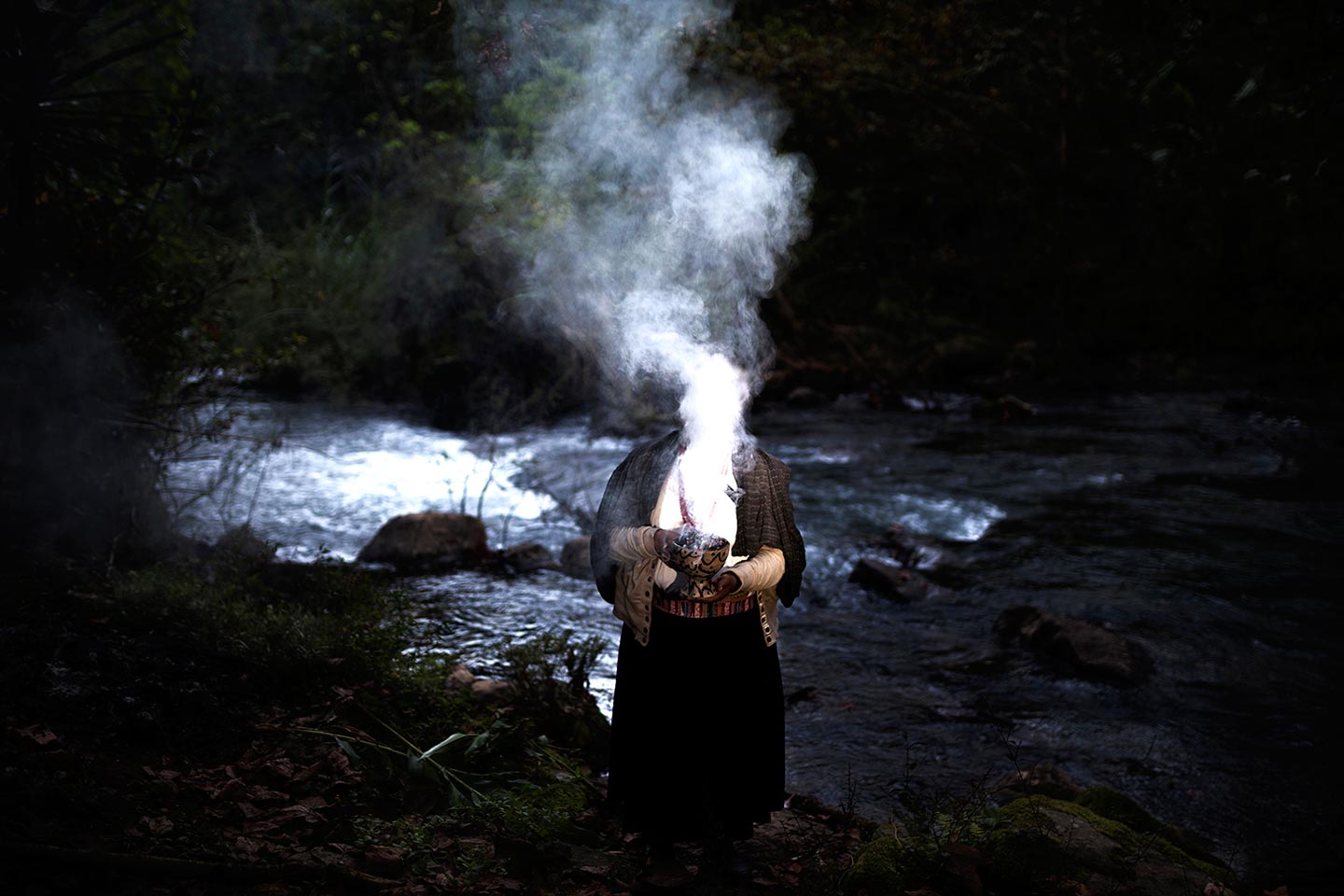 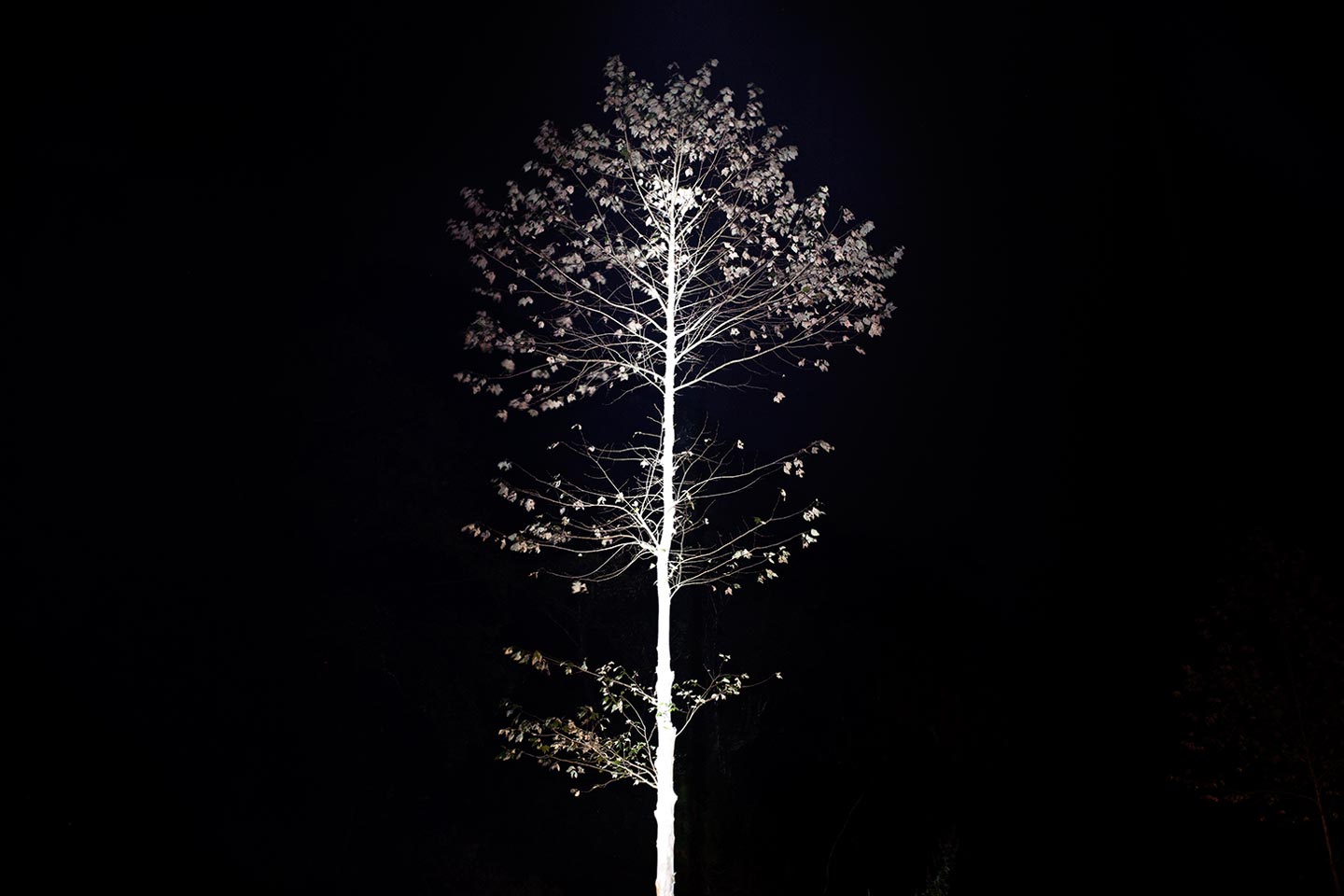 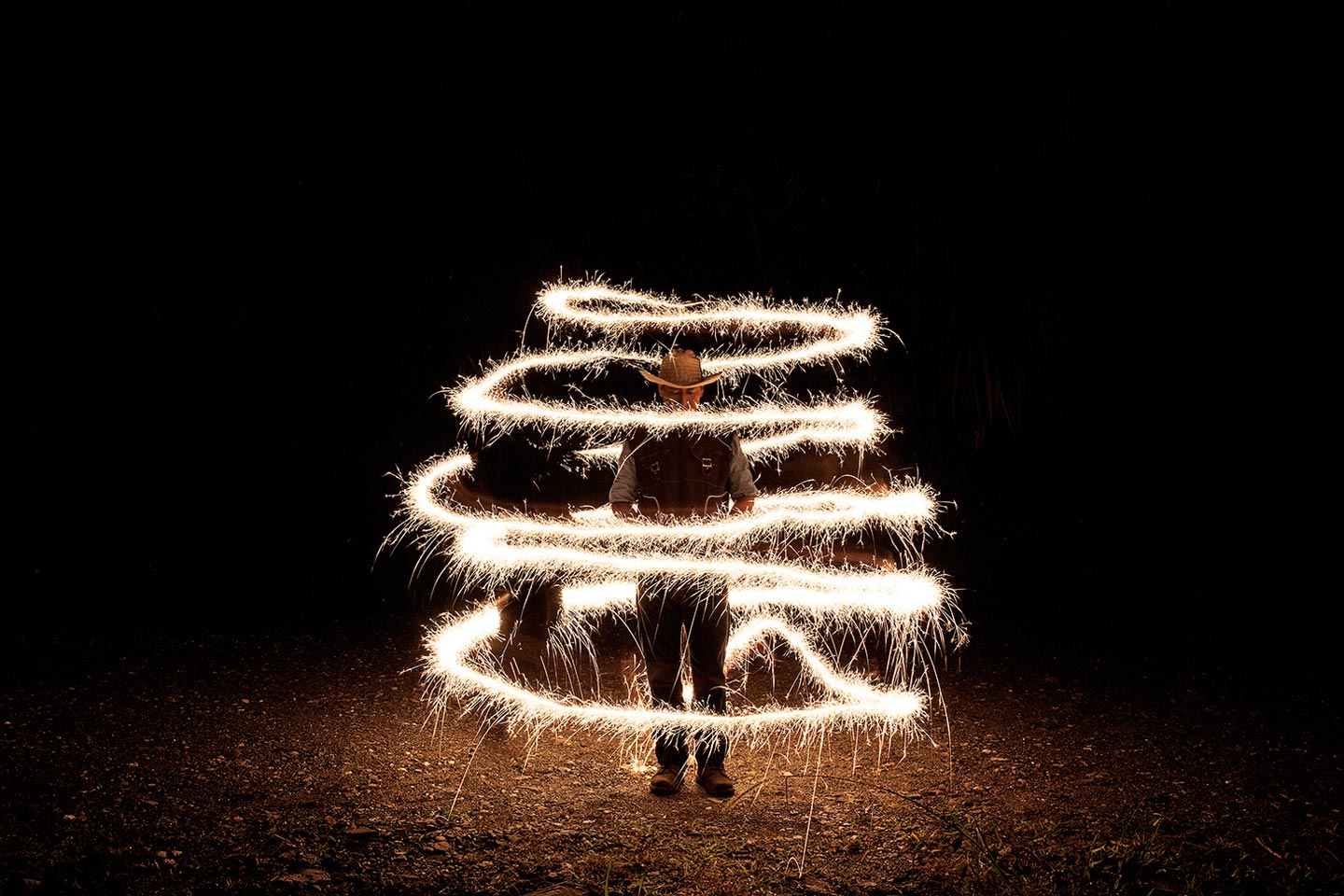 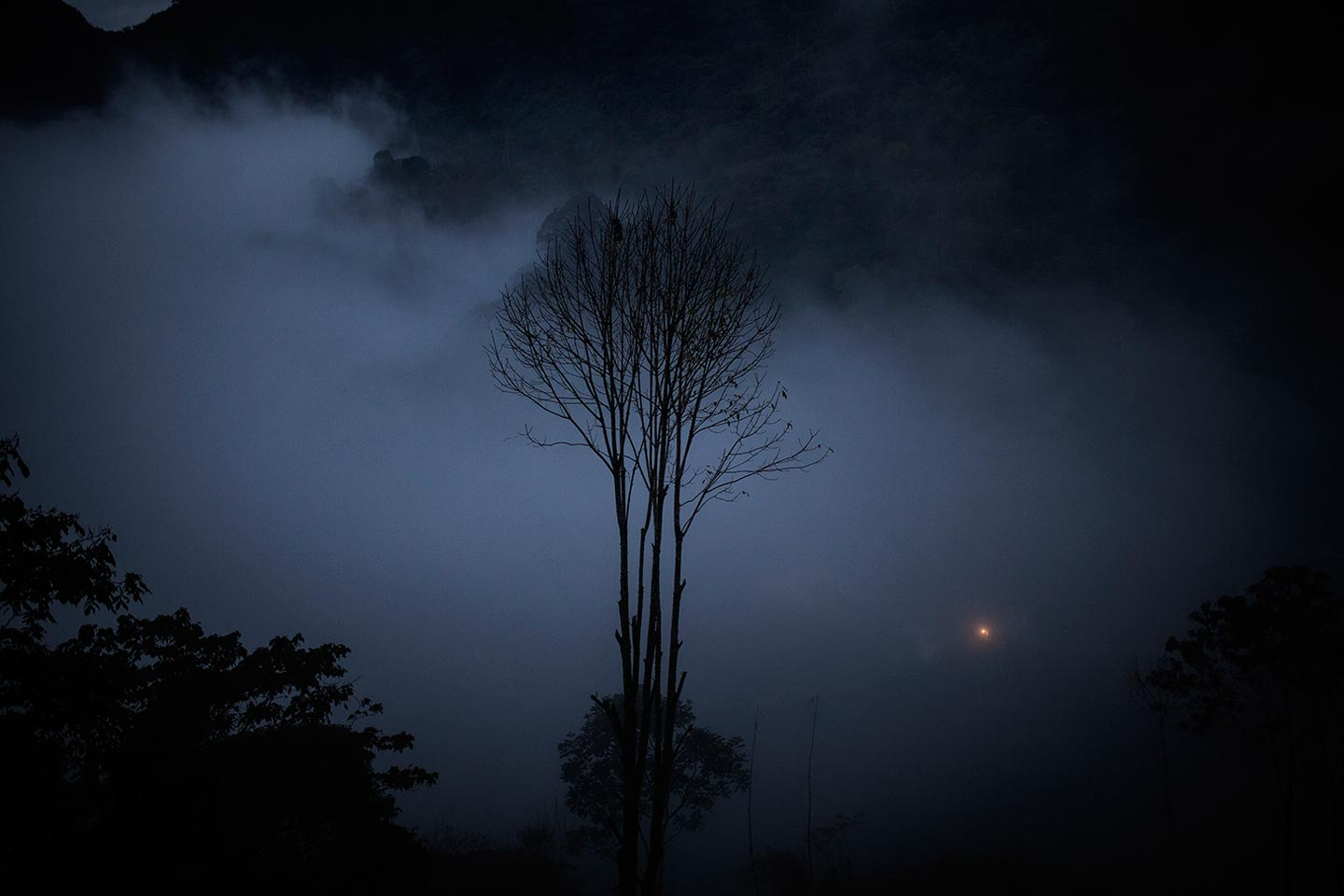 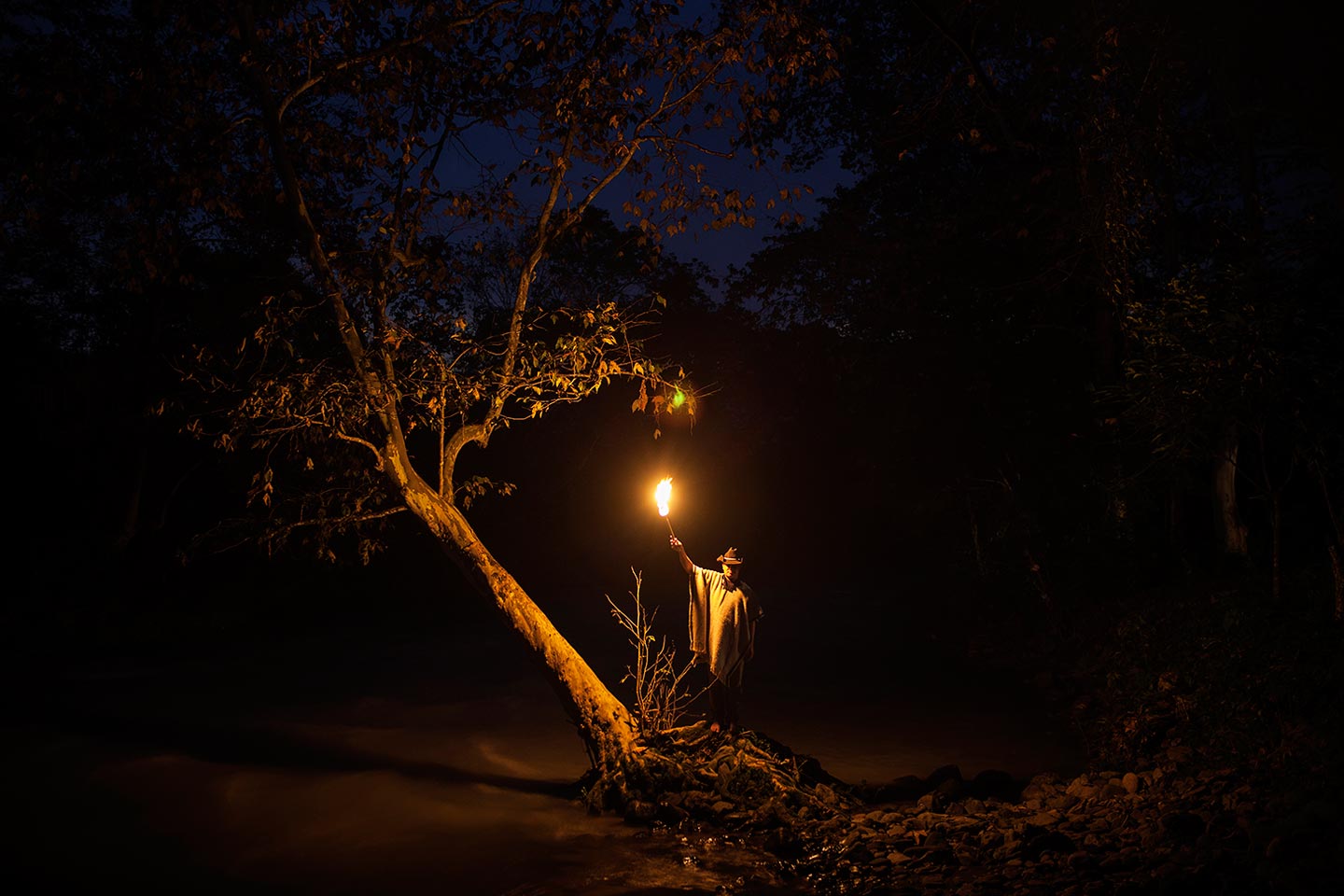 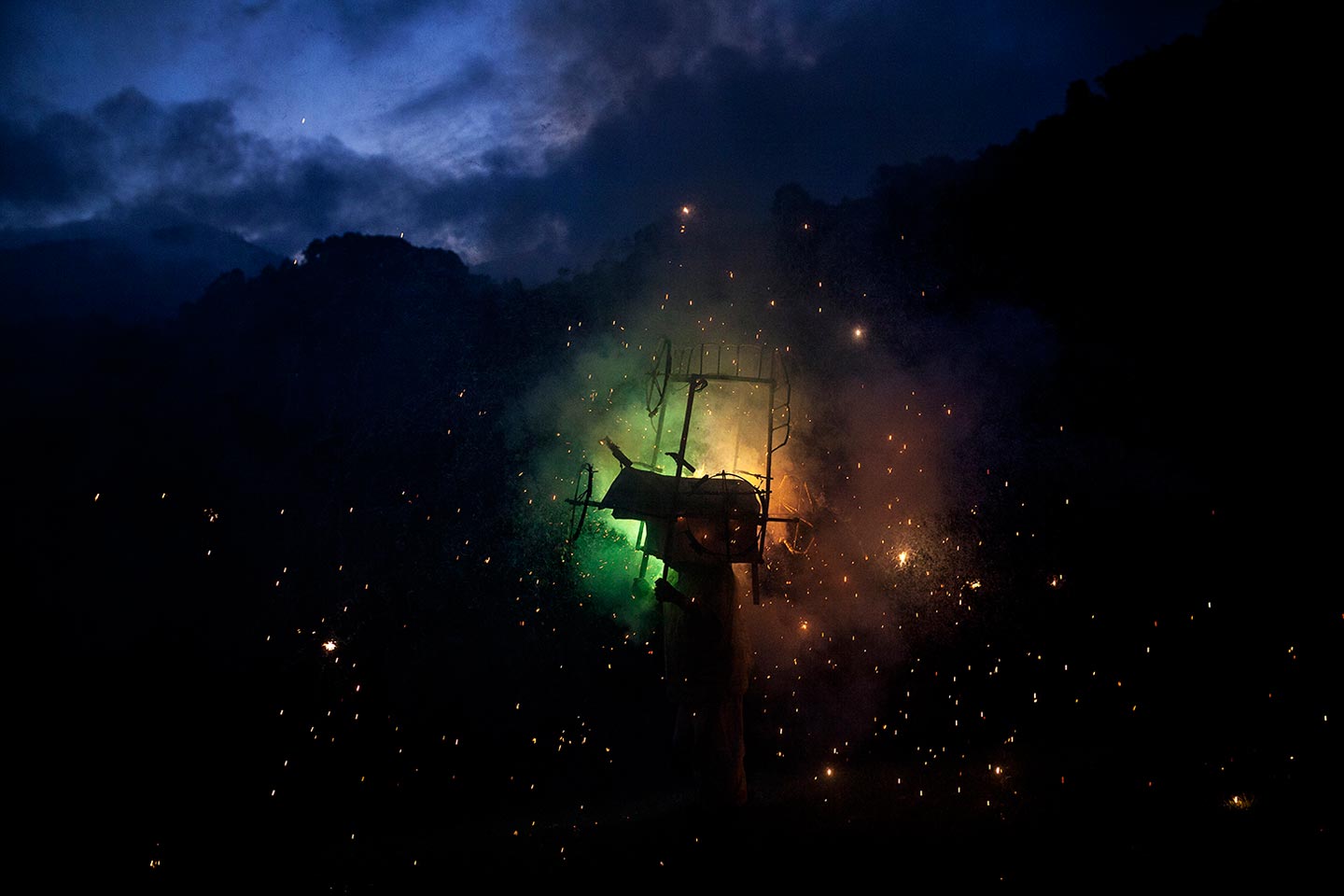 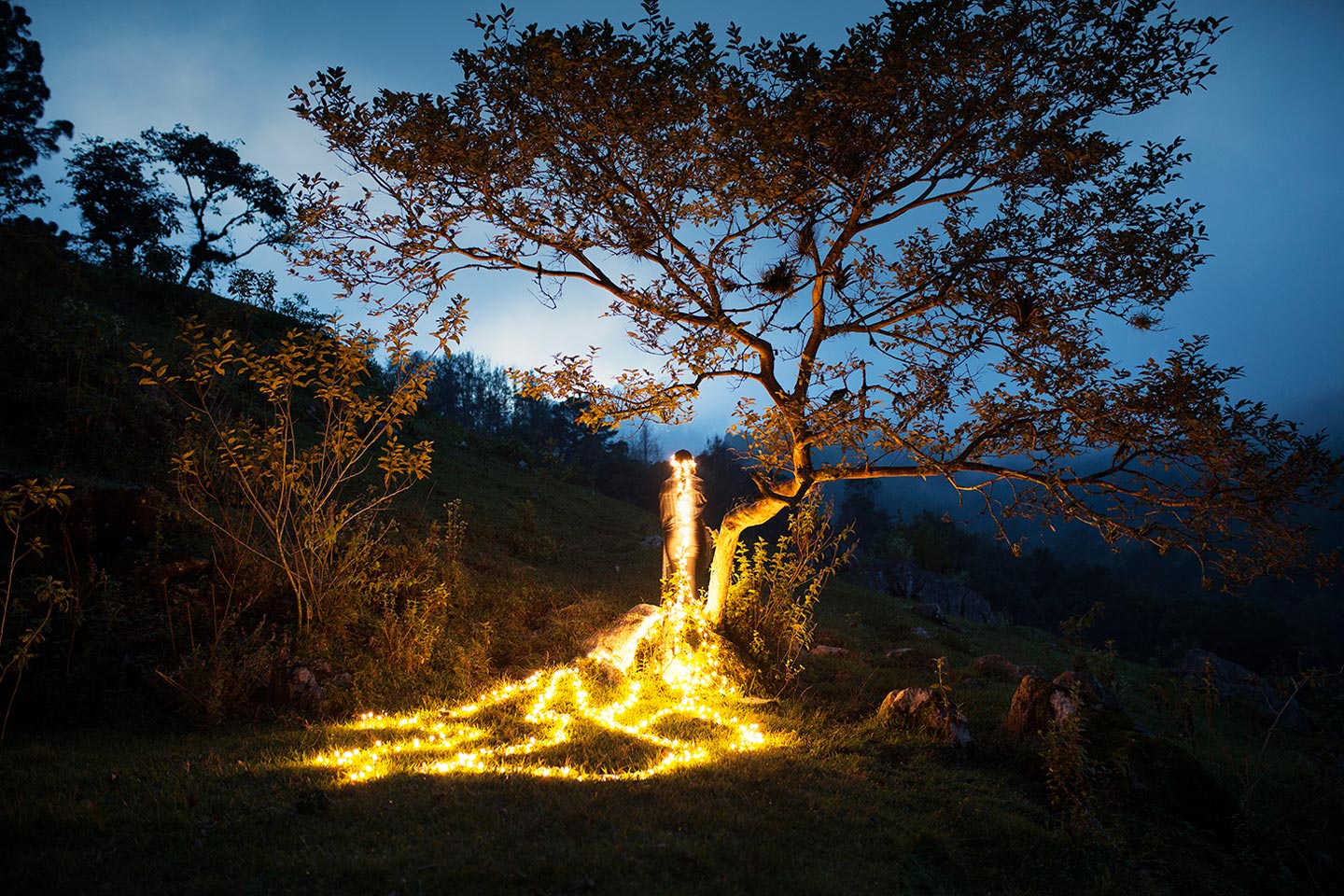 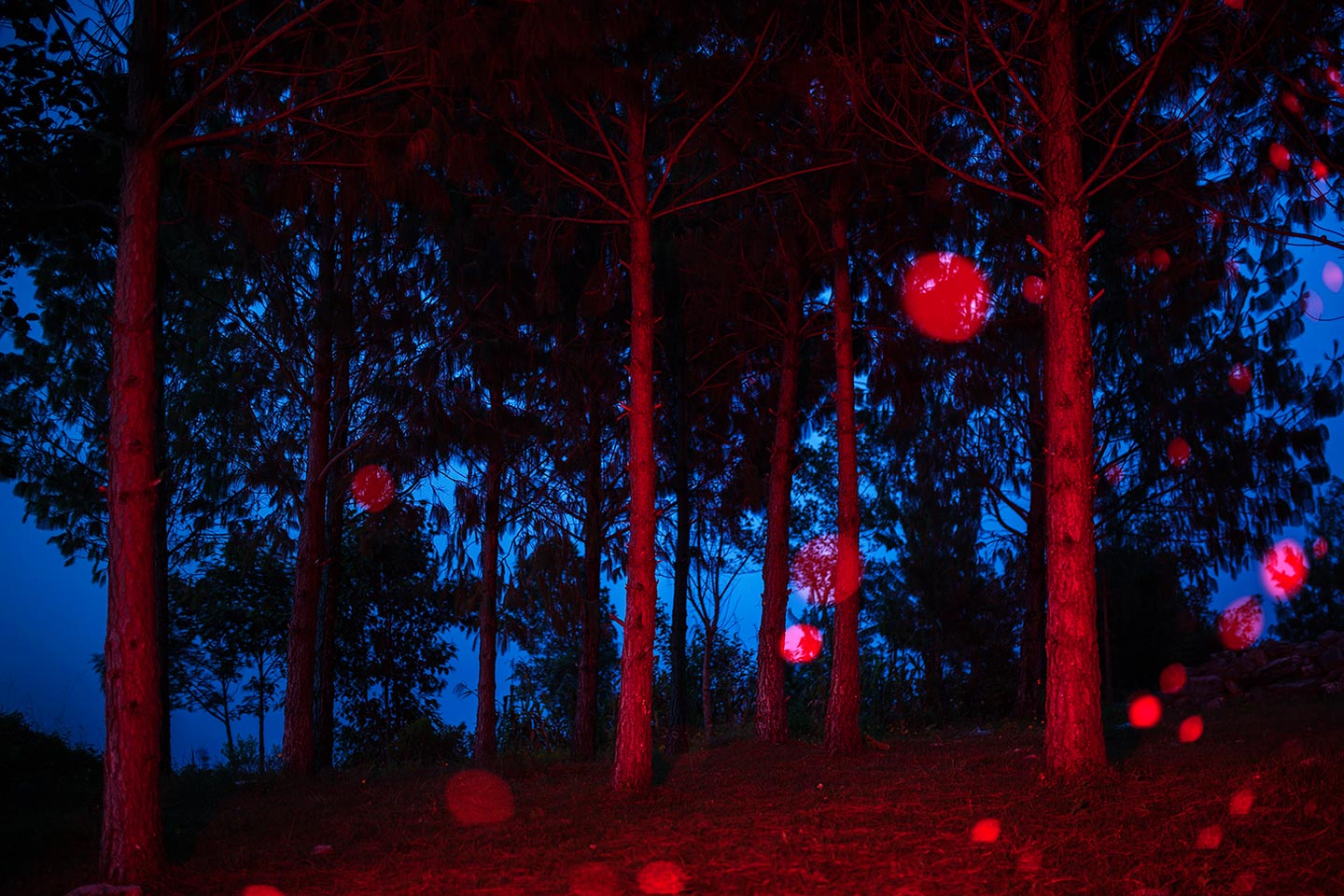 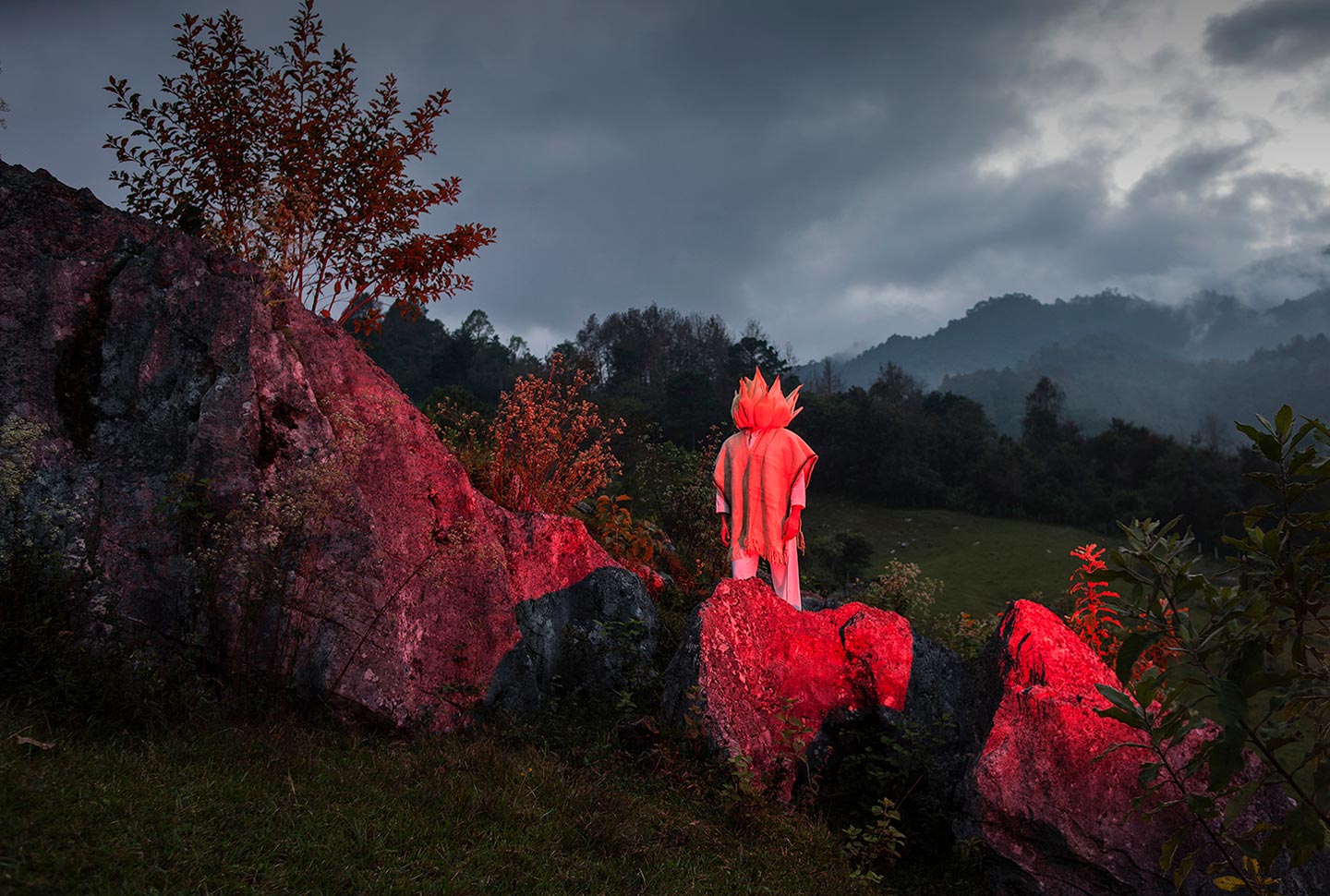 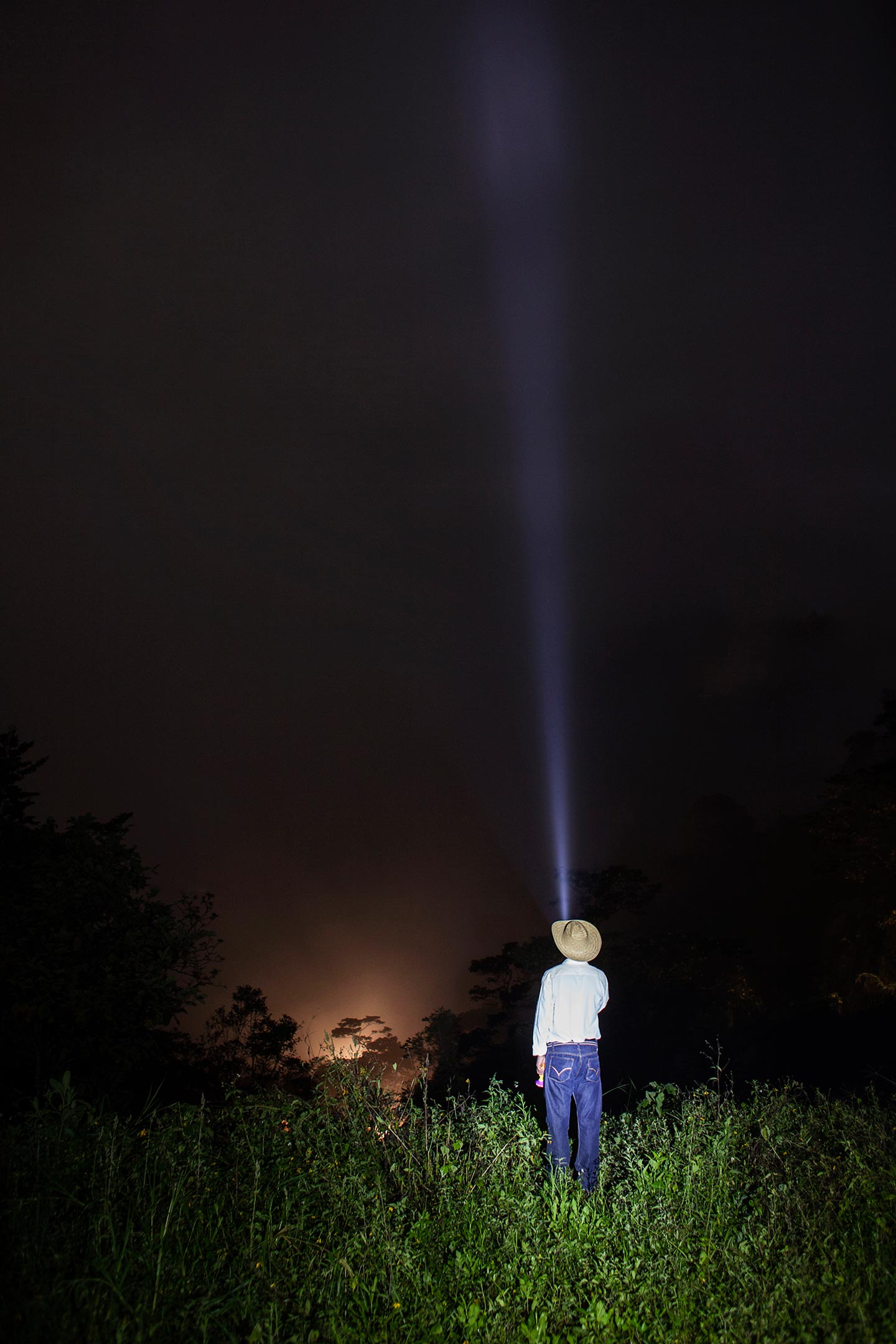 Ancient South American empires like the Aztec, Mayan and Inca are some of the most fascinating pieces of the history of human civilization. We can’t do but wonder how those peoples could have evolved if the Europeans hadn’t colonized their territories; but the richness of their cultures survived the centuries and has left a mark on the contemporary societies of South America. 37 year-old Mexican photographer Mara Sanchez Renero has recently initiated a new, ongoing series called Iluikak that uses a conceptual approach to explore the legacy of Mexico‘s indigenous culture on the country’s contemporary society.

Hello Mara, thank you for this interview. What are your main interests as a photographer?

The subject of identity has always interested me. I am fascinated to see how certain aspects define us as individuals or members of a community within a given context; and how those aspects, in different contexts, can become something else. Photography gives me the possibility to explore other human beings and myself; it can generate connections, associations, questions and proposals; it allows me to explore the boundaries between what is real and what is fantasy, to immerse myself in the possibilities of my imaginary being; it’s a vehicle that leads me to interesting places.

Please introduce us to Iluikak.

Iluikak is about the Nahua people, a Mexican indigenous community based on the Zongolica mountains, in the state of Veracruz. For a long time, the Nahua community remained isolated due to the difficulties of reaching the high mountains where they live. One of the consequences of their remote position is that their ancestral traditions were long preserved—some of them are still alive today. Iluikak speaks about the present of the Nahua people and the traces left on the current identity of their community by ancient aspects of their culture, like the constant dialog with nature and the worshiping of gods like the Rain, the Sun, the Earth, the Night, etc.

This project is like a fragrance—an attempt to extract the essence of certain elements. This is why I named it Iluikak, meaning “in the sky” in the Nahuatl language: the sky is a place where things are more ethereal, less defined, where the distinction between the past and the present is blurred.

What inspired Iluikak, and what was your main intent in creating this body of work?

The Aztec Empire was the last great Mexican empire before the country was conquered by the Spanish. The Nahuas represent a considerable legacy of Mexico‘s indigenous society; for example, with over one million speakers, the Nahuatl language is the most spoken indigenous language in Mexico. I’ve always wanted to get closer to the Nahua people and understand more about their culture and worldview as a way of discovering what is left of Mexico’s original culture in its contemporary identity.

In recent years, Veracruz has become one of Mexico’s most violent and corrupt states. Three years ago I had the opportunity to go to the Zongolica mountains, meet the Nahuas and discover their traditions. Witnessing that small, peaceful oasis within a state full of injustices, I felt the impulse to do a project in that specific place and to collaborate with the Nahua community to examine the legacy of Mexico’s indigenous identity that still exists, almost unconsciously, in our present culture, even though we may identify it as something that belongs to our past.

Can you talk a bit about choosing to shoot in the nature and the different light sources you used in the images? More generally, how do the pictures reflect your ideas at the basis of the project?

Nature is always a part of my projects. I think the natural environment we live in is an essential element of our identity, something that directly influences what we are. Emphasizing this aspect is something I’m strongly interested in: I have a feeling that we are becoming less and less aware of the importance of nature, and thus increasingly neglect the planet that we inhabit. This is why, when I speak about identity, I also speak about territory.

Light and color are also elements I often use to express the conceptual ideas behind my projects. In the specific case of Iluikak, I wanted to use light as an element that would connect the dots within the project. Perhaps it’s the most important element of the work, the one that brings focus on certain things or tries to show something within an imprecise atmosphere. So I’ve decided to make the light coming from different sources (fire, flashes, flashlights, etc.) stand out.

To what degree did your human subjects contribute to making the images?

For Iluikak, photography has become a meeting point, a collaborative activity. My main interest today is in the Mexican territory and society; Mexico is a country that still has a lot to say and with so many issues to discuss. But even though I work on current topics related with the Mexican society, my photography is about constructing images using a fantastical or allegorical language. I feel the need to express my personal point of view, through my own imagination. However, involving my subjects in the making of my pictures is essential, so collaborating with them is very important to create a connection and a mutual empathy.

Do you have any specific references or sources of inspiration in mind while working on Iluikak?

Iluikak is teaching me to let myself get carried away, to embrace accidents and to improvise in many ways: working on the mountains forces you to be flexible on many occasions—things don’t always go the way you want them to.

Before and during the work I have researched the ancient Nahua worldview as well as the community‘s past and present history. My images are a synthesis of all these information mixed with the impressions I get as a result of being with the Nahua people, and the accidents I have to work off on. It has definitely been a very interesting way of working, and it keeps changing as the project progresses.

How do you hope viewers react to Iluikak, ideally?

My intention with Iluikak is to take aspects that we know and recognize from a specific context, and recontextualize them under a new point of view, as if it were a game. I hope viewers get carried away by that.

I believe that my greatest influence is my own need to know and understand the world. The human being has always seemed to me a very complex and at the same time fascinating creature. I am also intrigued by the possibilities of visual narrative, and the vast range of tools it offers to tell stories.