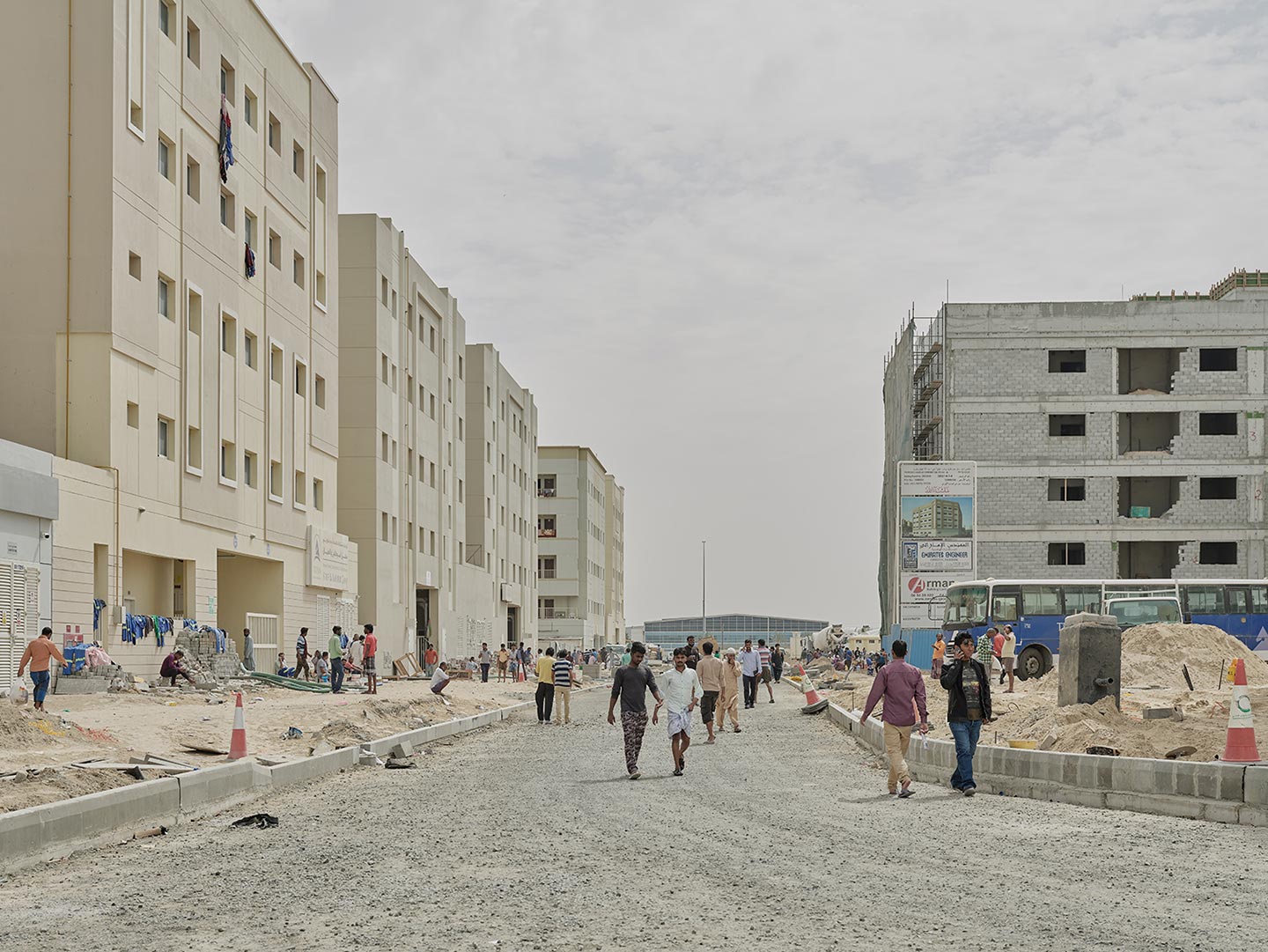 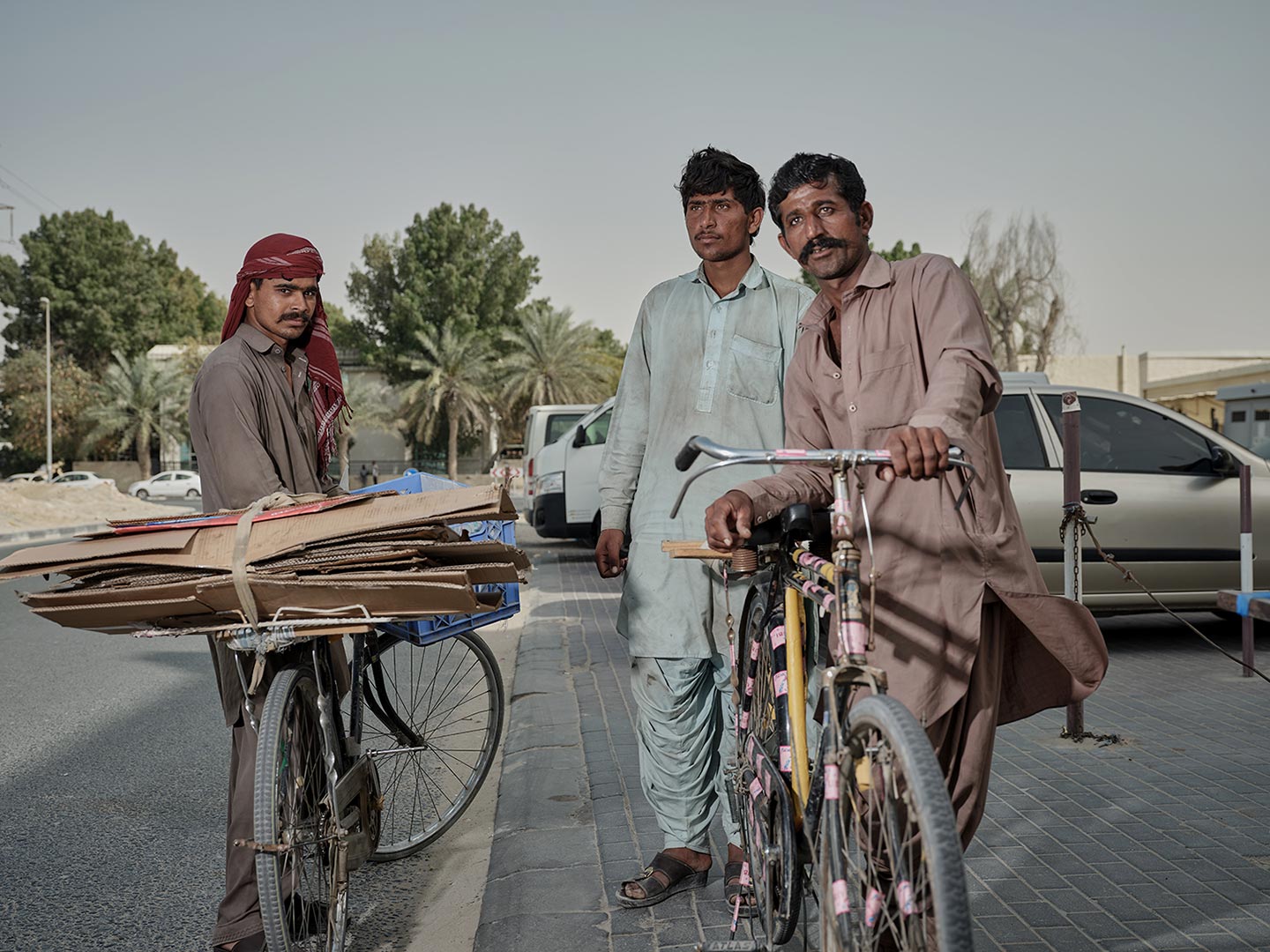 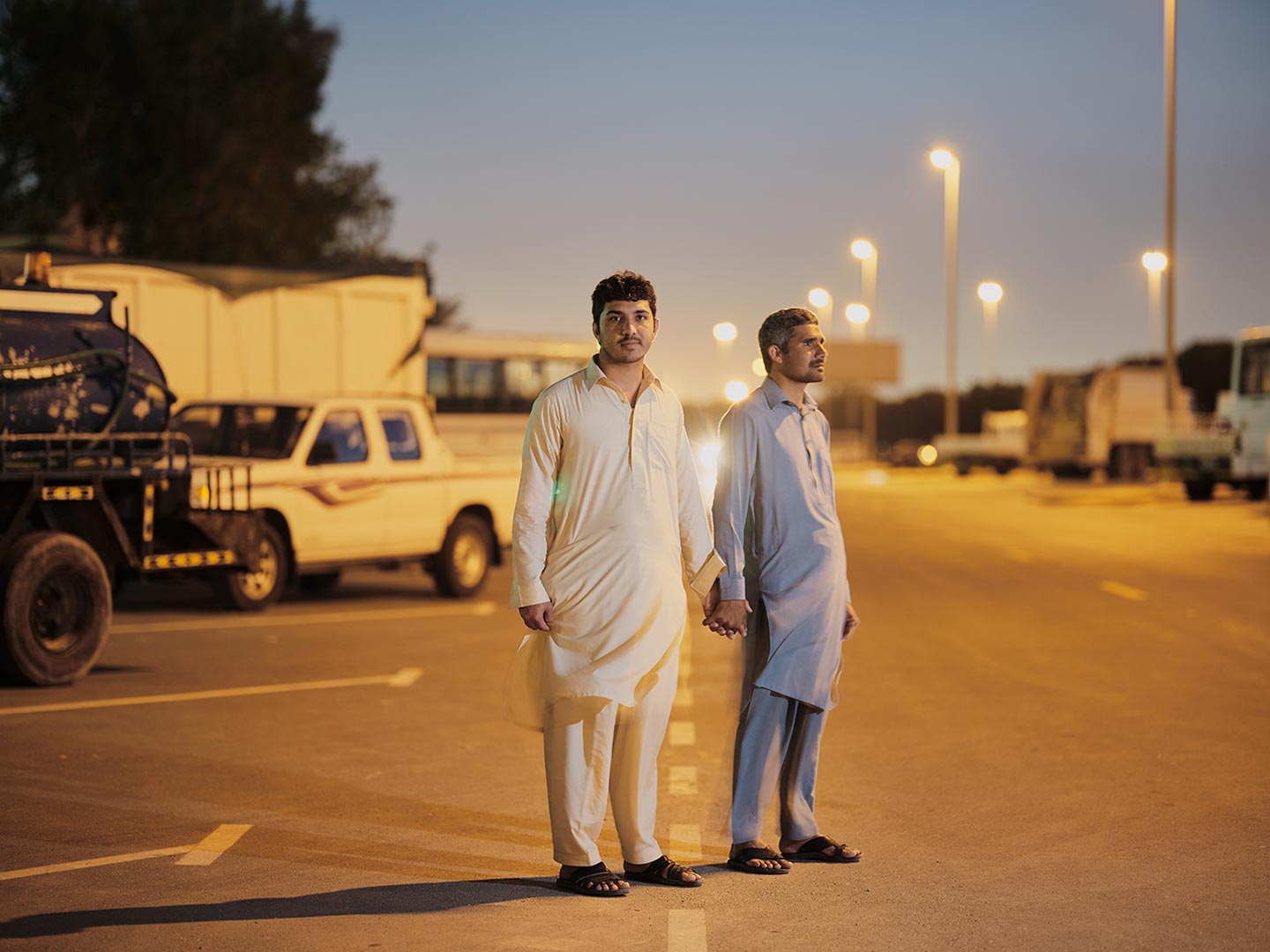 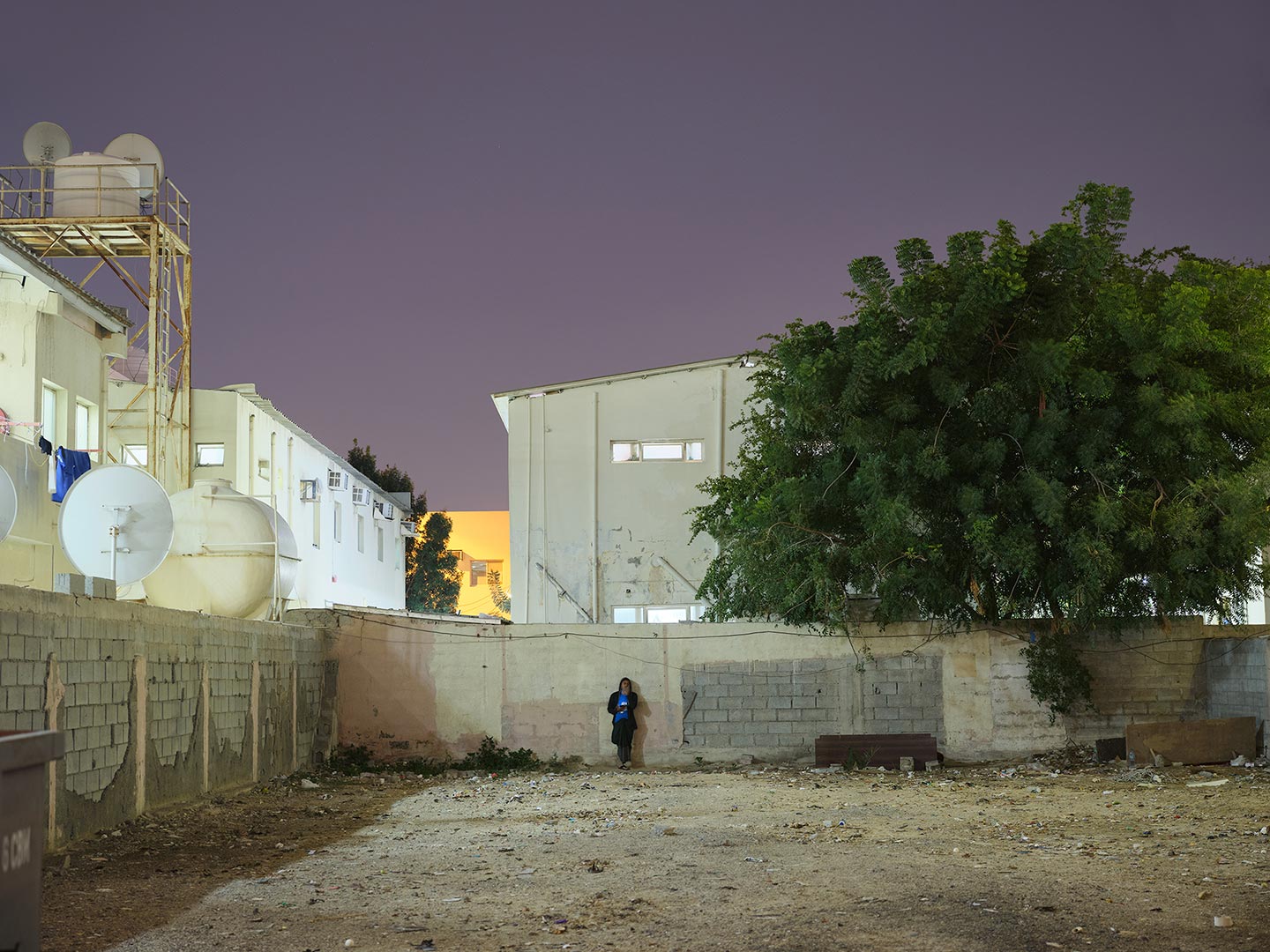 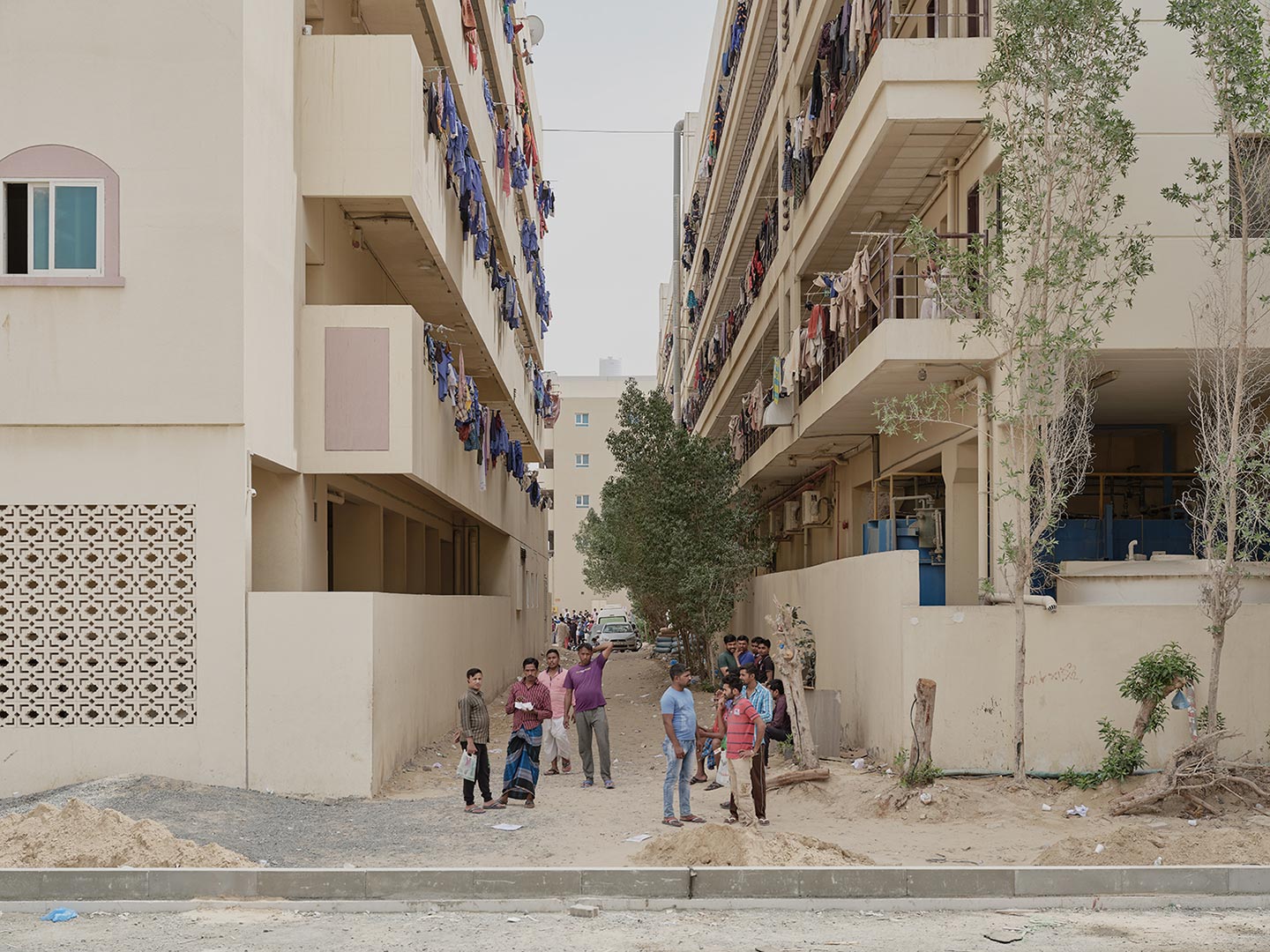 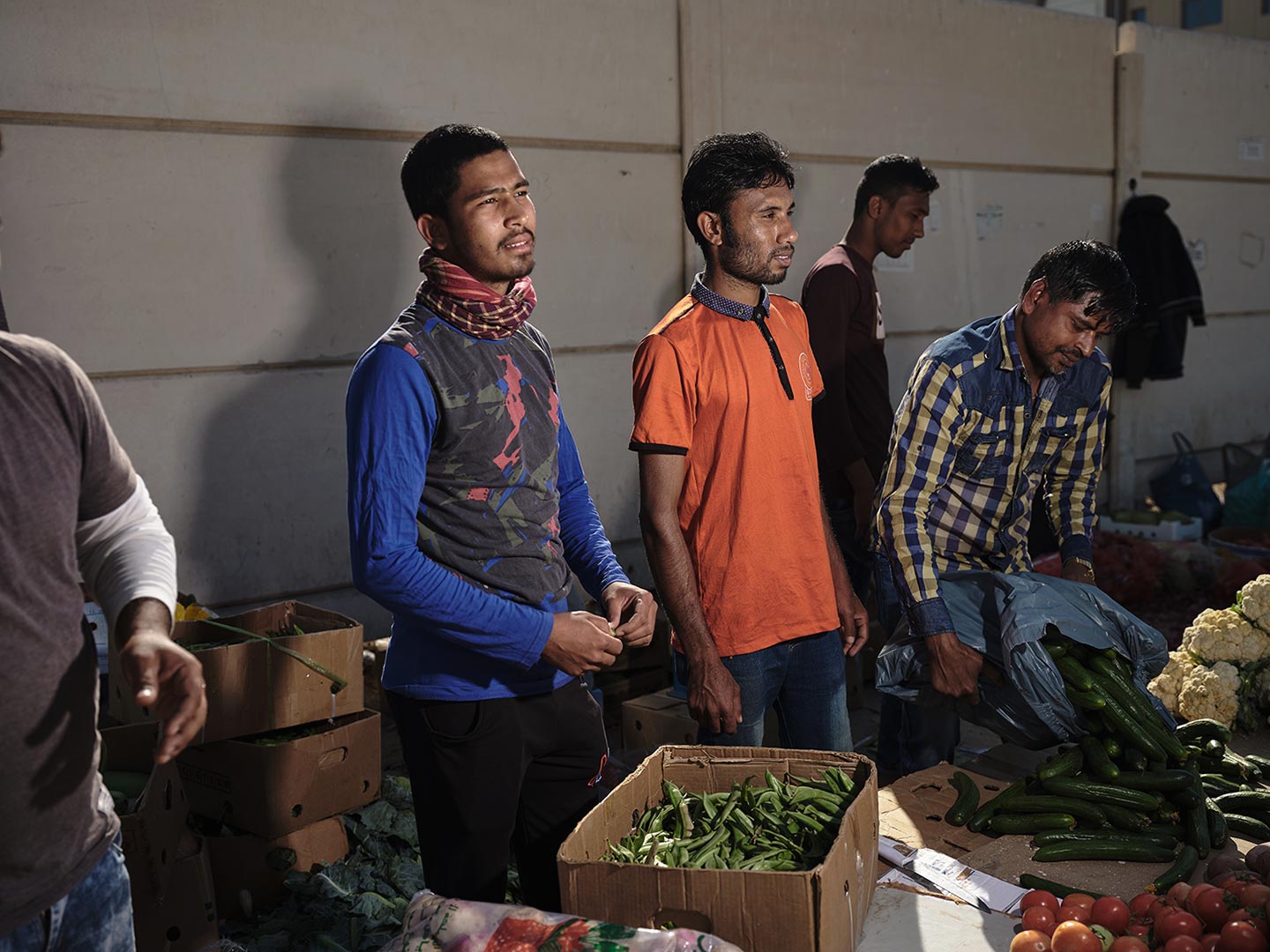 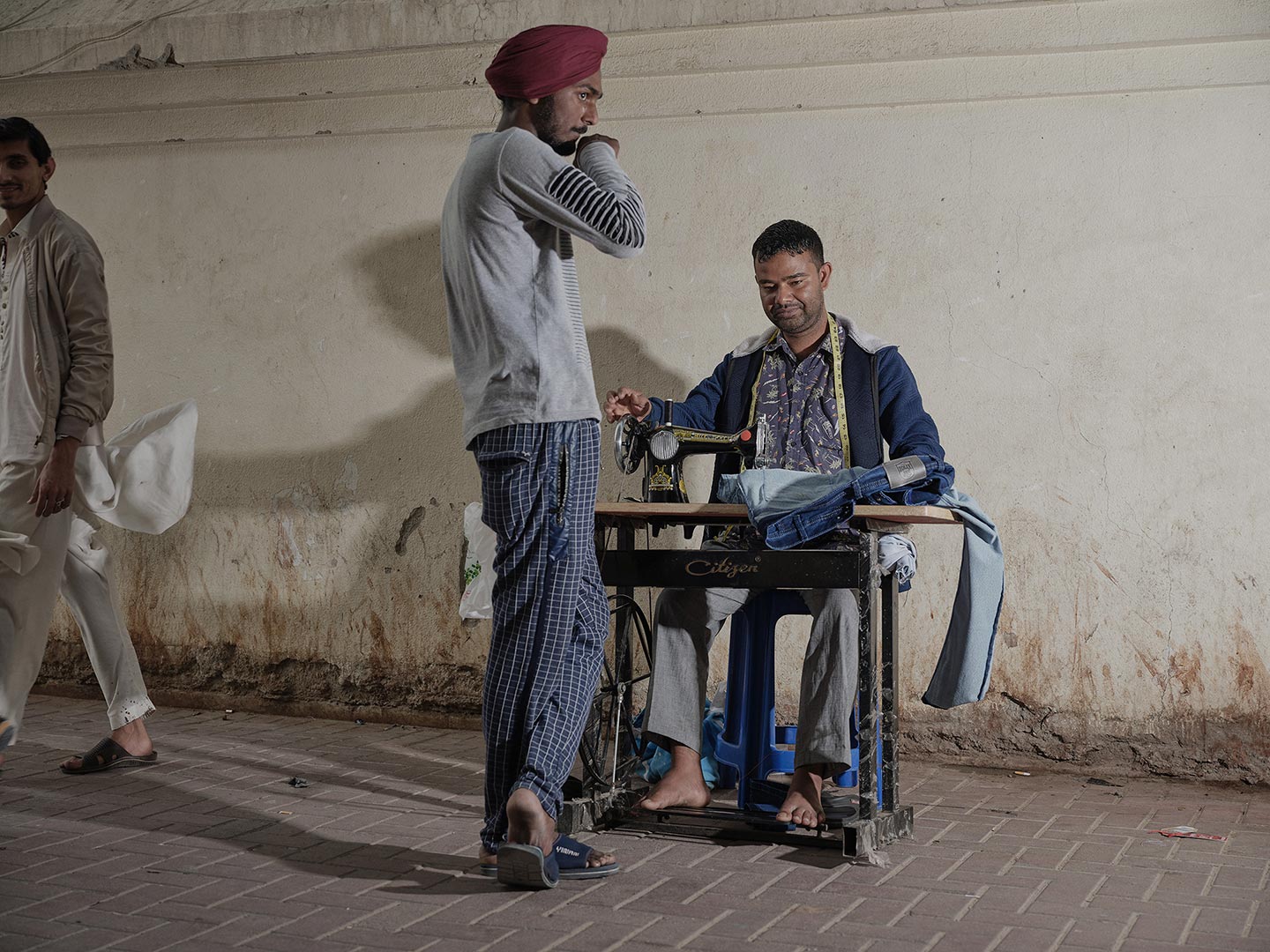 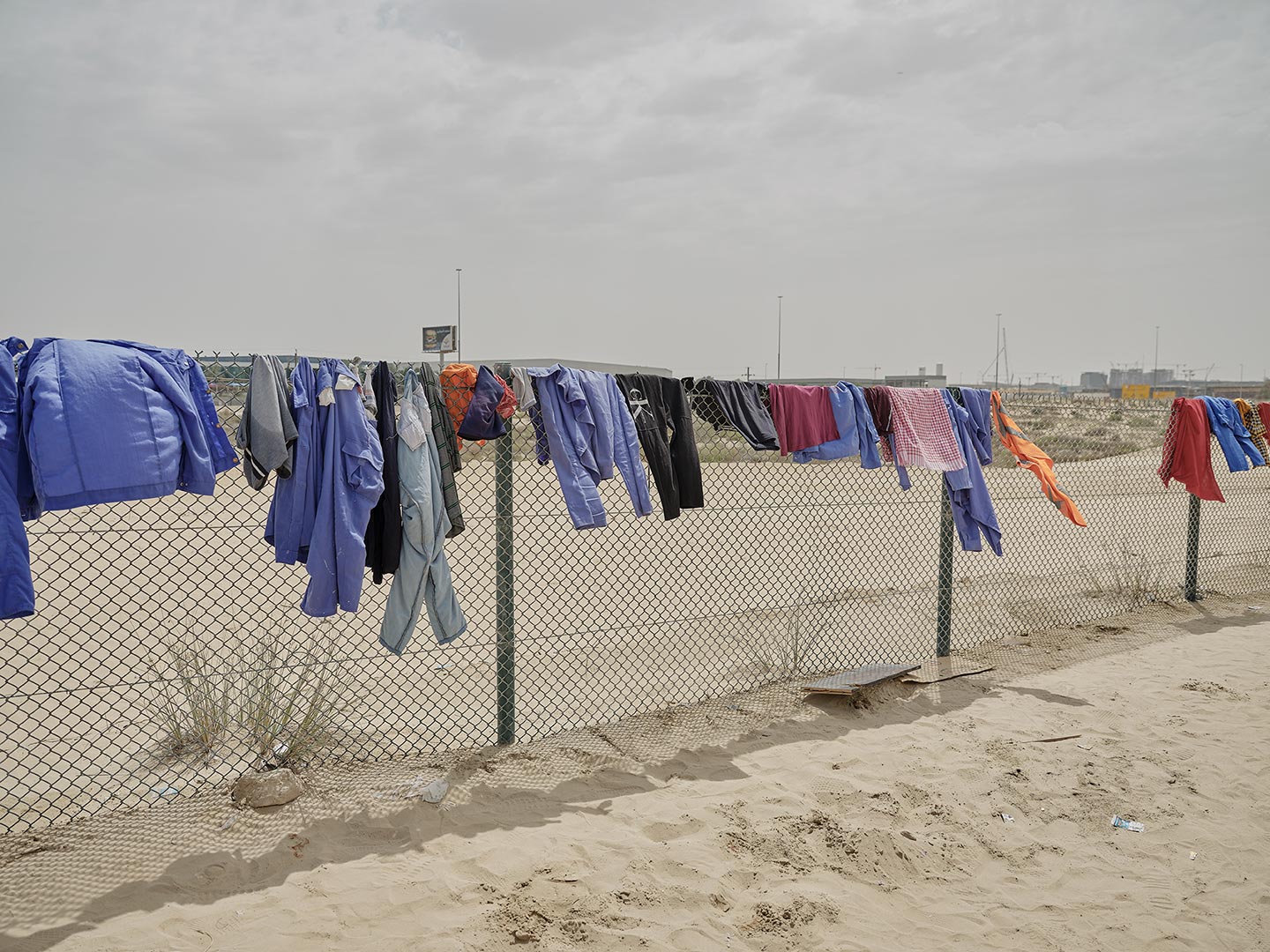 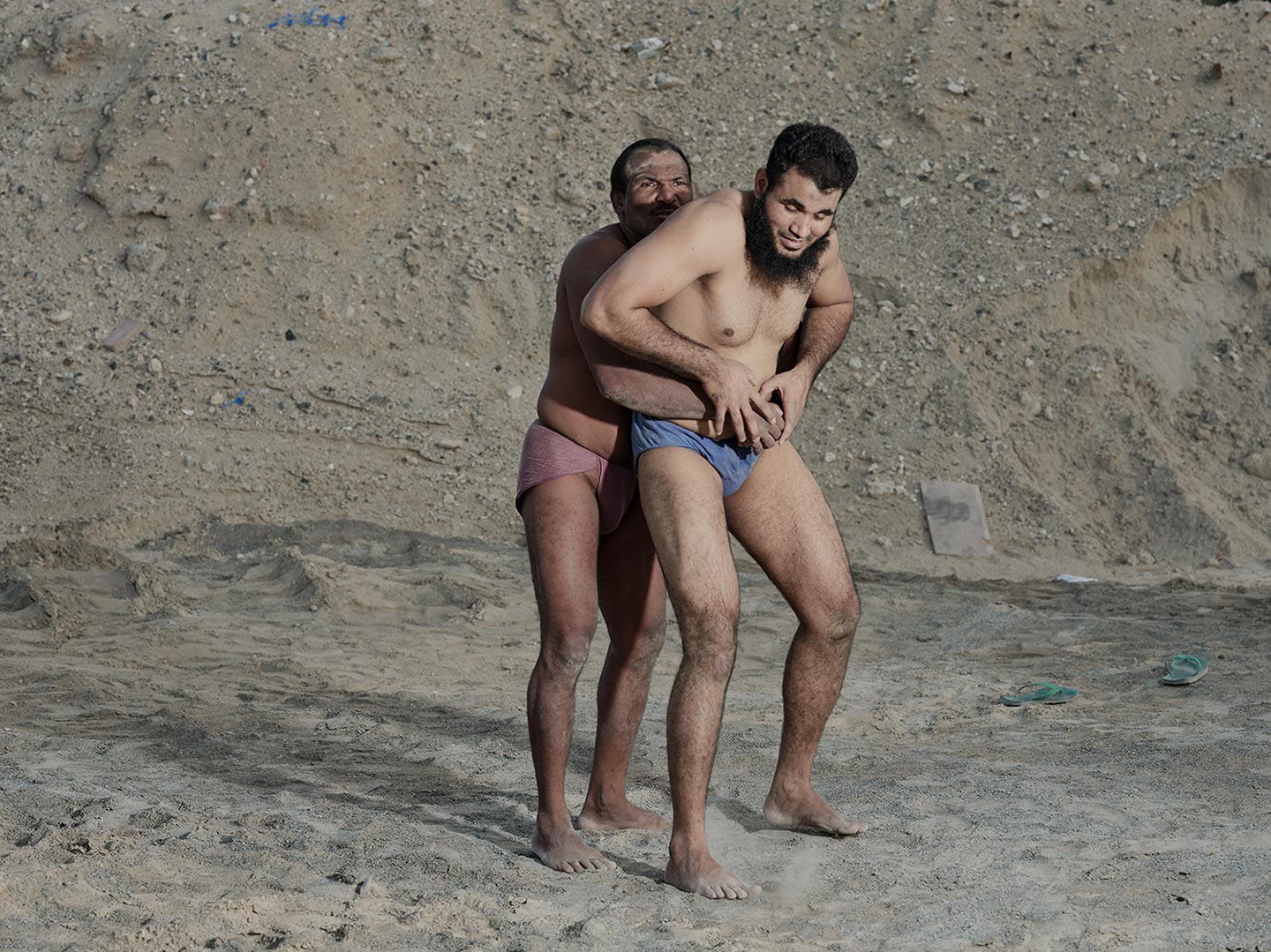 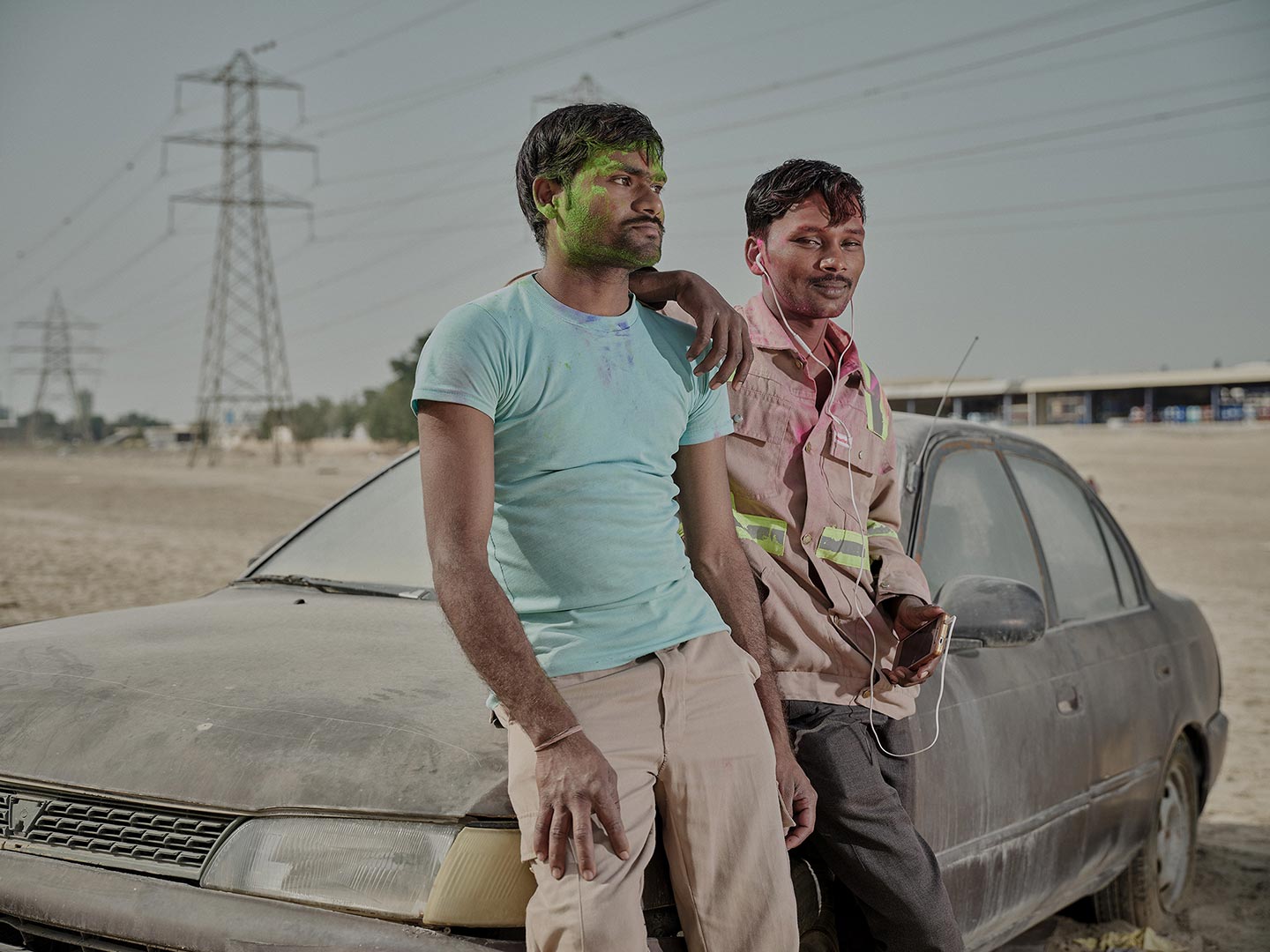 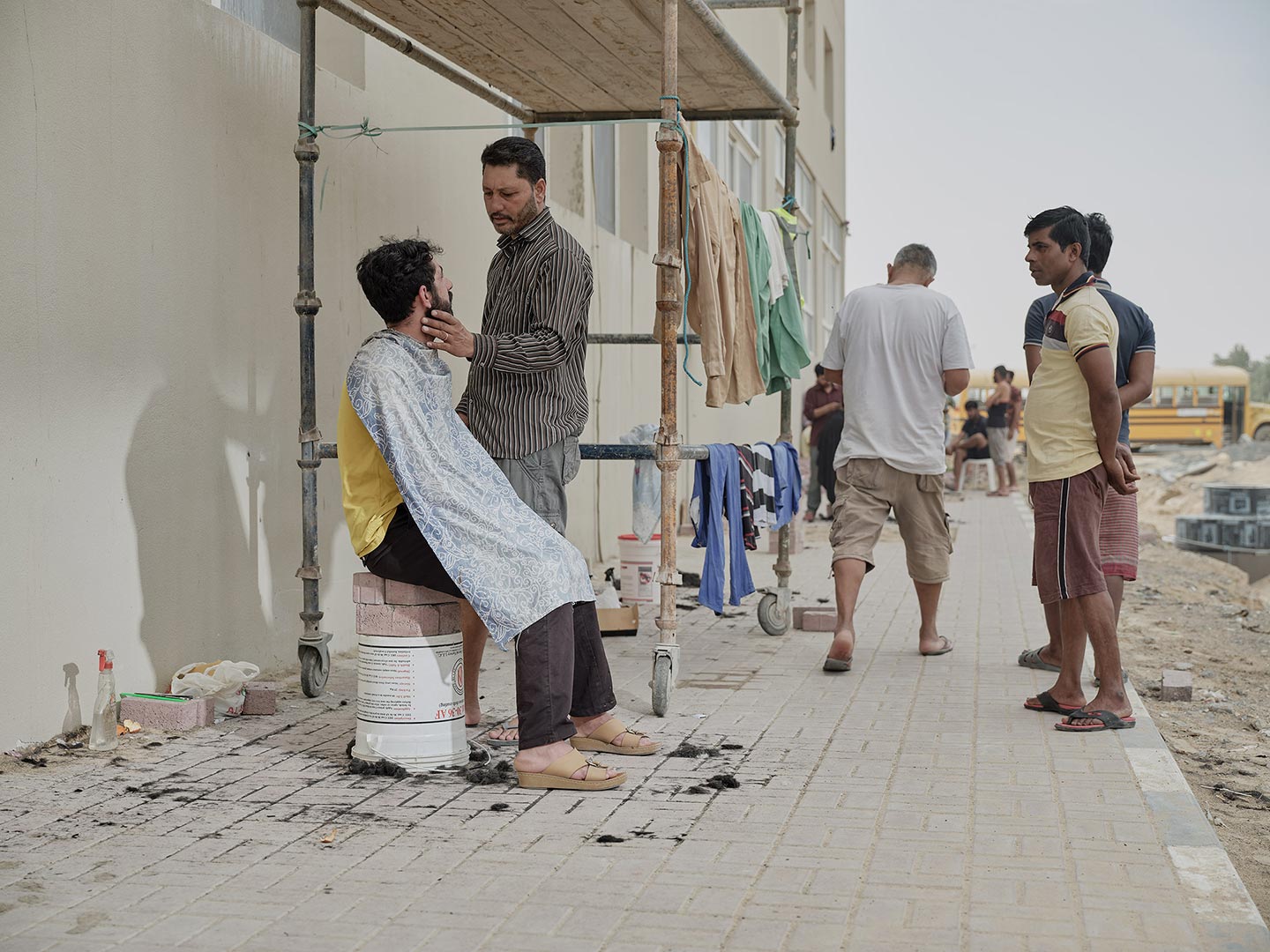 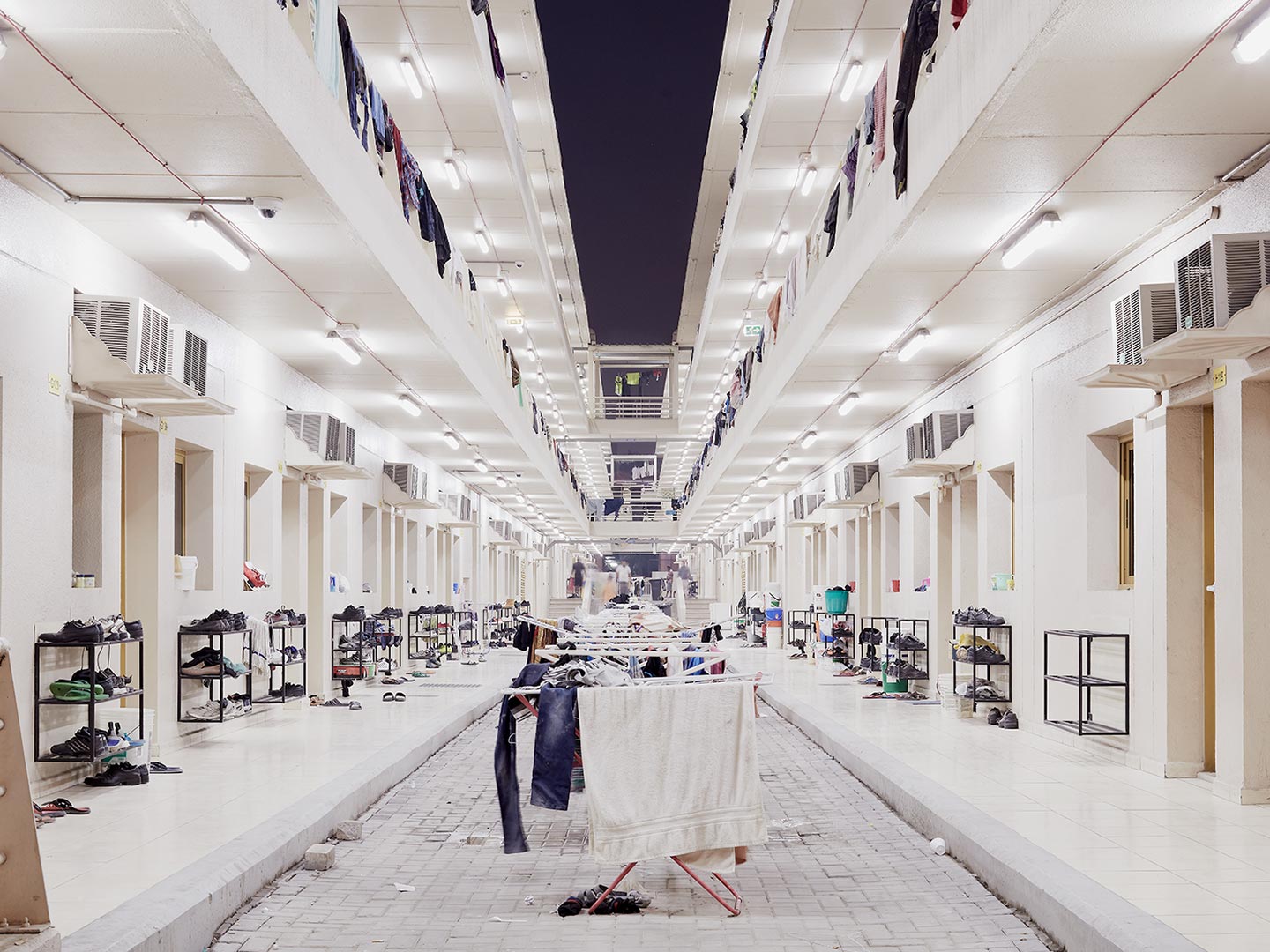 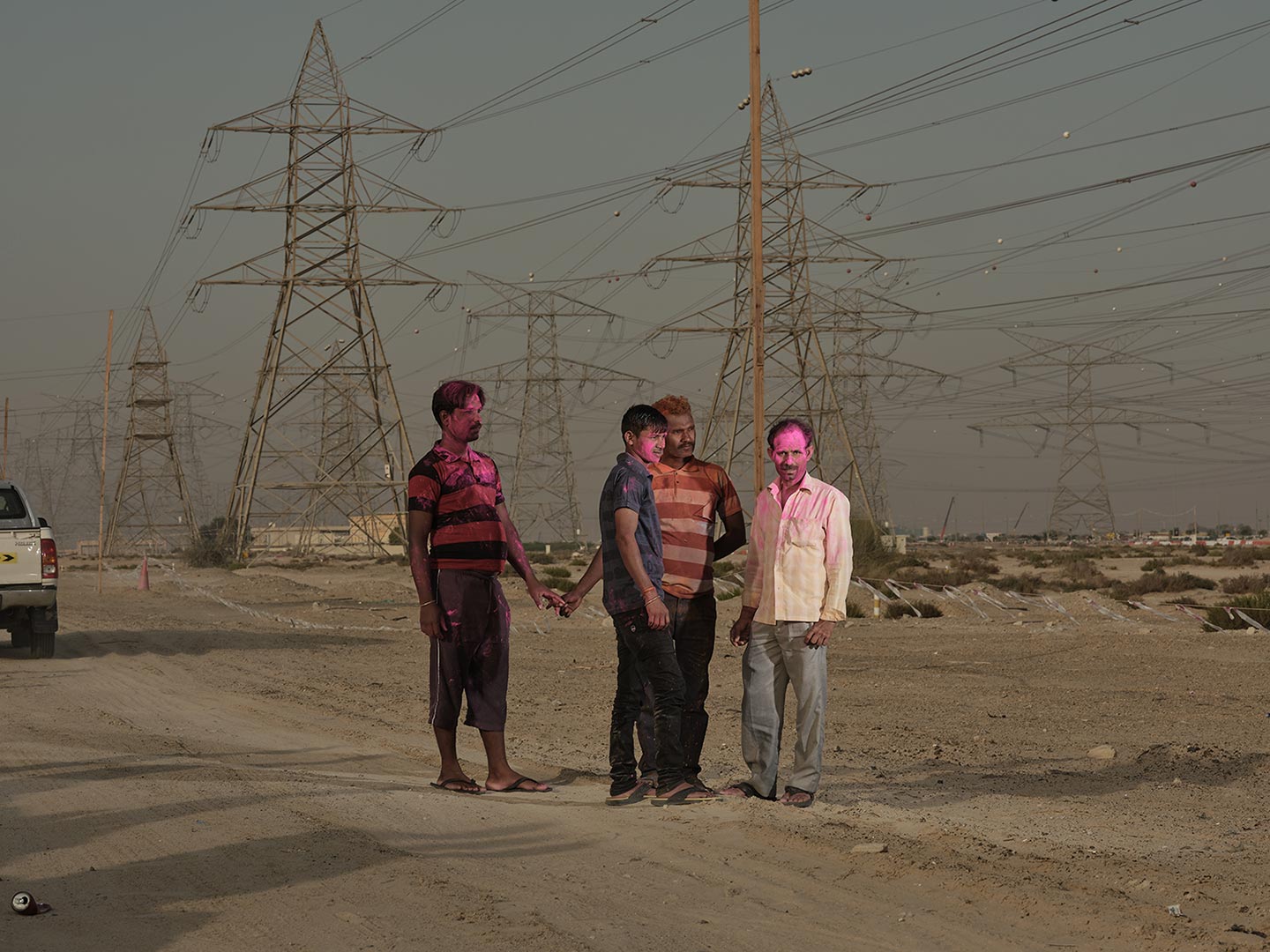 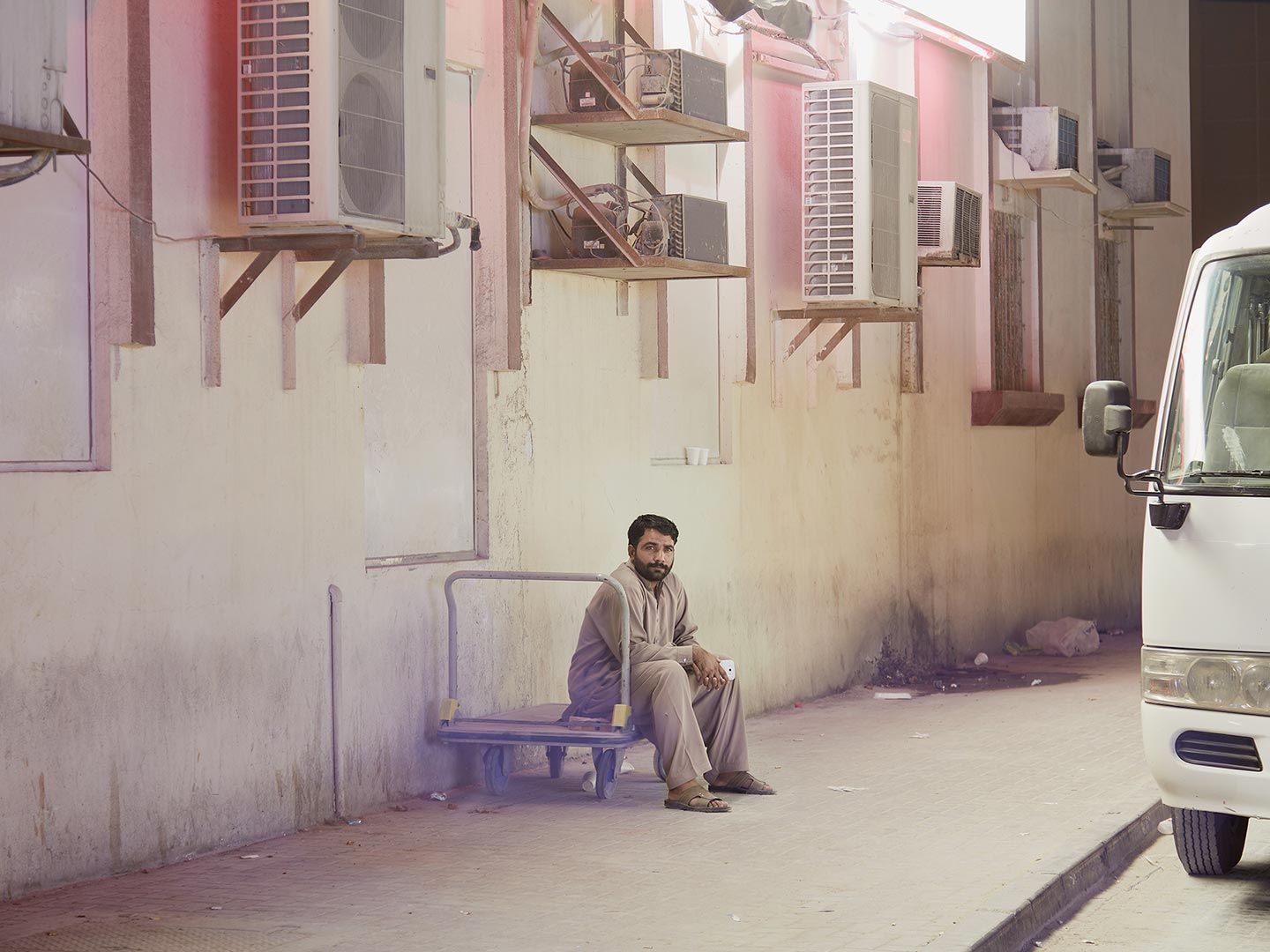 The Hands That Built This City by 40 year-old British photographer Polly Tootal is a series of images of the workers living in labor camps in Dubai. “These people are mostly men” Polly explains, “and work mainly in the labor and hospitality sectors, earning very little. I am interested where they live in Dubai, what their environment looks like, and their relationships to one another considering they live hundreds if not thousands of miles away from their families.”

Polly started this project in 2018, when she had the opportunity to visit Dubai: “I went with the intention of photographing the city in some way, but I wasn’t sure what or how in particular, so I started walking and driving around looking at things. Everything amazed me. There were enormous construction sites everywhere. Initially I photographed laborers working at night and made some photos of building materials in the dark. I started thinking more about how the city of Dubai has sprung up so fast and is growing at an unprecedented rate, however I was aware of the issues and injustices regarding the workers who were building the city, so I was intrigued to find out more. I decided to drive to a labor camp area.”

“Dubai’s labor camps are dotted around the outskirts of the city and are removed from sight: tourists who go to Dubai will probably not come across these places. On my first visit to one of the camps, straight away I was struck by the fact that I was the only woman there amongst thousands of men—it was a very odd feeling. The landscape and buildings in this place were a world away from the skyscrapers I had seen in the city: the streets weren’t paved and the buildings looked like something between tenement blocks and prisons. It was arresting and I was compelled to start taking pictures. Initially I wanted to focus on the architecture of the camps to try and tell the story through the buildings and streets, but it was obvious those images weren’t saying enough. I returned a year later to focus on the subject further and started taking pictures of the workers, too.”

“The light in the United Arab Emirates is amazing, I was drawn to the subtle beauty of the colors created in the sky as the sun went down as well as the artificial light coming from the buildings. I couldn’t have taken such images in London, where I live, because London doesn’t have many of the elements I was fascinated by: the desert, the sand, strange repetitive buildings, big skies and incredible light. I was trying to keep away from a classic documentary street photography approach by focusing on these elements predominately, but people crept into the images organically and I was open to that. The photos turned into a story about people and place, how these workers inhabit their environment and what it looks like. That is why all the photos are taken outside: I have seen journalistic images shot inside the labor camps but I wasn’t interested in exposing anything like that. After starting the work I realized there were so many interesting scenarios to find—I just kept looking for people who intrigued me.”

Polly’s main interest as a photographer is “getting out into the world and never stop looking at things, talking to people, exploring the planet.” Her first influences were the New Topographics photographers, “but now thousands of photographers and images influence me. I’m also inspired by music and travels.” Some of her favorite contemporary photographers are Taryn Simon, Richard Mosse, Max Pinckers and Catherine Hyland. The last photobook she bought was Knives by Jason Koxvold, and the next she’d like to buy is Deana Lawson: An Aperture Monograph.

Choose your #threewordsforphotography:
The. Quiet. Riot.