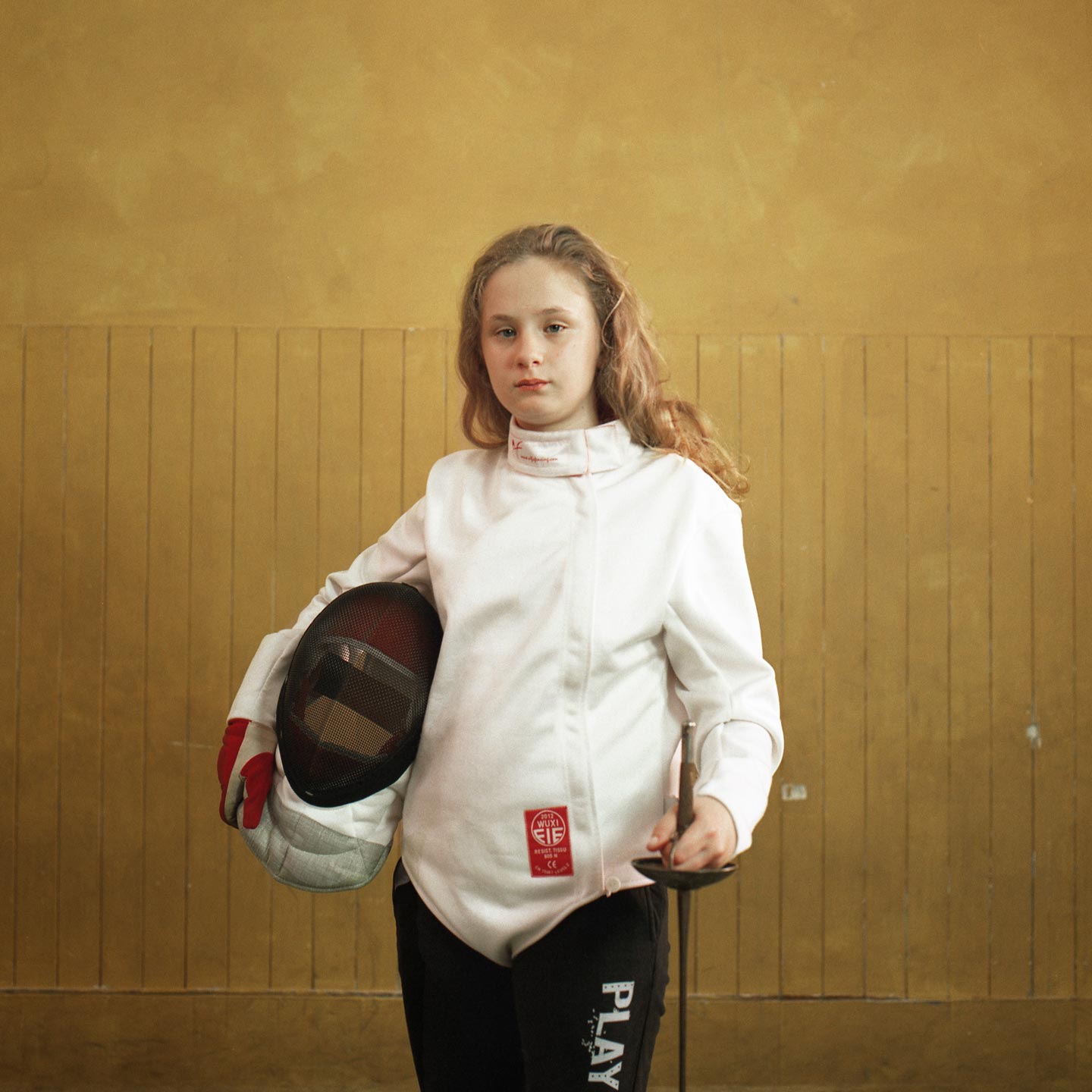 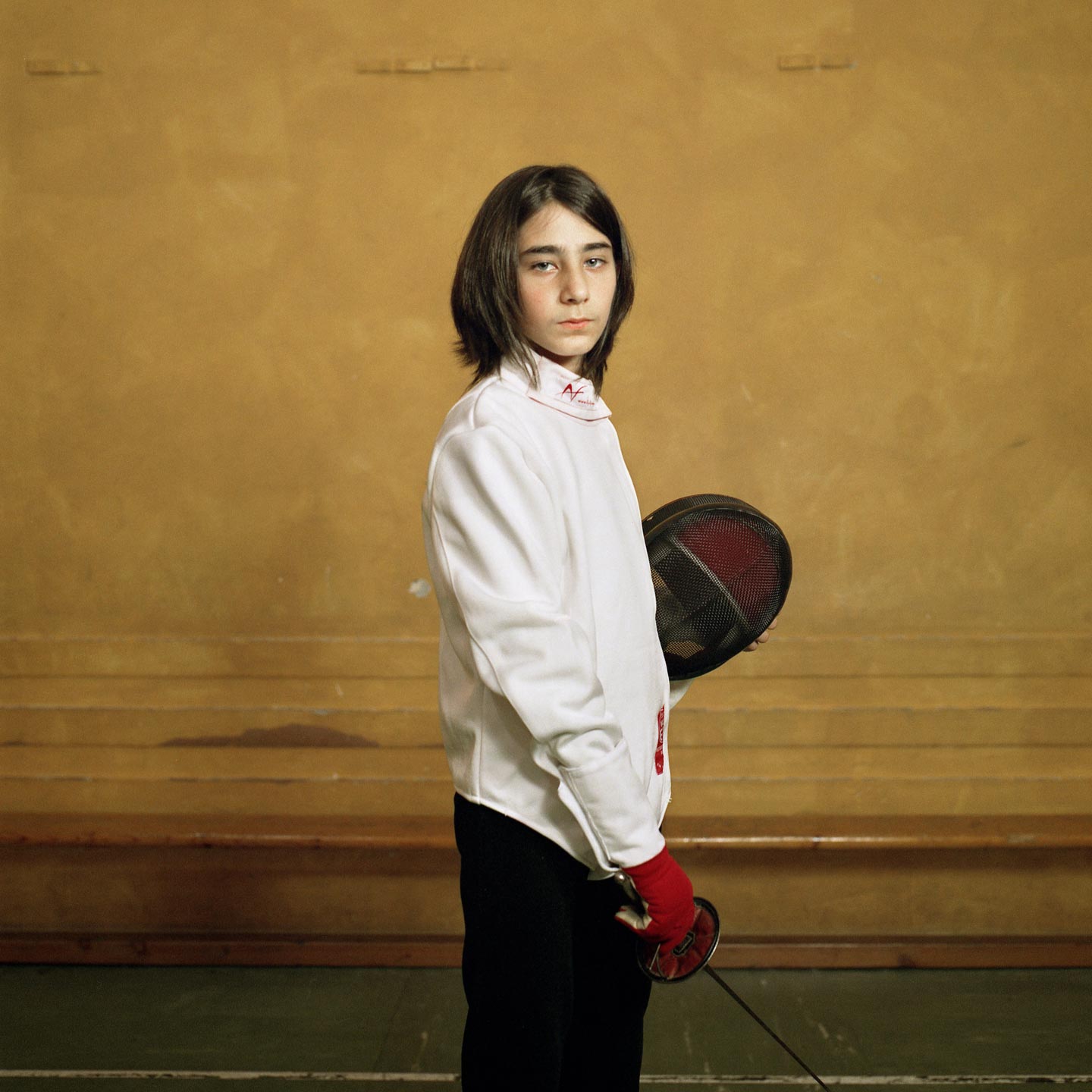 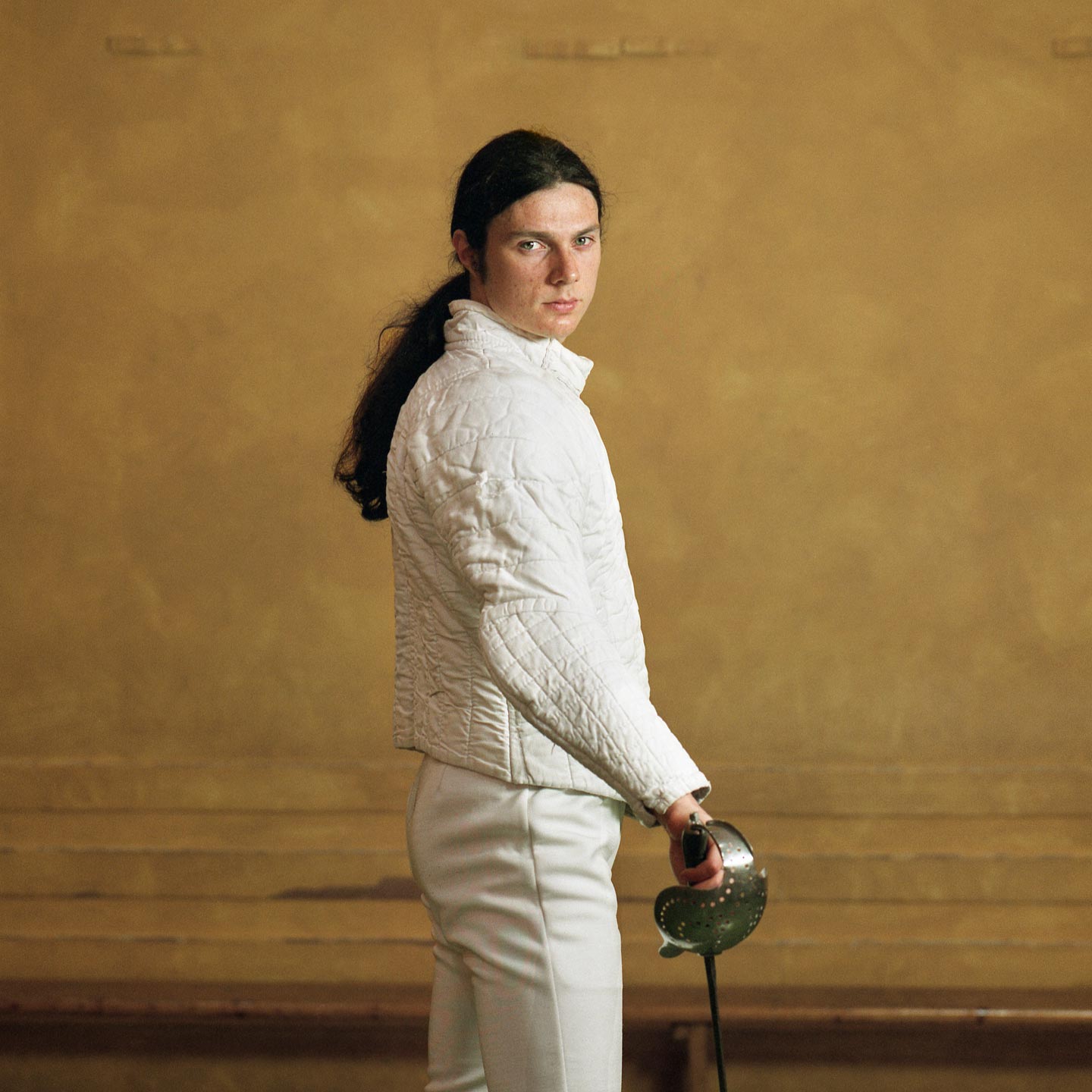 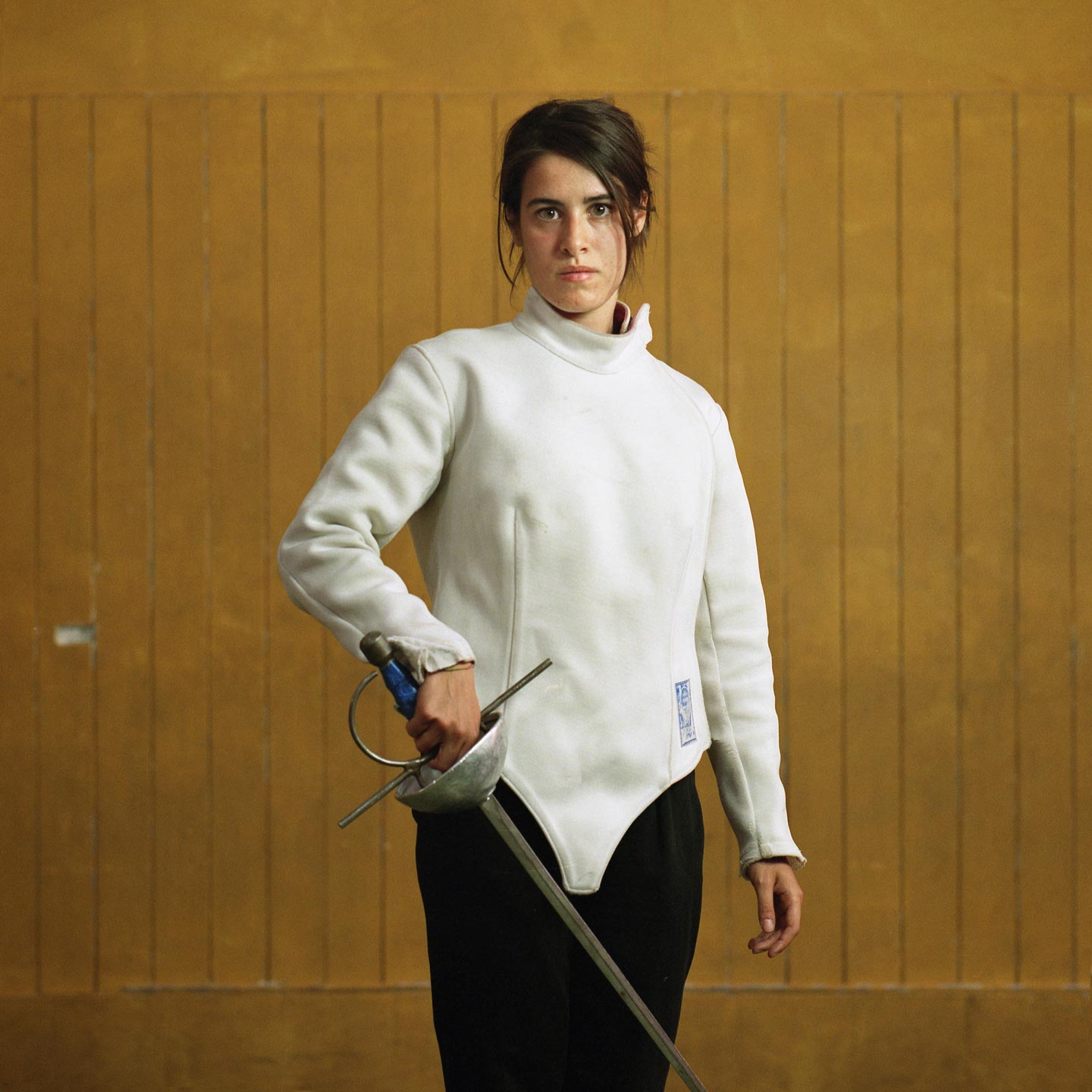 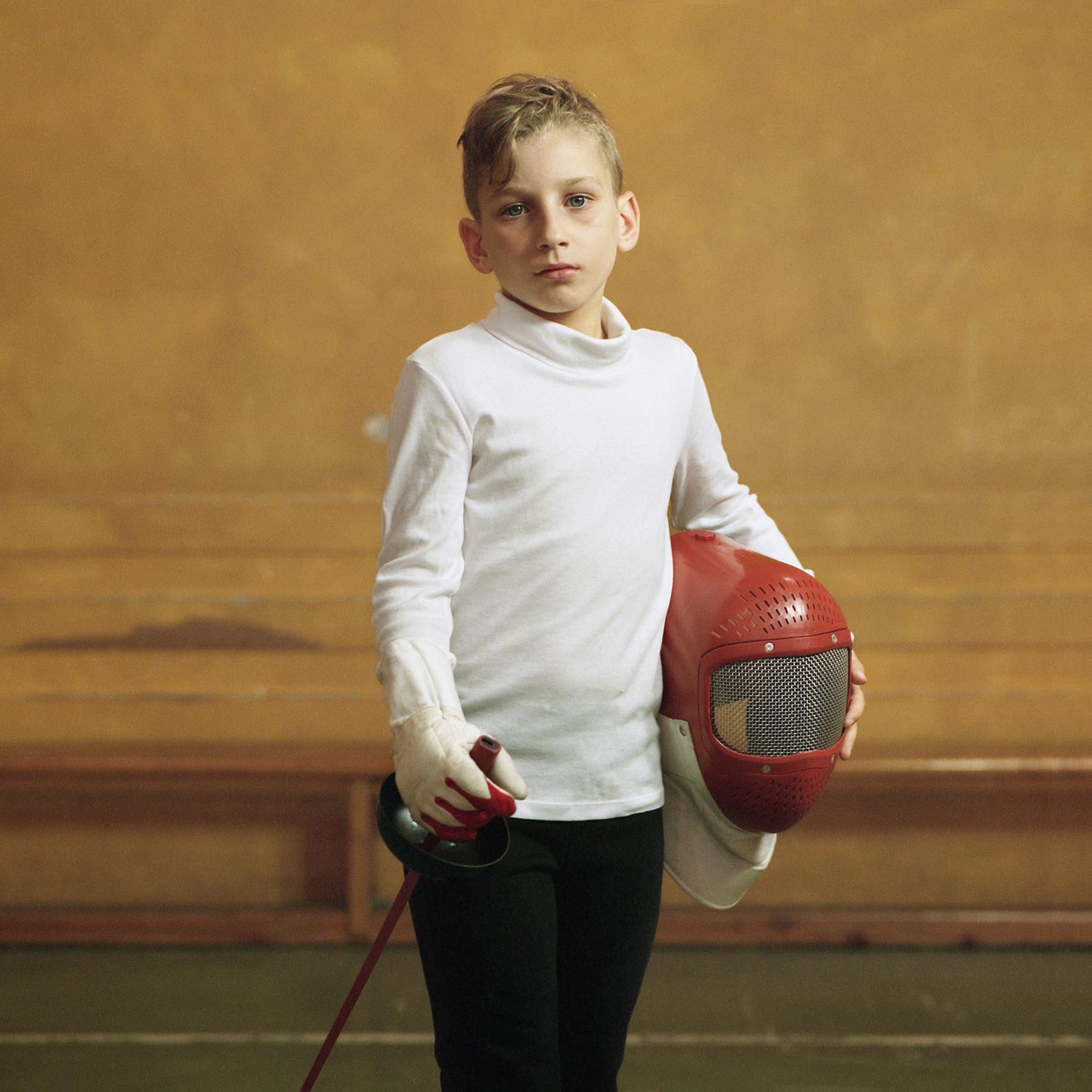 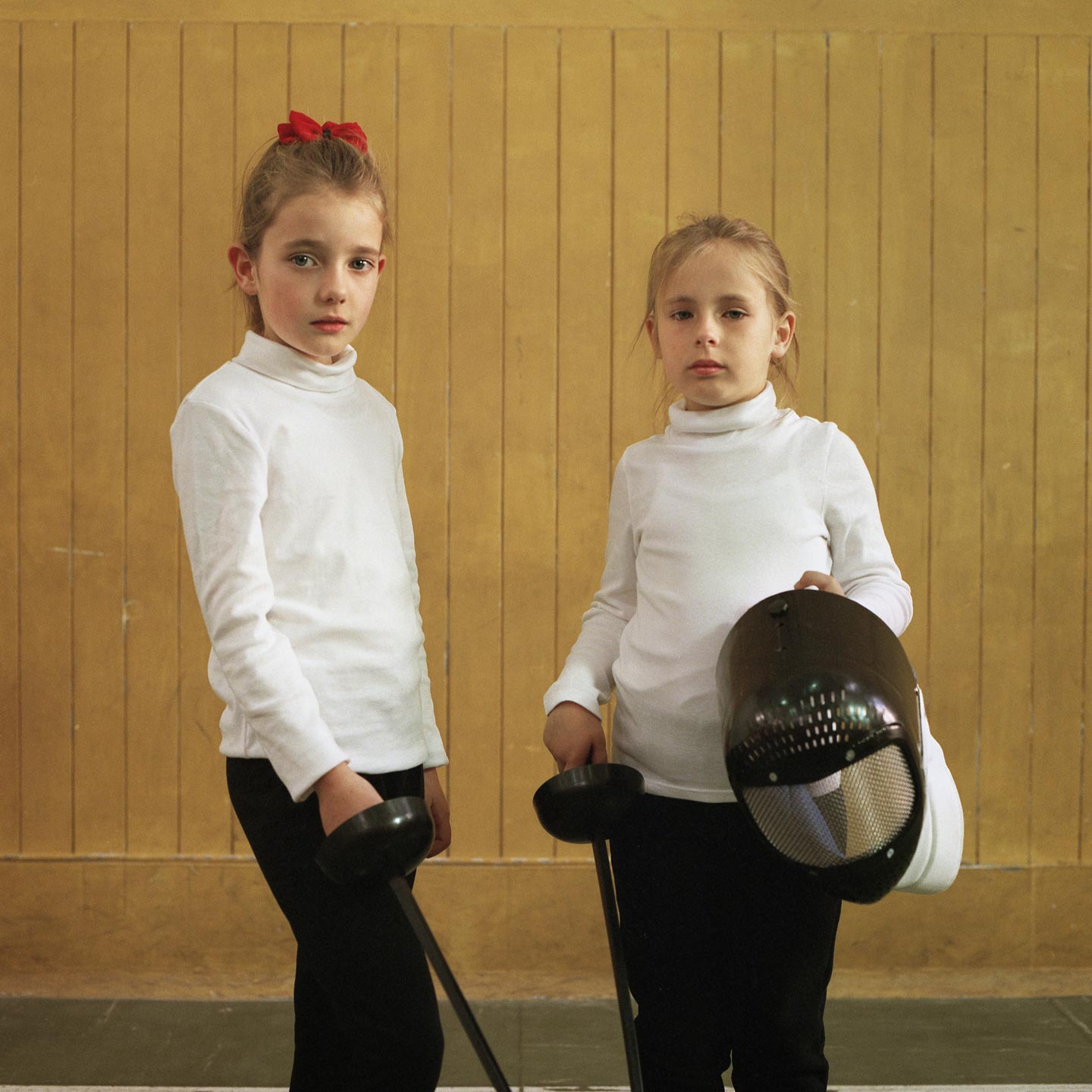 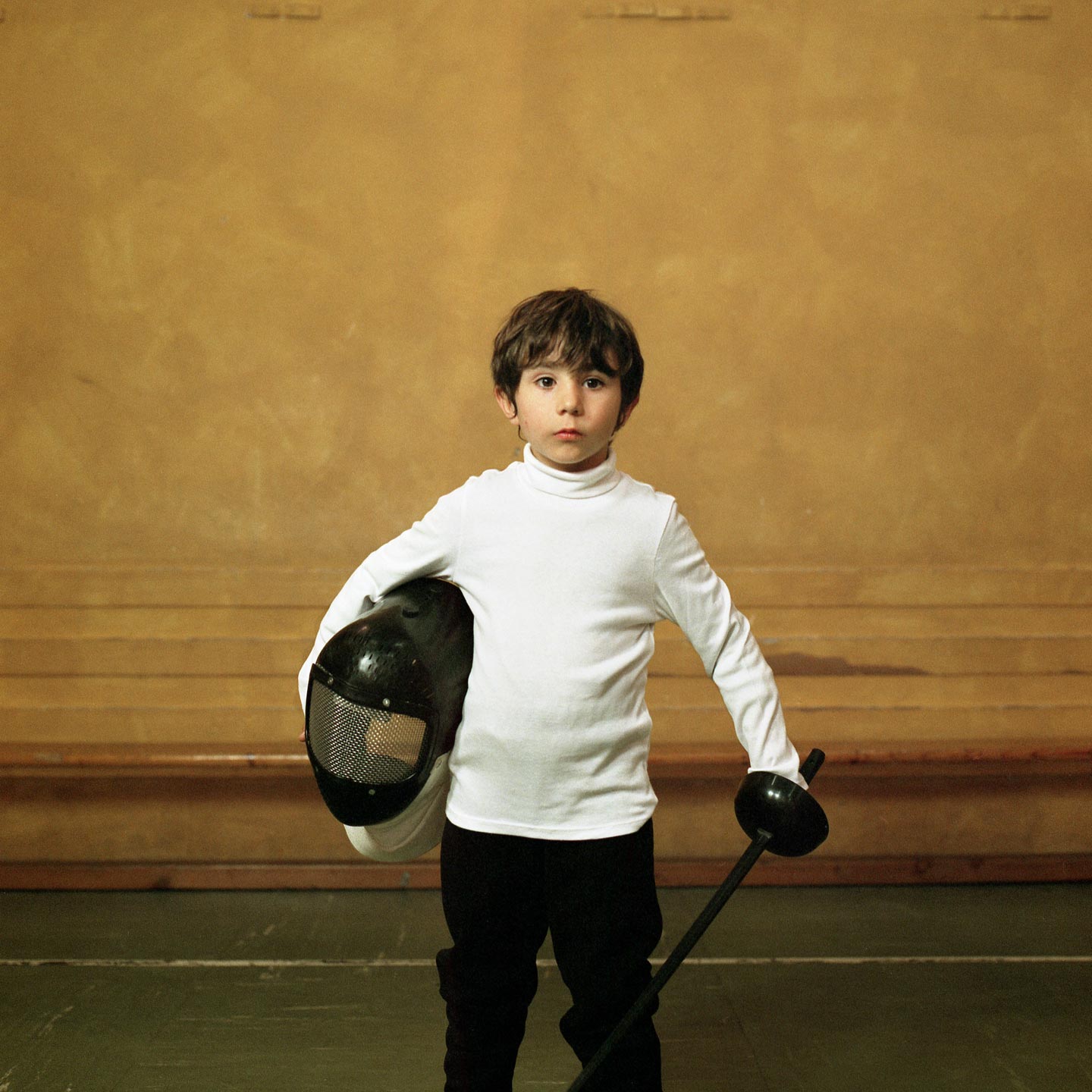 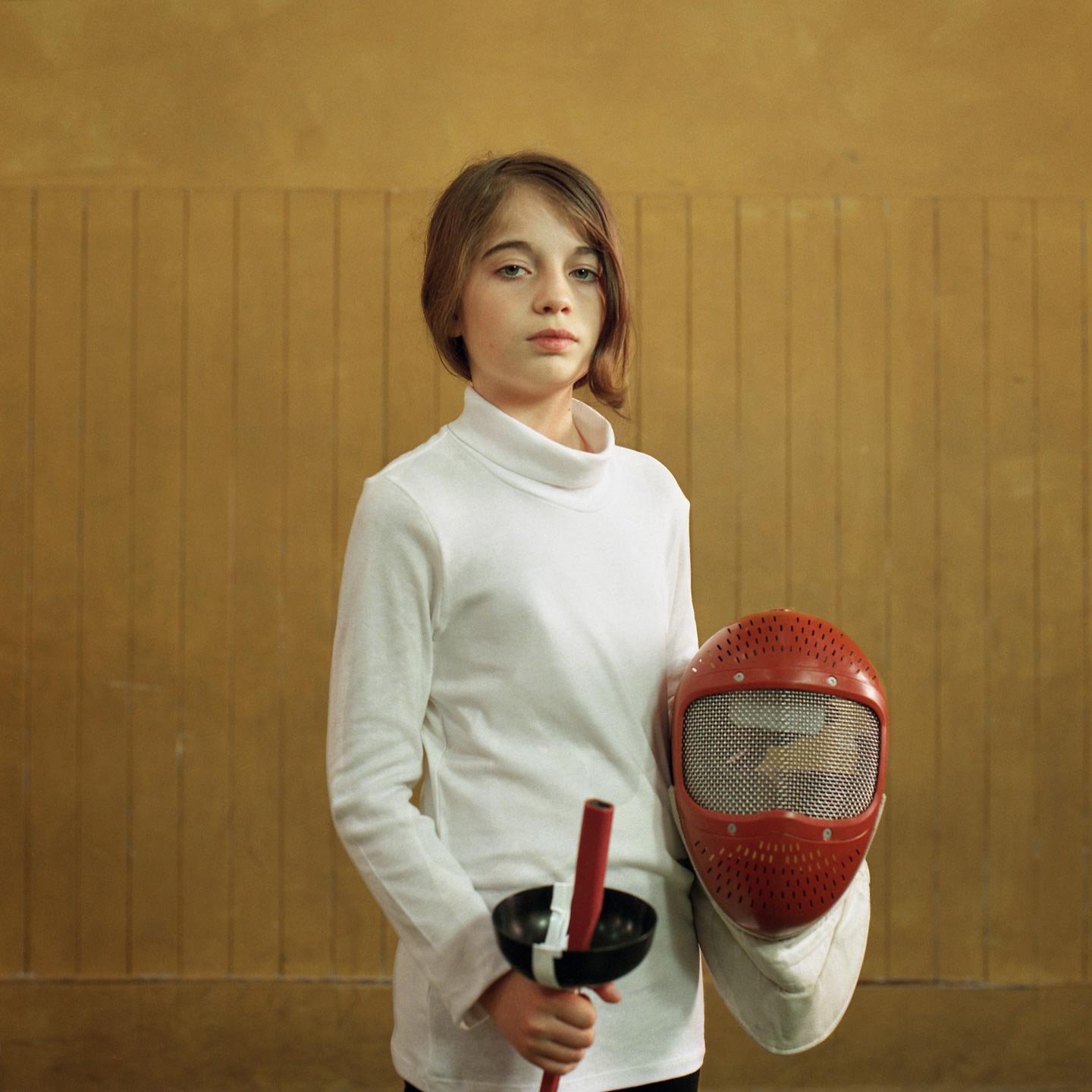 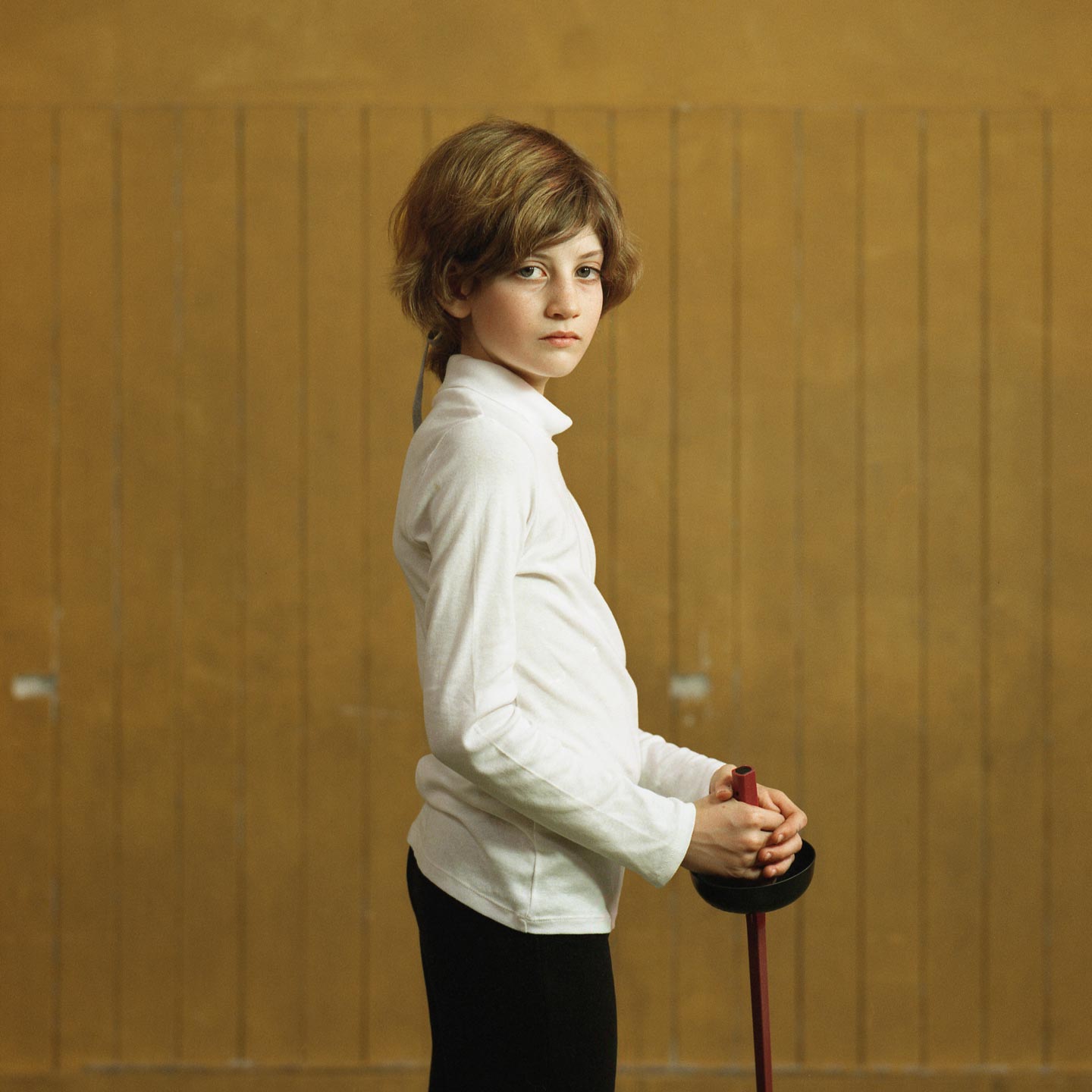 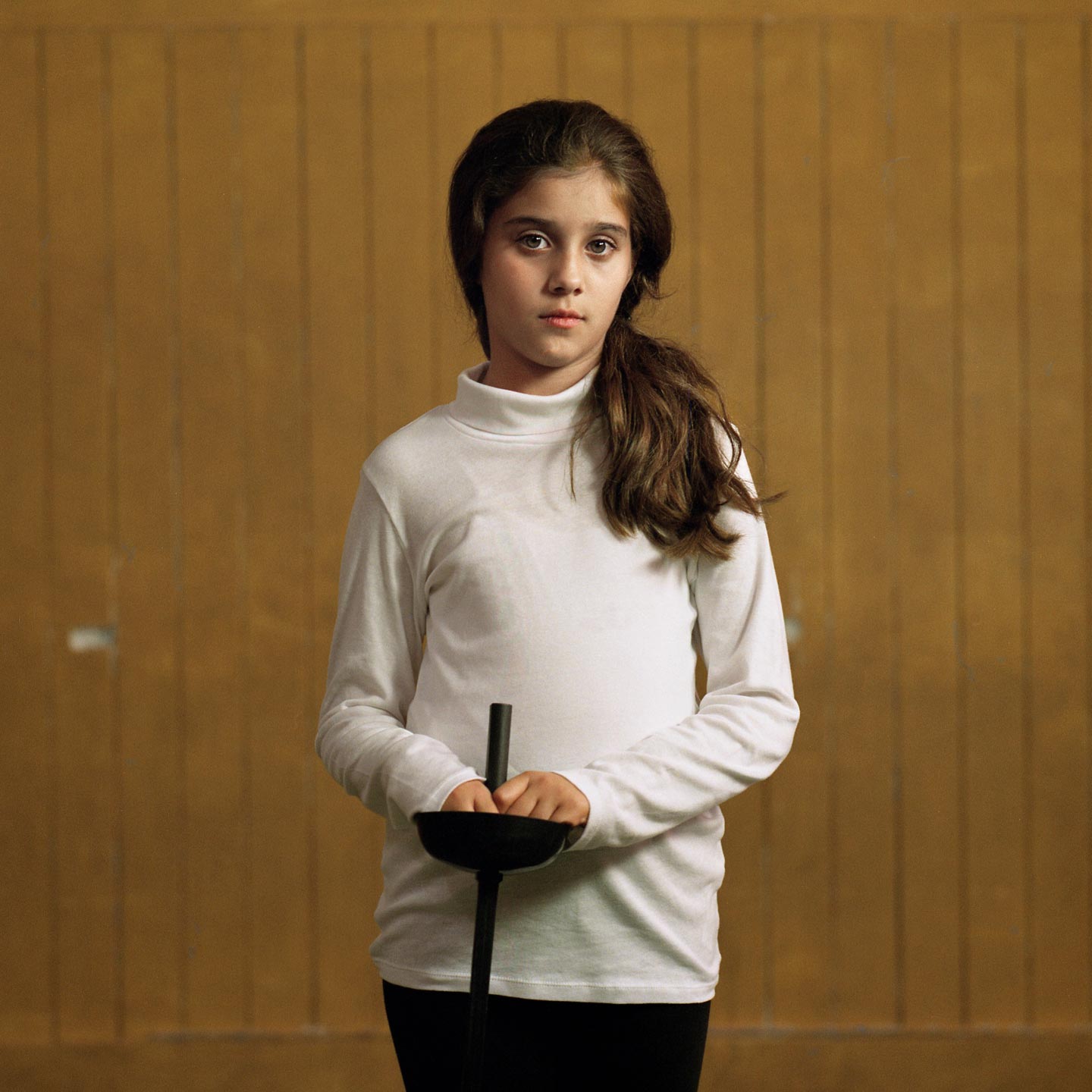 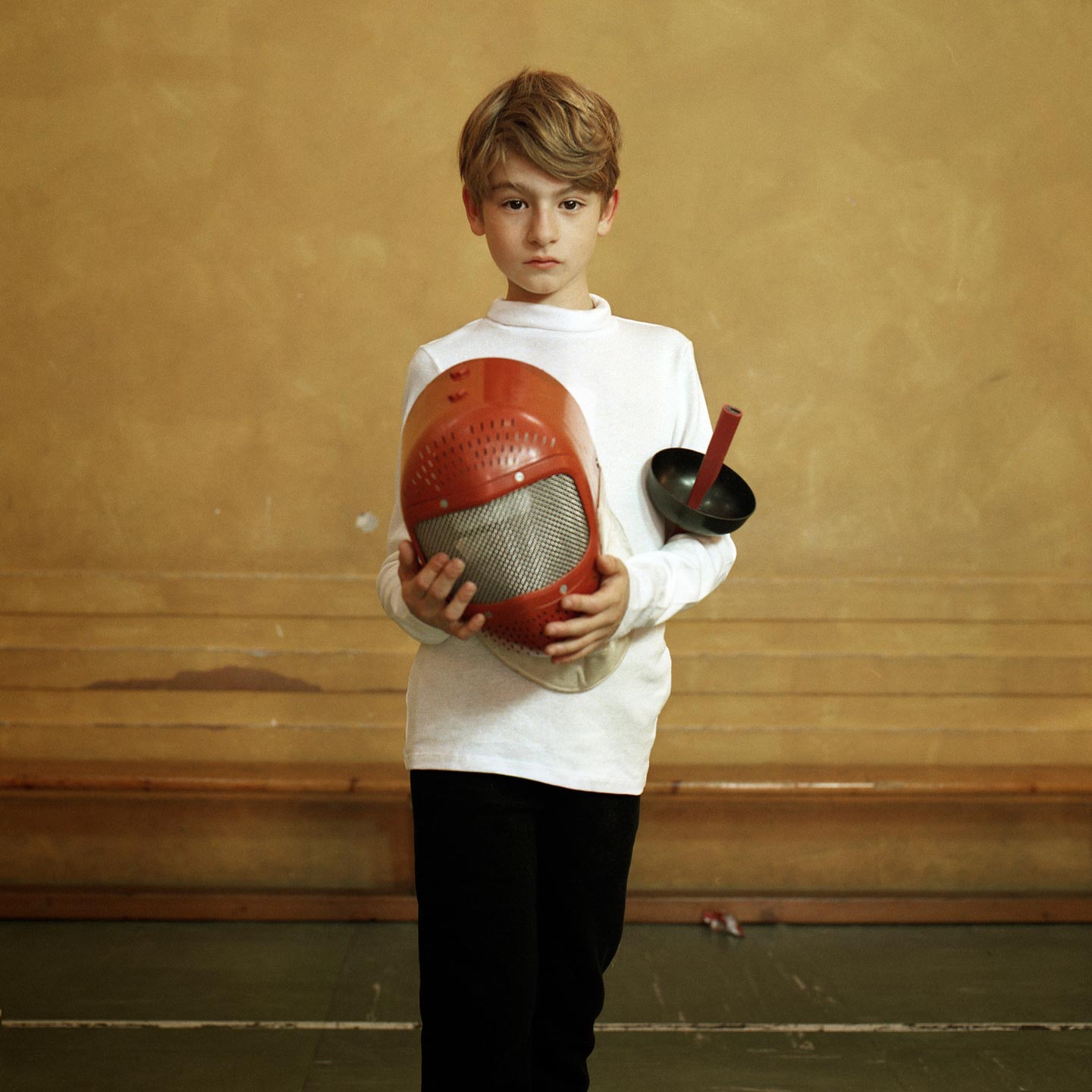 Premiere your new work on FotoRoom! Show us your unpublished project and get featured in FotoFirst (by the way, take a look at the ten best projects that premiered on FotoFirst in 2017).

Becoming a Fencer by 55 year-old Italian photographer Paola Serino is a series of portraits of the students enrolled in a historical fencing academy in Rome. “I started this project initially pushed by my curiosity to explore a world that is considered quite elitist: historical fencing. While researching for the work, I came across a phrase in a 1887 fencing theory book—La Science des Armes by Robert Ainé—that helped me put down in words the essence of this sport. In the book, Ainé defines it as “the art of not being touched and the art of touching, if you can”. I found this sentence to contain the intrinsic characteristics of fencing: measurement, speed and respect.”

Paola’s personal projects are often portrait-based: “Through my work I am interested in exploring the formal beauty and the natural charm of my subjects, and at the same time my emotional proximity to them“. In the specific case of the students (aged 6 to 23 years old) she photographed for Becoming a Fencer, “I was struck by the contrast between their small, delicate hands and the resolute speed of their movements when attacking their opponents during a fight“. About creating the portraits, Paola says: “I try to take extreme care of every single detail: the light, the colors, my choice of the subjects, the identification of a location that could give an evocative character to the images. I asked the students to pose for me with their equipment. In front of the camera, in the moment that I clicked the shutter, some retained their attitude as fencers, others simply became the children they are. I relied on the small fragilities and the signs of strength in their expressions behind the fencing mask to capture their growth, not just as athletes, but as individuals too“.

There were no specific references in Paola’s mind while working on Becoming a Fencer: “Not consciously, at least. I do, however, definitely recognize references to painting in my use of both light and color.” Photography, cinema, illustrations, literature and everyday experiences are other influences she feels impact on her practice as a photographer.