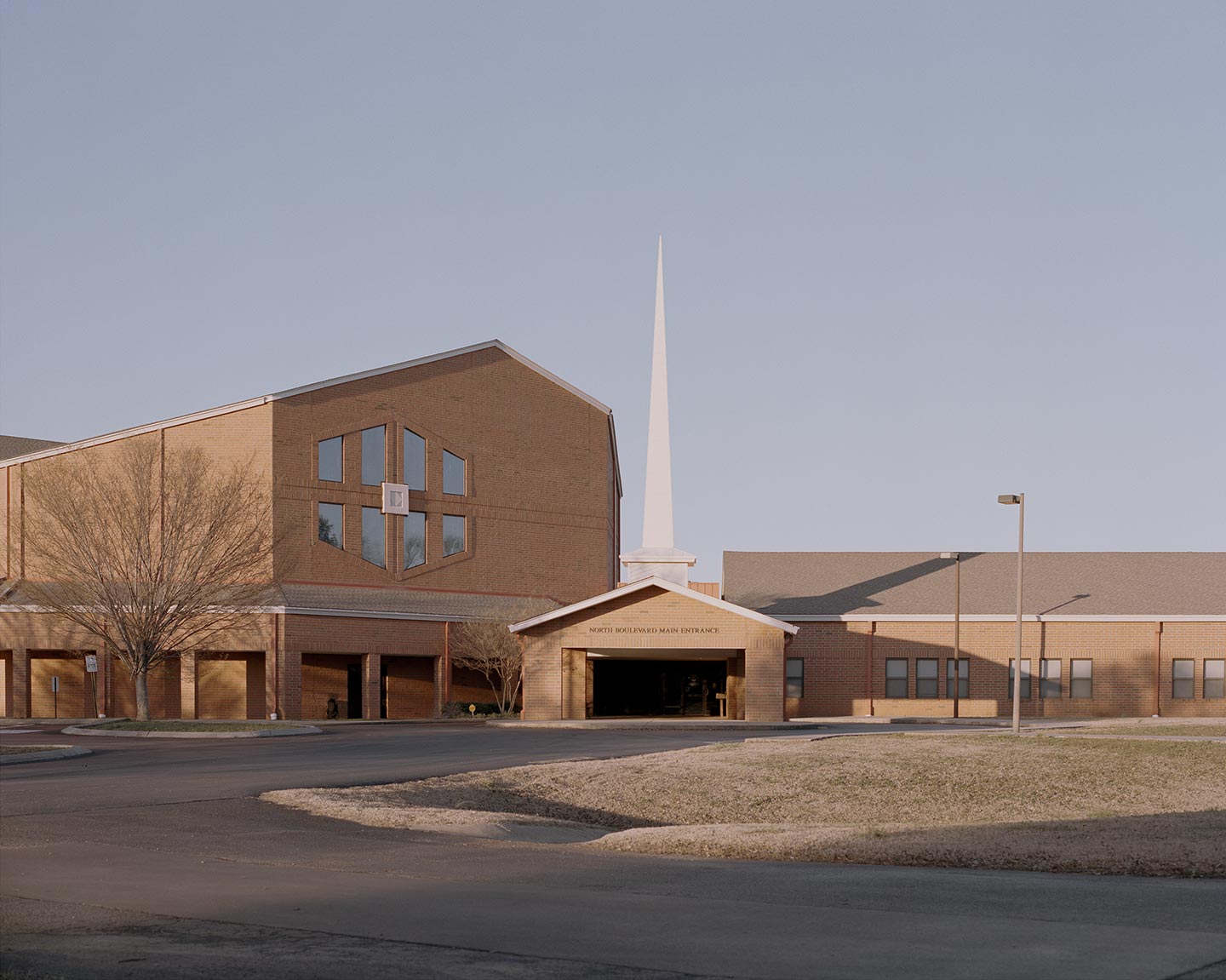 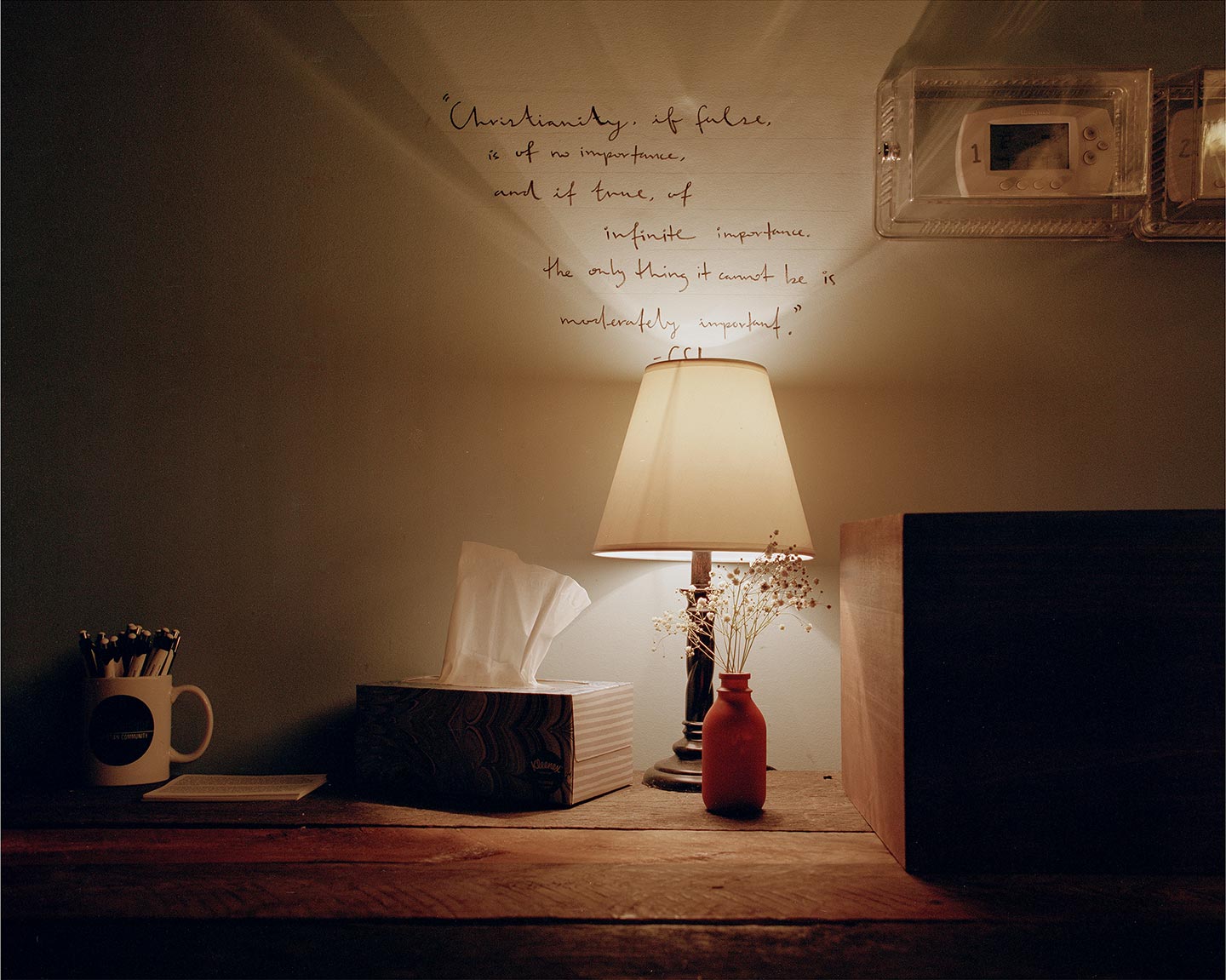 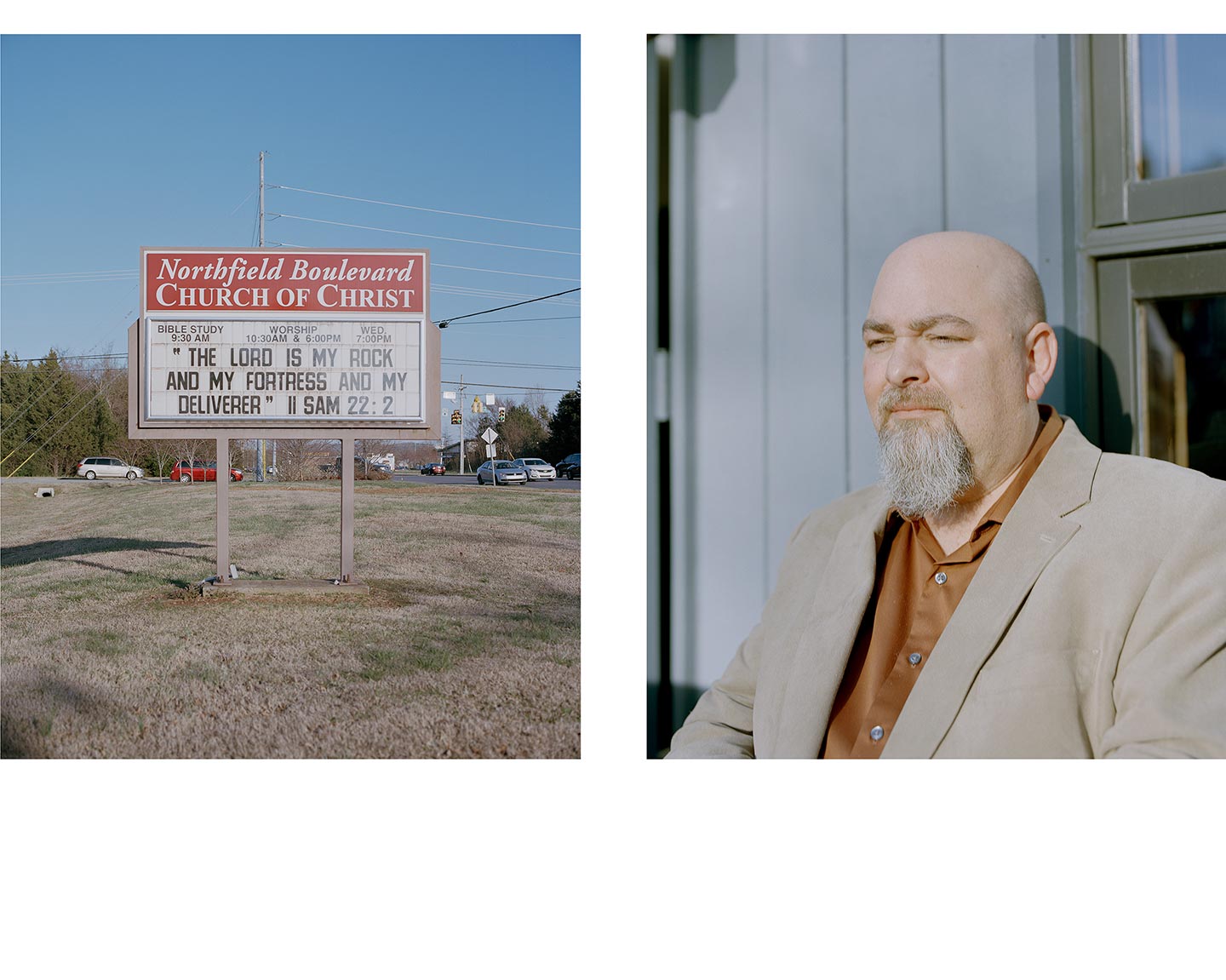 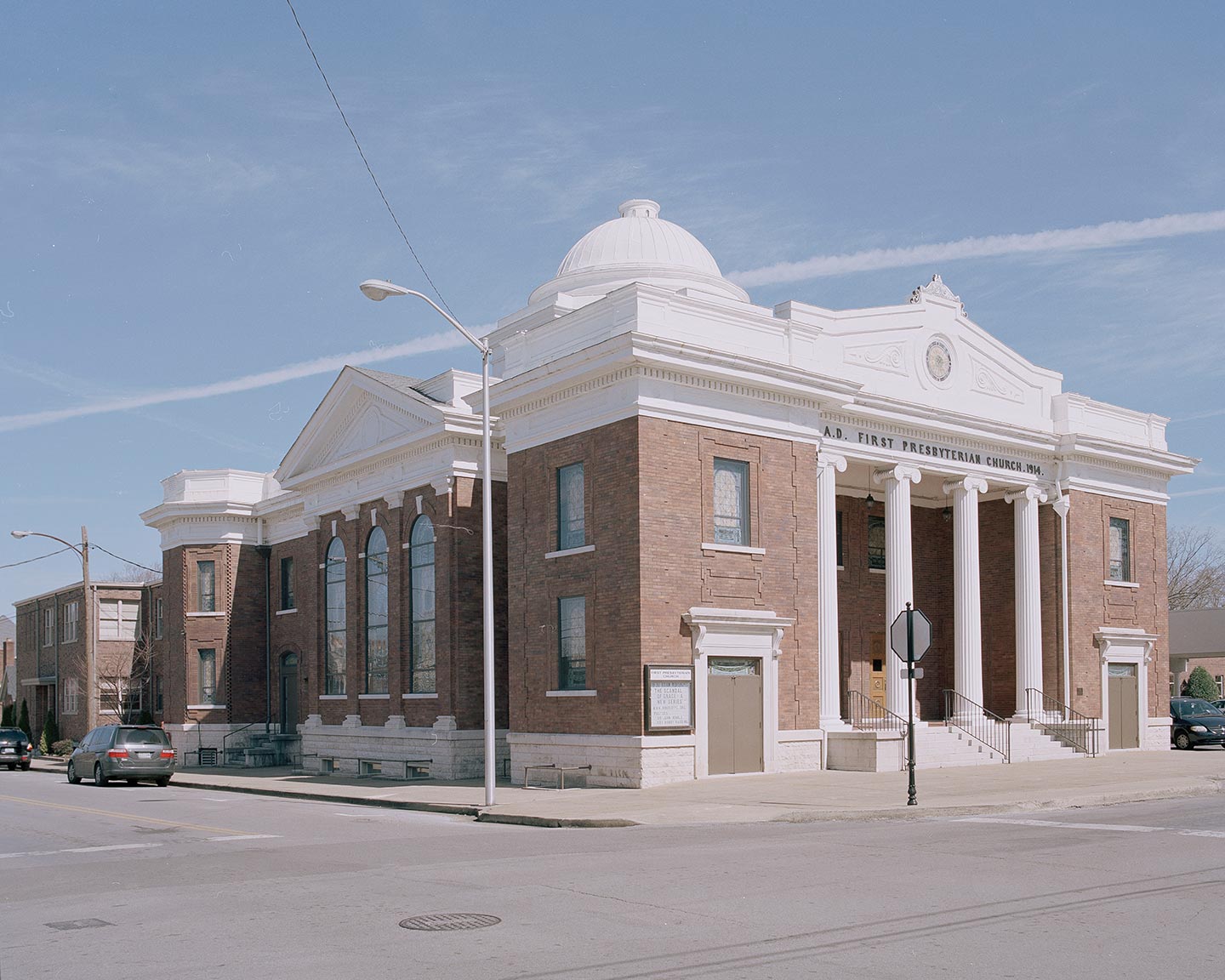 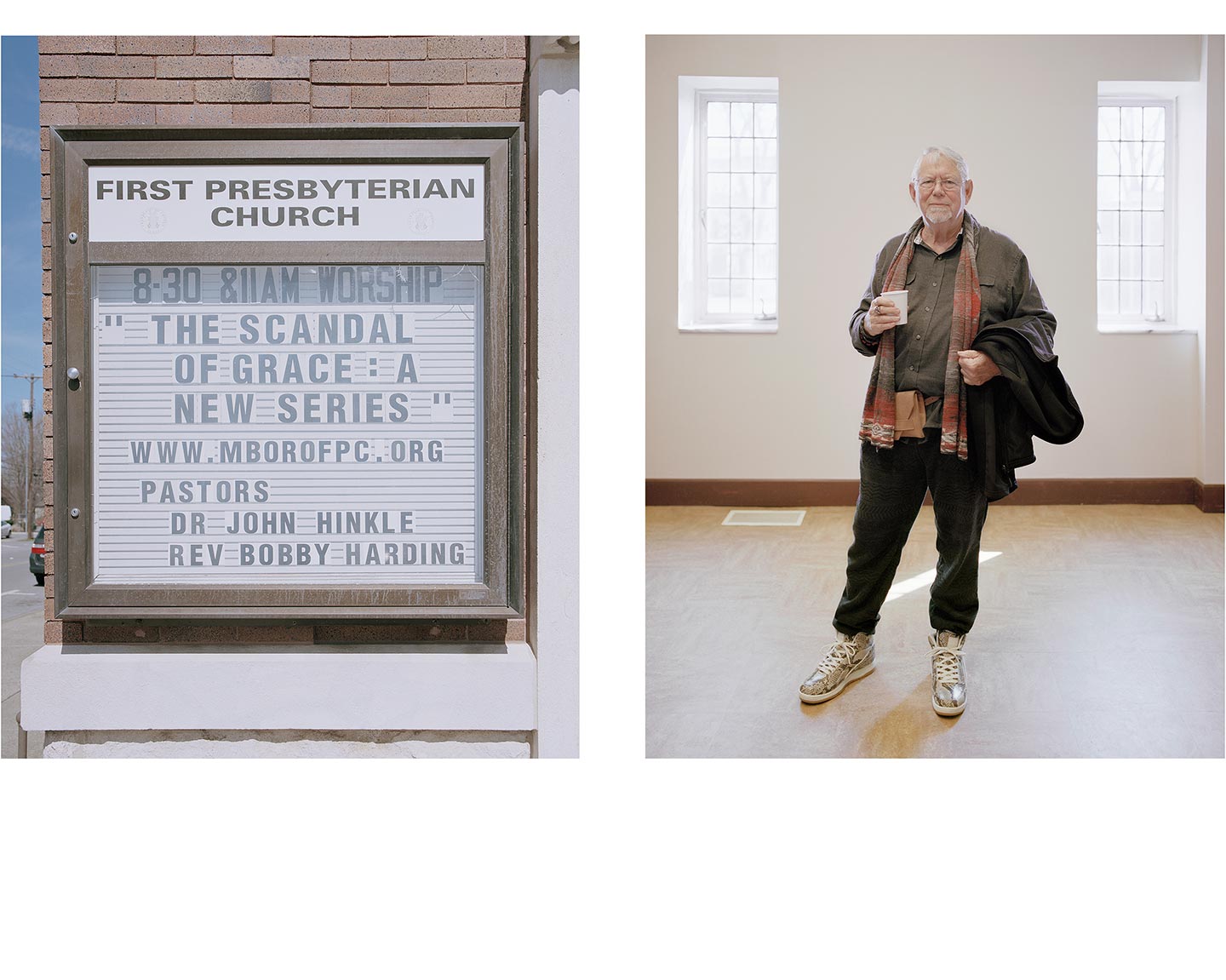 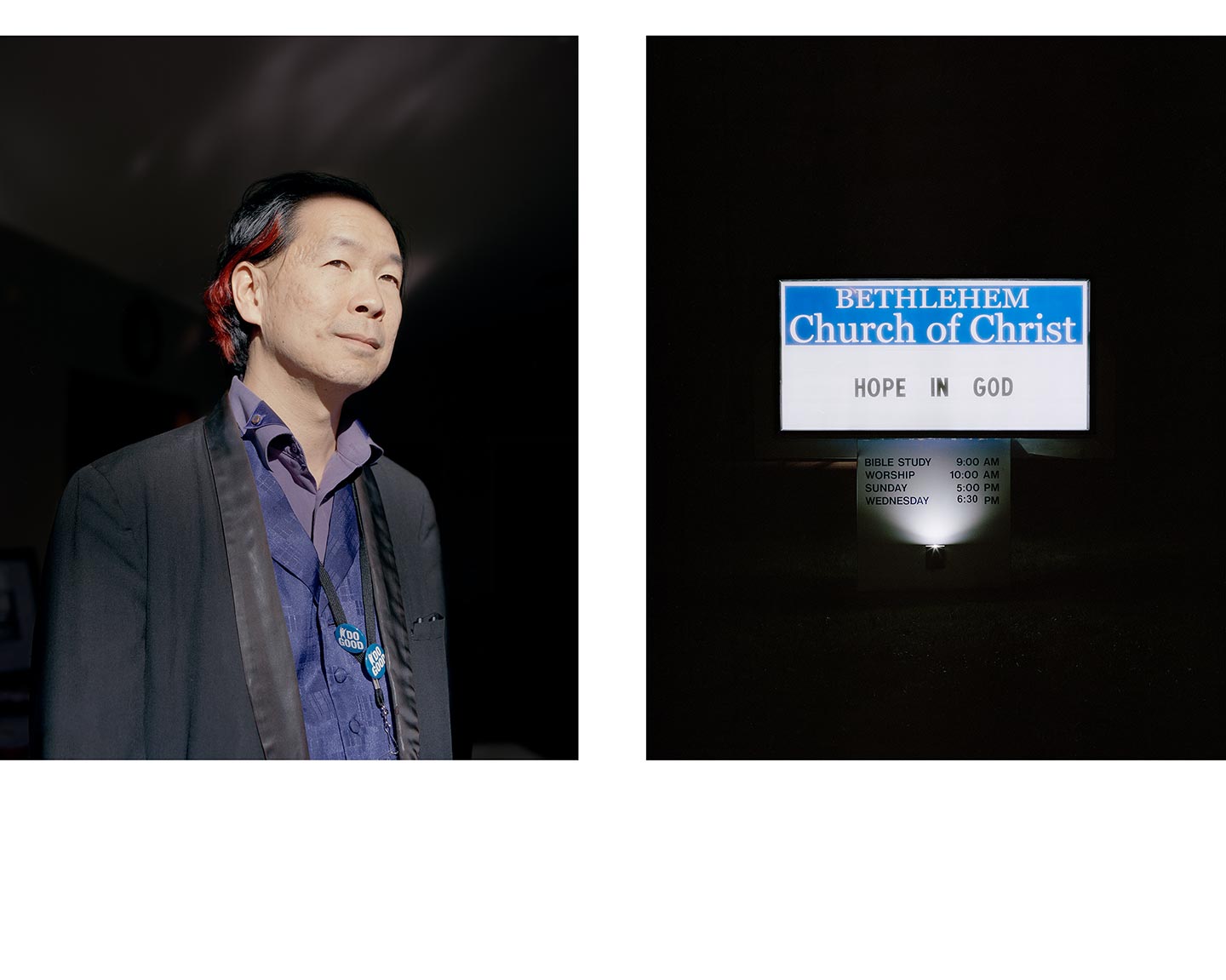 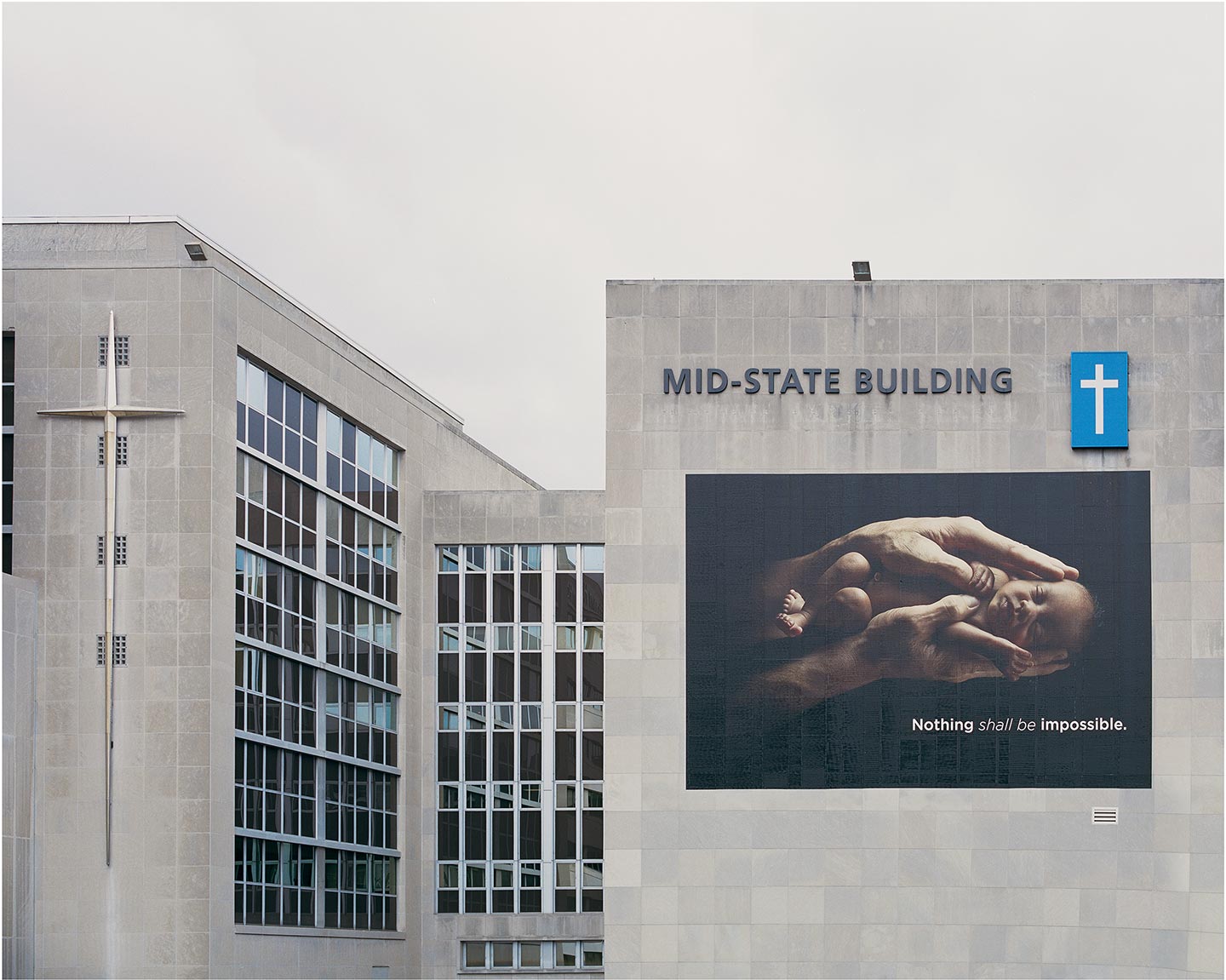 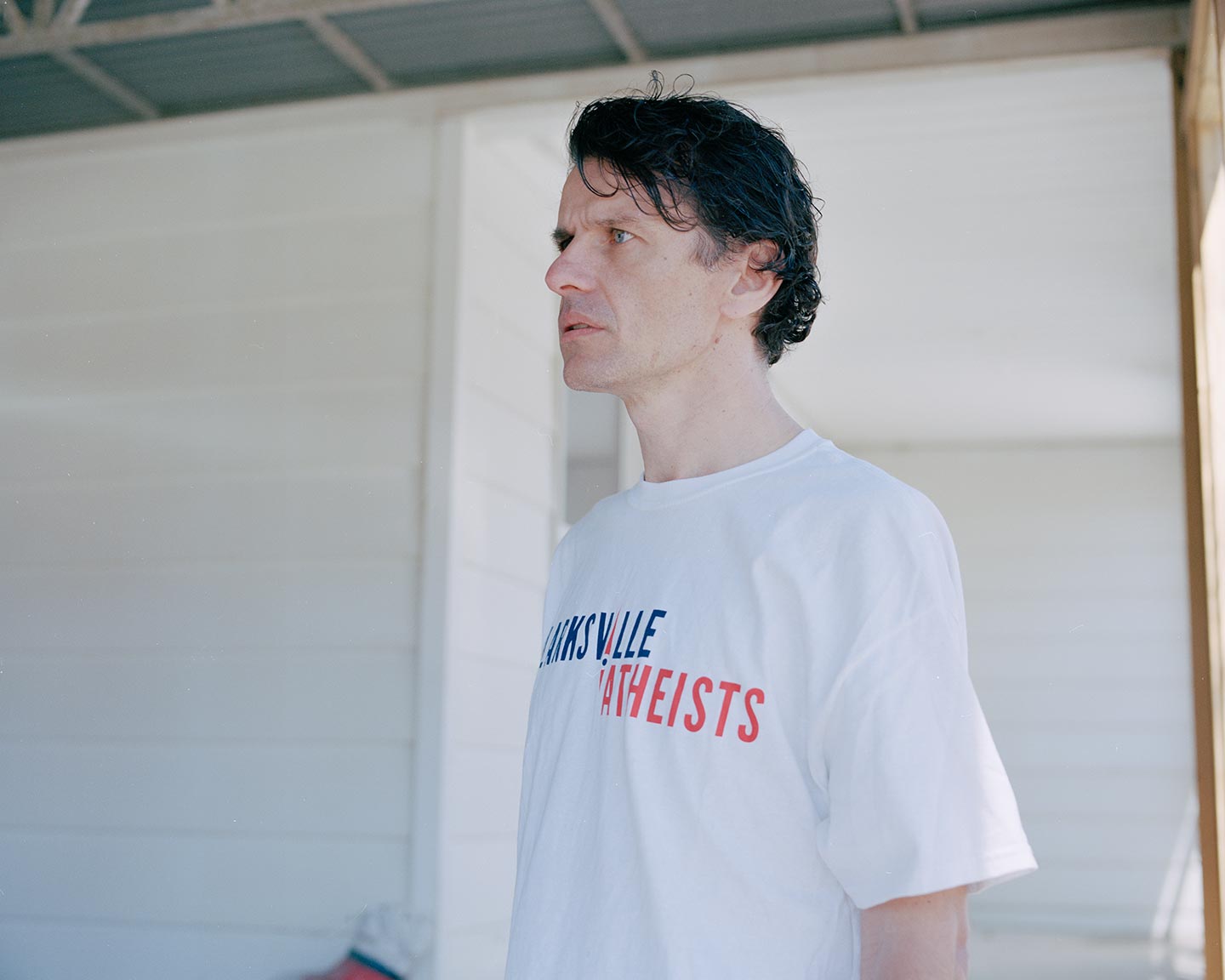 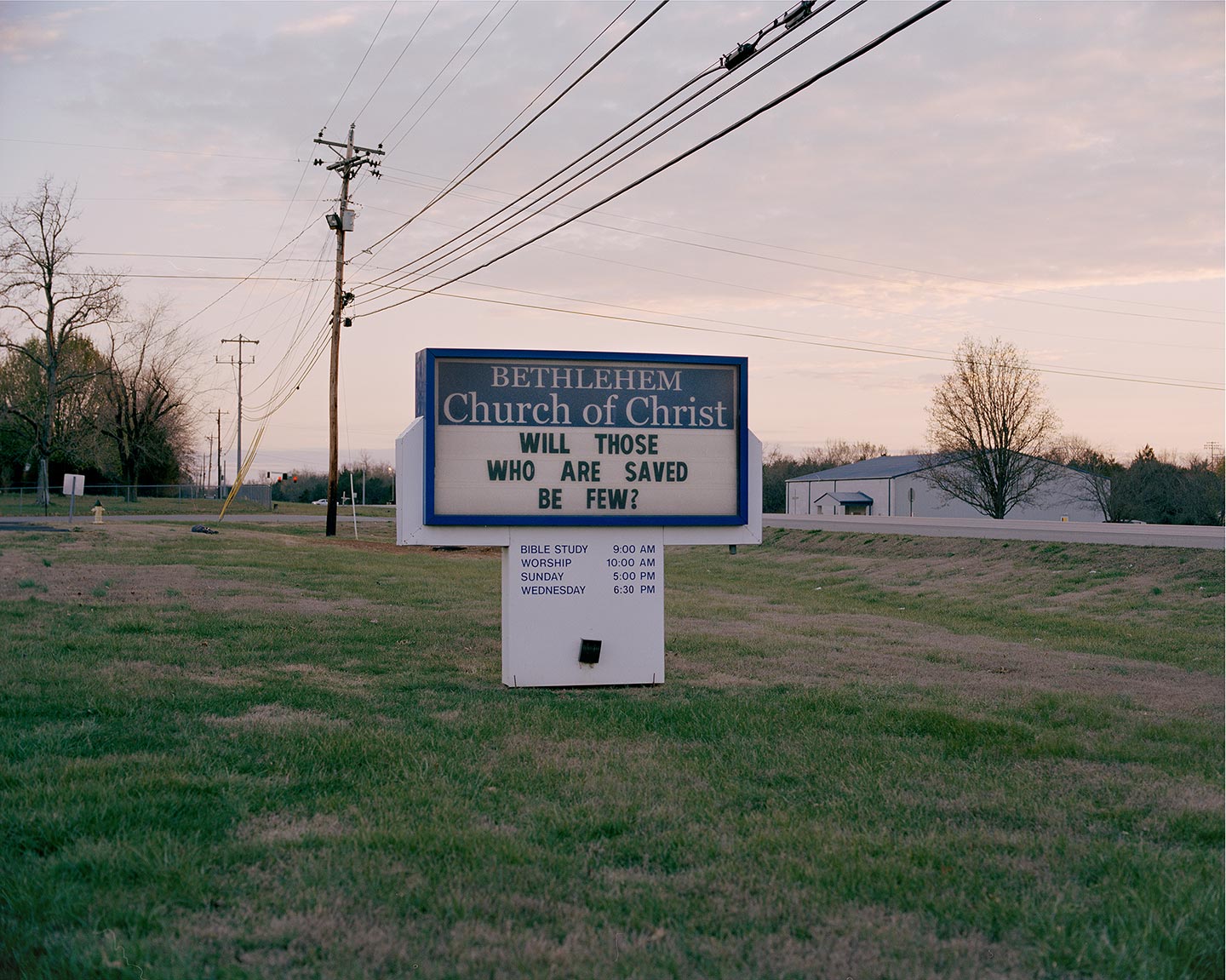 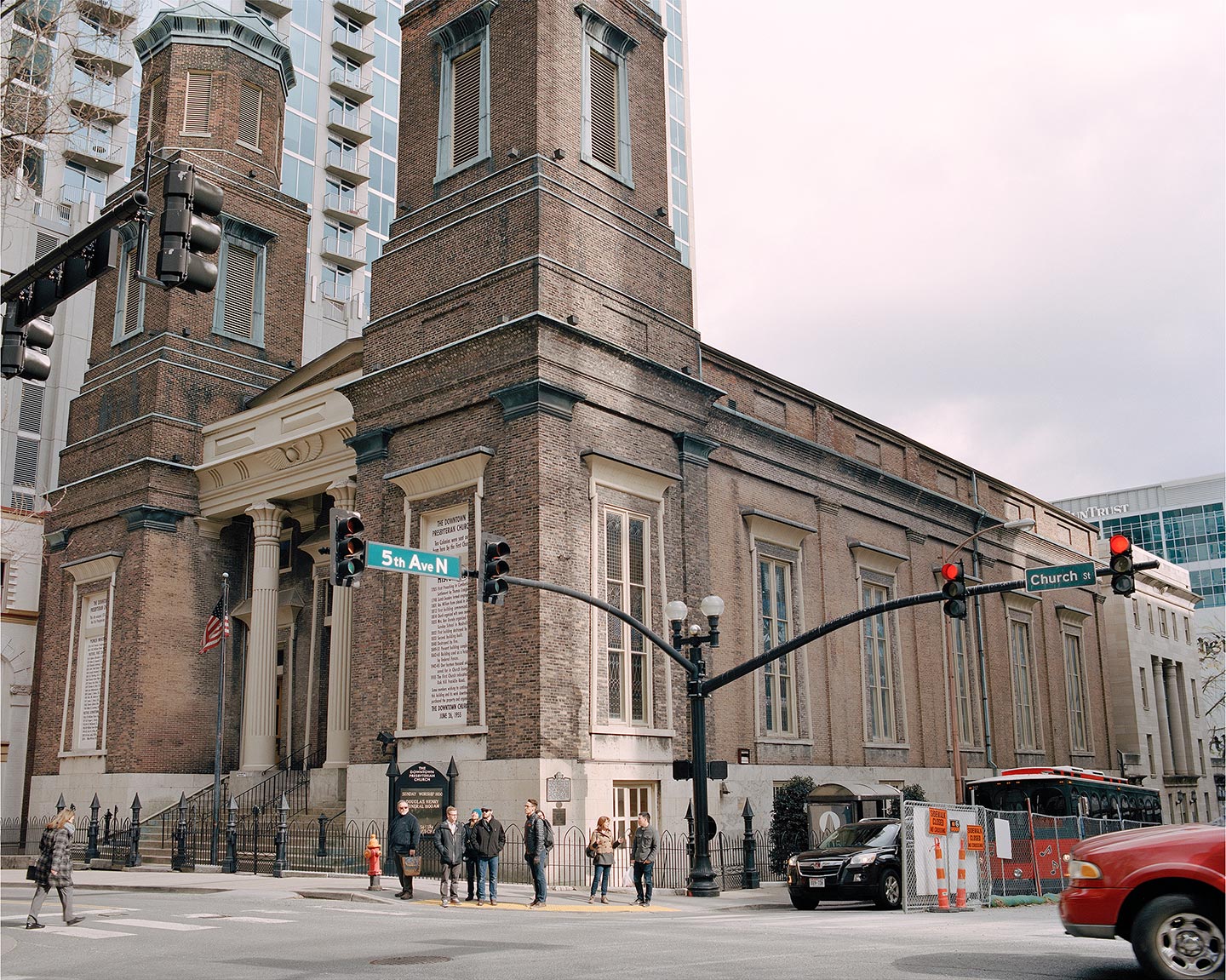 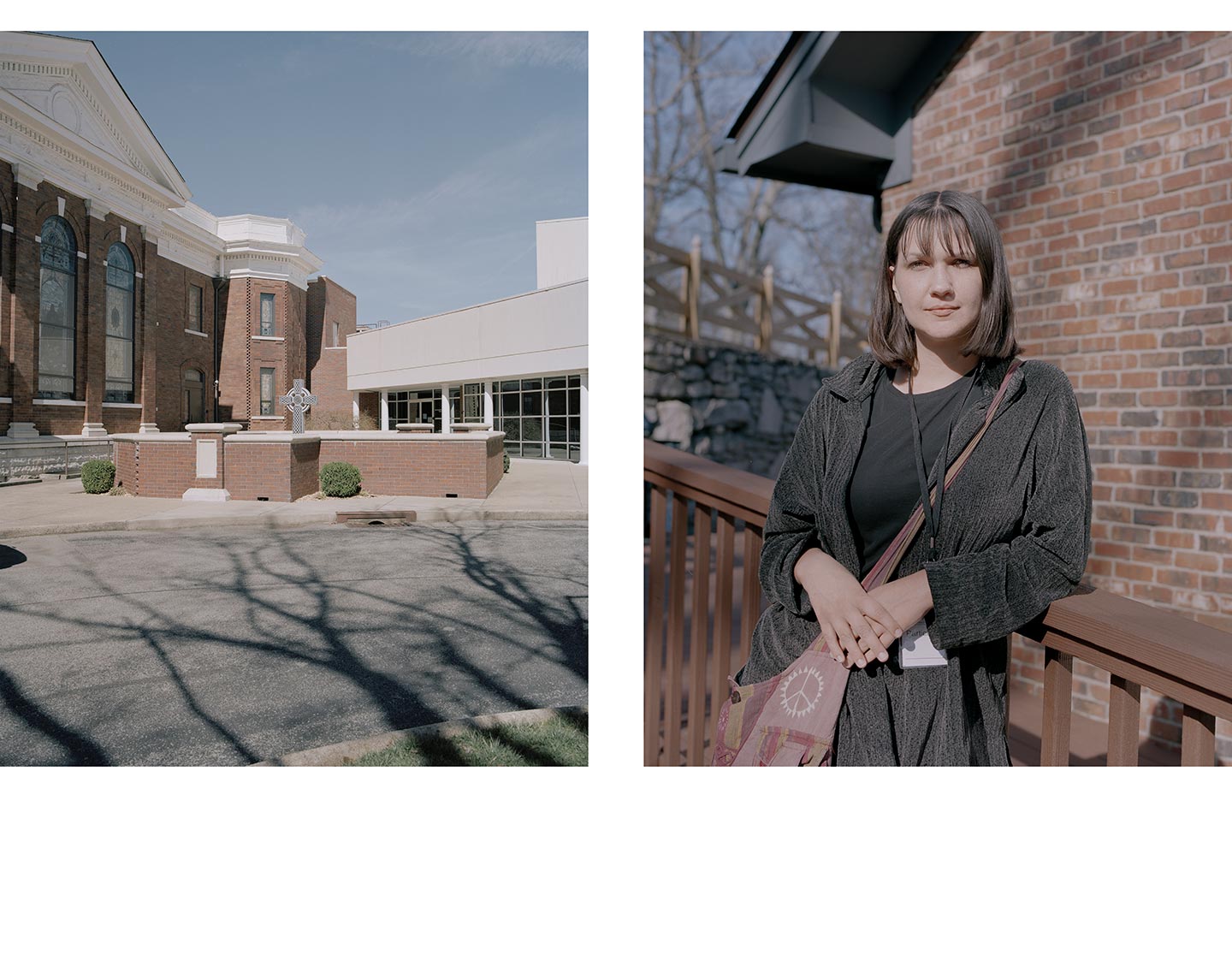 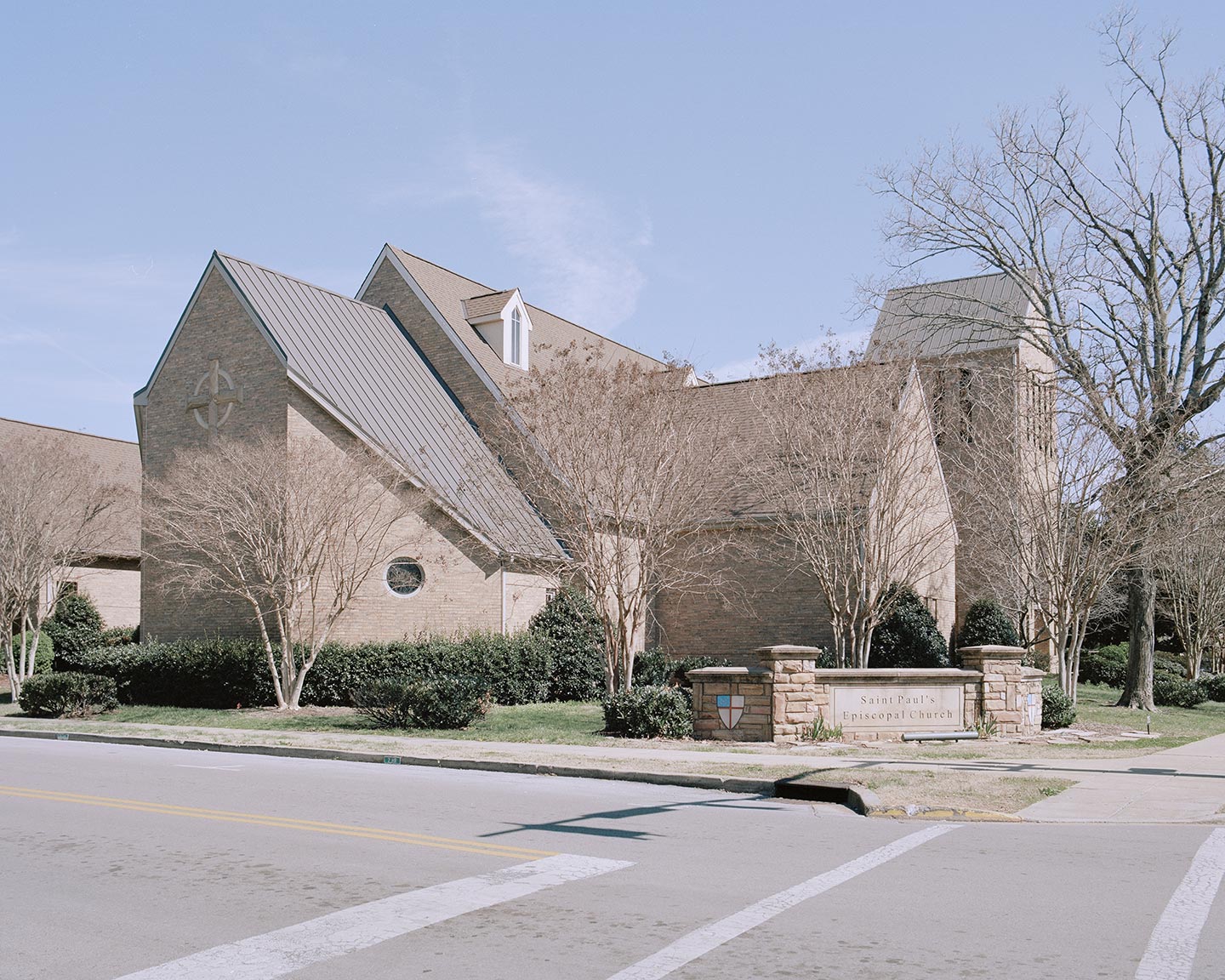 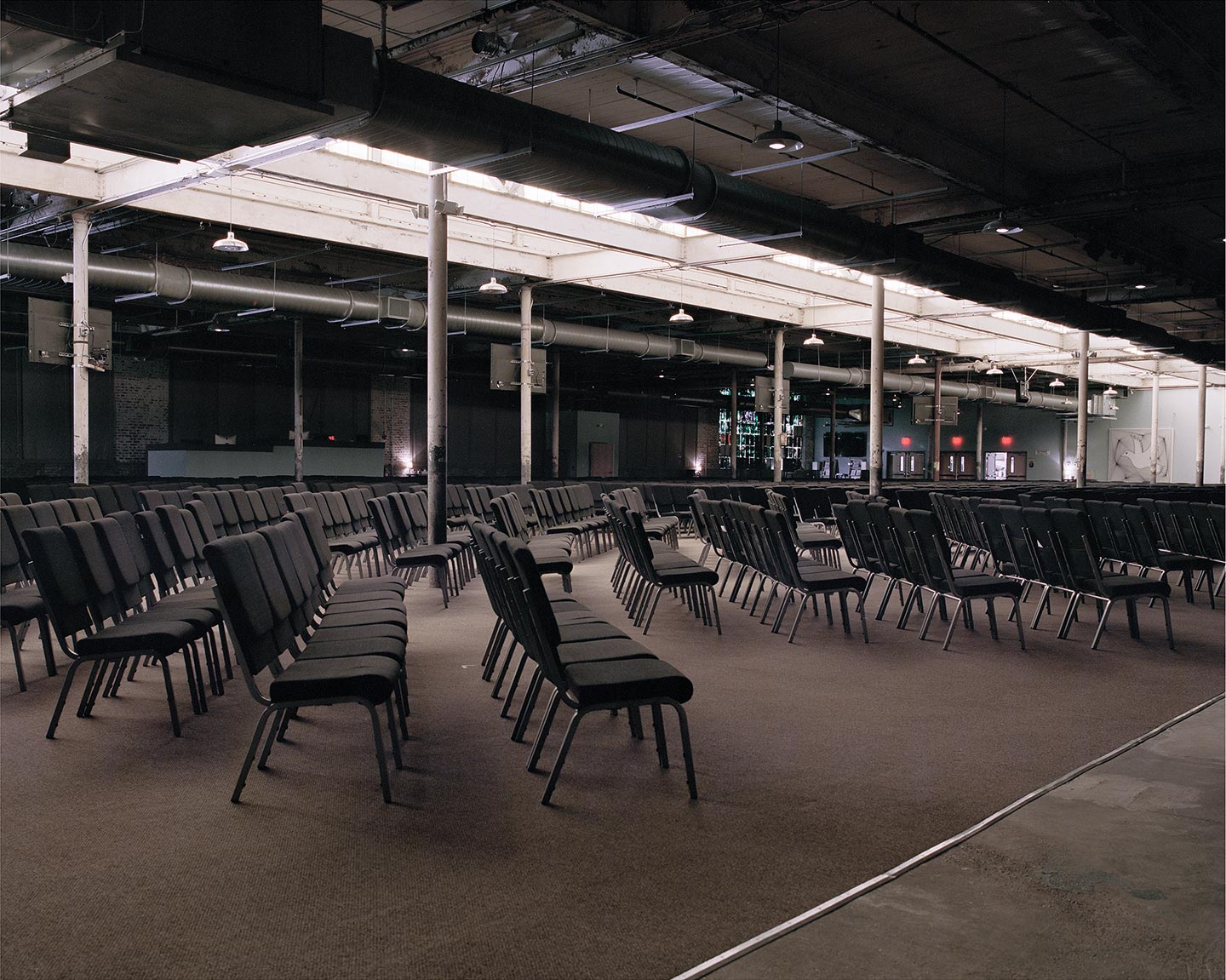 Beyond What is Written is a series of portraits and landscape photographs by 22 year-old British photographer Harry Flook: “I shot the series over a month spent visiting various non-religious communities in Tennessee, USA, often called the ‘heart of the Bible Belt’. I was lucky enough to be hosted for a month by a lovely couple, Gayle and Elliot, who are pretty instrumental in organizing parts of that community. Gayle, director of an American charity named ‘Recovering from Religion’, was my starting point. The project centers around the presence of religious imagery and rhetoric in the South, pictured mostly in the landscapes, while the portraits display a community of people whose relationship is defined by shared absence from religion. In this way, Beyond What Is Written is meant to be about the loss and regaining of community, as well as the changing religious landscape in America.”

The work was inspired by Harry’s own past with religion: “I grew up religious and left my faith during my teens, which was rough. For years I doubted the conservative morality of my church, and thought I might suffer eternally for doing so, which felt about as dramatic as it sounds. I began to reconnect with that experience during university by talking to and photographing others who had been through the same. After nearly a year of this I decided to explore the more positive aspects of the church that I’d experienced growing up, namely the intense feeling of community, aiming to find out how people fill that gap after religion. I also wanted to shoot somewhere where religion was the norm, not the exception. That’s how I stumbled across Gayle, Elliot and the religiously unaffiliated in the the South.”

“Religion has a sort of monopoly on community in the American South,” Harry remarks. “People’s social lives are embedded in the Church family and that can be really powerful. I was interested in the people who had taken all that good stuff, and exported it into a secular environment.”

“It’s difficult to raise any issues with religion without being bracketed as a bigot. I hope people approach the project with an open-mind and consider how difficult it can be to leave your faith. Hopefully the work starts a different conversation.”

Harry’s major influence on his photography was his tutor and course leader Jim Campbell. “We’d have long conversations fleshing out my ideas and developing them into projects. This is where I both learnt my process, and got excited about the medium.” As to photographers, “I always come back to the work of Nadav Kander, being the first photographer that really inspired me. His work is quiet, and I’m always taken by the way he talks about it. More recently, John Spinks.”

The last photobook Harry bought was Prospect of Immortality by Murray Ballard, but that wasn’t a recent purchase: “I’m pretty skint so it has been a while. If I had the cash, sticking with the religious theme, I’d buy Broomberg and Chanarins’ Holy Bible: such a novel idea and very well put together. It’s also much braver than my project—I’m amazed there’s been no backlash.”

Harry’s #threewordsforphotography are:
An. Ambiguous. Medium.