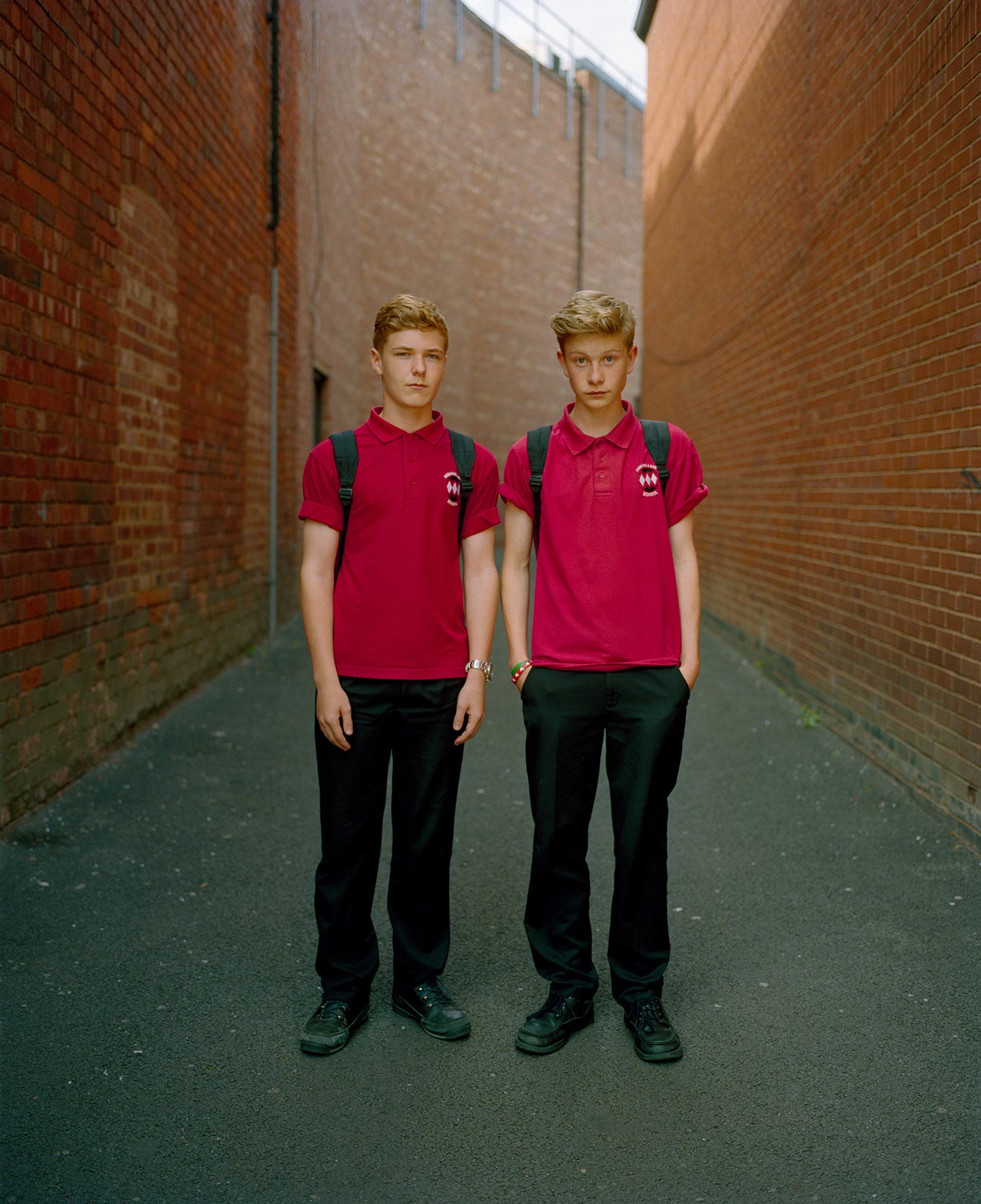 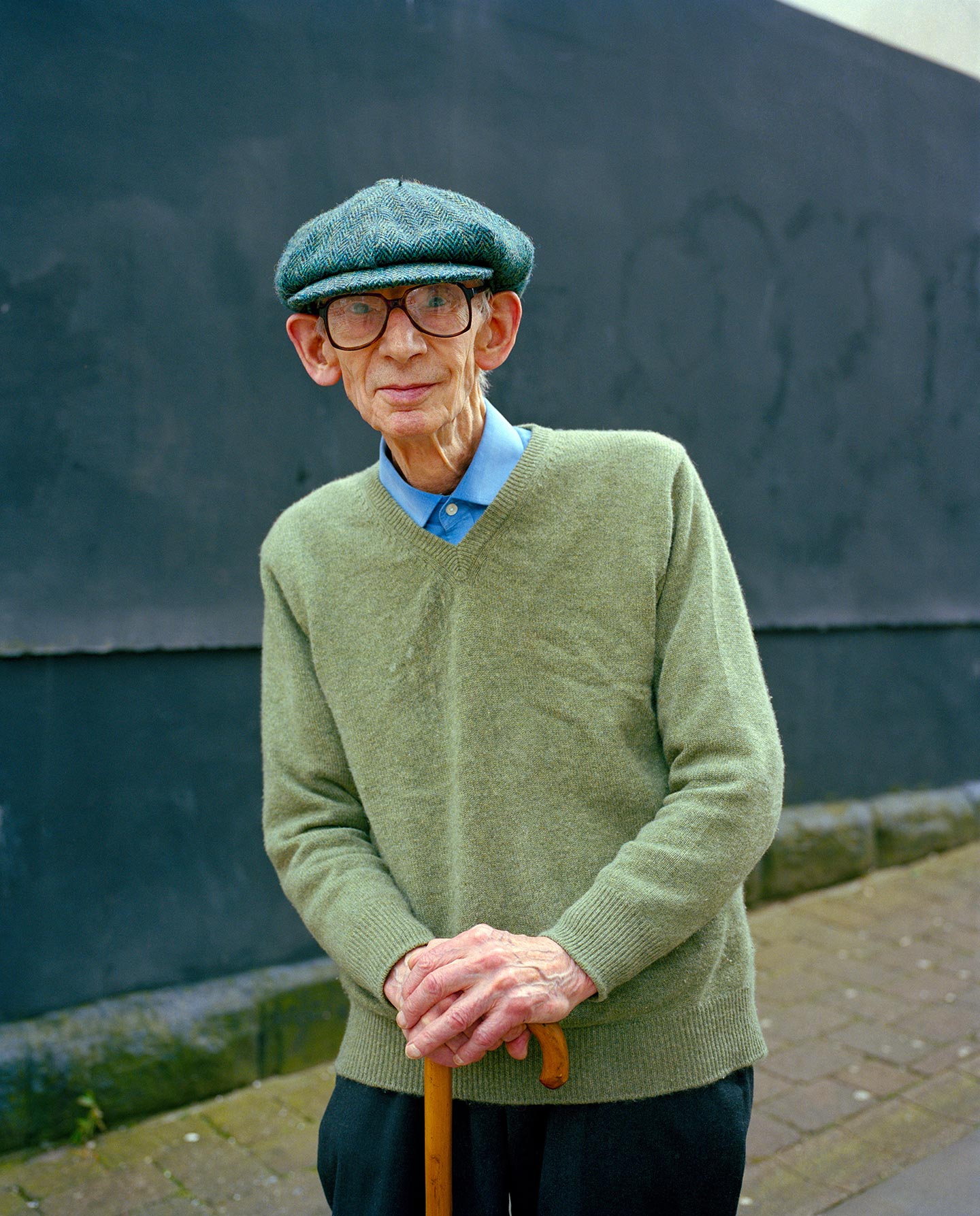 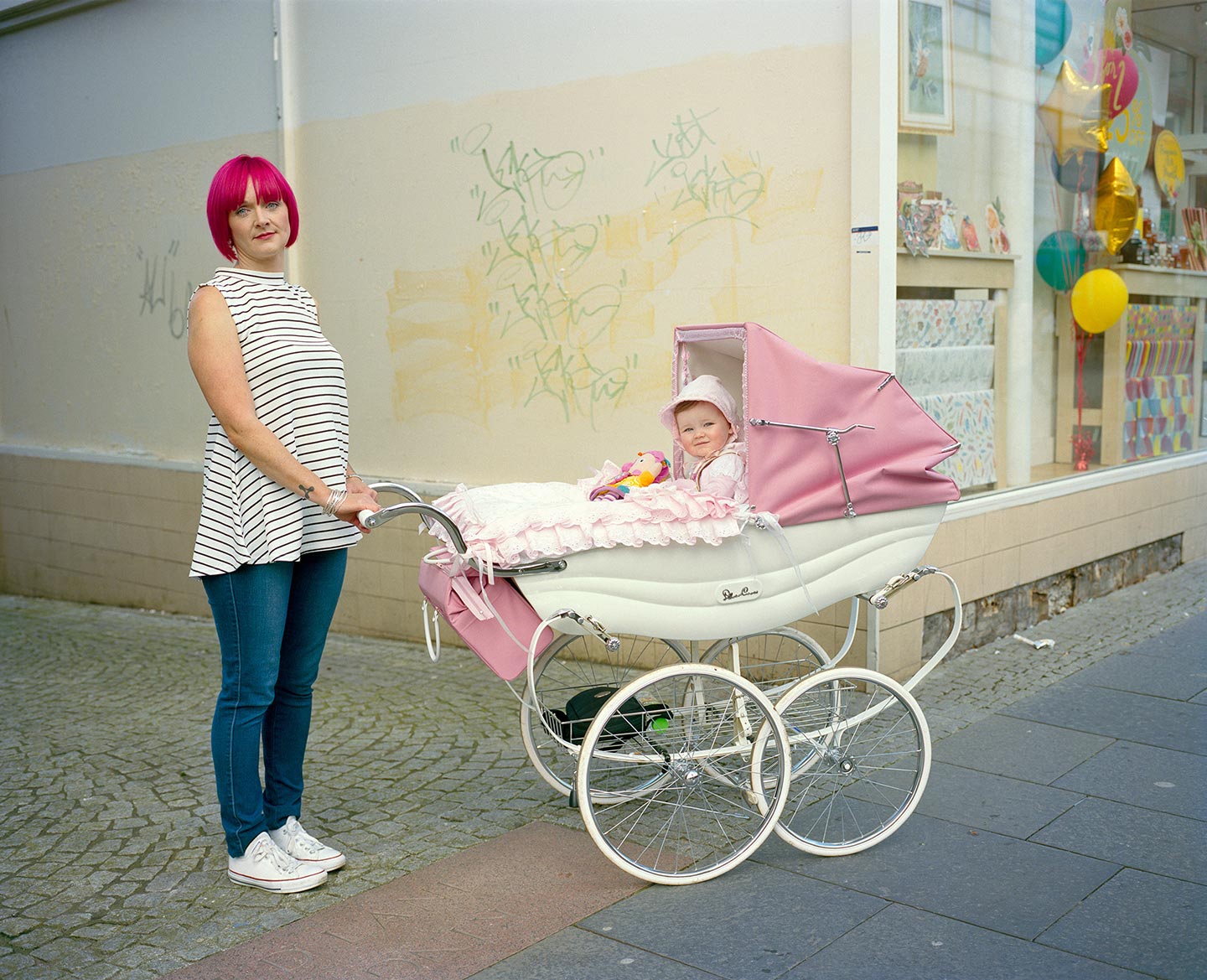 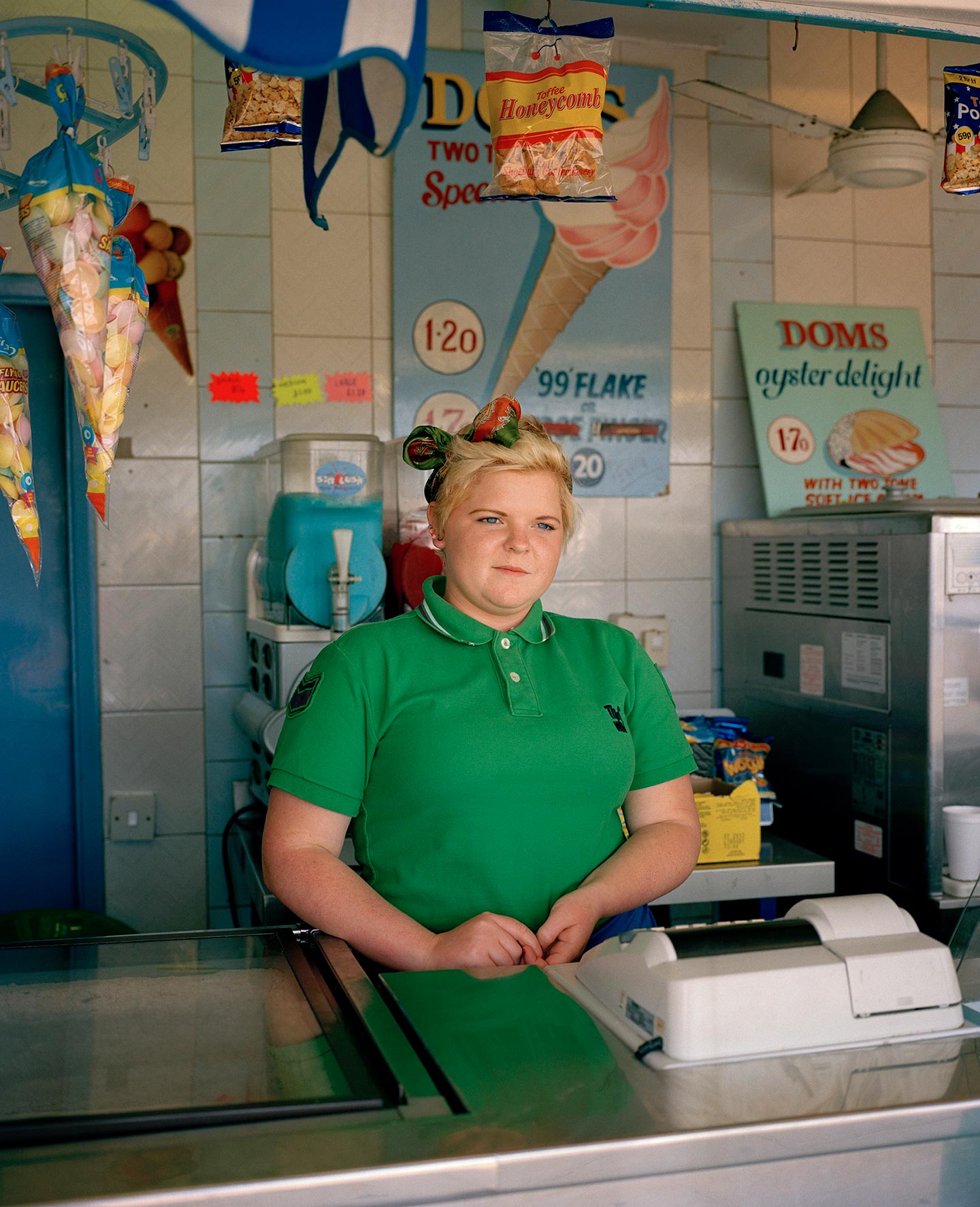 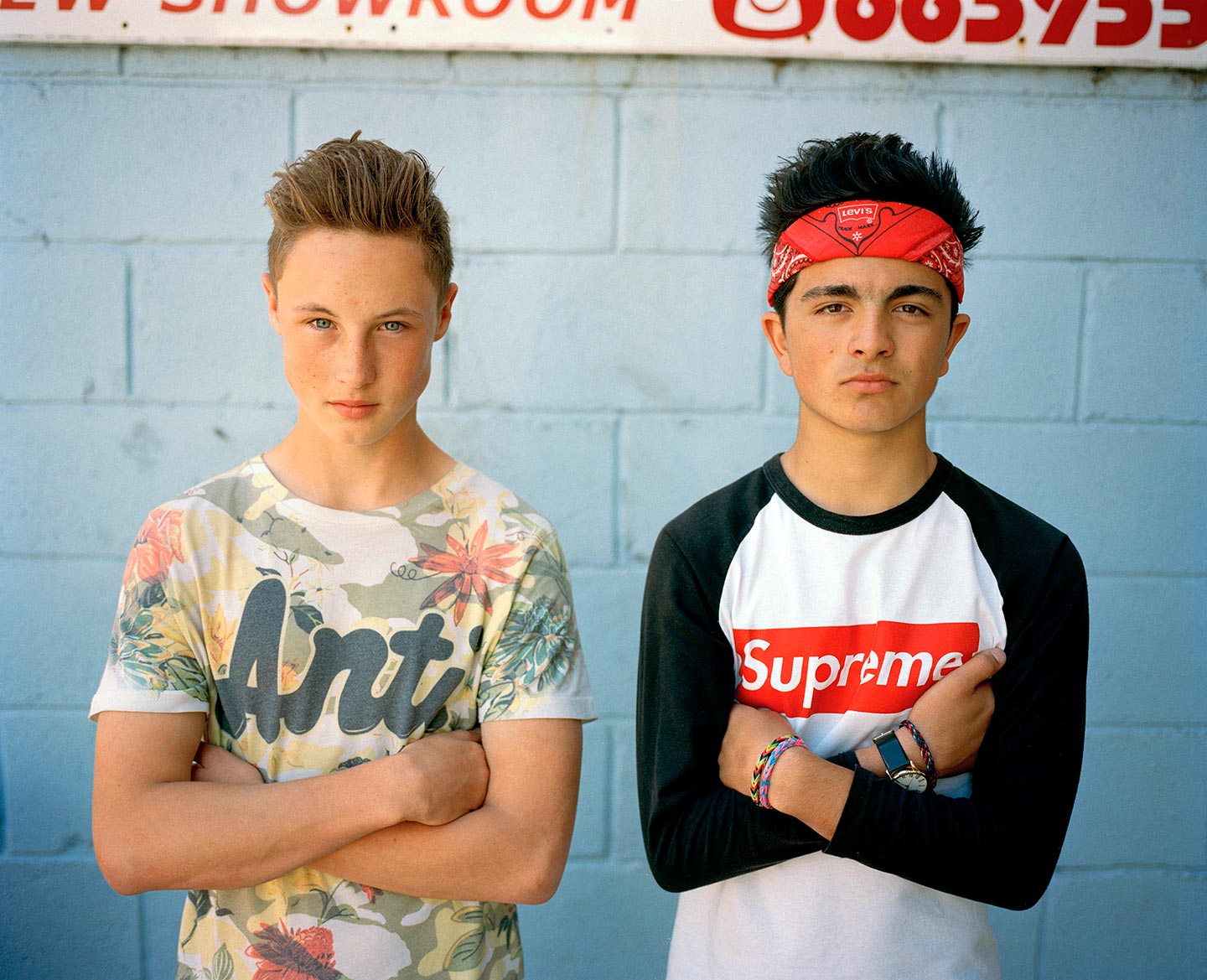 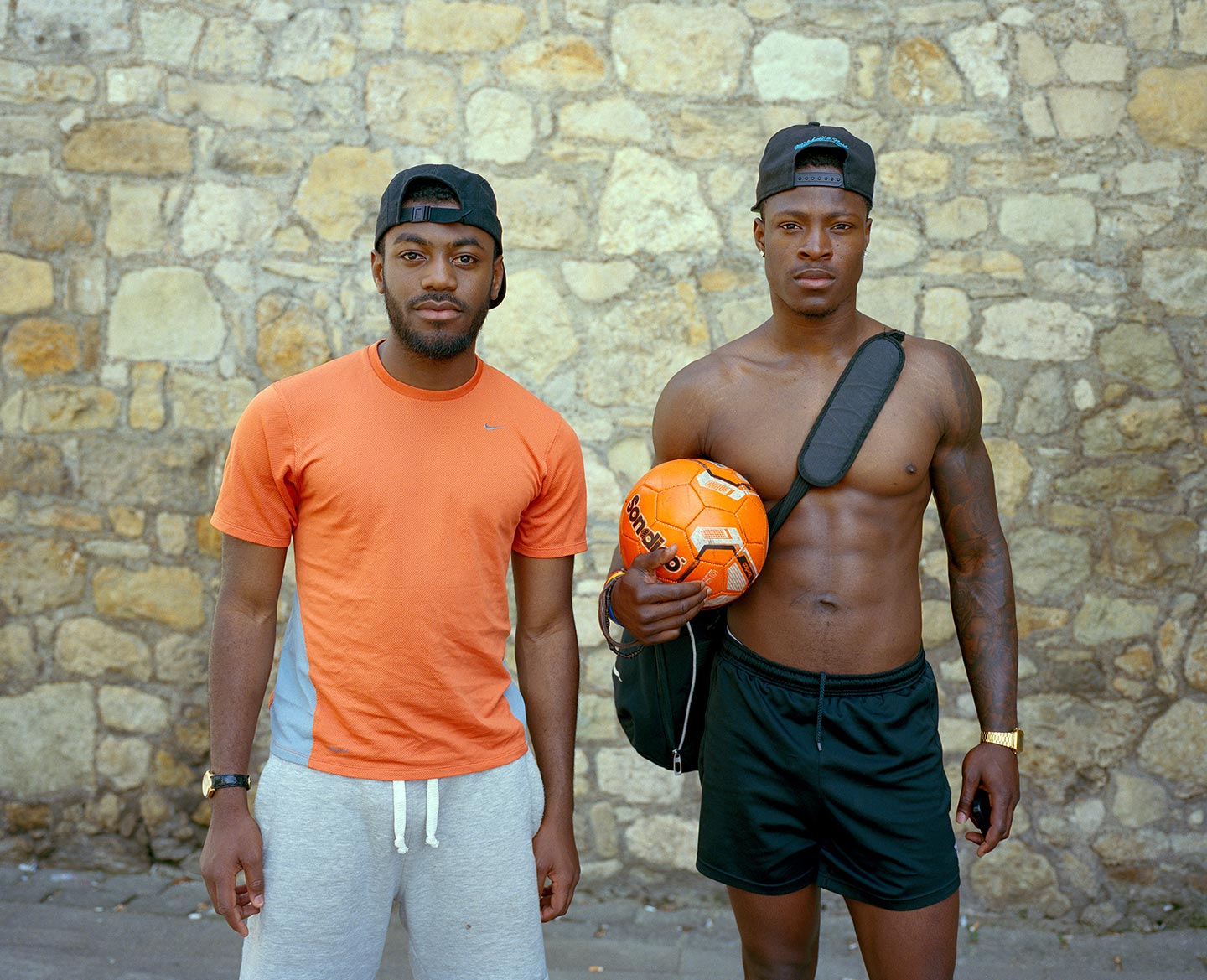 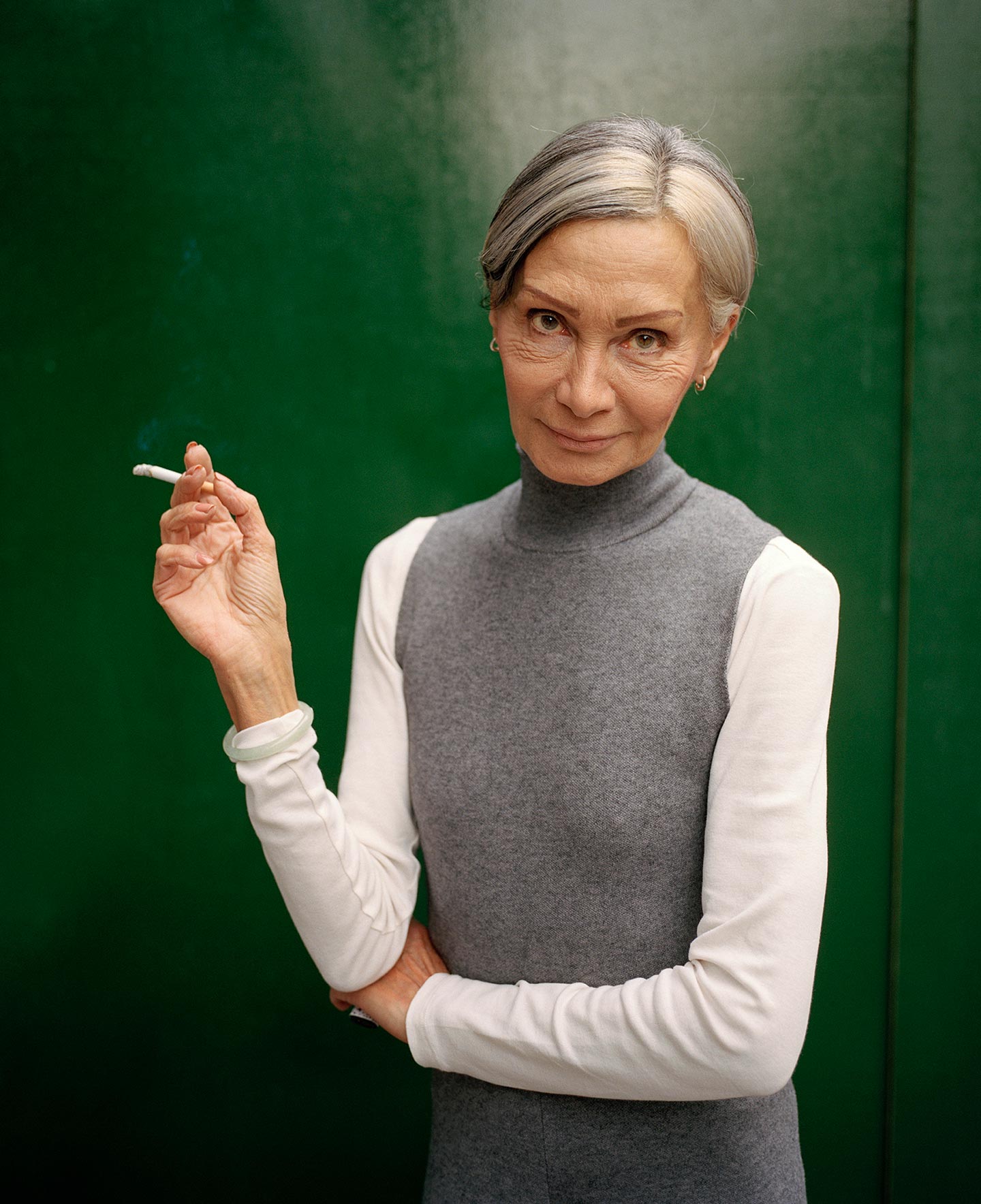 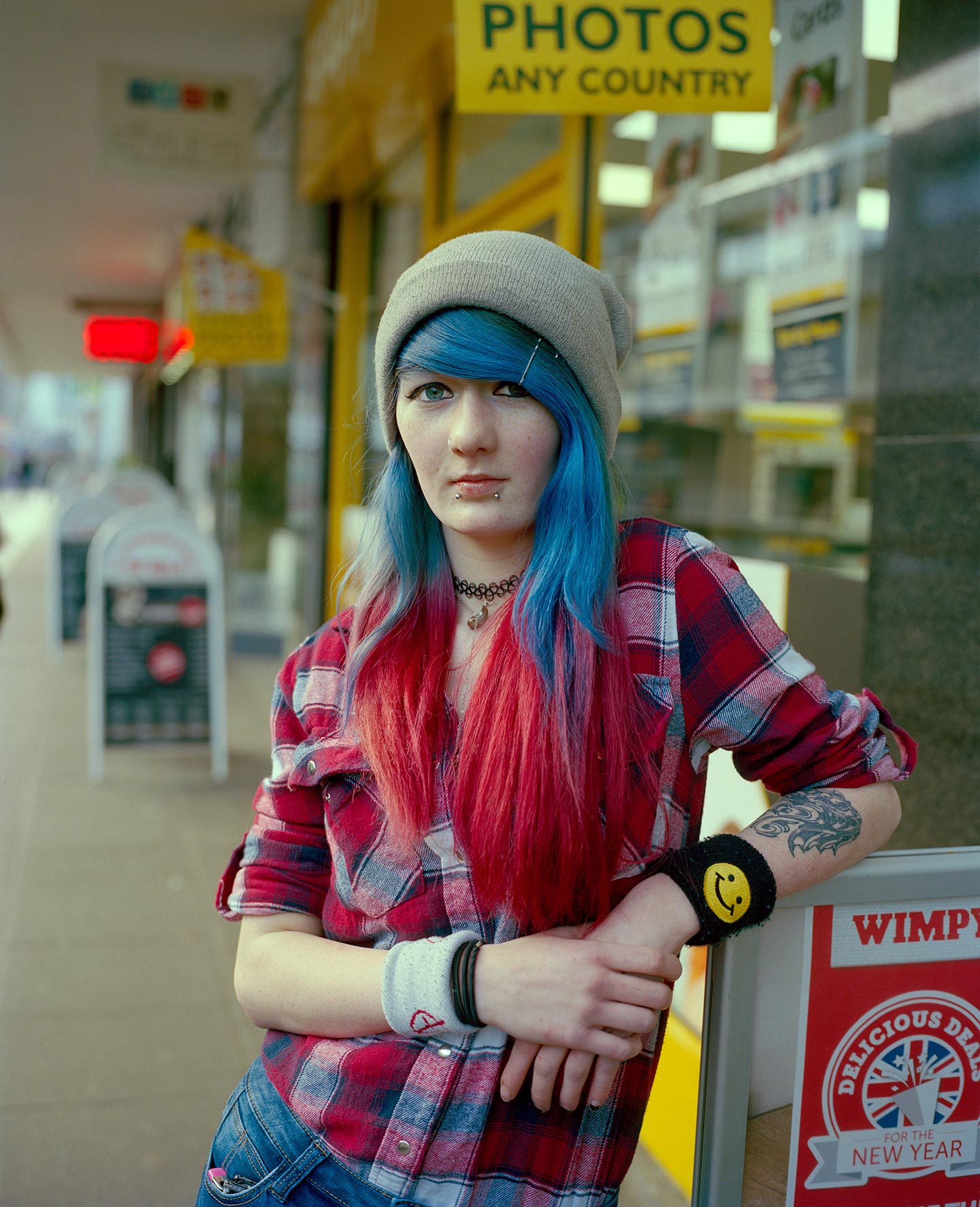 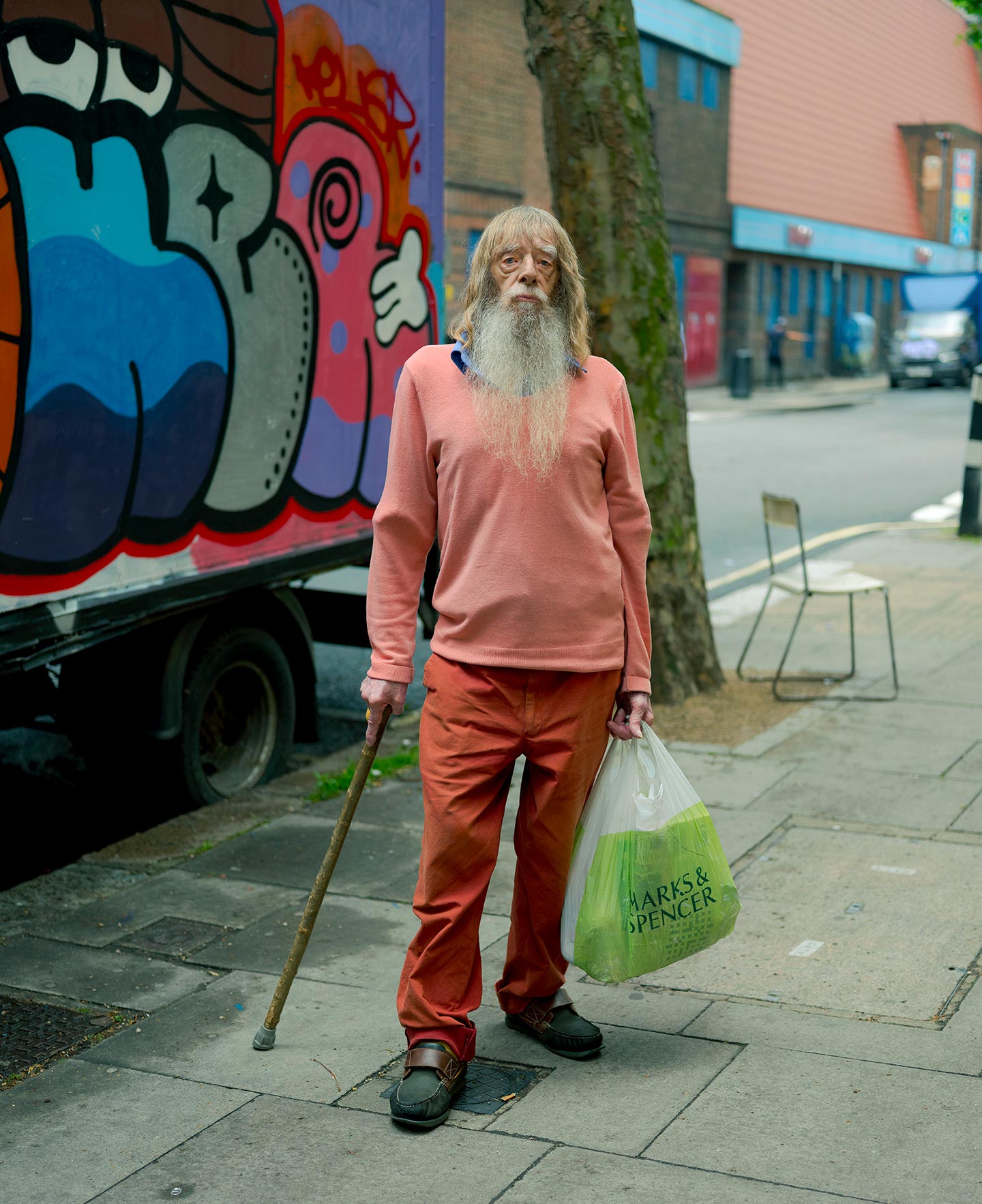 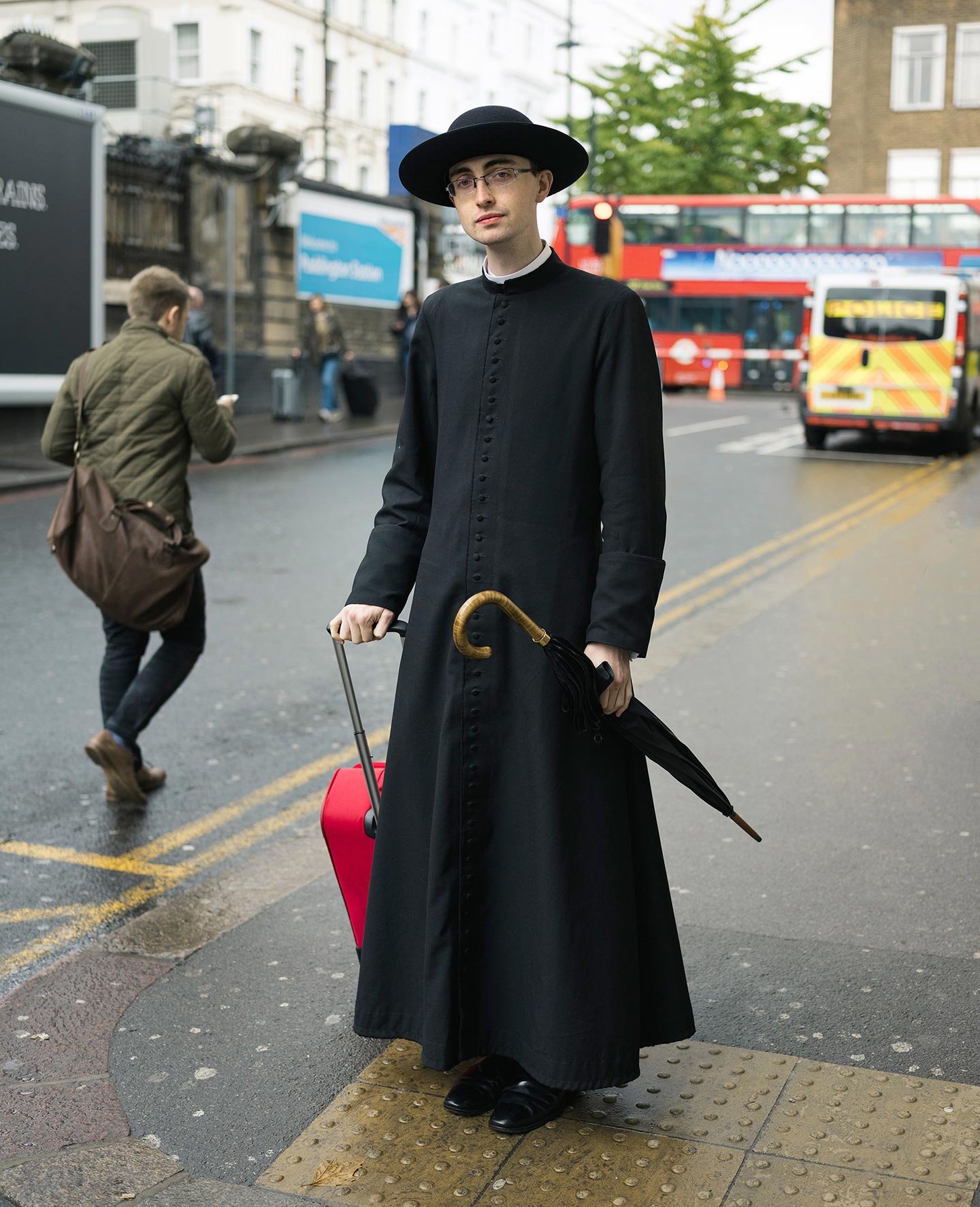 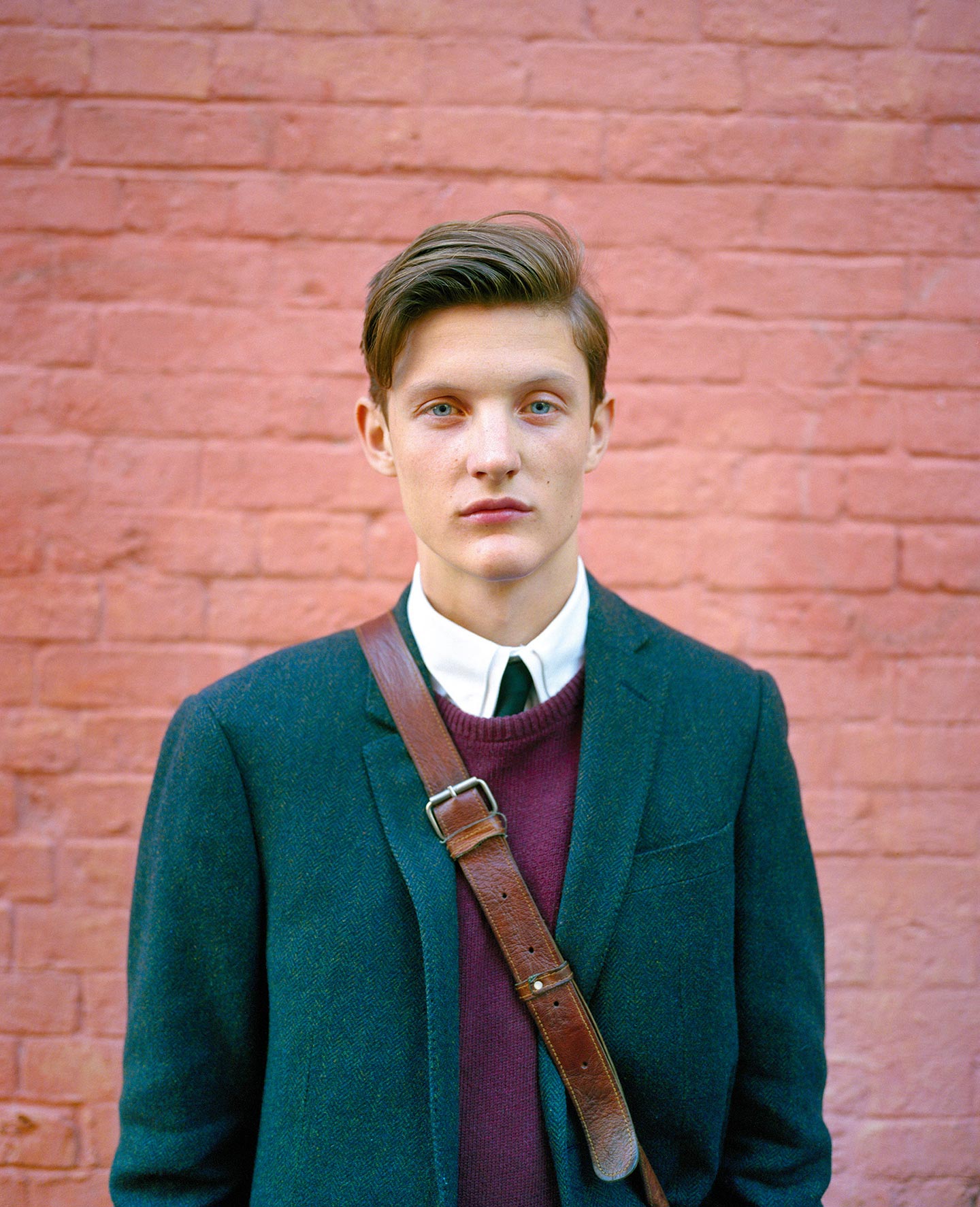 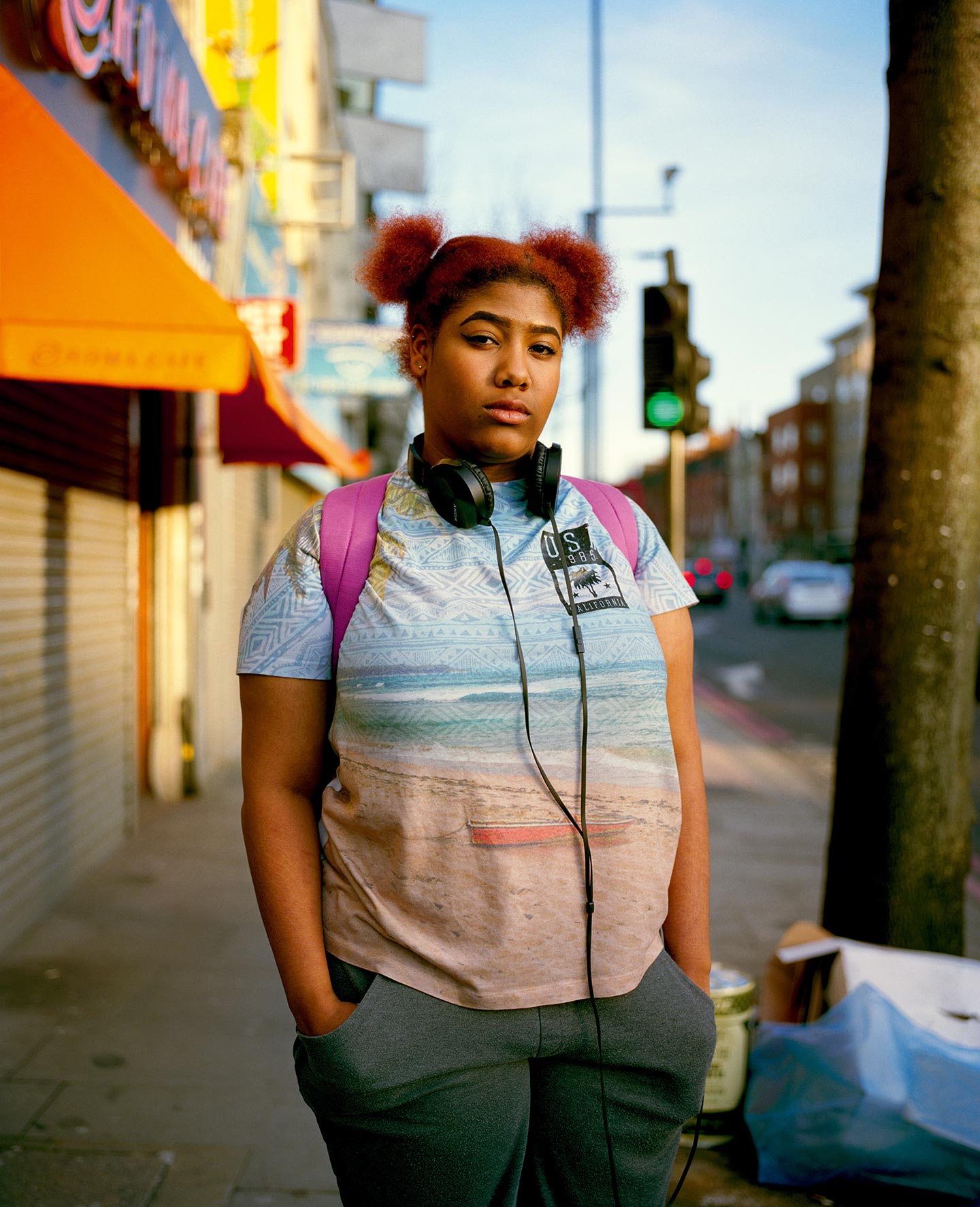 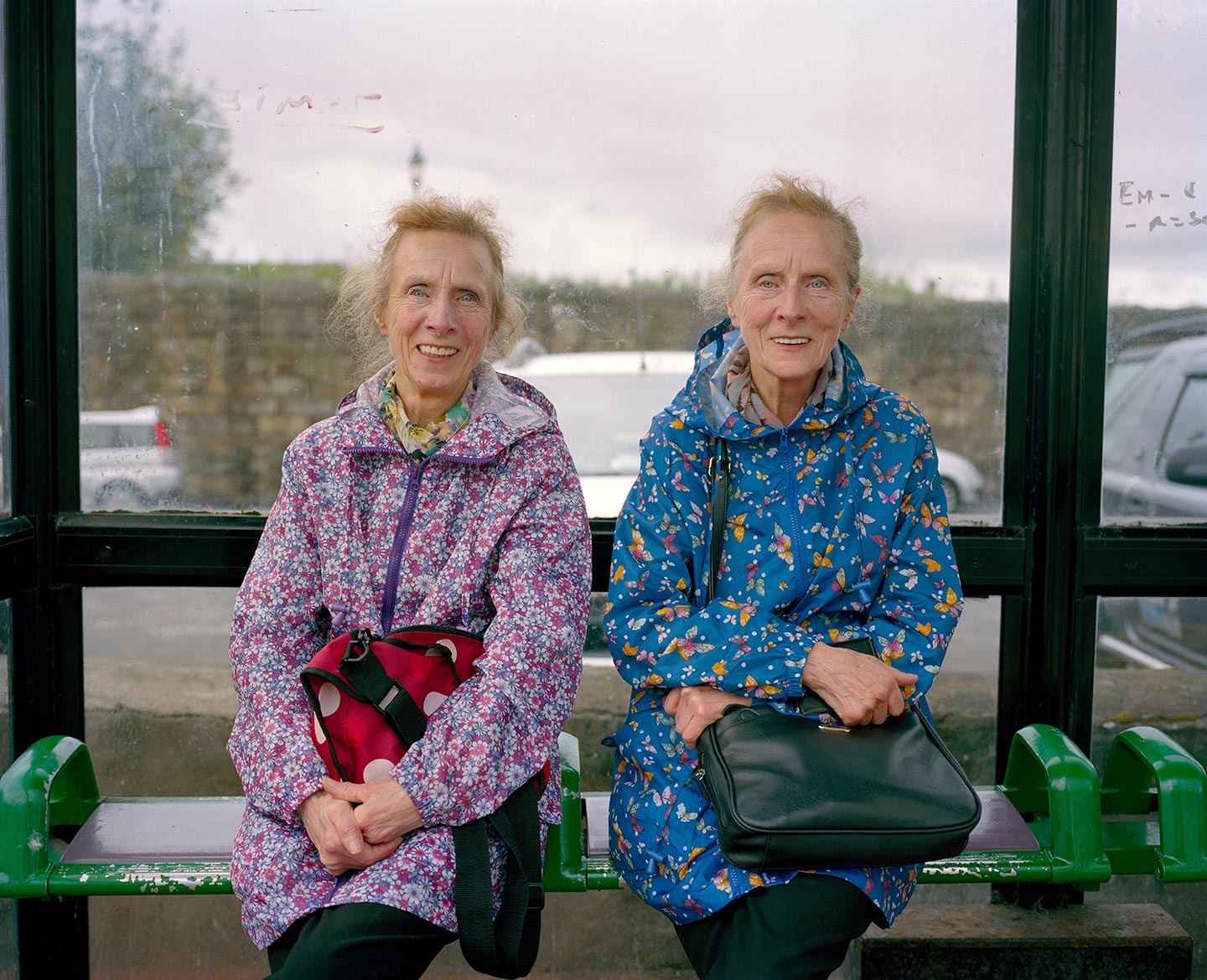 Town to Town by 52 year-old Scottish photographer Niall McDiarmid is a collection of street portraits (also published as a currently sold out photobook) shot by Niall in small cities across Britain. Initially, his idea was to work in London only, but then he started taking trains to smaller towns like Hastings, Southend-on-Sea and Camden Town, often choosing the destination simply based on where it was cheaper to go to. In the end, the portraits of Town to Town were shot in about 200 different places.

Although not exclusively a portrait photographer, portraits do take up a lot of Niall’s production and are what he is best-known for. “I’m a curious person—I like meeting new people” Niall says. “I’m good at sparking conversations with strangers, it’s something I enjoy. I’m not sure where it comes from… I suppose being Scottish helps: small talk is my stock-in-trade.” But what catches his eye about one person and not another to decide that he wants to take their photograph? “I’m interested in people who say something about the area or town I am in. I also try to include elements of color, shape and pattern into the portraits. Color is particularly important to me because I feel Britain is often represented with muted colors, but that’s not how I see it. In general, I think it’s important that I have my own style so that viewers can recognize my work.”

Niall shot the portraits of Town to Town over a period of six years. Of all the pictures he took, he selected a final edit of 60 portraits printed in the book: “Hopefully the whole combined body of work is a marker for Britain at this time. I wanted to show a cross section of society from across Britain—a mix of age, gender and ethnicity. I’ve made portraits from as far as north as Dingwall in northern Scotland all the way south to Bodmin in Cornwall, so I hope viewers can see something new about Britain that shows the country is changing and becoming a more diverse society.”

The main influences on Niall’s photography have been “my family and my background, as it is for most photographers. As I get a little older and more established in photography, other photographers’ work seems to have less of an influence. At the moment I’m more interested in how other creative people—not just photographers—keep moving on, making new work, producing books, records, artwork, exhibitions etc.”

Some of his favorite contemporary photographers are Janet Delaney, Tom Wood, Margaret Mitchell, Martin Parr, Sian Davey and Andrew Jackson. The last photobooks he bought were Per Strada by Guido Guidi and Past K-Ville by Mark Steinmetz; the next he’s going to by is Public Matters by Janet Delaney.