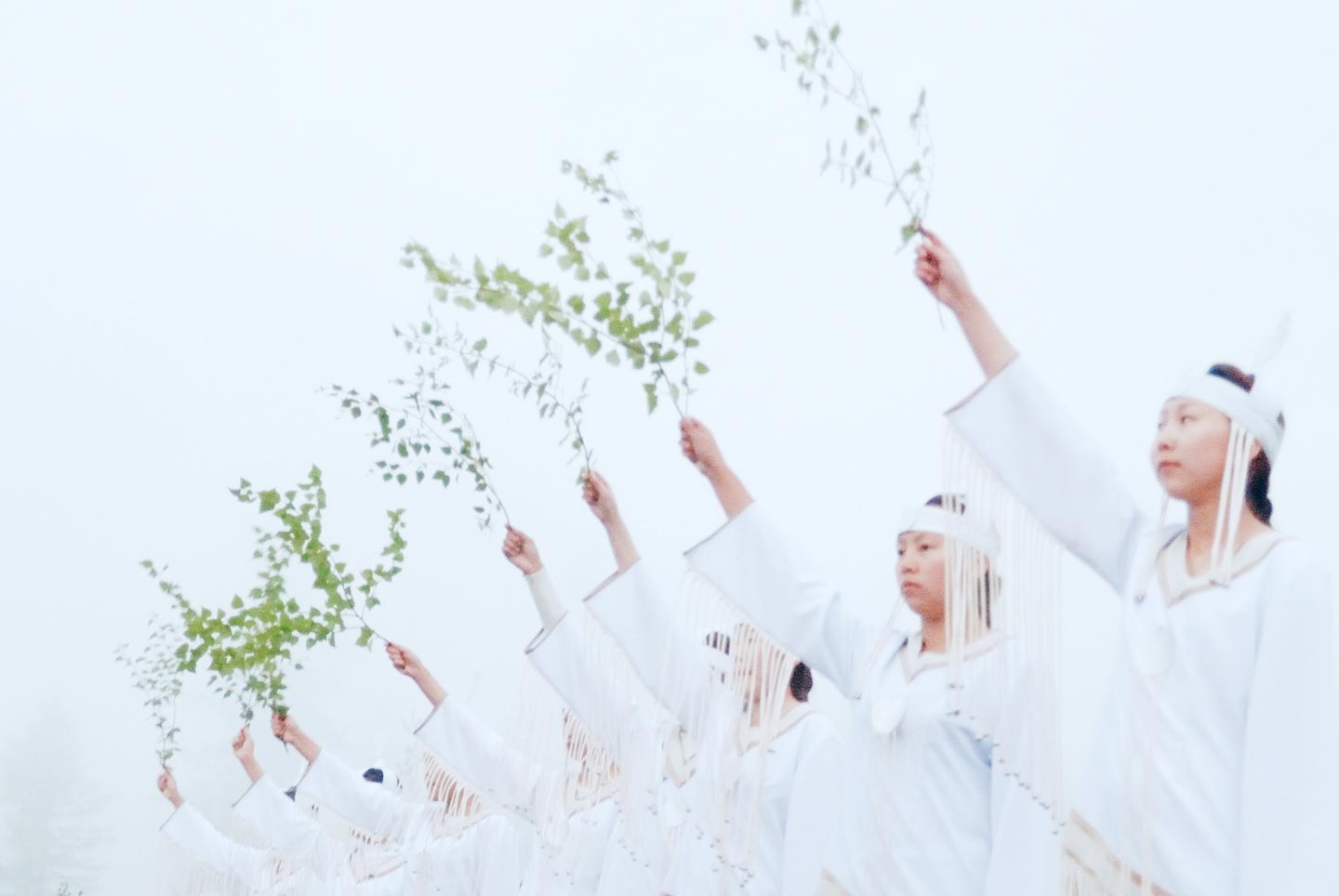 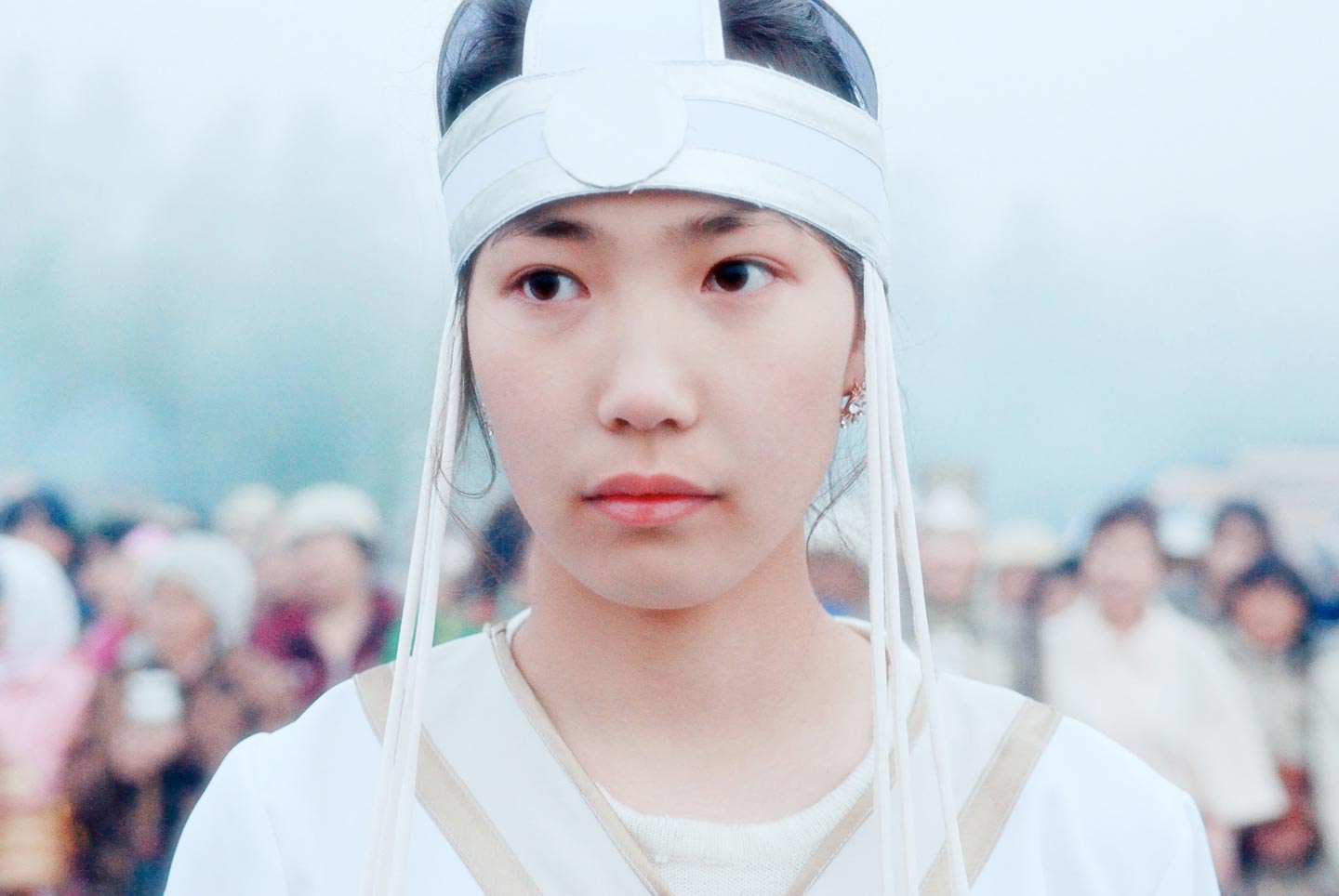 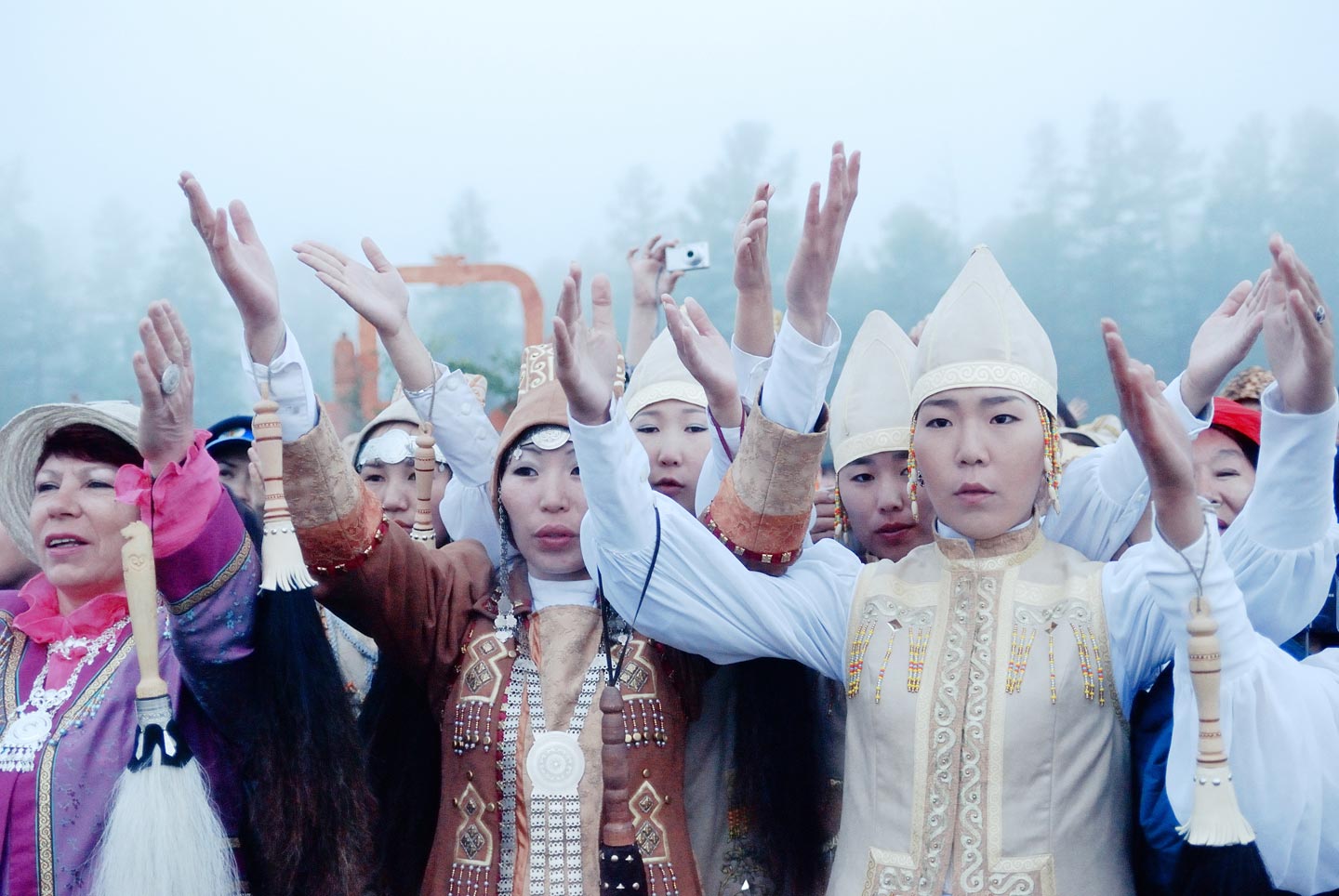 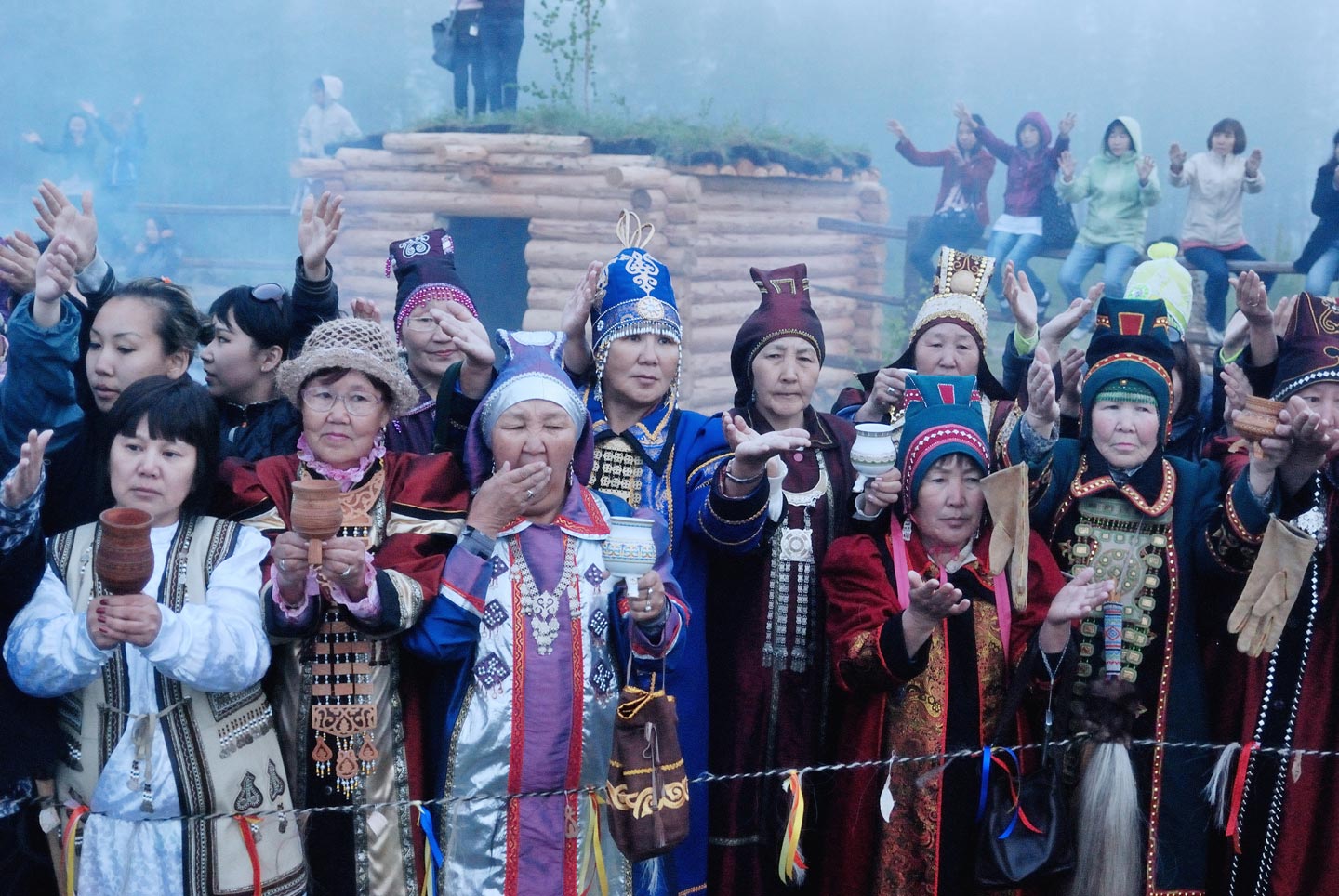 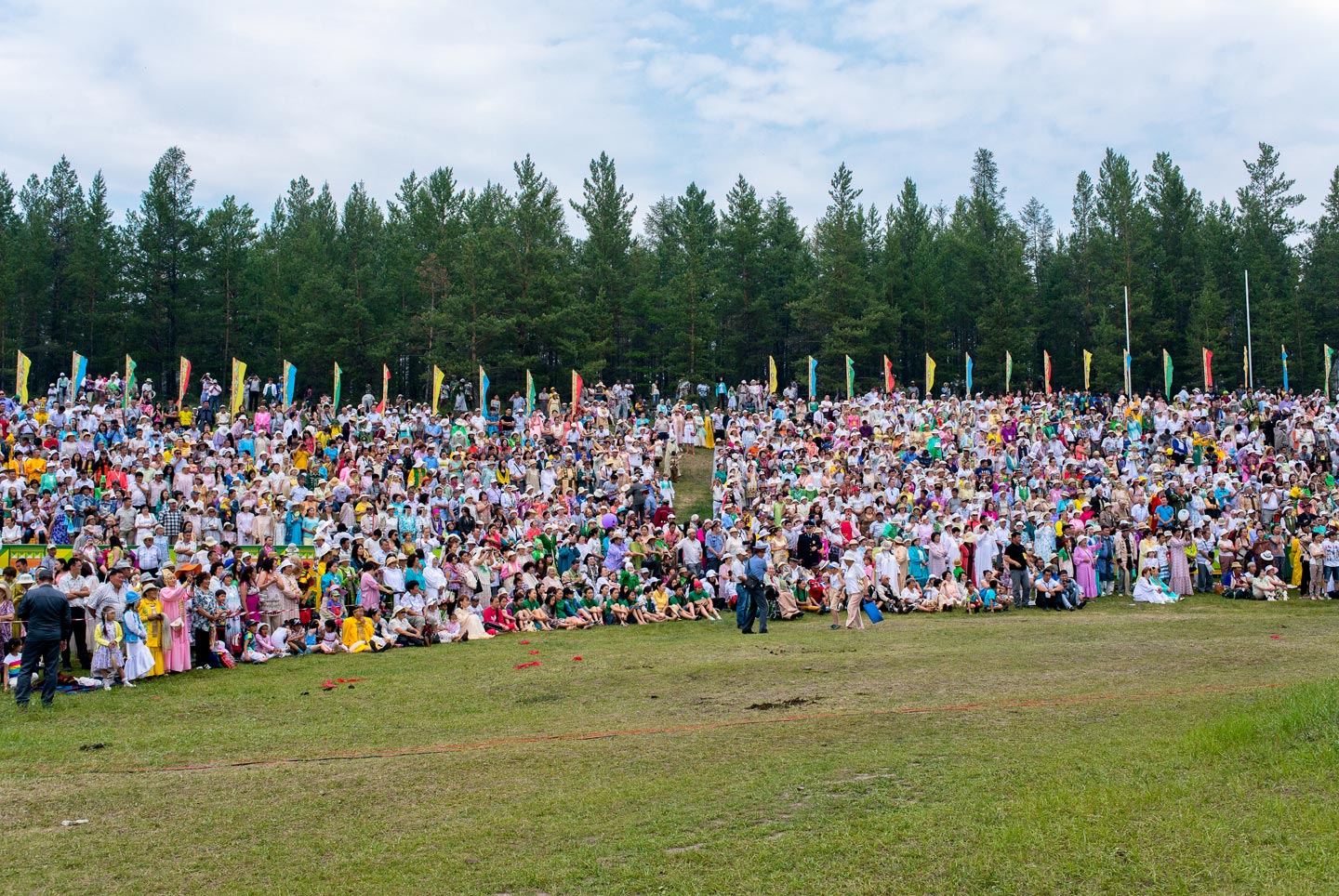 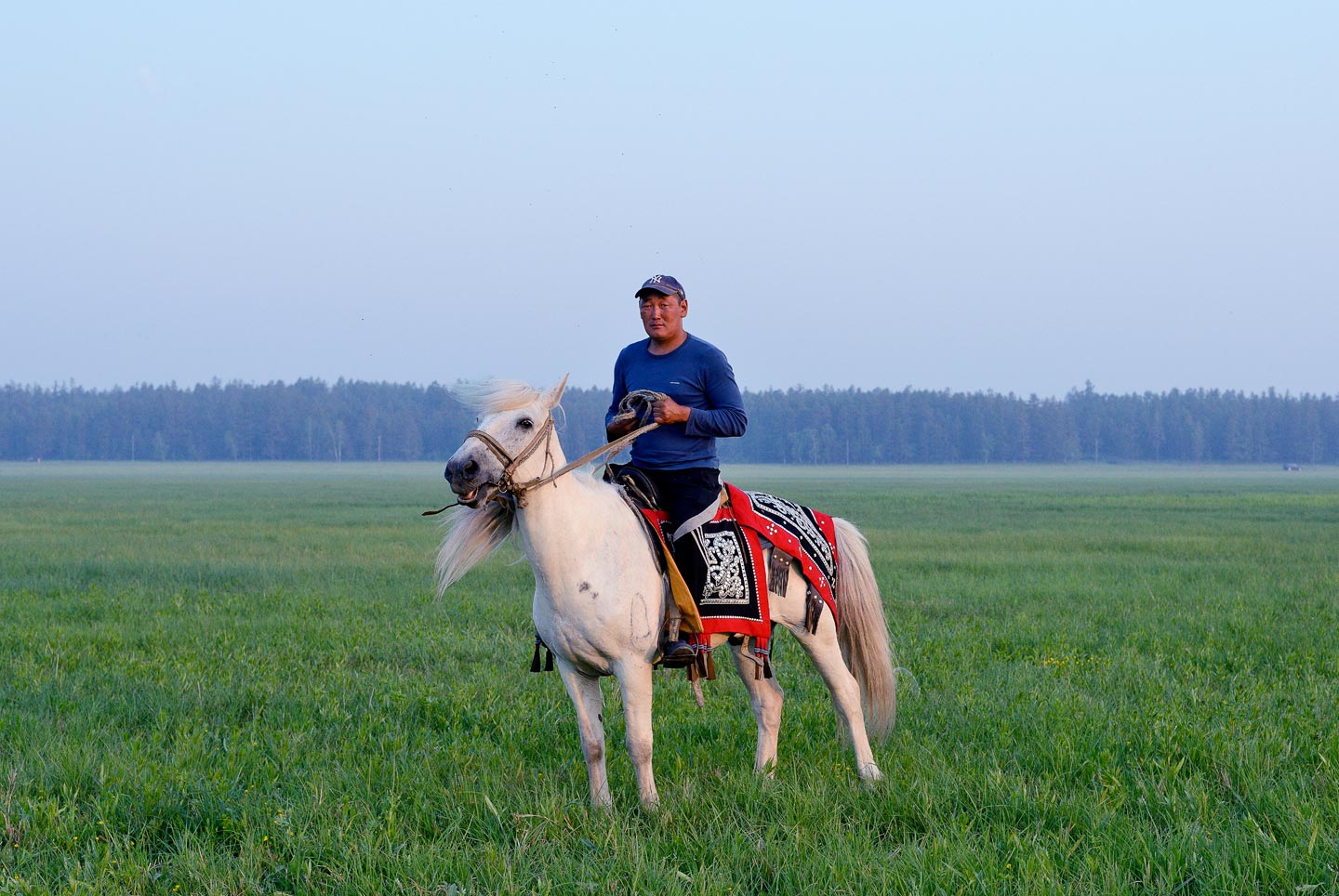 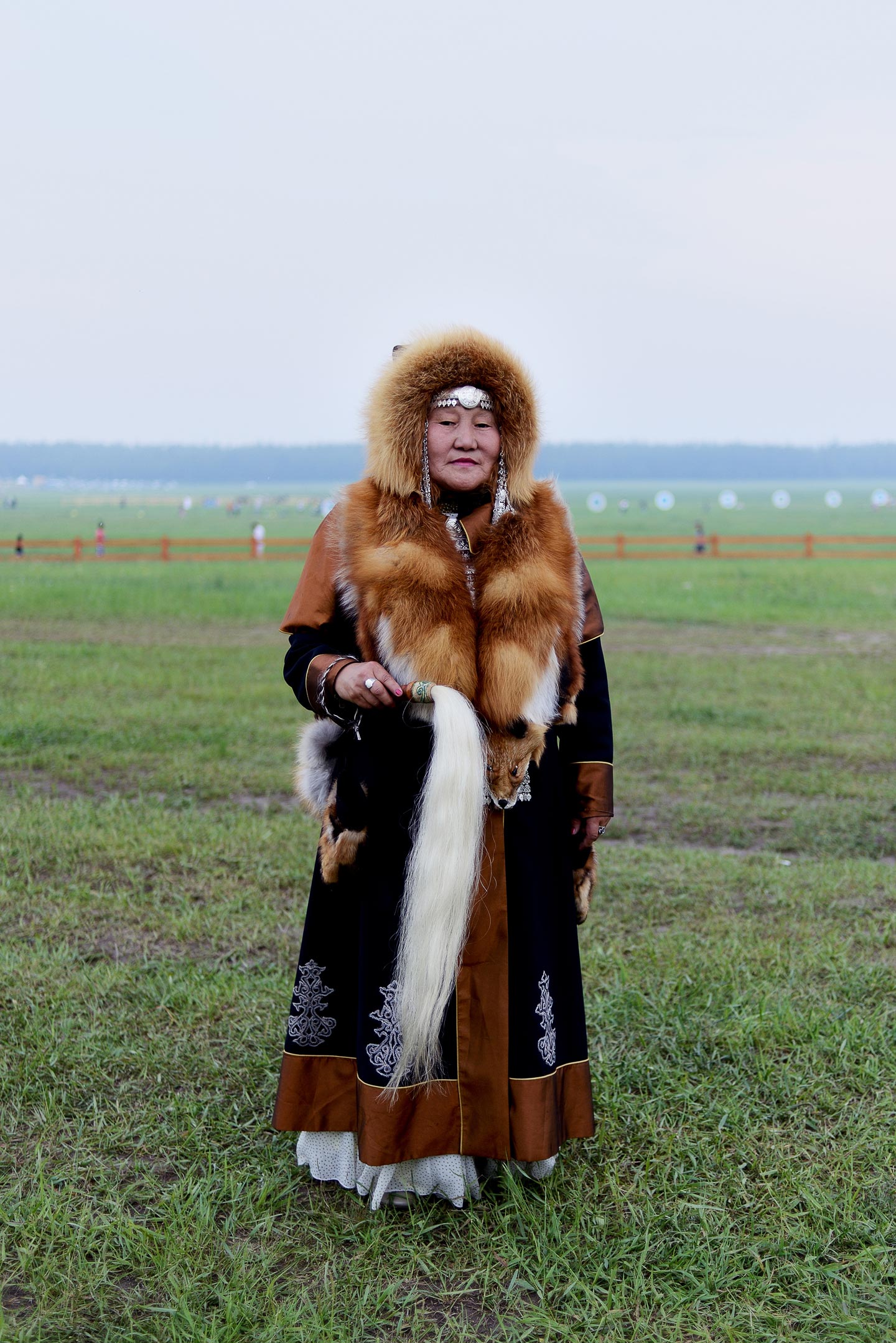 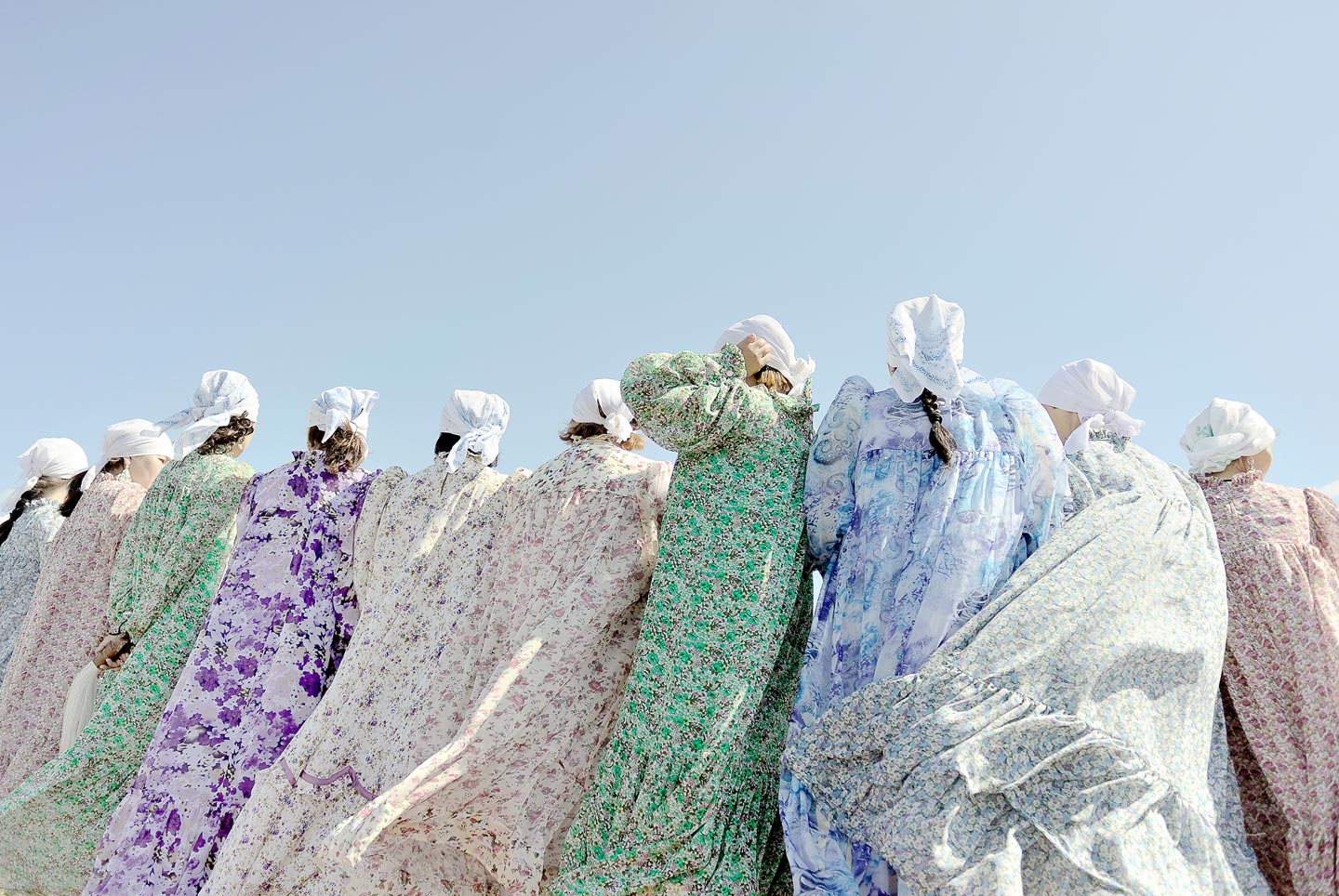 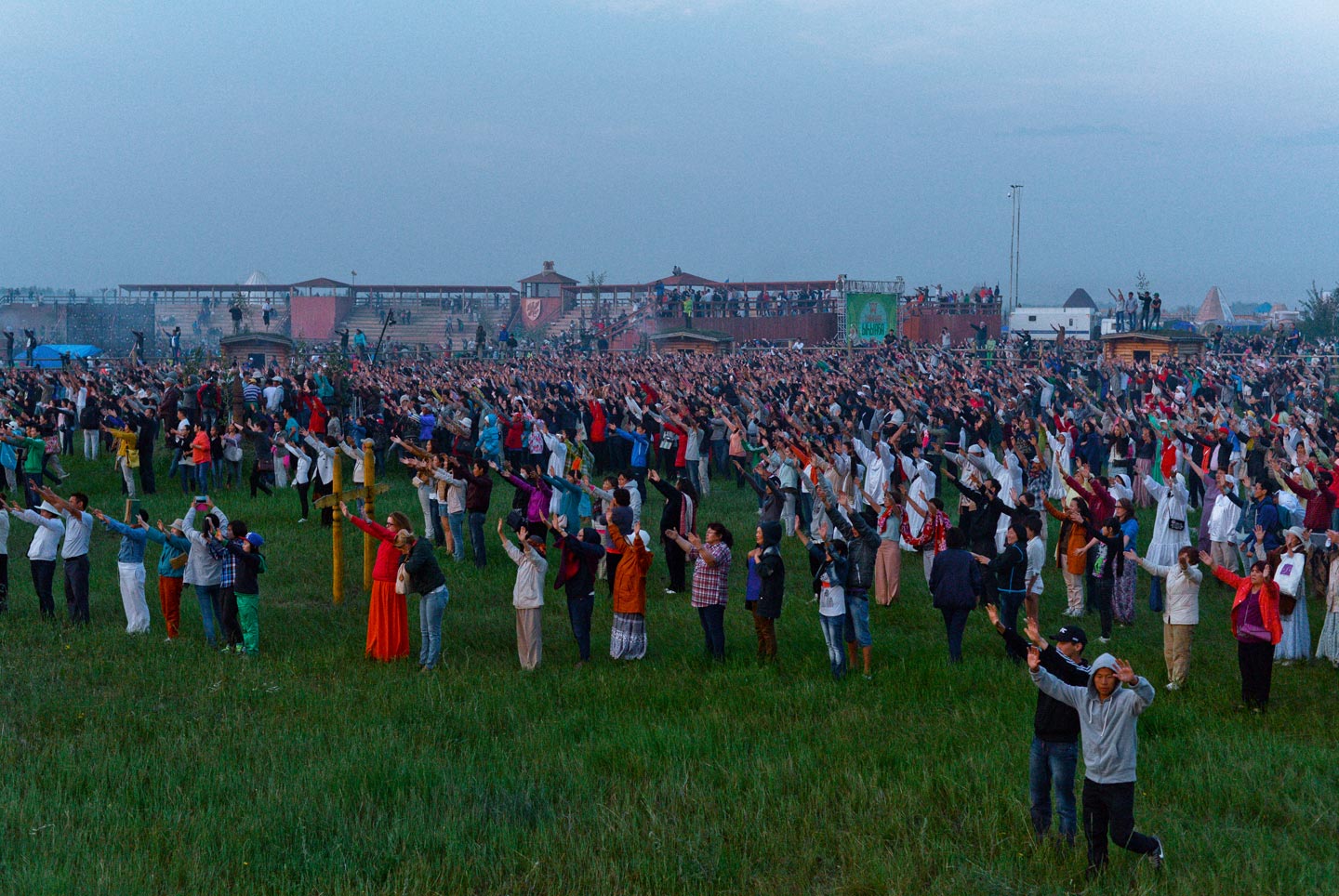 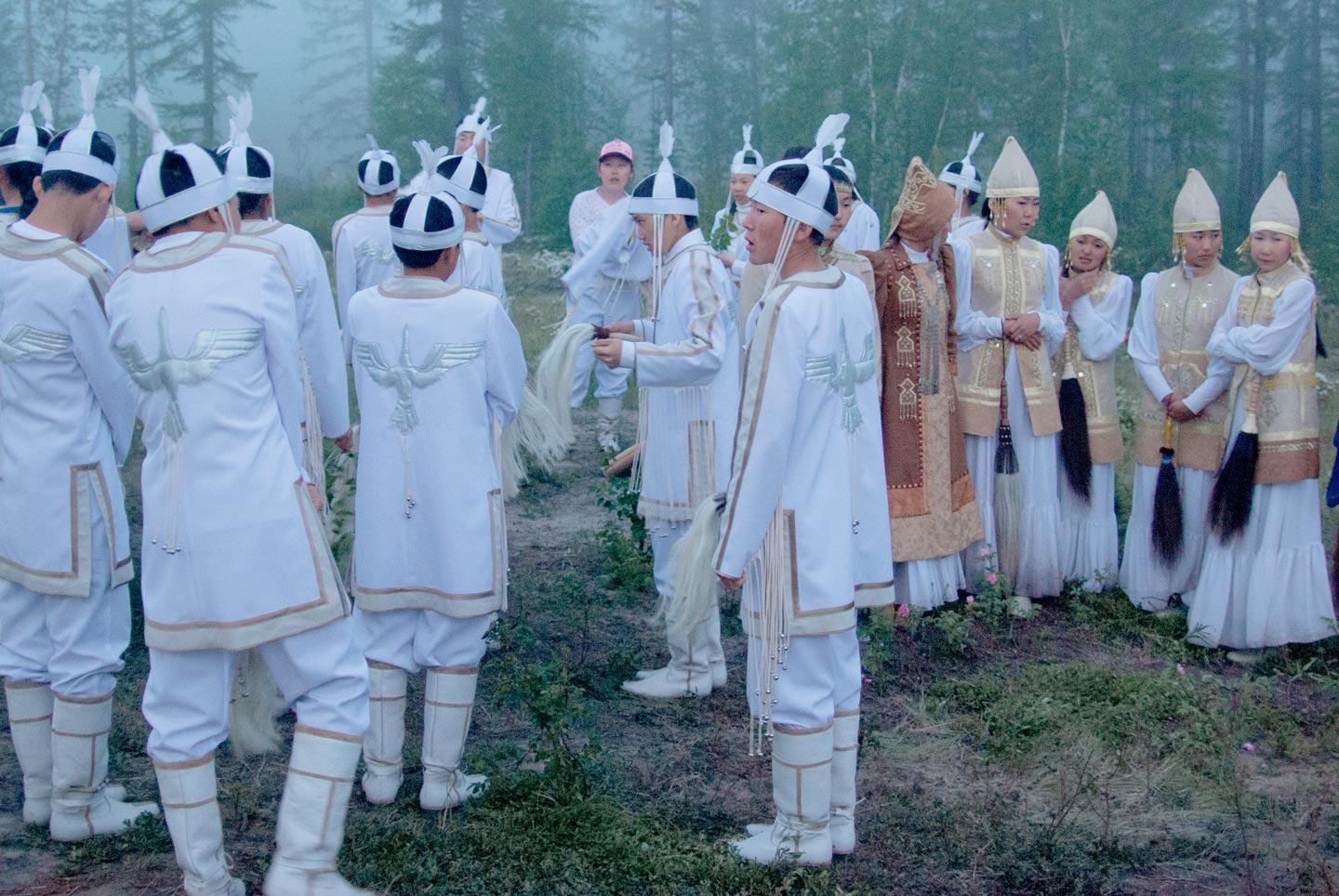 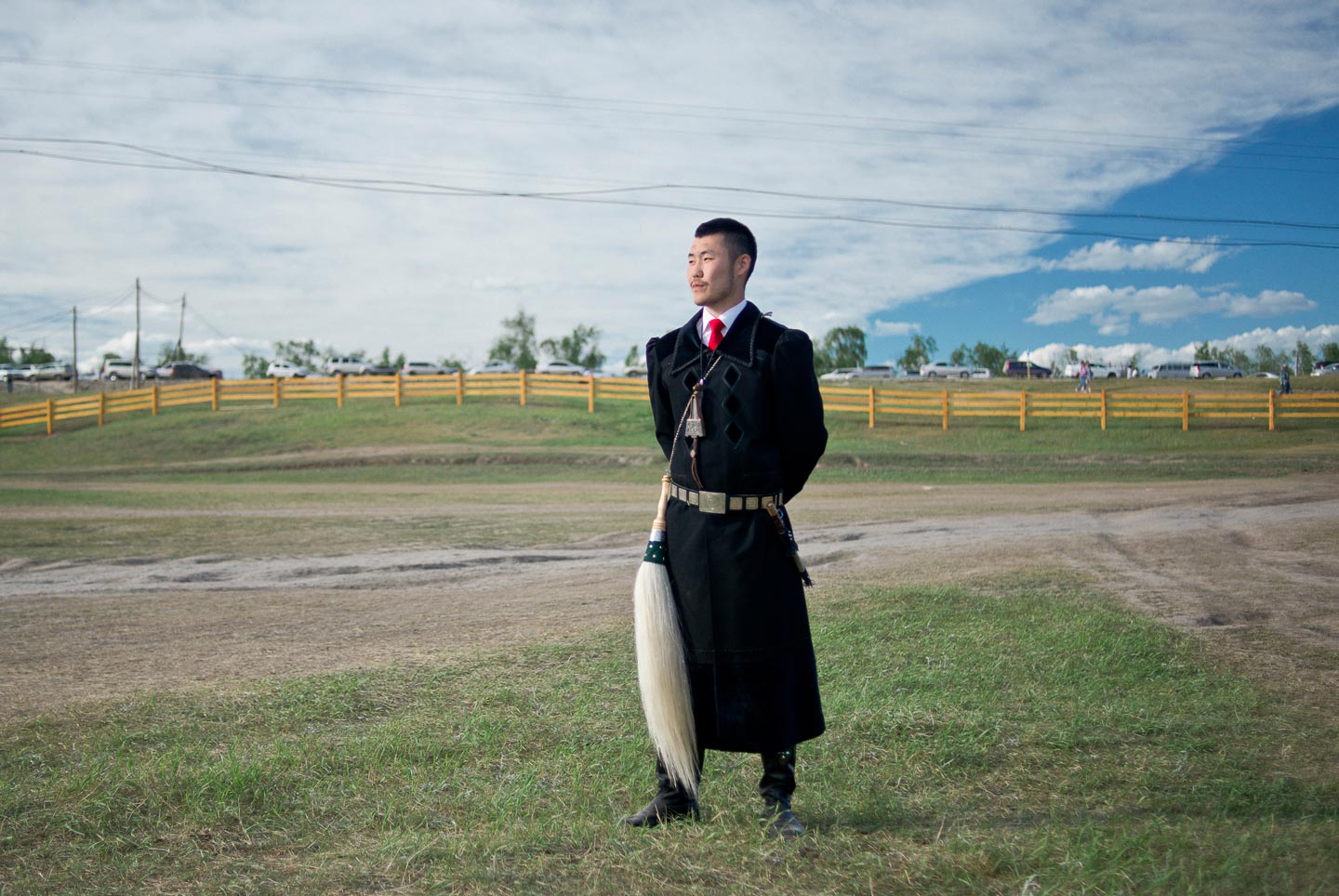 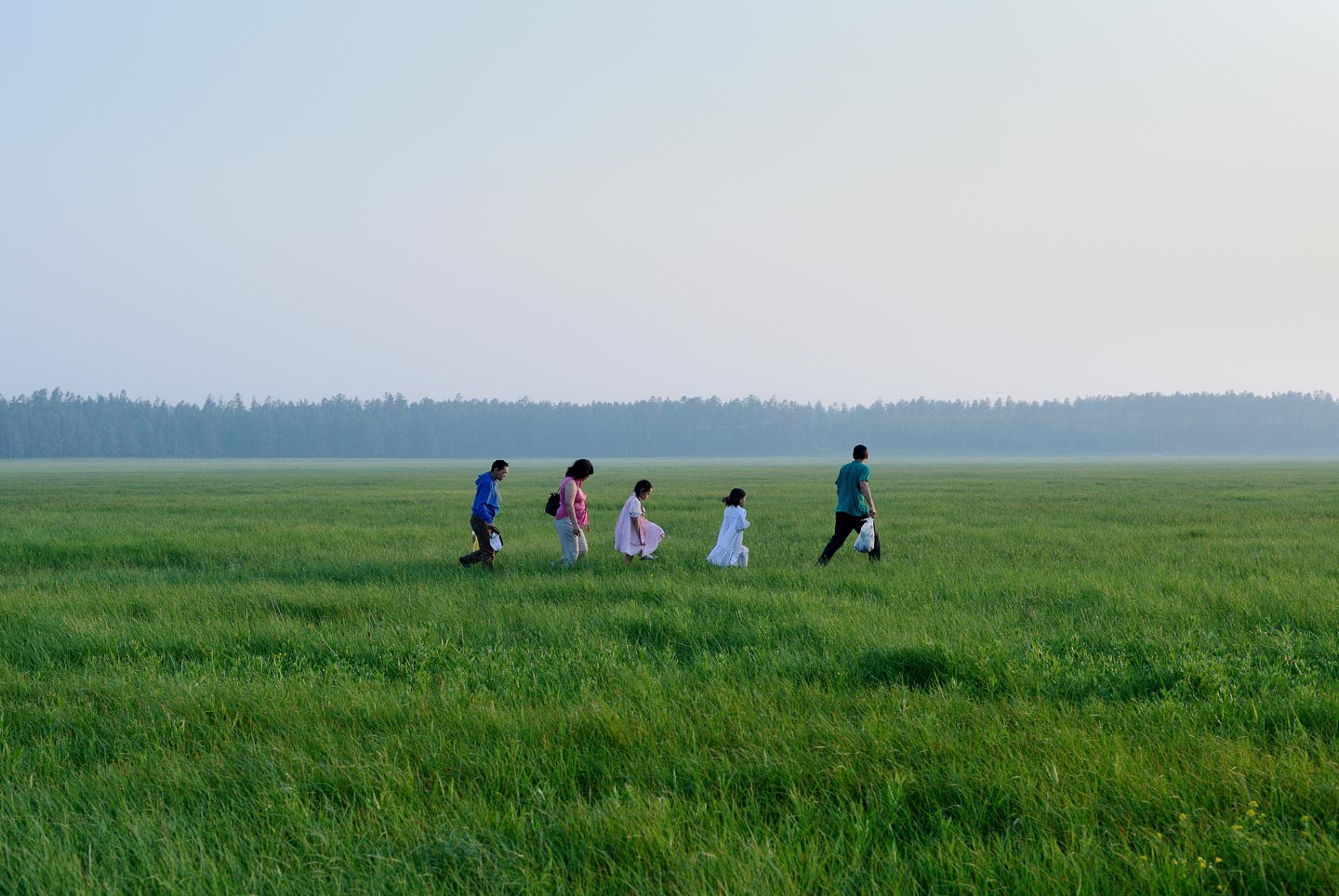 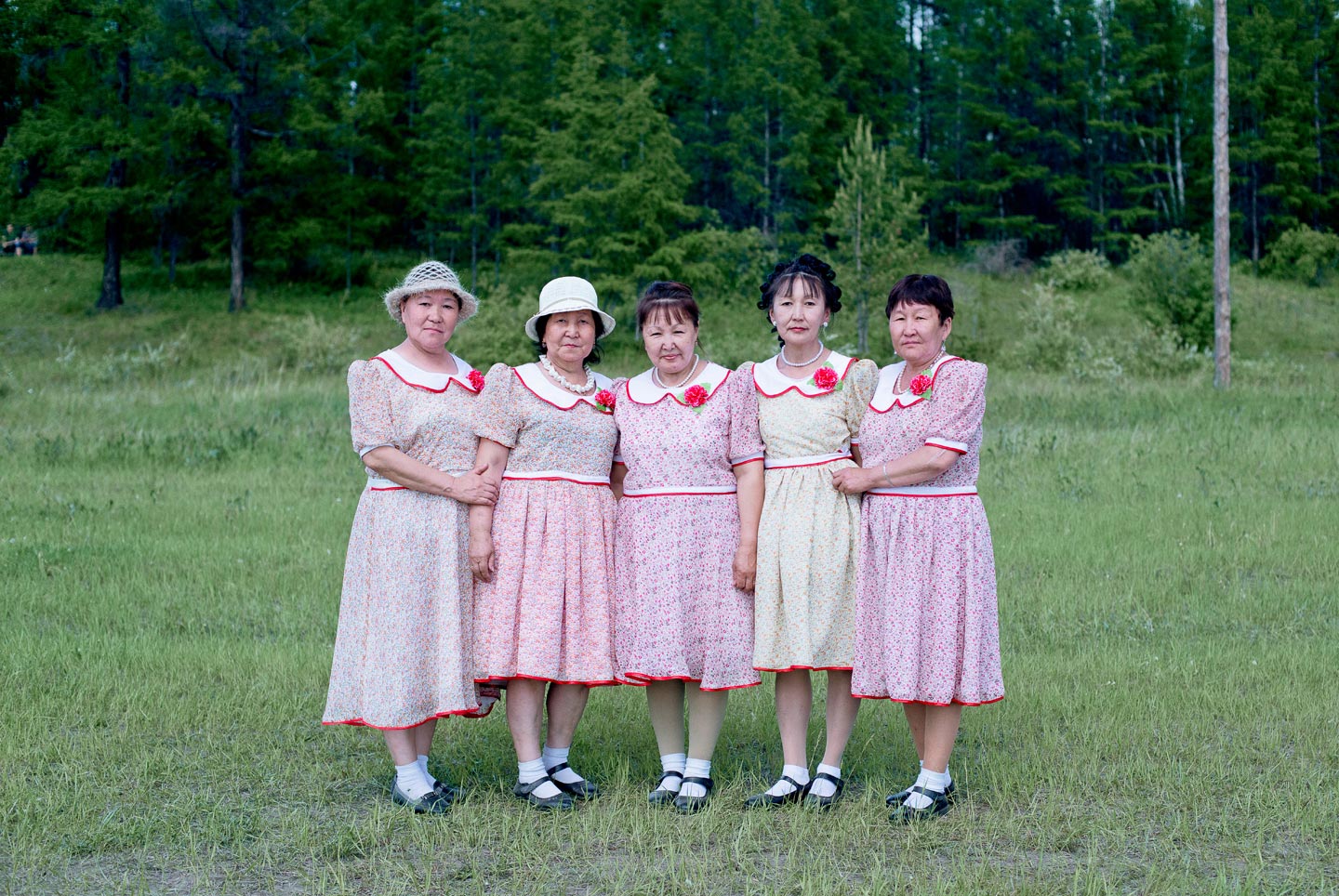 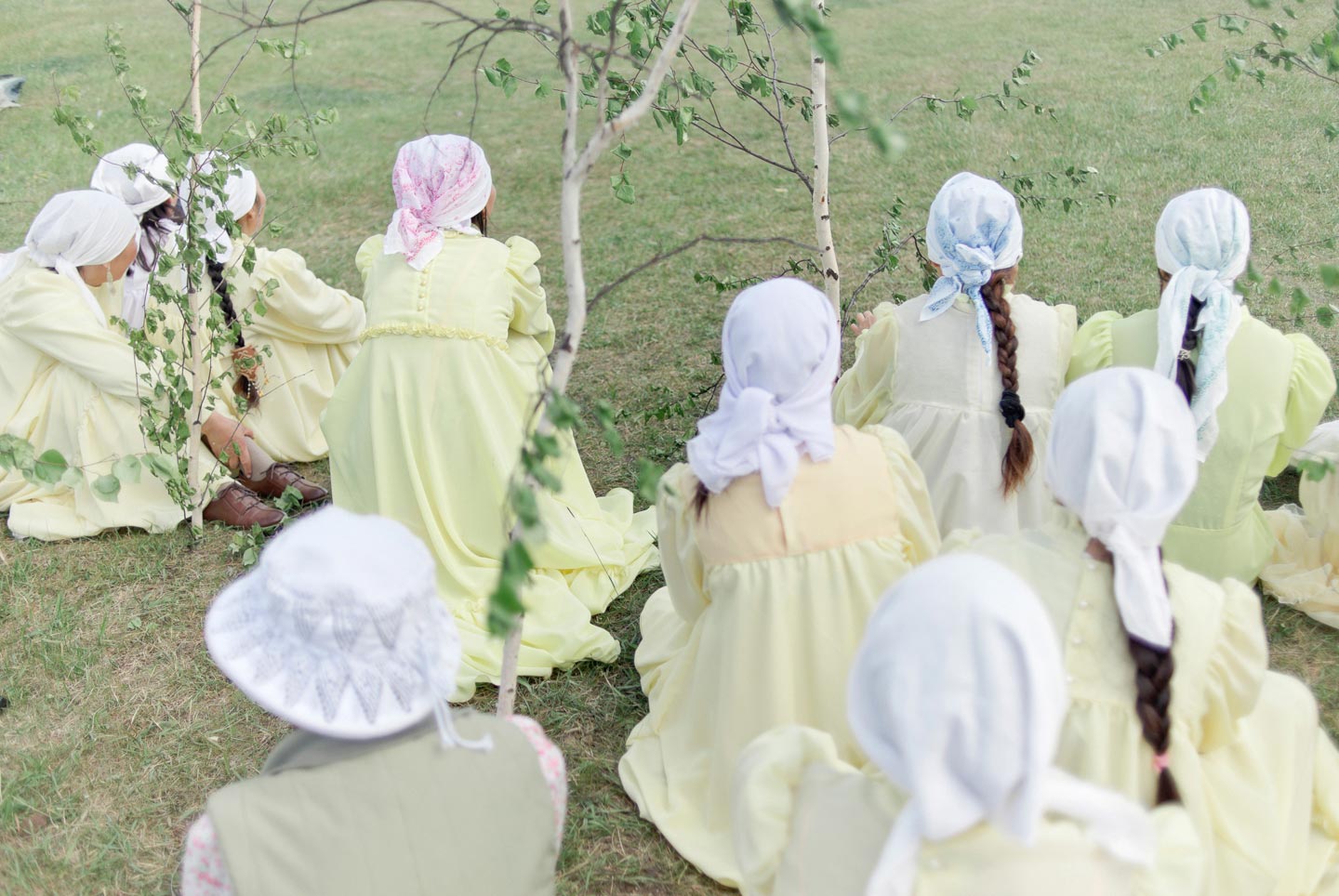 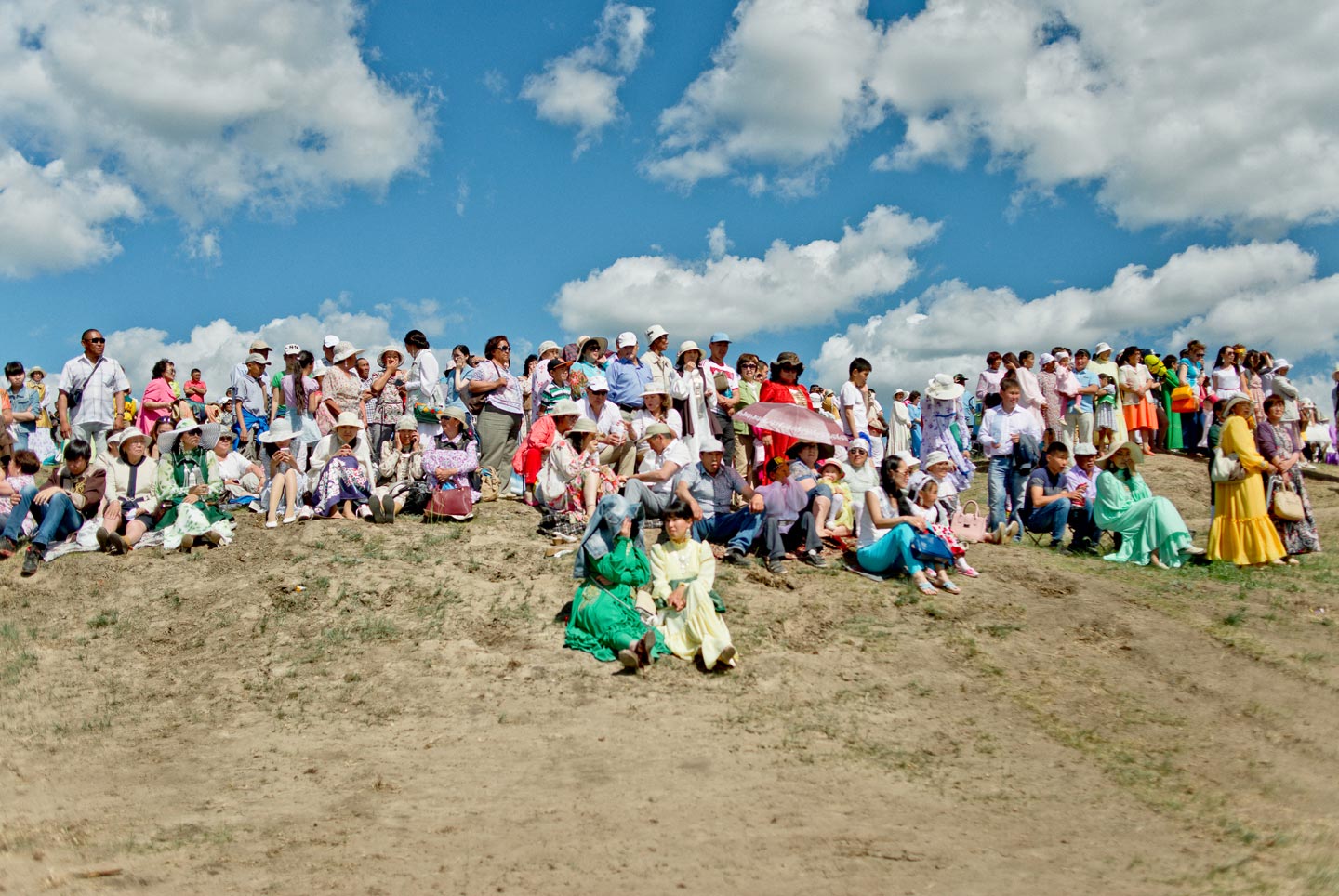 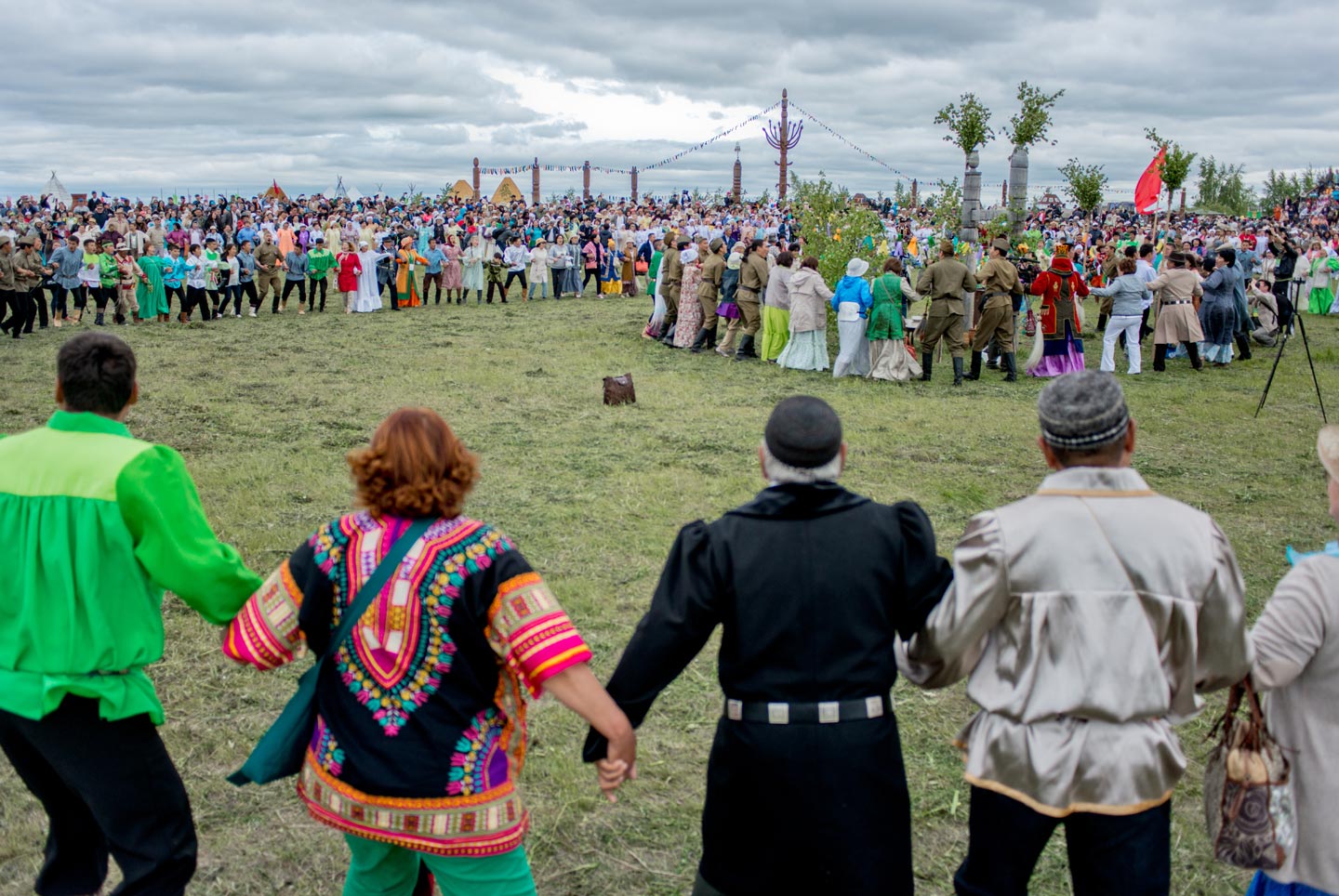 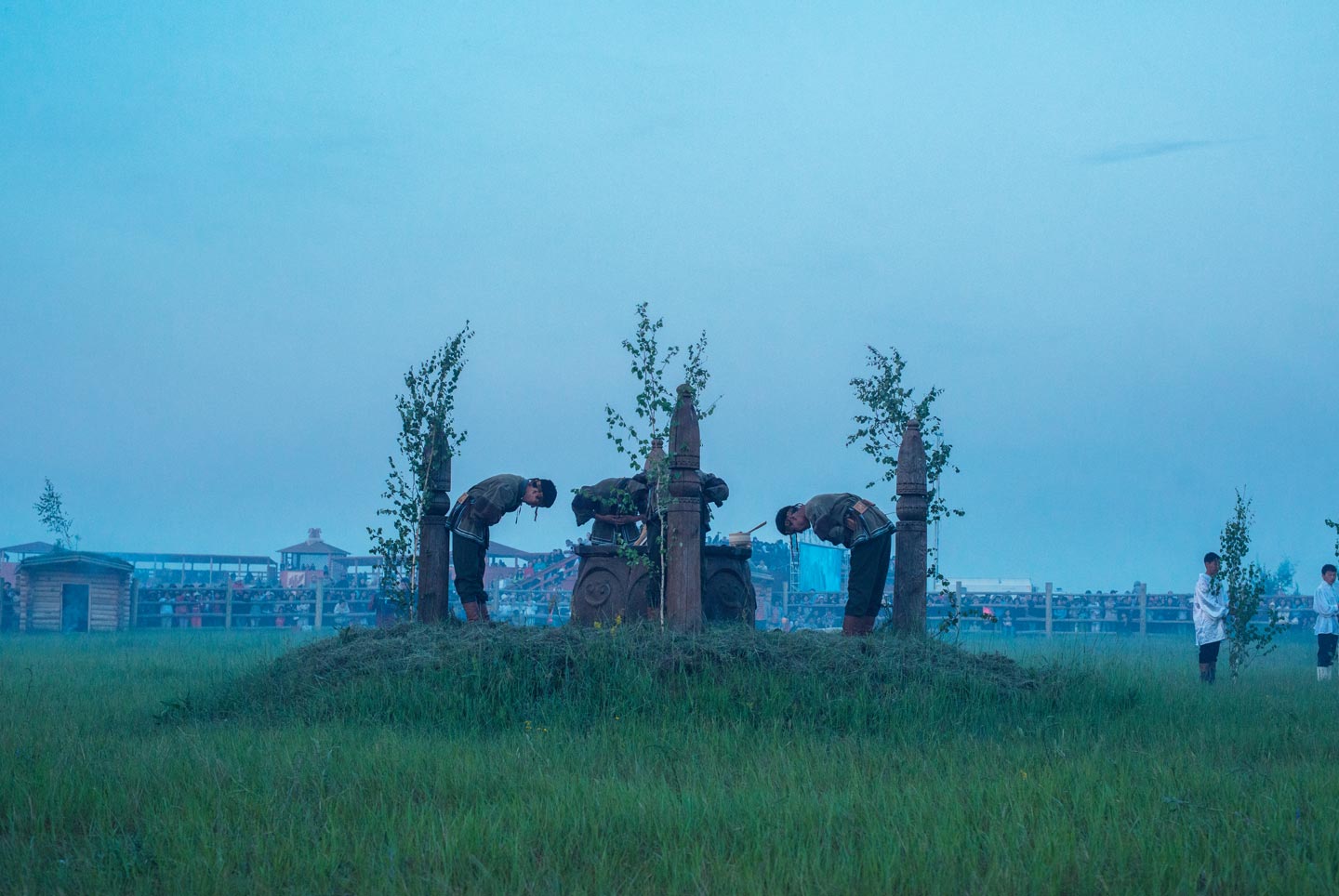 37 year-old Russian photographer Ayar Kuo presents Sitim, her latest body of work documenting a pagan Yakutian cleansing ritual that is repeated every year. Yakutia (or Sakha Republic) is a large, federal republic situated in the far east of Siberia, from where Ayar originally is.

Hello Ayar, thank you for this interview. What are your main interests as a photographer?

Photography allows me to discover the world around me. I’m not necessarily an outgoing person, and photography helps me approach people and develop a deeper contact with them. It keeps teaching me to pay more attention to the details of life, and stimulates my curiosity and desire to learn.

Your series Sitim documents a Siberian traditional ritual known as Yssah. Can you describe the ritual in more detail, and is it tied to any cult or religion?

Yssah is a celebratory and beautiful event filled with magic power. The atmosphere of this holiday is very particular. It seems to force any onlooker into the same state as that of the participants who believe in the spirits of Ajyy.

It’s a very important holiday for many Yakutians. Once a year we bow before our deities, forgetting ourselves, merging with nature to feel like parts of the universe. People believe that in so doing, they cleanse themselves of the tiredness bad thoughts, illnesses and dark energy accumulated over the year. All the cermenonies are in their own way aimed at renewal and regaining an initial state of cleanliness. A very important part of the process is offering wholehearted thanks to the superior deities of Ajyy, to nature and to the universe.

The Yssah ritual culminates in the Greeting of the Sun. What is the function of this final part of the ceremony?

The ritual takes place during the summer solstice, when the sun is closest to us. The point of the greeting is to extend ourselves as much as possible towards the sun so that it will renew and restore us.

Of all celebrations, the Greeting of the Sun is probably one to attract the biggest mass gathering. You will see a thousand people participating even if it’s raining or the sky is covered with clouds and there’s not a chance of seing the rays of the sun. They will nonetheless stand with their hands reaching out towards the sky and believe that the sun will rise and cleanse them with its rays. It’s an incredible spectacle that could sway the most obstinate atheist! I love this ceremony for its simplicity, and at the same time for its power.

What does your series’ title Sitim refer to, exactly?

In Yakutian, the word sitim refers to the invisible thread that binds a person to the universe, or to another person. In these bonds lies the essence of all that happens, it’s these connections that make people believe, love, live, create. I think this definition completely reveals the meaning of Yssah.

Do you believe in the Yssah ritual yourself, or did you take your photographs just as an observer?

I was born and raised in Yakutia. We didn’t have a particularly religious education, but as a child you soak up traditions from ways of living and thinking and from what happens around you, so to some extent none of this ever felt alien to me. All this learning happens very naturally, without any pressure on the individual. I try to participate in all the ceremonies despite the fact that I’m behind the camera.

Myths, traditions and superstitions have become the principal sources of this work. When a person believes in something mystical, he can enter into a certain state, which I want to convey.  This ceremonial holiday contains such a cumulated force of these states that it has kept inspiring me and leading me further into discovery.  I visited about 20 Yssahs over 5 years and I think I will continue shooting these events for years to come.

My aim is not to provoke reactions such as «How beautiful!» and so on. I’d like people to approach my work like one approaches new knowledge, so that after they’ve looked at the photographs, they want to know even more. In the end, a picture is no more than an image, and it’s up to the viewer what they want to ascribe to images.

Did you have any specific references or sources of inspiration in mind for Sitim?

I felt a longing to do this. Not only to express the essence of Yakutia during the time I was living many thousand miles away in St Petersburg, but also as a way of getting to know my country better. Every time I went back, I’d feel as if my eyes were open wider and notice so much that I hadn’t noticed while living there before. So in a way, the force that drove this project was brought about by separation from my motherland.

Observing how people express their feelings; their reactions to specific events. Everything that plunges people into profoundly emotional states. Talking with people. Life itself inspires me more than, say, the work of other photographers. I love re-watching the films of great directors such as Tarkovsky, Sokurov and Paradjanov.

I feel close to the work of Russian photographers in general because I understand and sympathise with the themes they cover. I like the black and white images of Tatyana Plotnikova, each of which is a real labour of love. I like Russia-based Japanese photographer Ikuru Kuwadjima, who spends time really penetrating the surroundings he plans to depict. And I admire Evgenya Arbugaeva, a fellow Yakutian, for her ability to create timeless fairy tales from contemporary reality.