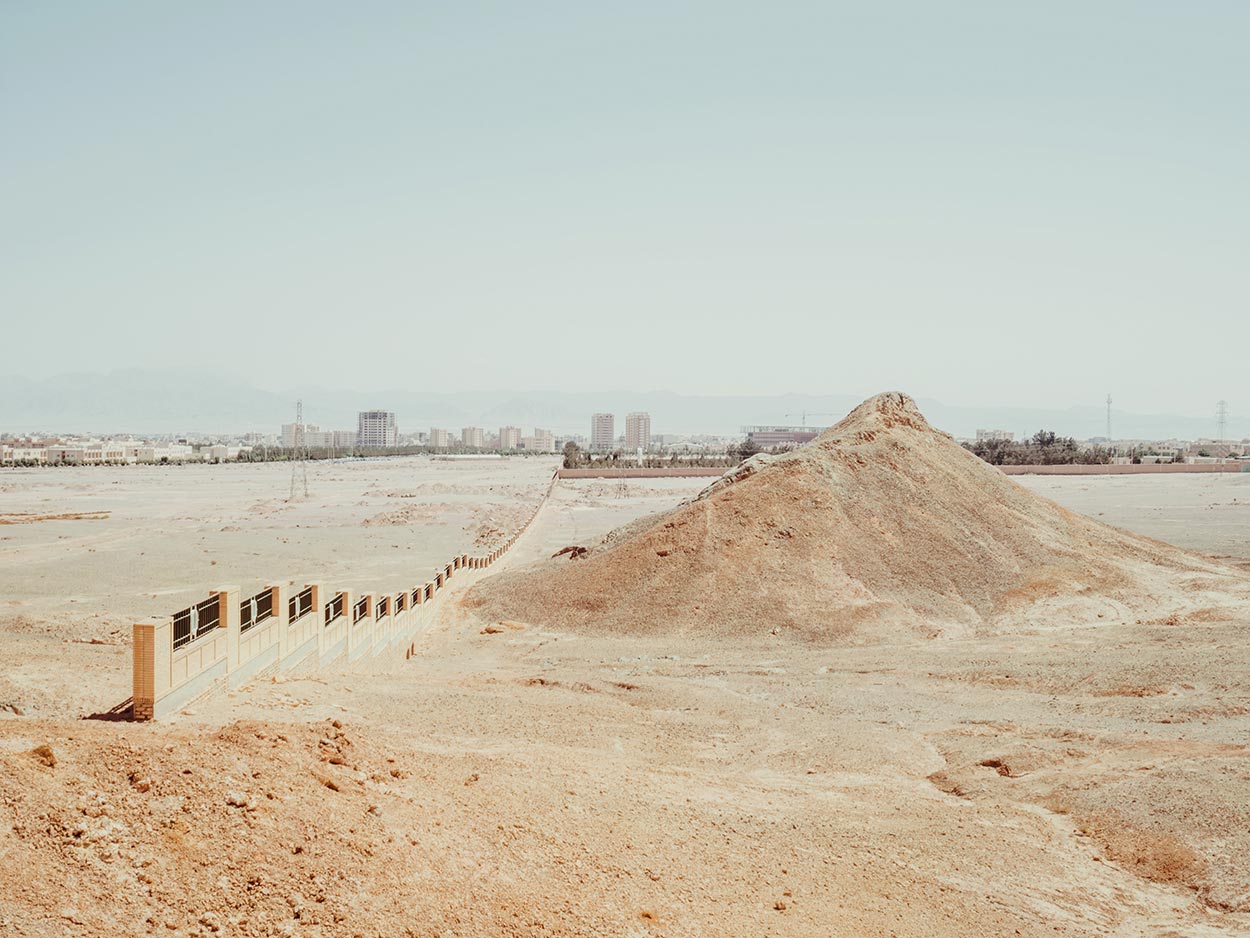 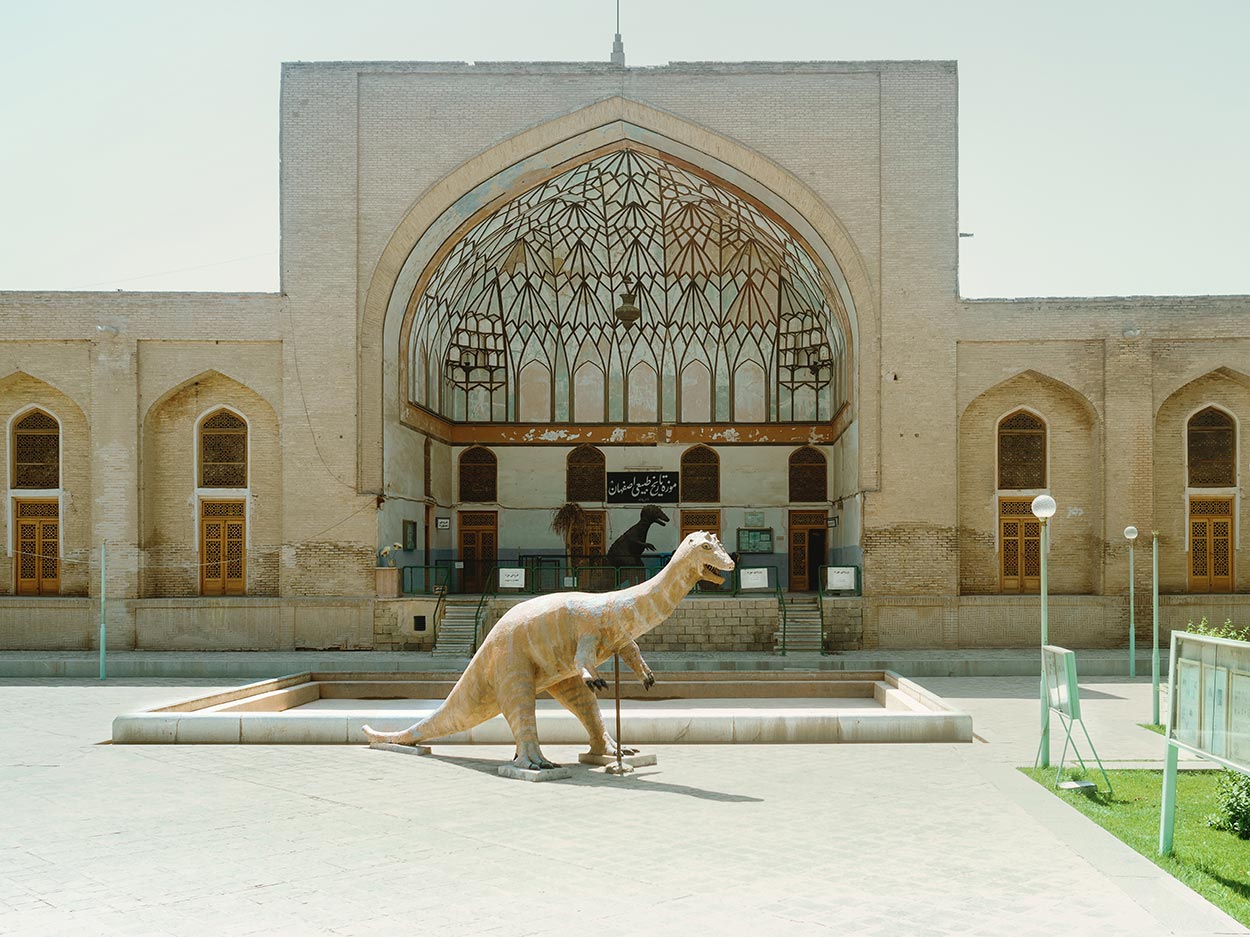 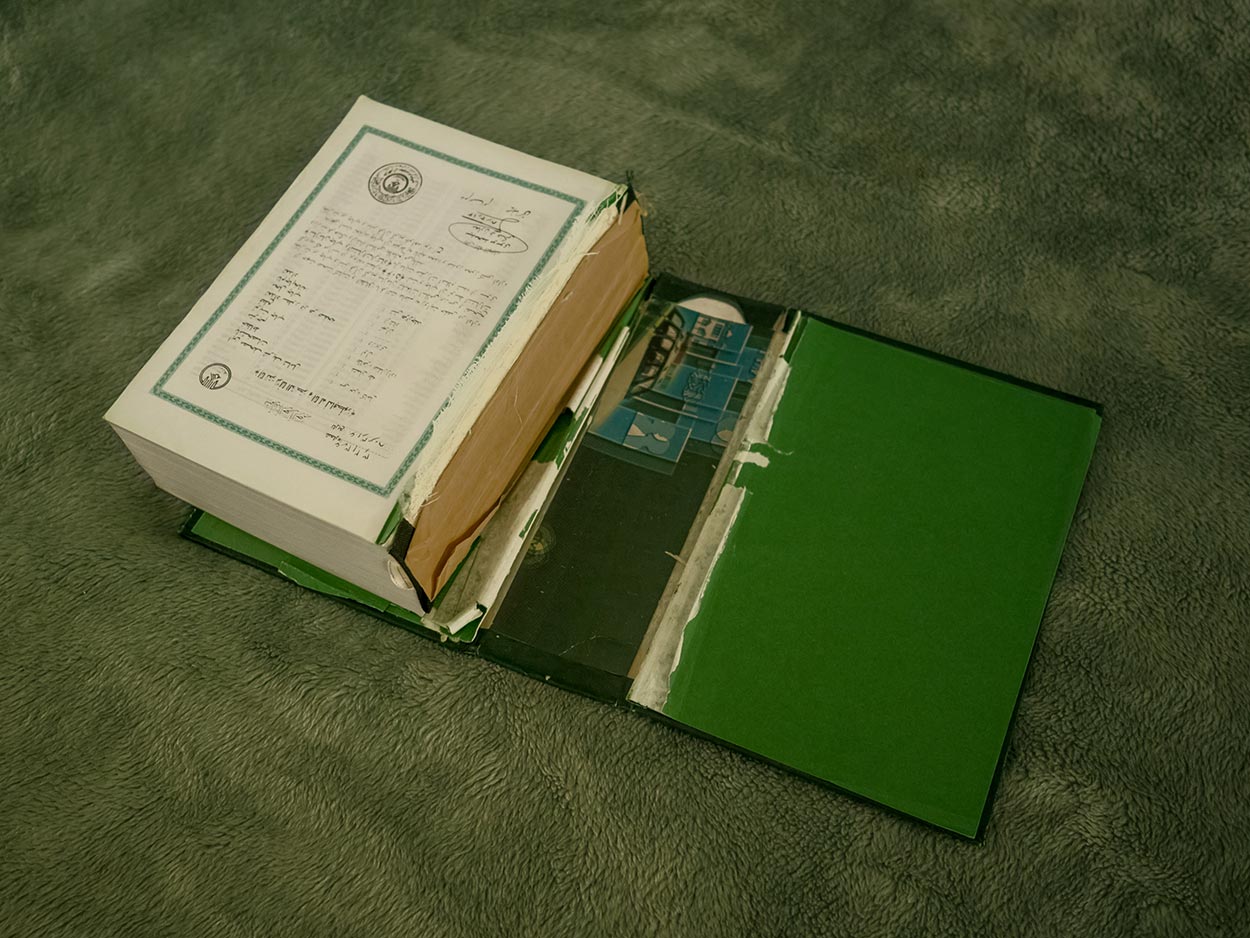 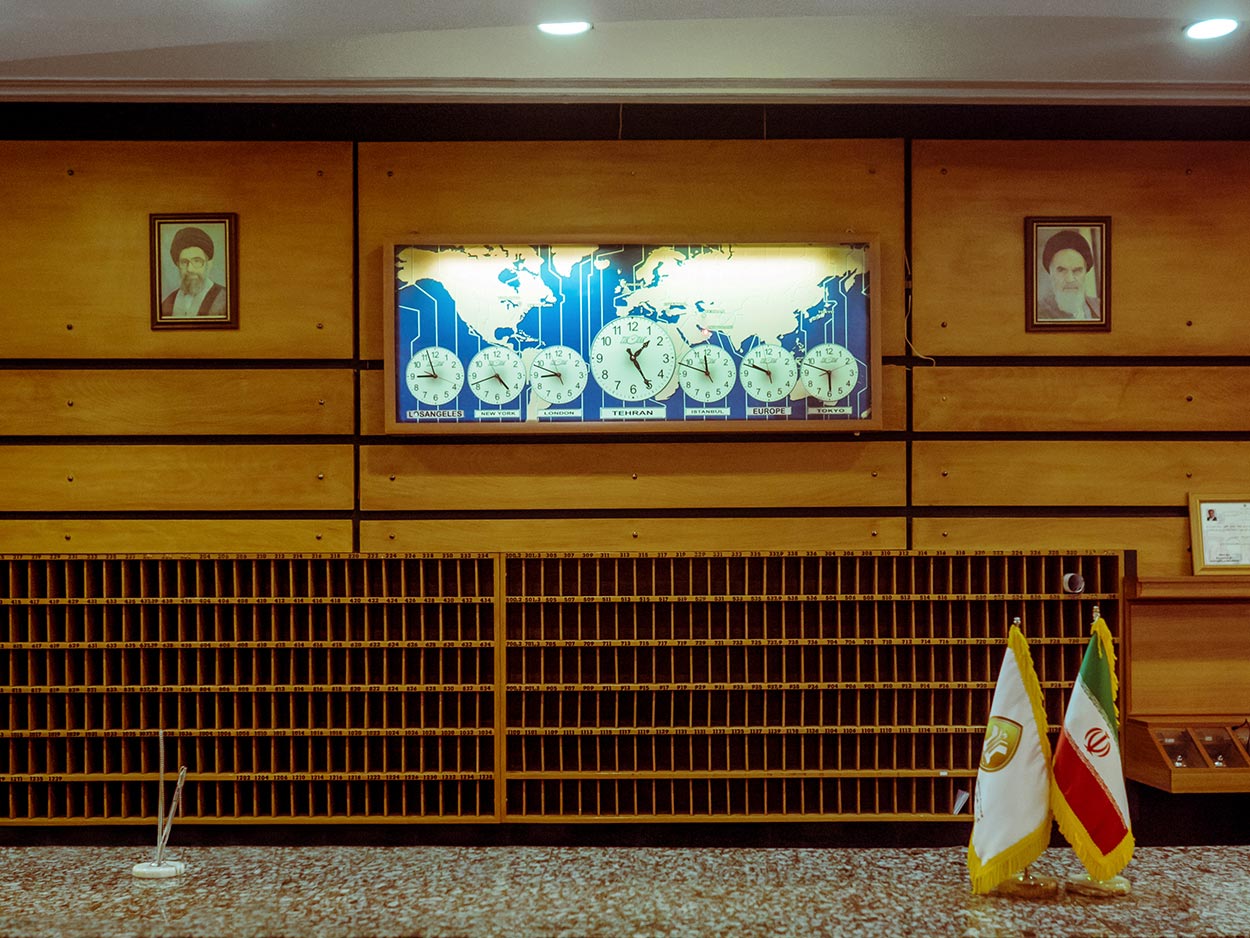 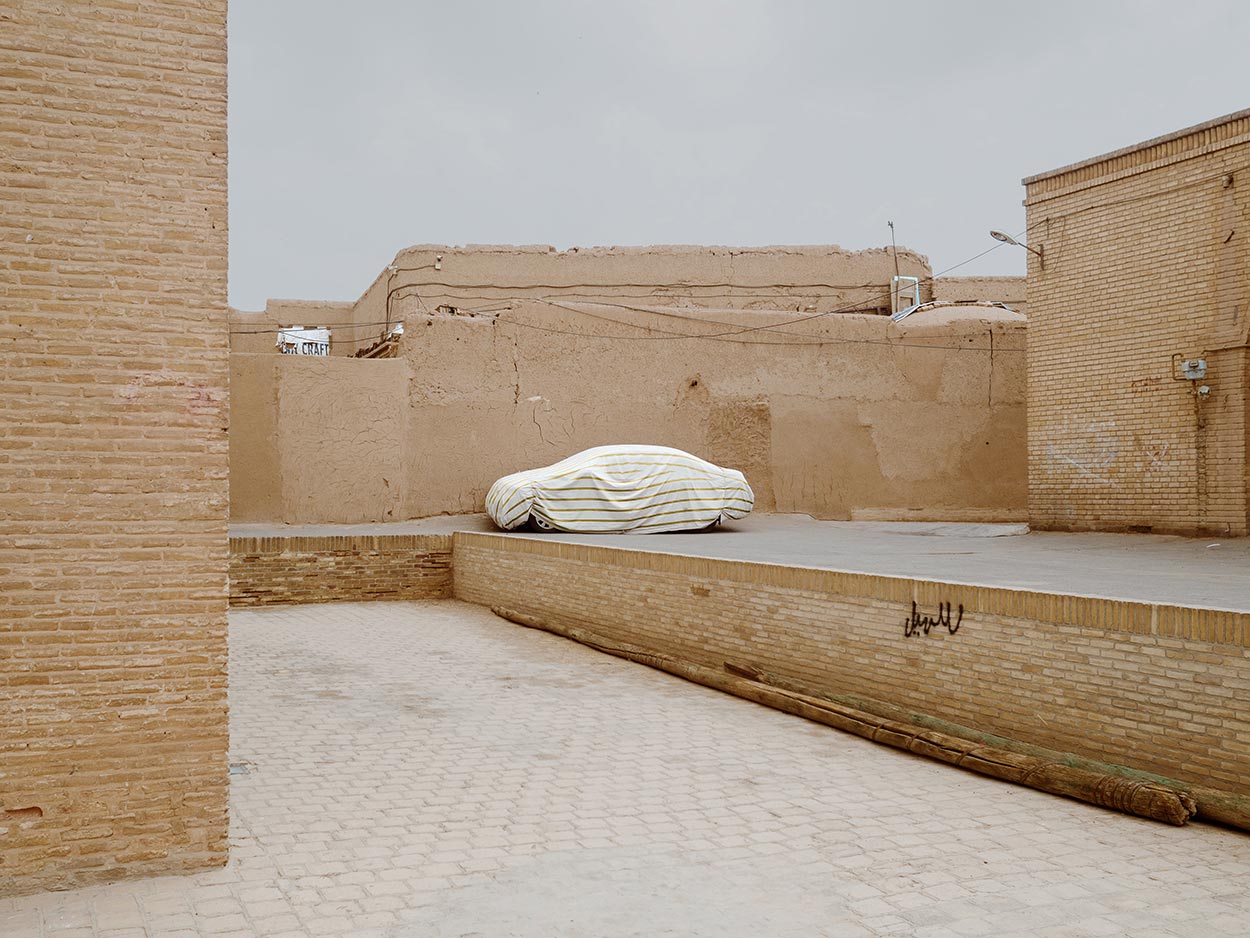 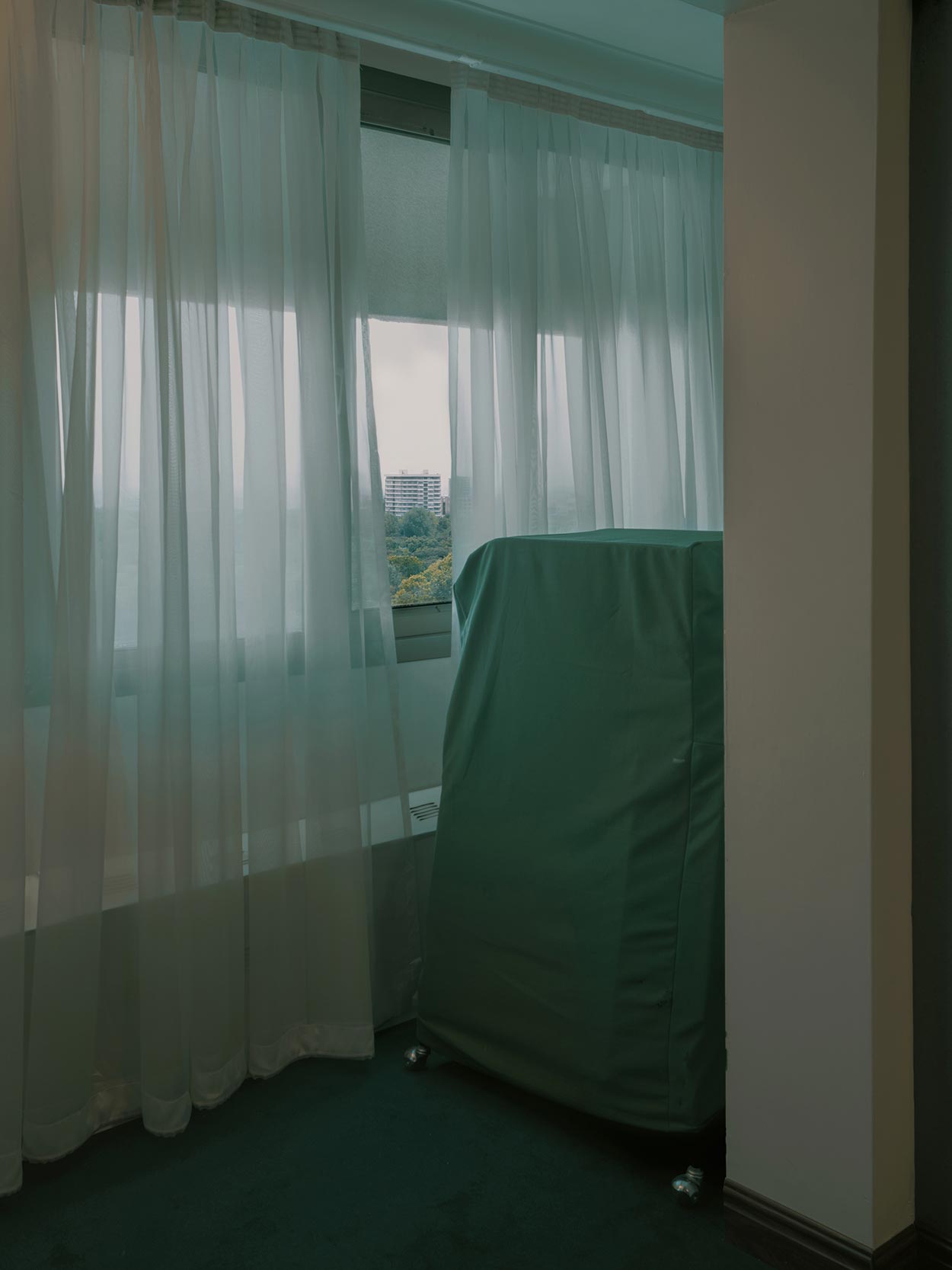 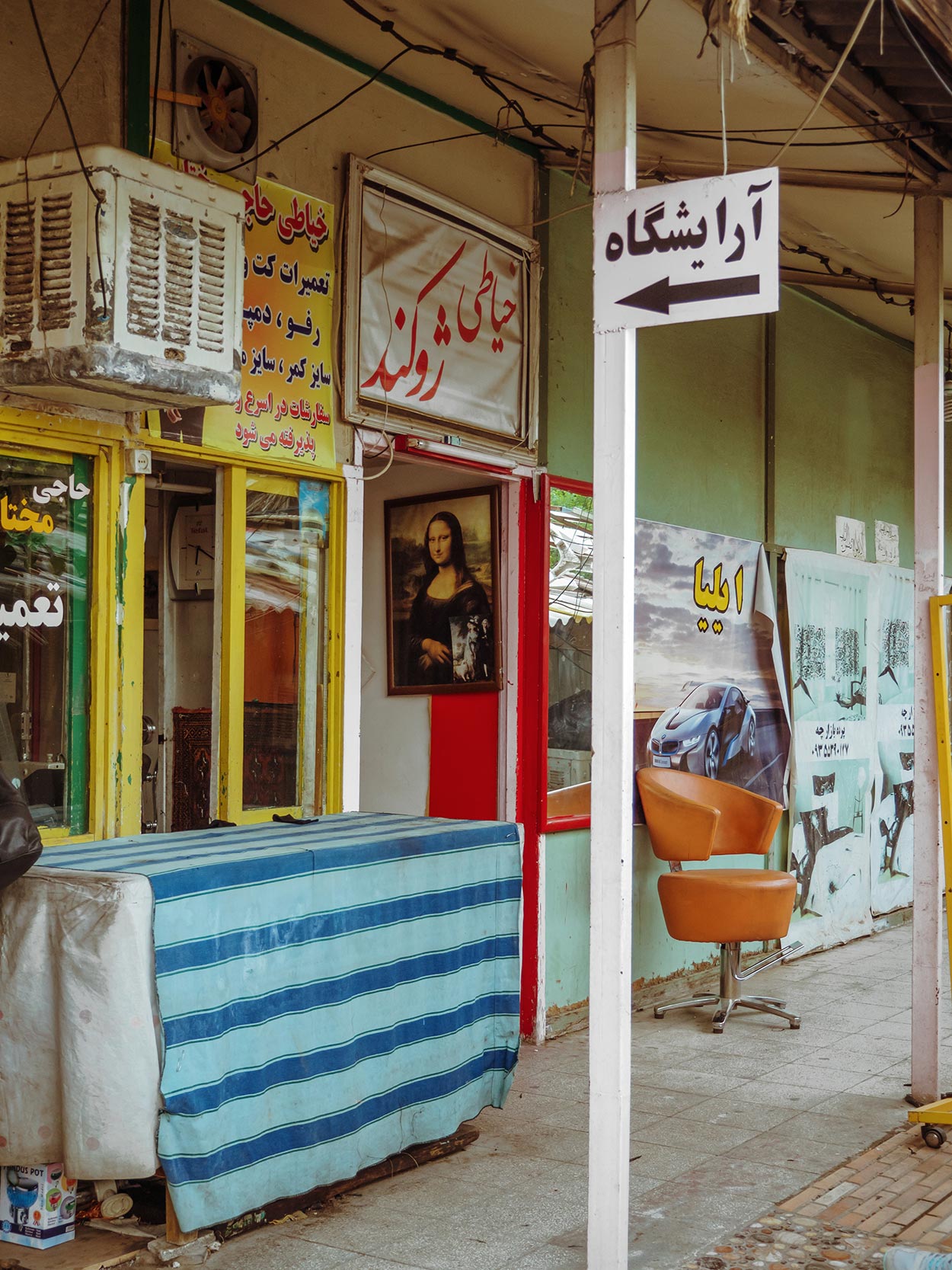 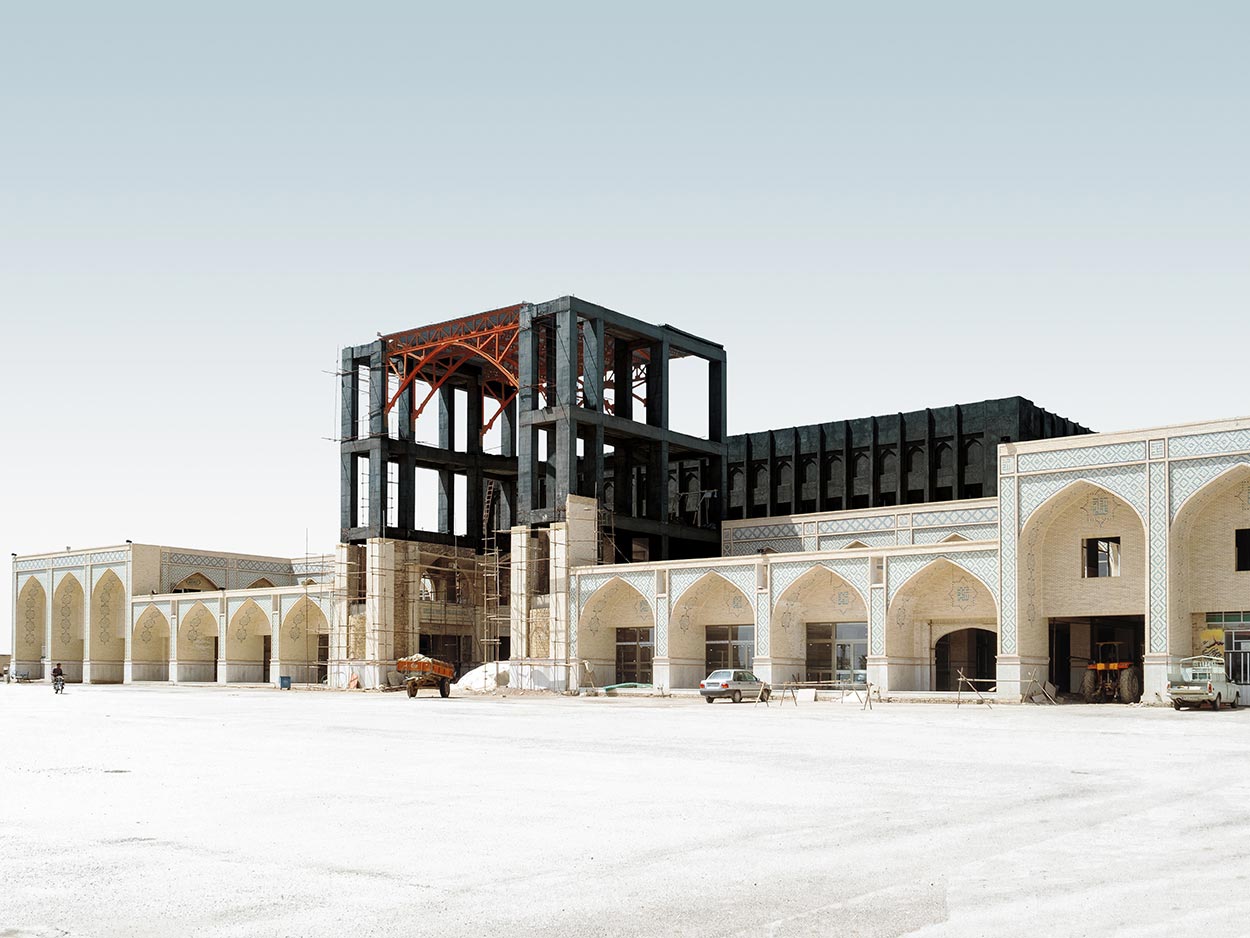 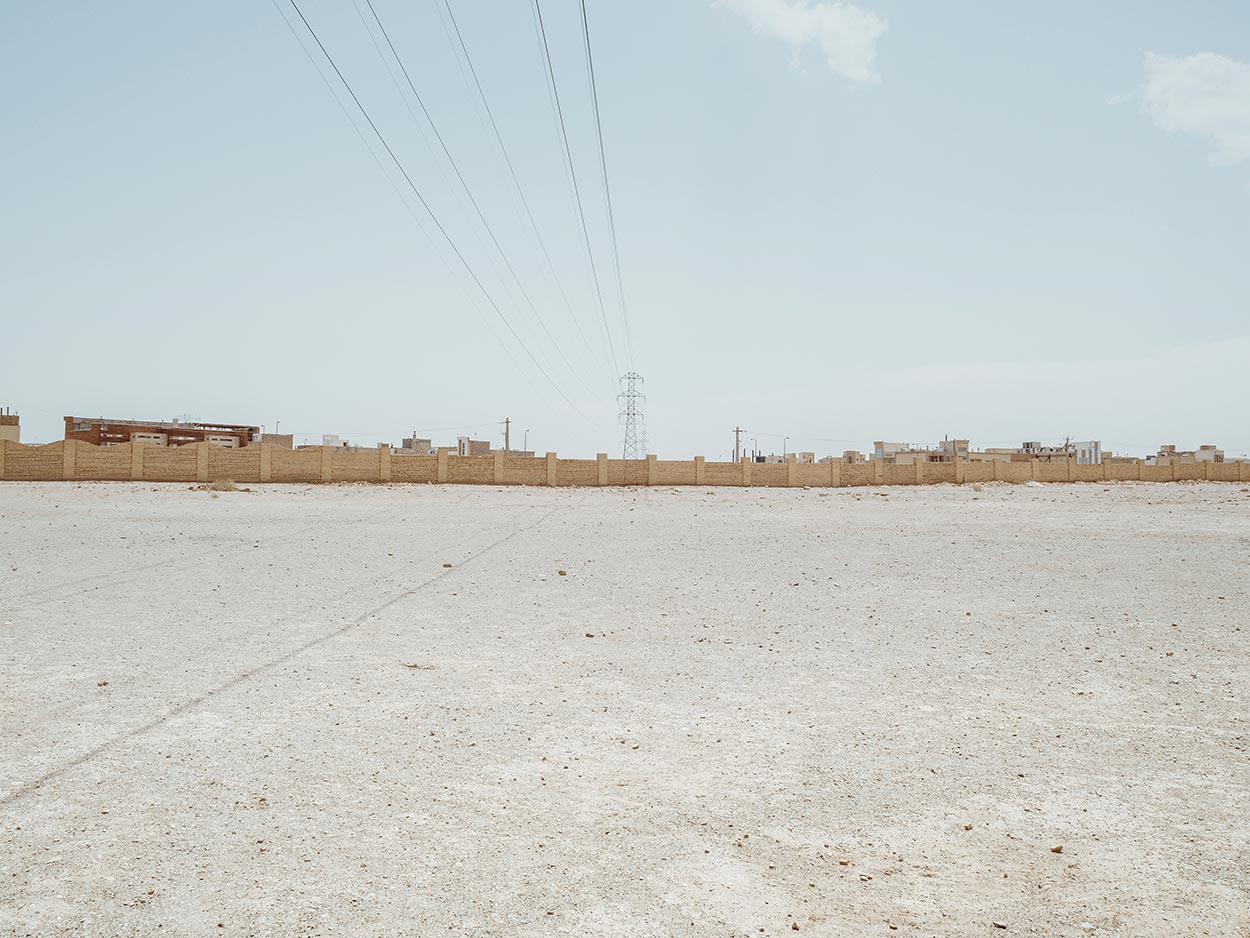 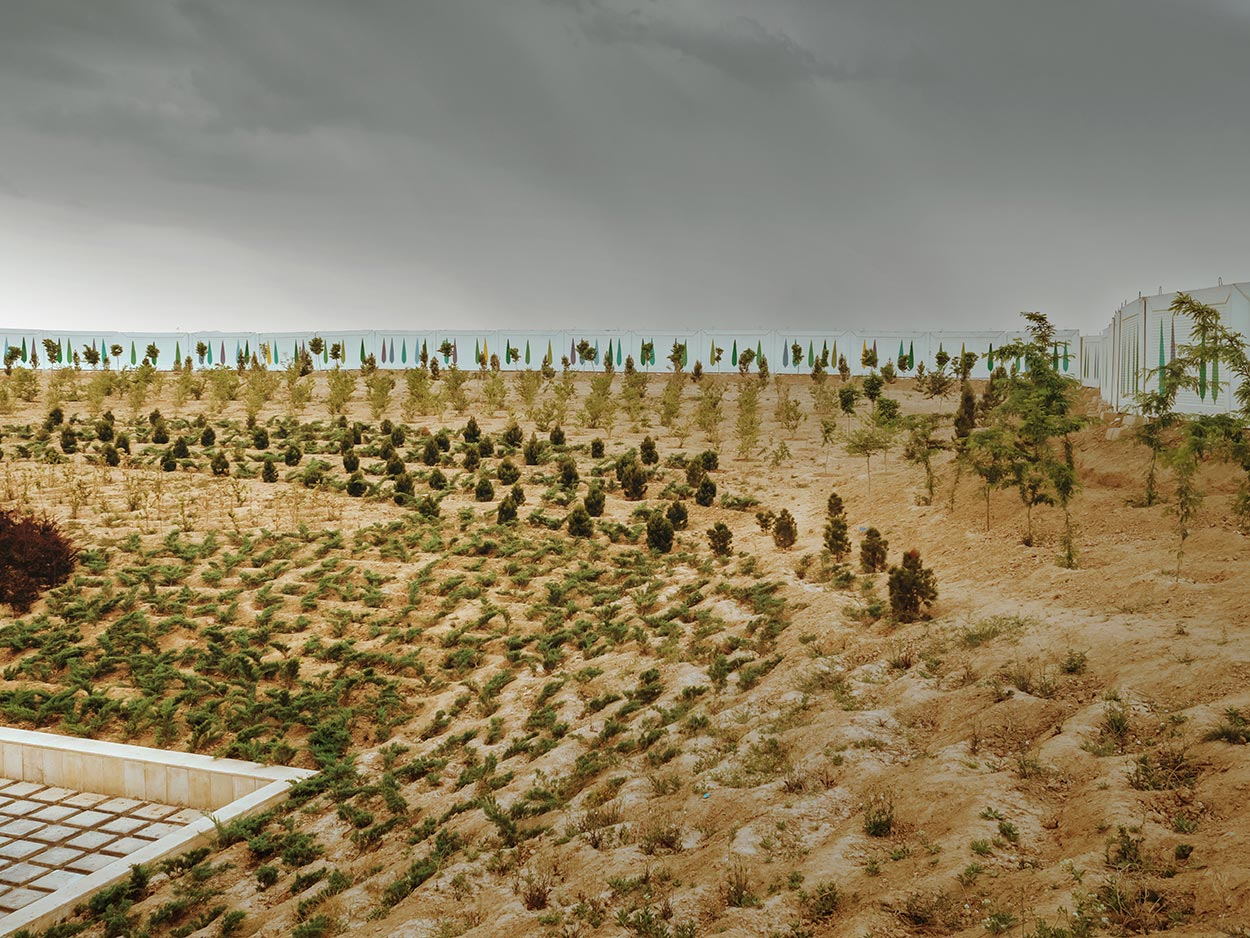 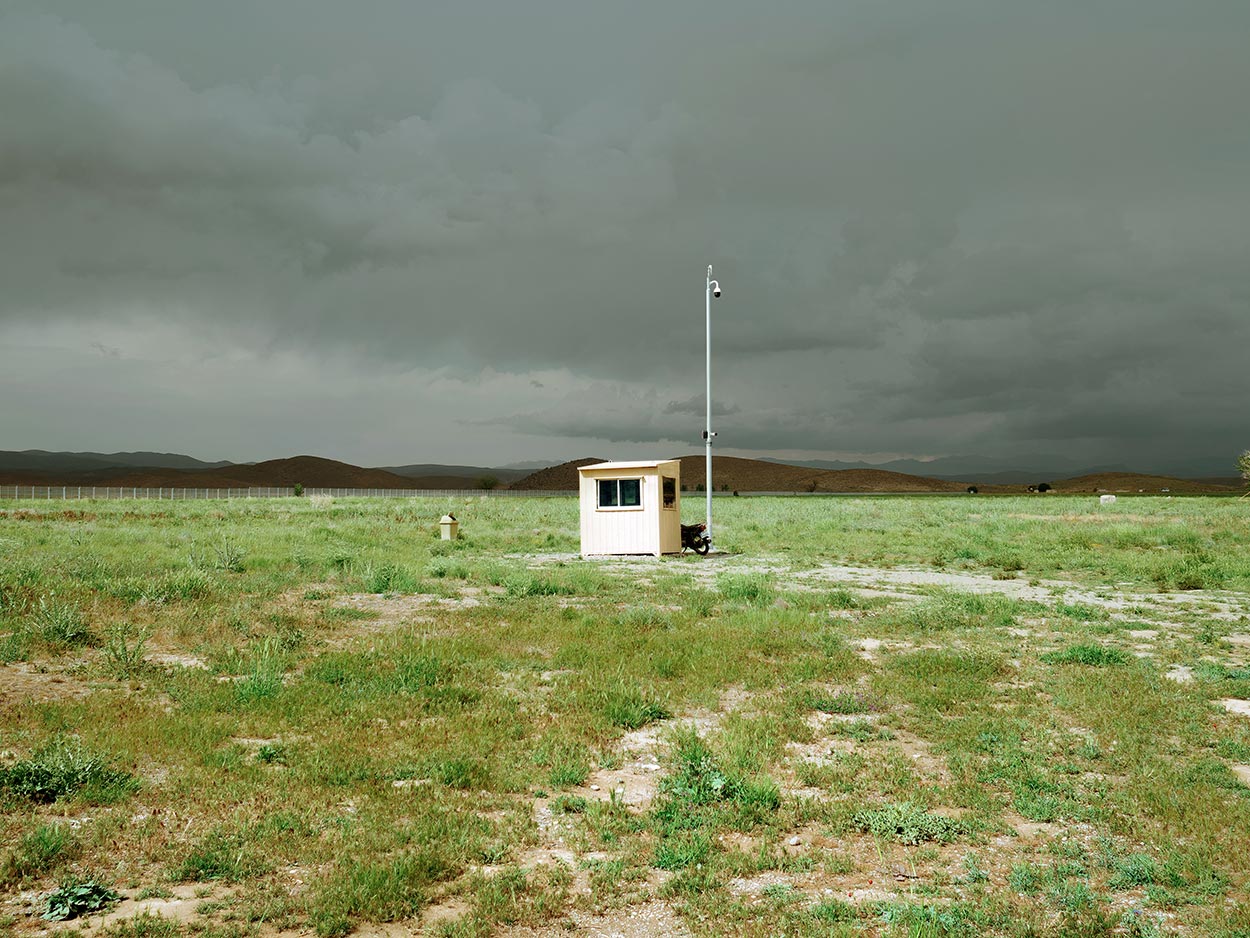 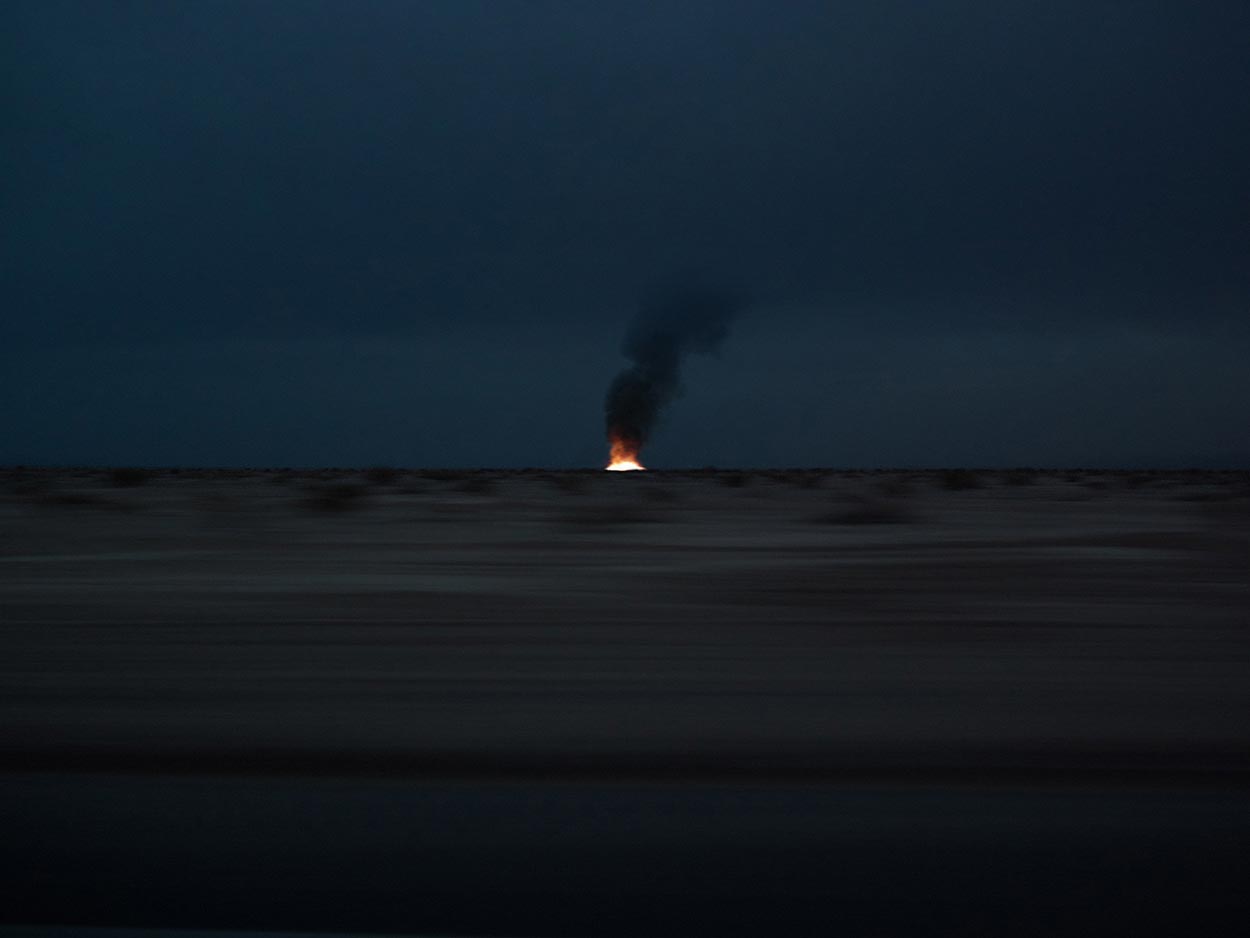 Pairidaeza by 28 year-old Italian photographer Leonardo Magrelli is a landscape photography series that explores the contradictions of the Iranian territory, where modern and often walled constructions rise in the middle of the deserts of the Iranian plateau.

Hello Leonardo, thank you for this interview. What are your main interests as a photographer?

Initially my main interest was in landscape photography, and then it broadened to include conceptual and staged photography. More generally, I think Robert Adams was right when he said that the only thing that makes you keep walking with your camera “is the view. It is only your enjoyment of and commitment to what you see, not to what you rationally understand, that balances the otherwise absurd investment of labour”.

Please introduce us to Pairidaeiza.

Pairidaeiza is a series of pictures I shot while traveling through the Iranian desert and plateau. The work focuses on the country’s landscapes and isn’t very much concerned with people: the human presence is only evoked through the traces it leaves on the landscape.

What inspired Pairidaeiza? What brought you to Iran?

In May 2017 Italy was the main guest country of the Teheran International Book Fair, which I had the chance to visit. While there, I quickly realized what an incredible opportunity it was to make a project about Iran, a country that only a few months earlier had come very close to make peace with the U.S., under Barack Obama’s presidency, but was then included among the blacklisted countries of Trump’s Muslim Ban. So I decided to stay longer, travel the country, and see what it looked like.

What was your main intent in creating Pairidaeza?

I didn’t start the project with a clear intention. I knew I was going to take pictures, but I had no idea of what I was going to see. I also had some bureaucratic difficulties about my stay, so I also knew it would have been complicated to come back a second time. Eventually, as I kept on traveling and shooting, I started to recognize what I was focusing on. At that time, I was reading about the New Topographics photographers, and I thought it might have been interesting to apply their approach to ordinary landscapes in the setting of a country that was unknown to me, looking for common places in an uncommon land. Regardless of any judgement about its history and politics, Iran is a territory—an environment people live in— just like any other on earth.

Can you talk a bit about your approach to Pairidaeza, photographically speaking? What kind of images were you looking for?

What slowly became clear to me about the Iranian landscape was the feeling of things being misplaced and out of context. I perceived a latent friction between the environment and the human presence, a strong sense of ambiguity that I wanted to convey in my images. It’s like there’s a hidden meaning in the complicated and sometimes paradoxical relationship the local population has with its land, but it’s hard to grasp. I still can’t grasp it. This is probably what makes me come back to these images: sometimes good but self-explanatory pictures can make you lose interest.

What does the title Pairidaeza mean exactly, and why did you choose it?

Pairidaeza is an ancient Persian word for ‘paradise’; literally, it refers to a place surrounded by walls (‘pairi’ means ‘around’, ‘daeza’ means ‘wall’). One thing that struck me upon visiting some of Iran’s archeological sites was the perfect balance that ancient civilizations (the Mithraics, the Zoroastrians, the Persians, etc.) had reached in the relationship with their land. Their temples, villages and cities just blended in with the landscape. Today, the opposite is true: the way people experience and inhabit the territory no longer follows principles of fusion, but rather of separation, with results quite paradoxical and absurd in many cases. The vast expanses of the Iranian plateu are now dotted with industrial structures, commercial areas and various buildings, most of which are protected by walls. Who or what are they keeping out in these completely empty lands? Only the landscape—the desert and the mountains—is left out. So, while the intent of the ancient Persian gardens was to emulate a paradise where to protect the most beautiful things from the outside, now these walls seems to keep out the only authentic and untouched part of their land.

Did you have any specific references or sources of inspiration in mind while working on Pairidaeza?

I was thinking of contemporary documentary photography in general, whatever this definition means. Photography has come to terms with the impossibility of achieving a truly detached and objective registration of a certain fact in a picture; as a consequence, you have photographers who have embraced a more fictional and narrative approach on one hand, and photographers whose work reflect critically on the photographic medium on the other. These issues were more or less clear to me when I went to Iran, but the more I traveled, away from urban centers and without an Internet connection, the more they seemed irrelevant. All those hours spent driving and walking in places with no one around, probably resembled more the experience of Timothy O’Sullivan rather than those of Allan Sekula or Thomas Ruff.

How do you hope viewers react to Pairidaeza, ideally?

When I showed the work to some of my friends, someone said it would have been hard to guess it was shot in Iran. So perhaps those who look at Pairidaeza will wonder why a photographer would go to a far, foreign country and take pictures that could have been taken almost anywhere else…

This is an extremely complex question to be answered in a few lines. Of course it’s useless to say that everything we experience affects us; so, apart from that, and apart from other photographers’ work, I think my studies in Visual Design and later in Art History play a big role in the way my photographs are planned and then taken.