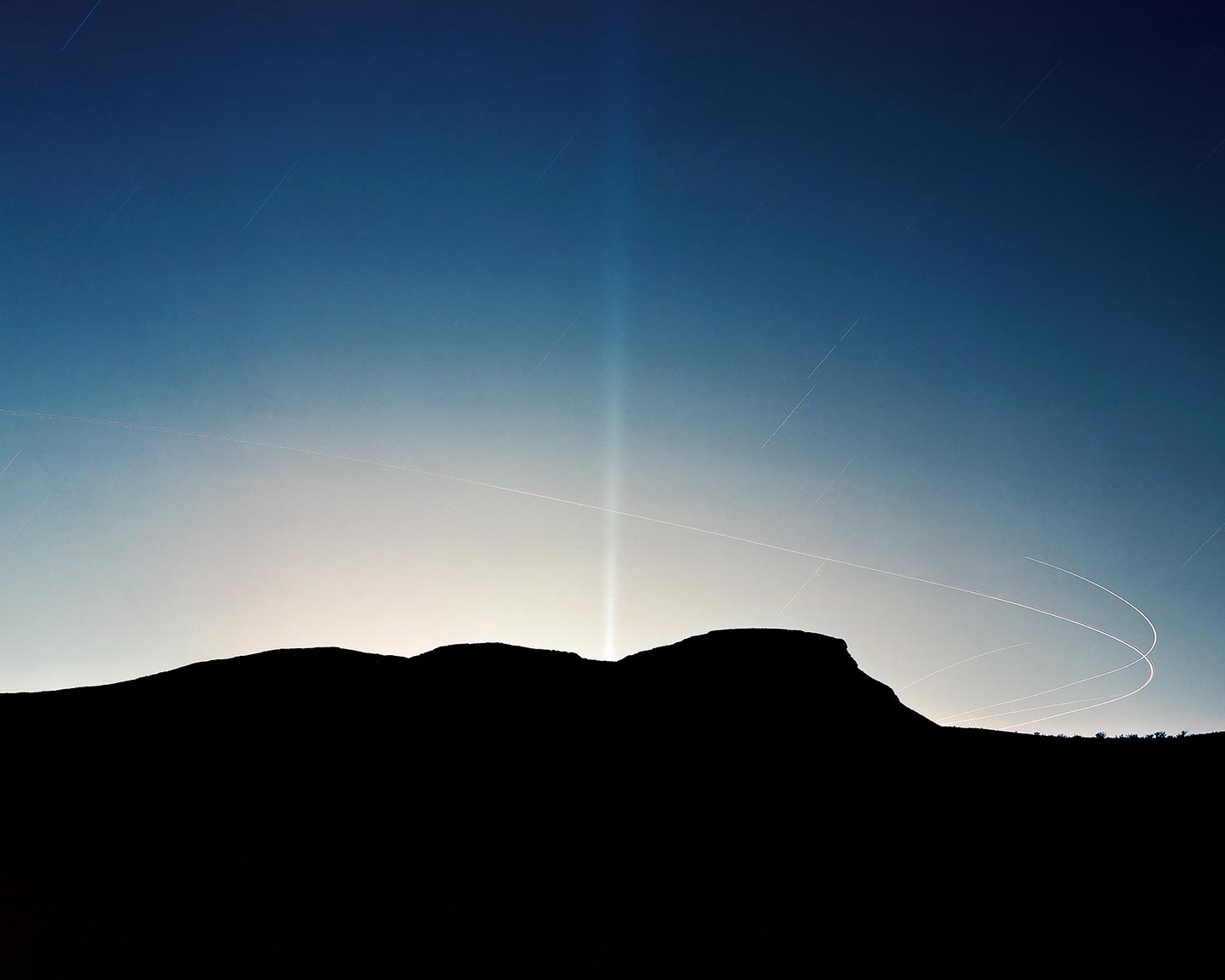 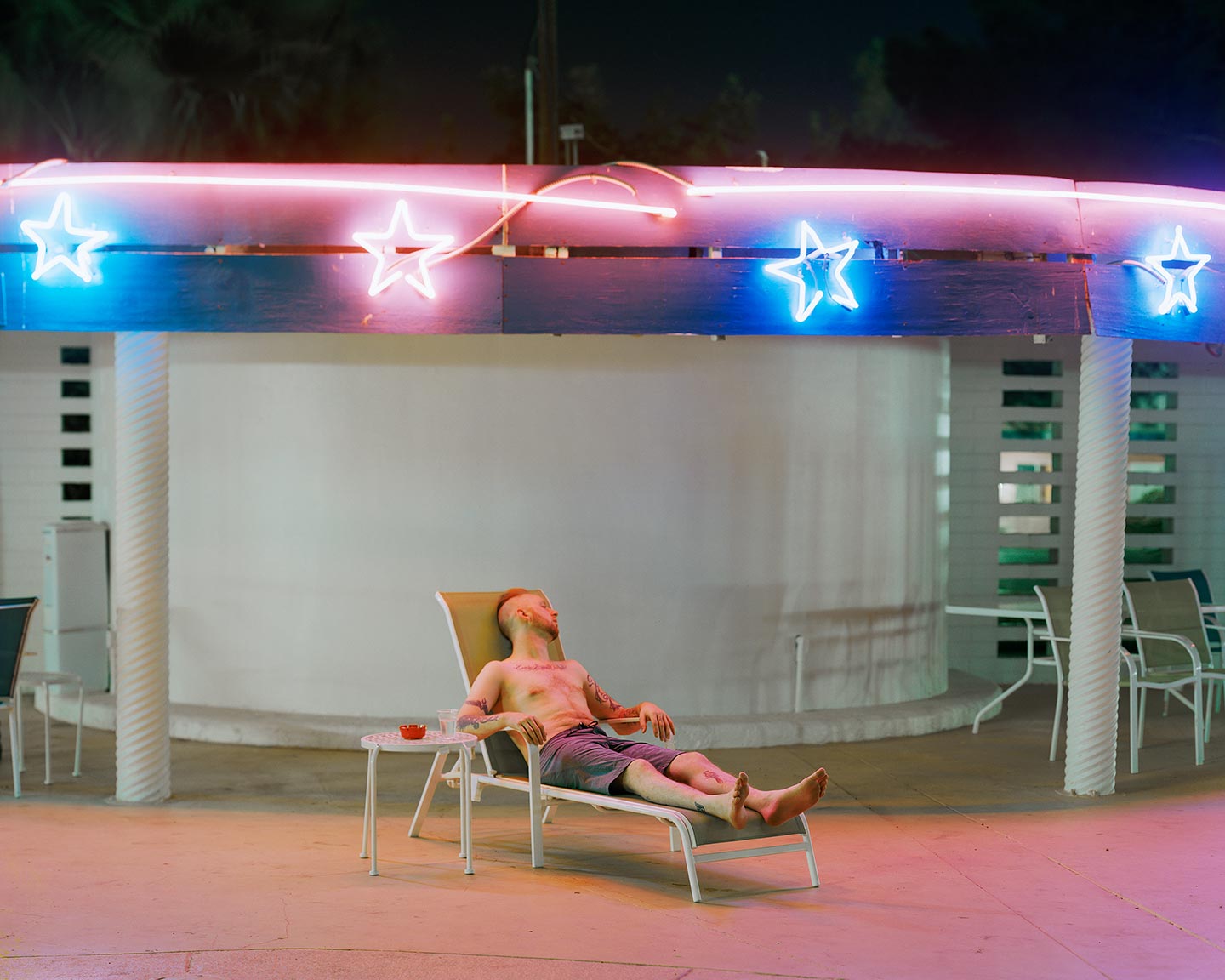 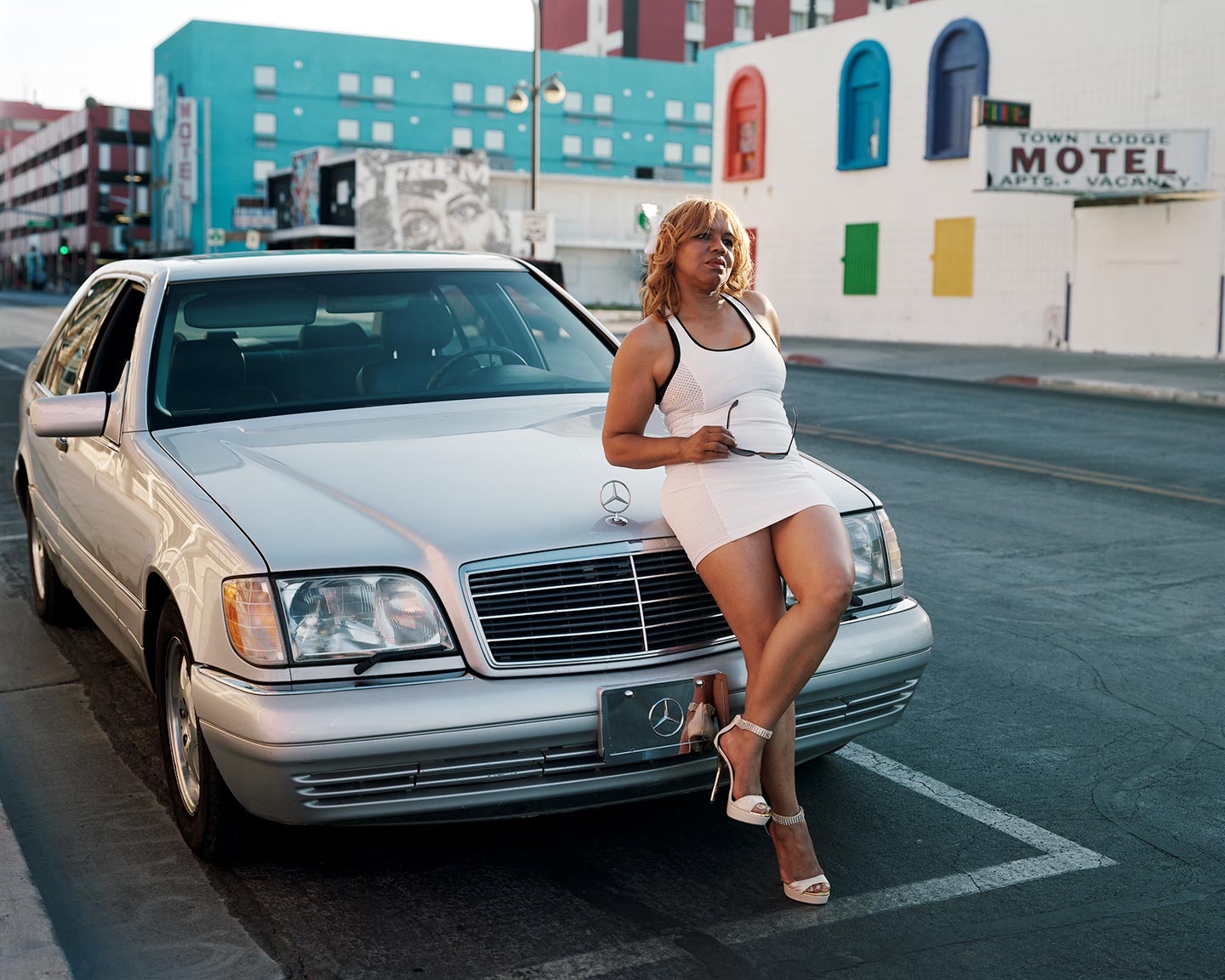 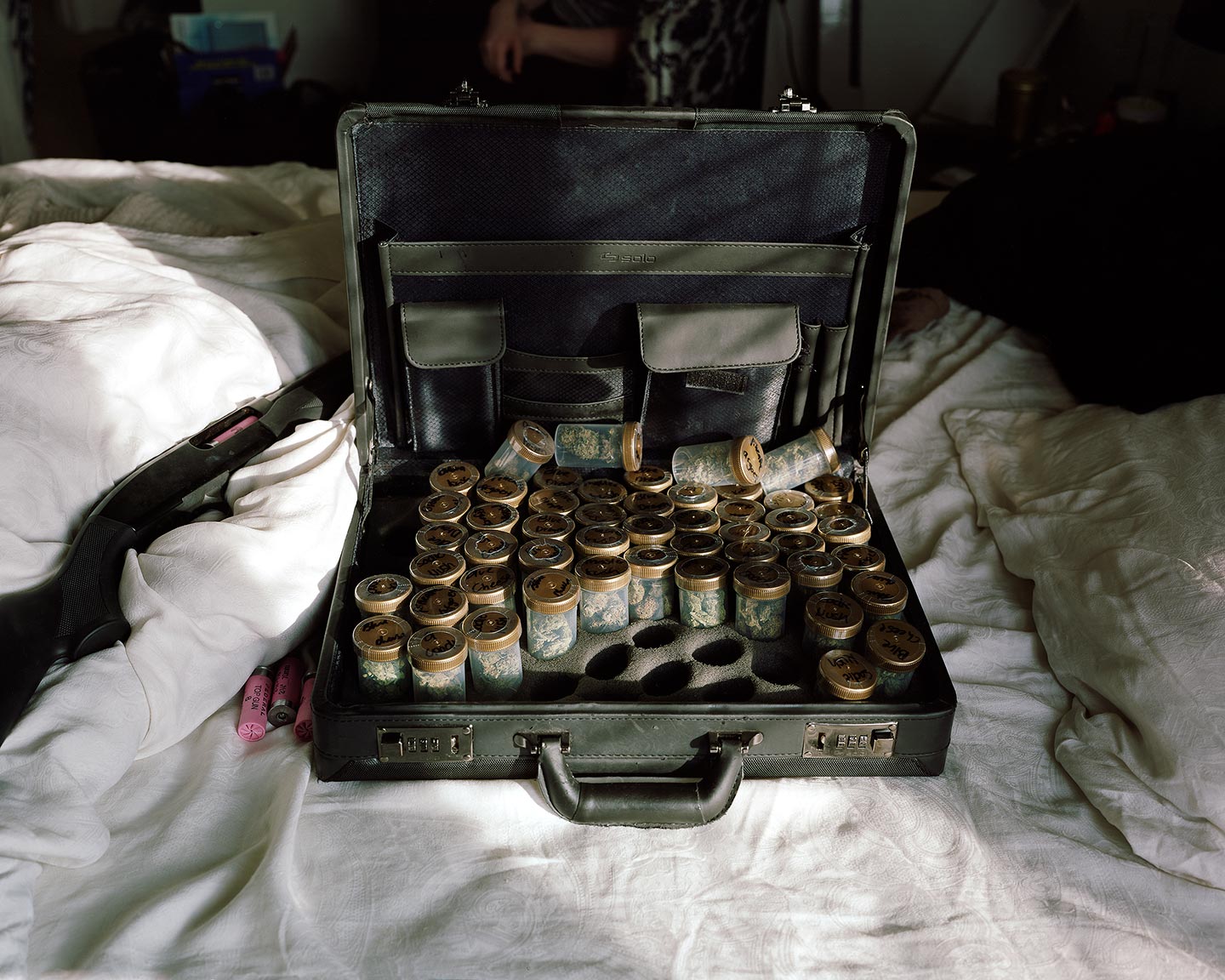 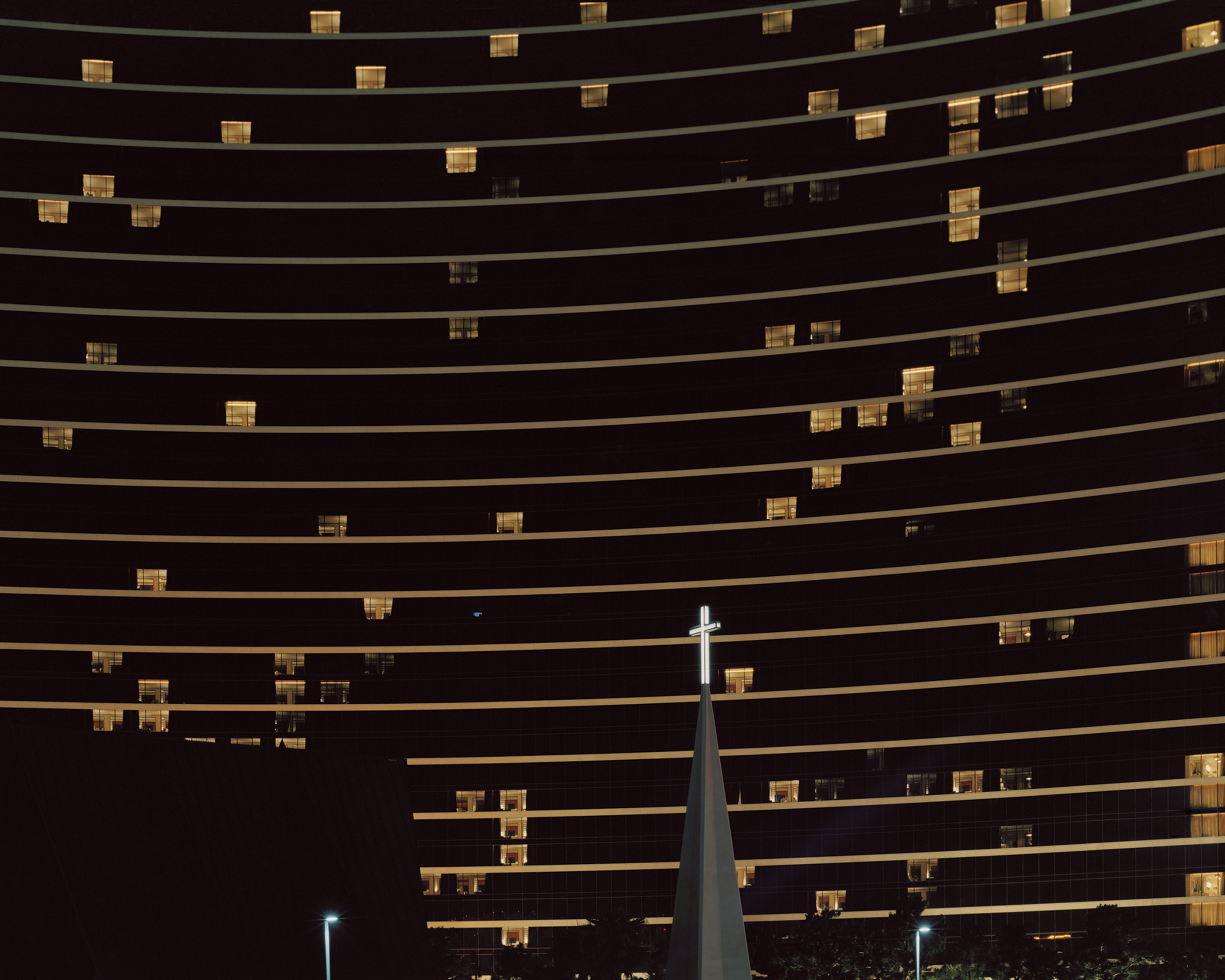 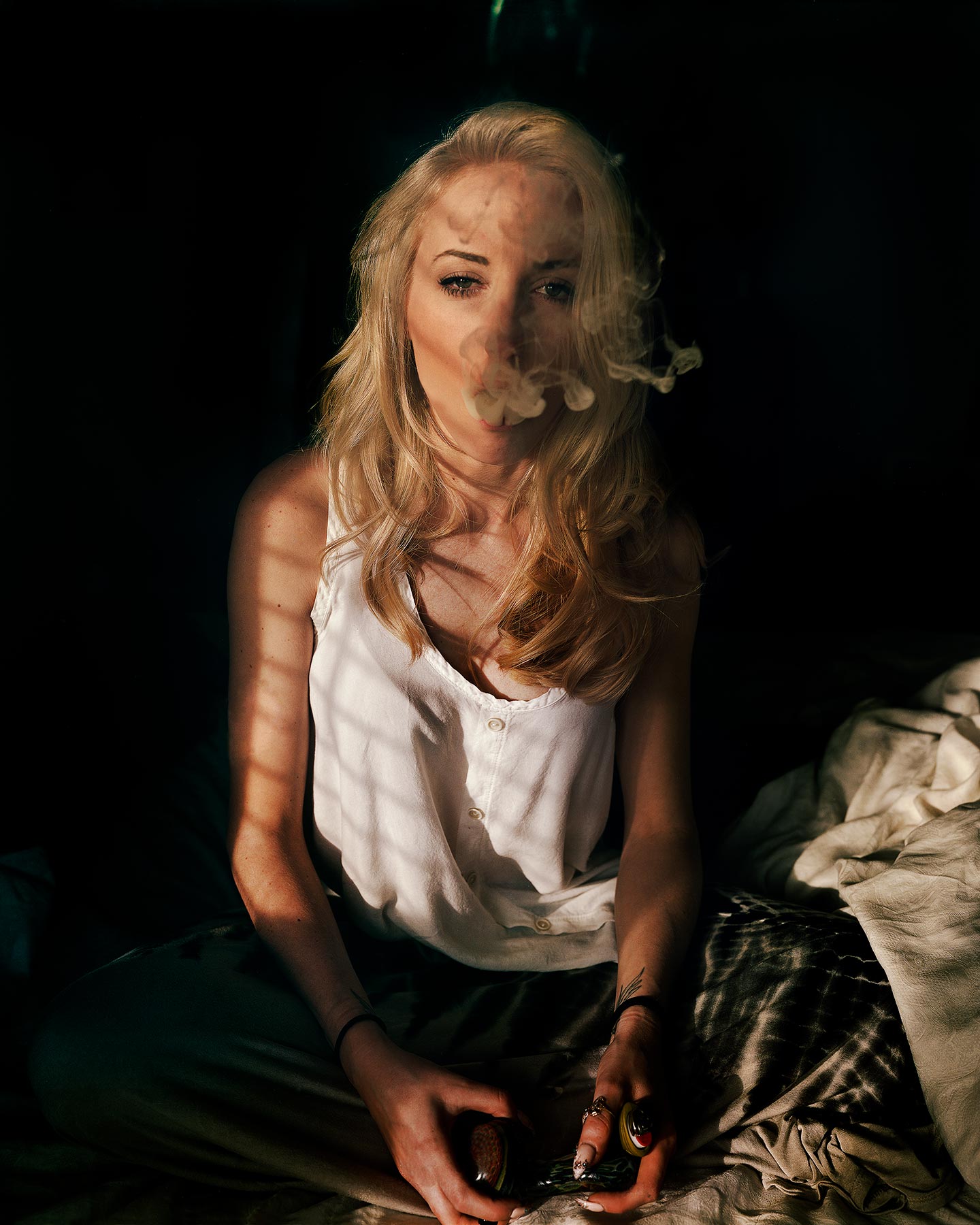 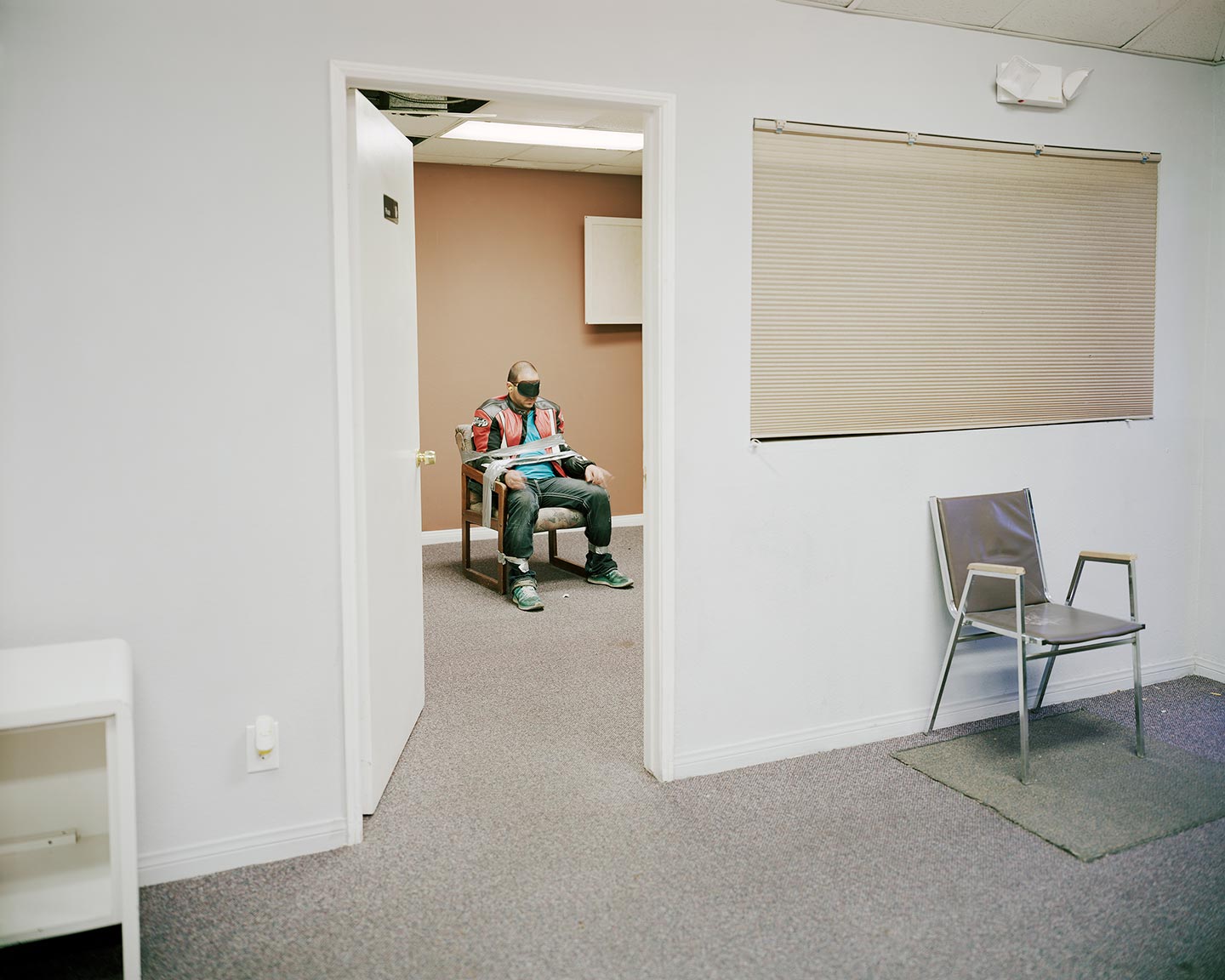 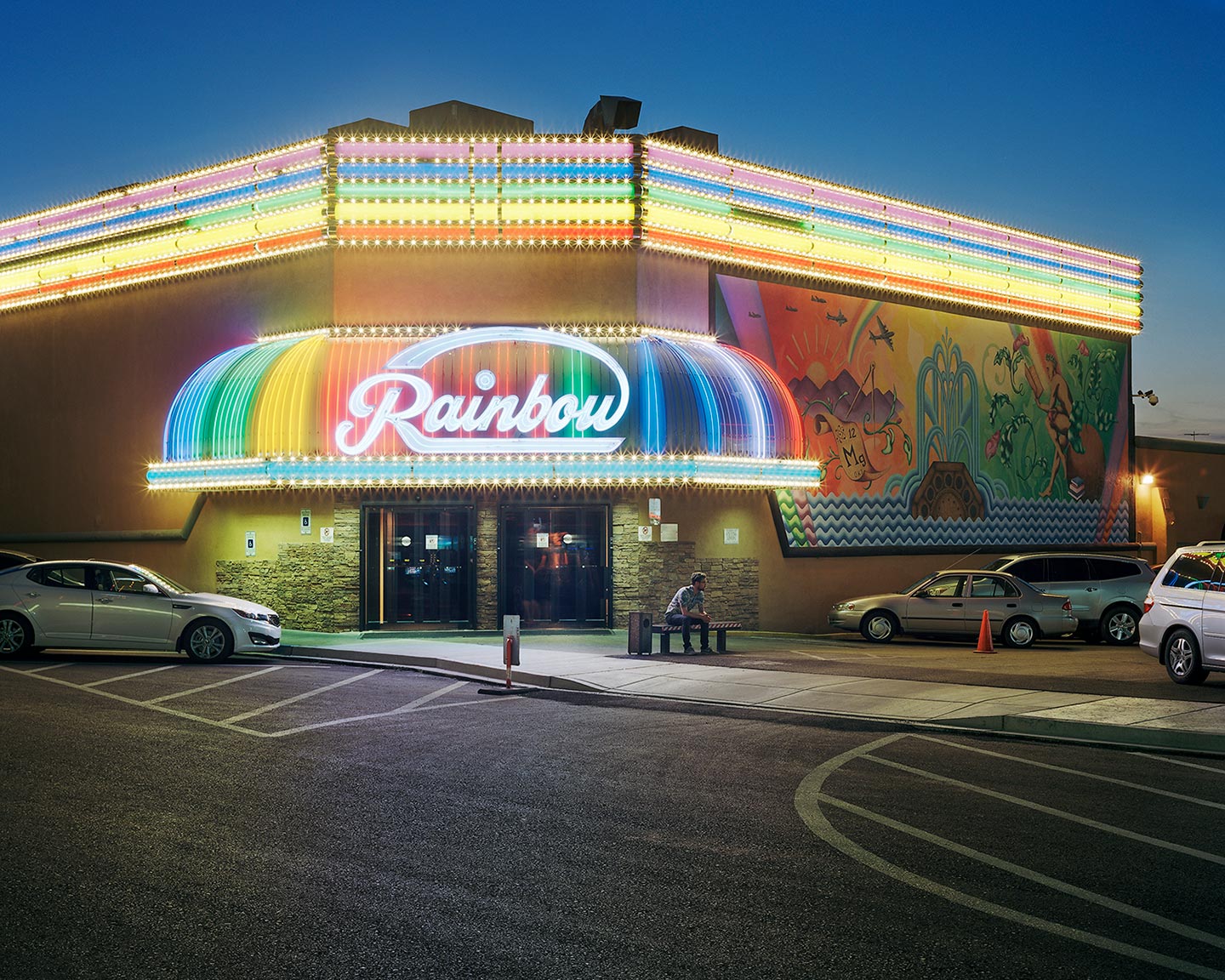 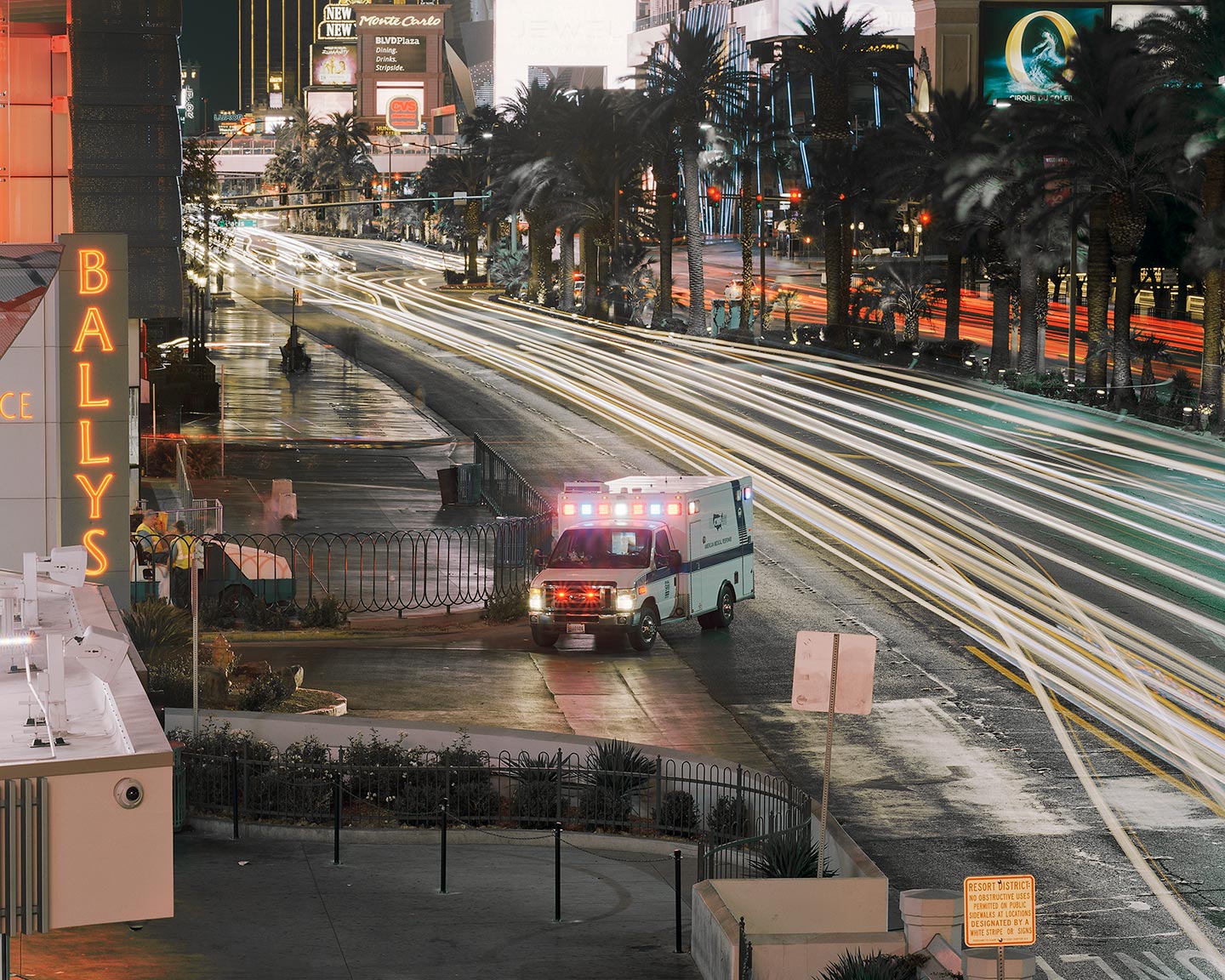 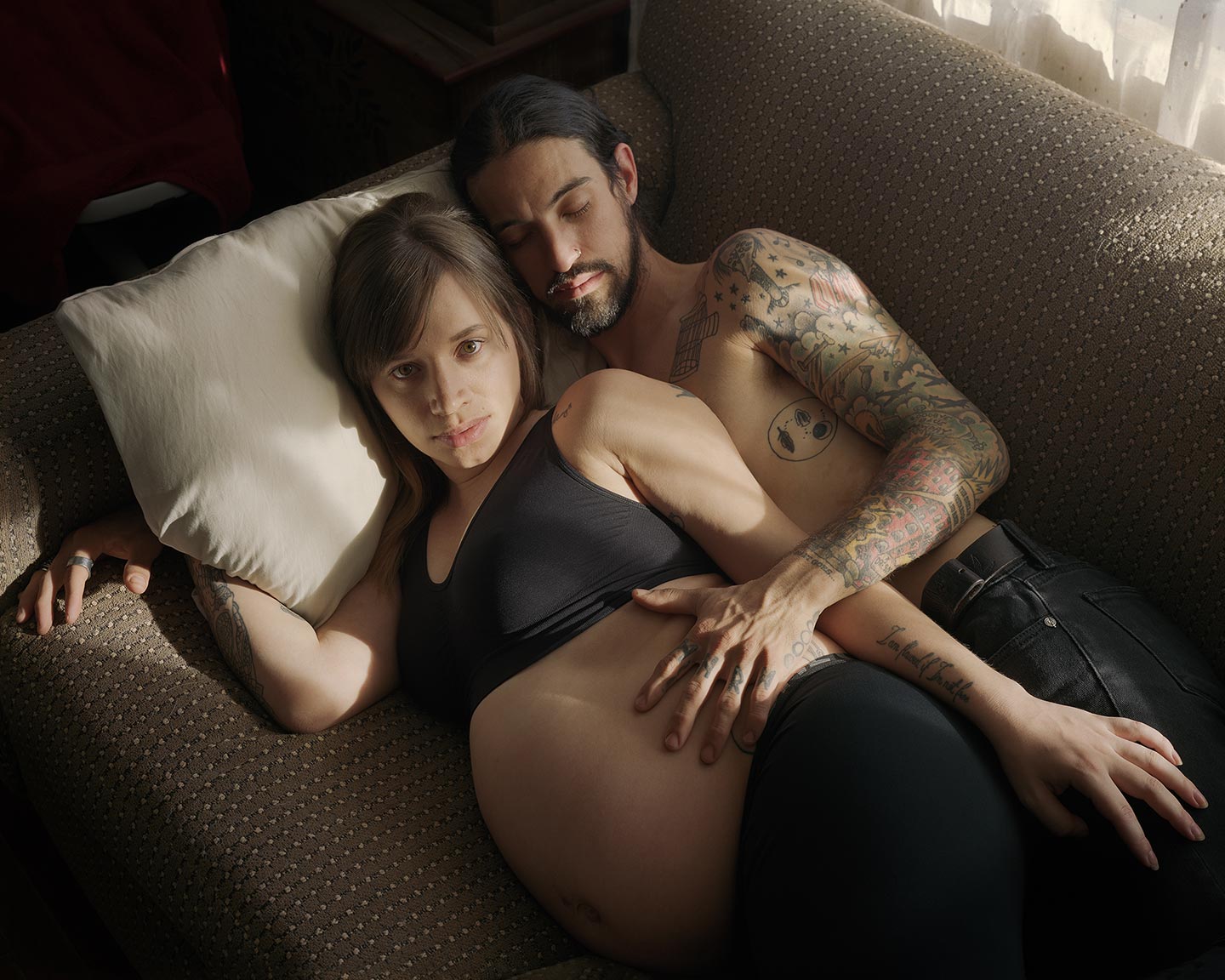 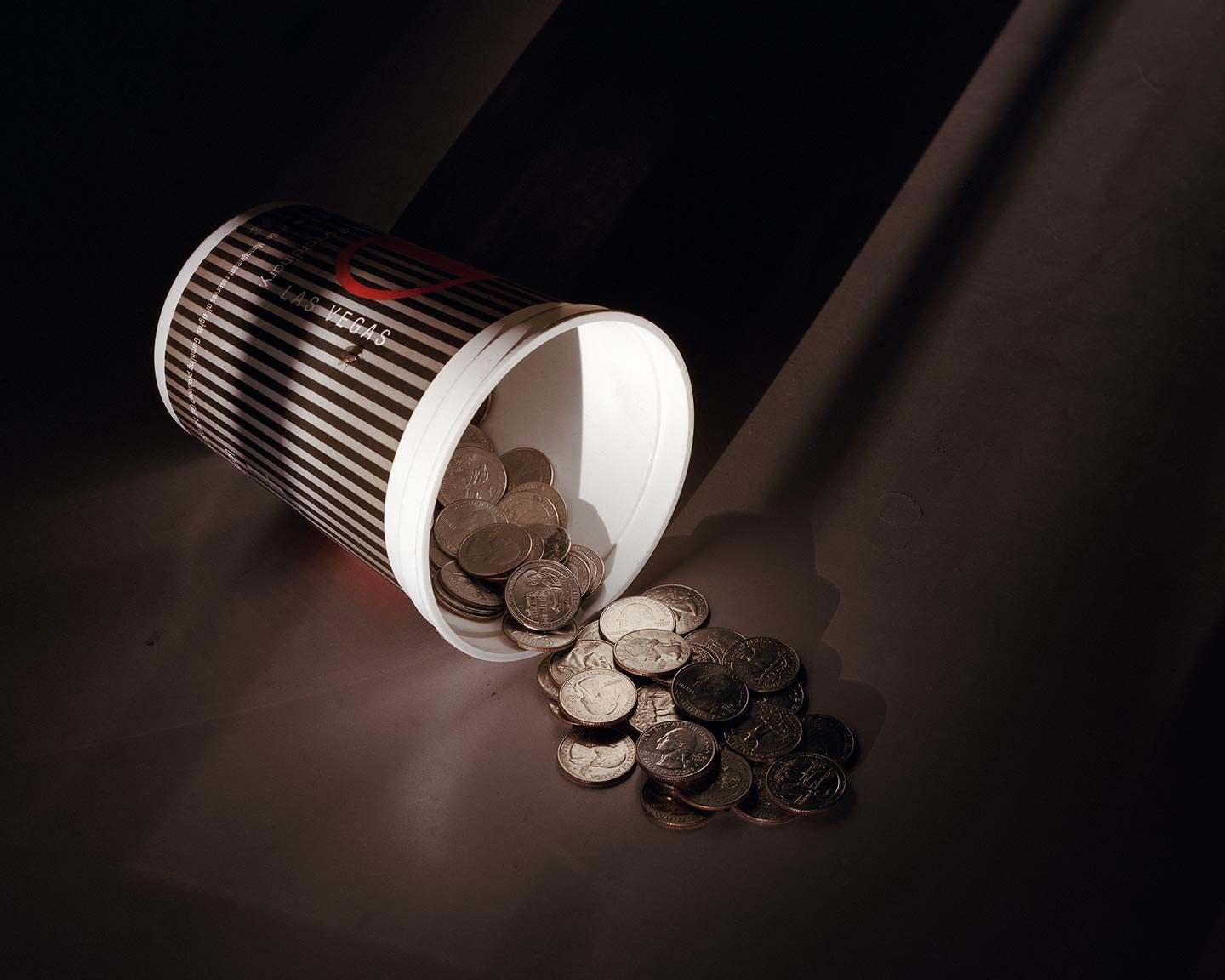 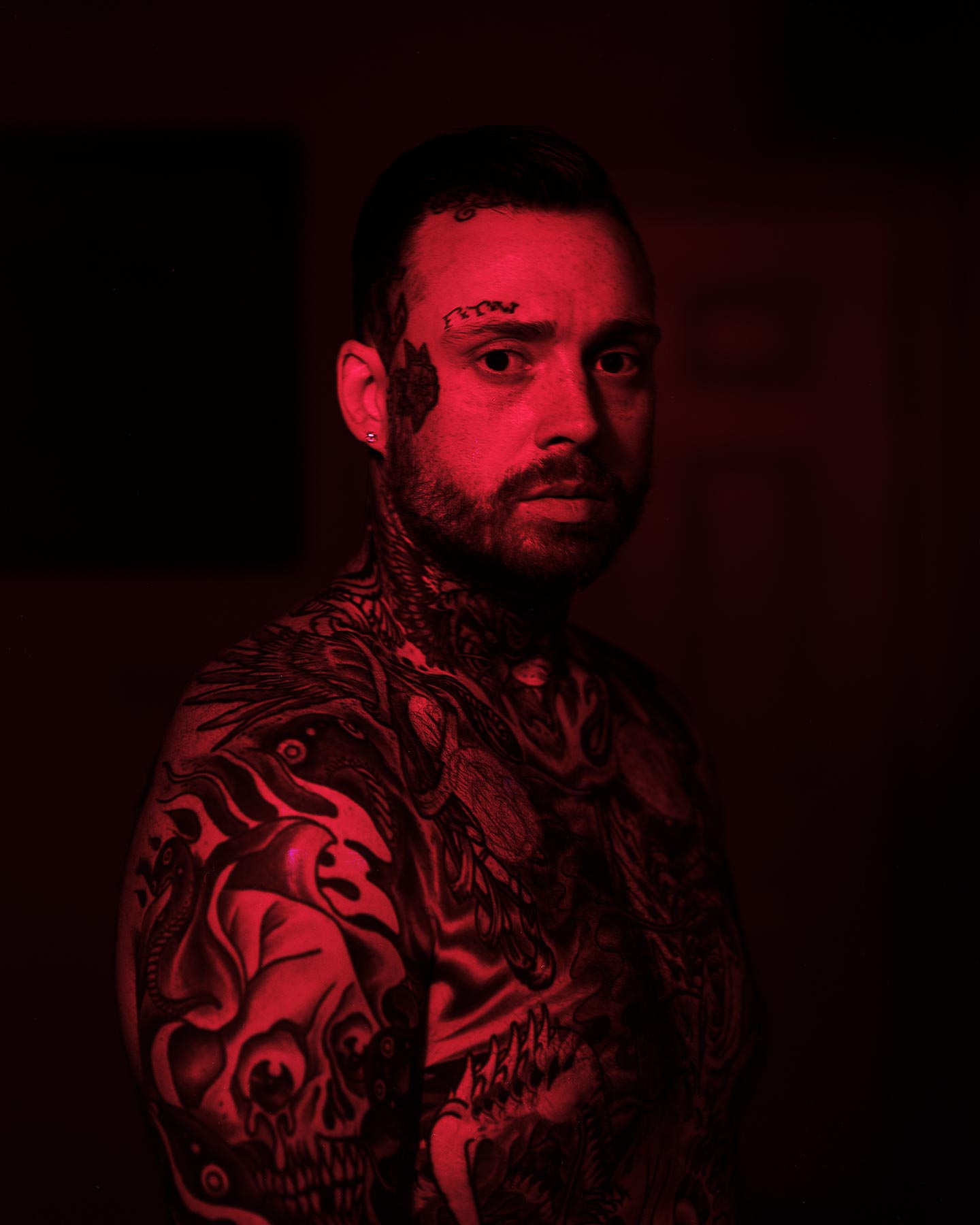 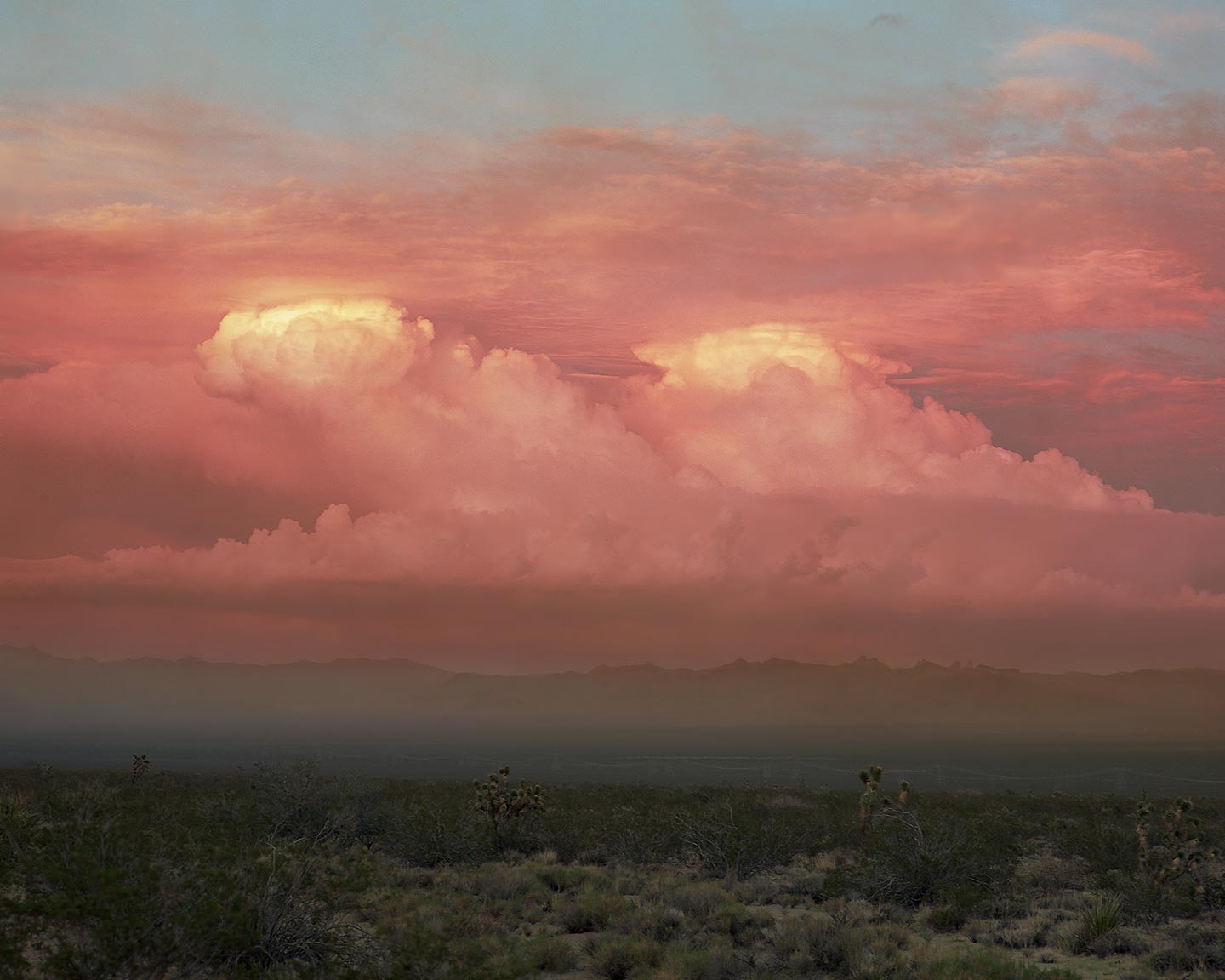 American photographer Marshall Scheuttle describes his latest project Morning Star as “a series that aims to explore a journey through the city of Las Vegas. It spans multiple years and in many ways recounts my experiences and discoveries within the city. Its intention is not to expose or reveal an unseen aspect of the place, rather it is in many ways my story of coming to and living in Las Vegas.”

Las Vegas had always been in Marshall’s mind as a location where to produce a series: “I saw it as this last bastion of untapped American culture. People of course were making interesting work about the place but I felt like I had something I wanted to add to the discussion. I hit a point in my life where I made a decision to load whatever I still owned into the back of my car and drive west. Through the generosity of friends I found places to live, a job and before I knew it being in Las Vegas was my life. It’s important to how I view the work now that I came to the city like so many people: on my last legs looking for a new chance in this mystical Oasis that sits in a deadly desert.”

Morning Star was entirely shot in color and on film, with a view camera: “I wanted to draw from the tradition of American color photographers that used these tools to produce hyper-realistic images. Using a view camera gave me the ability to add these images to an already established language, so to speak. It was really a reflection of how I use photography—I wanted to tackle these intense subjects and content but I wanted to do it with a tool that is traditionally seen as slow and measured. The result is that many of my images possess some aesthetic qualities that are referential to a specific style, but there’s usually something looming underneath that surface quality.”

The work’s title Morning Star is a biblical reference: “In some religions Lucifer is referred to as the Morning Star. In those depictions he is cast out of the heavenly kingdom and falls to earth. I use it as a reference to draw a parallel between how Las Vegas presents itself in culture as a safe haven for the cast out and disenfranchised. Also, I find it ironic that the place is a literal beacon of light in an otherwise pitch-dark desert.”

“When I first arrived I was obsessed with showing places and moments that coincided with things that could be seen as more cliché or what you could imagine happens behind closed doors. As I spent more time in the city and the work evolved I was more influenced by artists utilizing light in the same way that architecture is structured in Las Vegas. The buildings in the city are designed to keep the sun out and in many ways create this Renaissance era castle window effect we are used to seeing in so many paintings. I also became infatuated with the artificial lighting that permeates the city. I looked to a lot of 1980s cinematographers for inspiration on how to handle that harsh lighting.”

Marshall’s main goal for this project changed as the work progressed: “I think when I started out I hoped it would become a book associated with really describing a new way of seeing Las Vegas. I wanted to be that crazy guy that ran around Vegas with a view camera, getting myself into all sorts of shit—for a while, I got what I wanted too. As it evolved, that wasn’t enough for me and the work became more about my experience and less concerned with proving a point or describing a place. I think I’m trying to say that I hope it comes across to people as intriguing, emotive and with moments of unexpected beauty and romanticism amidst the reality of the content.”

Of his interests as a photographer, Marshall remarks that “I find myself to be more in the arena of communicating stories and events by creating photographs. I won’t delve into any dirty words like documentary but I use photography to express my interactions and emotions in the world, and often times they are connected to specific places or stories.” He mainly draws inspiration for his photography from poetry and cinema: “I work backwards in a lot of ways. I need to photograph—it’s how I communicate my ideas and feelings to the world—but lots of times I go periods without dwelling on much actual photography. With that said, I’m of course influenced by Joel Sternfeld and Jeff Wall.” Some of his favorite contemporary photographers are “Bryan Schutmaat, Rinko Kawauchi, and a giant list of people I know personally but that’s like too slippery. But I mostly look at old stuff—right now you won’t find anything on my desk that isn’t from Provoke or a Kurosawa still.” The next photobook he’s going to buy is In the Vicinity by Ed Panar (“I saw it the other week and totally fell head over heels for it“).