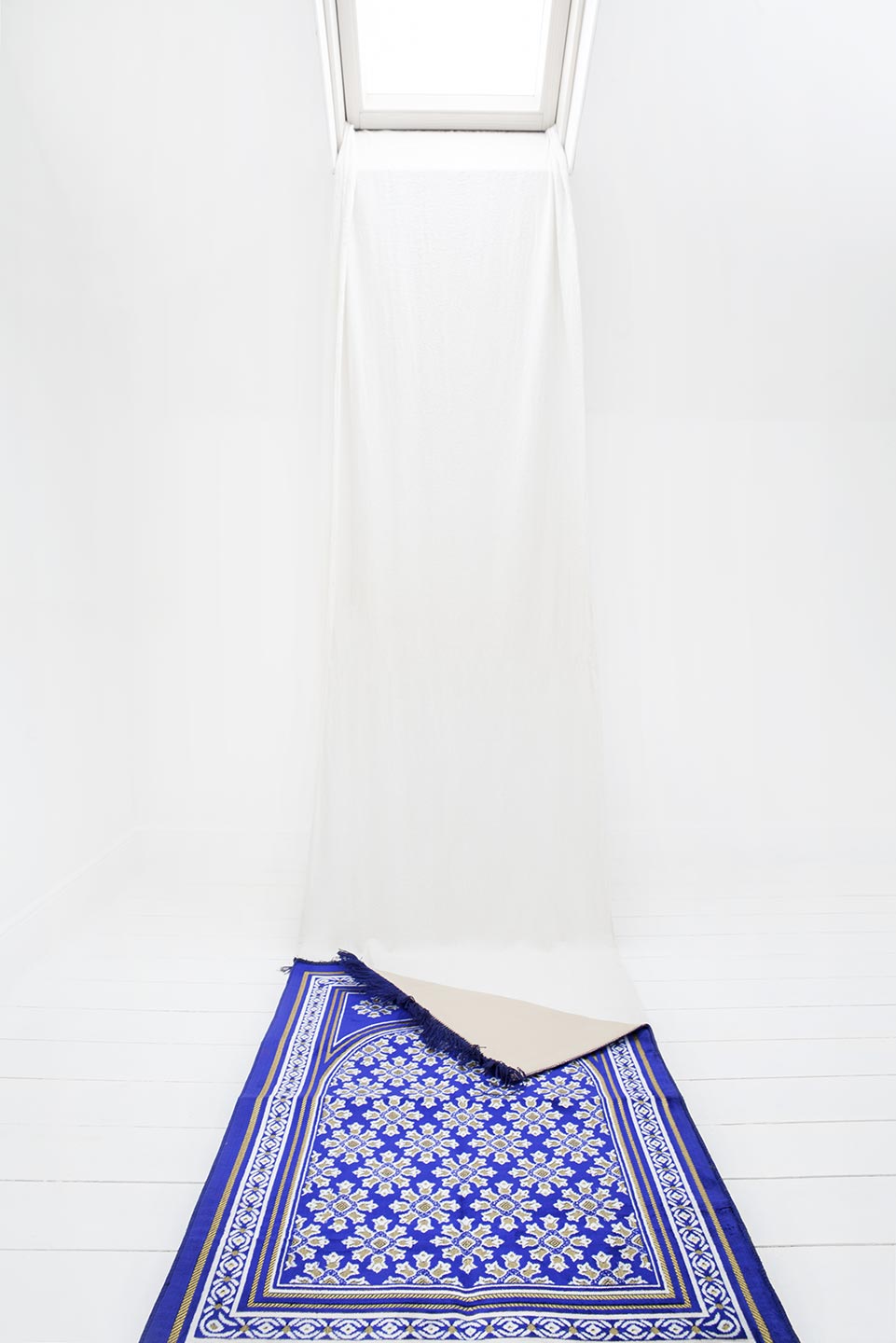 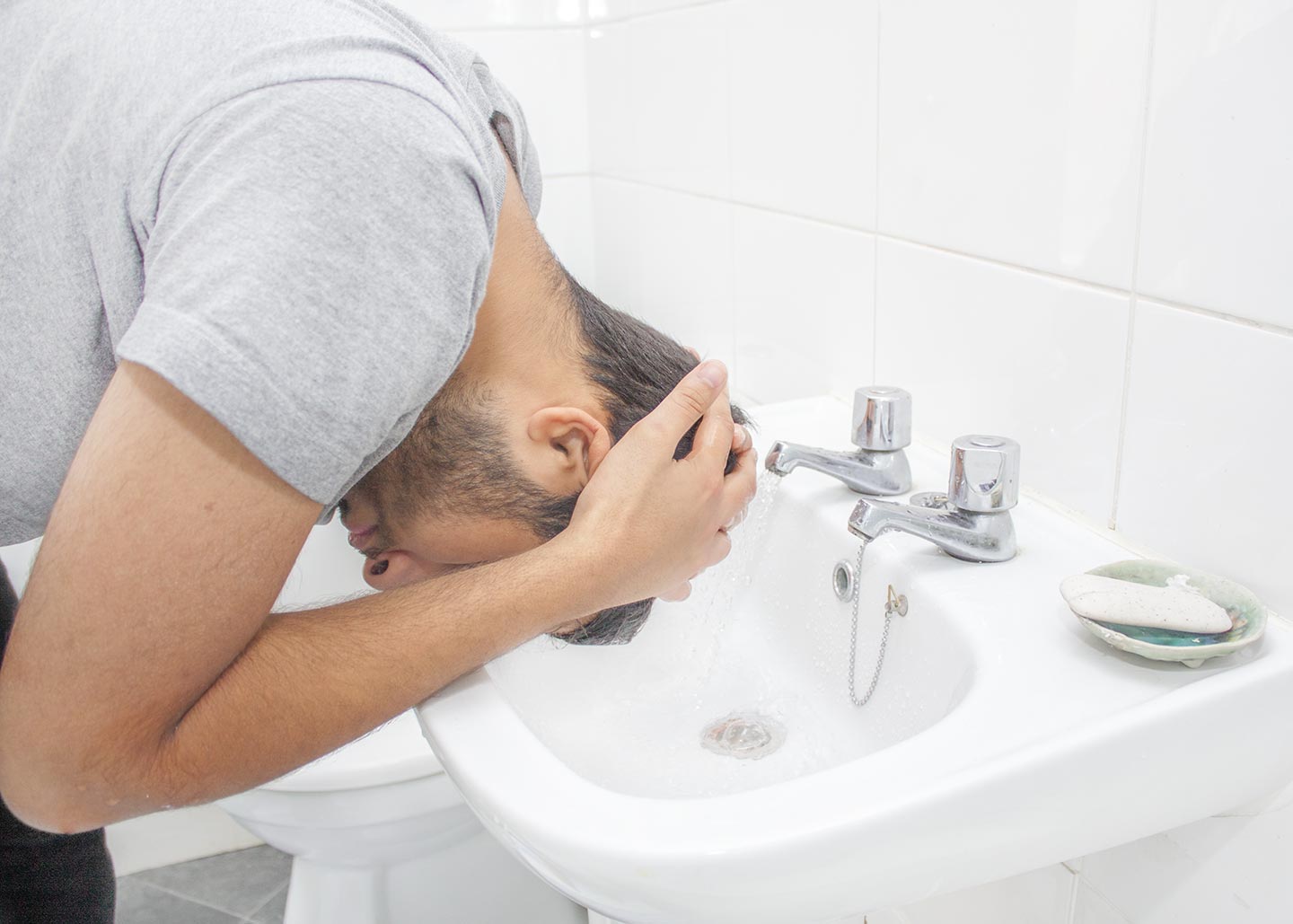 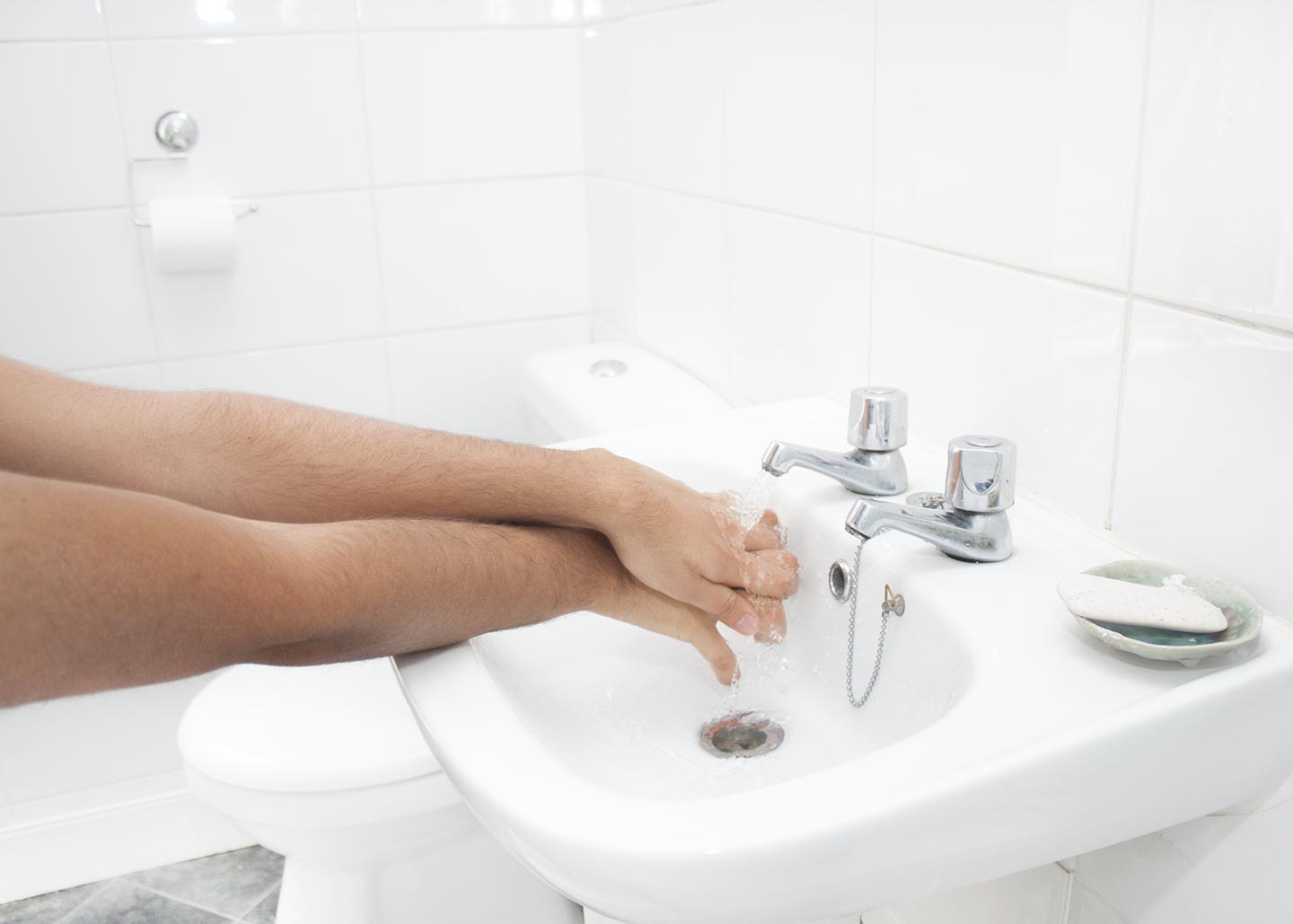 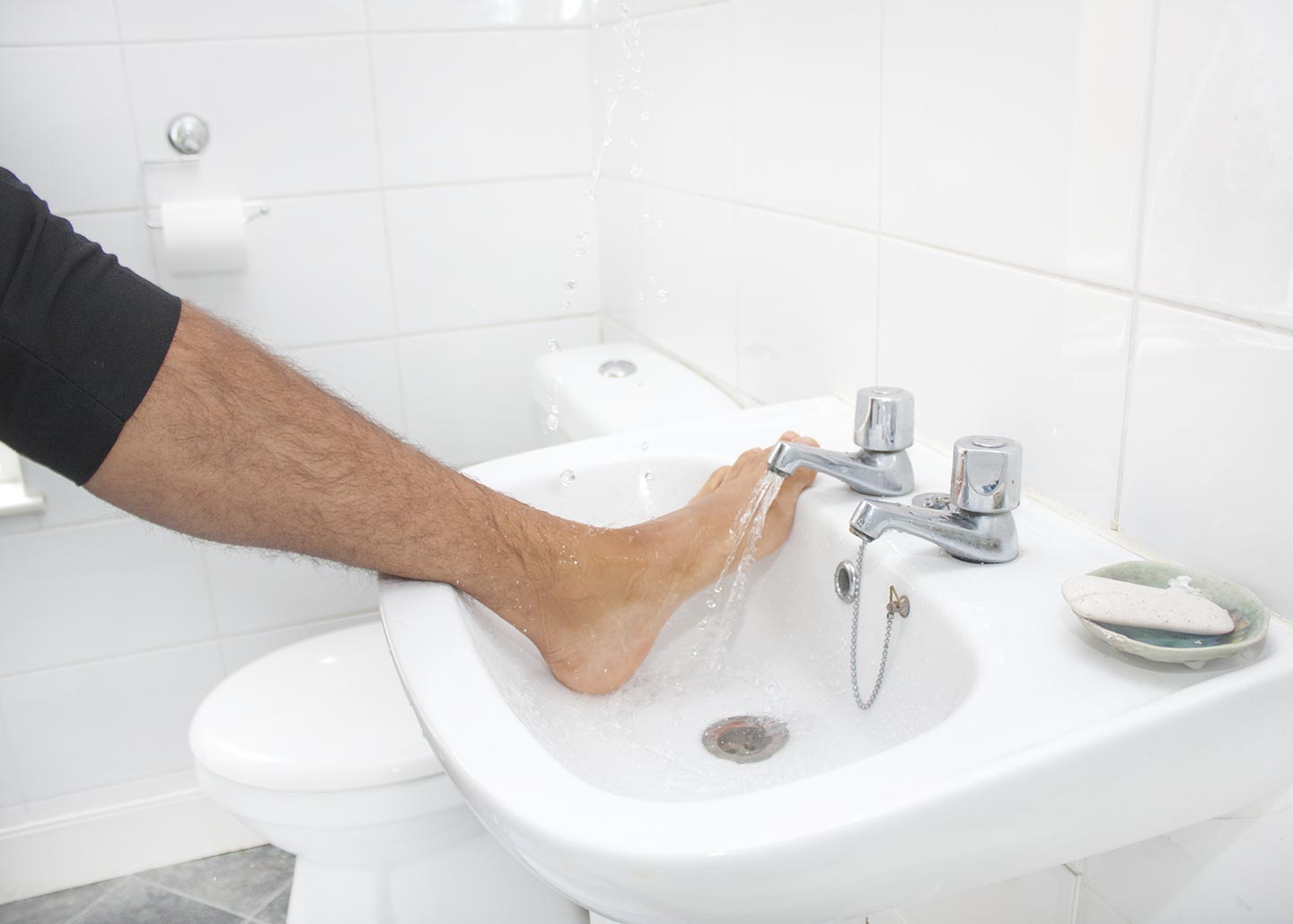 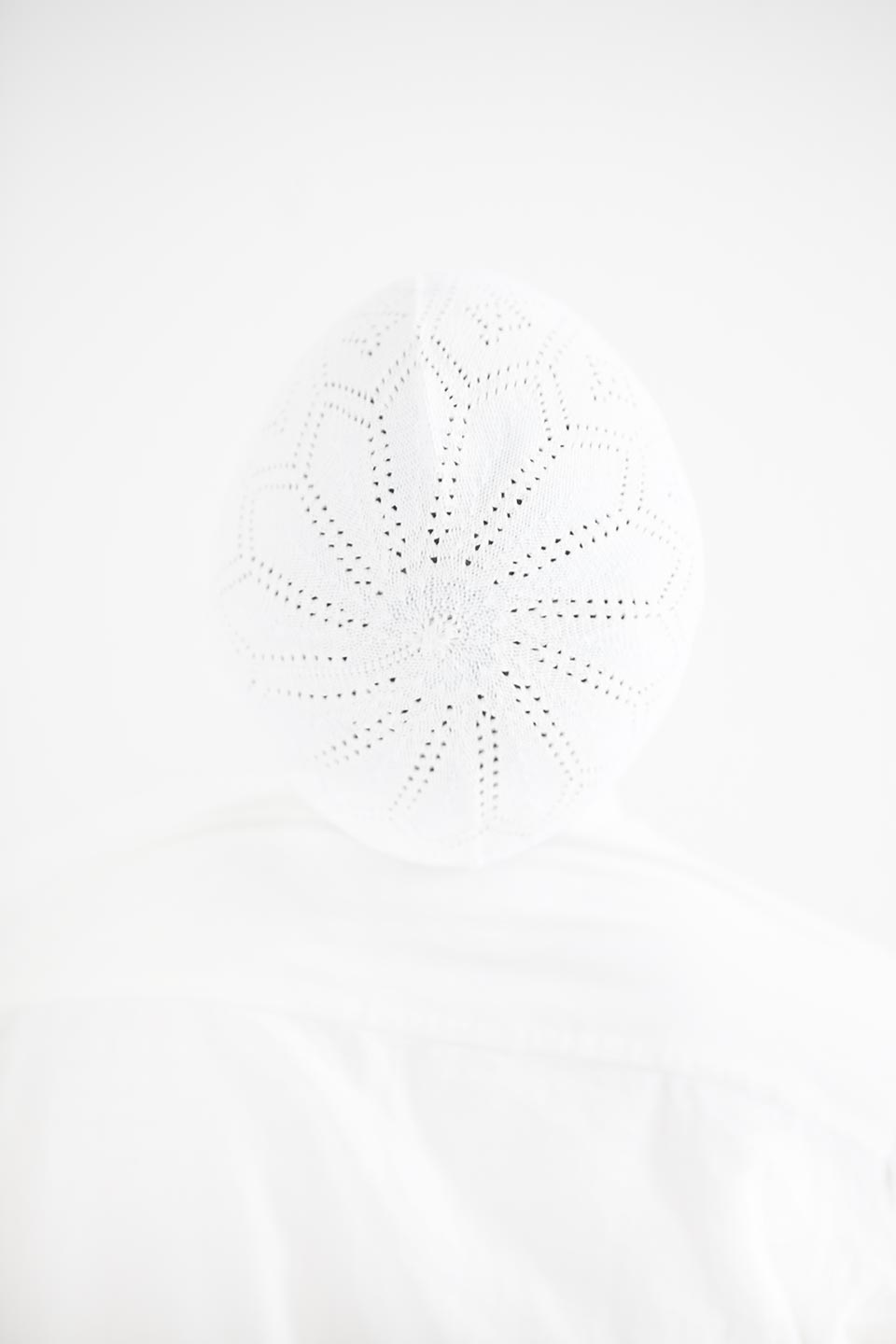 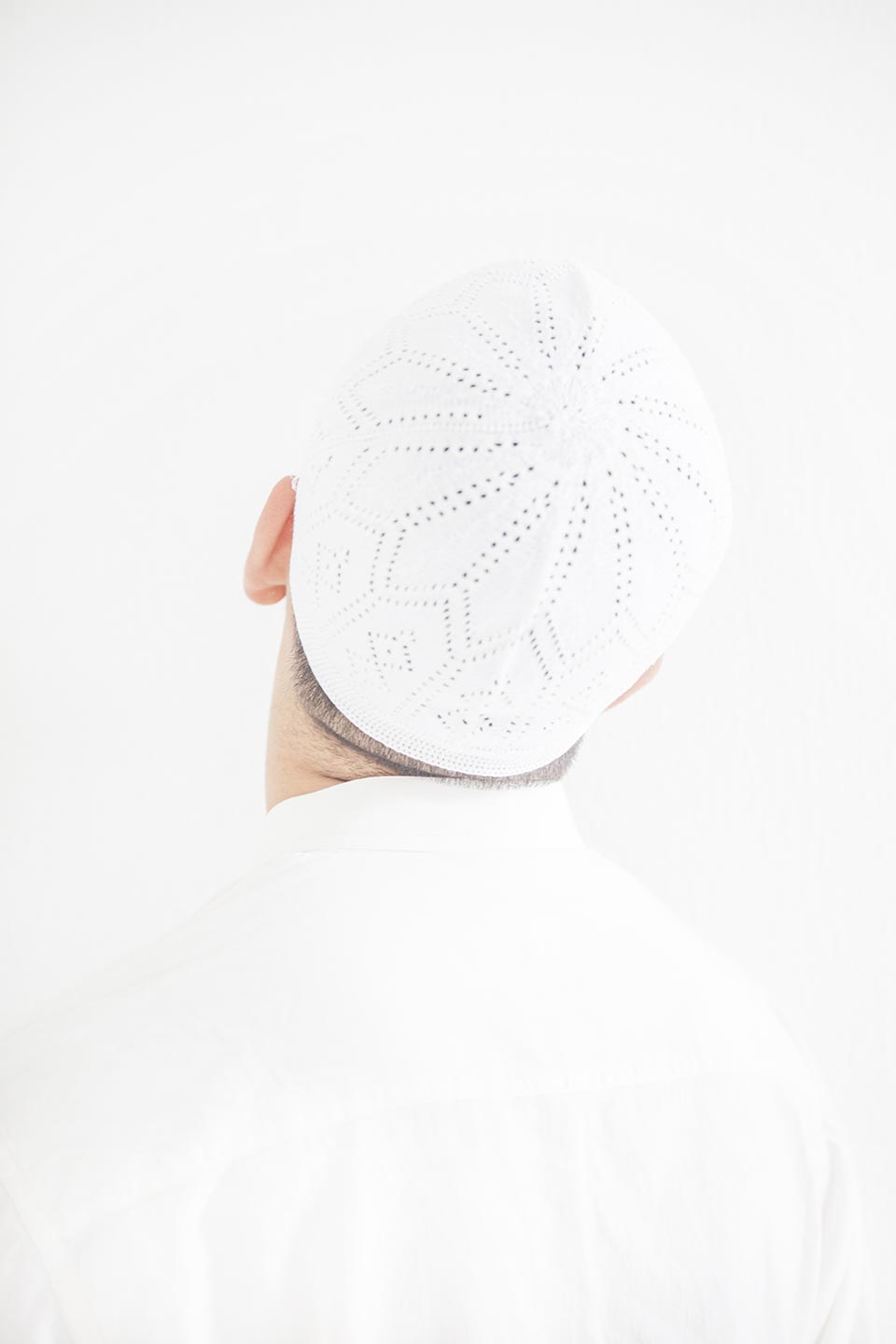 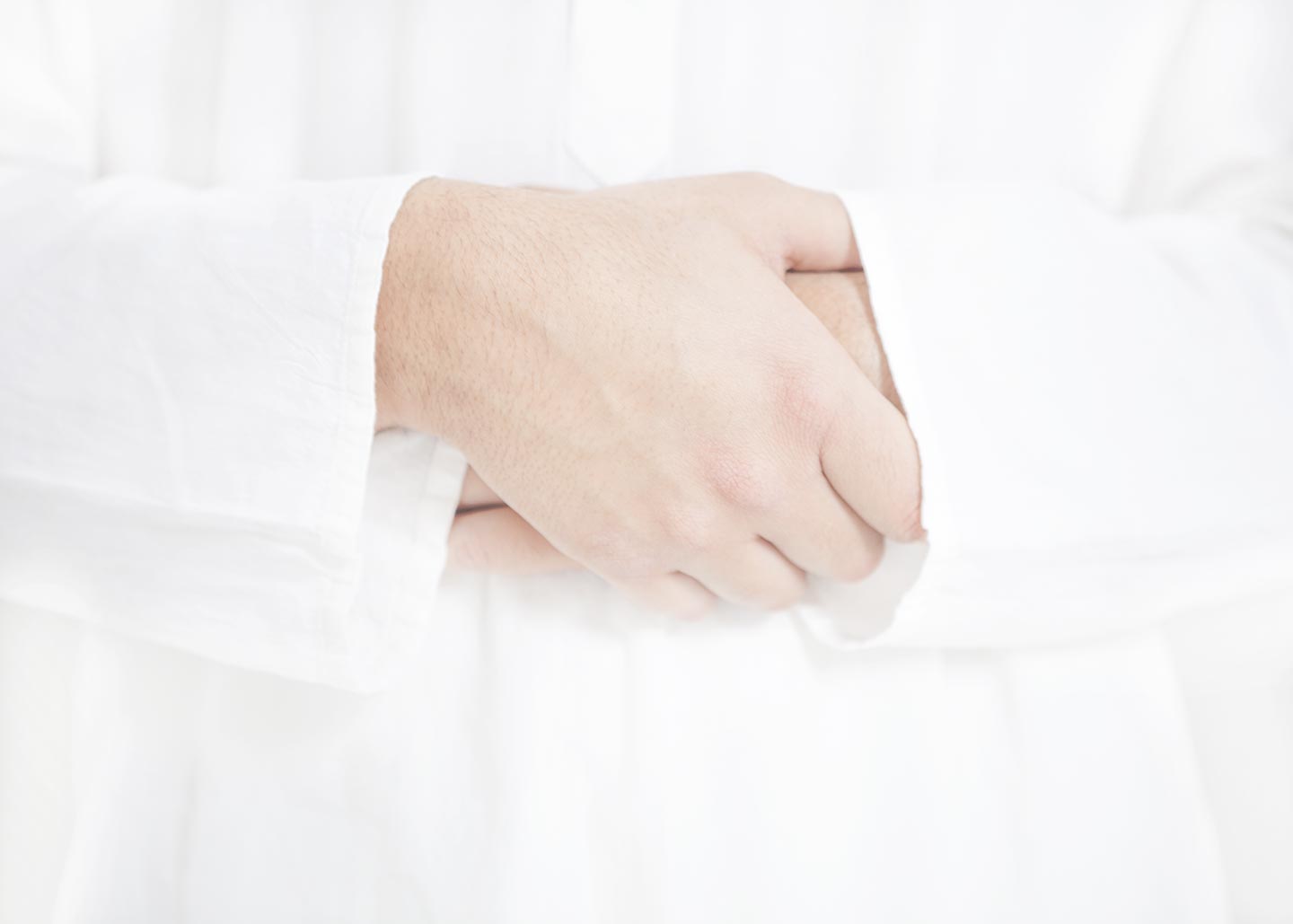 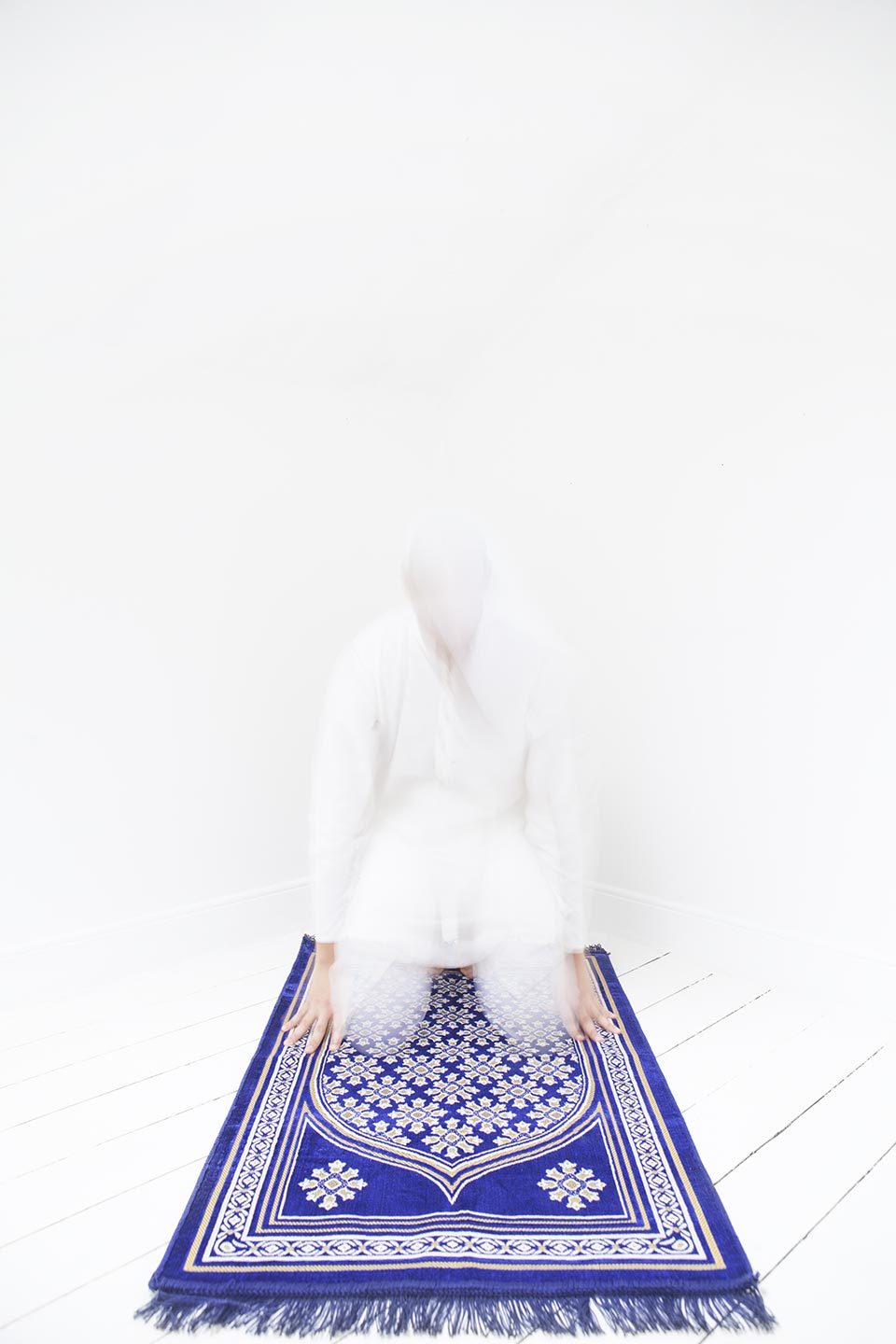 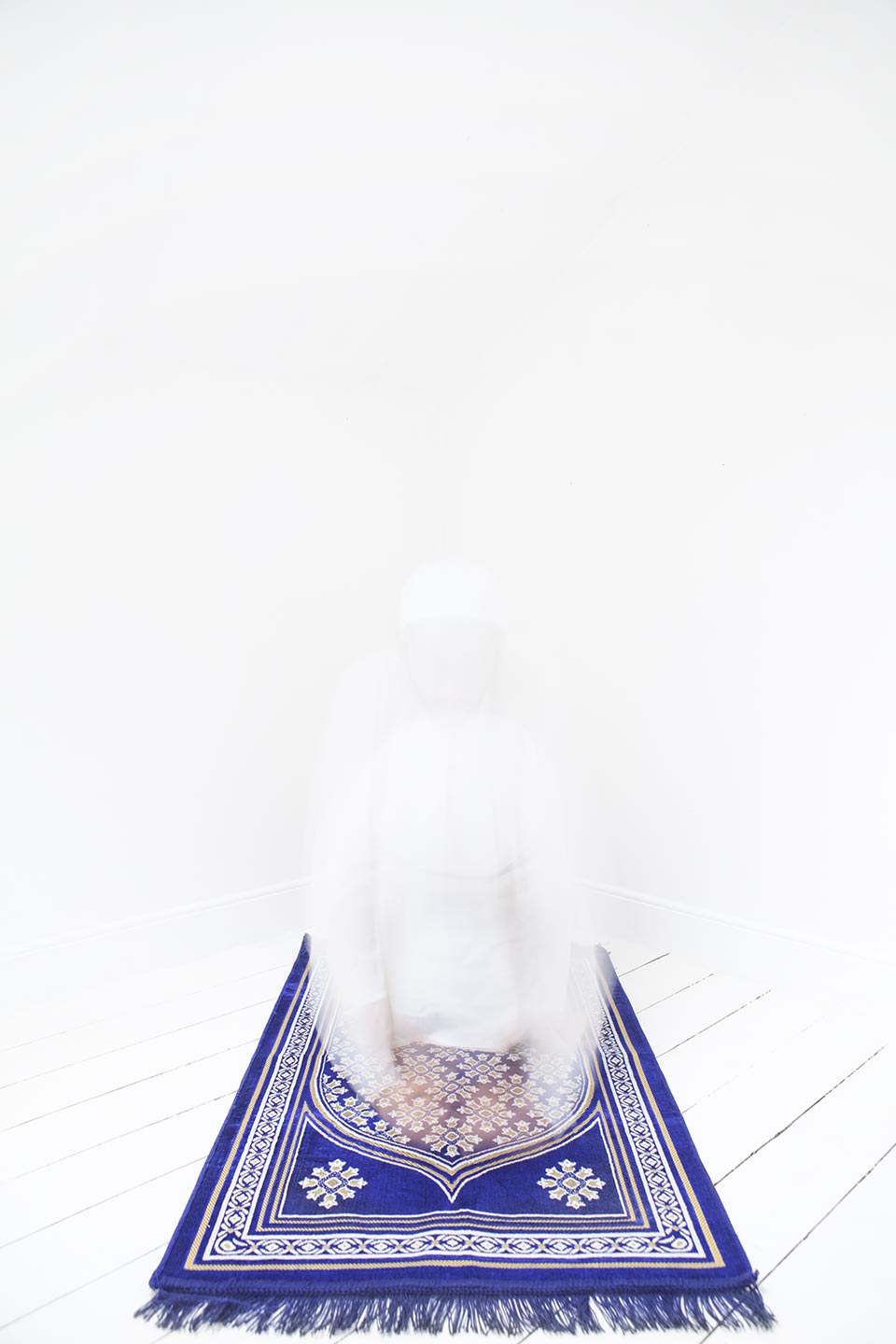 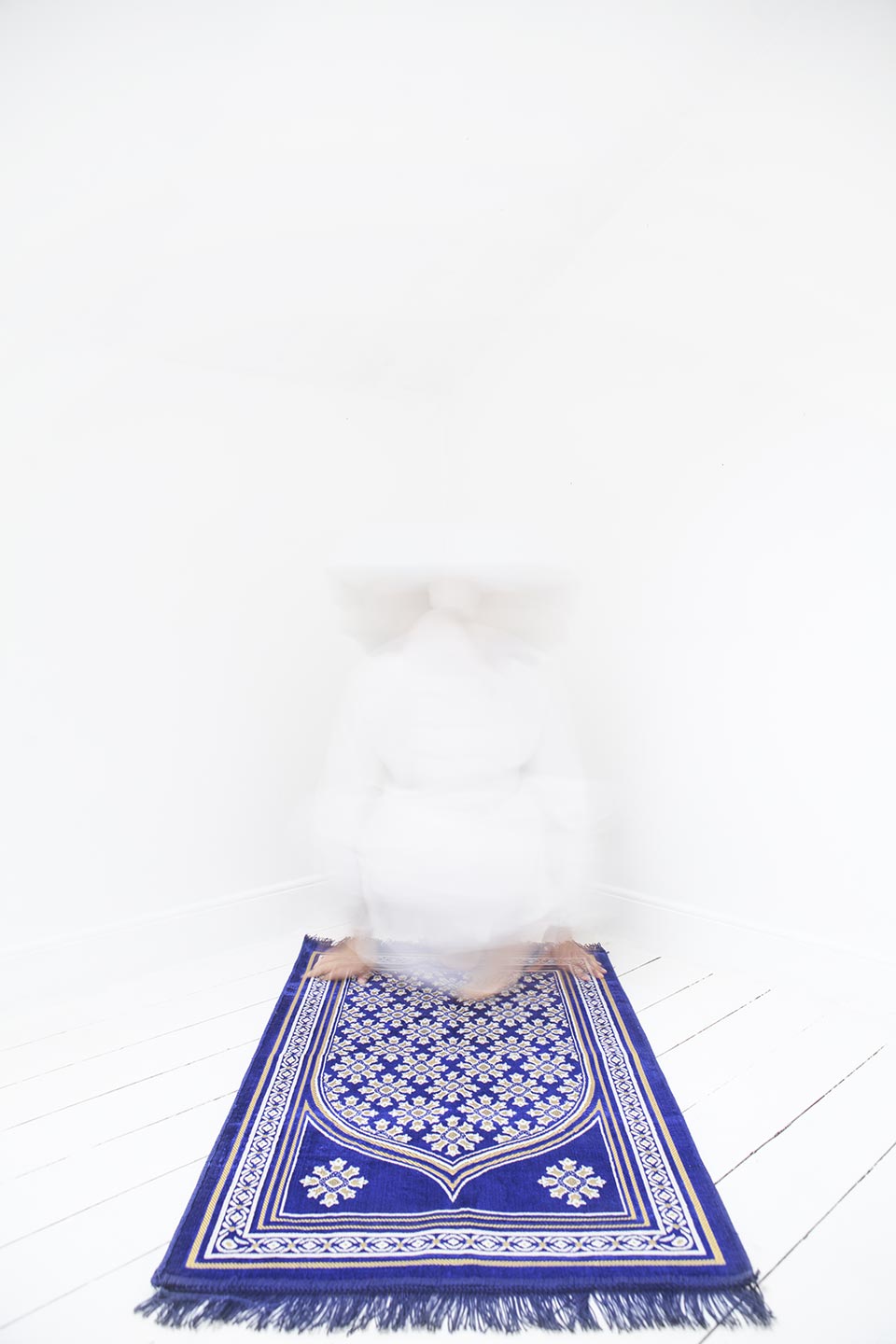 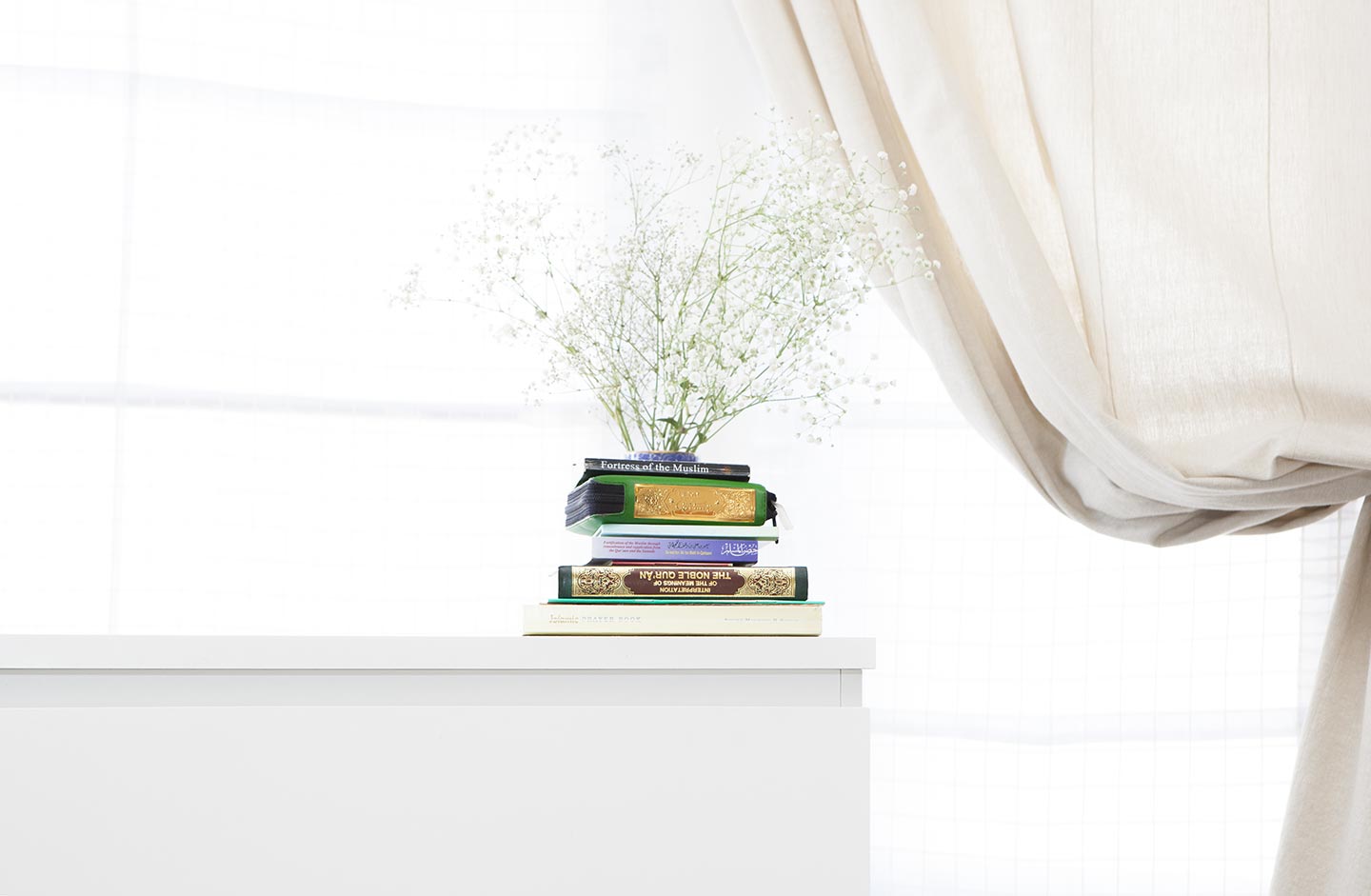 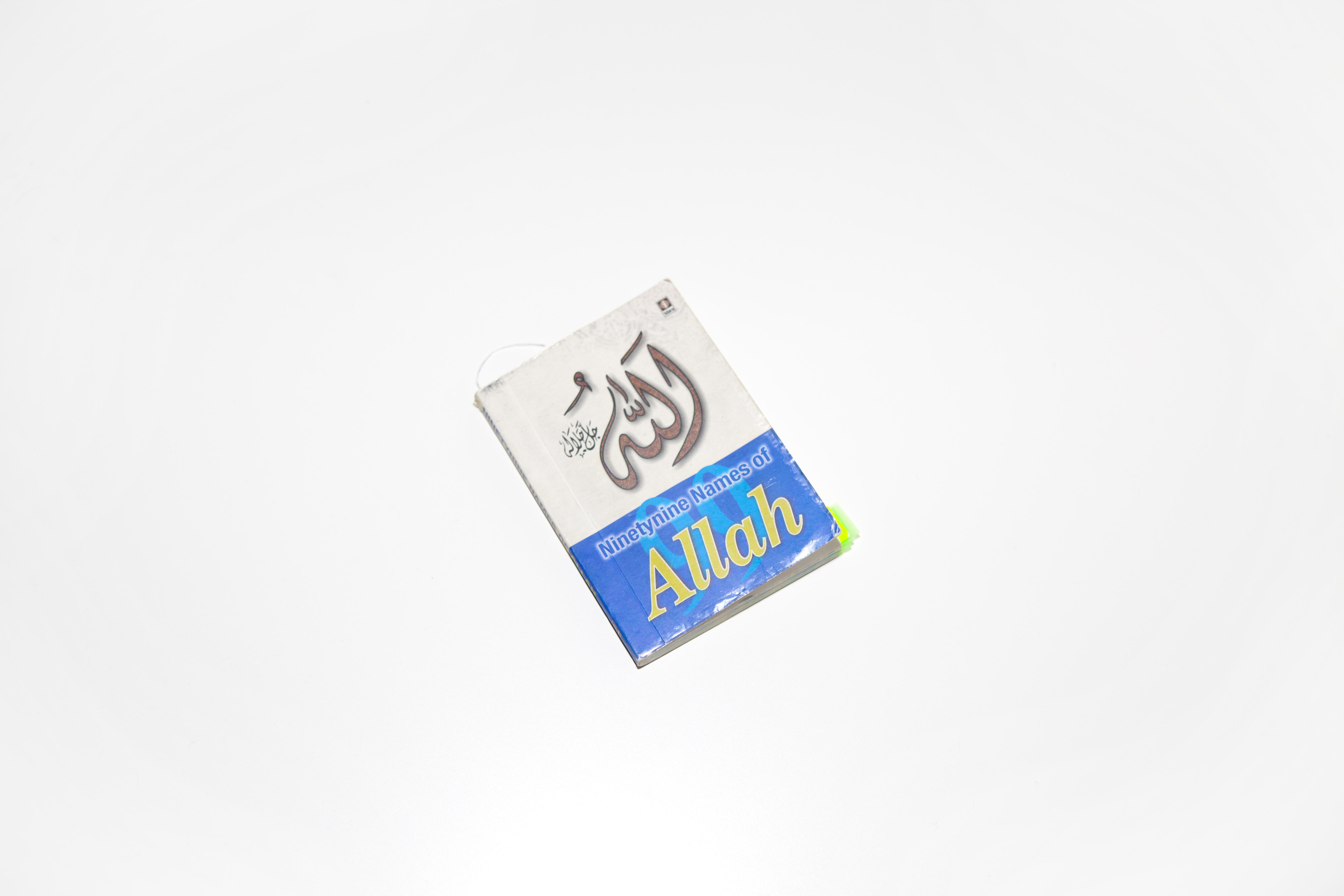 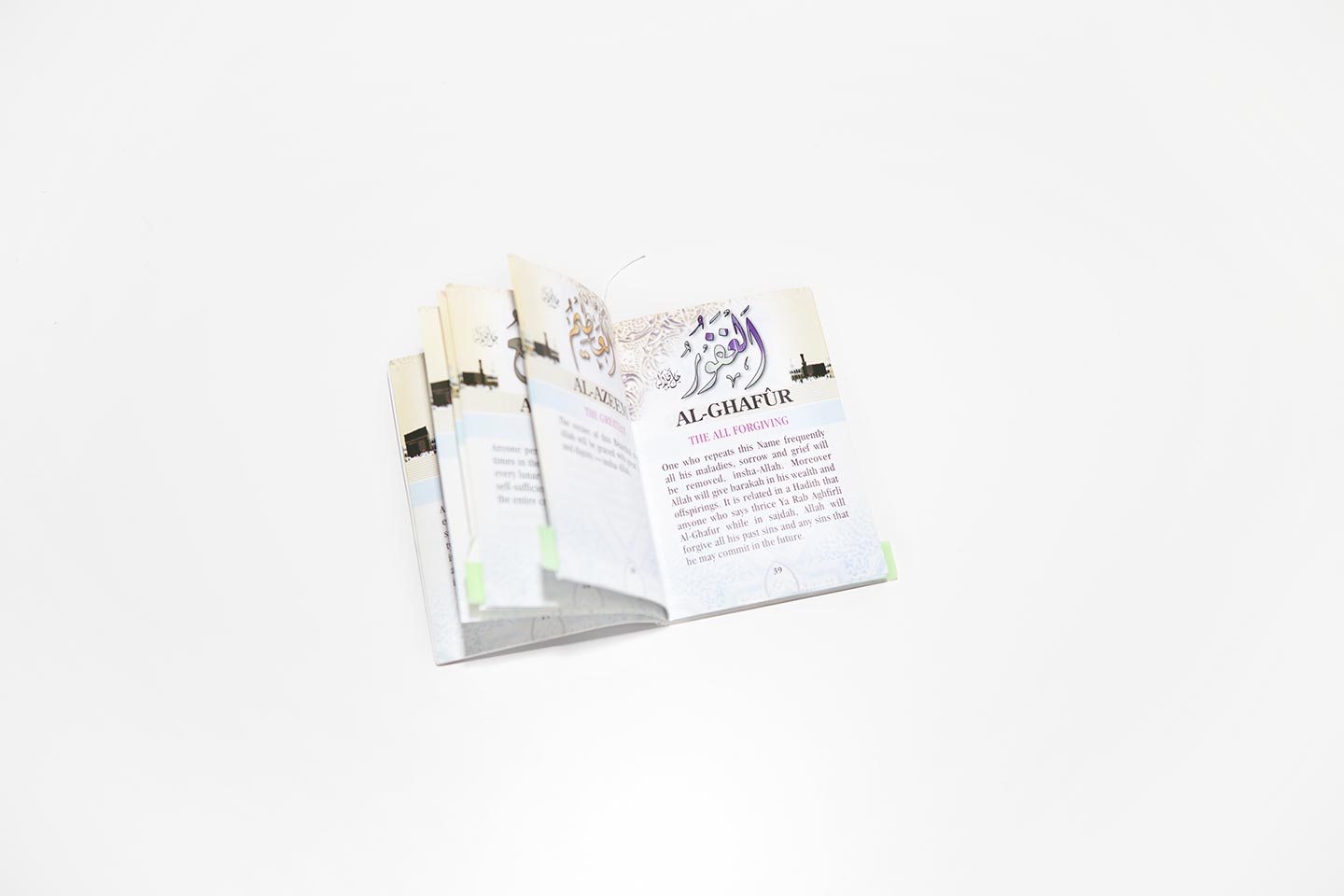 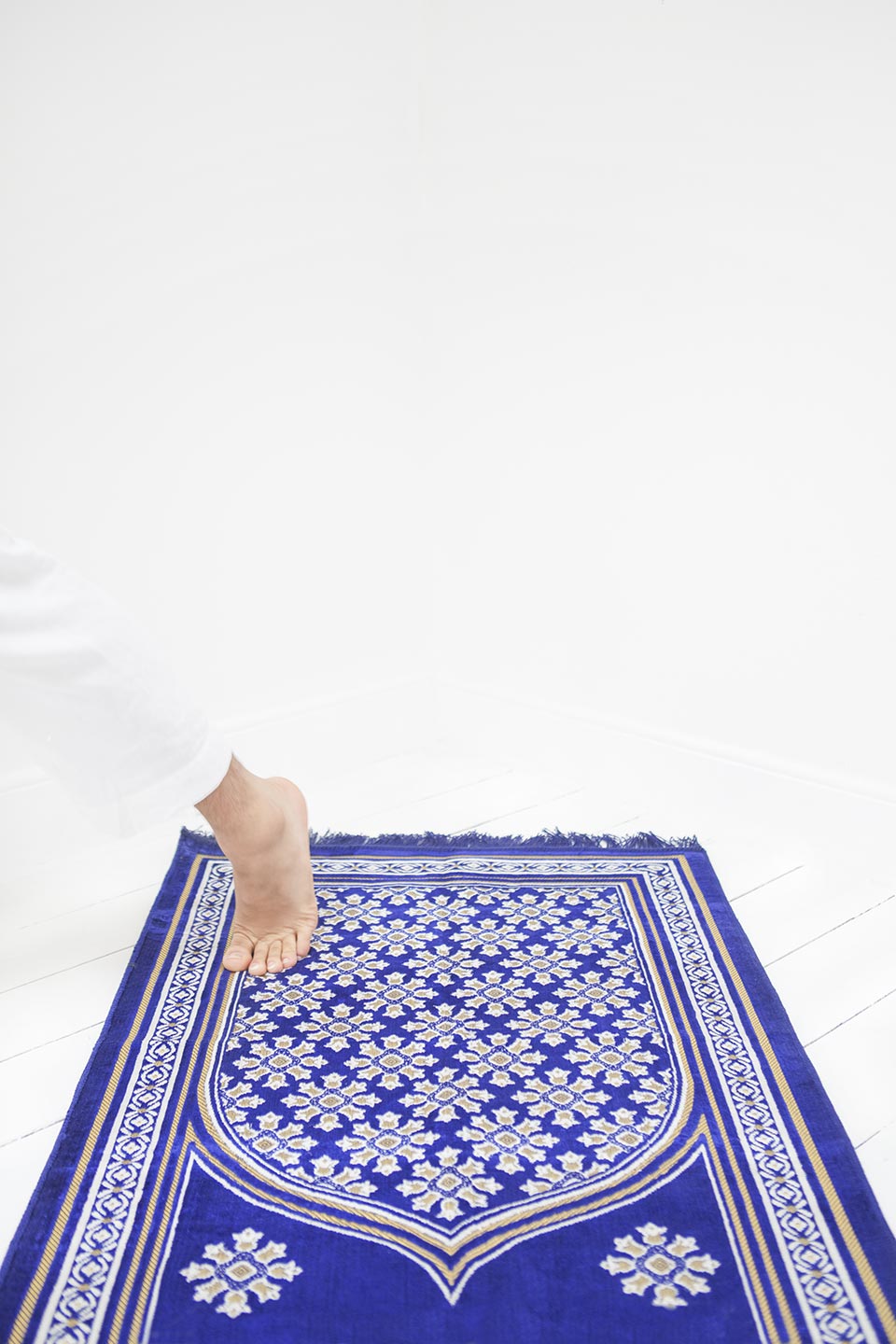 21 year-old British photographer Nael Quraishi presents An Exercise In Faith, a photographic exploration of his relationship with religion. Raised as a Muslim, in this series Nael visualizes a process he initiated to approach Islam in response to his own, conscious decision rather than as something that was passed on to him by his family.

Hello Nael, thank you for this interview. What are your main interests as a photographer?

Since I started using a camera, my main interests as a photographer was to use the medium as a form of self-therapy.

Please introduce us to An Exercise in Faith.

This work is about patience, understanding and balance. It’s about the struggle to have faith in something you cannot physically see or touch. Interruptions occur while questions of putting religious practice on pause are raised.

What inspired An Exercise in Faith, and what was your main intent in creating this series?

Before An Exercise In Faith I made a project about a prayer room in the Sikh Gurdwara here in Belfast. The work was meditative, simple and quiet. It evoked a presence of a higher force that I felt in that one room of the building. This made me want to connect more with Islam, which is the religion I was raised with. During my winter break I had ideas of making work based on the Islamic prayer. I wanted to approach the religion as a beginner and test the prayer as more of a physical exercise to see if it transformed into a devotional practice. In January I travelled to Morocco with a friend and every morning I woke up in time for the fajr prayer. When I felt like the time was right, I asked my friend to photograph me say my prayers, which was the first time I did that in 5-6 years. That was the beginning of An Exercise in Faith. I also wanted to show the simplistic nature of the faith since in today’s world Islam is quite a controversial topic.

How would you describe your relationship with religion and spirituality?

It always fluctuates and is always a work in progress as I am still young. Growing up I would pray some Fridays, during Ramadan and Eid but I had no idea what I was doing or saying, it was more because everyone else was doing so. However  right now after making this work, I am more spiritual then religious – spirituality is the fundamental element one needs to begin any religious practice, so I know my views will change as I develop this further.

Can you explain how you translated your ideas behind An Exercise in Faith into images?

Once I was back in Belfast I began research on the subject. My long-term goal is to photographically explore the 5 pillars of Islam (Faith, Prayer, Charity, Ramadan, Hajj). I began with faith and prayer since one cannot be completed without the other. Starting with ablution (wuzu) to cleanse oneself keeping in mind the popular saying ‘Cleanliness is next to godliness’ I then read various religious texts and began praying. So the series really takes you through my experience so far.

Did you have any specific references or sources of inspiration in mind while working on An Exercise in Faith?

In the work I reference two books that my father gave me a long time ago: The Beginner’s Book of Salah (imagine an Ikea instruction booklet for praying) and 99 Names of Allah. Also in my house there’s a spare room that I painted white and used as a studio/meditation/prayer room. It really influenced the way I worked regarding the use of light and colour in the images.

Mainly my family and upbringing. When I was younger my mother always had a camera with her, she’s a great amateur photographer. For my 13th birthday my grandmother gave me a camera that I use during my summer holidays in Pakistan. So it was inevitable I would take a liking to photography at some point. Music, location and weather also have a big influence on my practice.