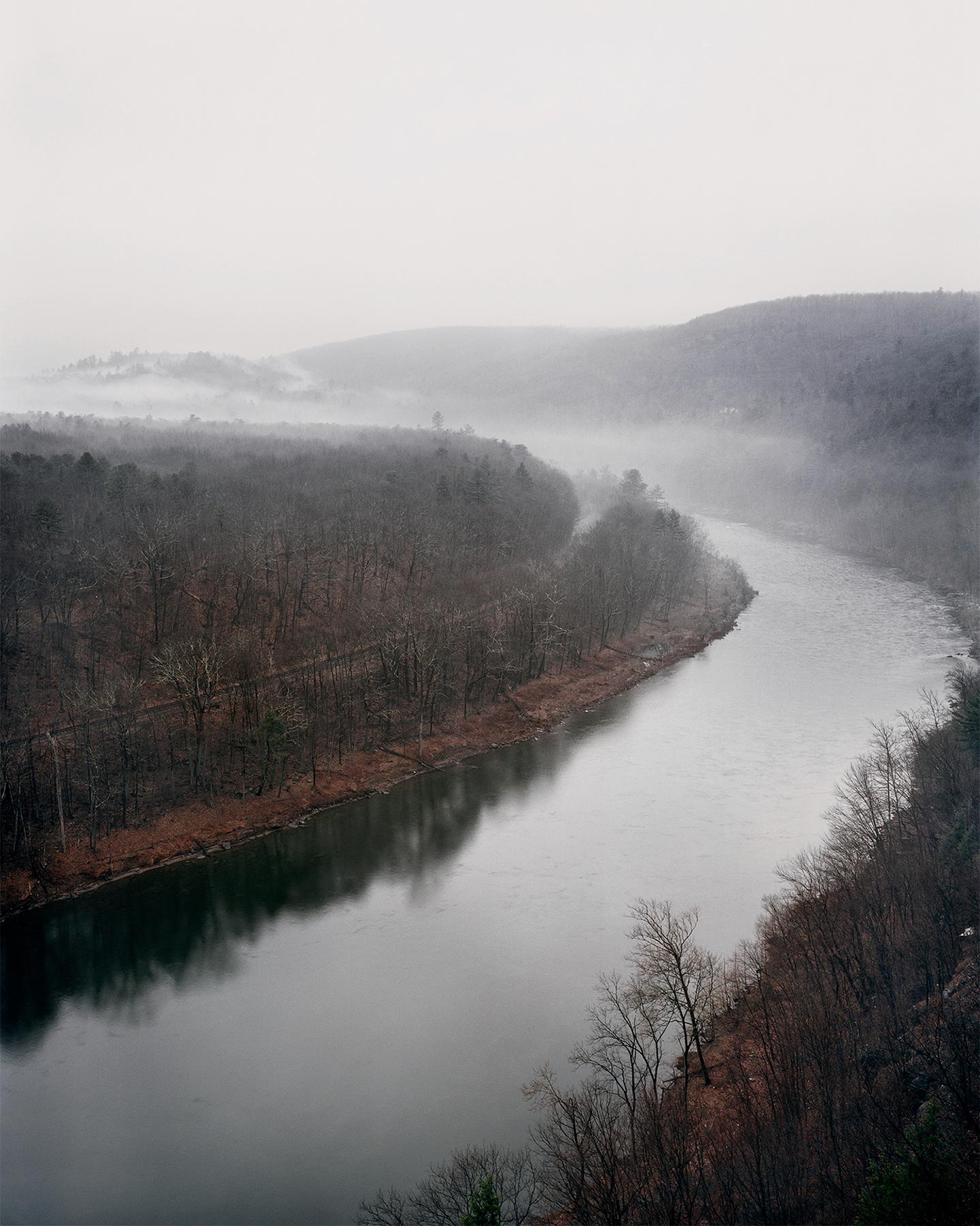 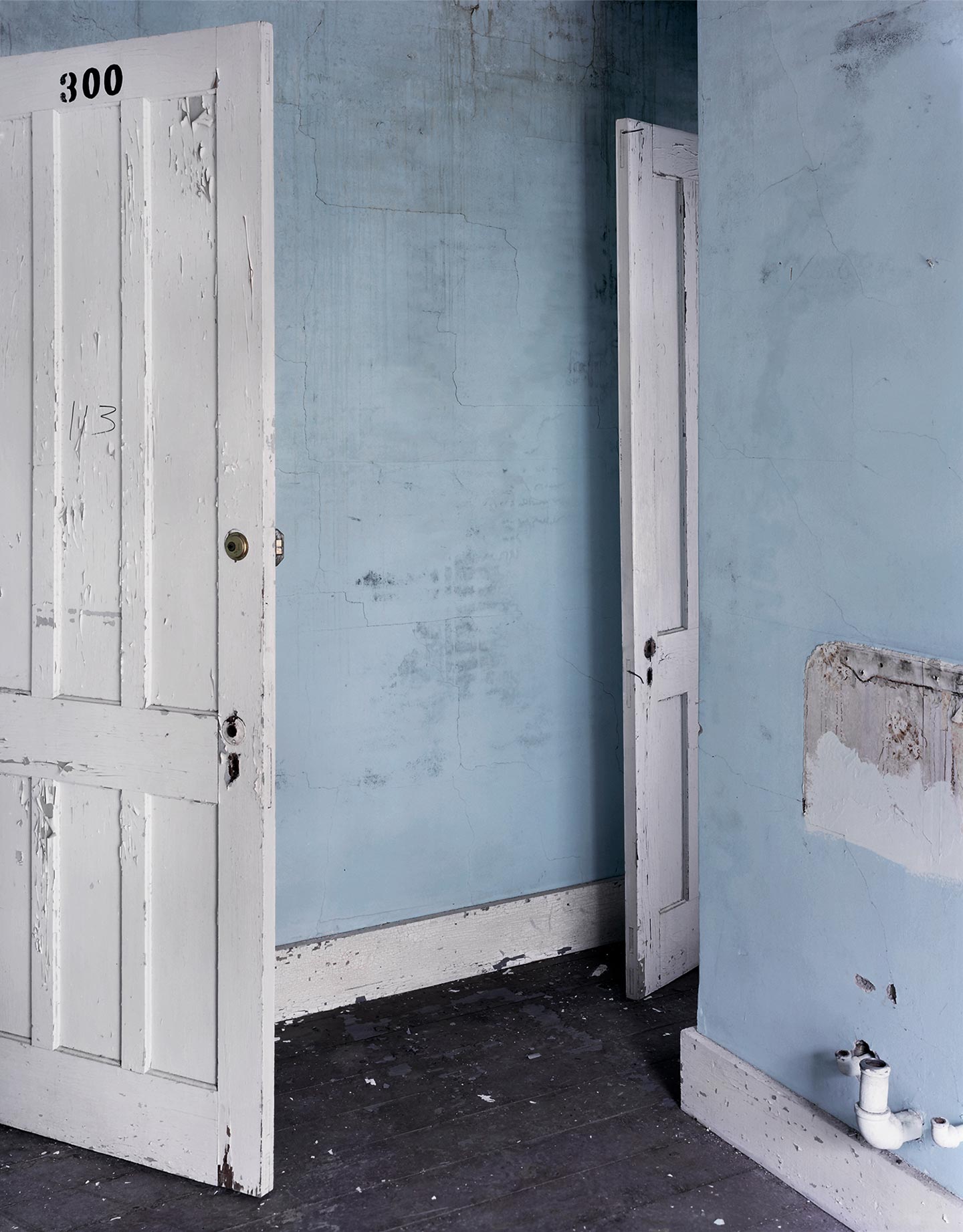 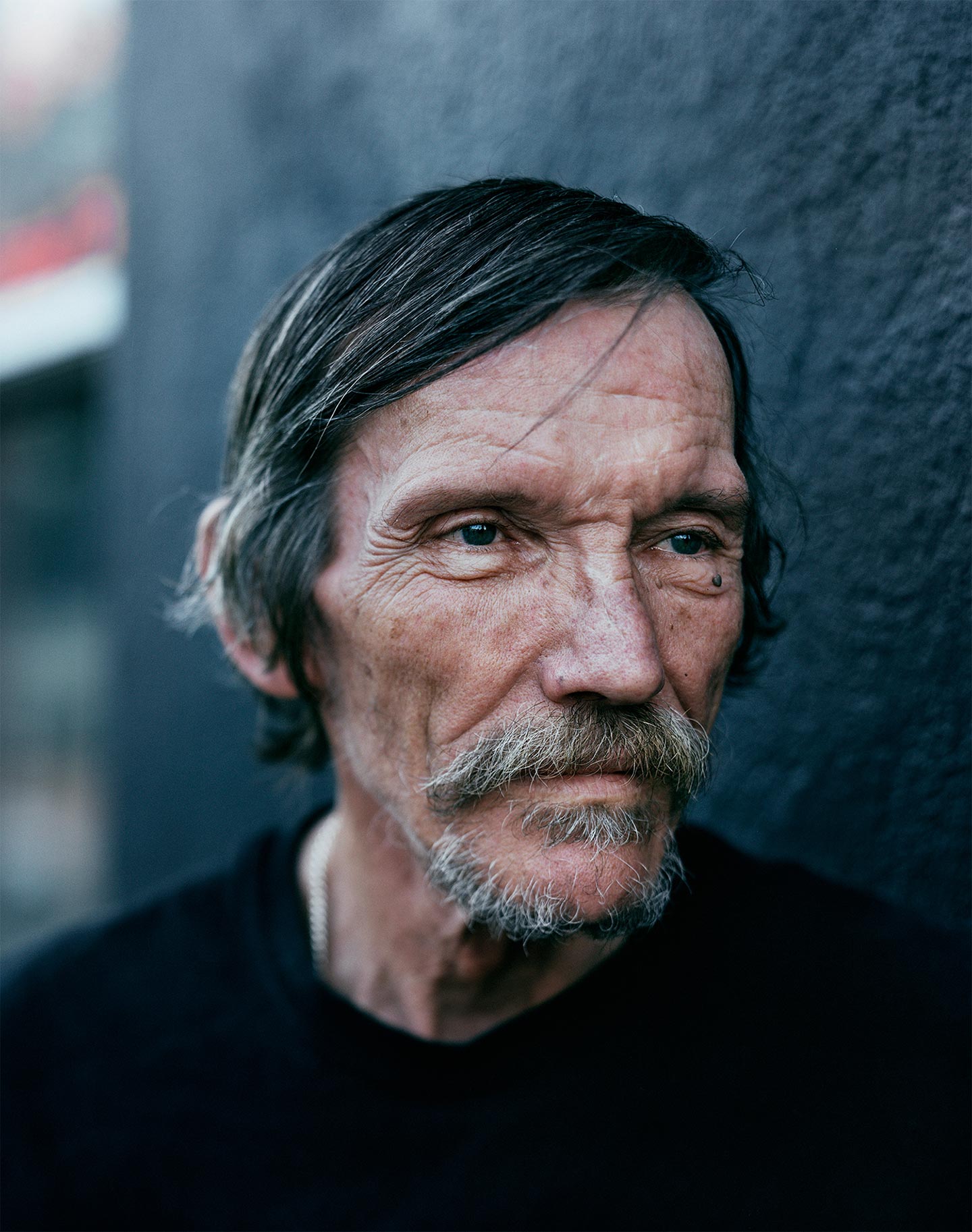 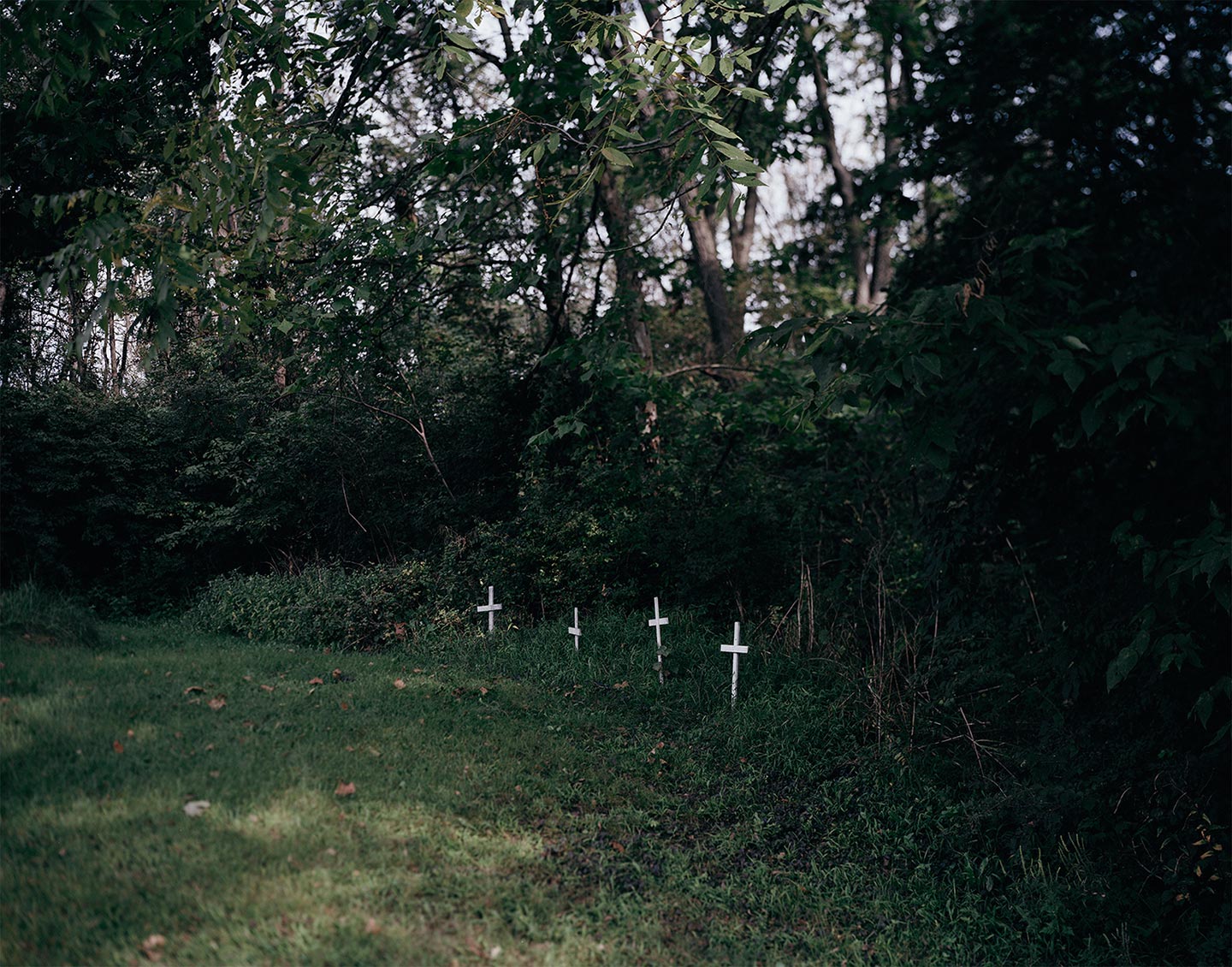 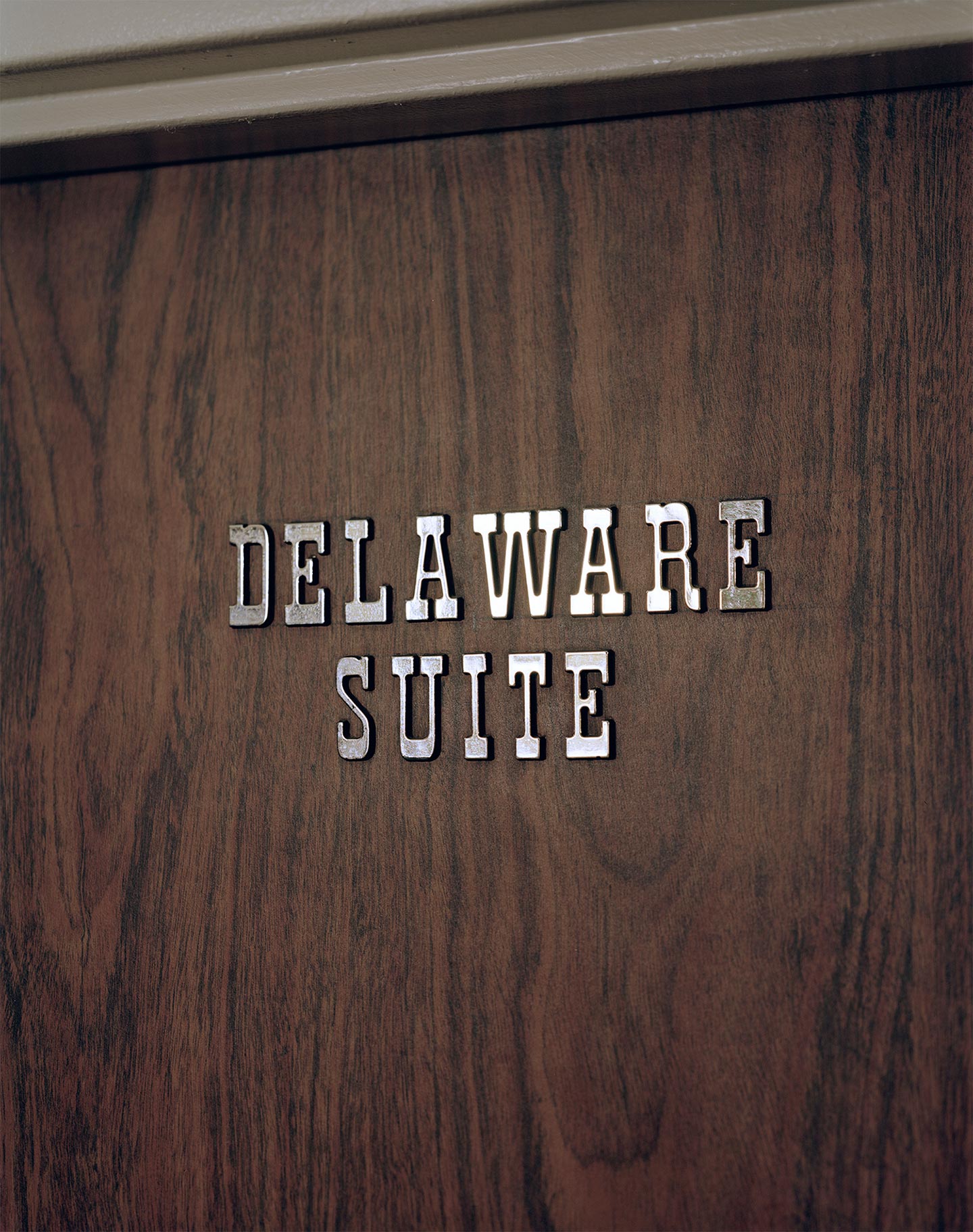 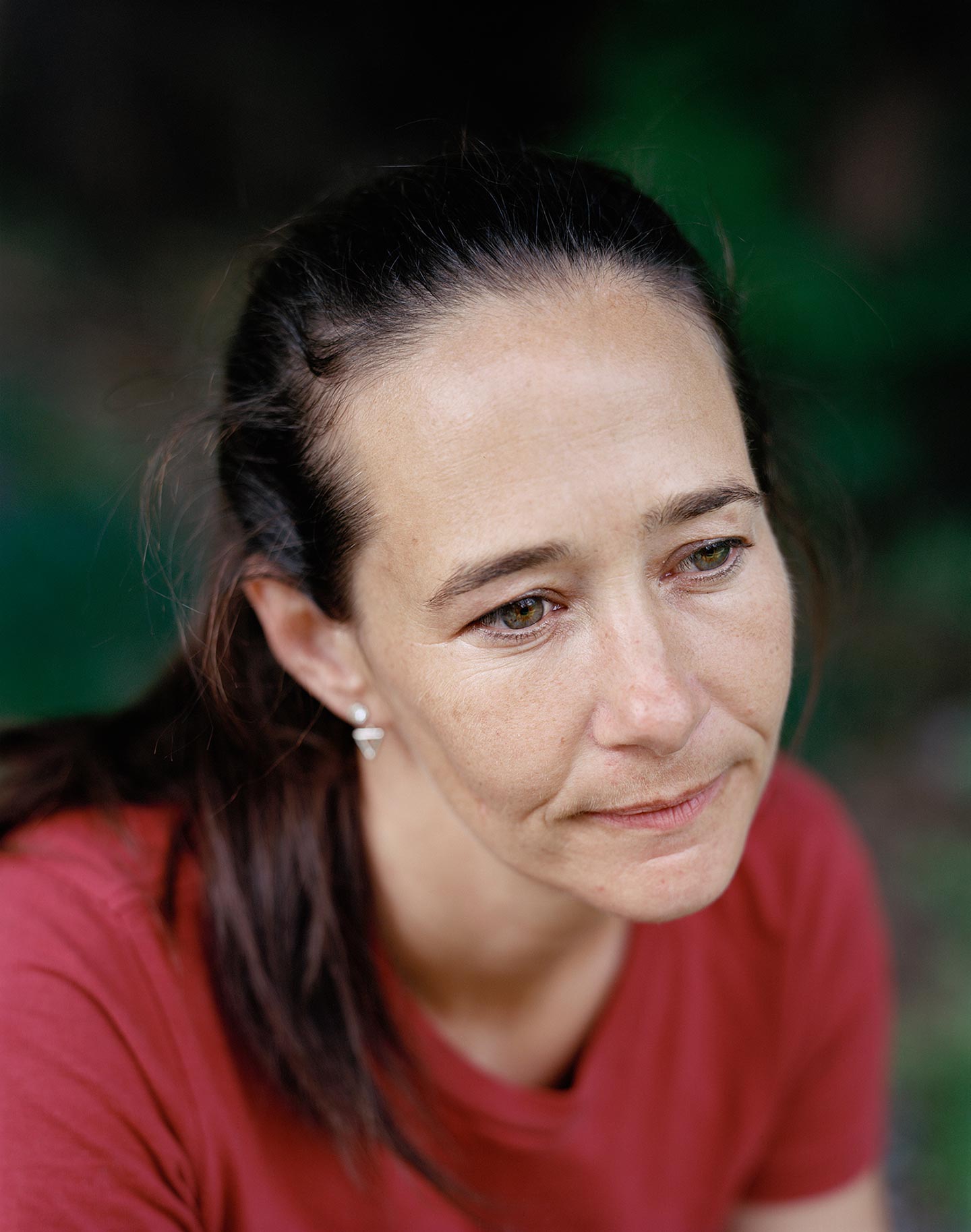 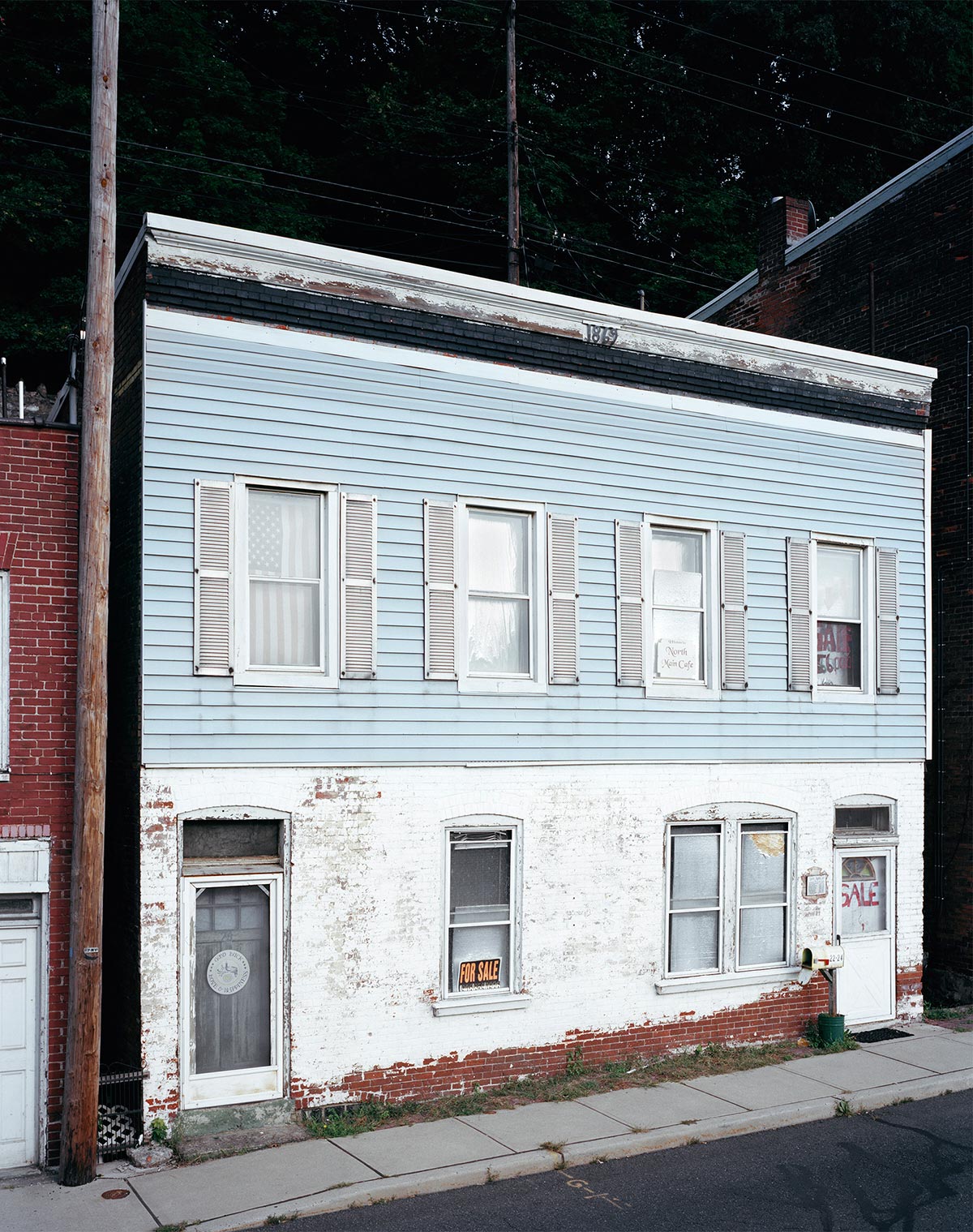 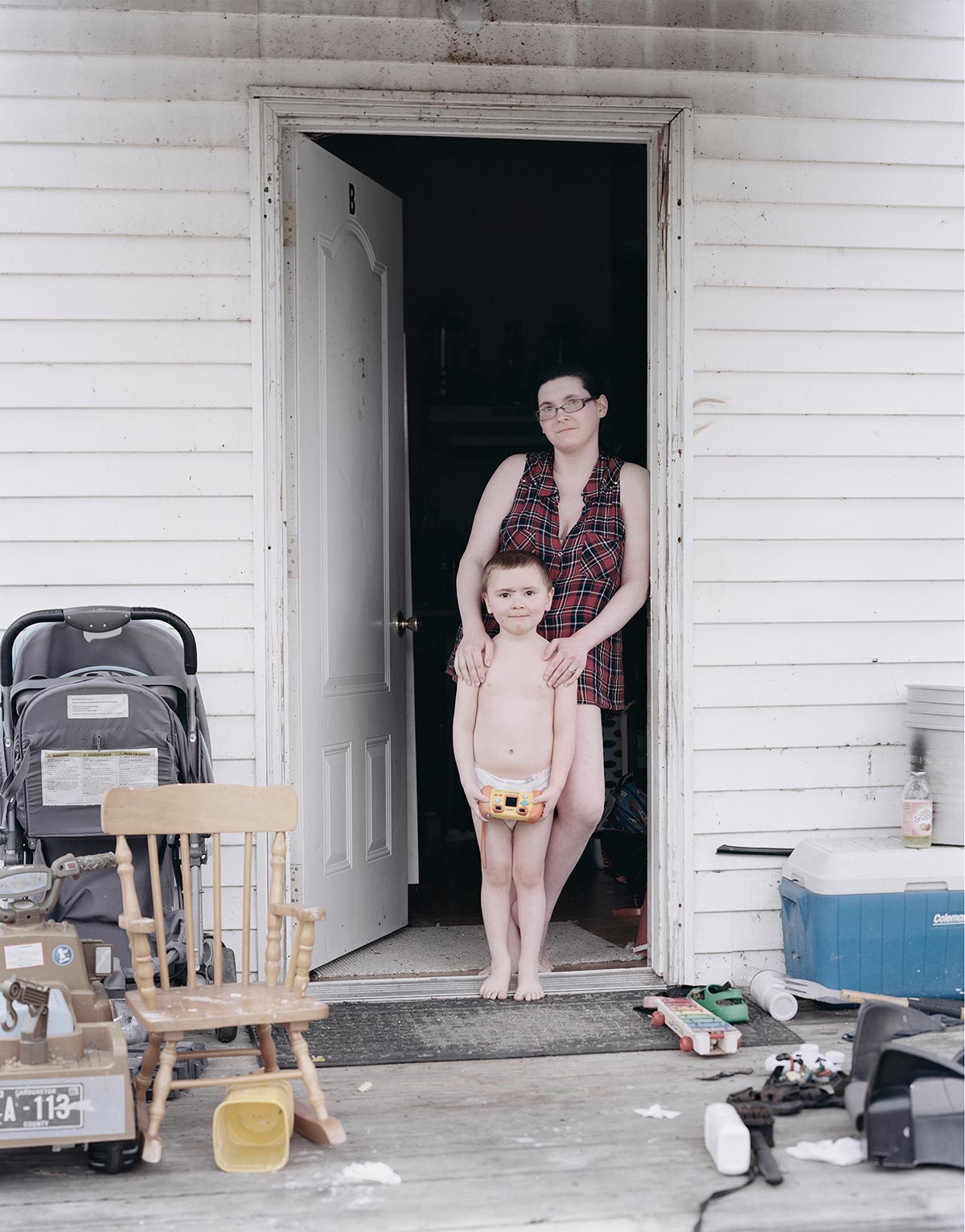 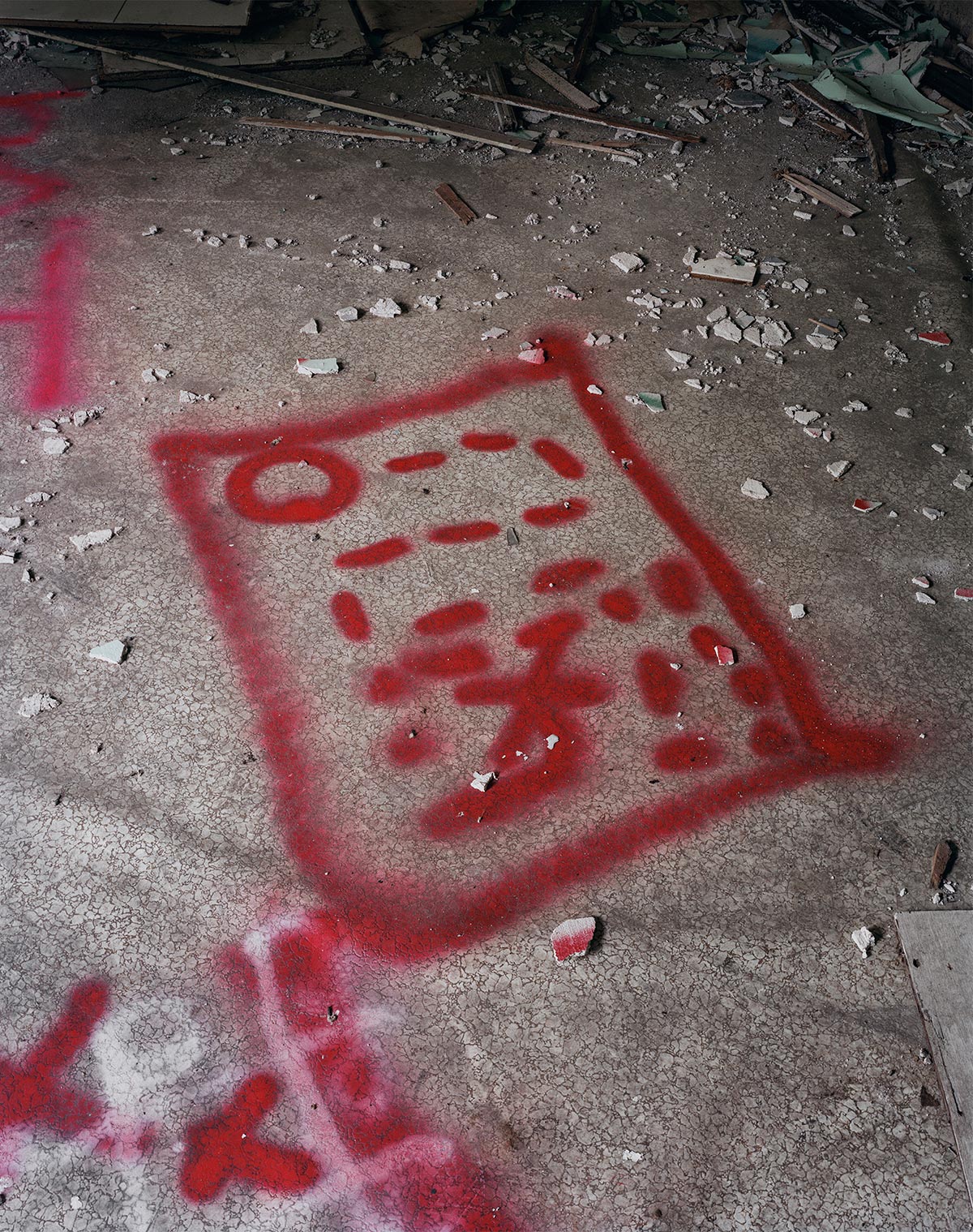 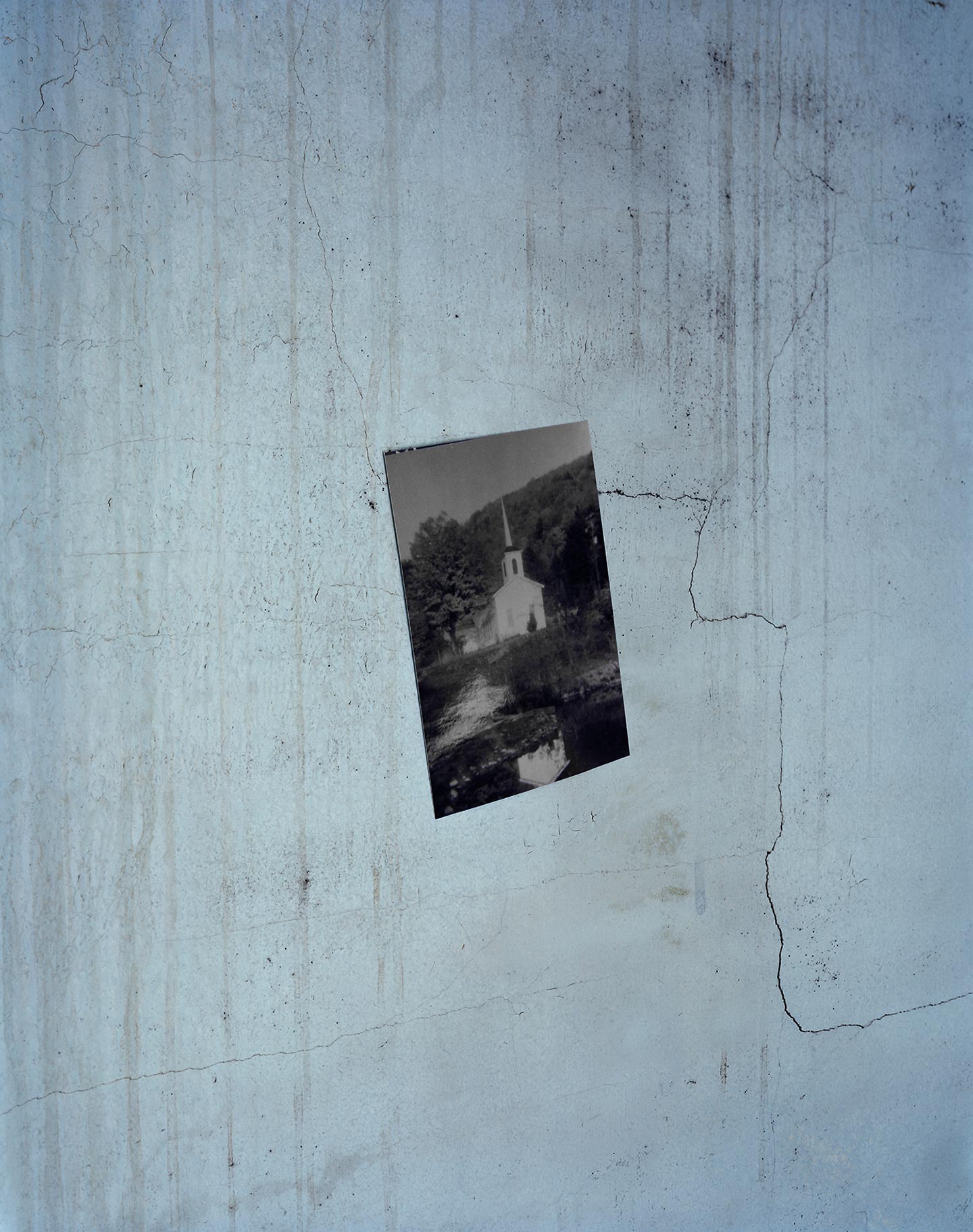 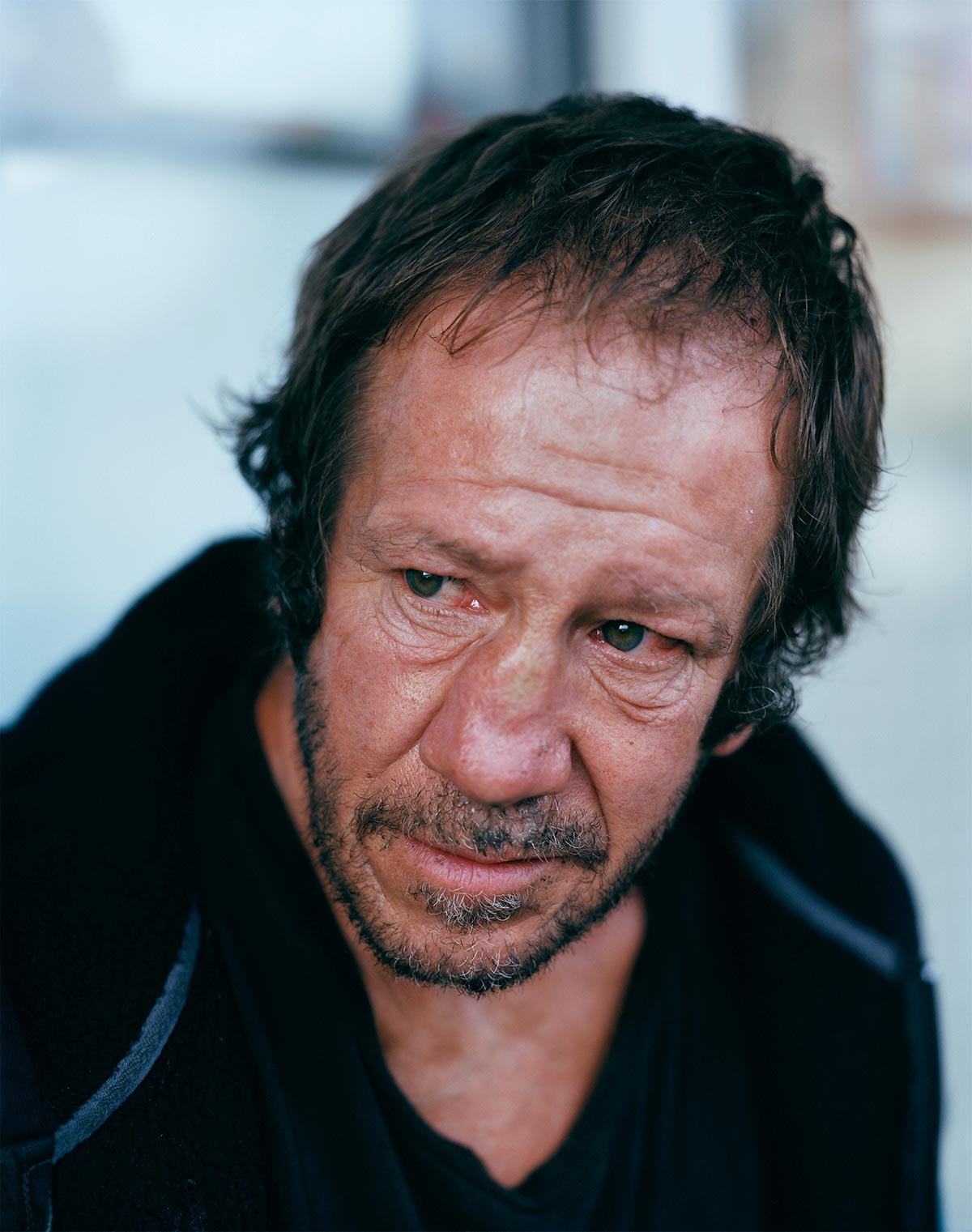 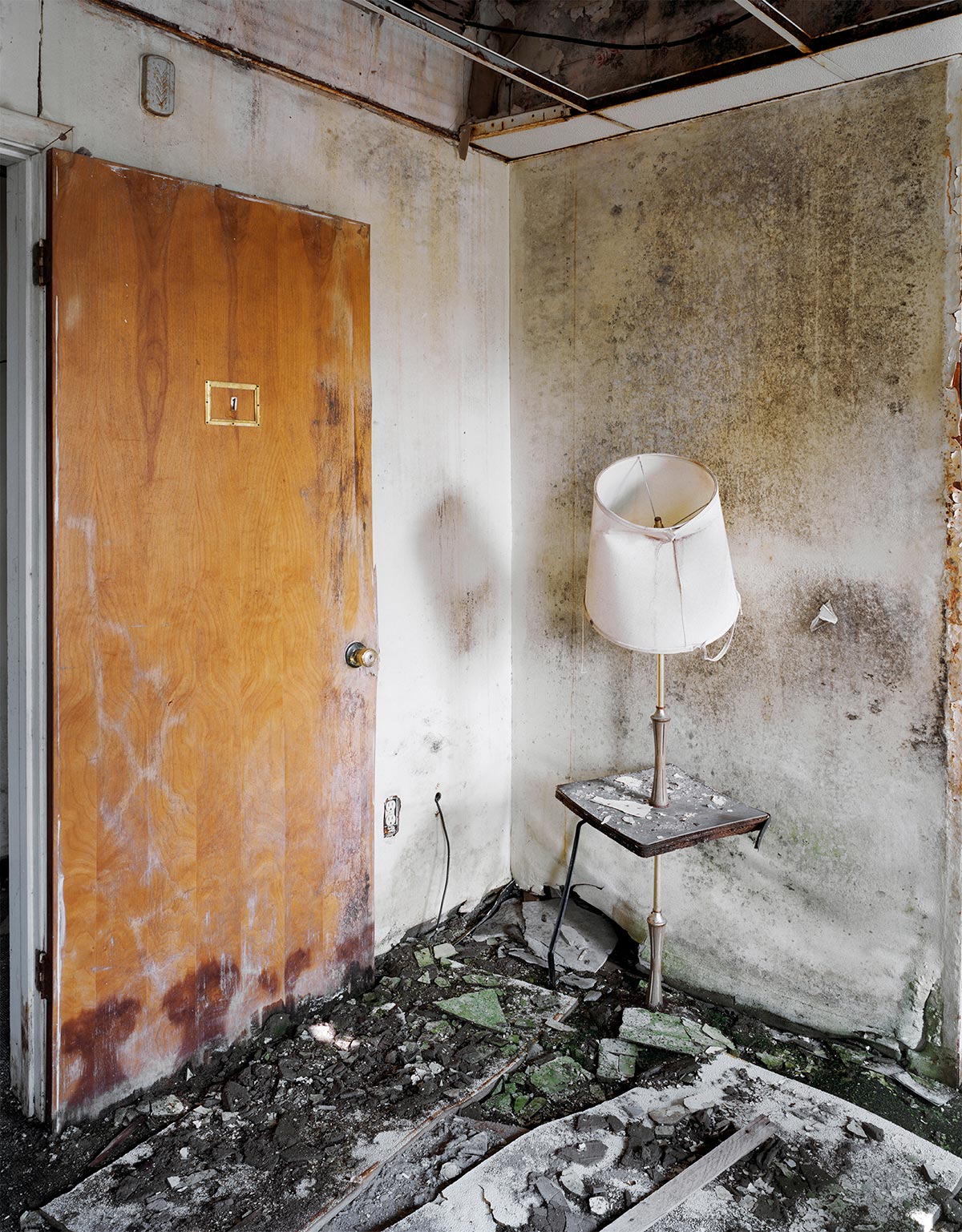 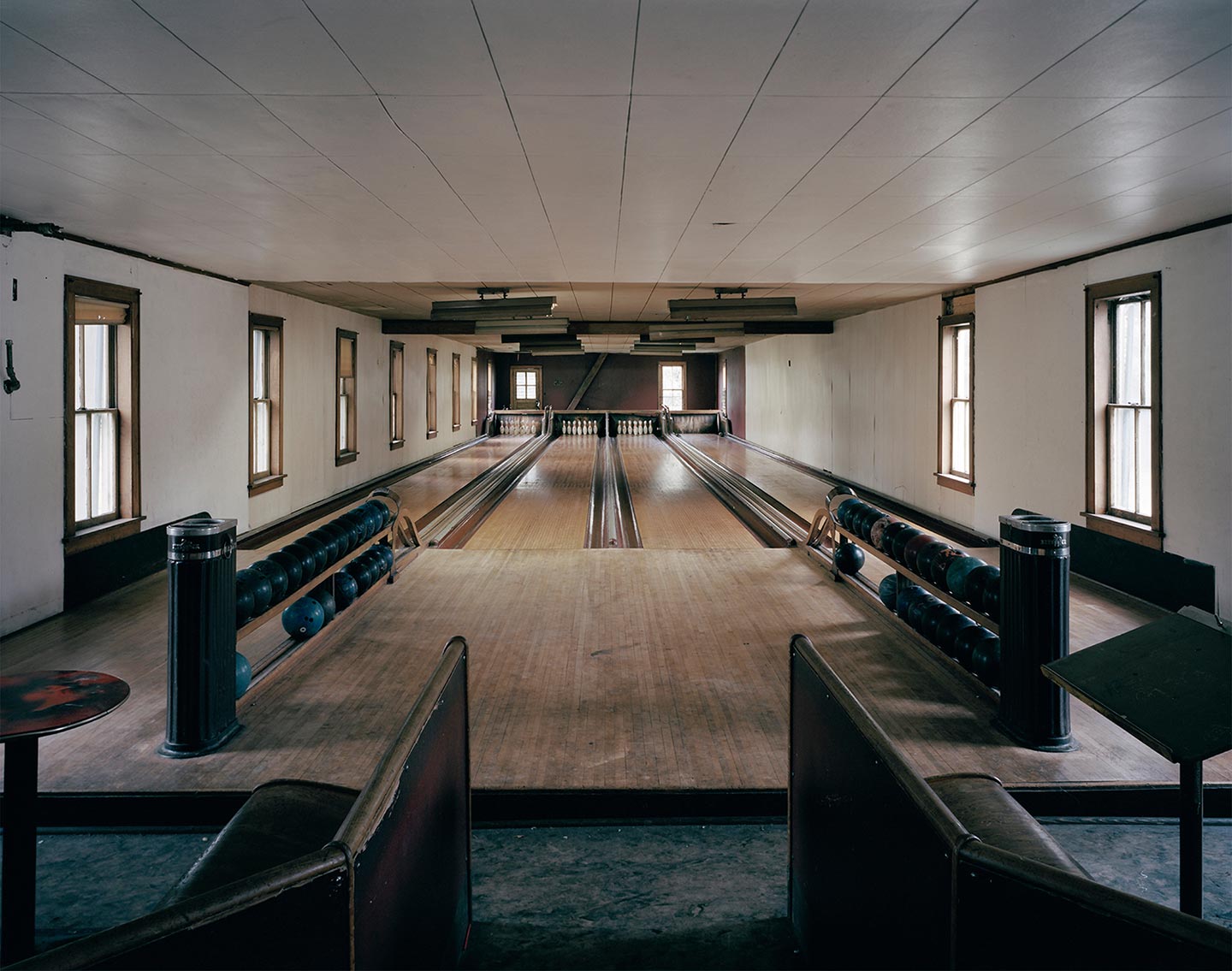 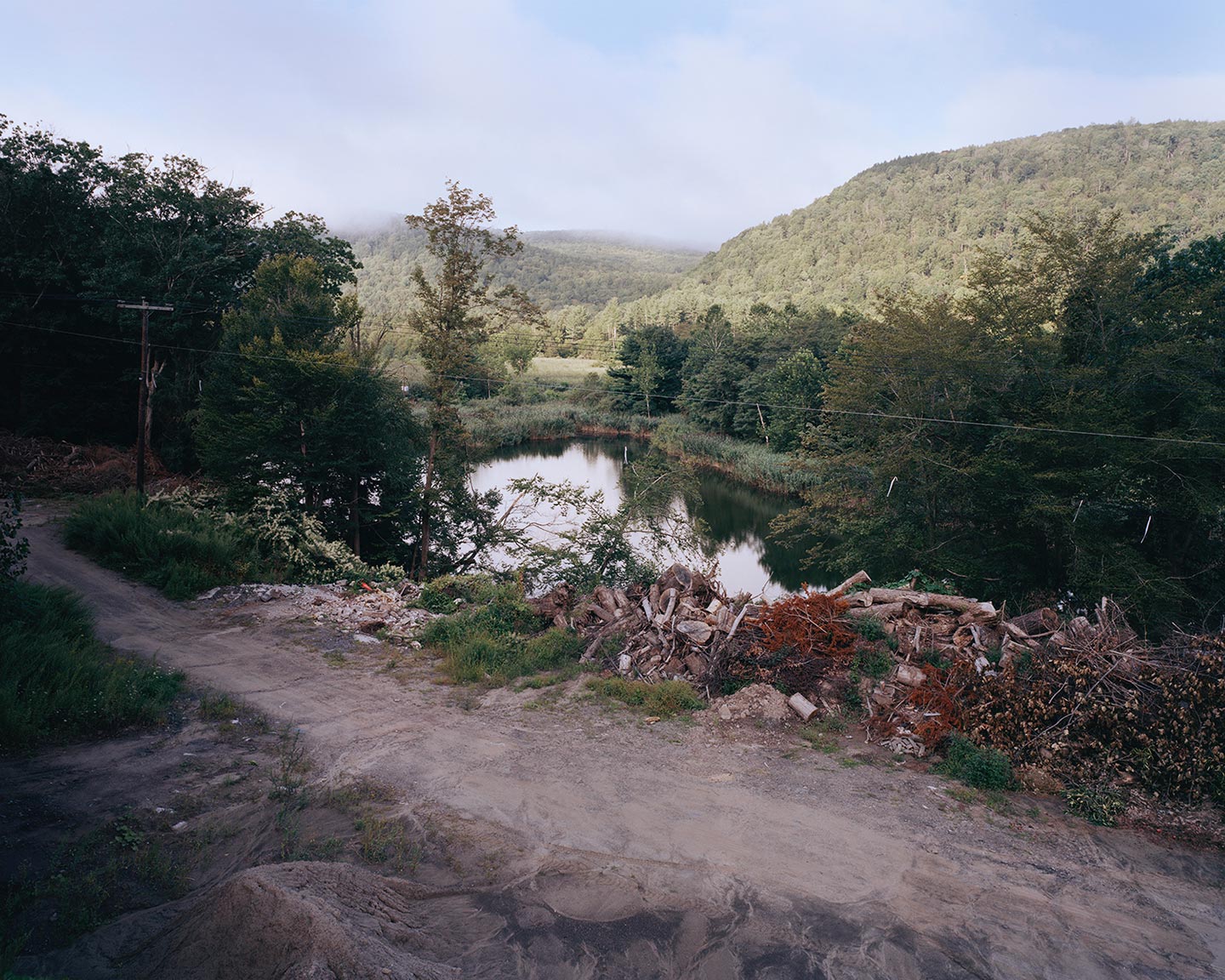 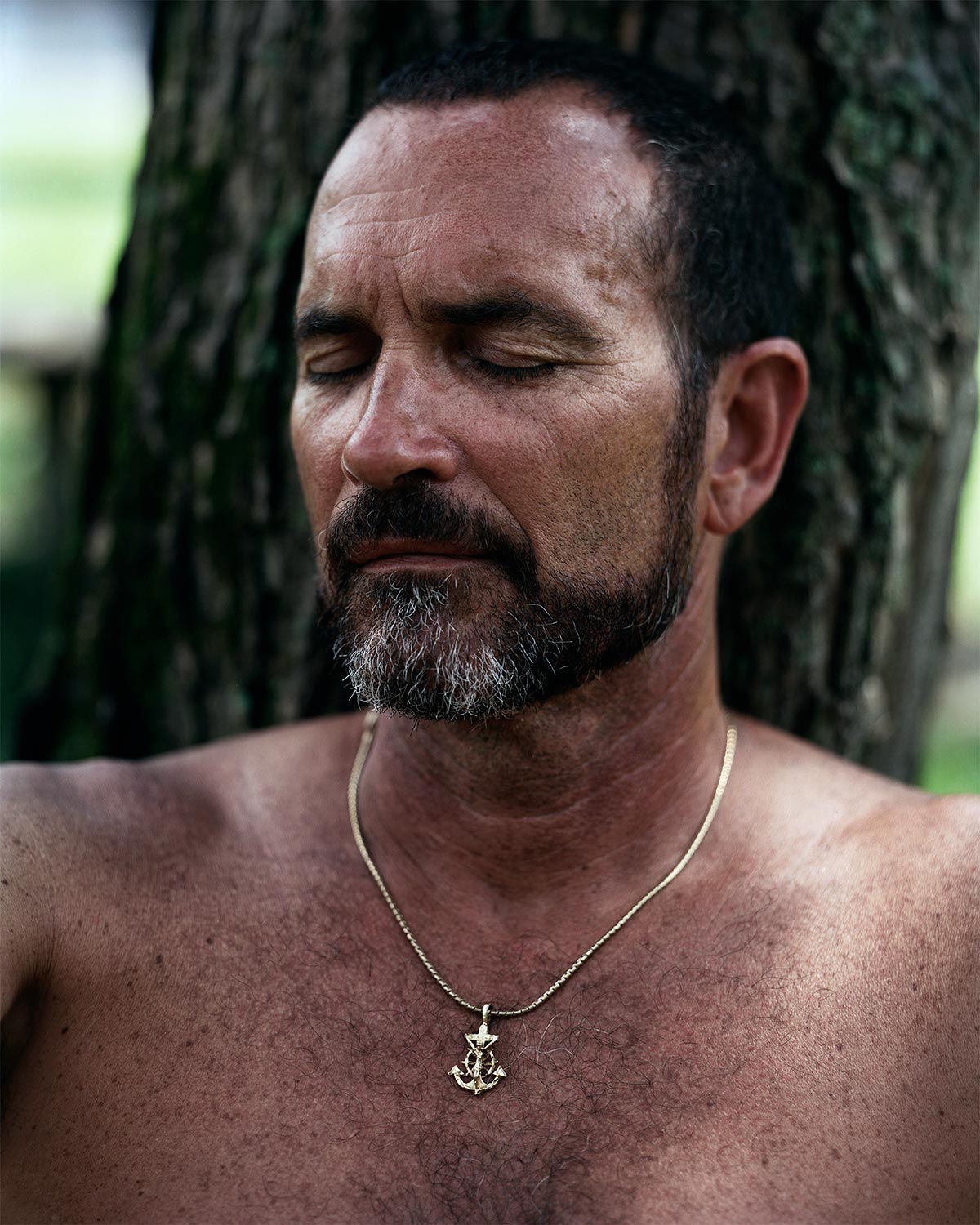 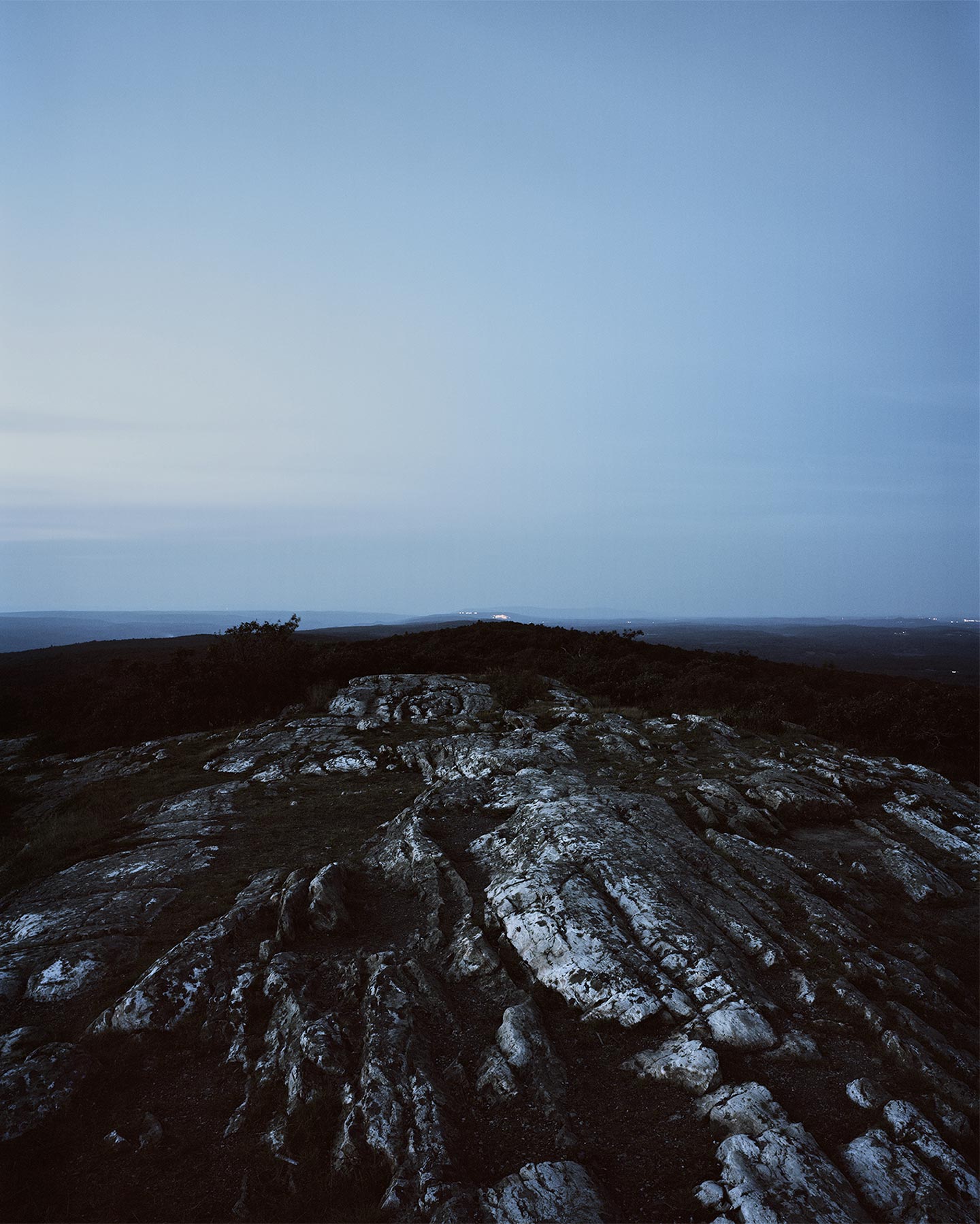 Men of Men by 27 year-old American photographer Tyler Roste is a subjective reportage that mixes staged portraits, landscape photographs and photos of interiors. In Tyler’s words, “Men of Men is about man’s corrosive connection to the past; how we are tied to the history of the land and intertwined with it; how we continue to struggle in the same lands, on the same ground as those who came before us. We come up from the mud of the land and drag the sins of the past out with us. The small Northern Delaware River communities where these photographs were made are some of the oldest in the United States. However, due to economic and industrial change, the region’s population has been in decline for many years. As in much of rural America, industrial work has been disappearing and jobs have become scarcer. There is richness to the culture that presides here, a trueness to them, something deeply rooted in the souls of the past. A thread tied to the ghost of an older America.

Centuries ago, the Lenni-Lenape tribes (Delaware Indians) had a vast and thriving empire in the regions along the river, but were forced out due to European settlers and western expansion. I find a great irony in this: we are now the ones that have begun to fade from the land, not because of conquest, but because of economic and cultural change. There is a violent cyclical nature to our history—how can we learn from our missteps? With the river as my guide I used the landscape as a backdrop to try and find out what was happening in the rural American towns along the river.”

The main inspiration for Men of Men was Tyler’s fascination with the United States’ small towns: “Small town America is like nothing else in the world. It’s as if over night we built industries that spawned towns, commerce, and economic dominance, opening up the landscape. Then, less than a century later, these places lay in heaps of rust and torn earth. There is something poetic in it, like a great failed utopia. What I am saying is that I have always been very deeply intrigued by the history and character of the people and places that populate the rural regions of the U.S.

After moving to New York City, I began taking road trips with my girlfriend, exploring the Catskills in the north and going often to visit her father in Philadelphia. I began exploring for myself the boundary between New Jersey and Pennsylvania, following the river North into New York State. I became enamored by the very “American-ness” of the small towns nestled on the Delaware River. Being from the Midwest, I found the ancient nature of these old Eastern towns exotic and unknown, but still familiar. My goal was to make work about these old towns back East in the same way people had been photographing the American West for years. I wanted to show the American landscape and its poetic decline through the lens of one of the oldest regions I had ever explored. I began to dig deeper and the project sort of evolved into what it is now.”

About using multiple genres for the project, Tyler says that “my intention is to create a portrait of a place. I feel as though gathering many different pieces of evidence is the best way to tell a story. The ominous and vast landscape, the eyes of the inhabitants that see the land, those inhabitants influence on the region, an old picture or hand-written note: it all becomes a piece of the narrative. It shows the connectedness of the landscape with man, something that deeply intrigues me.”

Most of the portraits that belong to Men of Men were shot from pretty close to the subjects’ faces: “The similarity between the landscape and the features of the human face is something that has always intrigued me. The wrinkles of the face are flowing streams, while a pair of deep blue eyes might be the evening sky. I am obsessed with our relationship to nature, so to me highlighting these organic features is important.” Tyler shot the portraits with a large format camera: “One of my favorite reasons for using a large format camera has always been the need to make yourself known when photographing. To make a portrait means to actually converse and have a connection with the subject. It can take up to half an hour or longer to take someone’s picture. In this time, you have the opportunity to get to know them. Sometimes, I can learn information that will take me down a different path, or lead to a different encounter. I cherish these interactions. In some ways, they feed my soul and give me the ammunition I need to carry on. In such a divided time in our country, it is therapeutic for me to have positive interactions with strangers I would have potentially dismissed.”

Men of Men, the project’s title, is the translation of the name of the native Lenni-Lenape tribes that lived along the Delaware River before the European settlers came along: “I felt that this title was perfect in my attempt to tie the history of the landscape into the modern struggles of the people dwelling there today.” Among the references Tyler had in mind while working on Men of Men were the works of two seminal American authors: William Faulkner and Cormac McCarthy. “Their bleak outlook companied with a subliminal realness of the world is something that I look to replicate in my photography. McCarthy’s book Suttree was immensely influential on this project. I attempt to use the grotesque and visceral descriptions of Suttree’s experience on the river to influence what I look for in the real world. The landscapes should represent McCarthy’s divine descriptions of his characters world, the portraits representing characters Suttree interacts with along the river. There was a passage from Faulkner’s As I Lay Dying that I used as a sort of reference point for the project. It invokes in me strong feelings about the ideas surrounding the work: “Life was created in the valleys. It blew up onto the hills on the old terrors, the old lusts, the old despairs. That’s why you must walk up the hills so you can ride down.”

Besides Faulkner and McCarthy, “I also read a lot of Sam Shepard (Cruising Paradise is probably my favorite book of all time), Kurt Vonnegut, Don DeLillo and Emerson. The vignettes I obtain from good writing are really the driving force in many of my ideals about the human condition. I often use this emotional response as a tool to decide what to photograph.” Painting is another major source of inspiration for Tyler: “Andrew Wyeth’s paintings have a large influence on my work, as well as much of the American Realist painters of the late 19th and 20th century. Wyeth’s Sea Dog is probably my favorite portrait of all time, I think it’s what I look to emulate when photographing a person. The sublime landscapes of the Hudson River School painters like Thomas Moran and Thomas Cole also play a big role in influencing my work.”

“Photography is the ultimate poetic representation of the world” Tyler says. “There is a mysterious, sometimes dark understanding of people, places and things that I can try to share with you through a picture. I aim to make photographs about the tenderness of the human presence, the real struggle of the human heart, I want to see the soul in a person’s eyes, I want to feel the sublime reality of our heavy world under a microscope, frozen in time. That is the density I look for in an image. Feeling this way often leads me to people and places of struggle, I am not interested in the glitz and glamour of high rises and condos. To me this is a façade. There is beauty in the bleakness of the human condition.”

Some of Tyler’s favorite contemporary photographers are Bryan Schutmaat, Curran Hatleberg and Matthew Genitempo. The last photobook he bought was Margins of Excess by Max Pinckers (“An absolutely mind blowing book; definitely will be one of the best of 2018“).