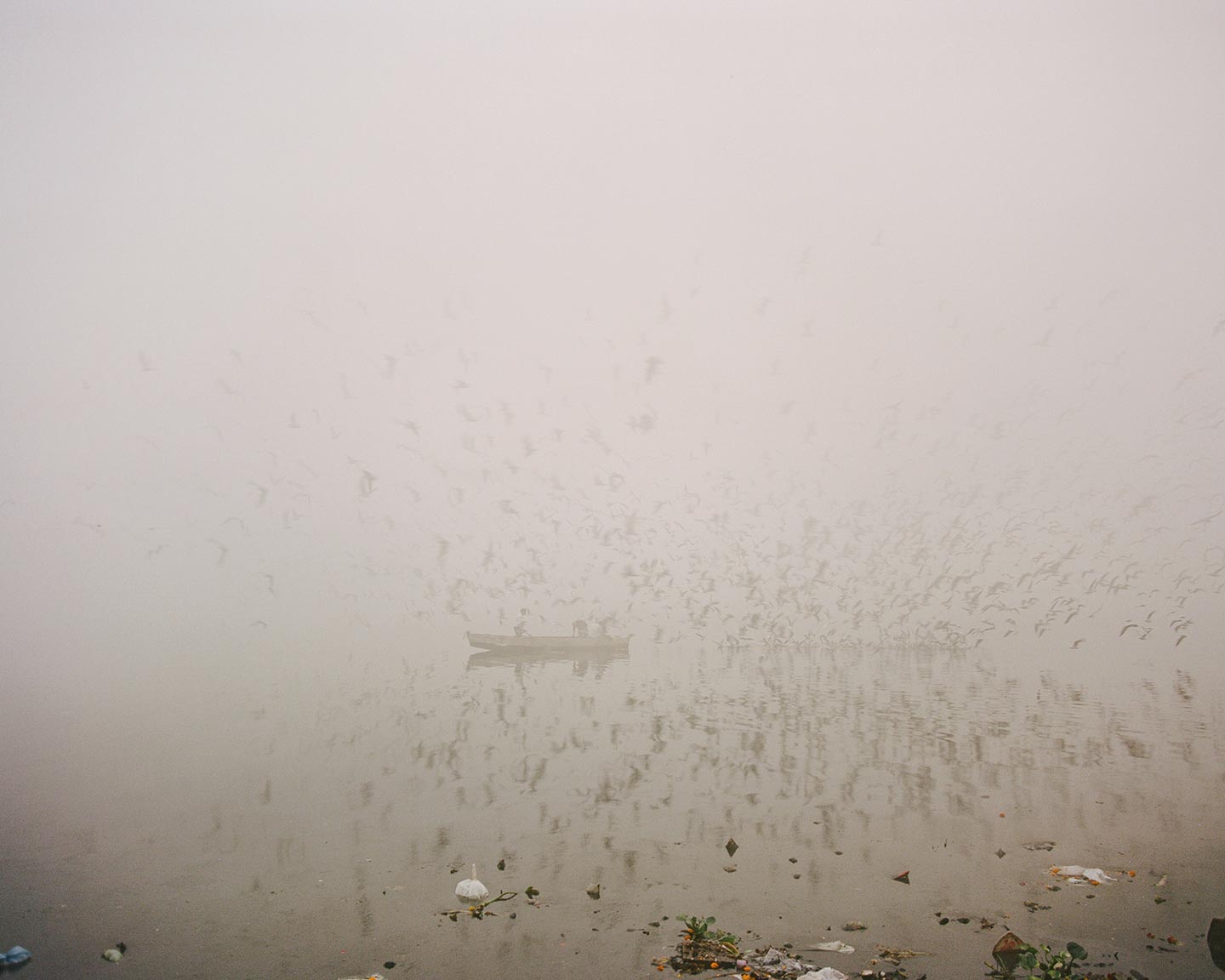 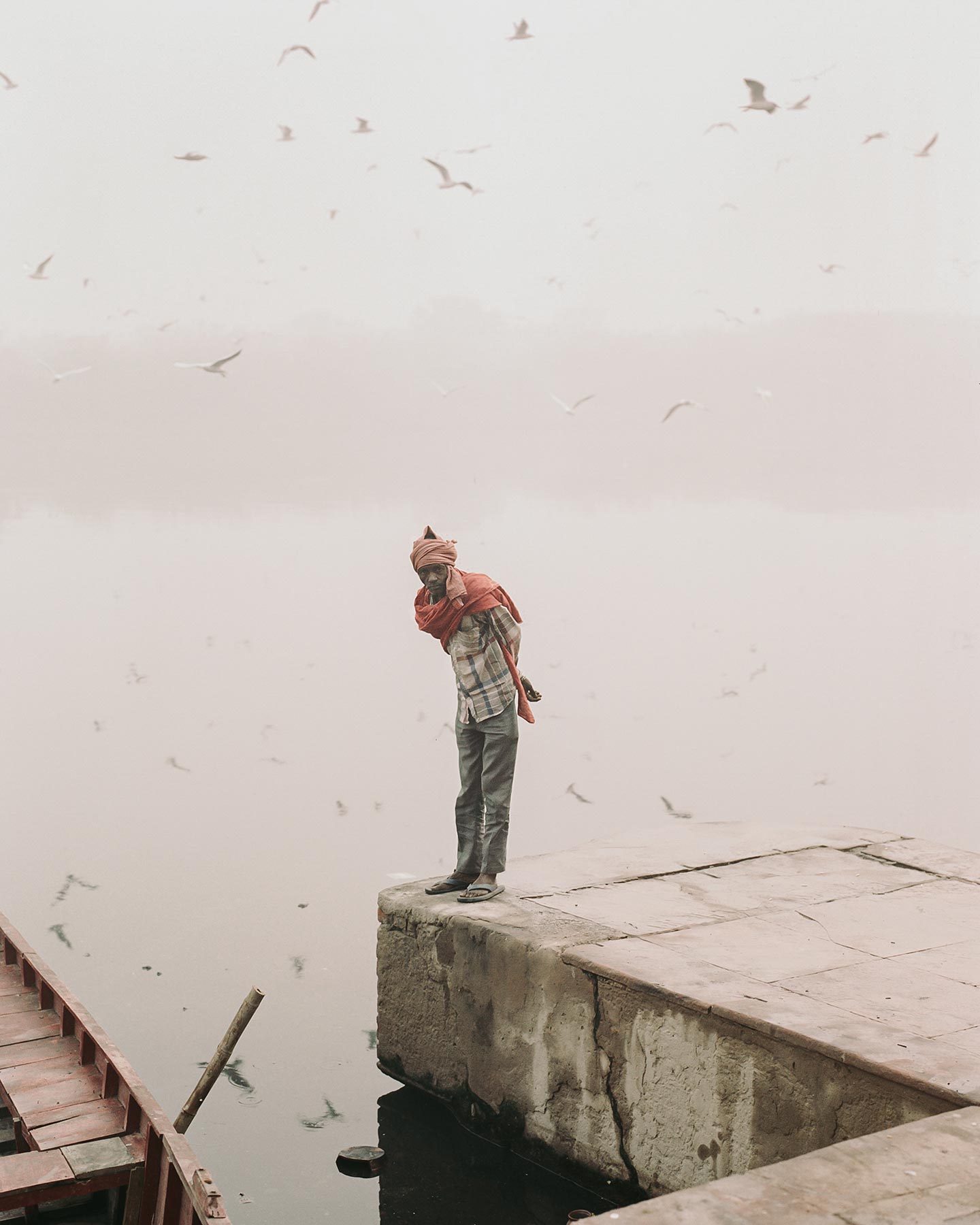 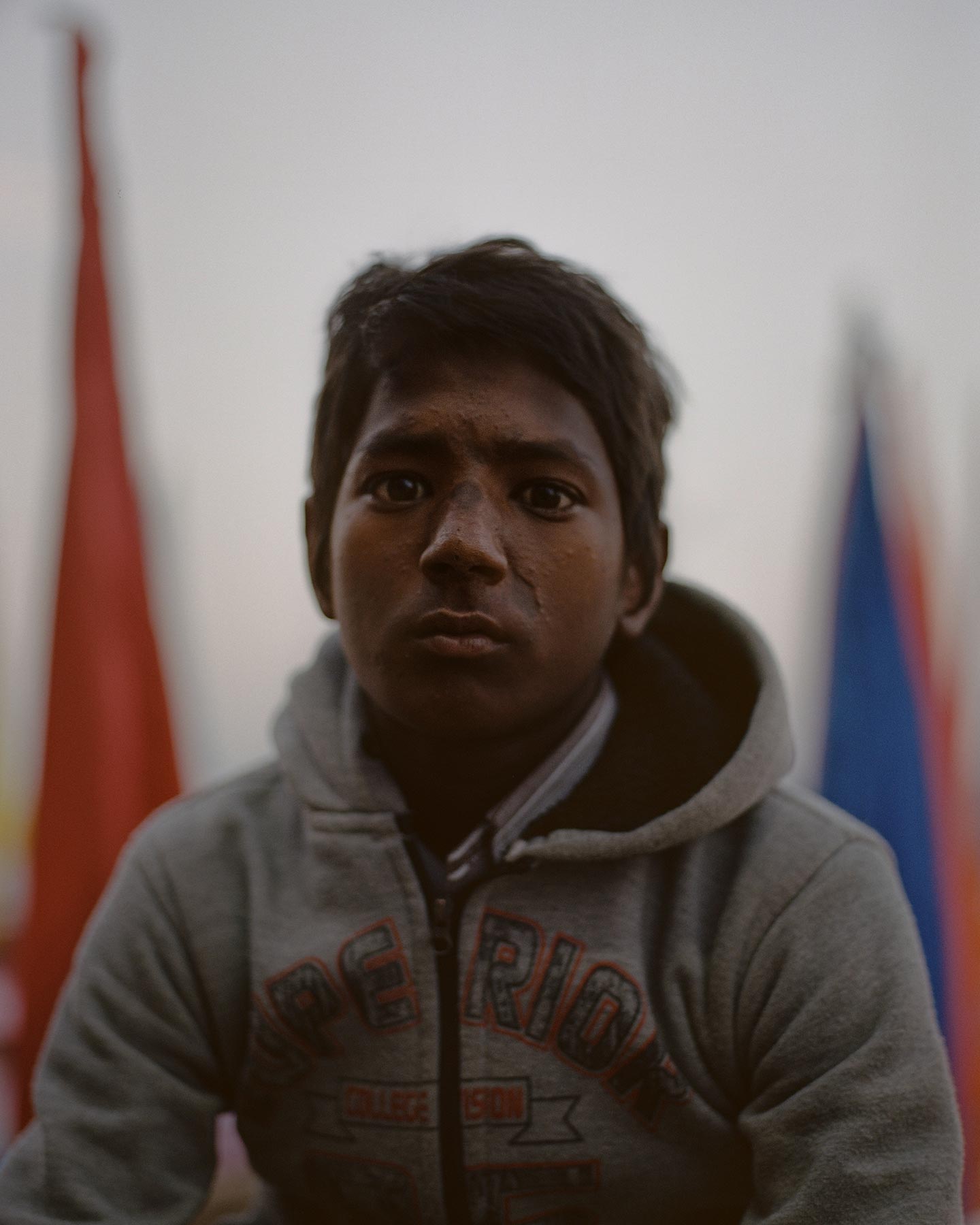 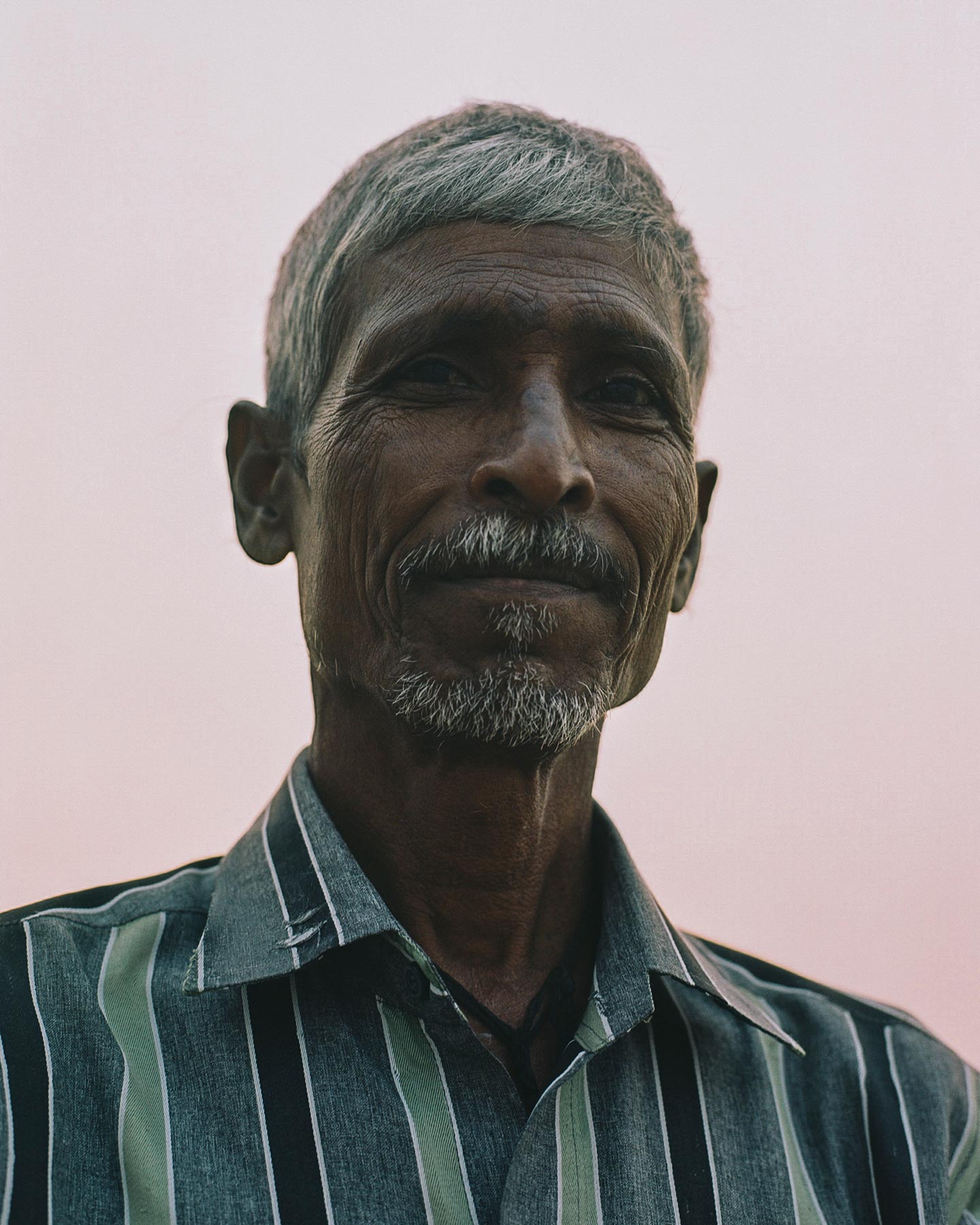 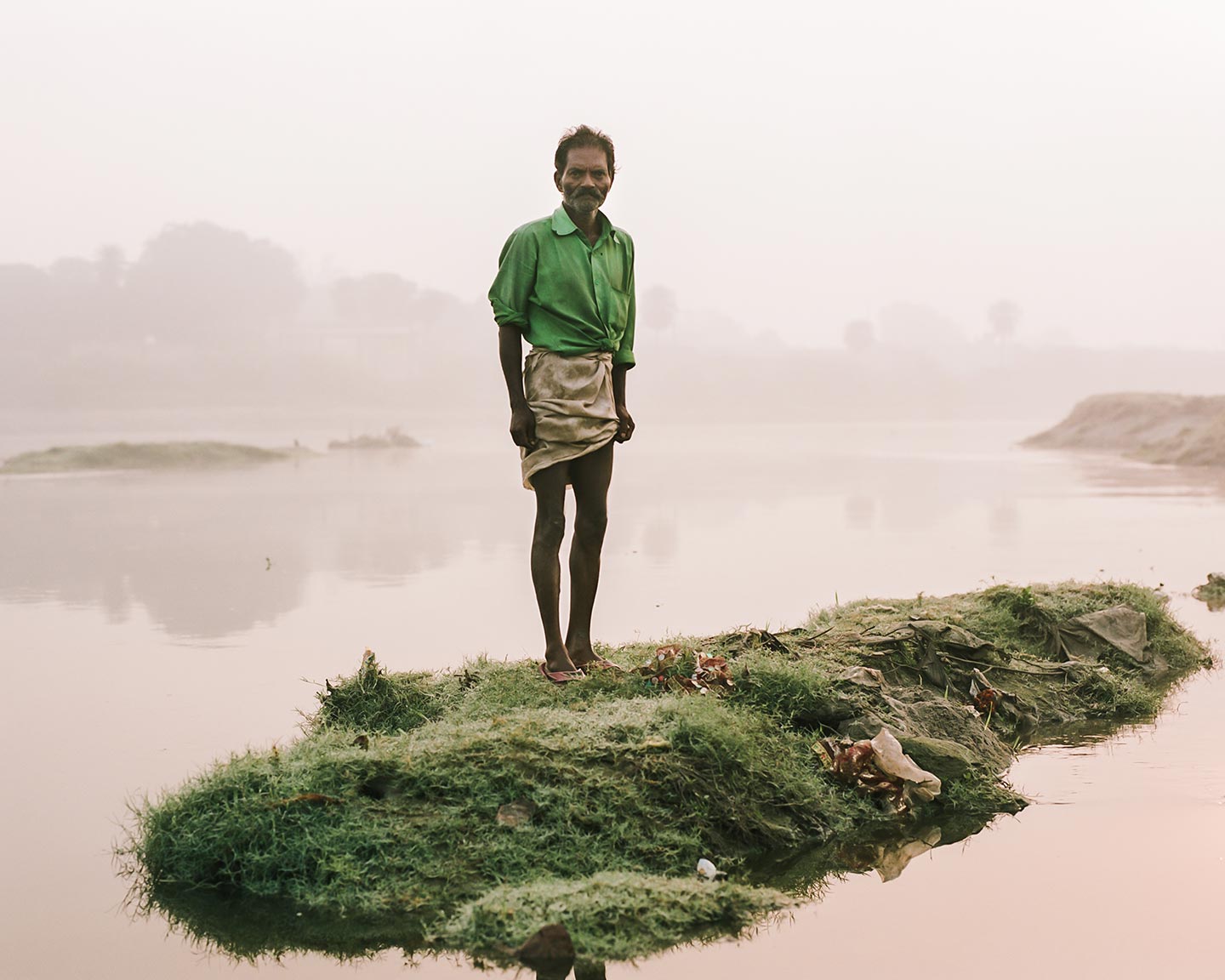 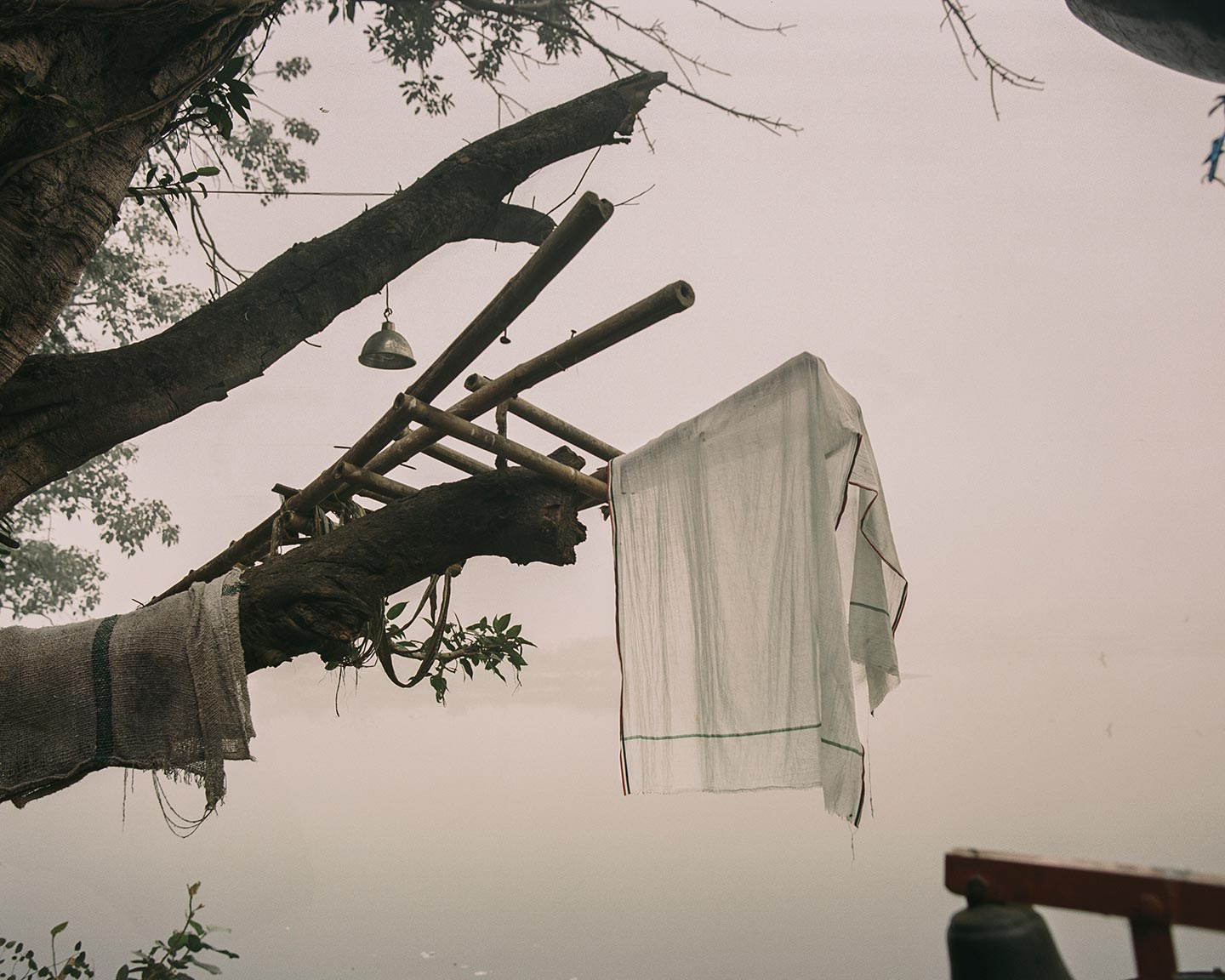 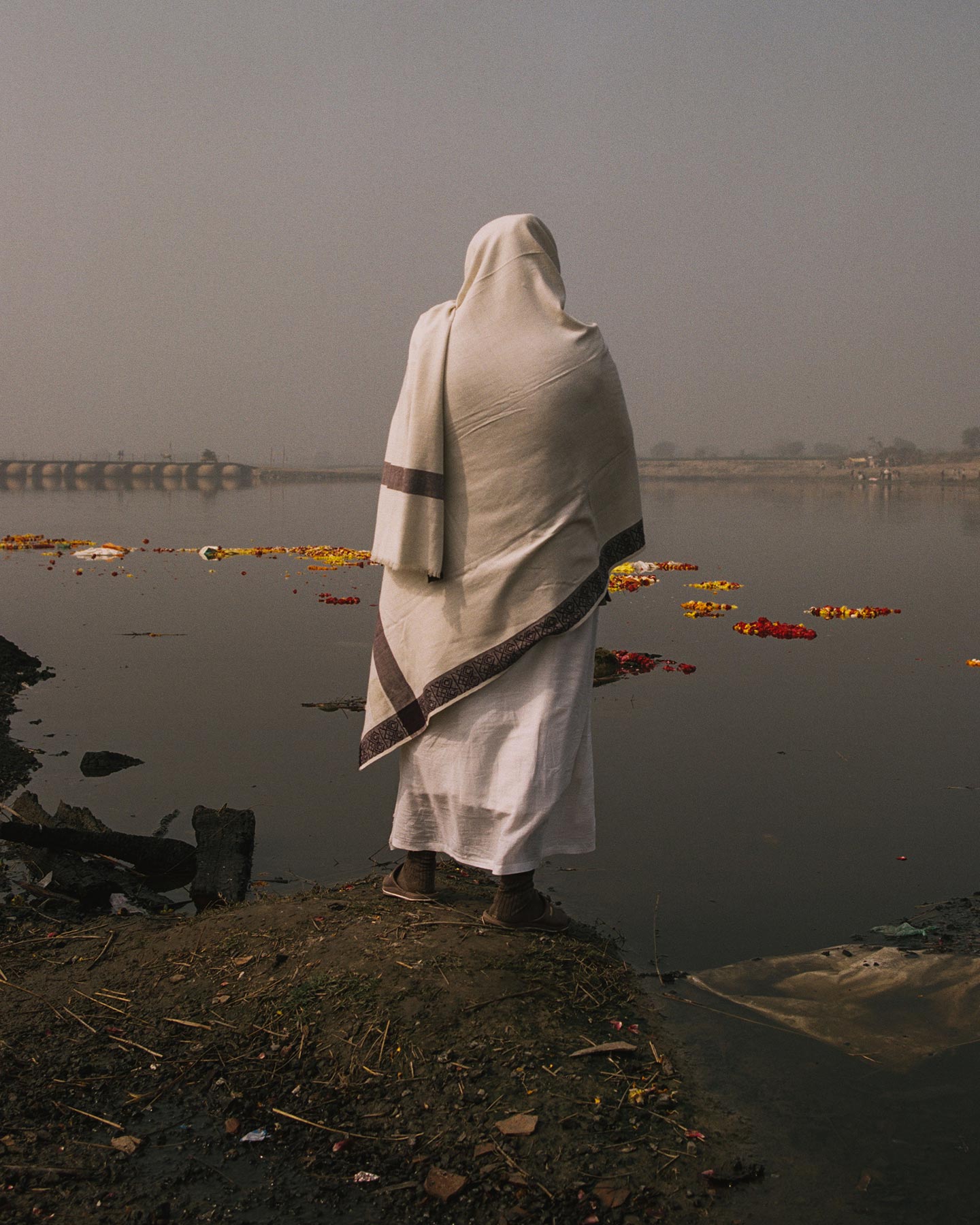 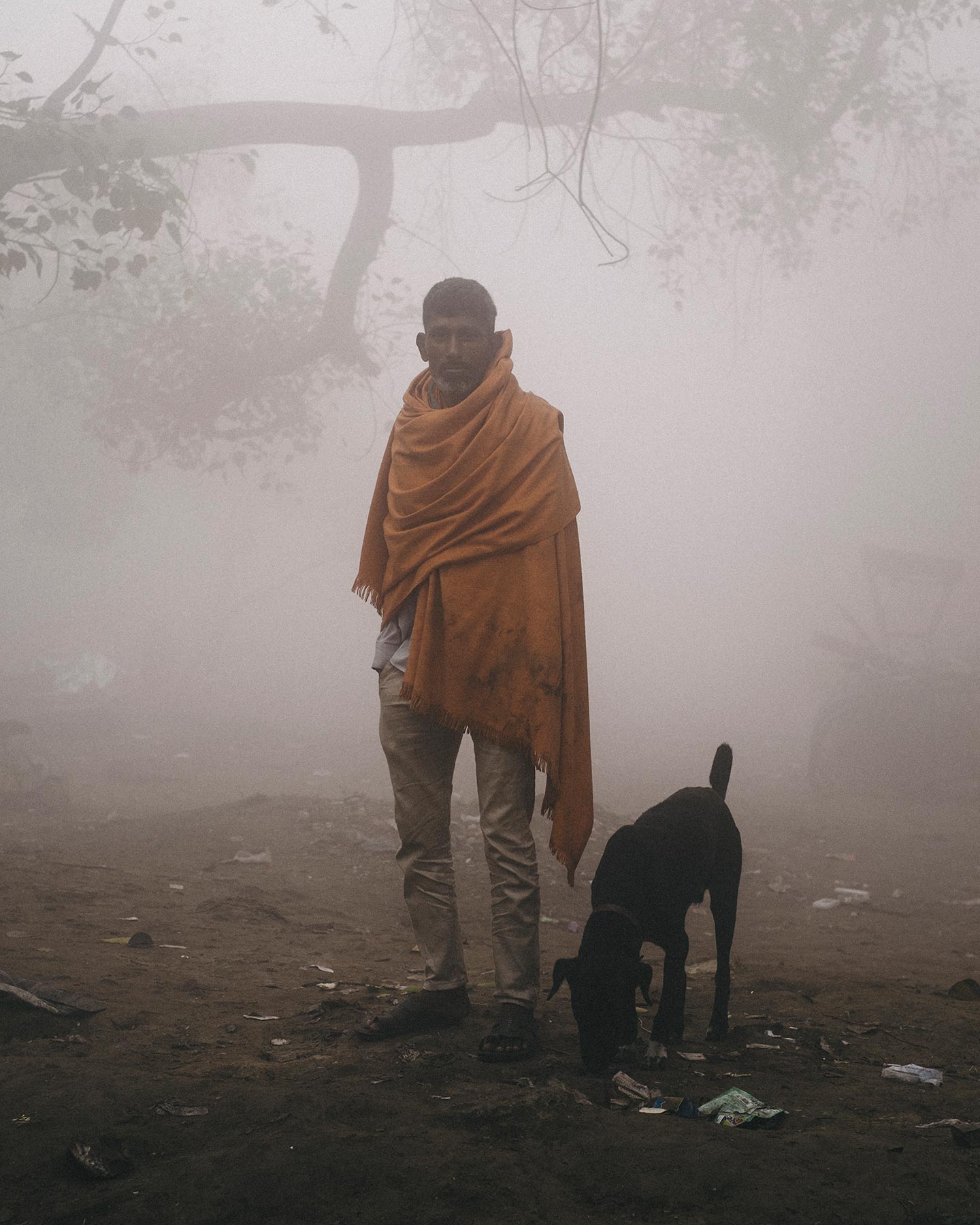 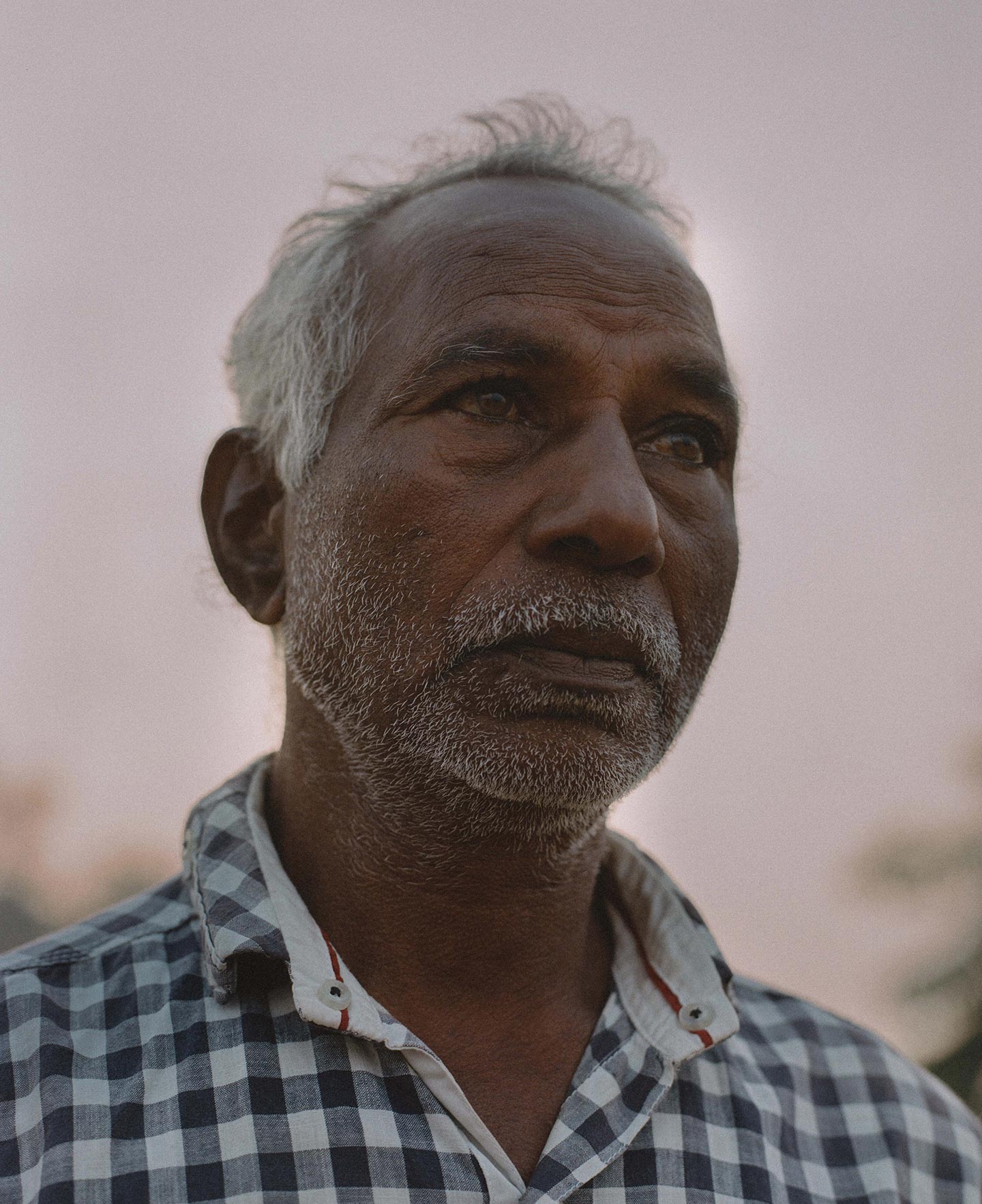 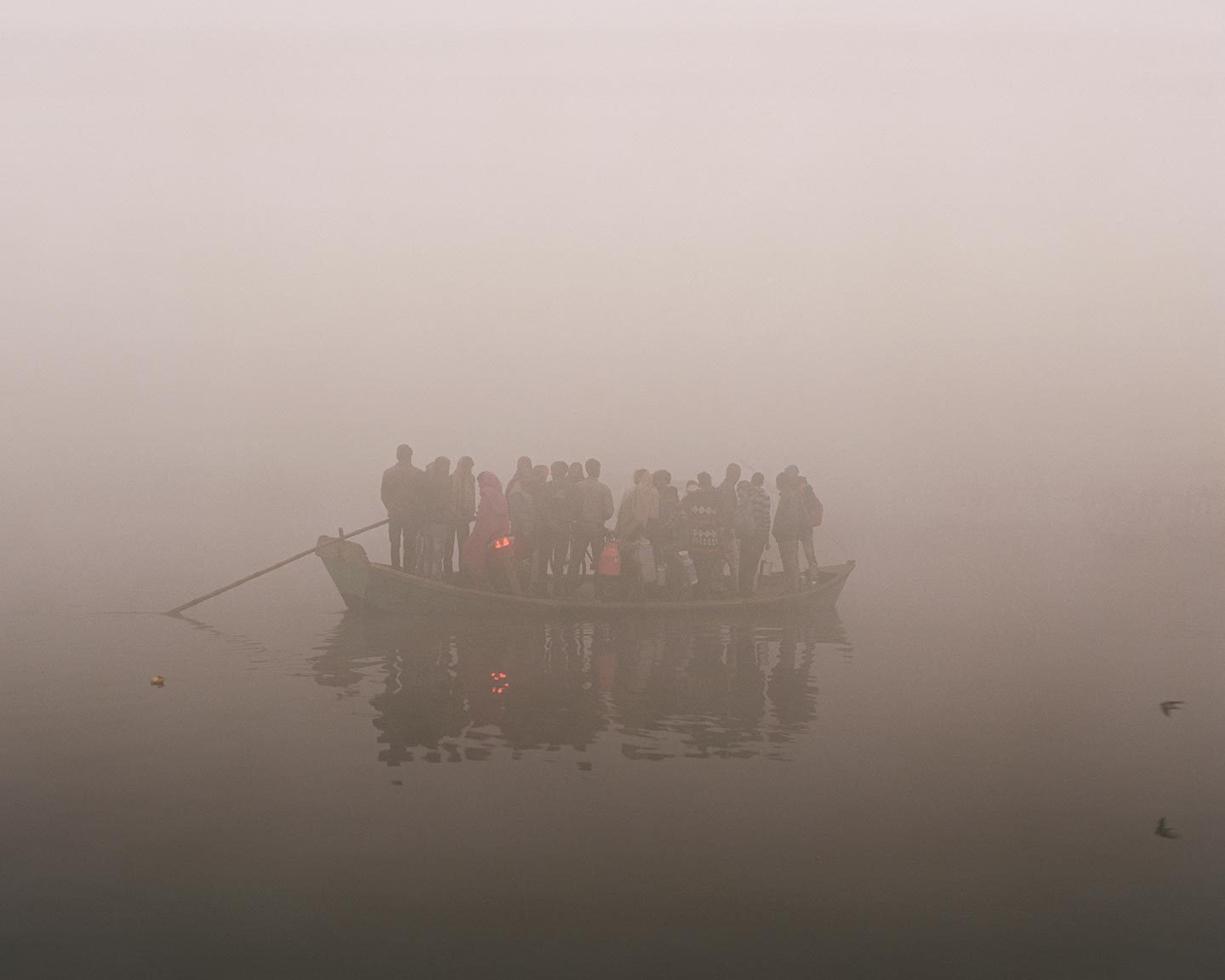 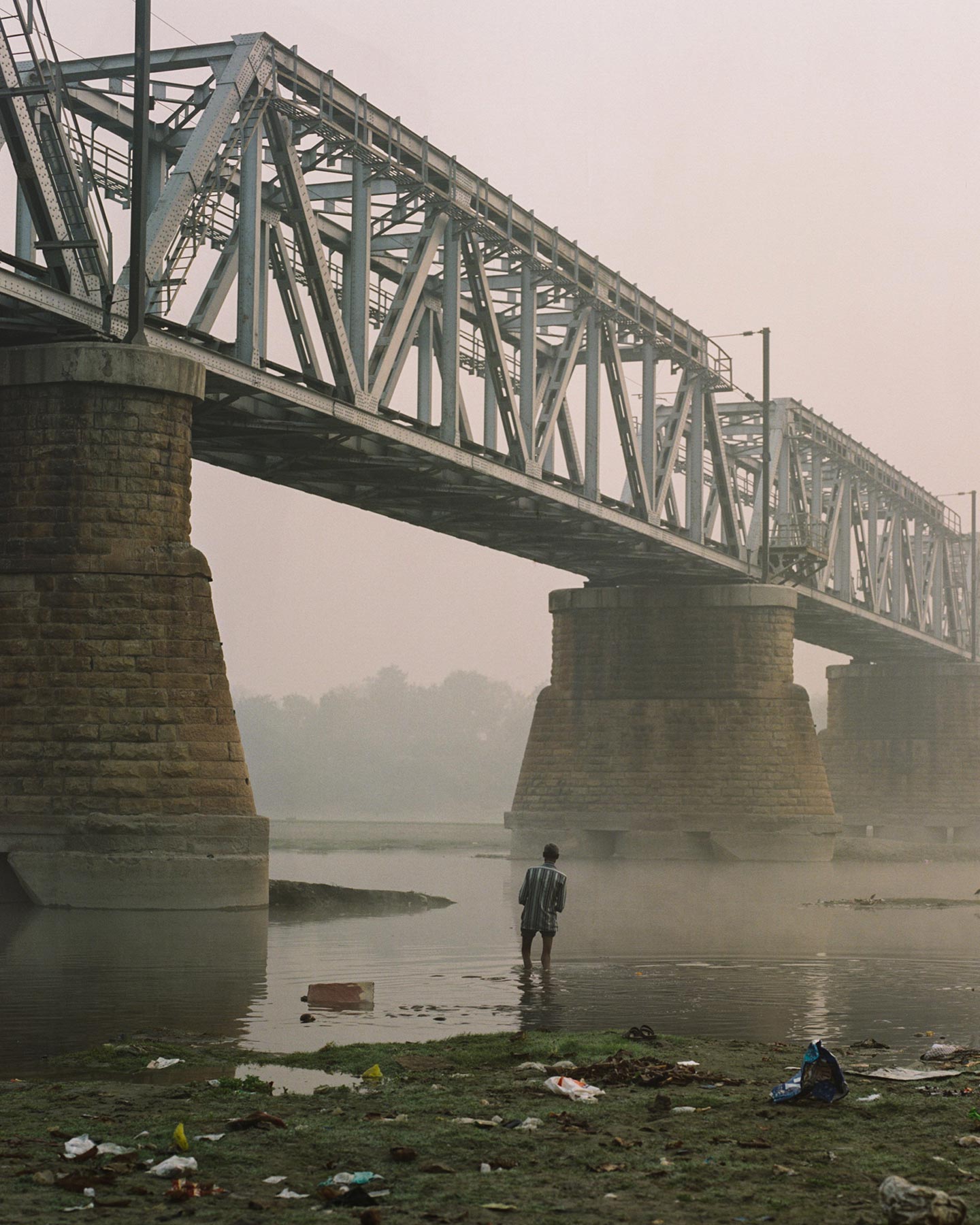 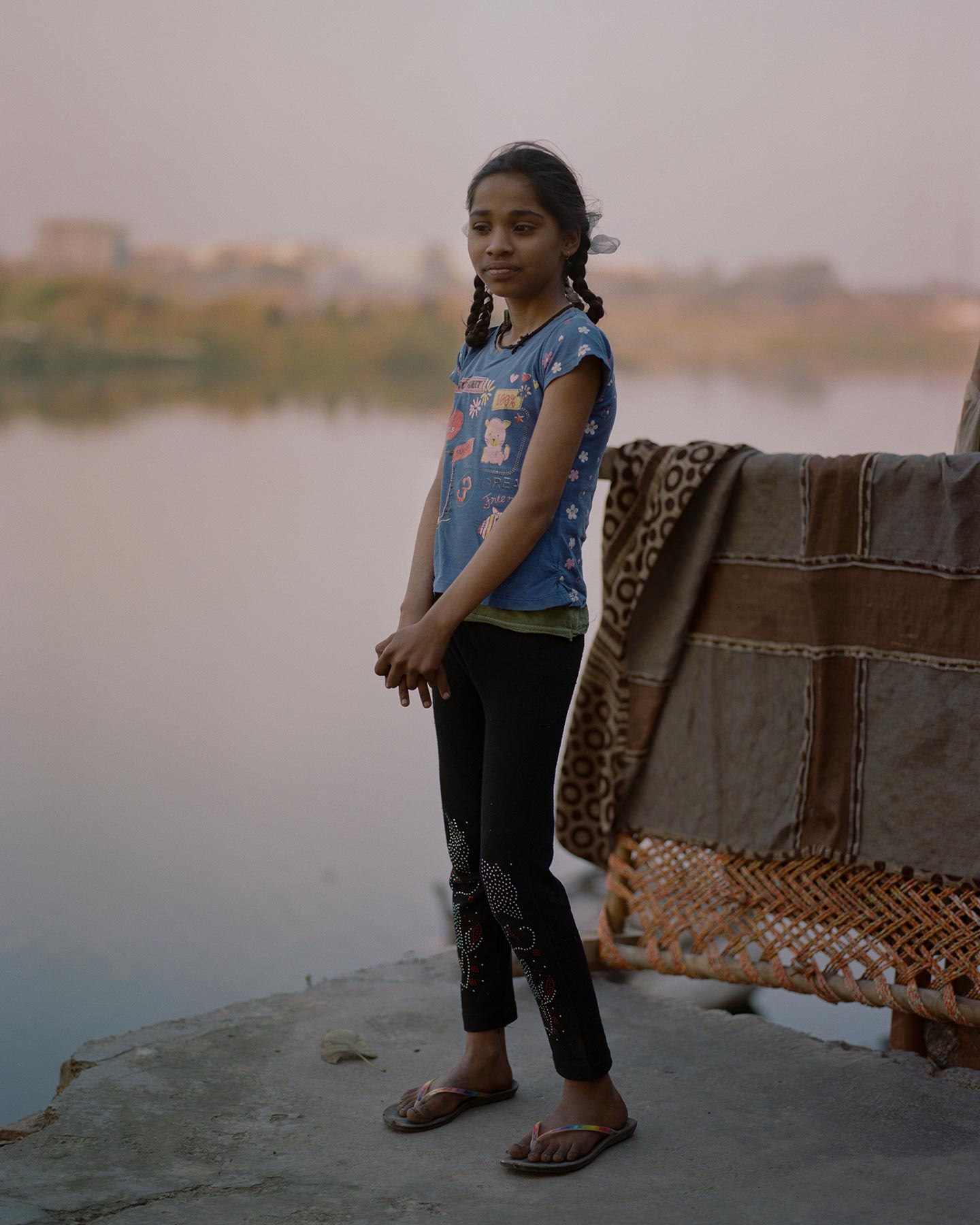 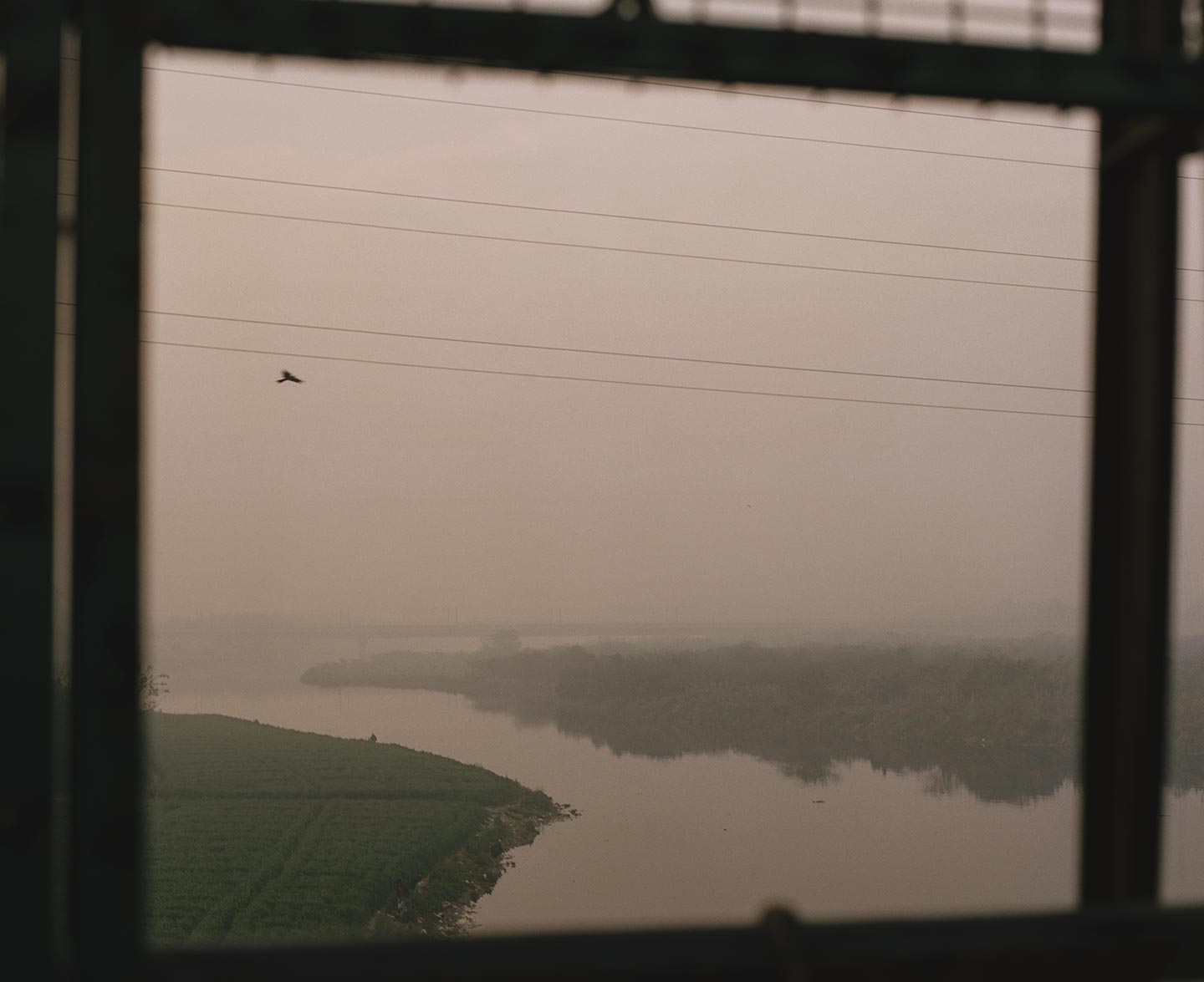 Yamuna Drank Our Sins and Turned Black by 30 year-old Indian photographer Kushal Gupta is a long-term project shot along India‘s Yamuna river. In Kushal’s words, the work focuses on “what is left behind by a society blindly determined on propelling itself into the modern age, regardless of the costs of this process. In the particular case of my series, I observe the cost paid by those who live on the banks of the Yamuna river.”

“The Yamuna is considered to be a living deity by many Indians and has been a source of inspiration, hope, and life for generations. She emerges from the Himalayan valleys and flows with vigor and might right up to India’s capital, New Delhi. At this point, the water from the Yamuna has been diverted to meet the ever-growing demands of New Delhi and its 18 million residents. Draining the water of all its good, Delhi spits it back out as waste. This black liquid, infused with the greed of the city, flows back into Yamuna’s veins like poison, leading it towards a slow death. However, as the Yamuna suffers, the faith of her devotees remains almost unshaken. These people are not the ones who poison the river, but they are themselves a by-product of an advancing society, powerless in controlling the fate of the Yamuna. My project is an ode to these devotees and their beloved river, as they helplessly observe each other through these sorrowful times.”

Kushal was inspired to create this series of photographs by a morning encounter with a fisherman: “It had been five long years since the last time I had visited India and my hometown of Agra. Having heard so much in the media about the degrading condition of the Yamuna, I decided, one early morning, to take a closer look for myself. I fully expected to see a river in decay; what I did not expect to see was people standing by its banks, bathing, praying, fishing, washing and generally engaging with the river as if it were still pure. While I observed the morning sun break over the Yamuna, I was approached by a fisherman, who offered to ferry me across to the opposite bank. As we floated through the black liquid, we talked and at some point, I asked him what he thought had led to the current state of the river. He replied: “Yamuna hamara paap pee ke kali ho gayi”, which directly translates to “Yamuna drank our sins and turned black”. At that time I placed no great importance on his response and continued with my day, approaching and talking to people along the river. However, the sentiments of his words seemed to resonate stronger at every new interaction I had. They inspired me to explore the daily life of the devotees along the dying sections of the Yamuna, and to search for the true meaning behind the statement “Yamuna drank our sins and turned black.”

All the photographs of Yamuna Drank Our Sins and Turned Black were taken during the early hours of the morning, moments before and after the rise of the sun: “This short period of time had a surreal quality to it—the night mist would still be heavy, mimicking the murkiness of the river below. Moreover, only the truly devoted few would be up and wandering along the Yamuna’s banks at that time of the day. These were brief moments of calm, where I could approach the devotees and talk peacefully, surrounded only by the silence of the mist and the gentle murmur of the black river. Then the sounds of the nearby towns would start filling the air, the mist would vanish—as would the true devotees—and the Yamuna would begin swallowing the sins of another day. I hope the photographs depict these peaceful moments of interaction, and the sombre atmosphere felt by all near the banks of the Yamuna.”

Kushal hopes that “when the work is complete and in its final form—whatever that will be—viewers will be able to draw their own conclusions on the meaning behind the project’s title, Yamuna Drank our Sins and Turned Black. At the most basic level, I hope they find it visually appealing and can form an emotional connection with the subjects.”

For Kushal, photography is an excuse to leave the house and see what’s out there: “The urge to create photographs compels me to get out and connect with people in order to discover the world through their eyes. Even when I don’t end up making photographs, the sole act of embarking on this search results in a meaningful encounter or the discovery of something which would have otherwise remained hidden for me.” He’s particularly influenced by portrait photography: “I love seeing how other photographers approach, interpret and represent the complexities of the human character. I find myself drawn towards work where I feel connected with the artist as much as the photograph itself. I often end up spending a lot of time analyzing and trying to understand how the photographer got to the point of capturing that frame, and their reasons for doing so.” Besides photography, Kushal is also inspired by literature: “Literature has played a great part in shaping how I perceive the world around me. Much like great works of literature, it is the nuances in the construction of a photograph which truly give it value, allowing the viewer to extrapolate large amounts of meaning form the smallest detail.”