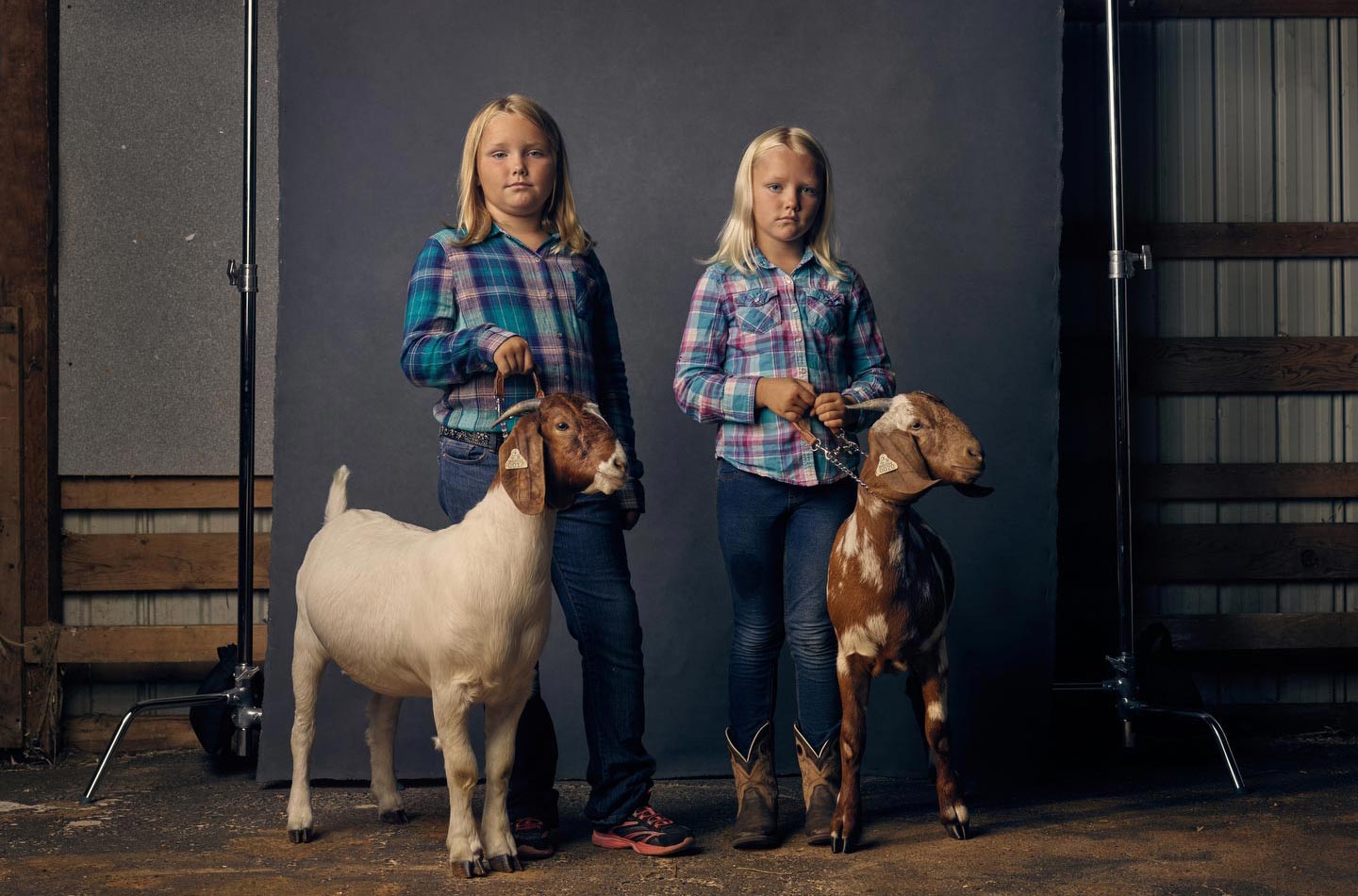 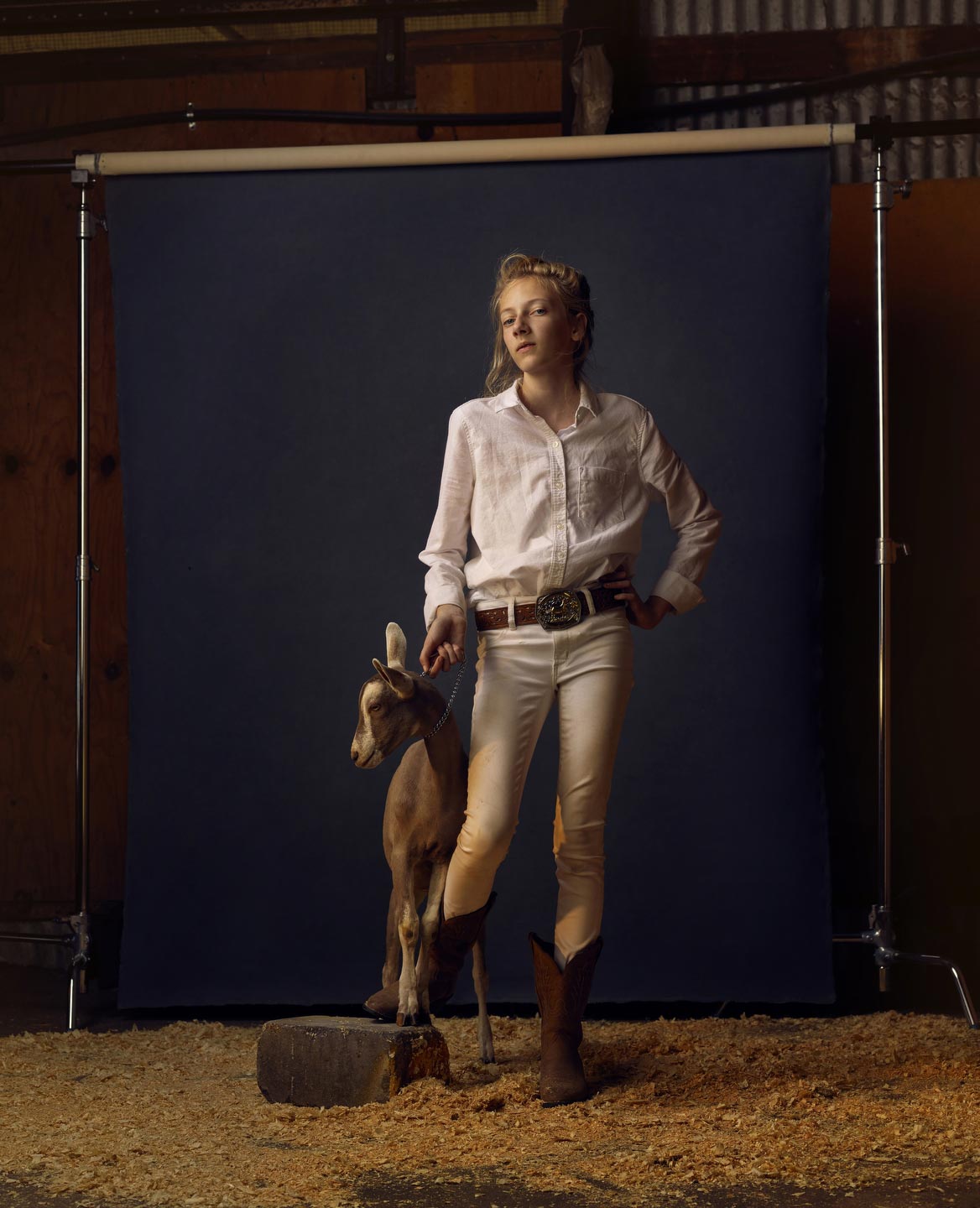 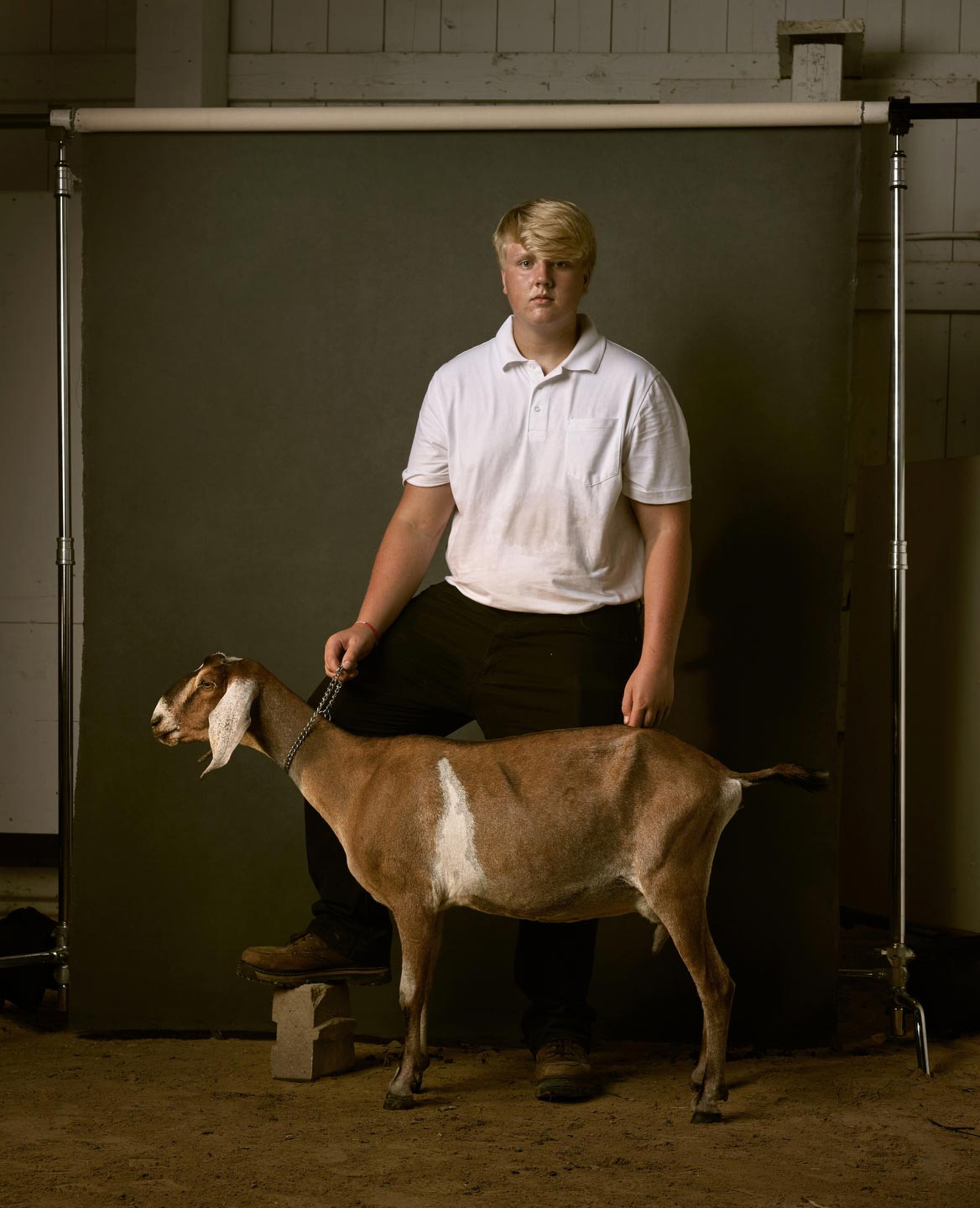 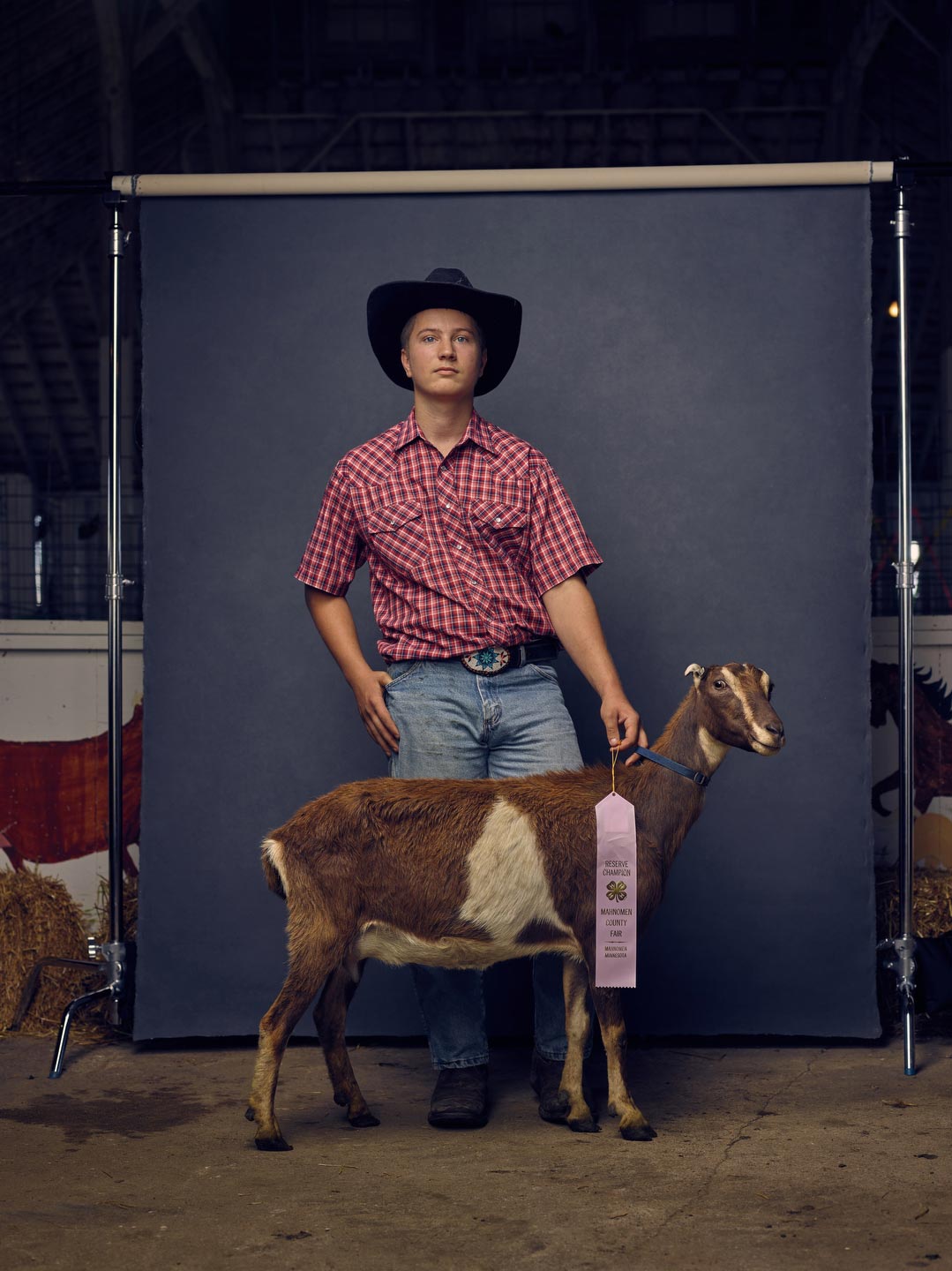 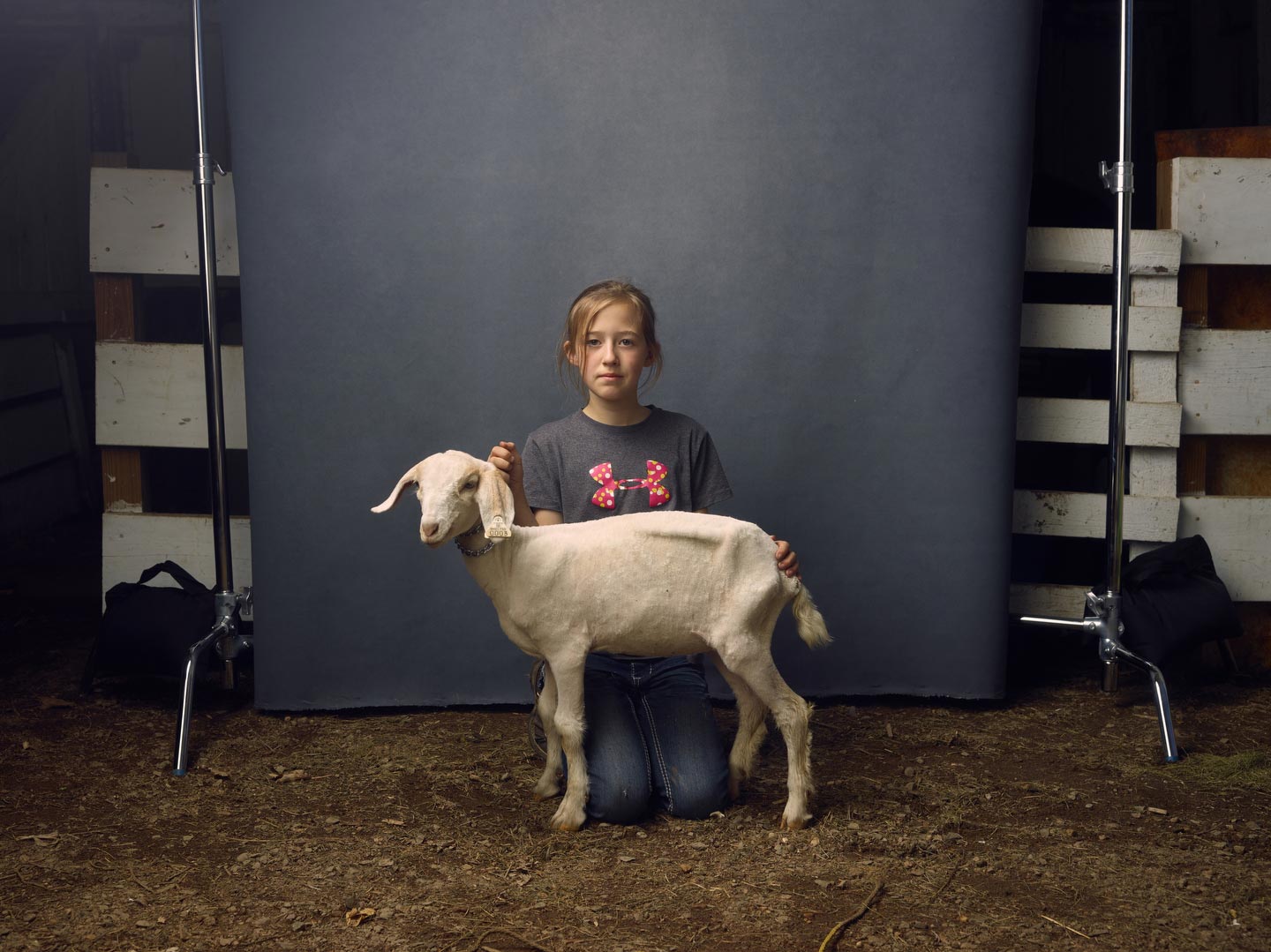 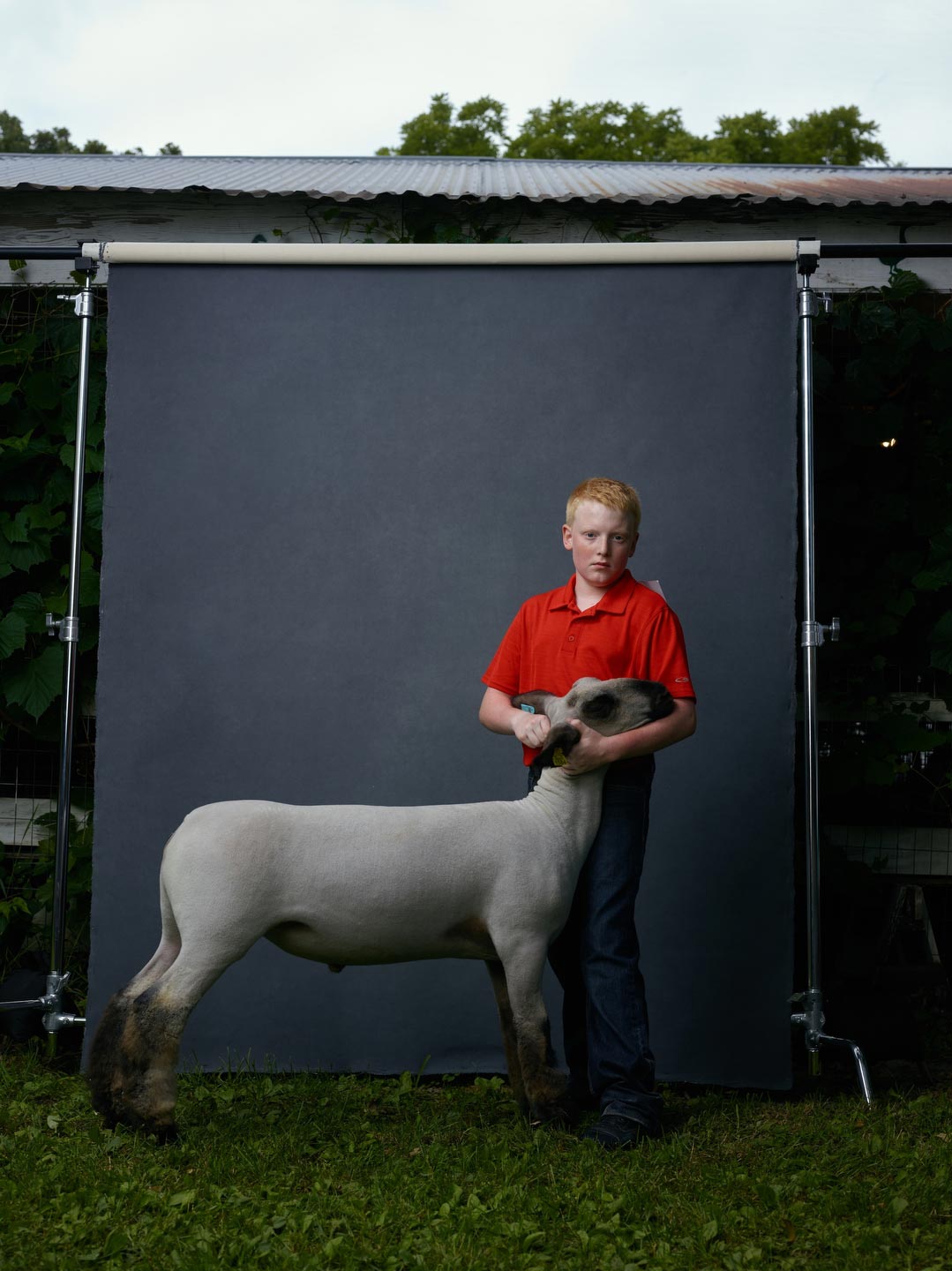 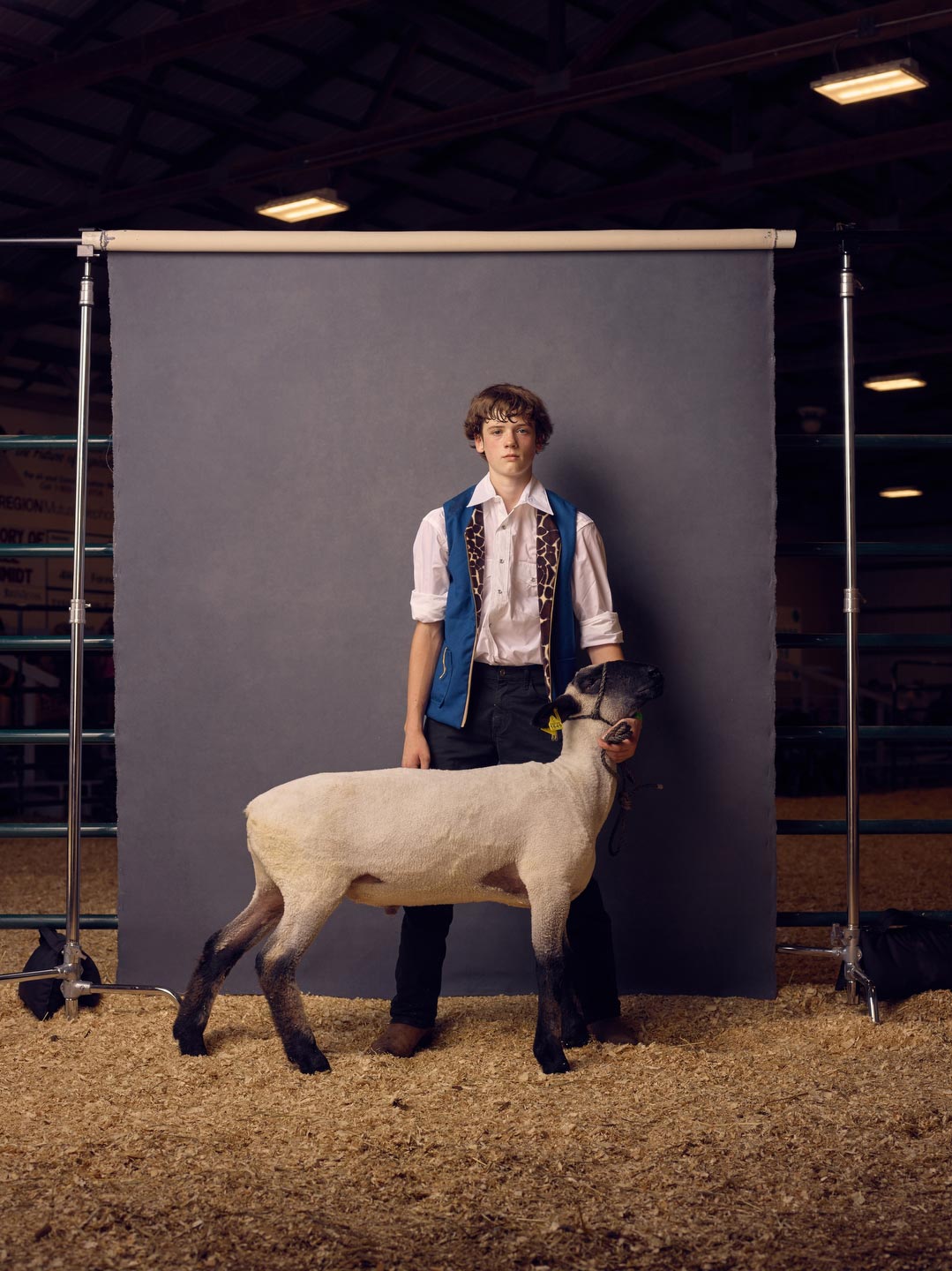 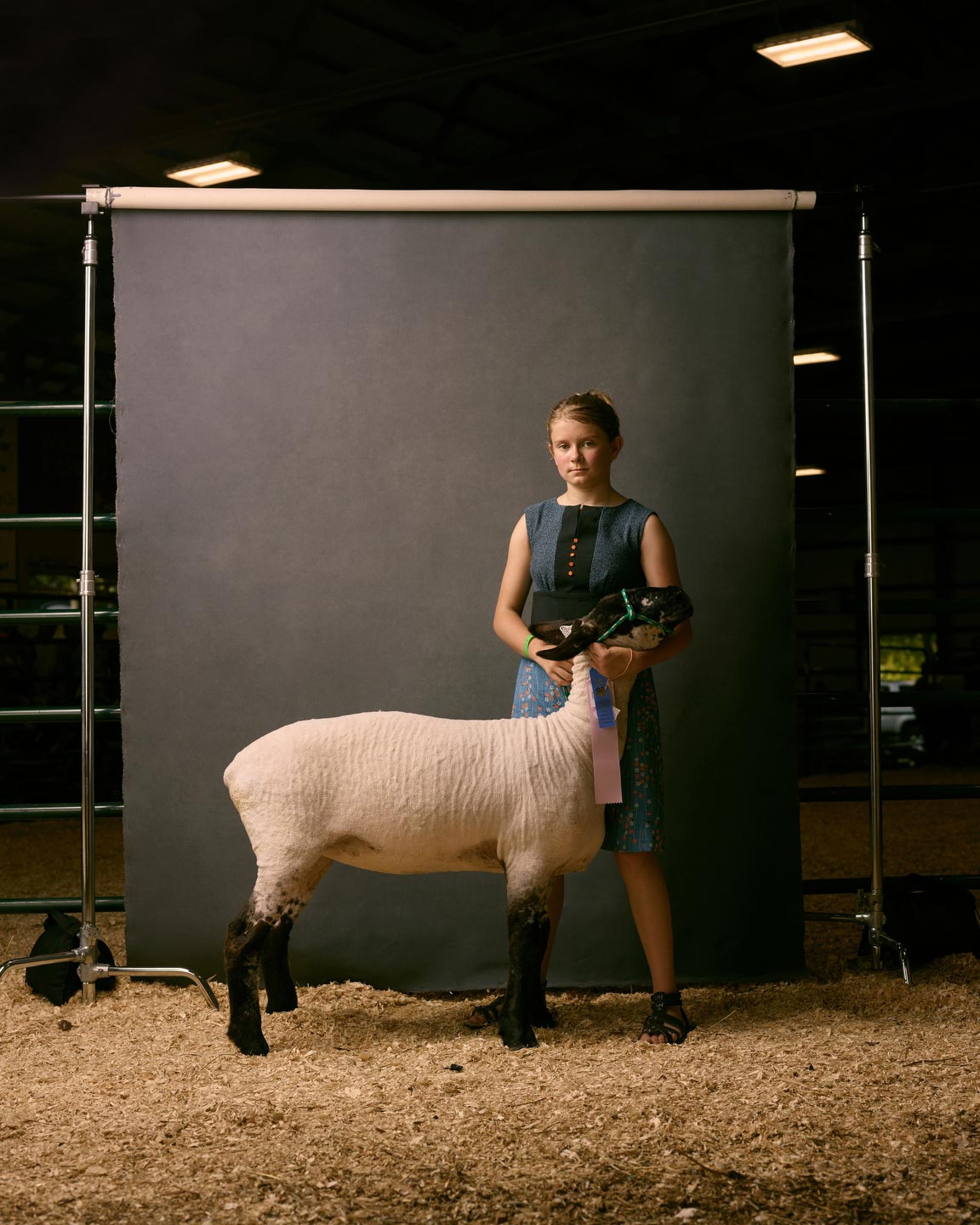 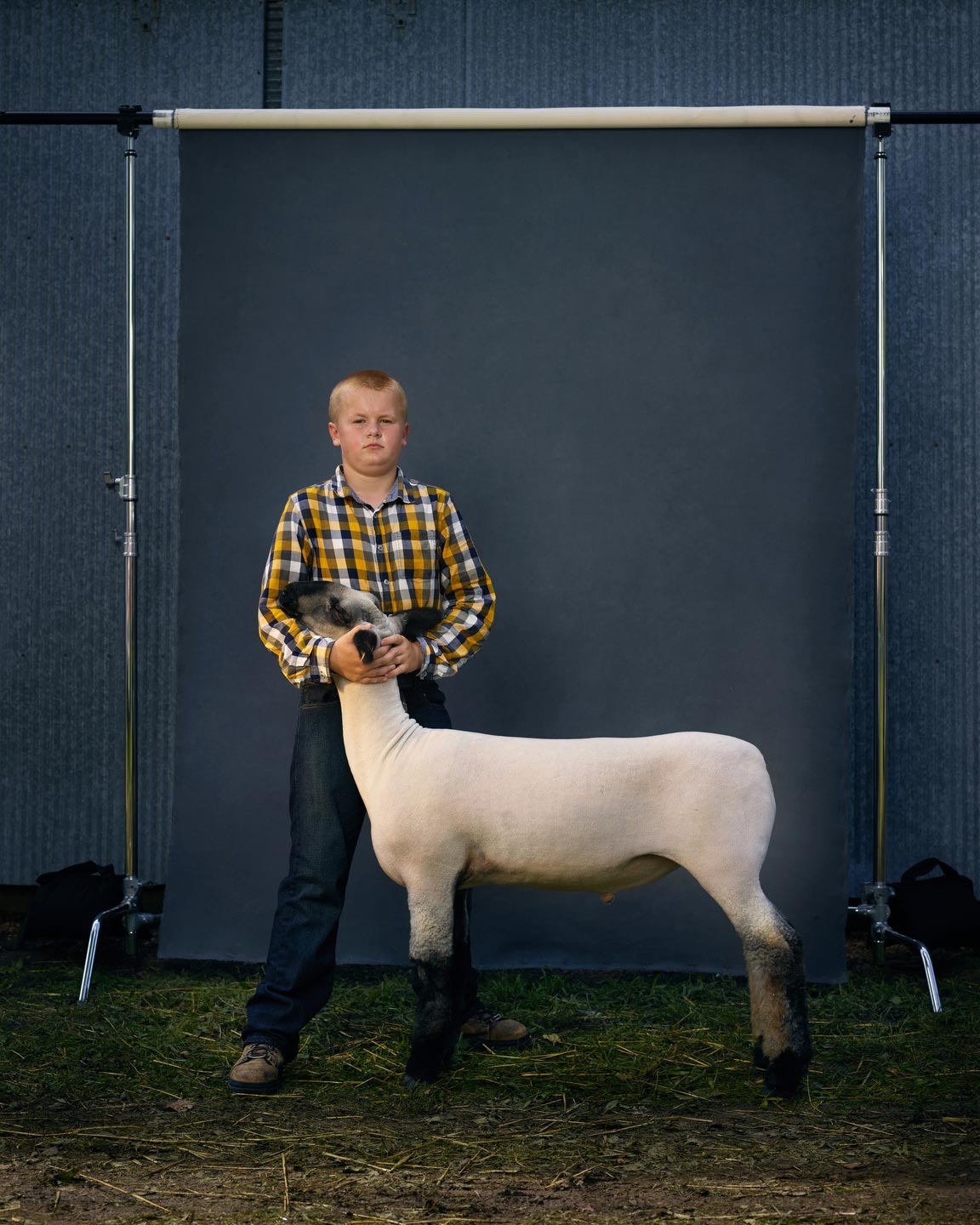 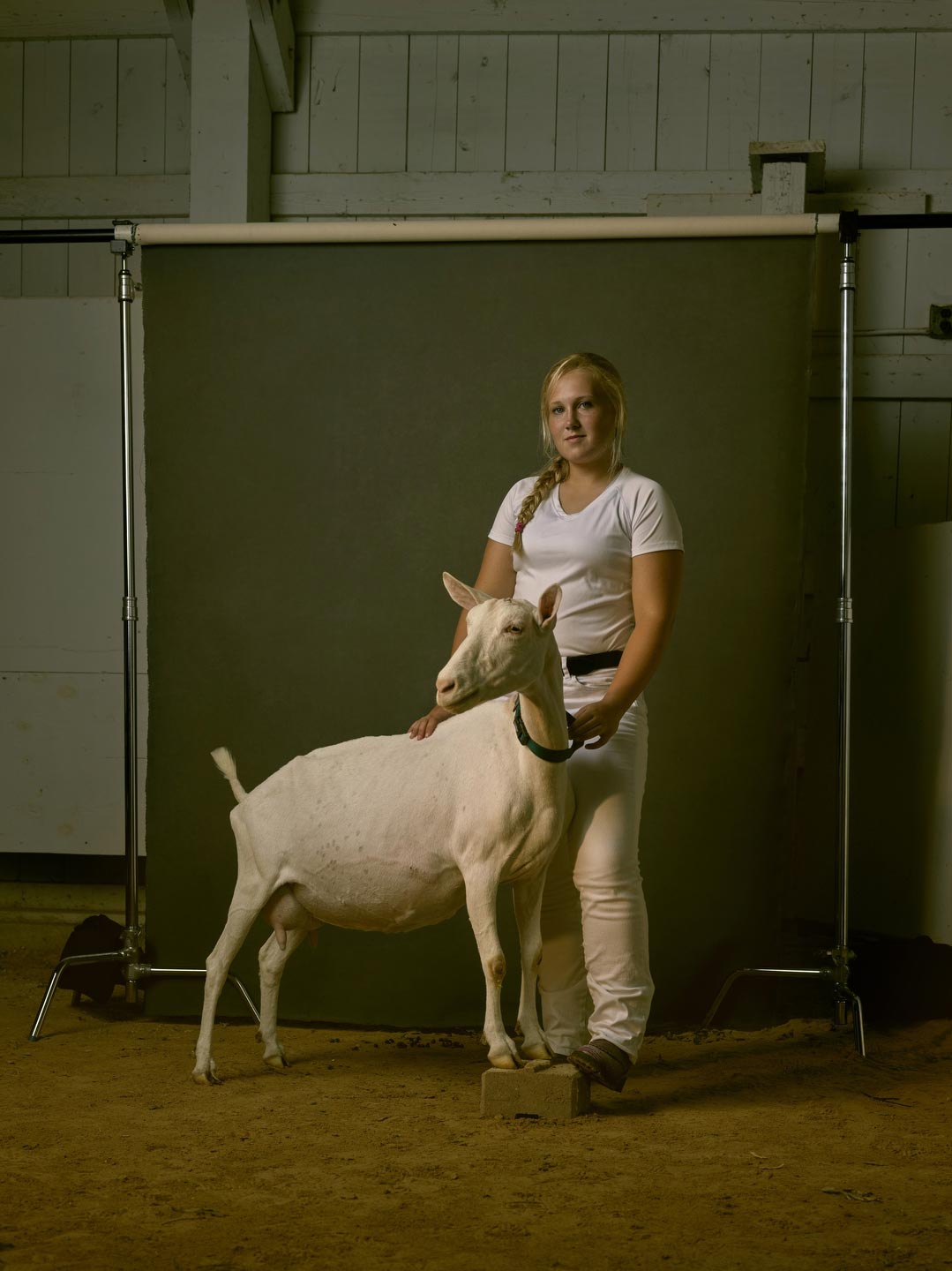 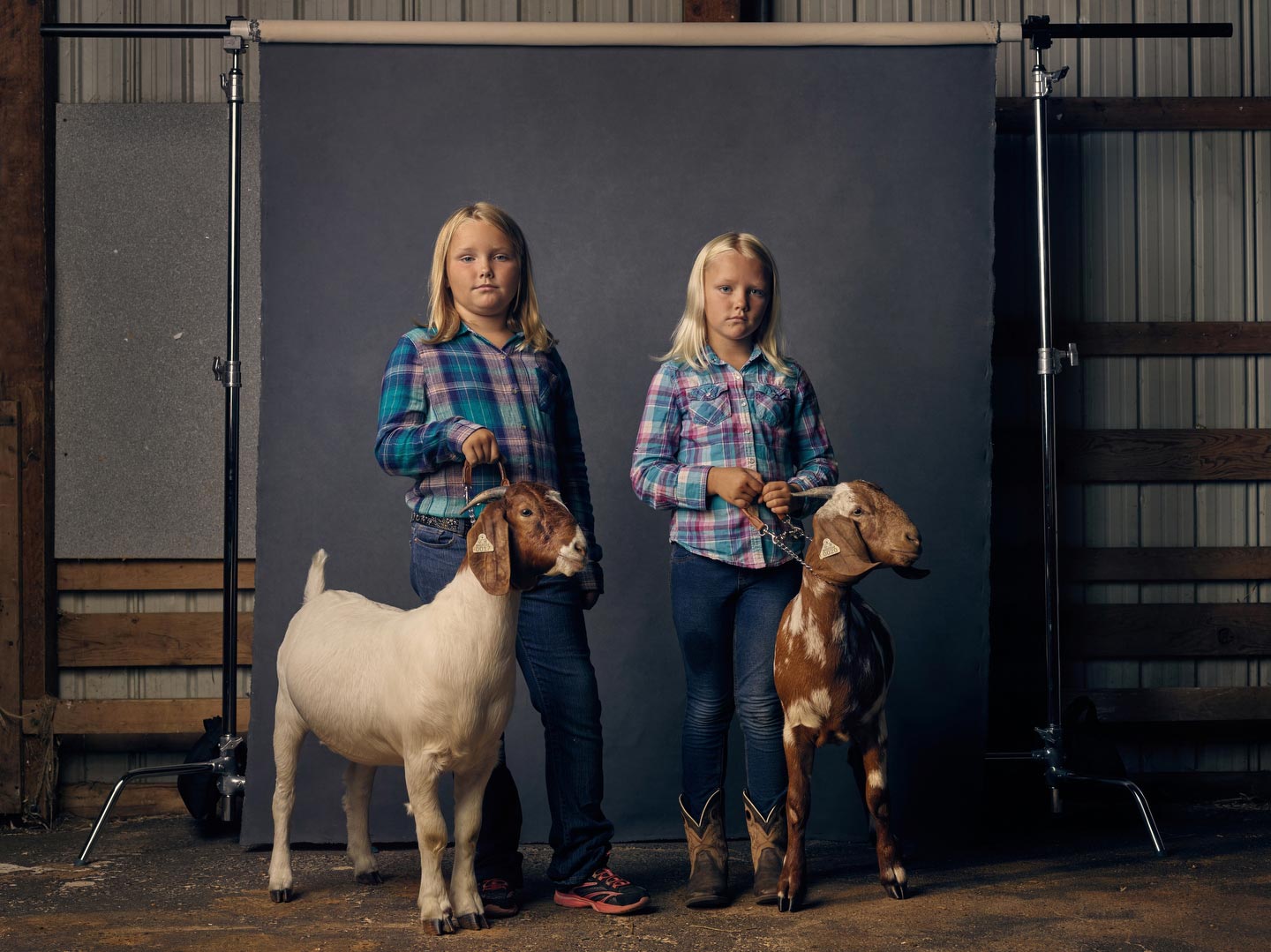 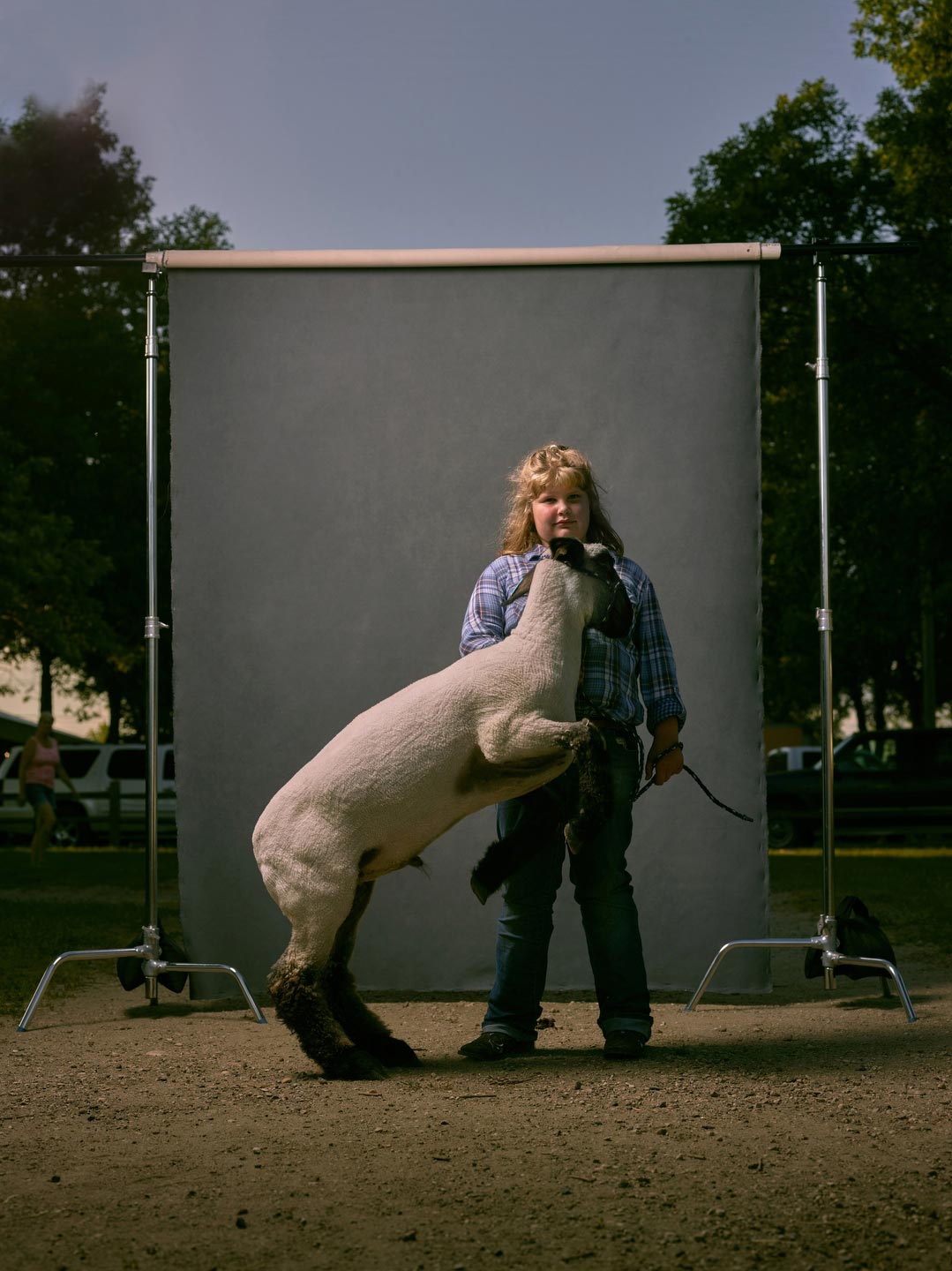 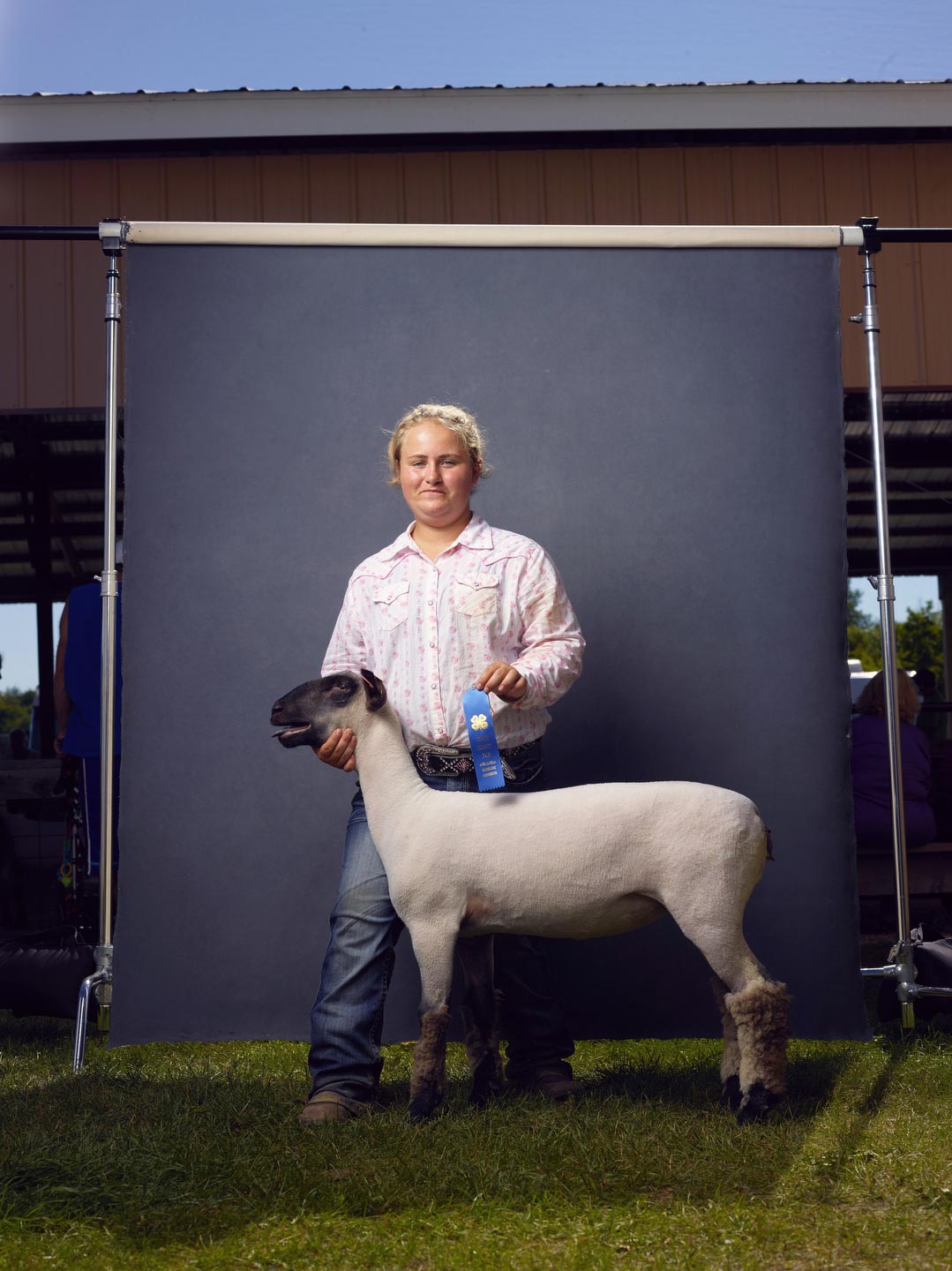 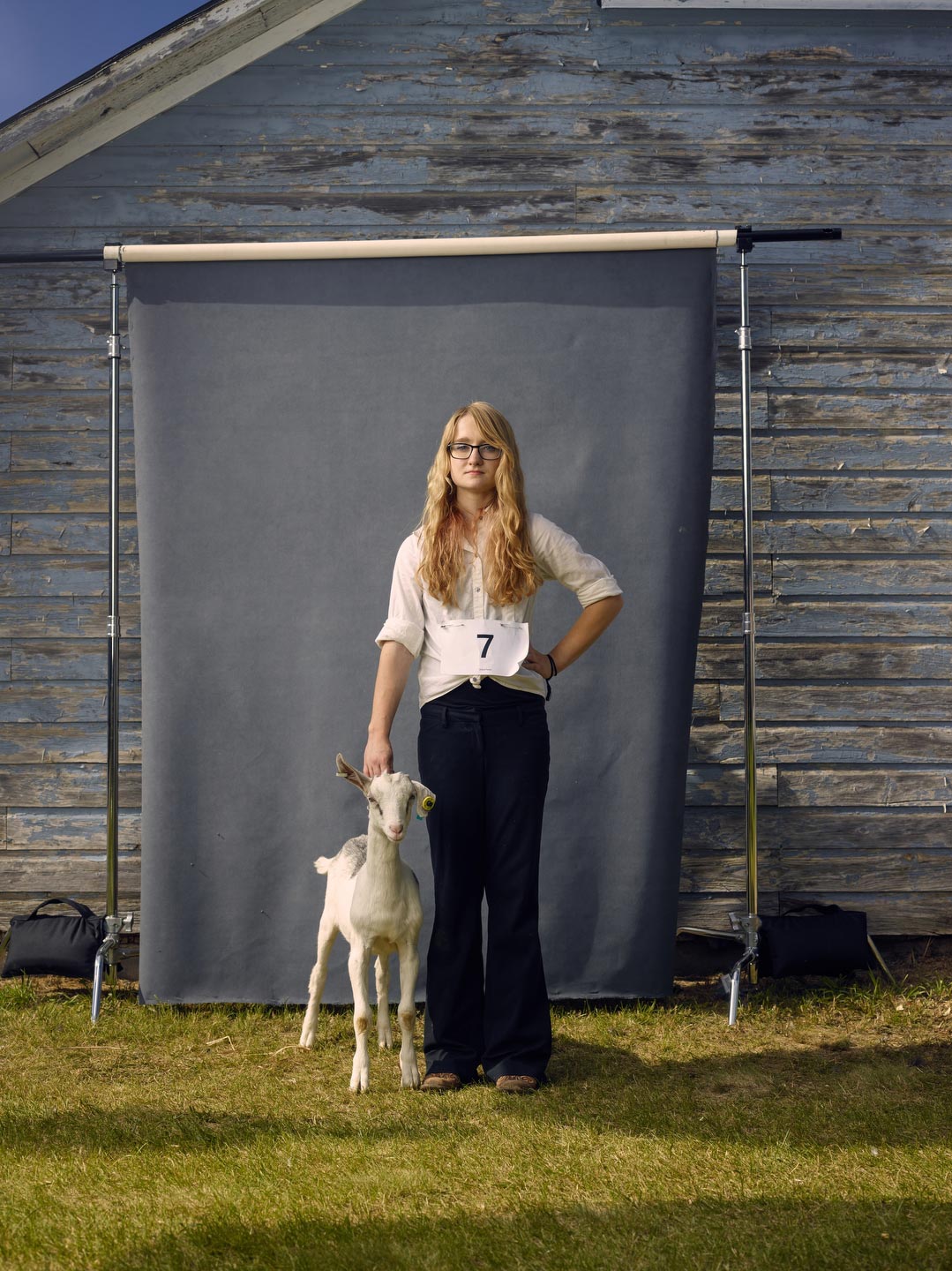 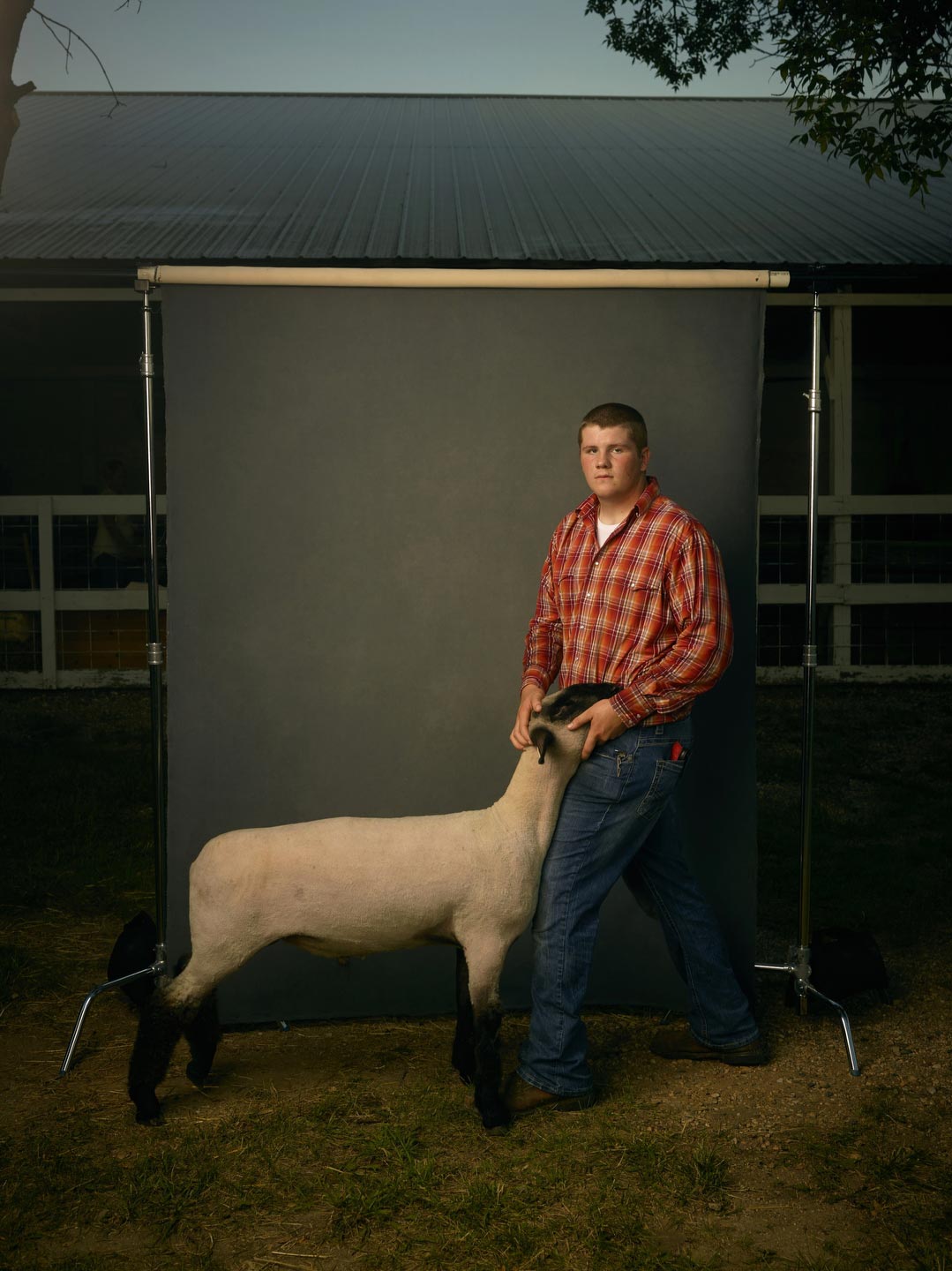 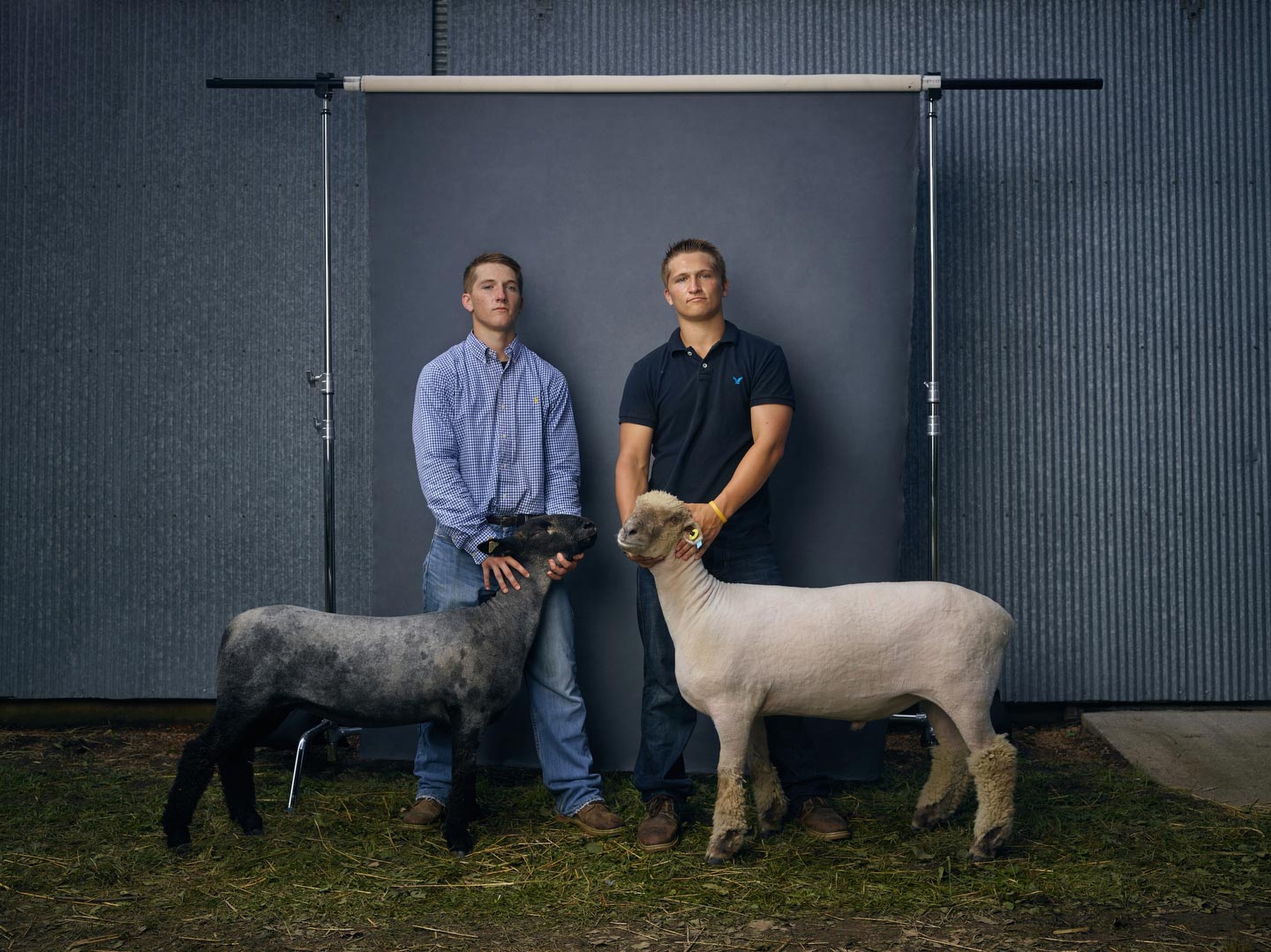 The Unchosen Ones by 40 year-old American photographer R. J. Kern is a series of staged portraits shot at county fair animal contests in Minnesota, depicting some of the participating animals alongside their owners. “During the last half-decade I have been creating photographs that address the curious relationships humans have with animals in the agricultural landscape,” R. J. explains. “In broad terms, my focus is on the contemporary construction of the “pastoral,” a concept that is both natural, inherent to spaces with certain descriptive qualities; and socio-cultural, a way for us to frame and order the unruly world into which we were born.”

The Unchosen Ones is part of a long-term project in three chapters: “It began with travels to Ireland, Germany, Norway, and Iceland, where I was seeking connections with my family heritage. I came to realize that my people and their lands have been intimately tied to goats, sheep, and rams—in Linnaean terms, the bovidae. These creatures not only provided income and sustenance over generations, they also assumed almost divine qualities as symbols of an untouchable purity, a world that pre-exists and will continue on without humans. I soon realized an affinity for these animals, for their calm presences and their inherent functional beauty. They affirm an enduring sense of presence in a world that seems intent on perpetual motion and continual change. The roaming that the bovidae do merely articulates their connections to place, their appetites extending only to the freshest and most accessible food sources.”

“Upon settling in Minnesota (after years of a nomadic childhood, followed by more roaming) I began to be interested in county fairs and the process of comparing animals in a competitive environment. How does the process of applying human standards and expectations effect bovid lives? It’s kind of absurd, when you think about it: who are we to judge? In our purpose-driven world however, it is assumed that some examples of a breed more effectively suit our agendas than others. I believe that domestication is altering their evolution and skewing the results. My focus during this period has been on depicting the winners and more so the losers, those which stand out and those which are deemed the The Unchosen Ones.”

“Most recently, I have followed up with the competitors, photographing them after they return to their native grounds, “Put out to pasture,” the saying goes. We are left to ponder the question of who the real winners and losers are, and what does it matter in the worldly scheme of things. To me, the work has always been a meditation on the modern pastoral, and an inclusive attempt to anchor these animals in the landscape.”

When taking the portraits, R. J. asked his human subjects to “show me what next year’s grand champion could look like, thereby planting a seed of hope for the future. The kids take their role seriously taking care of the animals. I want to respect that and show the unique relationship between them and their animals. Empathy is a key to understanding the work. I feel we all know what it is like to not be chosen for something in life: love, a job, or a juried group exhibition.”

One of R. J.’s main sources of inspiration for this series was the work of Gaspard-Félix Tournachon a.k.a. Nadar, “the world’s first great portrait photographer. He was a pioneer photographer, part artist, part salesman, and part scientist (he liked to call the darkroom his laboratory). He would let the background context stay apart of the composition in the photograph. To me, place matters… that these images were not taken in a studio, but at the geography of a county fair in the USA.” Other references he had in mind while producing these images were “August Sanders, Diane Arbus, and Annie Liebovitz. I have been successful emulating the light and compositions of Barbizon and Pictorialist landscape painters like Bierstadt, Cooper, Hunt, Troyon, and Millais while employing photography’s unique capacity to strategically and selectively describe impromptu interactions between humans and bovids. My work reflects the unpredictable qualities of collaborating with subjects that are both docile and mercurial, a challenge especially when working with animals and children.”

R. J.’s interests as a photographer have been influenced by his personal biography: “My life has been one of roaming—moving around without a connection to any specific place to call home. Over the years, the roaming has evolved into seeking. As an adult who is finally rooting in a place and calling it home, I am looking for an anchor. The exploration of my ancestry and cultural heritage through photography has created a thread of connectivity from past to present, a thread that is weaving a foundation for me as I begin my family and create a home for them. My camera—fueled by my passion for geography—helps me to interpret and order the world in large-scale detail, connecting one thing to another. This is the reason why I am an artist.”