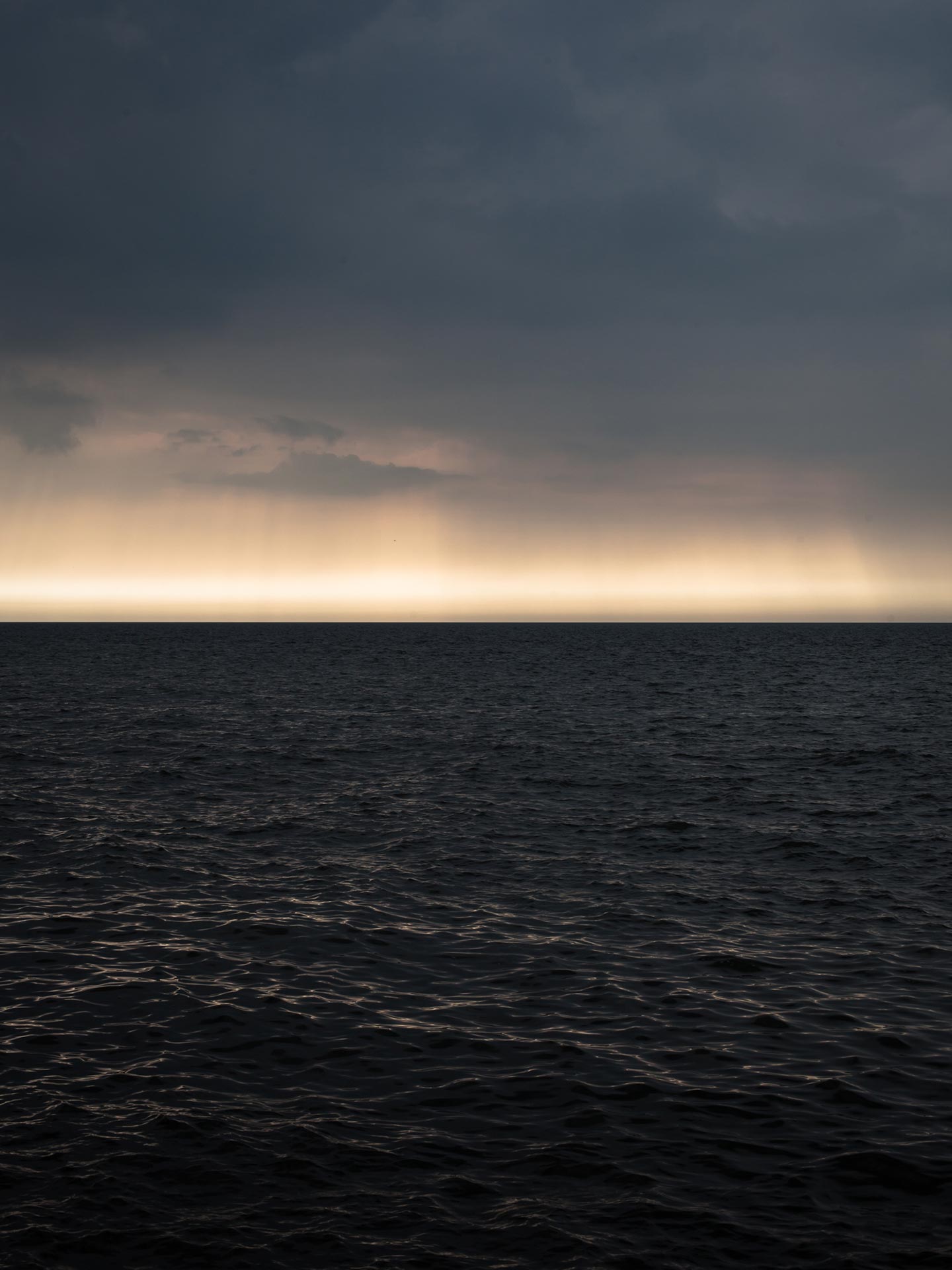 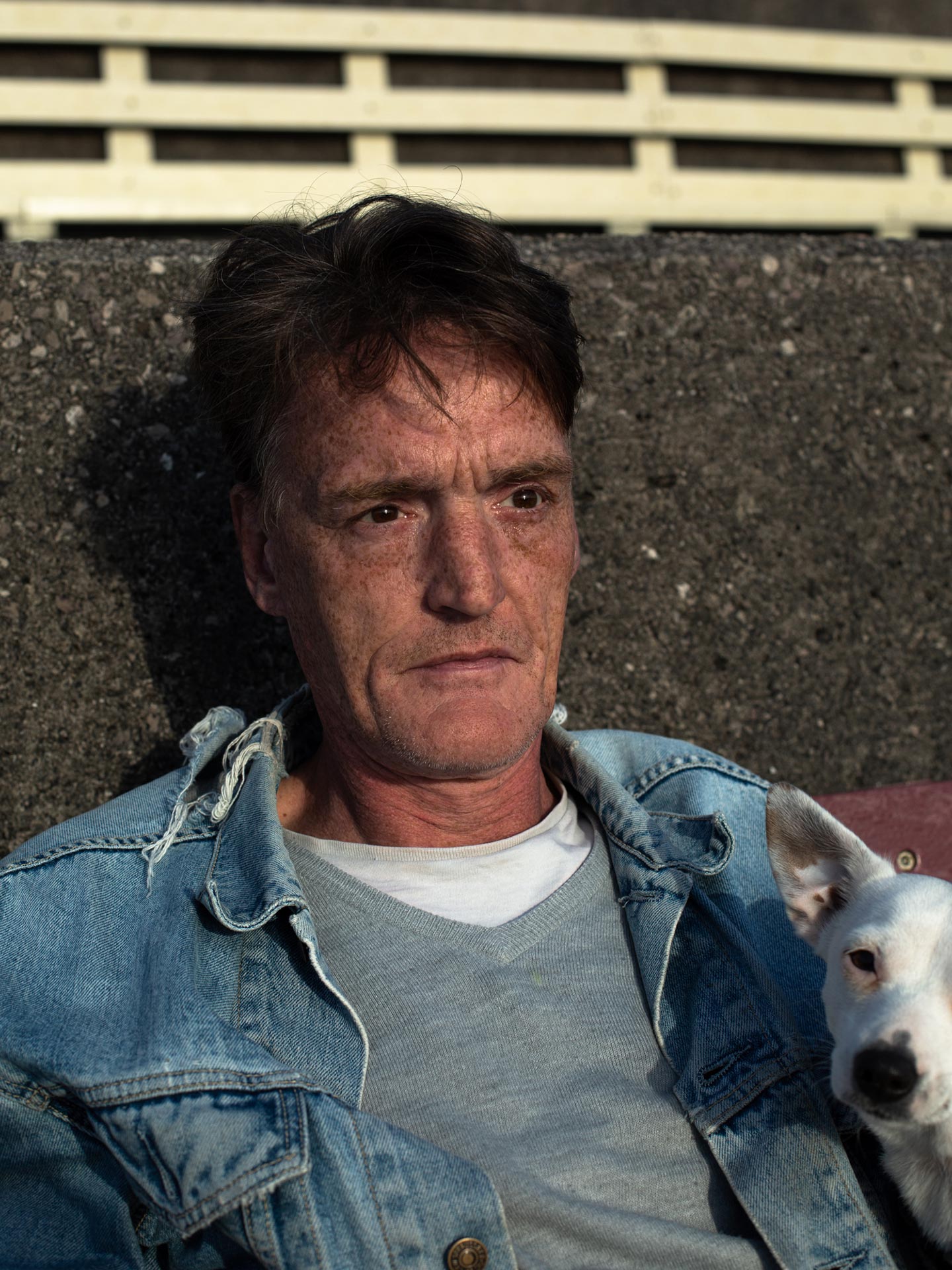 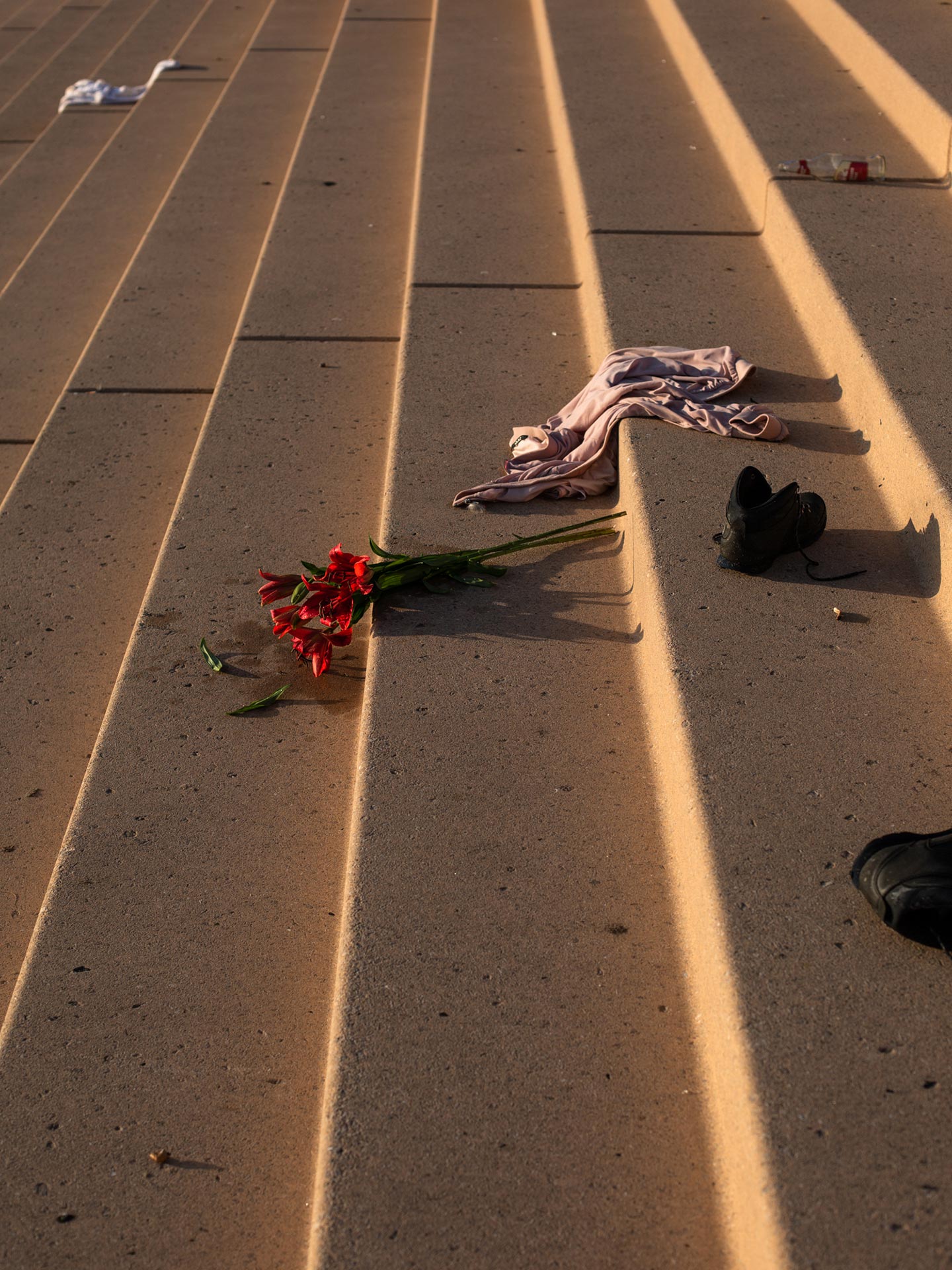 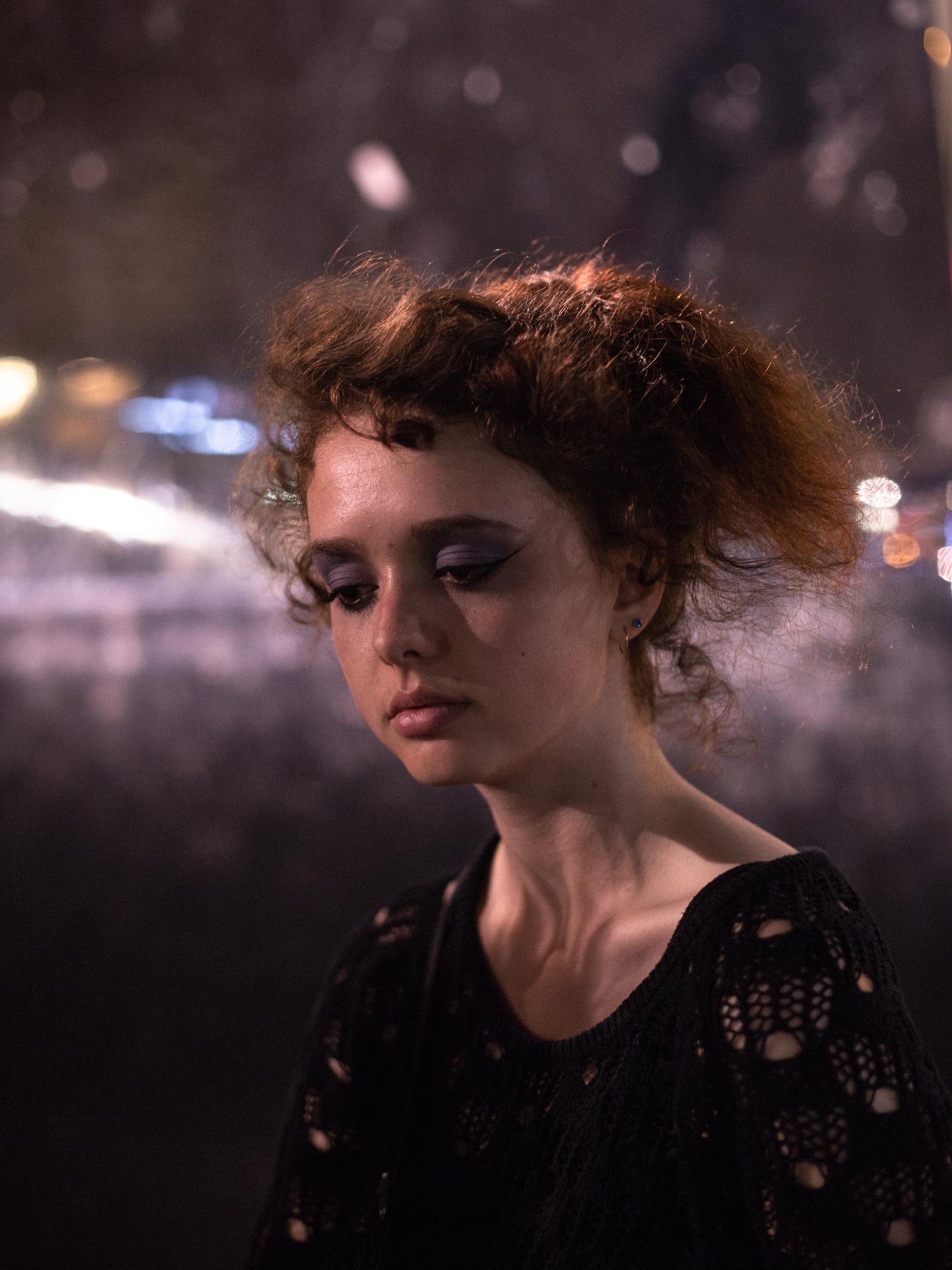 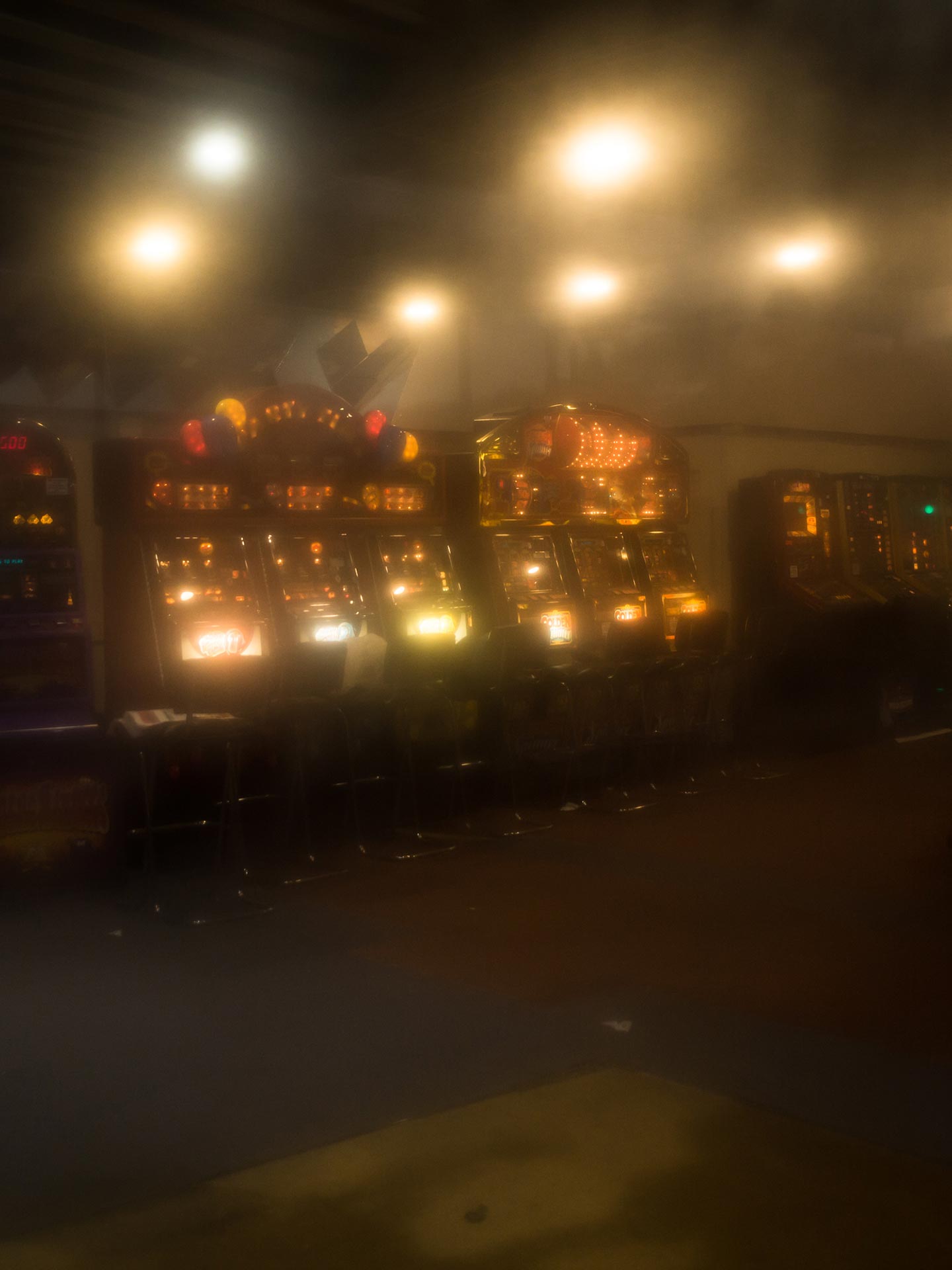 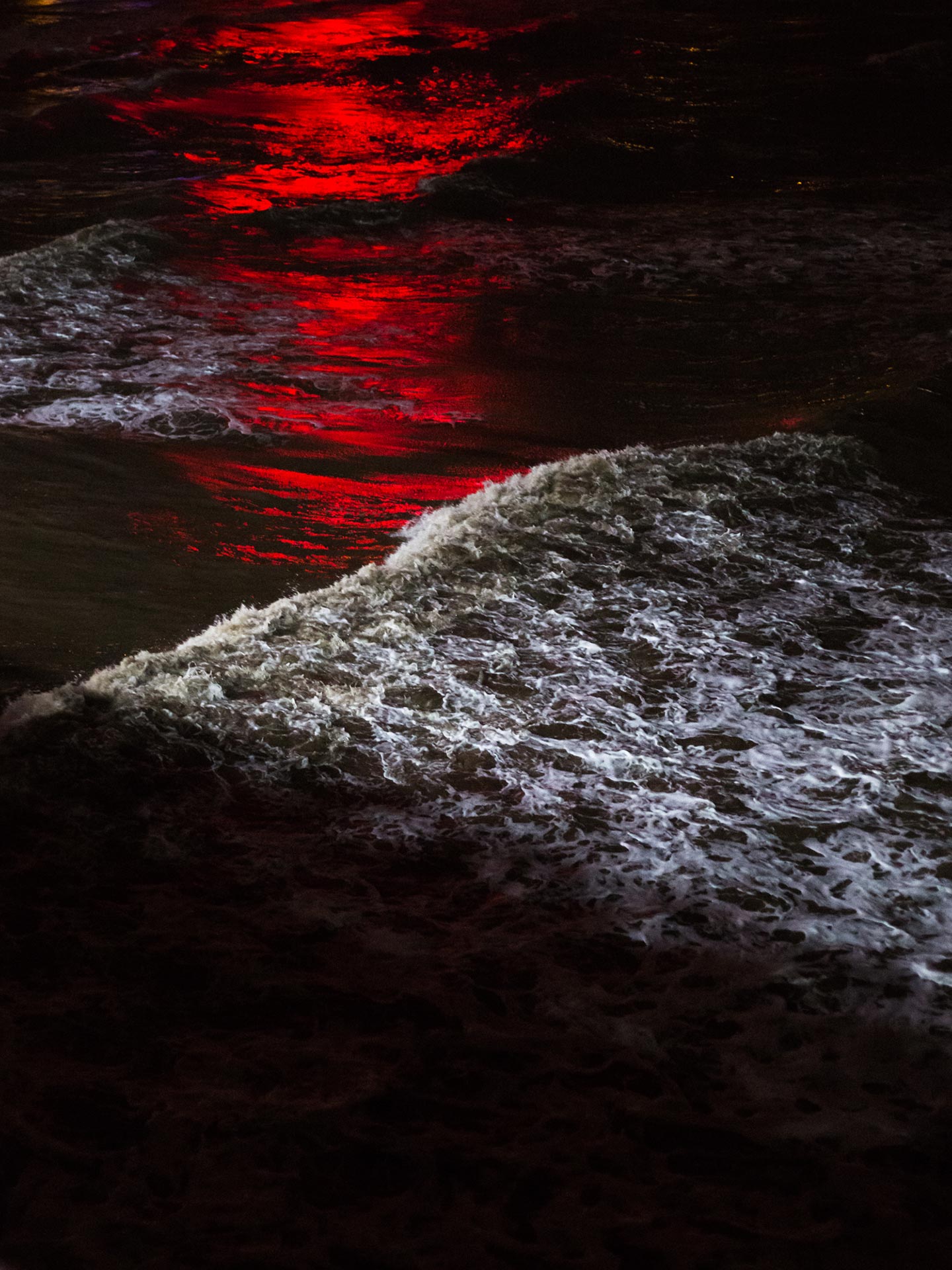 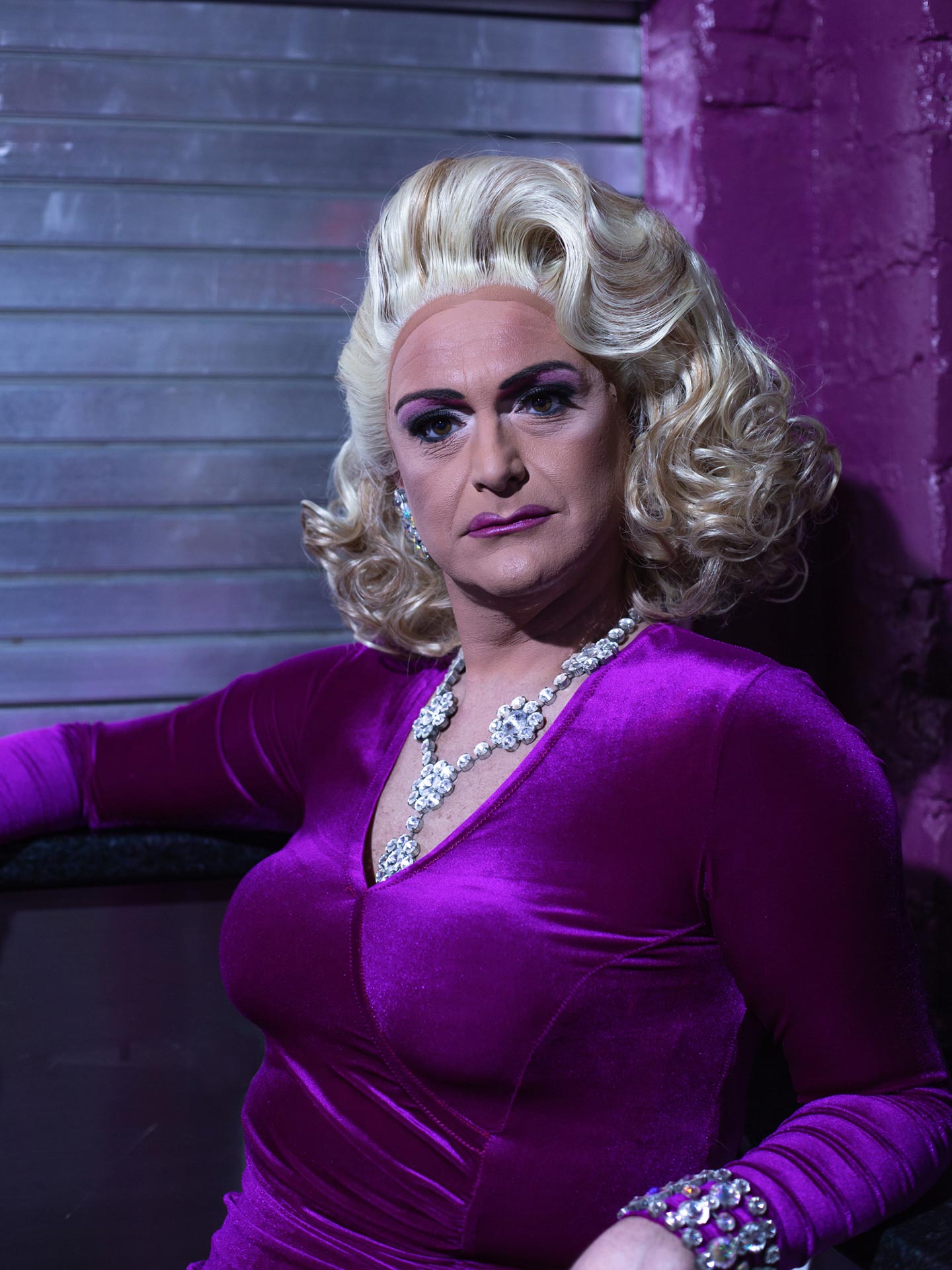 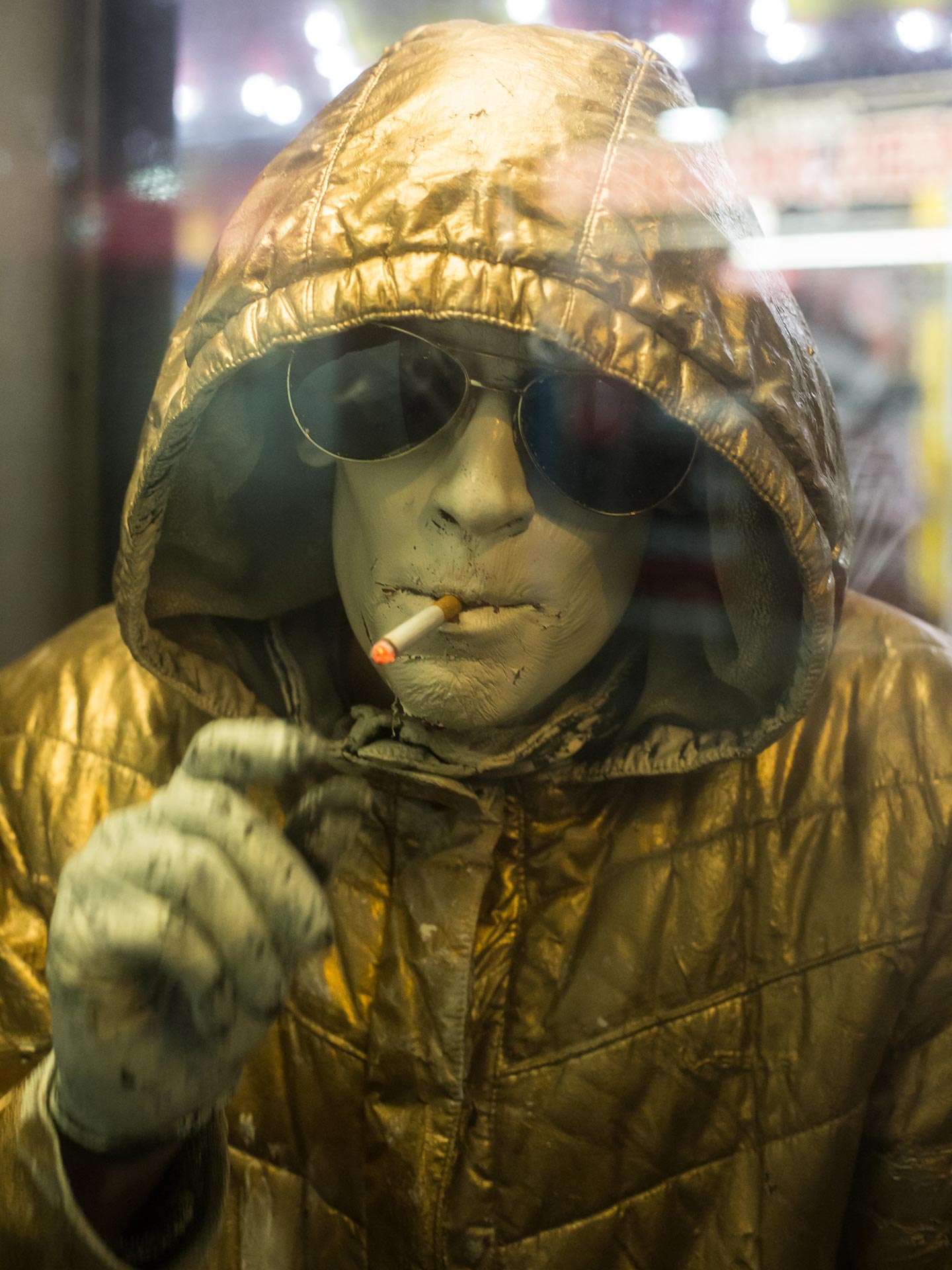 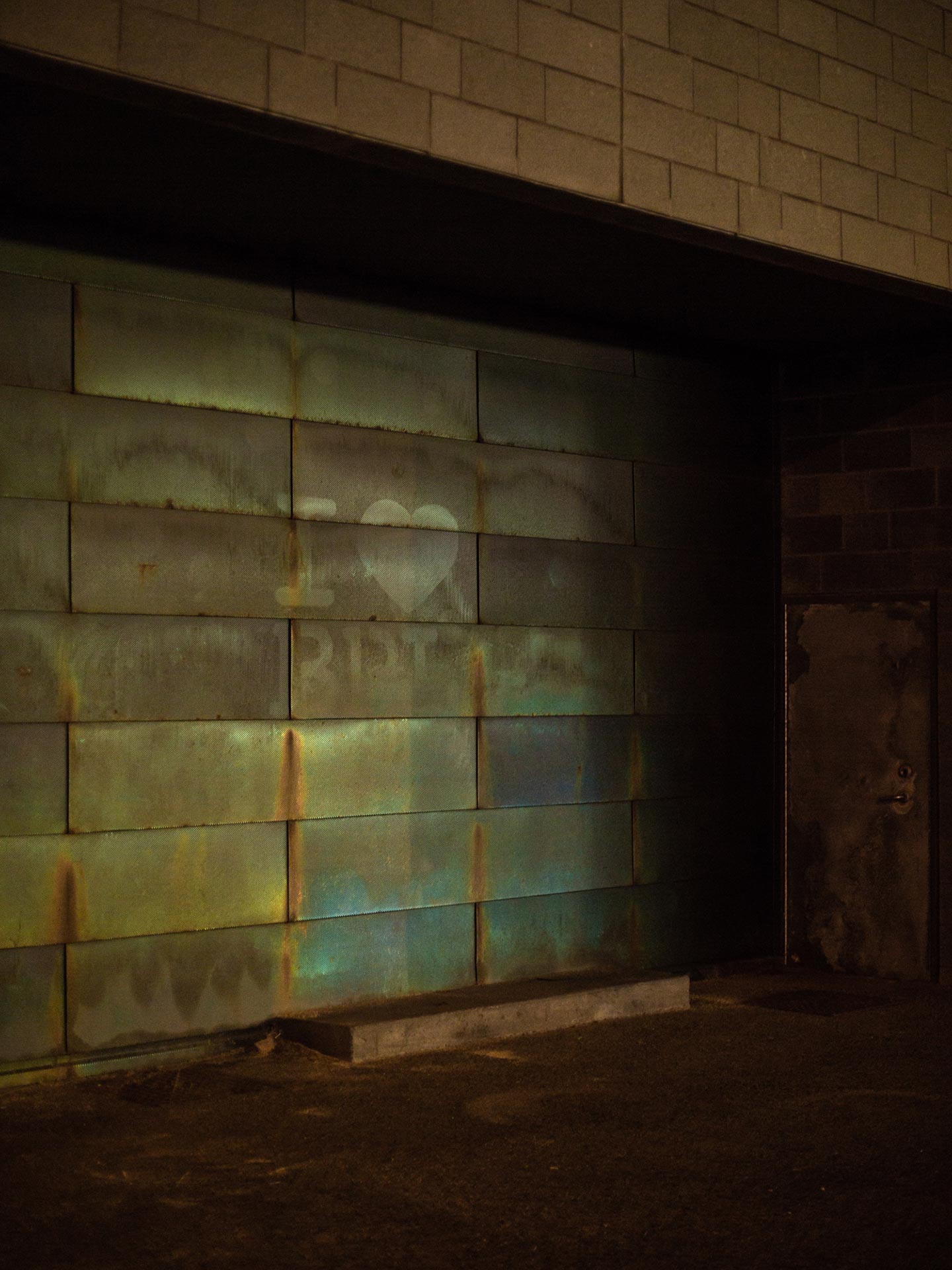 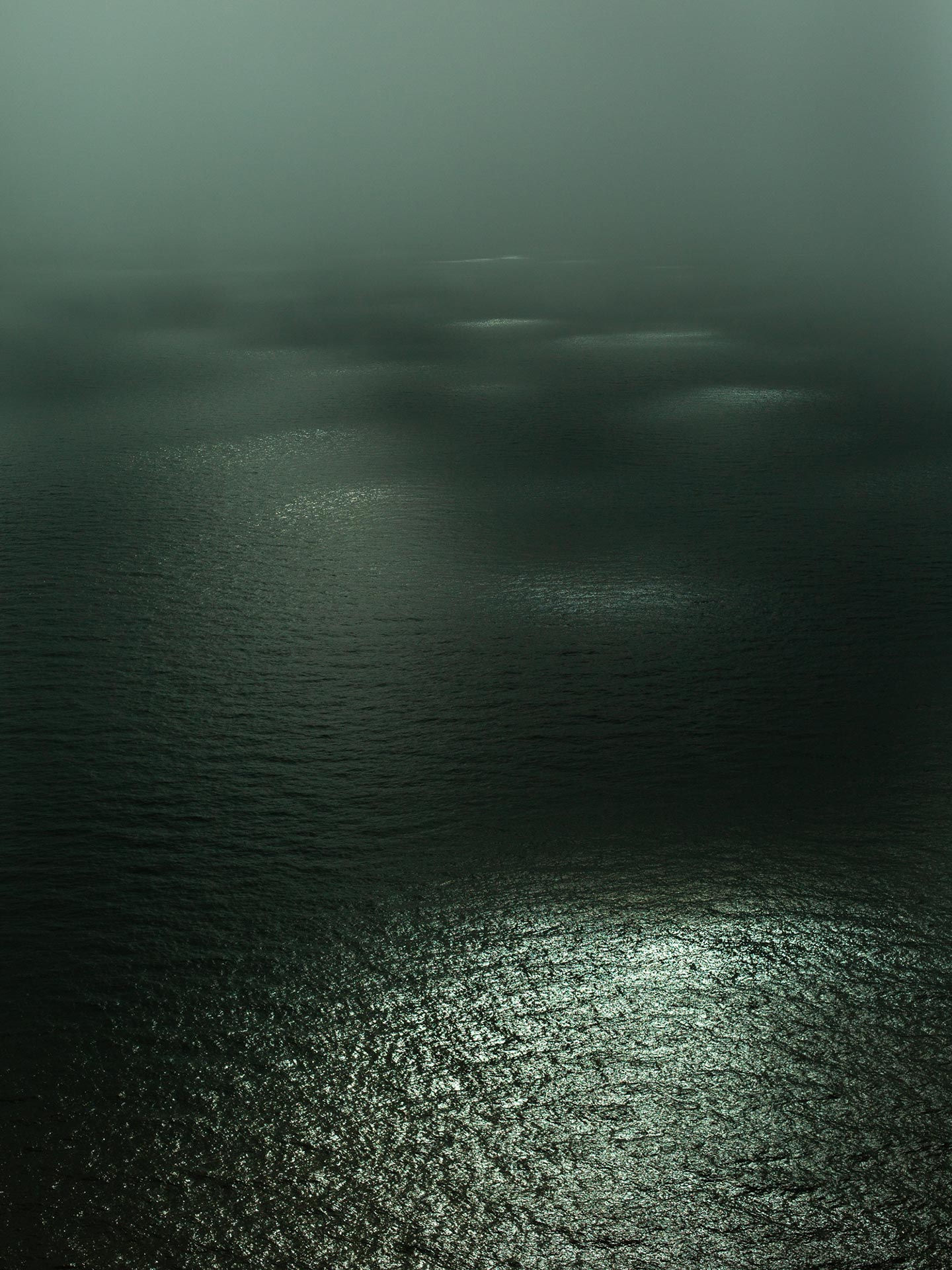 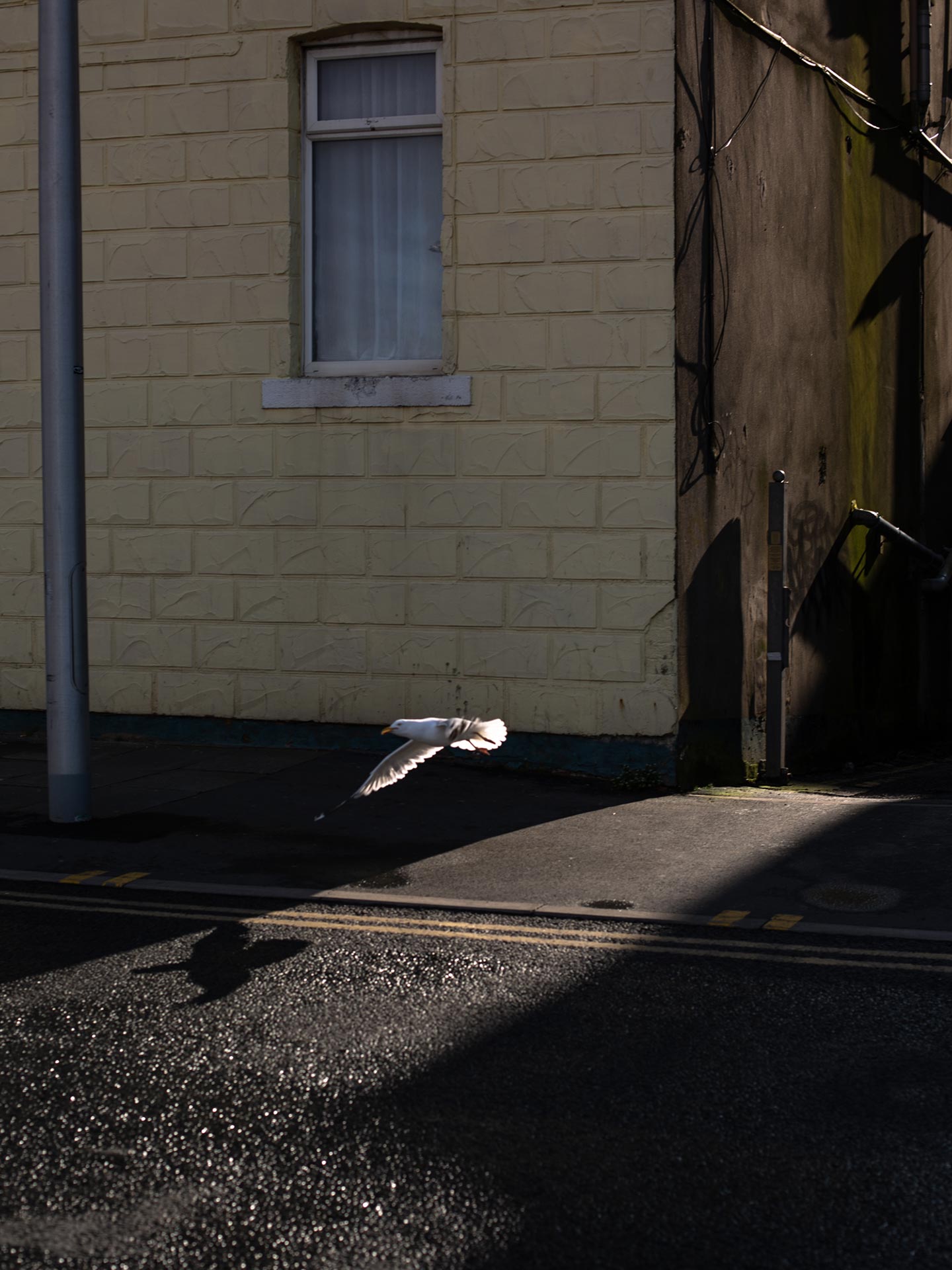 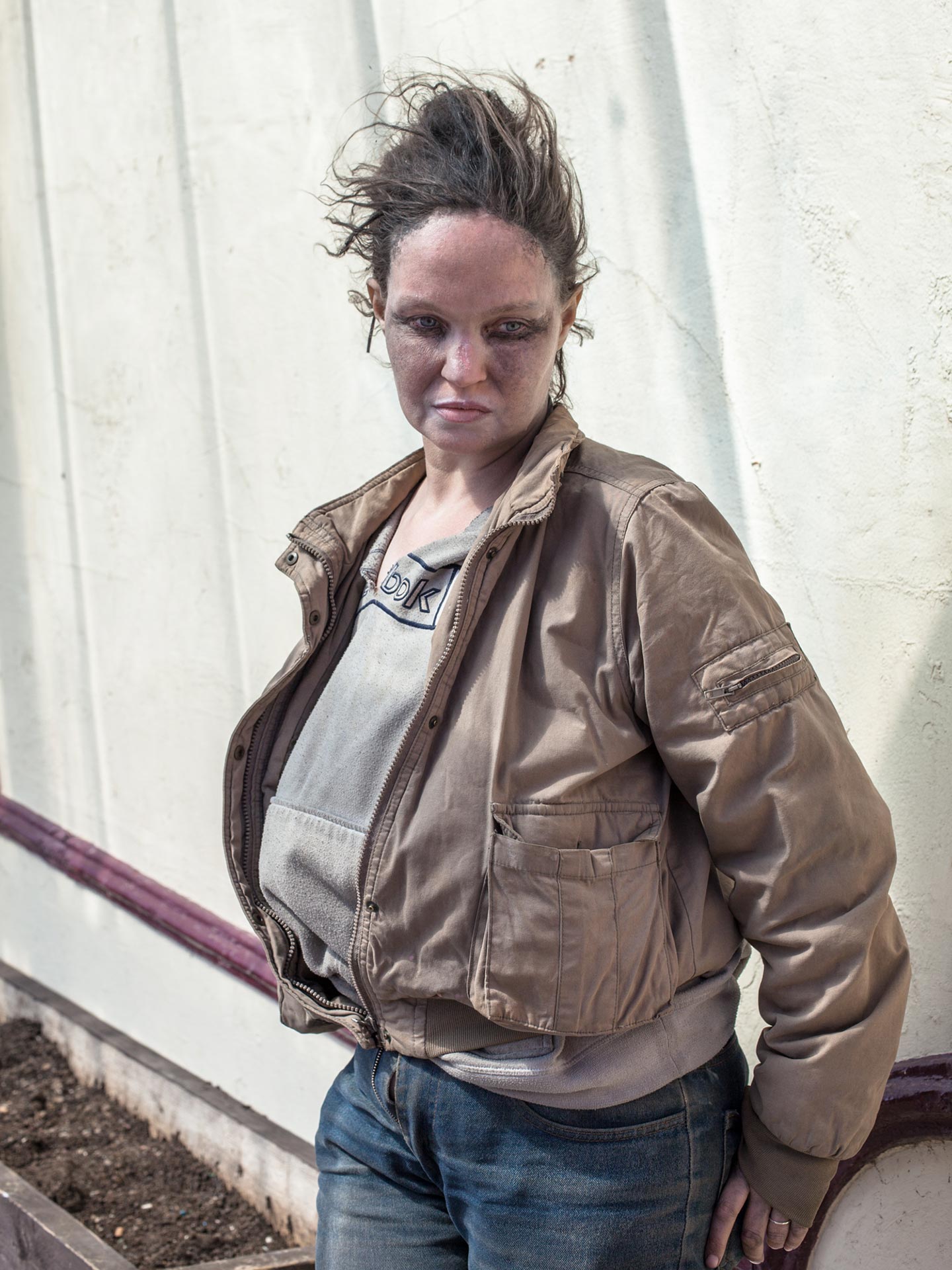 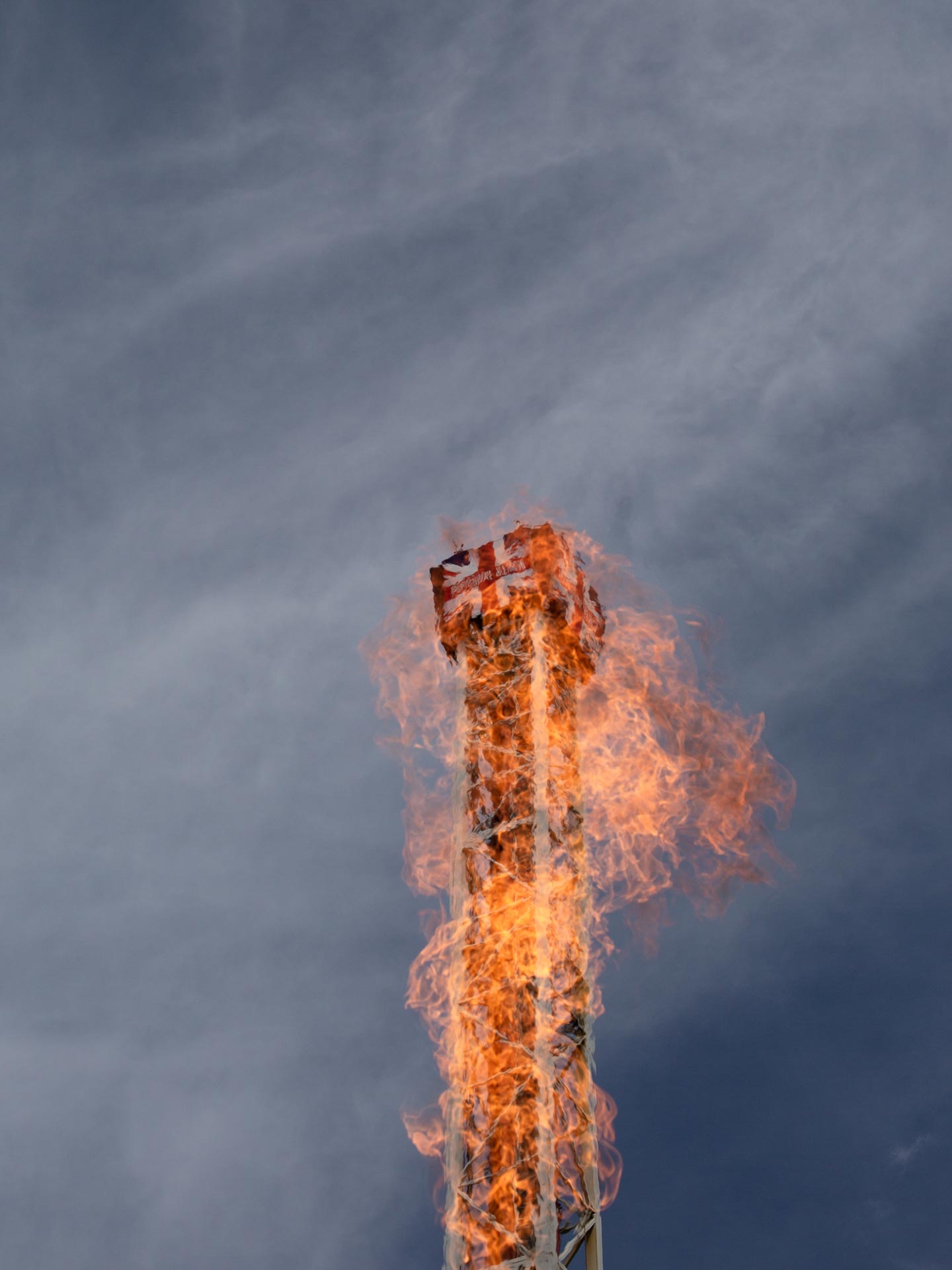 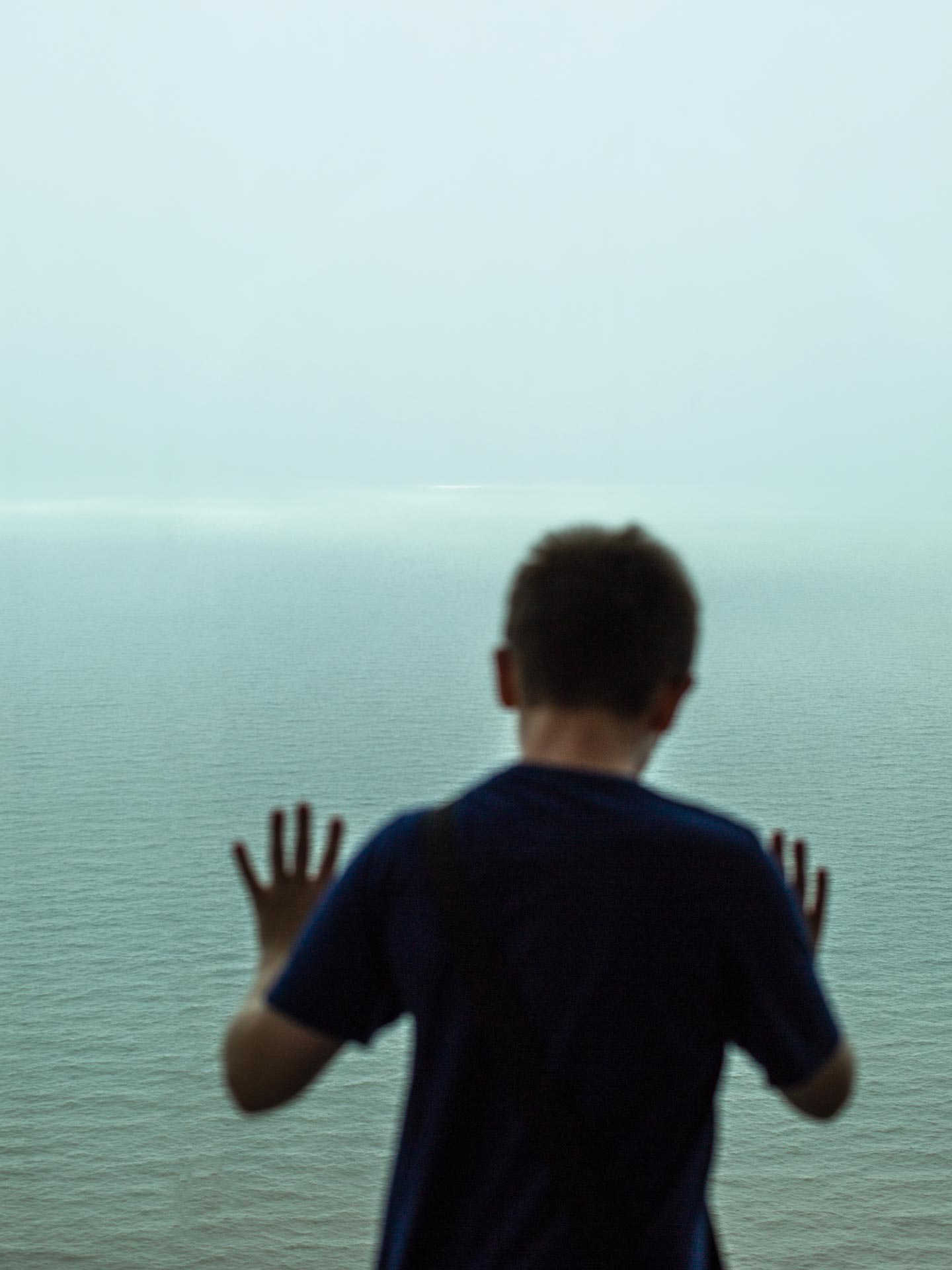 The Black Pool by 35 year-old German photographer Miguel Brusch is a series of staged portraits interspersed with seascapes and urban scenes. “Roughly speaking, this work is a portrait of the English coastal town of Blackpool,” Miguel says. “But it’s even more a story of distraction, illusion and disillusion, set in a popular tourist destination that is fighting against social and economic deterioration.”

The work originated from a school project: “My school, the Ostkreuzschule for Photography, organized a collaboration with a small Berlin art foundation, the Klaus-Stemmler-Stiftung: I was one of eight students that were given the opportunity to travel to the Manchester region and shoot their own projects about Brexit—an abstract political process that is very challenging to depict in a photographic work. But the foundation gave us the freedom to do whatever we want. I decided to shoot my project in Blackpool (which is a short train ride from Manchester) after I got to know that a large majority in Blackpool voted to leave the EU. For decades the town has been fighting against falling revenues. One of the big promises of the pro-Brexit campaign in Blackpool was: if the UK leaves the European Union, Blackpool will attract more domestic tourists, because it will be more difficult and expensive for British citizens to travel abroad. A false promise, in my opinion.”

“Long before that trip I had seen Dougie Wallace’s fantastic work about the excessive stag and hen parties in Blackpool, which is the other side of this town. Millions of tourists come there every year to celebrate bachelorette parties, take a sunbath at the beach or ride the rollercoaster in the amusement park. But these millions of tourists are still not enough to put a stop to the town’s decay. So my first intent was to tell a story about the contrast between the amusement industry and the precarious economic and social conditions in Blackpool.”

About mixing his portraits with seascapes and cityscapes, Miguel says that “Blackpool is a town that stands for the escape from everyday life; in a sense, it tries to create an illusion. So on the one hand I wanted to transport this aspect of illusion in my story, to create images that are irritating and not easy to grasp at first sight, like some of the seascapes and cityscapes; on the other hand I wanted to focus on the residents, the people who live or work in this kind of environment. All the portraits were taken at the places where I first met these people, mostly on the street, and after long conversations. The majority of them were very open-hearted and told me their biographies. In the mixture, the seascapes shall serve as triggers for emotions and thoughts and enhance the effect of the portraits.”

Miguel hopes that “the work triggers the viewer’s emotions, that it makes them think about what they are looking at and even see more than the single picture shows. I prefer photography that is kind of open and can be interpreted in many ways—photography that challenges the viewer. At an exhibition of this work someone told me that she reads The Black Pool as a fairy tale. I really like this interpretation.”

Besides creating editorial and commercial work, Miguel focuses “on personal long-term projects often dealing with the effects of interactions between people and their surroundings. I like to explore the state of mind of certain groups and the social and political causes that lie behind it.” Cinema has a great influence on his photographic work: “People tell me that my pictures, especially the ones of The Black Pool, have some cinematic qualities to them. If I had to pick a favorite film-maker, it would be Nicolas Winding Refn—his work is very inspirational for me. I love his handling of color and the surreal, but at the same time very authentic and raw worlds he creates in his movies.” Some of his favorite contemporary photographers are Gregory Halpern, Katrin Koenning, Alec Soth, Antoine D’Agata and Linn Schröder. The last photobook he bought was Kleinstadt by Ute Mahler and Werner Mahler.