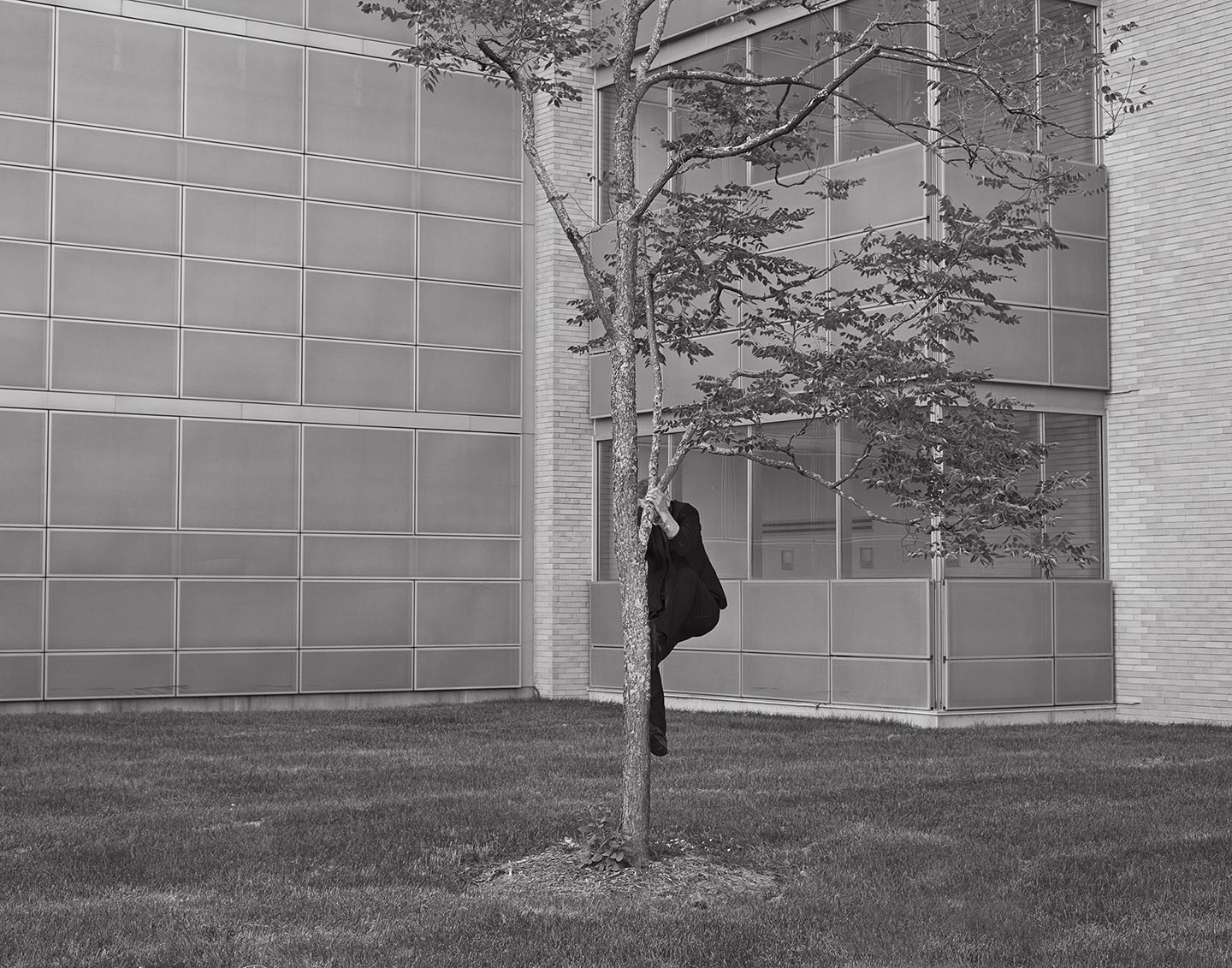 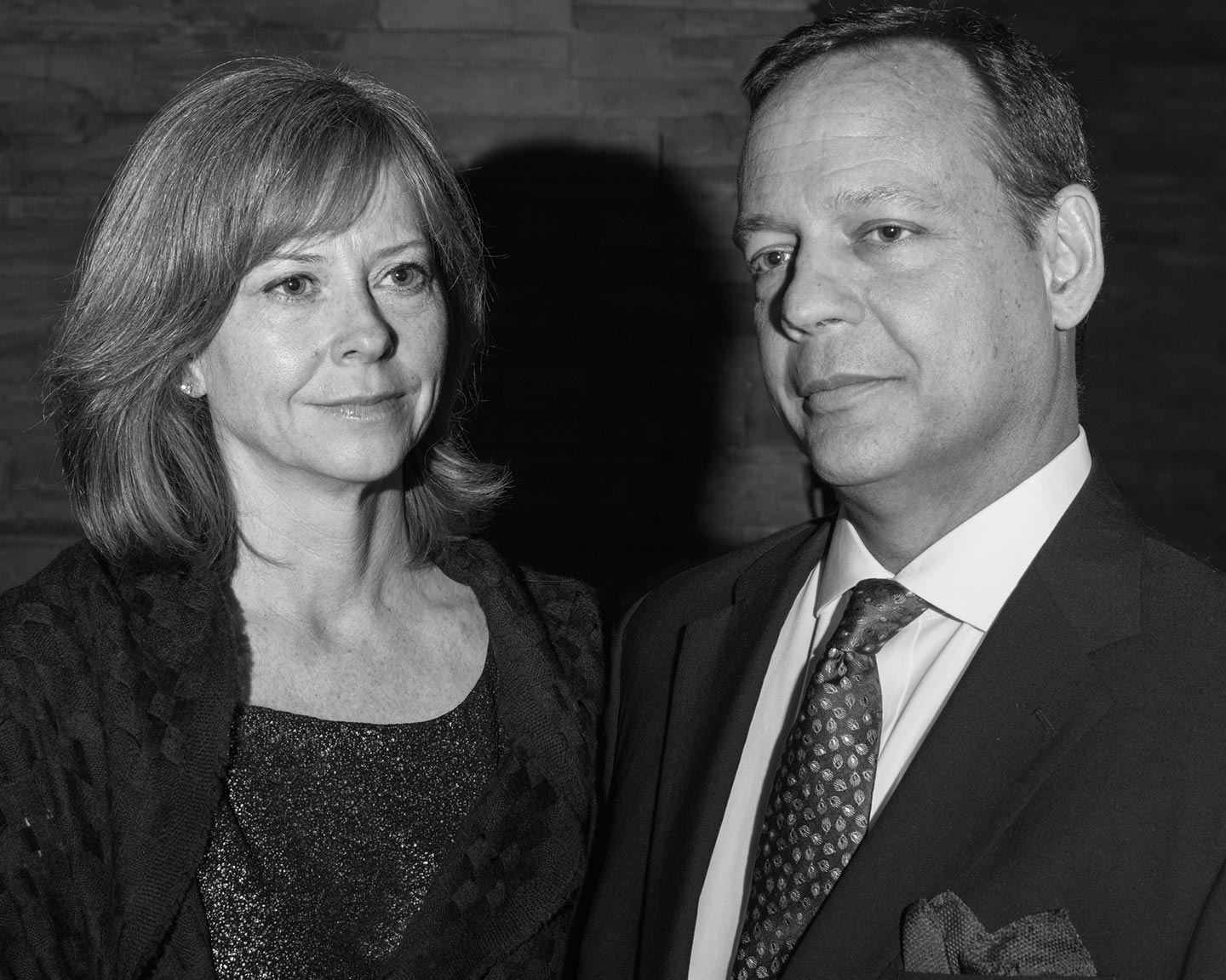 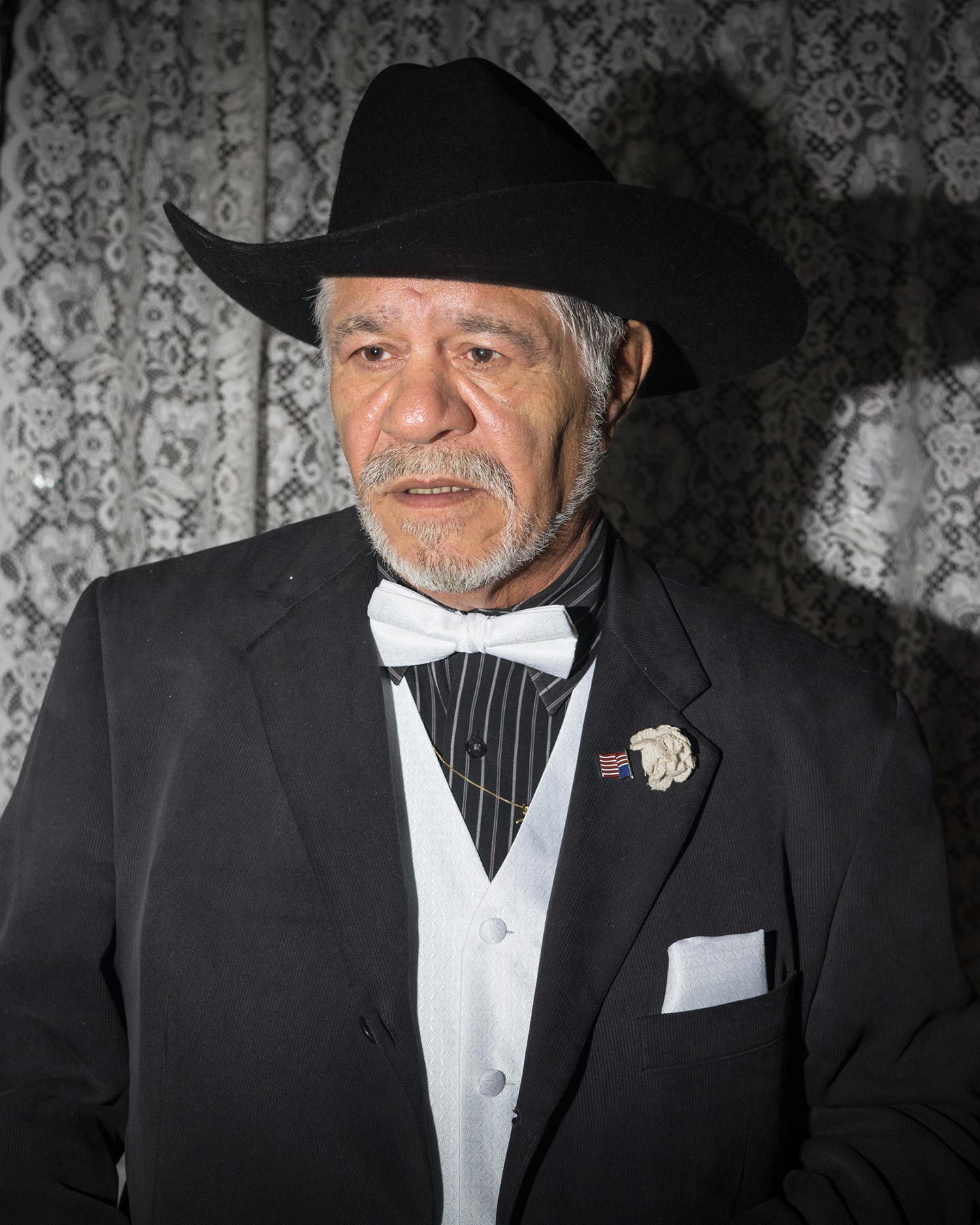 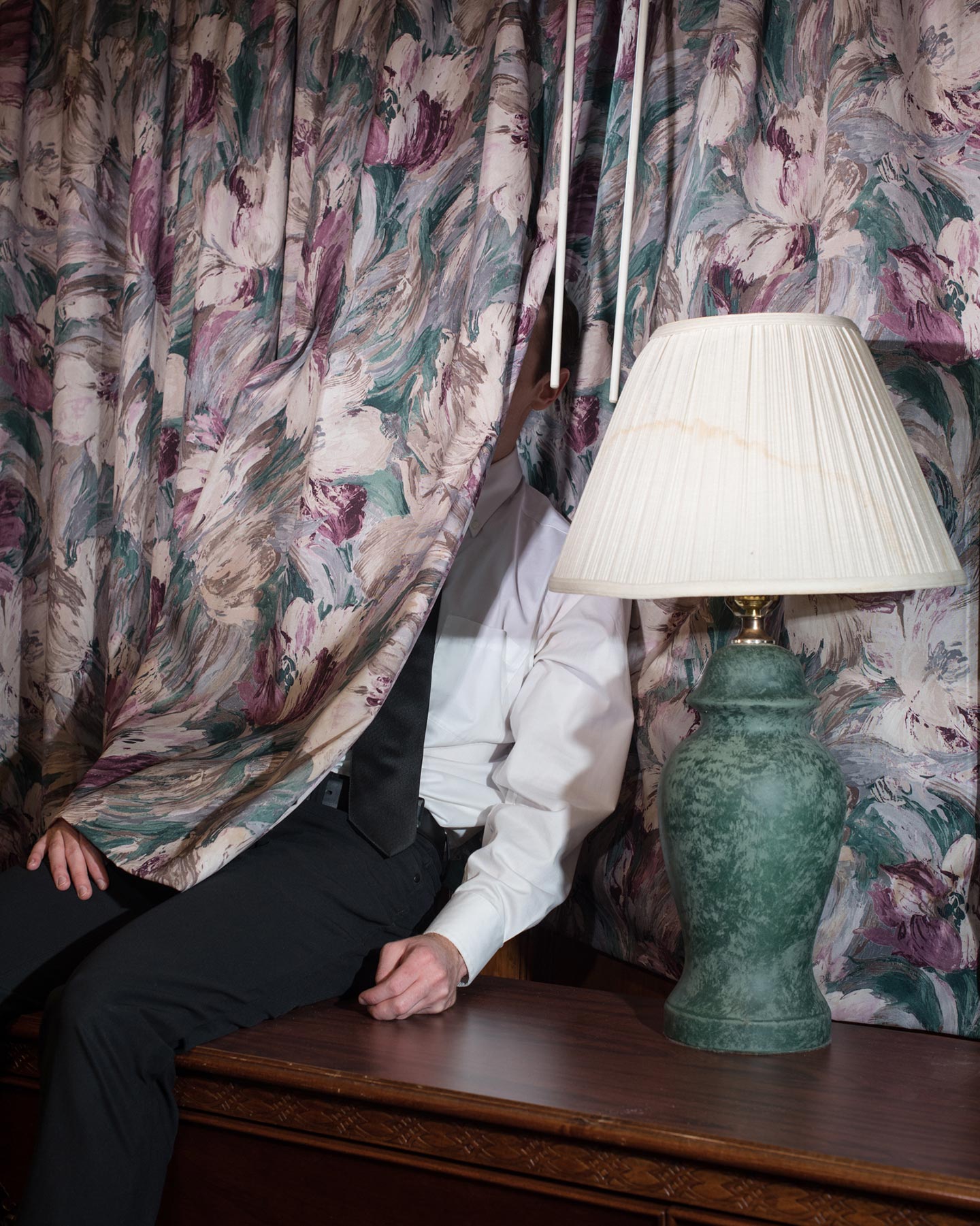 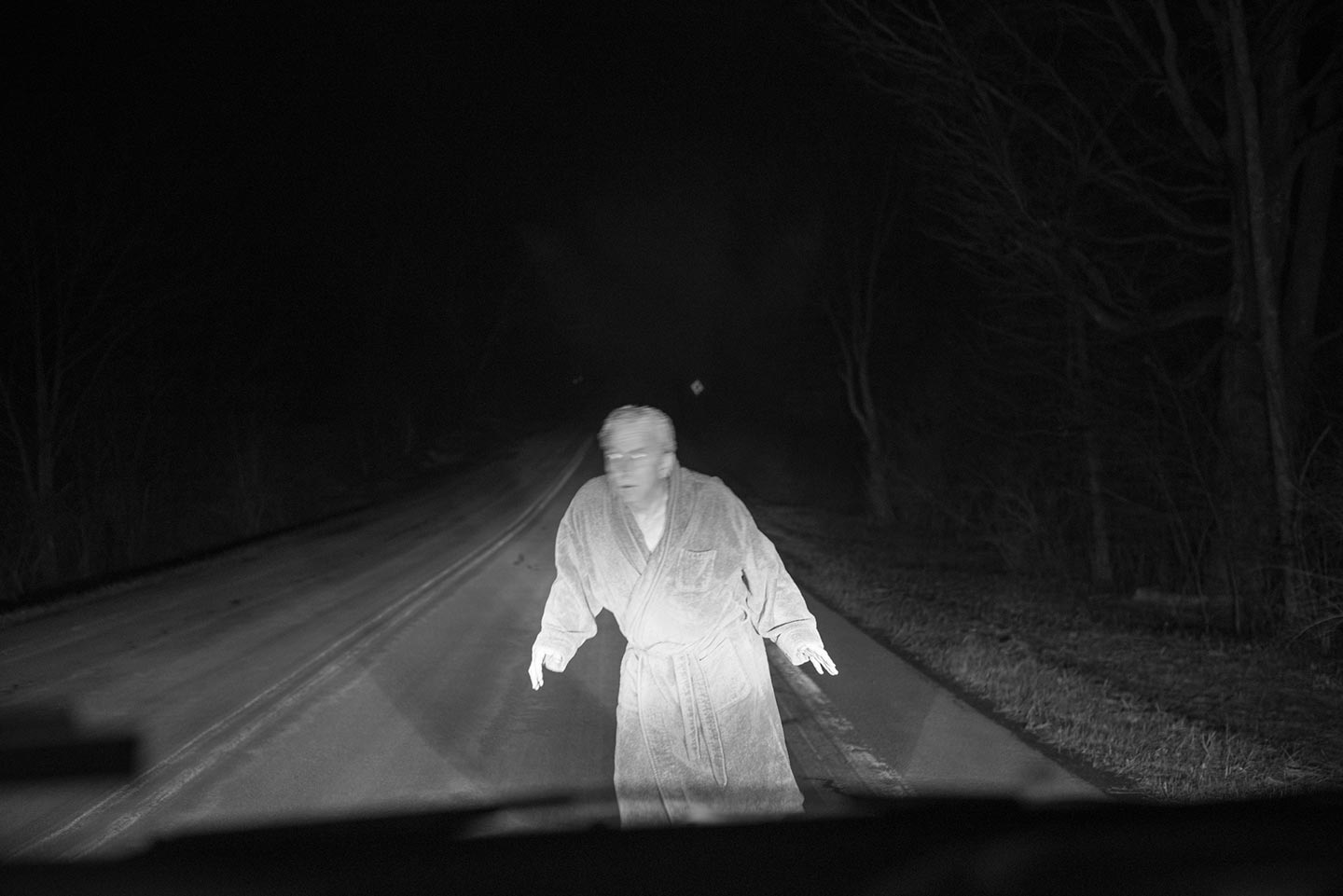 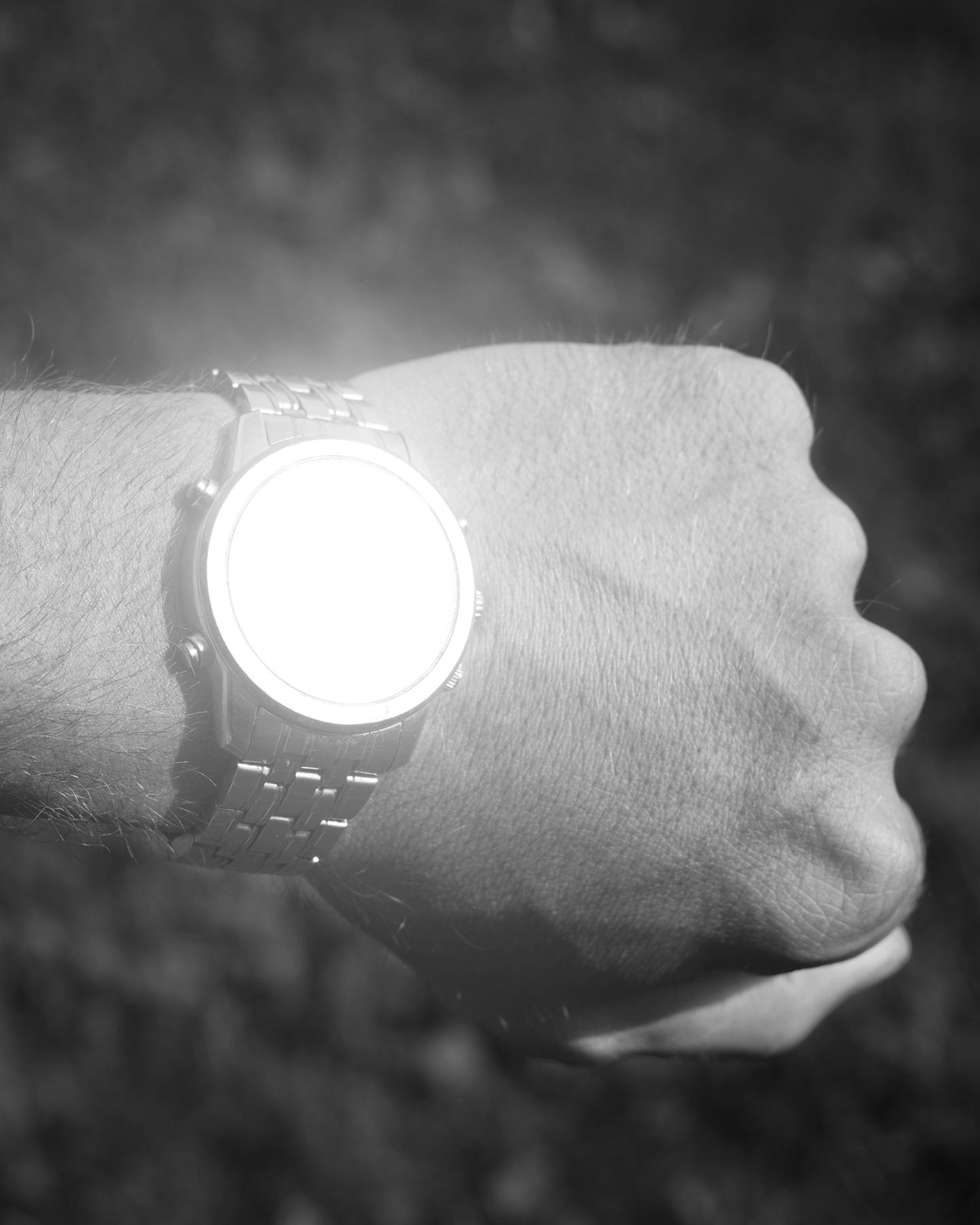 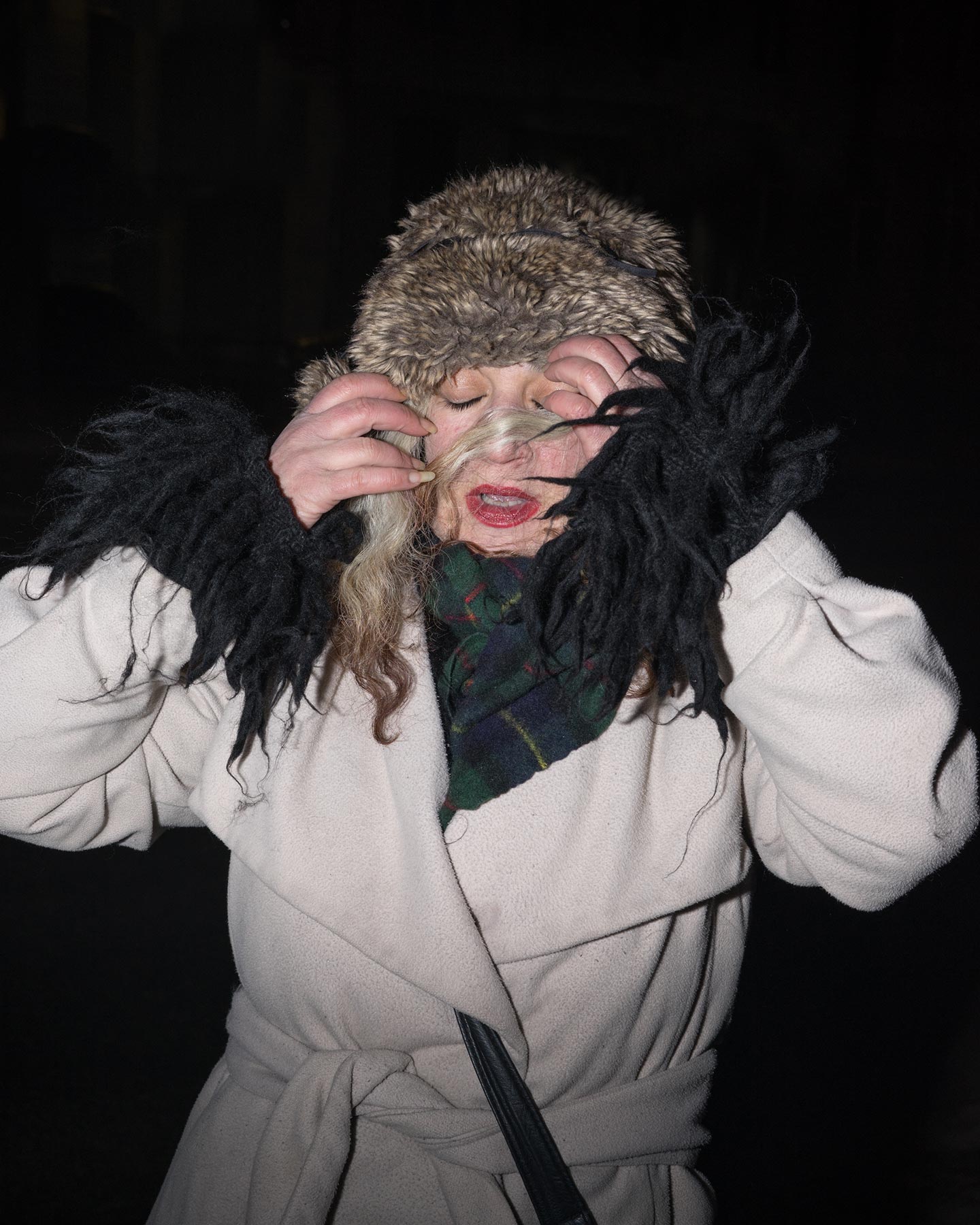 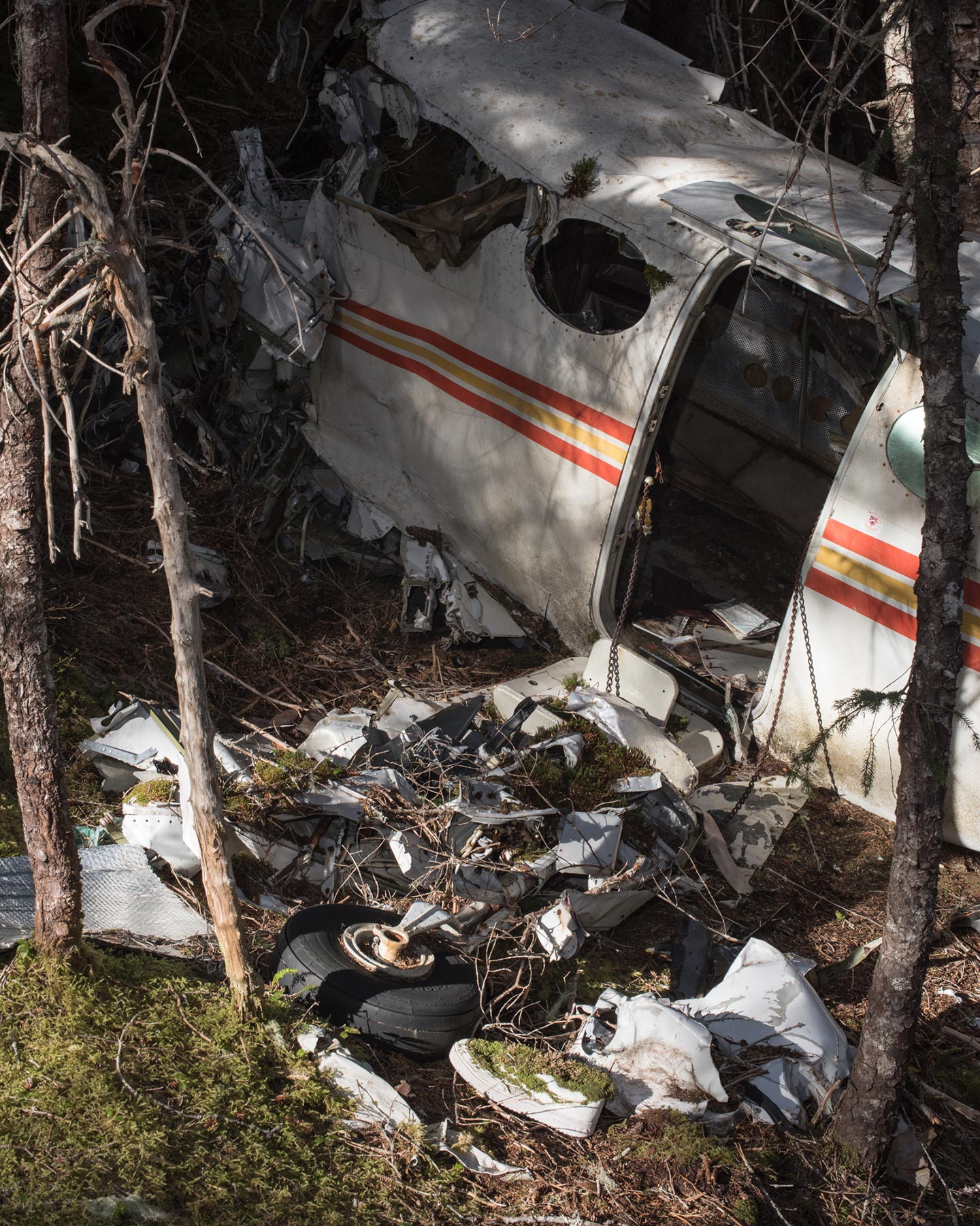 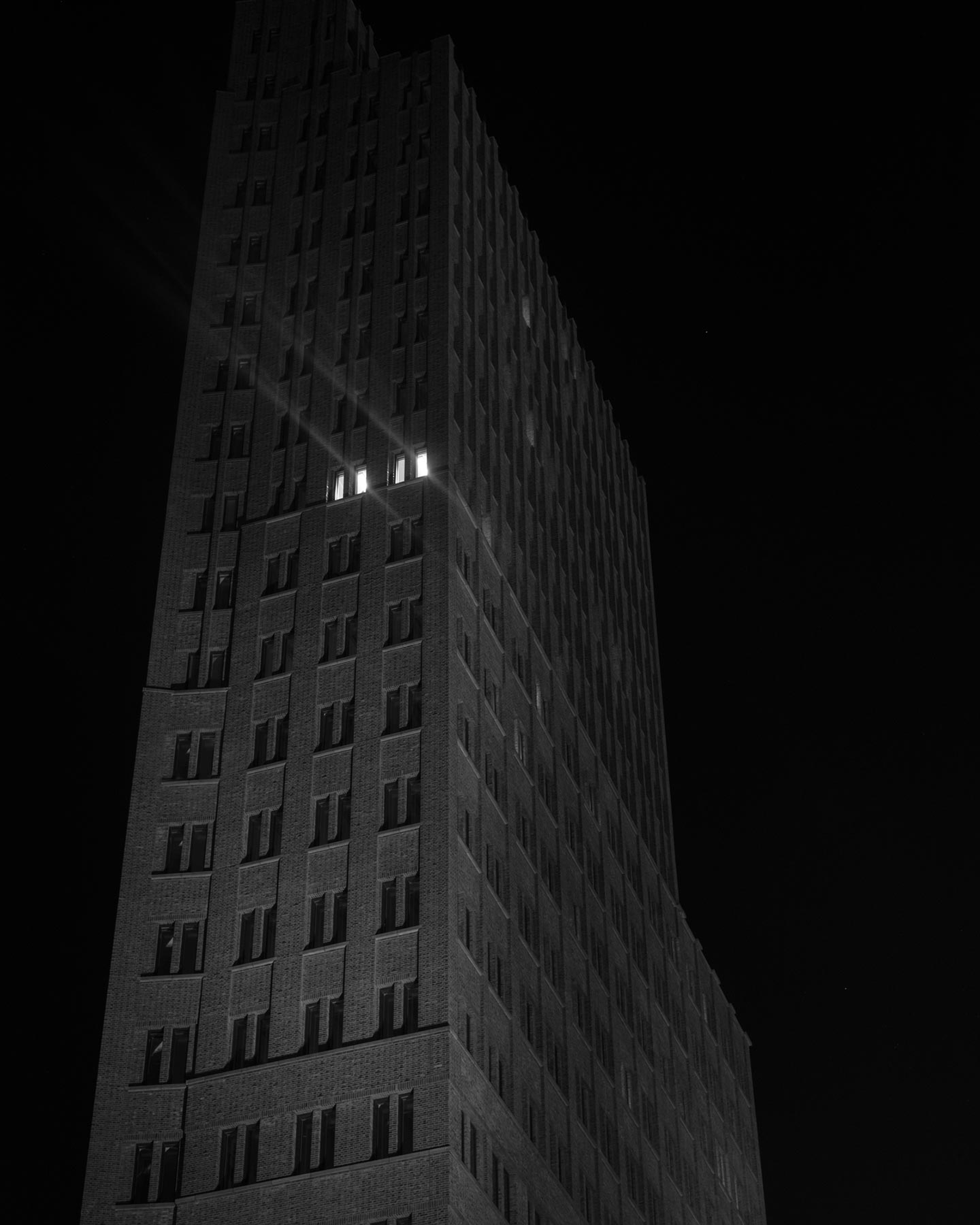 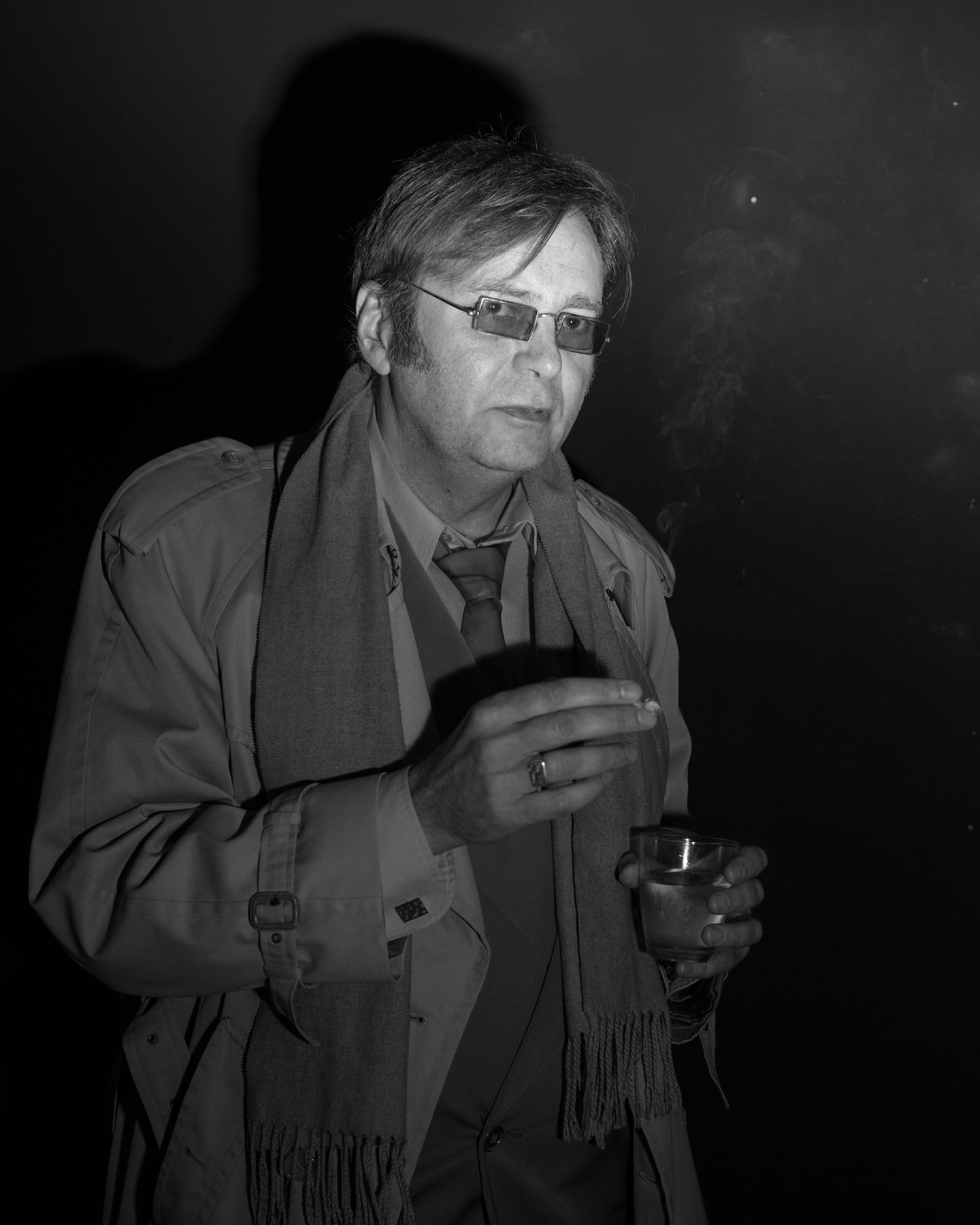 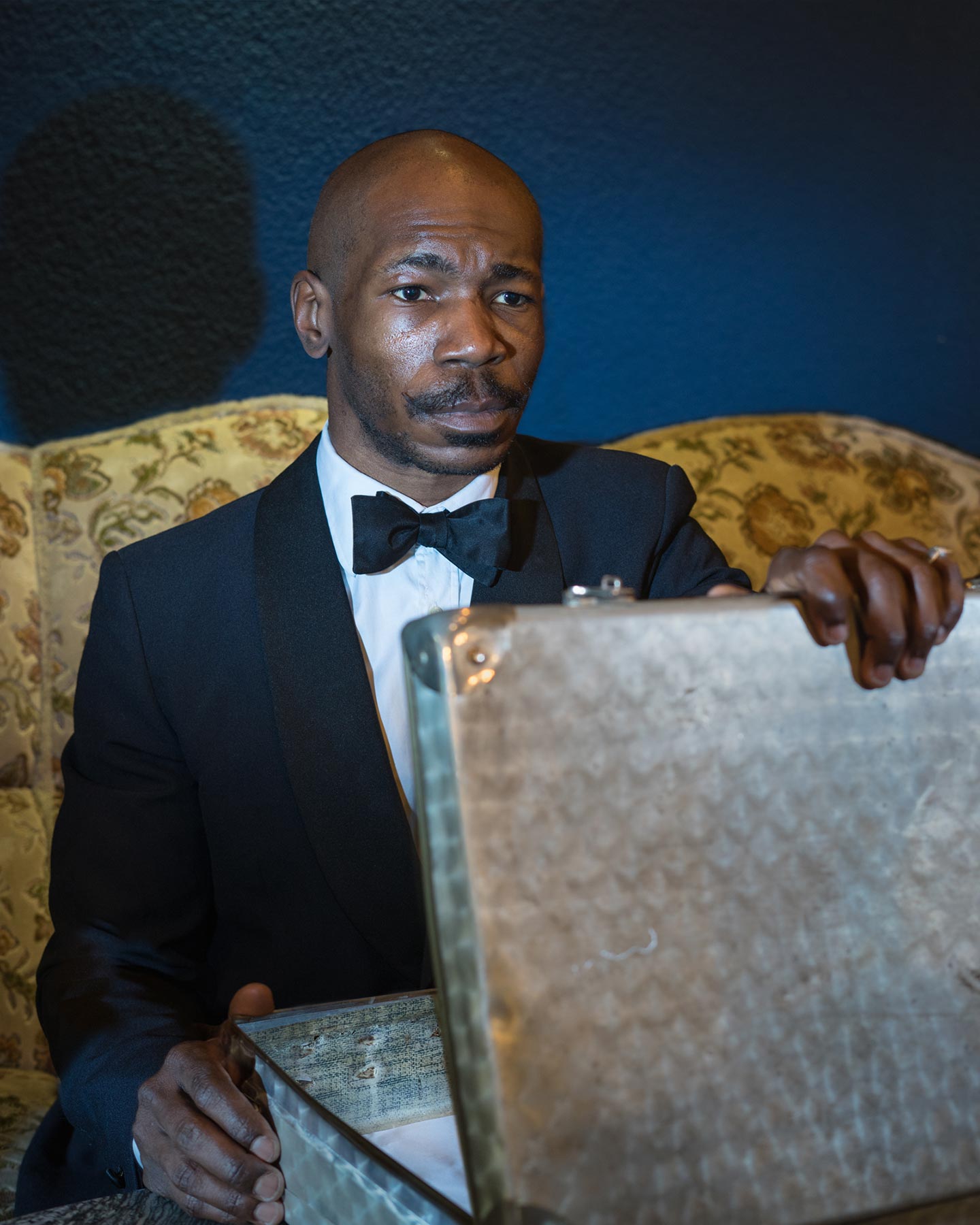 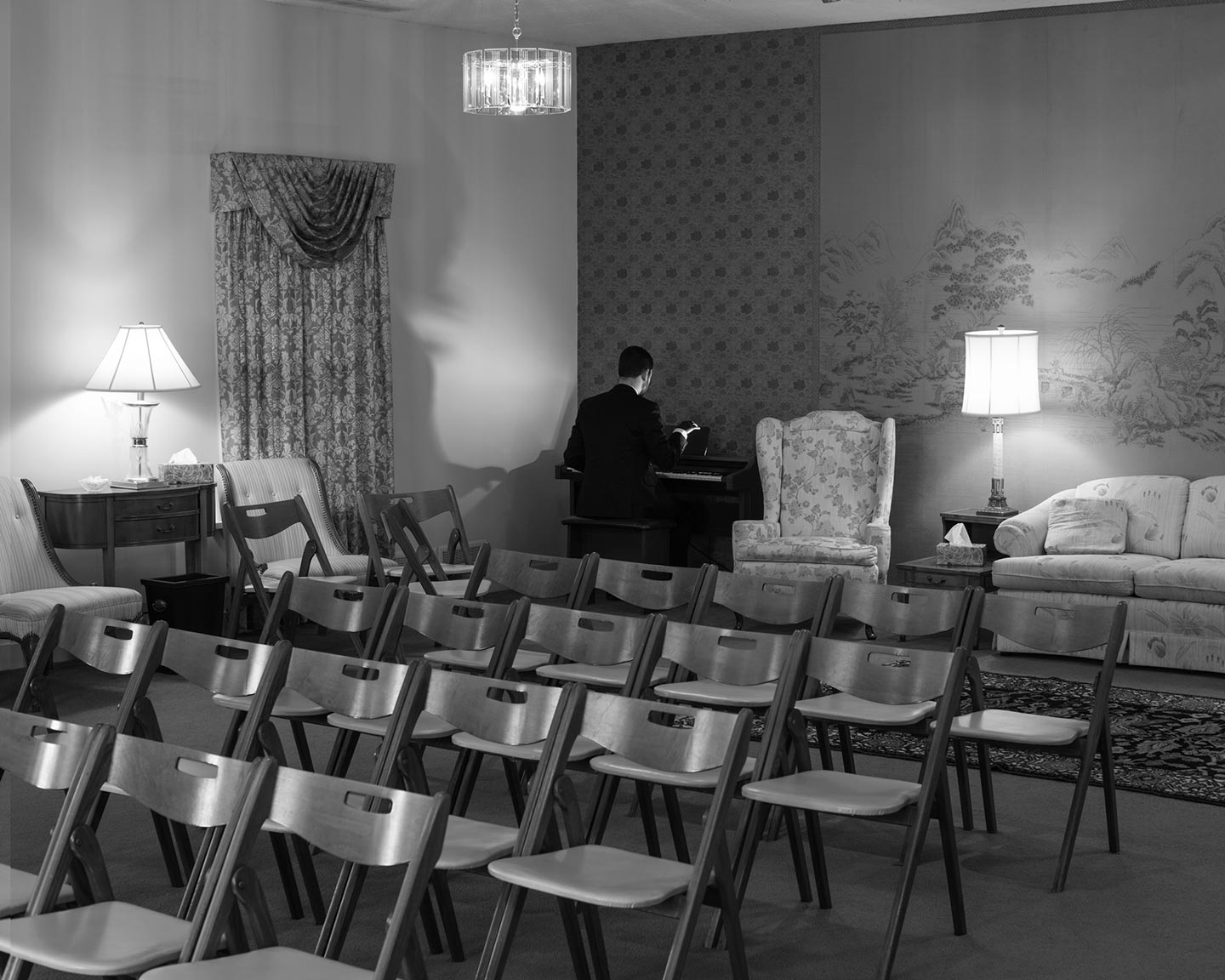 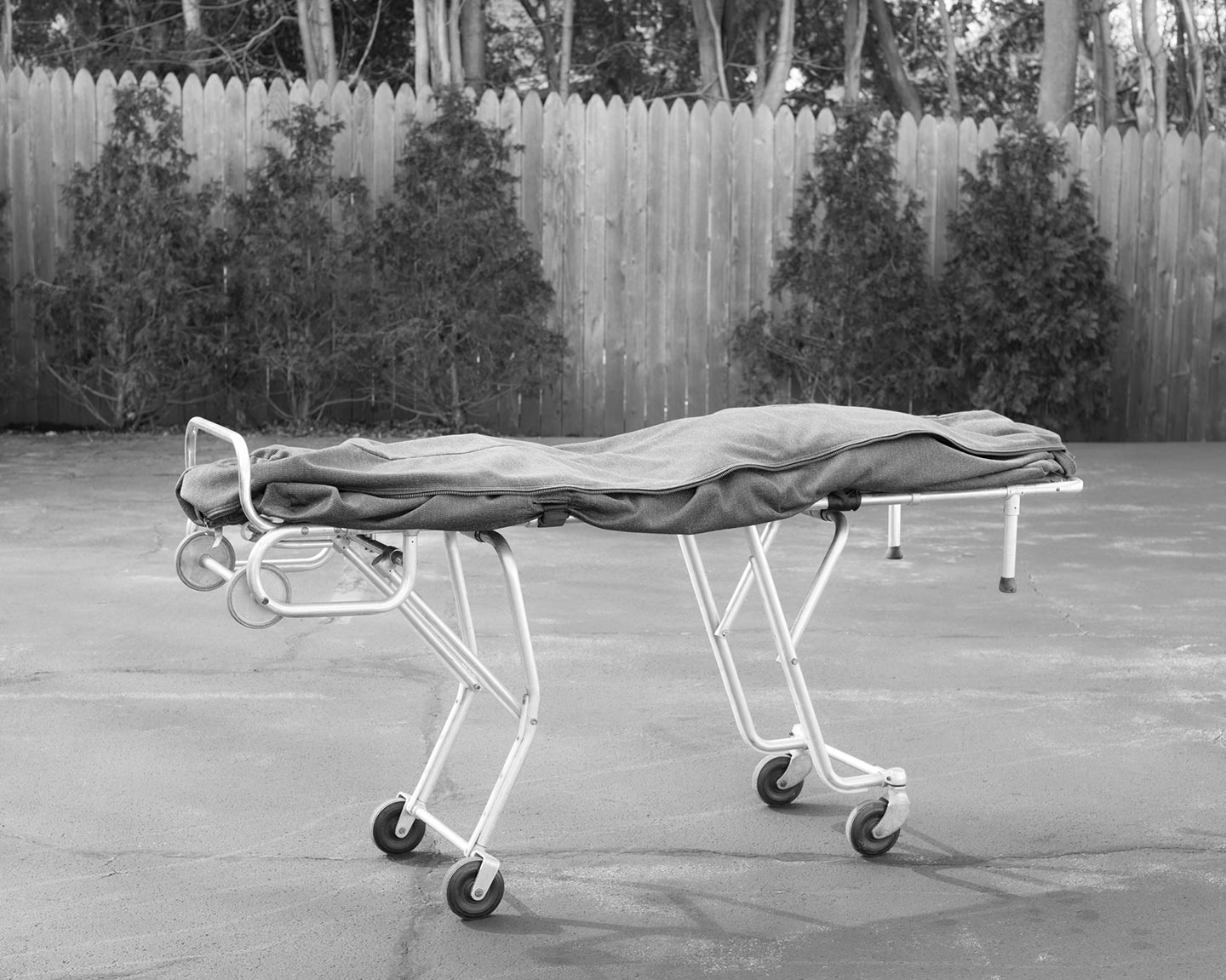 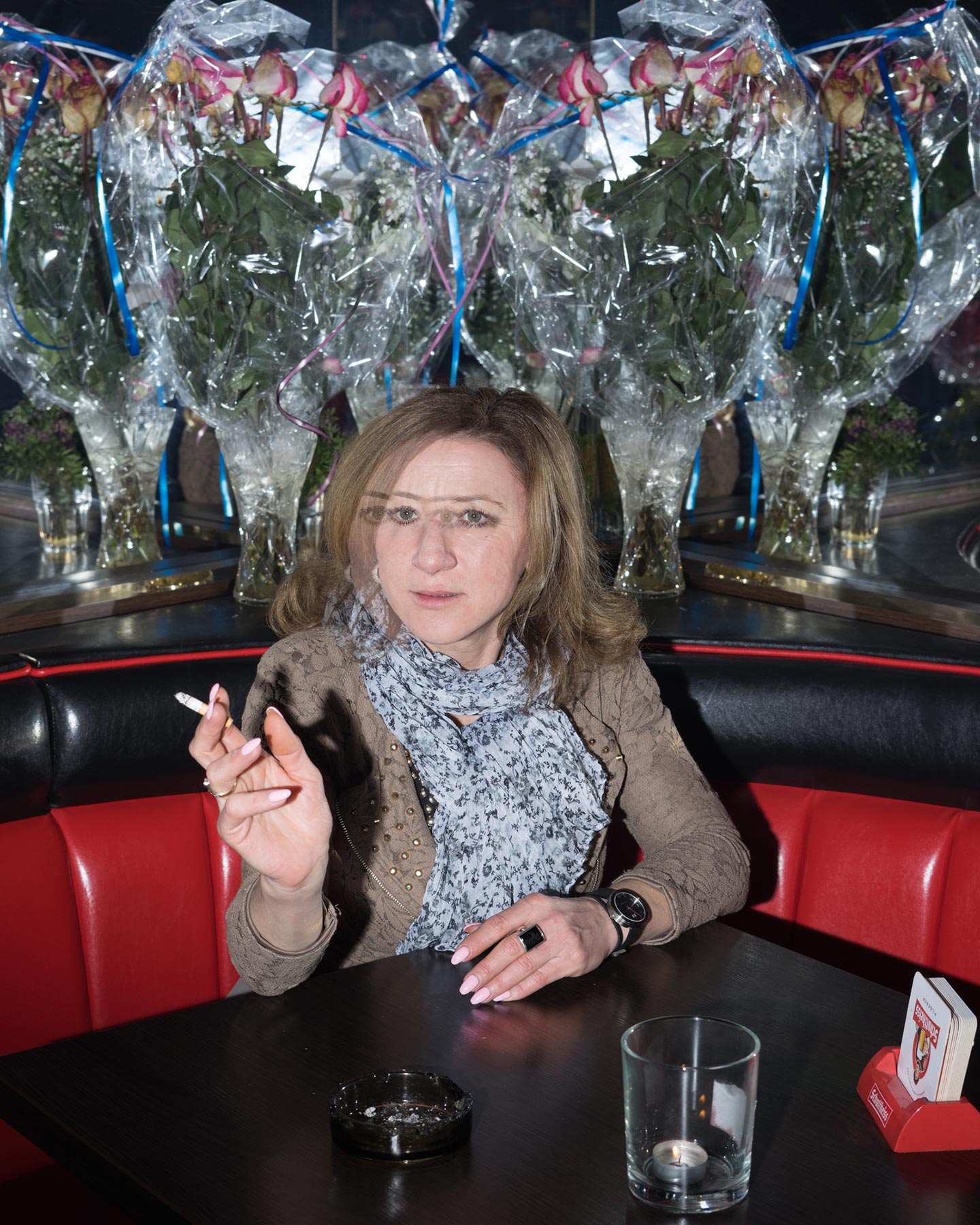 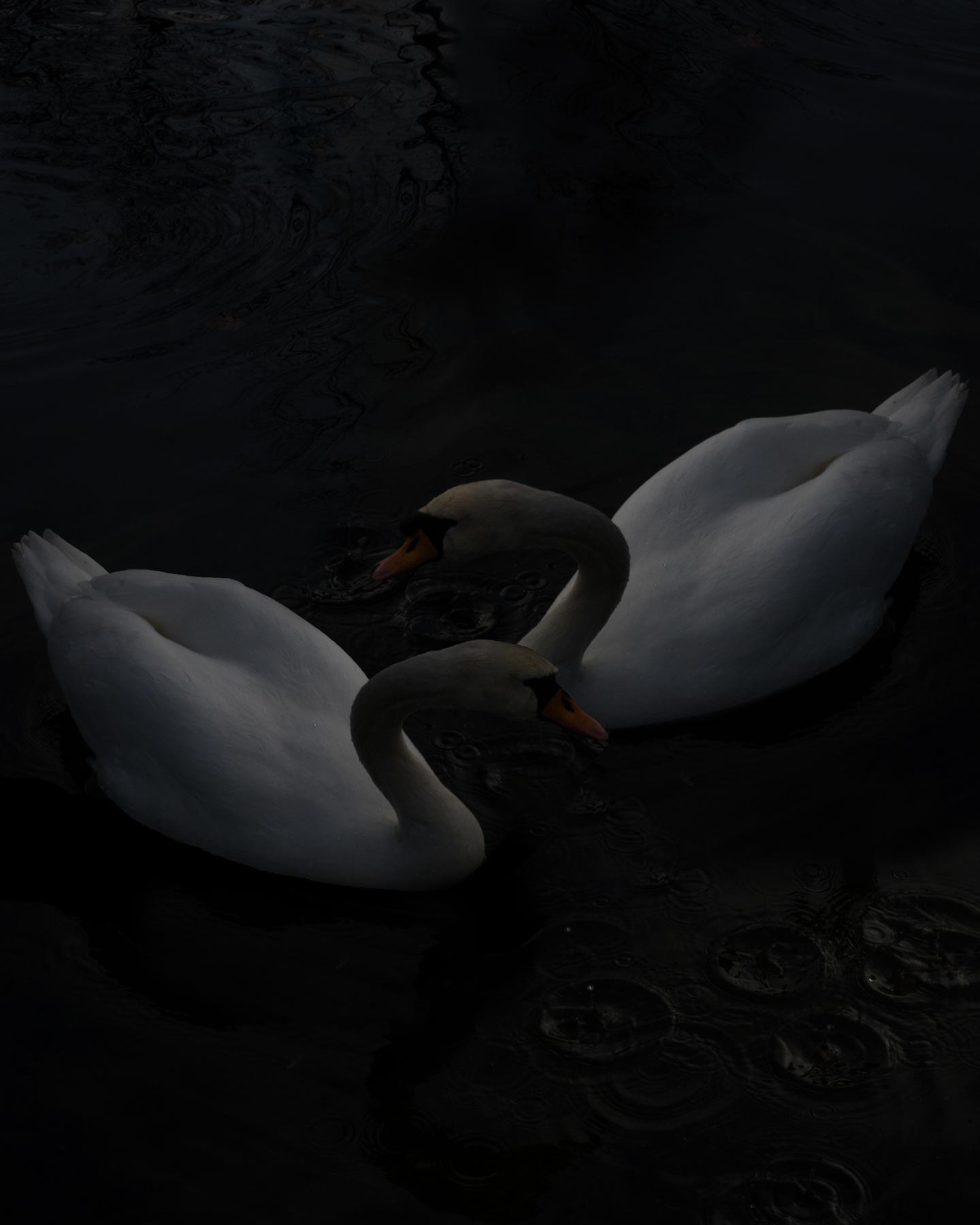 Something More Than Night by 36 year-old American photographer Michael Hicks is a series of enigmatic, conceptual photographs shot part in color, part in black and white and with a keen cinematic style. “I think of it as staging a mystery about the search for purpose in an absurd world” Michael says of the work: “The human subjects in the photos are solitary characters who are drifting through the landscape in a sort of role play. There is a sense that things are about to fall apart but people are barely holding onto this facade of normalcy. The photographs live in a moment of tension that ultimately never gets resolved.”

The project originated from Michael’s own reflections on the meaning of life: “I think a lot about what gives life meaning to us as individuals in the frenzy and senselessness of our current time. It sometimes seems like we aren’t living life so much as we are performing it: we play various roles not always because we want to, but because it is expected of us or it’s what we’re supposed to do, or it’s what we’ve always done and it’s all we know. I’m interested in what can be hidden underneath this layer of performativity, in pretending that things are okay when they’re really not. With this work, I wanted to create a surreal, surrogate version of life, something that had a sense of artifice to it and that also spoke to the strangeness of how life feels to me at this particular moment.”

“Alienation, loneliness, and emptiness all are too often at the center of being alive today, despite the fact that we are all so connected” he continues. “So much of what is made today isn’t real, but is constructed to resemble or reference something that is real. It worries me that we’re so alienated from ourselves, from each other, from our surroundings and from what makes us happy. And ultimately, there’s this feeling like things are on the brink of collapse though we insist on upholding this sense of normalcy. I wanted to make a project that reflected all of these ideas, but that also left a lot of space for the viewer’s own ideas and experiences.”

About creating the images of Something More Than Night, Michael shares that “I look for something very specific. With the portraits I want someone who looks like they’re playing a character, whether they’re the main character or an extra in this ensemble I’ve created. The way they look will often reference film or pop culture. I have this portrait of someone who looks like a film noir detective right out of central casting, and he also happens to bear a striking resemblance to Elton John. I find that combination really interesting and intensely strange. As to locations, I look for places that feel like film sets: weird old hotels, bars, ballrooms, theaters, etc. I remove much of the context that anchors the viewer to a specific place, so you end up feeling a bit unsettled, like you’ve entered a world that resembles ours but feels different. It’s almost like it’s a reference to America but it’s not really America—it’s more like a set design of the American landscape. The images are made to feel very theatrical.”

Some of the references Michael had in mind while working on Something More Than Night include “the tv show The Twilight Zone, Raymond Chandler’s books, Adam Curtis’s films, pulp and sci-fi, and men’s fashion. I also get a lot of ideas just from watching or reading the news, in seeing how stories are framed and how people carry themselves on television and in news conferences.”

Ideally, Michael hopes that the work can be “something that will resonate with the viewer emotionally but will also feel very mysterious and elusive. I want it to be one of those projects that you can dive into again and again and find something new.”

Michael’s main interest as a photographer lies in exploring “the roles we perform in everyday life—who we are versus what we project to the outside world and the strangeness underneath an ordinary surface.” The main influence on his practice has been “never really having a sense of what my purpose in life was before photography, bouncing around from almost a dozen different cities and as many jobs in the last ten years, trying a dozen or so careers and personas, hoping something would stick. I was also influenced by my dad, who always told me to try to find something I was passionate about doing and tried to push me to not get stuck in a career that I hated.”

Some of Michael’s favorite contemporary photographers are Yasser Aggour, Courtney Asztalos, Antone Dolezal, Michael Marcelle, Keegan Grandbois, KangHee Kim and Mårten Lange. The last photobook he bought was Domestic Flight by Camille Piquot, and the next he’s going to be will be Abendlied by Birthe Piontek.