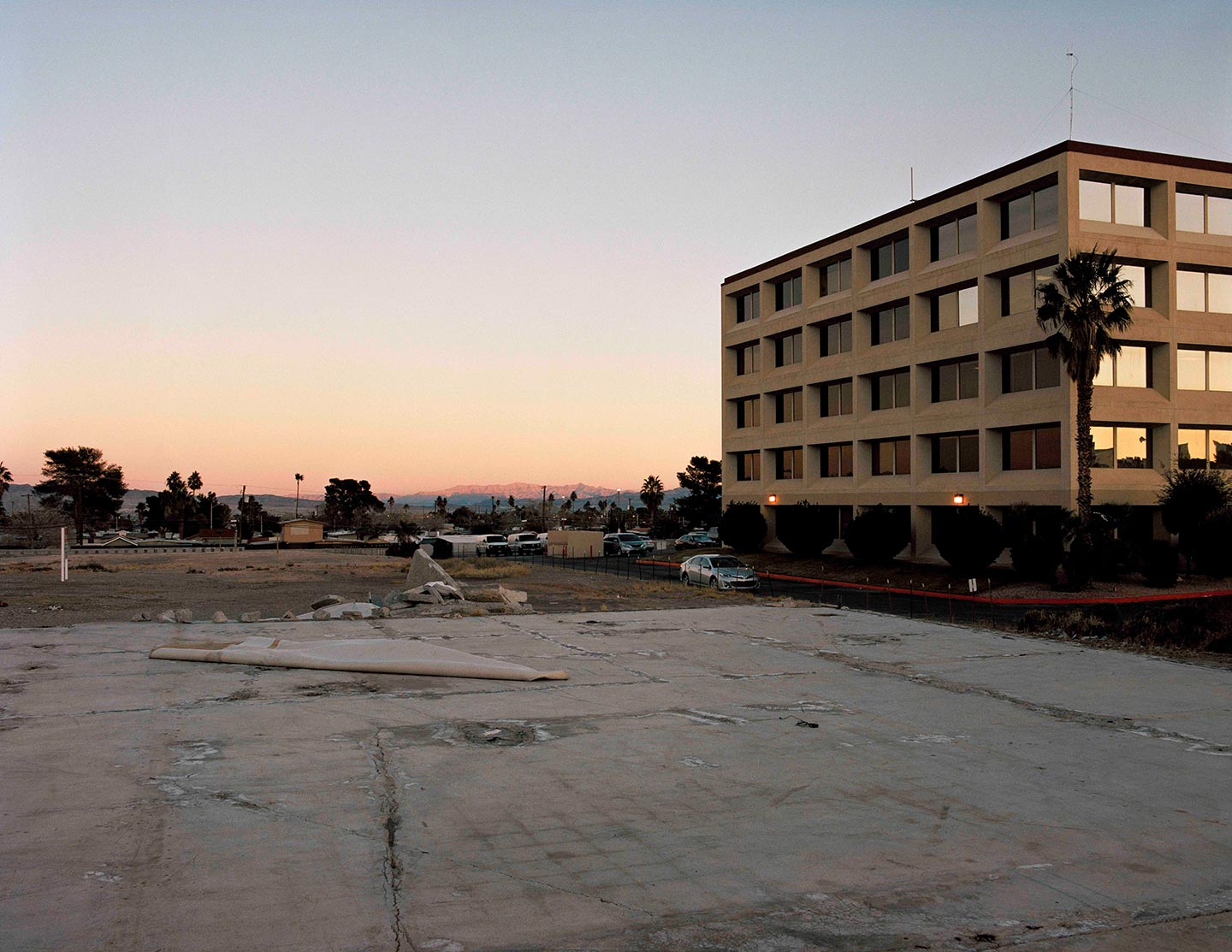 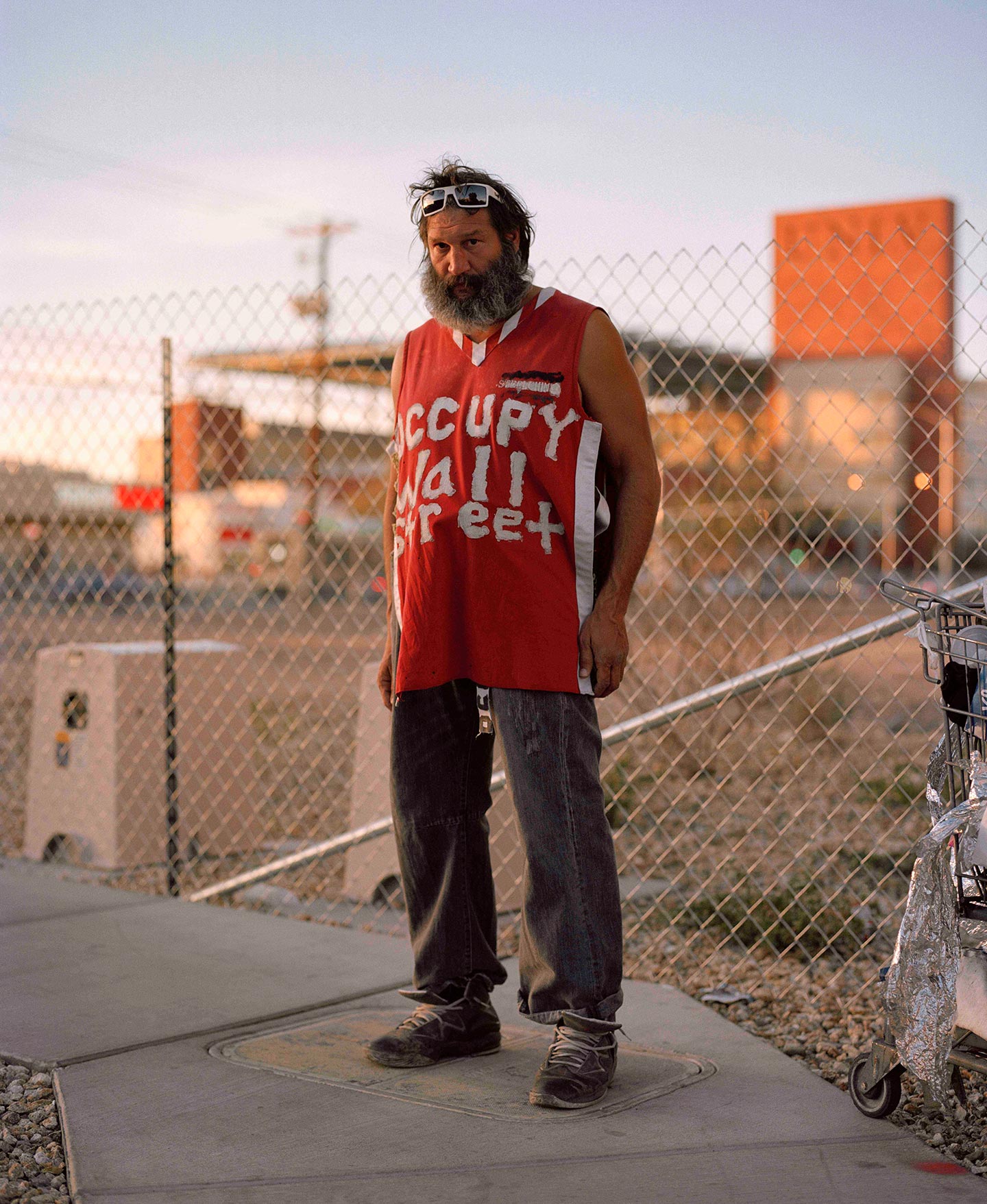 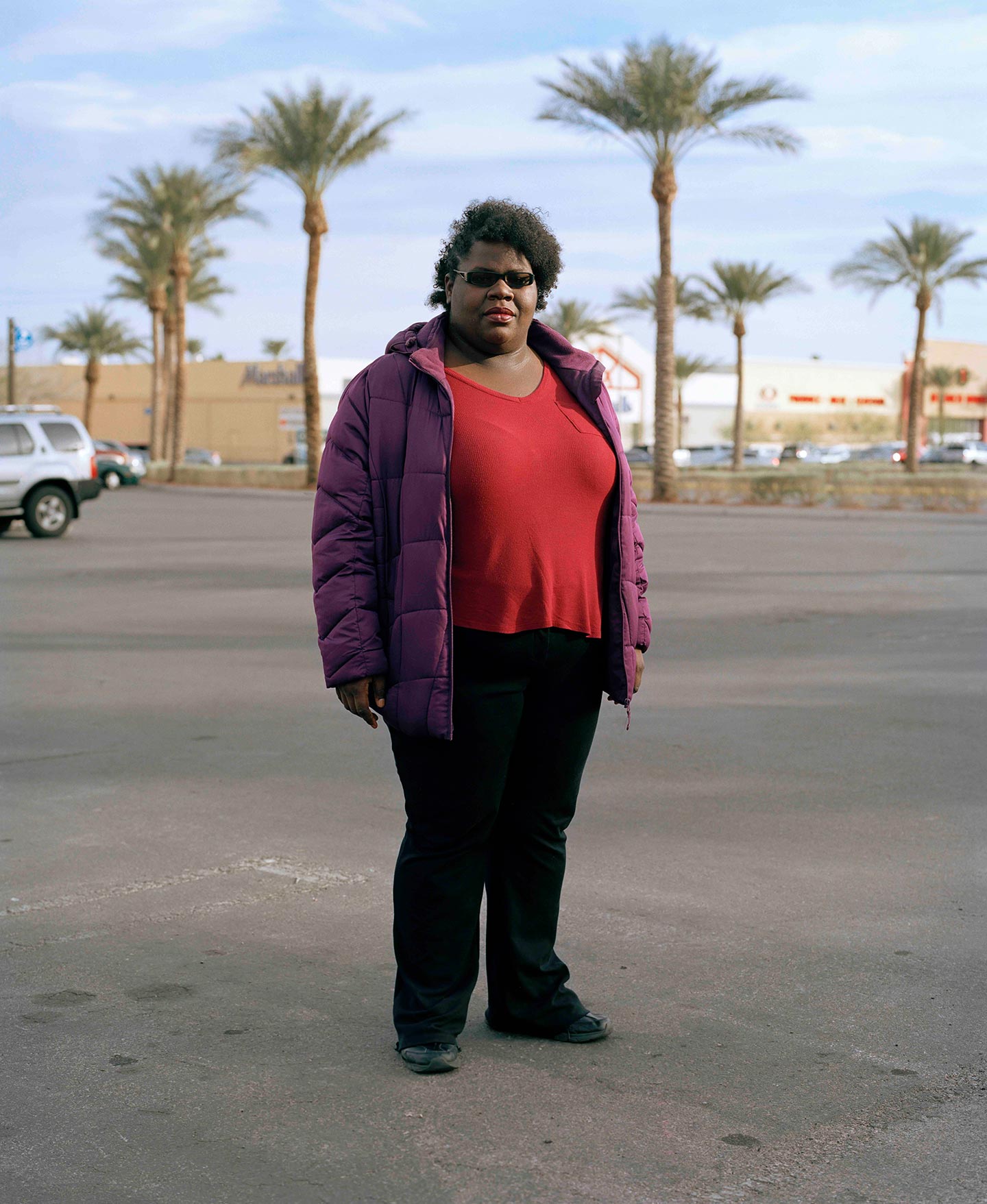 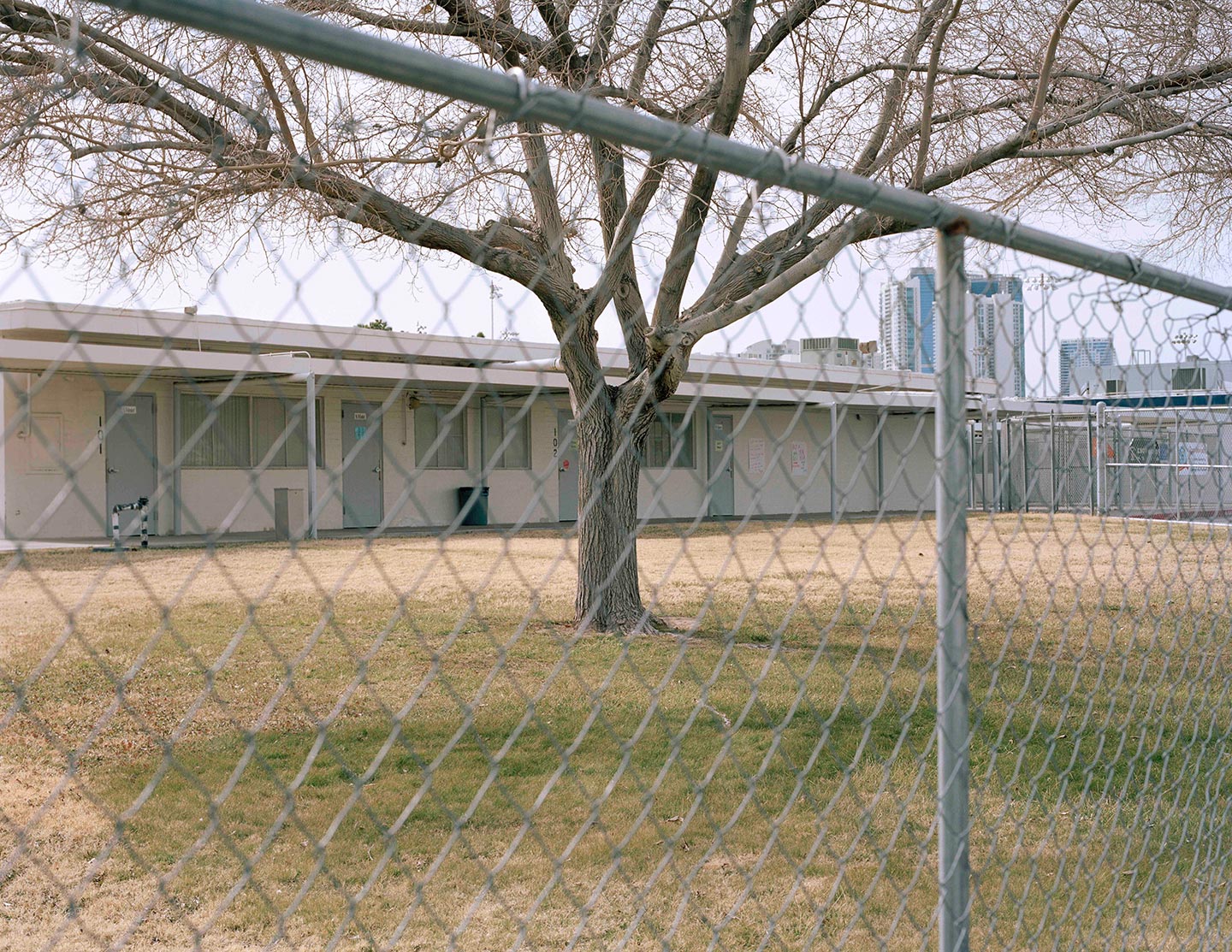 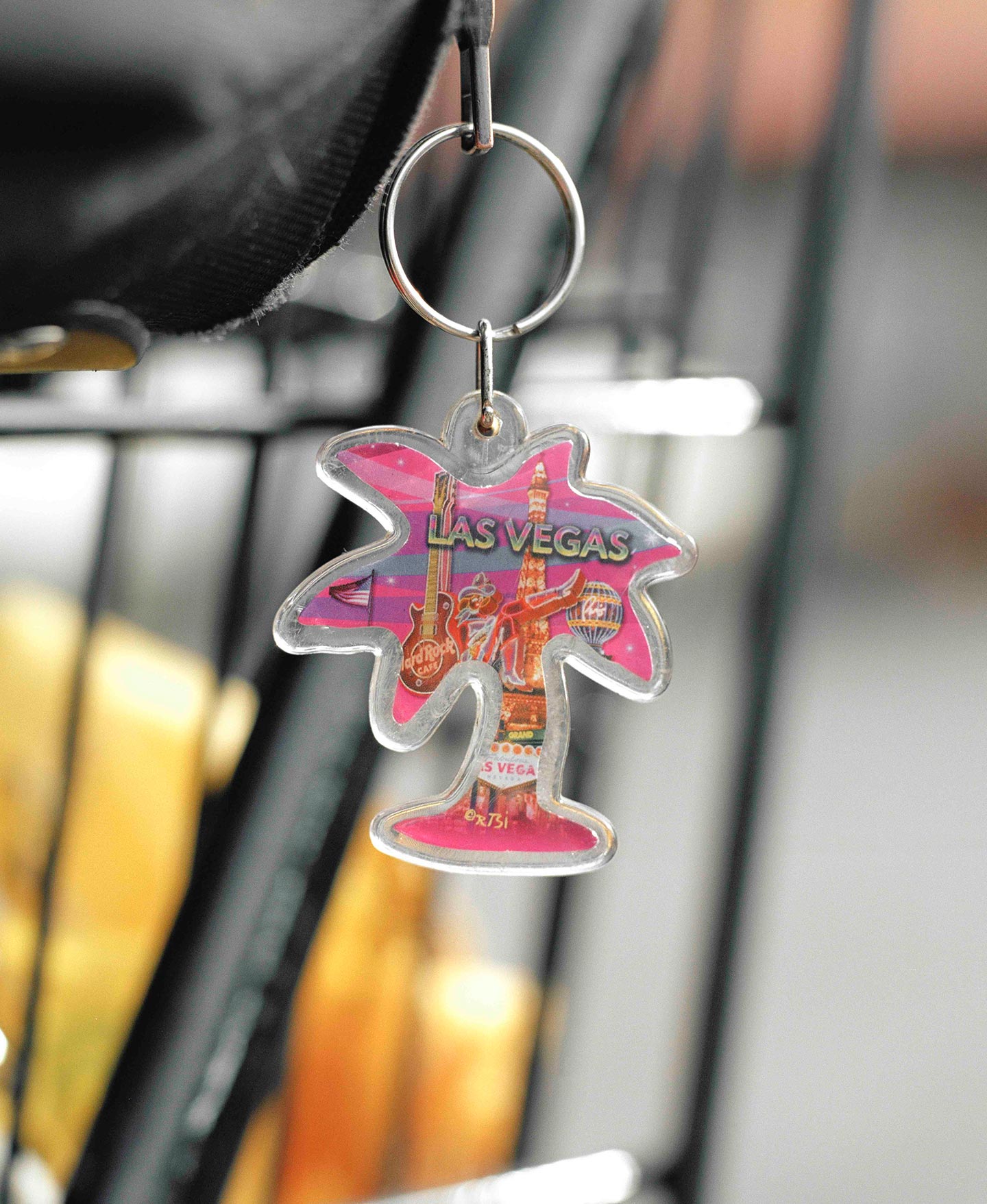 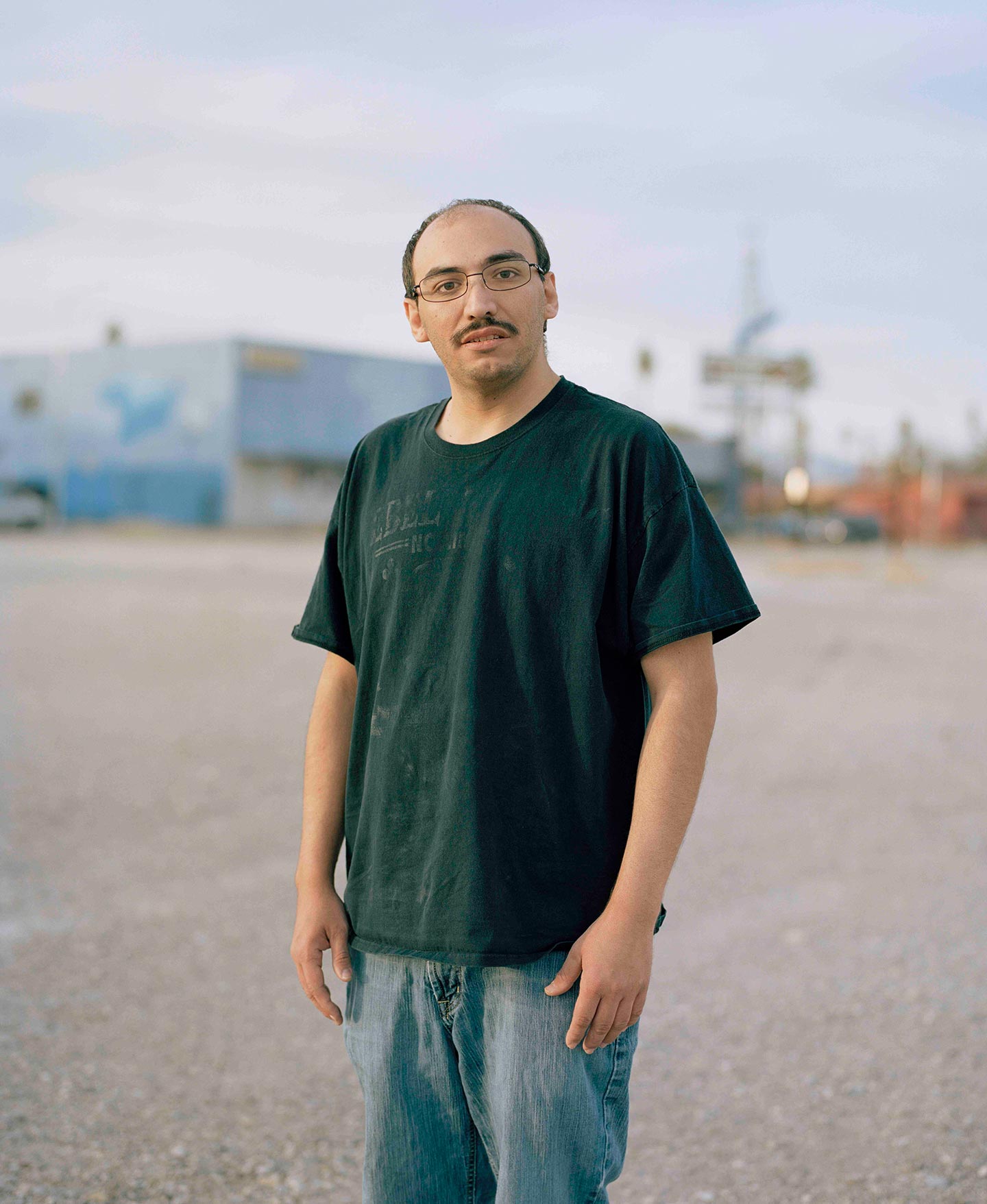 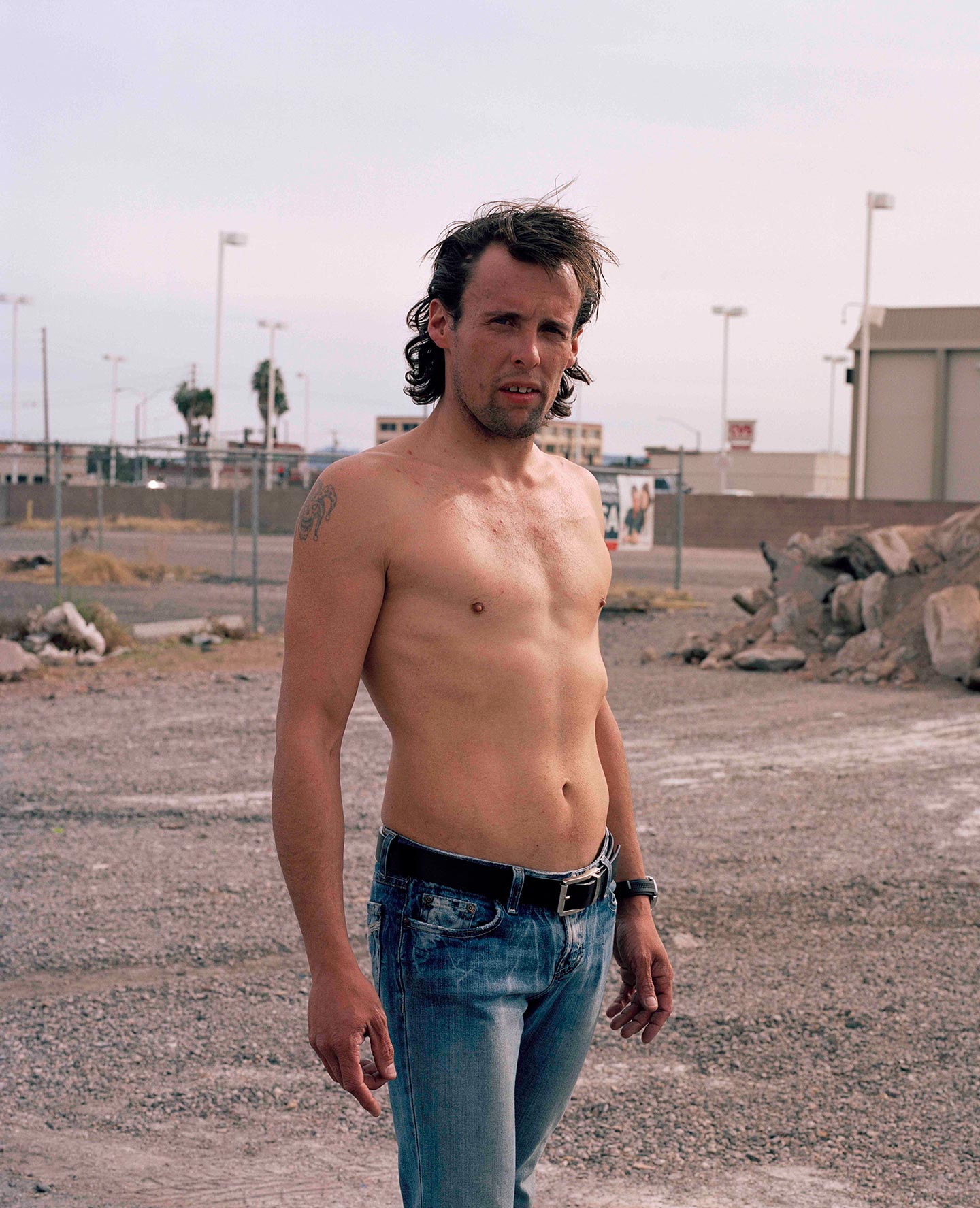 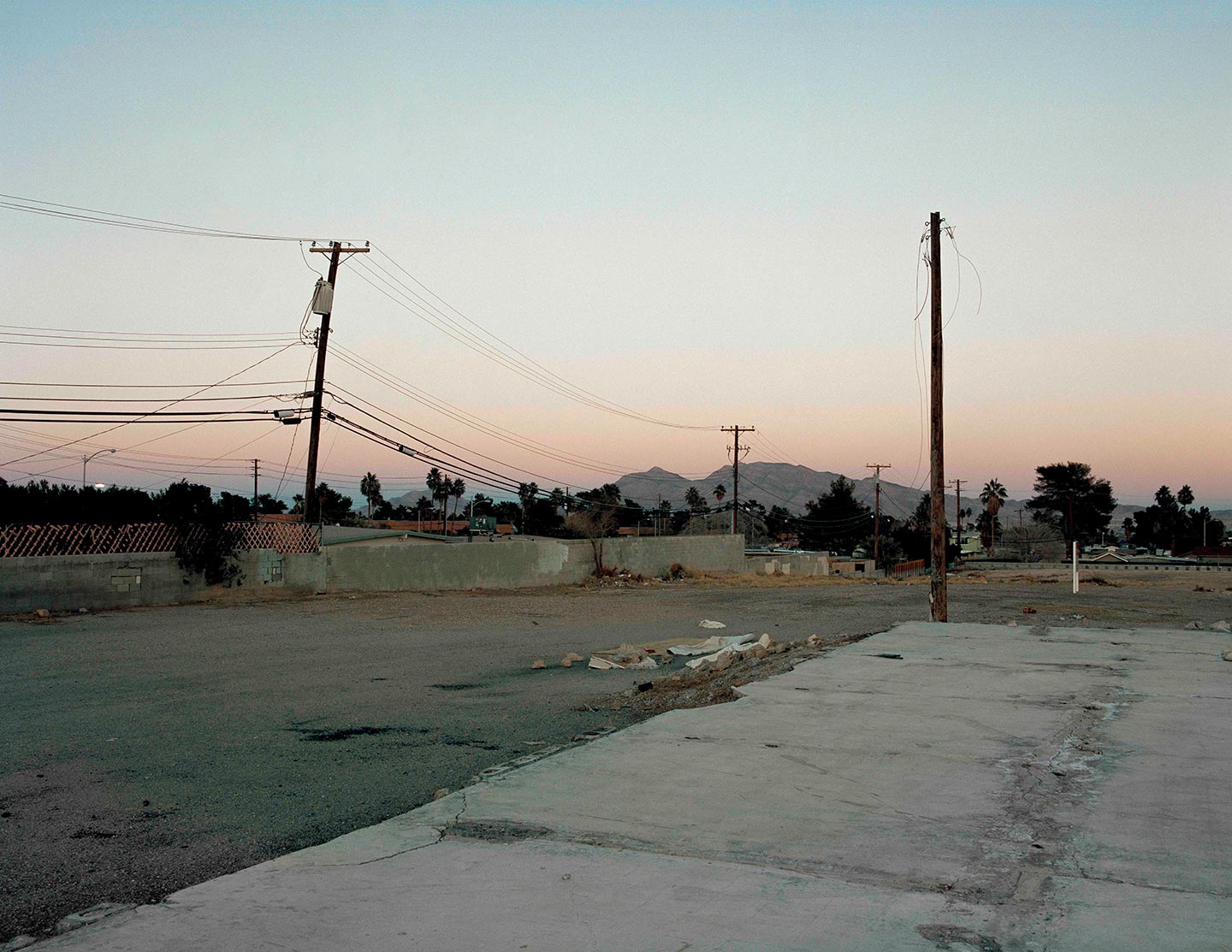 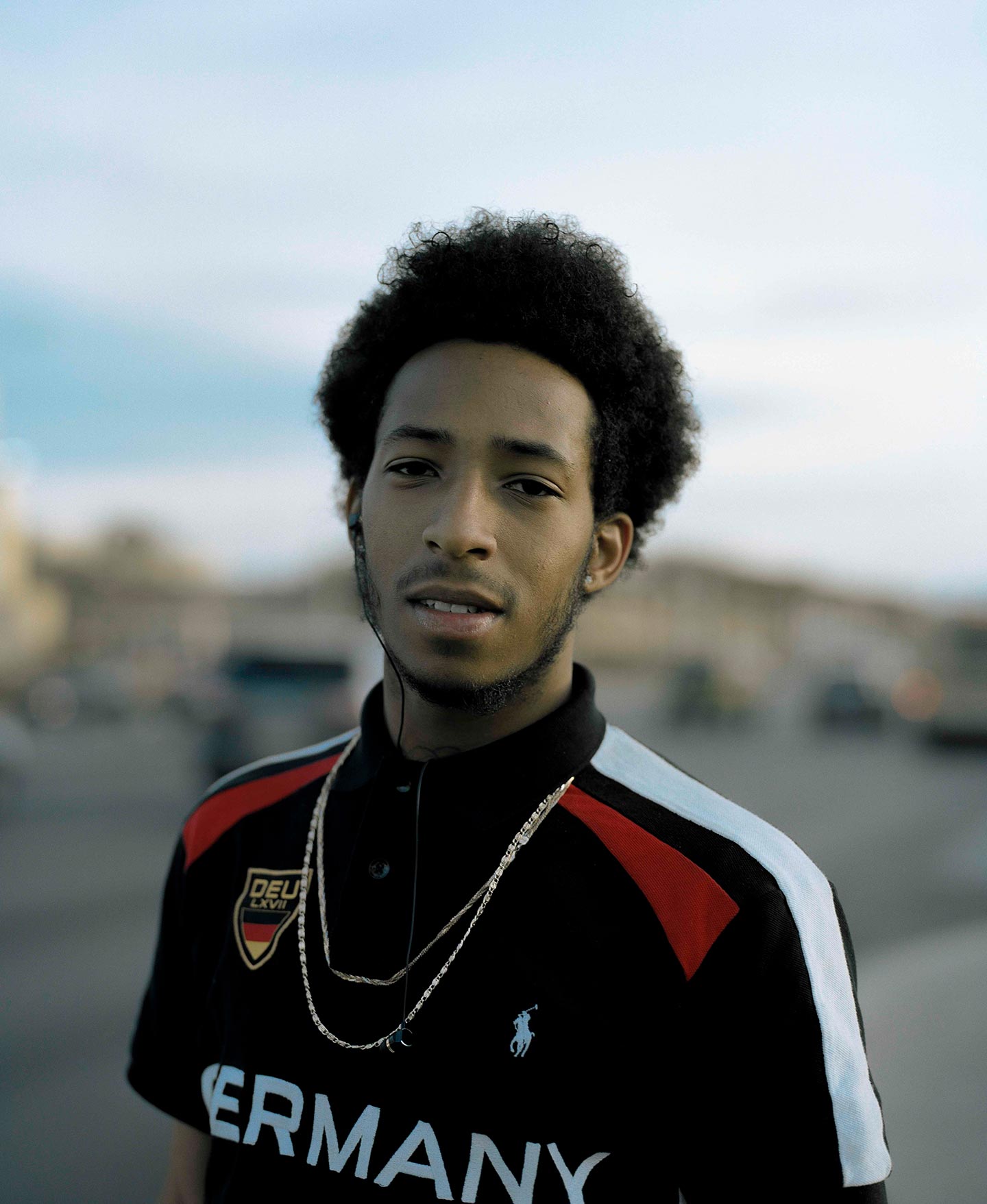 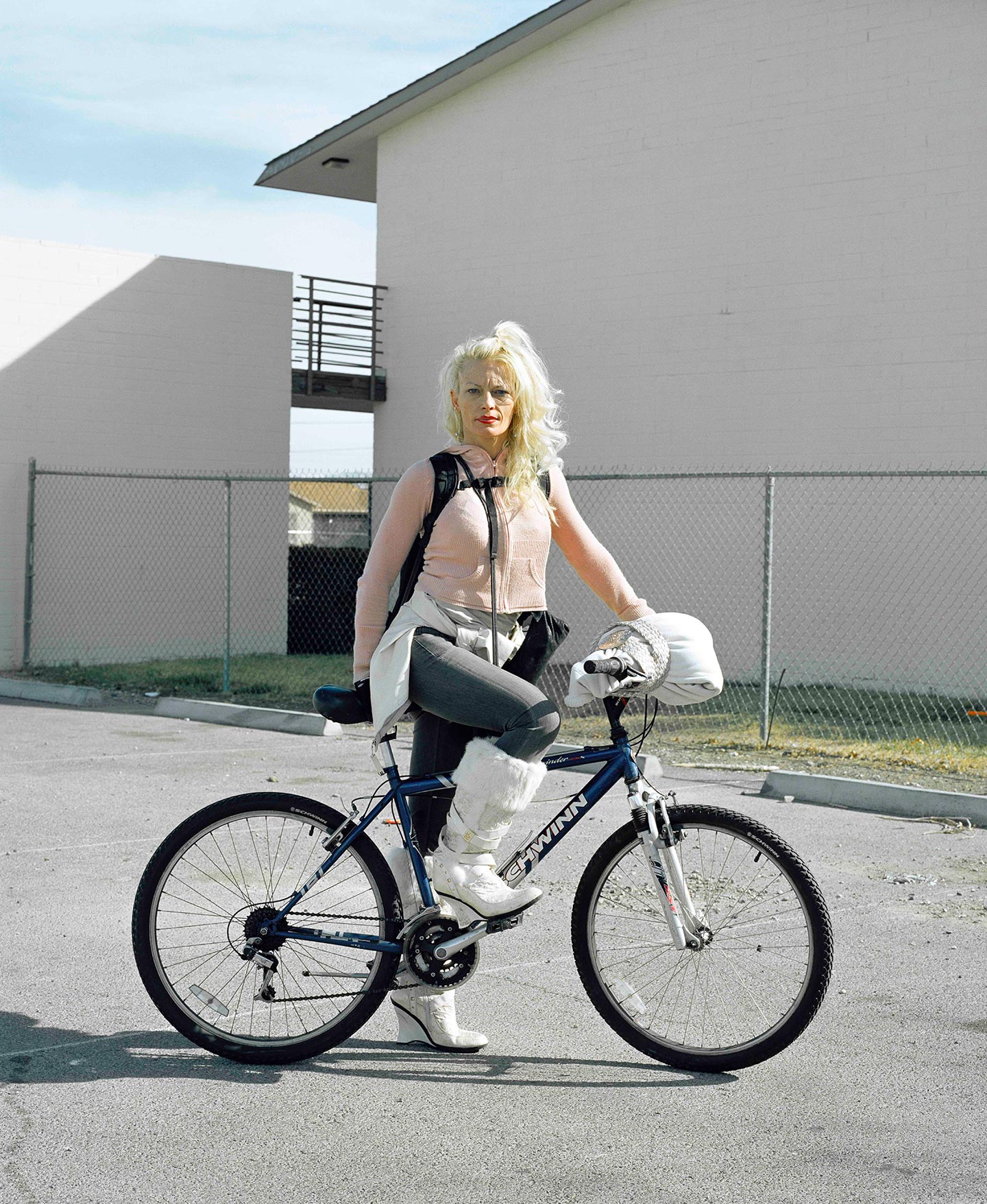 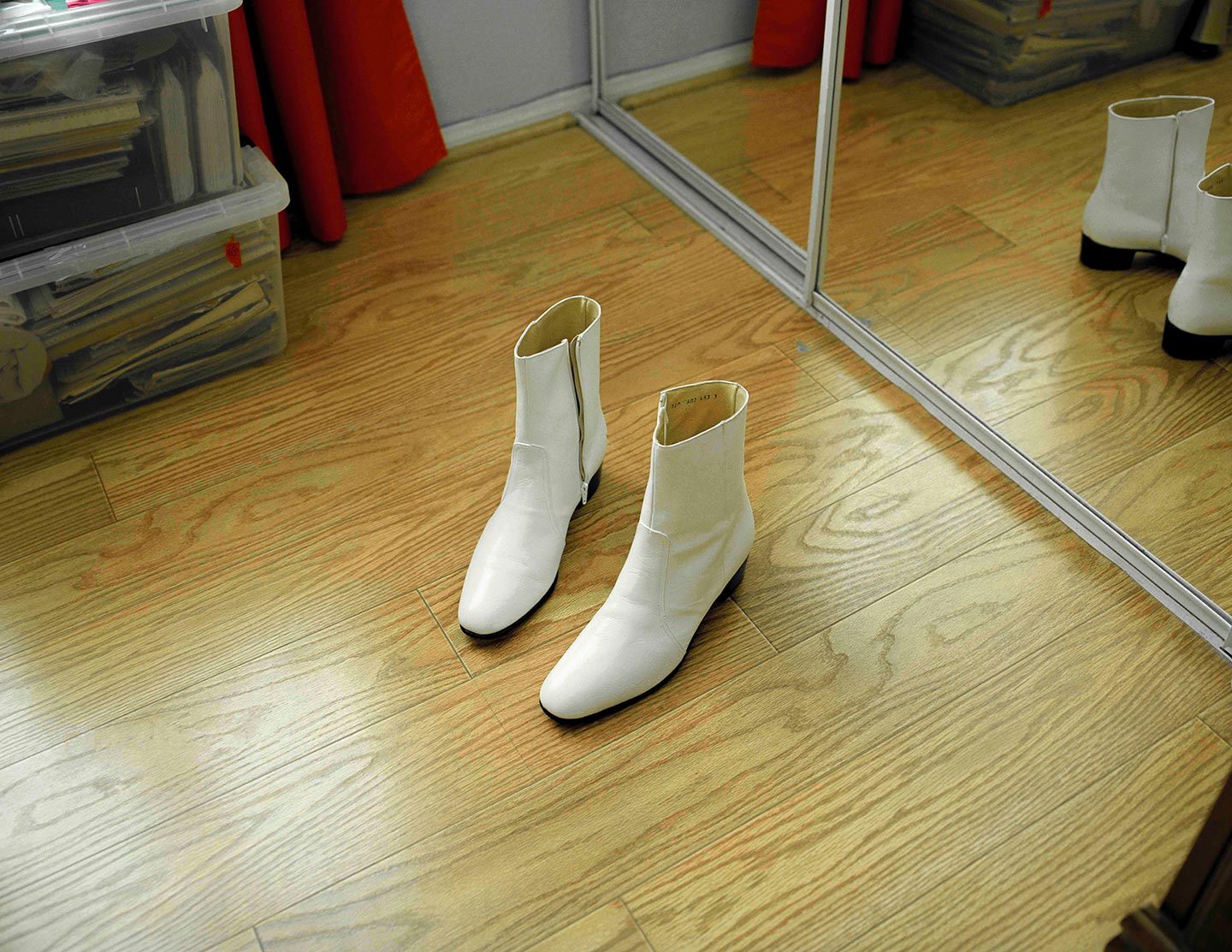 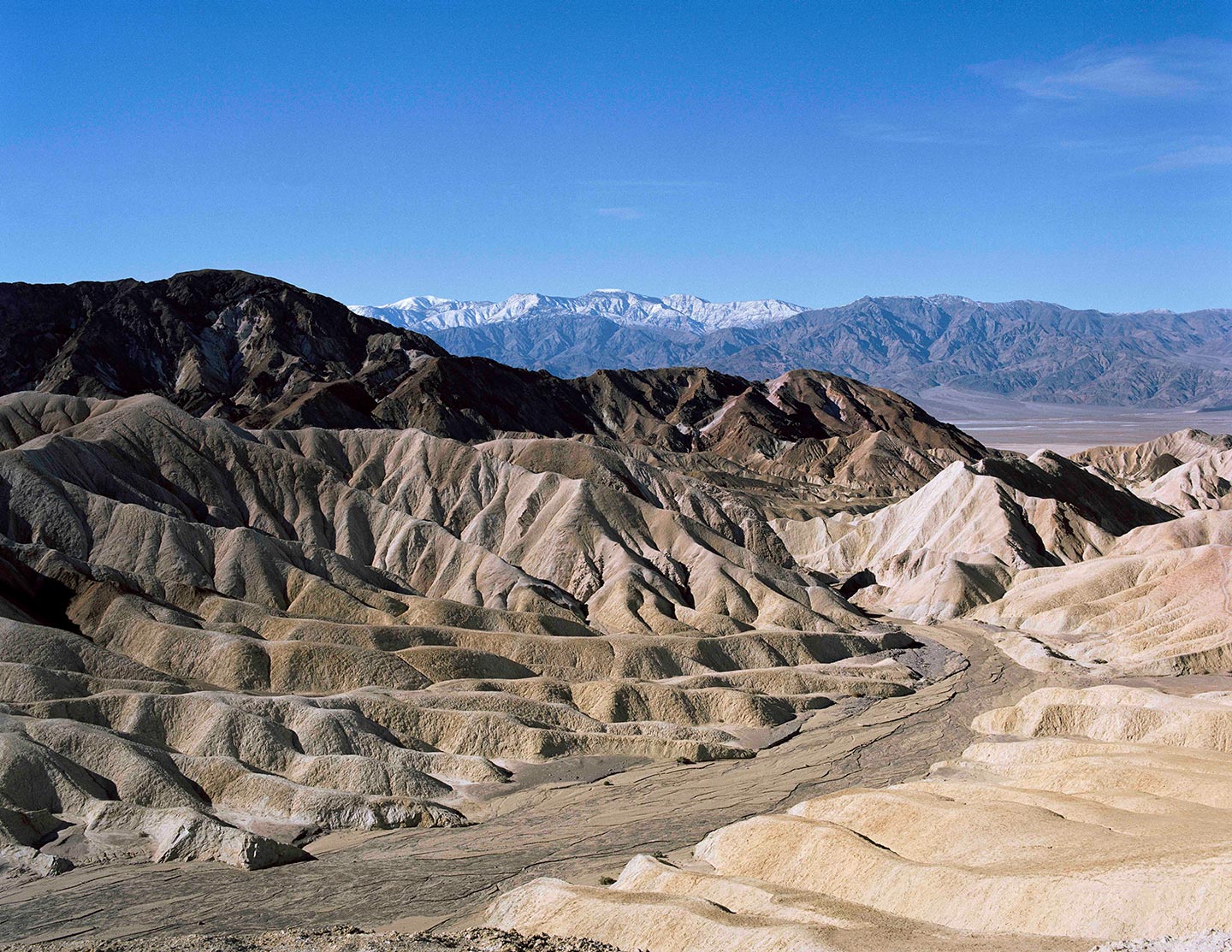 The Las Vegas name evokes images of crowded casinos, luxurious hotels and crazy wild nights (what happens in Las Vegas stays in Las Vegas, right?). But just a stone’s throw away from the bubble that separates the casinos and resorts from the rest of the world, you can stumble on the city’s depressed outskirts, where daily life looks completely different from the tourist’s idea of Las Vegas. 22 year-old British photographer Jack Minto worked in one of these deprived areas known as Maryland Parkway to create a series that mixes street portraits of the locals with images that show the environment they live in.

Hello Jack, thank you for this interview. What are your main interests as a photographer?

Thank you for having me. For me, photography is the best and most enjoyable way I can learn about my subject(s). Whether this is a group, concept or idea that I am interested in, photographing the subject enables me to gain an informative viewpoint through a personal connection, making it a rewarding experience. I also cannot lie that I simply love making photographs that are nice to look at, or that beg the viewer to want to know more about the concept.

Please introduce us to Maryland Parkway.

Maryland Parkway takes its name from a road of the same name that is situated in Las Vegas, Nevada. This road is home to many misplaced and disaffected locals: it is an area—like many others in Las Vegas—where poverty is widespread. The aim of the project was to go against external perceptions of Las Vegas as a solely touristic city, and to uncover a hidden reality for many who live there.

Las Vegas has gone through severe economic hardship: it was one of the U.S. cities hit the hardest by the 2008 recession. ‘The City of Lights’ went from having the lowest unemployment rate to the highest in America in just a few years. Since the construction boom of the mega hotels and casinos in the 1990s, people had flocked to the desert city as there was an abundance of work opportunities; however, after the economic crash, there wasn’t enough money for more construction works to continue, resulting in many people losing their jobs. The sharp increase of homelessness in Las Vegas was due to the fact that many were losing their homes for not being able to keep up with mortgage payments. The city’s low tax rate didn’t help either: of course Las Vegas has a billion dollar tourist industry, yet the enormous amount of money generated from the hotels and casinos is retained by the large corporations that own them, meaning little goes back into the local economy and doesn’t reach the neglected and poverty-stricken communities that need it. The project documents those affected most from economic hardship within the city’s poor areas and hidden communities.

How far is Maryland Parkway from the Las Vegas we all know?

Maryland Parkway is located two miles east of the southern end of the Las Vegas Strip [a major boulevard known for its high concentration of hotels and casinos]. What was surprising to me was the close proximity of the two—how poverty is so close to the hedonistic and luxurious part of the city. It’s a reality that goes unseen to the 40 million tourists that visit the Strip each year, and yet it’s right on their doorstep.

What inspired Maryland Parkway, and what was your main intent in creating this series?

I have always been drawn to projects and bodies of work that challenge the notion of the American dream—works that depict a raw and honest view of the American culture, including its downsides and hidden aspects. The research I conducted for the project was strongly centered around the American Dream, and particularly the notion of ‘Manifest Destiny’: the idea that expanding westwards to benefit from the land’s resources was inevitable. Many early settlers believed in the ‘Manifest Destiny’ in the 19th century, and regarded the conquest of the West as proof of the American Dream; yet to make it possible the native American people were wiped out and pillaged. Maryland Parkway seeks to highlight the dark sides of the American dream and to ask whether it is still achievable today.

Can you talk a bit about your photographic approach to the work? What did you want your images to communicate?

Within Maryland Parkway, I believe there is a combination of subtle and symbolic images, juxtaposed with quite abrasive ones that represent the project more clearly. I wanted the photographs to really highlight the reality of everyday life for many people who live on Maryland Parkway, yet at the same time I wanted them to depict life in a poetic way, one that showed the beauty of my subjects.

Did you have any specific references or sources of inspiration in mind while working on Maryland Parkway?

A particular reference for Maryland Parkway was Gregory Halpern’s ZZYZX. The book stuck out for me as an inspiration because in that work Halpern was looking at a similar subject matter while creating some really stunning images. What interested me most about ZZYZX was the concept behind the sequencing: the photographs are ordered from those taken east of Los Angeles to those shot in the west part of the city, up to the Pacific Ocean. In this sense, it recalls the idea of ‘Manifest Destiny’ and questions whether the American dream still exists and if so, who can achieve it.

How do you hope viewers react to Maryland Park, ideally?

Ideally, I’d like the work to create conversations about income inequality and wealth distribution within America. I never made the work under the pretense that it could bring on any direct positive change to the subjects involved, but hopefully it will raise awareness about poverty within Las Vegas and America as a whole.

I got into photography through using Instagram back in 2011, so I guess my initial influences were the people I found through the app—photographers like Molly Matalon and Corey Olsen. In 2013 I bought the third issue of a publication called Mossless which focuses on American culture, and I was amazed by the potential of the published photographs. It was a turning point that made me decide I wanted to start taking photographs more seriously.

Caroline Tompkins is a photographer whom I’ve liked for a while now—she’s making some really interesting work including her Hey Baby, a series that looks at the phenomenon of cat calling and performance of masculinity for other men. Other favorites include Dana Lixenberg, Thomas Prior, Damien Maloney, Molly Matalon and Eva O’Leary.