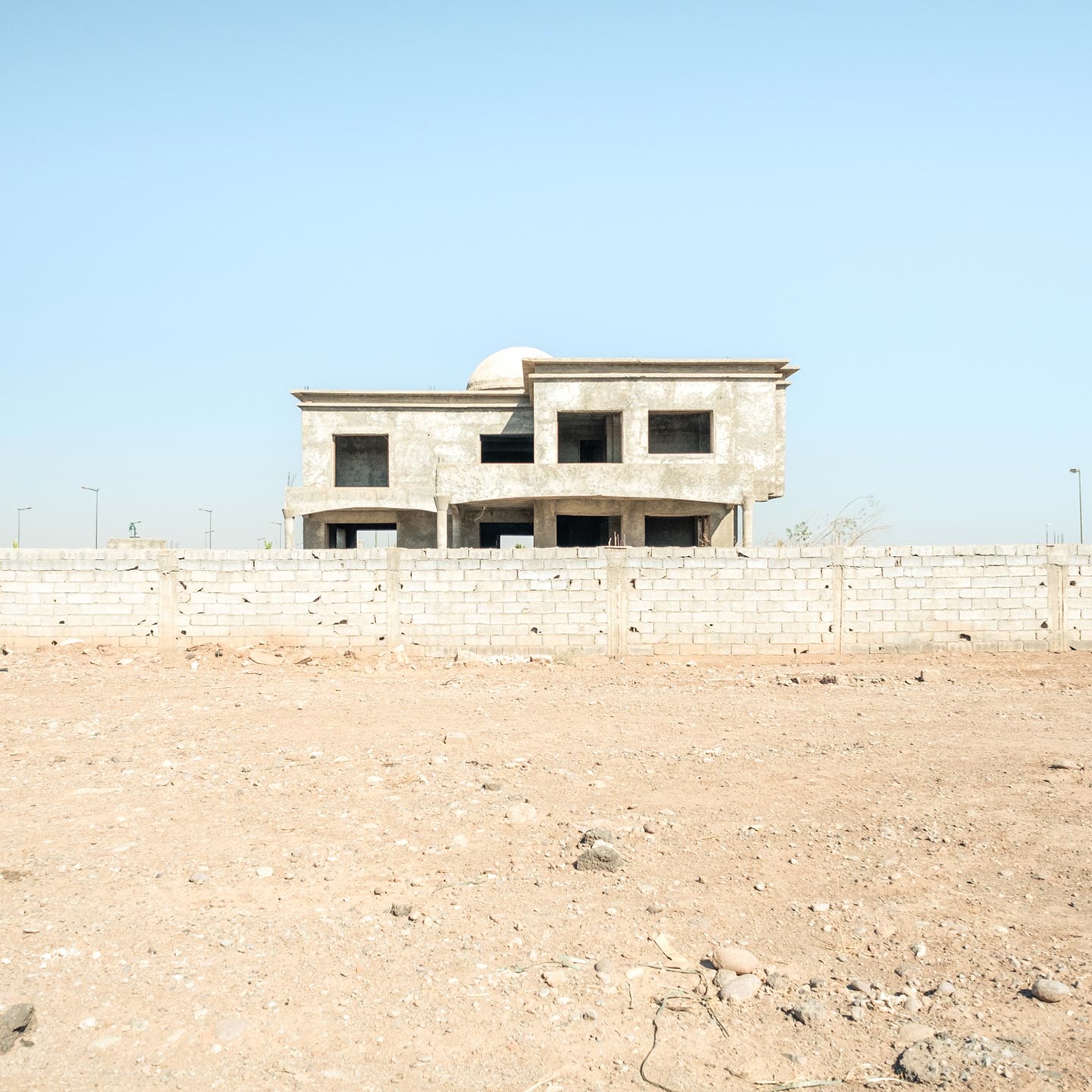 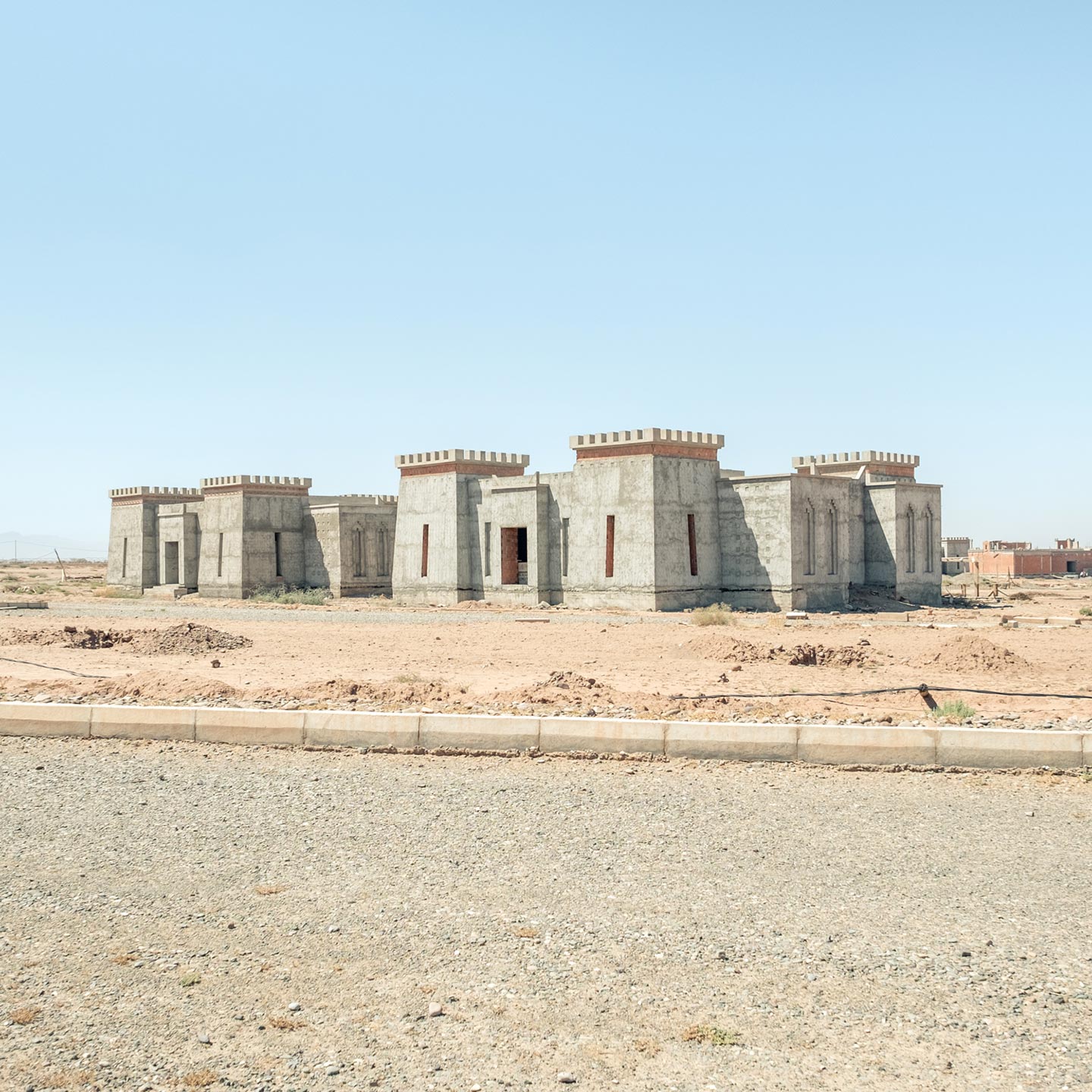 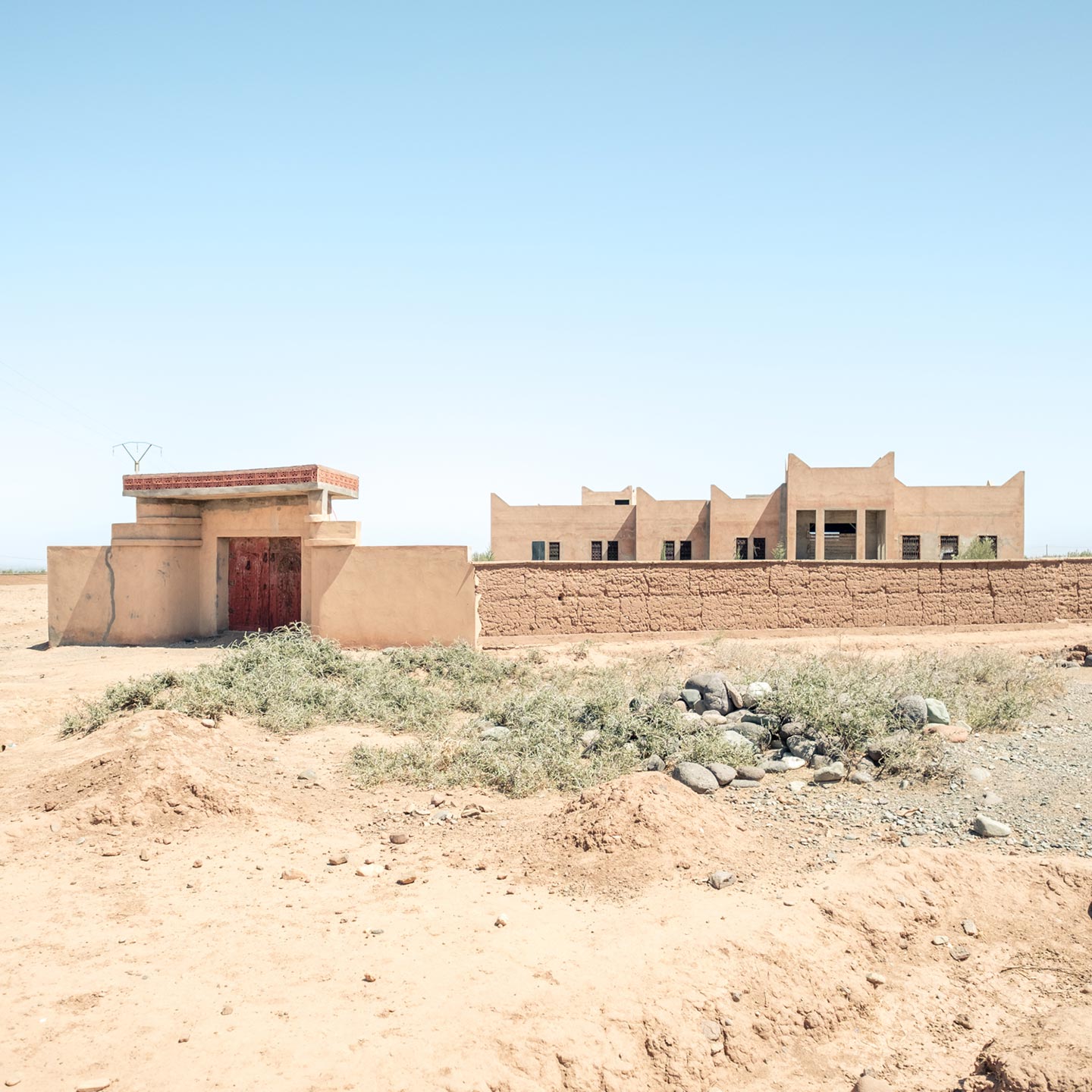 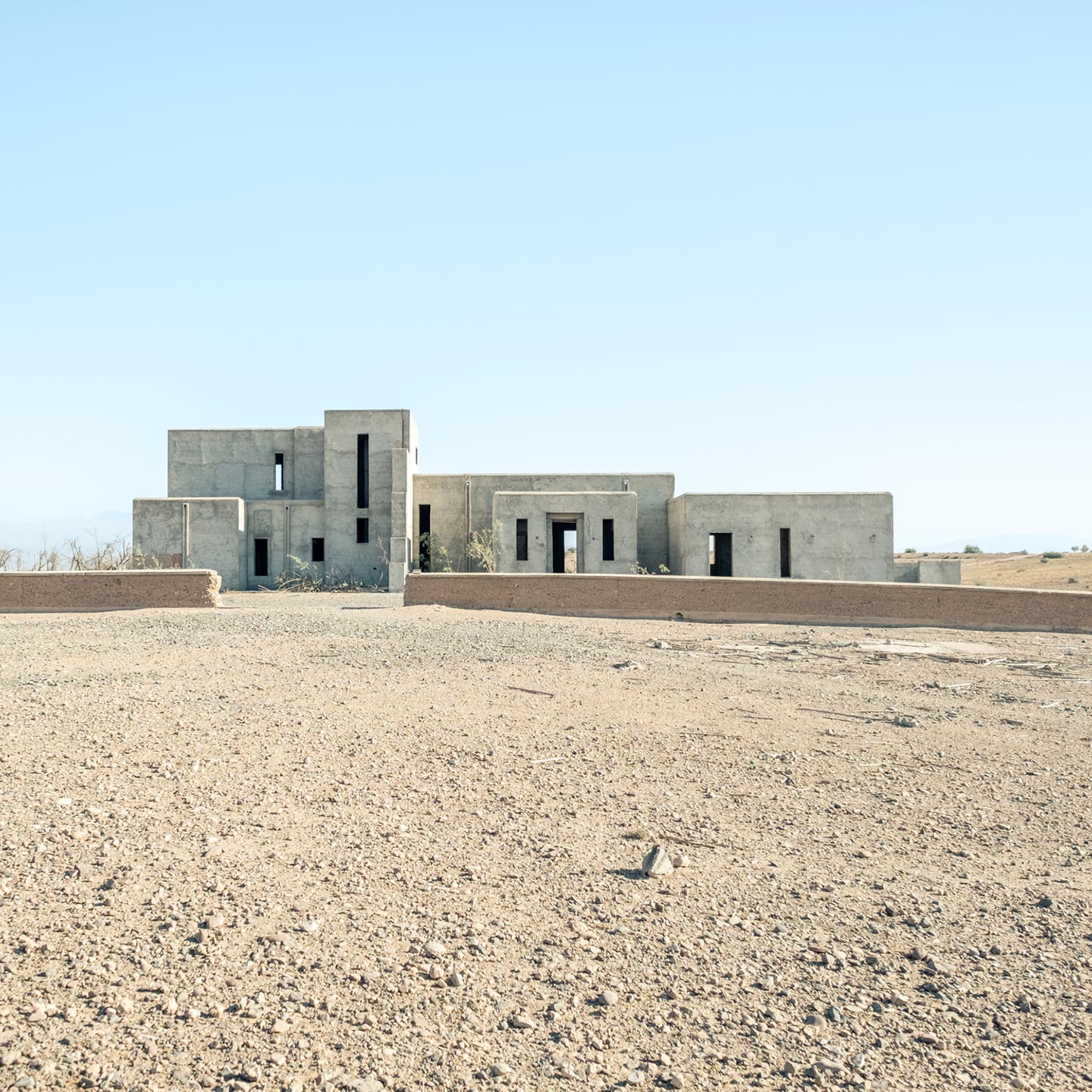 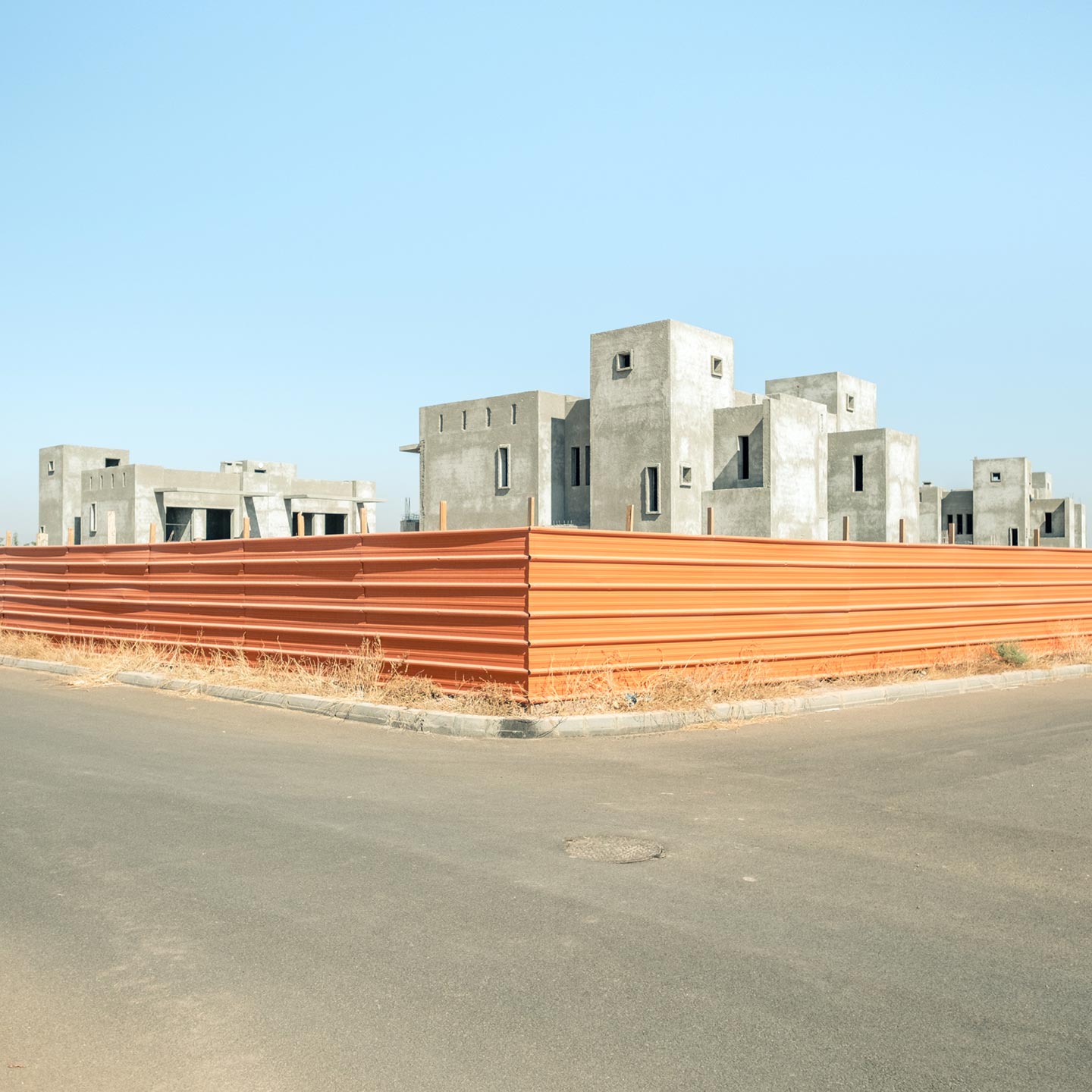 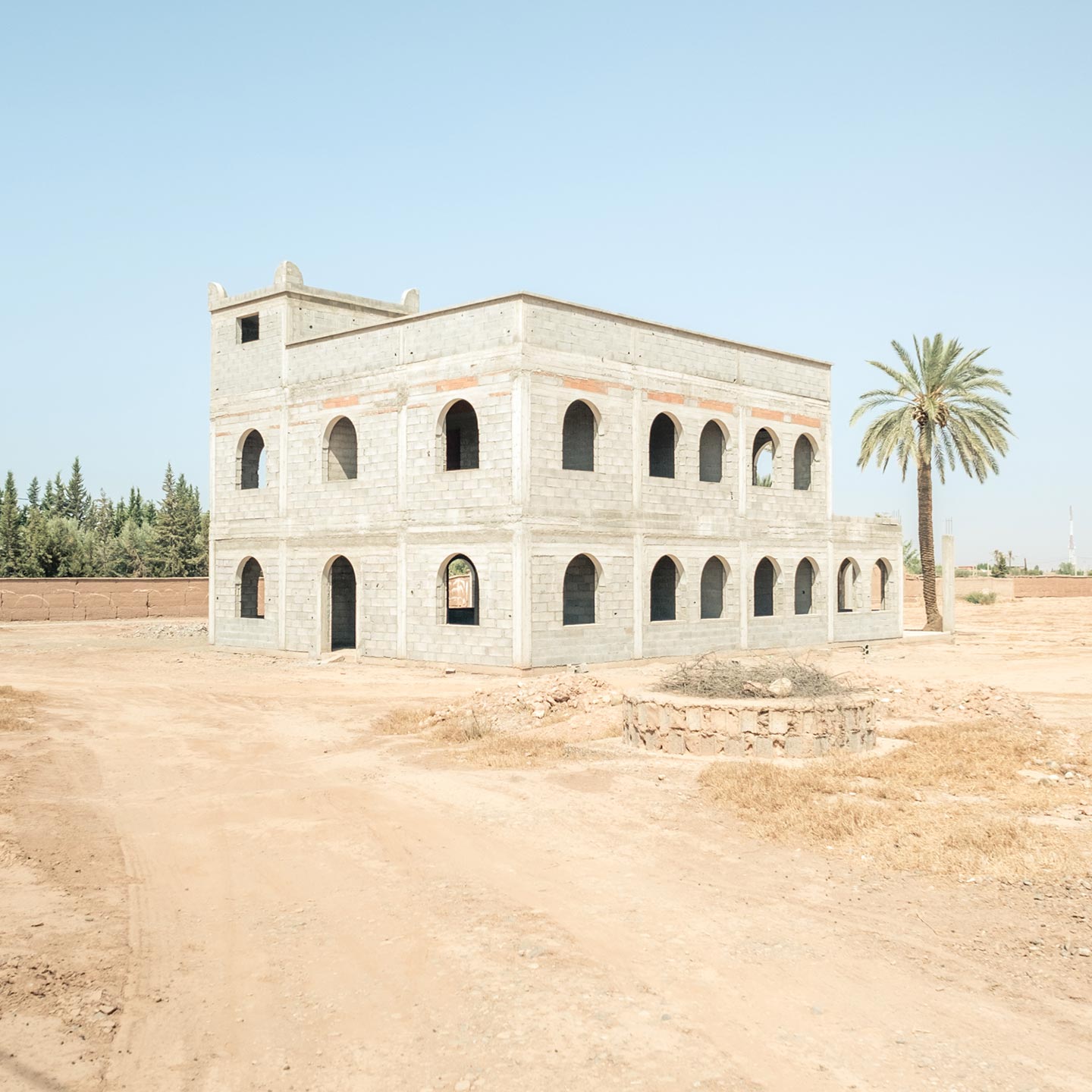 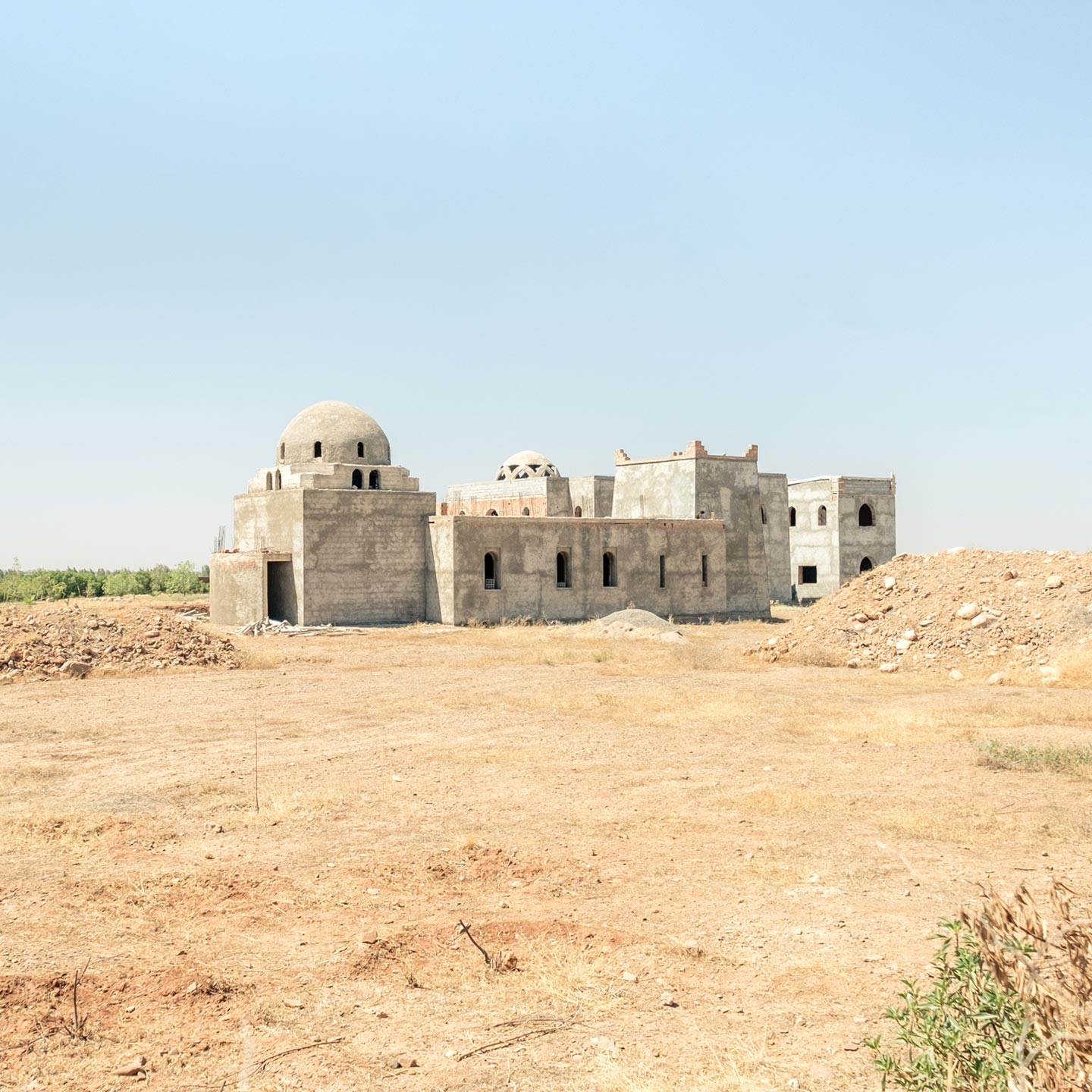 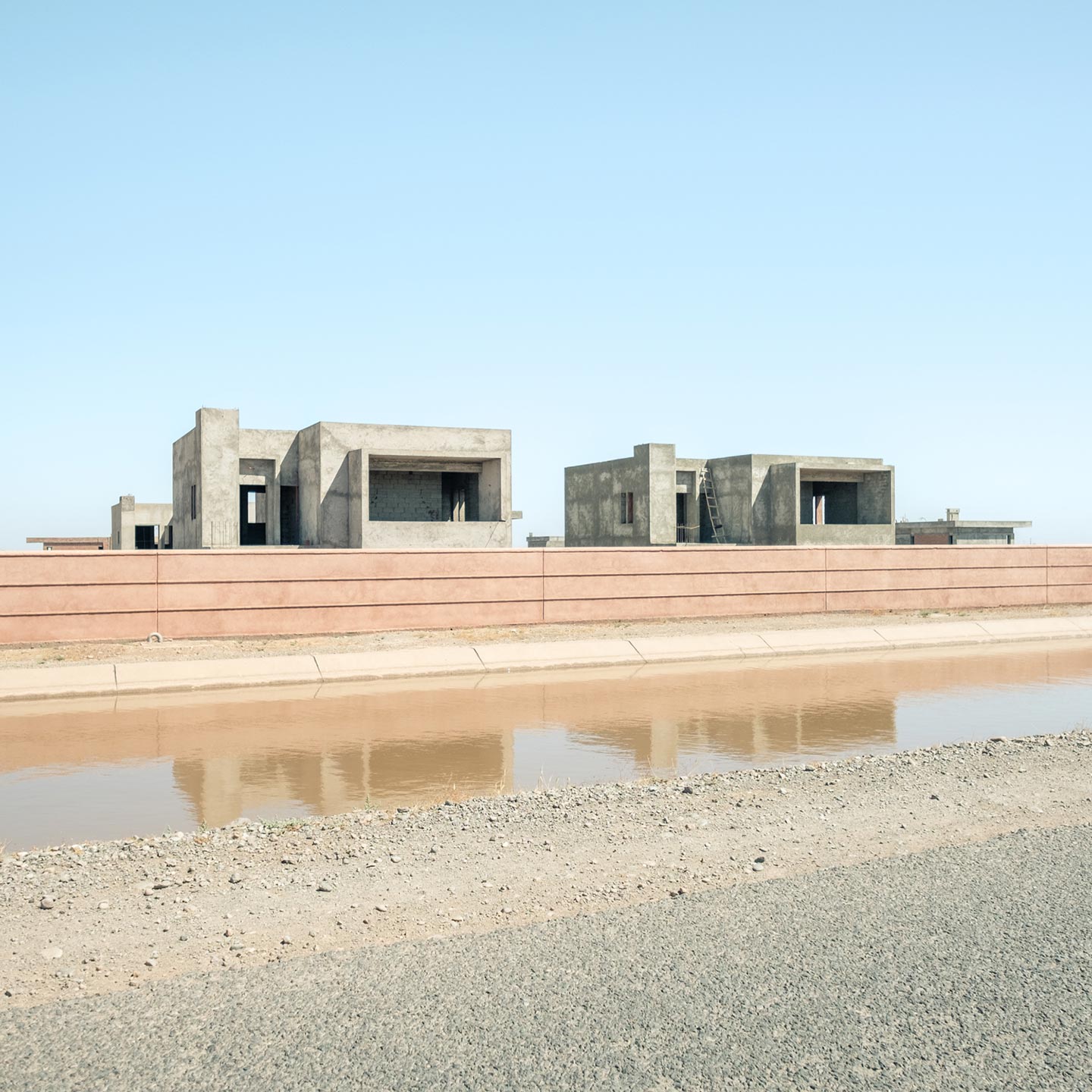 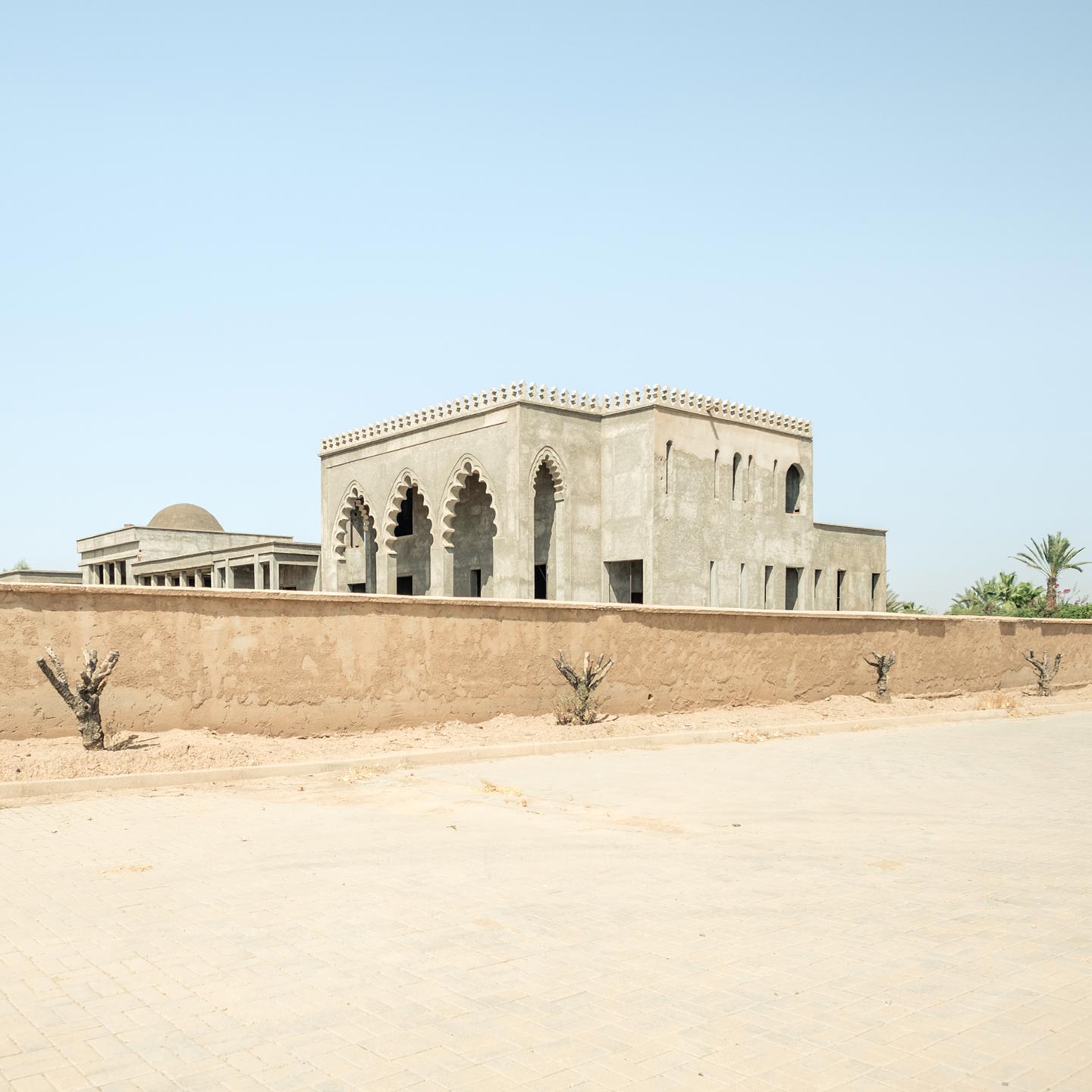 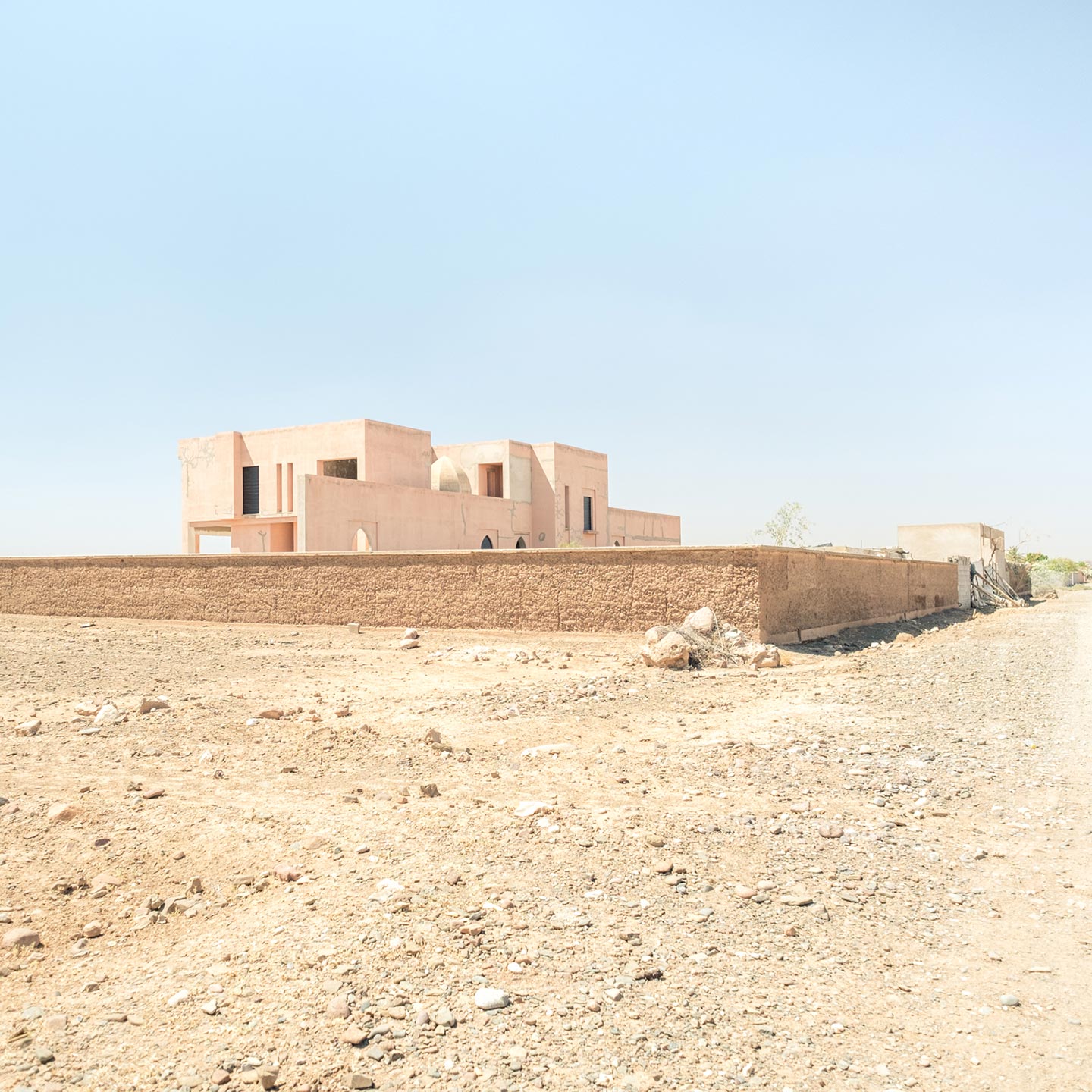 Riad Mirage Club by 29 year-old French photographer Loïc Vendrame is one chapter of a larger project called Future Rust, Future Dust, which he introduces as “a study of the urban and architectural impact of the global financial crisis and the housing bubble burst around the world. I am fascinated by these abandoned concrete skeletons and unfinished structures in the wild, witnesses of socio-economic upheavals. The work, that I consider as a lifetime project, is an exhaustive exploration of modern ruins in all the countries affected, with a graphic, minimal, and aesthetic approach of the subjects photographed, that I place in the center, keeping them in their immediate environment.”

Previous chapters of Future Rust, Future Dust were shot in Spain, Portugal and Taiwan; for Riad Mirage Club, the work’s latest installment, Loïc worked in Morocco, “precisely in the outskirts of Marrakech. The series is the result of a long research work upstream, using satellite views to identify abandoned buildings and tourist complexes. This tedious search by satellite view is the starting point of each chapter, and determines the completion or not of a series in the targeted area. For this project, I have geolocated more than 500 abandoned buildings within a radius of 30 km around Marrakech.”

Working in Morocco was particularly fascinating for Loïc for “the contrast between the semi-desert vegetation and the architecture of the buildings found, some of which were designed with a vernacular approach. This series is the most accomplished of my project photographically speaking, in the sense that I imposed myself a rigor in my framing, with the subject in the center of the photo, at a distance from the lens always substantially the same, a partition 50/50 between the ground and the sky, a frontal and raw look, while maintaining a desire to highlight volumes when they brought density to photographs. This series is even closer than my previous ones to an aesthetic approach of repetition, typology, and inspired by the New Topographics movement, while seeking to maintain a spirit of neutrality facing the history of the photographed building, leaving the reader open to surprise and questioning.”

Loïc hopes his images “get viewers to be surprised by the large number of abandoned buildings, and make them question about the causes, but especially the consequences on the environment, the destruction of agricultural land for unsustainable urbanization, and the concept of tourism known as “Disneylandization” theorized by Sylvie Brunel, French geographer, involved in the production of local urban singularities.”

Indeed, geography is a major drive in Loïc’s practice: “My interest in photography and as a photographer is directly related to my studies as a geographer and especially to the study of cities and urban transformation. Today I approach photography as a documentary tool to show urban phenomena.”

Laurent Kronental is Loïc’s favorite contemporary photographer, “for his documentary and sensitive approach to urban and peri-urban landscapes.”