Are deserts really empty? William LeGoullon reflects on what a desert is, and how its identity can be shaped by the ways humans use it."/> Deserts Are Not Empty | FotoRoom 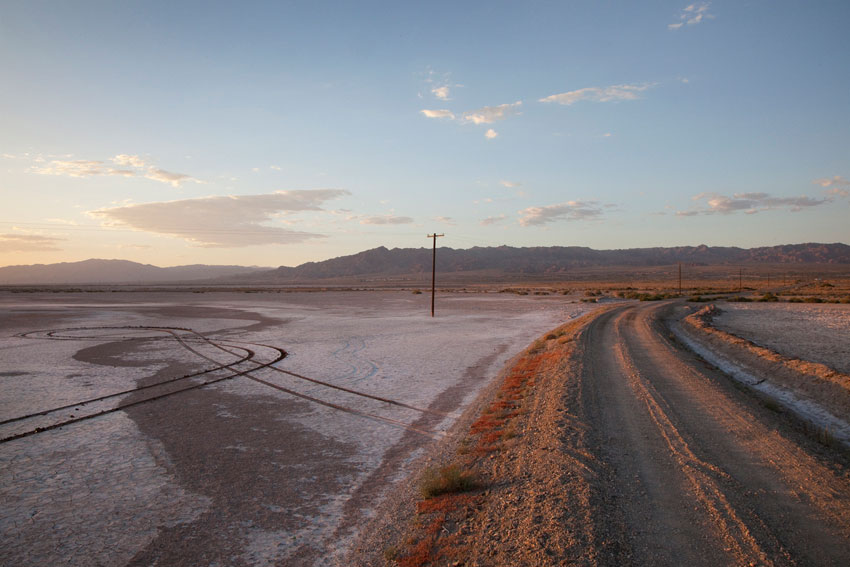 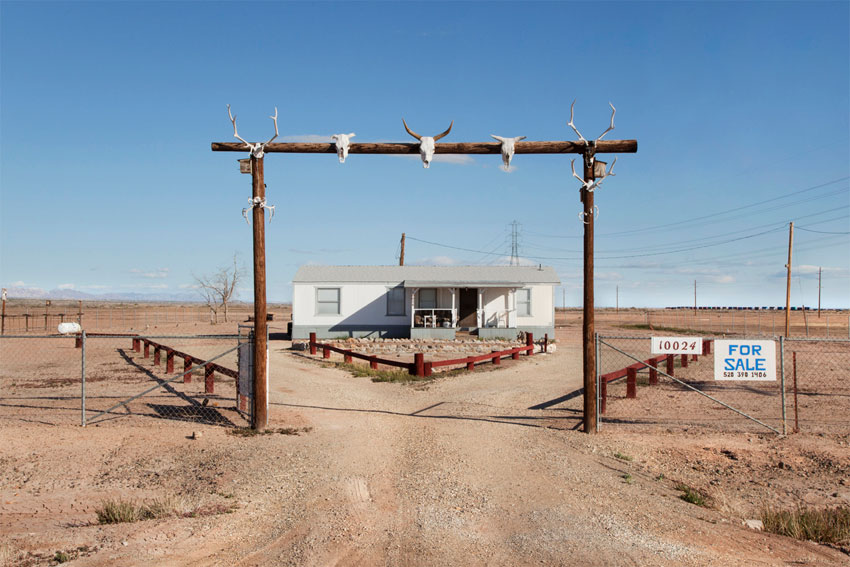 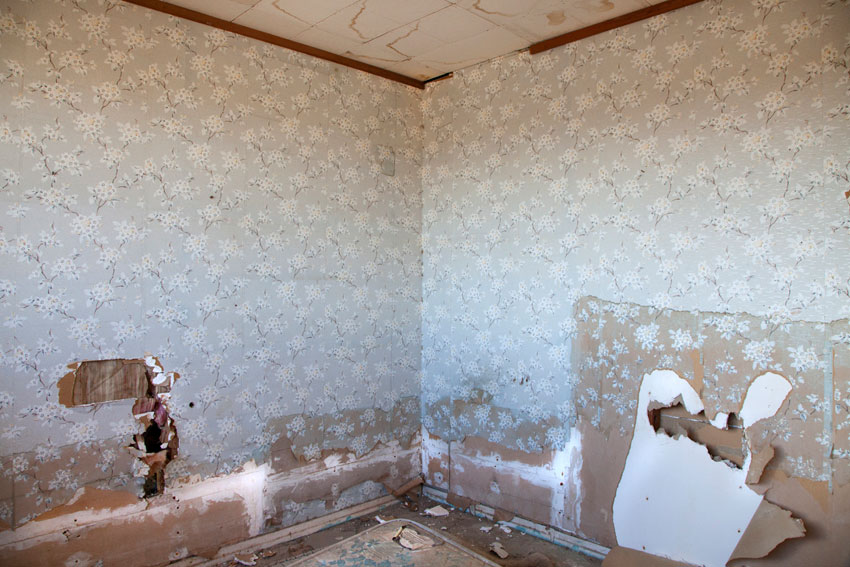 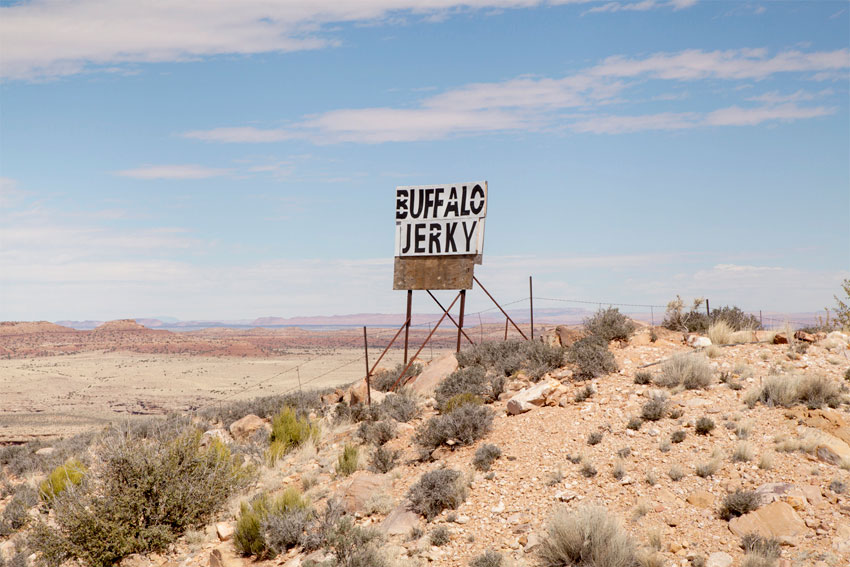 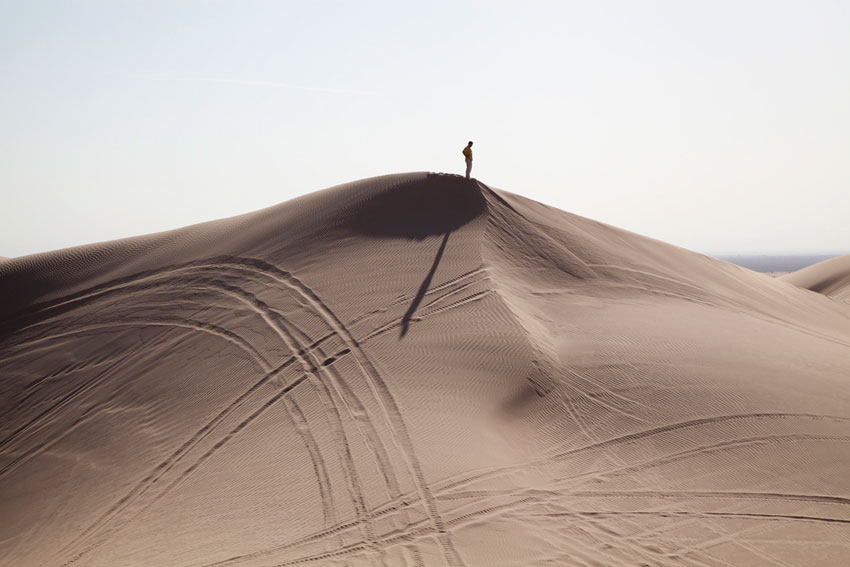 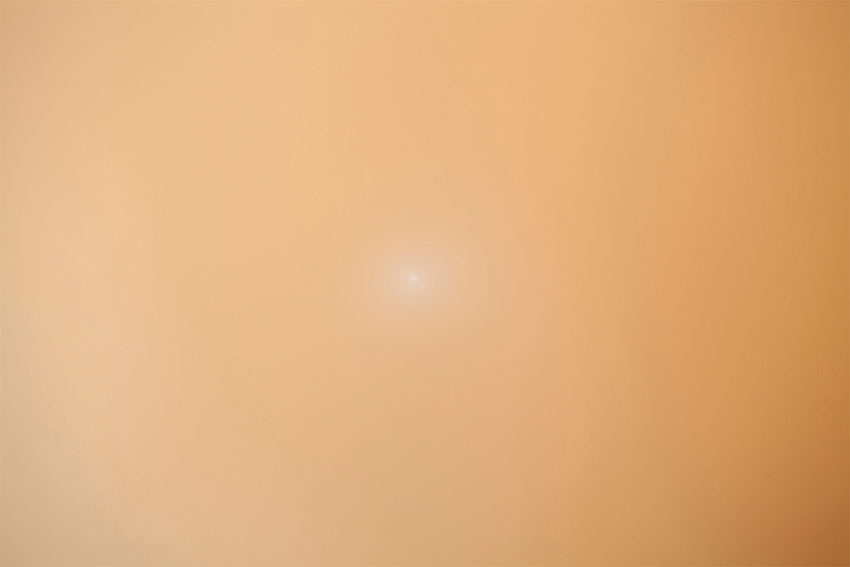 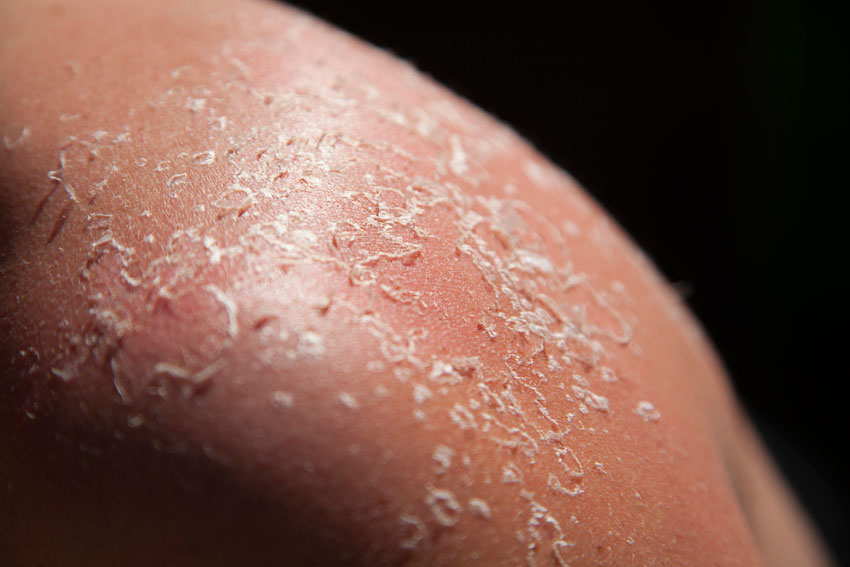 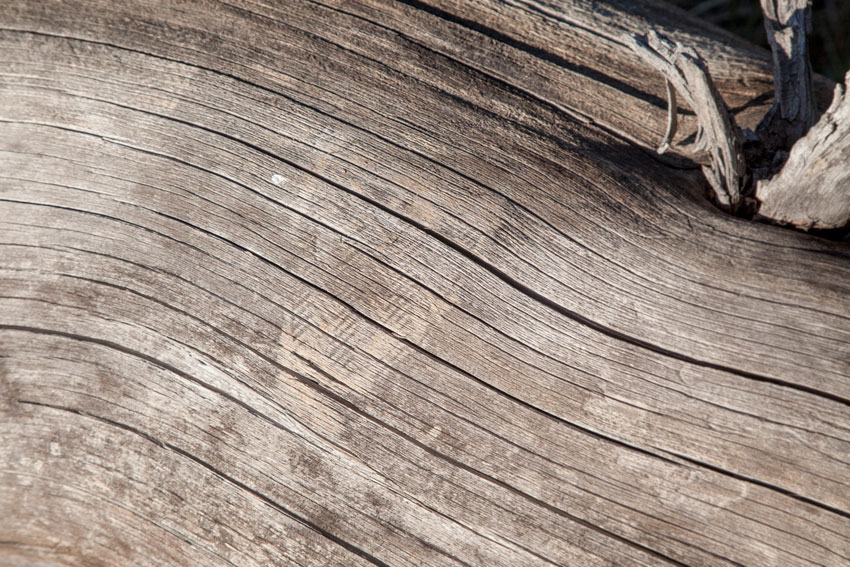 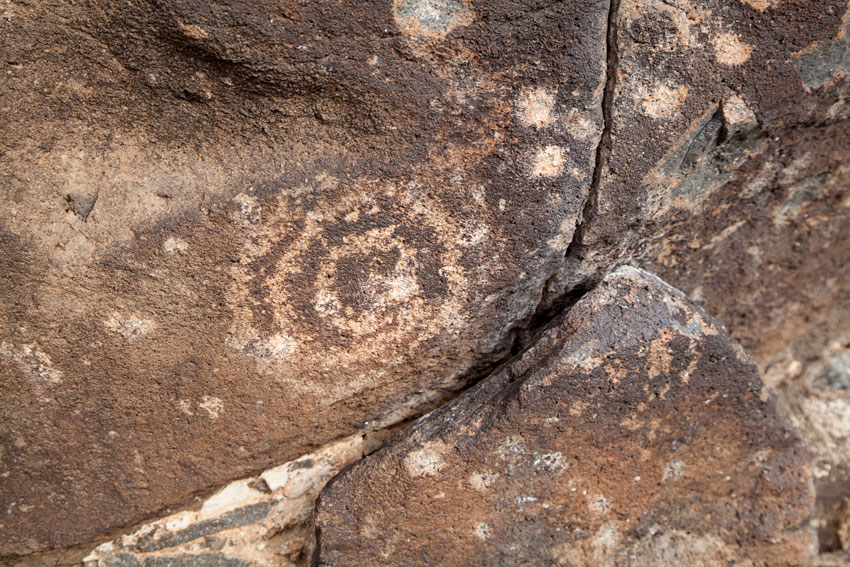 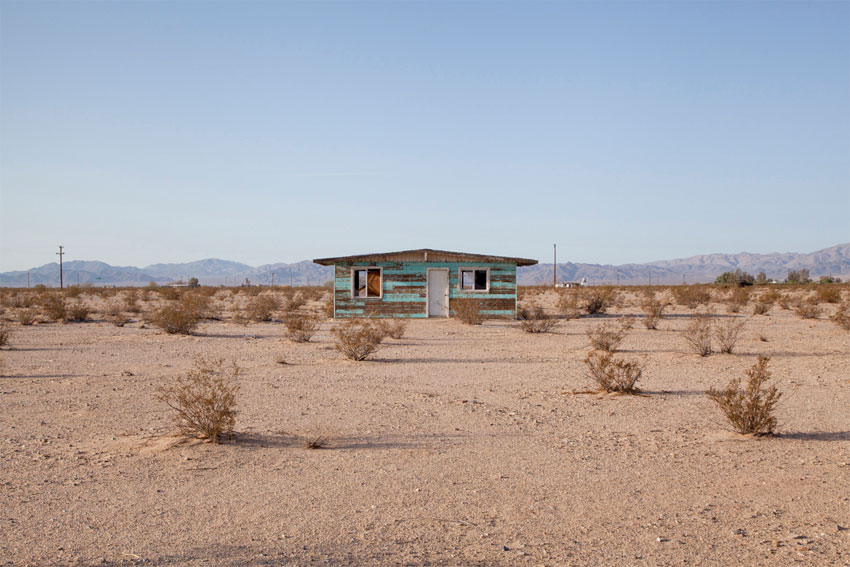 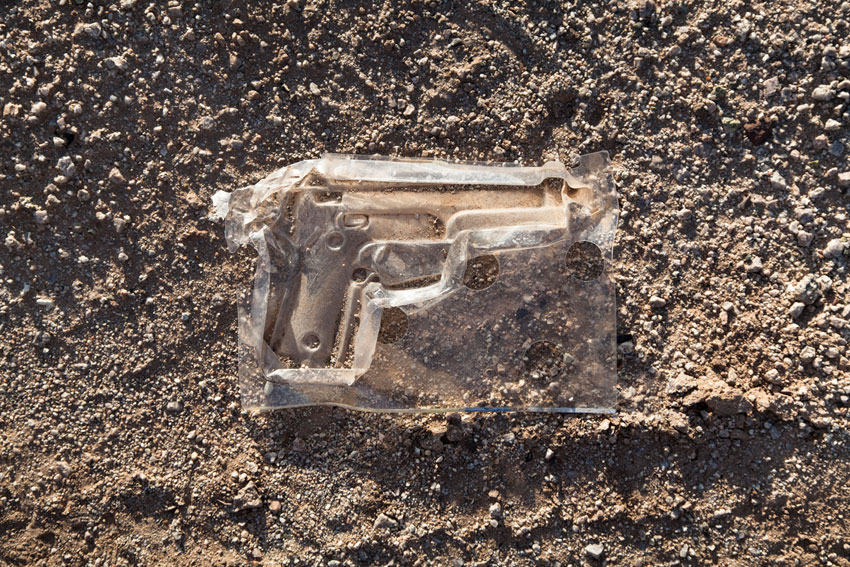 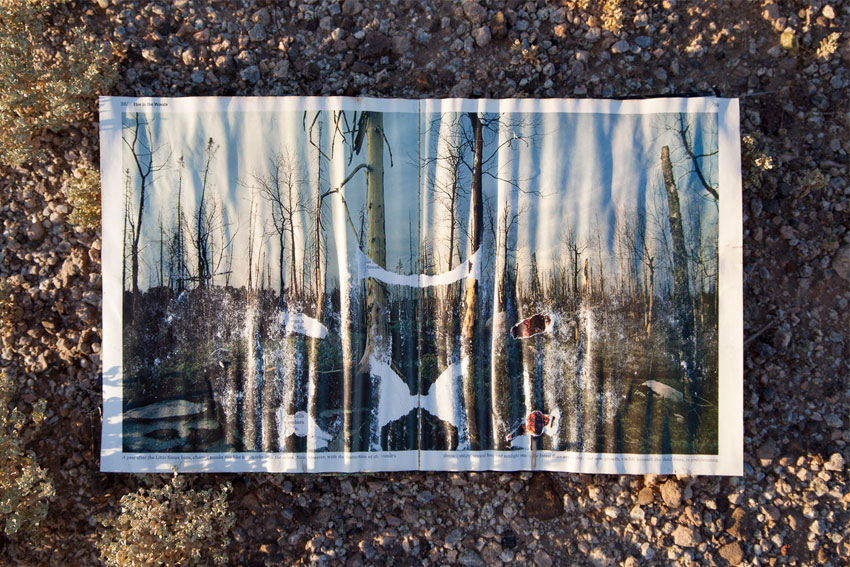 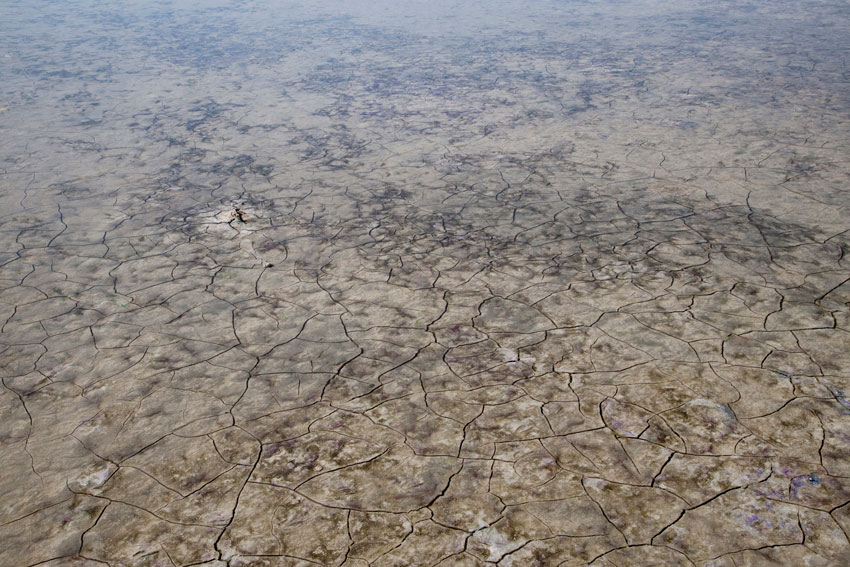 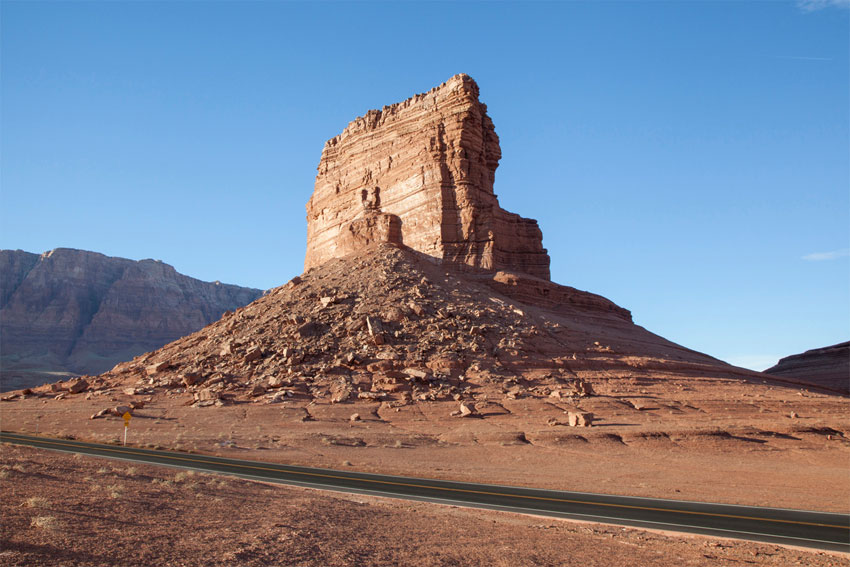 IN THIS INTERVIEW > American photographer William LeGoullon talks about his long-term landscape photography series Nearing Dissonance, a reflection on what the desert is, and how its identity can be mediated by the ways humans use it.

Hello, thanks for having me. As a photographer I don’t just make photographs – I look at photographs, probably in even greater amount. To think about my interests as a photographer and artist, I first have to consider how images inform my life.

Robert Adams wrote: “Your own photography is never enough”. I especially feel this is true in a society so reliant on digital technologies, where we are expected to make something like a trillion photographs this year alone. People are becoming more and more attuned to communicating and experiencing life through images – being a photographer provides a means in which I actively explore photography’s unique ability to help us understand the world around us and the ways photographs enrich our lives.

Introduce us to your new series Nearing Dissonance.

This series has been a work in progress that has slowly evolved over the course of 5 or 6 years. Most recently, however, I expanded upon it in ways that I’d not expected. Since the majority of my work is concerned with land, environmental spaces, and place, I find that the desert itself inspires my interest and desire to make photographs because it is a landscape that begs for change. Nowhere else is the passing of time more visible.

In this sense, photographing the desert allows for an opportunity to discover and rediscover. Nearing Dissonance examines elements of rebirth, adaptation, and uncertainty in order to better understand the correlation between this place and us.

Can you share some insight into the images you took for Nearing Dissonance, and how they reflect your vision of the desert?

The desert is full of mystery. I simply explore it in order to better understand it. As I’ve done this over the years, it’s more and more evident that our understanding of what a landscape is, and what it should be, is skewed. I believe that the desert is a transformative space. I feel that we shape this land, especially here in the Southwest, where the idea of mass development and urban sprawl is far more common than in some other areas of the United States. But I also feel that the desert uniquely forces man to acclimate to its own co-sculpting agenda.

It’s untamed and wild, even though many people think otherwise or fail to acknowledge it. Beyond the edges of the major cities and even at times within them, it’s a harsh environment to live with and to figure out. The fact that we are continually challenged by it intrigues me and influences the work I make.

The images in Nearing Dissonance draw from both the oppositional and the harmonious intersections where the challenges placed upon one another (land to us, and us to land) become complex, bizarre, even humorous and, at times, alarming. The geography here is full of contemporary narratives concerning symmetry in nature and the human experience. In certain ways, my work reflects on the inherent symbolism and identities found within.

Is there any of the photographs in the series that you consider particularly significant or is a favorite, and why?

“Man On Dune” was taken a few years back when I was visiting the Imperial Sand Dunes in southern California. I was immediately fascinated by a group of people taking rides on a sand rail under the late afternoon sun. A man who had stumbled his way up one of the dunes to watch his friends go airborne on the hill nearby seemed as though he was looking out over a much greater expanse of land, that obviously showed signs of human interaction – most noticeably the tread marks in the sand that would eventually be made invisible by time and wind.

He seemed so small within the space, a metaphor, I guess, for our own existence within the vastness of the desert. This, paired with a sky that visually felt hot, couldn’t be missed by the click of my shutter. There’s a comical element to his stance, hands placed on his hips as though he’s unsure how the hell he made it up the scorching sand dune on his own.

Another image that I feel is important to the series as whole was taken only recently. “Petroglyph With Signs Of Gunfire” was taken just outside of Phoenix while I was hiking a small mountain along the Gila River. It was an area that at one point in time was used heavily by the ancient Hohokam [an ancient Native American people]. Avoiding an unusual amount of rattlesnakes that day, I looked down to see a spiral shape embedded within a stone surrounded by non-matching spots, signs that this petroglyph was purposely shot at with modern day firearms. As I explored the hillside further, I found other examples of petroglyphs, some of which showed similar remnants of contact with bullets and birdshot. I was appalled to find this depiction of deliberate disrespect for not only Native American culture but for a natural habitat.

What is it about the desert that fascinates you so strongly?

I think it has to do with how a desert is traditionally thought of as a place that is deserted, without people, and unpopulated. Of course, this is not necessarily accurate. What fascinates me so much is the desert’s inherent identity, and how that identity can change depending on who you talk to. It can also change depending on your own interpretation of it, and how you decide to approach it. It changes over time, it evolves, and it becomes reborn. For some, the desert is merely land for them to do with it what they wish without understanding or appreciating its characteristics. In my mind, I imagine the desert as a stage. I’m attracted to the performances that take place on it. These performances, I believe, are what help create its “identity.”

You are currently working an ongoing series called (Un)Intended Targets, which also approaches the theme of the desert, albeit from a different angle.

Yes! I am currently focusing most of my attention towards a more distinct narrative. For almost three years, I’ve been concentrating on the abusive and often unregulated relationship between recreational shooters, or plinkers as they are often called, and locations frequently visited by them in central Arizona. The firearm is an important thread within the fabric of American culture. Traditionally, they’ve orchestrated dominance over opposing human forces, but I feel they do so towards geographic ones as well. This pursuit of dominance continues today as a perplexing scenario yielding a disregard for land while simultaneously providing opportunity for amusement, fun, enjoyment and even, arguably, a reason to affiliate with nature, for better or for worse.

What’s noticeably different about this series is its aesthetic and approach. For quite some time now I’ve explored the ways tangible items can portray and embody a landscape, both literally and metaphorically. For this series, the objects I am finding in the field and photographing in the studio have been thoughtlessly left behind, often on National Forest Land, after being used for legal and illegal target practice. The puzzling characteristics these items acquire due to forces both human and natural help to reinterpret them as representations of both pleasure and violence – once again referencing symmetries between nature and the human experience.

I plan to show the body of work in its entirety early next year. I’ll have to keep you posted!

I’ve always credited my immediate local arts community for helping to inspire me to make photographs. Of course, it goes beyond that though.

I think traveling in general helps to influence my creative juices immensely. Specific teachings, past instructors and books have also had a major impact on me. And then there are things as simple as hiking or following unmarked dirt roads, venturing into the unknown in temperatures exceeding 115 degrees Fahrenheit. It can play tricks on you. It’s fun.

Well, I studied under Mark Klett for a reason. That’s for sure. I continue to love his work both old and new. I also thoroughly enjoy the photographs by some of the more popular guys like Richard Misrach, Edward Burtynsky, and Andreas Gursky. Nadav Kander and Alec Soth are a couple of the first photographers I introduce my students to, and for good reason.

And then there are closer friends who continue to make work that I simply drool over. Both Claire A. Warden and her soon-to-be husband David Emitt Adams are both making stunning imagery. Bryon Darby and Andrew Phelps are also some of my personal favs. To round out the list, though I know I’m missing a few: Michael Lundgren, Christopher Colville, Edgar Cardenas and Jesse Rieser – all of whom I have had the pleasure of working with via my curatorial projects.

In addition to photography I also enjoy the act of curating – and not just photography exhibitions. I also truly enjoy teaching. It somehow keeps me refreshed and provides a balance of sorts. Not quite sure how to explain it. I’ve only been doing it a few years.

Beyond that, I enjoy architecture, interior and industrial design, camping, off-roading, and football. I’m a collector as well, though some may say a hoarder of sorts. Everything from art, to ceramics, to rusty things found in the desert, to bottle caps, coins, antique ice chests, mid century furniture, books and skulls.