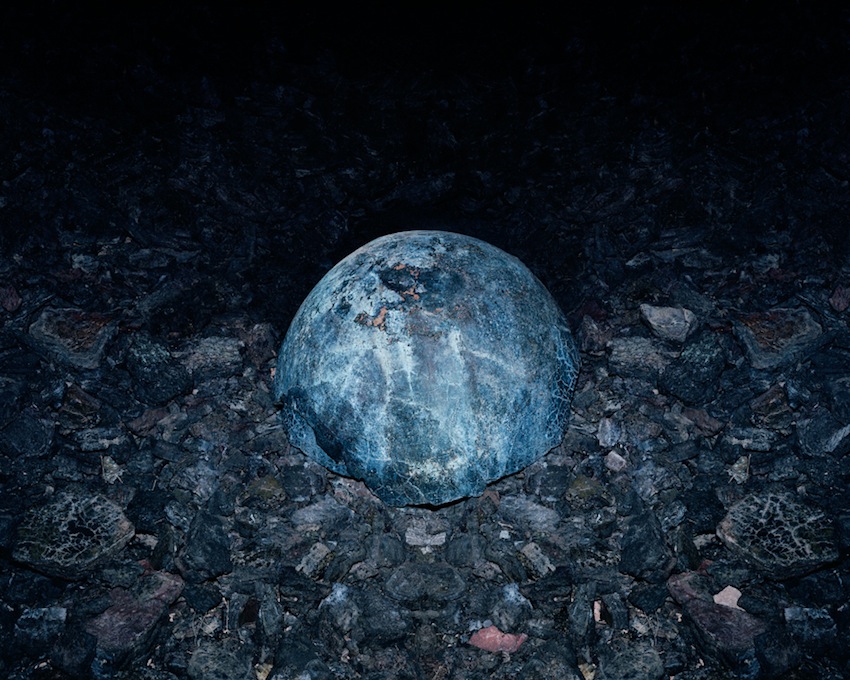 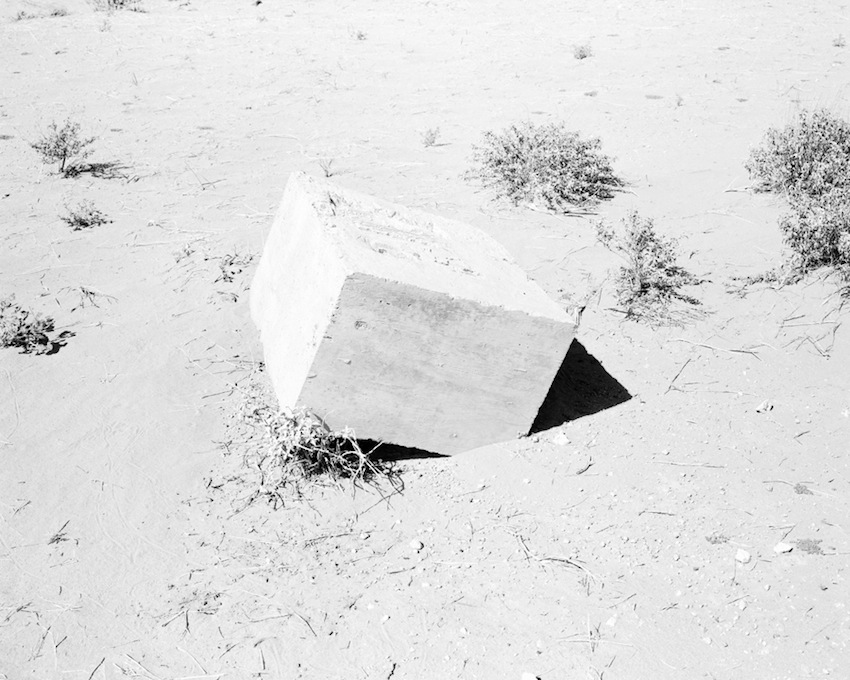 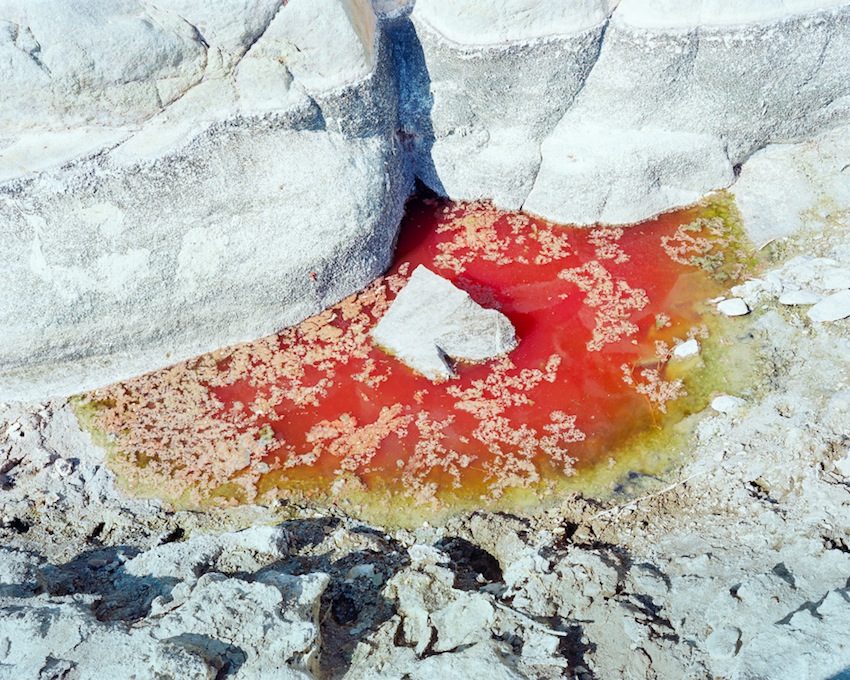 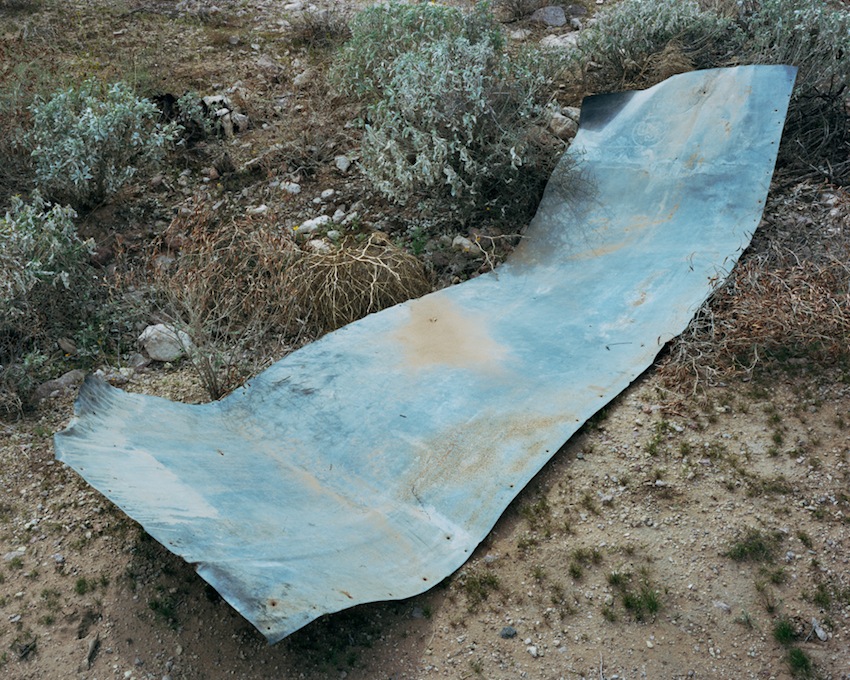 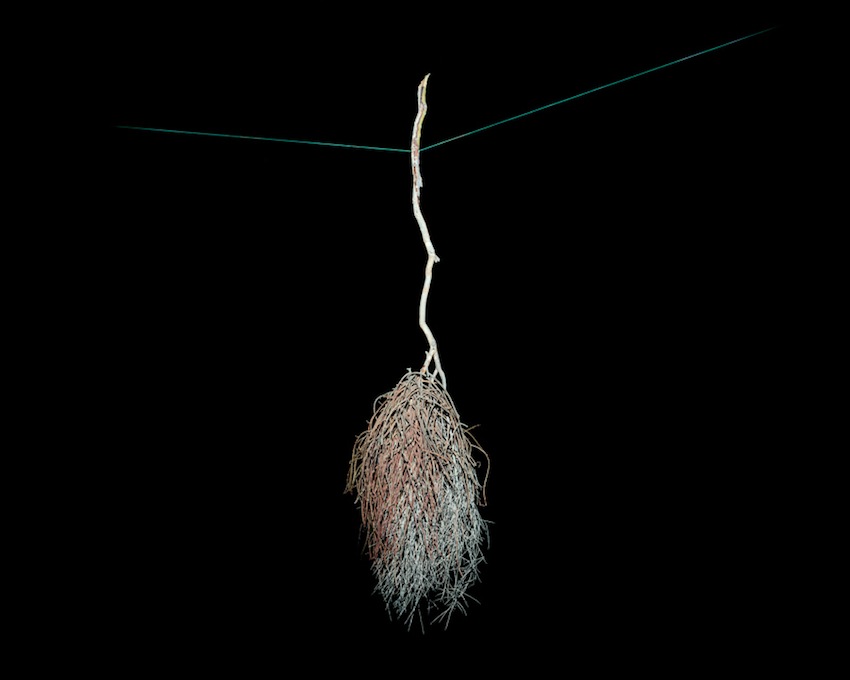 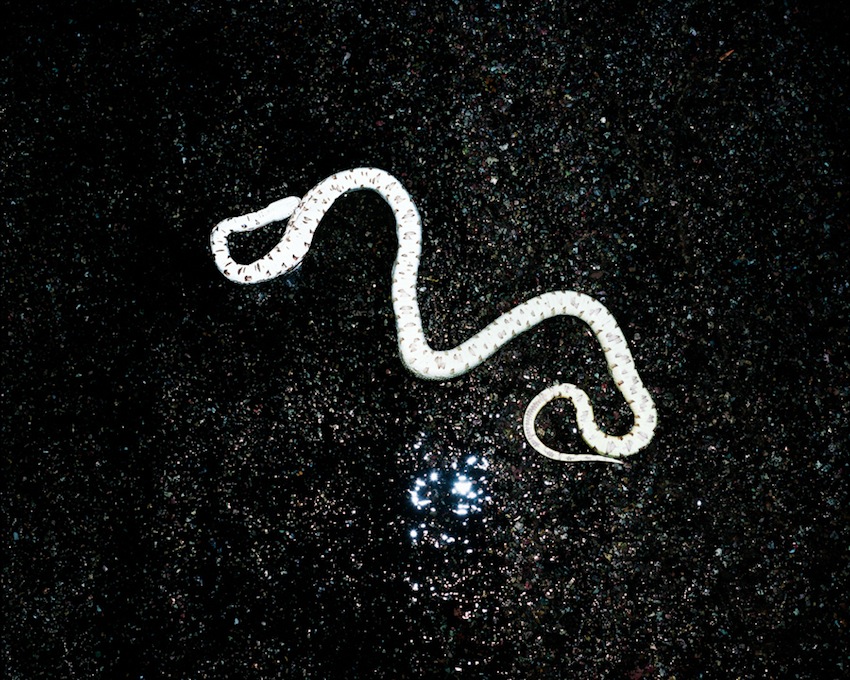 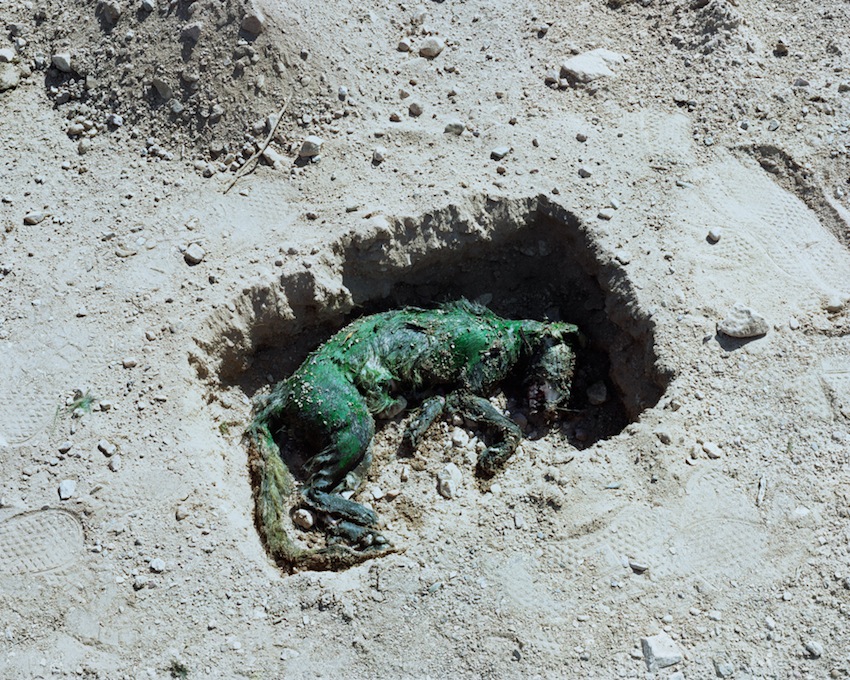 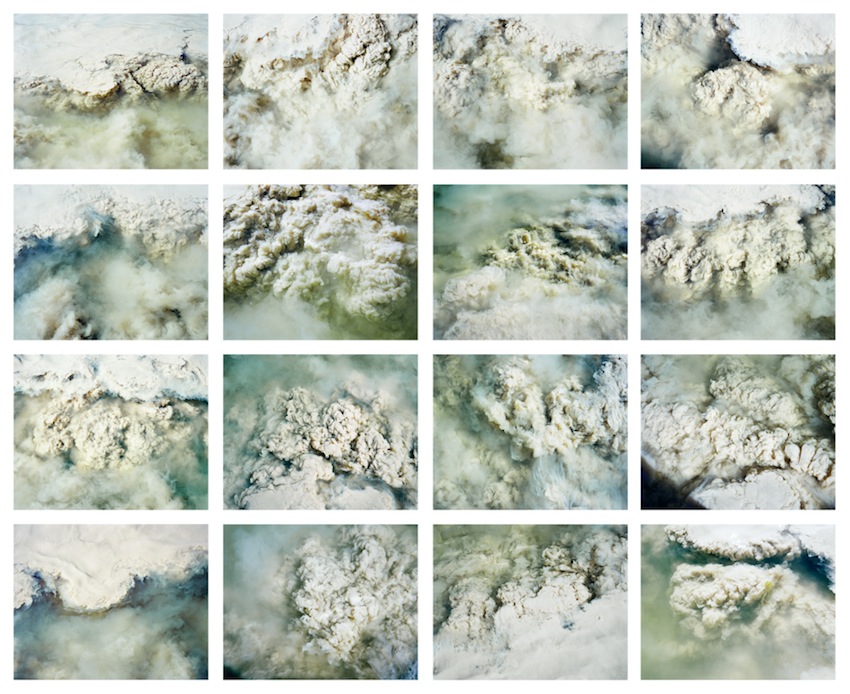 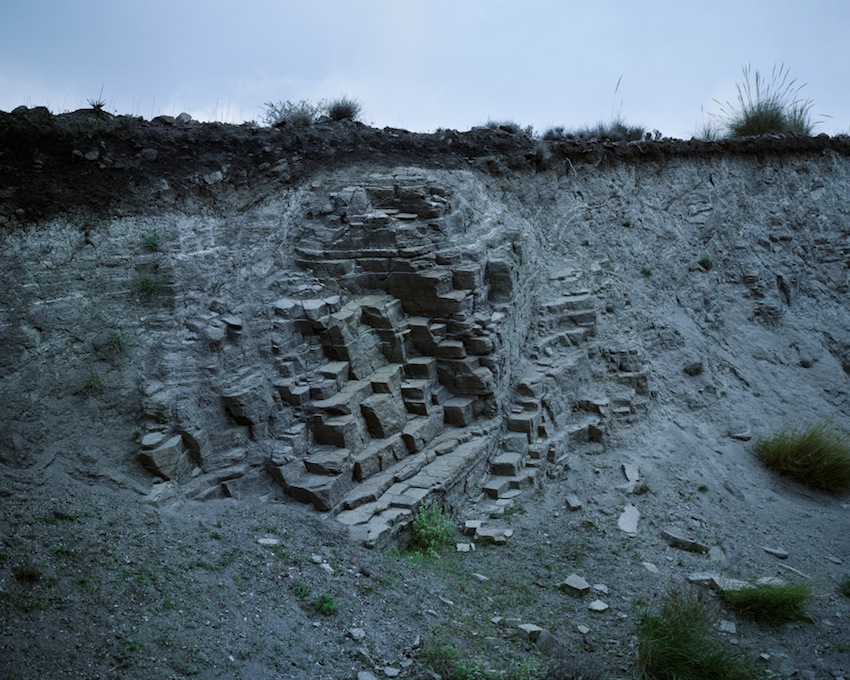 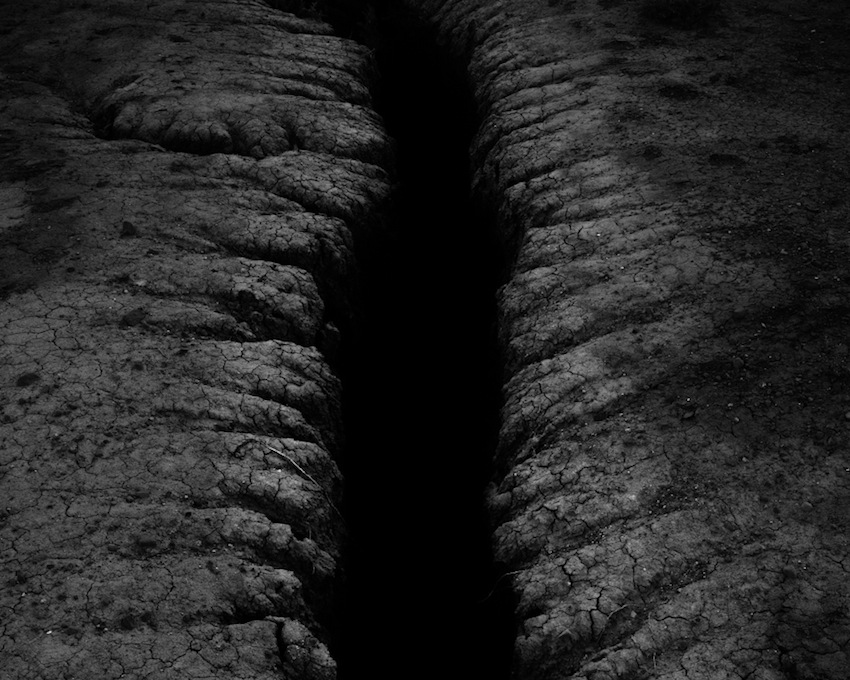 It is probably not so common that the encounter of a dead coyote killed off on a desert road becomes a source of inspiration, but such was the case for American photographer Michael Lundgren and his latest work Matter. Through a series of ominous and often dark images, Michael’s Matter reflects on the cruel truth that nature consumes everything.

It’s difficult to describe my interests in photography without talking about where they started. I began photographing when I was in my early teens. I grew up in a rural landscape and my earliest photographs were made in the woods. I remember my first picture – I recall walking out of my house, down the road and pointing this little box at a Maple tree. Snap. I never saw the picture, but the act of making it was burned into my mind.

I suppose my interests are relatively the same now: to fix an image outside time – although I discovered after years and years of working that photography was akin to poetry. The best poetry communicates through mental images, much like an evolving set of photographs. And those images can be pushed and pulled to contain metaphor. They can be threaded together; individual connotations are woven to form deeper meaning.

What was your intention in creating the images for Matter?

When I start a body of work its important for me to throw out intention – what I make is usually quite surprising and if I hold to intention, my intuition is often suffocated. I’m not a project photographer, I like to sniff around – I hunt for meaning after the pictures are made. Towards the end of a body of work my picture-making becomes more and more intentional: the edit and the sequence begin to dictate certain visual responses.

With Matter I was at the end of making my previous project, Transfigurations. I remember driving down this stretch of highway through the San Carlos Apache reservation in Arizona. The road was littered with dead animals: deer, fox, raven. The highway had become a totem pole, an asphalt homage to the life of the desert. One coyote caught my eye. He had this gorgeous mane of fur and dirt and blood that poured off his back. I pulled over and photographed him. On a whim I had packed this large white board in my truck. I placed the coyote on the board in the desert chaparral. It was perfect. The coyote is the same tonality as the ground yet separated by this field of white, representing photography in a strange way.

This particular image started me on the work that would later become Matter. I wanted to make pictures that dealt with the way photography flattens the world, photography as burial. I wanted to continue to deal with death and transformation. Over time, the work has evolved so much from where it started, that if I had held to my intentions, it would have most likely become a series of road-kill photographs.

How did it evolve? What themes are you touching on with the final result of Matter?

The earliest images were straightforward color photographs of objects and phenomena, mostly human made ruins – things that were left out in the wilderness. I started using flash to expose them at night, hoping to achieve the ultimate in two-dimensional quality. Flash has the habit of further flattening the photograph, exposing all of the surfaces of the subject at once so that there is minimal shadow and texture. Surprisingly, the flash pictures actually began to feel even more three dimensional, more sculptural, almost as if the world was under water or on a different planet.

I was fascinated with the way the meaning of these objects was altered by being placed under the larger influences of physical law. Both human and ‘natural’ objects respond much the same way to these influences. For many years I have been wondering about the distinction between nature and culture, a distinction that some would say is at the root of our environmental fallacy. This is one of the lines of questioning that my work has begun to push at.

It’s very fitting how you describe the Matter photos as if they were taken “on a different planet”: they do look like they were shot by someone exploring an unknown territory. Due to the images often being dark and hardly legible, this exploration comes off as a somewhat scary experience. Do feelings like fear or anxiety have a place in Matter?

Part of my motivation is to embrace Nature’s dark side. We are accustomed to the idea of a redemptive nature, one that soothes and transforms us. That might be a valuable position, but Nature is also relentless: everything is consumed. In some way, these pictures are a story of the digestive system of the Earth. I hope to create a space that oscillates between chilling doubt and transcendence.

Did you have any particular reference or source(s) of inspiration in mind while working on Matter?

Pagan and religious iconography, science fiction, magical realism – the list goes on. One influence in particular was the artist Robert Smithson whose work and writings offer up a collision of nature and culture, ruins and technology, deep and shallow time, in the hopes of understanding our place on this planet.

My photography is influenced almost subconsciously by the world I immerse myself in. Influences percolate to the surface as I work. I am especially thankful to my peers and to my students for keeping the fire burning.

Walking, fly fishing, being under a dark sky, friends.