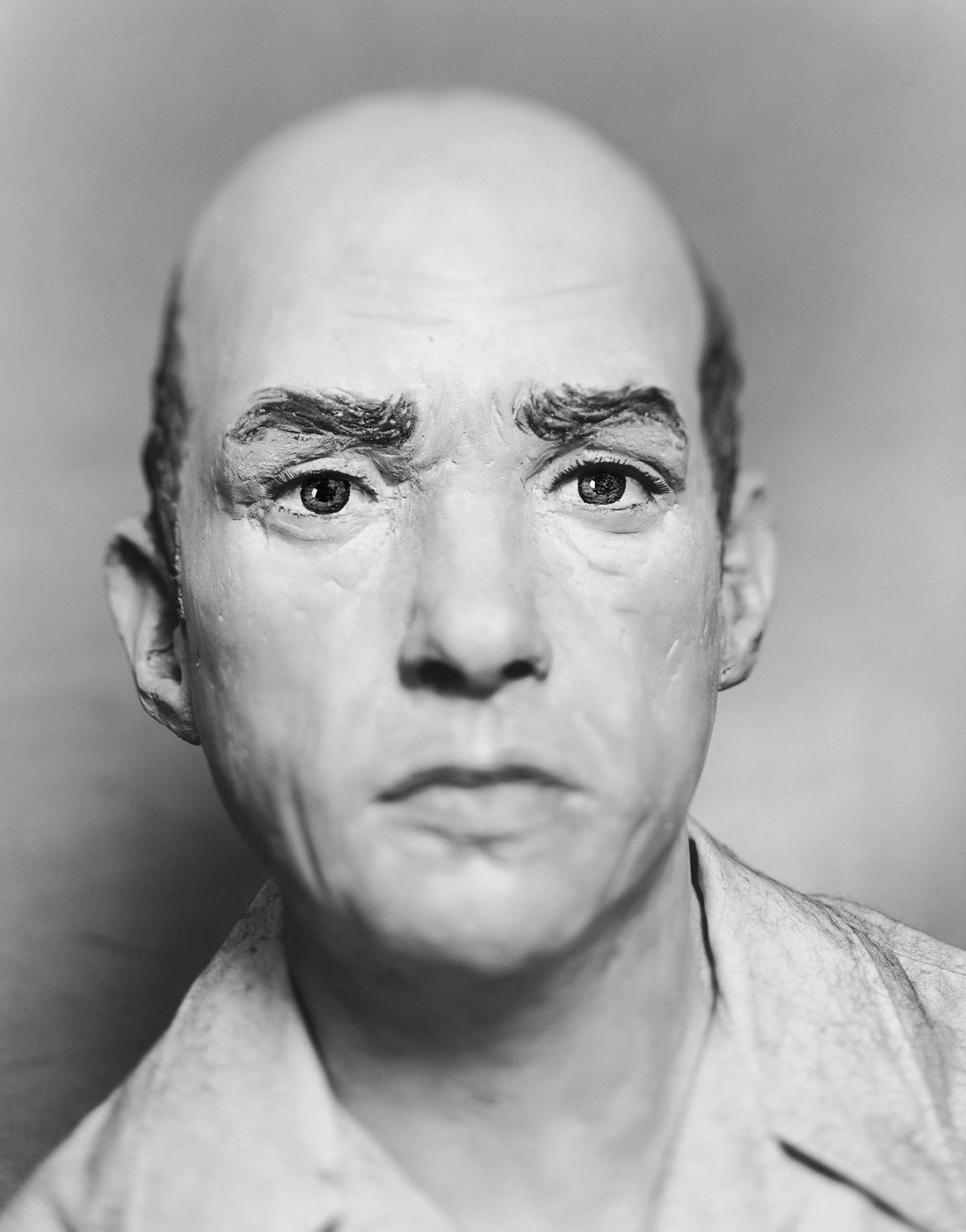 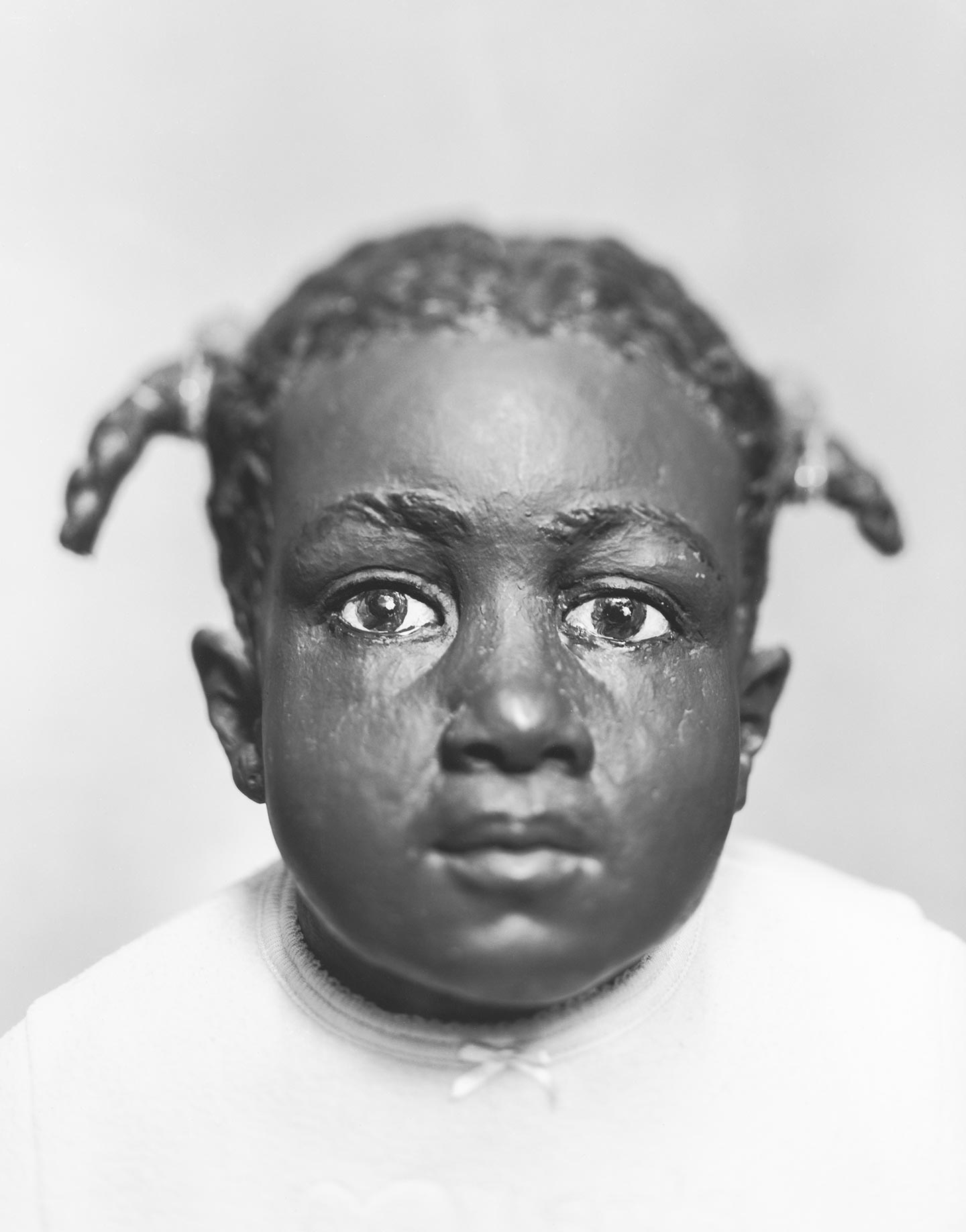 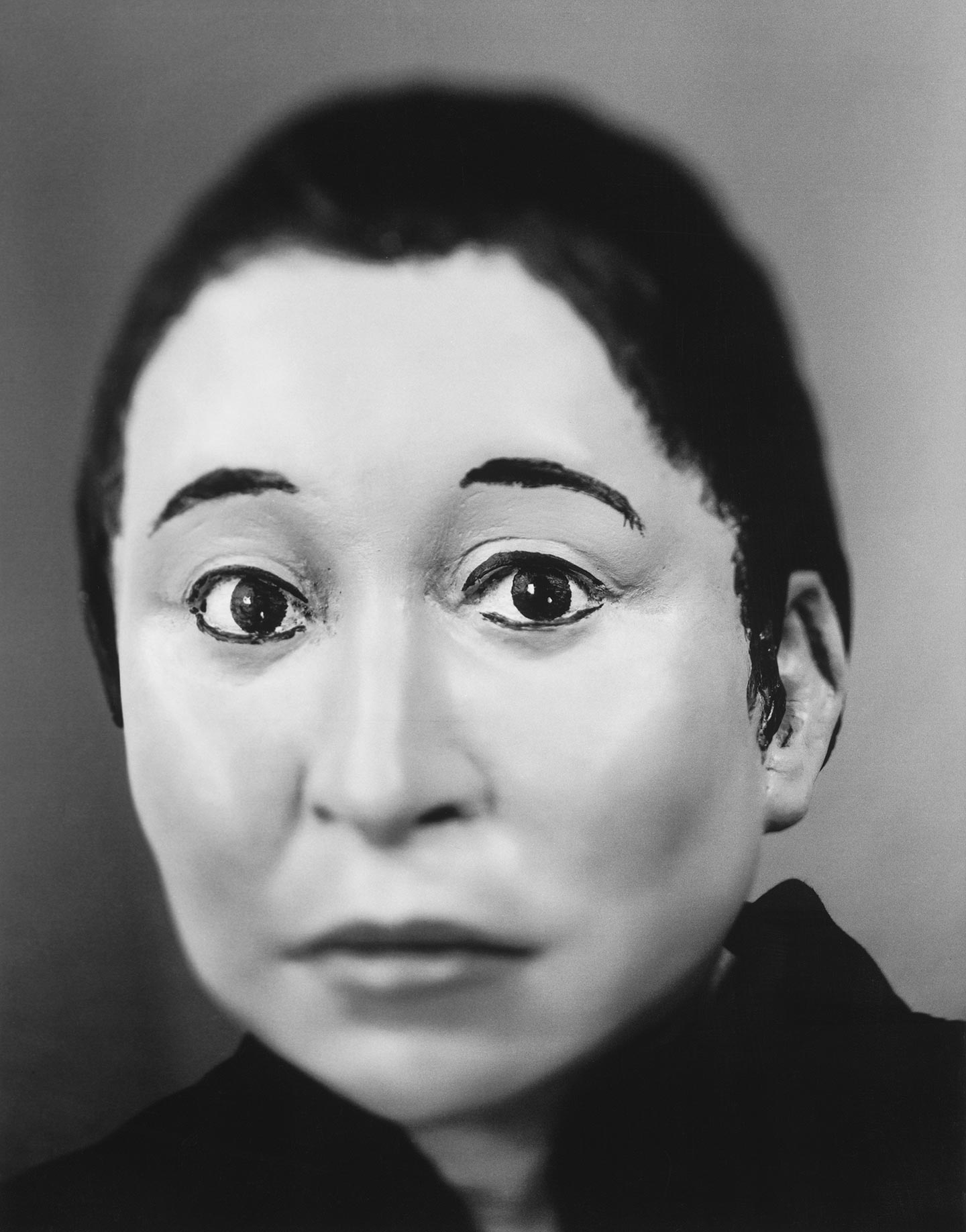 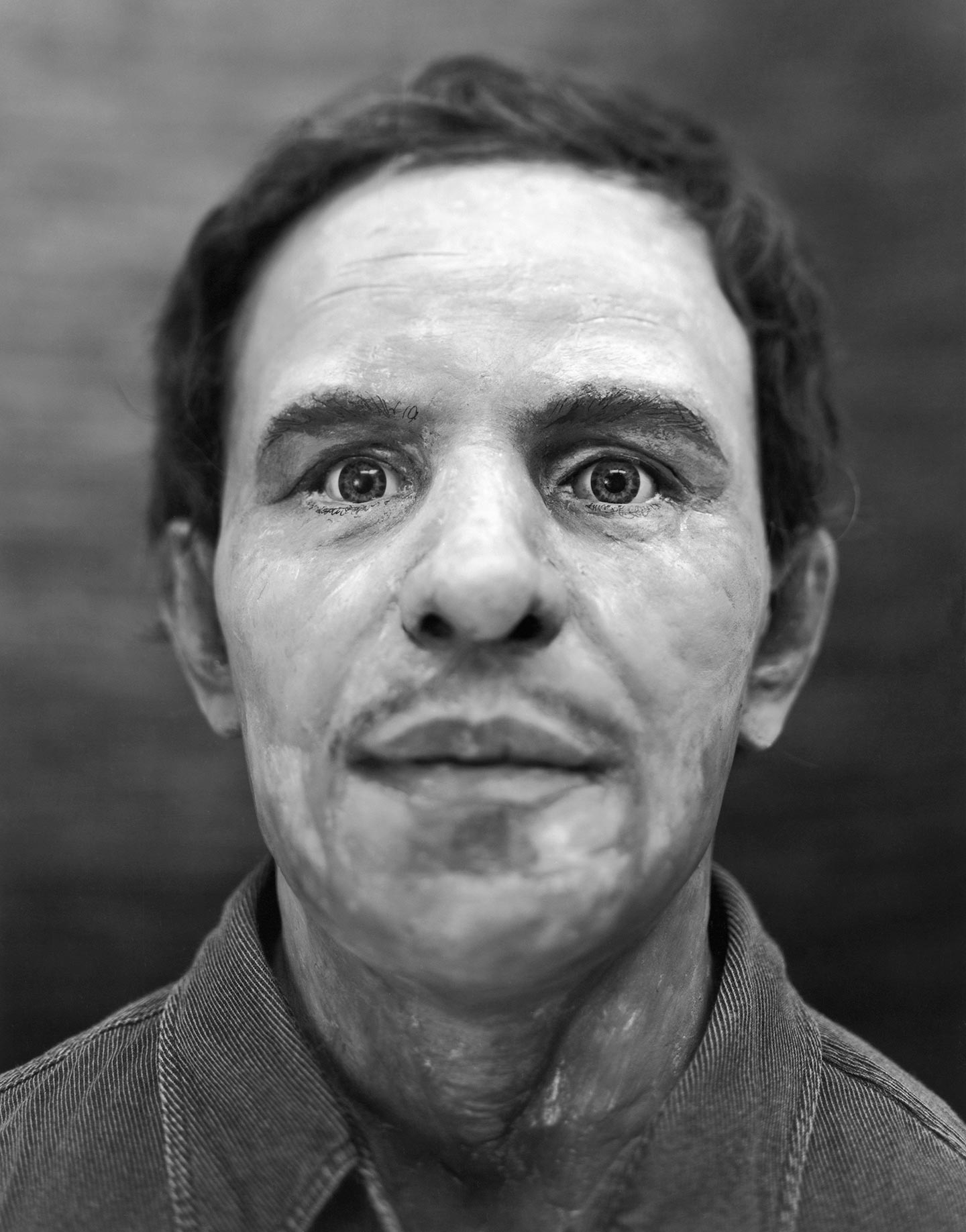 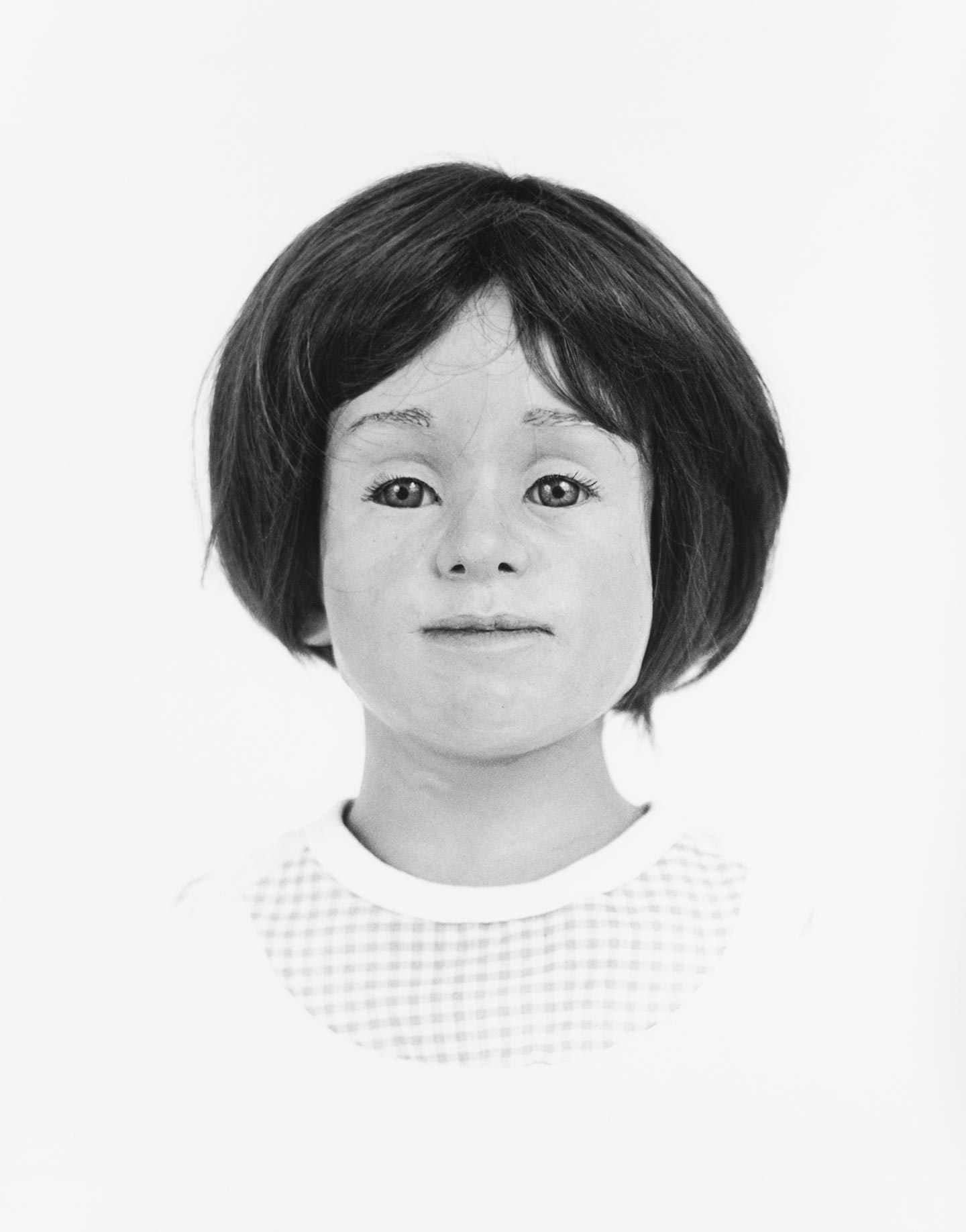 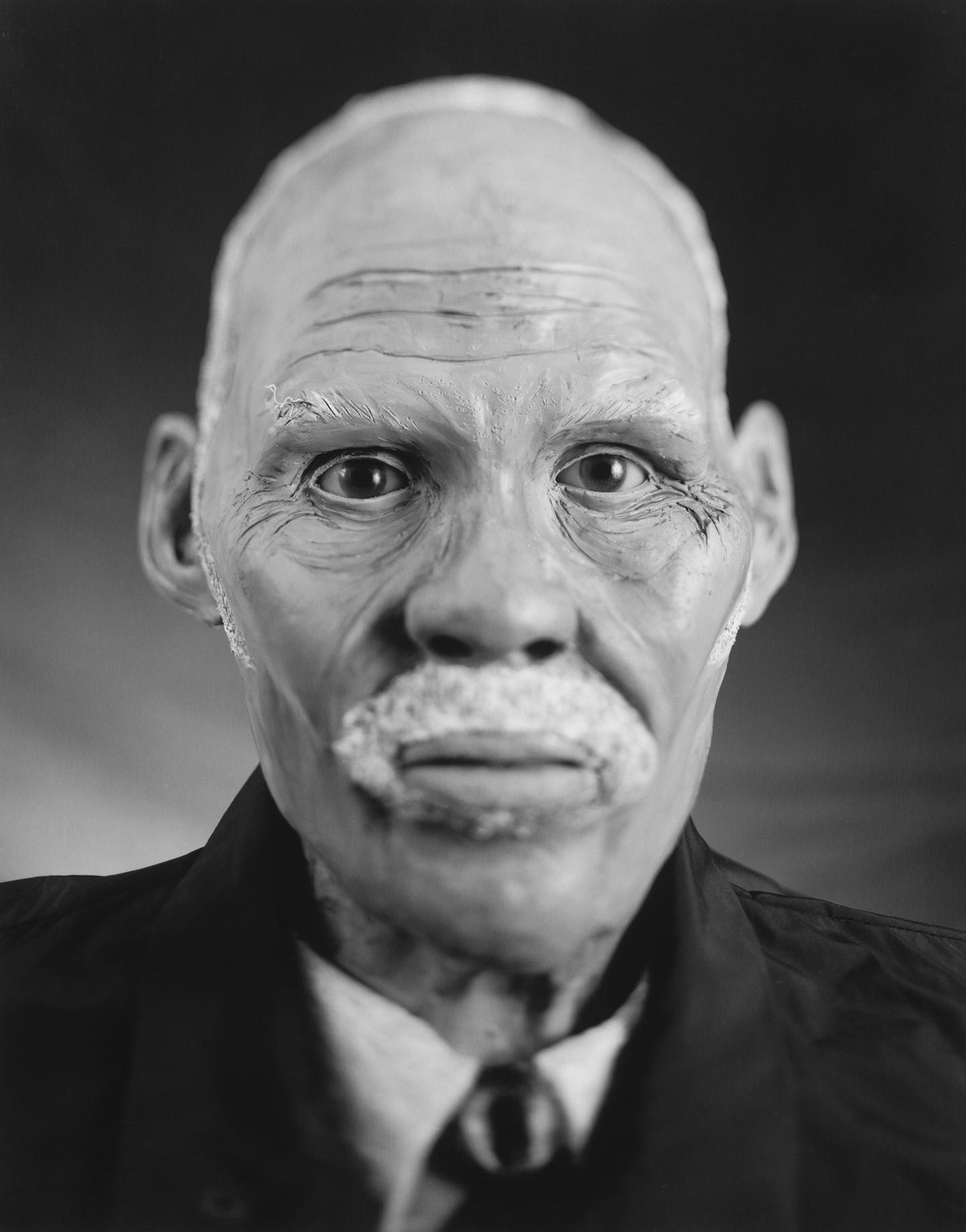 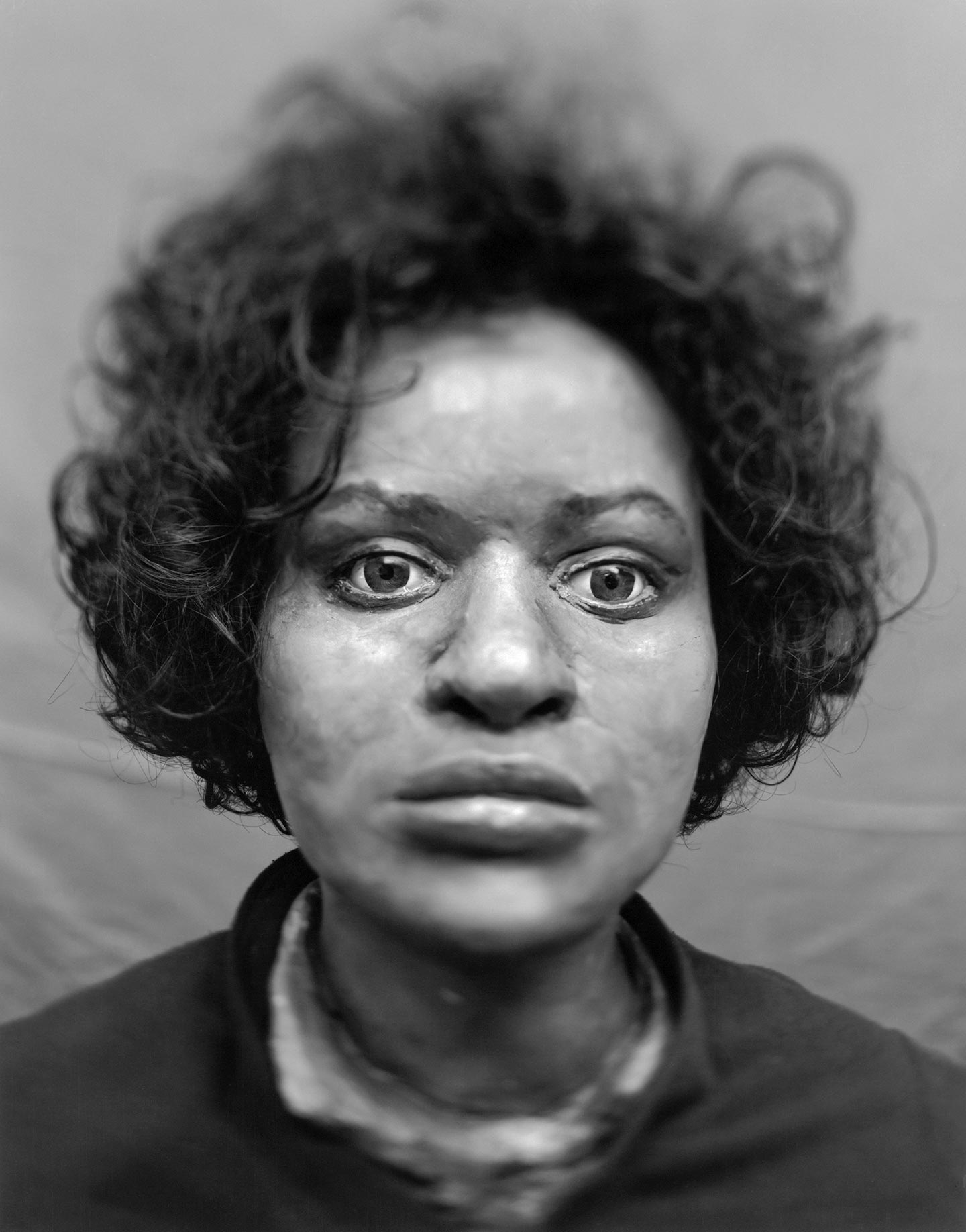 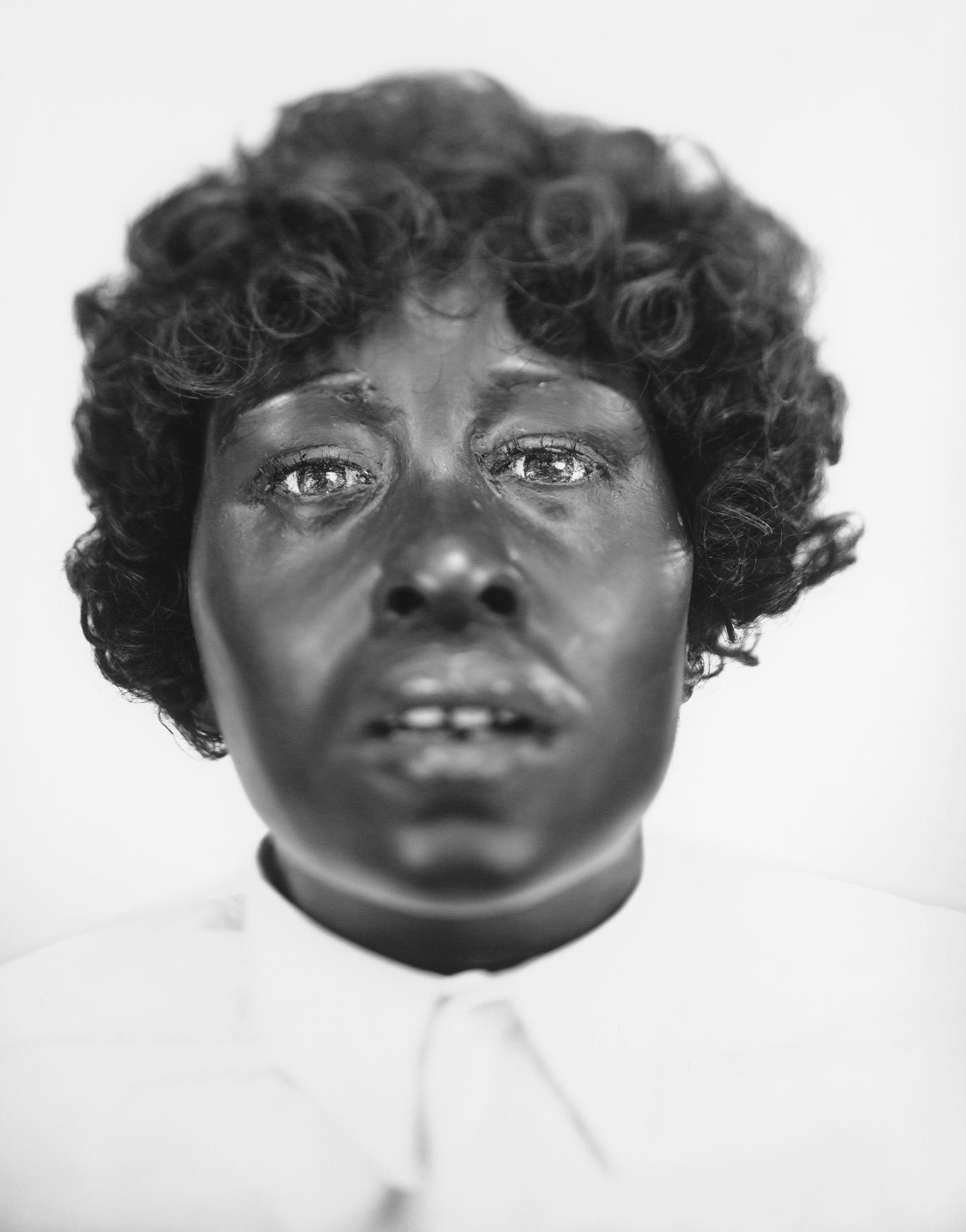 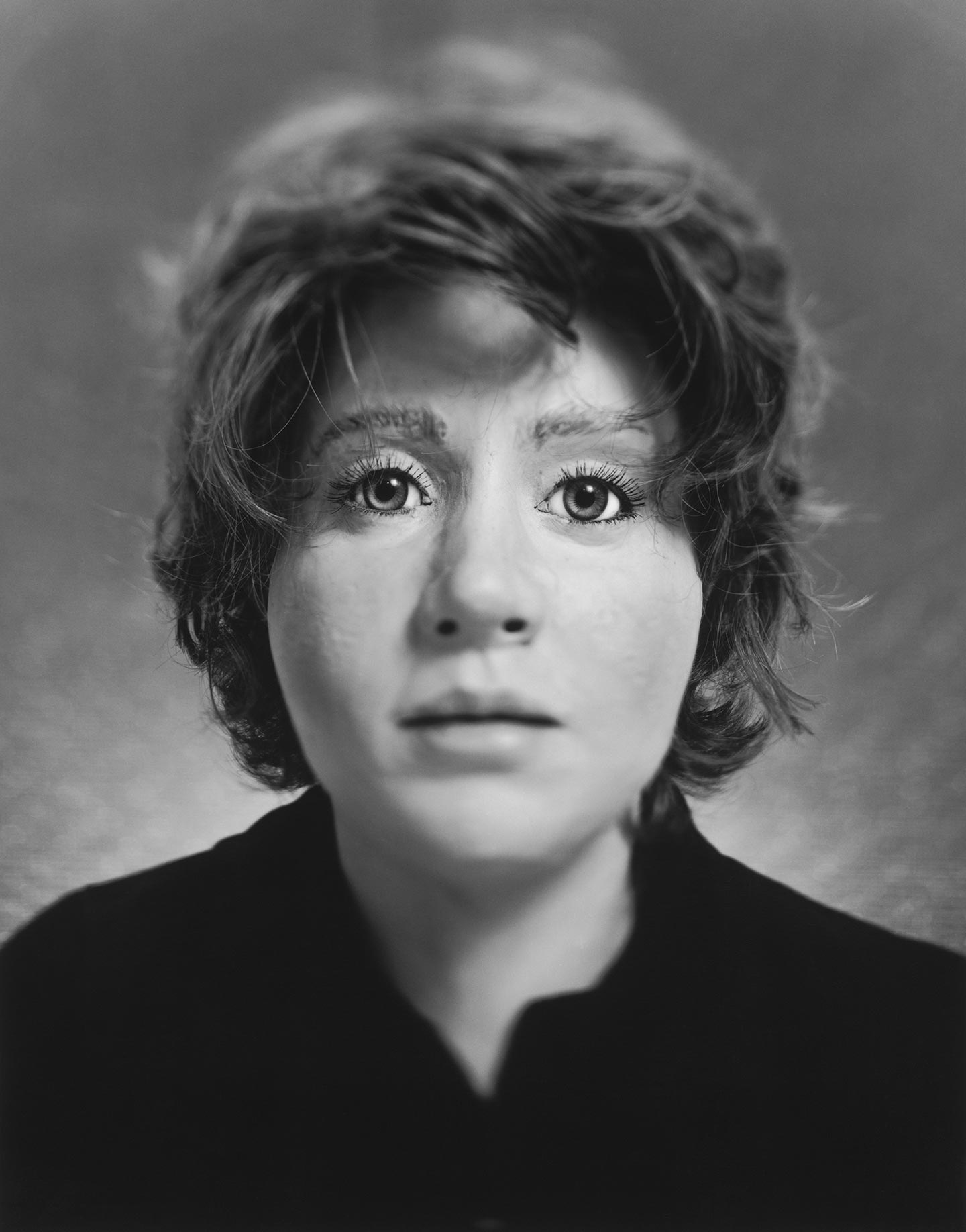 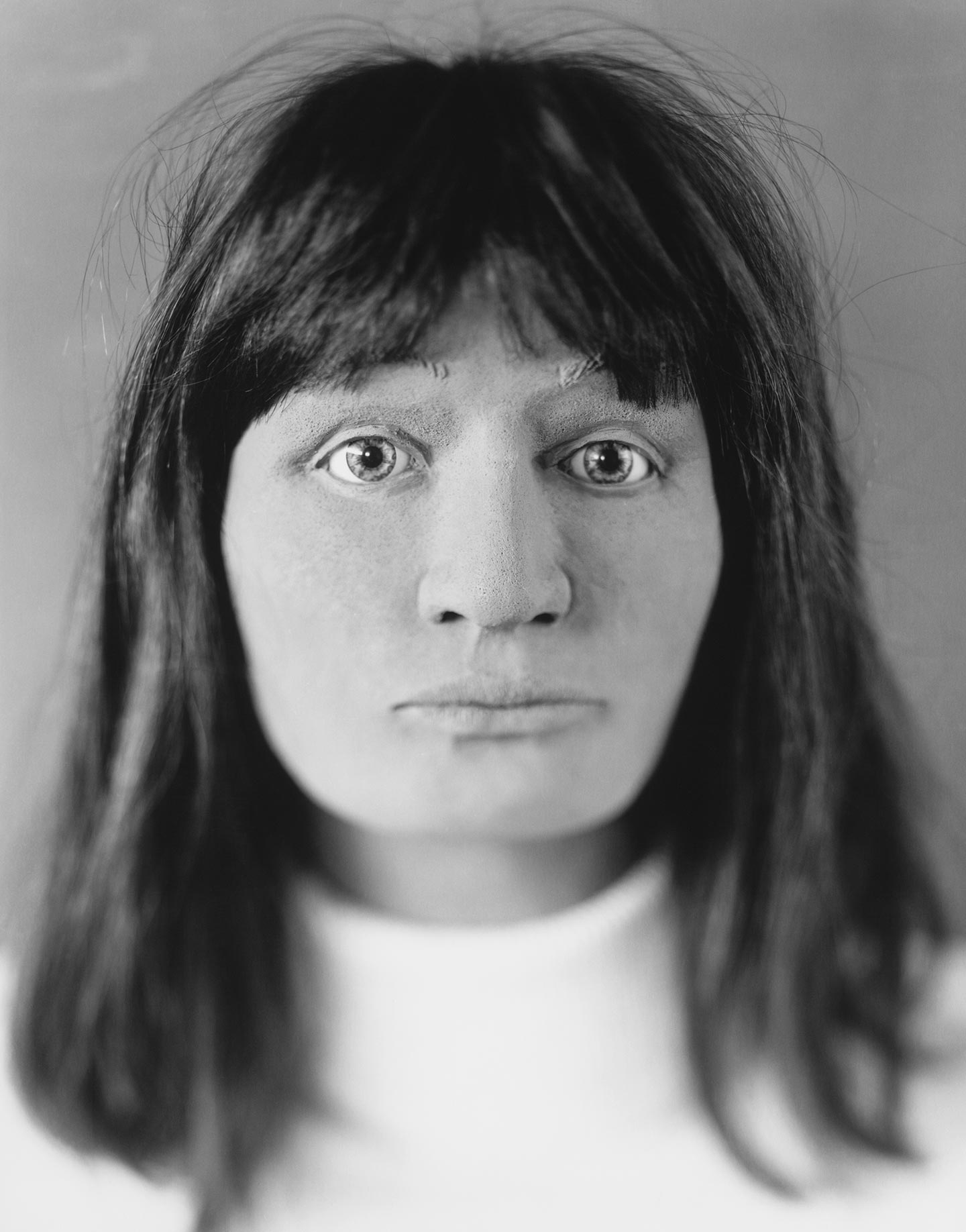 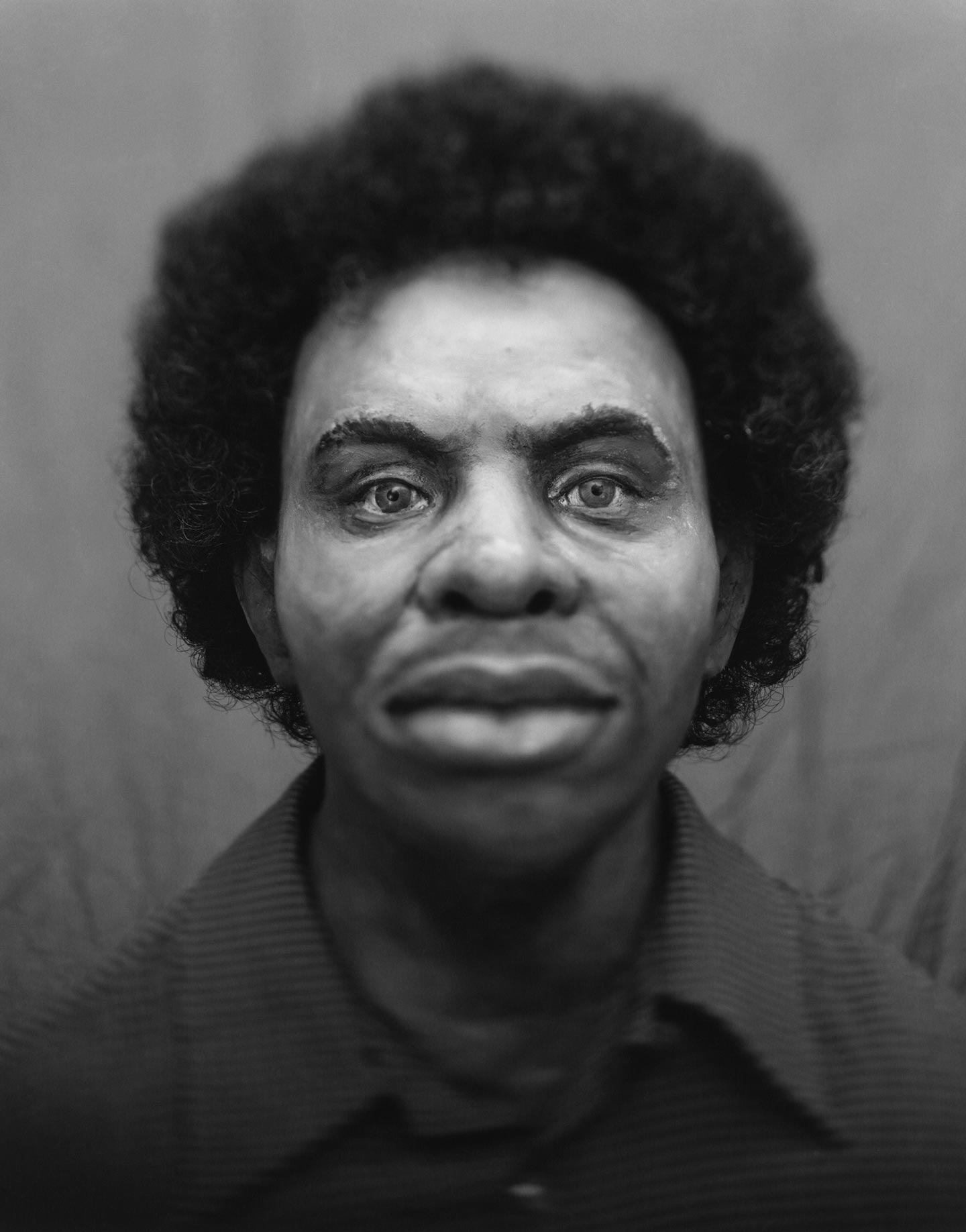 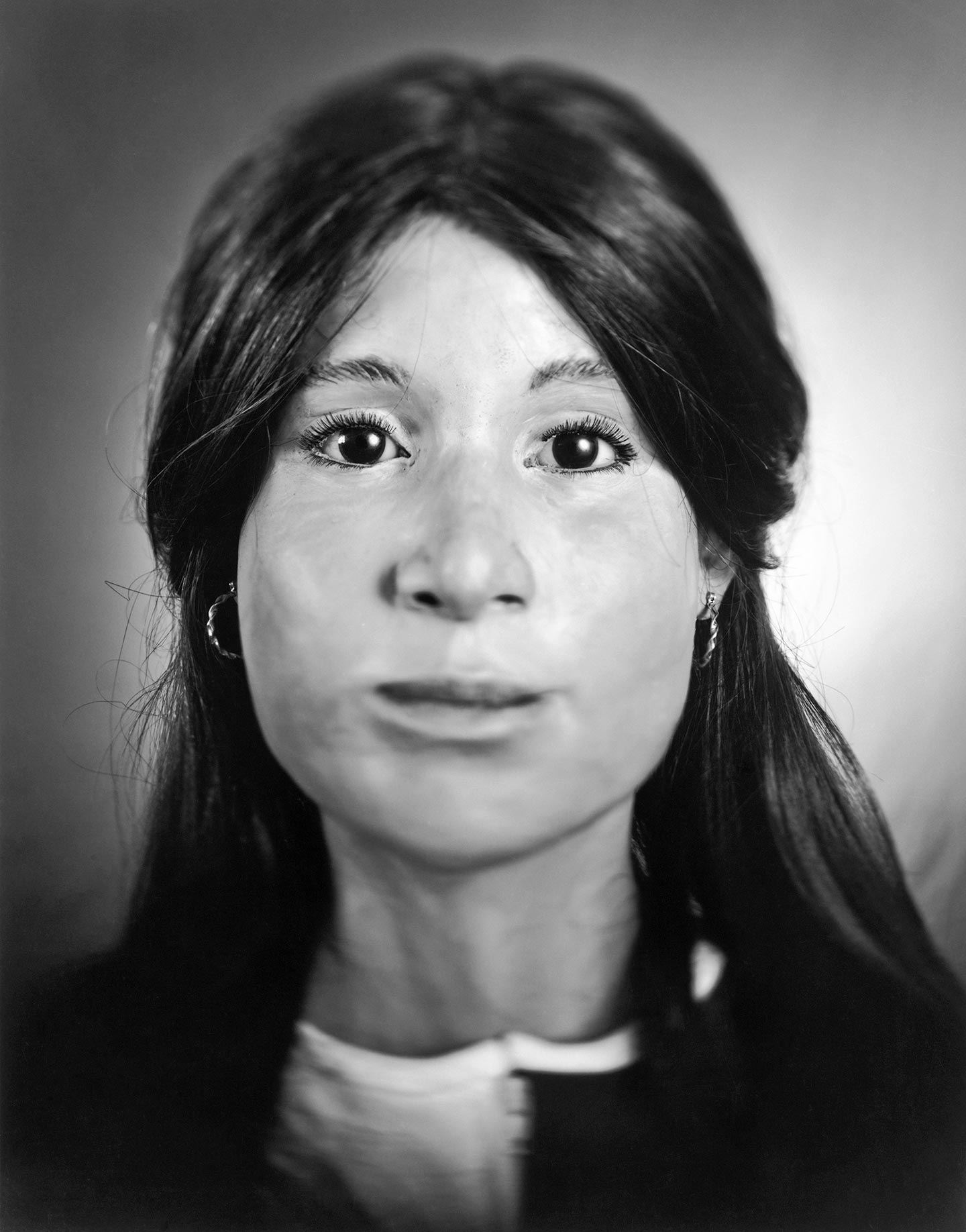 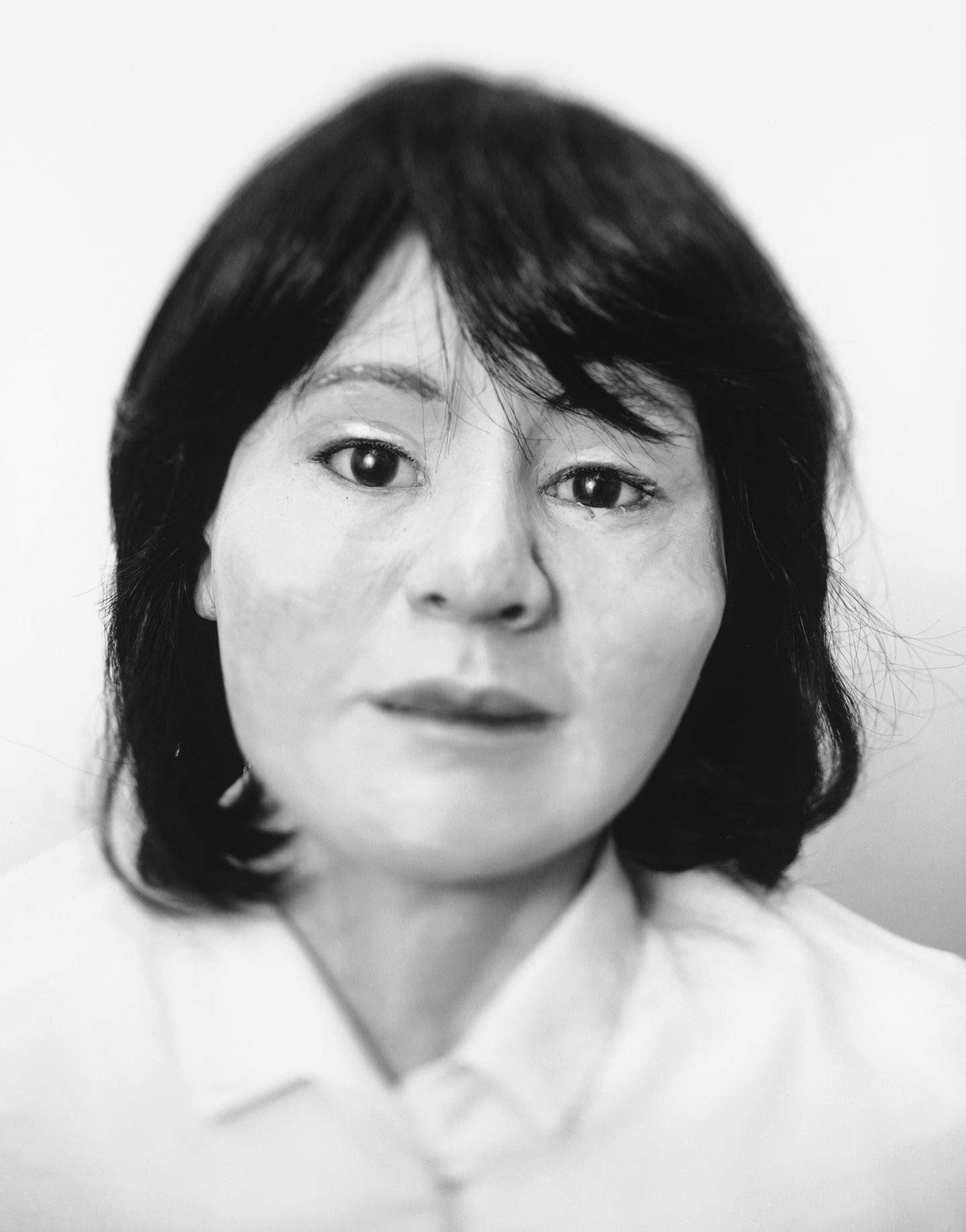 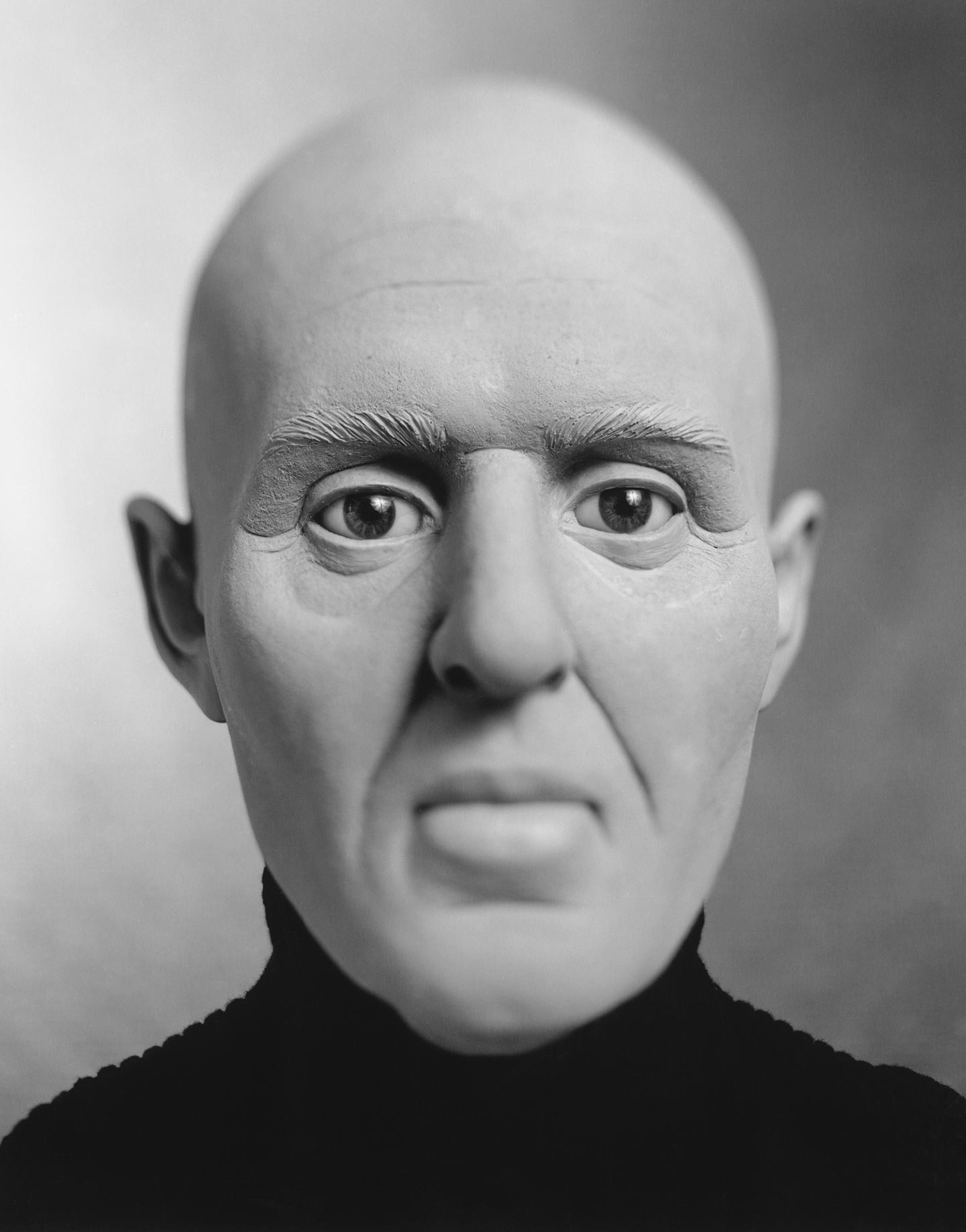 63 year-old American photographer Arne Svenson discusses Unspeaking Likeness, a staggering body of work inspired by the forensic practice of reconstructing the faces of unidentifiable victims in the hopes that the resulting sculpture could help put a name on the corpses.

Hello Arne, thank you for this interview. What are your main interests as a photographer?

If I had to use just two words to describe my interests as an artist, they would be resuscitation and reanimation – the breathing of life into the moribund, dormant and/or unseen citizens and objects of our culture. Maybe another way of describing it is that I try to illuminate, or glance light off of, subjects that normally go unnoticed in shadow, darkness, or ignorance. Whether it is the reconstructed head of a murder victim or the anonymous neighbor across the street, I try to use my camera as a reporter uses text, to create a narrative that facilitates the understanding of what may lie hidden or obscured behind the veneer. This narrative, at times only a whisper or suggestion, weaves throughout my body of work, hopefully linking that which on the surface appears to be totally divergent. In a practical sense, I work almost exclusively in serial form and usually take about a year or two to research, plan and shoot each project.

Please introduce us to Unspeaking Likeness.

My new book, Unspeaking Likeness, published by Twin Palms, is a monograph on my series of black and white photographs of forensic facial reconstruction sculptures. Briefly, after an unidentified corpse is found, a law enforcement investigator may commission a forensic artist to build an artificial face on either the skull, or a cast, to better aid in the identification of the victim. Pursuing and photographing these elusive subjects has led me from the coroner’s storage lockers in Napa, California, to an isolated police station/prison in Chihuahua, Mexico; from a work space/darkroom set up in the “Organ Procurement Room” at the coroner’s office in Atlanta, to an impromptu studio in a friend’s garage in San Francisco.

I was eventually able to track down fifty extant sculptures, all of which are pictured in Unspeaking Likeness. Included is data that I collected on each individual pictured. For some that is only a clinical description of the physical condition and location of their bodies when found; for others, the identified, it is a narrative of who they were and how they were killed.

How did you learn about the practice of facial reconstruction, and what compelled you to make a project about it?

While taking photographs of pathology specimens in the Mutter Museum, a Philadelphia-based institution dedicated to medical arts and history, I came across a strange object (even in this context): a sculpture of a woman’s head replete with eyeglasses and a brown, wavy wig. It was resting on its side on a storage room shelf between an ancient microscope and the dried leg of a horse. Her mouth was partially open and her heavily lidded eyes were half closed behind 1980’s style glasses. She had the look of the utterly lost, and certainly seemed an abandoned anomaly in this storage room filled with historical medical ephemera. I carried the head to the museum director and was told that it was a forensic facial reconstruction sculpture.

Based on what do the forensic artists shape a face seeing as there’s no way of knowing the corpse’s identity?

The forensic artist, who is trained in this field, is given the skull of the victim and using fiberglass, clay, statistical averages of tissue/muscle depth and intuition, sculpts directly onto a cast of the skull, or the skull itself, what is presumably a likeness of the unidentified subject. This reconstruction is then photographed and the images posted, in the hope that the victim will be identified.

Many times the clay is laid over the bone in a replication of facial muscles that, after smoothing out the clay, hopefully resembles the structure and skin of the victim’s face. If the artist hasn’t created eyes of clay, glass eyes are added to further humanize the sculpture. Hair is either sculpted or a wig is placed on the reconstruction. Based on science, nonetheless it is a wildly subjective art practice and success, i.e. the identification of the subject, is often dependent on the artist’s intuition and talent.

Where did you source the sculpted faces you photographed for Unspeaking Likeness?

The world of forensic facial reconstruction artists is small and once I contacted a few of them I was introduced to other practitioners in the field. I also did extensive research on The Doe Network, and other sites whose mission is to identify missing people and unidentified corpses. These sites were invaluable not only in locating the heads, but also in the research phase of my project as they provided information, i.e. where the body was found, in what condition, etc., about each subject from the data the site volunteers had collected.

Most examples of these sculpted faces are located in law enforcement and medical examiners/coroner facilities. Frankly, many agencies I contacted were suspicious of my motives and naturally protective of what are, after all, human remains. It wasn’t until I had submitted written proposals and samples of the work that I was allowed even minimal access to the reconstructions. My argument was always the same – if I could record these reconstructions and disseminate the images, then perhaps there was a greater likelihood the victims would be identified.

Upon arriving at an agency, I usually had only a limited amount of time to photograph the reconstructions. I worked for the most part in the medical examiner’s offices/labs, occasionally in a police station or in the artist’s studio. I would arrive with my equipment, go to an assigned work area (be it the lunch room of a police station, the unused dissection room at the coroners, or the garage behind the morgue), locate the head(s), dress the busts, and photograph them, usually having to use existing light. The shooting conditions ranged from bad to terrible, but the technicians and doctors were amazingly supportive and, at times, acted as my assistants.

Can you describe your approach to photographing the reconstructions?

Based on my studies of portraiture and of how we see each other, I determined three main principles as my shooting/conceptual guide: one, that it is essential for the eyes of the (inert) subject to be focused on the viewer so as to immediately engage him/her. Two, that the rest of the face must fall out of focus so as to draw attention away from the artificiality of the materials used to create the sculpture and to direct the viewer’s gaze back to the eyes. And three, that I create the semblance, or indication, that the heads are attached to a body. Most of the reconstruction sculptures stop at the neck: in order to encourage the viewer to see the reconstruction as human, I had to create the sense that a whole body extended beyond frame of the image. I created shoulders out of anything available at the time (blocks of wood, paint cans, a coat hanger) and put a shirt, sometimes my own, on the newly created bust prior to photographing it. If I had the data available, I would try to dress the sculptures in clothing that resembled what they were wearing when their bodies were found.

I shot the entire series with a 4 x 5 film camera. Not only did this allow me to manipulate, in camera, the focal field but, unexpectedly, it also added a certain gravitas to the shooting session. I was painfully aware that I was dealing with human remains and was often surrounded by on-going autopsies and felt, perhaps naively, that the ritual of setting up the large camera and photographing from under the black hood showed a measure of respect for the dead.

What was your main intent in creating these photographs, and how do you hope viewers react to them?

From the beginning, my goal for this project has been not necessarily to transpose the reconstructions to the realm of absolute reality, but to humanize them just enough in the viewers perception that they would empathically embrace, and respect, the subject. I also addressed the vibration-point between fiction and nonfiction — when approaching the photos I want you to question whether they are of real people, replications or something in between, living or dead. Close up, its undeniable that the photographs are images of lifeless sculptures, but my aim is to encourage the viewer, by how I photograph the work and how I present it, to see the reconstructions as potentially human at any distance, not merely faces of clay. And, perhaps to see them as a loved-one would, possibly creating a narrative framed around such questions as “Who was she?” and “Who killed her?”

Did you have any specific references or sources of inspiration in mind while working on Unspeaking Likeness?

I was having a lot of trouble when I first started the series because no matter what I did, it seemed I couldn’t breath life into the portraits. So I visited New York’s Metropolitan Museum of Art to study the portrait (paintings) collection. In addition, although I am familiar with mug shots from a book, Prisoners, I did some years ago, I went back and tried to discern what it is about those photographs of people staring at the camera, that are so compelling. And I consciously began to analyze how I look at other people, not how the camera sees, but how I see someone staring back at me.