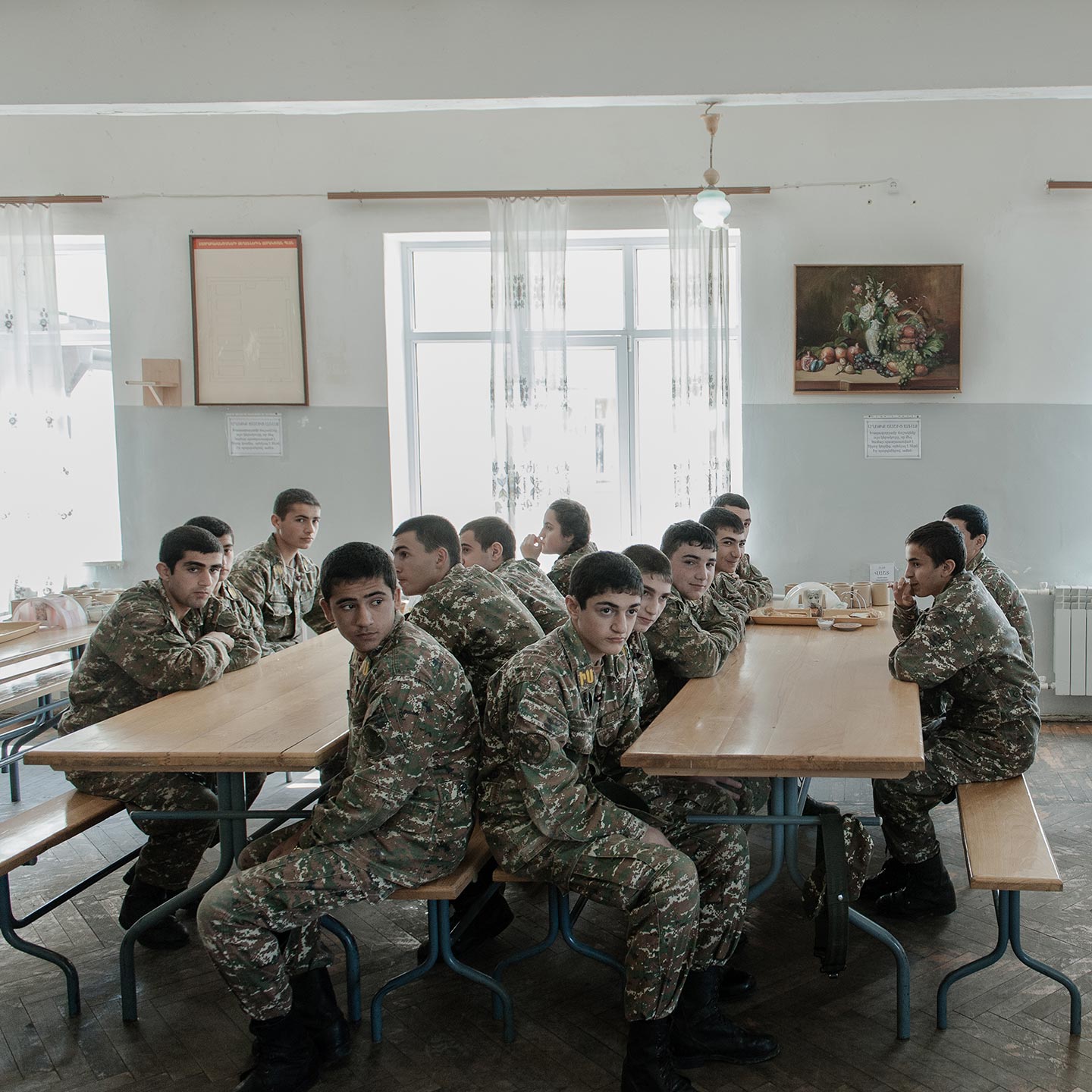 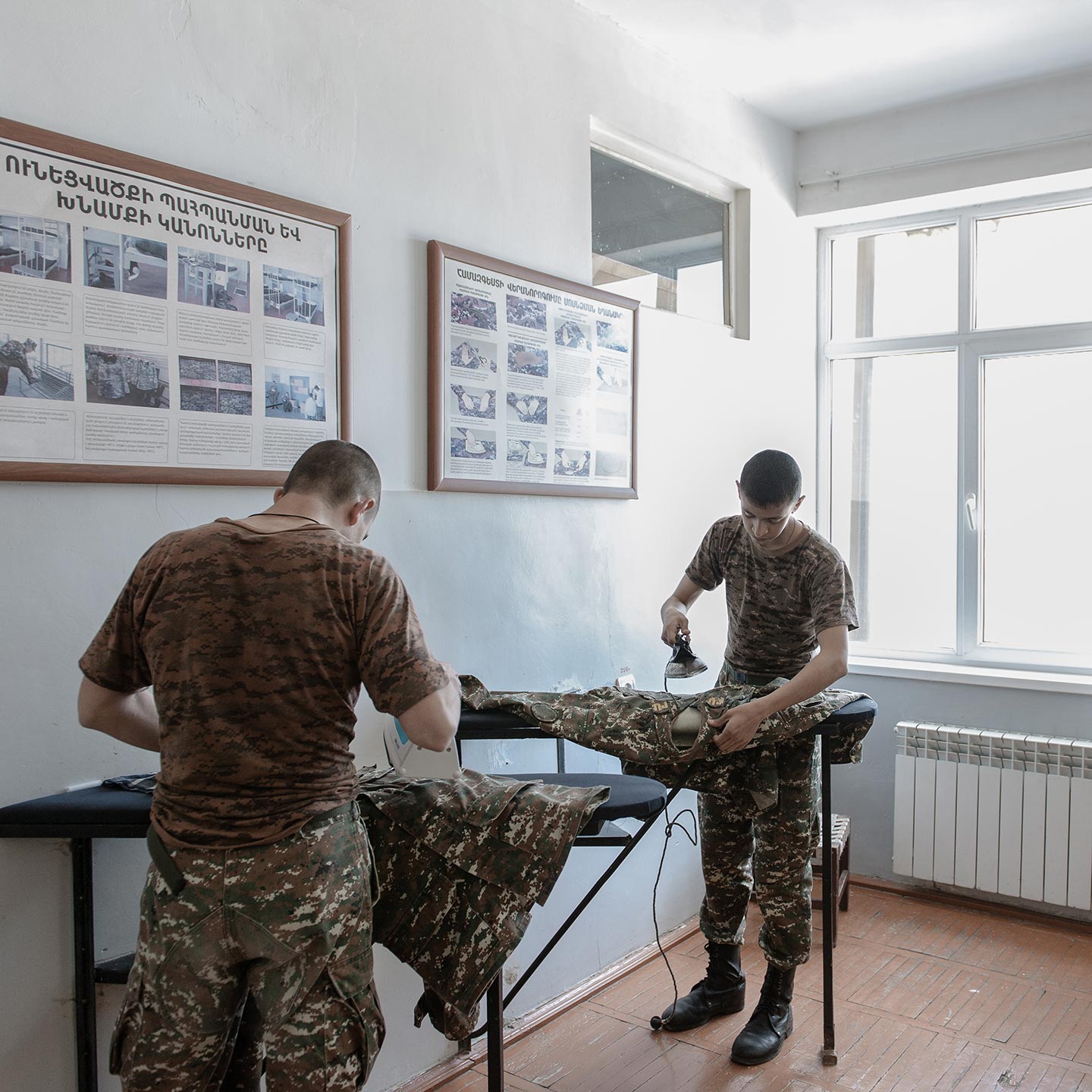 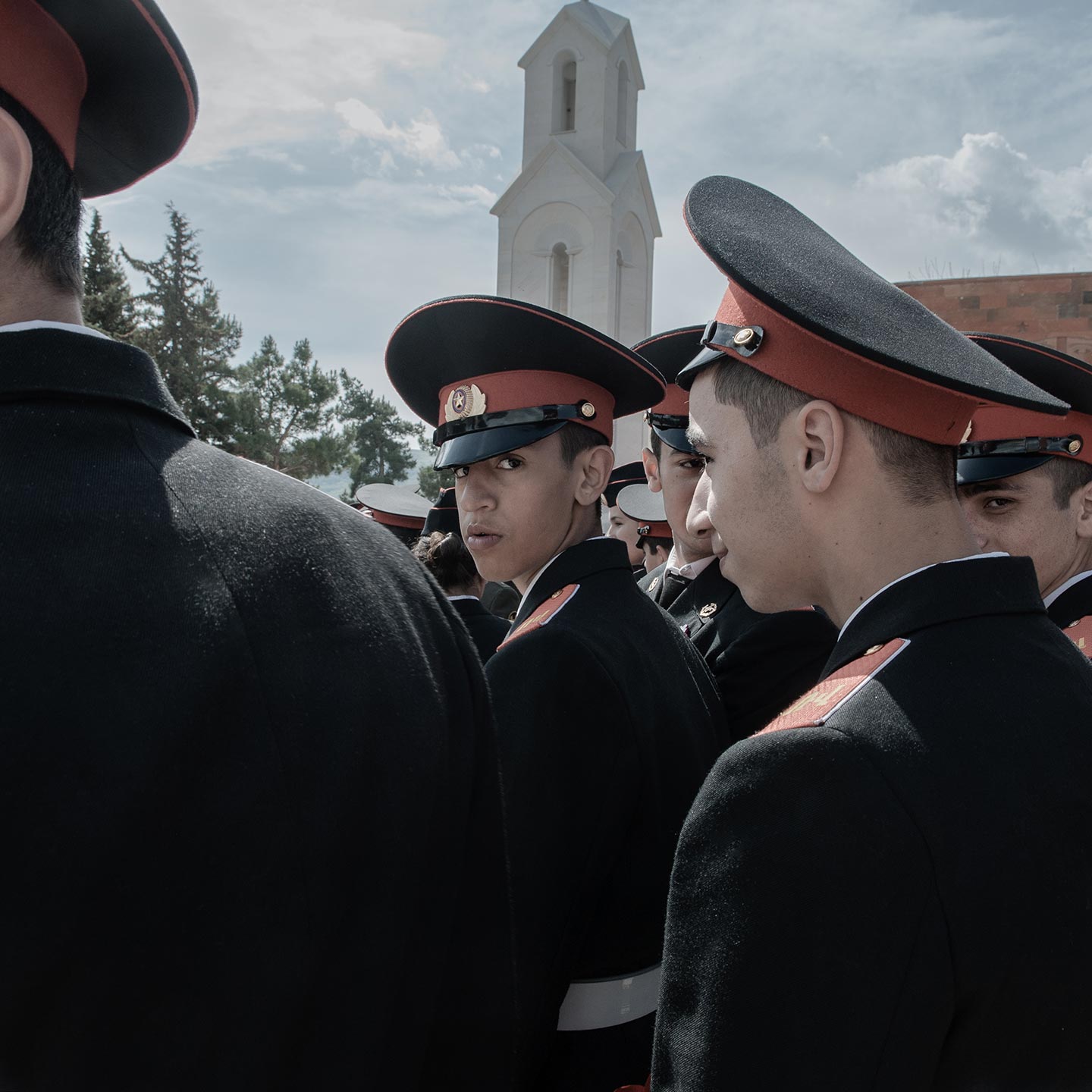 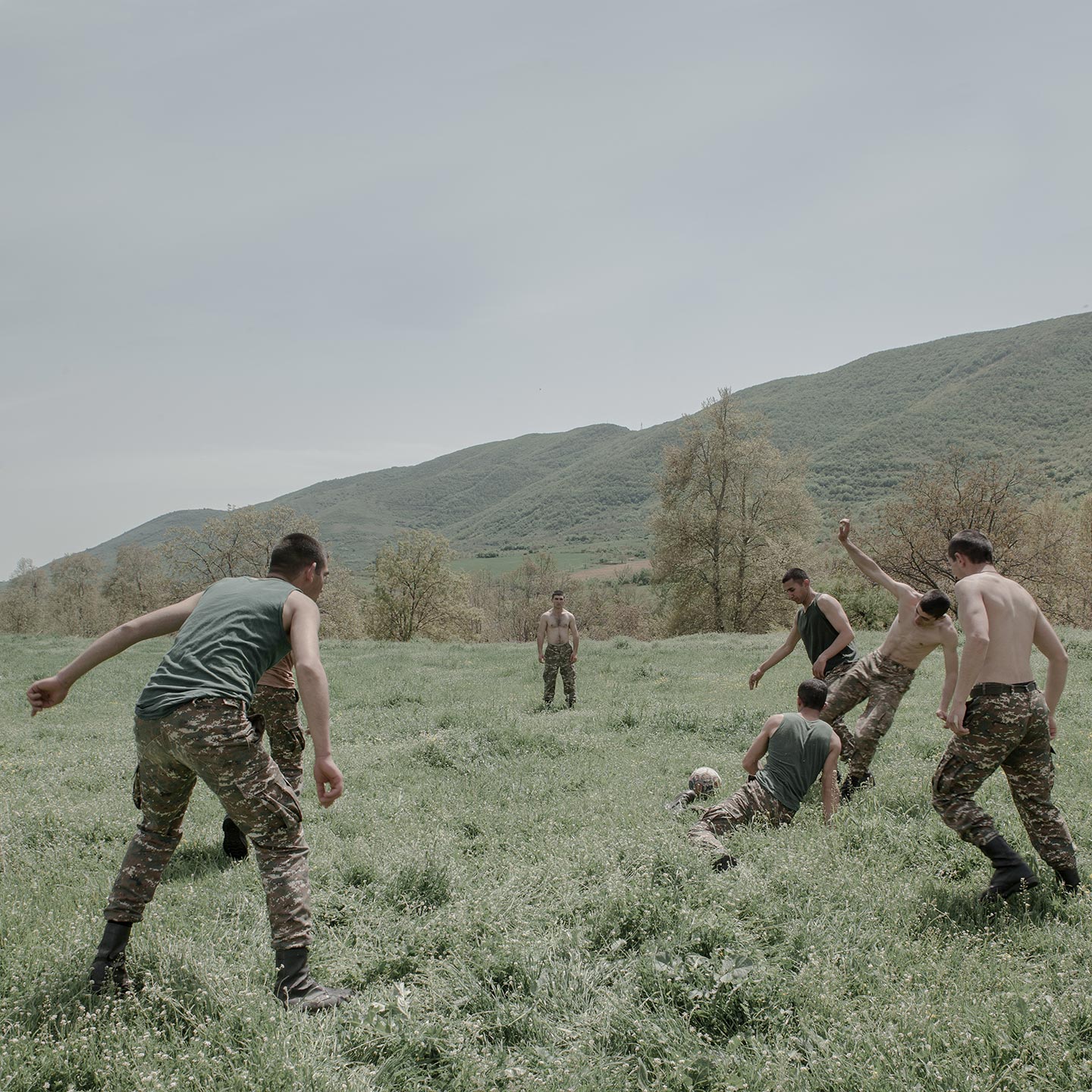 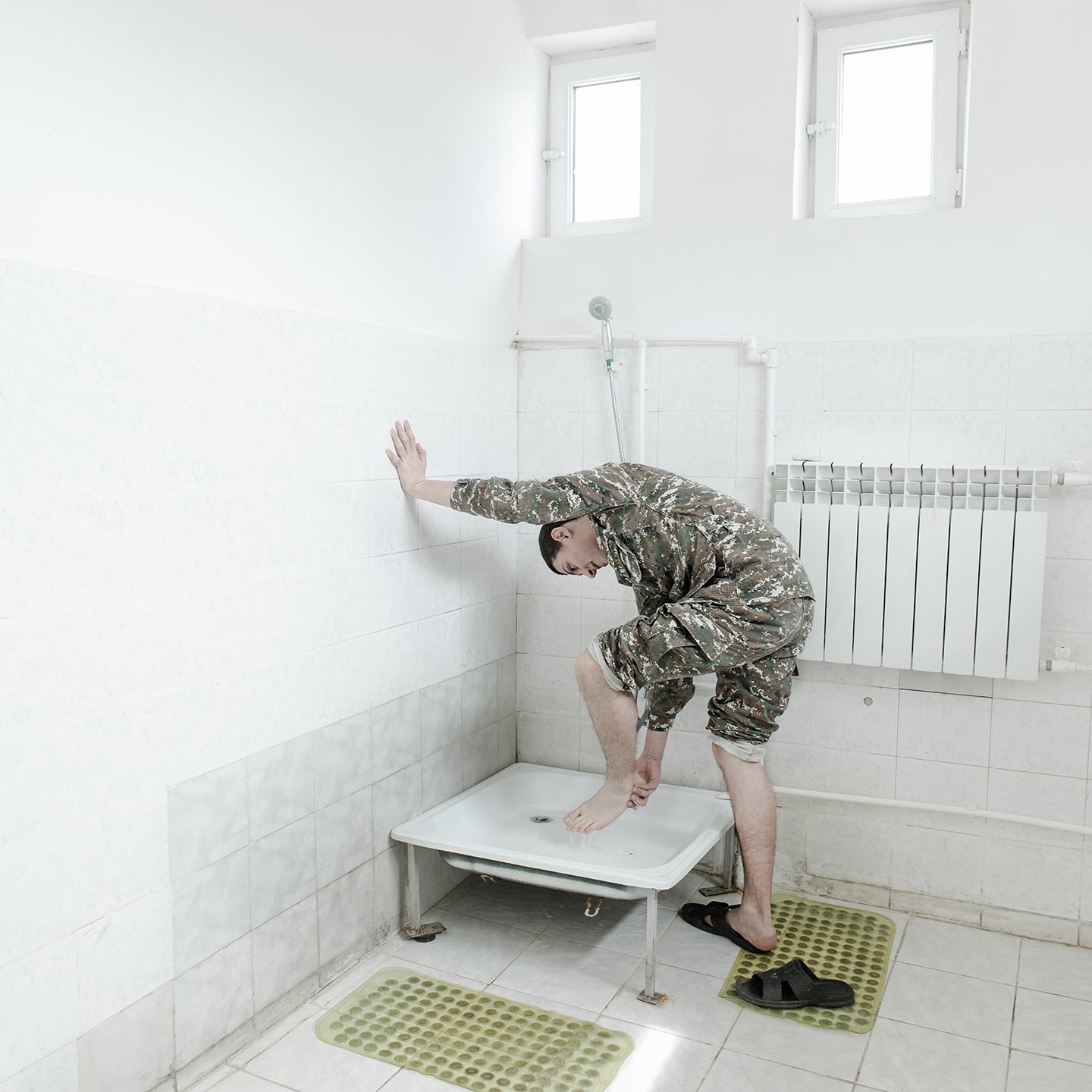 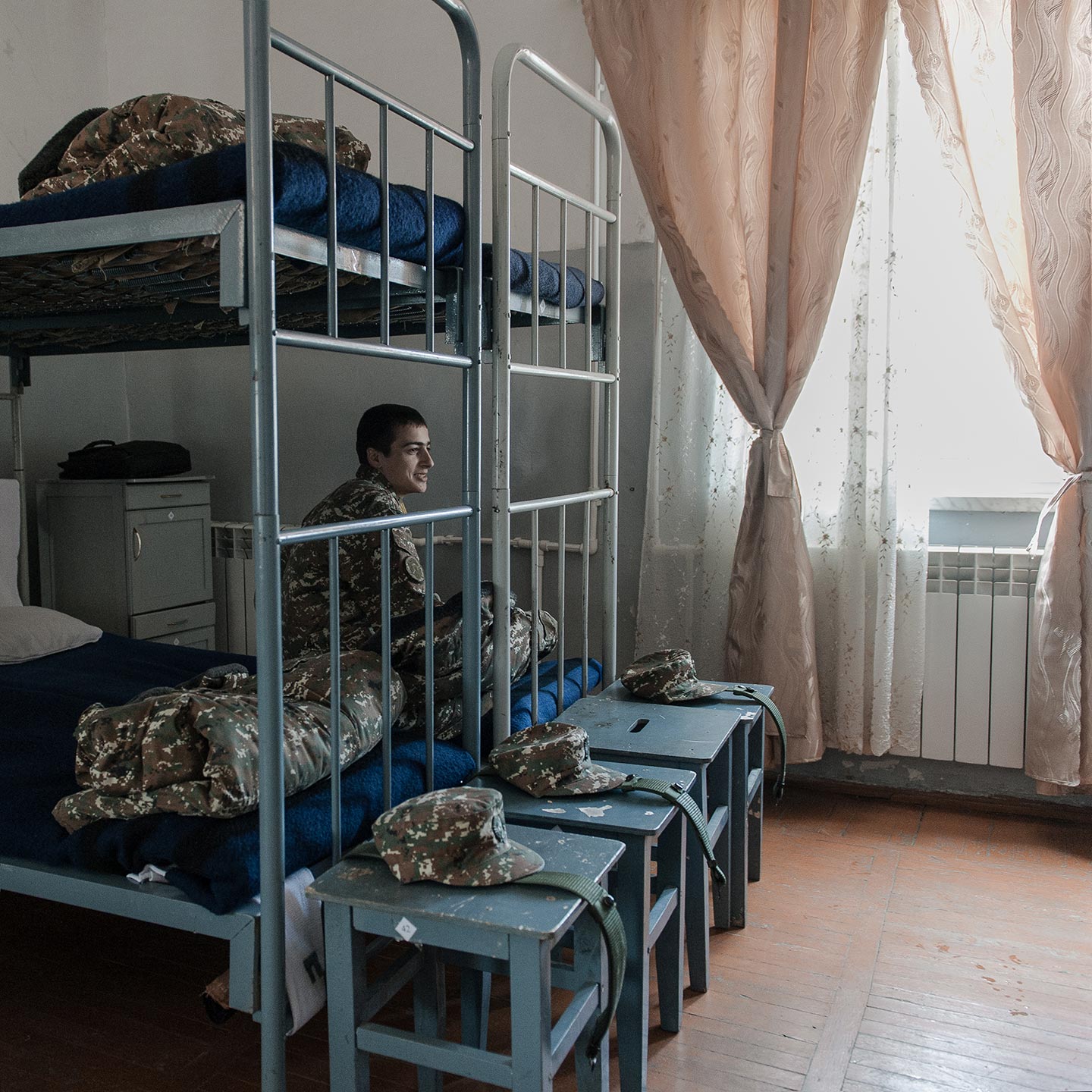 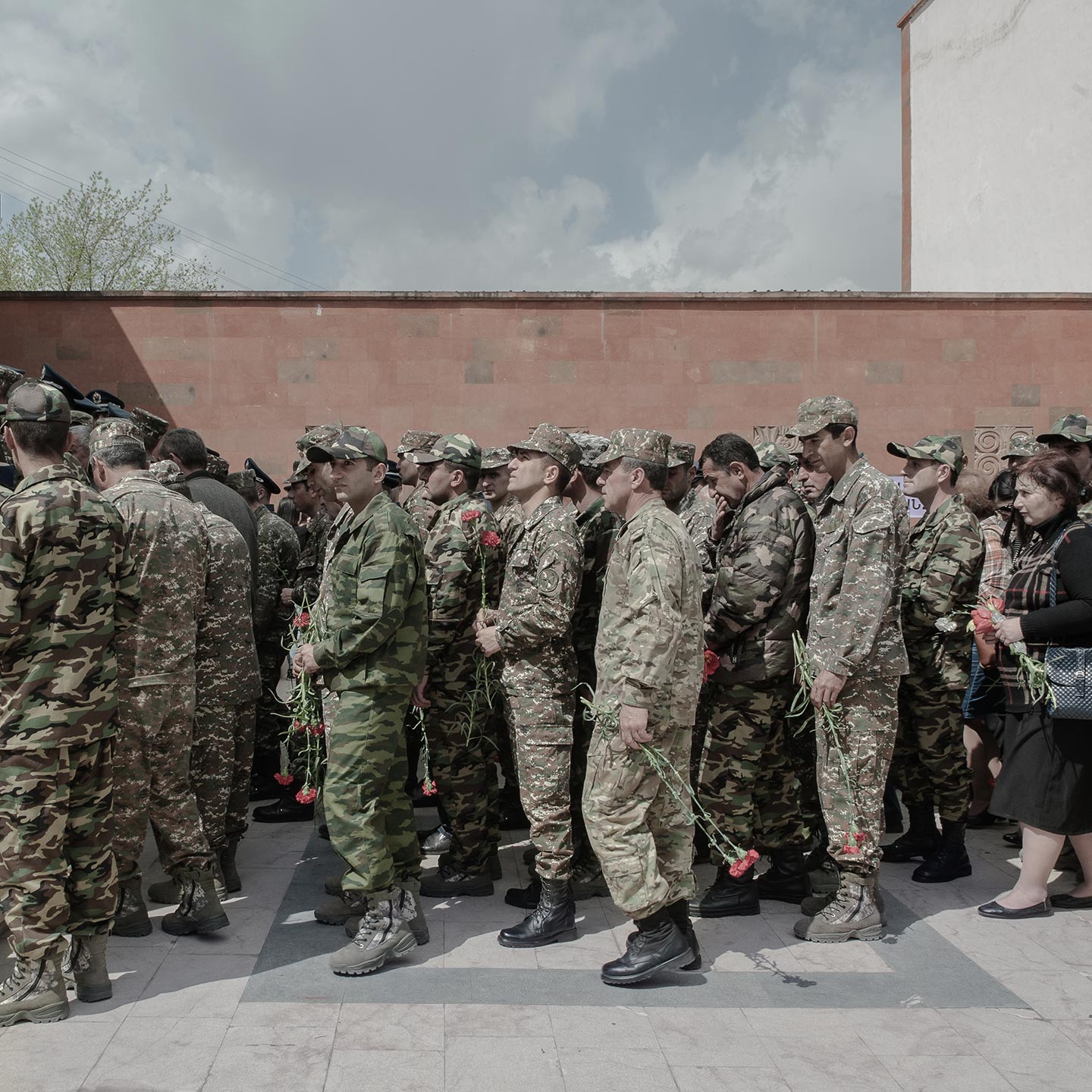 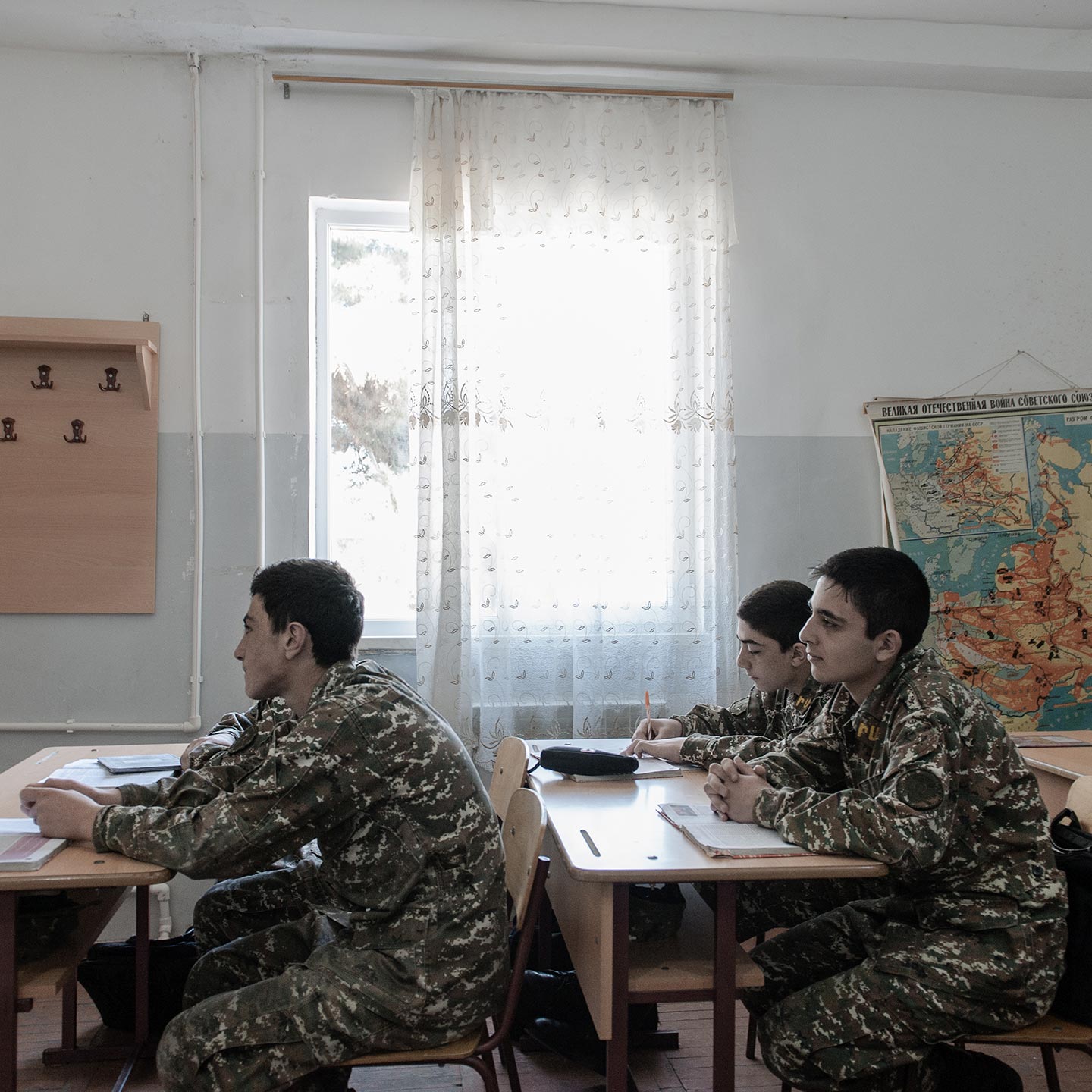 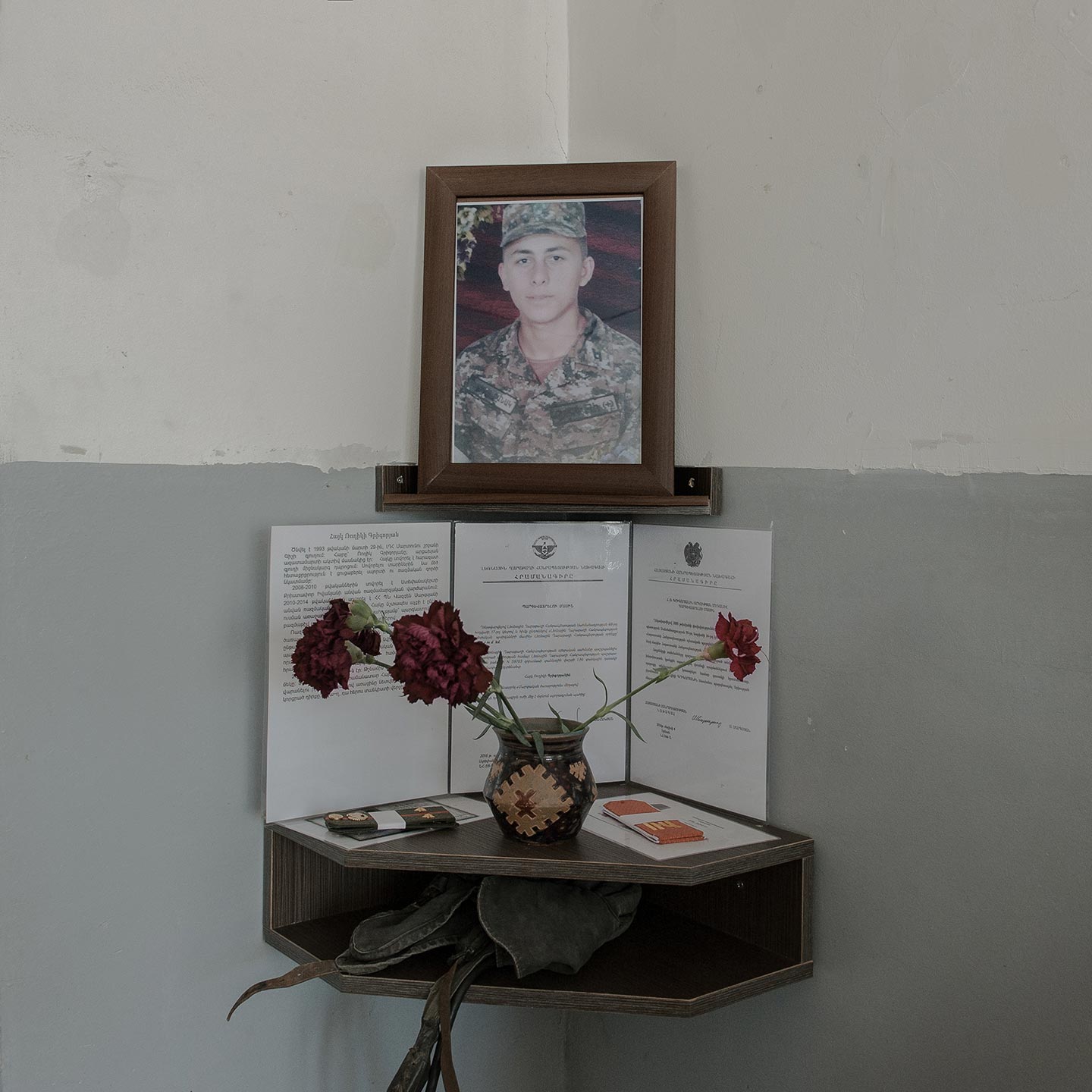 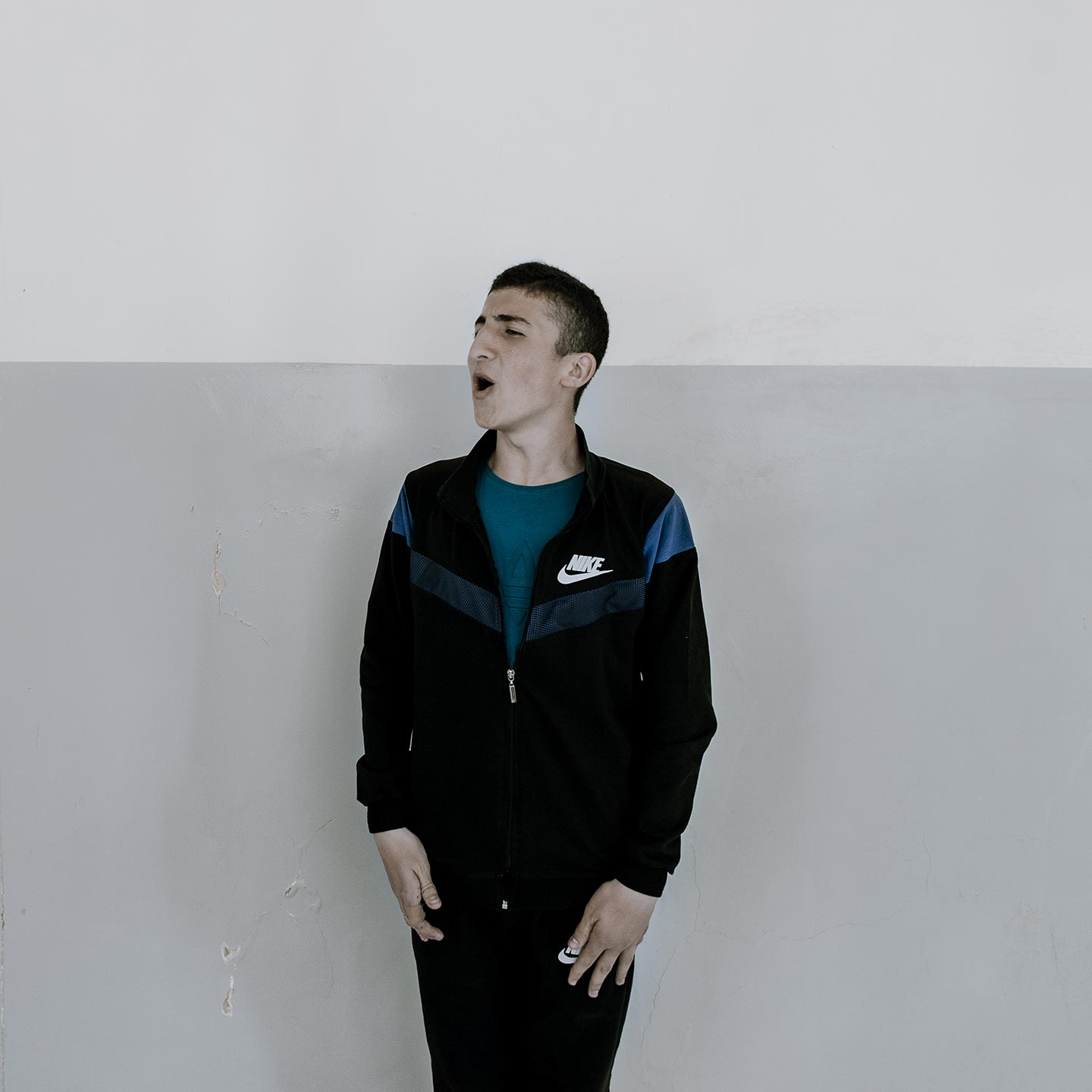 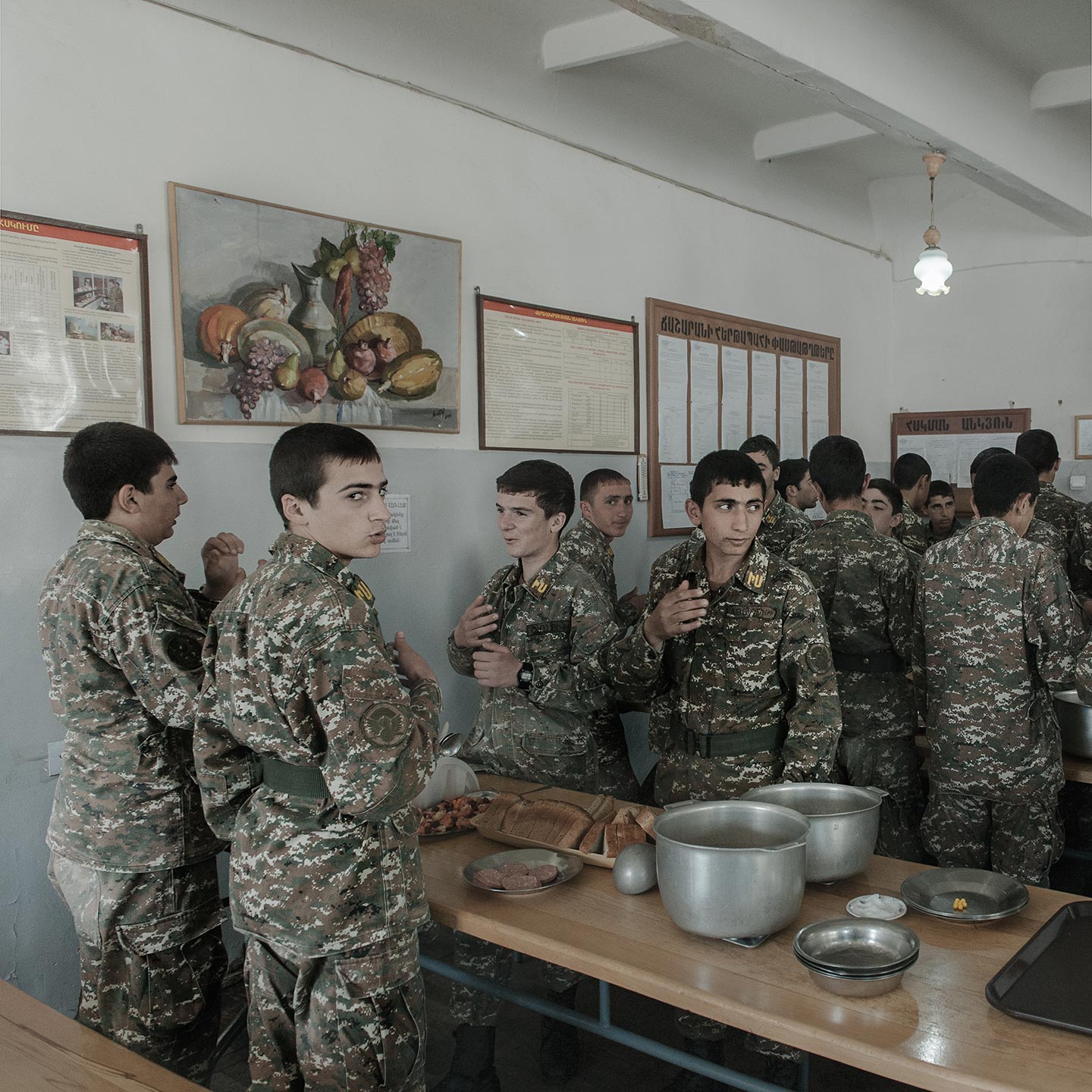 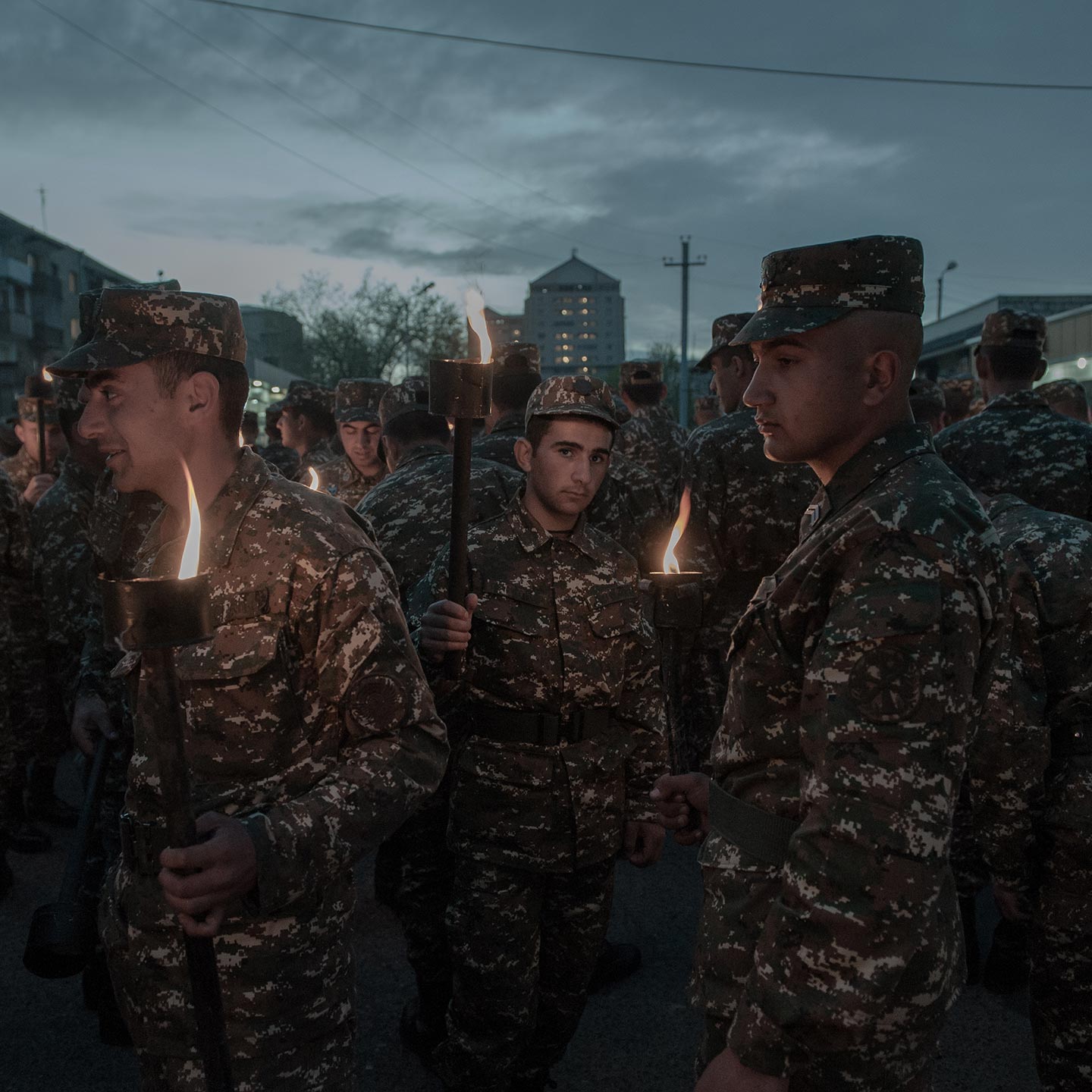 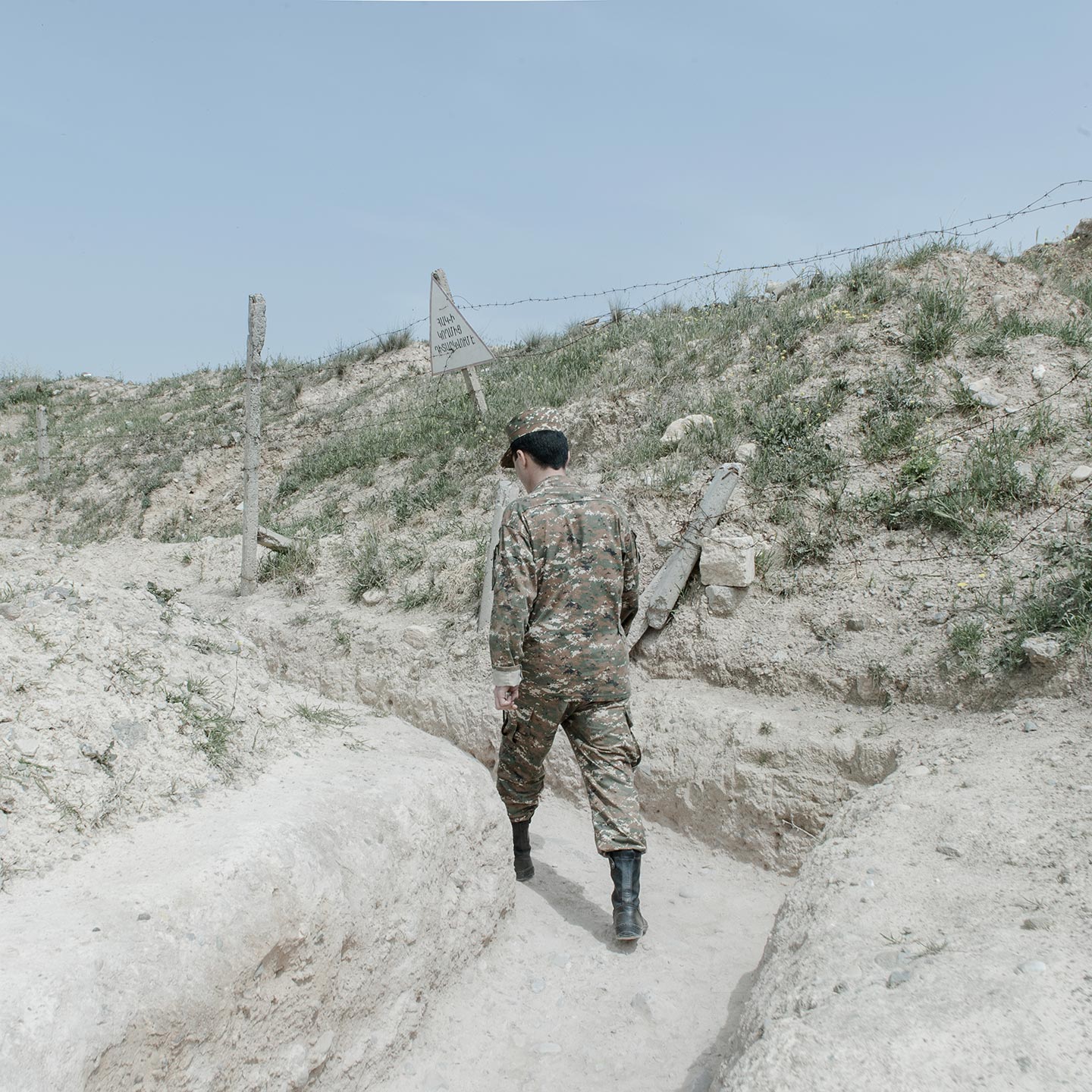 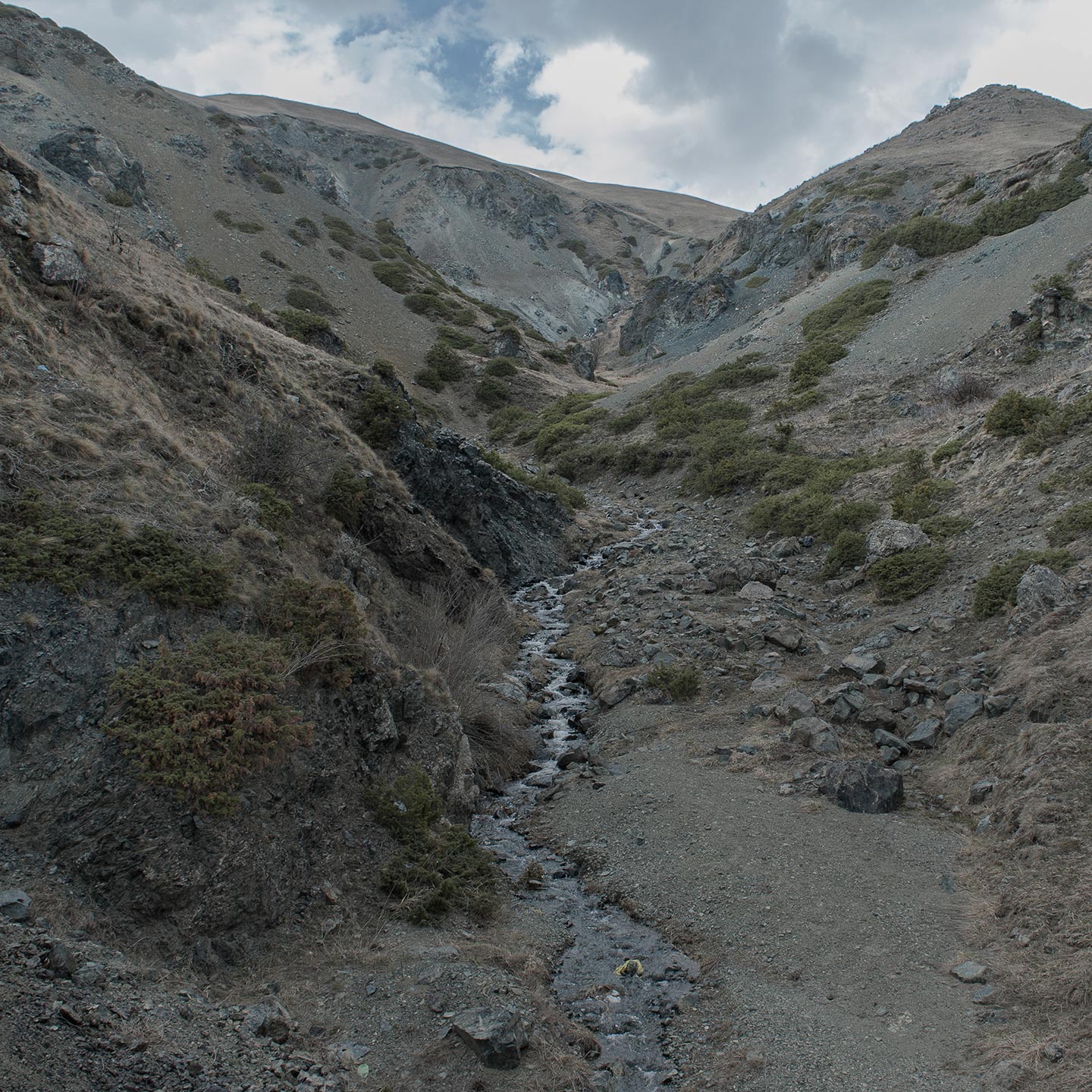 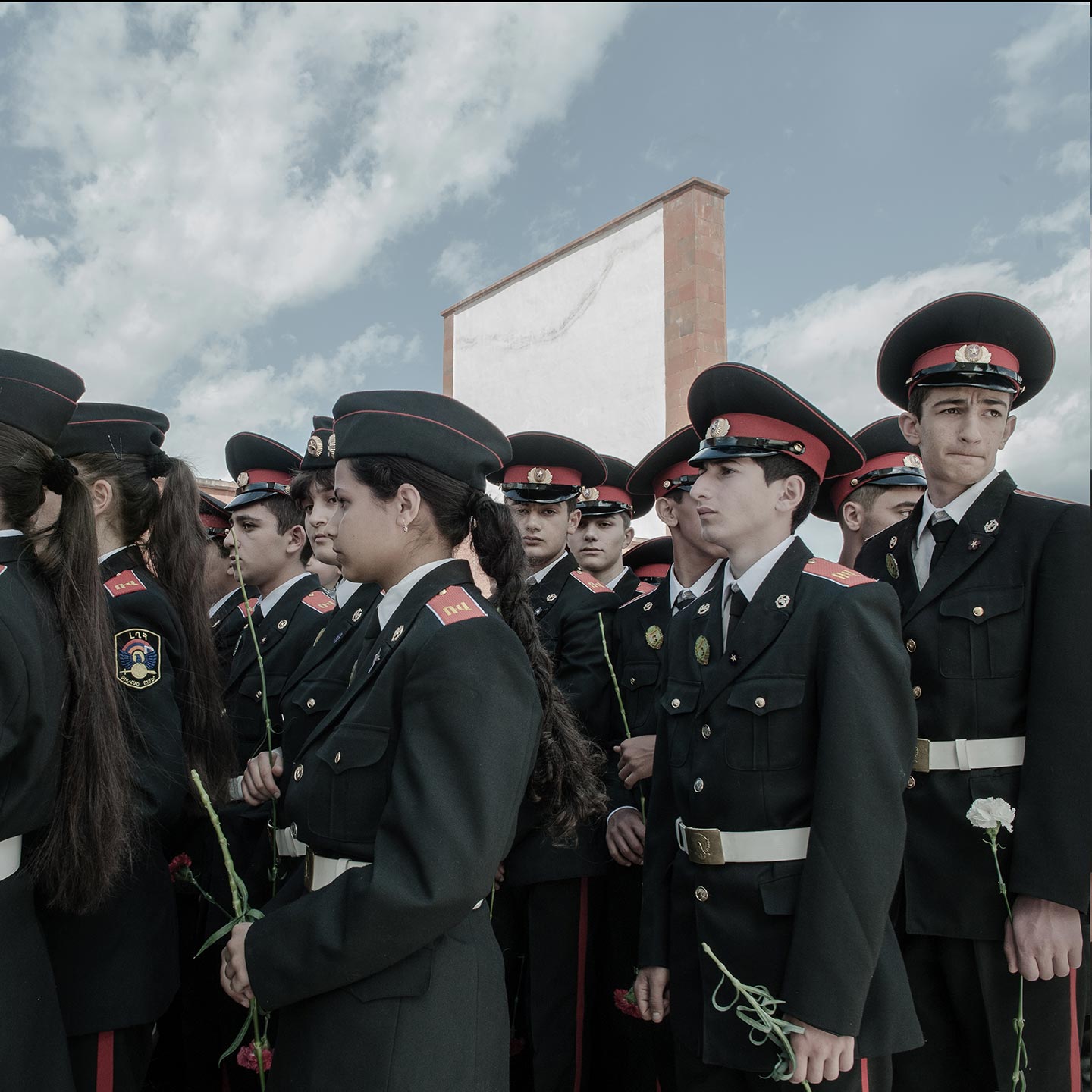 Unrecognized Nation, Forgotten War by 23 year-old Italian photographer Emanuele Amighetti is a subjective reportage shot in Nagorno-Karabakh, a region in the South Caucasus. Since the collapse of the Soviet Union, into which it had been absorbed, the Nagorno-Karabakh territory has been disputed between the local Armenian and Azeri populations. War broke out in 1992, and even though a ceasefire was established the next year, no definitive solution has been found yet: the tension in the region is still very high and often turns into violence.

Emanuele went to Nagorno-Karabakh last year, after the conflict between Armenians and Azeris had severely escalated in 2016. Once there, he was particularly astonished by the young students of a military academy in Stepanakert, the capital city: “I was impressed with their dedication and commitment. Seeing how they got military training—which goes from participating in marches and parades to being on the frontline—along with taking maths and English lessons made me think about how strange life can be. It made me think about our indifference, even our ignorance. It was then that I realized that they would have become the subject of a larger work.”

Indeed, teenage soldiers are the protagonists of Unrecognized Nation, Forgotten War: “I tried to represent Nagorno-Karabakh’s contemporary society through these teenagers’ eyes. Aged 13-18, they are forced to wear uniforms and become soldiers. I documented their everyday life, stuck in a military limbo, affected by a war they grew up with and that they perceive as “normal” and “necessary”. I felt obligated to humanize these young boys and girls.”

Emanuele was surprised to discover that, in spite of everything, the boys and girls he photographed are pretty much like all teenagers everywhere: “I wanted to explore their way of relating with the state of things in their region. What I found is they’re extremely carefree. They live in a conflict zone and they are used to that. They grew up seeing people engaged in the military. They were raised between fights and gunshots, yet they are able to laugh and have fun anytime they can. I saw no pain or feeling sorry for themselves—just an incredible zest for life.”

The decision to visit Nagorno-Karabakh came to Emanuele after studying the region’s troubled history at university. “I am deeply attracted by the relationship between the past and the present, and how human beings react to hardships. I decided to focus my work on the aftermath of war in regions such as the Middle East and post-Soviet countries.” The works in post-Soviet countries by photographers like Rob Hornstra, Carolyn Drake, Rafal Milach and Mathias Depardon served as the main references for Unrecognized Nation, Forgotten War. More generally, Emanuele is inspired by long-term documentary projects and slow photojournalism.