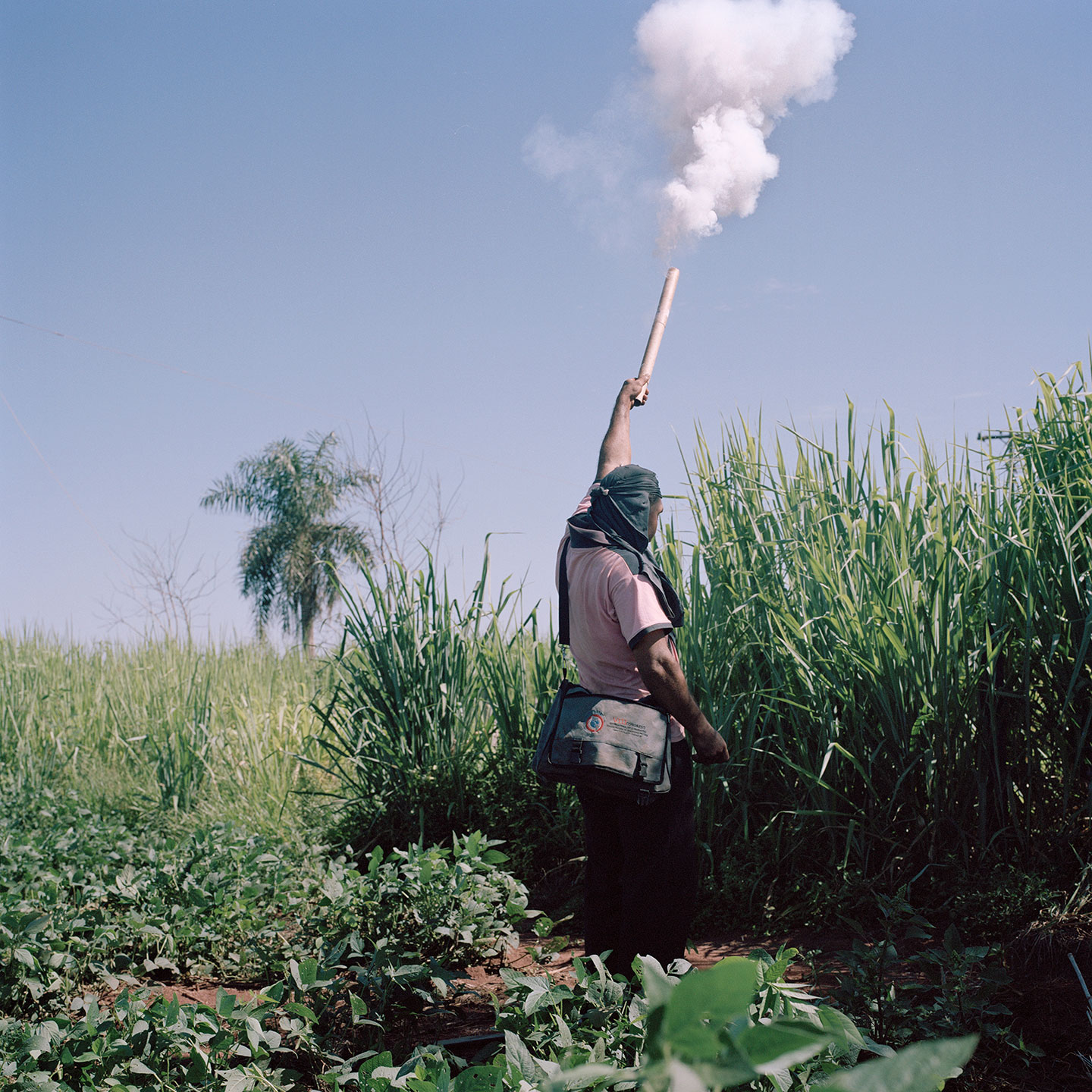 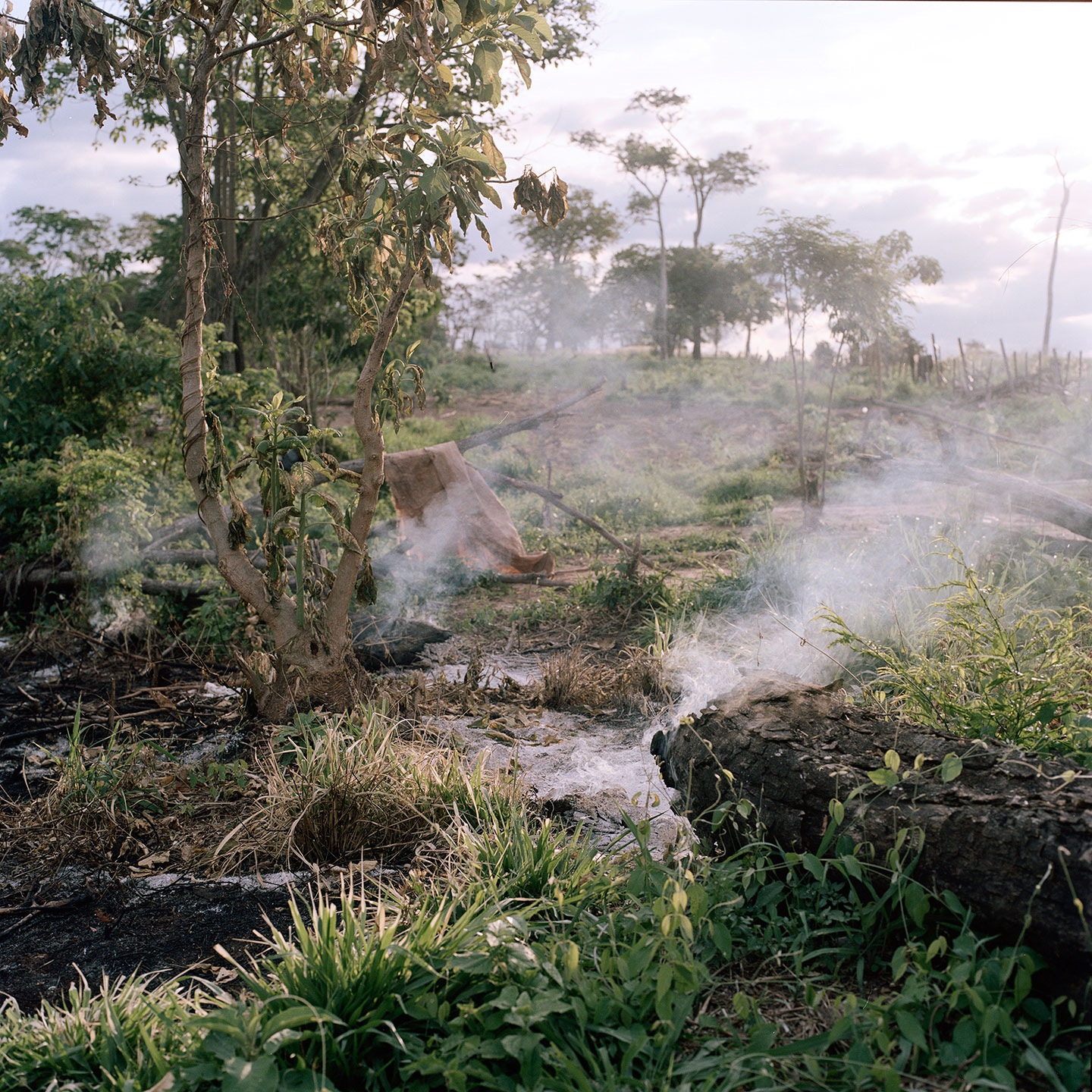 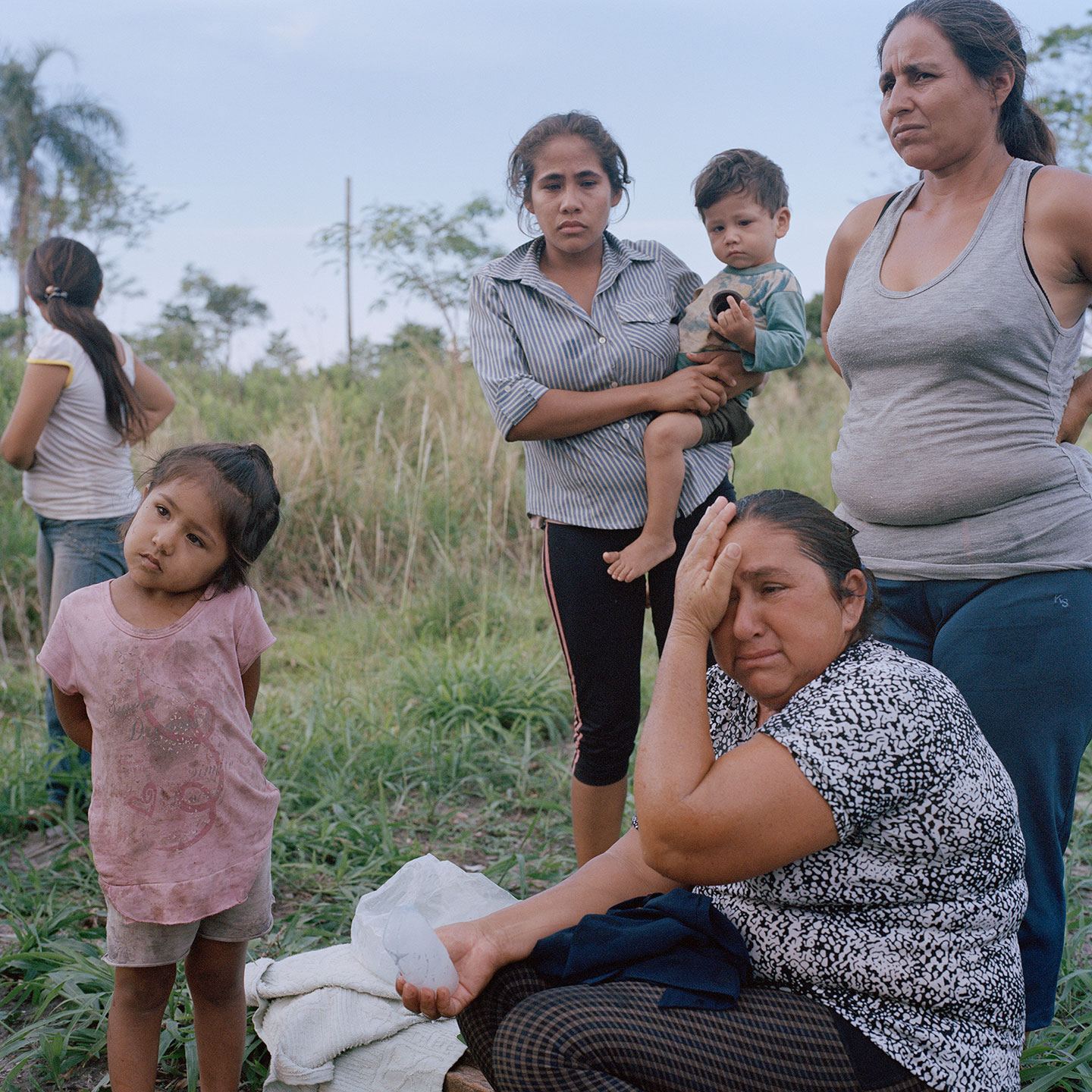 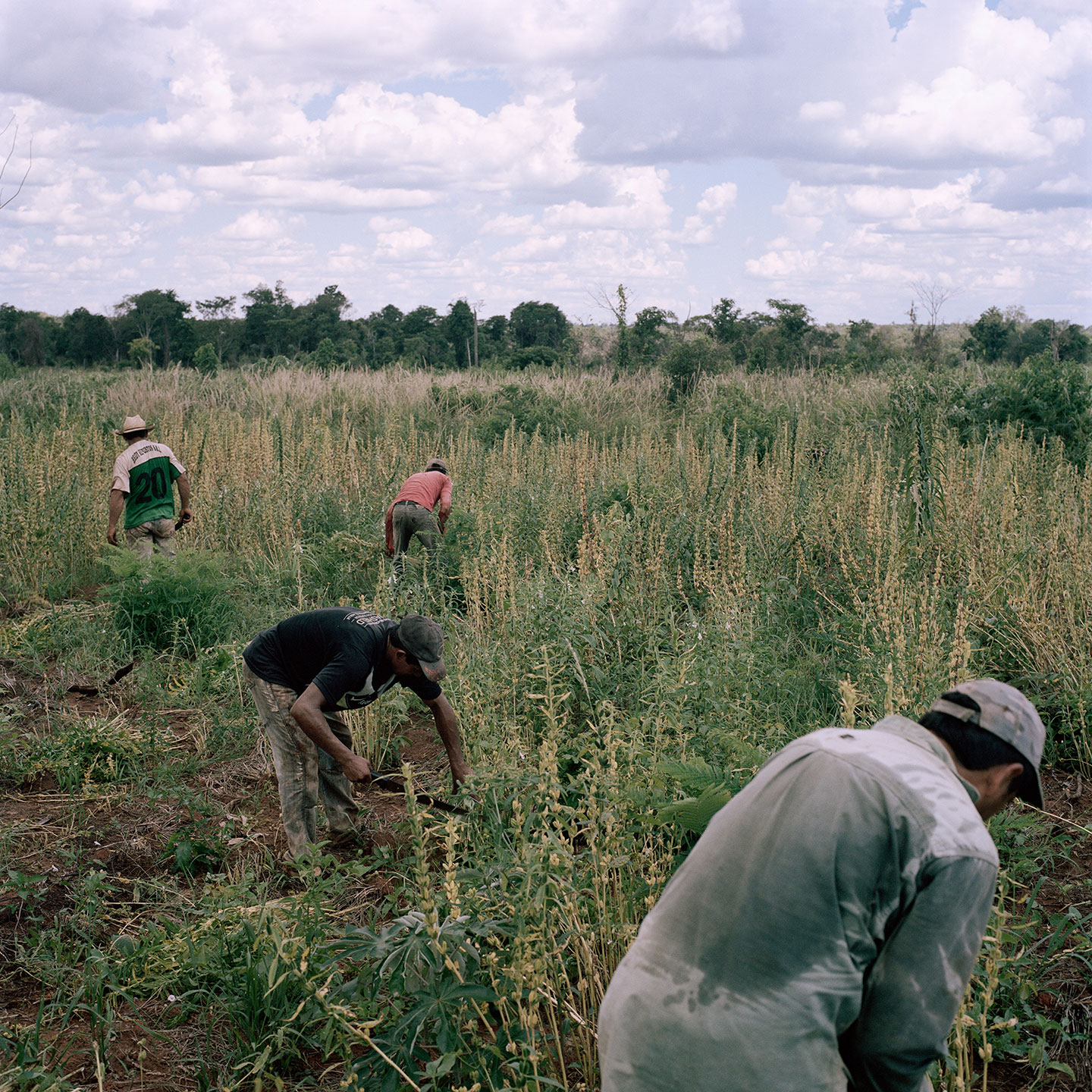 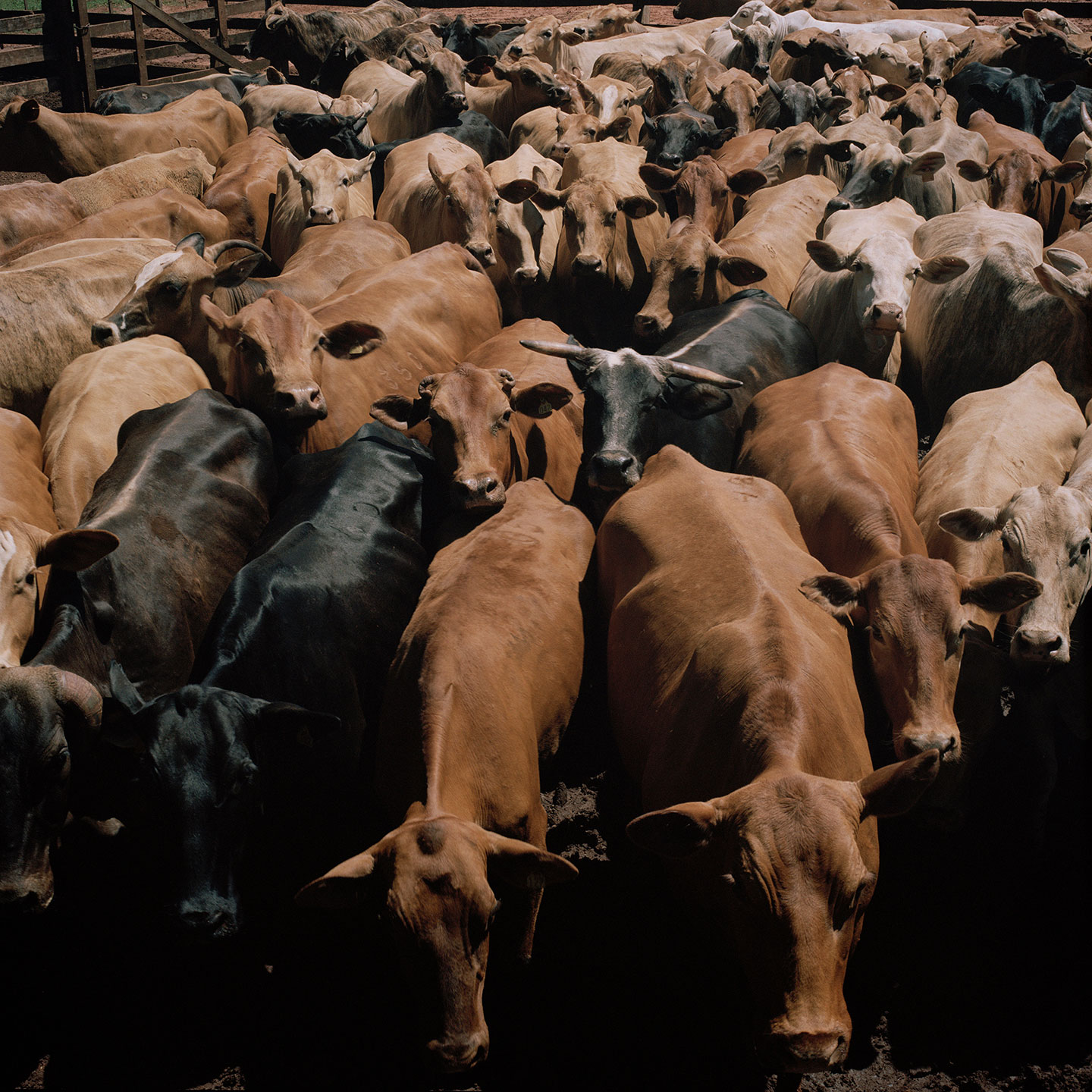 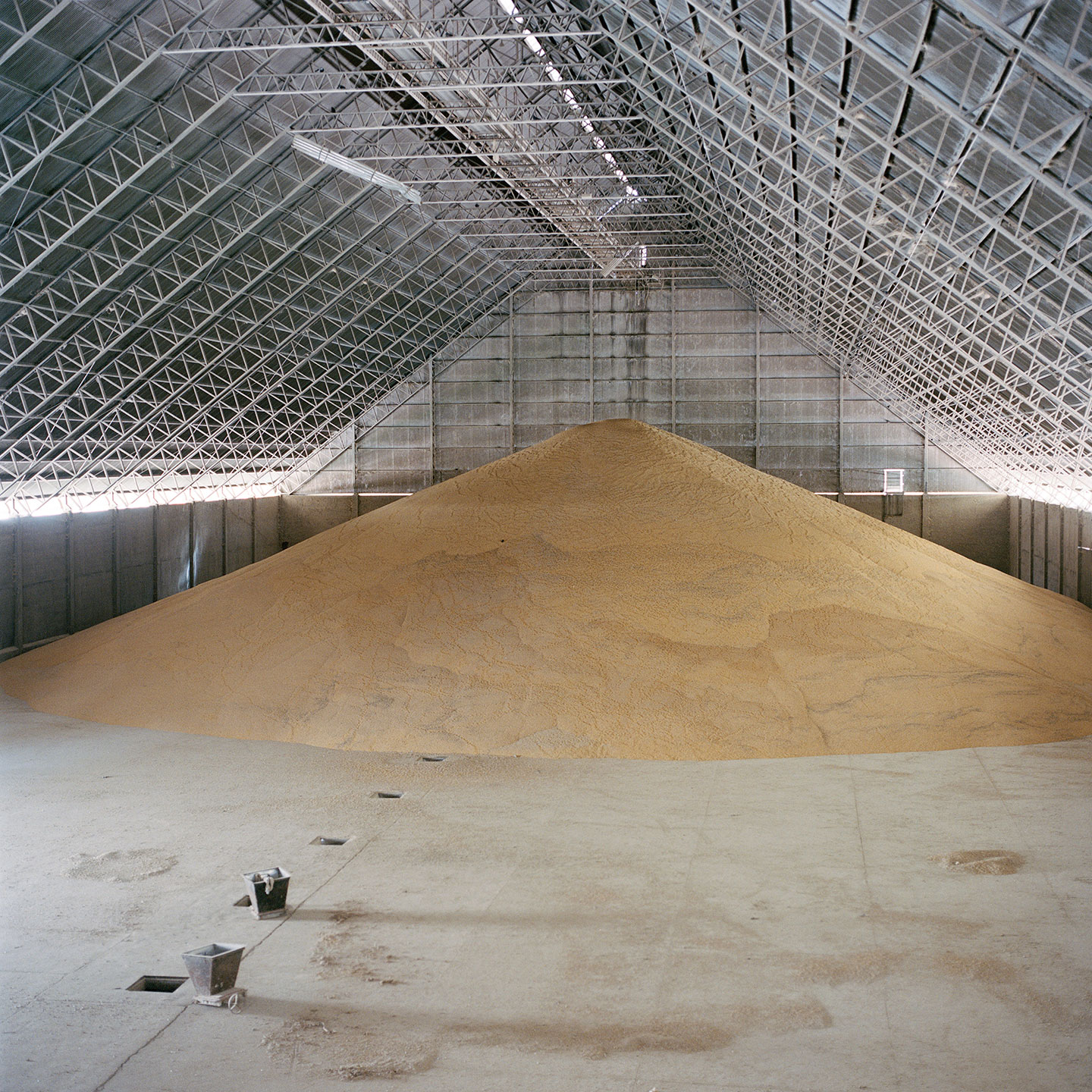 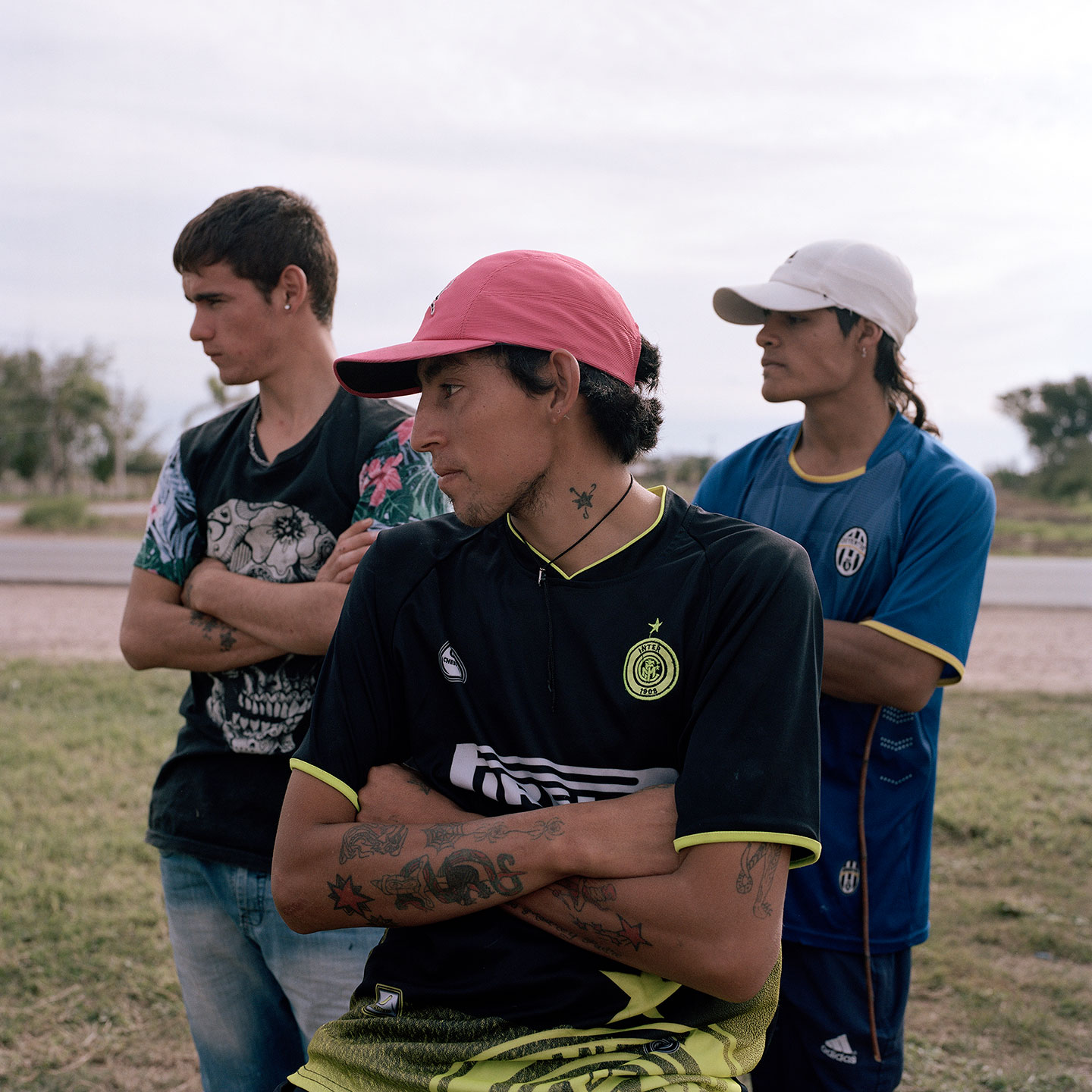 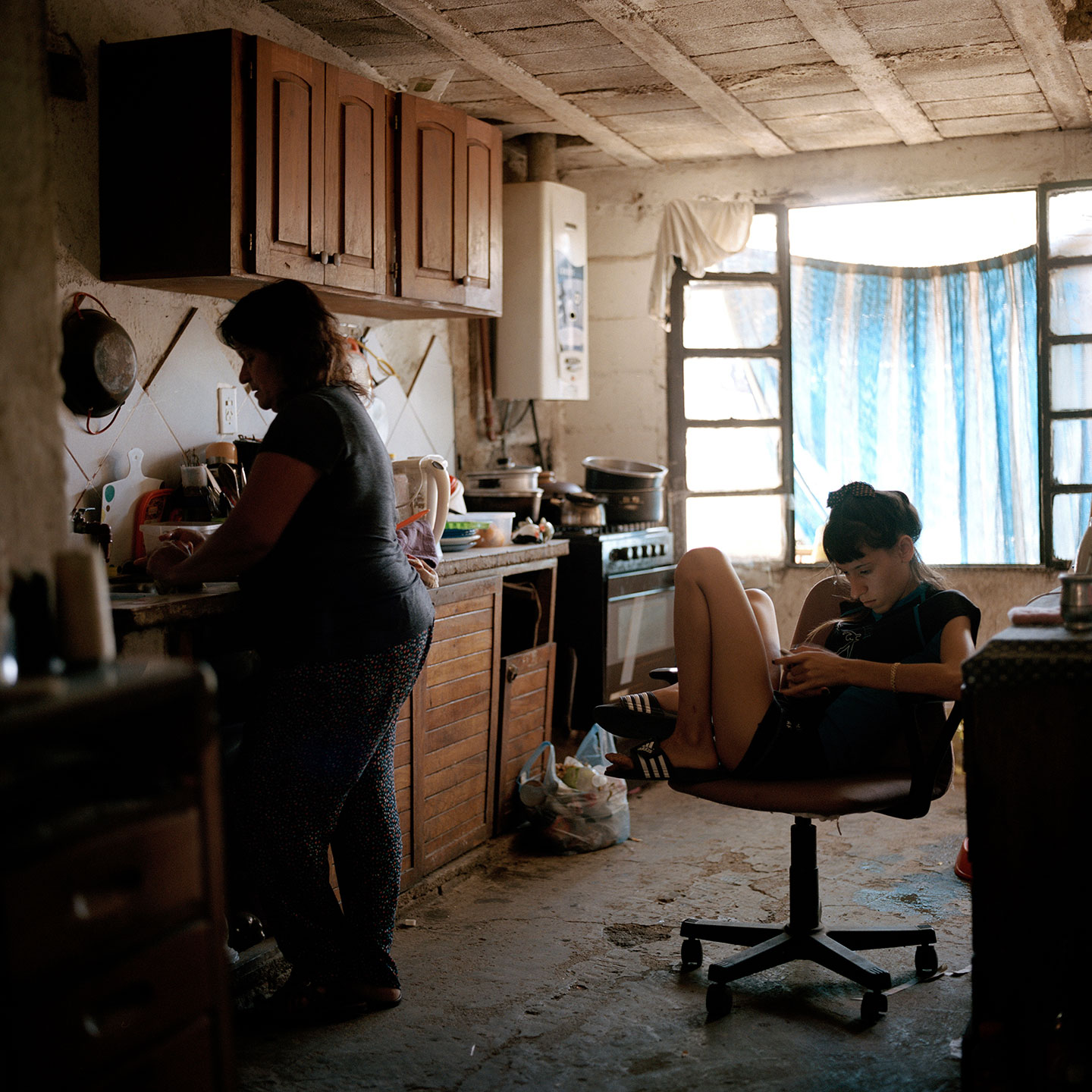 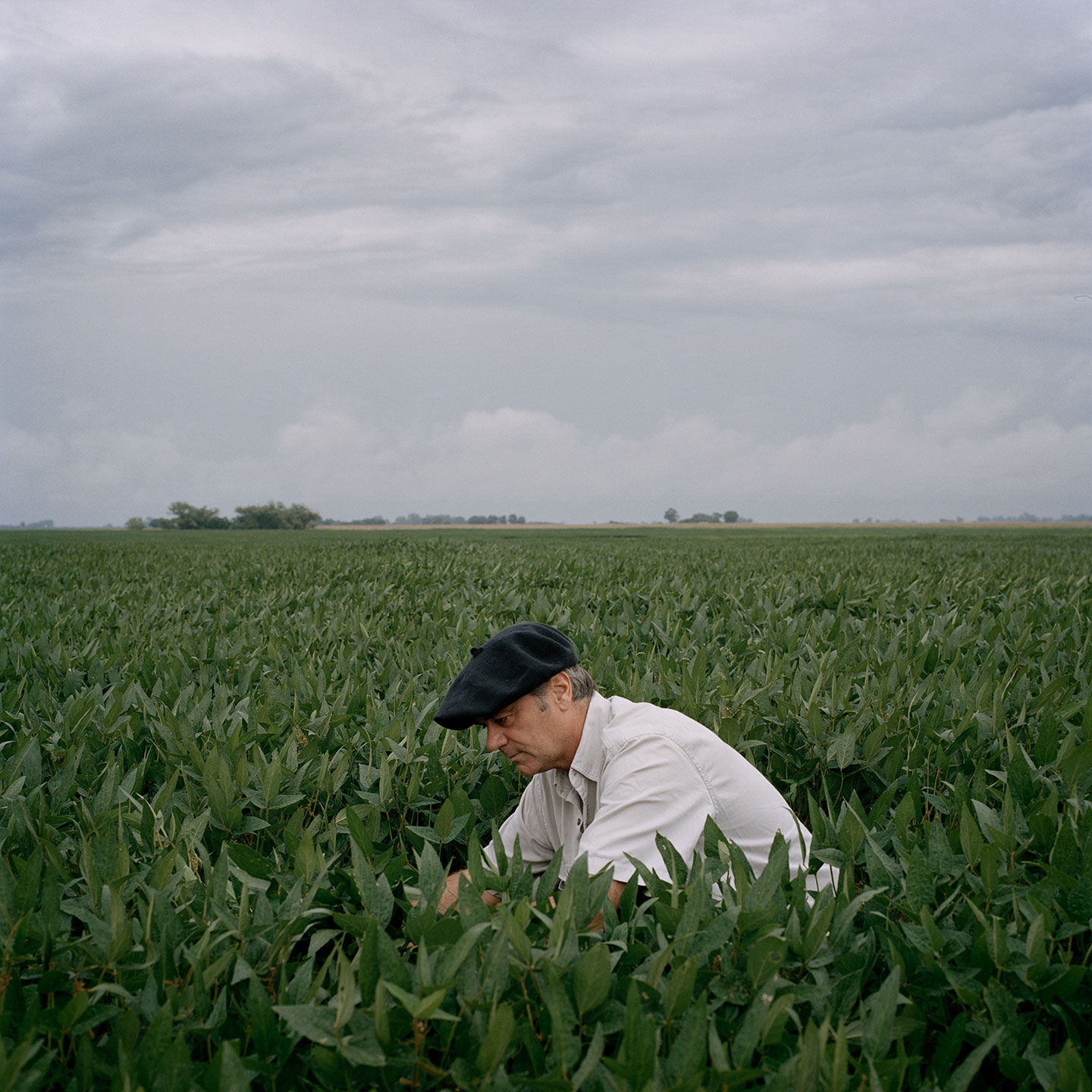 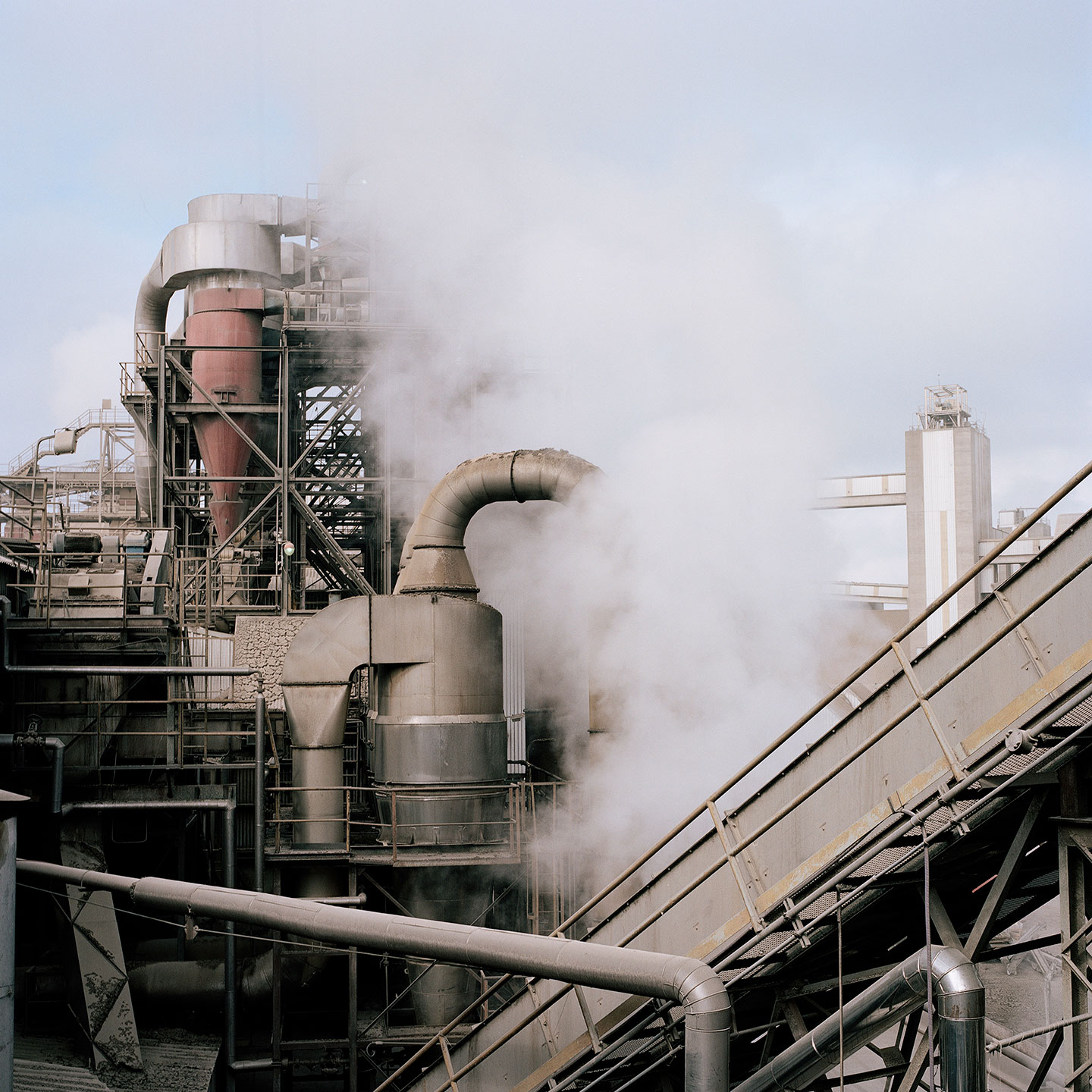 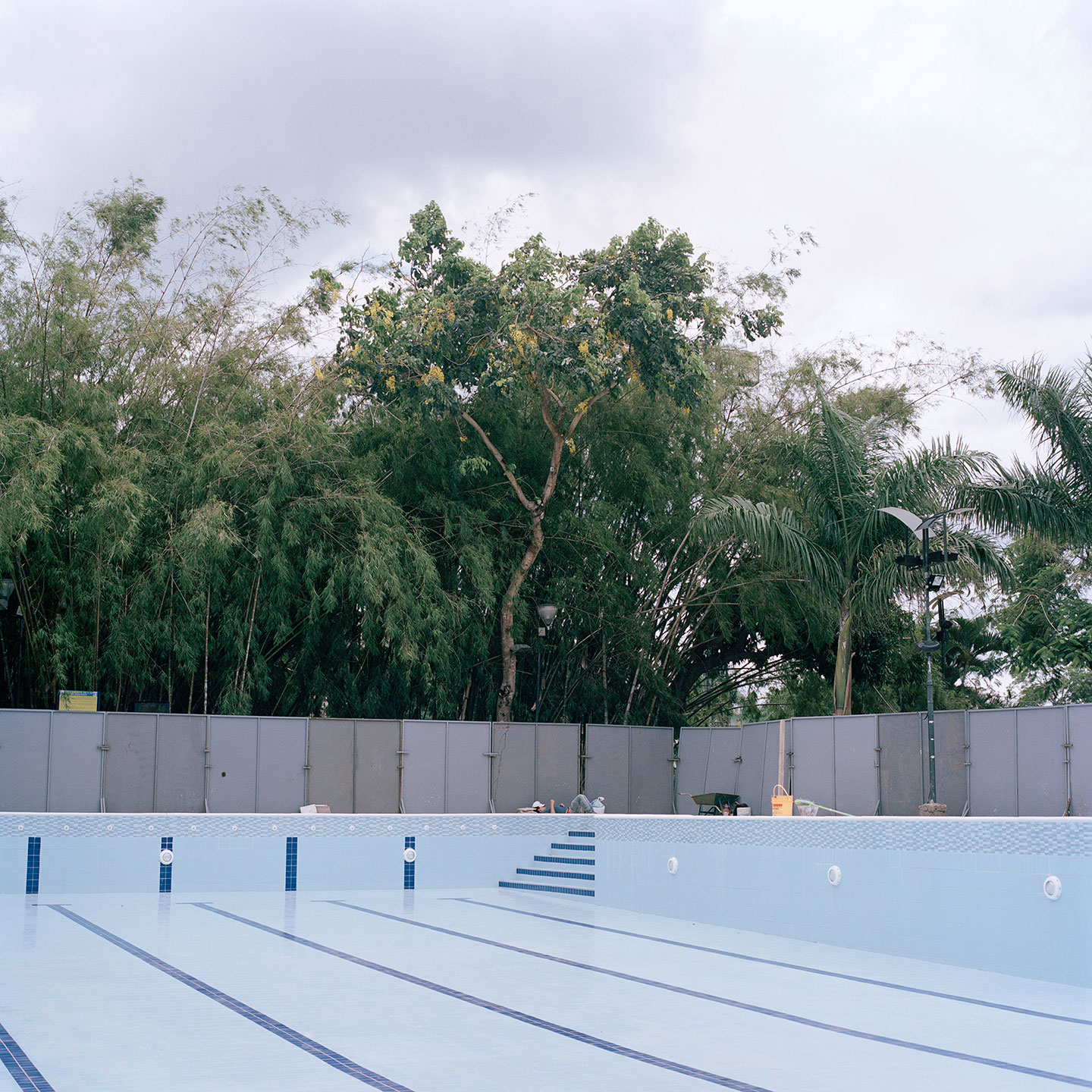 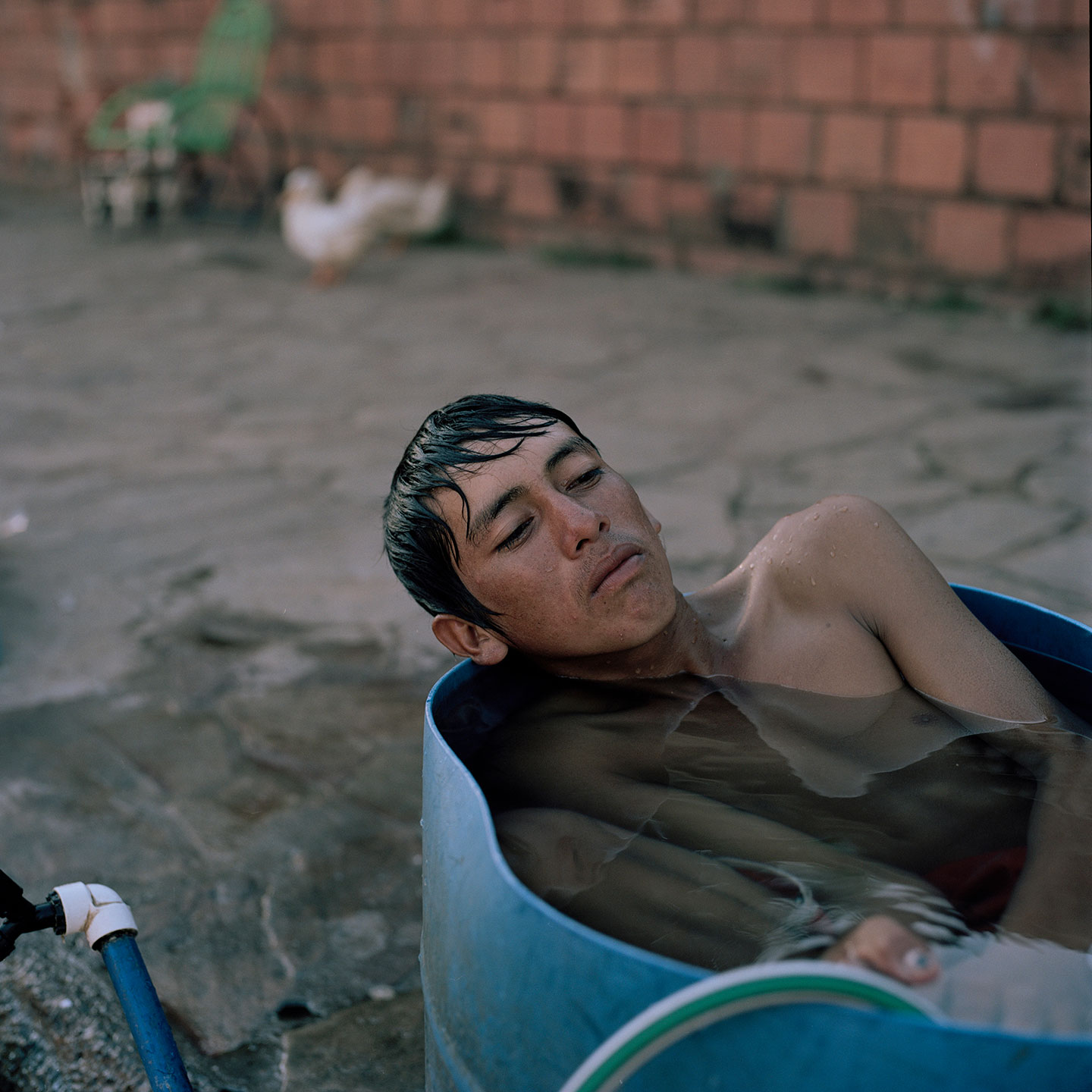 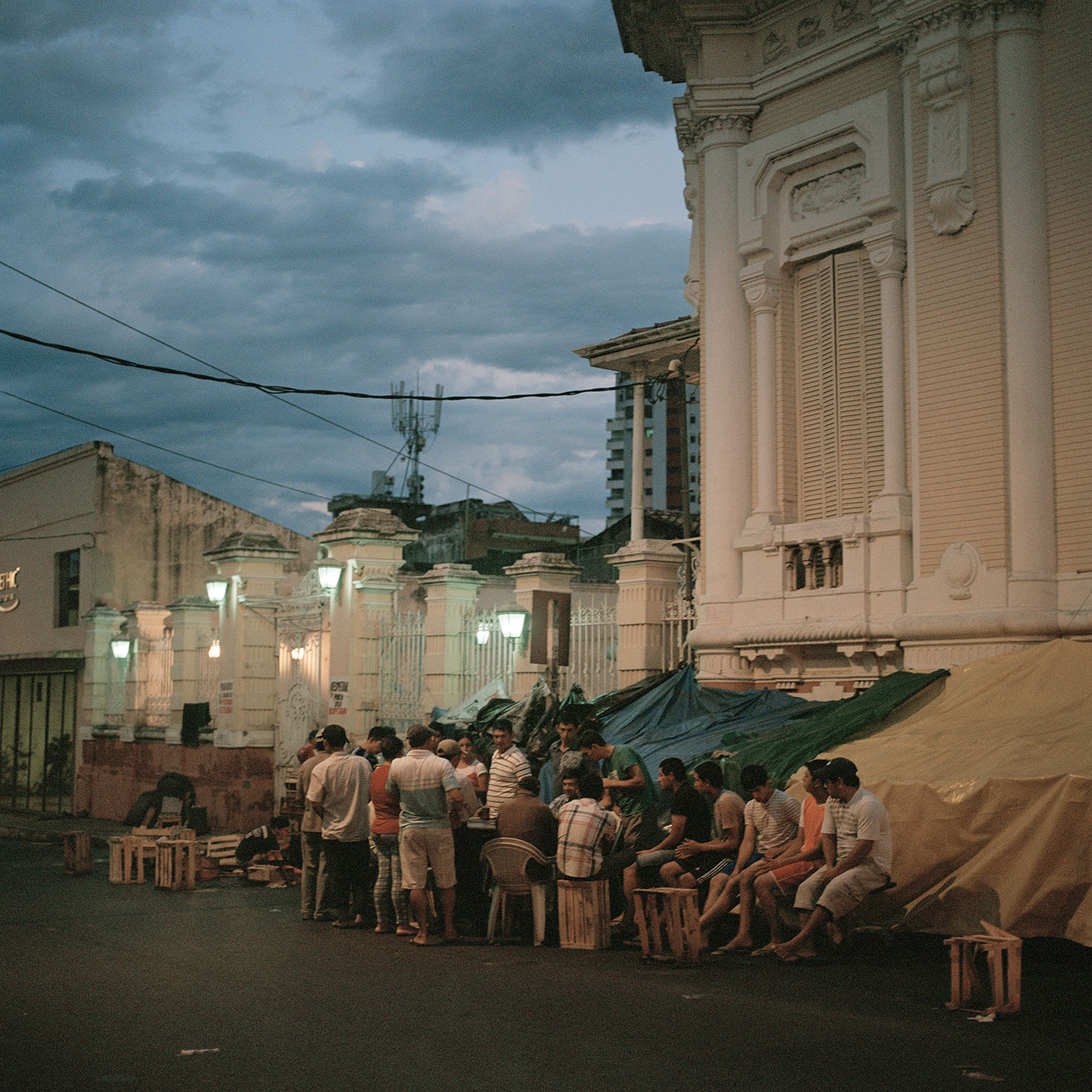 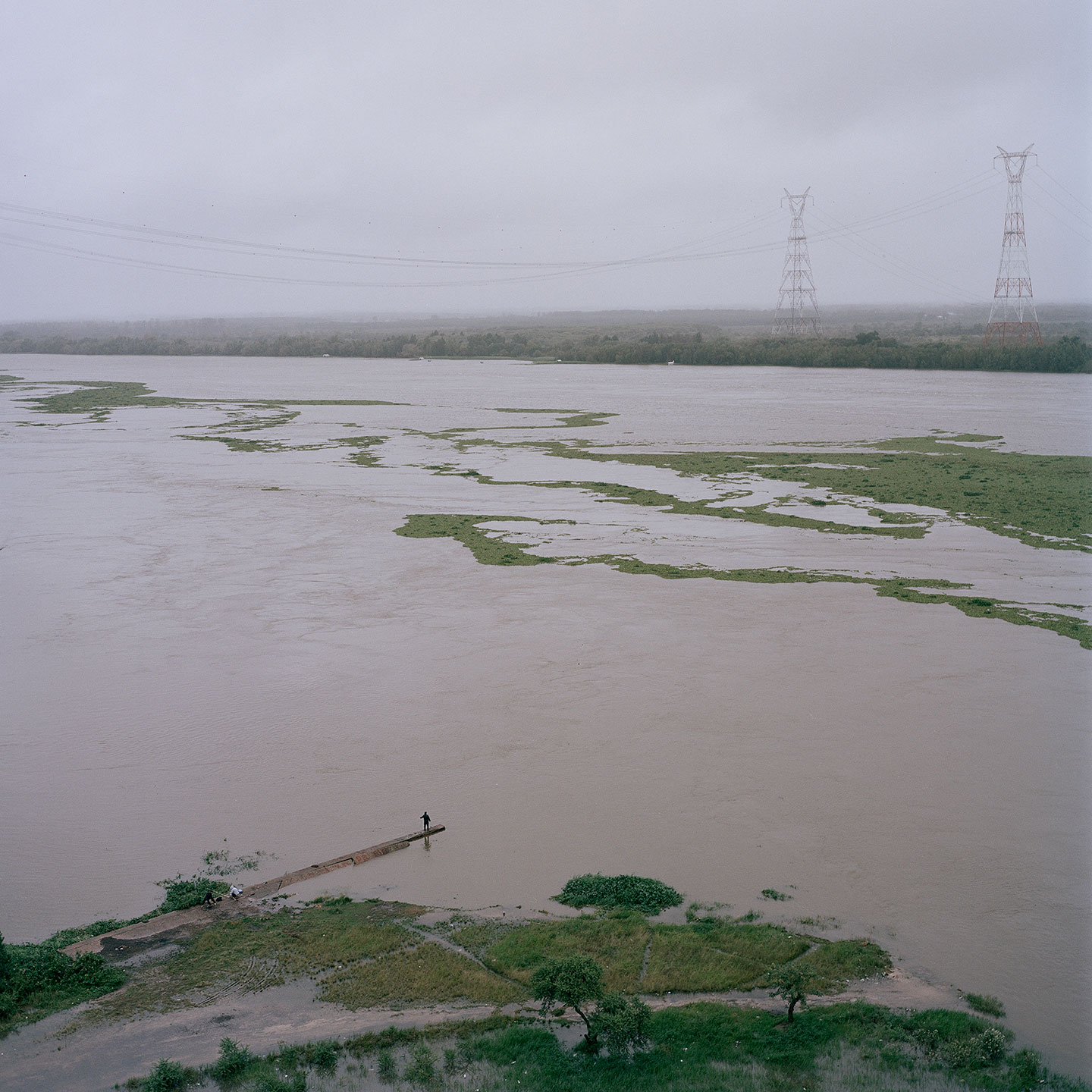 In a globalized economy, it’s not uncommon to find goods produced in foreign countries at a local shop or market; more precisely, it’s not uncommon to find goods in Western countries that are produced in poorer or less developed ones. What toll do the populations of non-Western countries take for the benefit of the richer world? 32 year-old Spanish photographer Jordi Ruiz Cirera has been working on a subjective reportage that investigates the effects of the global food industry on the small, rural communities in South America. The work is called The United Soya Republic and you still have time to see it on show at Francesca Maffeo Gallery (the exhibition will close next 10 June).

Hello Jordi, thank you for this interview. What are your main interests as a photographer?

Photography is to me a means to explore the world and learn on topics I’m personally interested in. In the last years I’ve been focusing on how globalization and the neoliberal economy is affecting small communities.

Please introduce us to The United Soya Republic.

The work focuses on the impacts of intensive agriculture and cattle-ranching on both the environment and the socio-economic tissue in the Southern Cone (currently I’ve visited Paraguay and Argentina). The economy in these countries—with a lot of differences between them—is focused on the exportation of produce, mainly meat and agricultural goods for food production, but also for biodiesel; this creates important challenges for the local population.

Can you briefly describe the effects of intensive farming on South America’s rural communities?

The effects vary from country to country, but in rural areas—especially in Paraguay—there’s been ongoing deforestation and continuous cases of land-grabbing and expulsion of local peasants from their lands. The peasants who have to leave, in many cases, will end up going to highly populated urban areas, where economic perspectives are also difficult.

It is quite a long process, but to sum it up: as the global market demands more of these products, agricultural techniques become more sophisticated, the use of machines, GM seeds and pesticides increases, and exportive agriculture becomes only profitable for large estate production. Land-owning then becomes more valuable, because producers want to expand and produce more; as a result small, family-oriented crops become expendable. Cases of multiple ownership, where more than one person claims ownership over the same piece of land, are widespread, and they are sometimes solved in connivence with local corrupted authorities.

What inspired The United Soya Republic, and what was your intent in creating this project?

The idea behind it is to illustrate the impacts of the global food chain in the production countries; the challenges of feeding a growing population while maintaining the precarious balance between environmental control and reliable economic sources for the local population when a fierce neoliberal market is controlling it. I wanted to see how people are adapting to this changing economy, the power dynamics at play, and the inequalities of a system that is influenced by faraway markets, and how this is seen on the day-to-day of these countries. Same as with clothing, electronics, energy or any other consumer goods, what we consume in Western societies has a huge impact elsewhere. Everything is connected.

How did you approach your subject matter, photographically speaking? What did you want your images to communicate?

I’ve done several trips over three years, so my approach and ideas behind the project have greatly evolved. Initially I was really focused on portraying the struggle of peasants in Paraguay, but it evolved to wanting to illustrate the economic shift and the impacts on the local population, that is the depopulation and migration from the countryside to the cities, as well as the lack of opportunities in the countryside.

Did you have any specific references or sources of inspiration in mind while working on The United Soya Republic?

When I was working on this I read John Steinbeck’s novel The Grapes of Wrath, which portrays the Great Depression of the 1930s in the U.S., when farmers abandoned their lands and were left with nothing. It was indeed a great source of inspiration in the way the writer talks about the external powers that are affecting these people’s lives.

Photographically speaking, while on this project I came across Matt Black’s work and loved his thorough way to analyze a situation and document it in what looks like a very systematic manner. I also looked up photographers who have documented big and often multilayered issues, such as Paolo Woods’ work on Haiti.

How do you hope viewers react to The United Soya Republic, ideally?

Ideally I’d like them to better understand  the issues I’m documenting, and to become aware, as I did, of the power of the global economy to affect small and apparently independent communities. There’s no magic formula to sort out the growing food problems on the world; population is growing, especially in urban areas far from food production poles, and water and land are increasingly scarce, moreover with effects of climate change. A possible solution that has been discussed would be to consume less, and more locally made products (and not just with regards to food). But I would like to leave to the viewers to take conclusions for themselves—my goal with the work is to illustrate a complex issue, the food chain, and hopefully visually link the dots between its different sides.

They’ve changed over time. When I was starting in photography I was greatly influenced by reportage photographers, such as David Alan Harvey, Eugene Richards or Mary Ellen Mark. Later on I was interested in other approaches to documenting a story, such as the more slow, meditative ones of Pieter Hugo or Simon Norfolk.

Again, these have greatly evolved during the last years. But some of my current favorites are Christopher Anderson, Rena Effendi, Edward Burtinksy and Michael Christopher Brown.