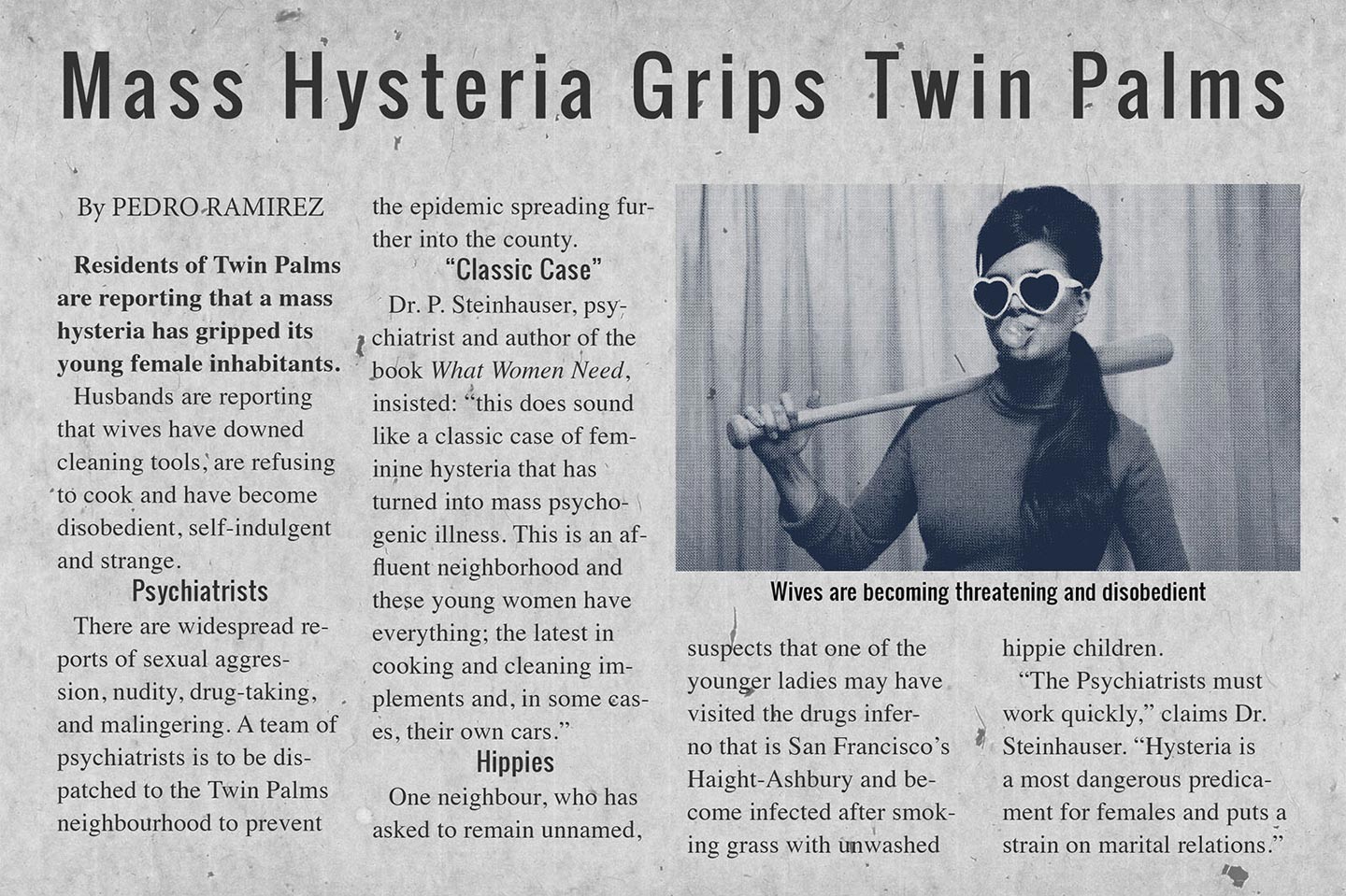 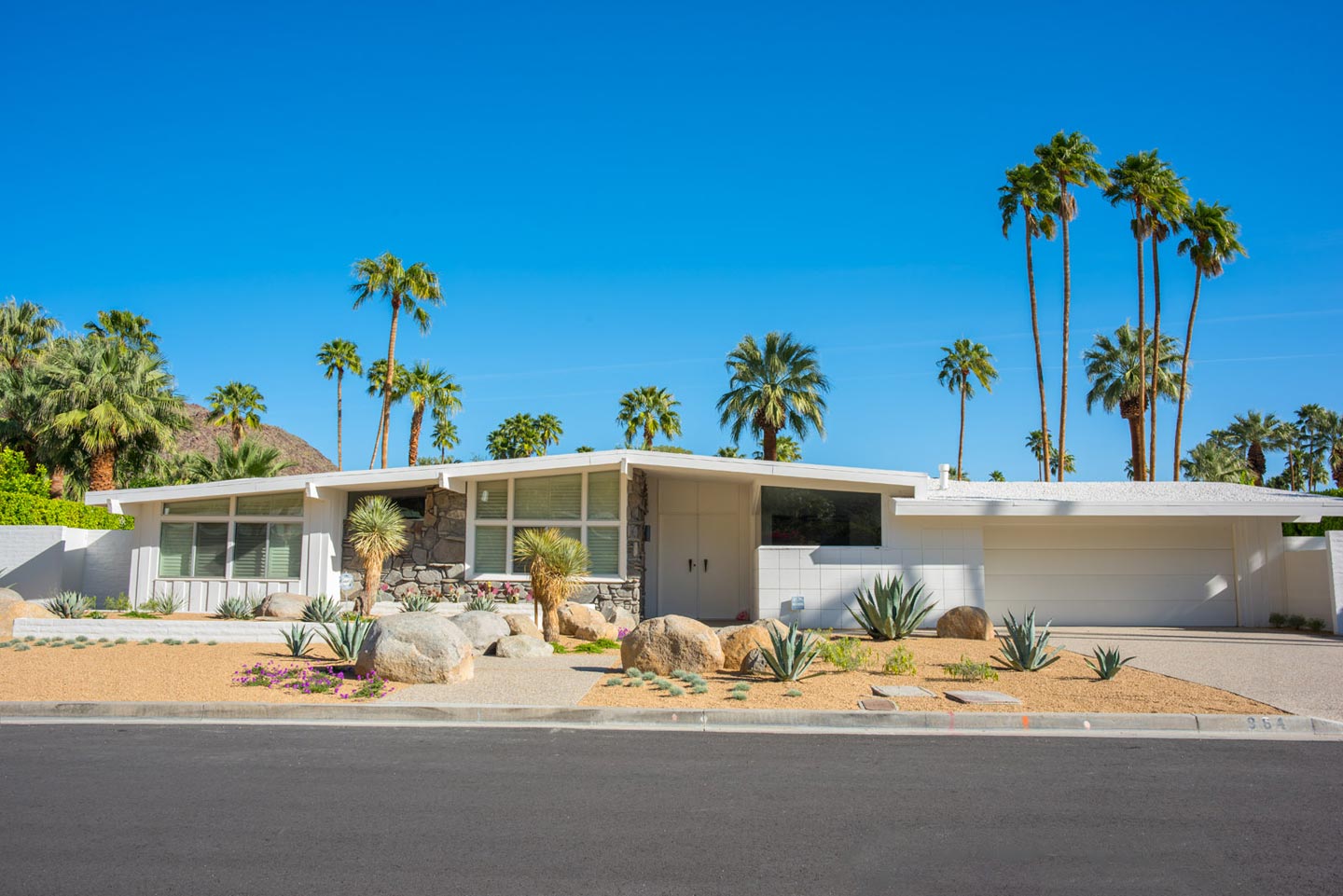 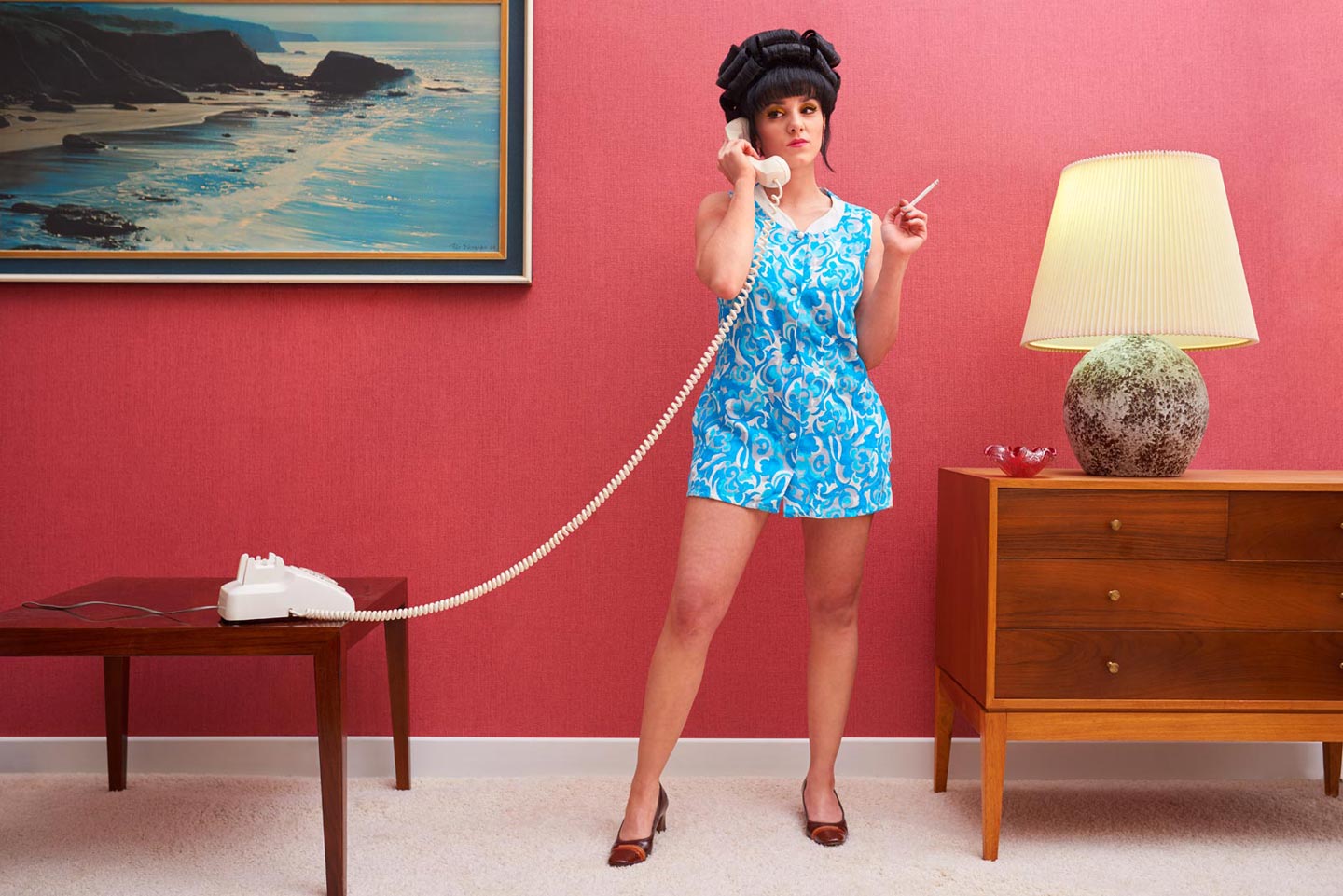 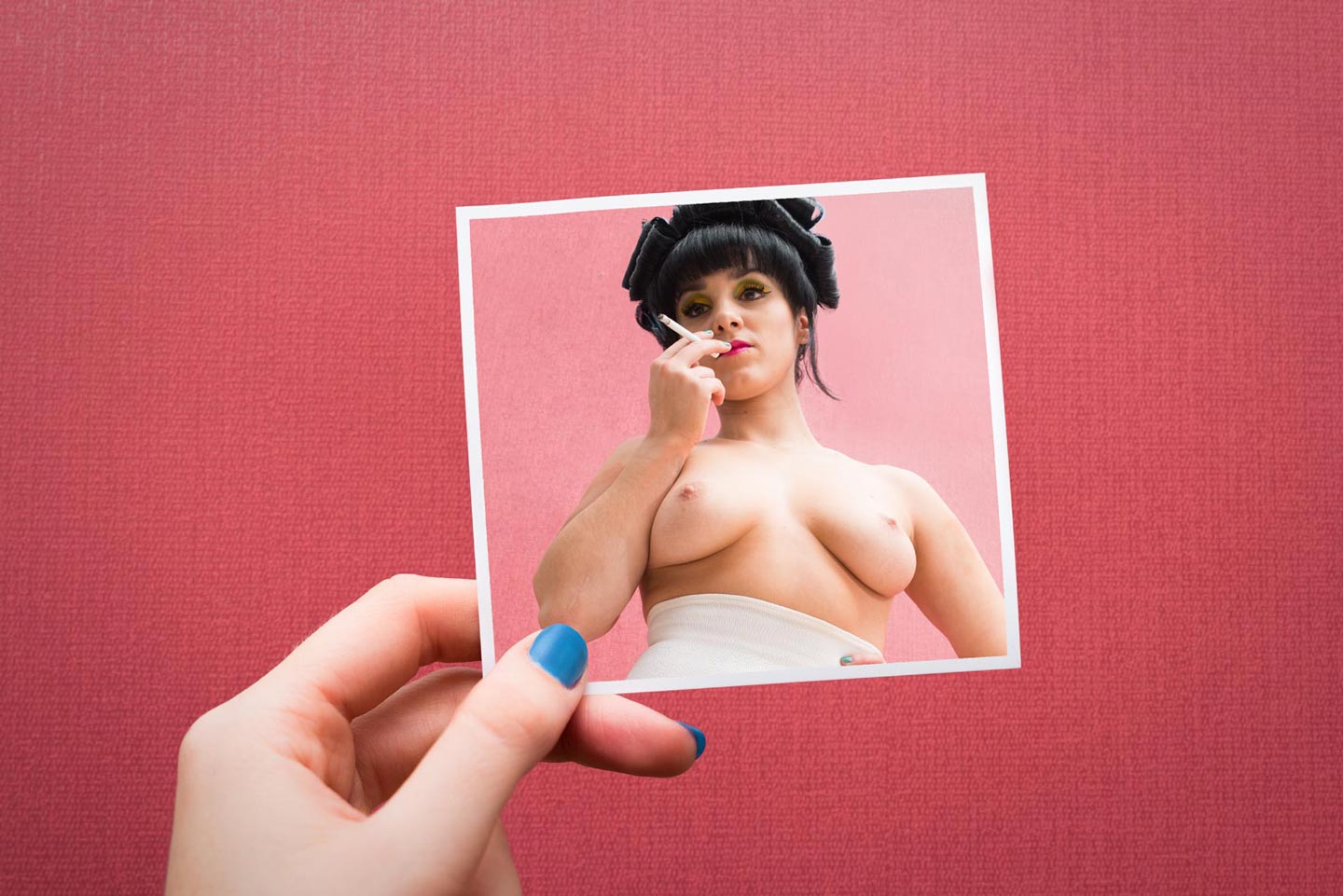 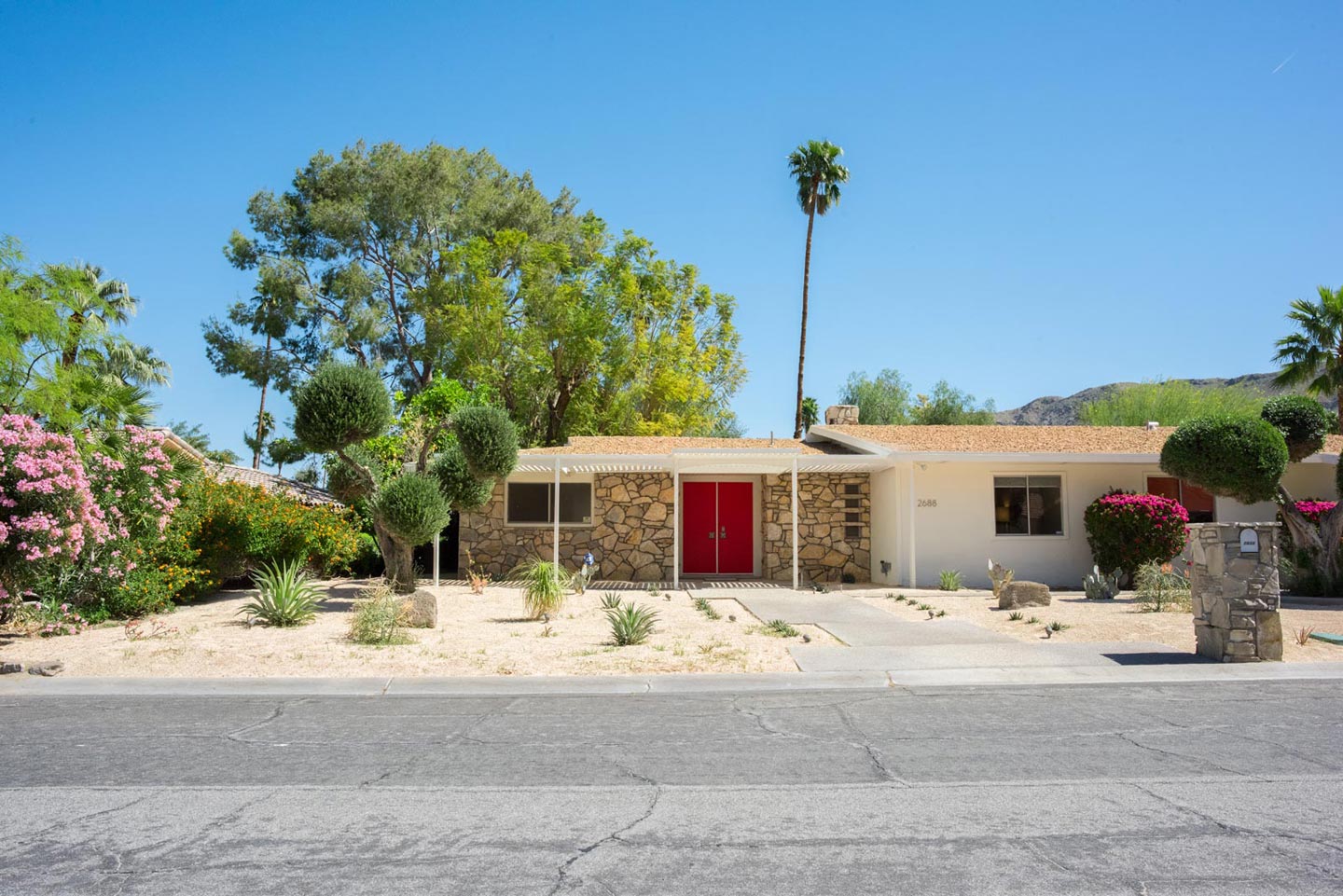 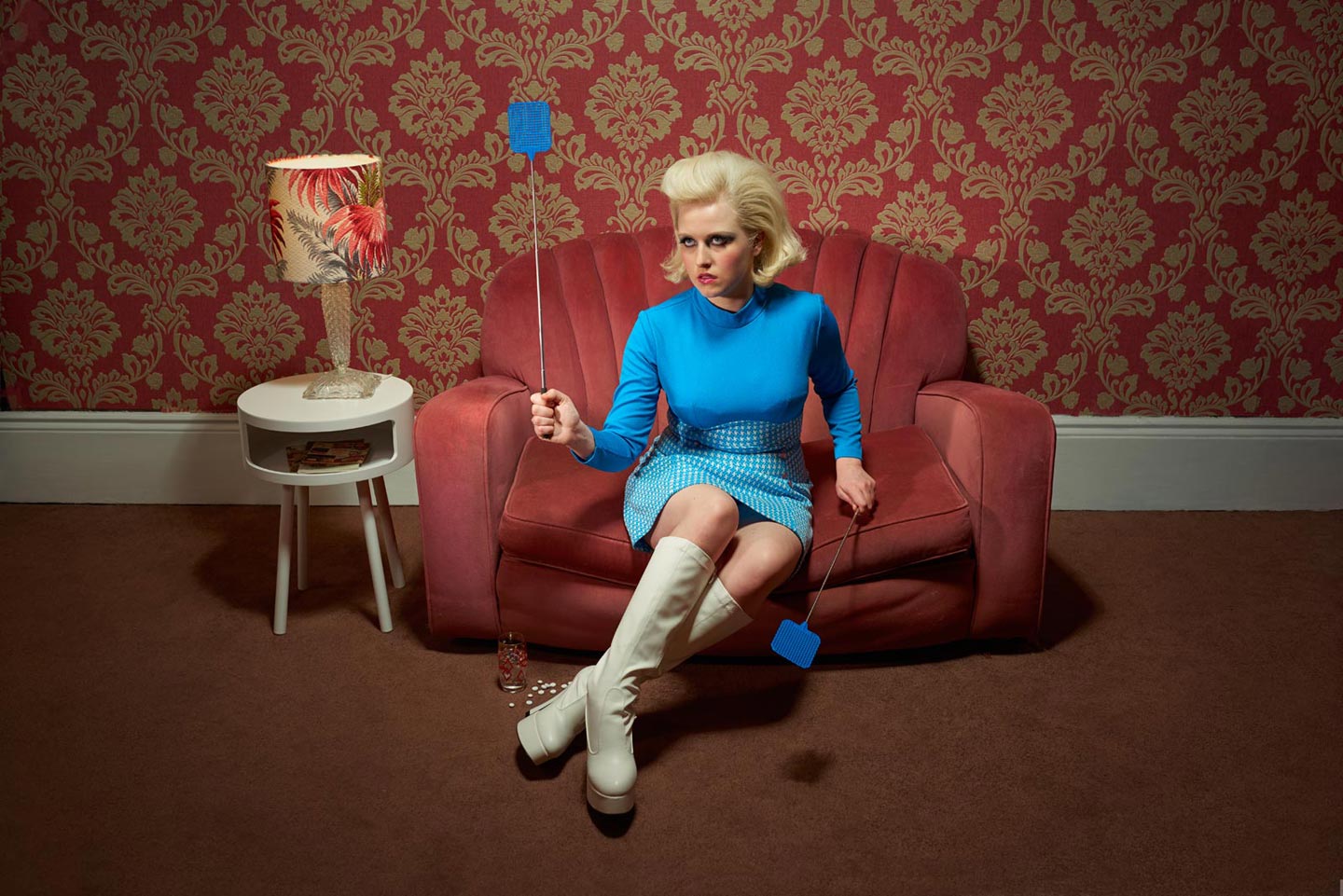 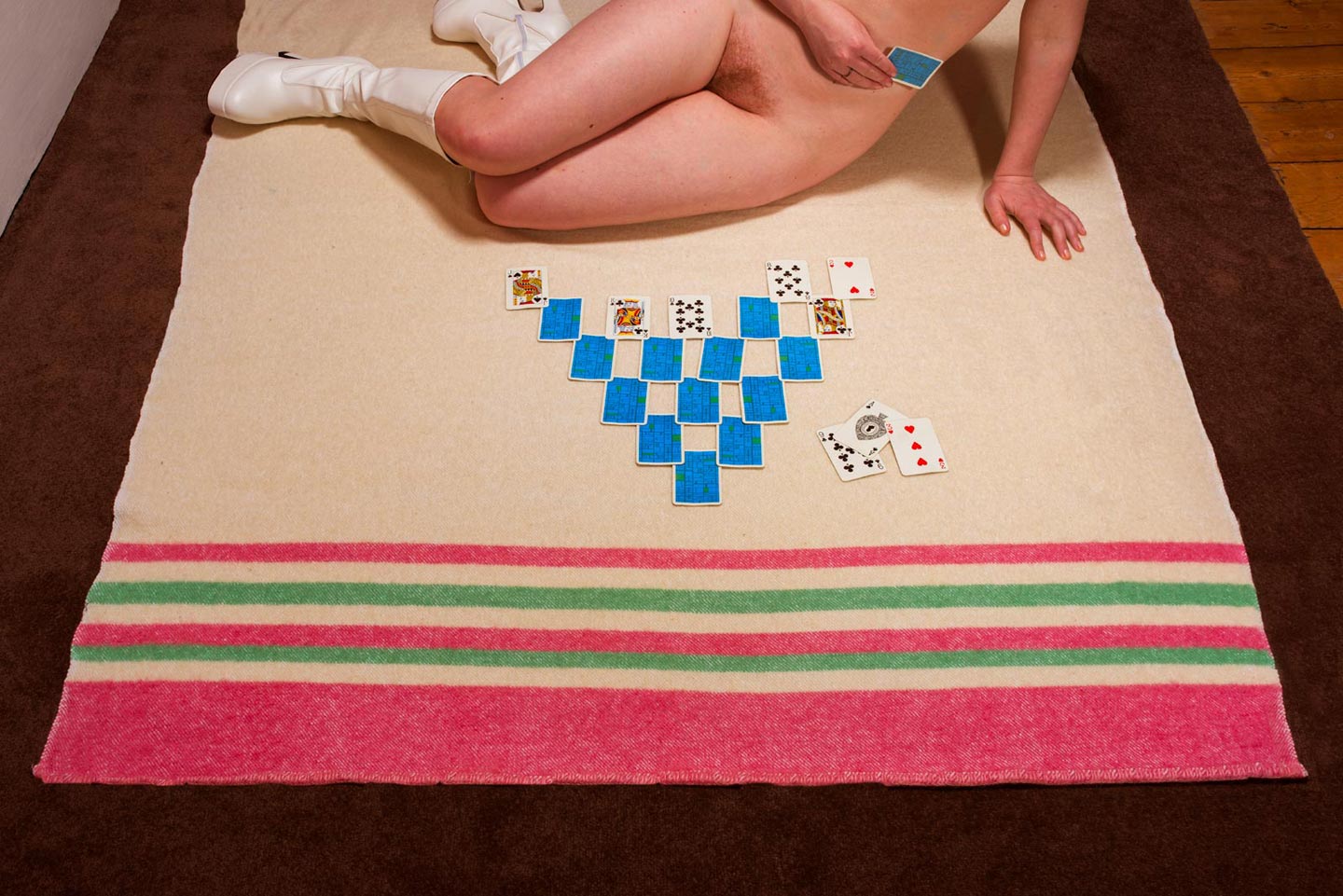 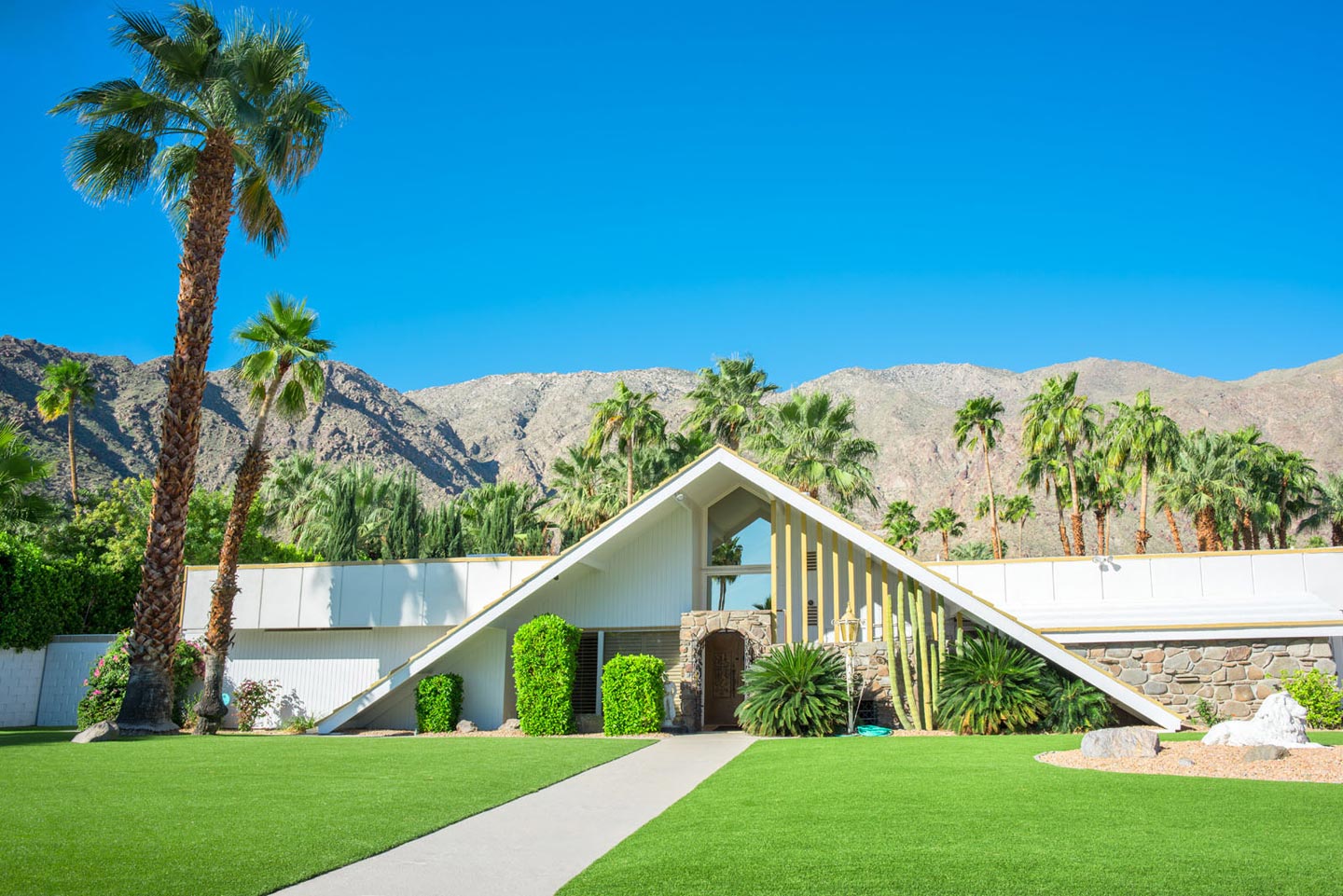 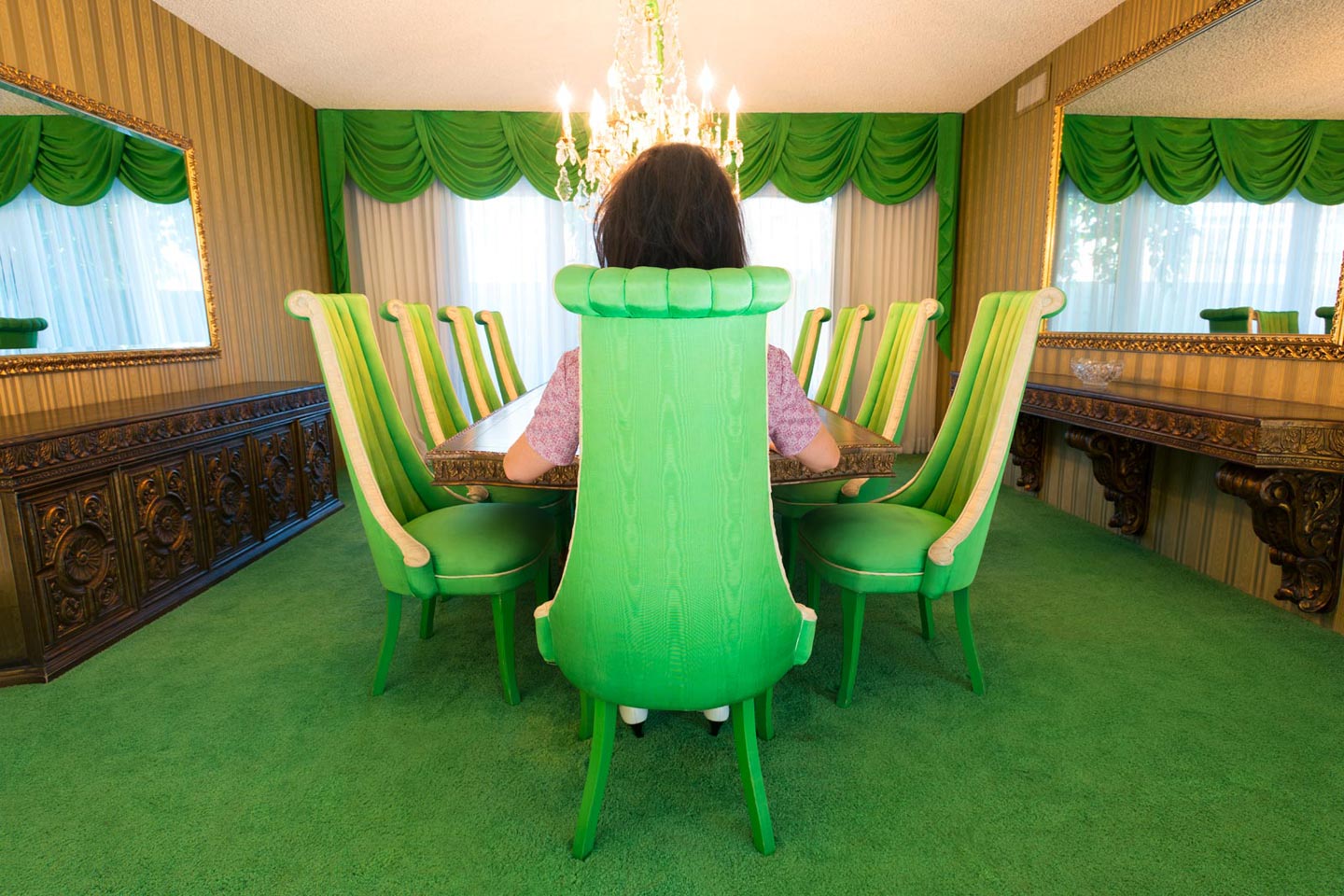 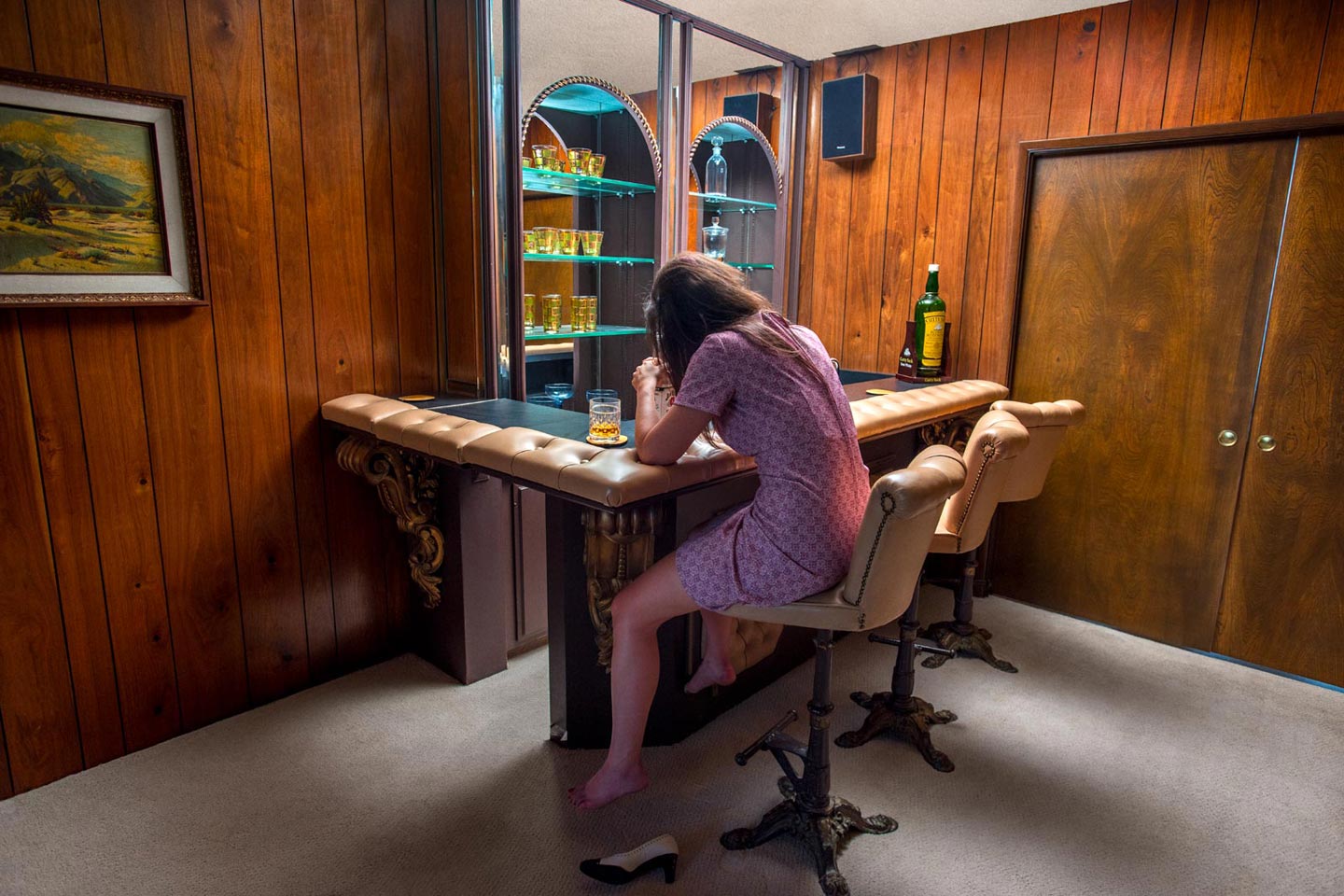 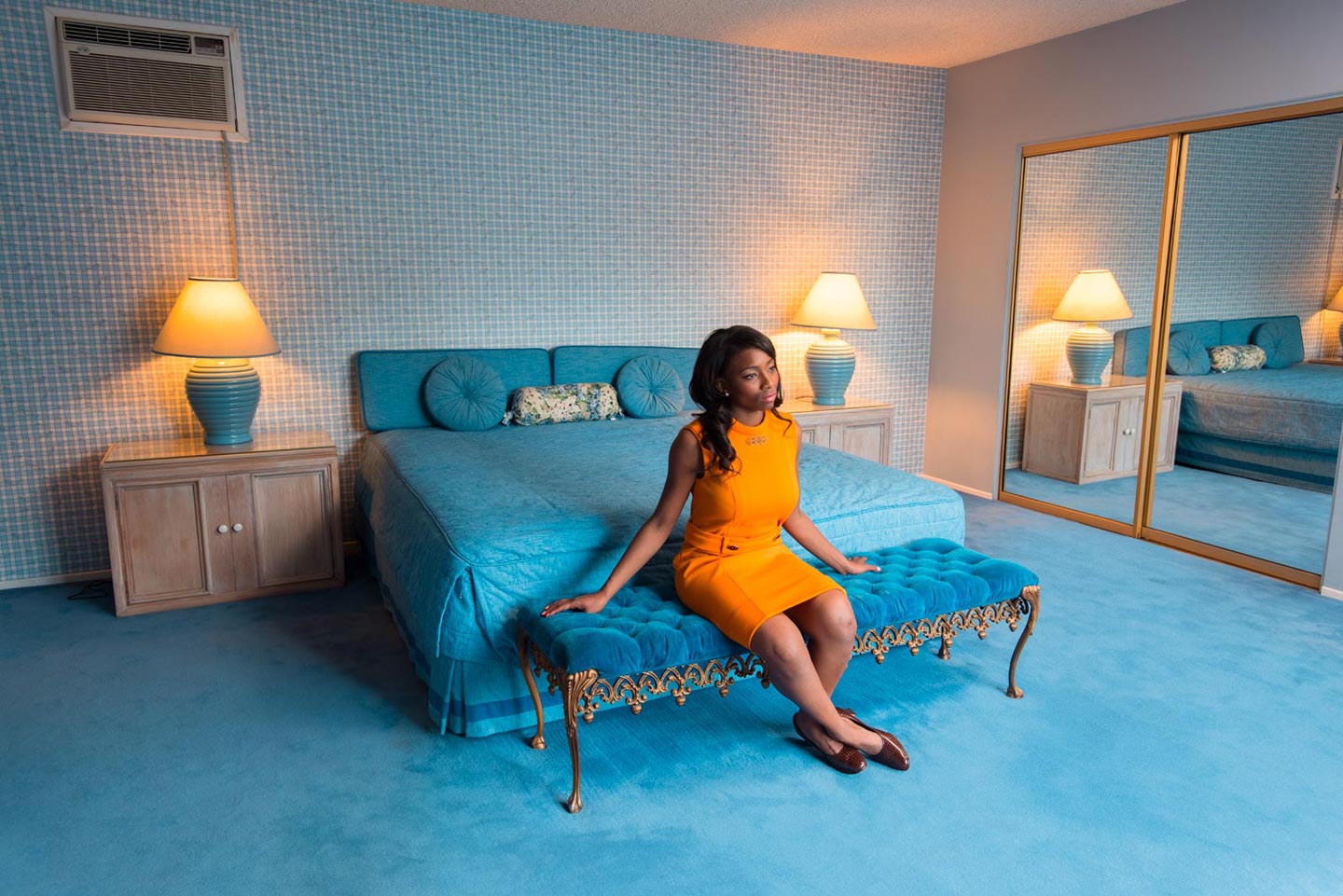 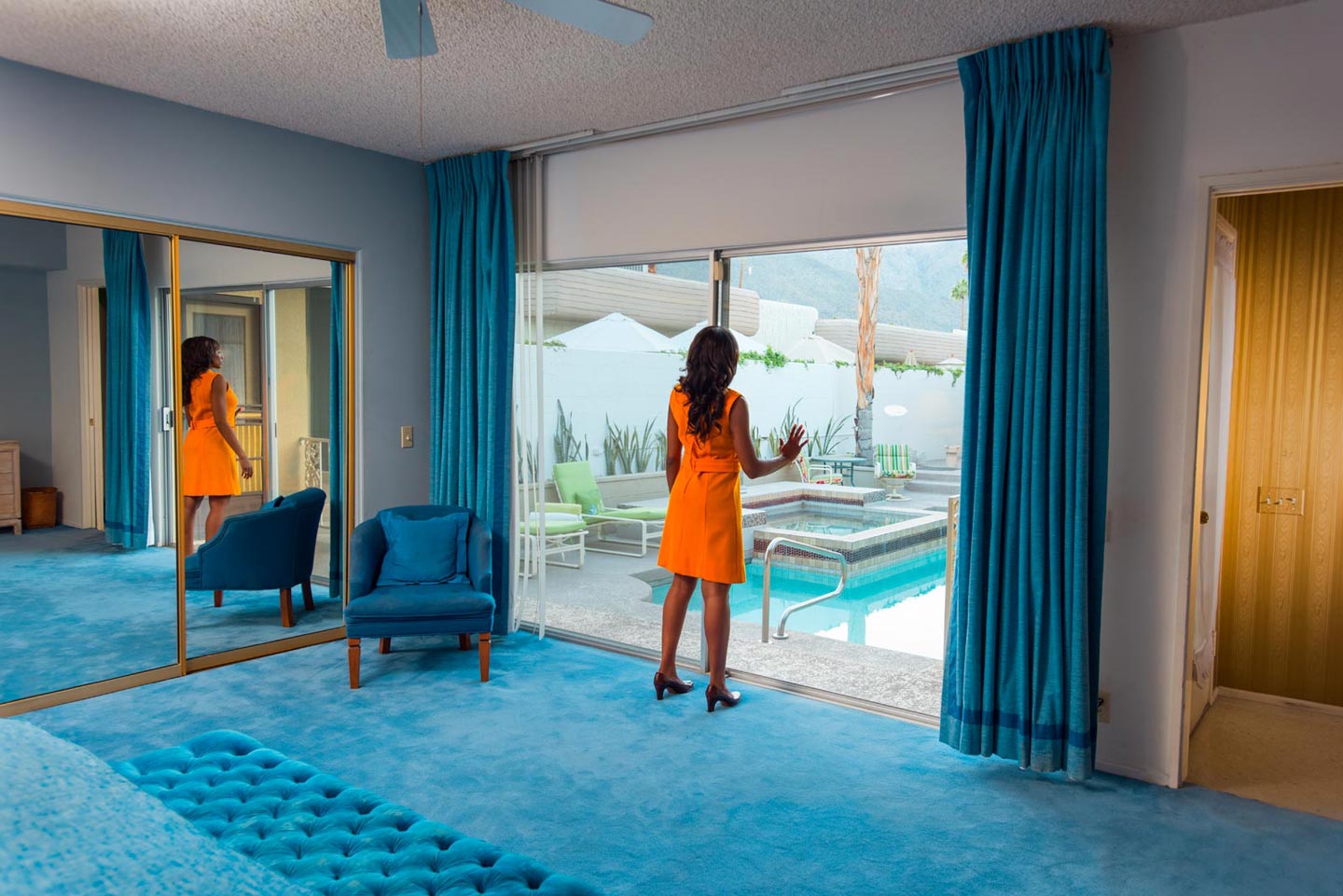 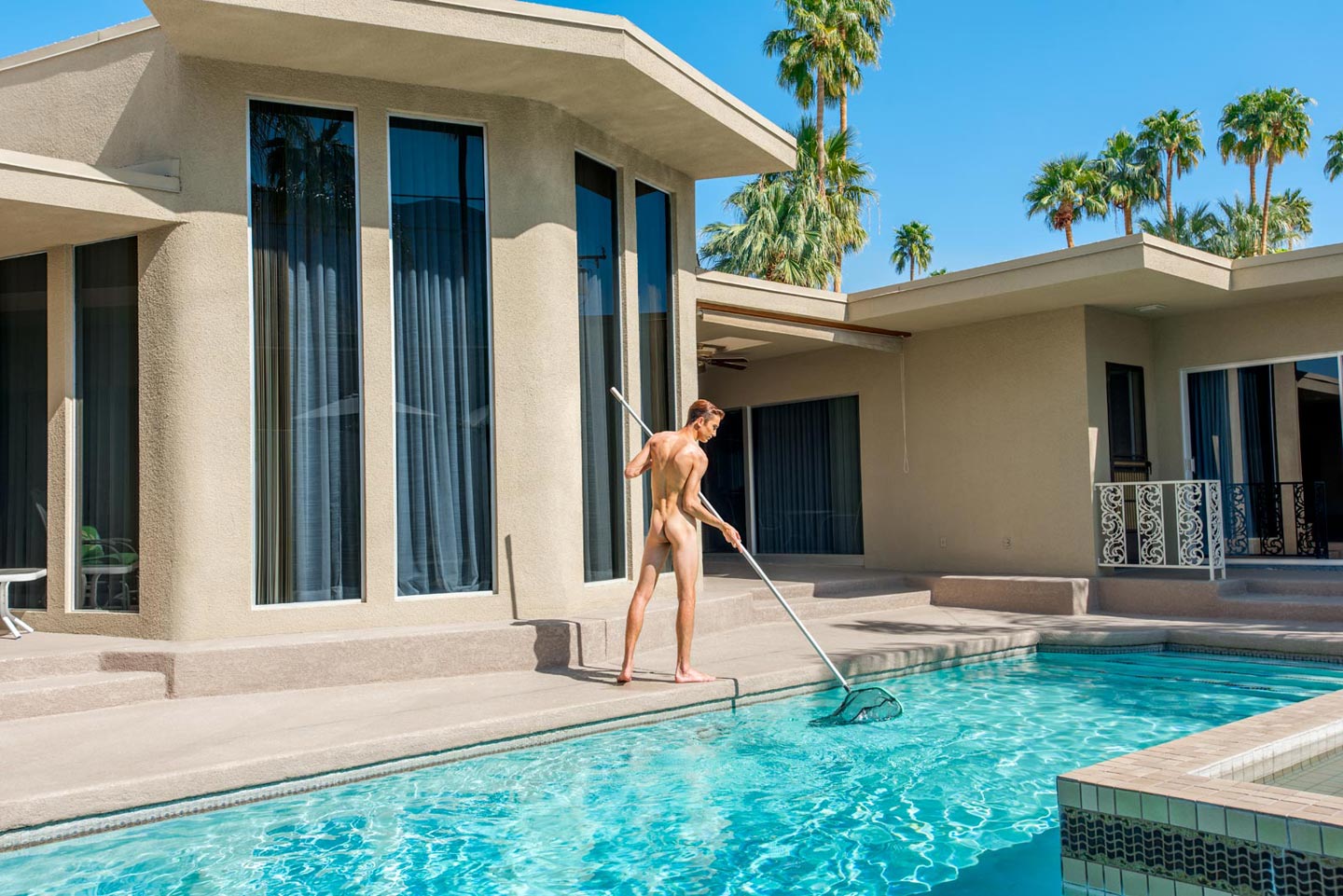 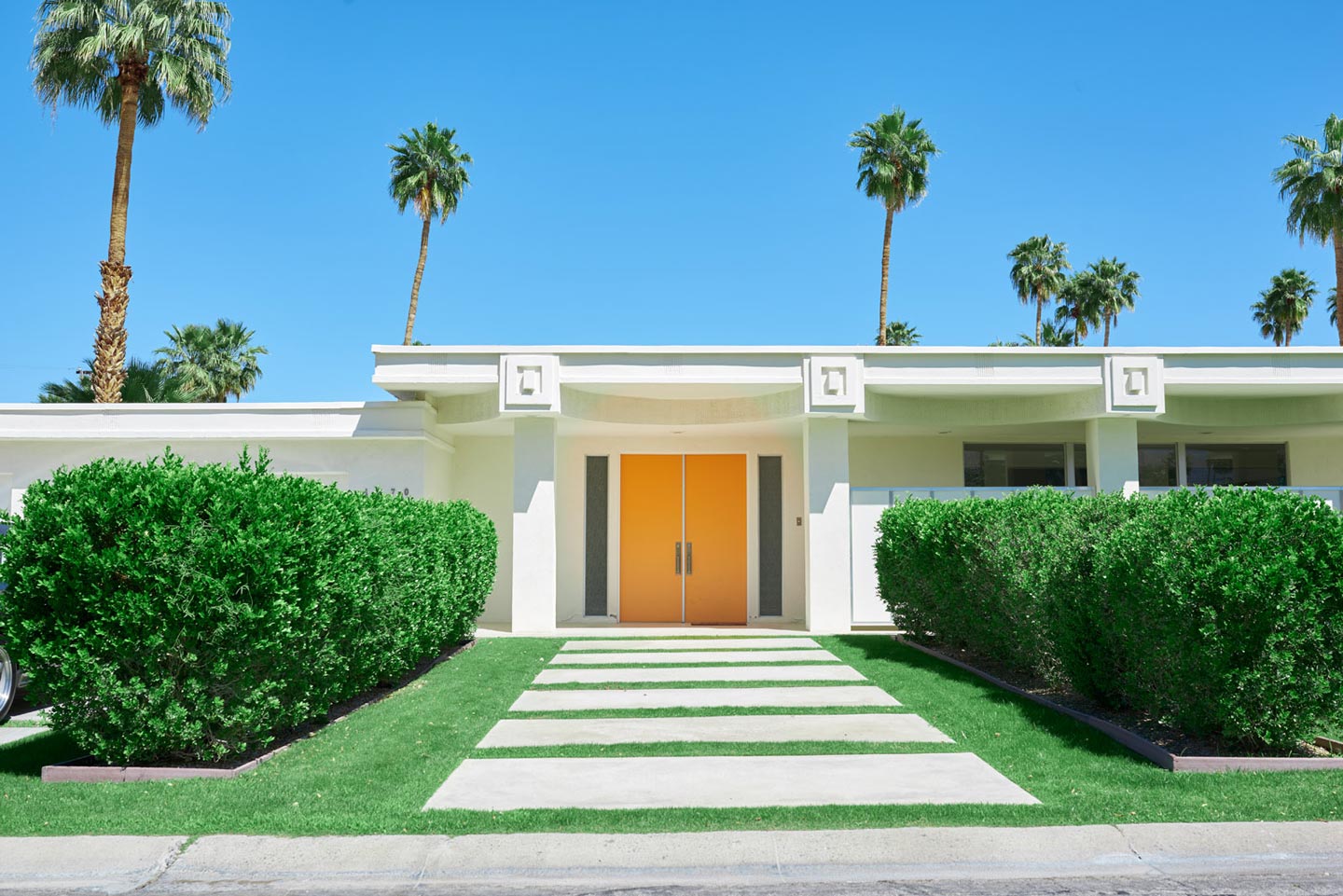 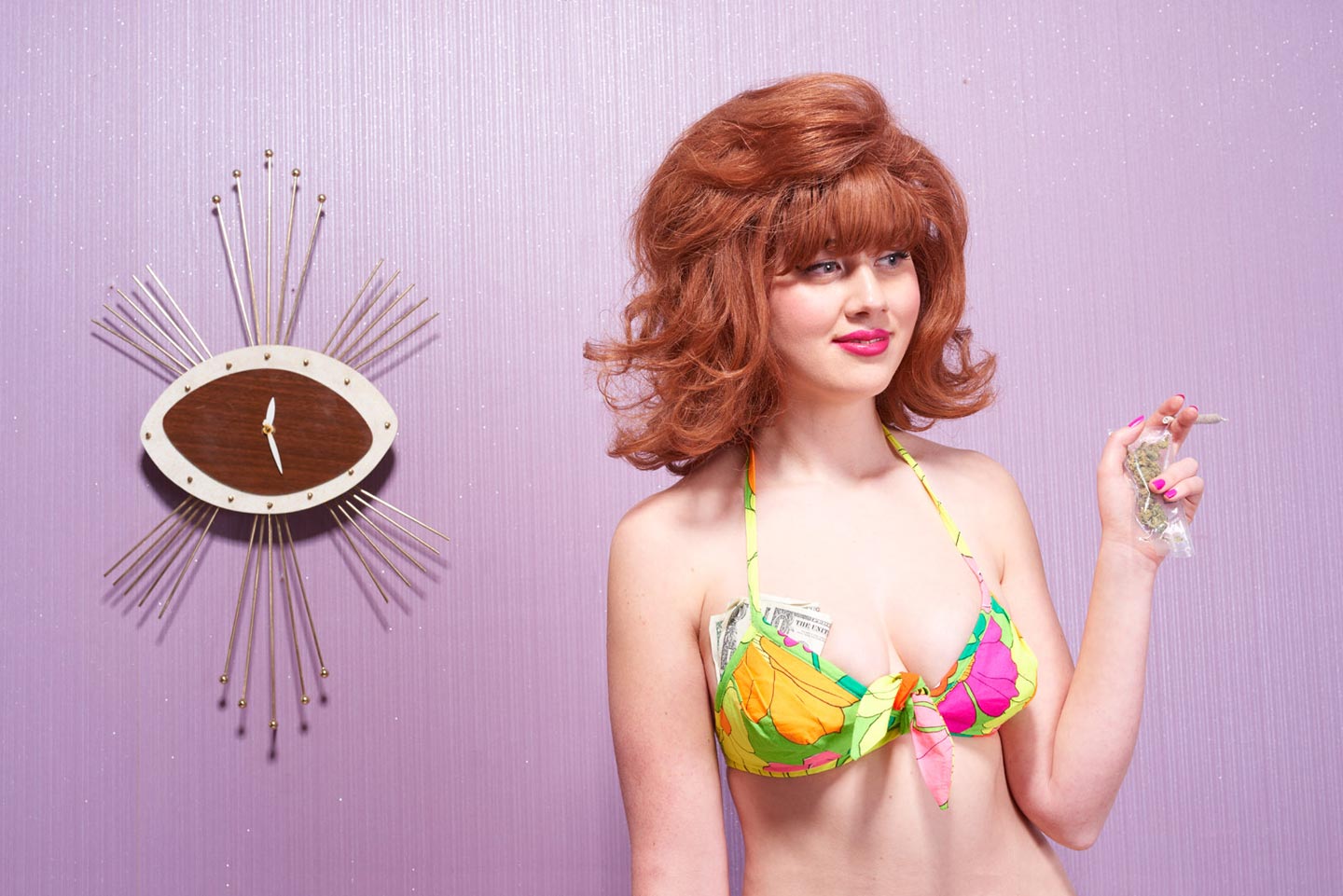 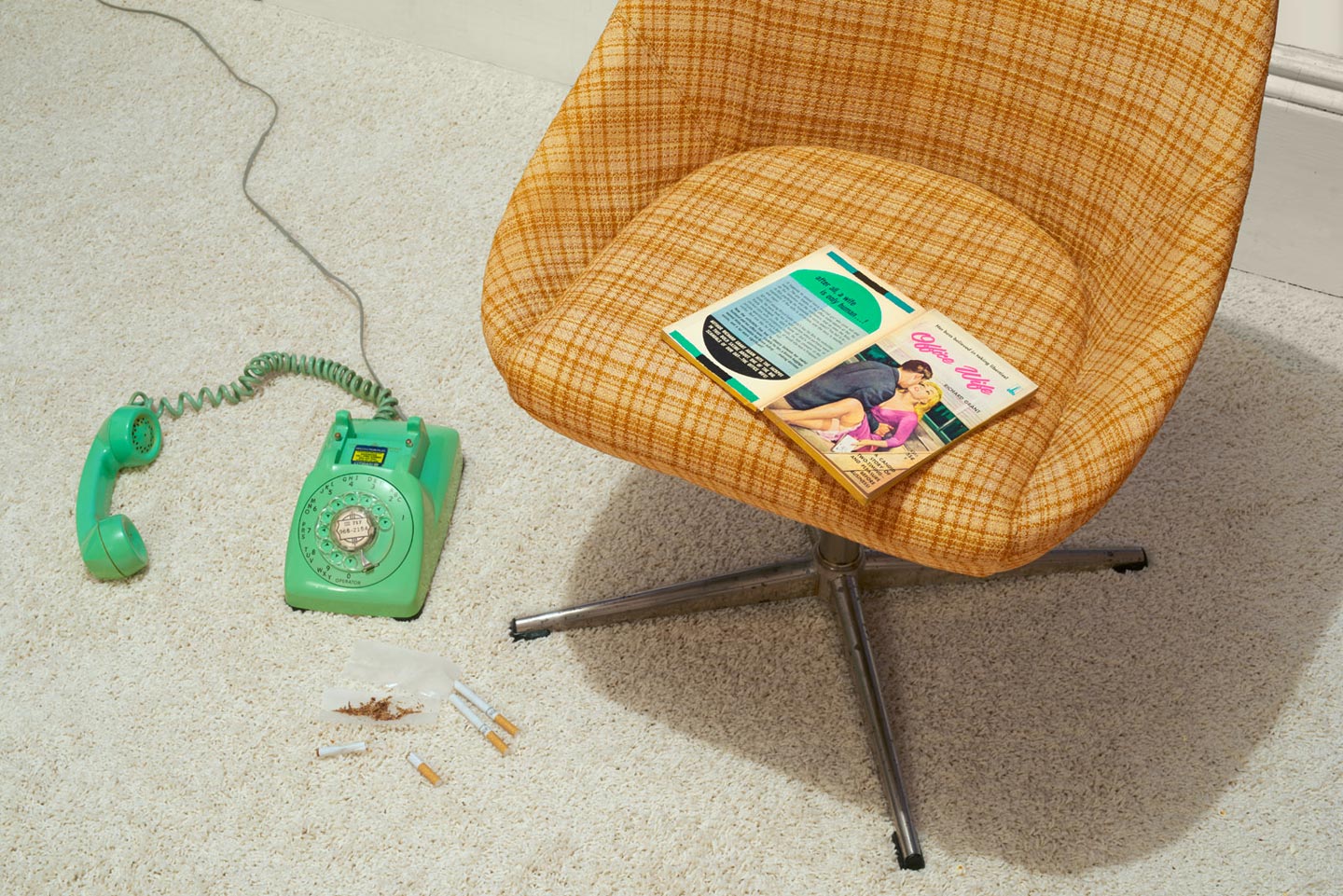 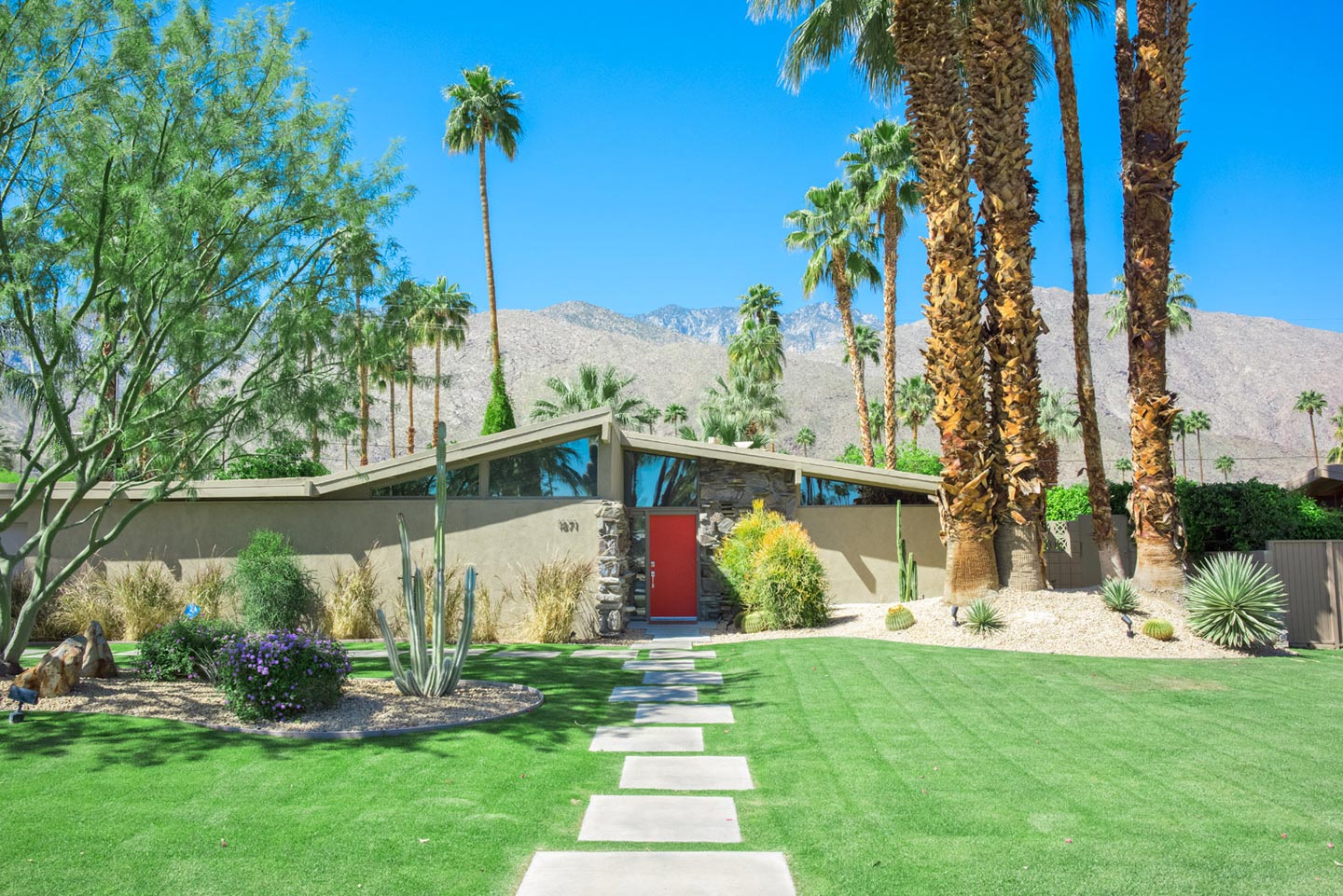 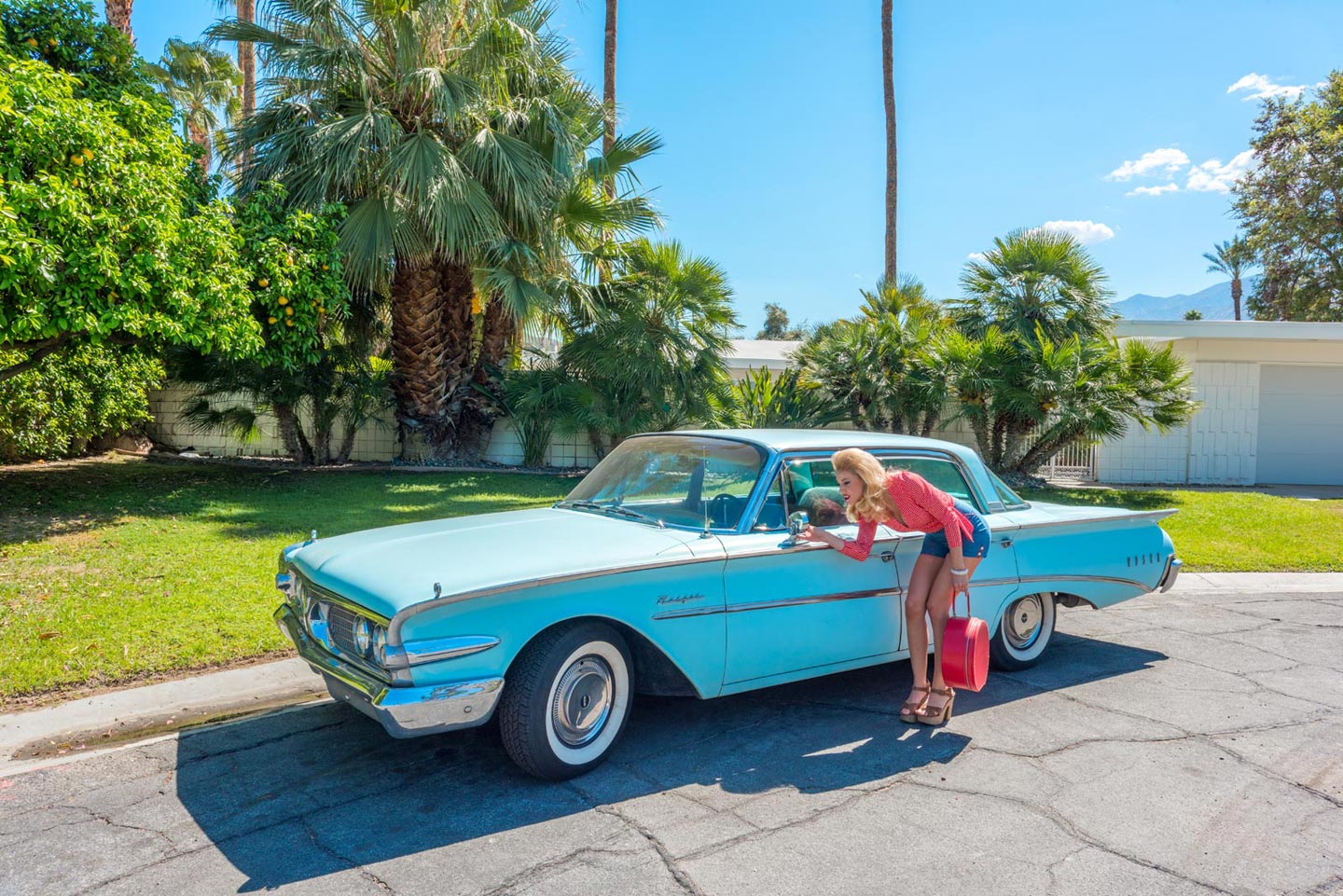 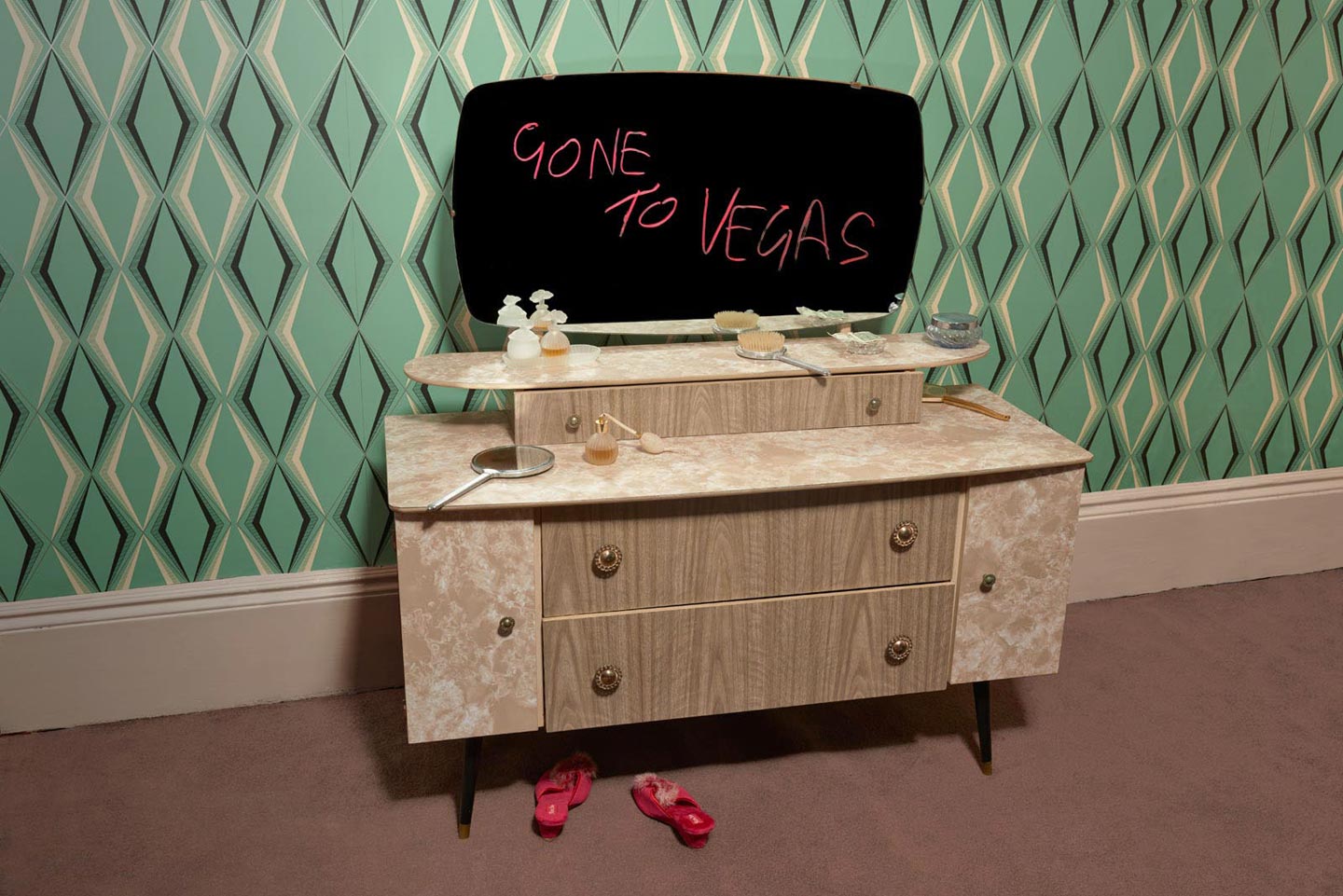 ‘Mass Hysteria Grips Twin Palms’, the frontpage of a newspaper announces in the opening image of Twin Palms, the latest series by British photographer Matt Henry. In this new staged photography project, Matt puts a spin on the conventional representation of stay-at-home women: rather than happily taking care of the house and children while their husbands are away at work, the women of Twin Palms overdrink, smoke weed, take nude pics and more as a way of privately rebelling against the pre-packaged role they are expected to stick to.

Hello Matt, thank you for this interview. Your latest series Twin Palms deals with gender relations in the 1960s. Why did you decide to make a project about gender inequality?

I wouldn’t say that the series is specifically about gender equality. It’s as much kitsch entertainment as it is historical statement; it was just interesting for me to reflect on the role of women in this period and to reinvent rather than just recreate. What I didn’t want was the 1960s housewife as we all know her—Betty Draper from Mad Men stuck at home with the kids while Don works his way through his secretaries. I wanted to give the protagonists a little more life, depth and positivity by letting them be more reckless and self-absorbed than was probably allowed.

Of course the theme of gender inequality is part of the work and it’s something that’s very close to my heart—I’m a huge supporter of the feminist movement and consider myself a feminist. But my work is as much about art and entertainment; I’m at heart a storyteller rather than a political polemicist.

Twin Palms is the name of the sunny, fictional town where your subjects live. How would you describe the women of Twin Palms?

In what way do you think the work speaks to contemporary societies, and to the state of gender relations today?

I hope that it speaks to the mainstream television and movie industries. The benefits of working as an artist is that I don’t have to consider the bottom dollar. I don’t have to sit in a meeting with a TV exec telling me that perhaps one of my female leads shouldn’t be masturbating or that we really need to put a couple of guys in for the ratings. We’re obviously talking about stills as set against moving image, but I wonder if there is room for the true auteur anymore in that world. So back to the previous point, perhaps if the images excite and appear unusual, that might tell you something about what is missing in the roles currently allocated to women.

I don’t want to bill this series as some sort of panacea—there are lots of things and people not represented in there. But it’s a start at having more colorful roles for women. I’d want to hang out with any of these girls and there just aren’t enough films or television shows with characters that make me feel the same.

Despite being a single series, Twin Palms encompasses several short sequences, each having a different woman as a protagonist. Can you talk a bit about your process for creating these characters and stories?

I’m a huge fan of the original 1950s-60s series The Twilight Zone. What I love about so many of their stories is that a homogenous universe is created in a single town or place where the rules of social engagement or even the rules of physics are somehow turned on their head. It’s such a fascinating idea for me. So Twin Palms became one of those places where something has gone awry; this ‘mass hysteria’ has taken hold and these women are no longer sitting back and patiently performing the duties assigned to them.

In terms of the short sequences, I think this is one of the benefits of art or stills, that you aren’t constrained to plot and linear storytelling. I have shot linear stories, like my series The Trip and Born on the Bayou, but it’s also refreshing to escape this. One of my favorite films in the world is Slacker by Richard Linklater; it has no cohesive plot. It just moves smoothly from one brilliant vignette to the next. But the concept of the short sequences was also to examine this neighborhood on a house by house basis. I just loved the idea that you could see this beautiful mid-century house, and then something odd was going on inside. And something equally odd is going on in the next one.

How did you get the idea for Twin Palms?

The concept came to me when visiting Palm Springs in 2015 on the back of another shoot, and I just fell in love with the place and started snapping away at all the houses. Then I started to think about who I would put inside, and the rest came together through a lot of hard work and research, both that year and this year. I’m a bit of a color fascist, so each sequence had to have a color code for me to feel happy with it. It was a big job.

The Twin Palms photographs feature bright colors and lush sets, which seem to contrast with the theme of the work. Why did you use this style?

I wouldn’t say it contrasts with the theme of the work at all. The theme is essentially very positive. These ladies aren’t at home preparing dinner for their high-powered husbands. They’re doing exactly as they please, as self-indulgent as it is in this case. I’m not telling a story about the broken wife. The bright colors really represent spirit and excitement for me. Who doesn’t get excited about an all-pink bedroom!

1960s and staged photography are two fundamentals of your practice as a photographer. Where does your interest in one and the other come from?

The 1960s I have been fascinated with since I was a child, and I really can’t tell you why. Moving through all the psychedelic covers of my dad’s vinyl collection is certainly a strong memory. But I was also a student of politics at university, so I’m fascinated with the potential for humanity and the idea of utopia and dystopia. The 1960s was revolutionary in the sense that at one crucial point everything was to play for. Could we turn everything on its head and create a brave new world, or would it be a return to fear and conflict? We all know how it panned out, but in historical terms the Sixties were really like no other era. It’s considered the last bastion of modernism because people actually believed that they could change the world, either through protest or inner change.

The issue of staging probably stems from a desire to create an alternate reality due to a dissatisfaction with the real one. I’ve really got no interest in recording things as they are: things as they are rarely live up to how they might be in my head. I’m just a storyteller at heart, and storytellers all have to embellish a little, don’t they? To stage an image feels like the most natural thing in the world to me. Like crafting a sentence in a novel. No one wants to read about my day. But I’d hope that they might want to read about this stoned housewife that’s rattling about in my head.