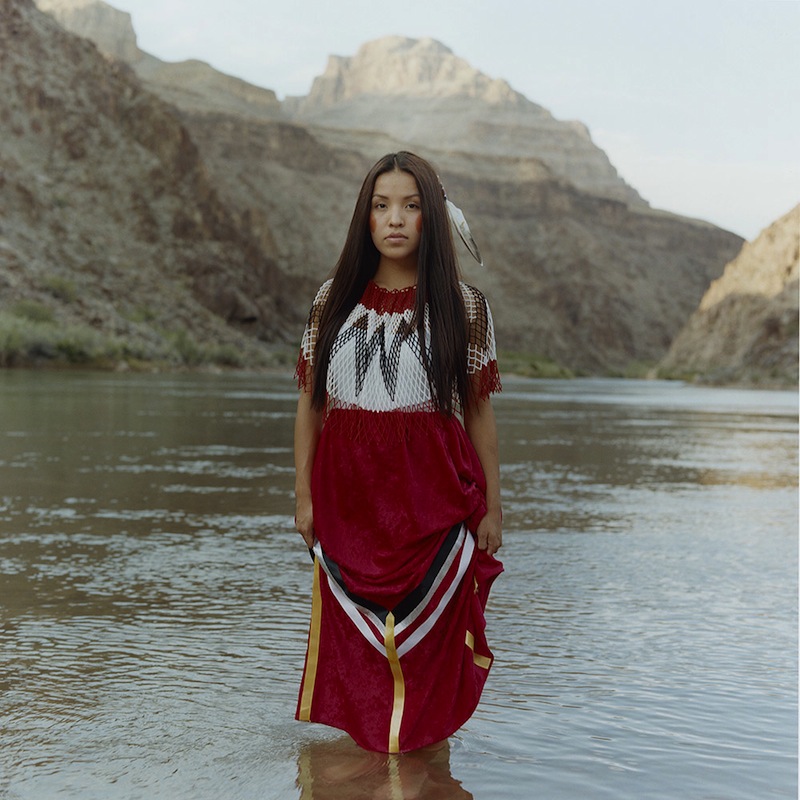 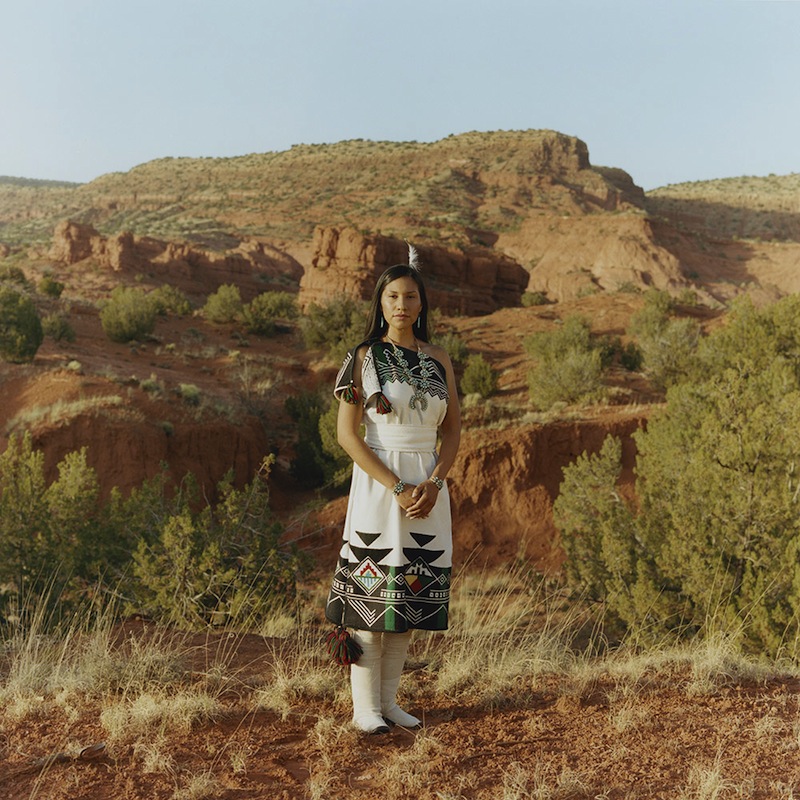 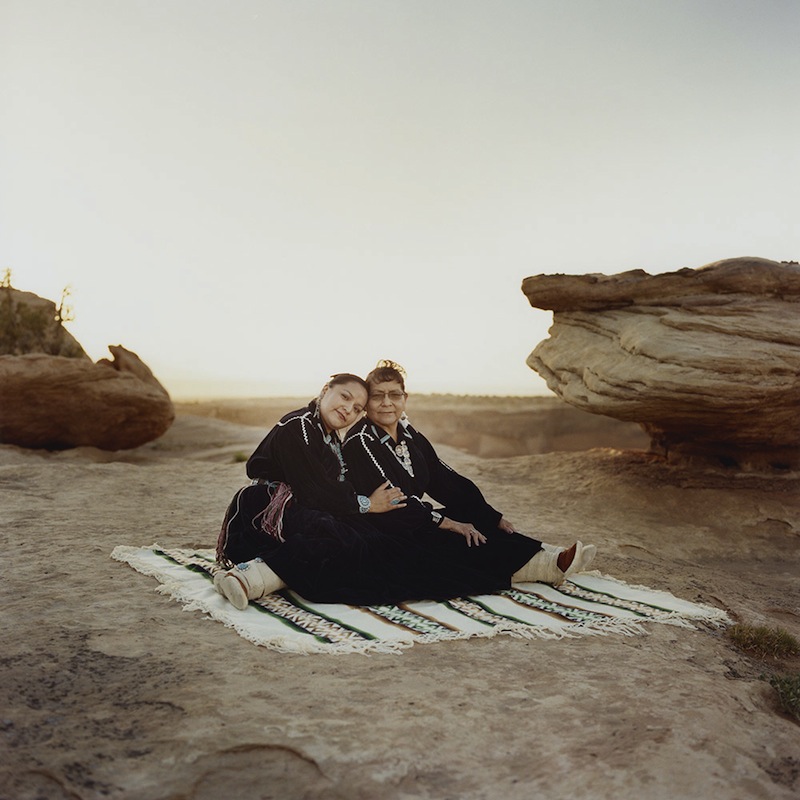 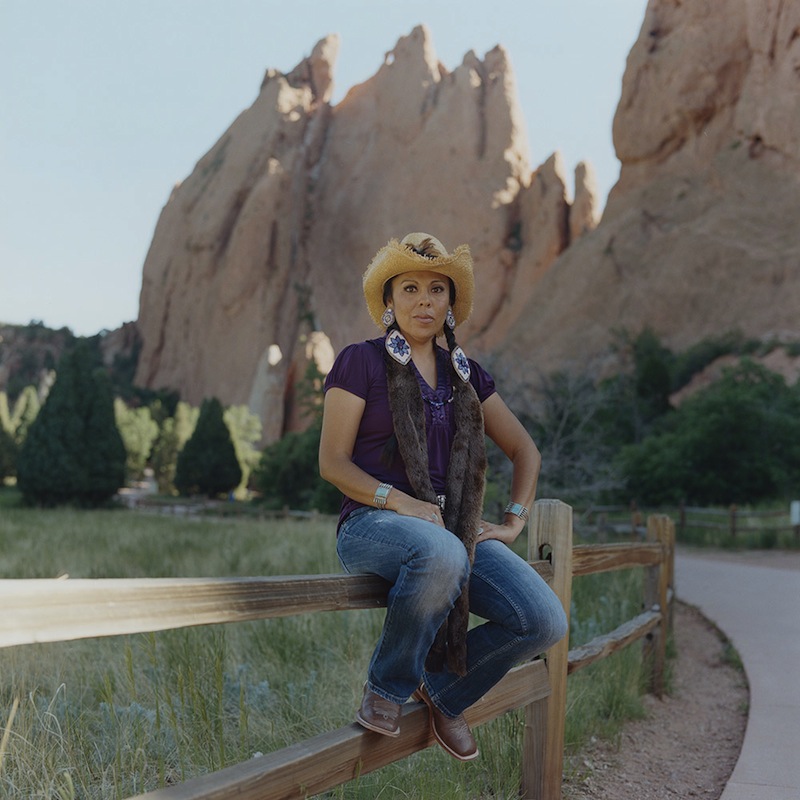 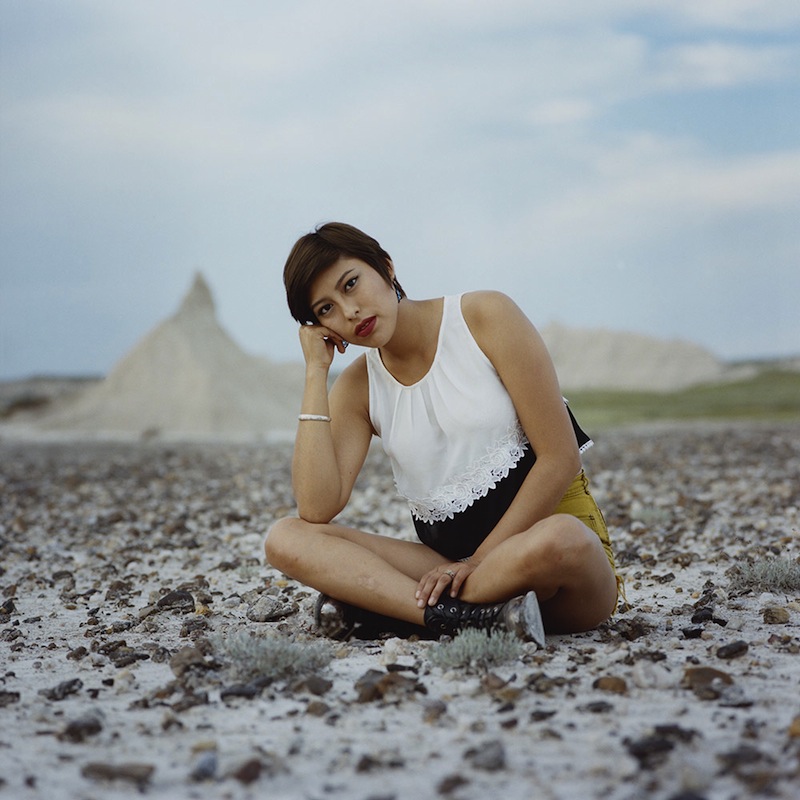 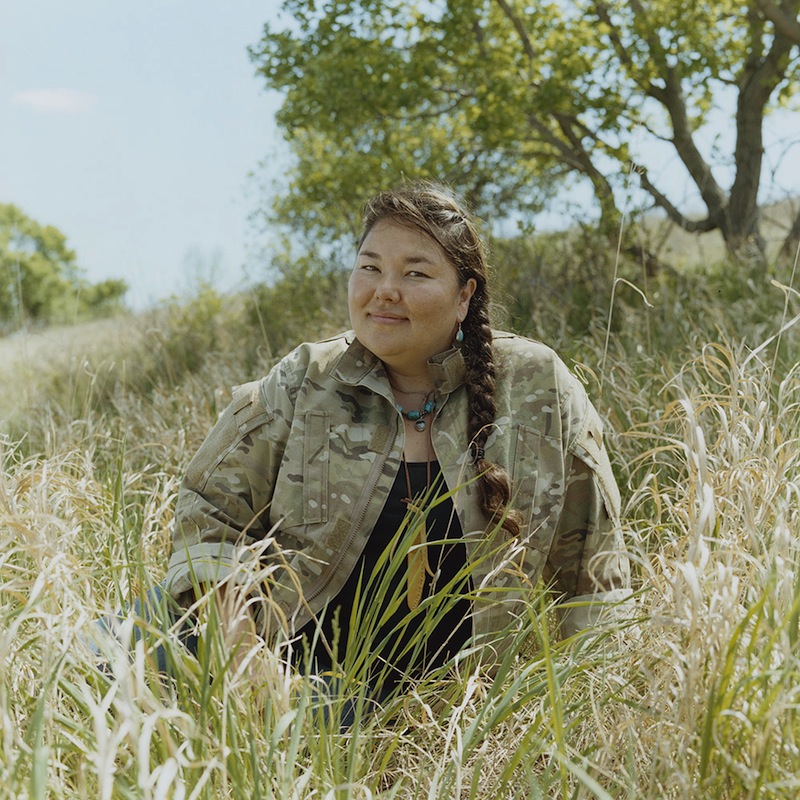 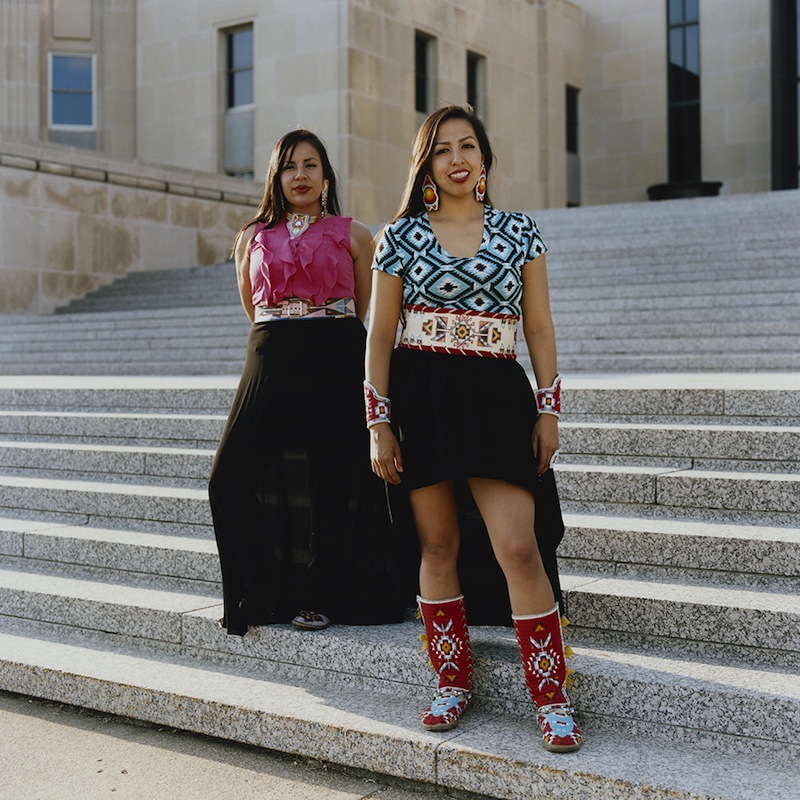 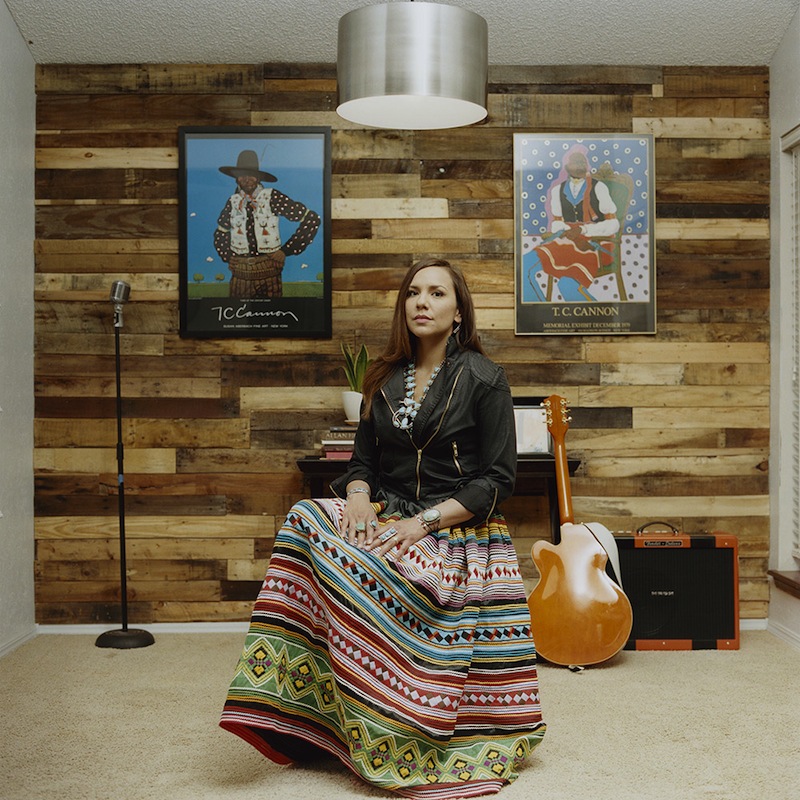 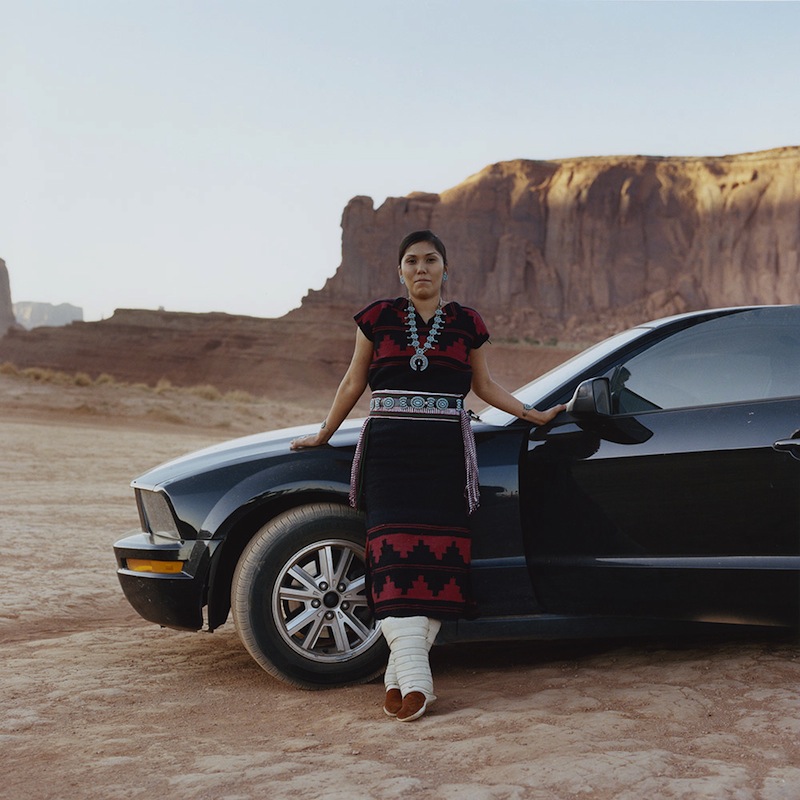 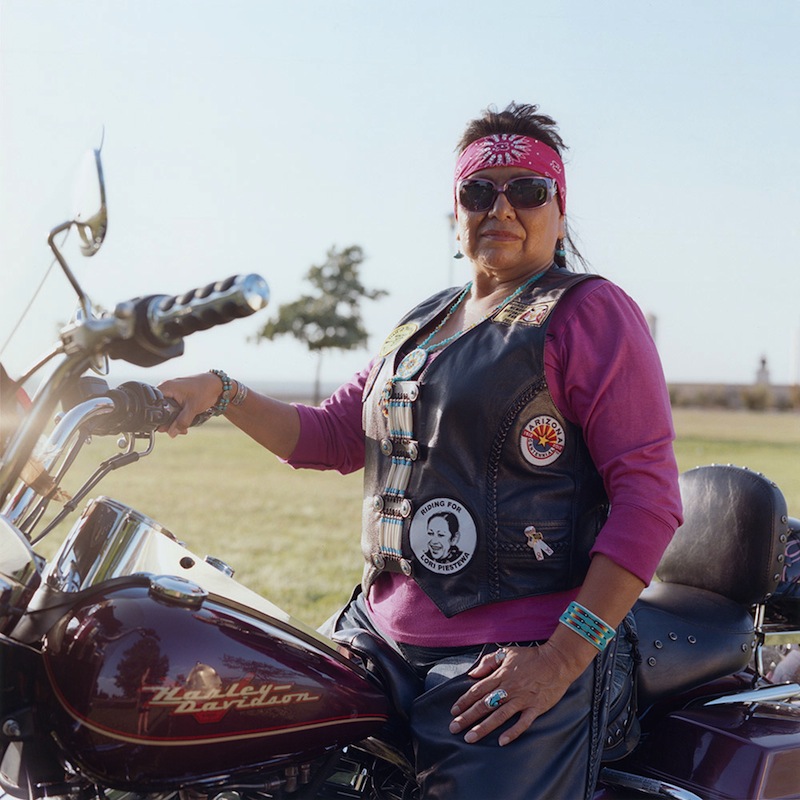 The Red Road Project is a collaboration between Italian photographer Carlotta Cardana and American writer Danielle SeeWalker. In 2013, Carlotta and Danielle decided to team up to explore the Native American community of the 21st century with the precise intention to focus on success stories that can inspire positive change and show the best side of this often misrepresented minority.

So far, the largest part of Carlotta and Danielle’s work has been dedicated to Native American women, following the interest of magazine Marie Claire in their work. But The Red Road Project is still in its early stages – you can keep up with Carlotta and Danielle through the project’s website and on Facebook or Instagram.

Hello Carlotta and Danielle, thank you for this interview. Who had the idea for The Red Road Project originally?

It was a joint idea that grew organically. For years we had always talked about doing a project together and one evening we were discussing an article about the Wounded Knee land [the location where a massacre of Native Americans by the US army occurred in 1890] being up for sale. This sparked a deeper conversation that eventually led to the idea of starting up a project to focus on the positive aspects of Native American life.

Danielle is an enrolled member of the Standing Rock Sioux Tribe and Carlotta has always had an appreciation for Native American culture and wanted to explore it further. It only made sense for us to partner up on this subject and go for it!

What is the situation for the Native American minority today?

Since the 1800s, many Native American communities have completely vanished while others were isolated onto Indian reservations, and the residual scars of those events still exist today.

The issues Native Americans struggle with today (loss of language, loss of traditions, alcohol abuse, drug problems, teen pregnancy, suicide, etc.) have affected many generations and continue to exist in the present. However there has been a recent revitalization of language and traditions in many Indian communities through educational programs and groups. Natives believe that language is the basis for everything else in their culture, and that it’s key to getting back to their roots. Despite a troubled history and the problems Native Americans still face, it’s important to mention how resilient their culture is.

Rather than focusing on the difficulties of the Natives, you are dedicating your attention to success stories. Why did you choose this approach?

There has been so much attention in main stream media focusing on the most problematic aspects of Indians’ life, which has brought about a certain stigma and stereotype. This is unfair because there is so much beauty and strength within their culture that gets overlooked – the rest of the world needs to know about it.

Through the Red Road Project, we want to give the audience a clearer understanding about Native American culture and highlight community members that are out there making positive changes to keep their culture alive. That’s where the term Red Road comes from: it’s all about taking the positive path in life and being your best self.

Looking at the Red Road Project photos, it looks like the Natives proudly carry their symbols – in the way they dress, for example – while still enjoying the mainstream American lifestyle. How do they live being at the crossroads between two cultures?

Today, about two thirds of American Indians live in urban areas away from their reservations which can make it difficult for them to stay connected with their culture. You’ll often hear younger generations talk about the struggle of keeping a healthy balance of ‘modern life’ and their traditional ways. Those who live away from their reservations have to make some sort of conscious effort to keep up with their language and practices.

While Indians do not walk around everyday in their full regalia, you’ll sometimes see bits of Native culture shine. For instance, porcupine quill and beaded jewelry are often worn by women every day and you may see moccasins paired with jeans.

Racism against the blacks is sadly making the news again as a pressing issue in the US. How are things with the Americans and the Native minority?

It’s unfortunate that these issues are becoming highly publicized again decades after the Civil Rights Act was passed in the US, however the truth is that discrimination in the United States has always occurred and continues to occur within all facets of minority whether its race, sexual preference, religion or just being different in general. With that said, discrimination continues to be a burden to Indigenous people today, not just in United States, but in all of North America.

Last year, magazine Marie Claire took interest in your project and commissioned you a series of portraits focused specifically on Native American women. What experience was that?

We are so grateful to Marie Claire for giving us that opportunity. The experience of traveling thousands of miles all around the United States to meet inspiring and fascinating women is beyond words. We both came out of that experience with a stronger sense of self within our own lives and were extremely humbled by each of the women’s stories. One thing we learned through these women is just how different each tribe is in terms of language, traditions, food, stories, and general way of life, yet they all have an unspoken connection with each other.

The Red Road Project is still in progress – what will your next steps be?

We still have a long way to go. When we first began, we dove right in to get our feet wet and see where it took us. With the Marie Claire piece, we were able to hone in on Native women and this year we are redirecting that focus to ceremonies and traditions. Each phase of the project will be chapters on particular topic (men, children, beliefs, ceremonies, dress, food, art, etc.)

How will the final work look like? Are you thinking of a book with photos by Carlotta and texts by Danielle?

Yes, our ultimate goal would be to turn this project into a book and exhibition. We envision the project telling the story through Carlotta’s photos and Danielle’s text in a mixed-media format. We’d like to incorporate works of art, sketches and stories as well.