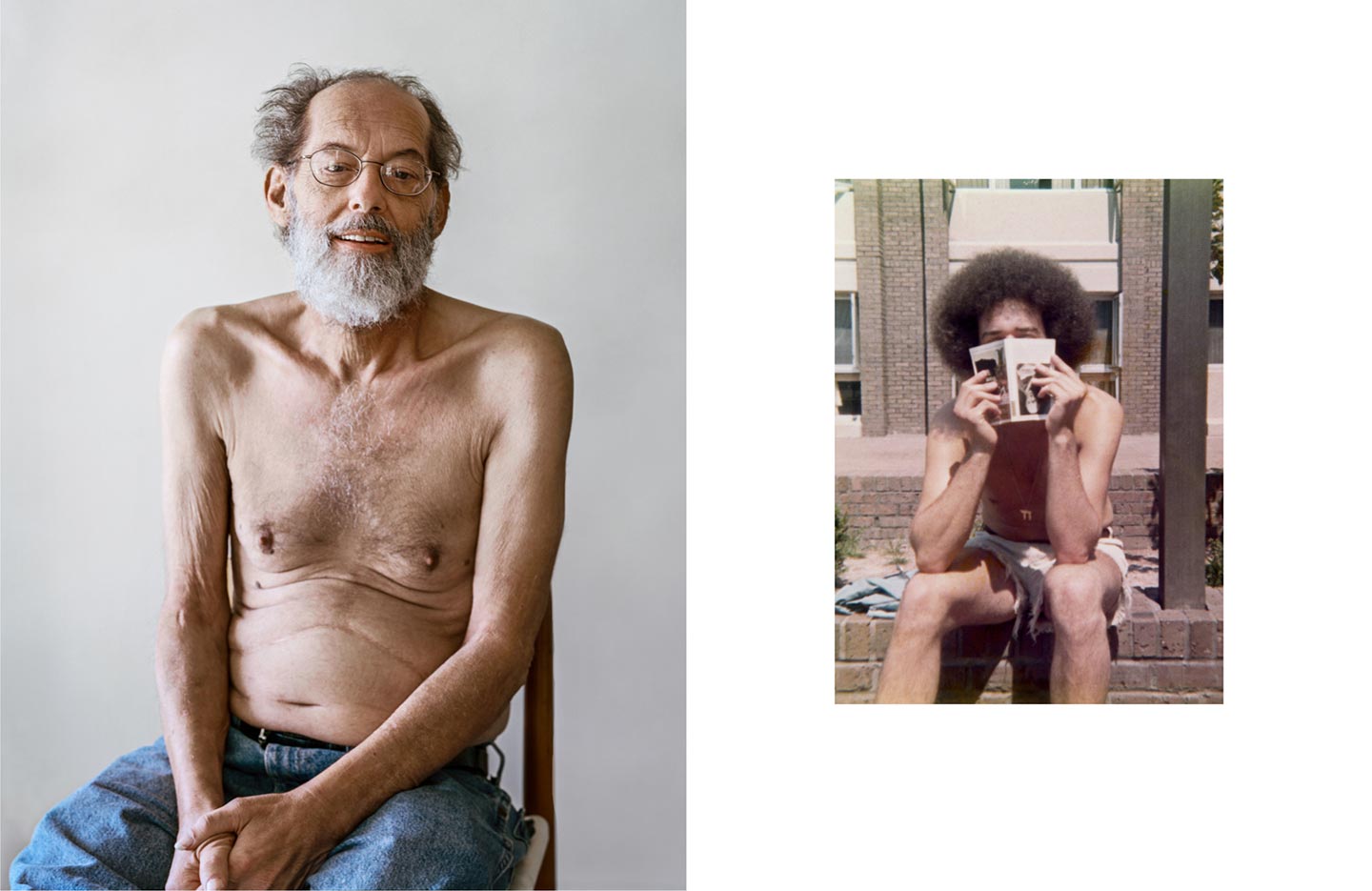 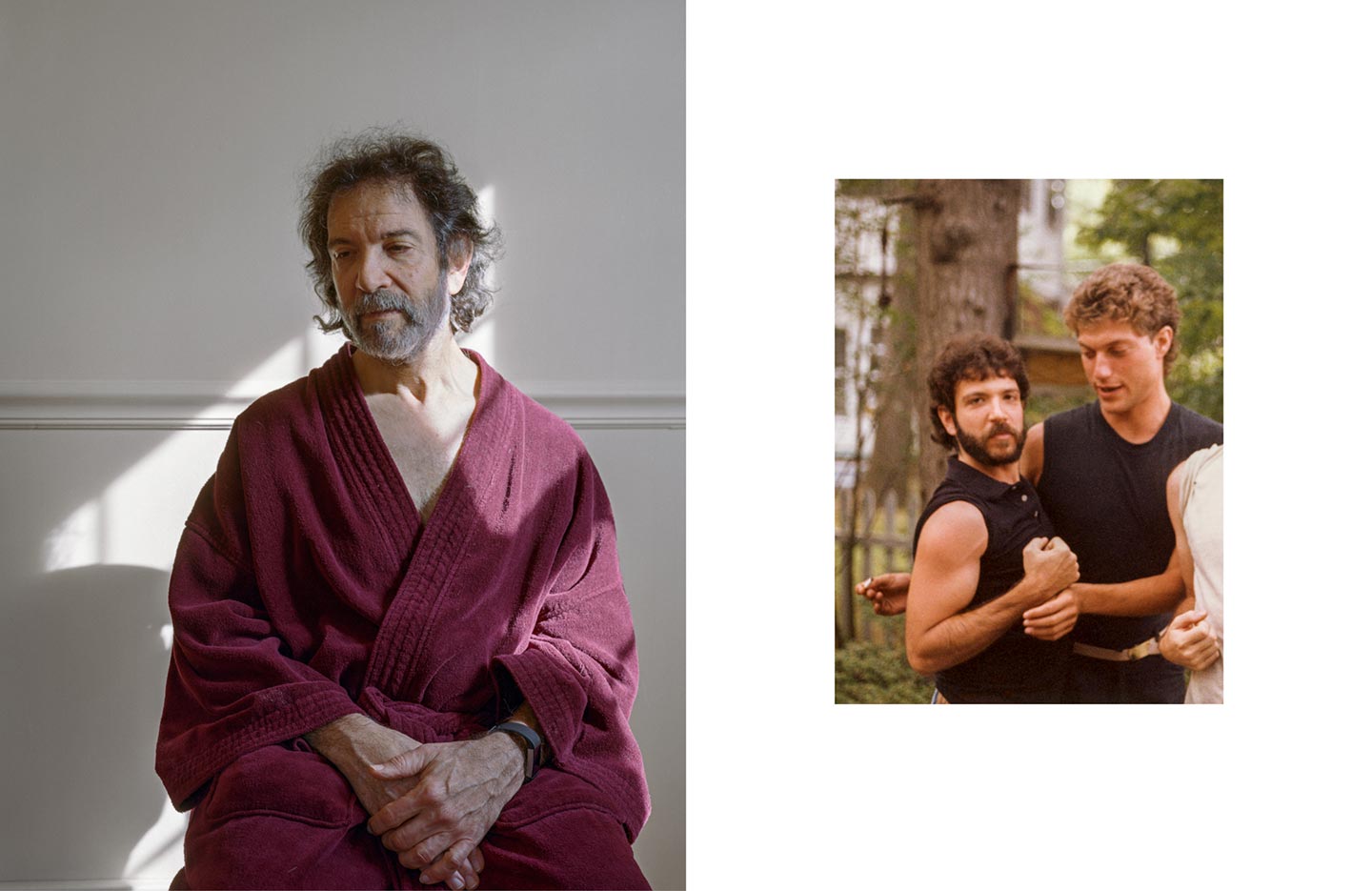 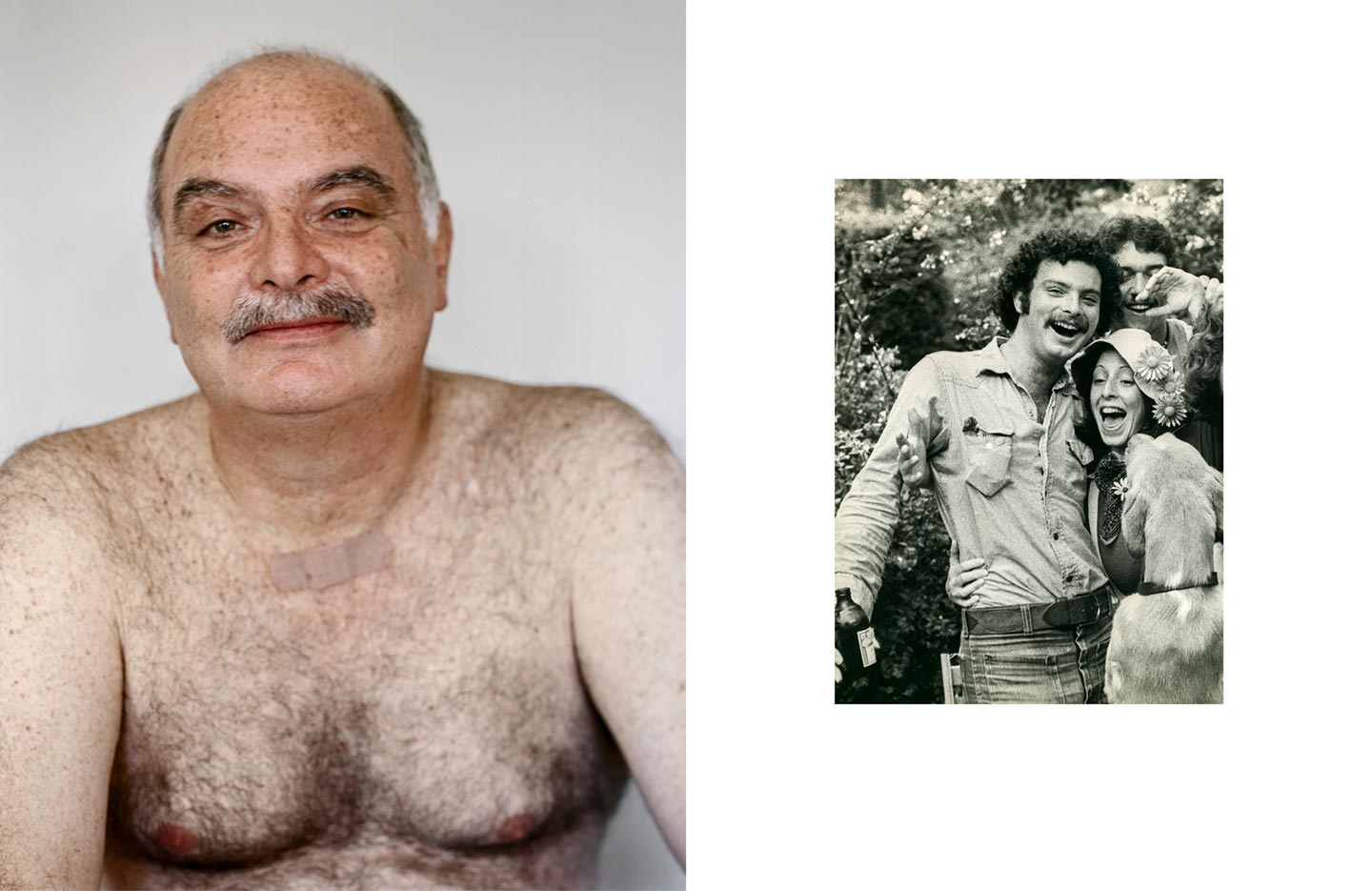 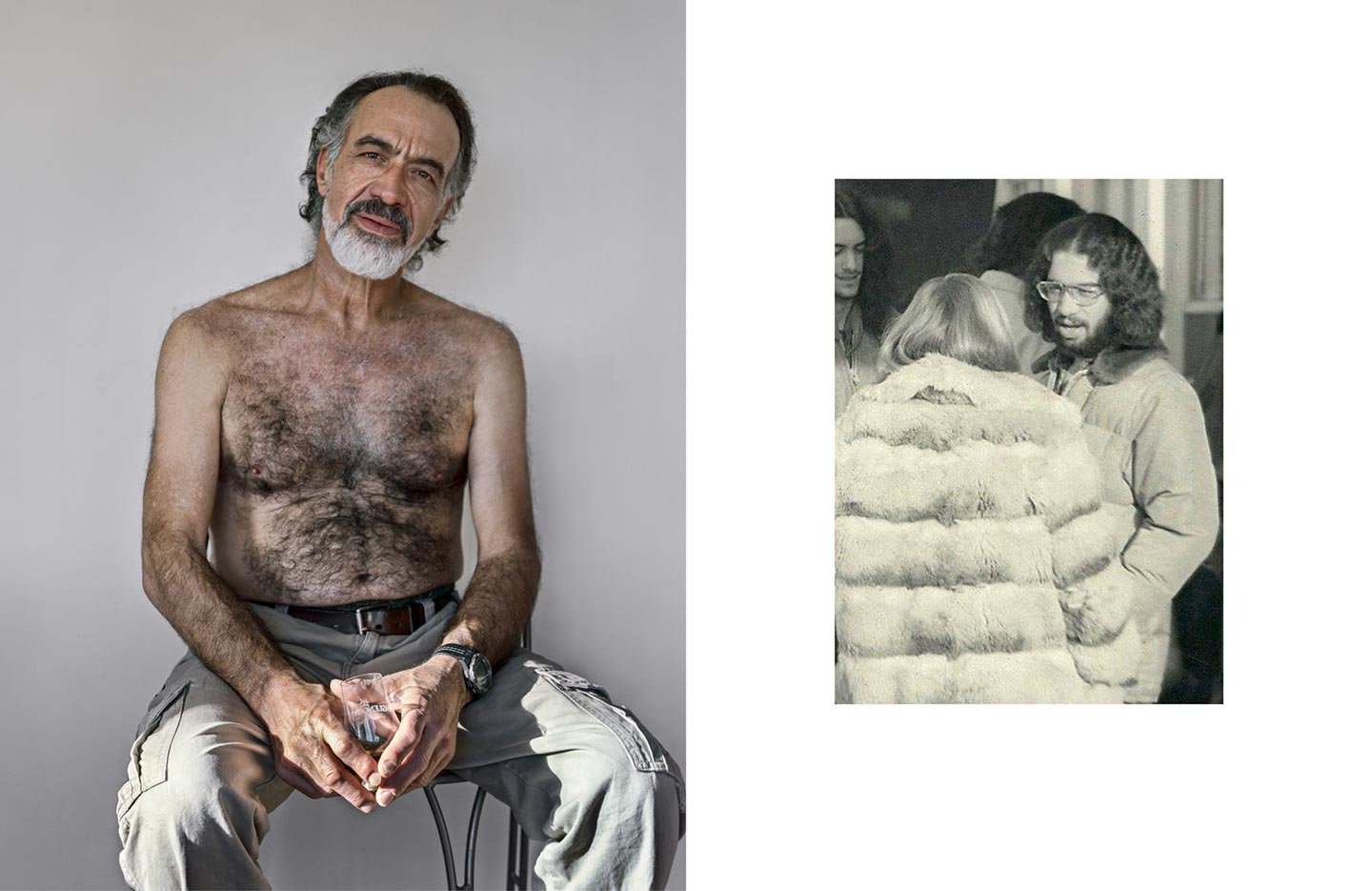 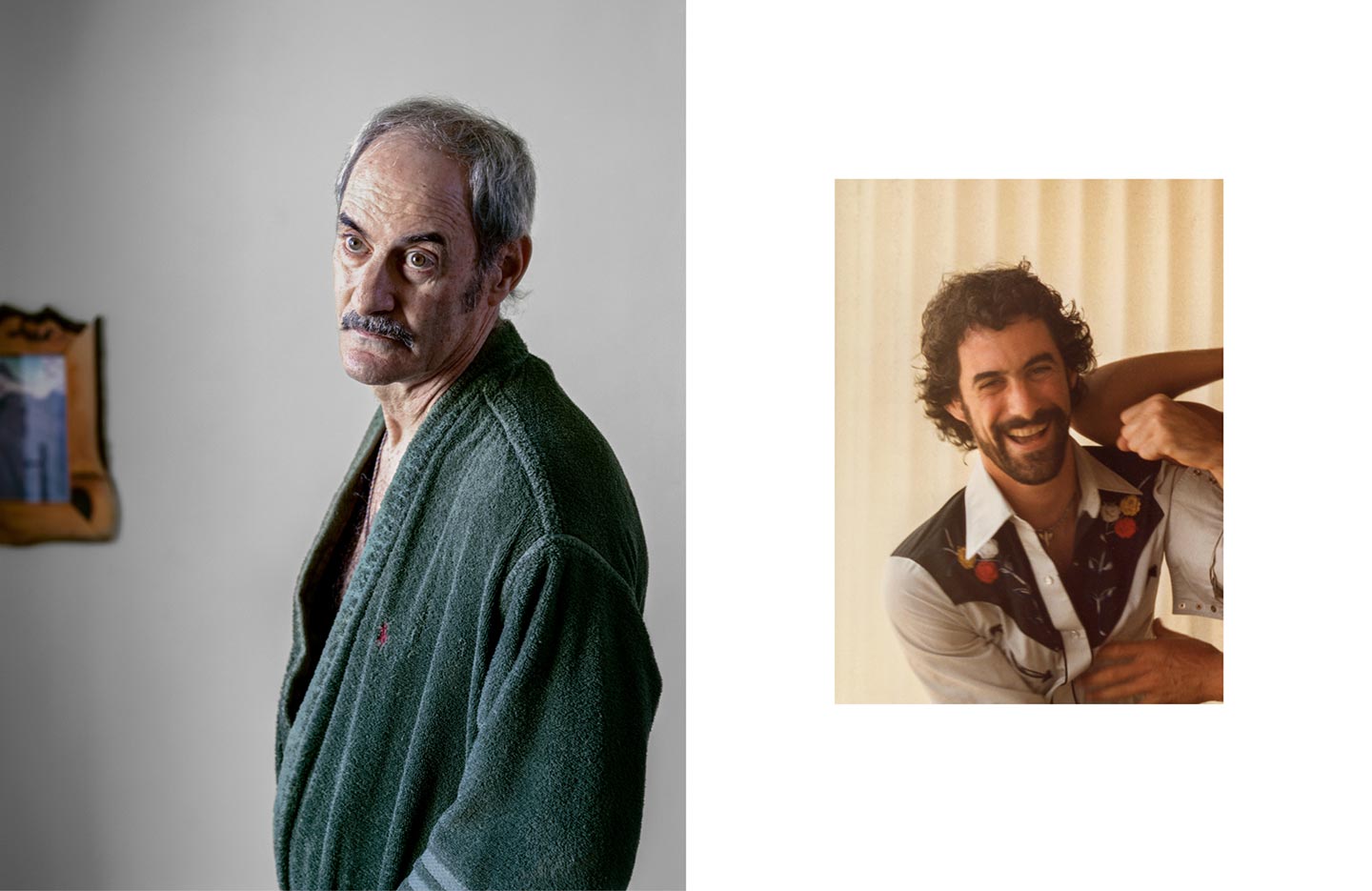 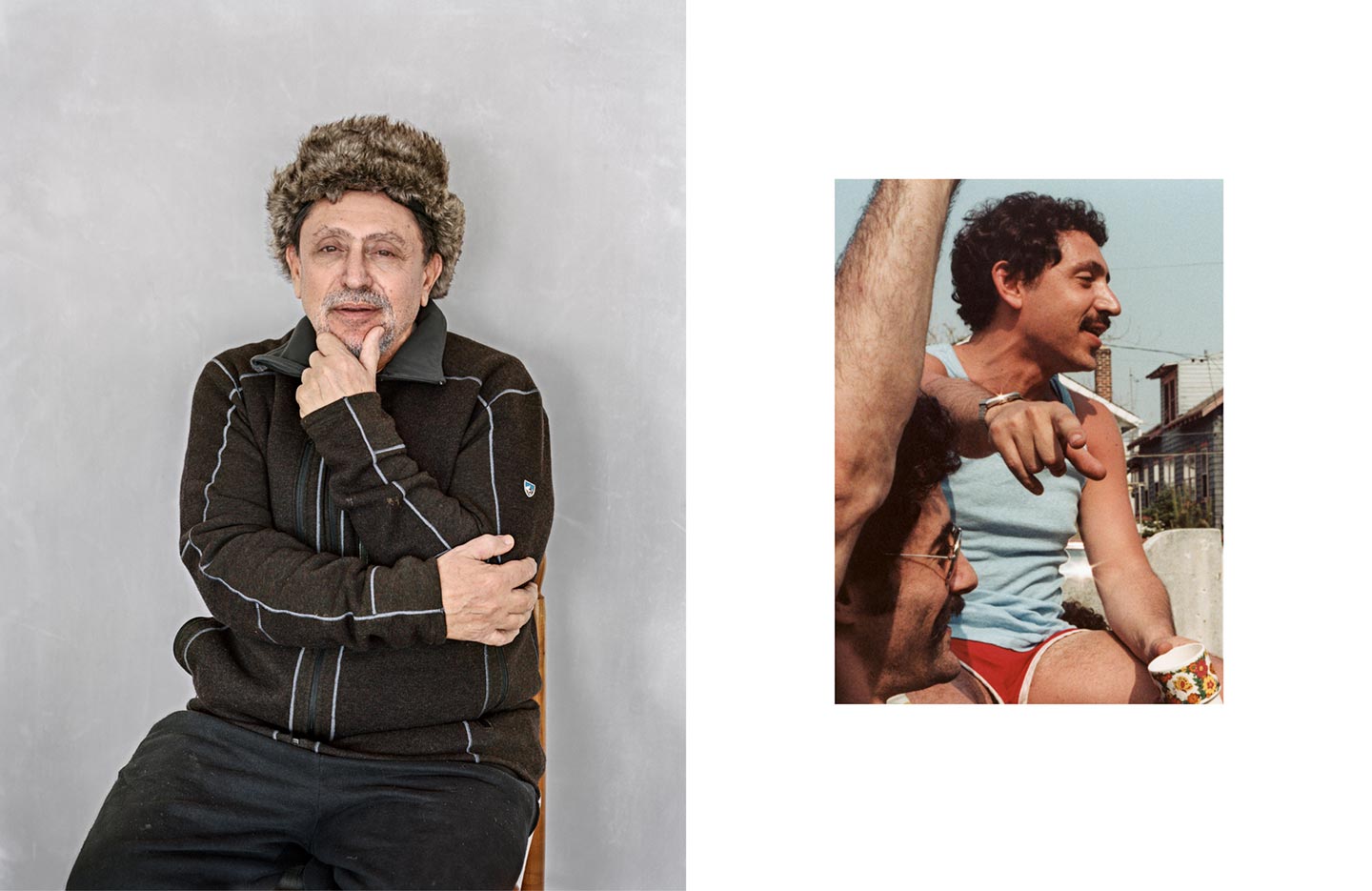 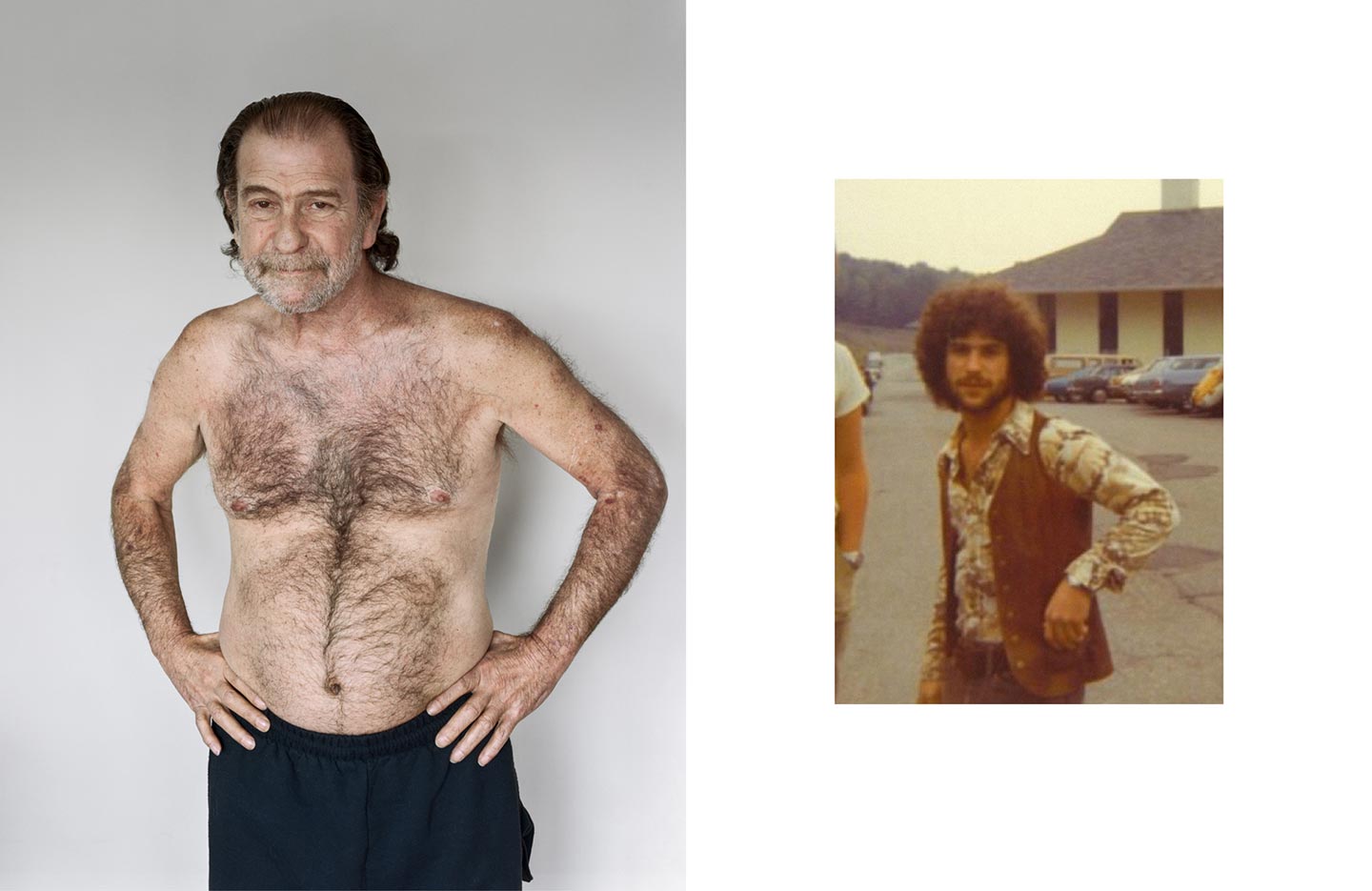 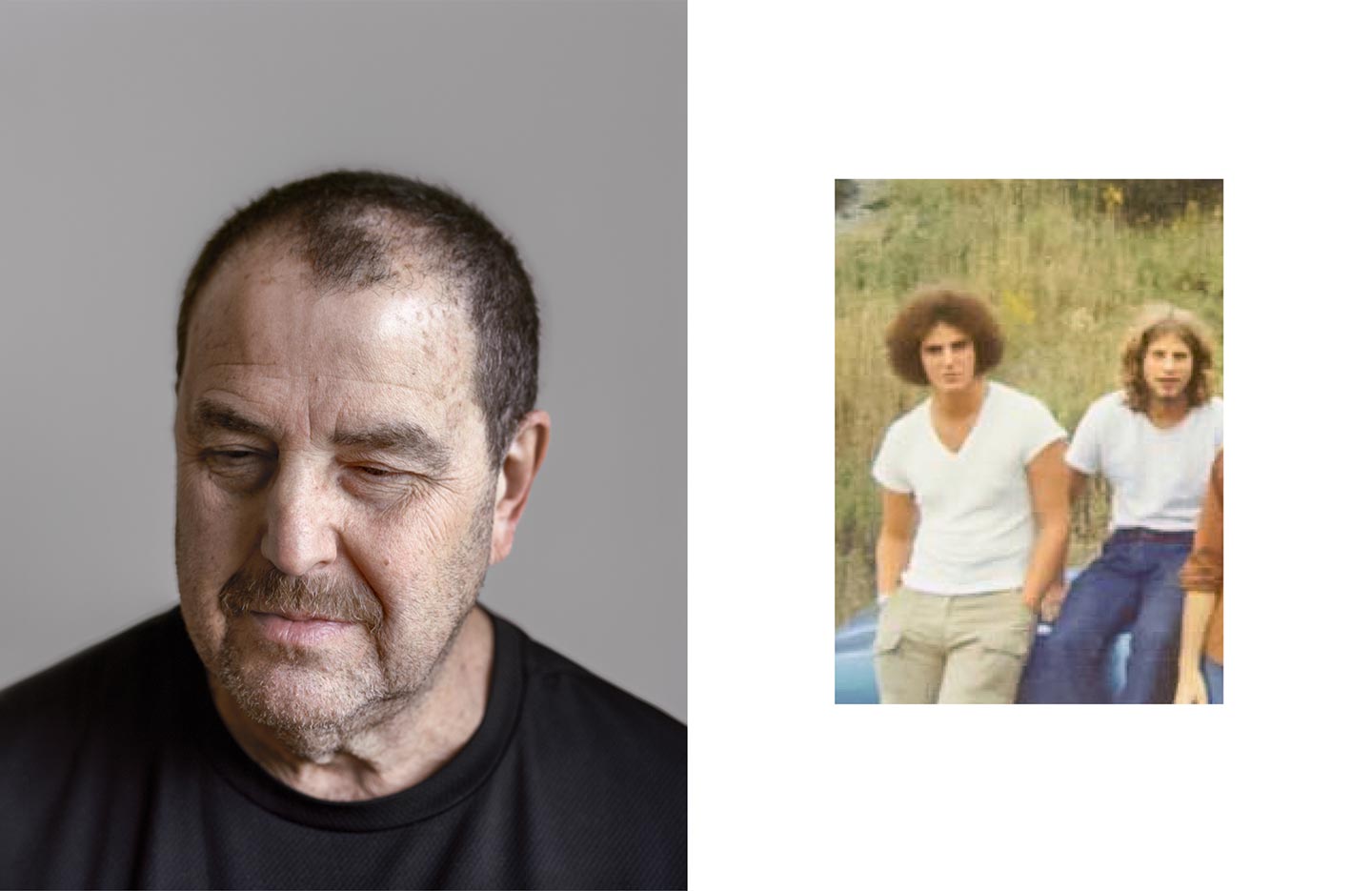 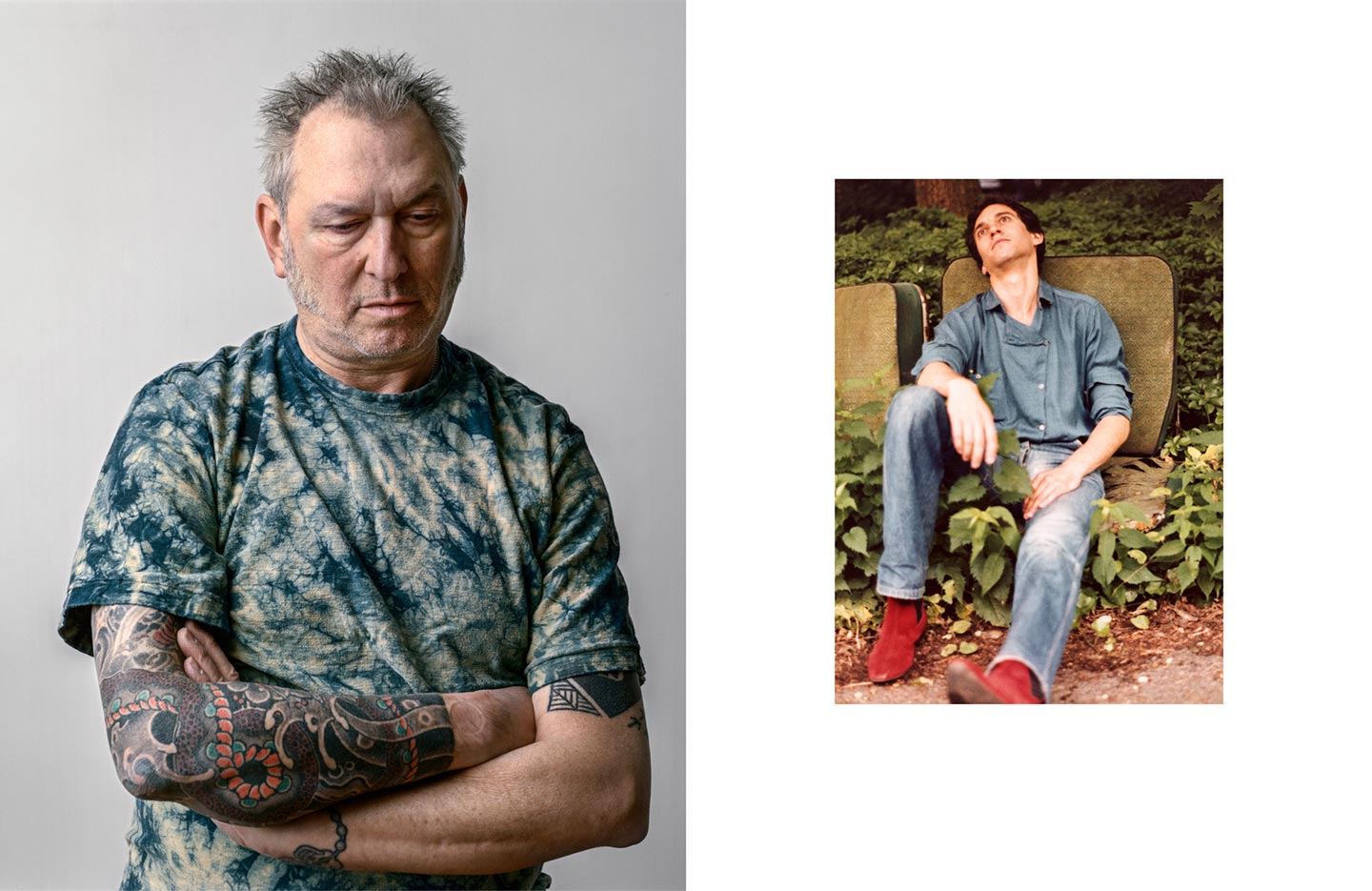 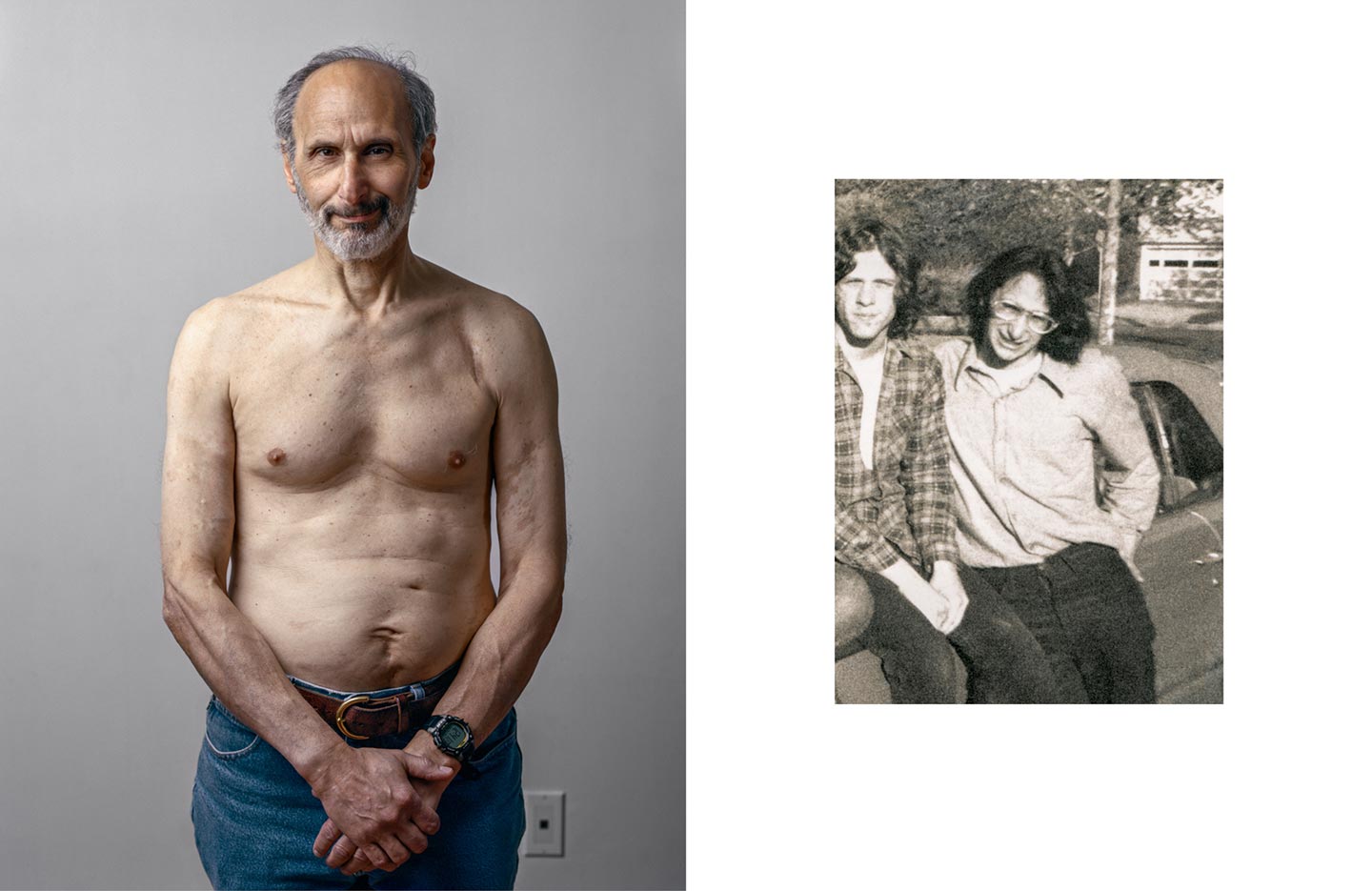 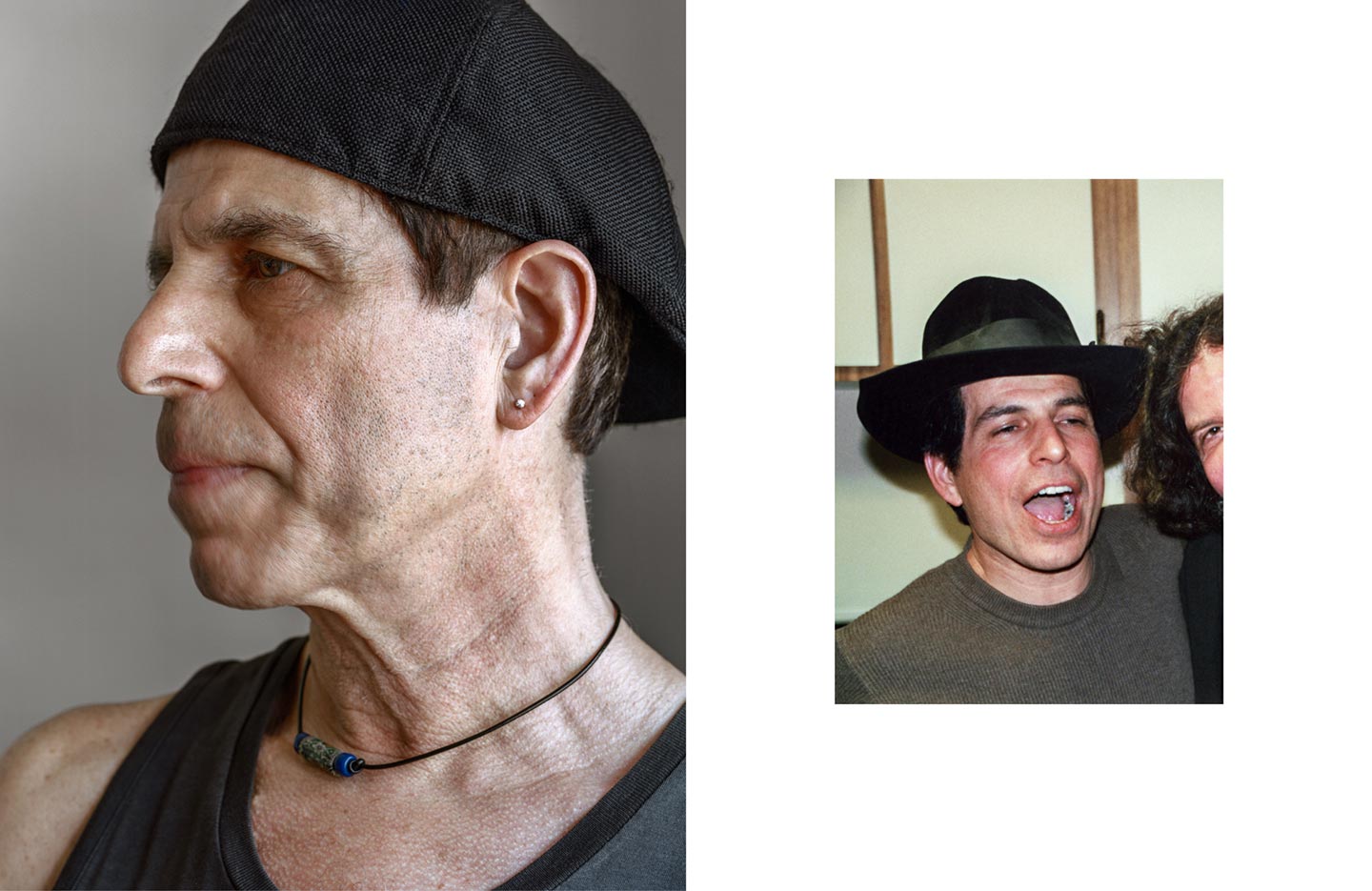 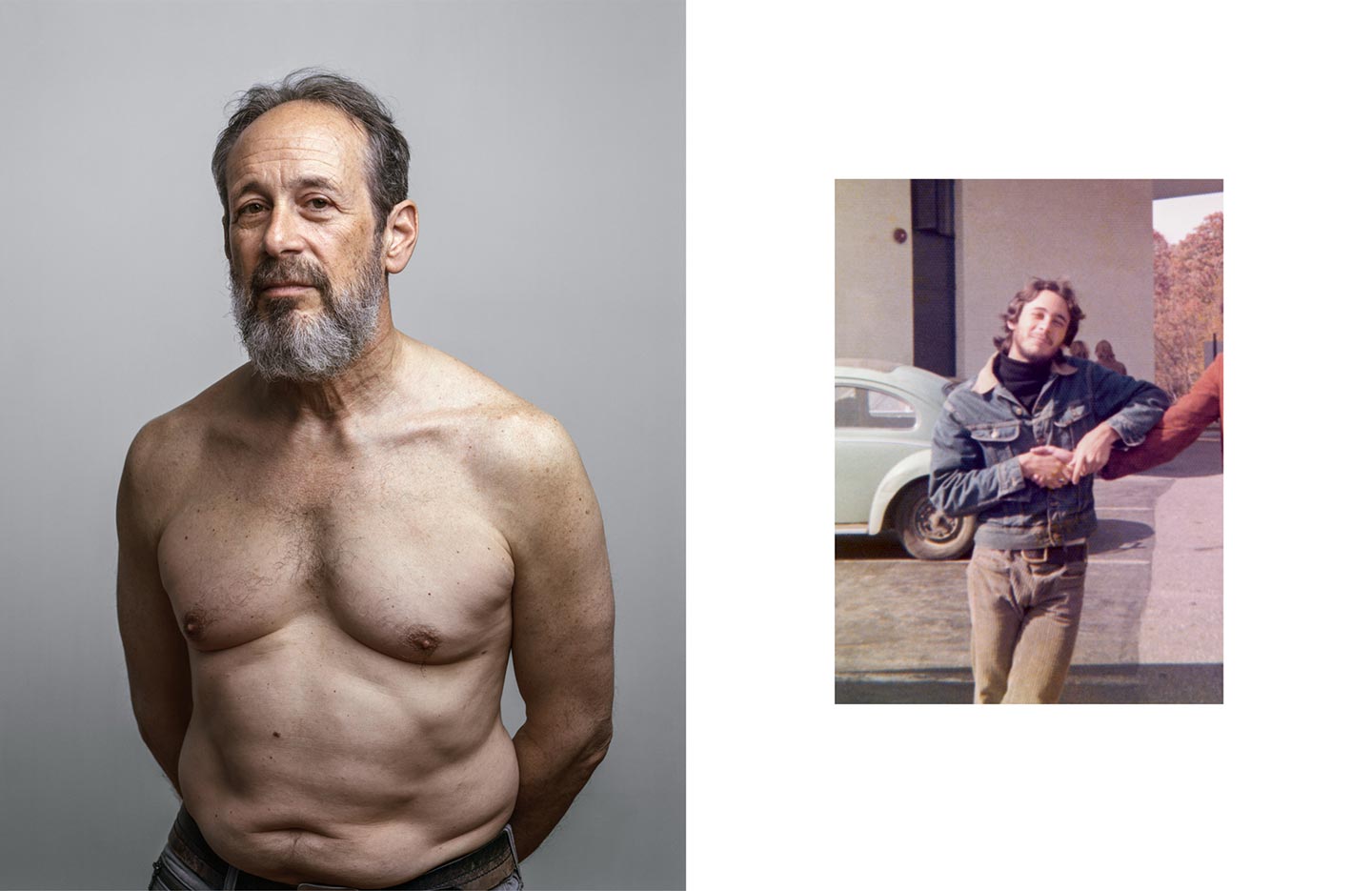 The Boys by 65 year-old American photographer Rick Schatzberg is a series of portraits that Rick has been taking of his closest friends—men he has known since his childhood. The work started when Jon and Eddie, two of these friends, died unexpectedly a few years ago: ever since, Rick started to photograph his remaining friends as they look today, and juxtaposing their portraits with vintage photos of them when they were young.

“I made a lot of portraits before I arrived at the approach I ultimately used” Rick remembers. “First, I made environmental portraits, posing my subjects amidst details of their neighborhoods, homes, or yards. I made group portraits in various combinations. I shot in black and white as well as color. I made candid images with a medium format, hand-held film camera and a full-frame digital camera. While some of these photographs were pretty good, I wasn’t convinced they would tell the story I had in mind. Only when I decided to incorporate old snapshots from friends’ albums did it occur to me it might be effective to make a series of formal portraits (which I eventually shot with a 4×5 view camera using color film) where the subjects, including myself, were all treated more or less the same way. The idea was to remove most visual context and give the viewer little more to look at than faces and bare torsos of singular, aging men. Juxtaposing these images with the casual snapshots of youth is literally picturing time. If the intimacy of the time-worn bodies in the portraits makes the viewer feel awkward, so much the better.”

The work is so personal that Rick felt many things during the two years that he worked on it: “I wanted to make photographs that were loving and intimate, but they also had to be unflinching, remorseless. I was fixated on mortality, the bedrock of our biology. Death is inevitable, but we often live as if it is something that just happens to unlucky people. I hoped that juxtaposing young and older versions of each subject would provide the jolt that bypasses intellect, to remind me or the viewer that no one is exempt. Another emotional response I had was an even greater appreciation for the strength of love and comradery amongst these men. For these repeated photo sessions, I counted on their trust and generosity, which were offered in such abundance it still surprises and humbles me. I spent more time with a few of these guys than I had in many years, and I felt a renewal of the bonds that drew me to them all. Several told me things during our sessions I hadn’t known and was amazed to learn. Other times, the surprise came from our picking up the thread of a conversation begun years ago, as though no time had passed.”

The Boys is Rick’s first series of portraits: “With respect to portraiture, I had to think about the idea of the photographic series. This was new for me. Conceived with comparability in mind, in a series the single image is not renounced, but it is de-emphasized. No one person can represent the group; they are each facets of a larger subject. To understand this better I spent time studying the work of Rineke Dijkstra, Judith Joy Ross, Thomas Ruff, August Sander, and others, all masters of the medium. Photobooks also served as important references for my work, and three in particular stand out as touchstones: Larry Sultan’s Pictures from Home; Joshua Lutz’s Hesitating Beauty; Richard Renaldi’s I Want Your Love. Each book mixes vintage and contemporary photographs and uses text throughout. Aside from having those formal elements in common, to me these photobooks are distinct forms of memoir. We are using the medium to tell deeply personal stories, to describe the struggle of coming to terms with something difficult.”

“The Boys is obviously very personal work,” Rick remarks. “The men and their locale are products of post-war American suburban culture, and I am one of its subjects. In this regard, the work is radically specific. However, in mining the material of friendship, time, memory, and loss—and in forecasting our deaths—it is radically universal. My hope is that The Boys will remind viewers of things they already feel deeply and that are worth remembering.”

Rick jokes that “the reason I make pictures is to get off the couch! This is only a slight exaggeration: I tend to spend way too much time at my computer reading, writing, looking, thinking. Photography for me is a way not only of getting out of the house, but of getting out of myself, to engage with a world I often feel alienated from. In making photographs, I am excited by the interplay between premeditation and chance. Lee Friedlander said, “You don’t have to go looking for pictures. The material is generous. You go out and the pictures are staring at you.” You can have all sorts of ideas about what you want to photograph, but to forget yourself and be in the moment means you are also open to the unforeseen. To record whatever is before the camera treats stray, insignificant details as though they were equivalent to the main thing you set about to photograph. I am interested in how to make meaning in a medium that is so prone to chance.”

Although he has always been interested in photography, he didn’t start taking pictures until he was in his mid-fifties: “There are challenges setting out on a path like this relatively late in life, but I also have a lifetime of experience to draw upon.” Music is one of his greatest inspirations: “Cecil Taylor, the late great jazz musician in whose jazz orchestra I played French horn for two years as a young man, taught me how to really listen to music; how new artistic expression evolves from traditional forms both incrementally and in quantum leaps; about the synthesis of wildly different inputs to make something new and powerful; and about the dedication it takes to accomplish anything worthwhile.” He is also influenced by poetry and literature, and “by lessons learned the hard way in a 30-year business career. For all the differences between business and art, there is this in common: figuring out how to recover and bounce back from failure, but also from success.”

Some of his favorite contemporary photographers are Alec Soth, Andrea Modica, Mary Frey, Lee Friedlander, Robert Adams, Raymond Meeks, Mark Steinmetz, Judith Joy Ross, Ute Mahler, Sally Mann, Jim Goldberg, Julia Pontés, Gregory Halpern and many more. The last photobook he bought was Real Life Dramas by Mary Frey, and the next he’d like to buy is I Walk Towards the Sun Which is Always Going Down by Alan Huck.