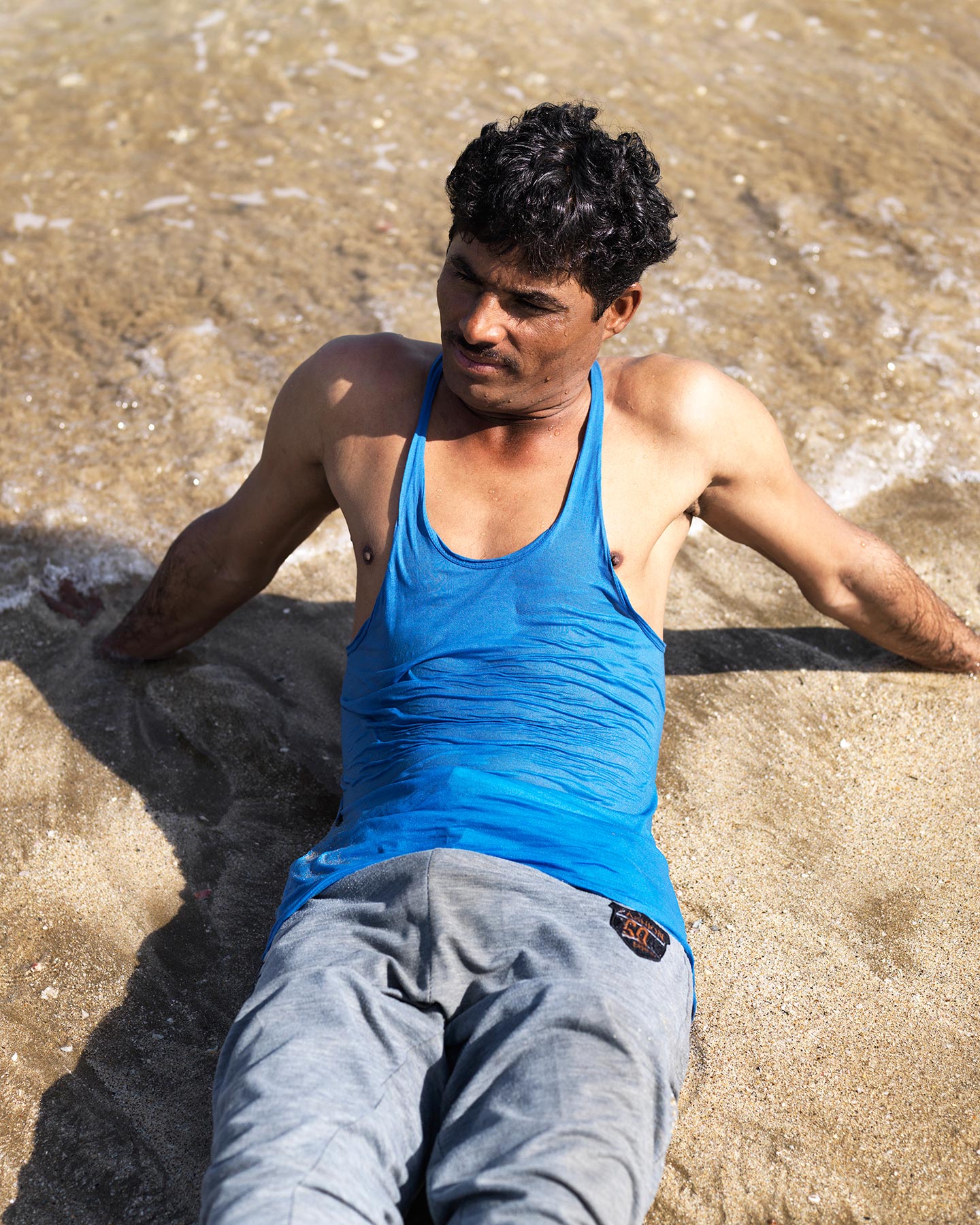 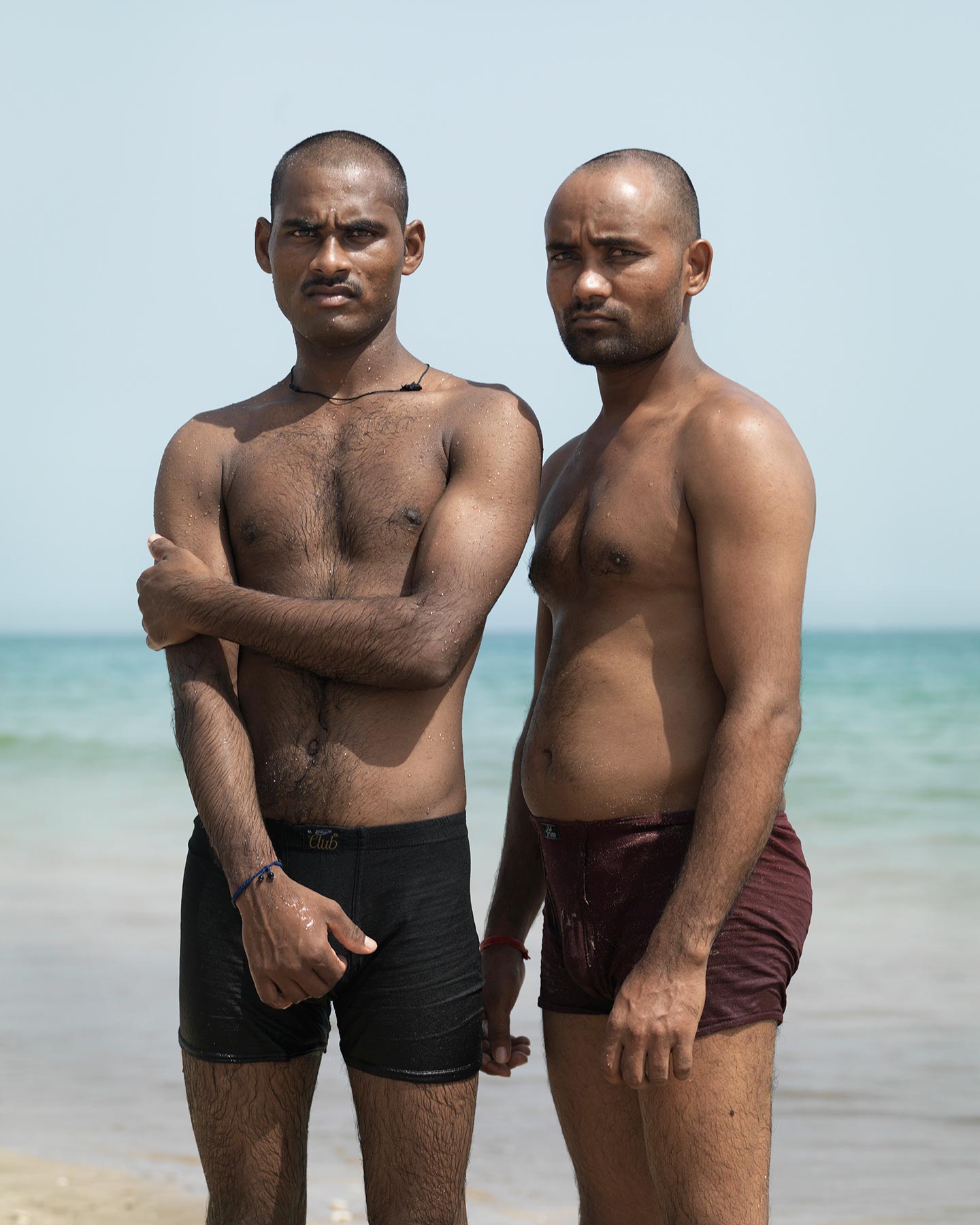 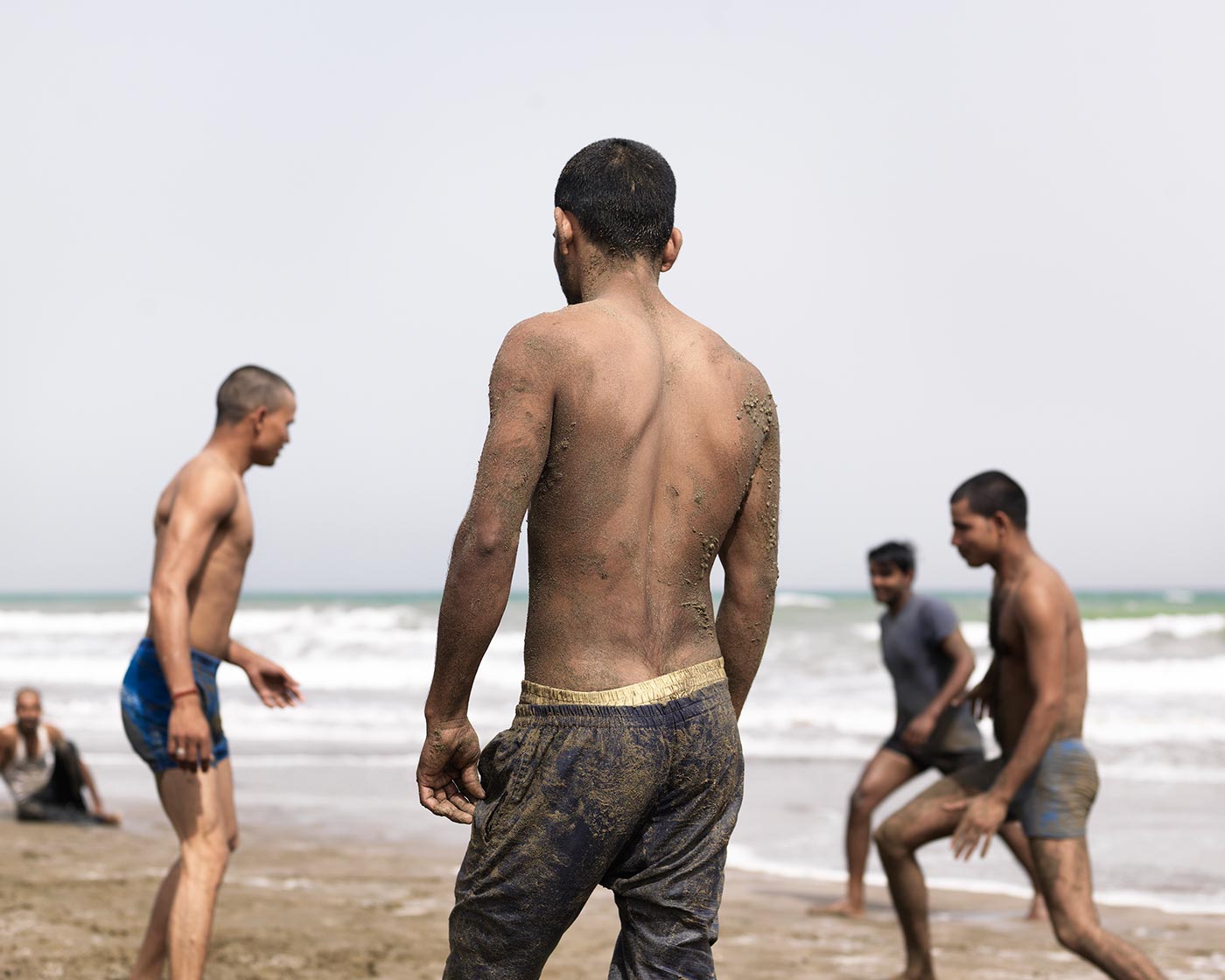 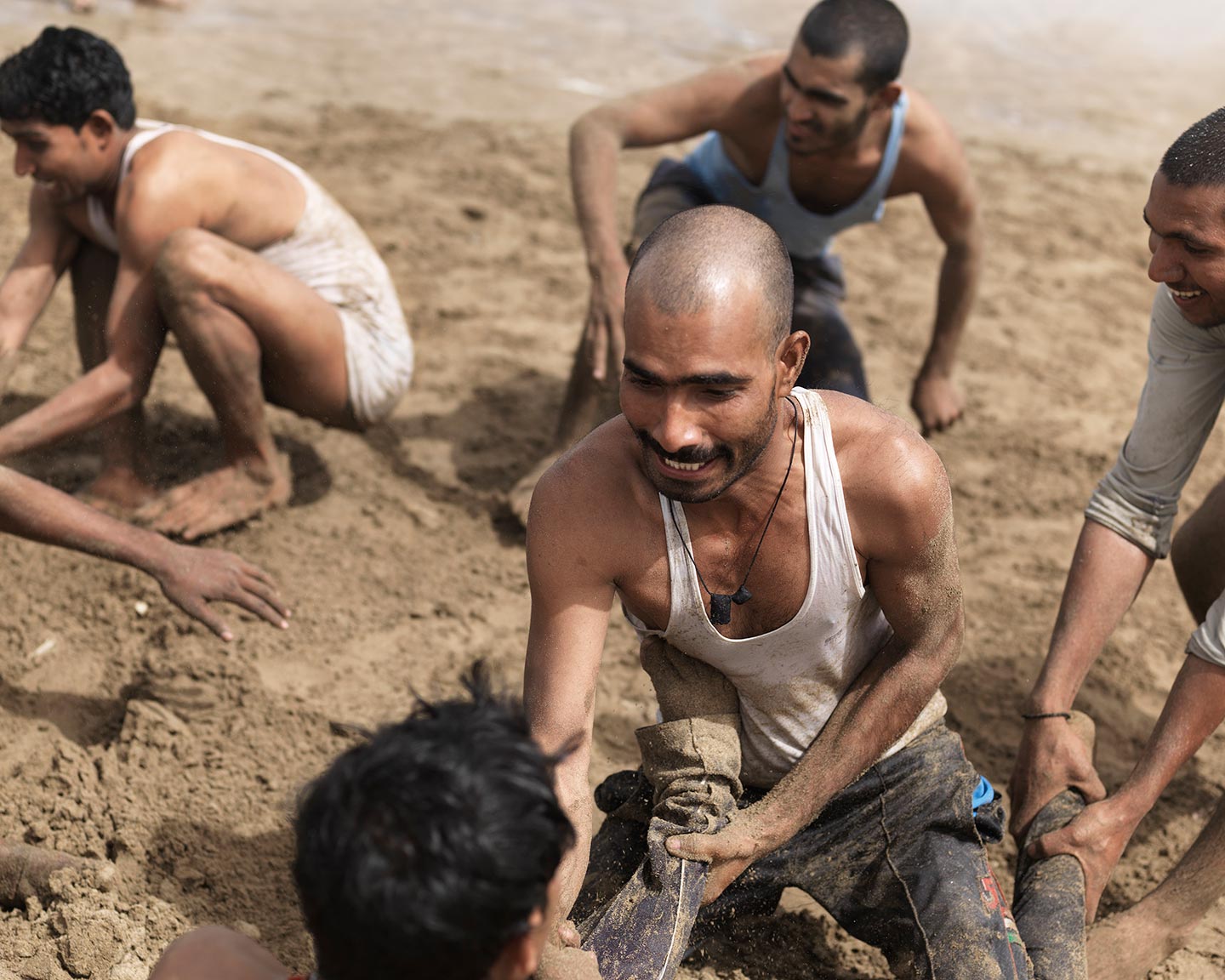 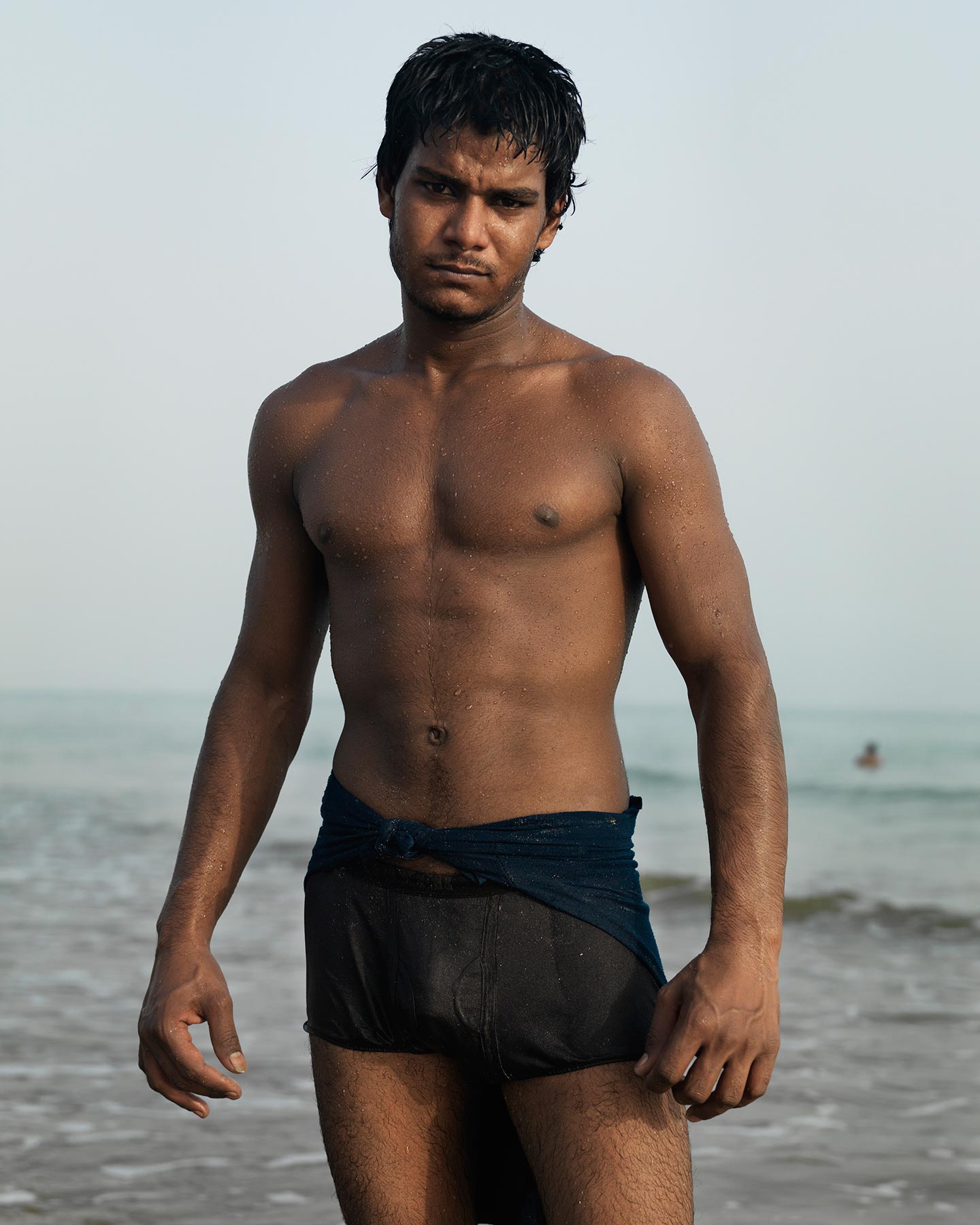 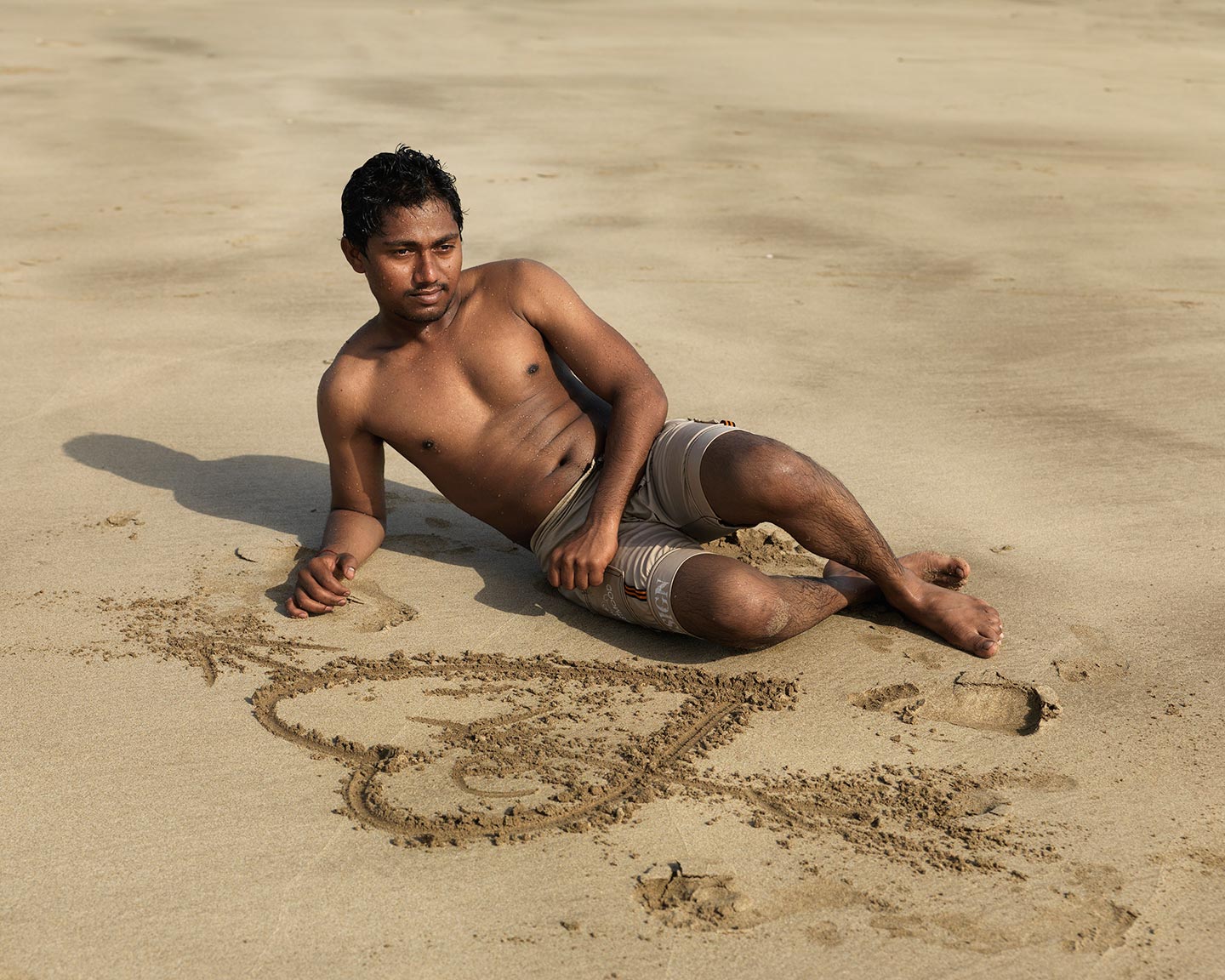 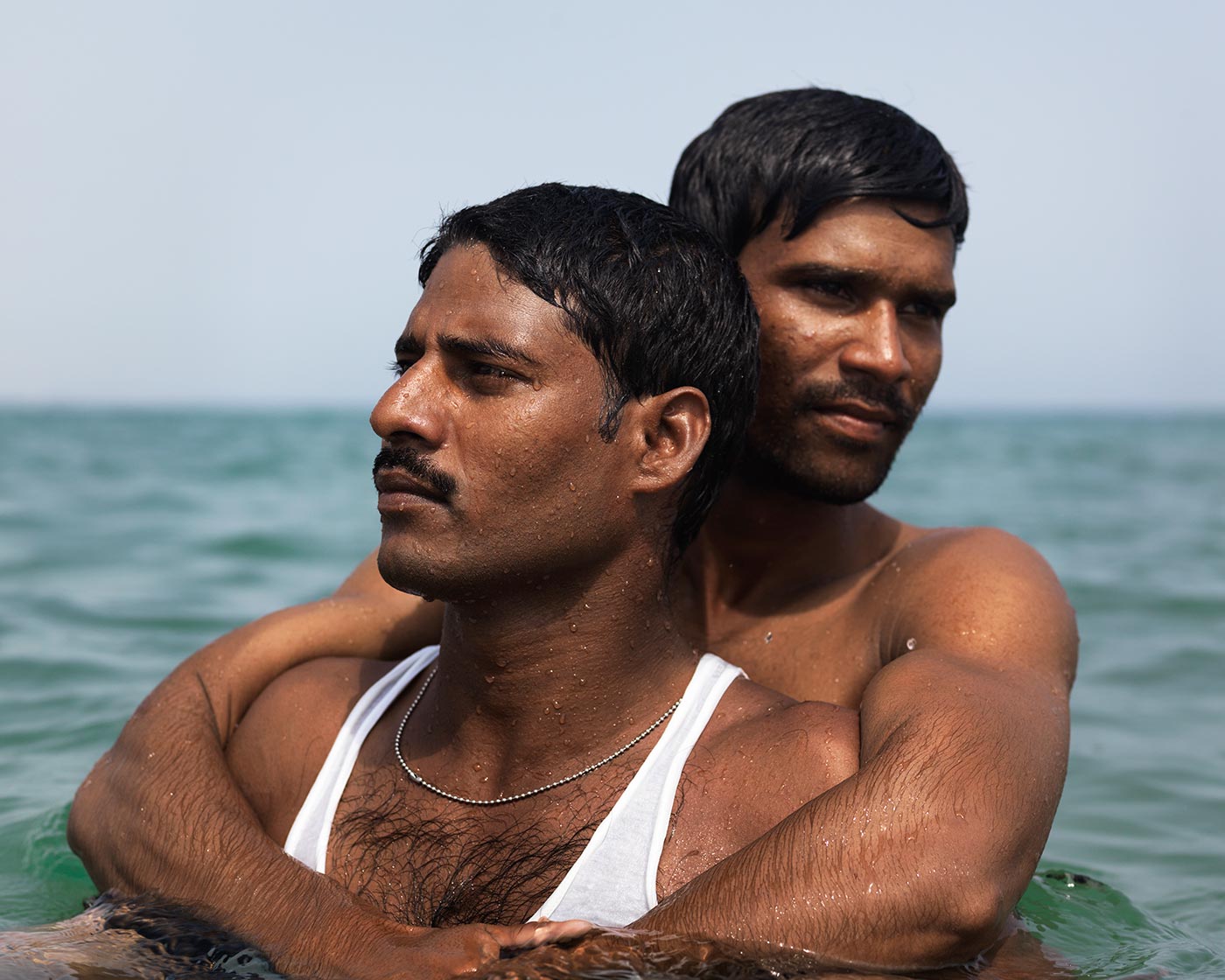 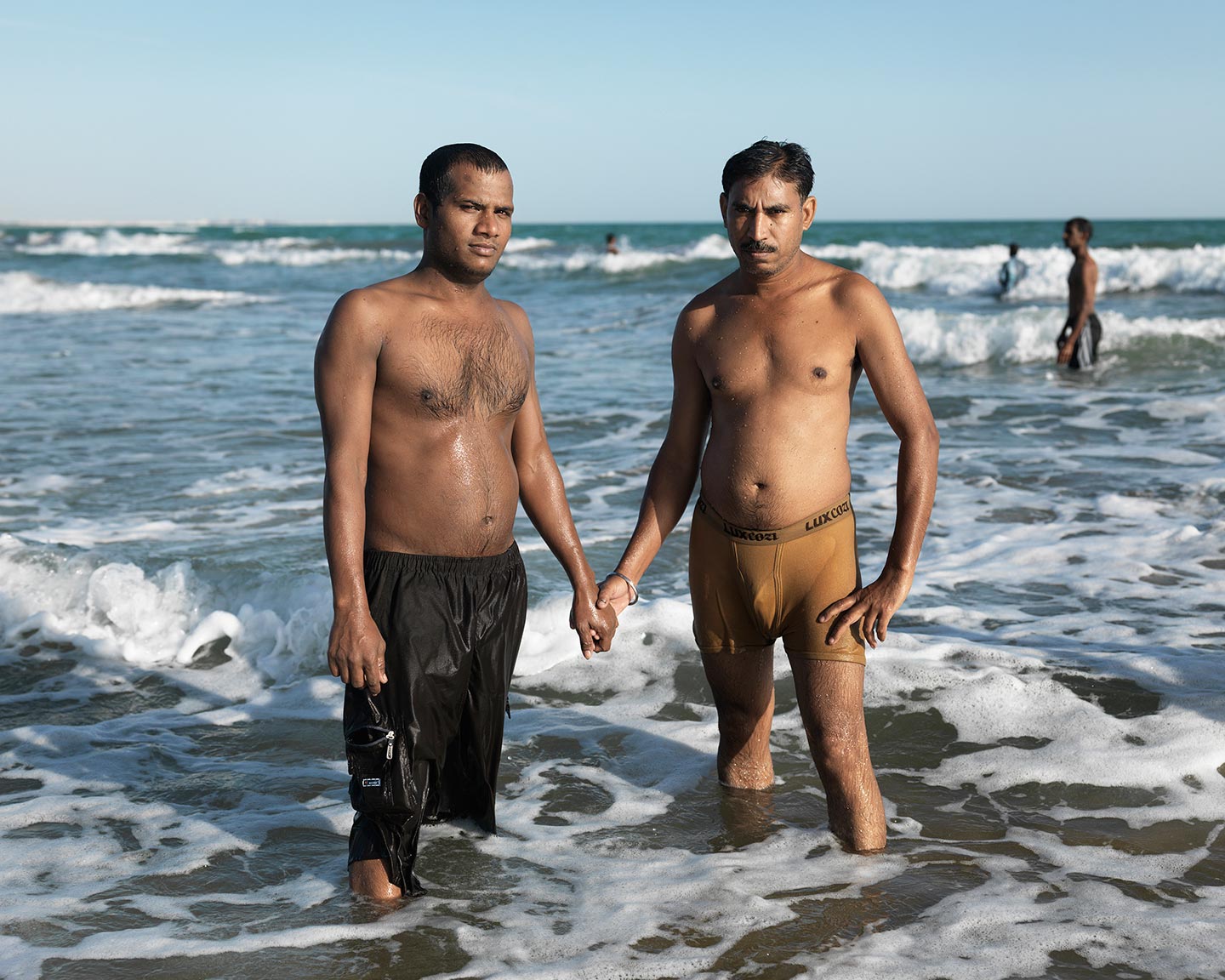 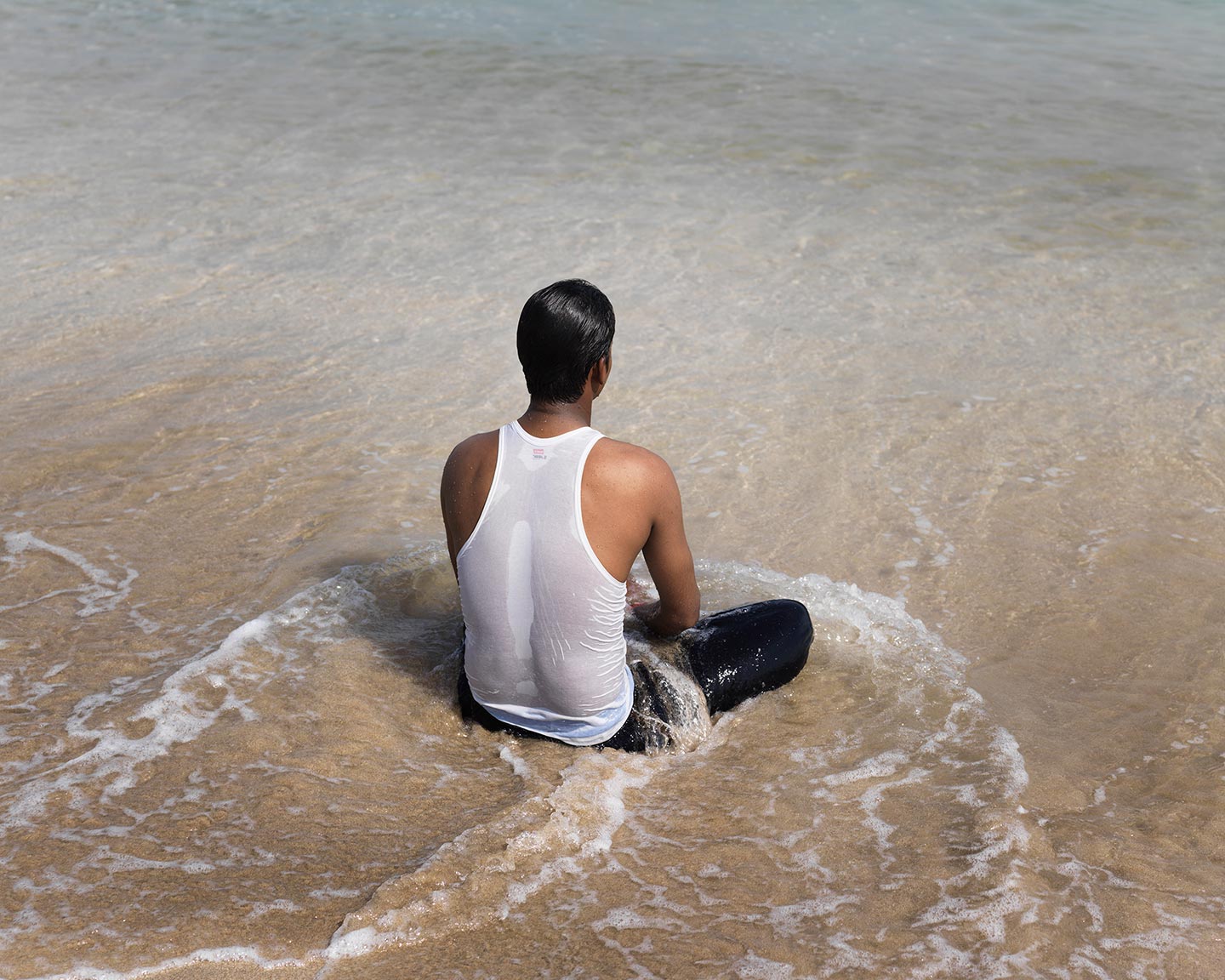 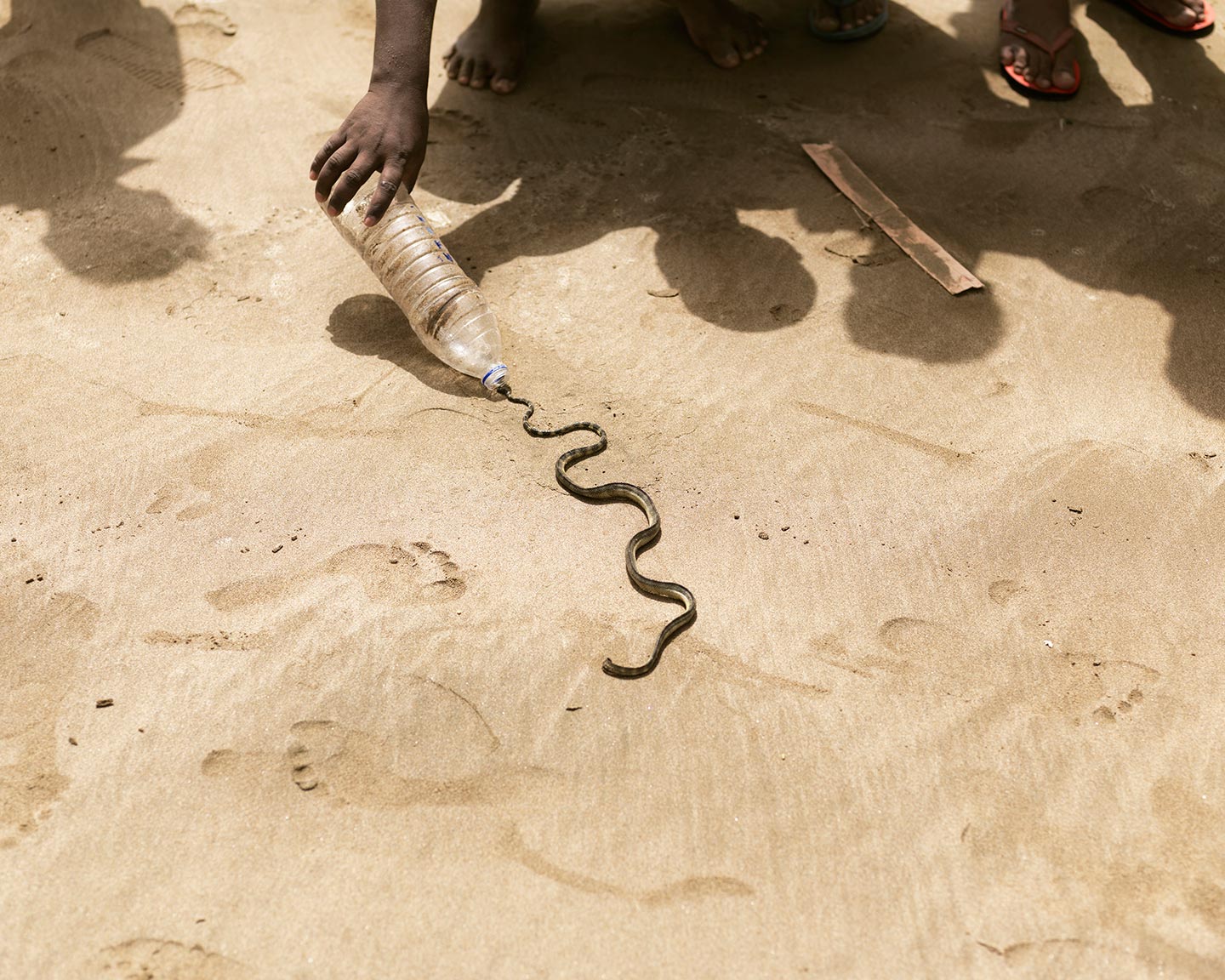 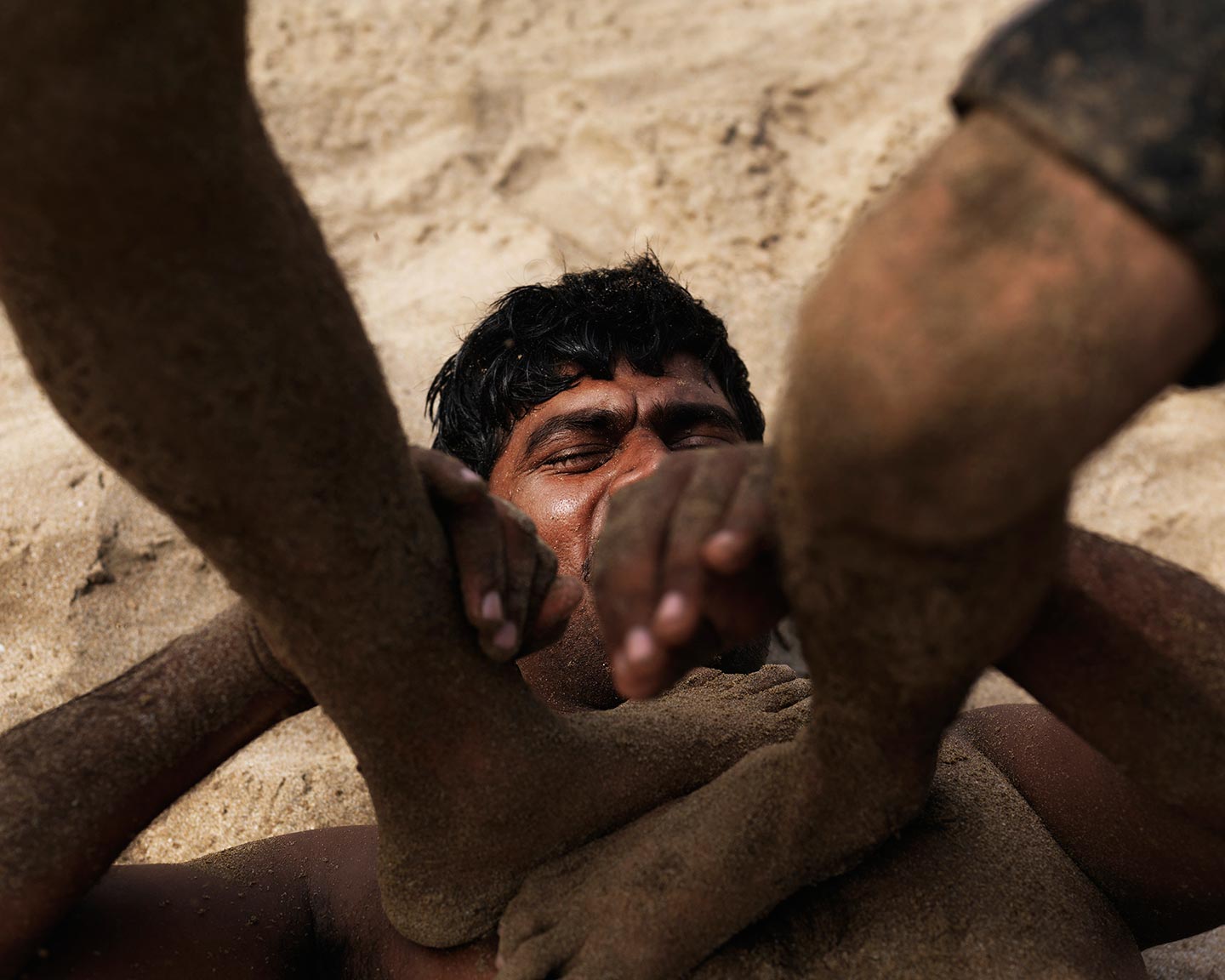 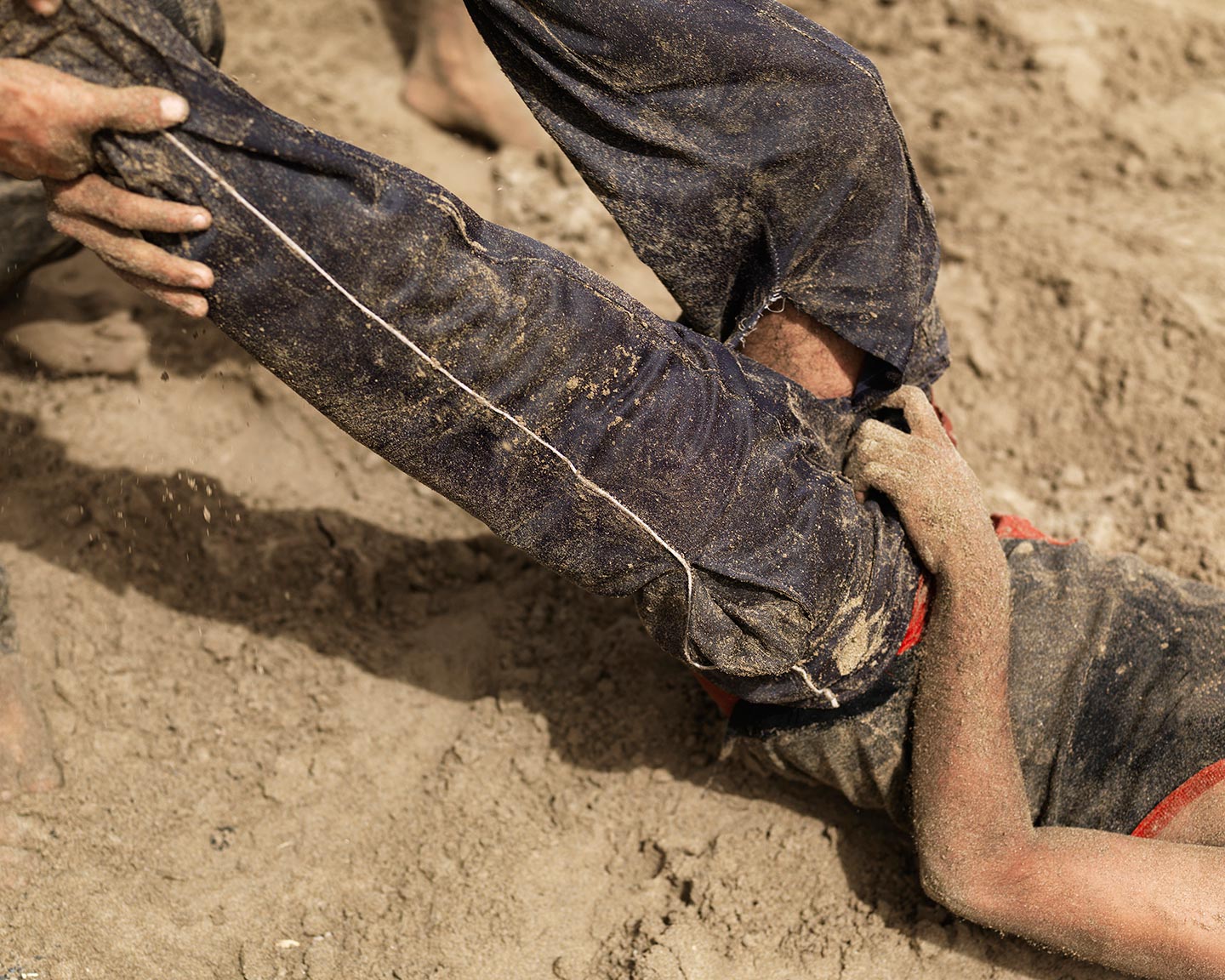 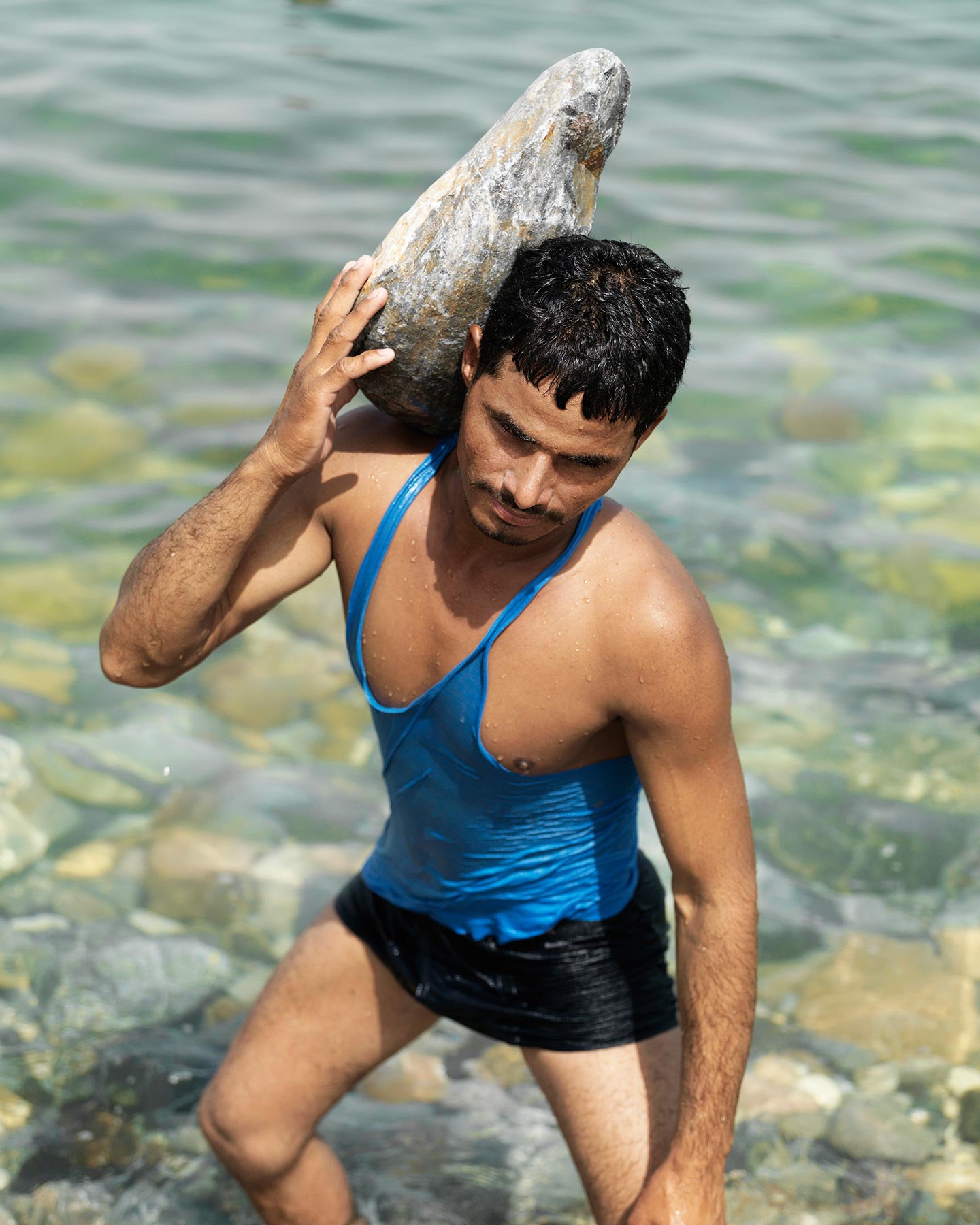 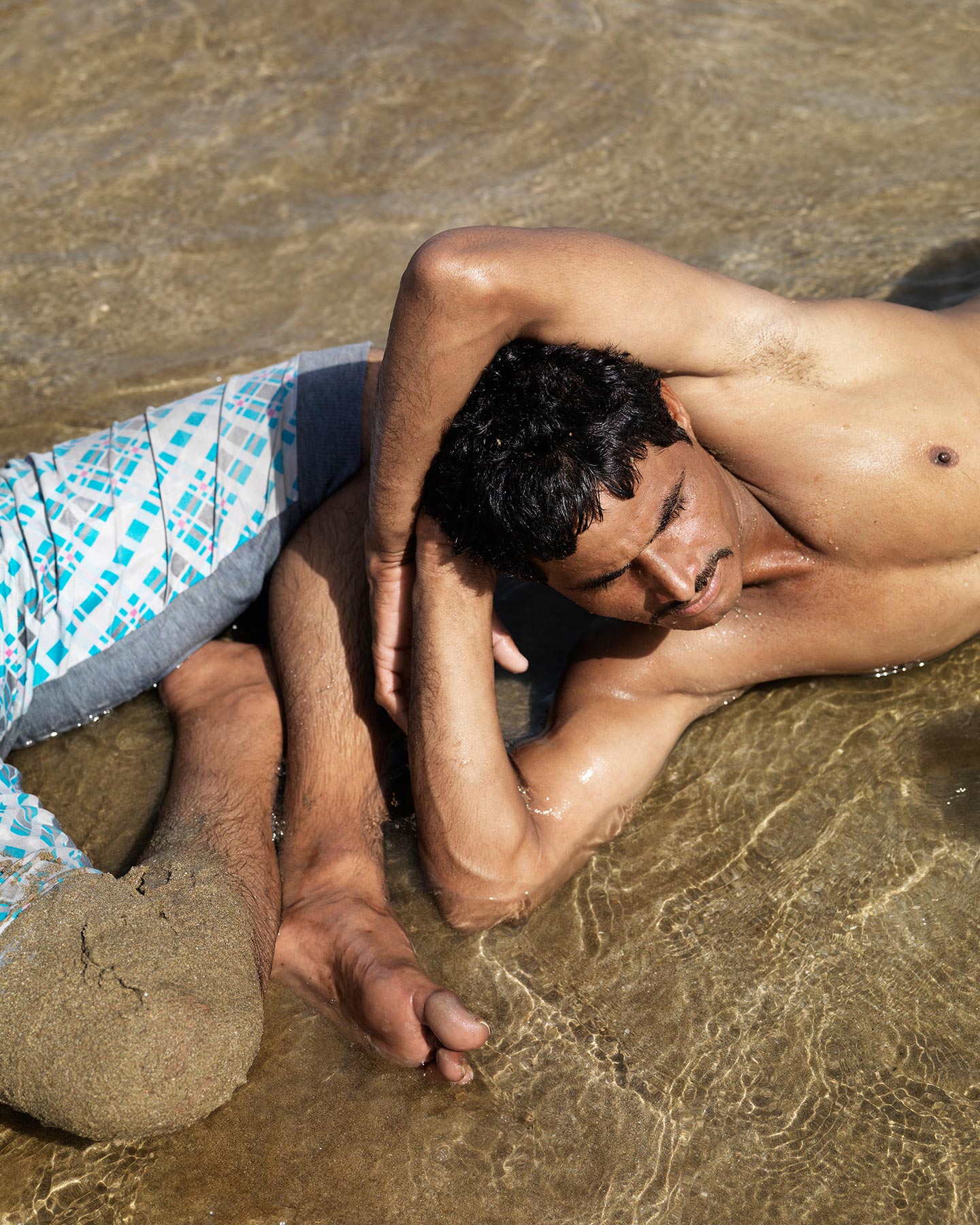 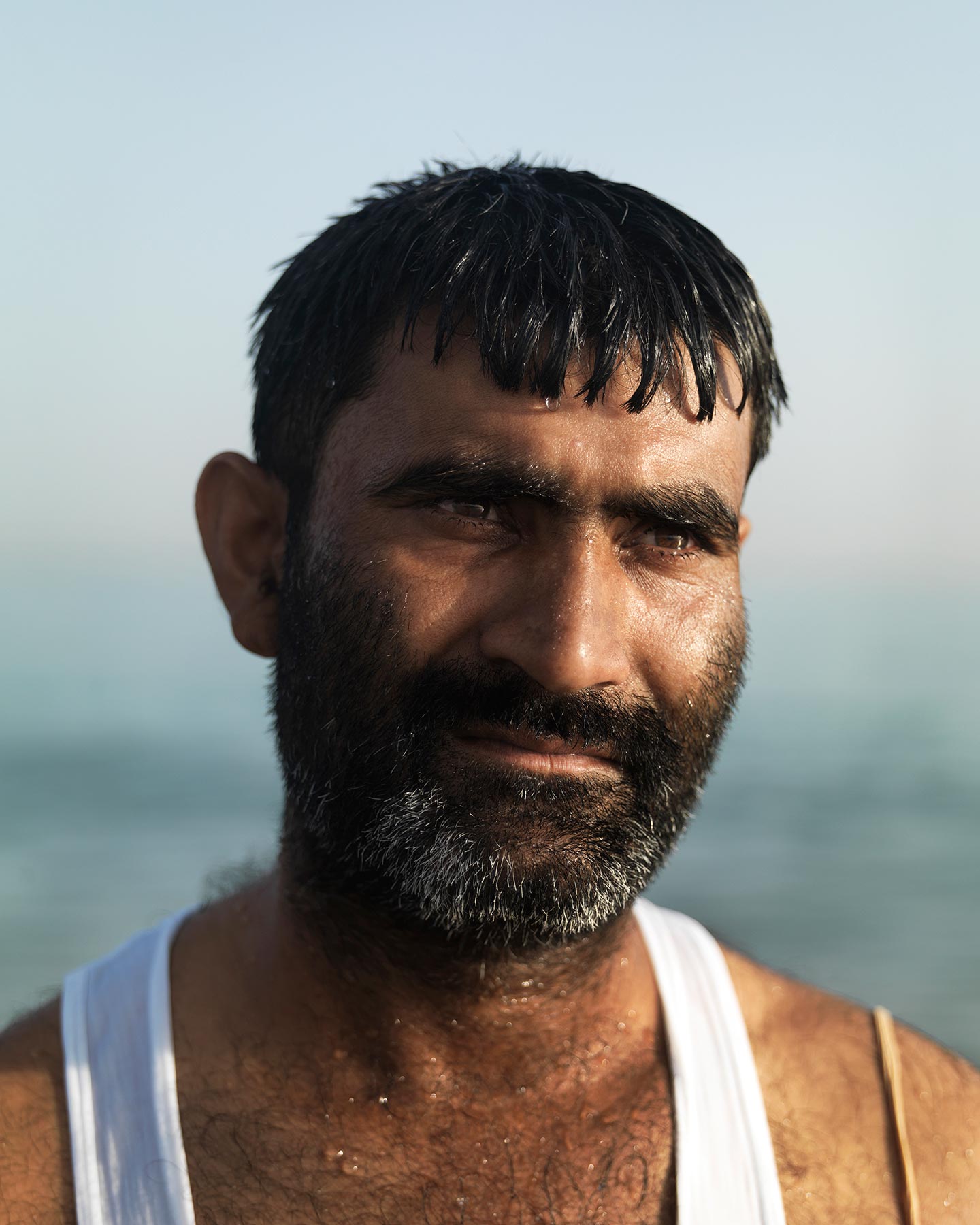 For his new project Sun Never Shines—a subjective reportage that premieres today on FotoRoom—American photographer Ryan Debolski spent time with a group of migrant workers who regularly blow off some steam on the beaches of Oman, where they are currently based. These men—foreigners in a foreign land, working hard far away from their homes and families—often have only each other as a source of human warmth.

My interests are generally pretty varied. Lately I’ve been thinking a lot about labor, identity, and failure. When it comes to photography, I try to find a way to take something introspective and let it lead me to subject matter that ventures into broader themes, but is still based on a feeling or emotion that resonates with me.

Sun Never Shines is a series of pictures of migrant workers based in Oman. What brought you to Oman, and why did you decide to photograph these workers?

I have a sibling that lives in the Gulf, so I’ve spent time over the last several years visiting the region. Oman is one of my favorite locations for its varied geography and isolation. I always had the desire to do a long term project there at some point in my life. After finishing graduate school, I received a grant to spend a year living there to make a new body of work. Initially, the idea was to do a landscape project but for various reasons it wasn’t working out how I planned. I rented a space within a short distance from the sea and often walked along the beach with my camera. I started noticing groups of men regularly hanging out together in an otherwise empty beach. Eventually, I decided to approach some of them out of curiosity. One thing lead to another and that’s how it all started.

What are the working conditions of the men you photographed, and is the beach a common meeting point for them?

Most of these men lived in work camps adjacent to the beach, so it made sense that it became a meeting place for them while off duty. The camps are large, imposing, and some house thousands of men together. The working conditions are typical for the Gulf, which has a significant migrant worker population. The hours are long, the labor is arduous, and the heat is oppressive. The beach is a place for them to escape all this.

Many of the Sun Never Shines images have a homoerotic vibe to them. Was this something you perceived about the relationship the workers have between each other?

Subtext, whether intentional or not, that arises from photography is really interesting to me. The relationships the workers have with each other, and with myself included, is that of outsiders. They are away from their families for years at a time working under strenuous circumstances. It’s natural to have feelings of loneliness and longing. They found each other in a similar situation and the relationships they formed are personal in that sense. There is beauty in the vagueness of leaving some things unanswered.

Did you have any specific references or sources of inspiration in mind while working on Sun Never Shines?

I didn’t have any specific references in mind. It was a very intuitive process working with the men, and as our relationships got stronger that sort of dictated the direction of the work. I had a copy of Jim Goldberg’s Open See with me that I frequently viewed, but also looked through whichever fashion magazines I could find in bookstores in the Middle East.

How do you hope viewers will react to Sun Never Shines, ideally?

There isn’t one correct answer. When viewing photography, I think we bring our own notions of what we want things to mean and how we chose to react to it. I just try to allow enough space in the work for that exchange to happen.

I’ve been fortunate to work with some great photographers/artists over the years, so my experiences as an assistant have had a strong influence in my own photography.