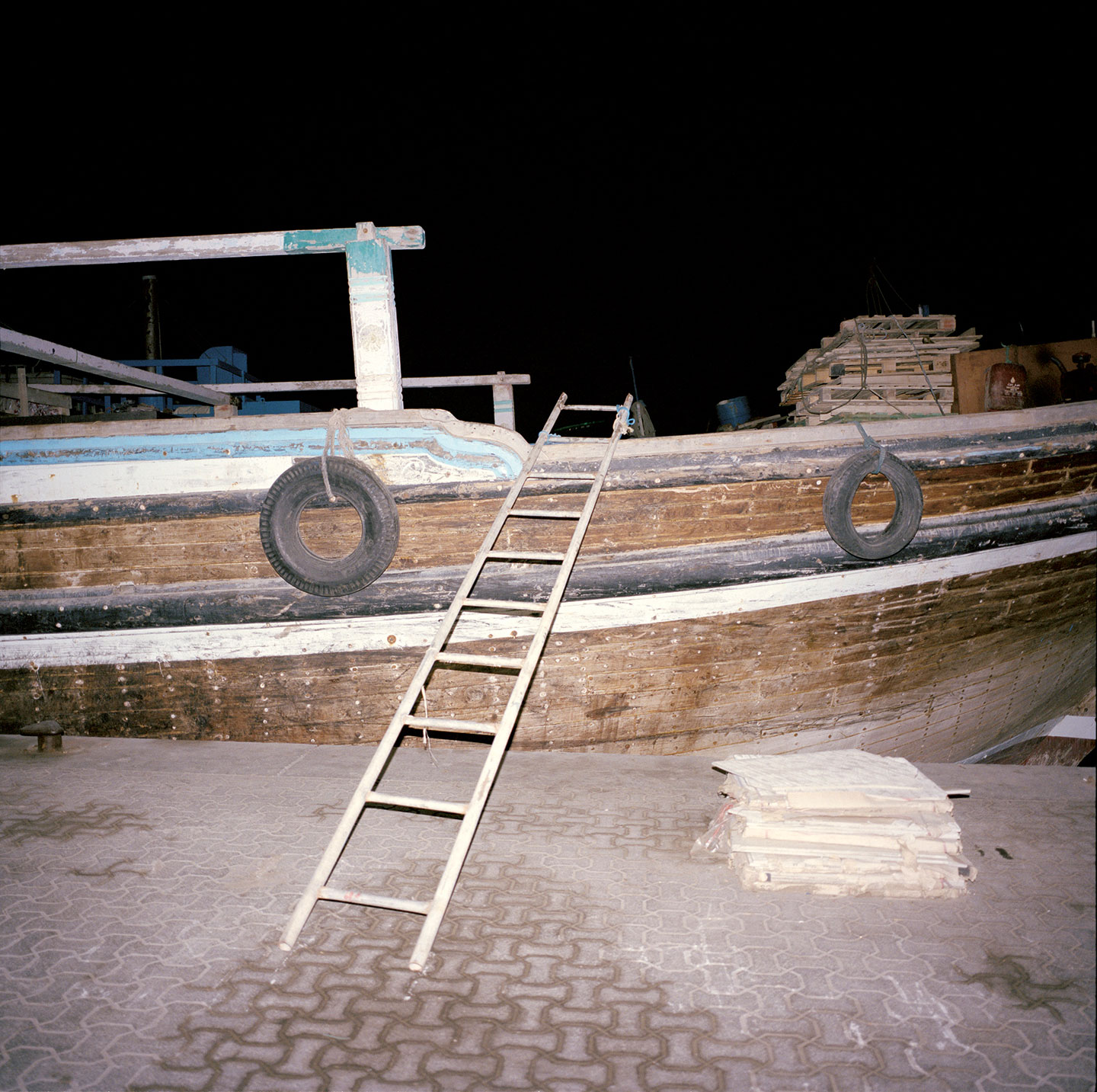 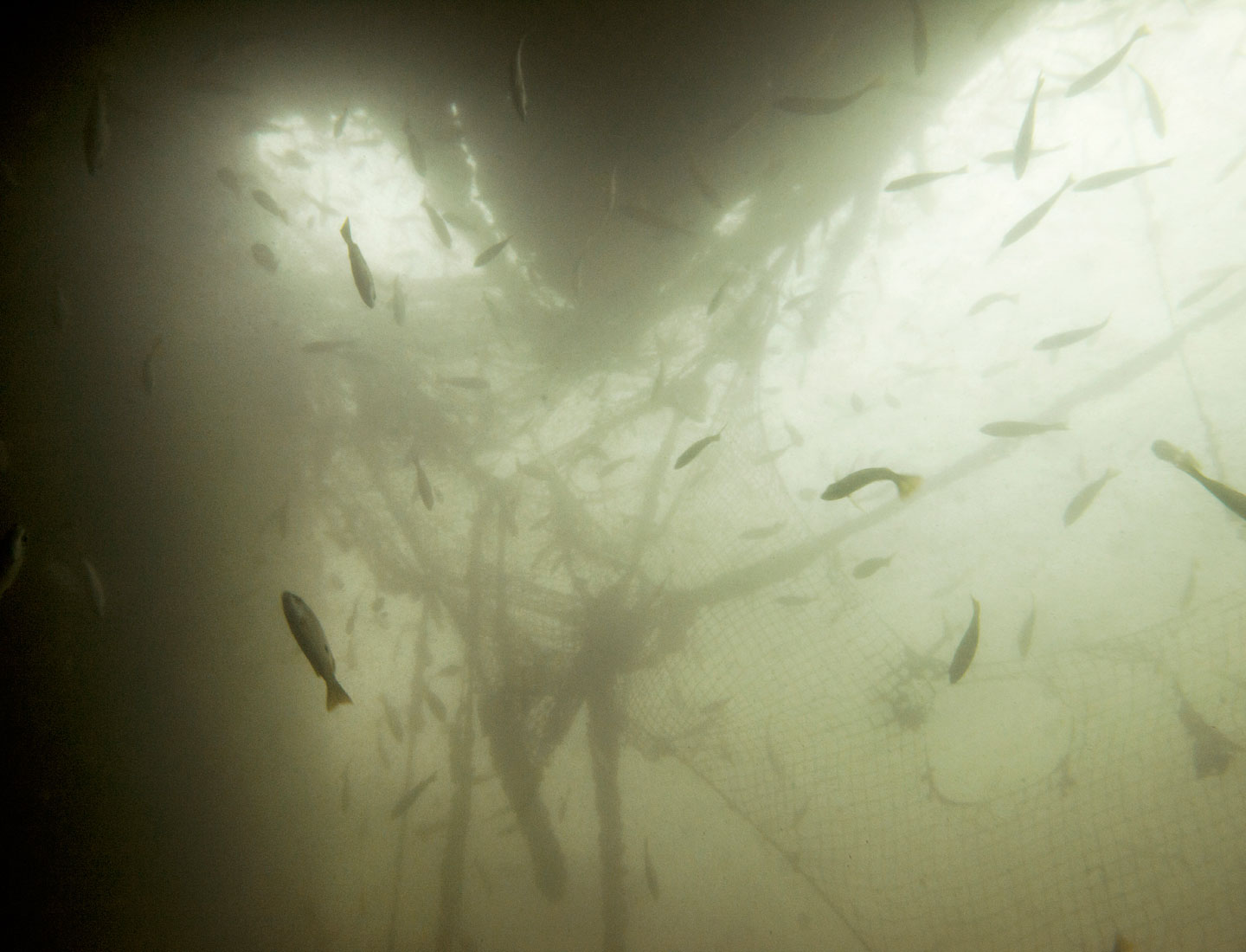 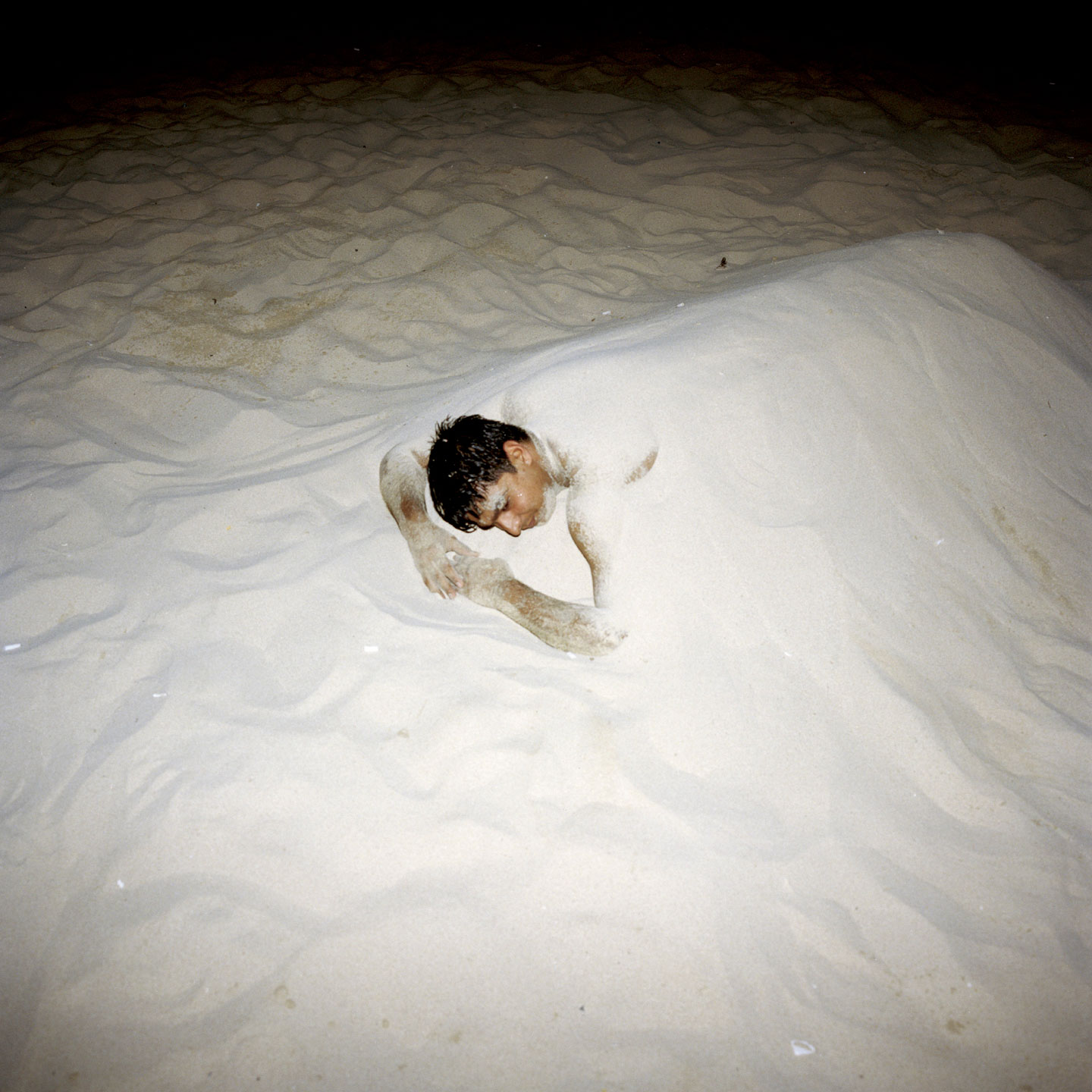 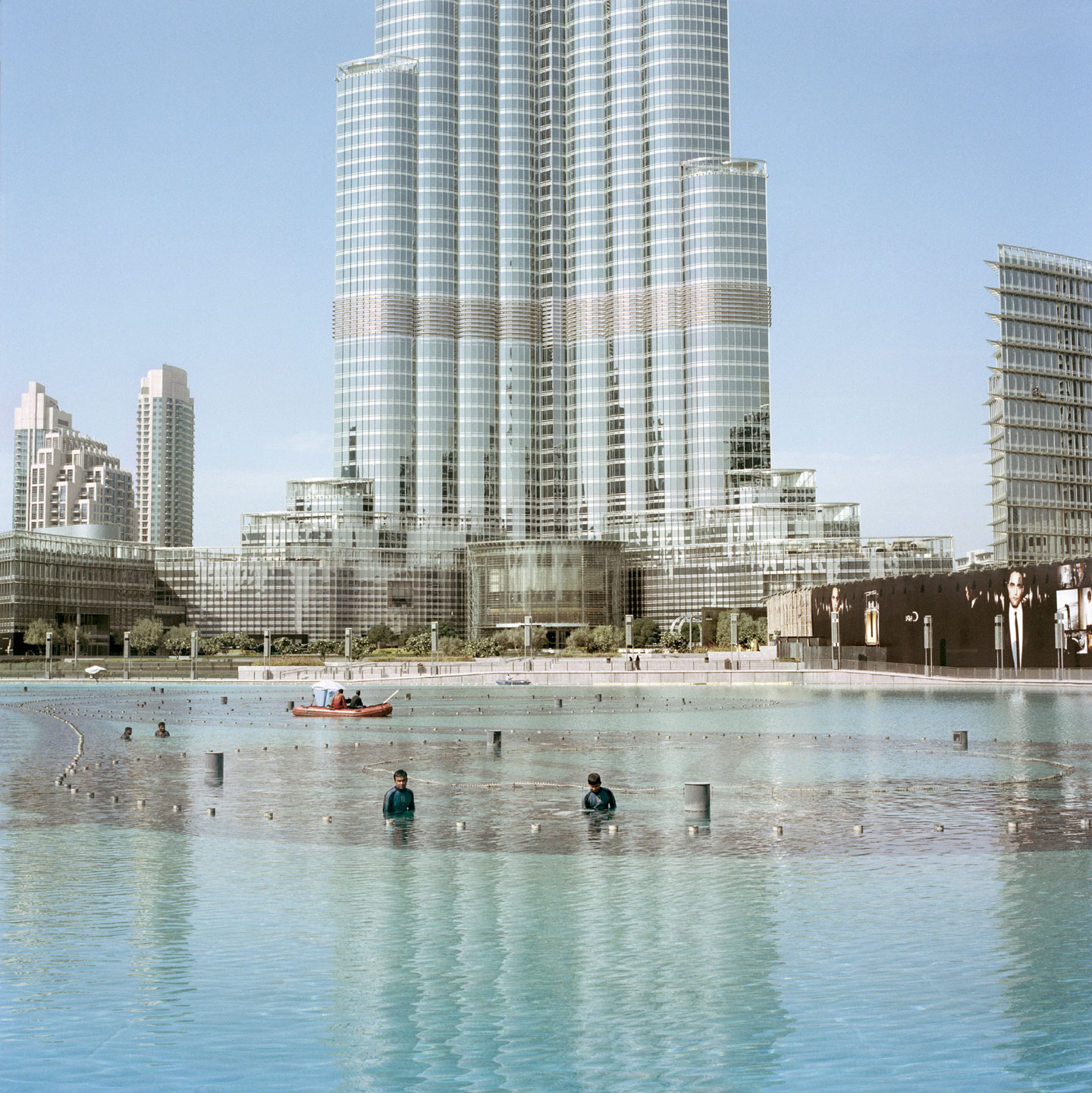 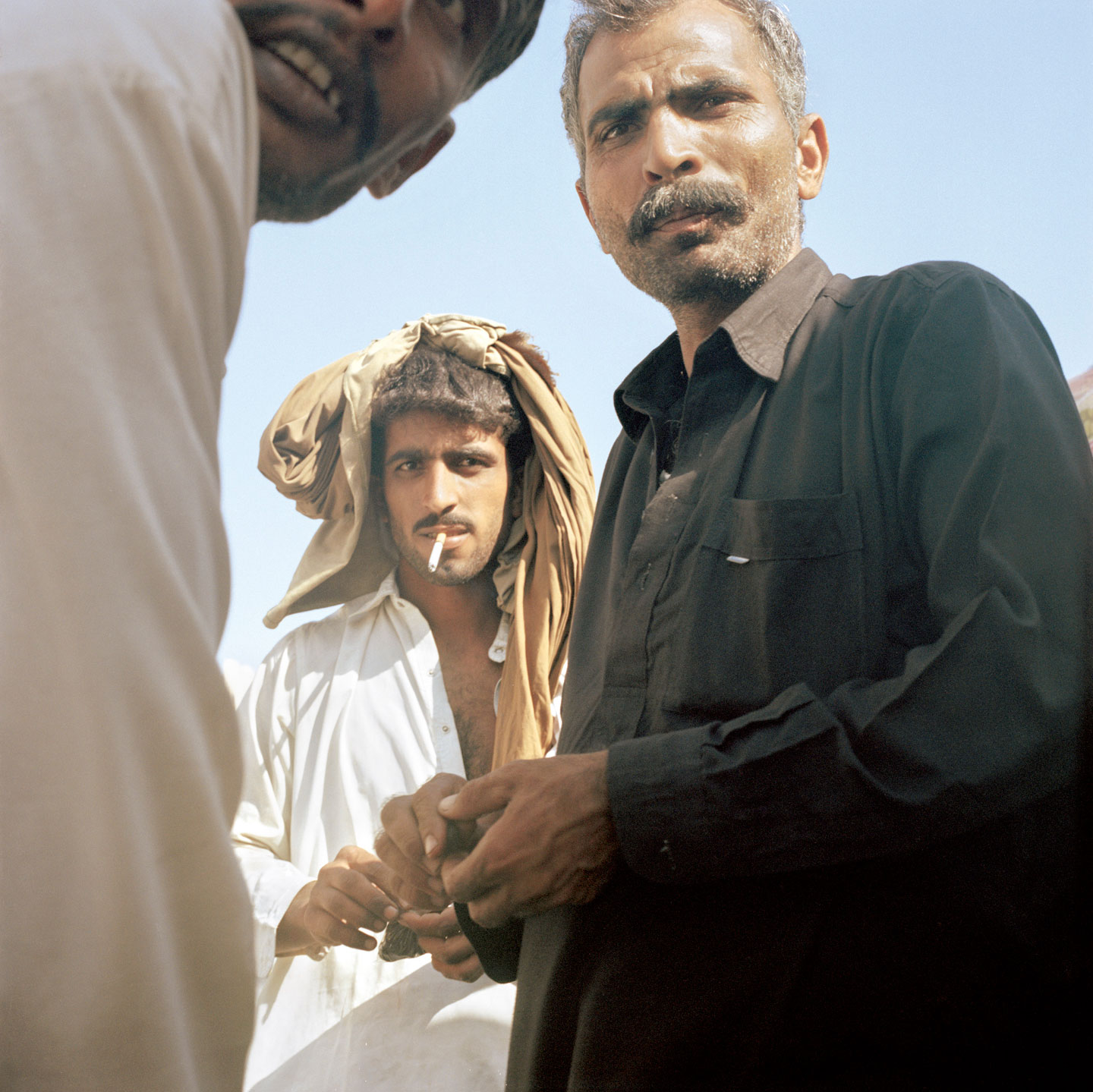 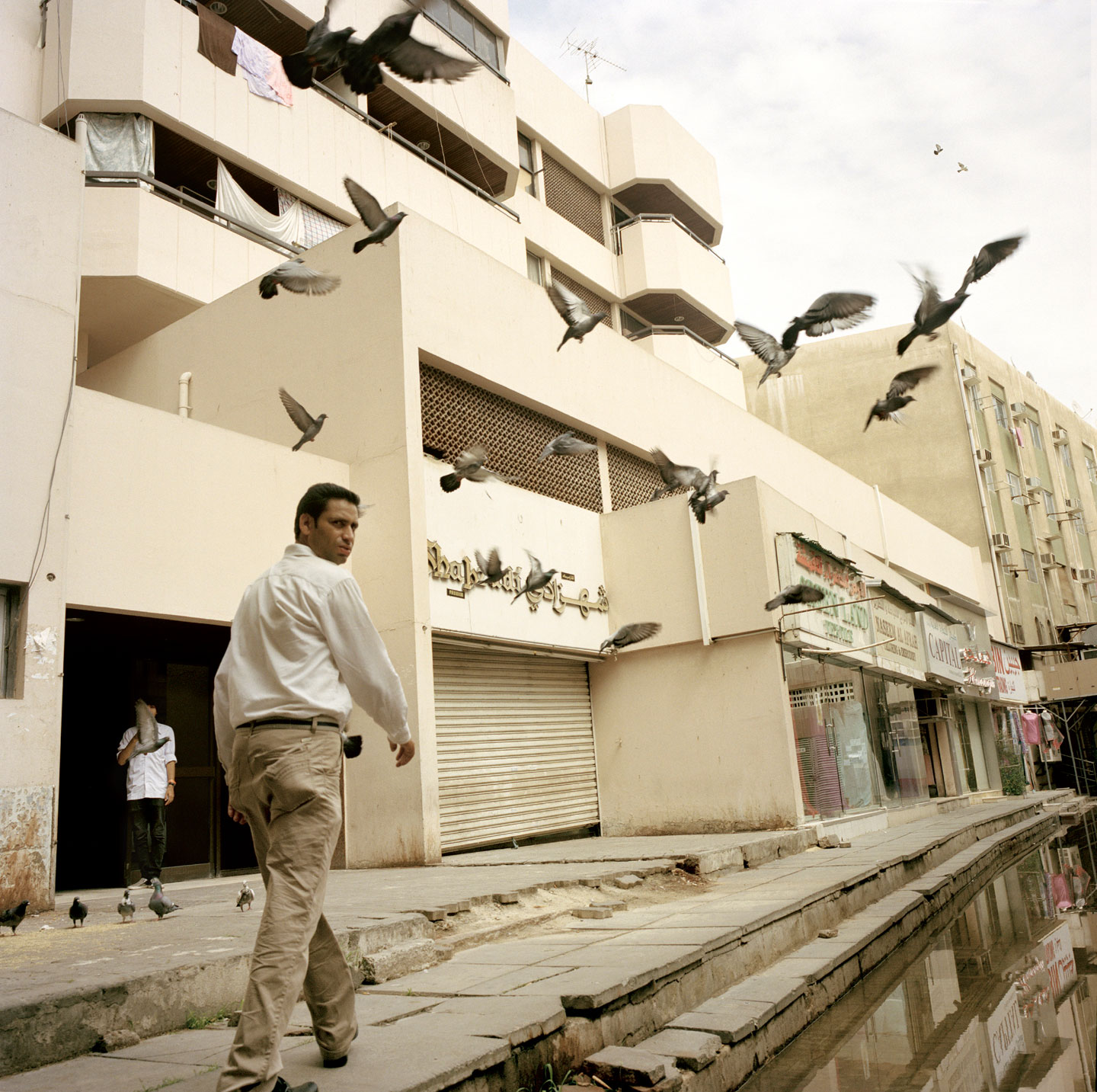 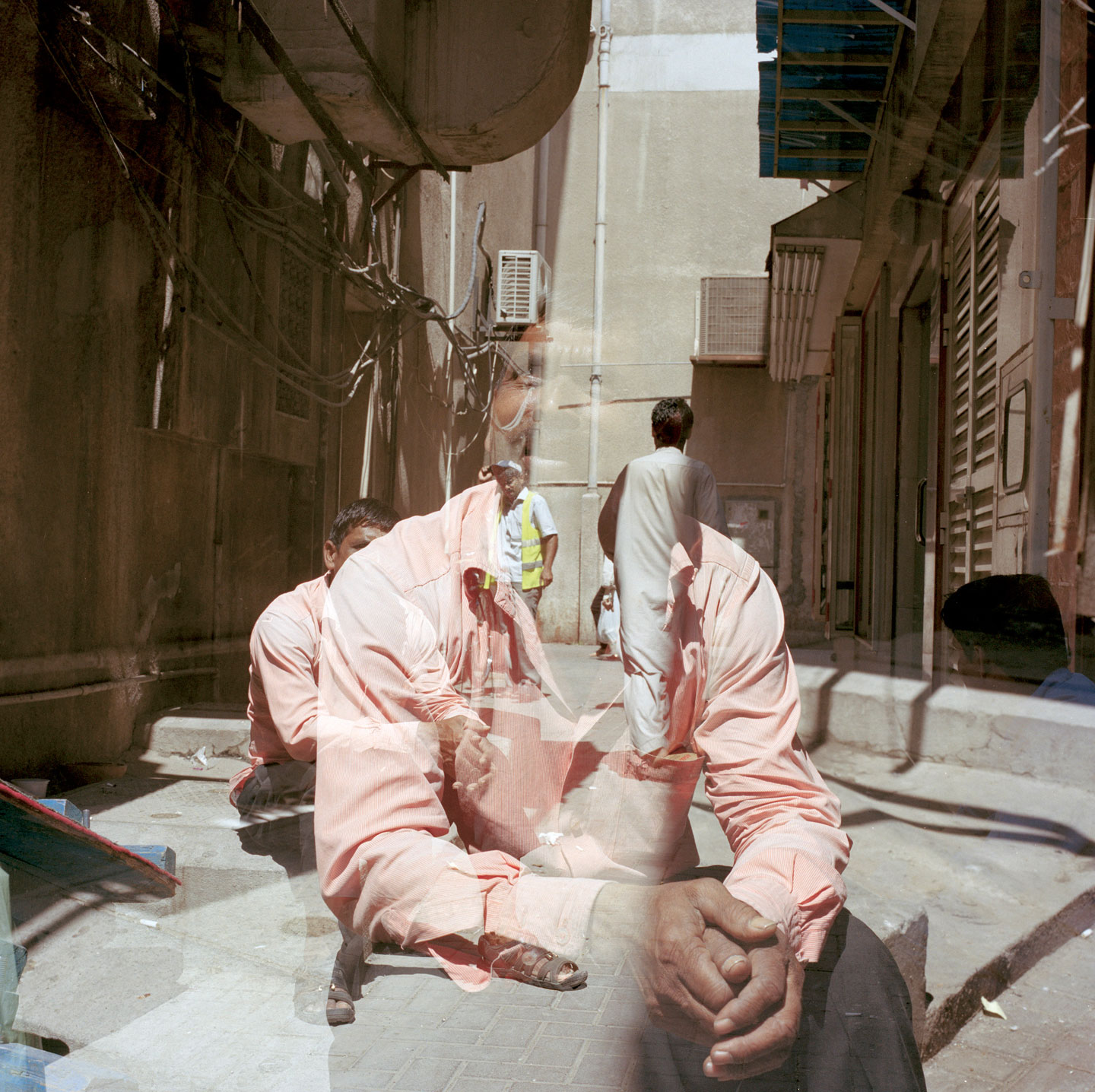 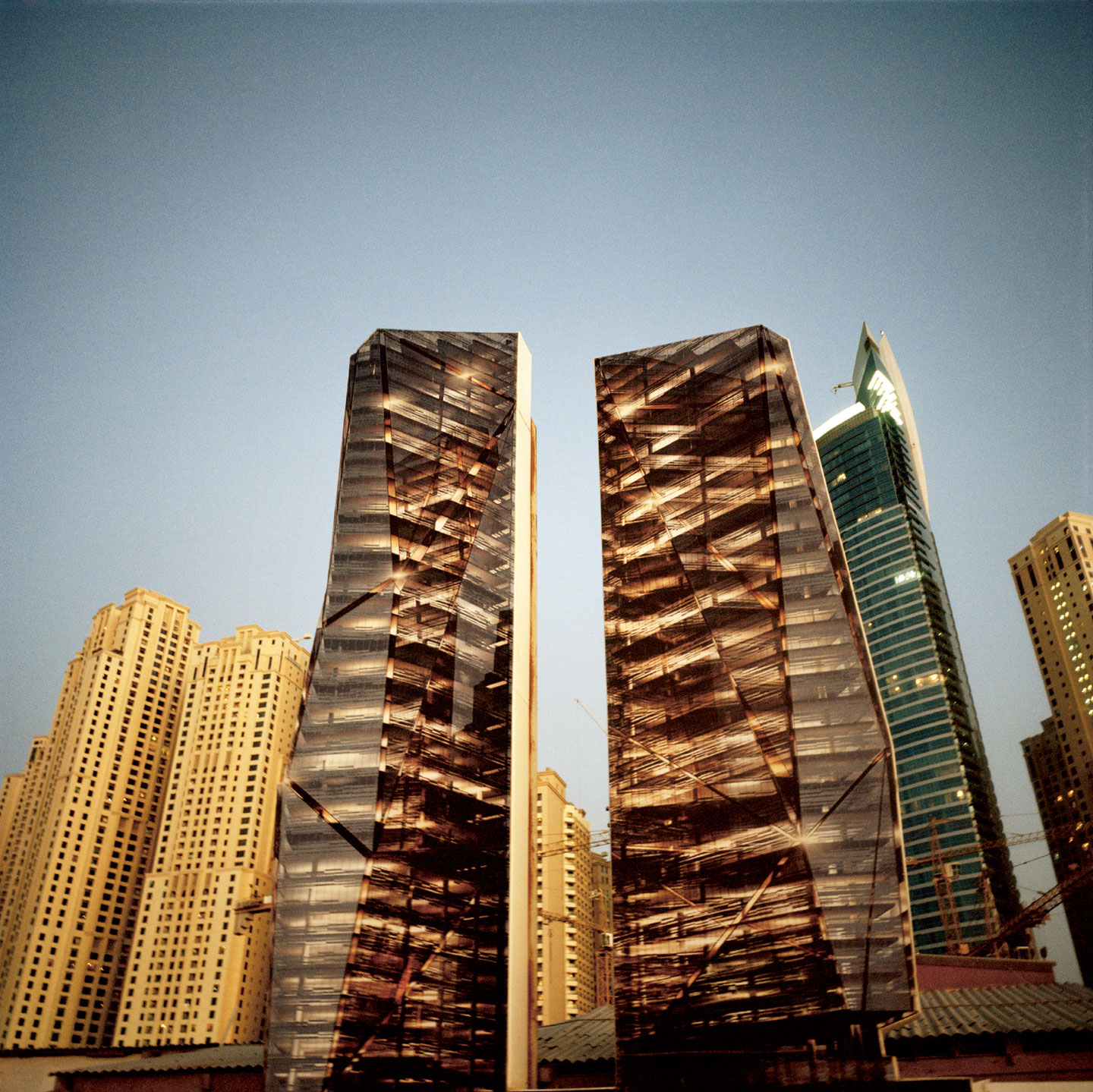 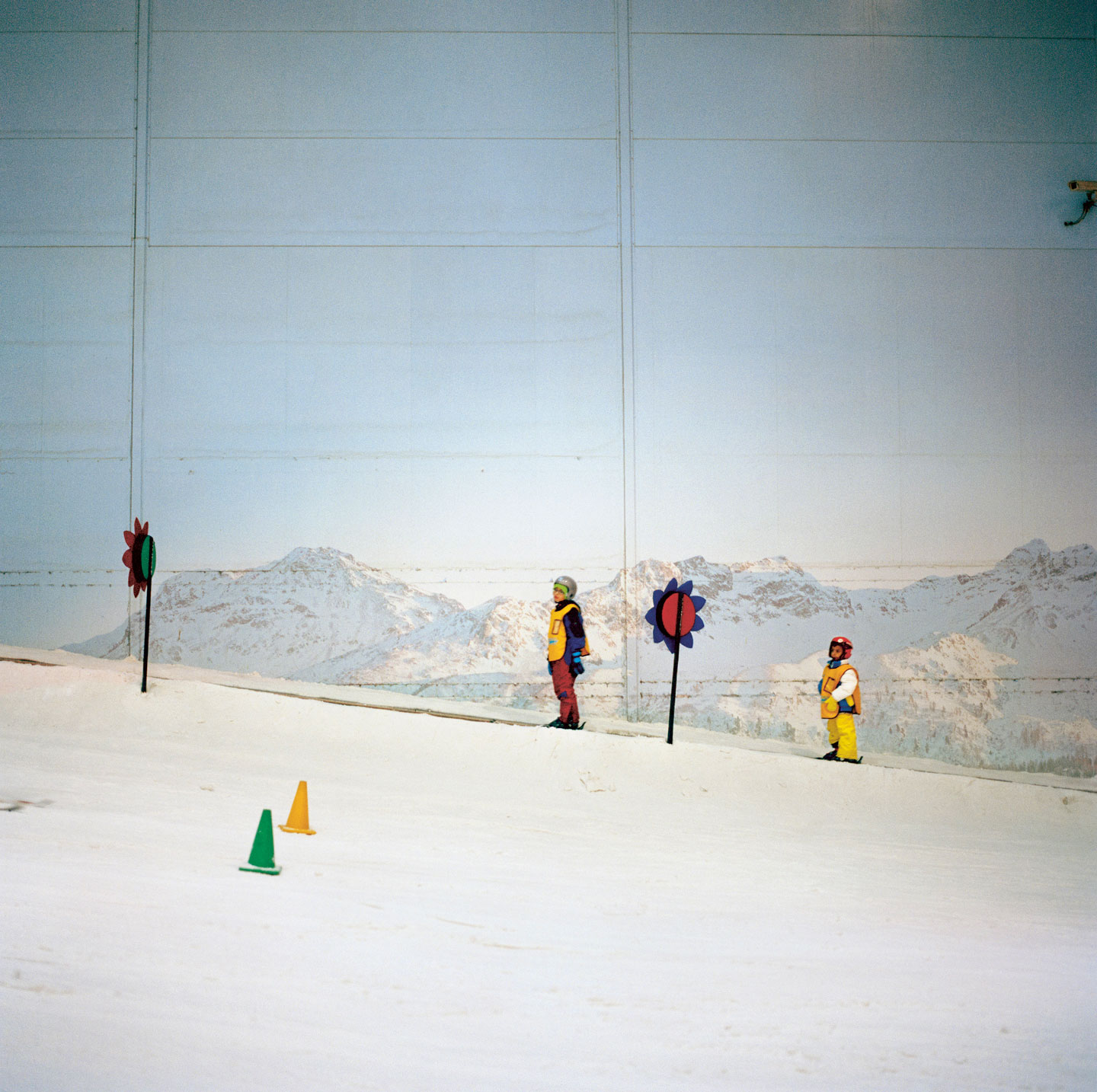 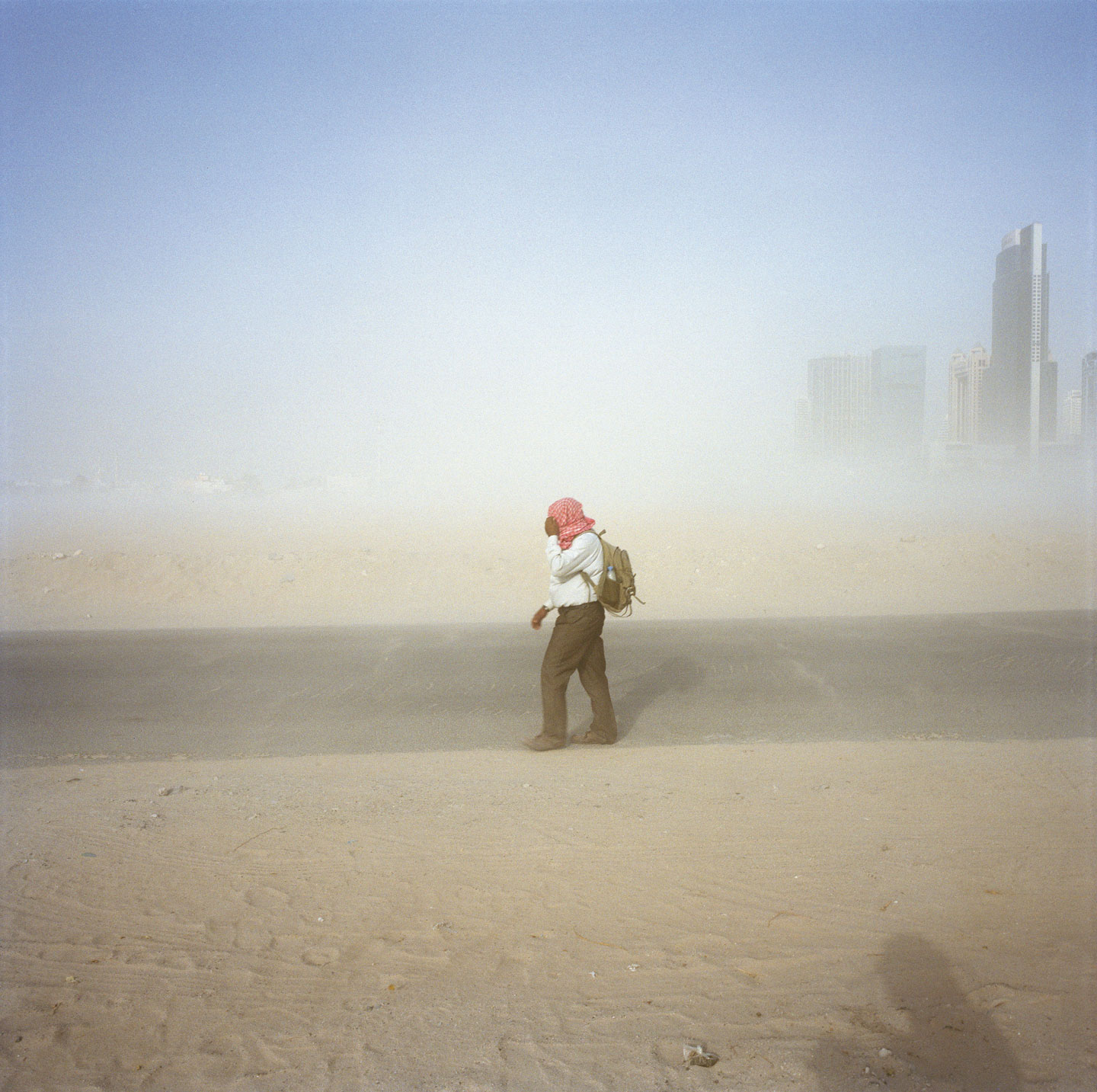 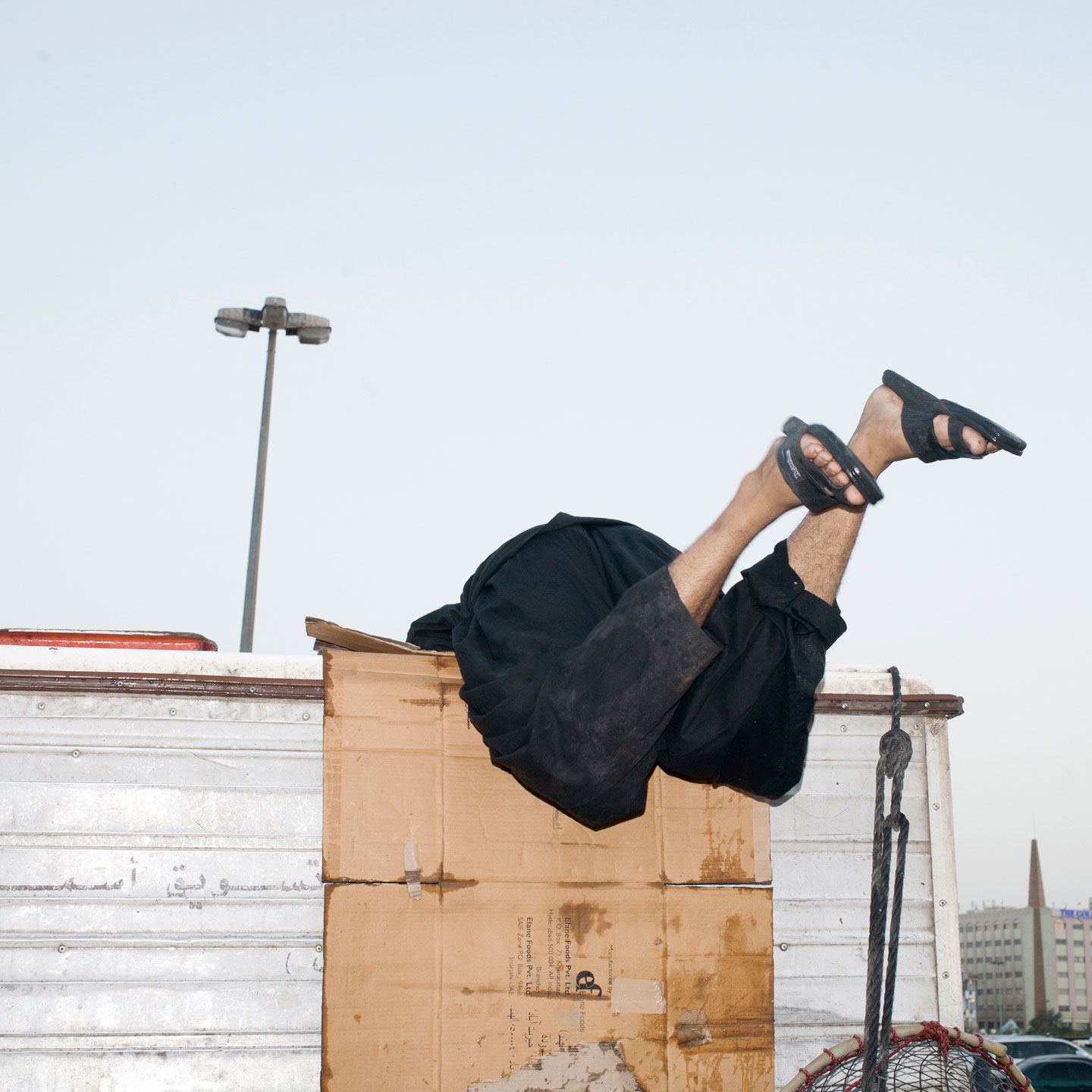 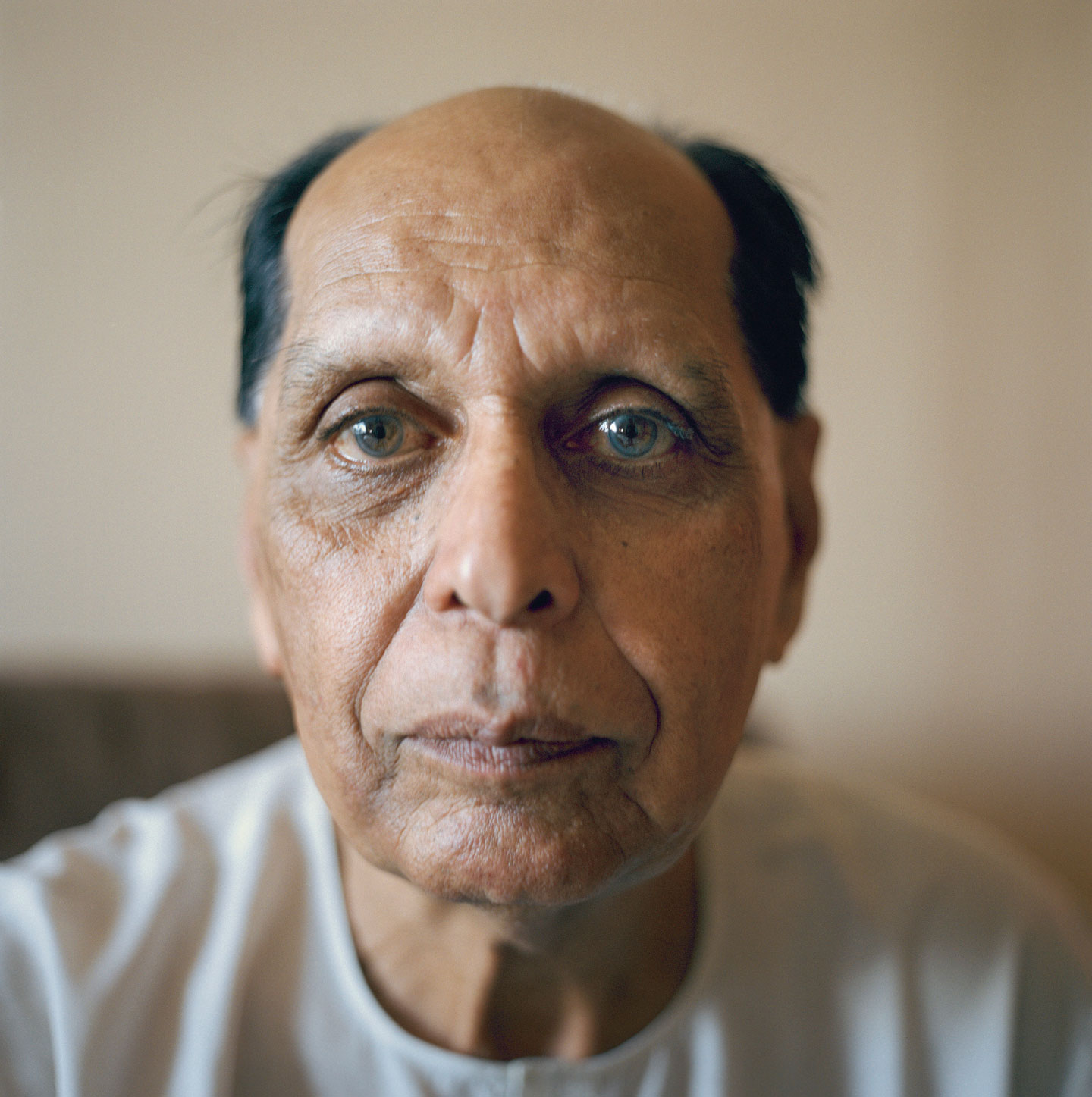 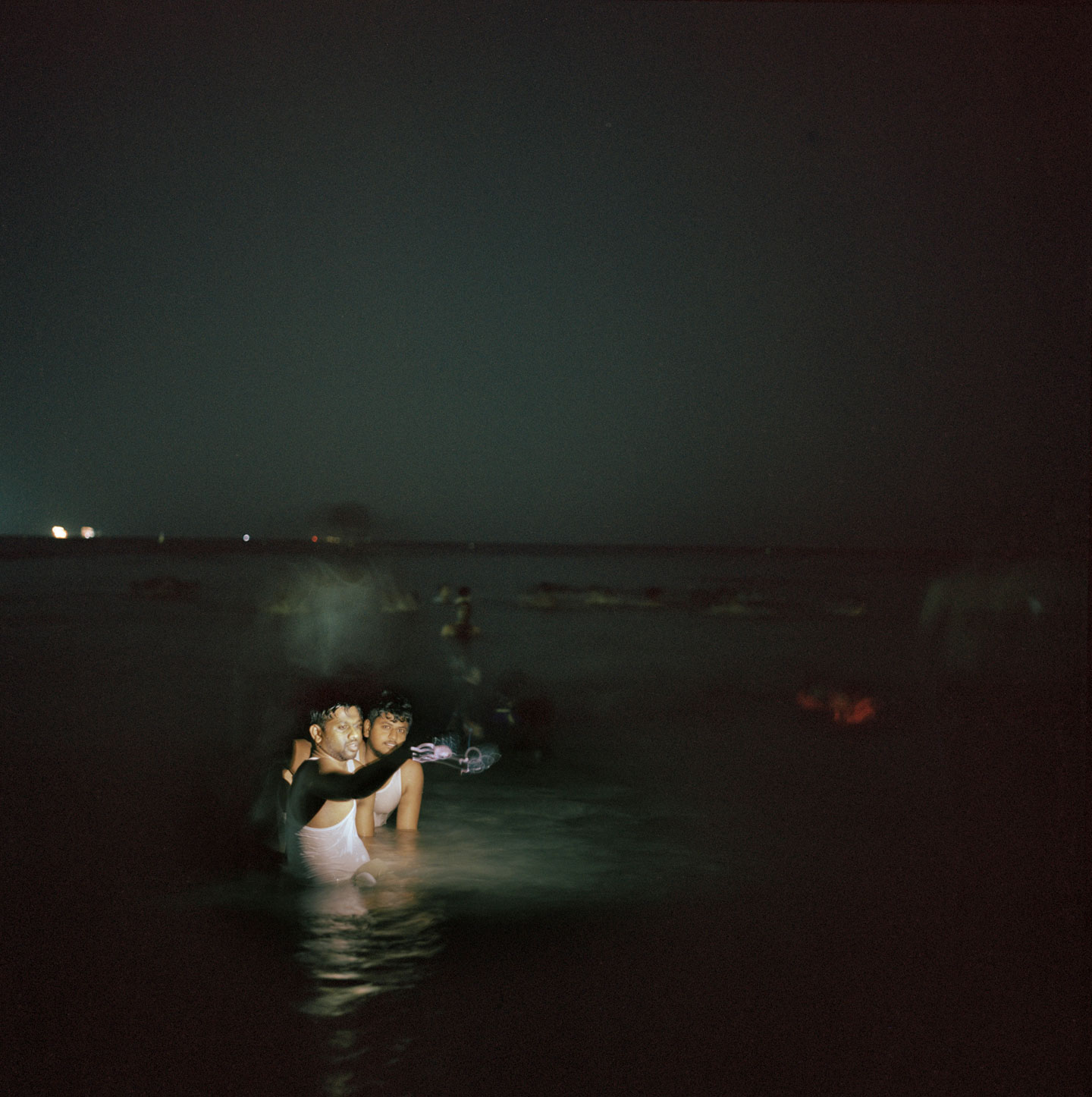 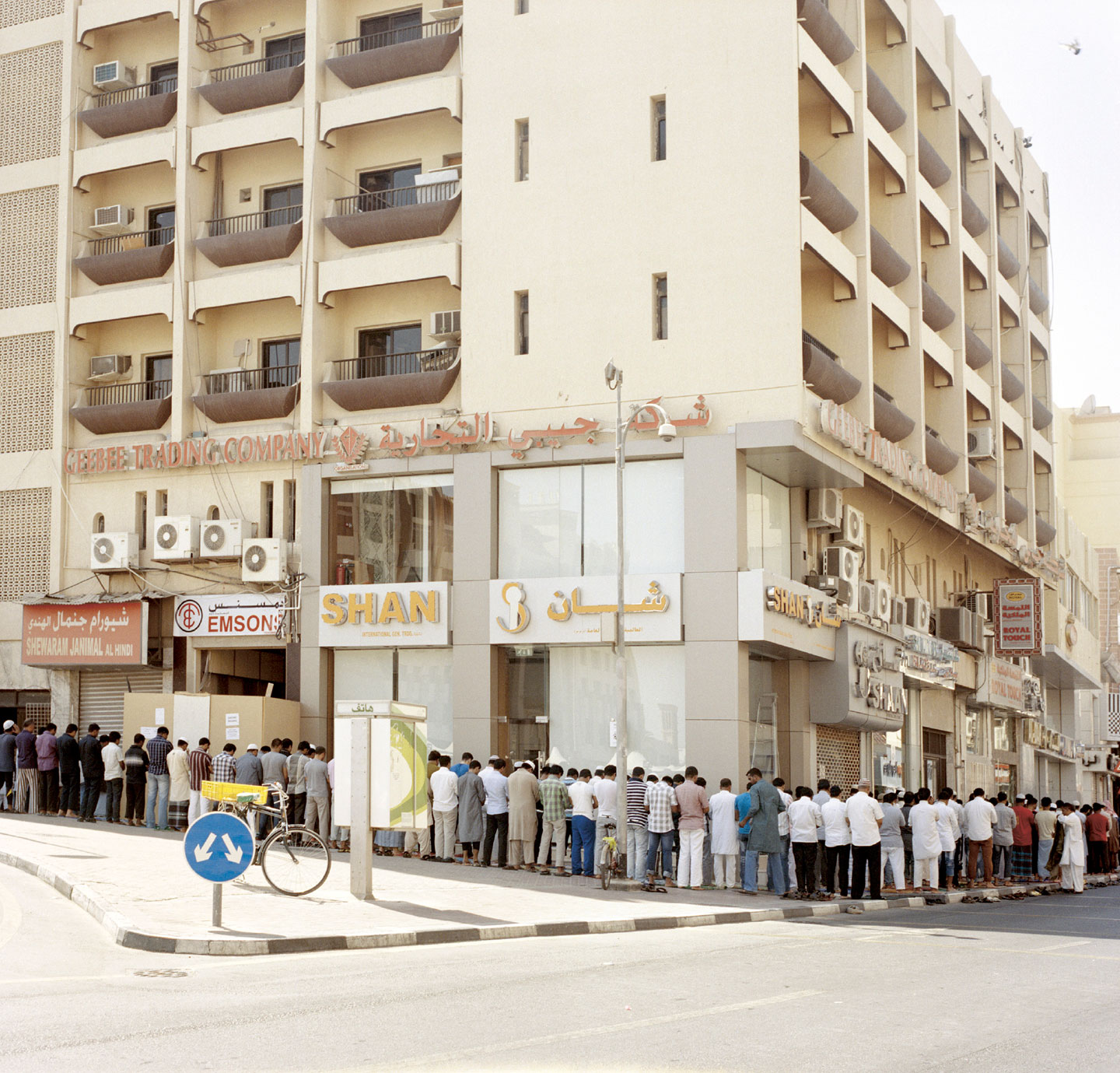 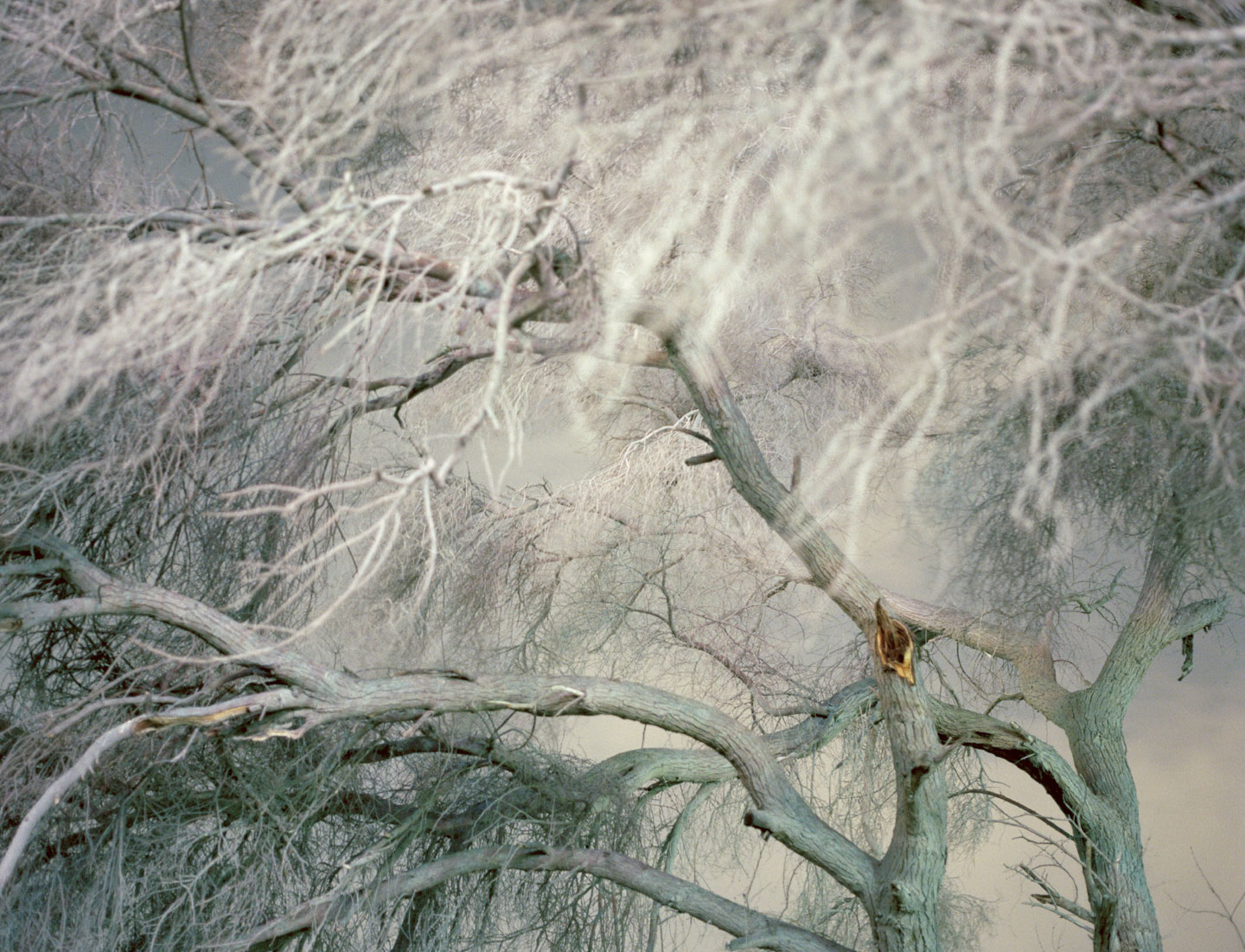 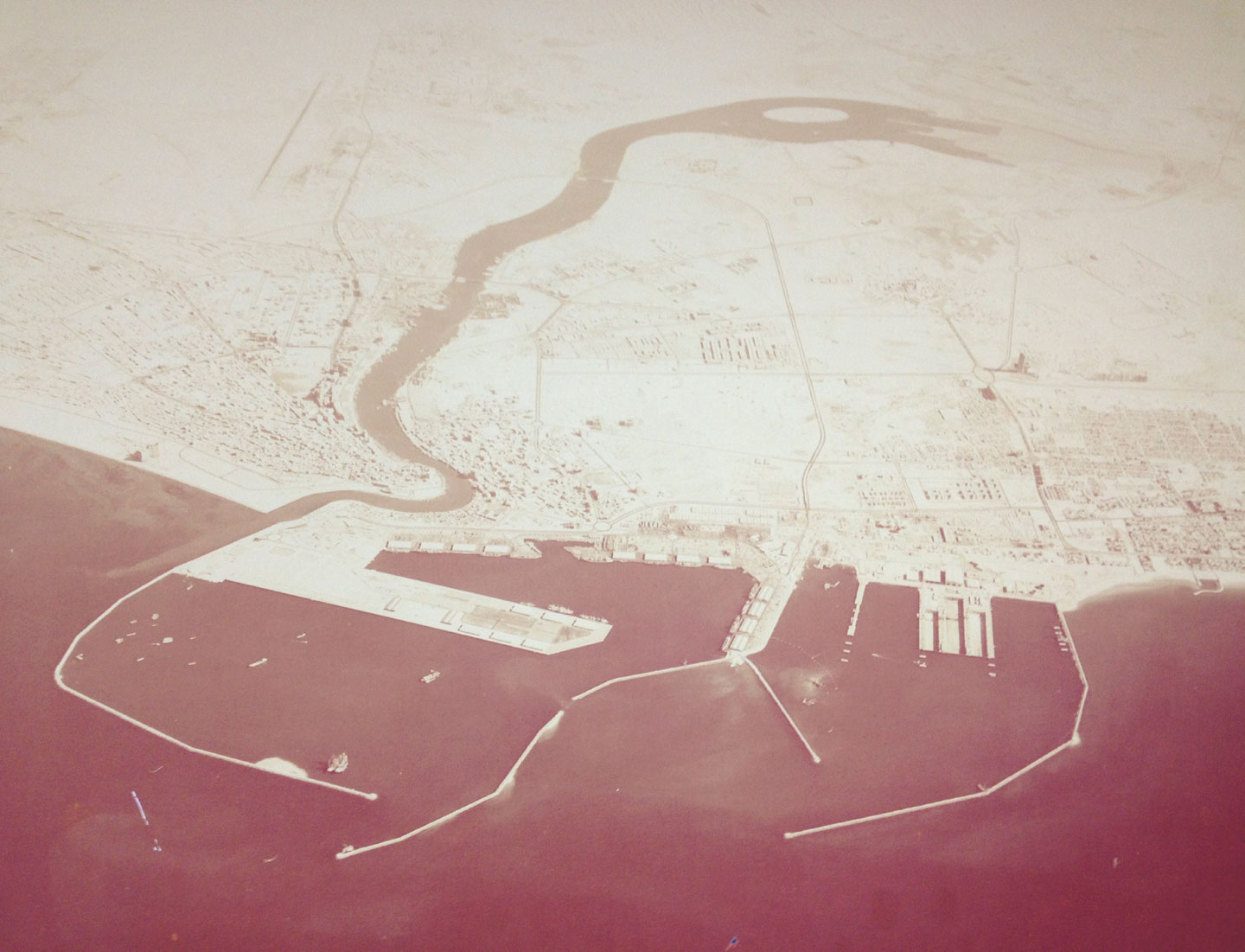 Olivia Arthur is one of the talented photographers who have exhibited their work at gallery Espace Jörg Brockmann, the juror of the current #FotoRoomOPEN edition (submit your work before next 15 May 2019 for a chance to have a solo exhibition at the gallery!).

This interview with photographer Olivia Arthur was originally published on 14 December 2015.

Hello Olivia, thank you for this interview. What are your main interests as a photographer?

I would call myself a documentary photographer, and my main interests as such are to tell stories about the world, about people, about things that are happening or have happened.

Please introduce us to your series Stranger.

Stranger is a project about the city of Dubai. It tries to make a connection between Dubai’s past and the place it has become by using the story of a shipwreck that happened in 1961.

How did you come to know the story of the shipwreck that inspired Stranger, and why did you decide to create a project around it?

I was researching the history of Dubai because I was curious. People always talk about what it is becoming and what it will be in the future, but you rarely hear anything on its past and how it’s come to be what it is. I was particularly interested in that. I was also interested in talking in some way about the old Indian community that lives in Dubai – the Indians of the city are usually associated with the labourers, but there is another, rich business community that is often overlooked: these are the people who have really built the city up to be what it is today.

As I was researching for Stranger I stumbled upon the story of the shipwreck of a boat that was travelling between India and the Gulf; and later the story of a family who had lost their son in that shipwreck, but believed that he had somehow survived, and that he’s still alive today. I decided to take that as my starting point and imagine what it would be like for someone who had been coming to the city in 1961 to arrive at it now. What would he see?

Can you describe your creative process behind Stranger? How did you approach the work and what kind of images were you aiming for?

I used the idea of this imaginary shipwreck survivor and I tried to see and understand the city through his eyes. The survivor became really just a vehicle for a journey into Dubai, and a way to probe and try to connect the city with its past. I also collected quotes and extracts of conversations that I heard, and that guided my journey and quest to understand what had happened. I imagined someone whose memories of this event would merge with the city that they saw in front of them, and at the end of the project I managed to dive and photograph the remains of the shipwreck covered with fishermen’s nets and fish.

On that occasion I heard an anecdote from one of the divers that when people had first gone down to the wreck, they had found bodies with life-vests on and pockets full of gold. This seemed like such a strong metaphor for a city that draws people in with its promises of riches and full of workers on all levels of society, saving something for a life elsewhere. I decided to use this as the final word in the book because I found it very powerful.

For how long have you been in Dubai to shoot for Stranger, and what was your impression of the city?

I was there for three months, I had been invited for an artist residency. I think a lot of my impressions of the city are in fact reflected in the work, although I was trying to see it from the point of view of this character. I think there is a feeling which is universal for outsiders coming to the place – a sense of isolation and loneliness as well as strangeness to the things that happen and exist in the city.

Did you have any specific references or sources of inspiration in mind while working on Stranger?

Not especially. It was a new creative project for me, I read a lot but really the inspiration came from wondering around the city.

The Stranger photobook is printed entirely on transparent paper. Can you talk a bit about this choice and the book in general?

This was obviously a very important decision for making the book, and it was an idea I had not while making the work but during the editing and design process. I had been looking for a way to combine the quotes and images without them looking like captions or being too separate. At first I wanted to put the texts on tracing paper so that you could see both words and images together; but when the designer showed me a graphic book on Japanese rice paper I suggested that we do the whole book on transparent paper, and I was immediately convinced that it would be the perfect choice for Stranger.

Of course the design strongly references the sea and the shipwreck, but it also hints at the layering of the past with the present and the sense of confusion that I felt (and I imaged the survivor to feel) walking around the city. Using transparent paper you get these new double or sometimes triple compilation images, and the whole thing really comes alive for me.

I began my career in India, so the country and its photographers were definitely a big influence on me and everything I have done since then. Also, I came to Magnum when I was still very young in my career, and  the Magnum photographers I have come to know over the years – both as icons and people – have been big influences on my work. I came to photography not from a fine art background (I studied Mathematics at university), so my influences have been much more from the world around me than studying the history of the medium.

The ten-minute video below presents the photographs of Stranger in a fascinating, immersive slideshow combined with a custom soundtrack made by a duo of sound artists: