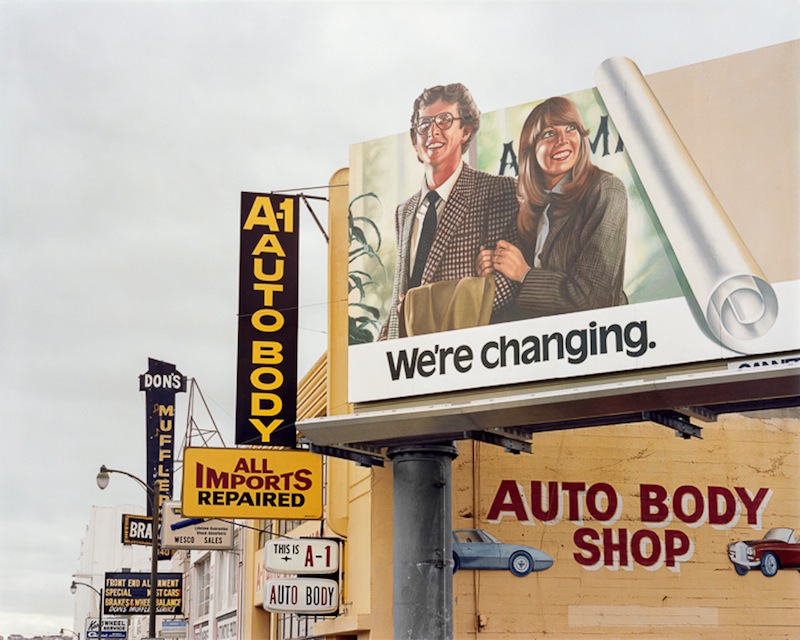 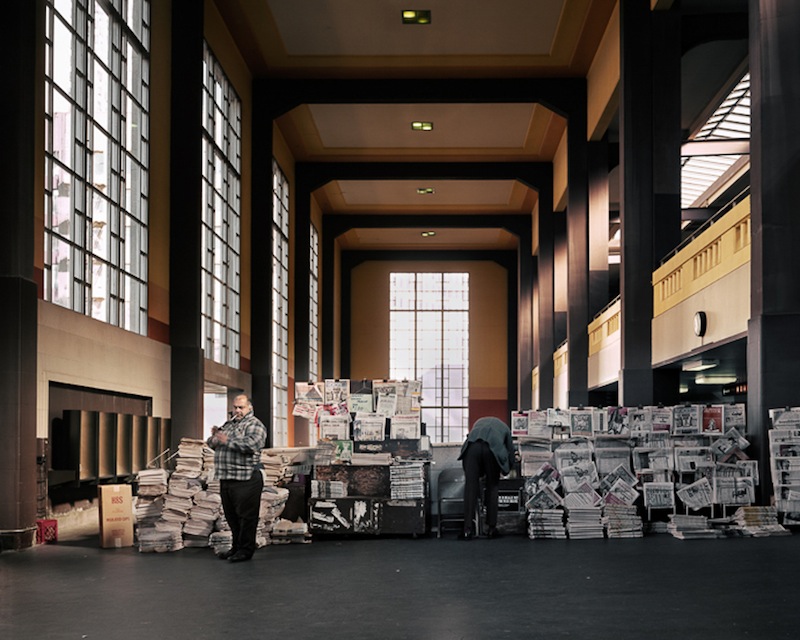 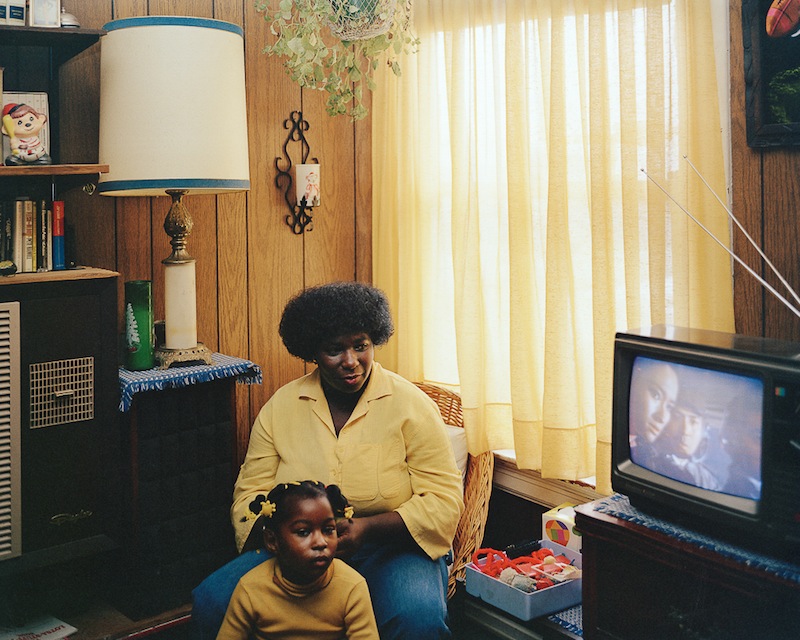 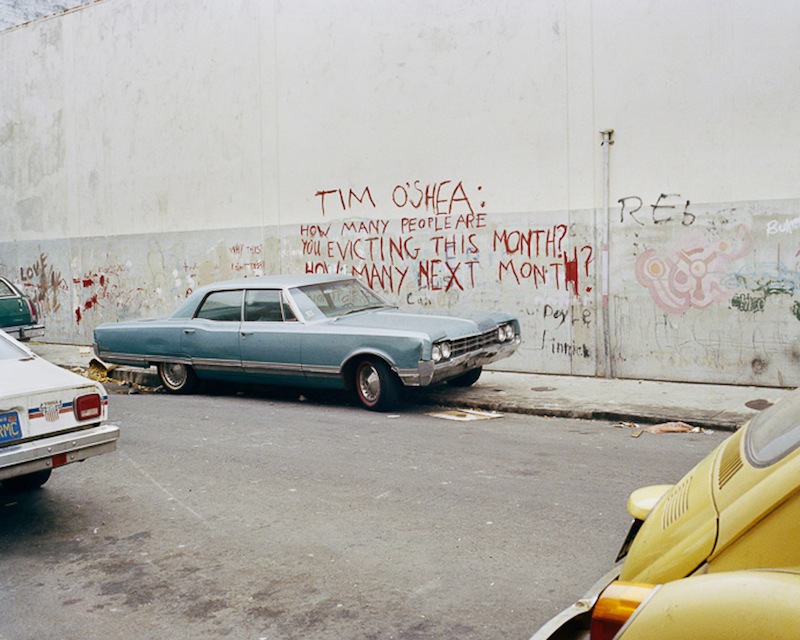 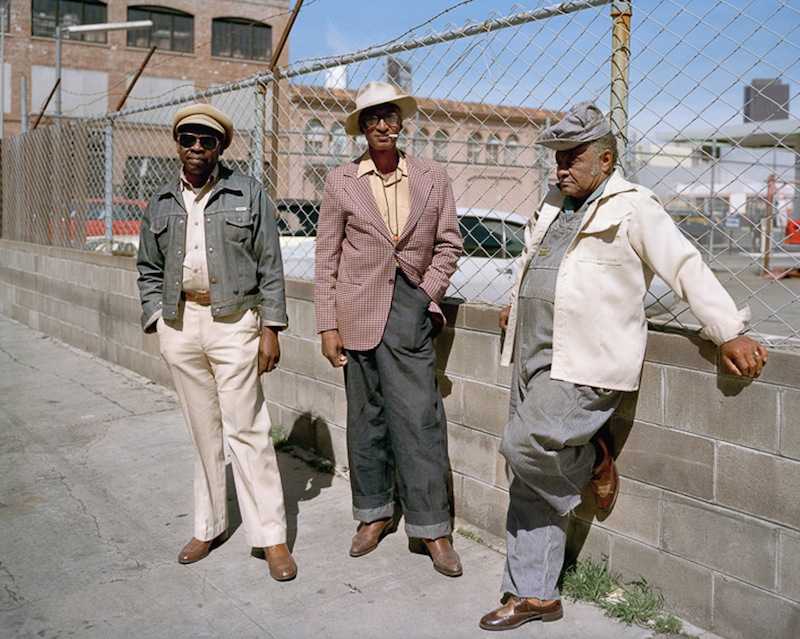 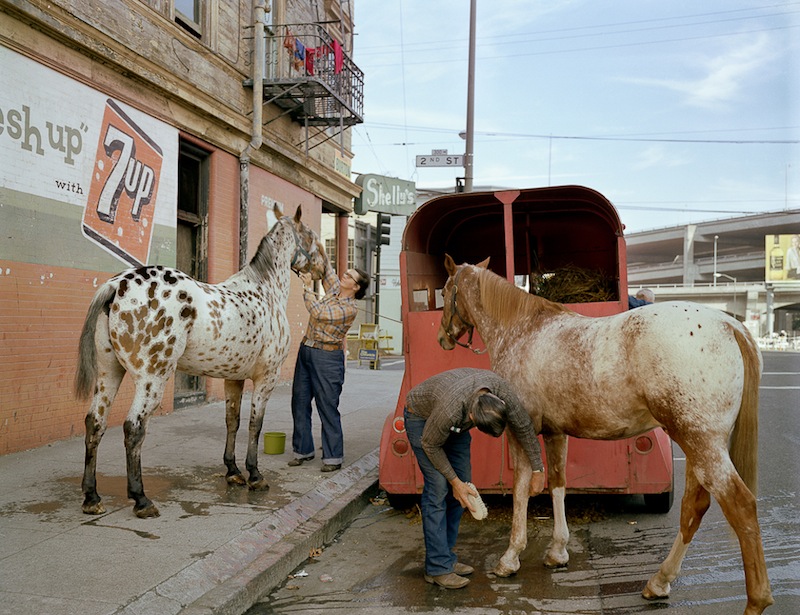 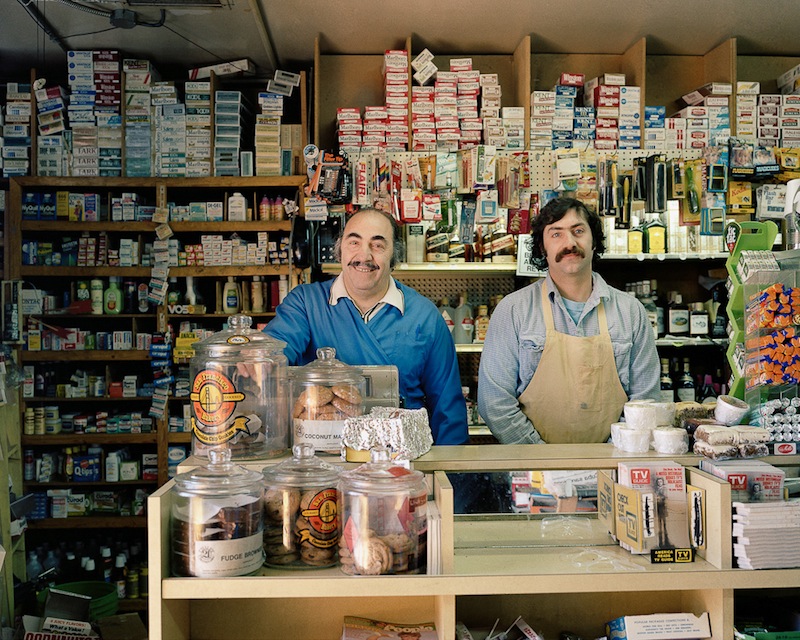 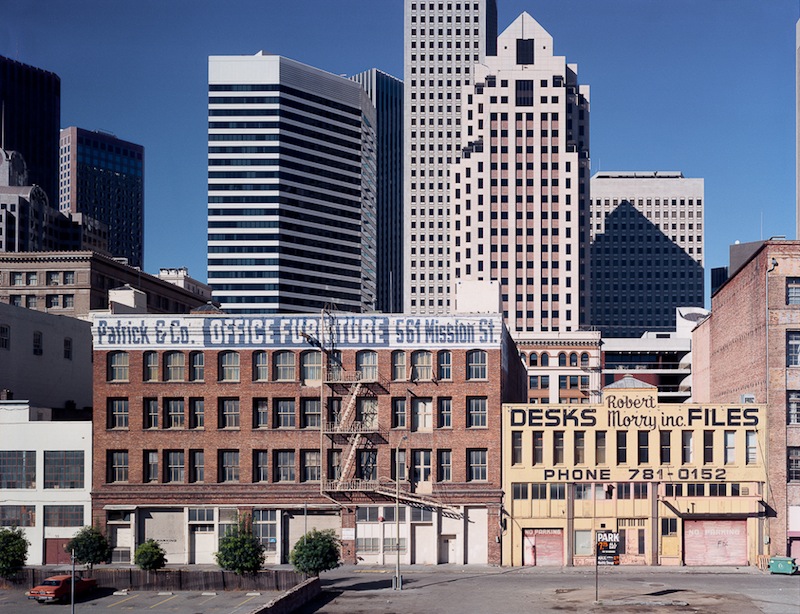 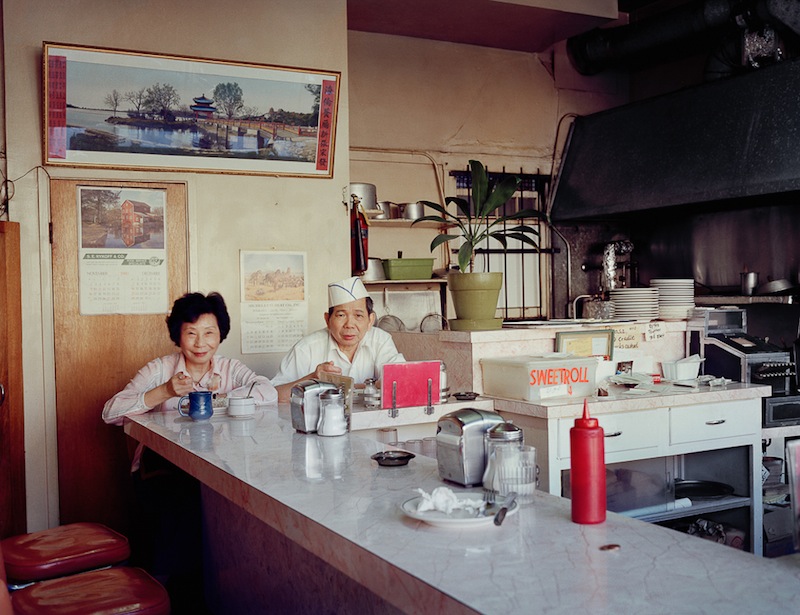 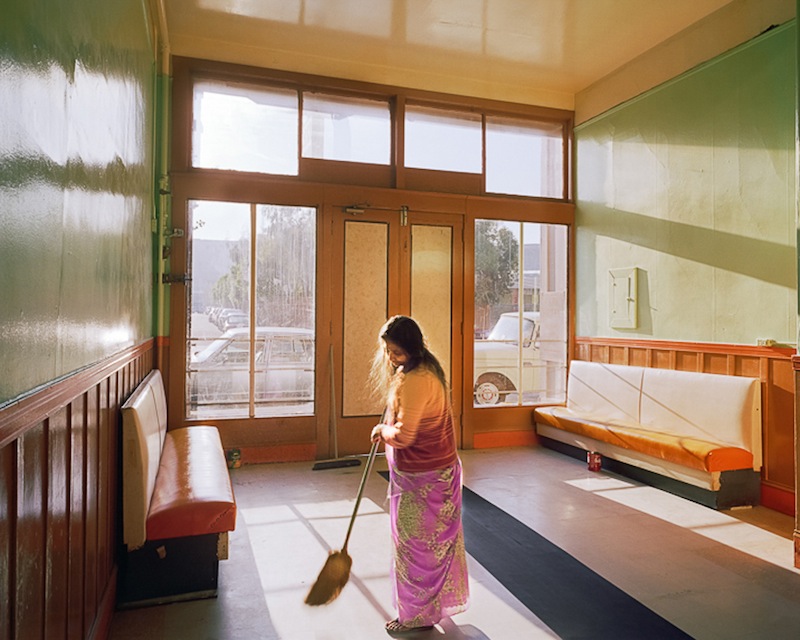 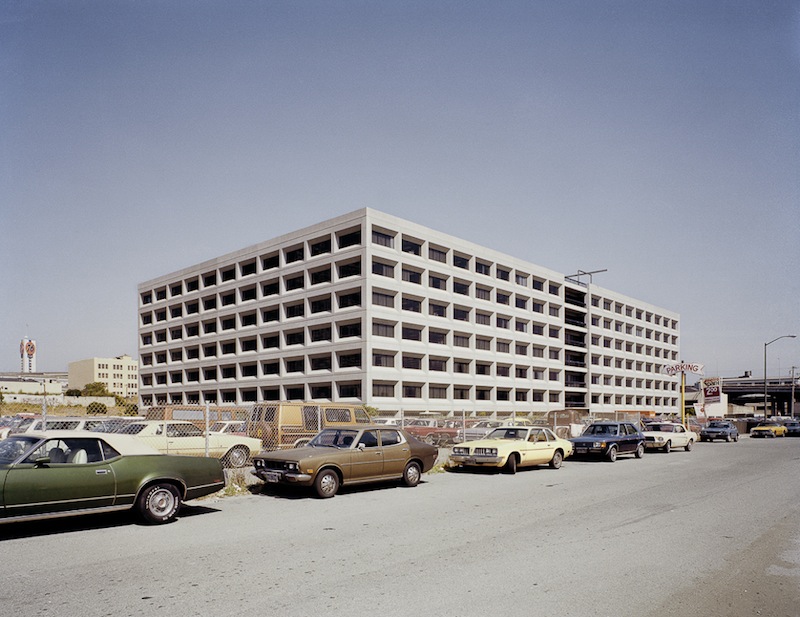 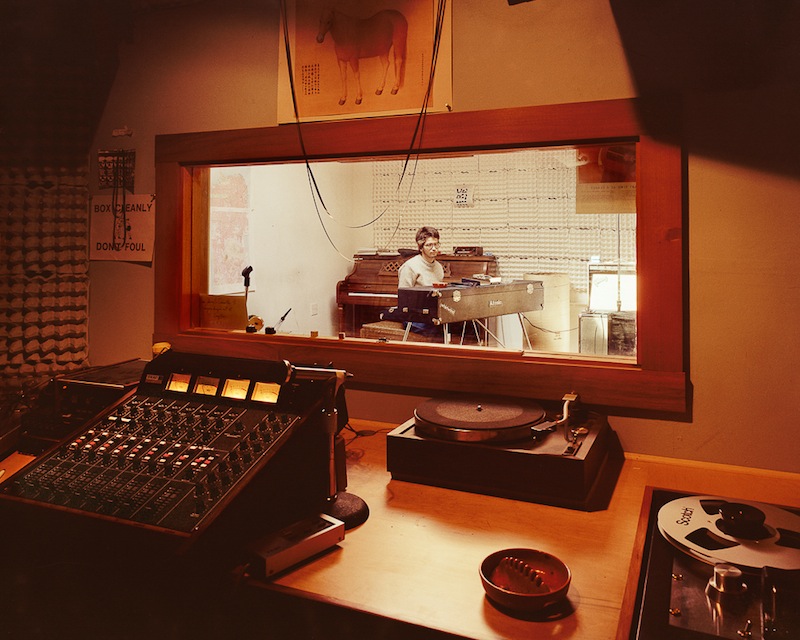 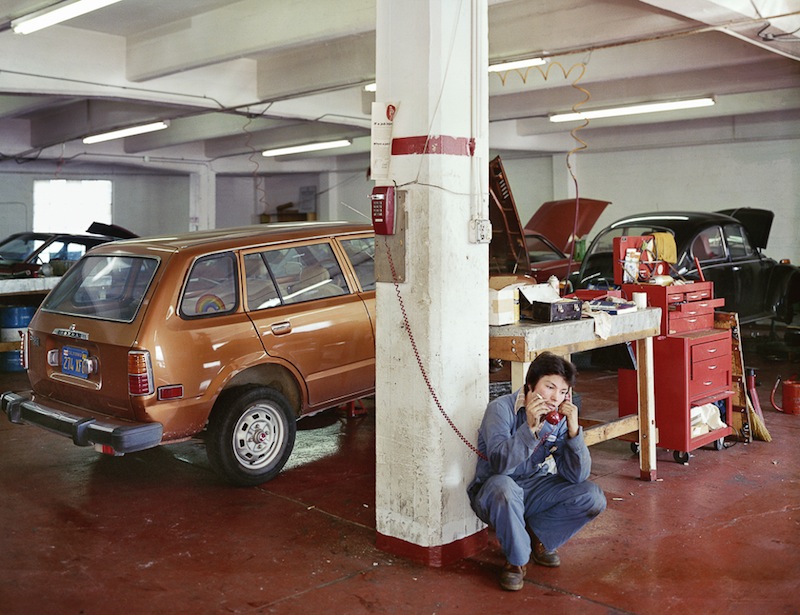 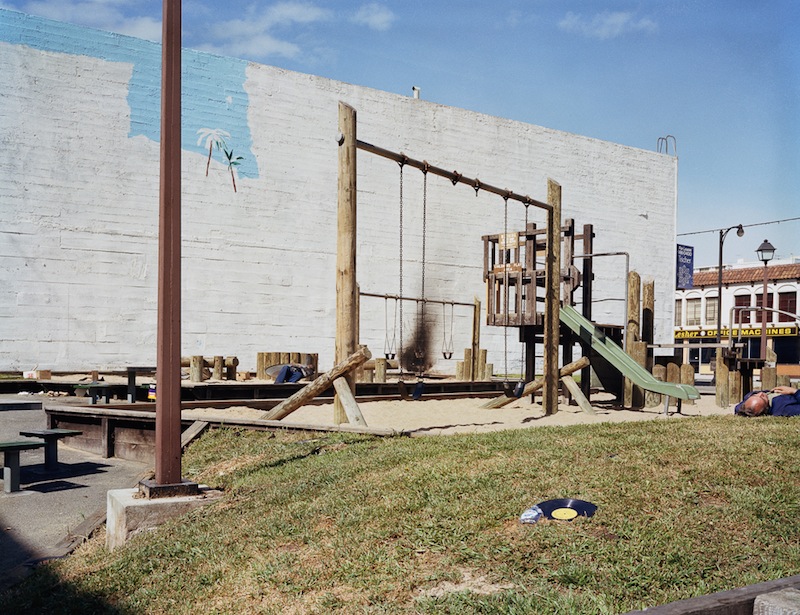 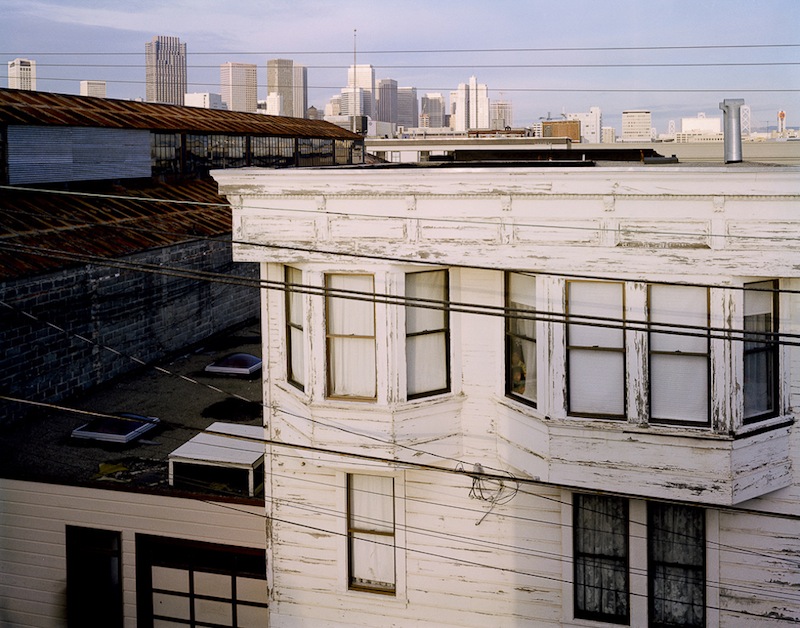 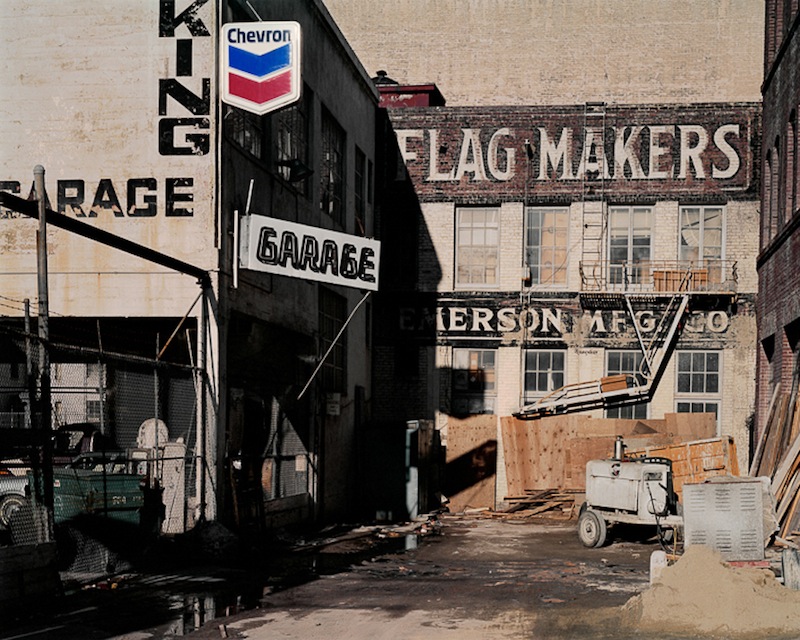 South of Market is a large neighborhood in San Francisco which takes its name from its location south of Market Street, one of the city’s major thoroughfares. At the end of the 1970s, the neighborhood went through an extensive redevelopment process that changed much of its face and deeply impacted on the life of the local residents.

American photographer Janet Delaney moved to the area exactly in that moment of change, and decided to use photography to document the spirit of the area before it was too late. Now that San Francisco is in transformation again to keep up with its status as dream city of start-uppers and venture capitalists, Janet’s series South of Market has gained new relevance, and a lot of attention. Last year, it became a photobook (now sold out) published by Mack; and the work is currently on show at San Francisco’s de Young Museum.

Hello Janet, thank you for this interview. What are your memories of South of Market when you first moved there in 1978?

When I first moved to the South of Market the area felt stopped in time. Much of the light industry had moved out of town. On the weekends massive parking lots stood empty waiting for the financial district commuters to return on Monday. There were some great gay bars like the Stud and the Ambush and for Sunday brunch there was Hamburger Mary’s. There were no cafes or grocery stores. Artists were moving into in the abandoned warehouse spaces. My neighbors were mostly African American and Filipino residents, many of whom had moved here around World War II.

What compelled you to document the transformations that the district was going through in those years?

I knew that when the Moscone Center was finished being built the area was going to experience a radical transformation. We could all feel the pressure of rising rents. The presence of the gay community and the artists signaled the beginning of a new paradigm for this neighborhood. Though I was a newcomer I felt welcomed here. I wanted to give a voice to the longtime residents and to those whose life would be most impacted by gentrification. I thought the photographs could help draw attention to a neighborhood that did not have much identity.

At the time, the success of the work was realized on a small and intimate scale. My neighbors felt a sense of pride in the project when we showed the work in local public venues such as Canon Kip, a Filipino cultural center, 80 Langton and SF Camerawork, two alternative gallery spaces. Now the project is at the de Young Museum in Golden Gate Park, and is acting as an effective reminder of how tenuous our relationship to place can be. This is a reoccurring story. Many are saying that if San Franciscans don’t pay attention they will soon lose their sense of identity to corporate culture. We saw this coming in the 1980s.

Besides your photographs, back then you also made interviews to the locals who were being affected by the development of the area. Do any of the things they told you particularly resonated with you?

I was pretty naïve at the beginning of the project. Tom Whiting, my landlord, talked to me about the economic forces of big business and their relation to urban planning. As a gay man, newly arrived from the Midwest, he gave me a sense of how homophobic the rest of the country was at that time. Bobbie Washington painted a lively picture of what the neighborhood had been like when she was growing up there in the 1960s and 70s. My neighbor Jim Pomeroy, a sculptor and performance artist, helped me to frame the project in terms of using art as a way to call for political change. We did not have the term Social Practice yet!

Your beautiful South of Market photos capture a culture and lifestyle that is as much gone as many buildings that used to be there. What do you miss most of that culture?

It is easy to be nostalgic about the past, but the past was not an easy place to live. I feel that many things have improved in San Francisco, but one major thing that has been lost is an affordable place for working class people, including artists, to live.

Choose one image from South of Market you are particularly fond of, and tell us why.

Tricky question! I like to think of the work as a whole, each photo is like a paragraphs of the story. But if I had to choose, I would say that a stand-alone photo would be Flag Makers, Natoma at Third Street, 1982. It operates outside of the narrative and references the bigger issues of how I was feeling about the country at the time. Remember Ronald Regan had just come to power. We had been struggling with the oil industries changing structure and it was the beginning of a more global economy. I was thinking about all this when I made that particular image.

In a recent interview with us, San Francisco based street photographer Troy Holden said: “It’s sad to see the old character of San Francisco disappear so quickly. Photographs I made a few months ago already show locals or businesses that are gone“. What do you think of the extensive gentrification and urban redevelopment that is taking place in San Francisco today?

Cities change. How that change occurs depends on who holds the power. The task now is to channel the energy of the new money into making a city that retains its progressive sensibility. That is not guaranteed to happen without effort.

South of Market is one of your earliest works. Why did you decide to revive it and make it into a photobook, now sold out?

30 years is considered the length of a generation: there is a distinct difference between then and now. When the London-based publisher MACK took this project on, I realized there is a growing interest in San Francisco in Europe. With the advent of the tech industry, San Francisco is on the world map.

Locally the work is finally doing what I had hoped it would do. The de Young Museum is programming three Friday Nights at the Museum around the issues raised in the South of Market exhibition. The show is bringing people together to talk about the challenges of keeping a diverse culture alive within city limits. This is exactly what the work was intended to do in the early 1980s.

Is it true that you’ve been recently shooting in South of Market again?

Yes, I feel as if I am photographing the future I only imagined would happen in 1980!

After nearly forty years of experience, both as a photographer and a photography educator, how would you define photography? And what is the most important thing you’ve been teaching your students?

Photography is a practice like music or dance or writing. You need to show up and be persistent and passionate to create a body of work. There is a poetic form to photography when it is handled well. It can communicate very subtle and complex ideas. While it is easy to make one good photograph it takes a lifetime to understand the medium.