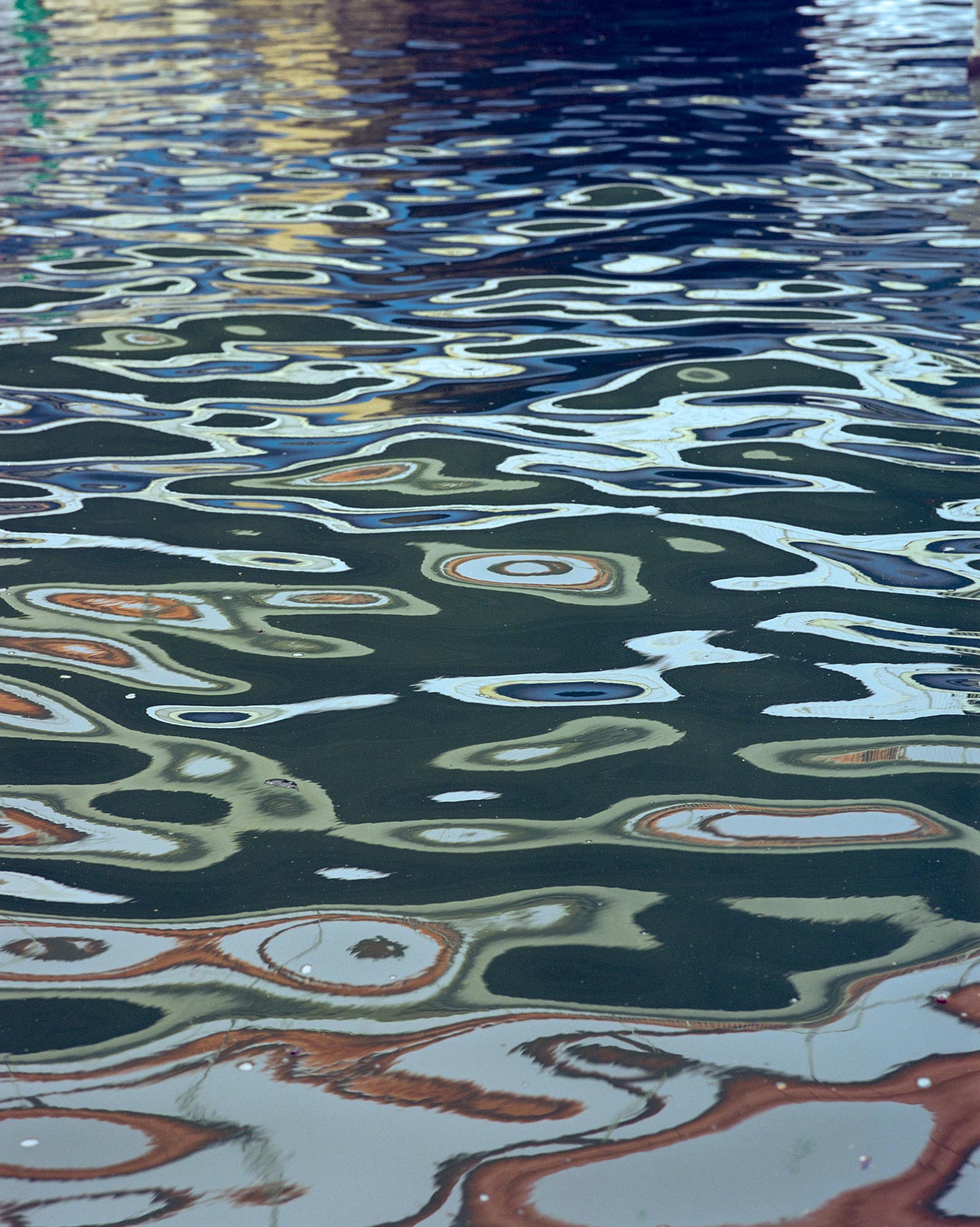 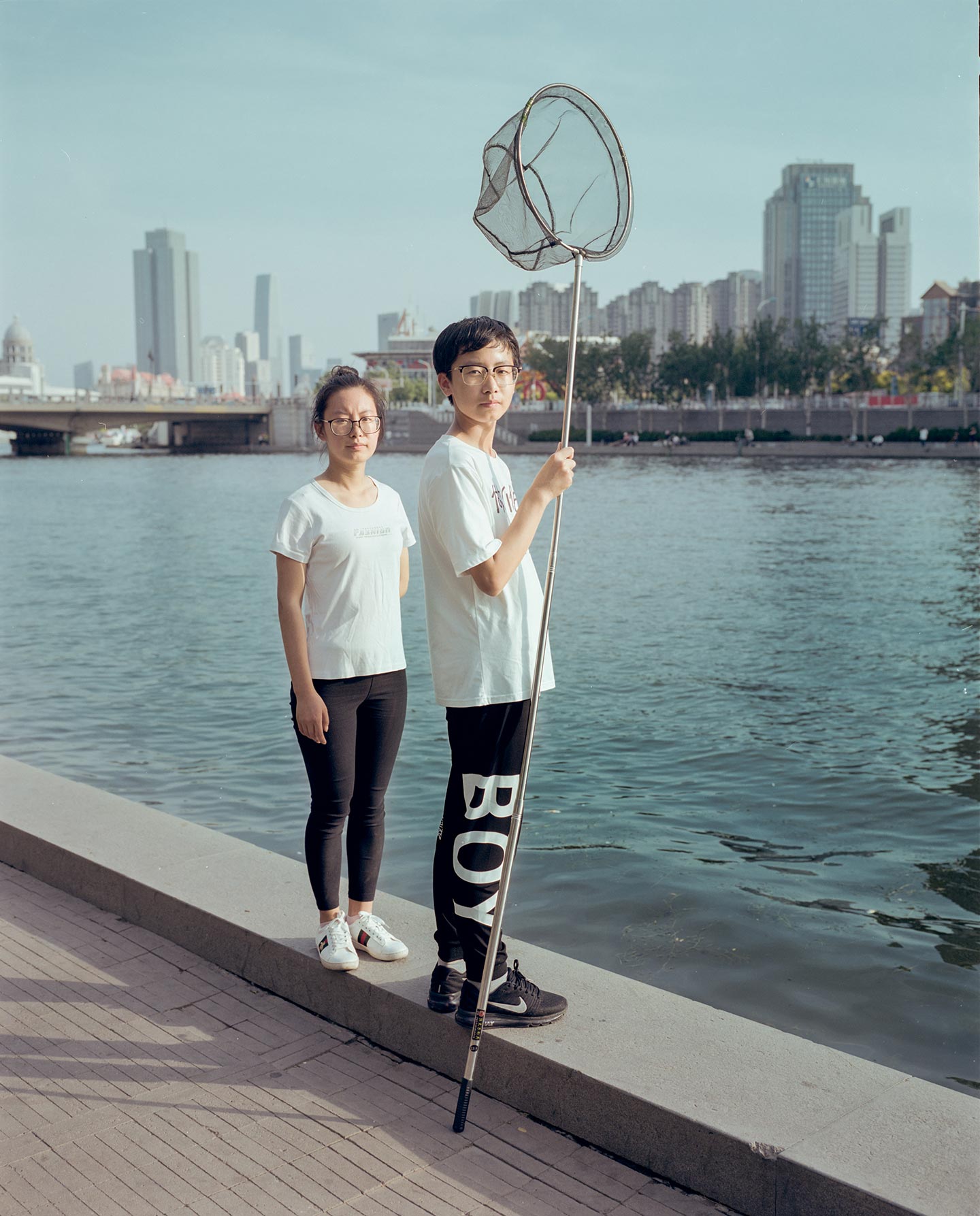 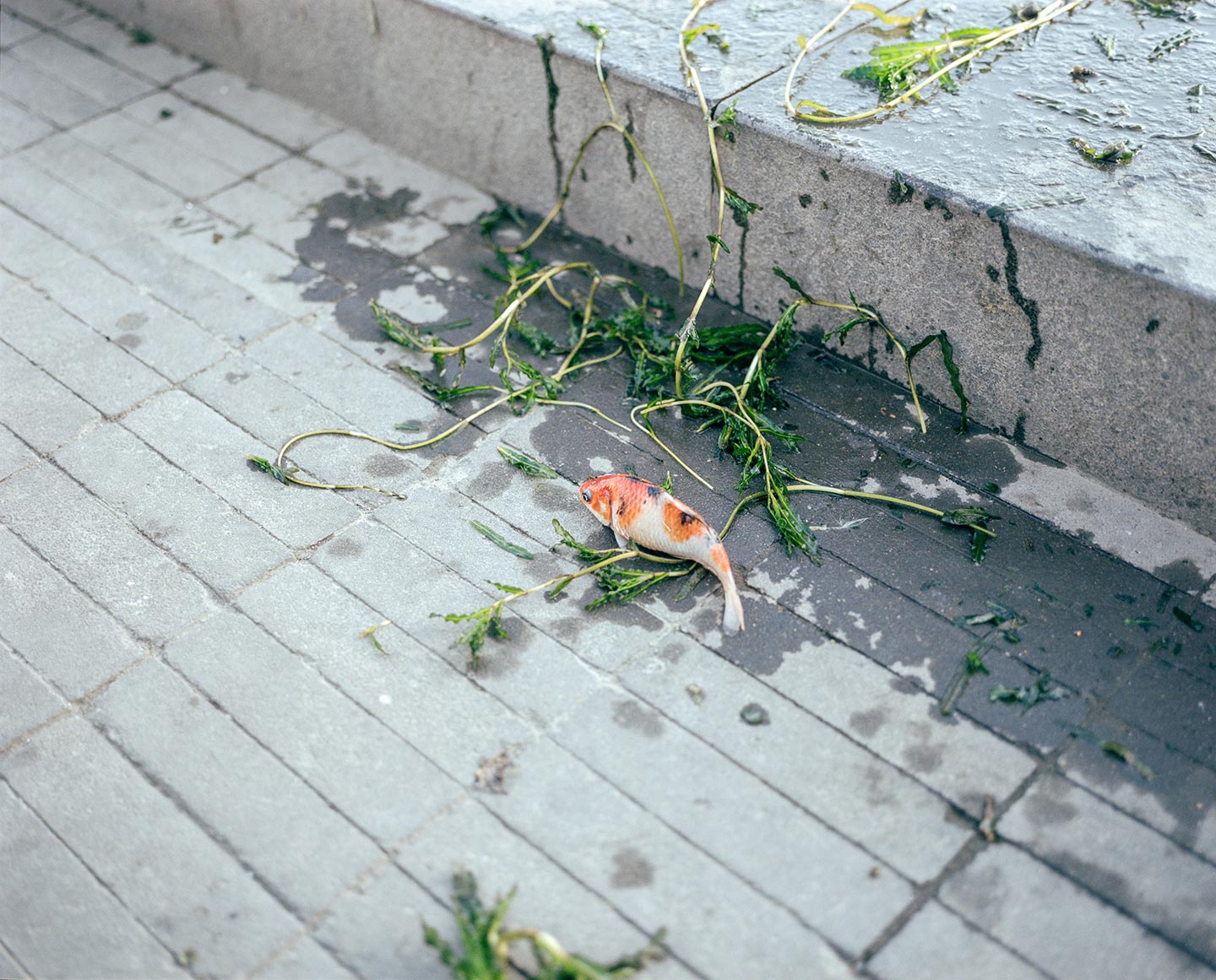 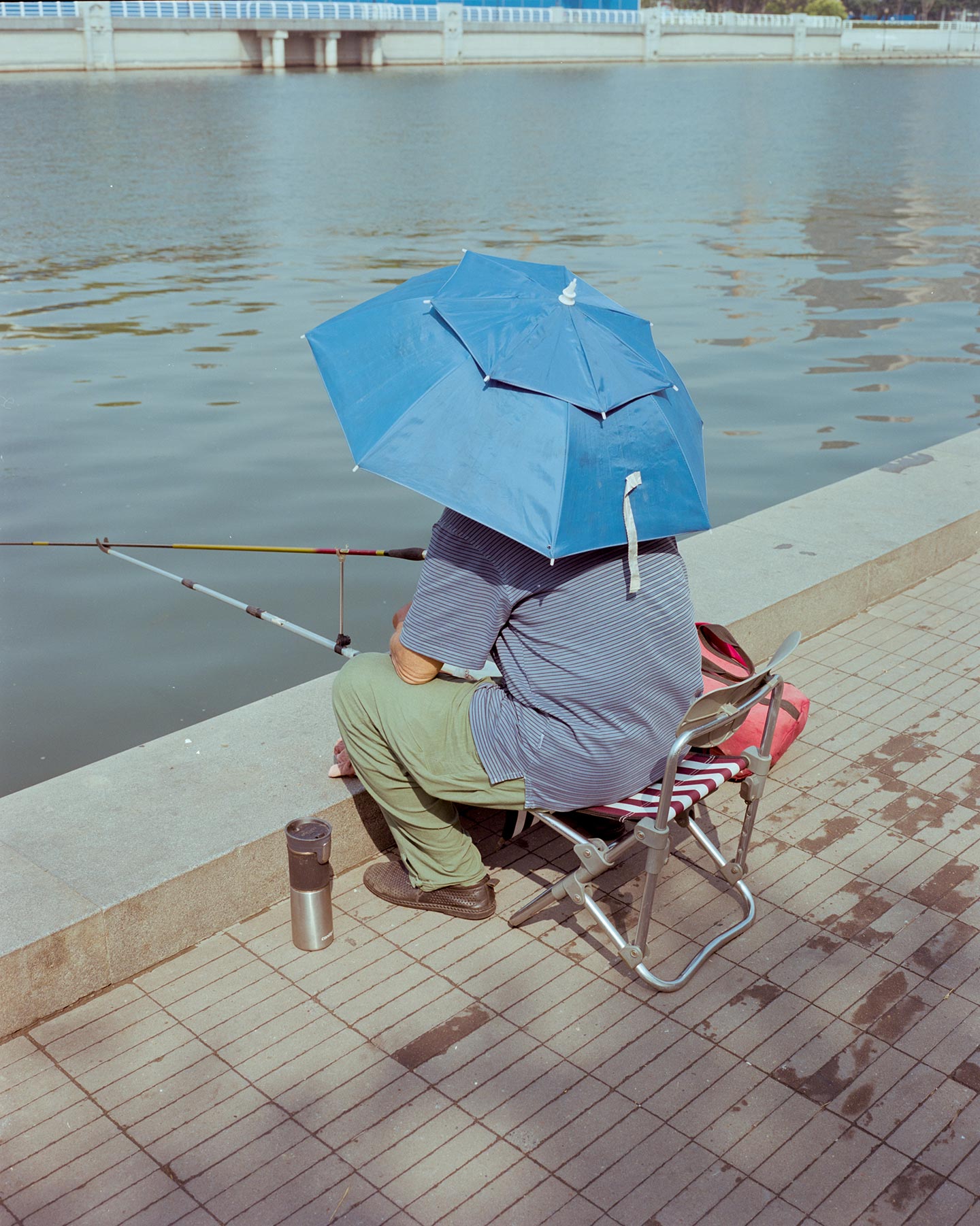 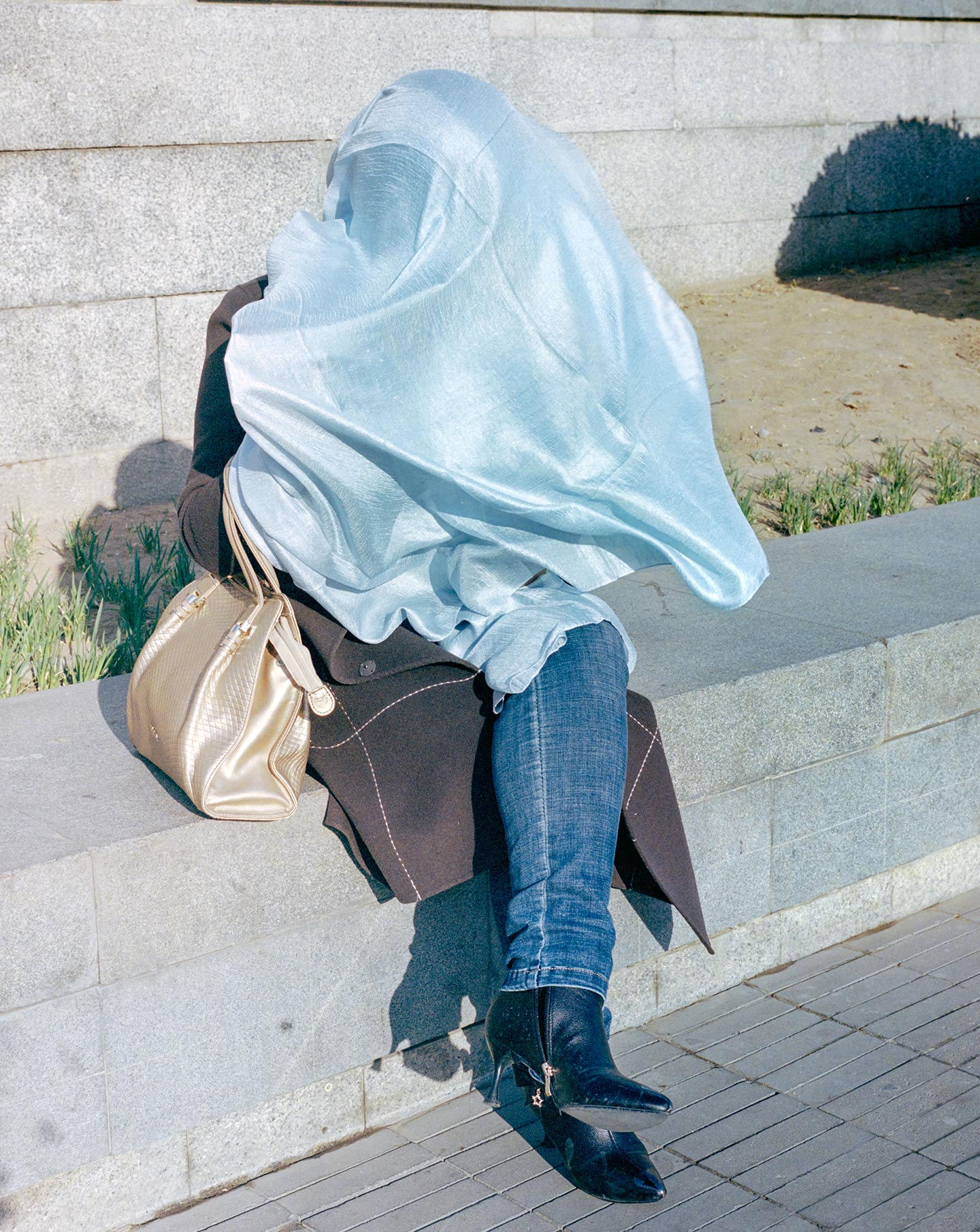 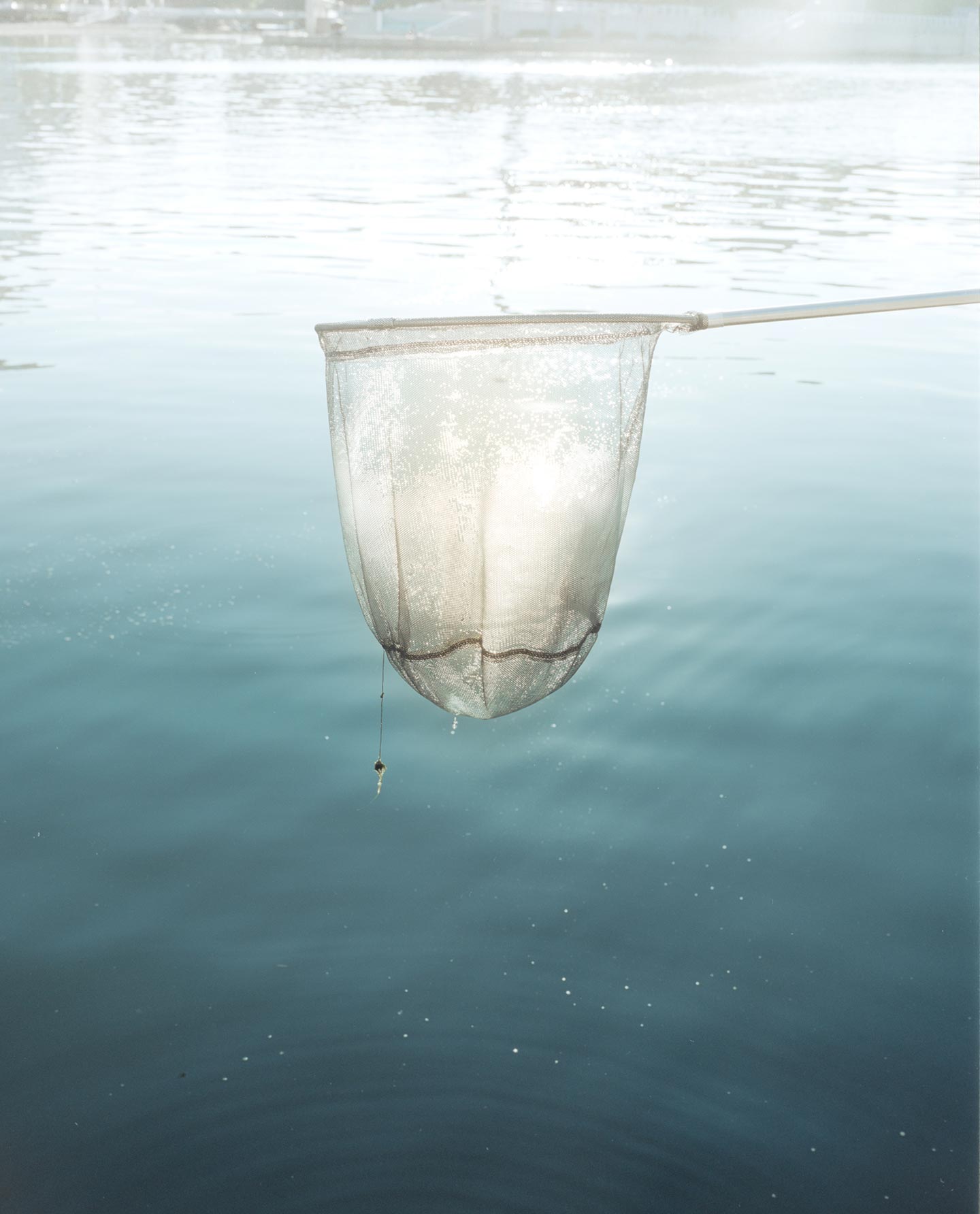 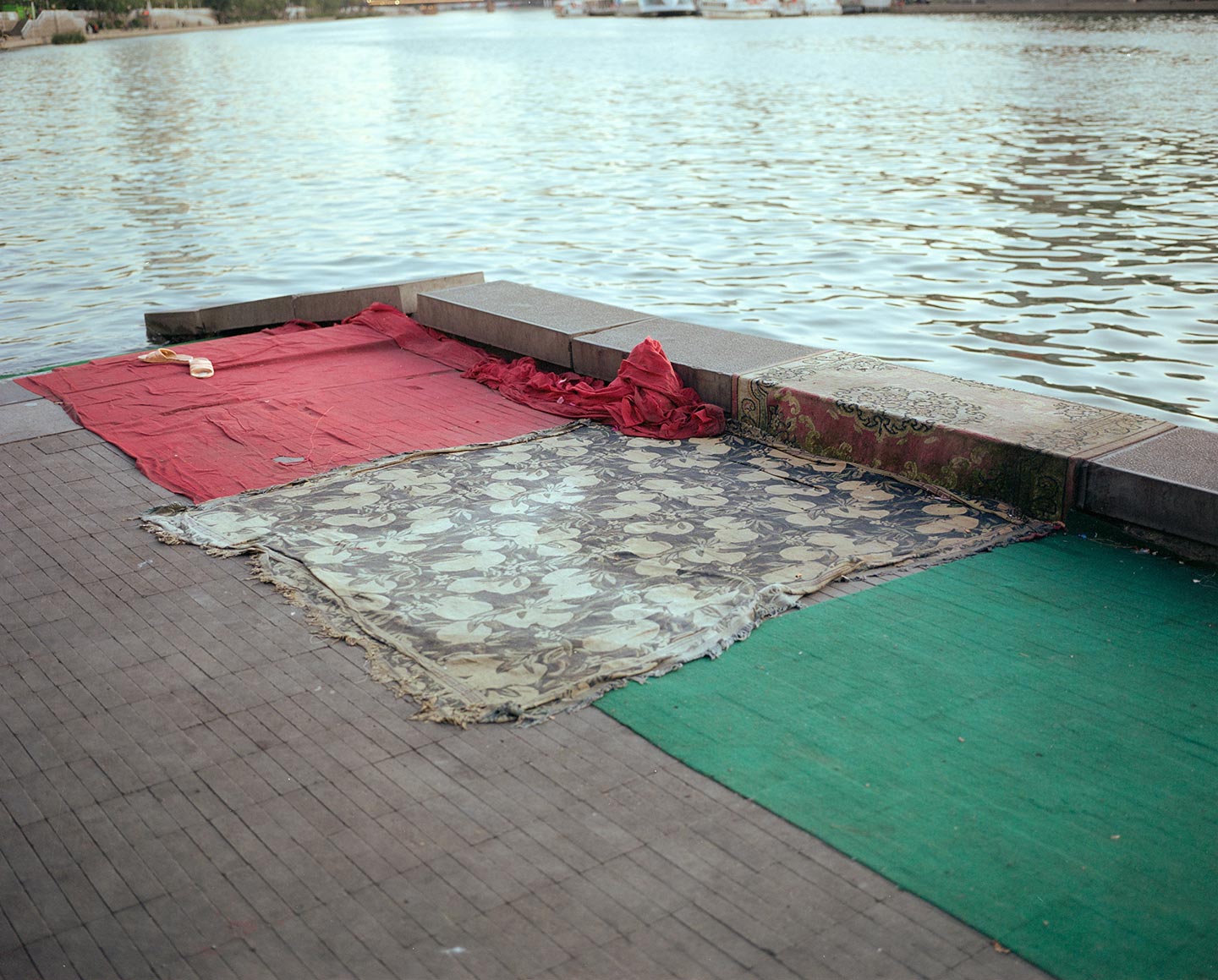 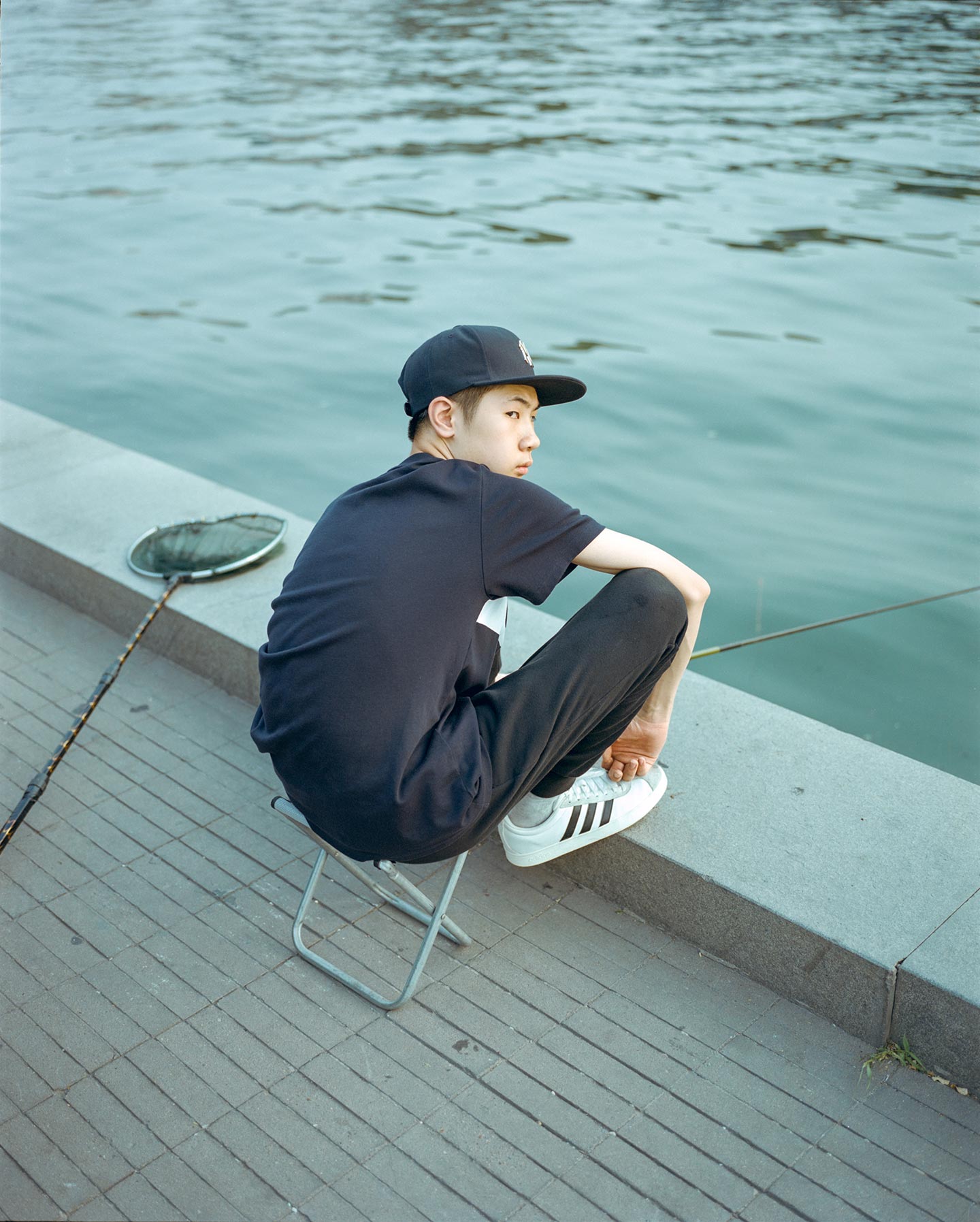 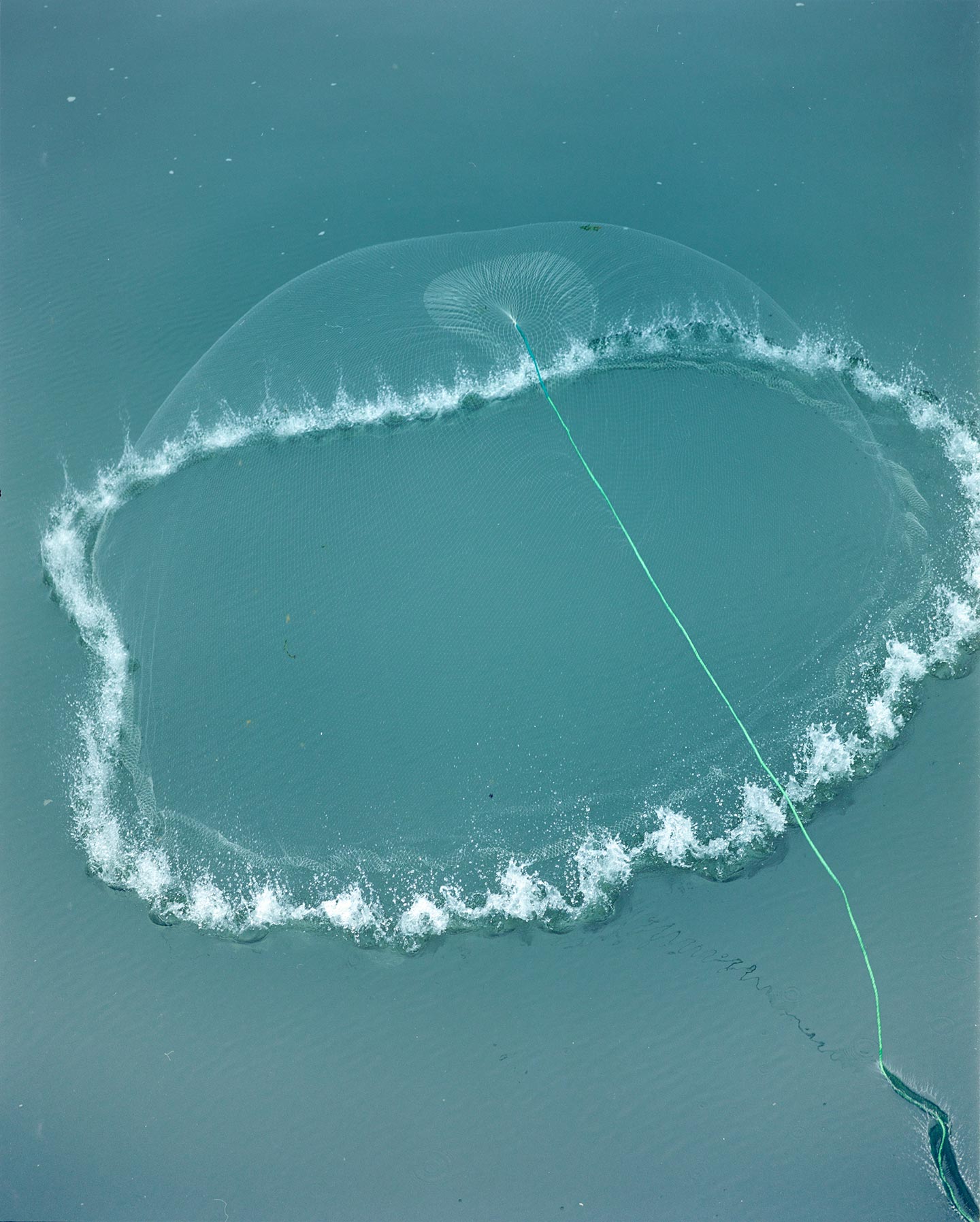 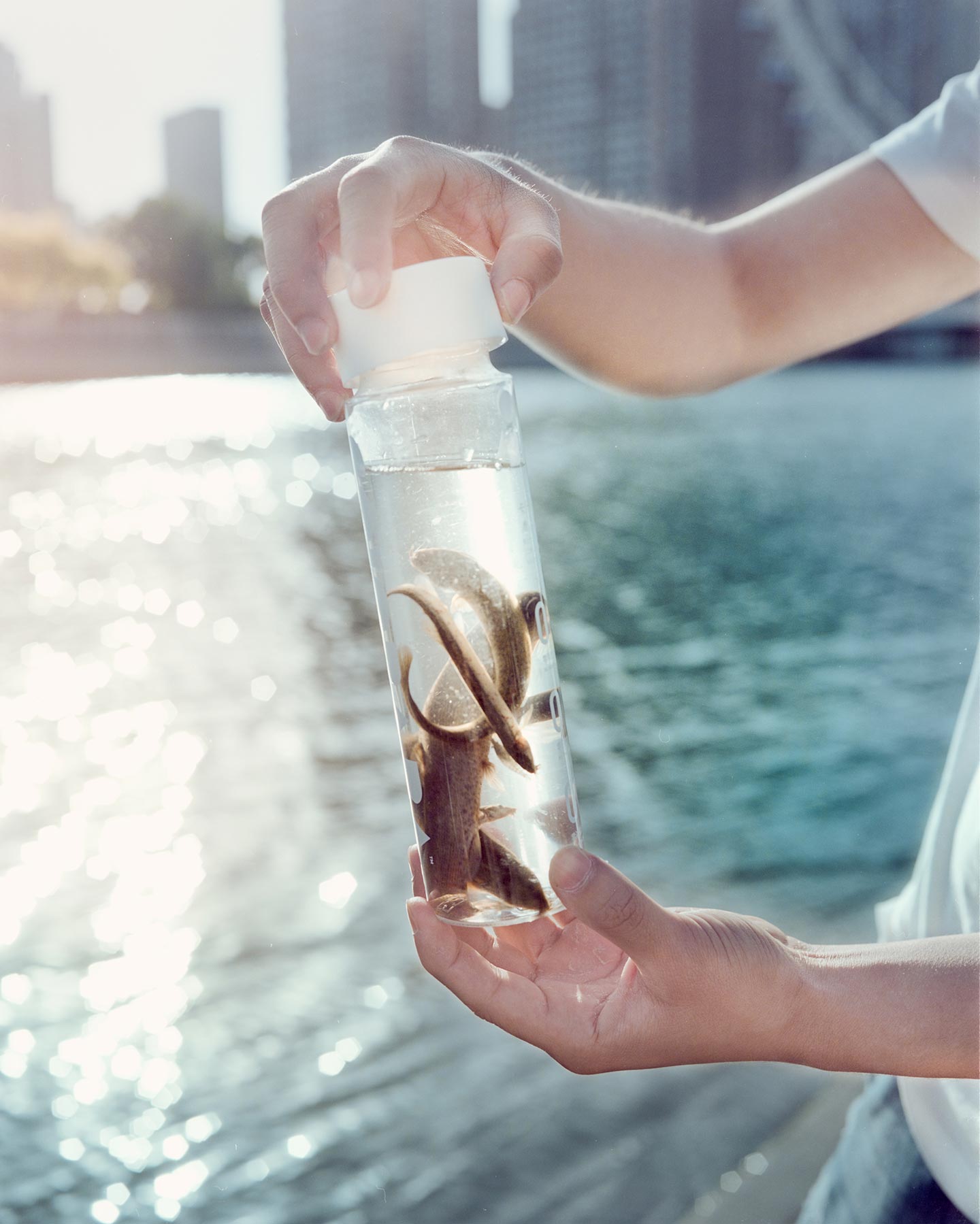 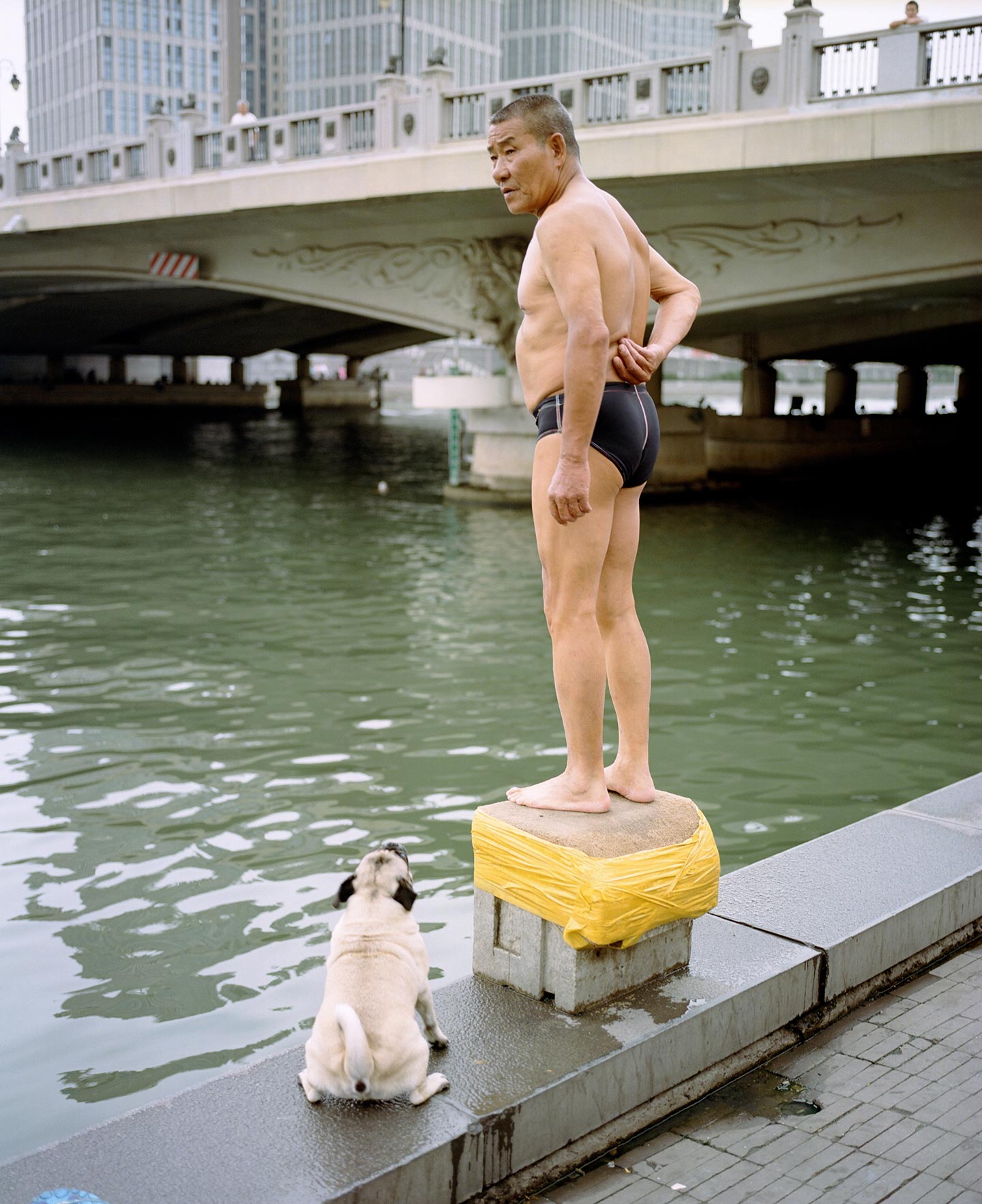 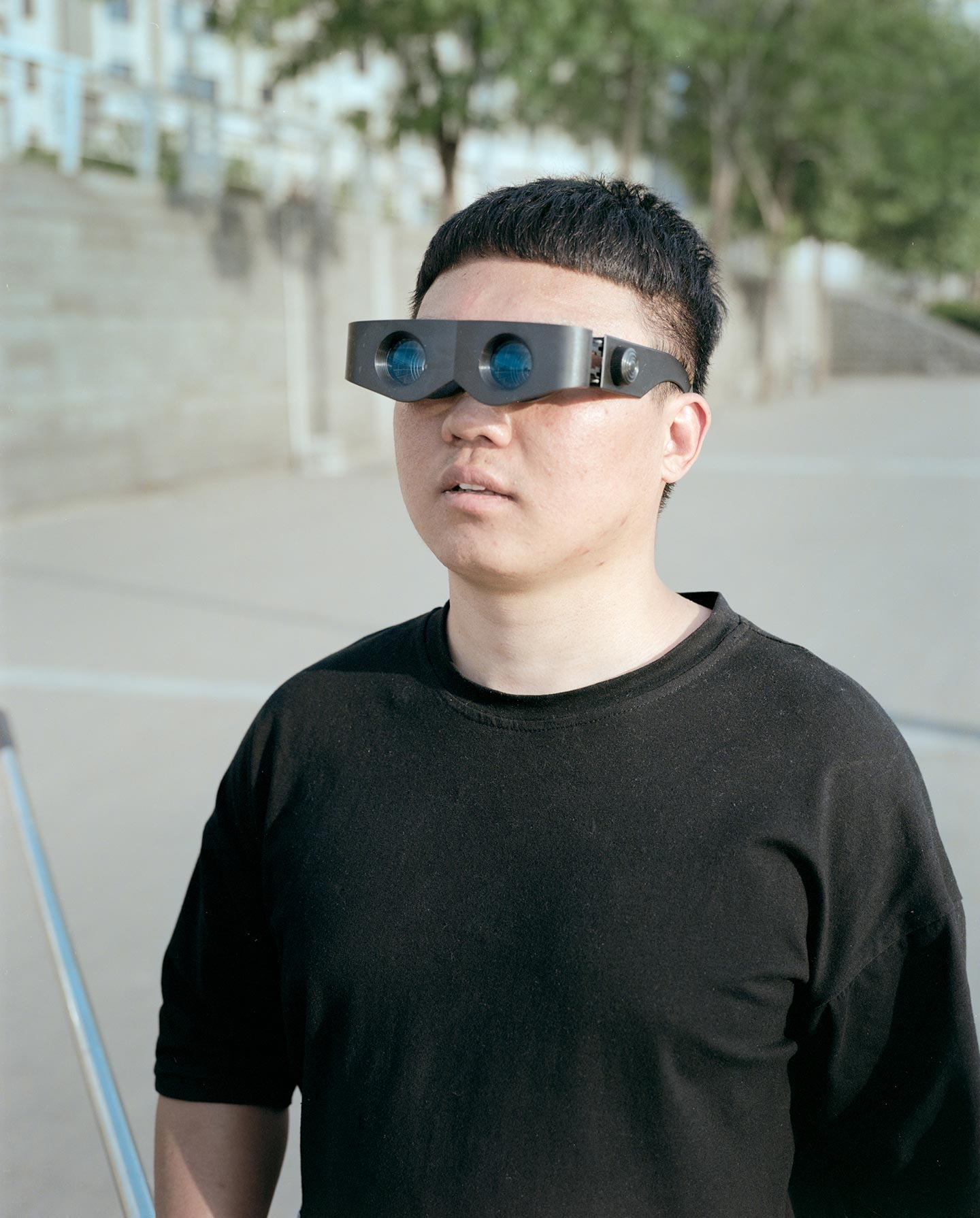 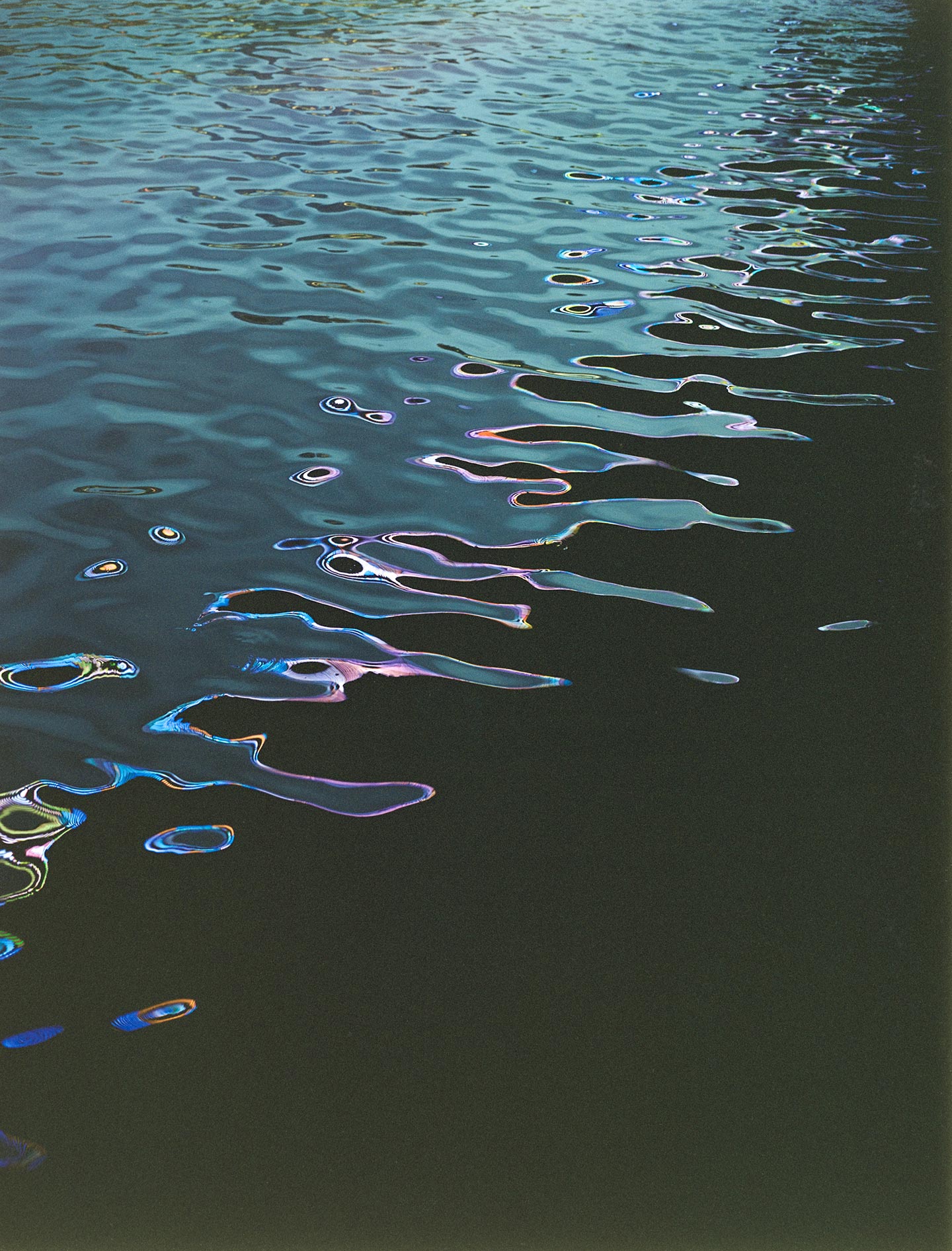 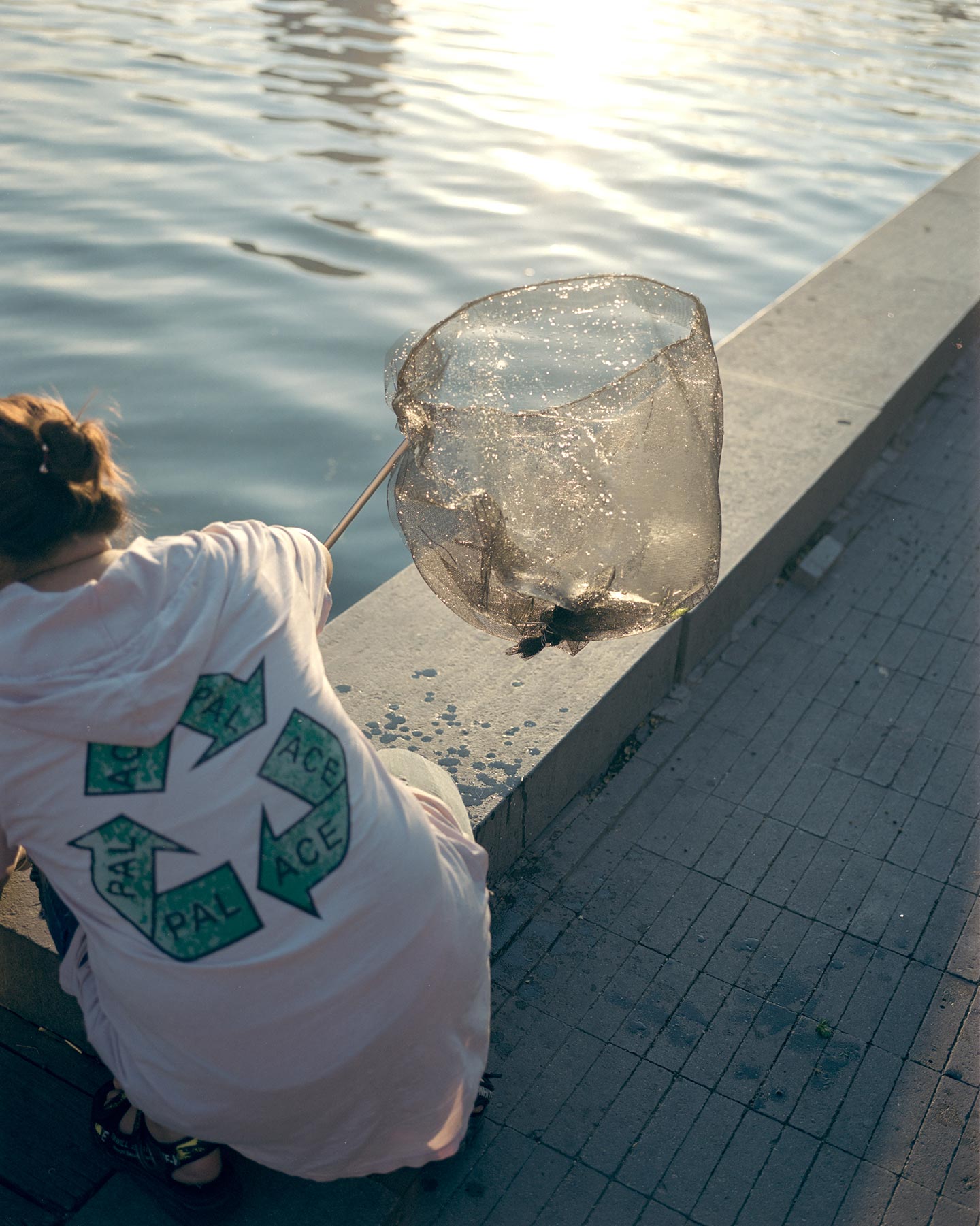 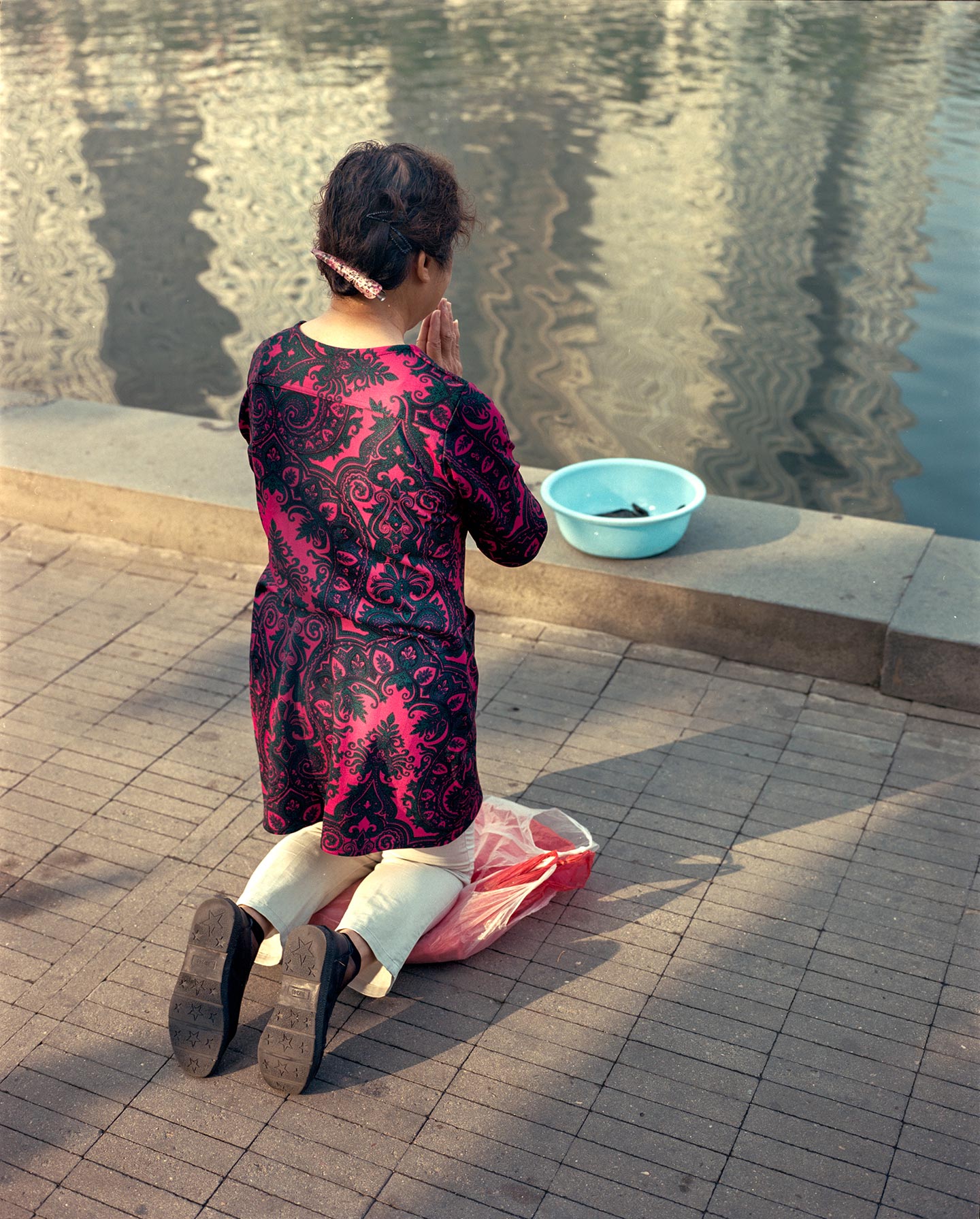 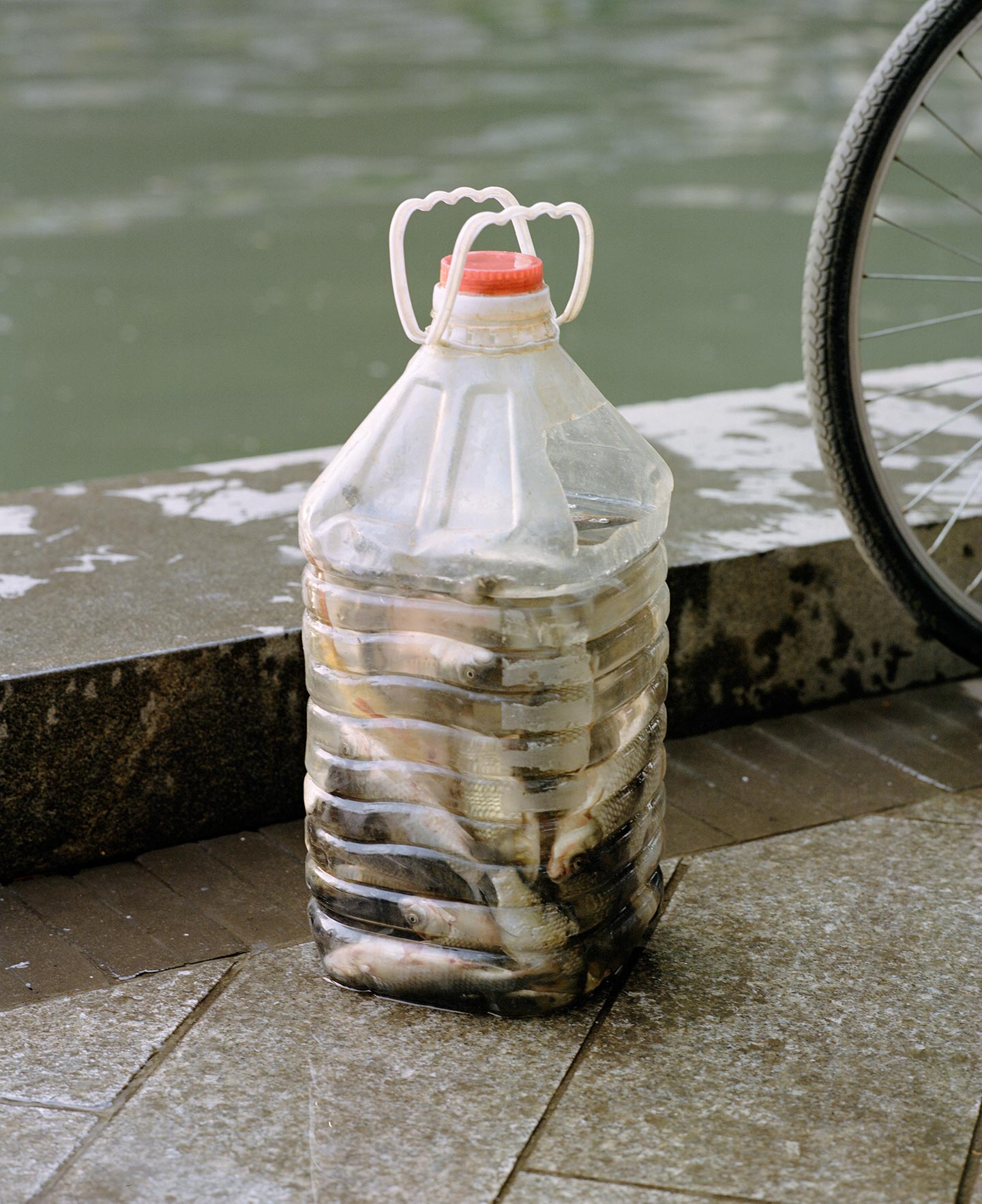 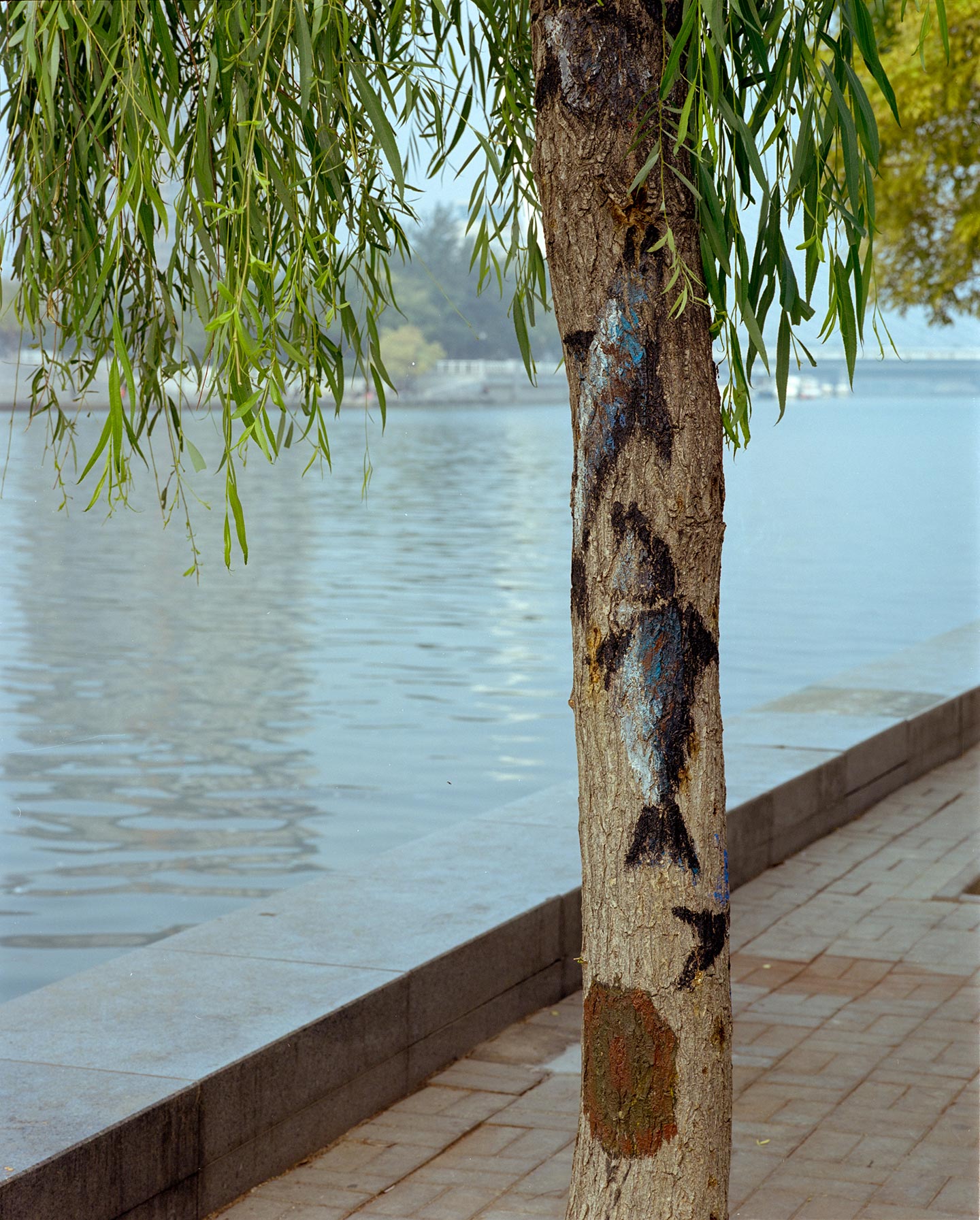 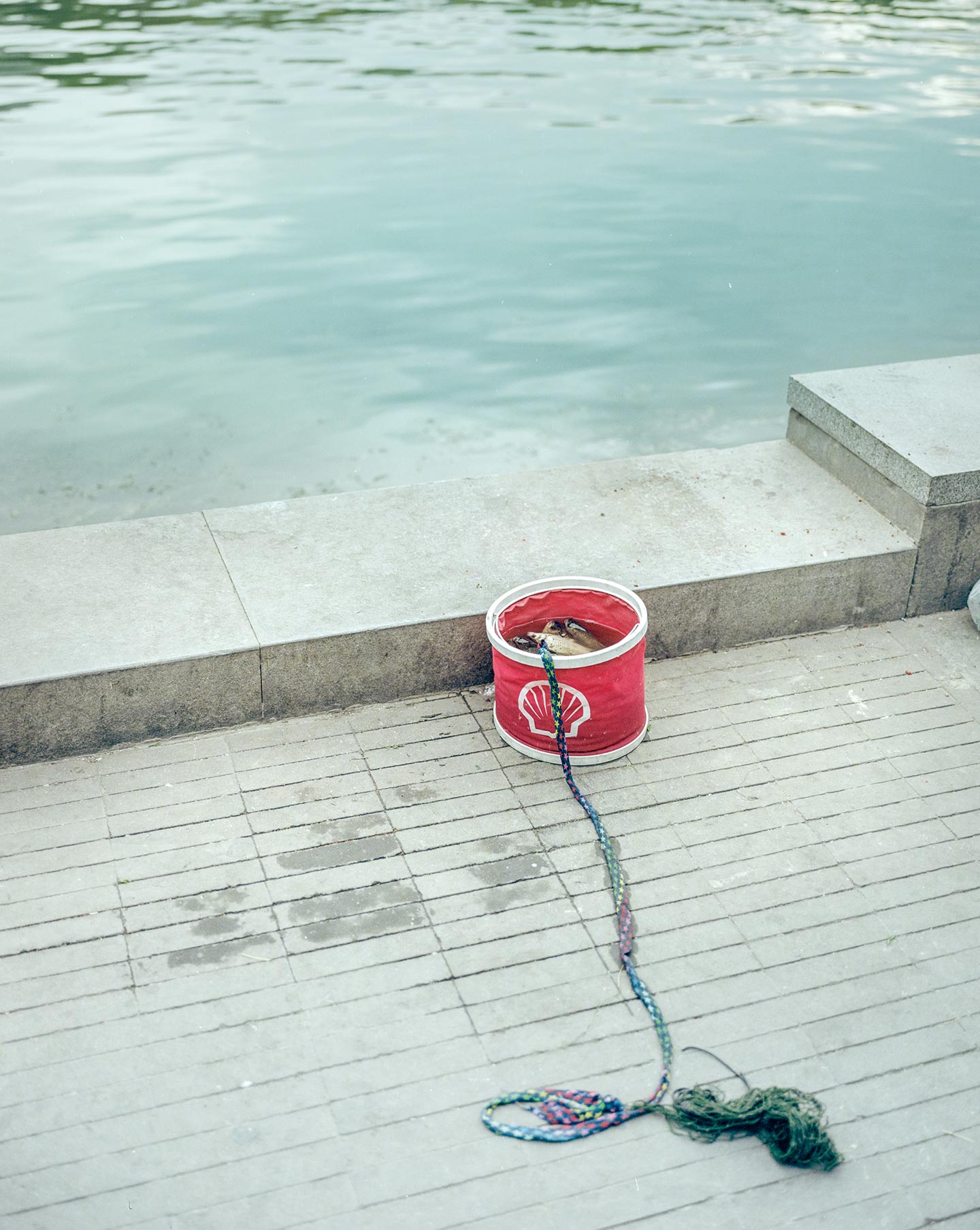 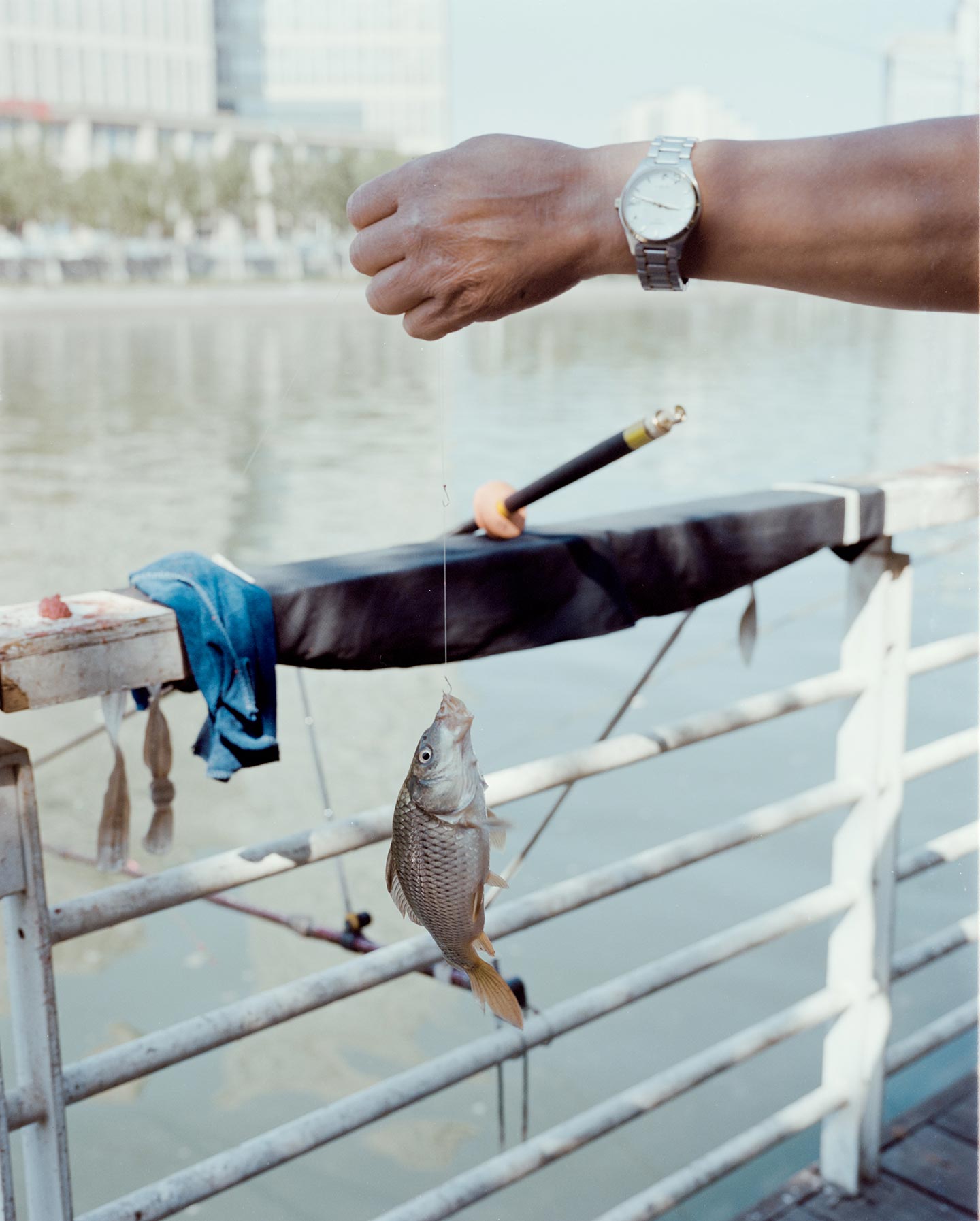 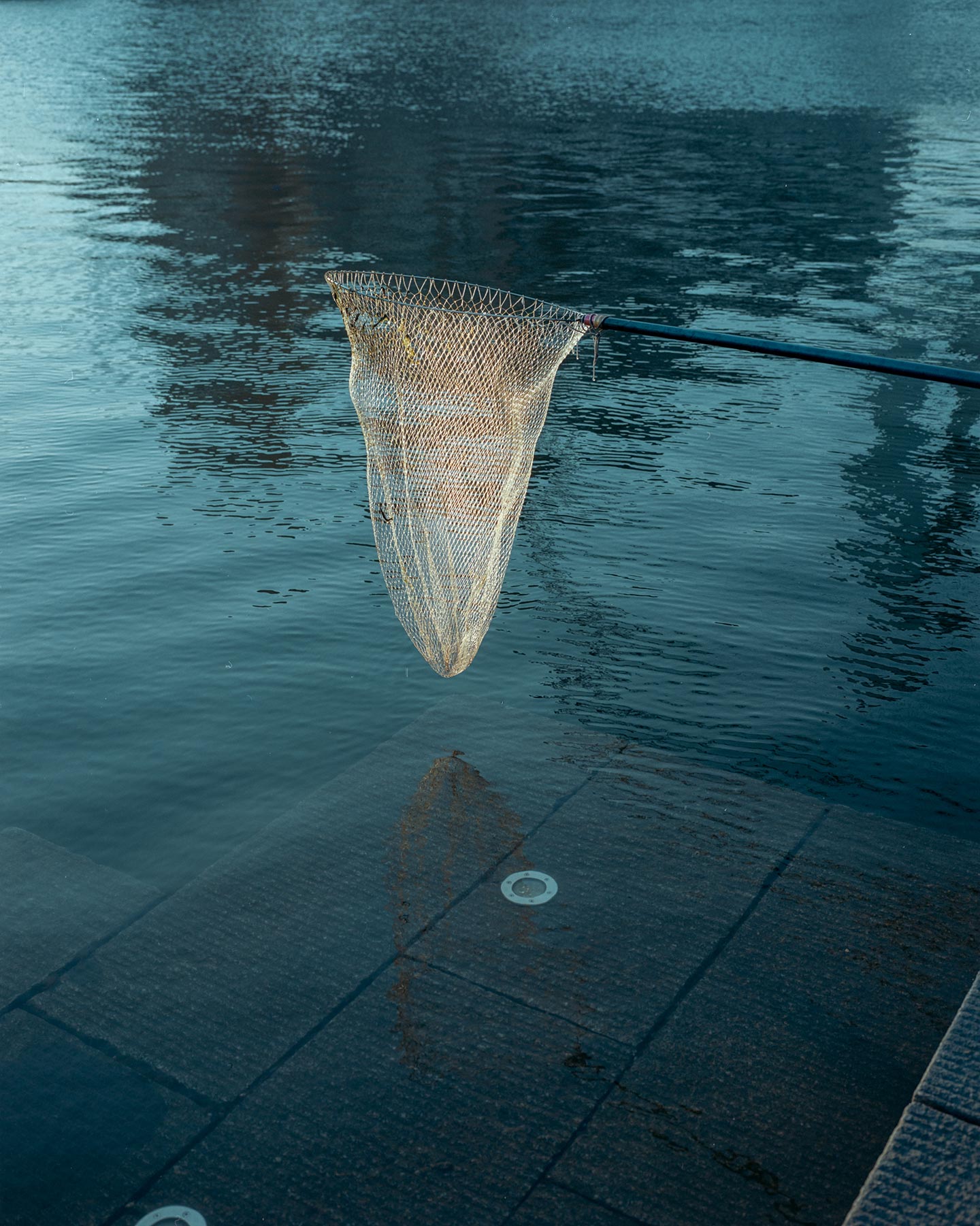 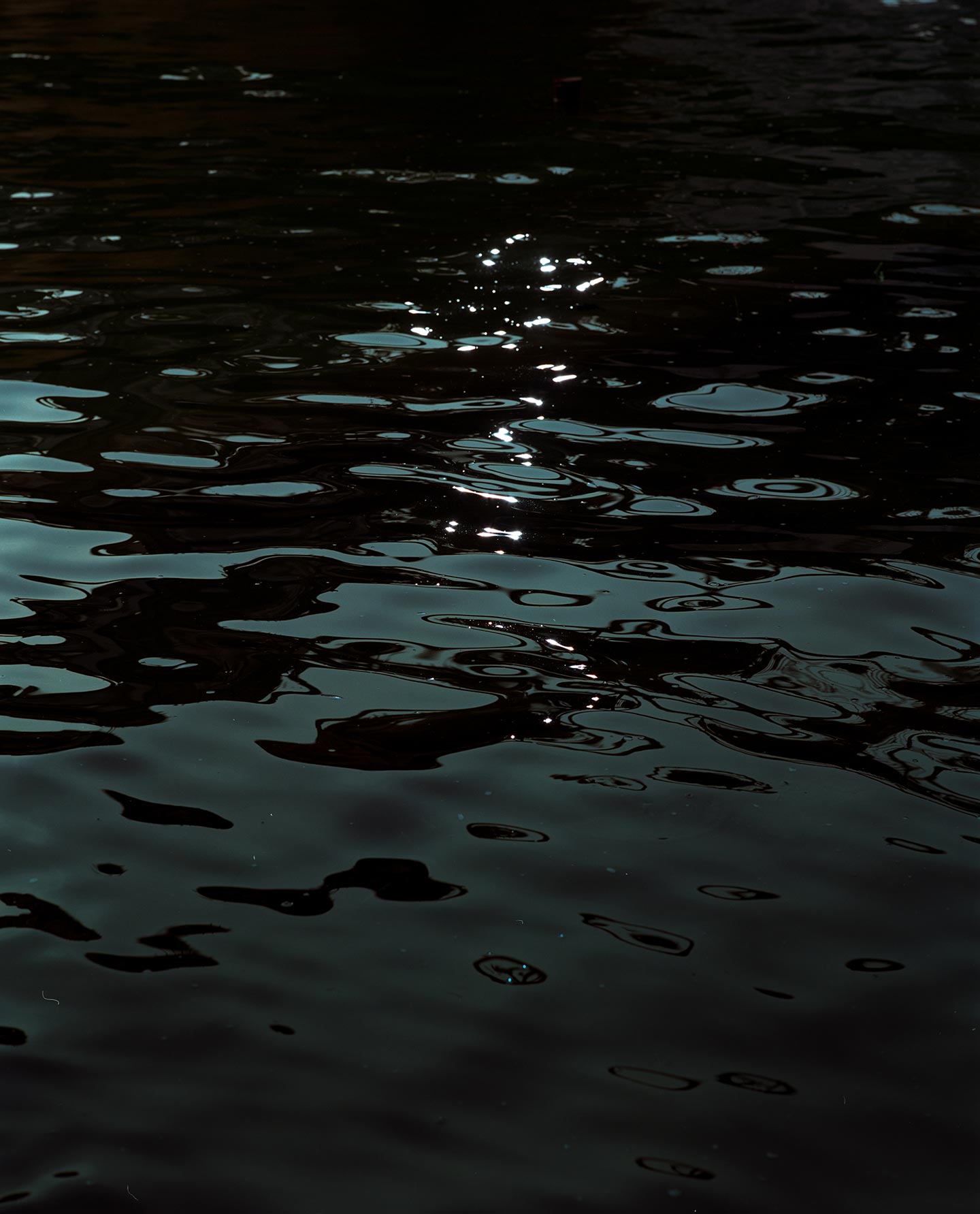 So Long and Thanks for All the Fish by Chinese photographer Tianxi Wang is a subjective reportage Tianxi shot on film during his customary walks along the Hai river, which runs through the city of Tianjin, China. The project (which is titled after the fourth book in The Hitchhiker’s Guide to the Galaxy book series) captures the people of Tianjin swimming in the river and catching fish, often with just a fishing net; however, Tianxi’s motivation behind the project was not so much to document the local fishing culture, but to pursue the sense of calm and relaxation that the he finds along the river.

Tianxi moved to Tianjin during a stressful time. He had previously lived in the USA for over seven years, until his visa was terminated when he decided to quit the art school he was enrolled in, and that had greatly disappointed him: “The director of the program seemed to have no interest in my works; many times I felt she didn’t really care about what I was making. I once heard her say something like ‘I don’t even need to see the students’ work, I just need to know how they talk about it.’ The entire program was designed to teach us how to give a good presentation of our works and how to write a fancy resume. We spent a lot of time making PowerPoint slides and practicing writing rather than making art. I know many schools organize group exhibitions of the students’ work at the end of the first year—at my school students share their works and ideas through PowerPoint presentations instead.” In a class, Tianxi verbalized his criticism: “We were discussing teaching, and I said no one can really teach art, and that I think that the purpose of art education is to support and inspire, not teach. She took my opinion as an offense.”

After some struggling, Tianxi decided to drop out: “To me, school should offer support, suggestions, inspiration and resources. I believe artists should spend enough time practicing and creating work, and that making art can’t be taught. I also believe there are some emotions that can’t be expressed with words, feelings that just can’t be spoken: that’s why we need art. Art is a different language.”

In Tianjin, Tianxi took the habit of walking along the river because he found it soothing: “I walk by the river everyday to seek healing and rest. The waters run very slow, the ripples look soft and smooth, and there’s some strange light reflecting on the surface. Somehow it helps me relax. Years ago when I lived in Saint Cloud, Minnesota, I would always walk around Lake George before it got dark. Water ripples comfort a stranger; water never rejects anyone. Watching water calms me down. I guess the light reflections and the shape of water distract me from my troubles and sorrow. Many random thoughts and fragments of memory pop up in my mind. Comfortable isolation. Sinking, very deep.” Tianxi has lived in many different places and “I always look for a safe zone where I can take walks and adjust. It is my habit. When I lived in Kyoto, I loved to walk along the Kamogawa river. In Lanzhou, my hometown, I often went to a bridge above the Yellow river.”

In general, the city of Tianxi, which has over 11 million inhabitants, suits him well as a living environment: “I have to say Tianjin is different than other metropolises that I’ve lived in and that are very fast-paced—places such as New York, Tokyo, Hong Kong, Beijing and Shanghai. Tianjin is very slow. People fish and swim in the Hai river, even at night, even in winers. It is a sort of paradise.”

Tianxi’s photography is generally inspired by literature—novels such as The Castle by Franz Kafka and The Stranger by Albert Camus—and music (“Every single piece of my work has a background music“). The list of songs he listens to when walking along the river includes You Can’t Go Home Again by Chet Baker and Paul Desmond, What Are You Doing the Rest of Your Life? by Bill Evans, Green Light by Craig Armstrong and the full album Sleep by Max Richter. Some of his favorite contemporary photographers are Paul Graham, Uta Barth, Stephen Shore, William Eggleston, Yamamoto Masao, Alec Soth and Gregory Halpern. The last photobook he bought was I Know How Furiously Your Heart Is Beating by Alec Soth, and the next he’d like to buy is A Shimmer of Possibility by Paul Graham.