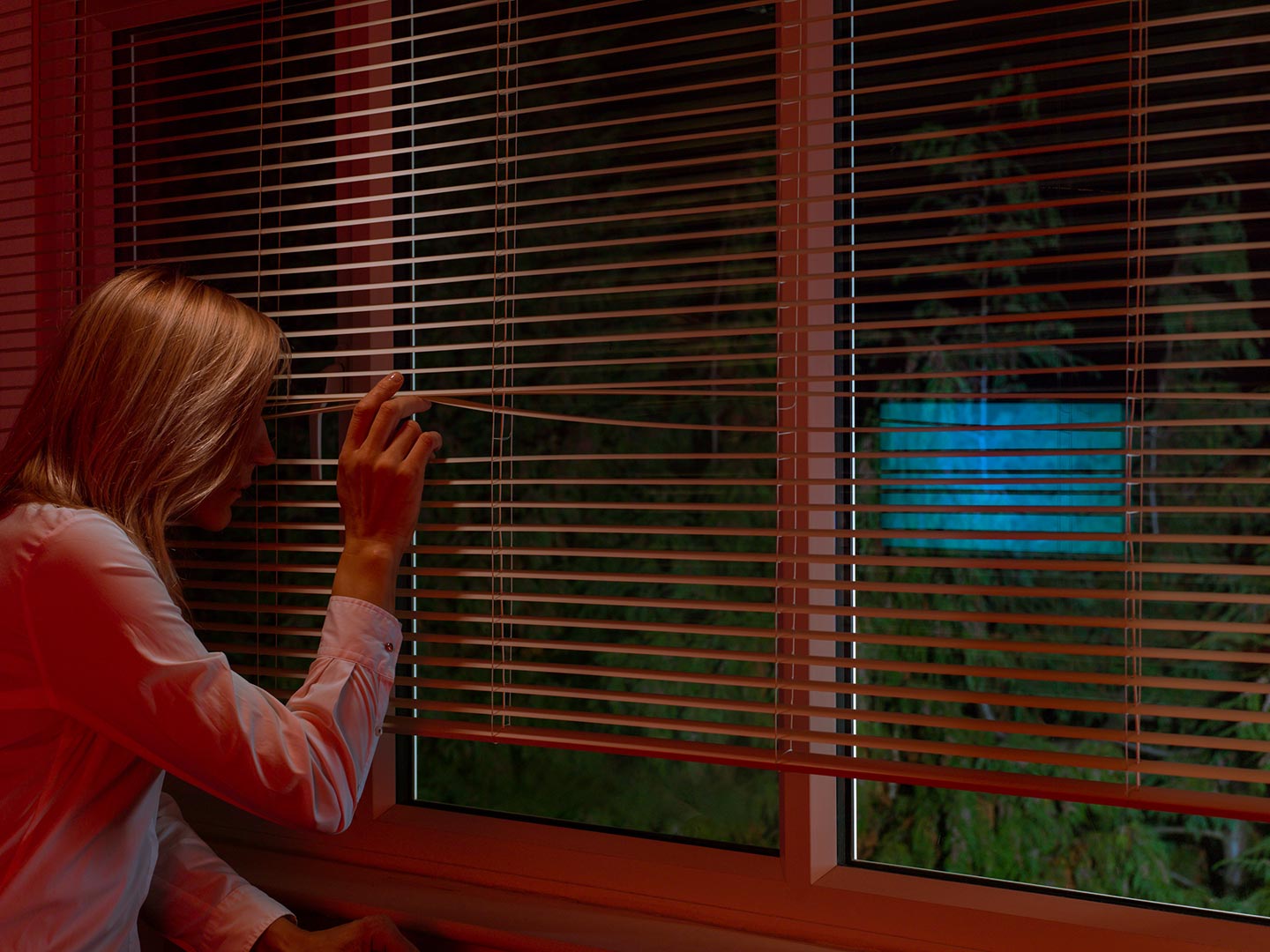 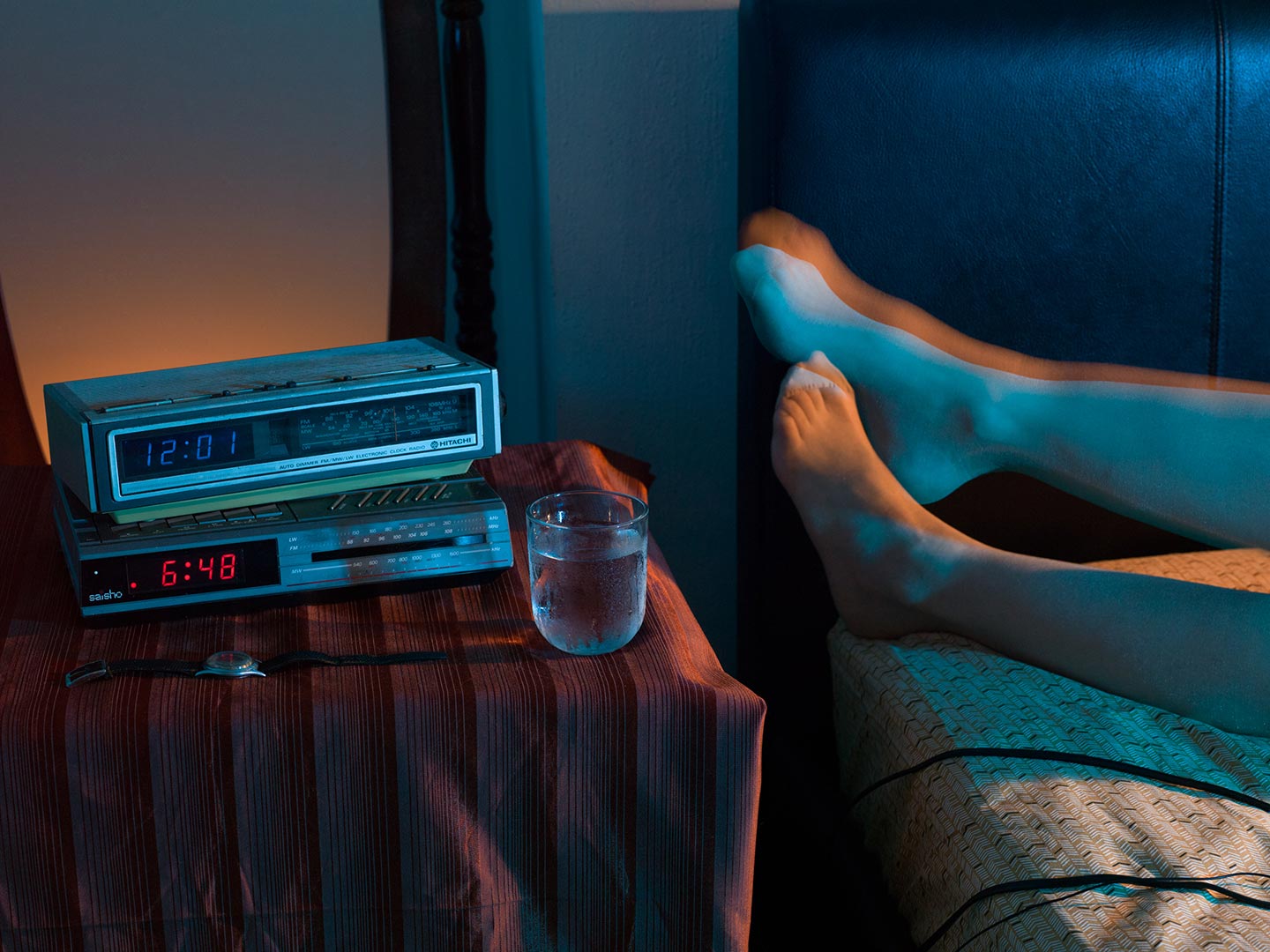 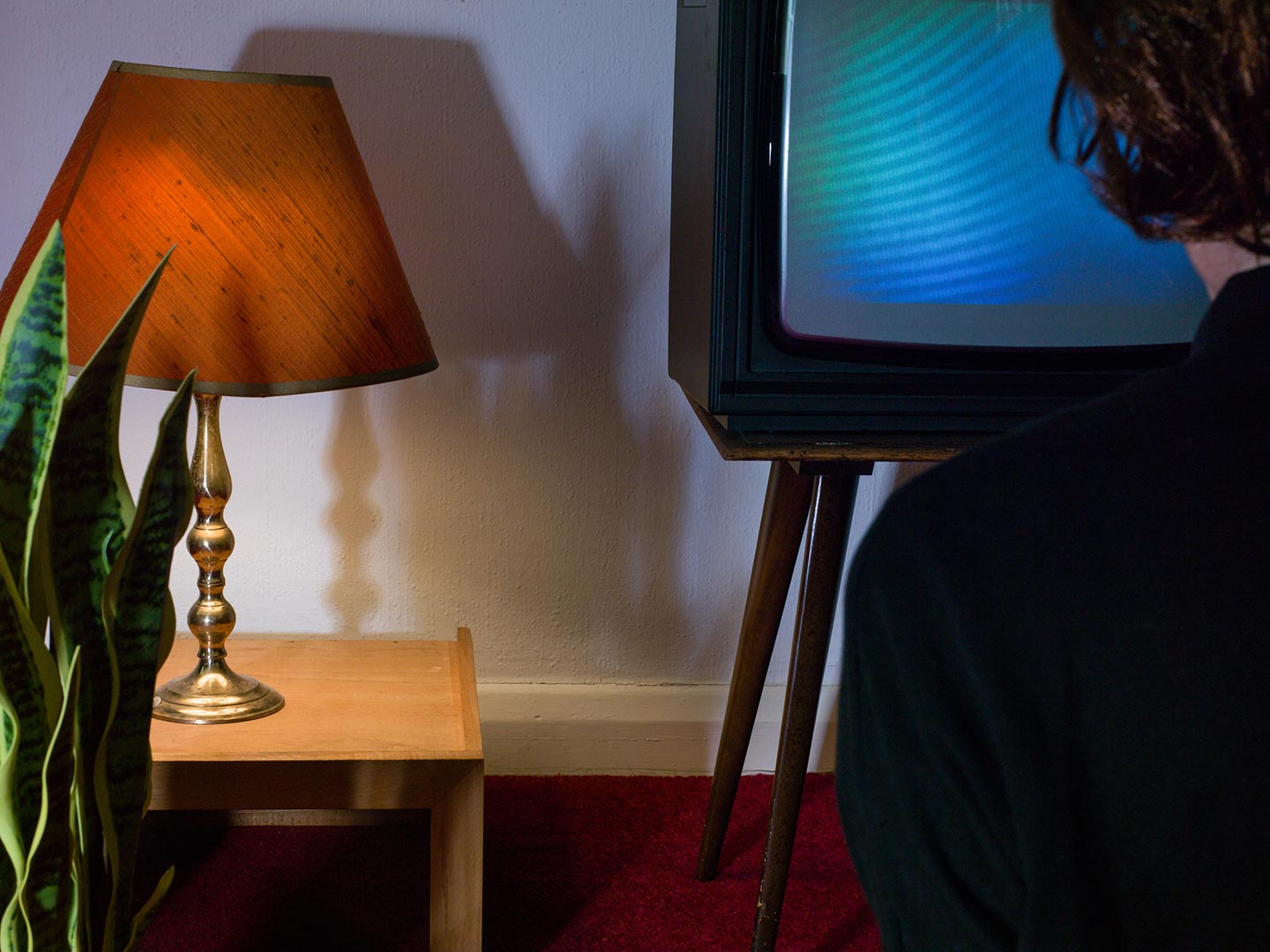 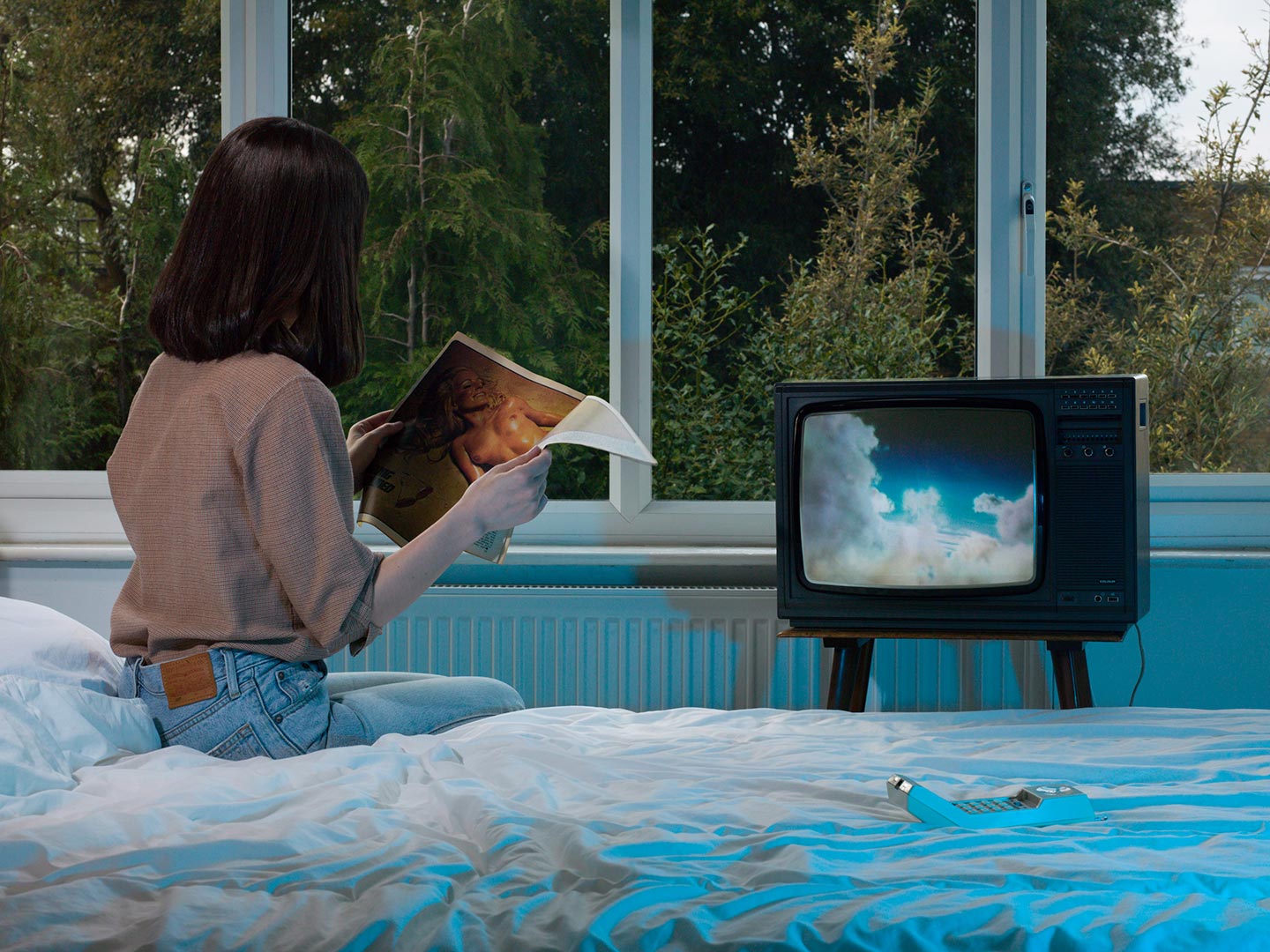 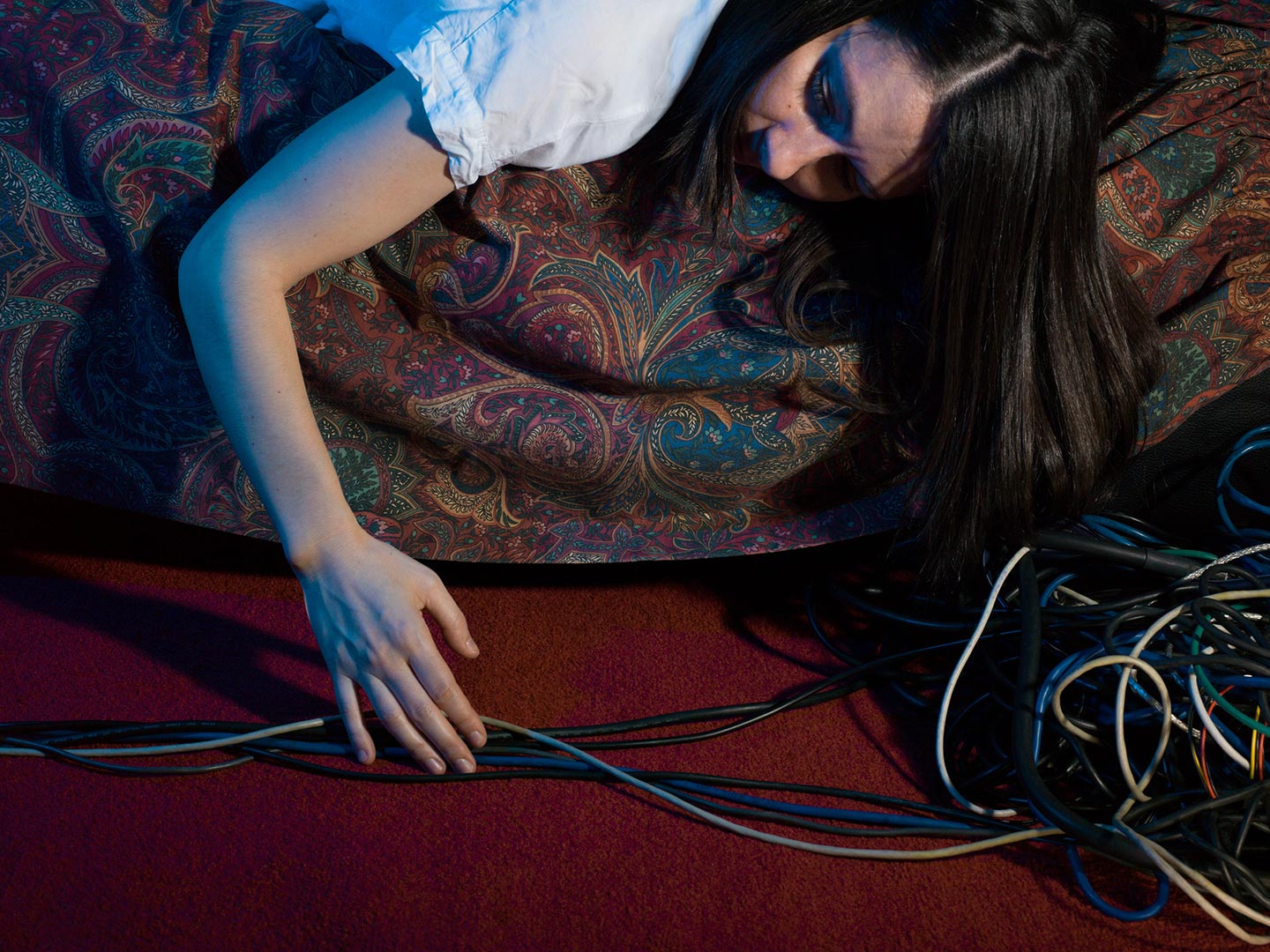 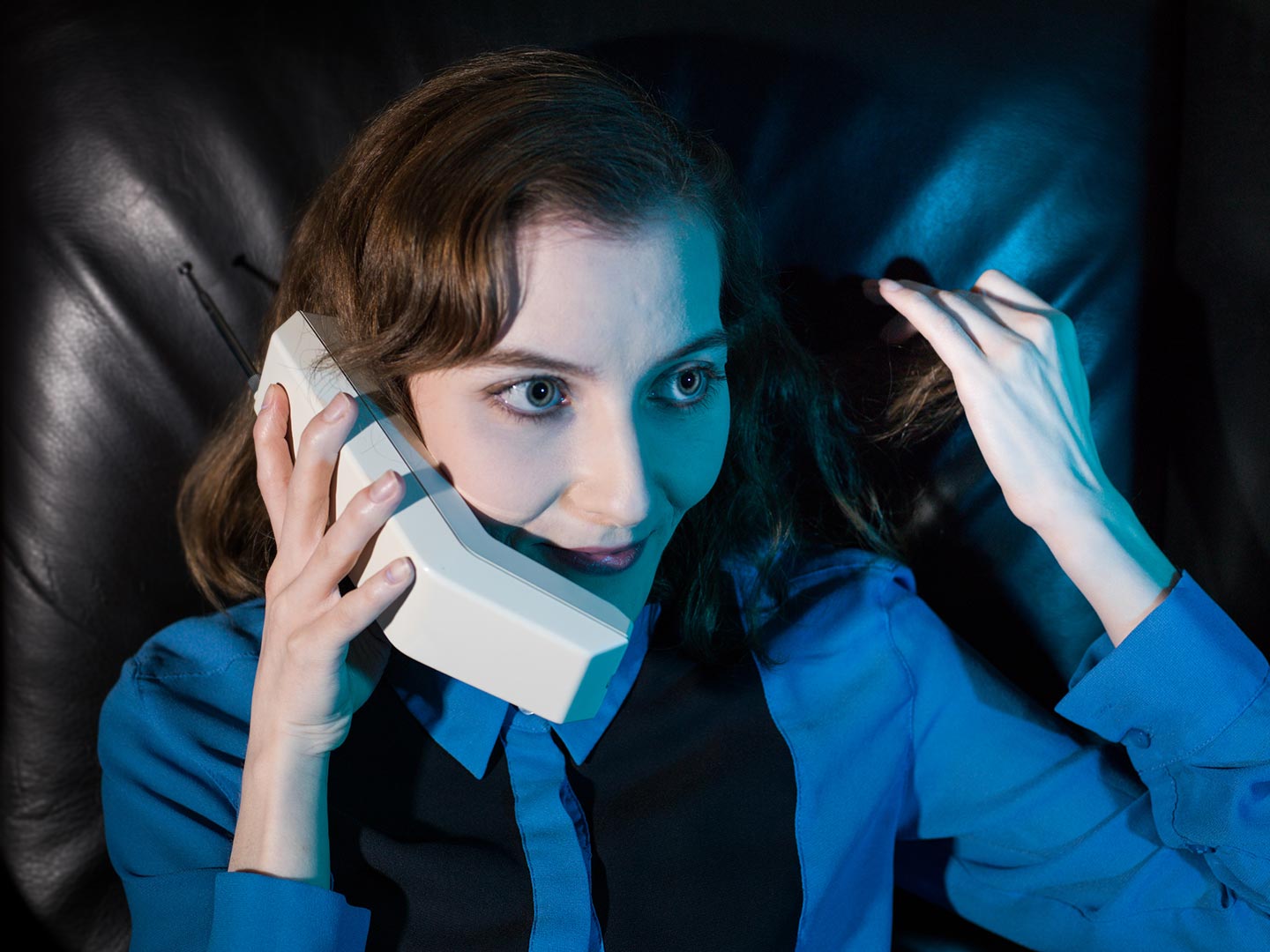 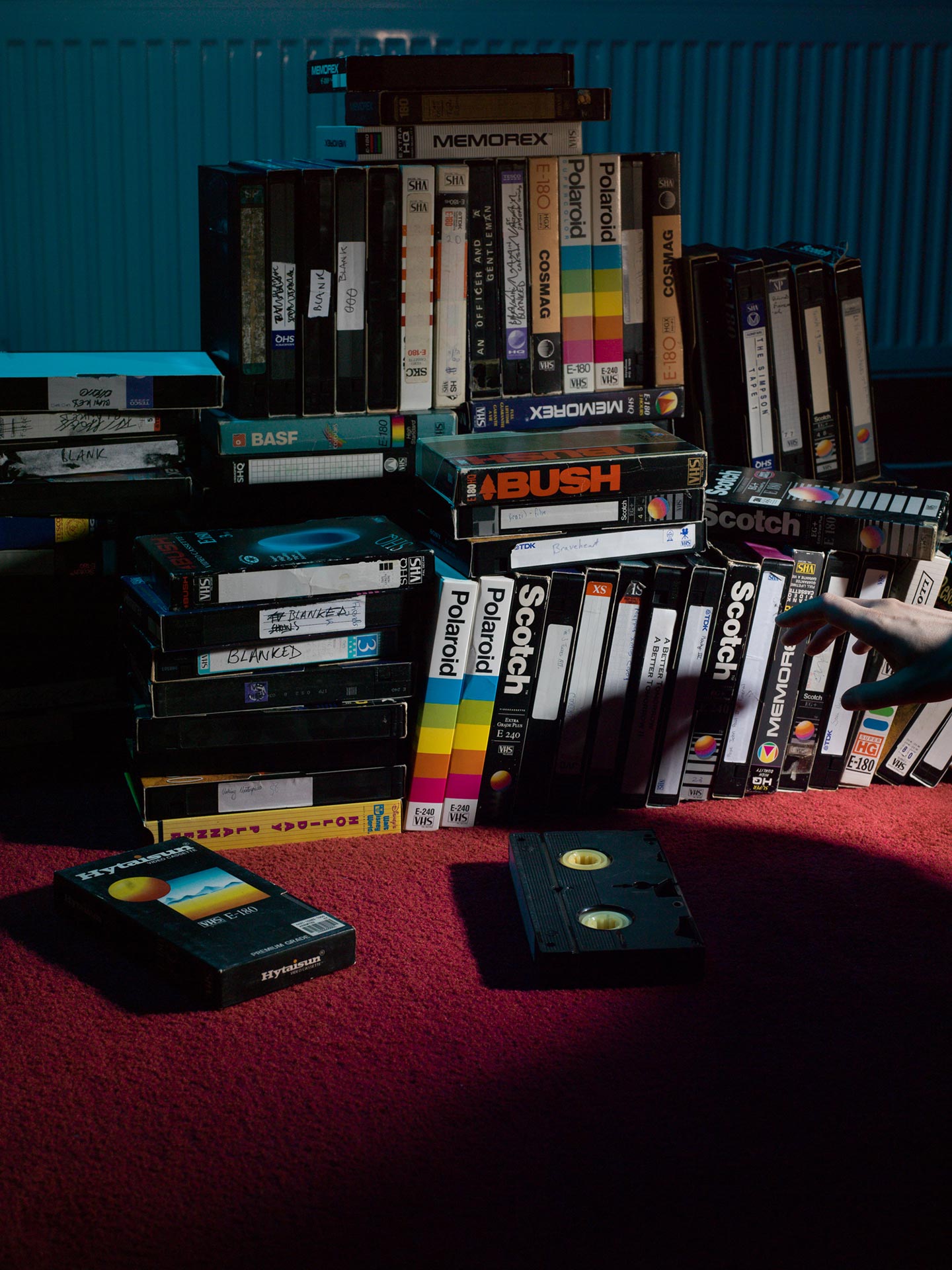 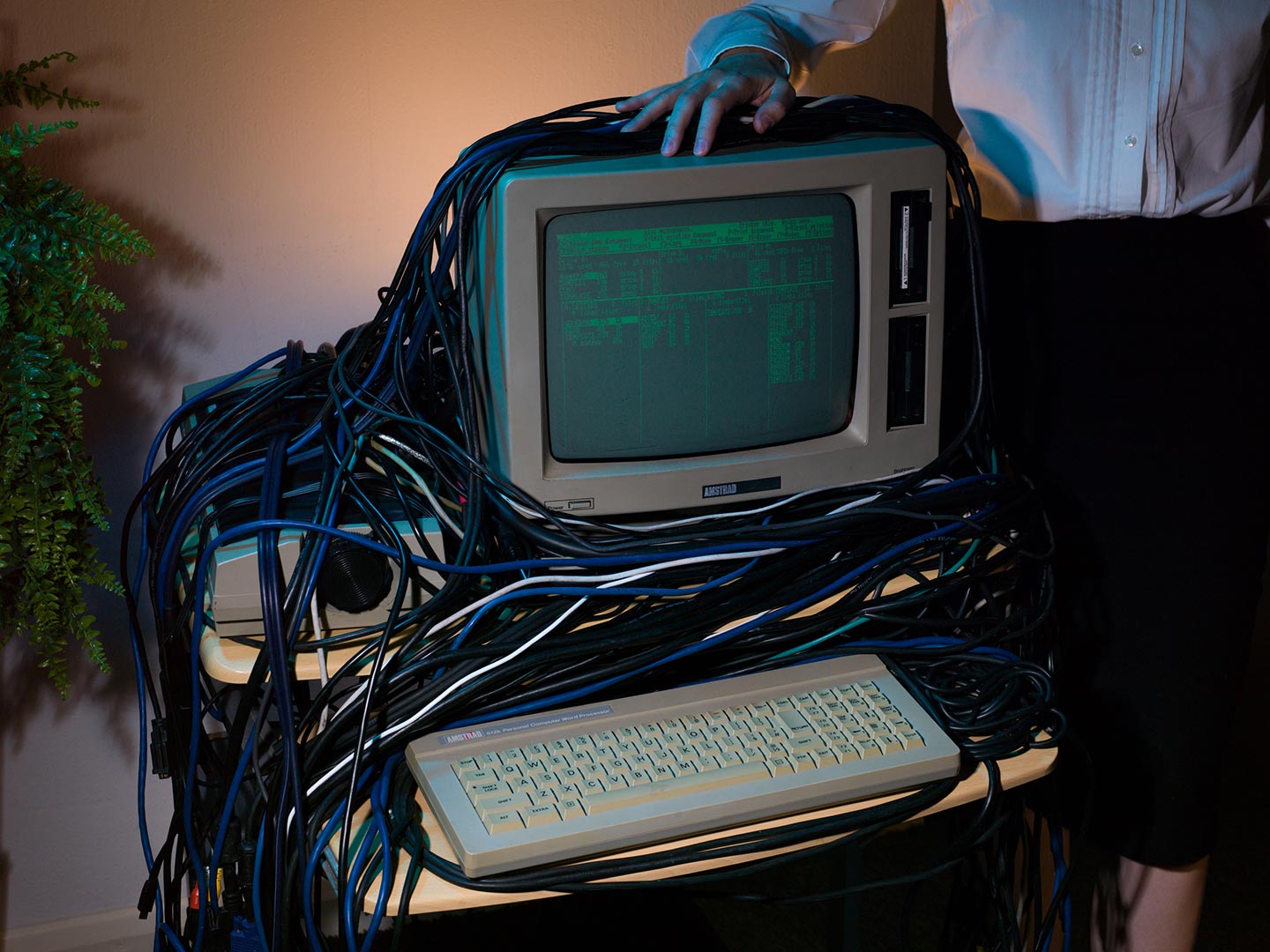 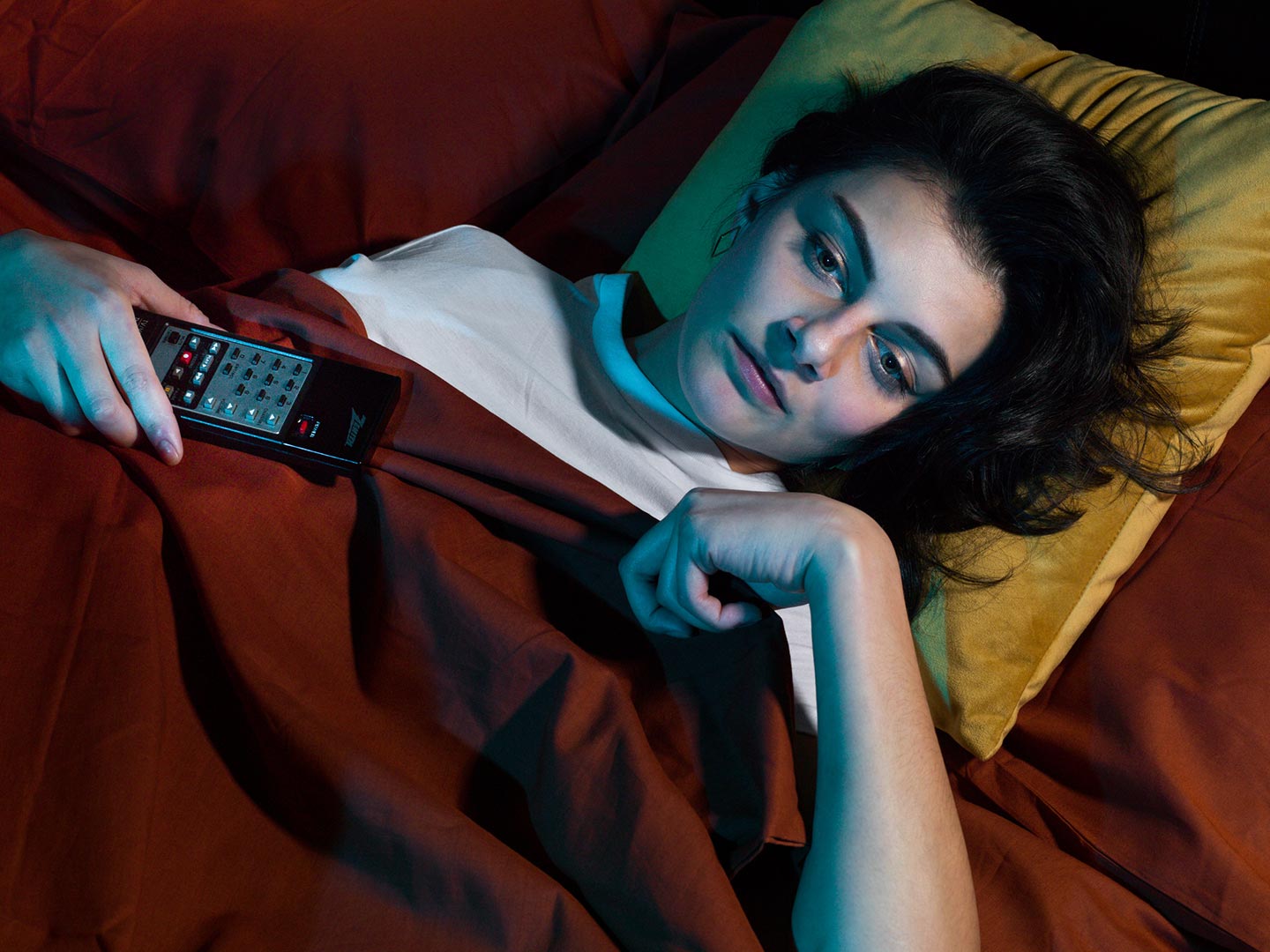 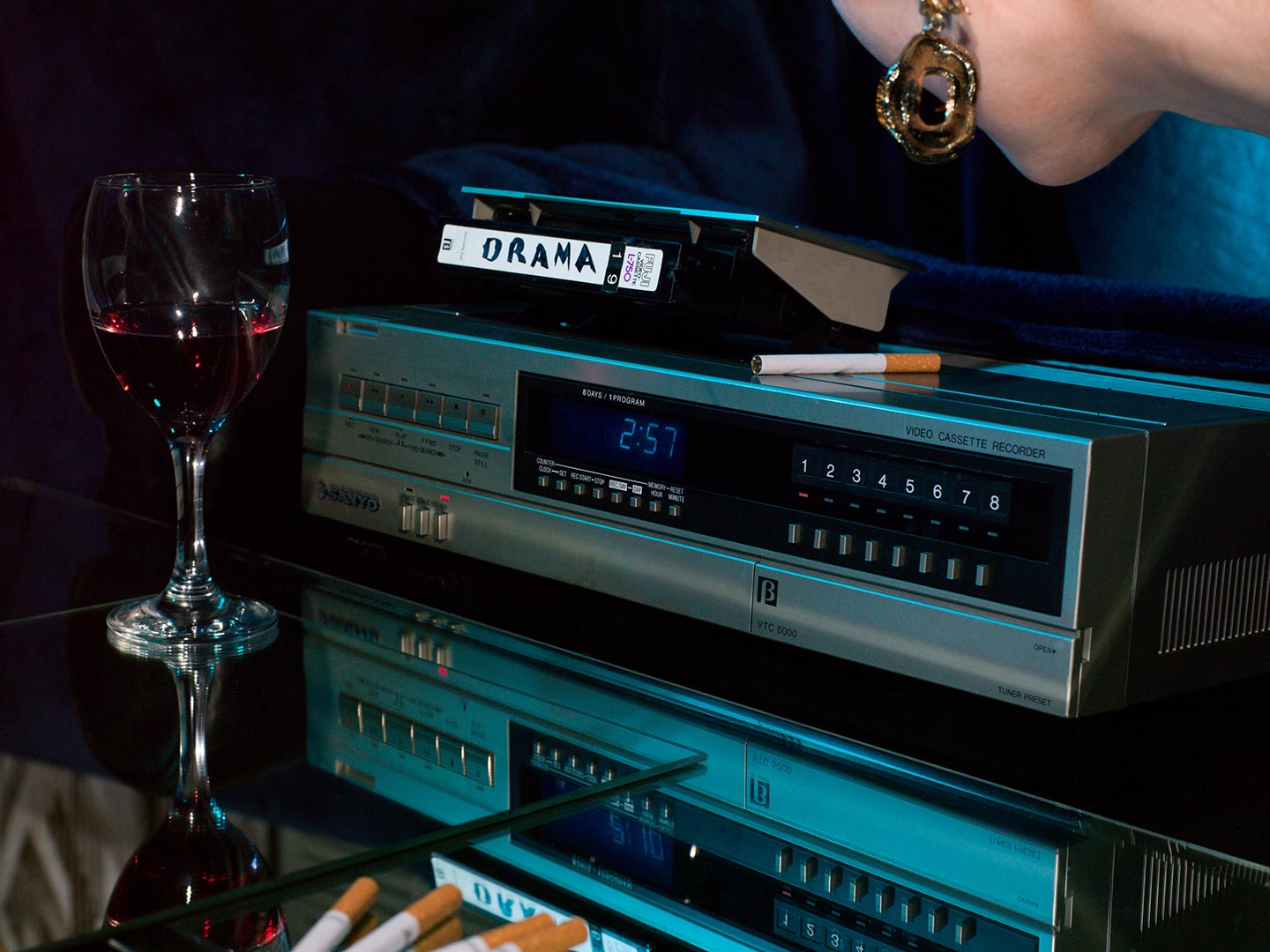 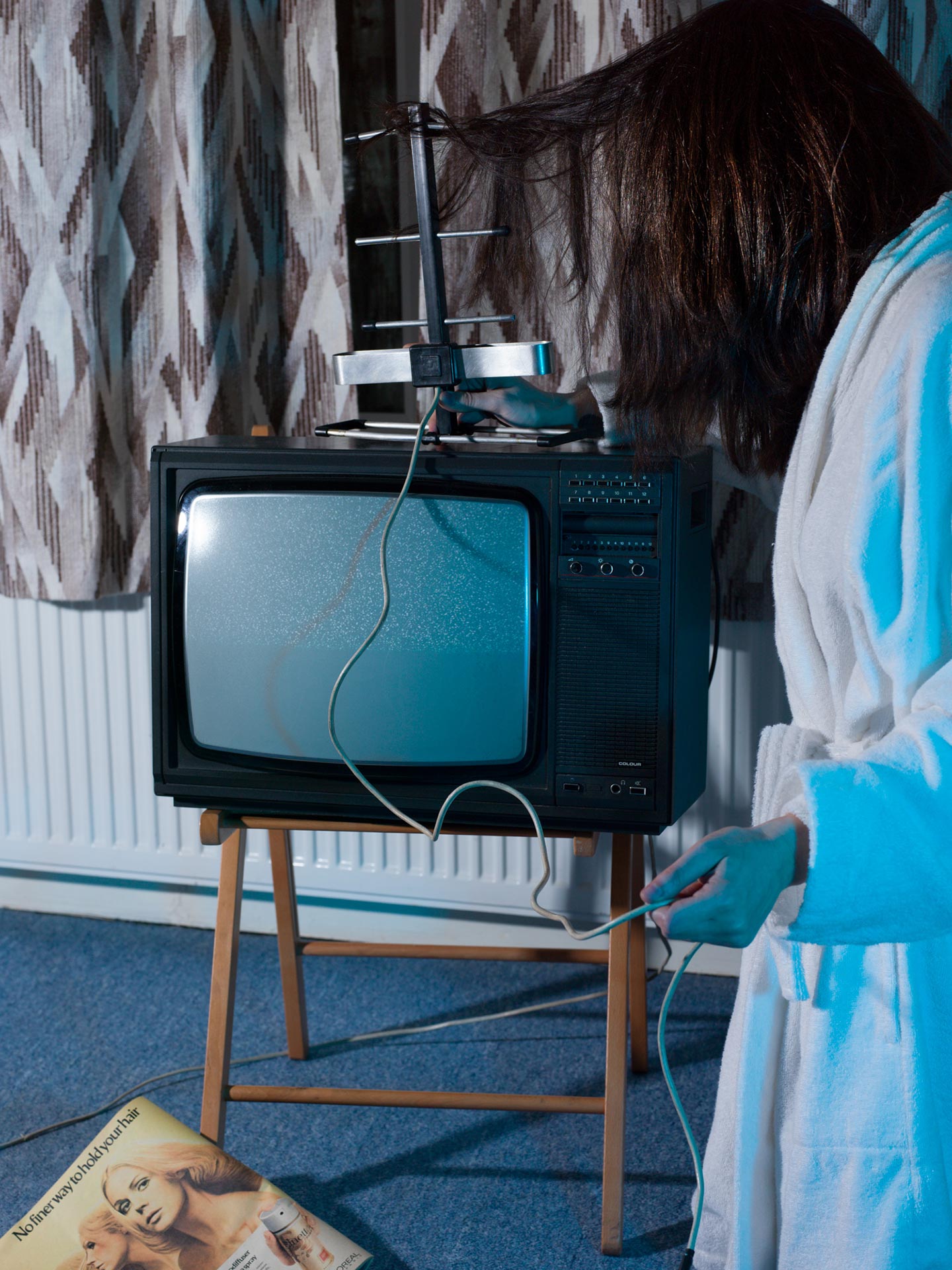 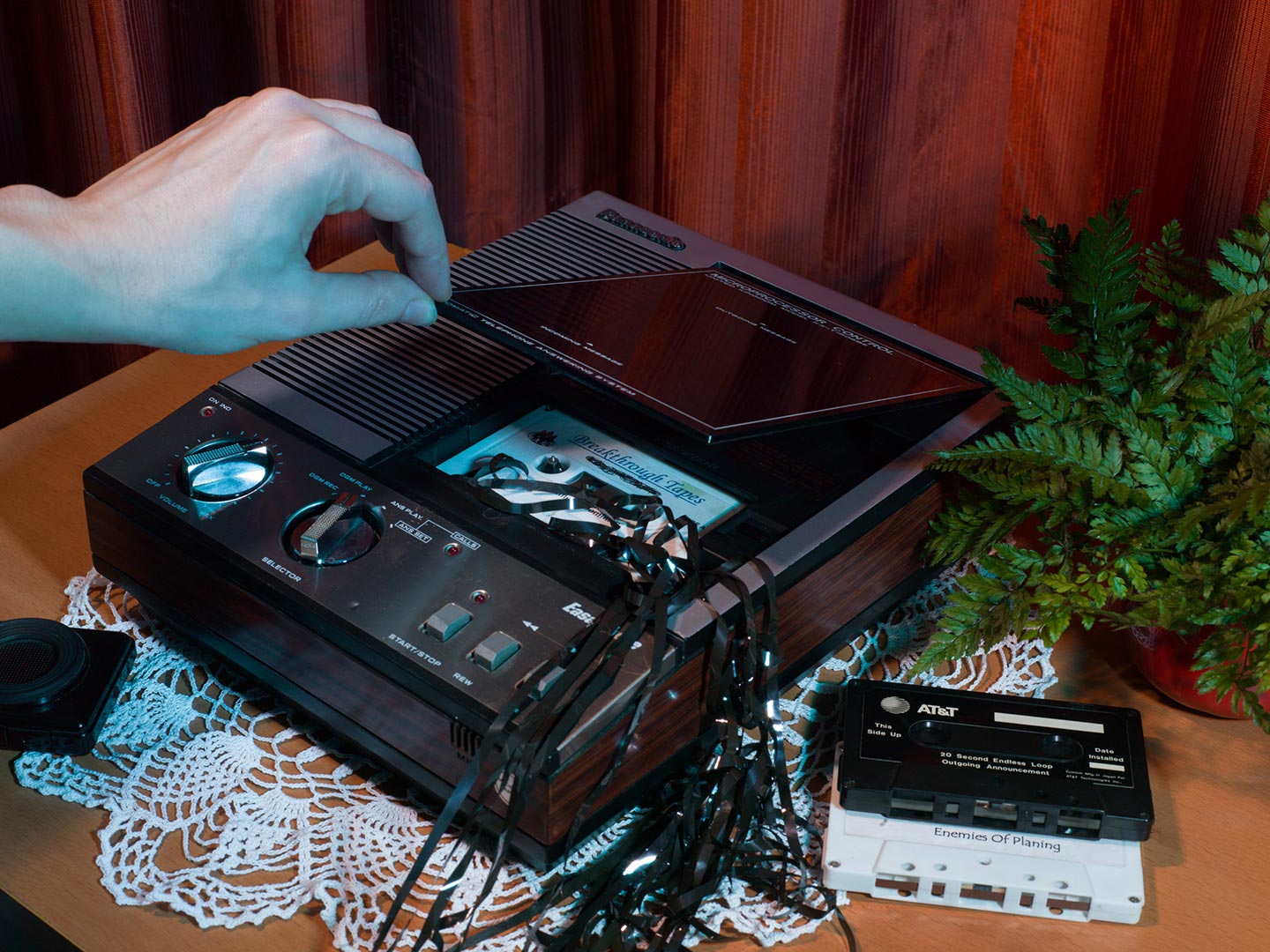 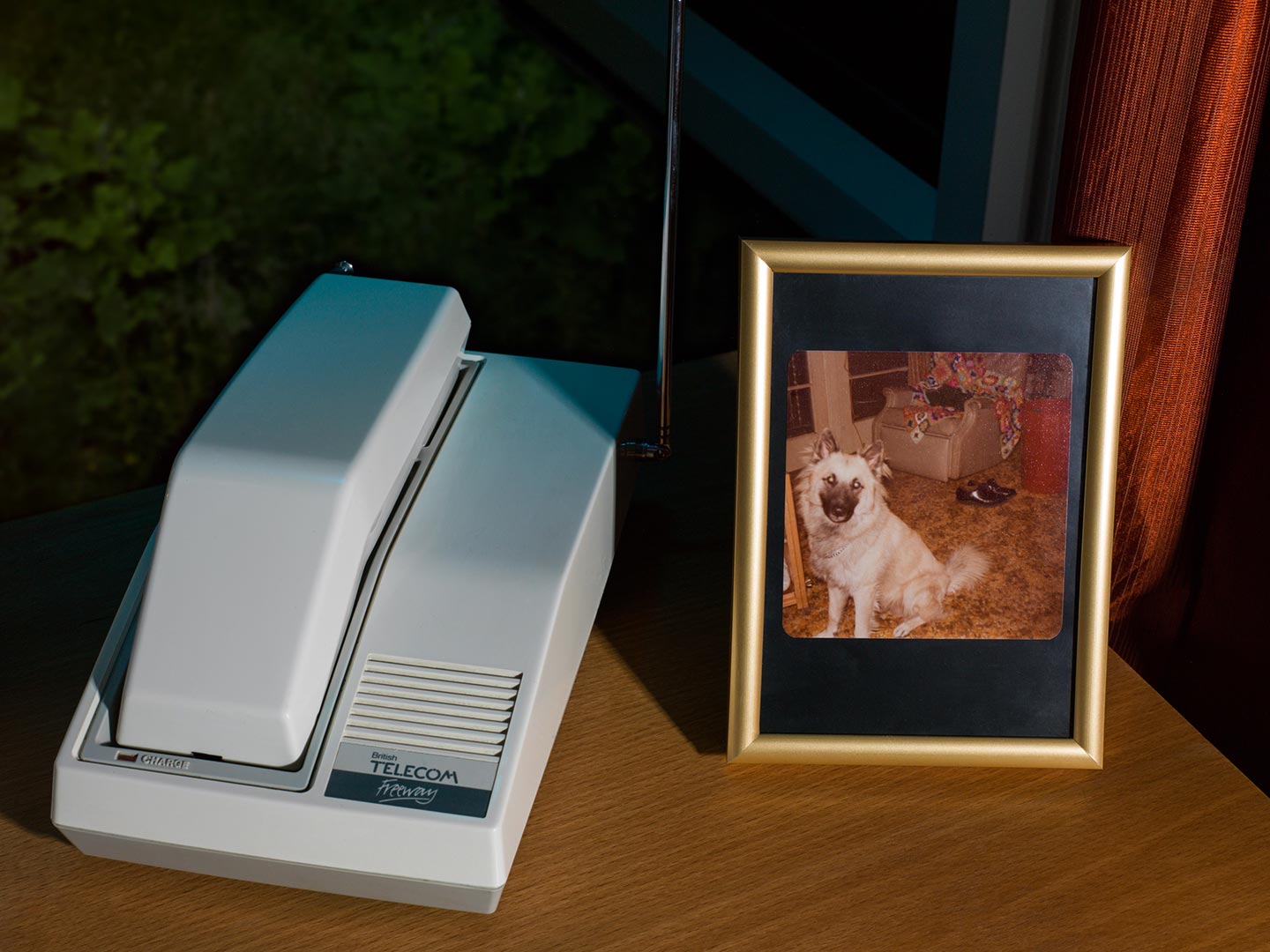 Precious Things by 37 year-old Portuguese photographer Anabela Pinto is a series of staged photographs “expressing my views on the ambiguous relationship we have with the technological, artificial, material things we crave and desire, and that ultimately may or may not fulfill the need and purpose we’ve created them for” Anabela says. “At the same time, they bring in something new with their presence, altering states of being and ways of acting or feeling. With an emphasis on technology, I used home electronics to speak of a connection that is natural and inevitable, an intimacy and closeness that is neither only positive nor only negative as I think of the objects as the result of our expression, imagination, and dreams as well.”

Cinema was a main influence on Anabela. “I’m a big fan of David Cronenberg’s movies. In particular, Videodrome has definitely planted a seed, thematically and aesthetically: the ubiquity of television and the seductive power of the screen, the merging of man and machine, and the double-edged sword that is our relationship with technology, are topics that do call my attention. Plus, I enjoy the undertones of the horror genre, and as I created more images for Precious Things, it was obvious that my preference for a more dark and eerie mise-en-scène was very much permeating the work.”

“I was looking to create scenes that would follow a similar way of expression as cinema. I wanted the images to be charged with narrative, and that could tell small stories, and stand on their own. My bedroom became my studio—all the images were made there. Some were more carefully staged than others, meaning that sometimes I would have a photograph nearly formed in my head, and execution would follow through smoothly; other images happened more accidentally as a result of unplanned experimentation.”

The human subjects in Anabela’s images are all women, and she only used vintage pieces of technology such as videocassettes, early models of phones and computers, and old TVs: “When I started the series I thought I would photograph men as well, but as I felt more comfortable in approaching and asking women to be my models, I kept imagining new photographs with female characters; now I’m not sure if the series will depict men at all… About the vintage technology, it was a vey spontaneous choice. When I started the series I knew exactly what kind of objects I wanted to use. I was born in the early 1980s, and as a kid transitioning from the 80s to the 90s, I would spend a lot of time recording and watching movies/cartoons with the VCR. I found it fascinating that I could take whatever was on TV and transfer it onto these videotapes and re-watch it whenever I wanted. There were a lot of cassettes everywhere and I loved the technology. It seems that this particular memory has gained a relevant momentum in recent times, with pop culture looking back at the 80s and bringing back all these references, along with the movie industry doing a lot of remakes of movies from that decade. Also, I think that because the technologies belong to another time, they contain within themselves a kind of reimagined possibility, a more fantastical version of reality. Nostalgia is romantic, and the use of obsolete technologies conveys that particular feeling and mood to the scenes.”

Anabela simply hopes that viewers “get to enjoy the photographs, for whatever reason that may be, and feel free from the pressure of trying to get to ‘a’ meaning. This may sound like a cliché but I love when different stories or interpretations may be contained in a single image, and I think Precious Things has the potential for multiple readings. I am still discovering new meanings myself in each image.”

As a photographer, Anabela is interested in “the apparent love-hate relationship between fine art and the commercial world, when it seems that fashion, advertising, and fine art photography are so close to each other and seem to want similar things.” Her practice is generally influenced by “movies, advertising, and the sensibilities of pop culture.” Some of her favorite contemporary photographers are Philip-Lorca diCorcia (“He was the first photographer who made me feel that I might have a deeper interest for photography worth pursuing“), Jeff Wall, Alex Prager, Laurie Simmons, Sarah Jones, Roe Ethridge, Cindy Sherman and Daniel Gordon. The last photobook she bought was Hustlers by Philip-Lorca diCorcia.