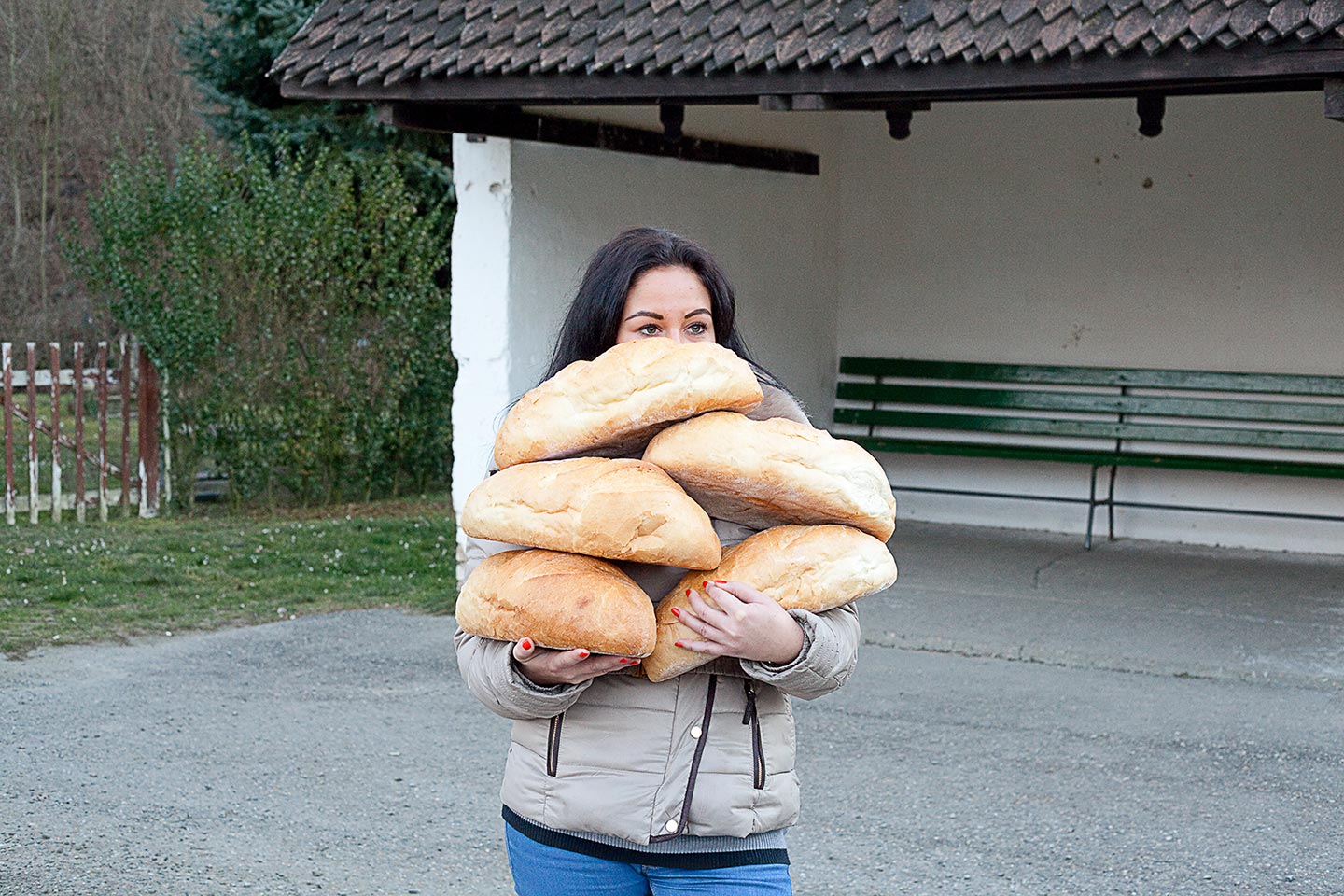 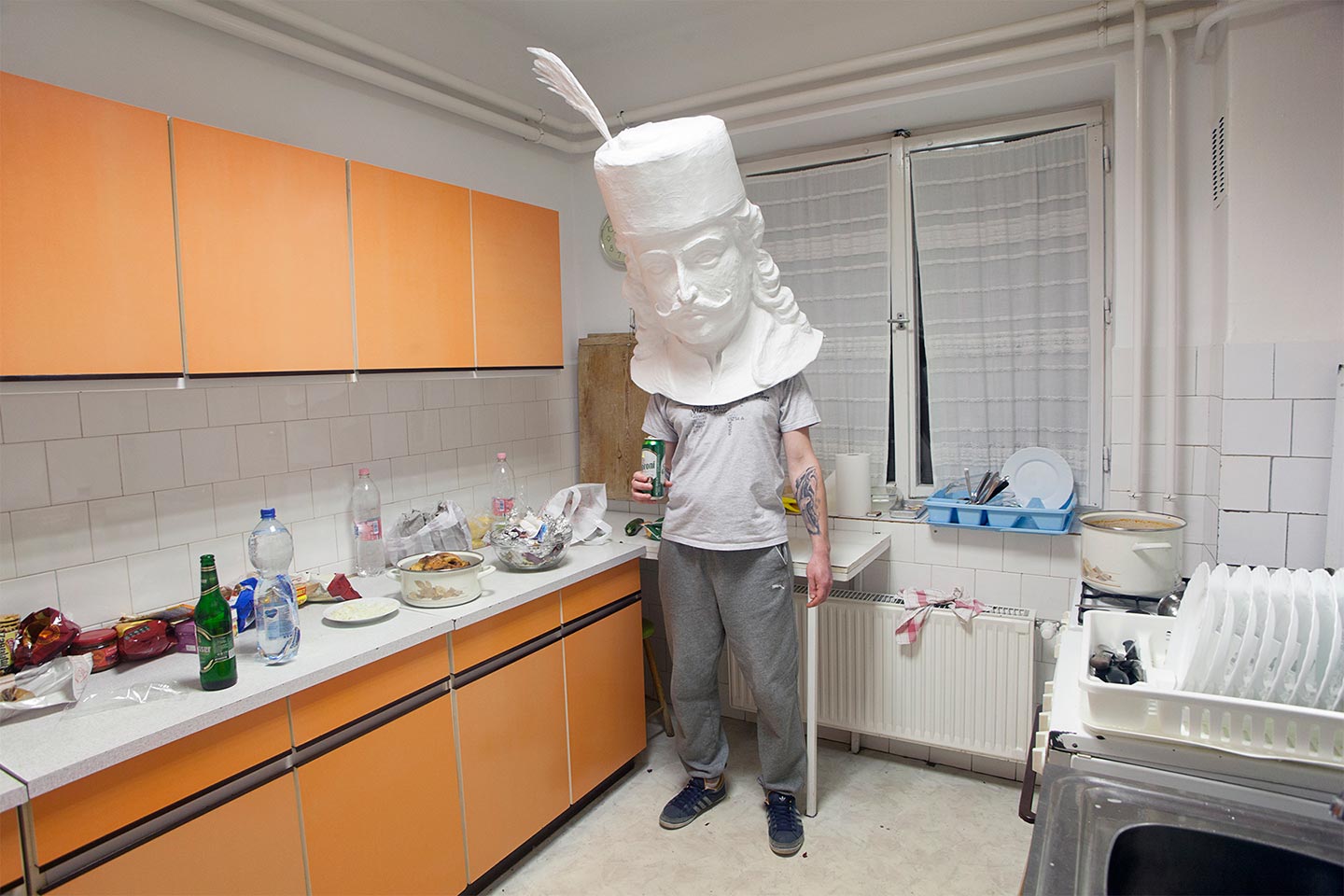 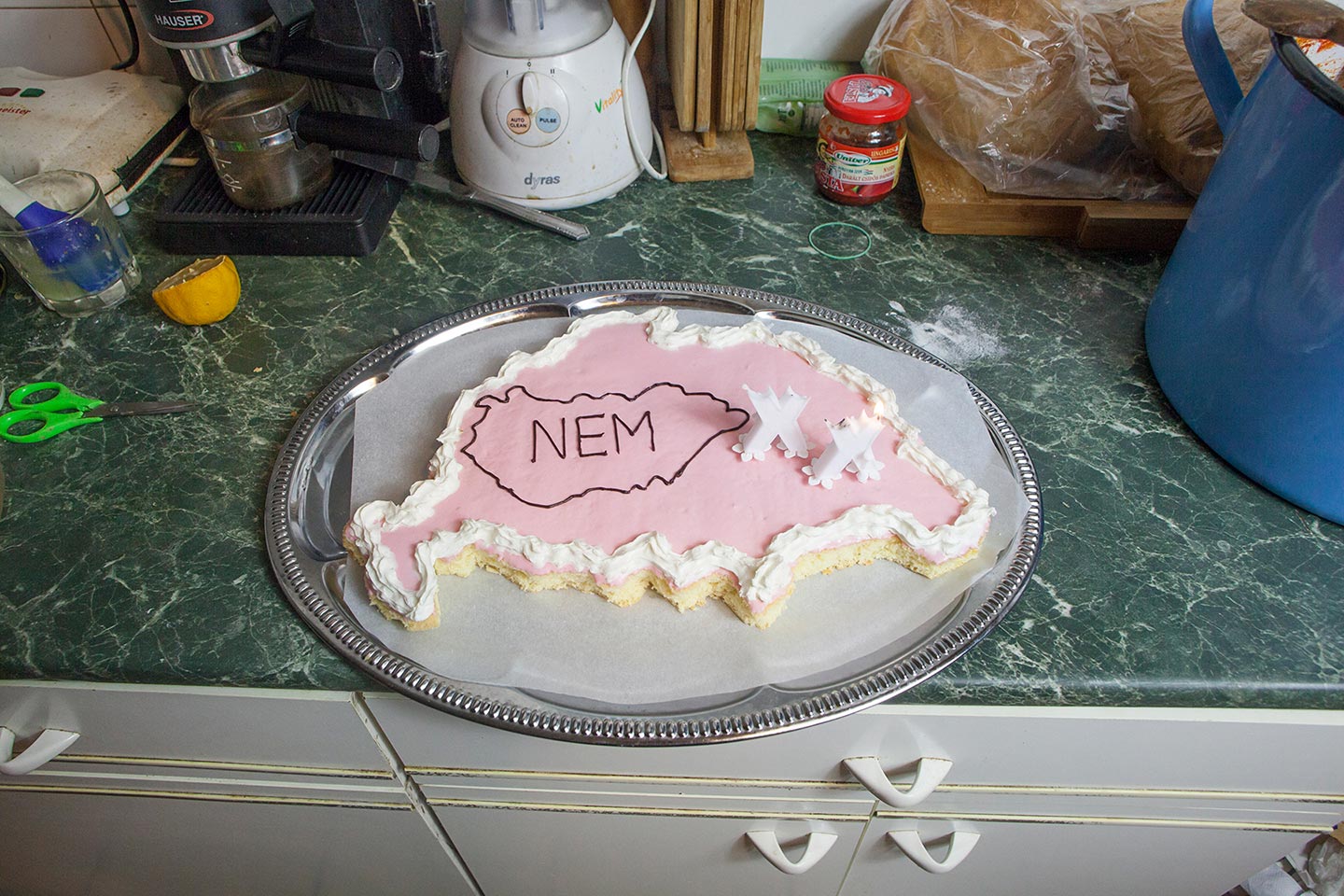 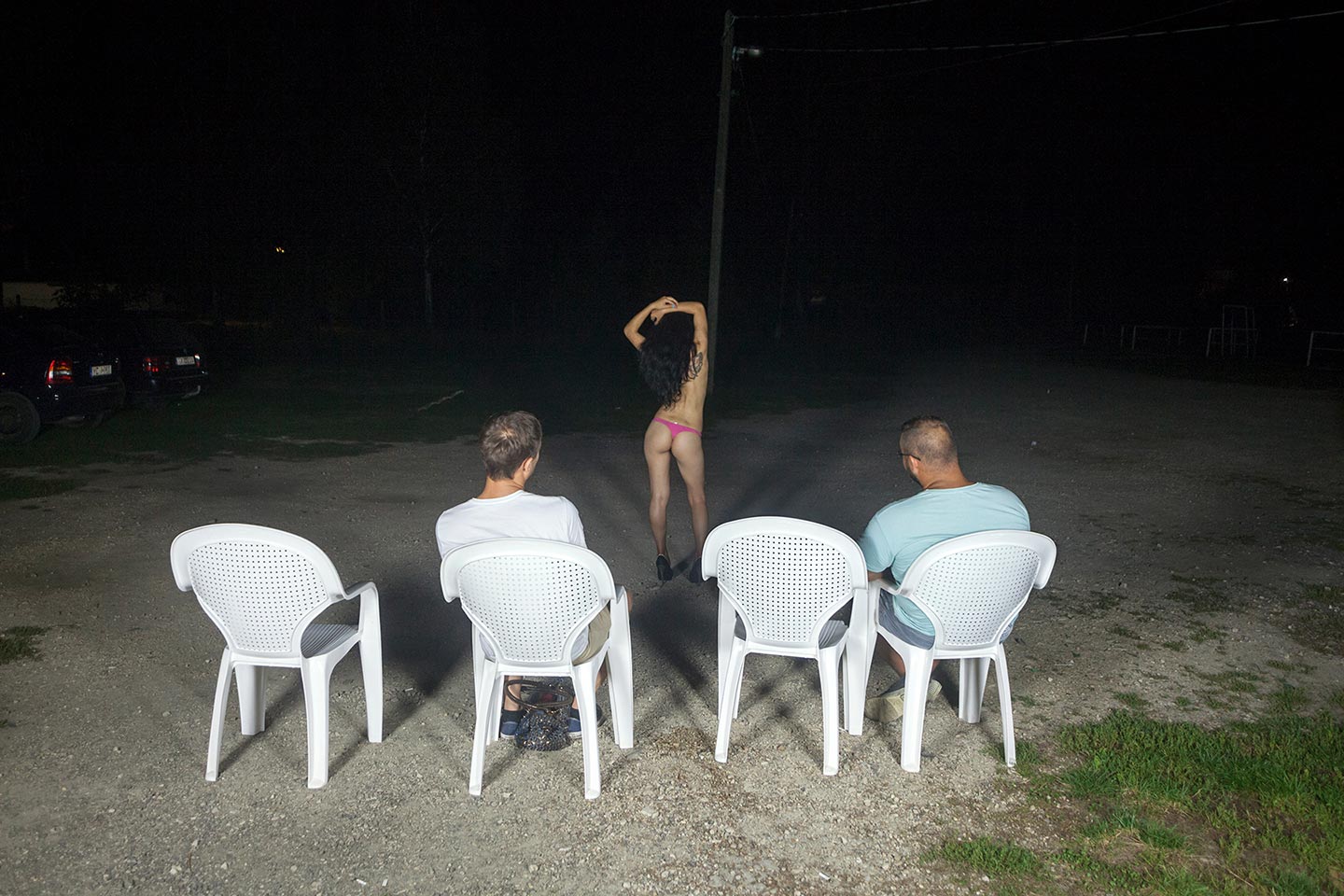 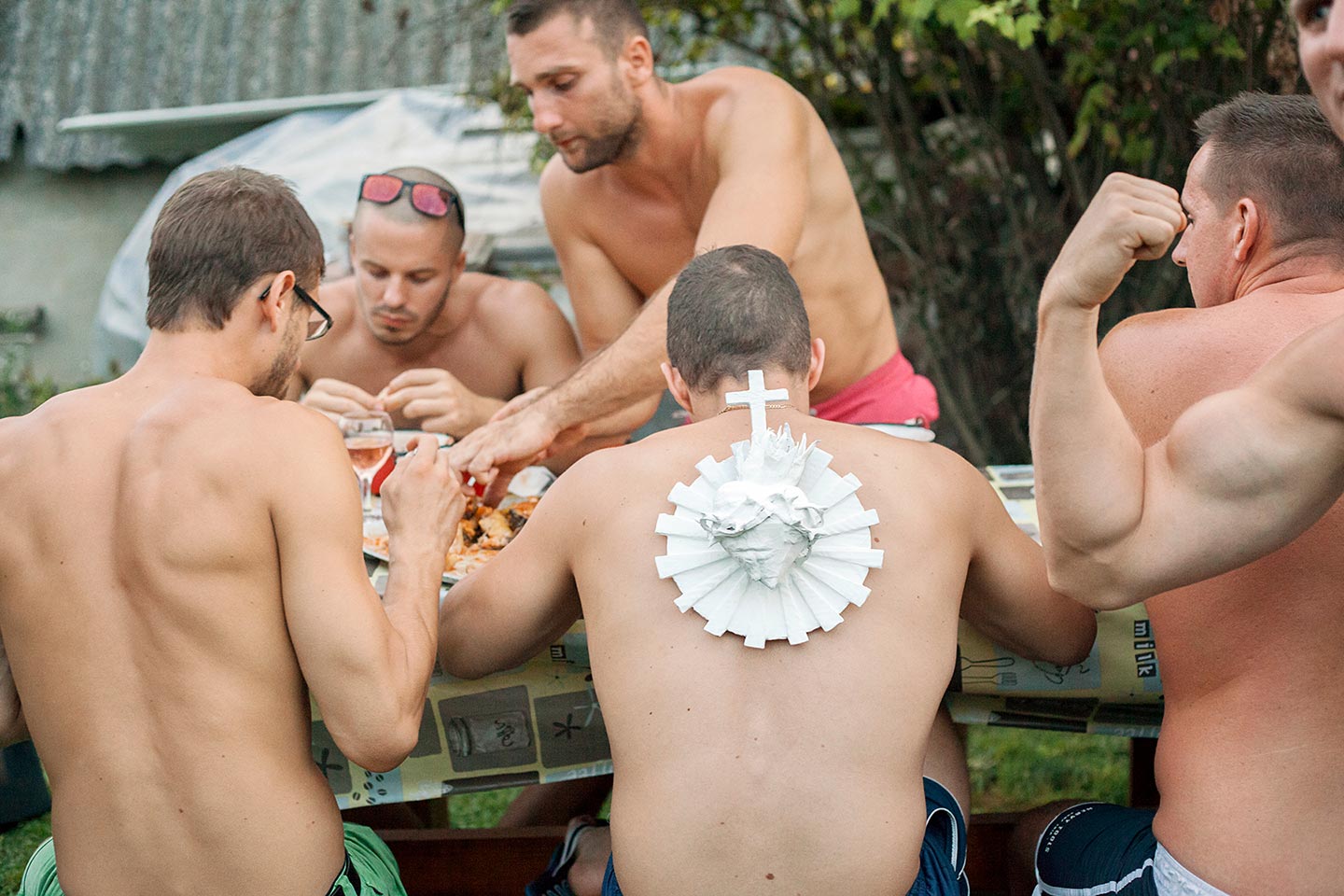 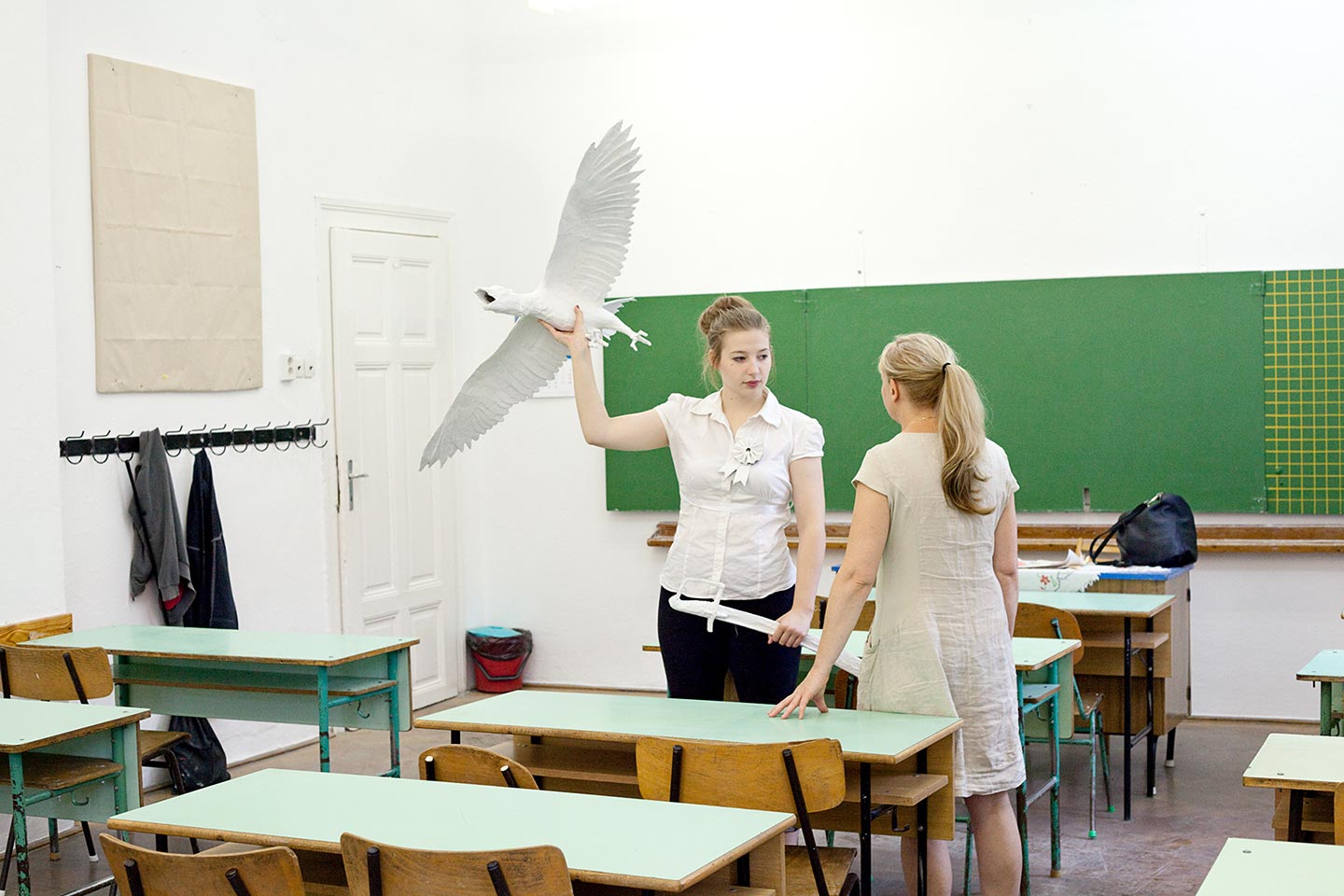 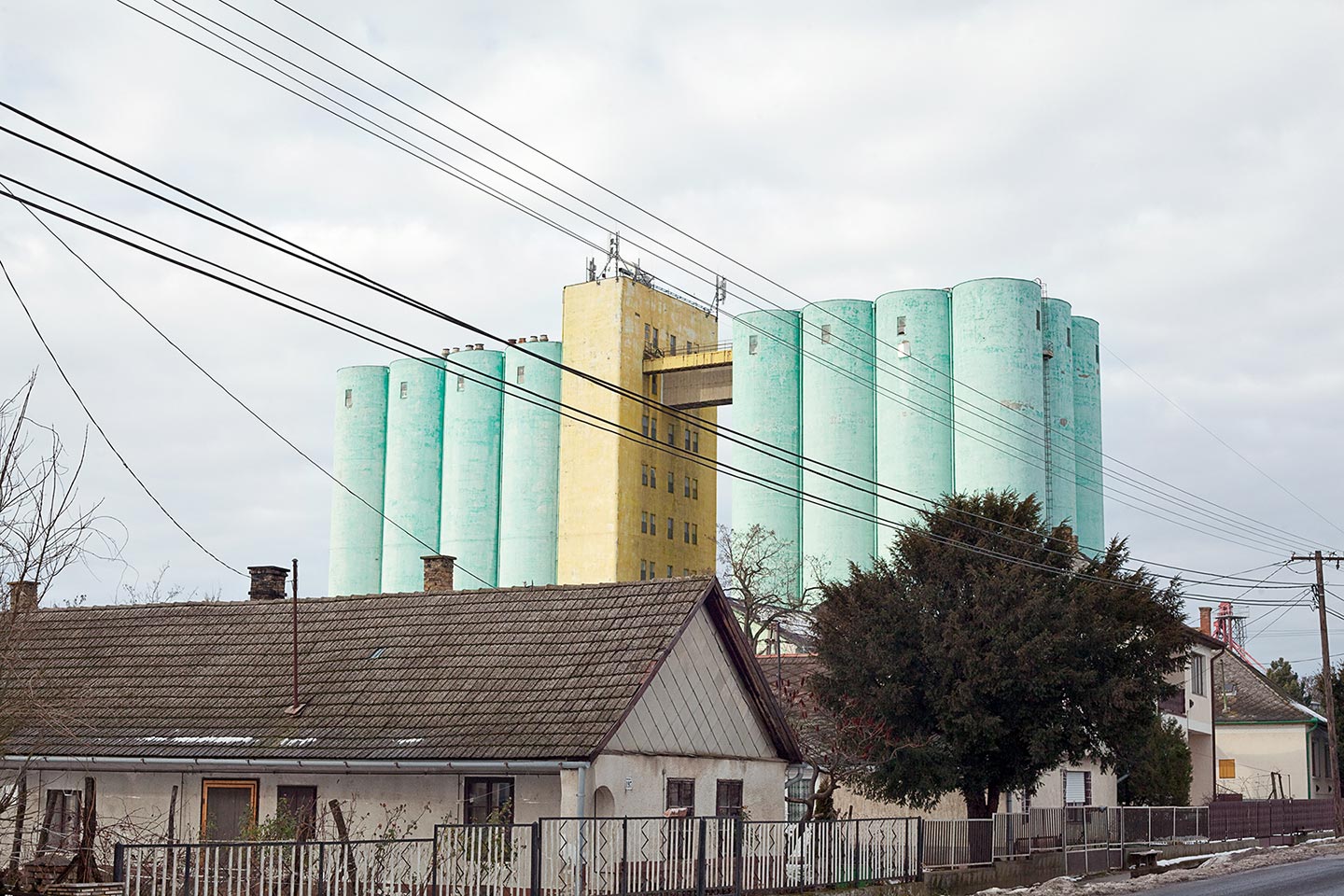 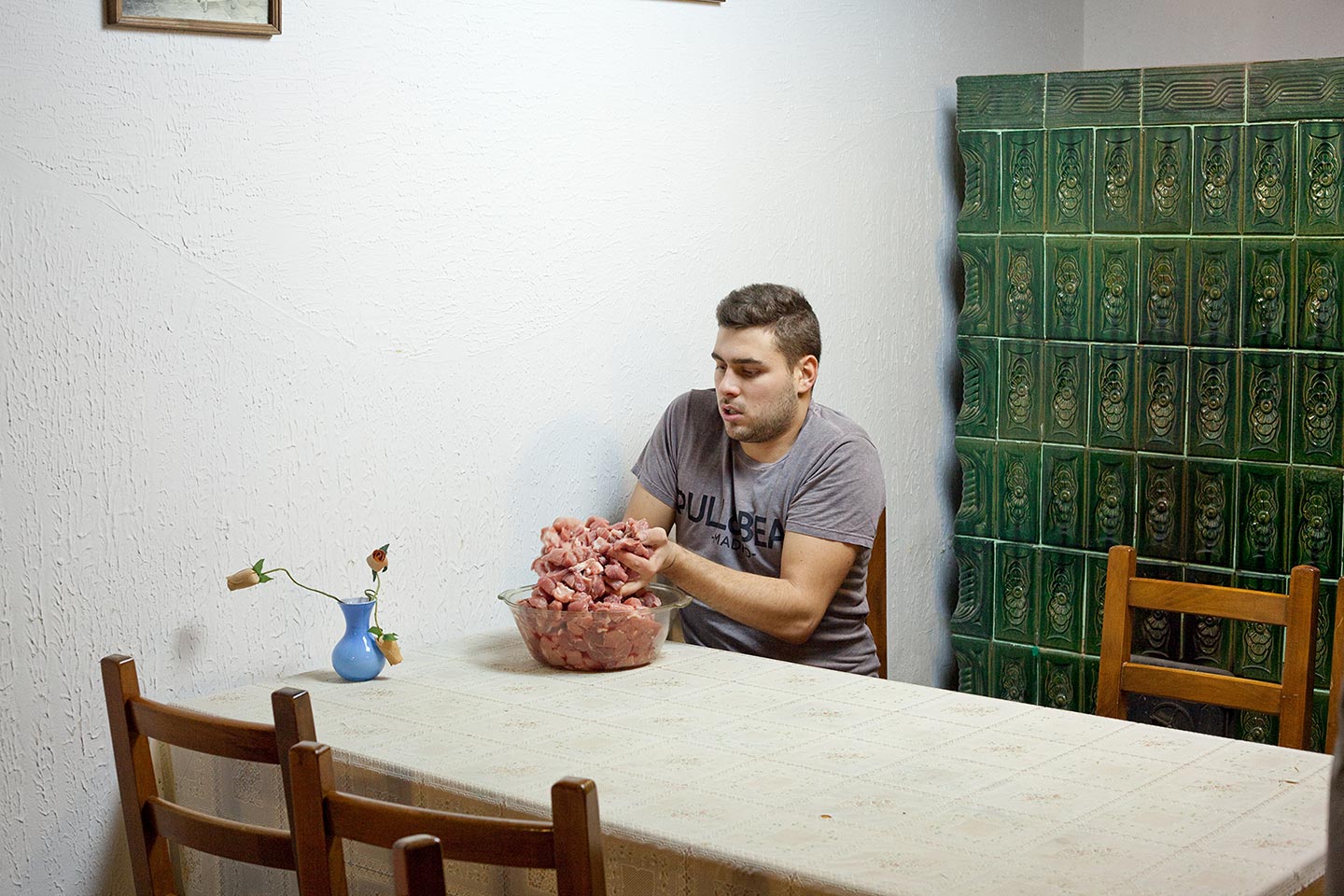 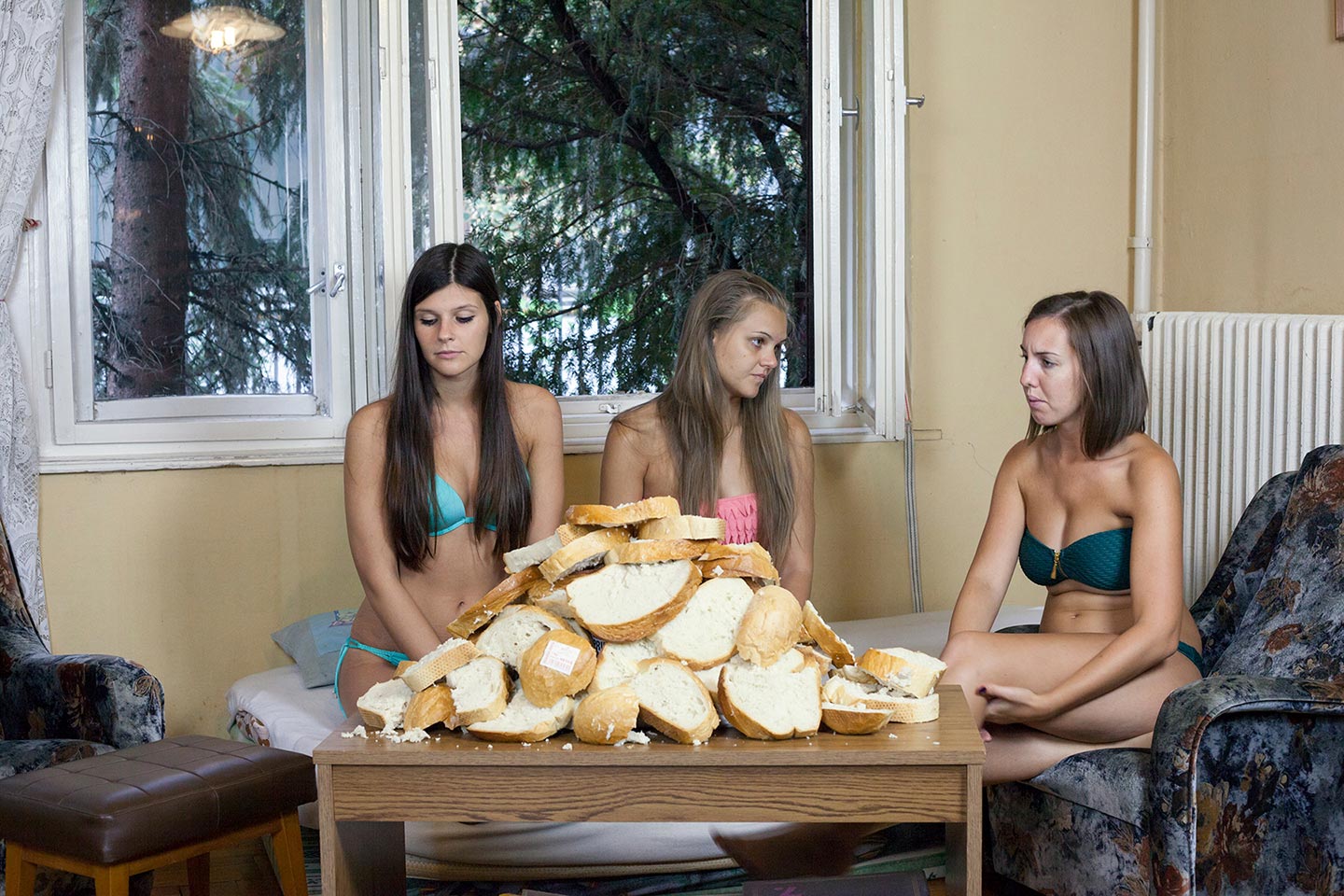 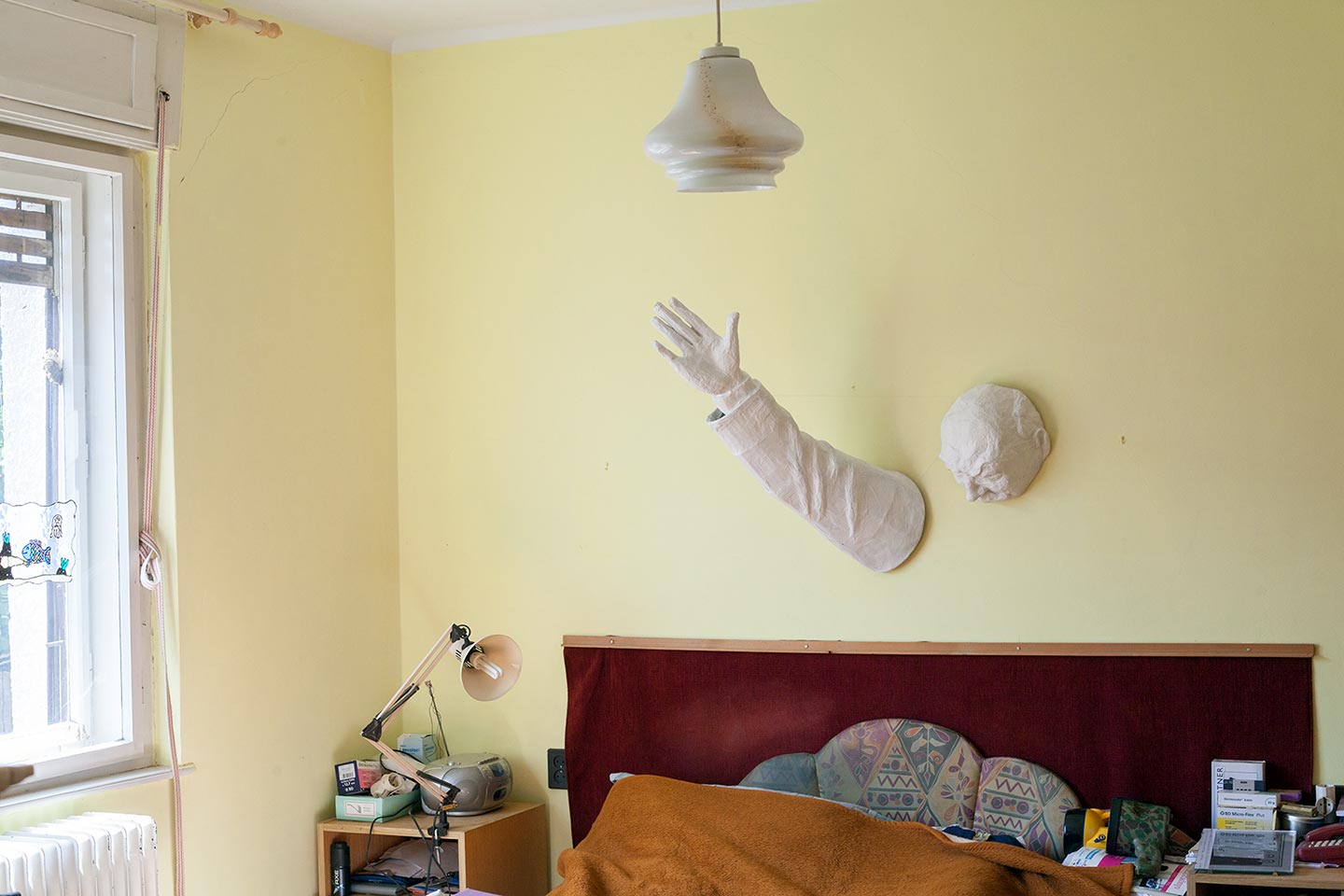 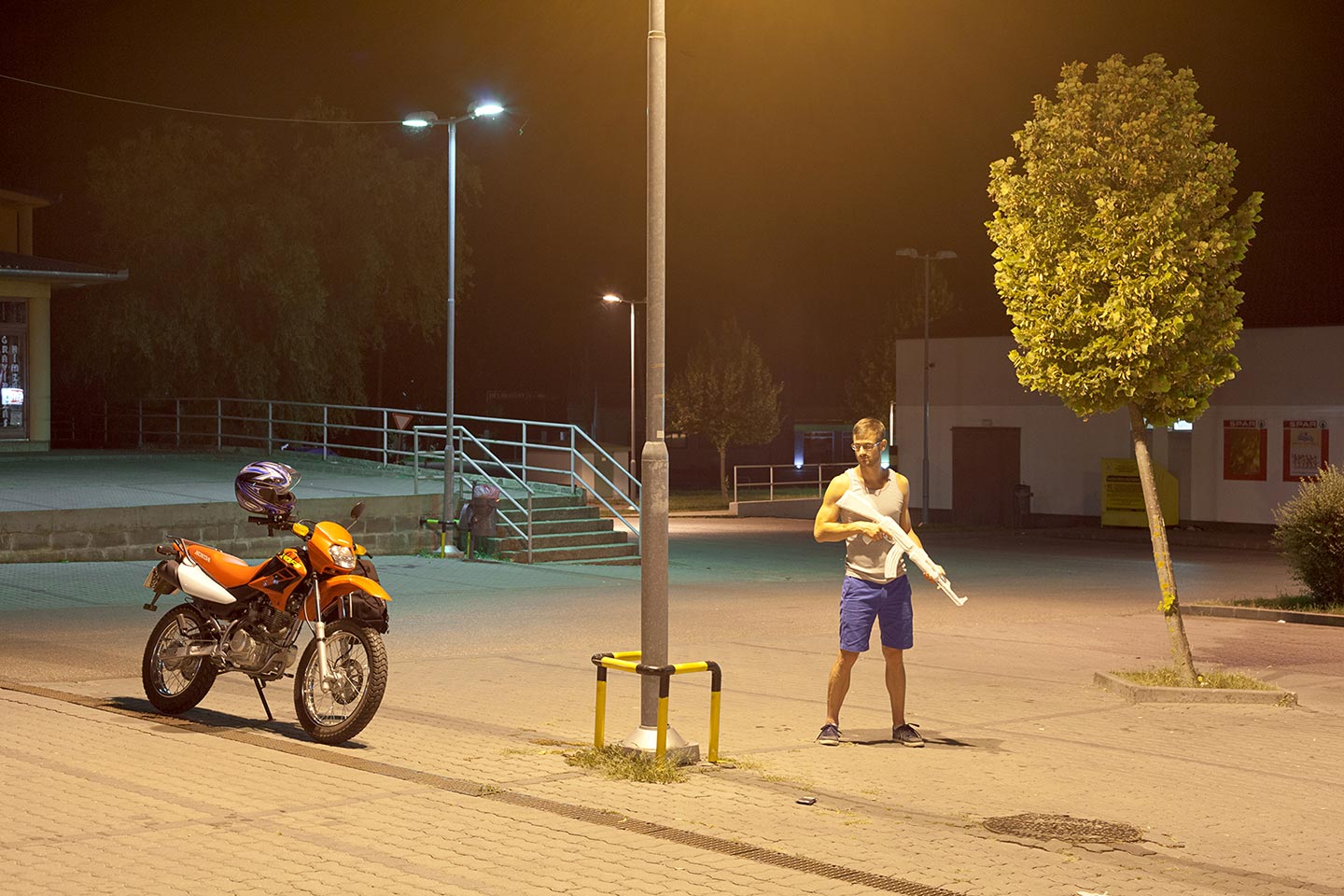 Petőfi’s Corpse by 28 year-old German photographer Tomoya Imamura (born from Hungarian and Japanese parents) is a series of images about Hungary’s current cultural and political situation: until the fall of the iron curtain in 1989, Hungary was one of those Eastern European countries under the influence of the USSR; it then opened up to the Western European democracies and eventually joined the European Union in 2004, but today, under the presidency of prime minister Viktor Orban, nationalism is rising in the country. “Petőfi’s Corpse tries to make a connection between Hungary’s post-communist reality and the nationalistic tendencies that have been unfolding over the last decade” Tomoya says.

The work mixes documentary shots, entirely staged images and photographs of found scenes which Tomoya manipulated in part. Two recurring and symbolic elements are also disseminated across the images: bread loafs and paper mache casts. “The 1kg loaf of bread is a common food consumed on a daily basis” Tomoya explains. “It still very much feels like a socialist product to feed the masses. Bread is also a Catholic symbol for the body of Christ, and fits in the series as a reference to the Christian aspects of right-wing movements. The paper mache casts represent both communist and national symbols. Viewers may recognize the former but would probably have a harder time with the latter: this is supposed to reference the fact that the national identities of Eastern European countries were kind of flattened under the Soviet influence, and now these countries (including Hungary) are re-claiming the symbols of their specific histories.”

Petőfi’s Corpse, the project’s title, makes a reference to Sándor Petőfi, Hungary’s national poet who was a key figure during the 1848 revolution against the Austrians: “It is uncertain whether Petőfi died fighting, fleed or was captured. This draws a parallel to the unclear state of Hungary‘s national self-image.”

For the images, Tomoya was “loosely inspired” by painters like Johannes Grützke or Neo Rauch. “Lieko Shiga’s way of integrating ‘surreal’ elements into seemingly ordinary photographs was also very important. In the case of this series I found it equally important to avoid a Gregory Crewdson-like level of staging.” Some of Tomoya’s favorite contemporary photographers are Lieko Shiga, Tobias Zielony and Paul Graham. The last photobook he bought was Practitioners by Éva Szombat.