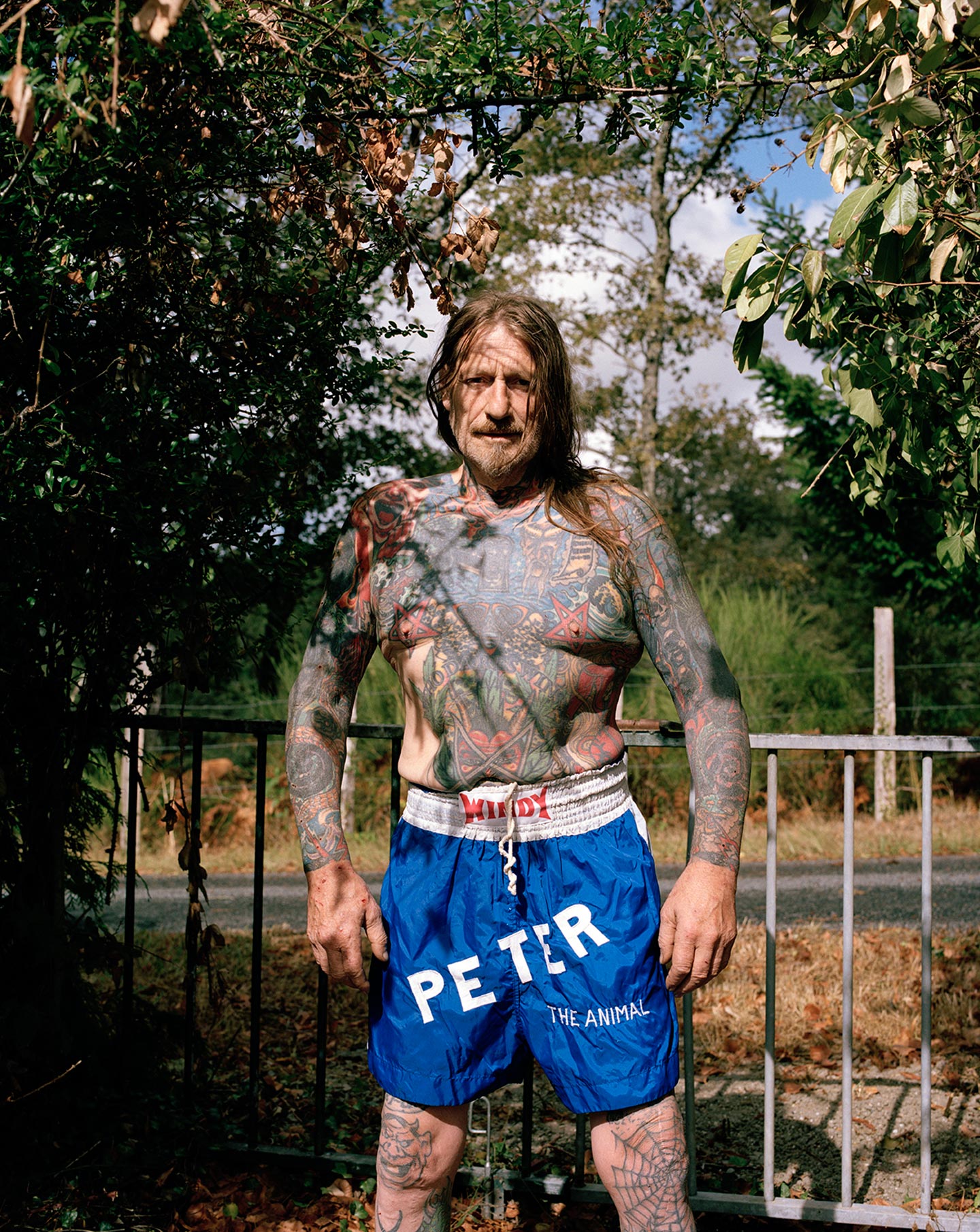 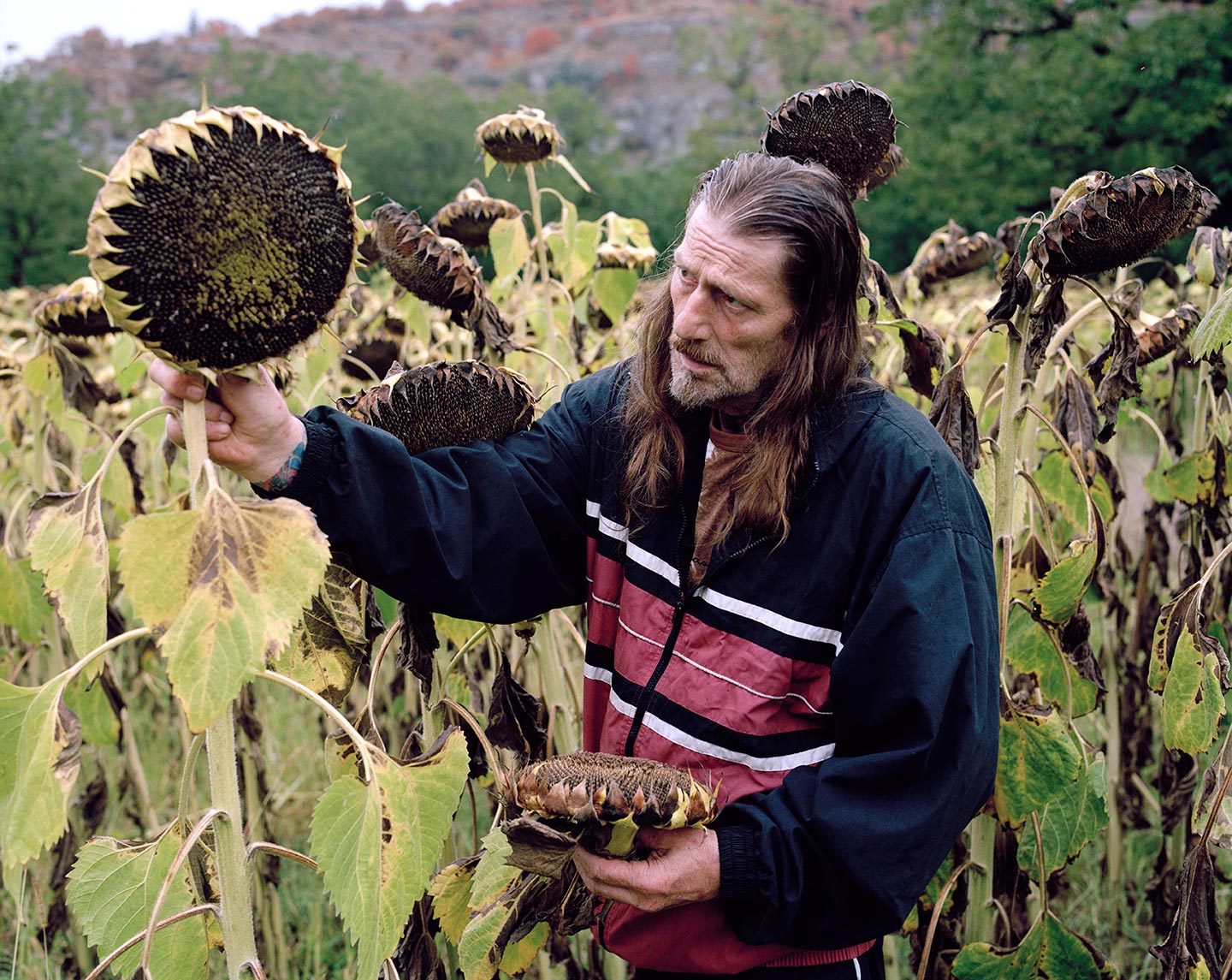 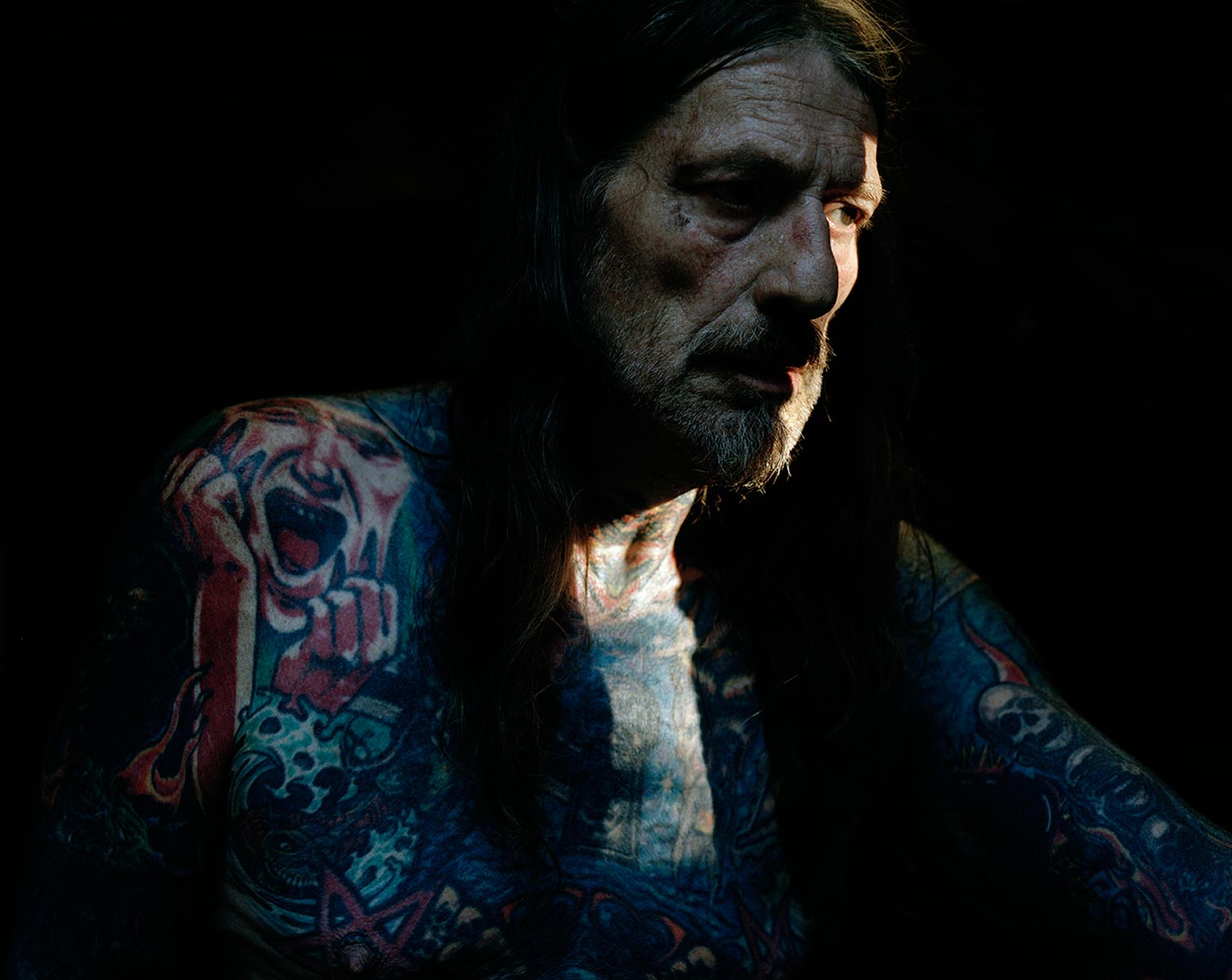 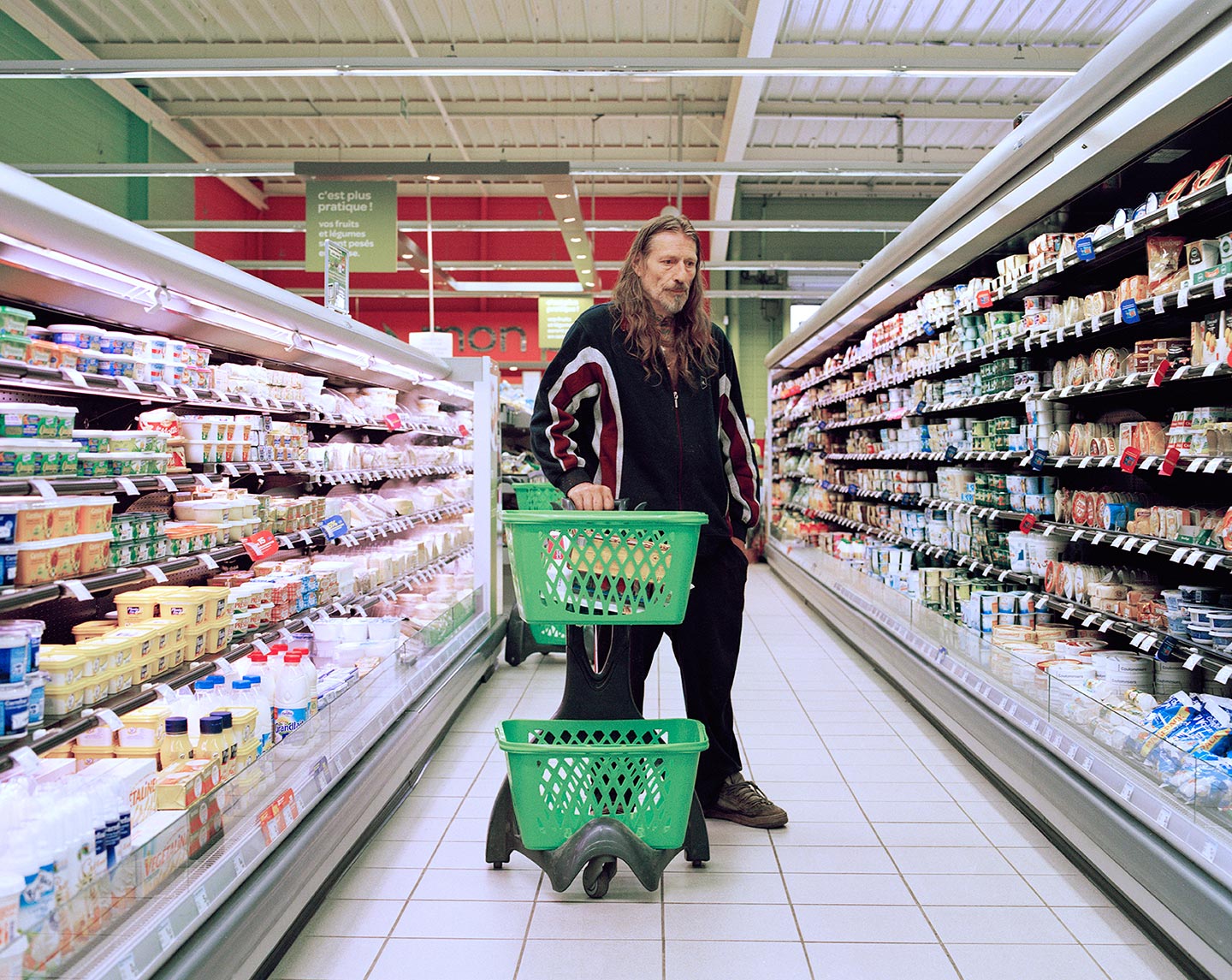 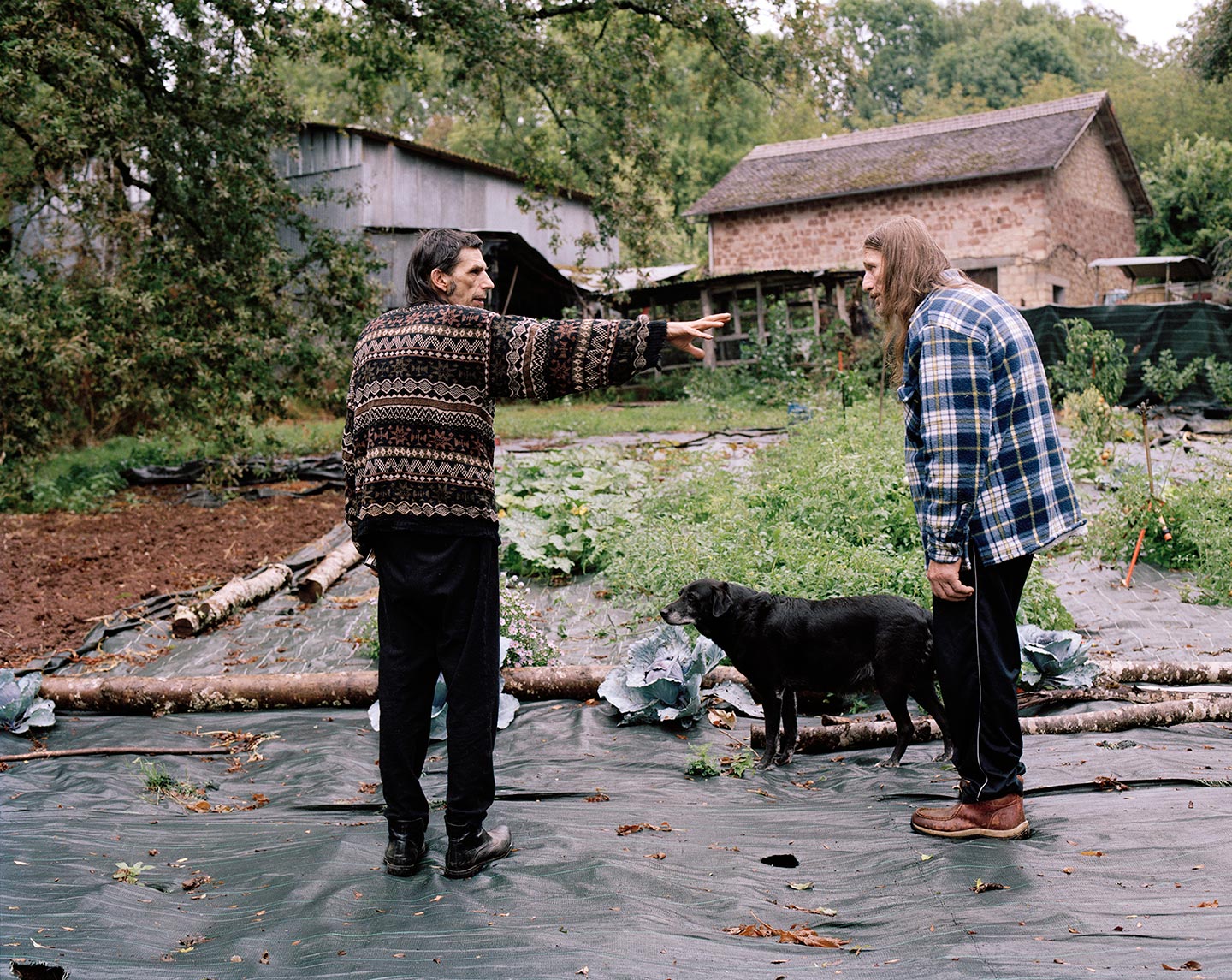 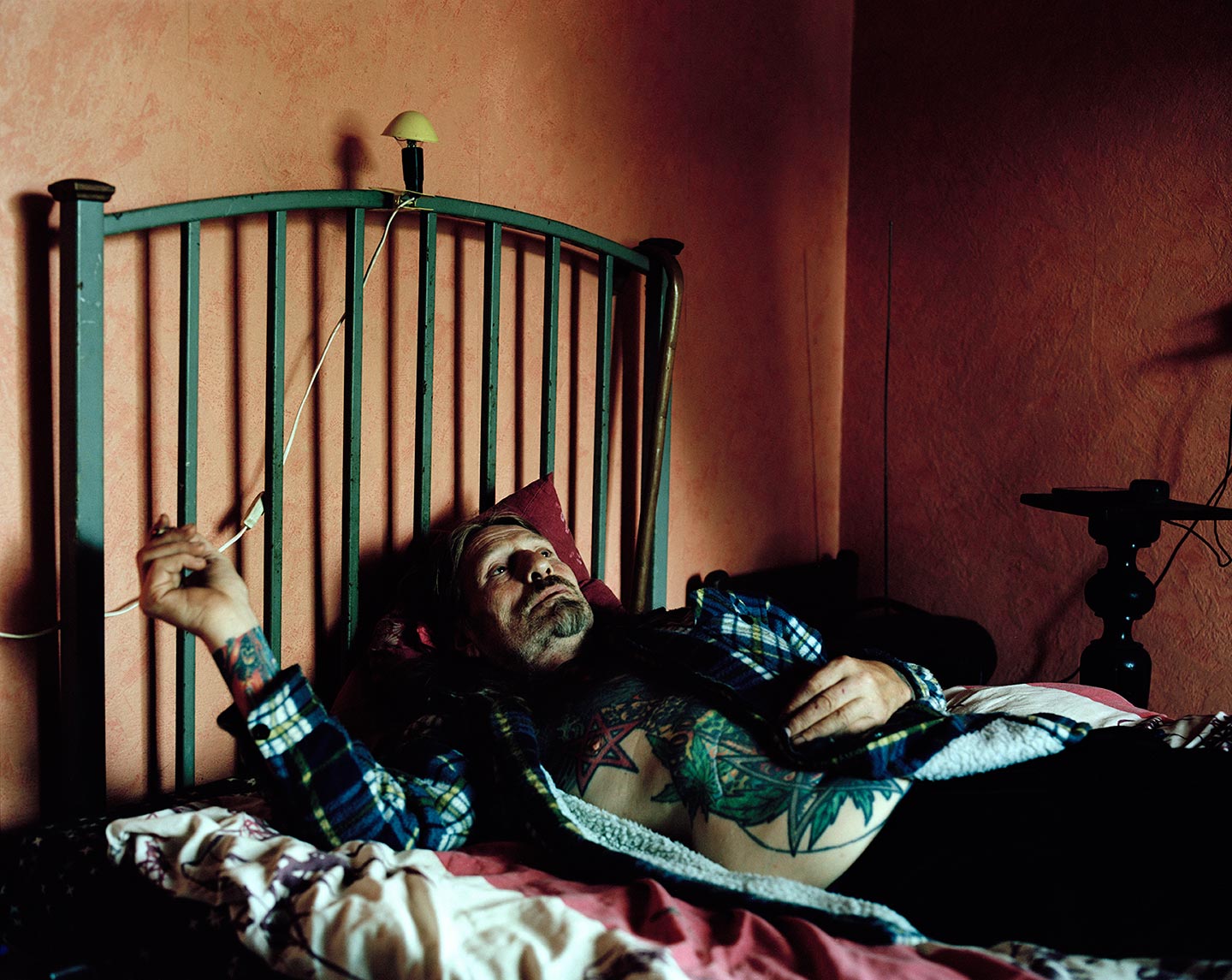 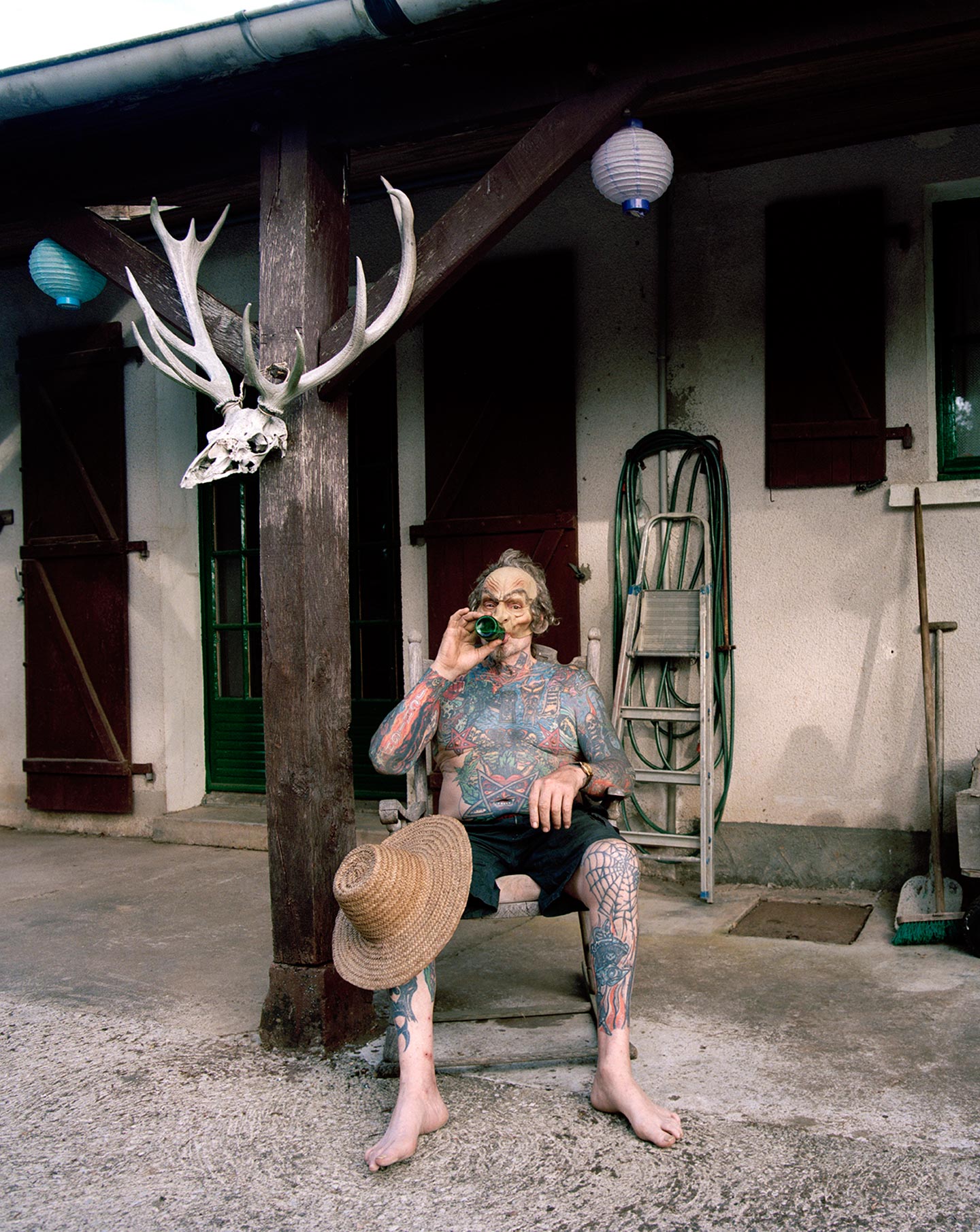 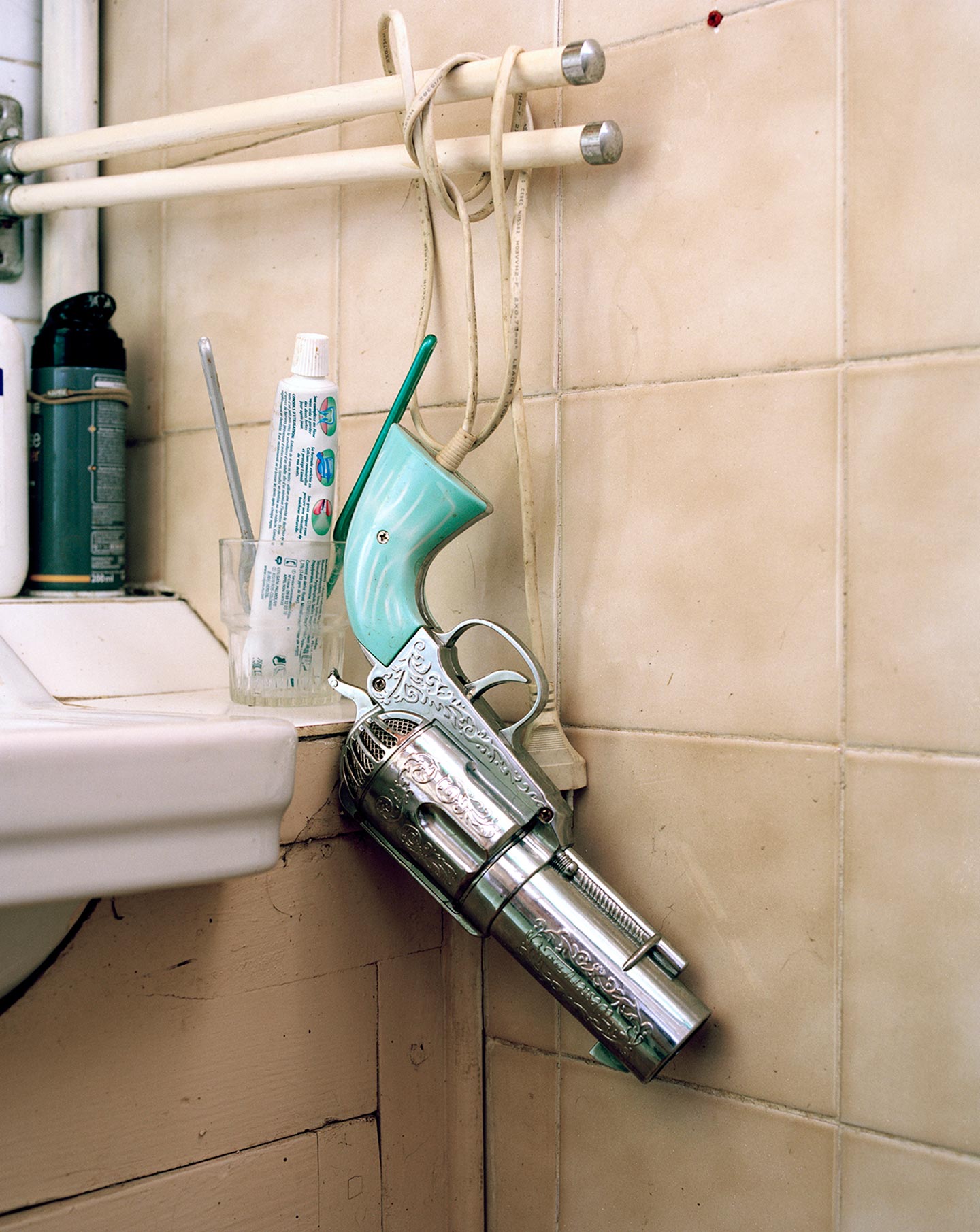 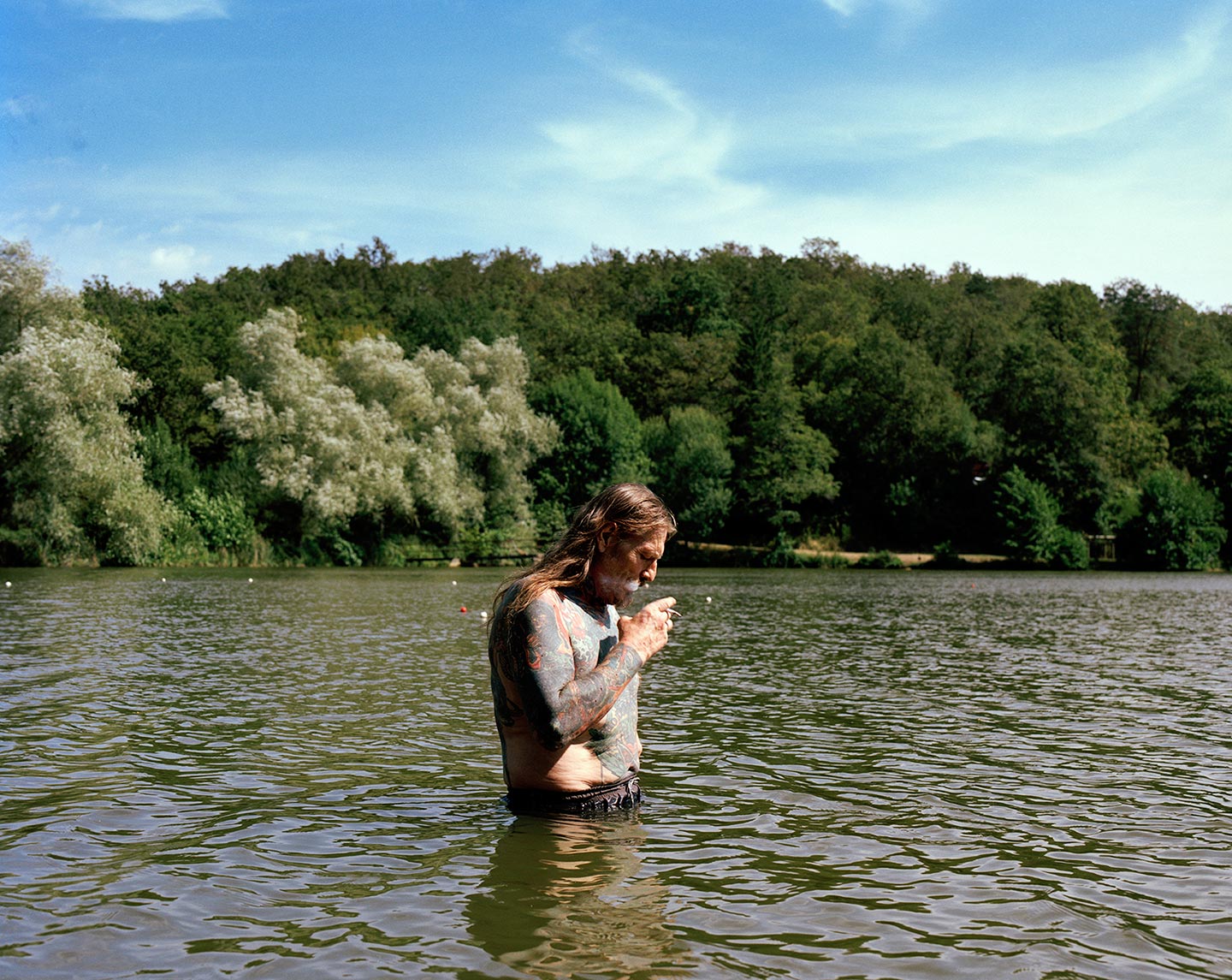 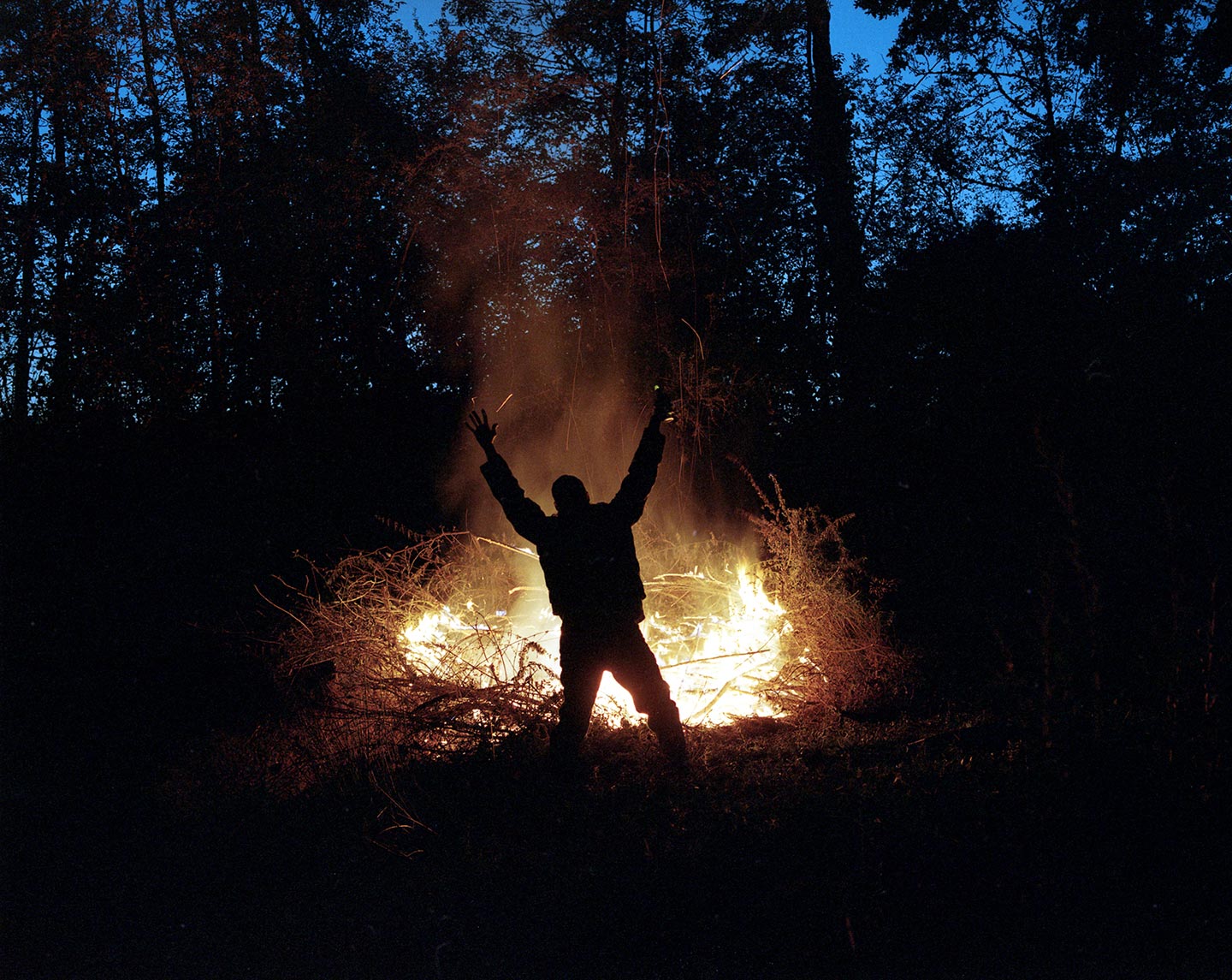 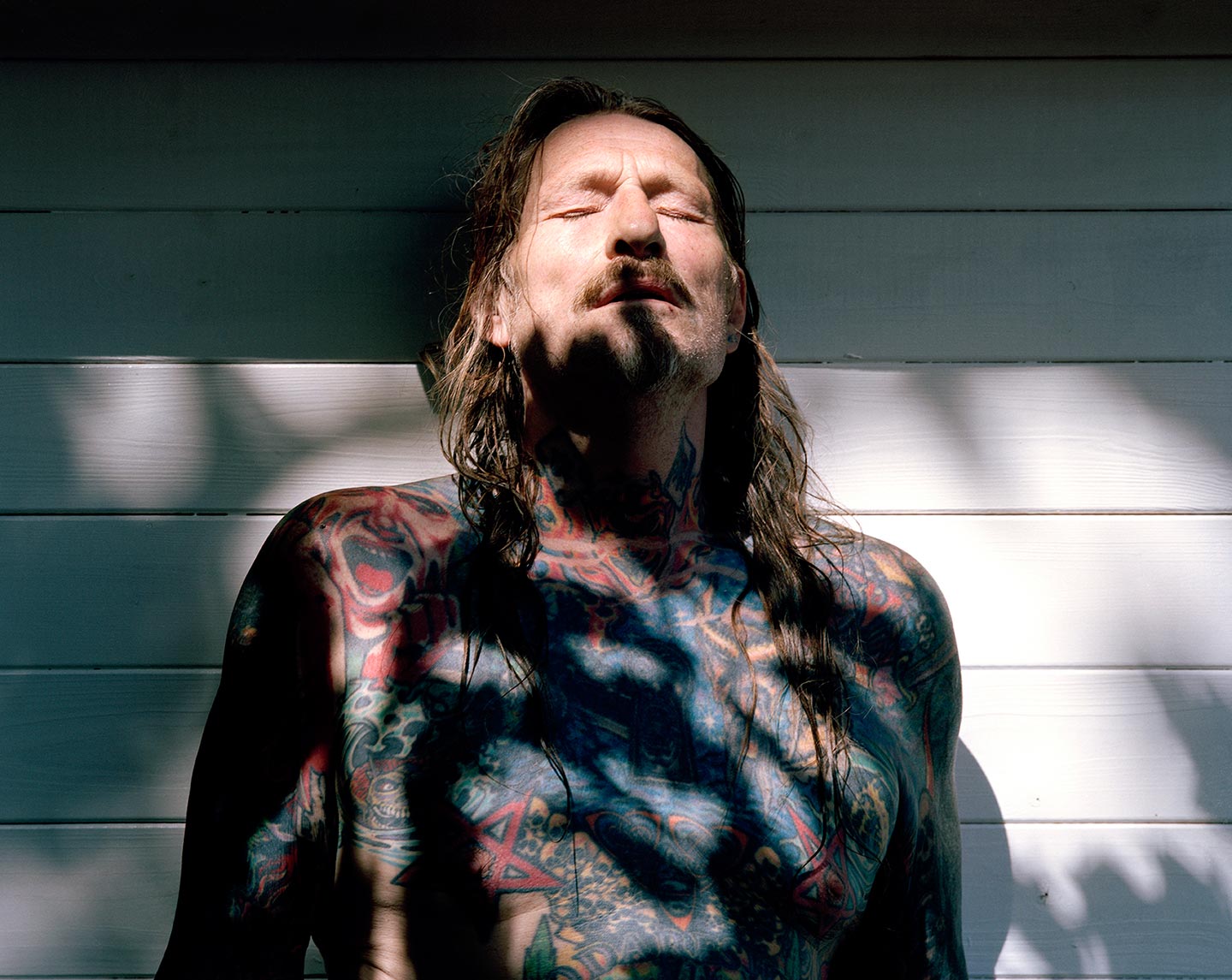 Giving a second chance is a beautiful, generous thing to do; but when someone gives a second chance to themselves and manages to turn their life around, then we’re truly in the presence of courage and tenacity. Peter, the protagonist of 42 year-old Dutch photographer Michael Floor‘s new series, has spent many of his young and adult years doing drugs and rubbing shoulders with crime. Now he’s given it all up: Michael’s environmental portraits capture him in his second life as a clean and honest man trying to do the right thing.

To me, the greatest gift of photography is that I get to meet people whom otherwise I would never meet. Although I have two small kids and consider myself a family man most of the time, I always have a tendency to pick up projects with a darker side. Of course we’re all attracted to darkness, to the idea of stepping out of a regulated life—everybody will probably agree. But for me, on a personal level, the existence of a darker layer, the thrill that it gives me, really helps me push my boundaries and explore unknown territories while shooting pictures; I really need it as a challenge. I even look for darkness in the most unexpected places: I once did a project in which I was looking for a feeling of fear and anxiety in a town that was statistically the safest town in the Netherlands.

Please introduce us to Peter: who is he and what is his story?

Peter is a master of survival. His story is complex. He ran away from a children’s home when he was only twelve and lived on the streets of Amsterdam. He started selling drugs and using heroin as a kid. Bullied as a young boy, he picked up martial arts and made a career as criminal enforcer and bodyguard of the most notorious gangster in the Netherlands. Once feared by rivalling criminals, Peter stepped out and now lives a withdrawn, somewhat lonely life in a dark trailer near Amsterdam. But Peter, 63 now, still has dreams. He’s got a surprising second hangout: he owns a small farmhouse in the south of France. This is where he usually spends the summer months between hardworking farmers and emptying villages. He finds inner peace here, stays off hard drugs and kicks off his lethargy.

How did you meet Peter, and why did you decide to make a body of work about him?

I met him by chance a few years ago when I was working on a photo series about former nuclear shelters in Amsterdam. I was immediately impressed by his physical appearance and by his unorthodox thinking, but also by his gentleness. I took a photo of him and for a long time, it was my favorite picture. I didn’t know anything about him, but I was fascinated. Two years later, I gave him a call and now we meet up once in a while. It was only during our early encounters that I learned more and more about his turbulent life.

For how long have you been photographing Peter? Have you become friends with him?

I started photographing Peter about three years ago. We meet up a few times a year. Last fall, I felt the project needed a new impulse, so I decided to visit him in his second house in France. Being together 24/7 for a week was quite an intimate experience. We discussed personal matters, had laughs and beers together, tried to help each other out—just the kind of things that friends do. But of course, the photographer-subject relationship remains a part of our personal bond, and that’s okay: I think that in order to take good portraits of him, it’s required to develop a personal tie as well. You can’t separate the personal and the professional levels.

What does Peter think about being photographed? Does he enjoy it or does he just let you take pictures of him?

He is very comfortable with me taking pictures all the time. He’s probably willing to go further than I dare to ask him. Of course he’s not proud of all things in his life, but he’s got a relaxed attitude: people should just take him as he is.

Do you have any specific references or sources of inspiration in mind while working on Peter?

Not really. Being a photographer, I see a lot of photographic work that inspires me. But to use a single source of inspiration would probably not add to the quality of the photo series: it would just become a bad copy. My style is quite intuitive anyway.

How do you hope viewers react to Peter, ideally?

I don’t have any idyllic goals with this photo series, so that’s hard to say. Pictures become their own truth, even though they omit so much context. Peter has a rough appearance with his tattoos and long hair; add to that his past as a gangster, and most people will fill in the blanks. But there’s a lot more to him—his life is much more complex than a simple stereotype. Hopefully the pictures show different layers. But it’s up to the viewers to find them.

It would sound lame to say “my whole life”, but of course all the things you’ve experienced in life add up to the person—and the photographer—you’ve come to be. I traveled for many years, and I think that spirit of exploring new territories really echoes through in my photographic work. If you asked me about the best parts of my journeys, I probably wouldn’t tell you about this great temple I’ve seen; I would rather explain the joy of arriving at my destination early in the morning after a long and bumpy bus ride through the night. The thrill and excitement of having a full day to explore a completely new place gives so much energy: you’re ready to let your curiosity flow… that’s the kind of spirit I try to pursue when photographing.

I’m also greatly influenced by literature. I truly love writers that dig deep into the darker side of the human soul, like Joseph Conrad, Fëdor Dostoevskij or Brett Easton Ellis.

My all time favorite photographer is Alec Soth. I love his subtle approach and the dreamlike atmospheres he creates. I also appreciate a lot the work of Antoine D’Agata. Besides his fantastic pictures, his uncompromising dedication is a work of art on its own. Last but not least, I truly love the work of Japanese photographer Lieko Shiga: she creates scenes that seem to come directly from dreams, but with her astonishing technical skills, she makes it look like this universe is all real, ready to be explored if you open up to it.