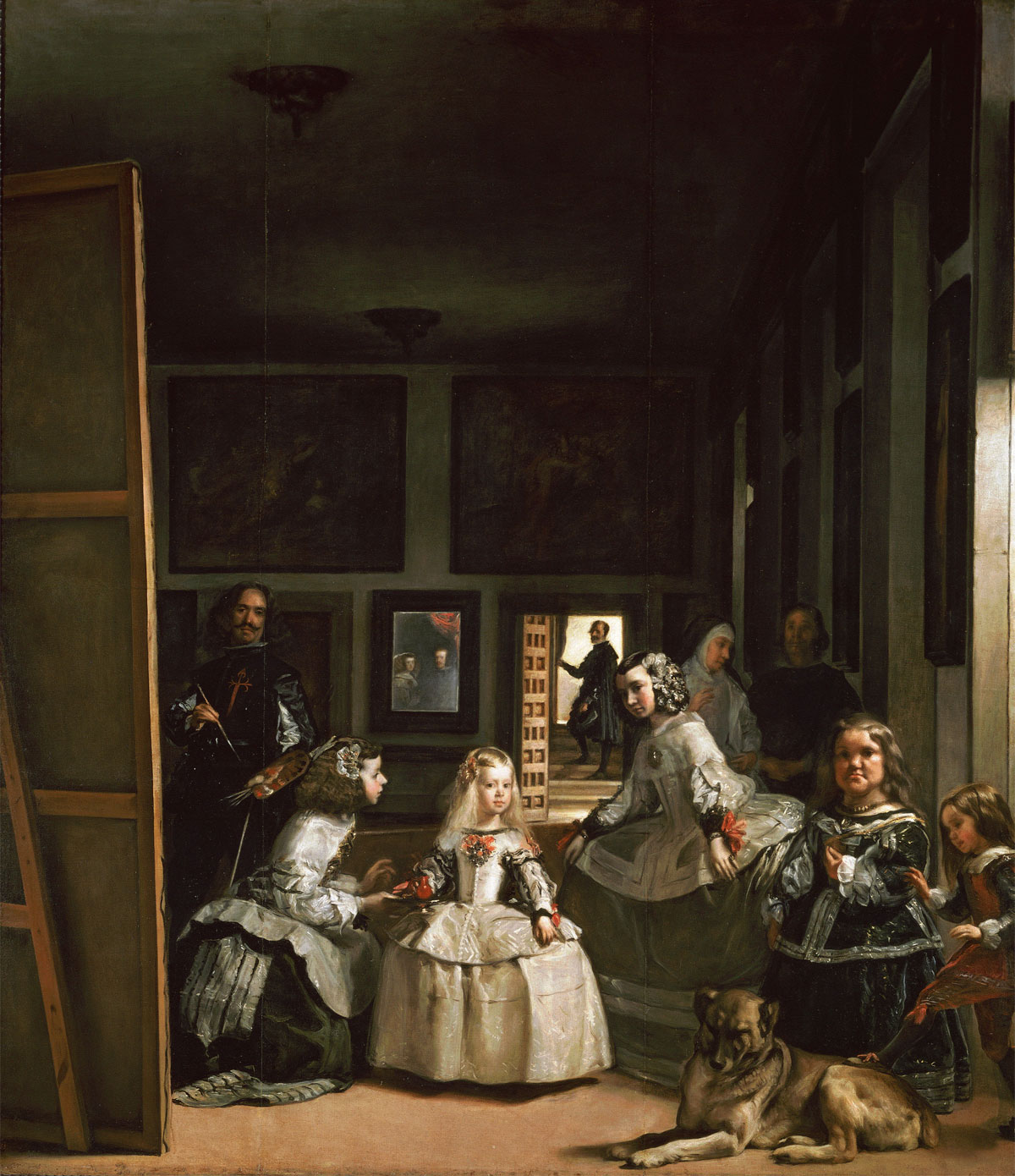 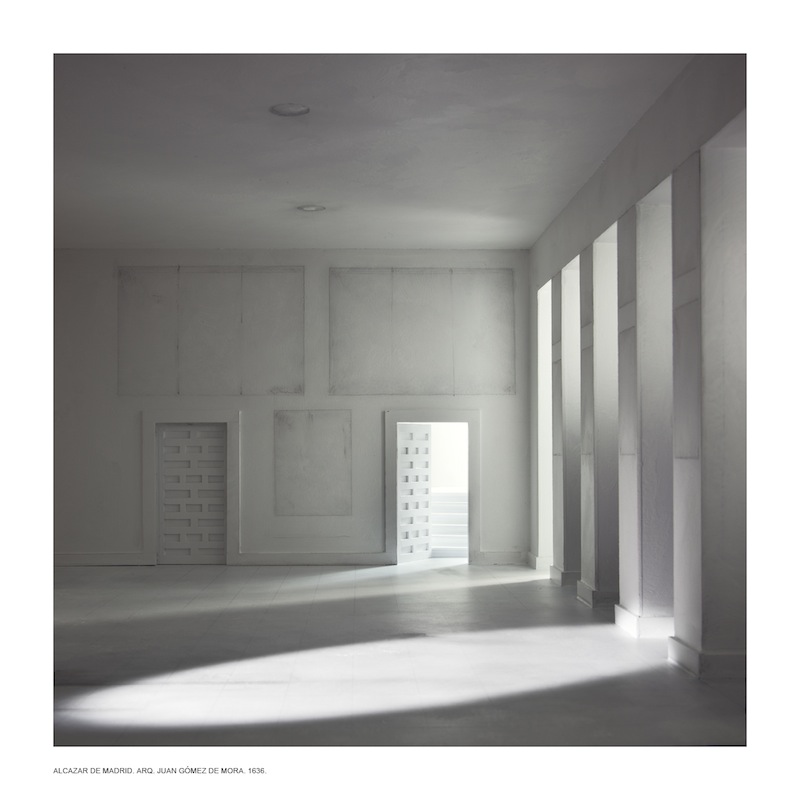 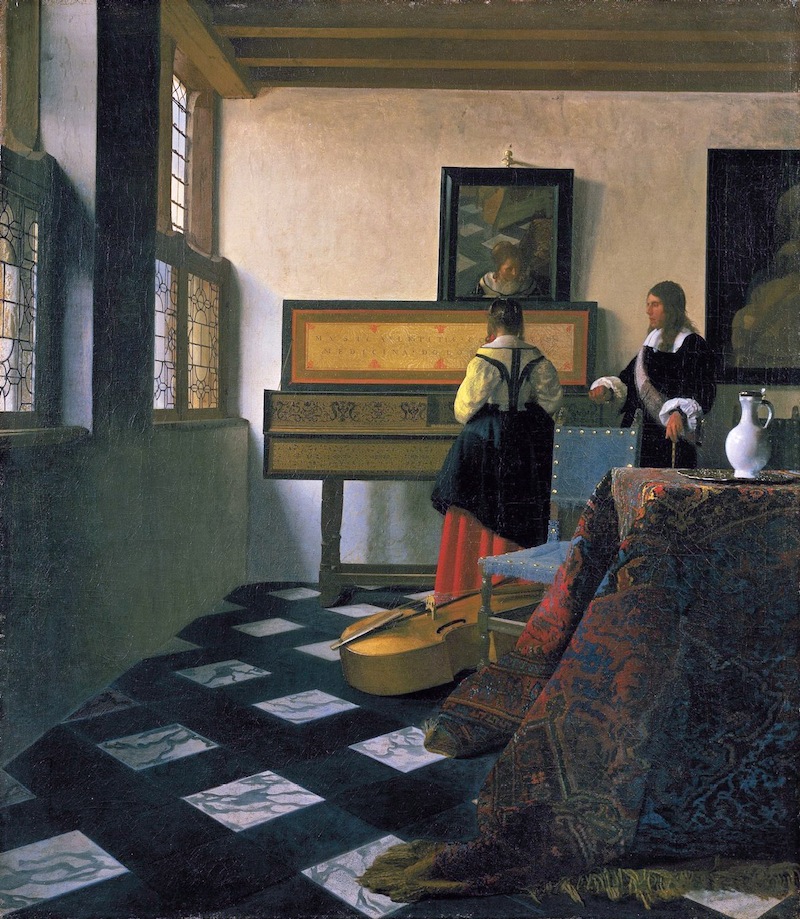 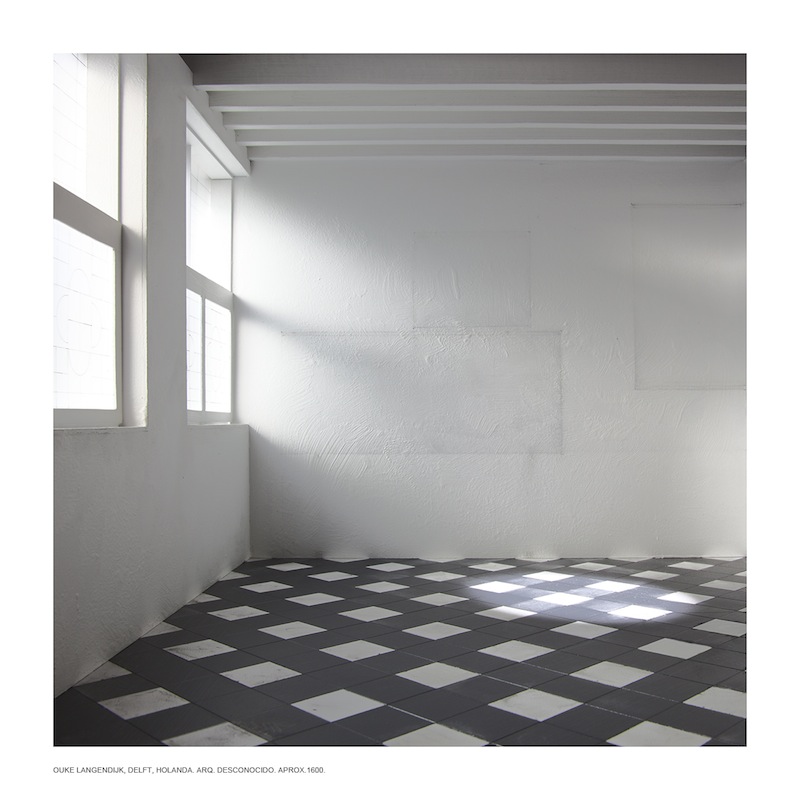 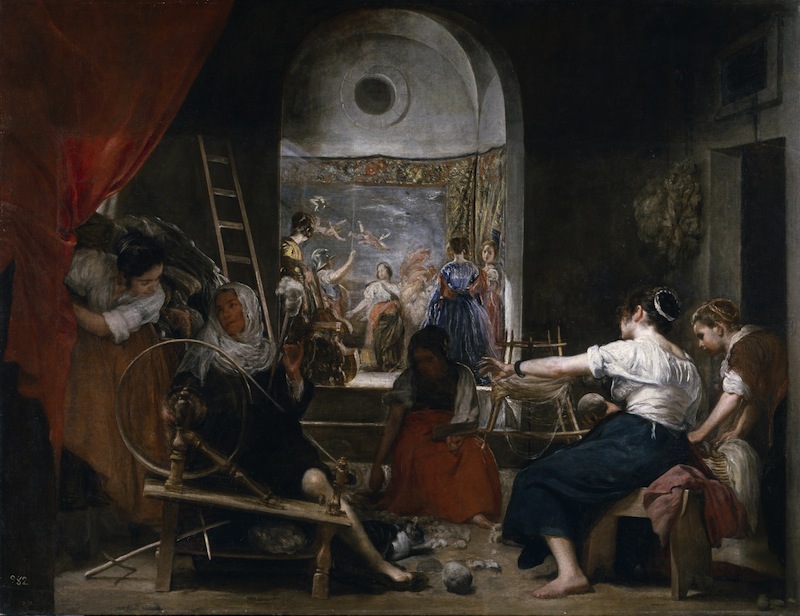 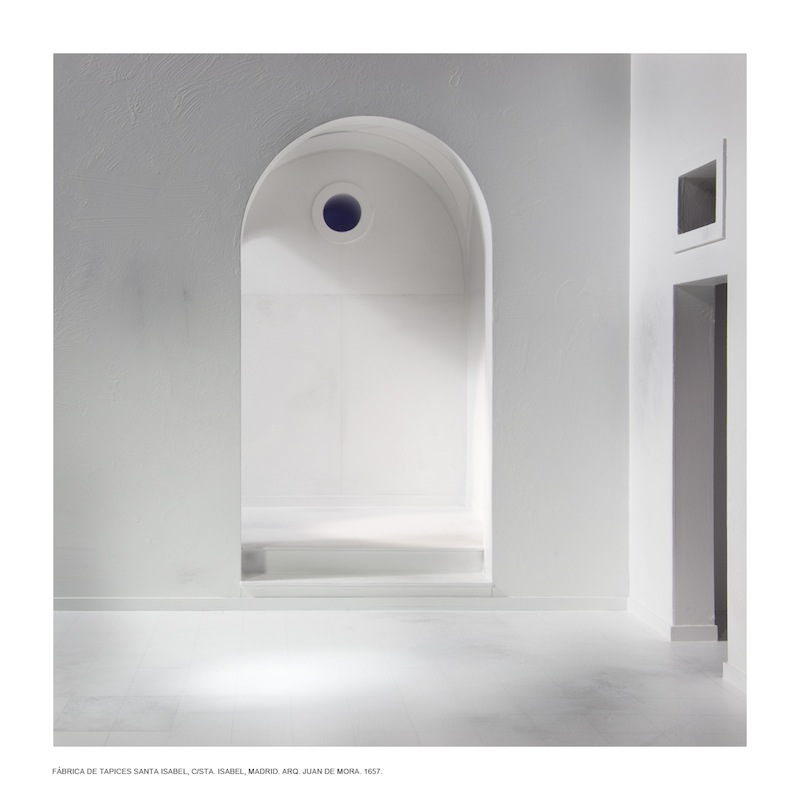 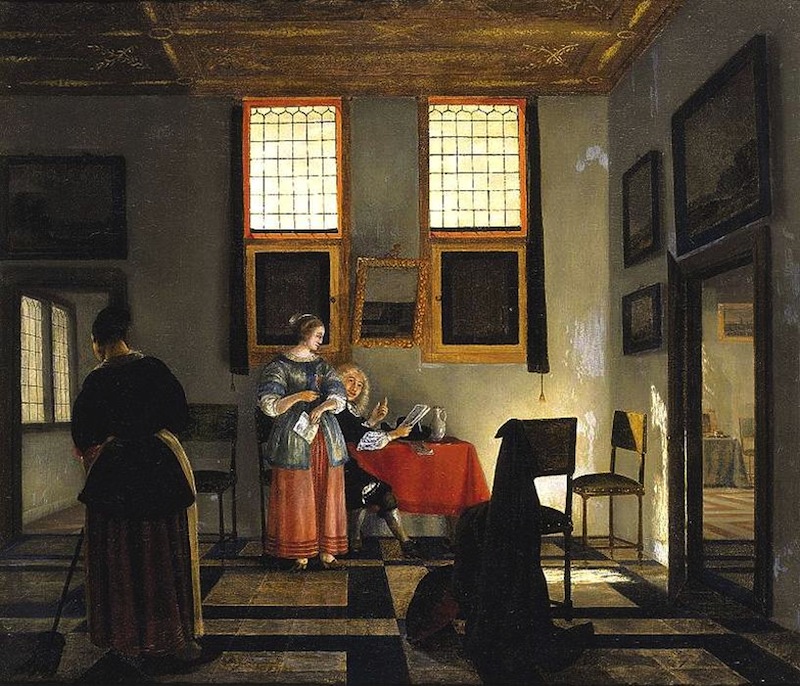 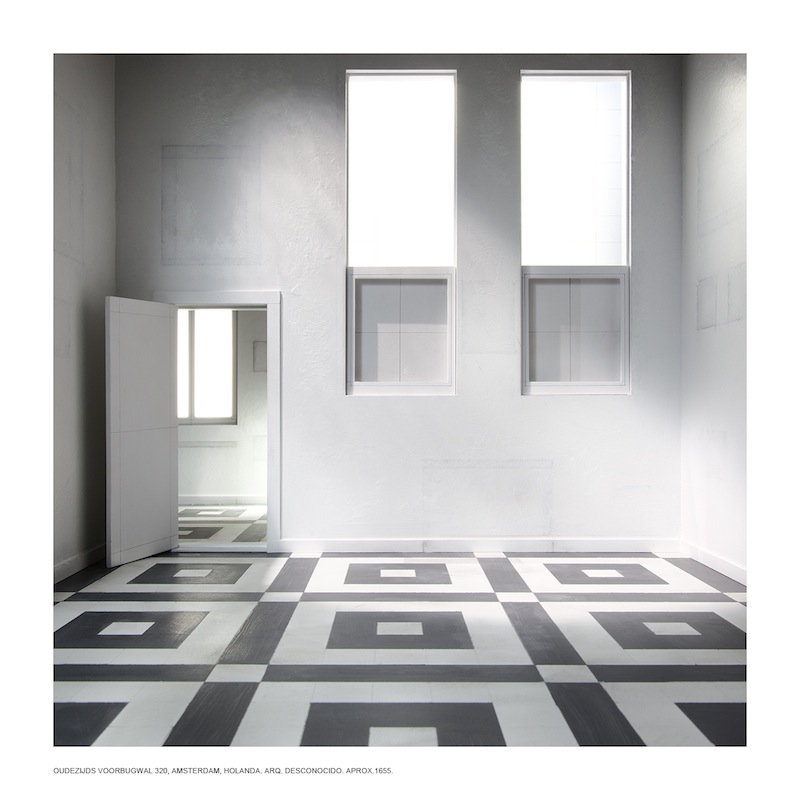 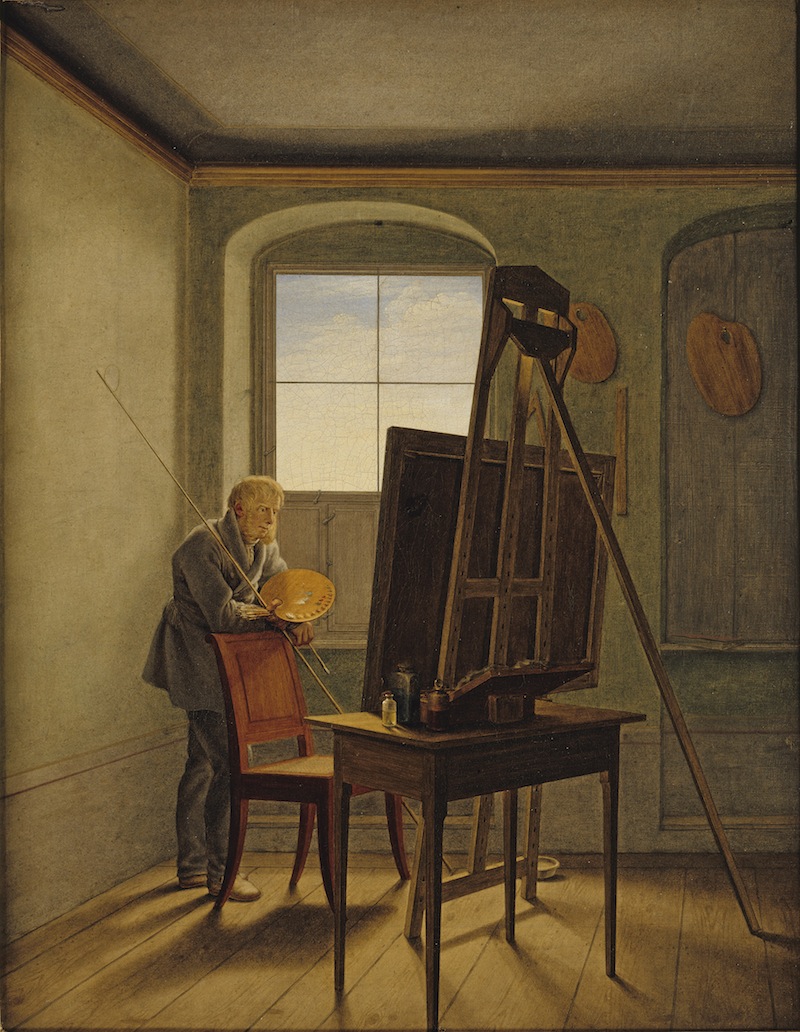 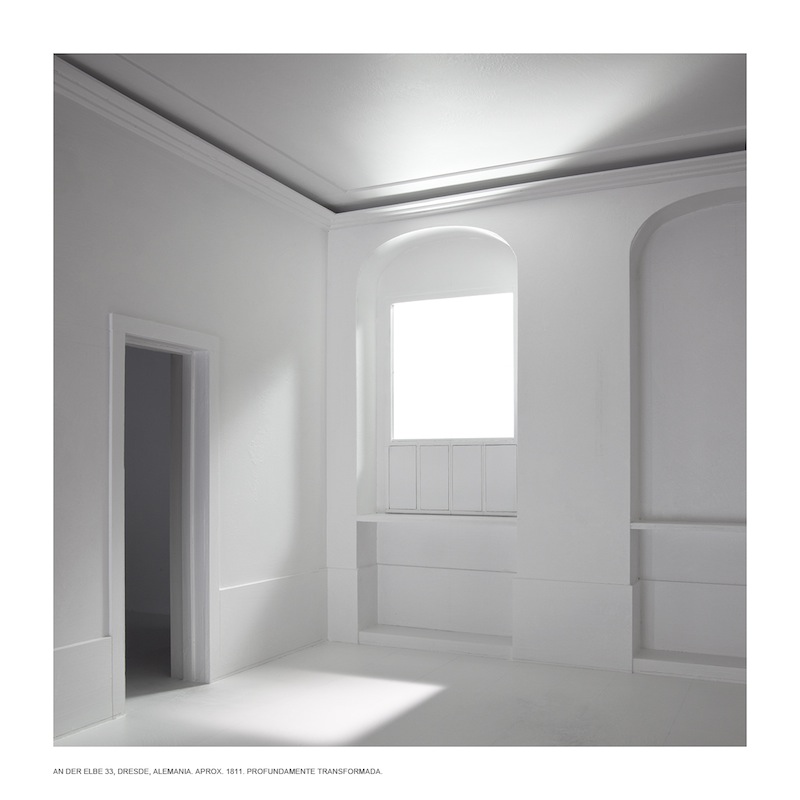 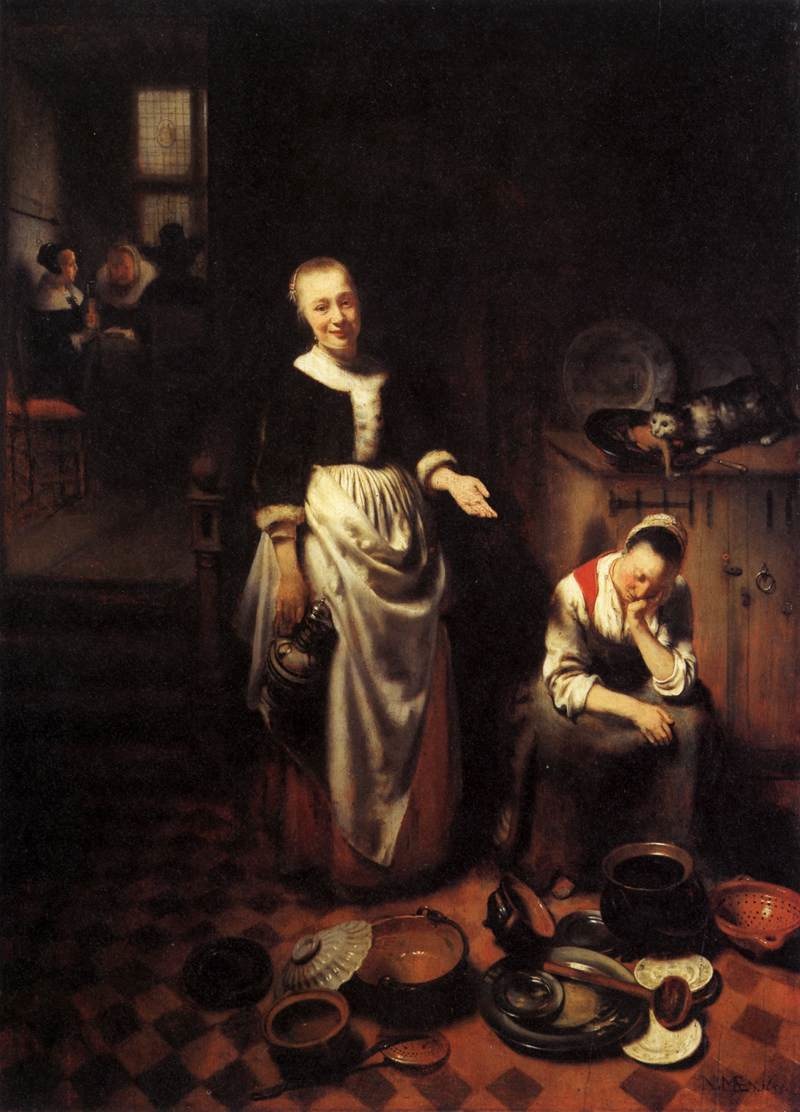 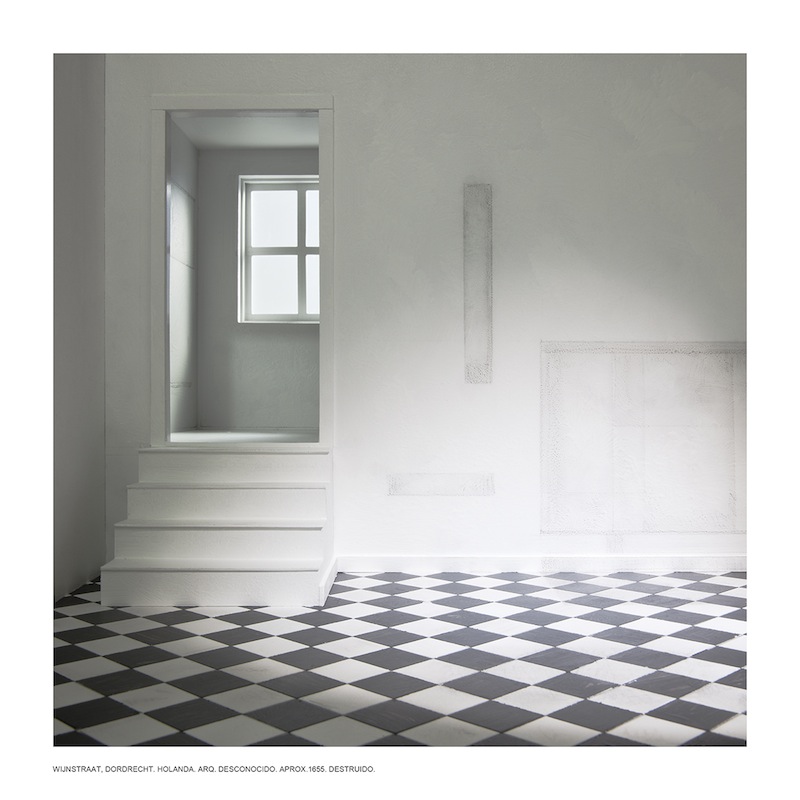 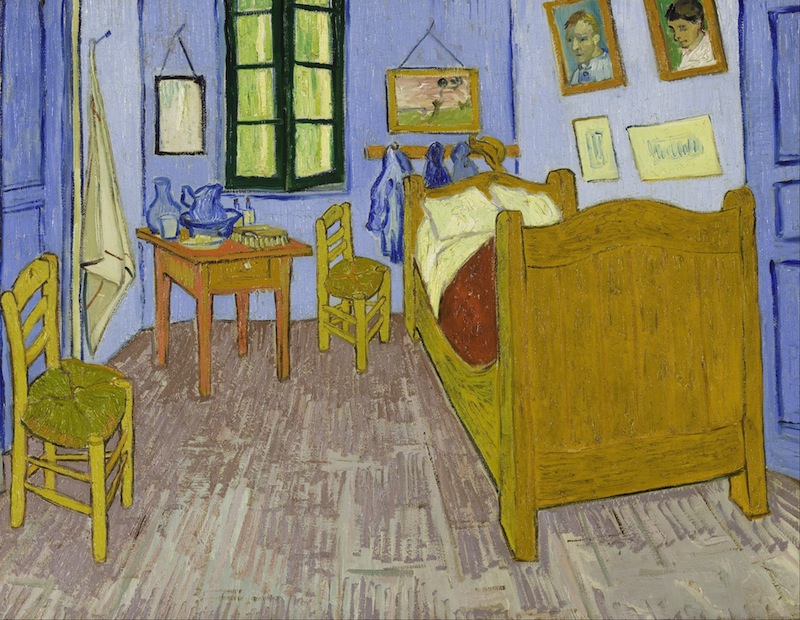 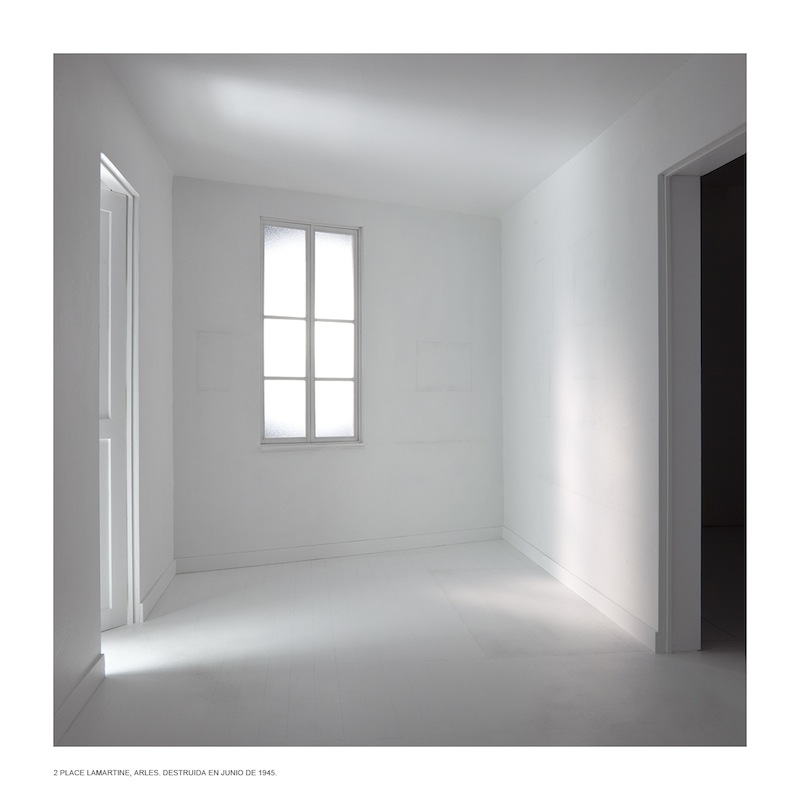 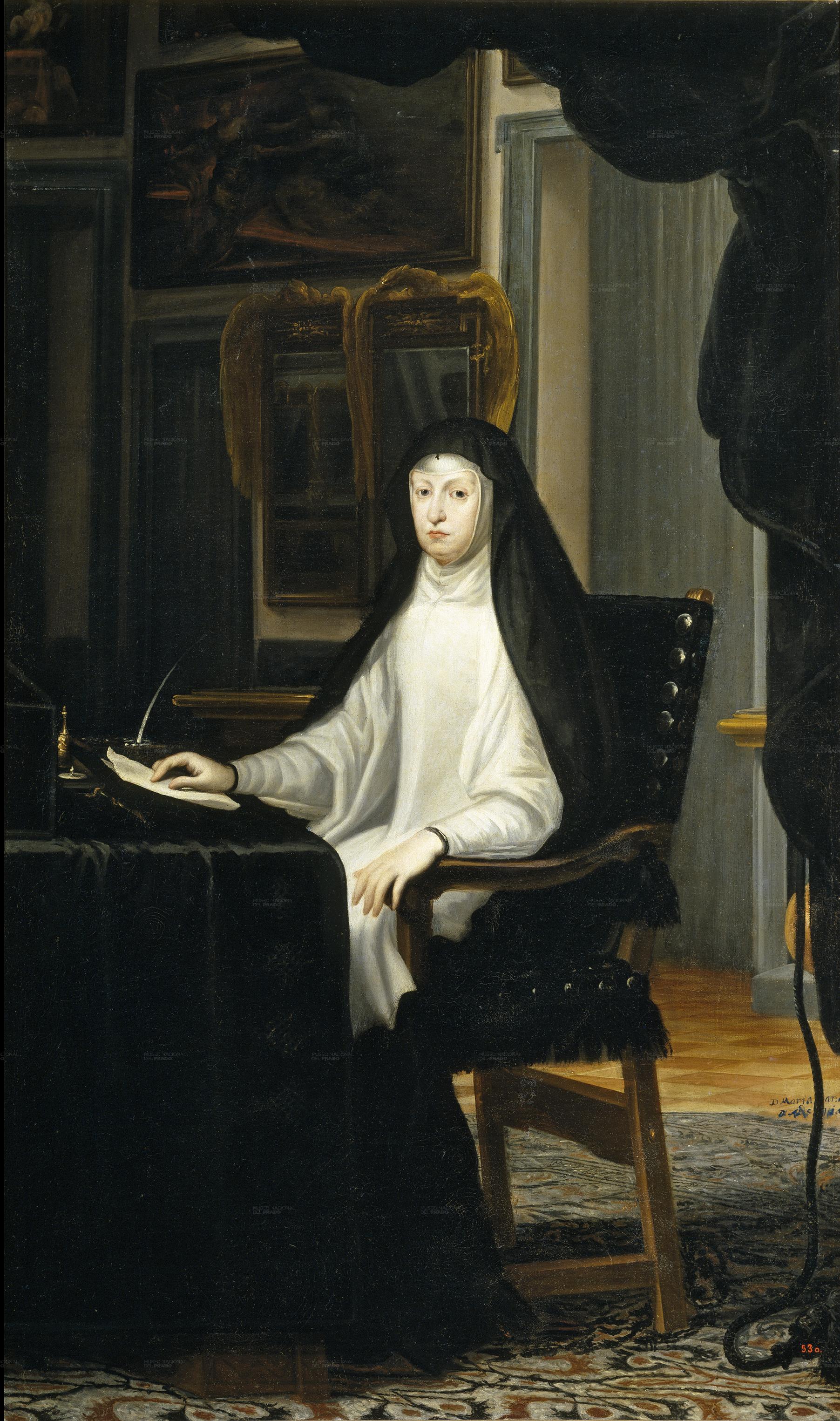 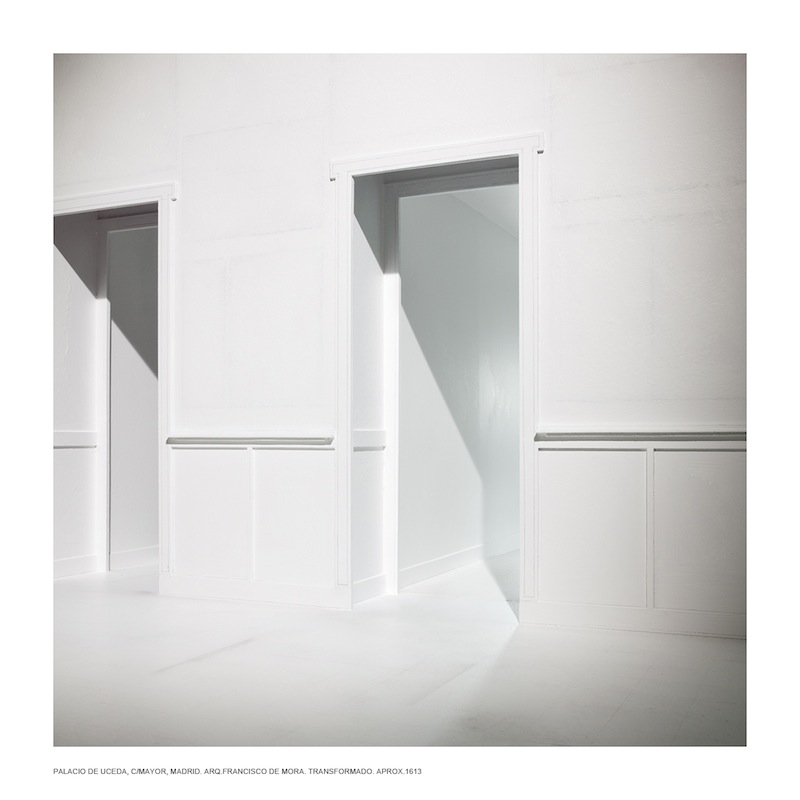 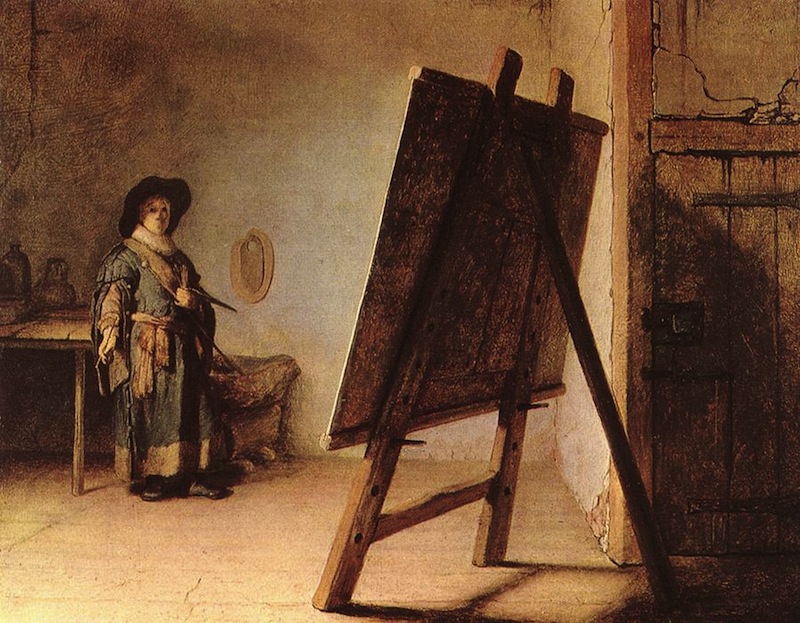 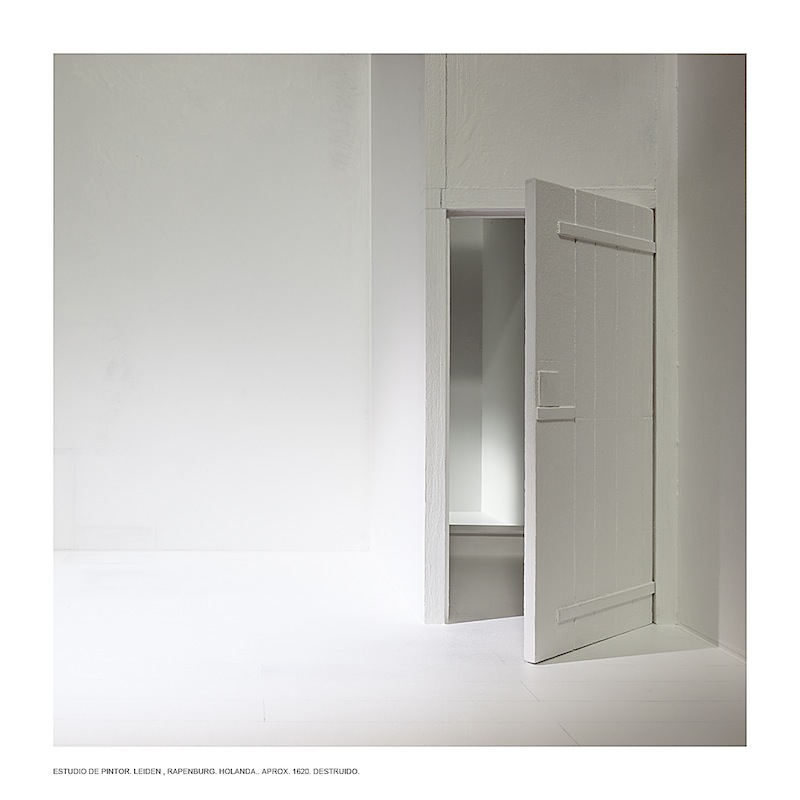 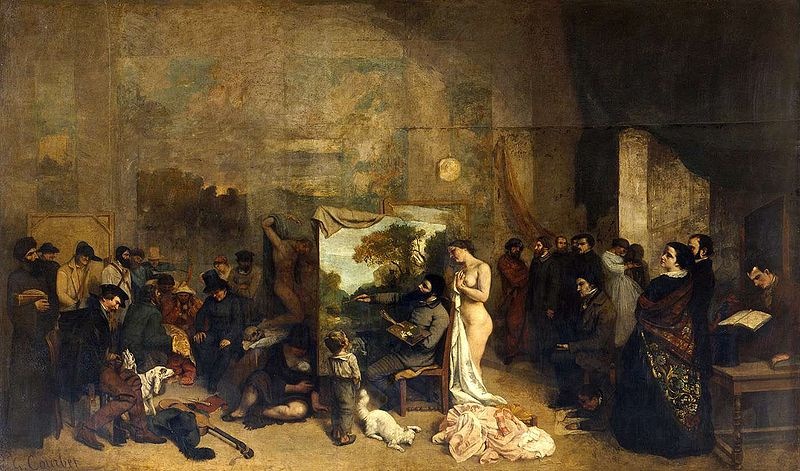 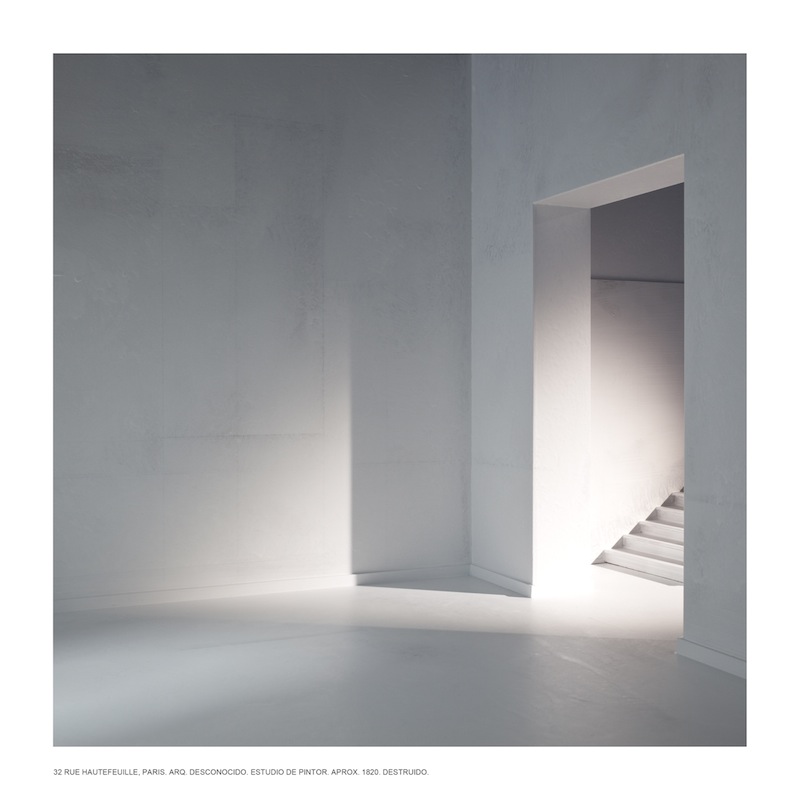 Palimpsesto, or palimpsest in English, is the page of a manuscript from which text was erased so that new text could be written on it. Palimpsesto is the name Spanish artist Emilio Pemjean chose for his latest, mind-bending series of photographs.

A cross-disciplinary artist who mixes architecture, sculpture, painting, video and photography in his works, for Palimpsesto Emilio did something brilliant: he chose a number of famous paintings by the likes of Jan Vermeer and Vincent Van Gogh, and created models of the spaces depicted in the paintings, stripped of any character and element. He then photographed the empty spaces, revealing imaginary architectures and emphasizing the light sources of the painted scenes.

The slideshow above includes both the original painting – see the caption below to find out which paintings they are – and the related photographs from Palimpsesto. Read below Emilio’s statement for the project, and find at the bottom of the article a short video where he talks about Palimpsesto (the video is in Spanish with no subtitles, but it’s still interesting to see a bit of the making of the models used for the work).

“The project is a journey through architectures which are today non-existent but yet recognizable and turned into references and collective myths in painting.

The selected architectures are those represented in masterpieces of painting. They have been undressed and recreated, using scaled models, completing and representing spaces partially hidden by the objects used in the painting.

The project reveals a temporary and dimensional transformation process through time that begins with the original and old construction of the space, its later use and decoration for the purpose of the painting, its decline and final destruction, its reconstruction through a model and its photographic process (and the model destruction).

Reviving the room spaces and returning them to their third dimension with the construction of models (with a picture taken later) in a game of transmutation of languages that goes from architecture to painting, sculpture to photography, and finally inviting us to a reinterpretation of these spaces as a symbol. This process of alchemy (a process deeply associated with the purpose of obtaining photographic images), of overwriting is referred to in the title of this series: palimpsest.

The naked space that is photographed feels like a palimpsest, preserving traces of one or more overlapping and partially deleted writings and inviting a reading of multiple layers that communicate among themselves (and with other pictures) suggesting a new perception of the represented space, its value as a symbol and its ability to represent a particular socio-economic, cultural and political order.

Palimpsest: a manuscript or piece of writing material on which later writing has been superimposed on effaced earlier writing. Something reused or altered but still bearing visible traces of its earlier form.”

Palimpsesto will be exhibited in Paris at Colegio de Espana until 30 November.