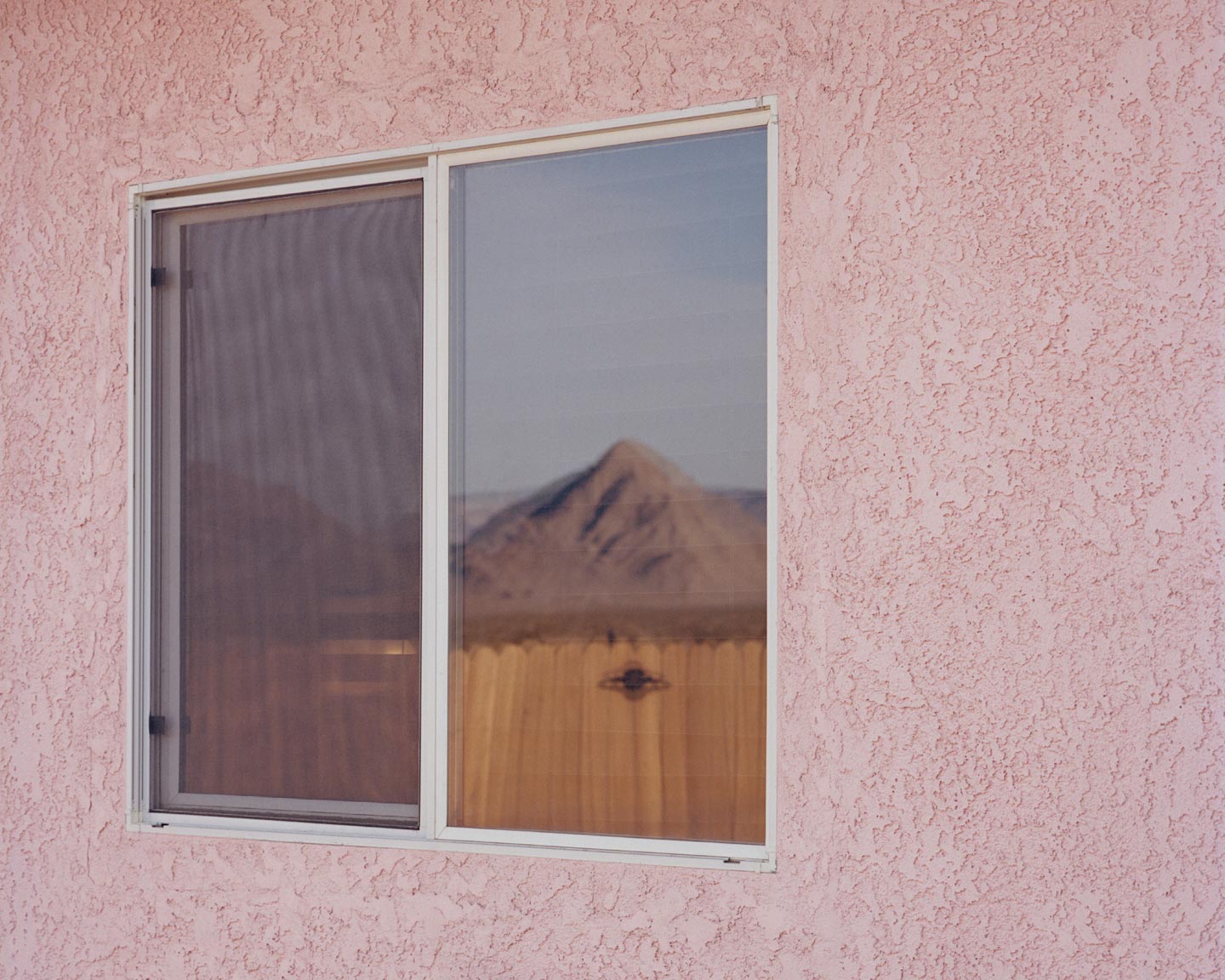 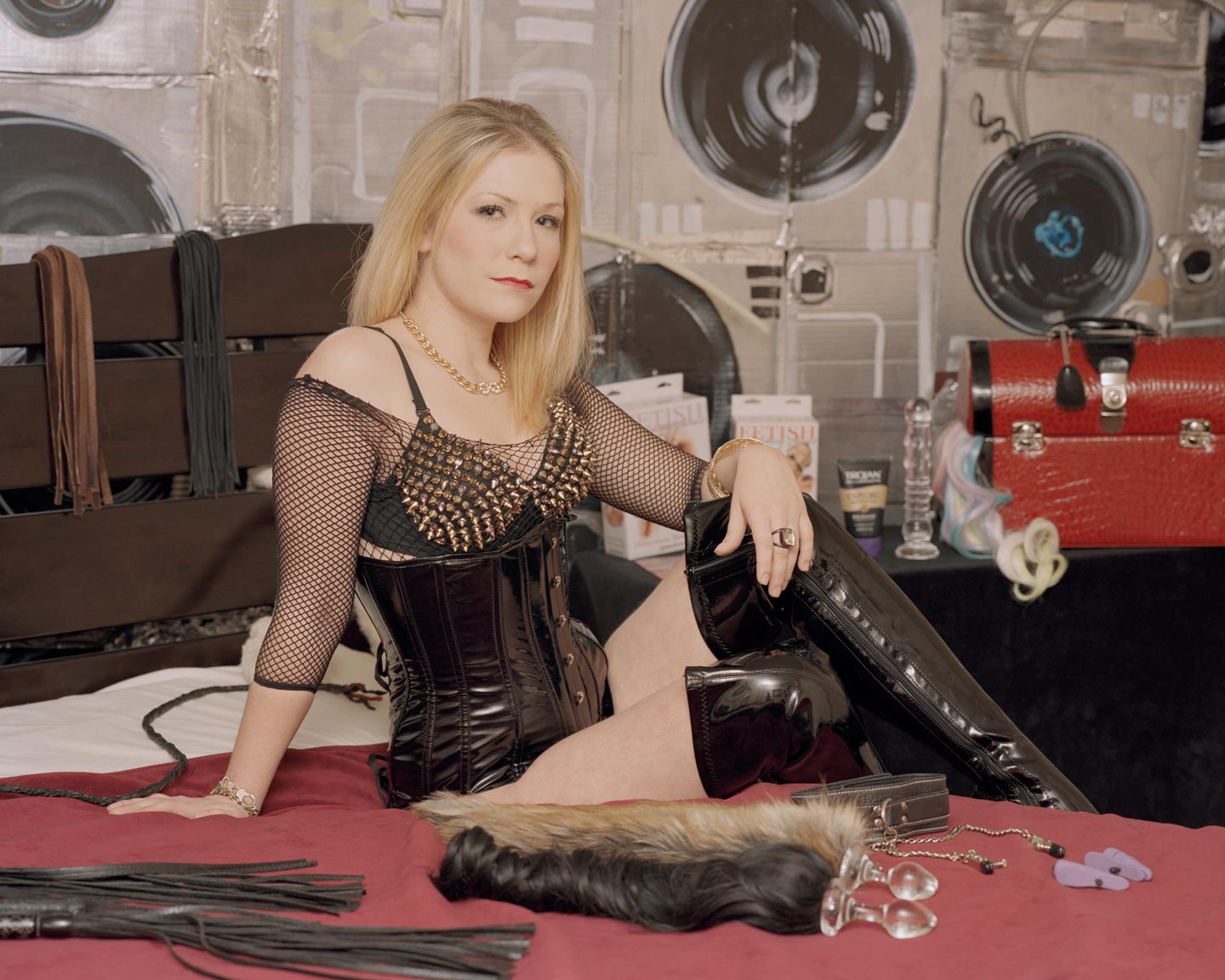 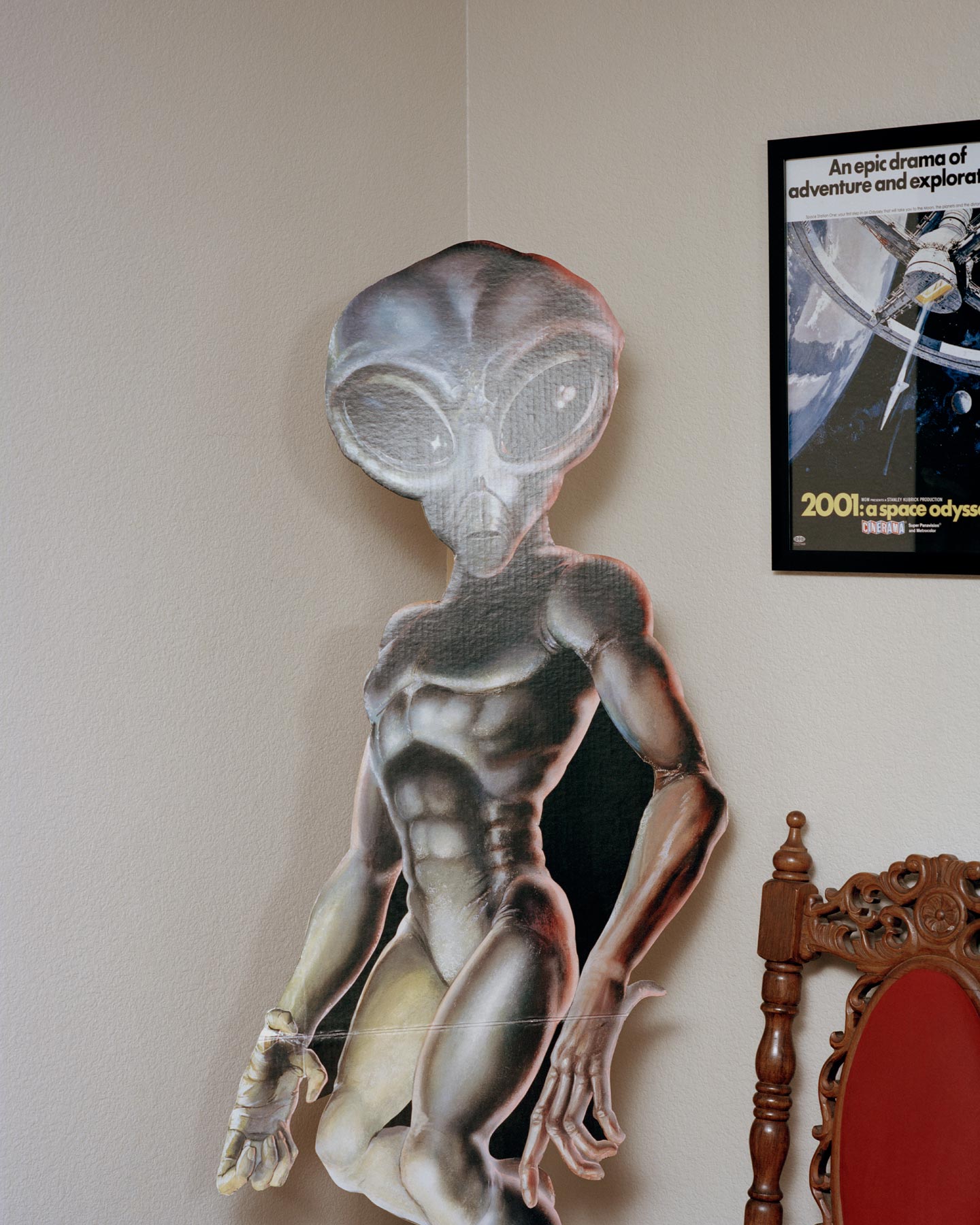 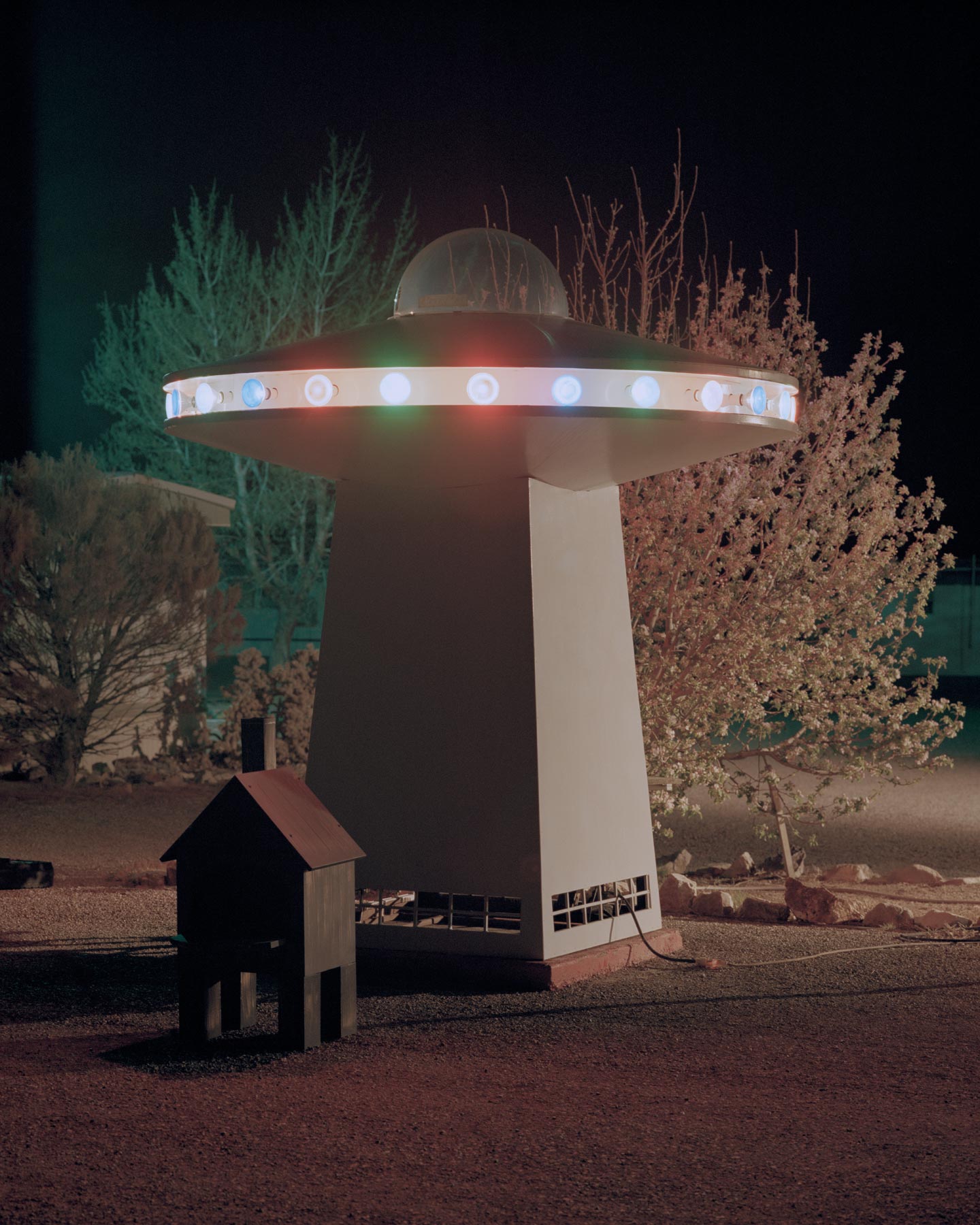 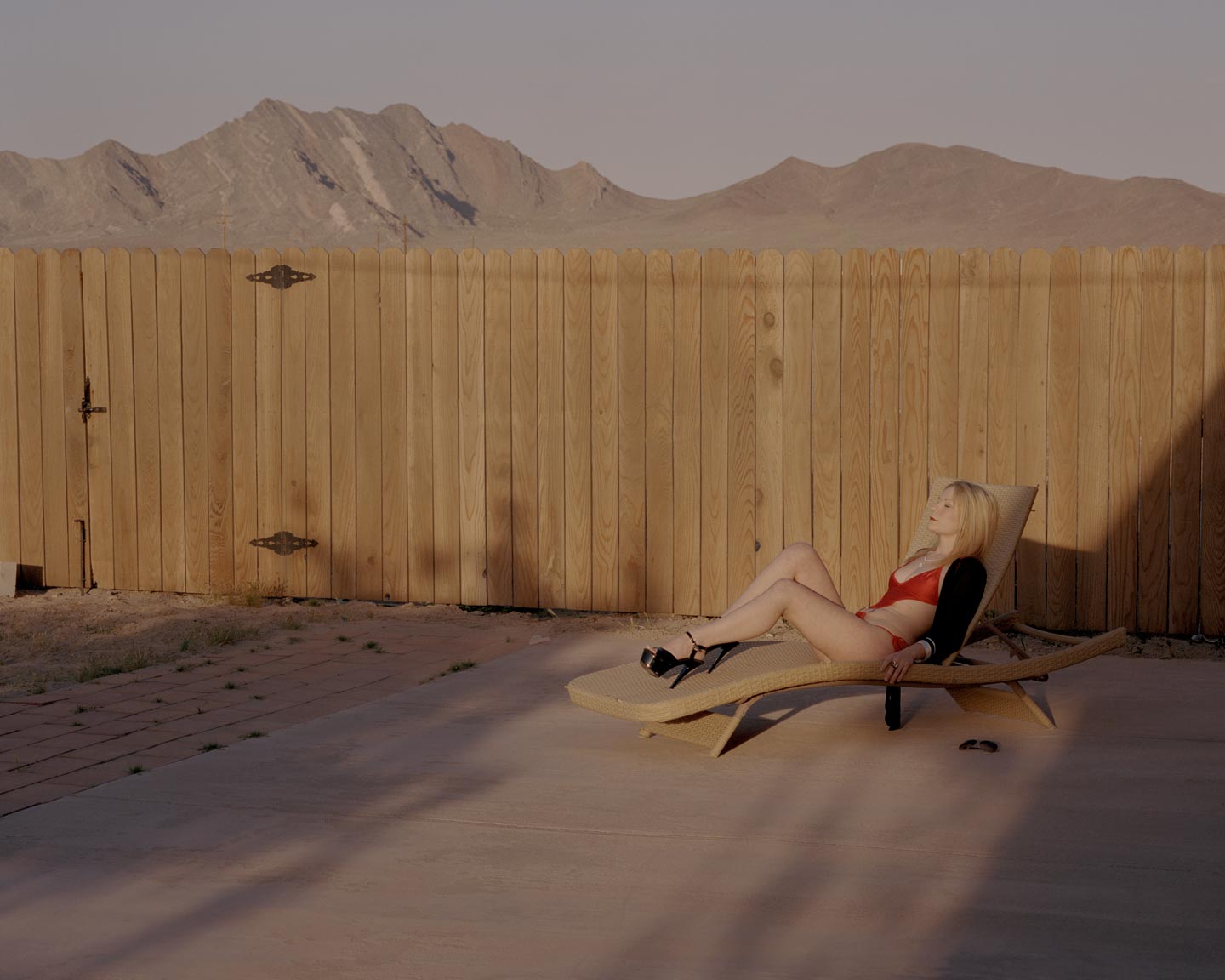 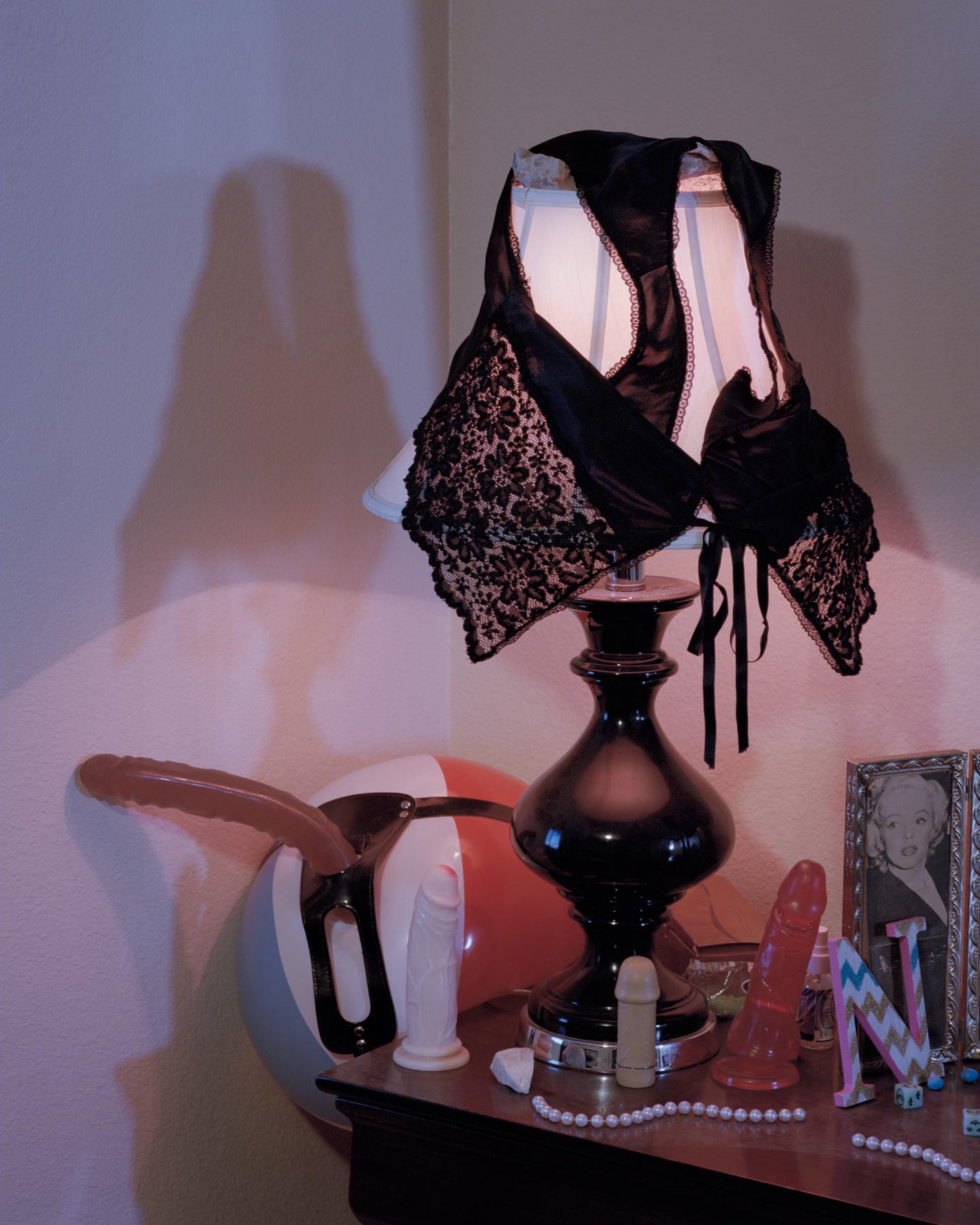 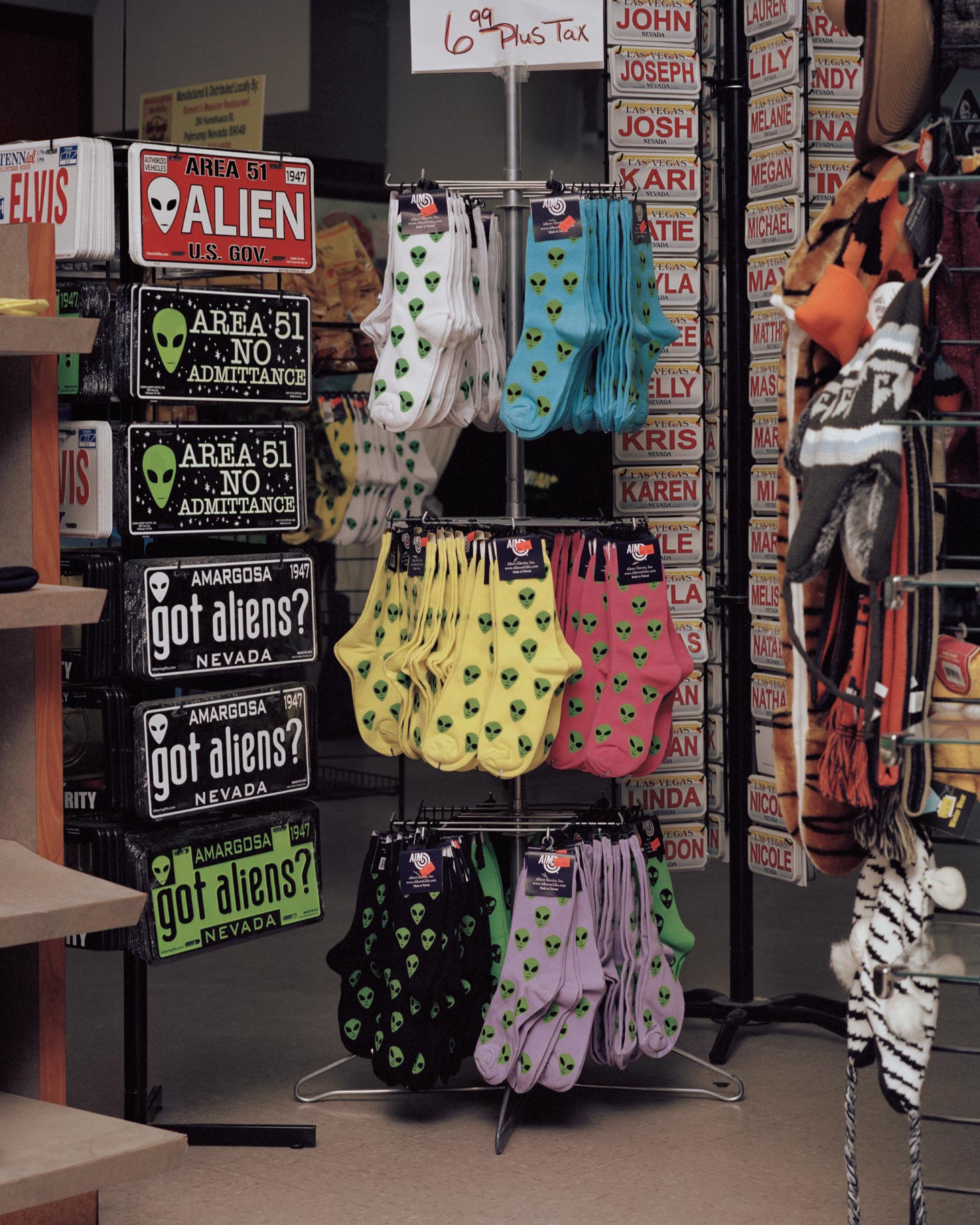 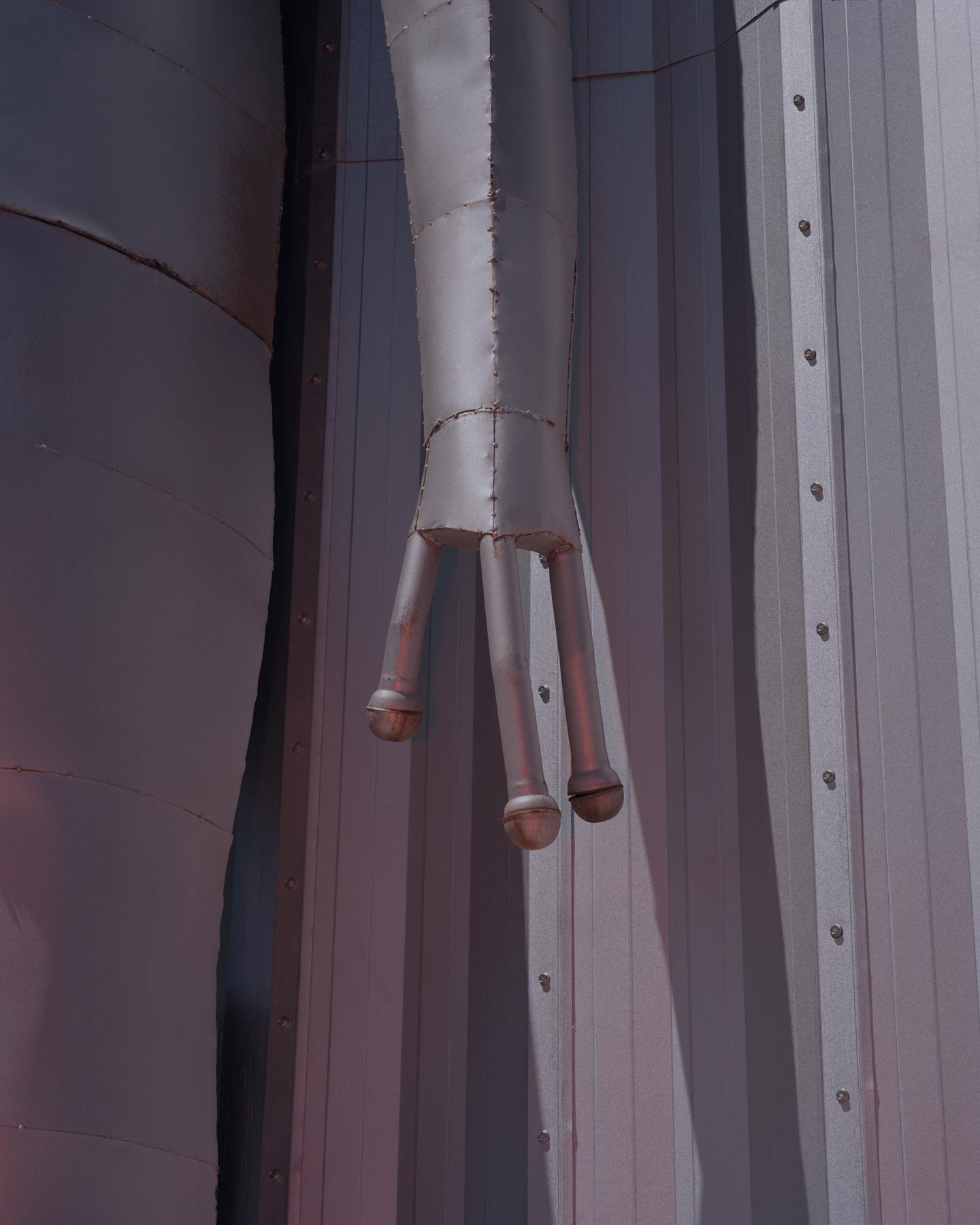 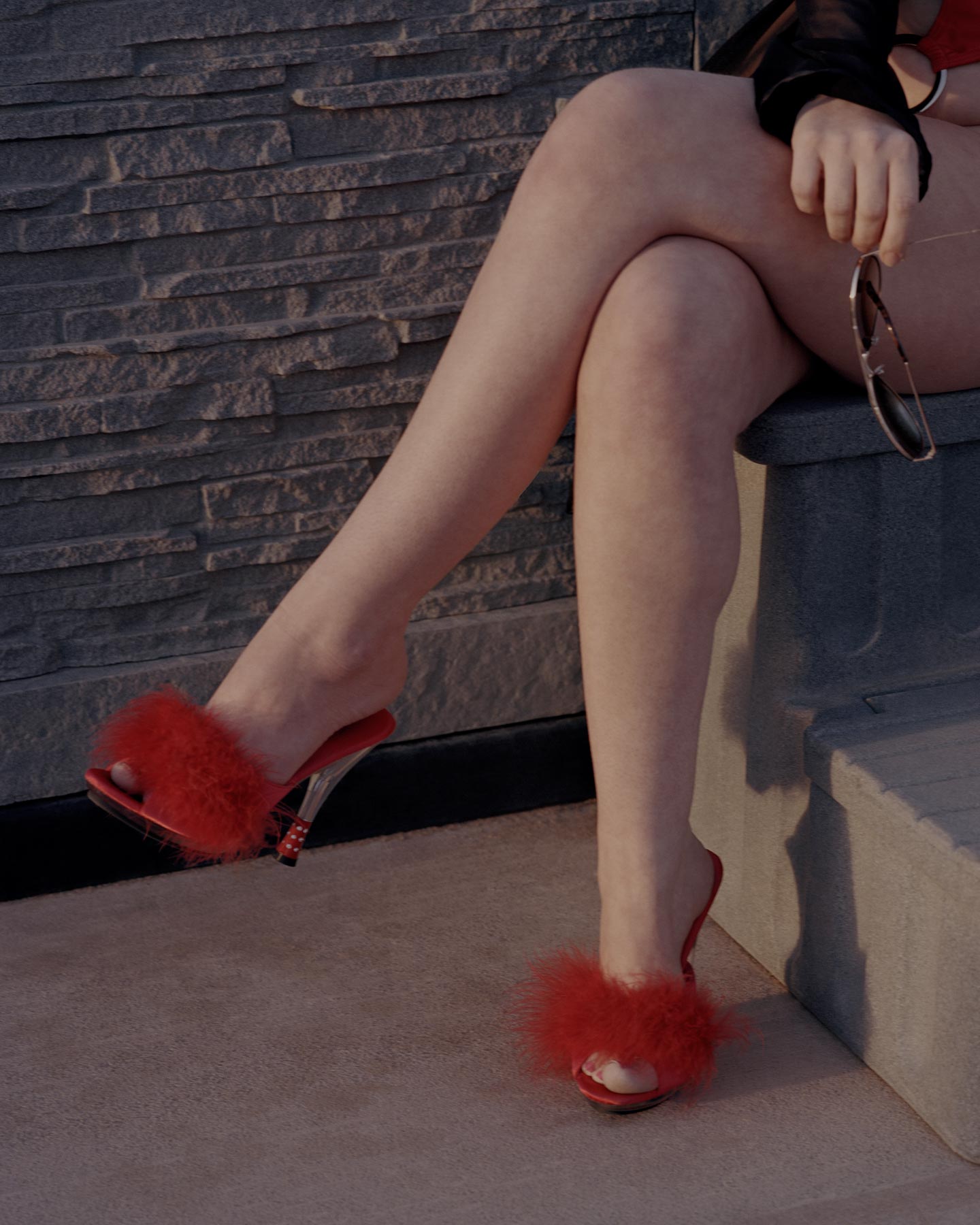 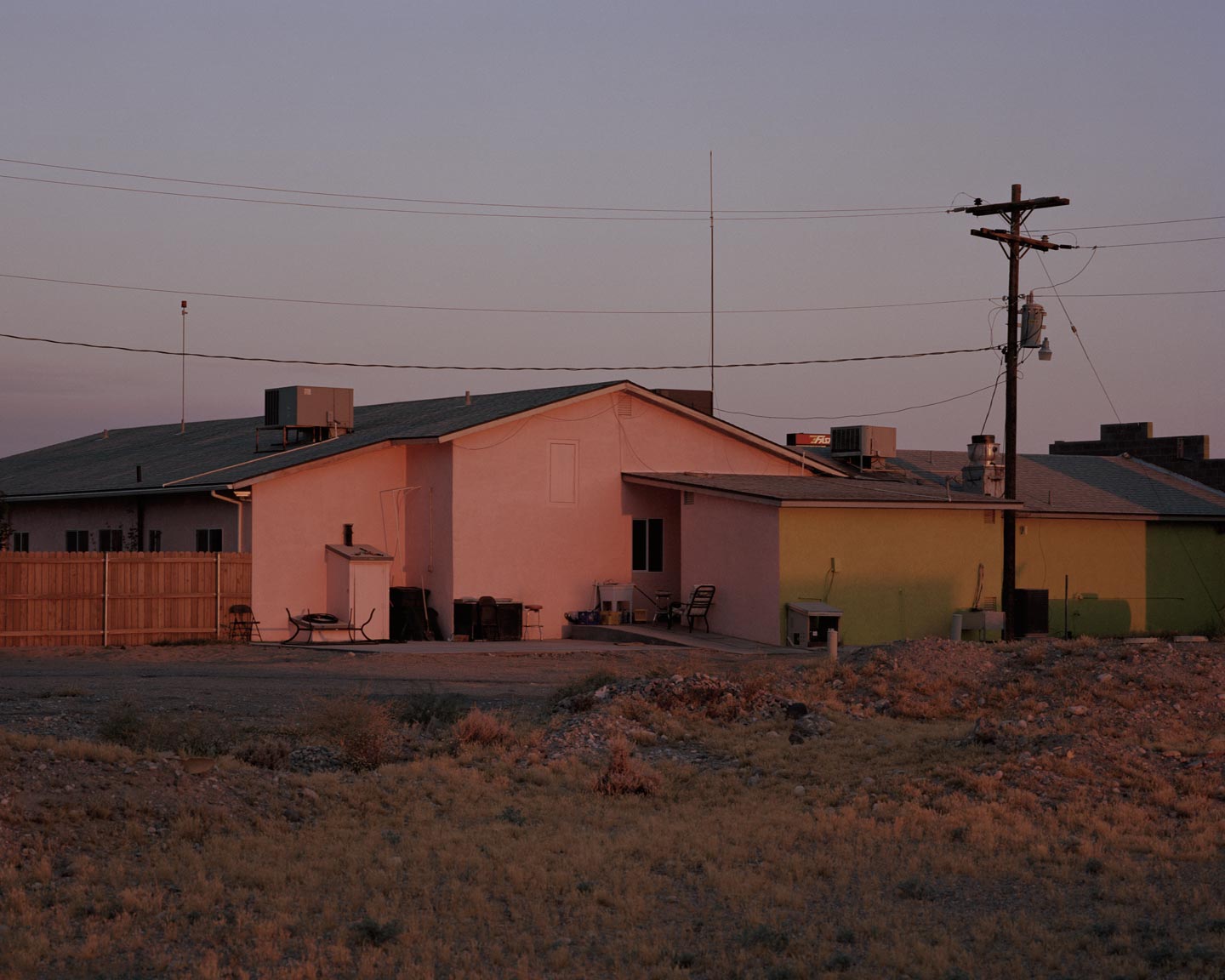 Area 51, a secretive military facility in the US state of Nevada, is at the center of several modern conspiracy theories, with the most common speculating that the base is used to study pieces of alien aircraft crashed on our planet, and even host encounters with extraterrestrials. This explains why many businesses of the region have playfully incorporated UFO inspirations in their marketing efforts; but the alien-themed brothel photographed by 28 year-old American photographer Ryan Shorosky brings the approach to a whole different level…

Of course, and thank you for having me. What interests me most about photography is its ability to allow oneself to carefully look at things and see with uninhibited clarity. I think one of the greatest and most rewarding challenges for me as a photographer is the way I get involved with my subject matter. Whether it’s working full-time and driving an eighteen-wheeler in order to photograph truck drivers, or riding and caring for horses to better understand how to photograph a rodeo, I have always been interested in such an approach of total immersion. I believe somewhere within this lies the potential for unification between understanding and picture-making, and almost always results in a deeper examination of a subject.

Please introduce us to Nevada Mirage.

Nevada Mirage is an ongoing project and my first monograph. The project examines and explores the areas of central Nevada, with a focus on the towns and areas that border the vast military and government land that makes up so much of the state itself. The federal government currently owns about 85% of the state of Nevada—nearly half of that is occupied by the Department of Defense and the Department of Energy. These have a longstanding reputation for secrecy and allure in a part of the country that lays claim to the development of nuclear weapons, stealth programs, and the supposed Area 51.

I was originally introduced to central Nevada through my travels working as a long-haul truck driver in 2014. Growing up I always had a fascination with the West and with Nevada specifically, so I took advantage of any chance I had to drive through the state as a way to try and encounter the aura that existed in my head.

Being Nevada the state of Area 51, it’s clear why the work includes alien-themed pictures. But what about the sex-themed ones?

One night as I was driving south through the state, I came upon a truck stop in Amargosa Valley that included an alien-themed brothel, a restaurant, and a glorified convenient store. At the time my limitations with working full-time as a truck driver, and always being on the go, didn’t allow me to spend more than twenty minutes in the same place; but I often thought of that truck stop, and ended up driving past it a few more times during that year. It wasn’t until this past May, after being back in New York for some time and feeling eager to get out and work on a new project, that I decided to throw myself into fully exploring the area. And I knew that the place to start was the truck stop and brothel.

So these are pictures of the brothel and of the women who work there?

Yes. I knew I wanted to begin the project at that truck stop and brothel since they were the source of my curiosity with the area, so upon arriving I arranged to spend a few a days at the brothel itself. My goal was to not only try and photograph some of the women who worked there, but to really put into practice the way of exploring subjects that I’ve come to rely on for making the kinds of pictures that I want. So I interviewed the women; I hung out, had breakfast and watched television with them; we sat together around a fire in the backyard and went for walks to find rocks. They told me about their lives and everything I wanted to know about what it’s really like to live and work at a brothel in Nevada. And with all of that came the photographs, which ended up focusing on two of the women specifically, Ryder and Norma Jean, whom I got to know well.

Did you have any specific references or sources of inspiration in mind while working on Nevada Mirage?

I think Nevada Mirage is the first project I set out to work on with the goal of not using a strictly documentary style but combining different forms of photography. I’ve really become interested in some of the dynamics that exist in fashion work, especially so when dealing with non fashion subjects—as the project develops, so does my desire to explore more of these kinds of elements, which is incredibly exciting because often times it will leave me not knowing exactly where the pictures will end up.

I really hold personal experience to be the greatest influence on not only my work but also my interest in exploring the depths and potential as a photographer and individual in today’s world. So much of who I am today is defined by the time I’ve spent with myself. I love looking at and talking about others’ work, being involved in collaborations, and being a part of communities; but I believe that getting out there and connecting with yourself is what matters the most in the end. When I come back with such experiences, which feel nearly sacred to me, it’s almost as if the pictures become secondary. For me that’s where the magic in photography lies.