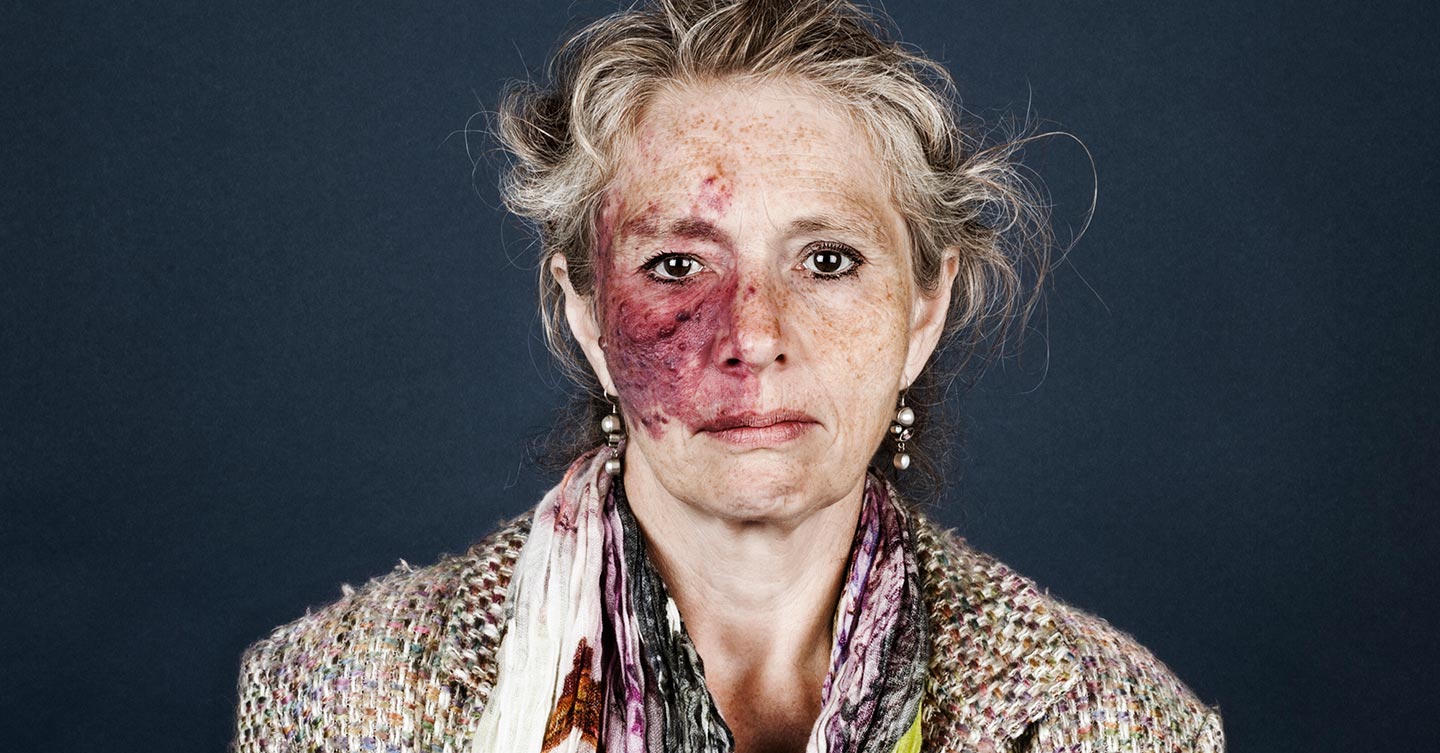 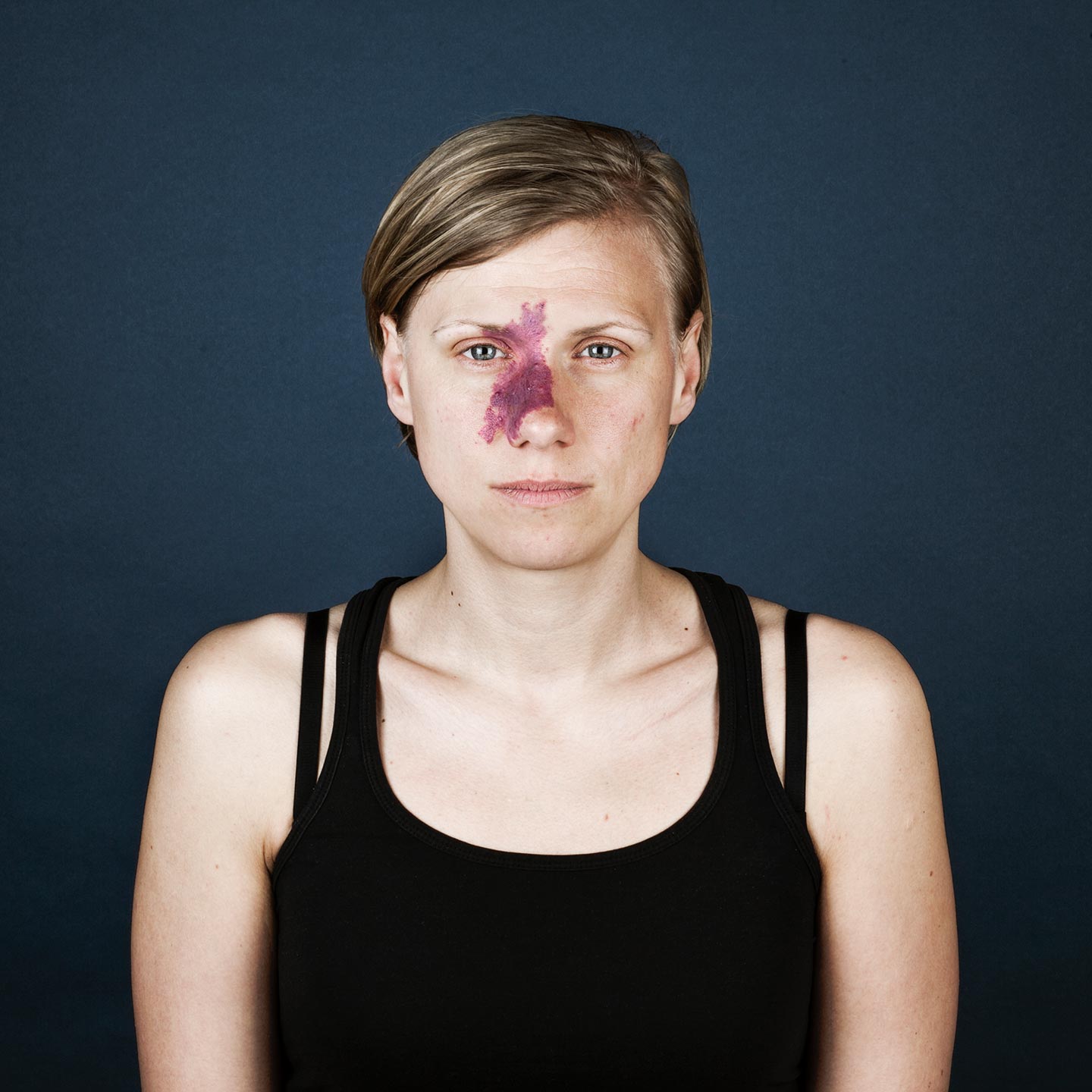 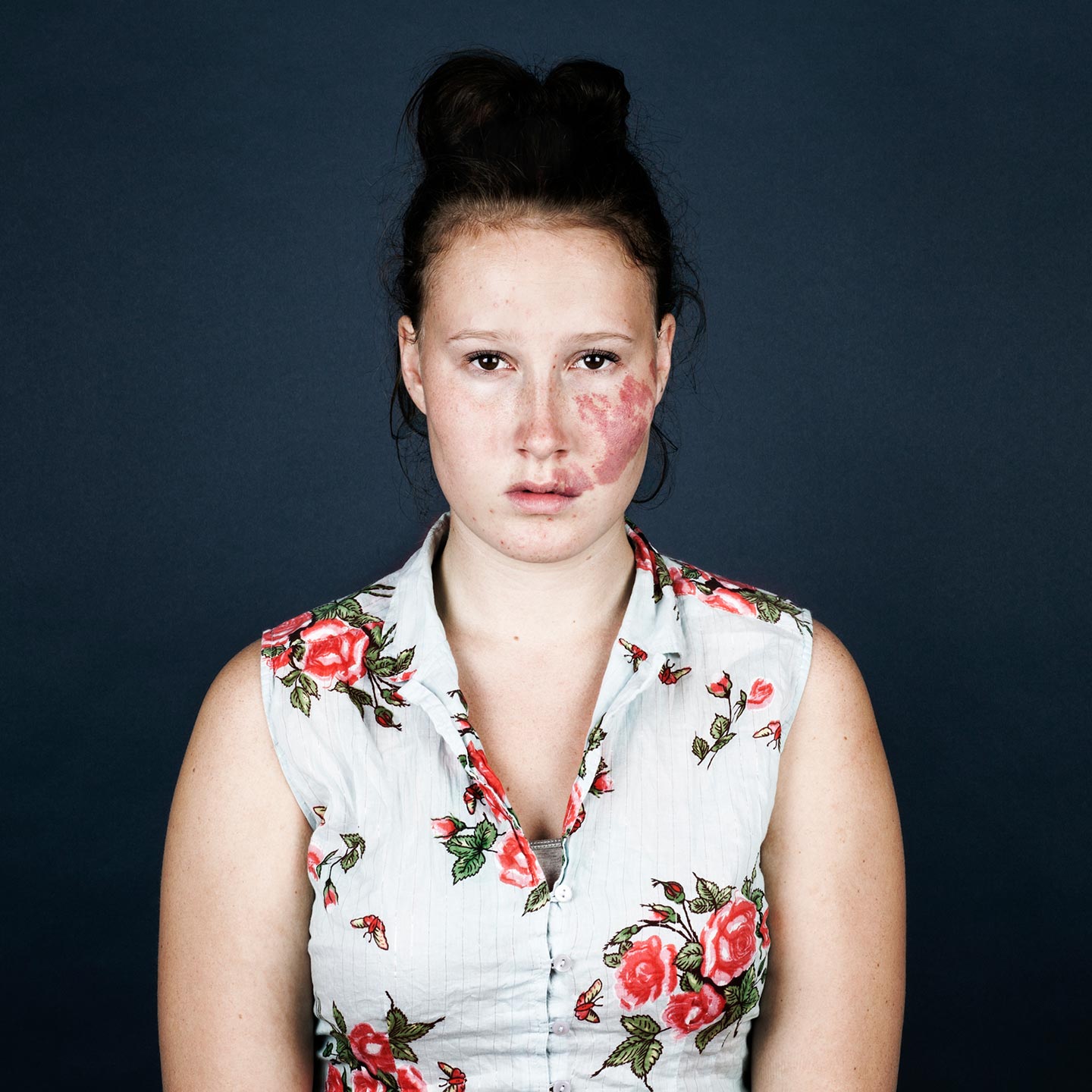 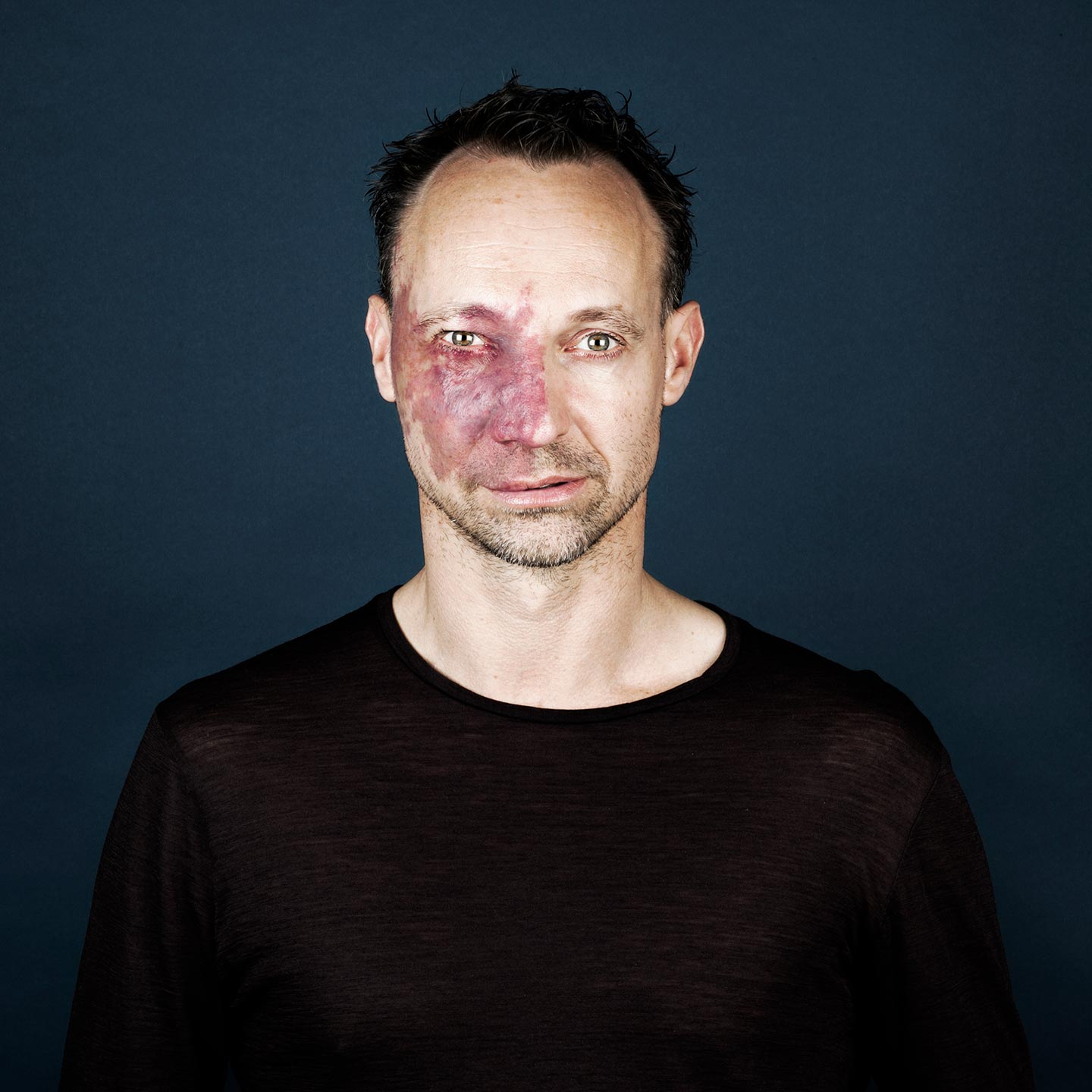 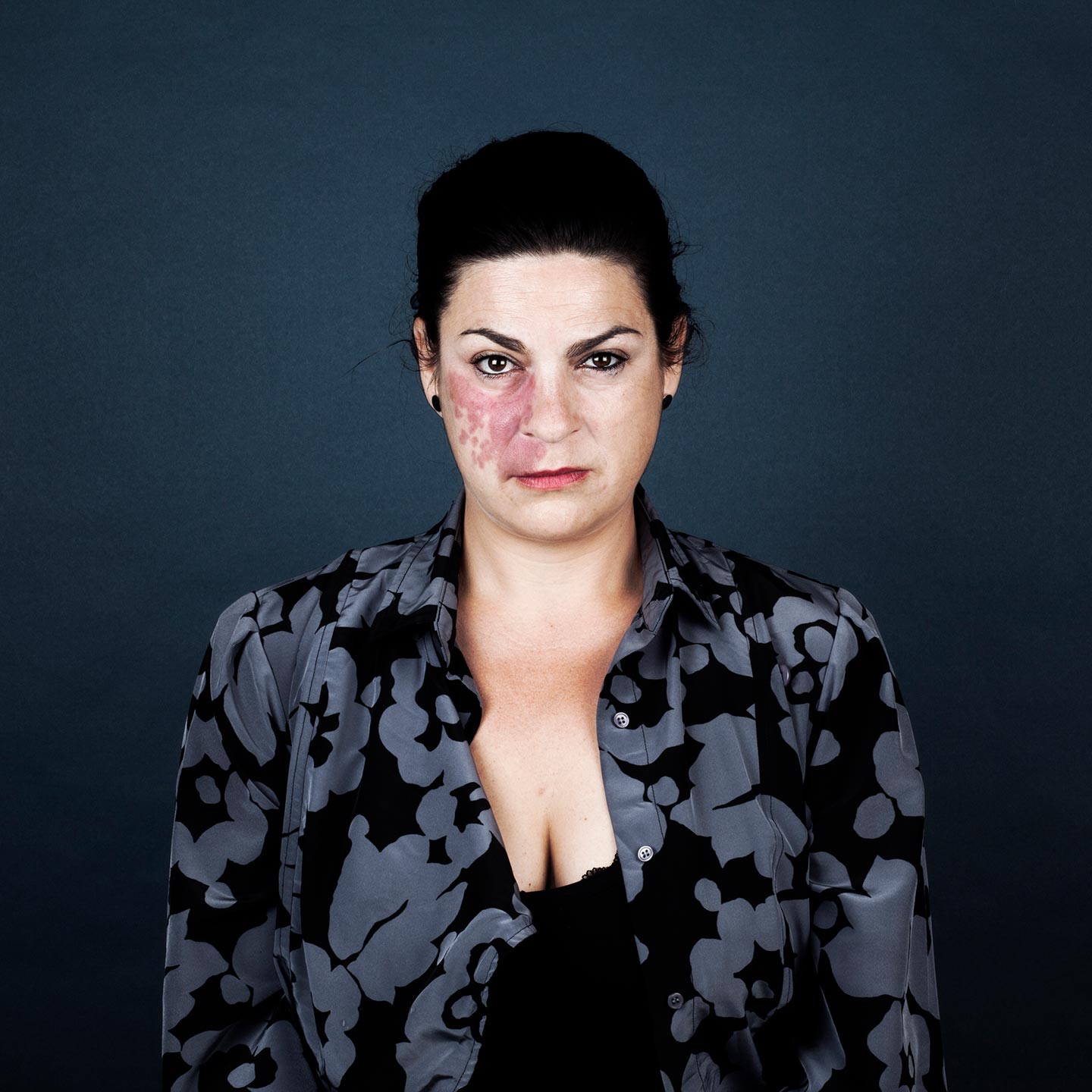 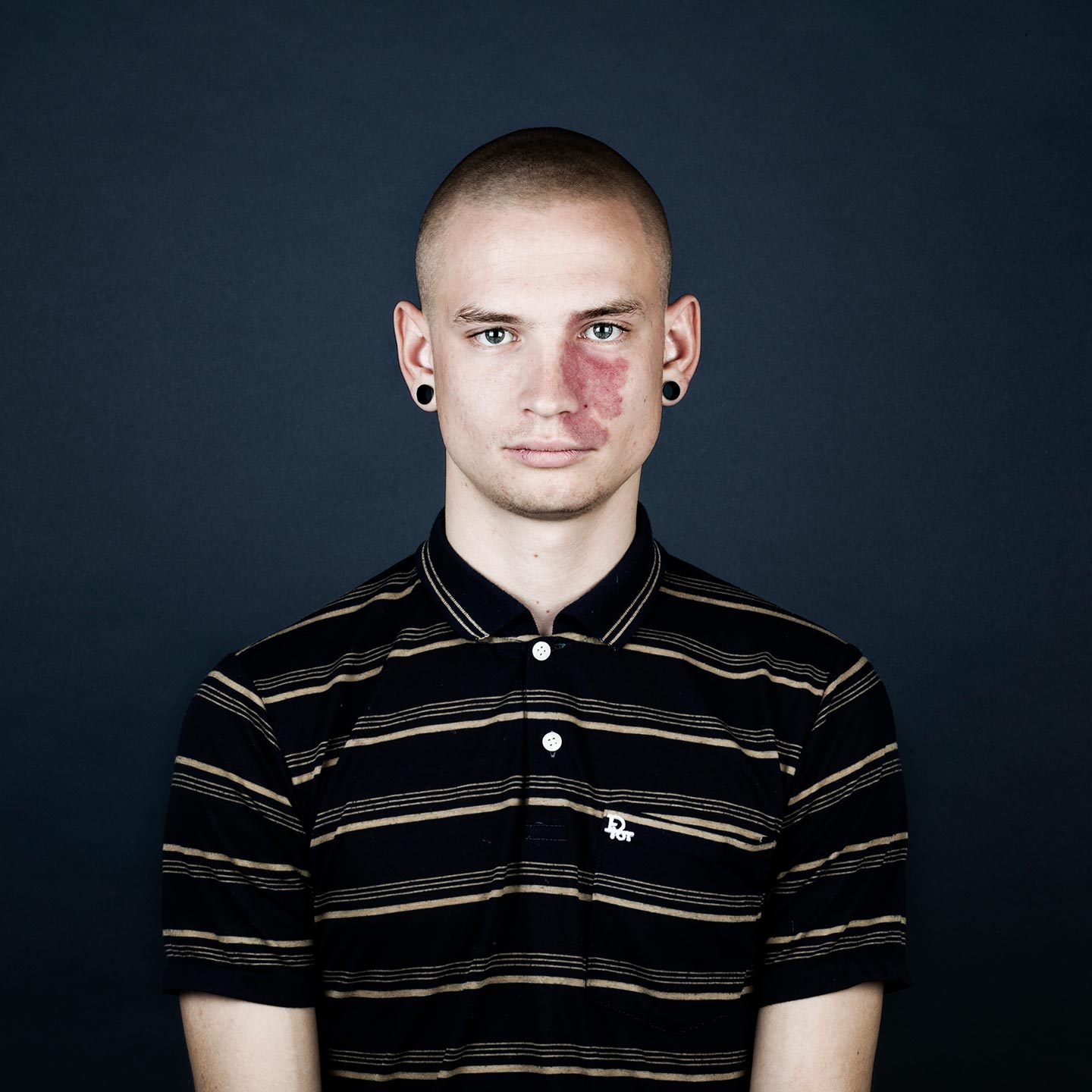 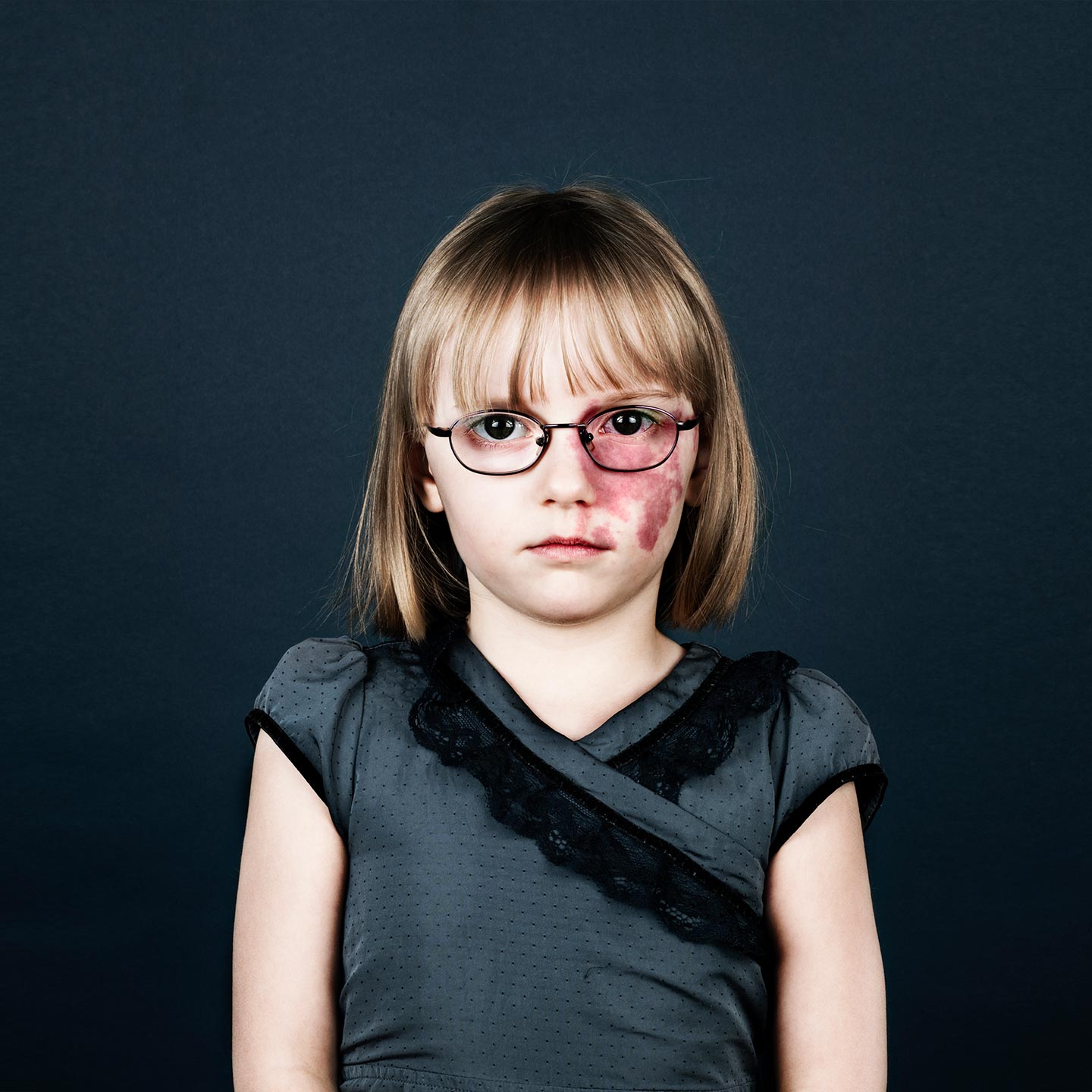 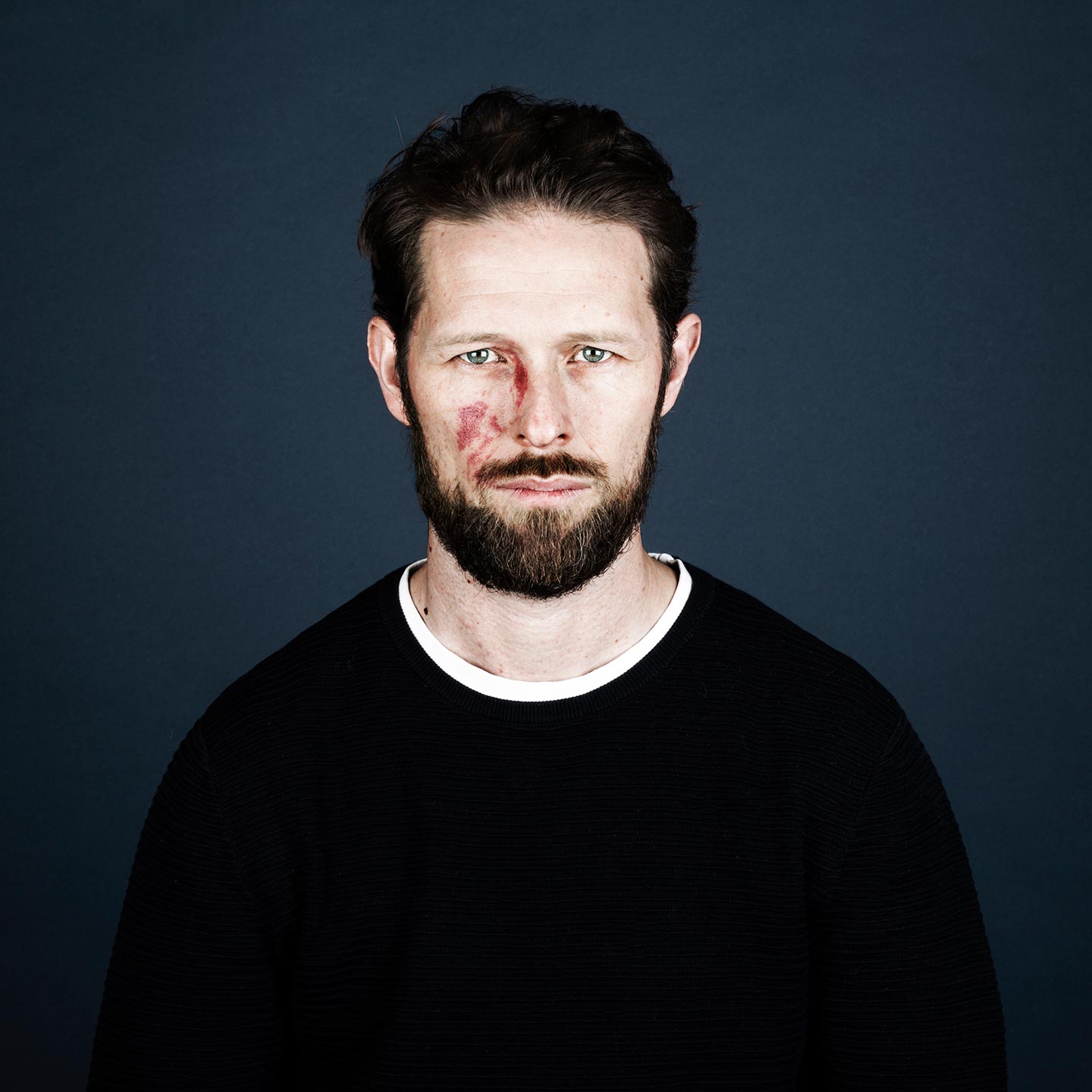 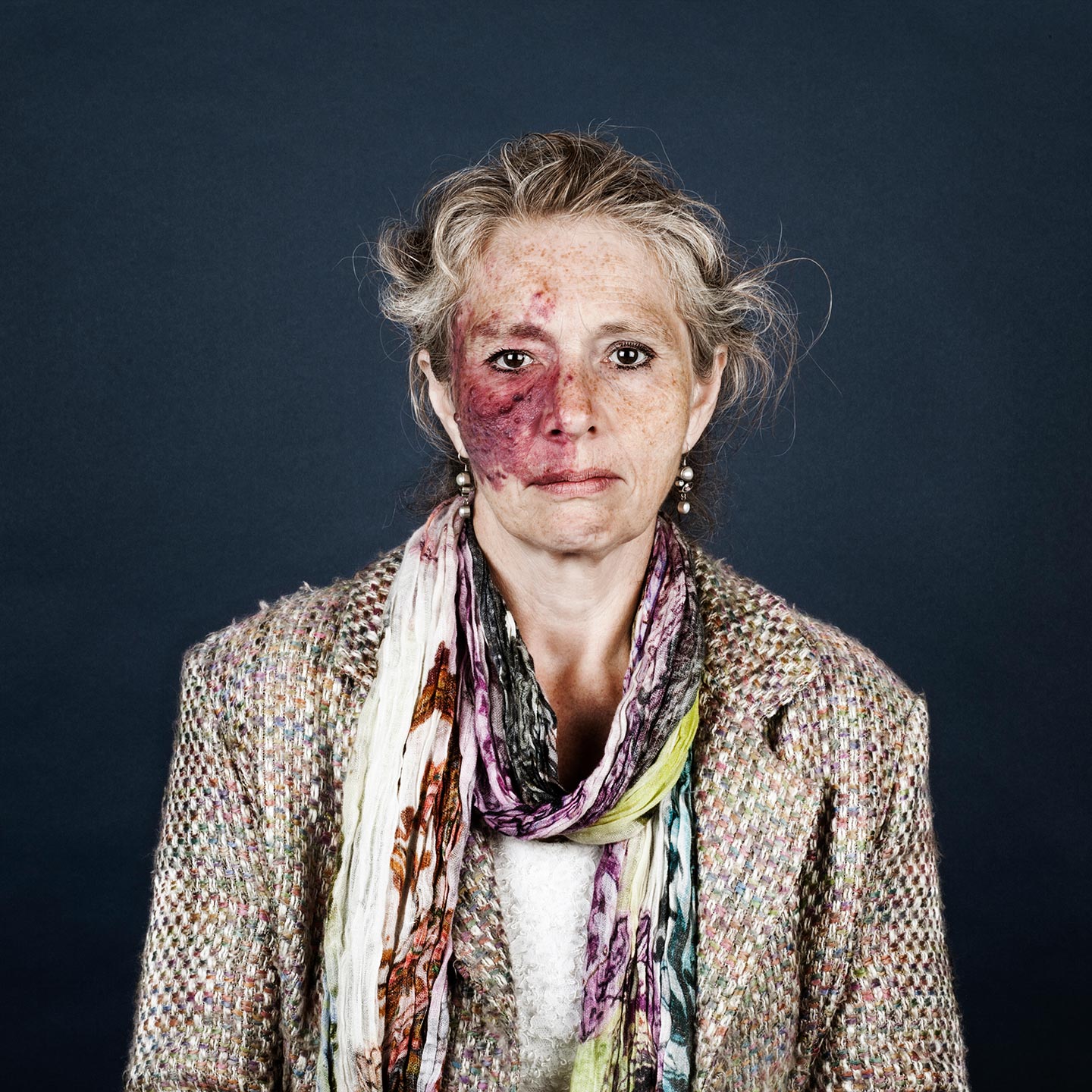 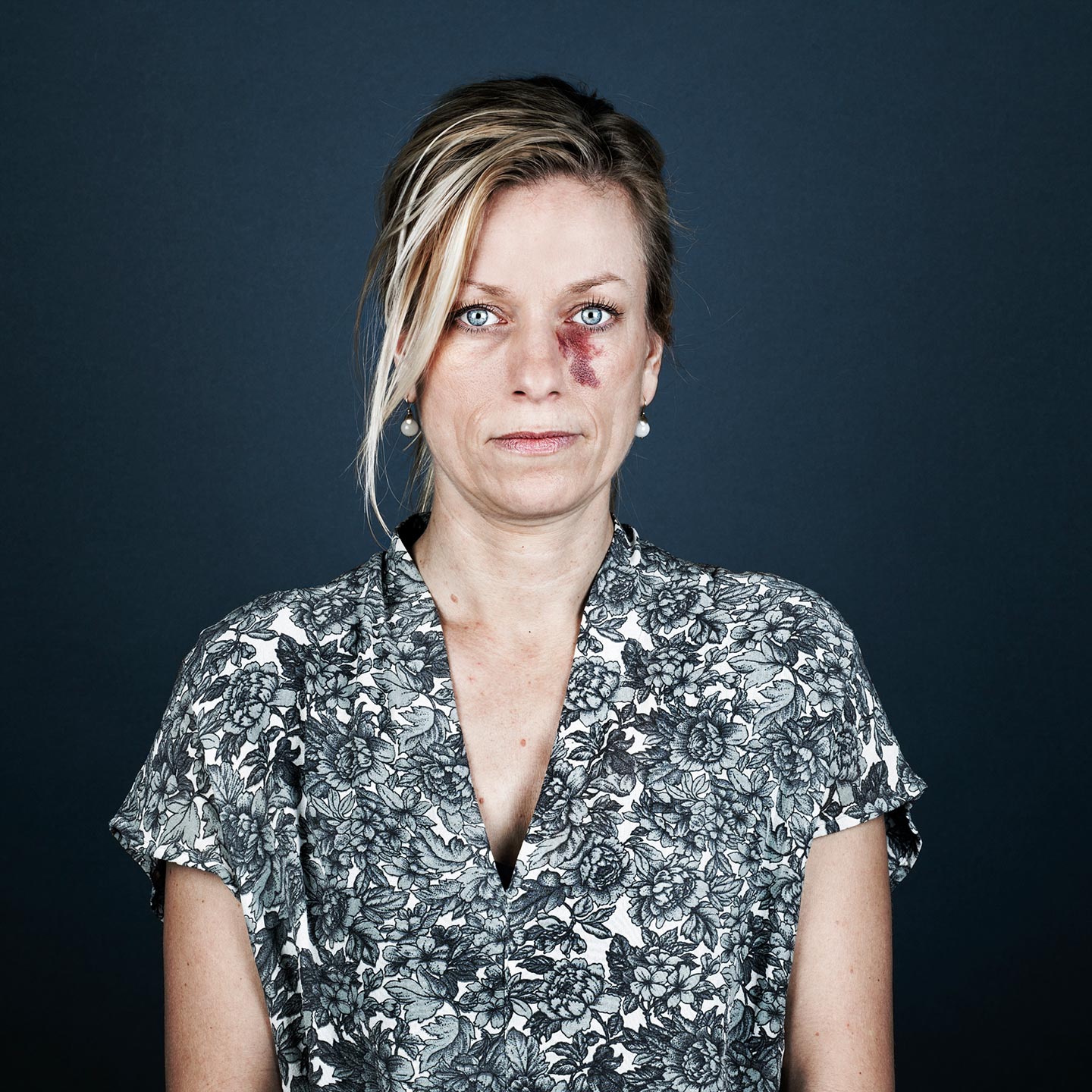 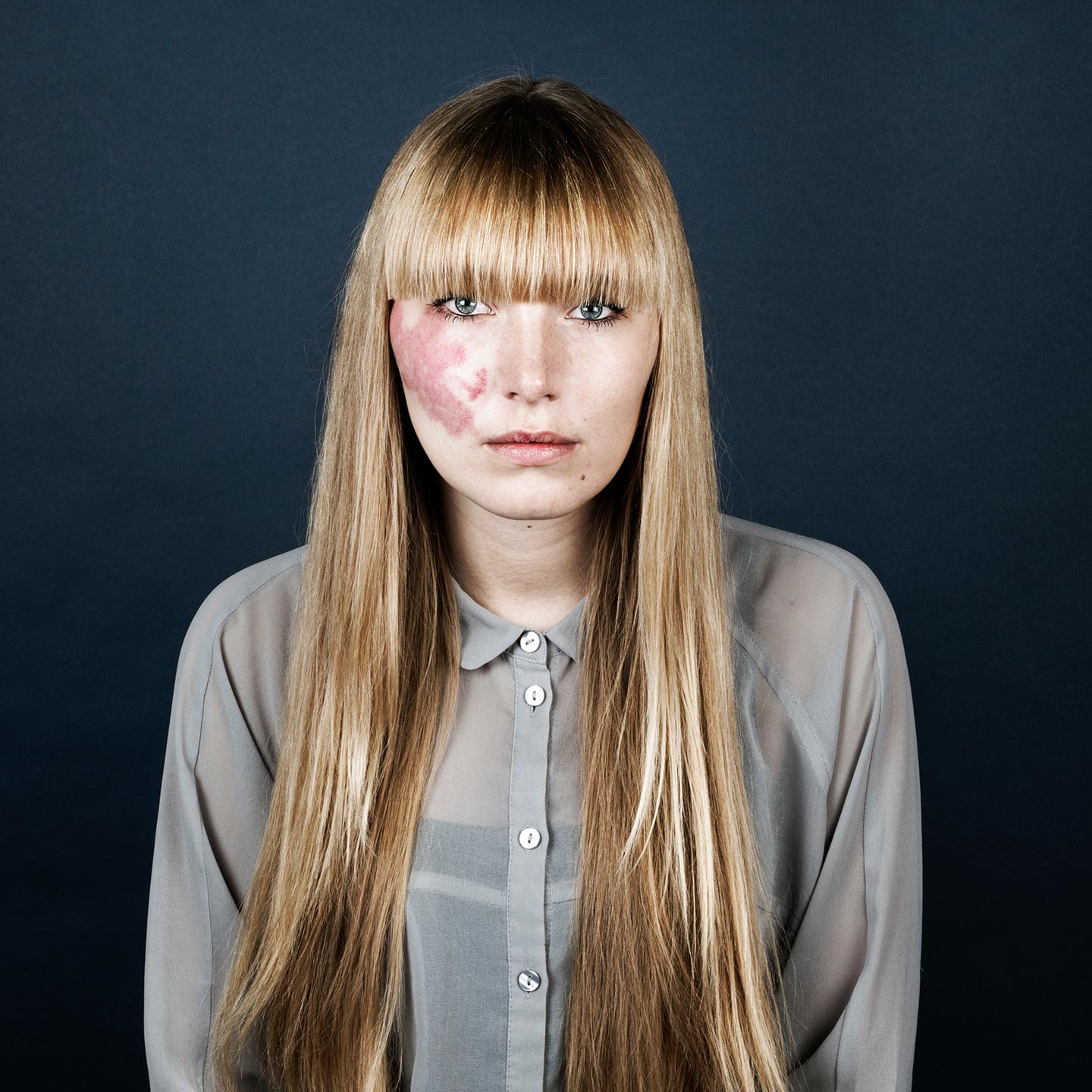 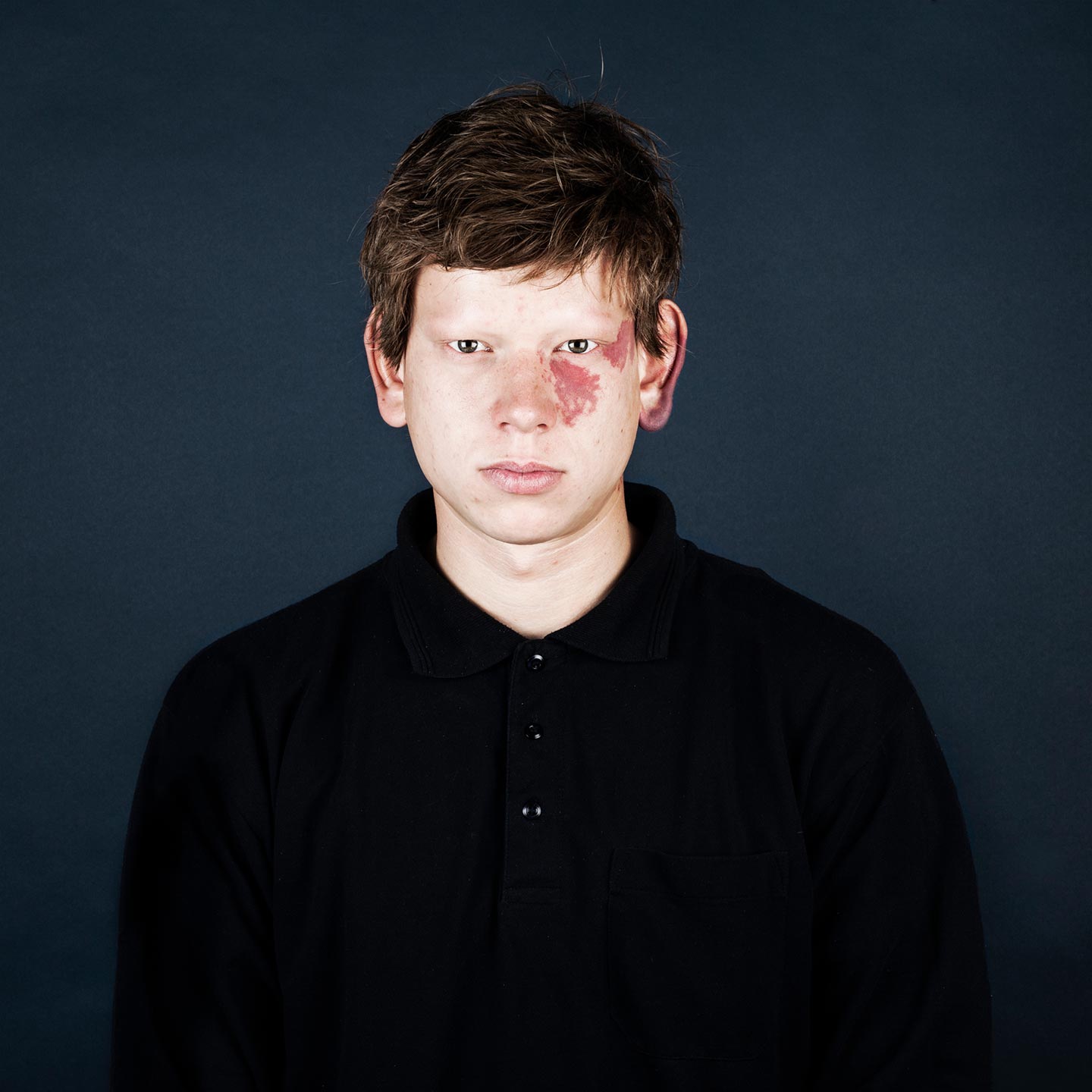 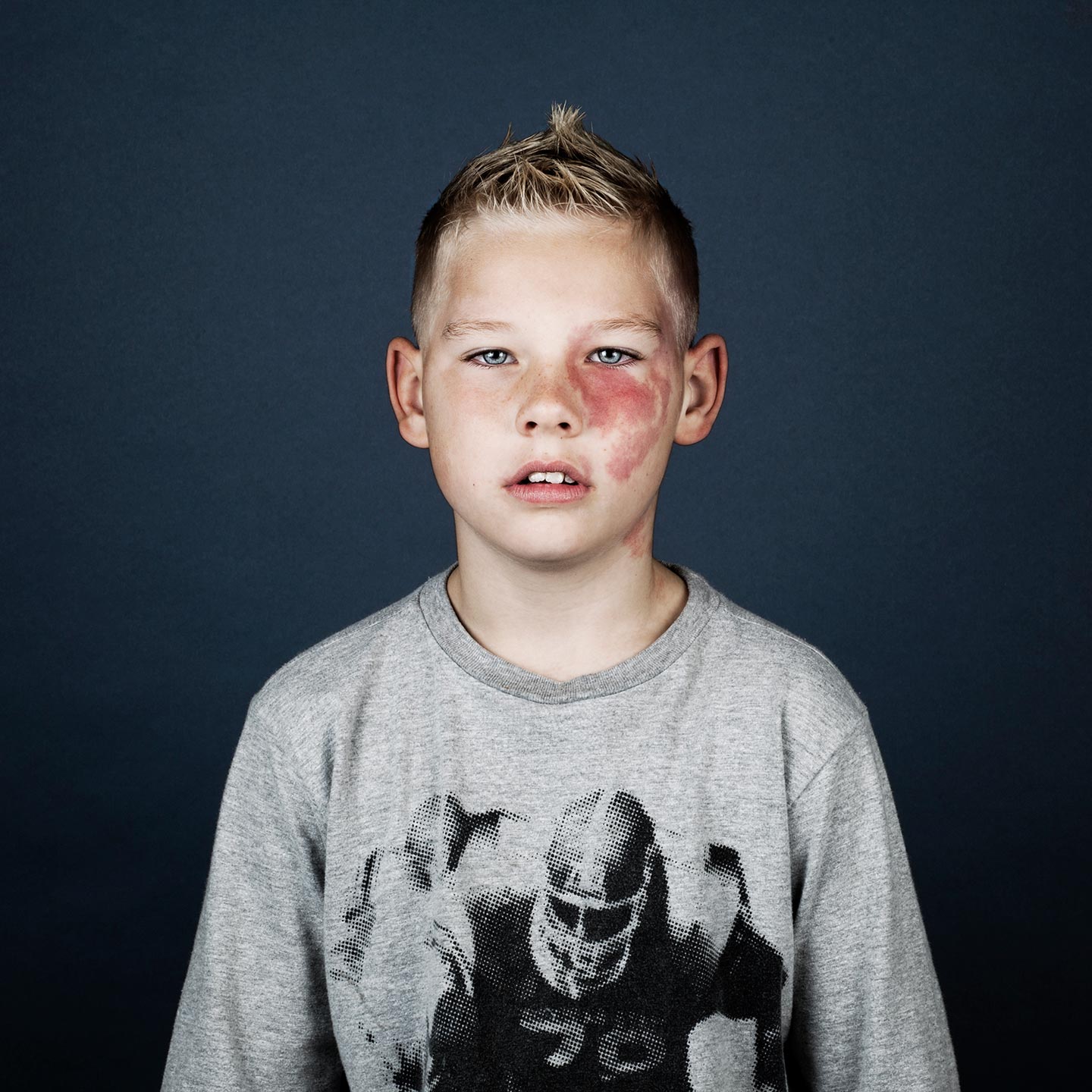 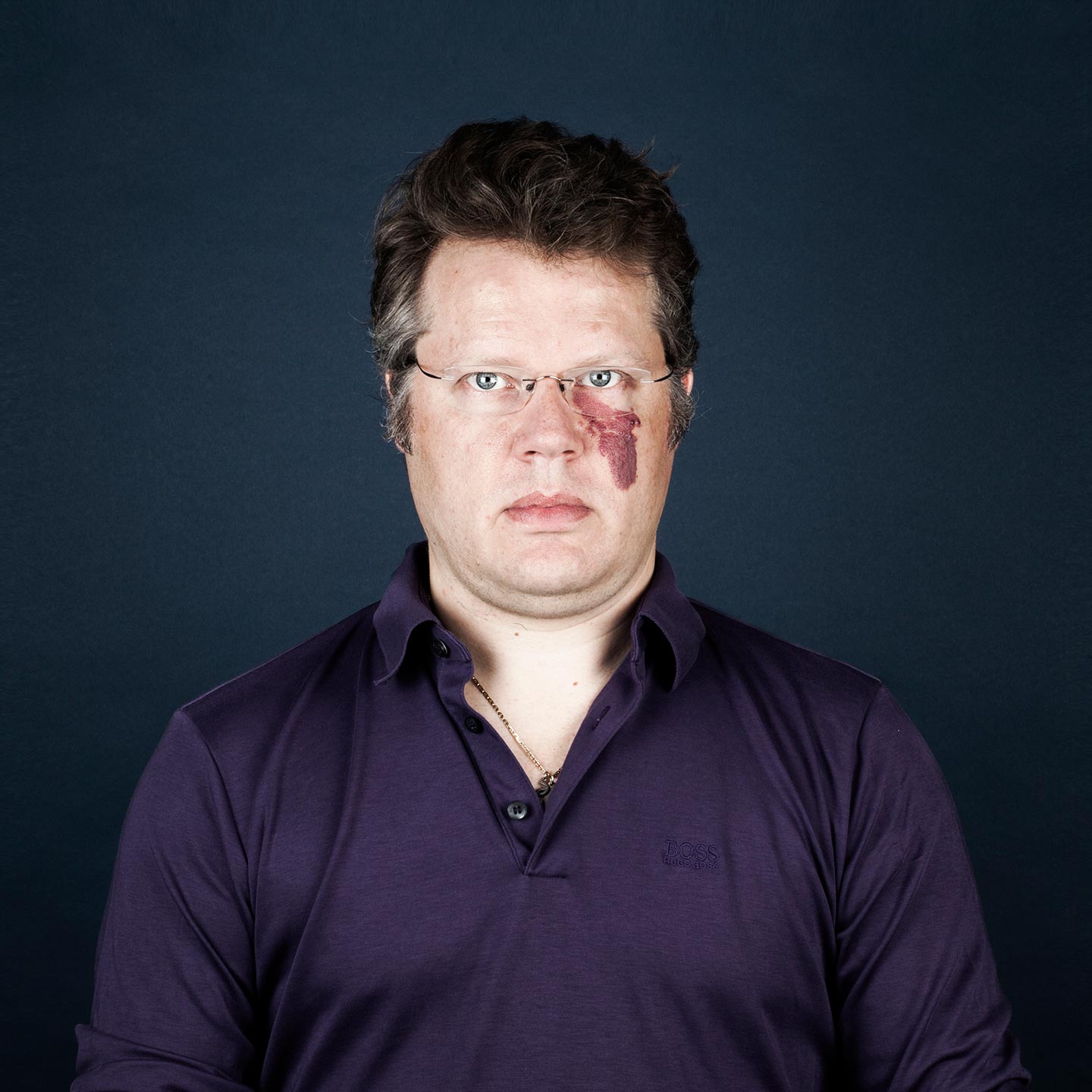 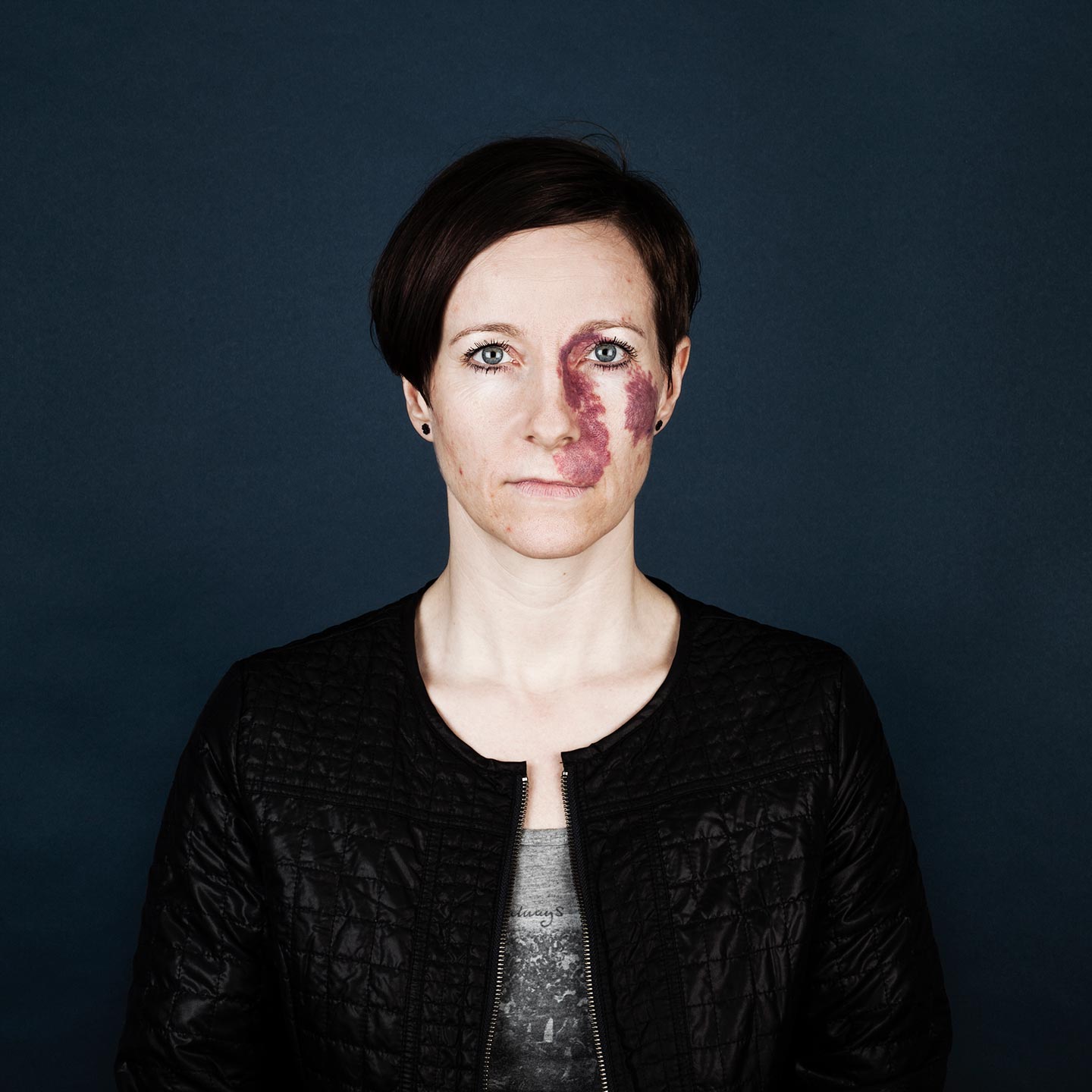 49 year-old Danish photographer Linda Hansen exhibited her project Naevus Flammeus at Fotogalleri Vasli Souza only a couple of months ago, in the late summer of 2018. The project’s title refers to the scientific name for port-wine stains, a type of congenital vascular malformation that affects about 0.3 percent of new-borns and persists through life. Port-wine stains manifest themselves as light-pink to deep-red birthmarks.

For her series, on which she worked for two and a half years, Linda made staged portraits of men, women and children with port-wine stains on their faces or necks—where everyone can see them. “My goal with these pictures is to get people to reflect on how fast we judge others from their looks instead of noticing their personality. We very quickly form a perception of a person, even before they open their mouth and share something about themselves.” Linda had her subjects look straight in the camera to create a sense of confrontation with the viewer: “How long do you have to look at a person with a birthmark on their face before you really see the person and not the mark?”

According to Lisa, having a birthmark is like having a tattoo: “It’s curious—a special mark with a history. It’s beautiful.” She hopes that her portraits can challenge the idea of a ‘standard normalcy’: “Those standards are not what’s important. We have to fight against the ideal we’re confronted with from all kinds of medias. We all have things that aren’t ‘normal’… that’s what makes a person unique. The differences between us: that is what’s interesting.”