Kirsty Mackay's new project is a concerned look at the flood of pink stuff in the lives of British young girls, including the photographer's daughter."/> How Pink Is Too Pink for British Young Girls? | FotoRoom - Part 2 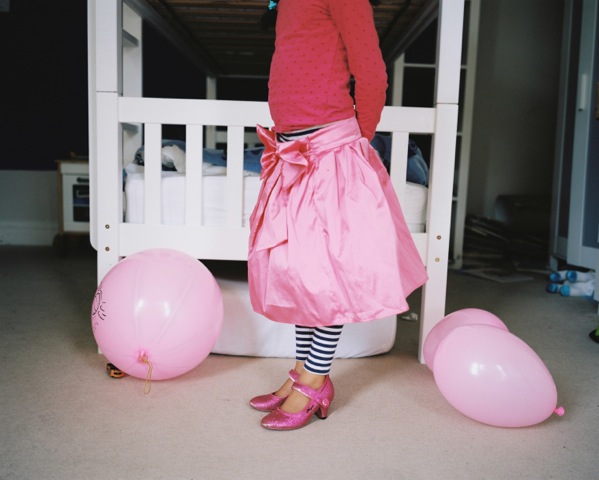 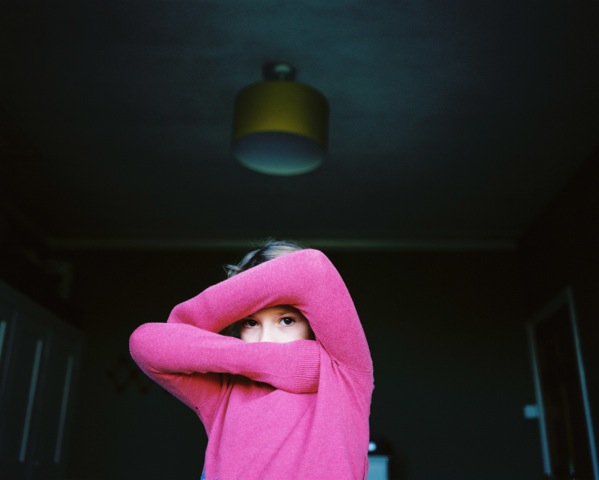 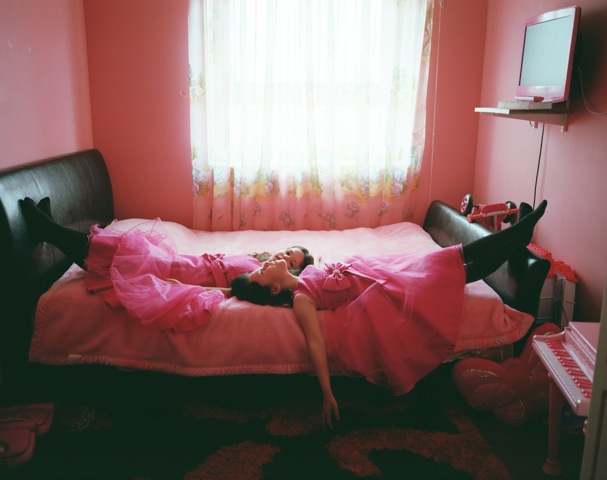 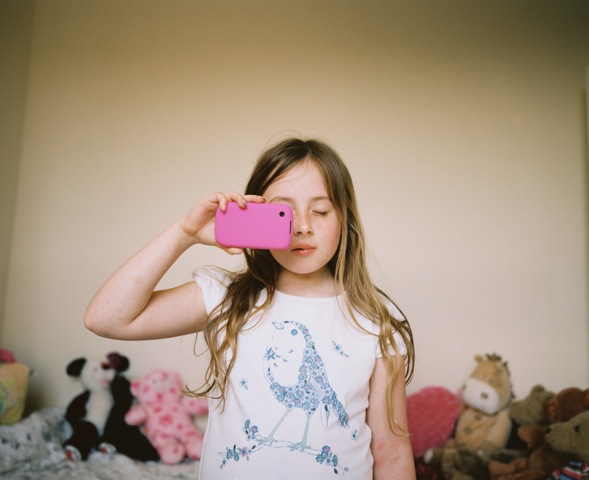 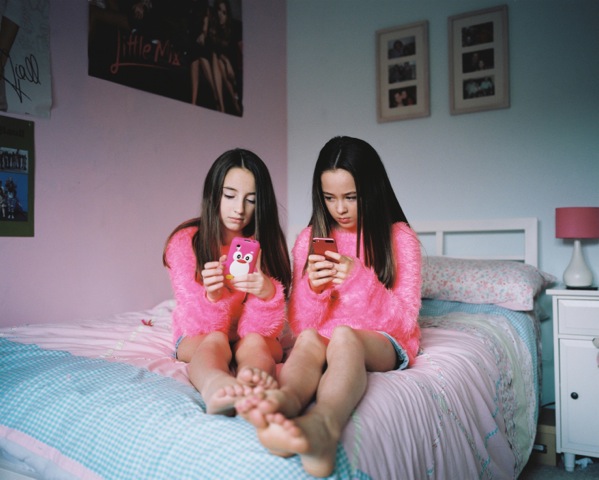 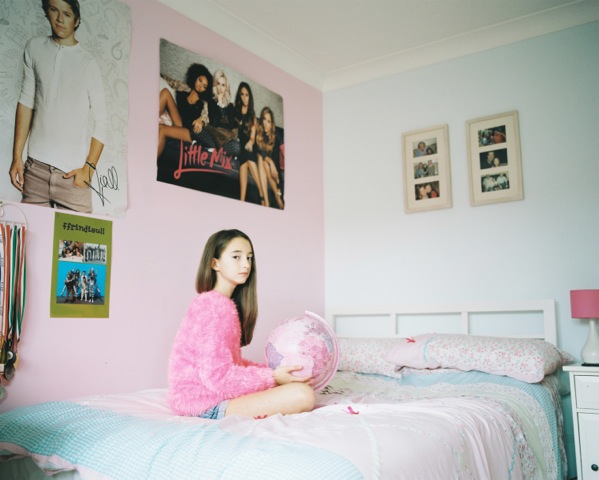 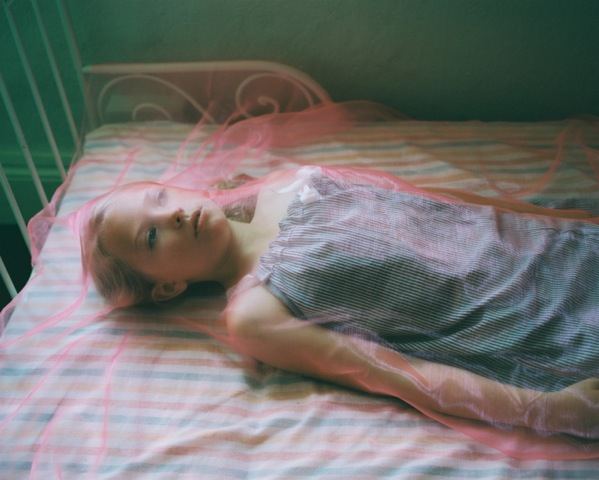 Kirsty Mackay is a British photographer and the mother of a young girl. In raising her daughter, Kirsty noticed that in her world and that of her friends there was an awful amount of pink. Pink clothes, pink toys, pink accessories. Even though Kirsty wasn’t buying too many pink things, pink still obstinately made it its way into her child’s life.

Kirsty’s project My Favourite Colour Was Yellow is a look at how the market is imposing the pink color on young girls in the UK. She has recently launched a Kickstarter campaign (see video at the top of the post) to fund the making of the My Favourite Colour Was Yellow photobook. The campaign closes next 28 February – please make a donation to help support the project!

Hello Kirsty, thank you for this interview. What are your main interests as a photographer?

When I first started taking photographs I was captured by the magic of it, being able to record the beauty of light onto film, watching the image appear onto paper in the darkroom. As my work has progressed it has become more about finding a voice and being able to express myself. But also because I make a lot of portraits I like to create a space for the people I photograph to be themselves and for these pictures to be about them, and not me.

What is your latest project My Favourite Colour Was Yellow about, and what inspired you to make such project?

My latest project on Kickstarter is about how the colour pink has become so dominant in young girls’ lives. The title refers to the lack of choice out there.

I started the work after my daughter was born. I was aware of all the pink stuff, didn’t particularly like it and so didn’t buy into it. It was when, despite this we were still inundated with pink things, that I realised how powerful this had become. I needed to trace where it had come from. My own experience of growing up in the 70’s was vastly different. There was no pink. I was dressed in dungarees and boiler suits, played with Mecanno and Lego. I was definitely allowed to make my own choices.

Why do you think it is a bad thing that pink is so strongly associated with femininity?

I think many people will overlook this issue and see it as harmless. But what worries me is that girls are being dictated to, they are not free to make their own decisions. It has now become difficult to find alternatives to pink in the UK, as the market is so saturated with it. I am constantly reading how not enough girls are choosing science, there are not enough woman Members of Parliament and female CEOs – well it starts here, when girls are young. Pink places an emphasis on how girls look – this is out of date and not what many parents want. Ultimately the people that benefit from this are the retailers and manufacturers, who make profits, but don’t question the ethics.

Was any of the girls you met particularly obsessed with the color pink?

All of the girls I photographed were just ordinary girls. I wouldn’t say any were obsessed with pink. Some of the girls loved pink, most of the girls would say it was their favourite colour and a few of them didn’t like it, mostly the older ones. Despite this there was still always enough pink things for me to make a picture.

Please share with us a little bit about your creative process for My Favourite Colour Was Yellow.

One of the biggest challenges for me was to find a way of photographing such a sweet subject matter that was still going to be interesting. To start with the portraits were nothing special, they looked like pictures I had been commissioned to take by parents. So l looked at other people’s work and how they had managed to make interesting photos of children. I particularly liked Victorian portraits of children, where because of exposure times, they look very still.

The other aspect I found difficult was how could I go into other people’s houses and photograph their children, when I might be disagreeing with their decisions. I think also being a parent and being faced with the same problems, helped here. When I realised that we were all in the same situation that made it easier for me. I had to be very sensitive to the girls’ own opinions. They were often very proud to show me their bedrooms and have their portrait taken. I had to respect that and tried to give them that space for them to come across in the picture.

I’d say the portraits of the girls are all about them, my opinions stayed out of those shots. Towards the end of the project I really felt like I wouldn’t be doing the book justice if it was just a document of this time, it needed my opinion in there too. And the book as a whole expresses my feelings about all of this. I added some more shots that I made with my daughter and my friends daughter, which reflected more of what I was trying to express.

The book will be designed by Victoria Forrest, who has already worked with the likes of Martin Parr, Paul Graham and Elliot Erwitt. Can you anticipate something about the book design?

I have a picture of it in my head, but at the moment I really don’t know if that will match up with Victoria’s – probably not. I am really looking forward to seeing what she makes of it. I like the idea of handing it over to someone else, to find out how they see the work. The title of the book is Victoria’s idea, perviously it was called ‘Generation Pink’. That was a good title for maybe an editorial spread, but for a photo book Victoria’s works much better. It doesn’t give too much away too soon and gets you thinking. I can say that it won’t be too large. I want it to feel intimate.

Choose a photograph from My Favoure Colour Was Yellow and share with us something we can’t see in the picture.

Some pictures you struggle with and eventually get the shot and then others are like a gift. This was one of those occasions when I was handed a gift. I had met these girls and their mum at my daughter’s school. They are twins, and I asked if I could come and photograph them. When I went to their house I saw the pink tv, pink piano, pink walls, bed, scooters everything. None of this had even been mentioned and this happened over and over in the project, when I was greeted by pink X-mas trees, play houses, carpets and walls – everything.