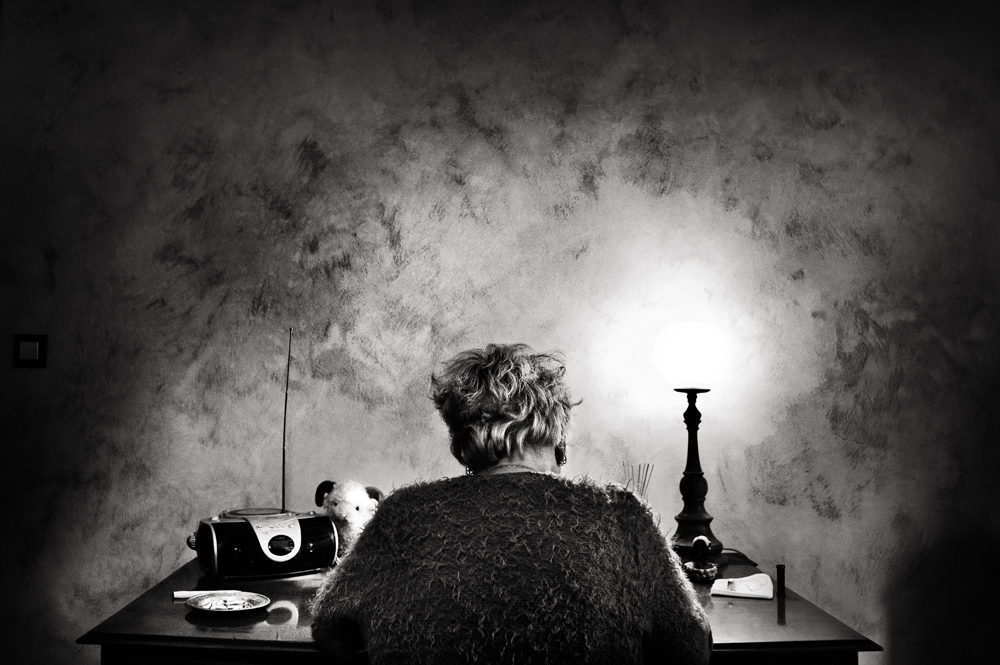 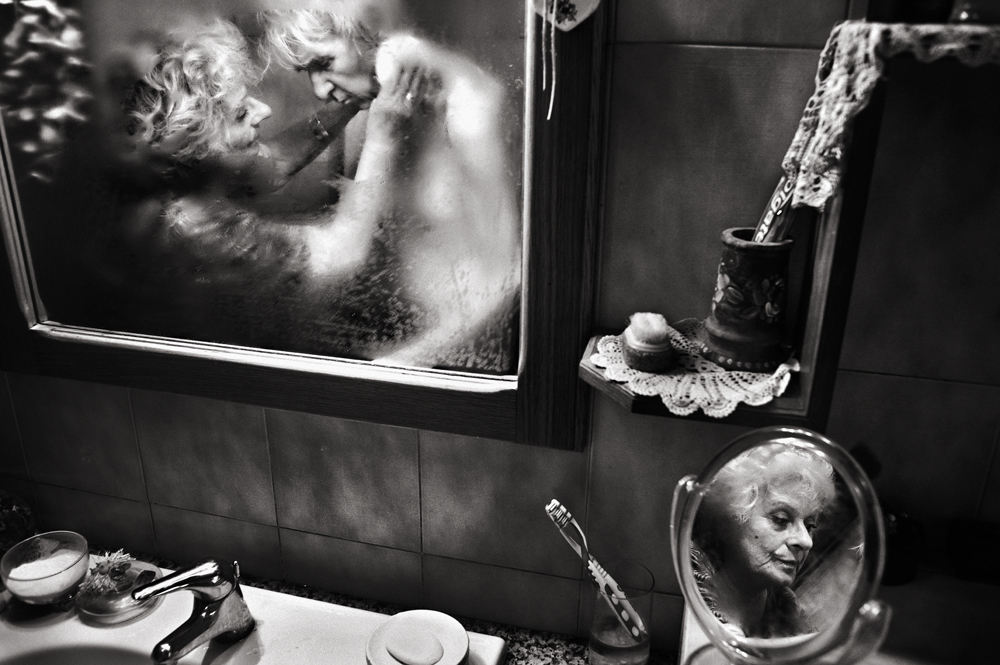 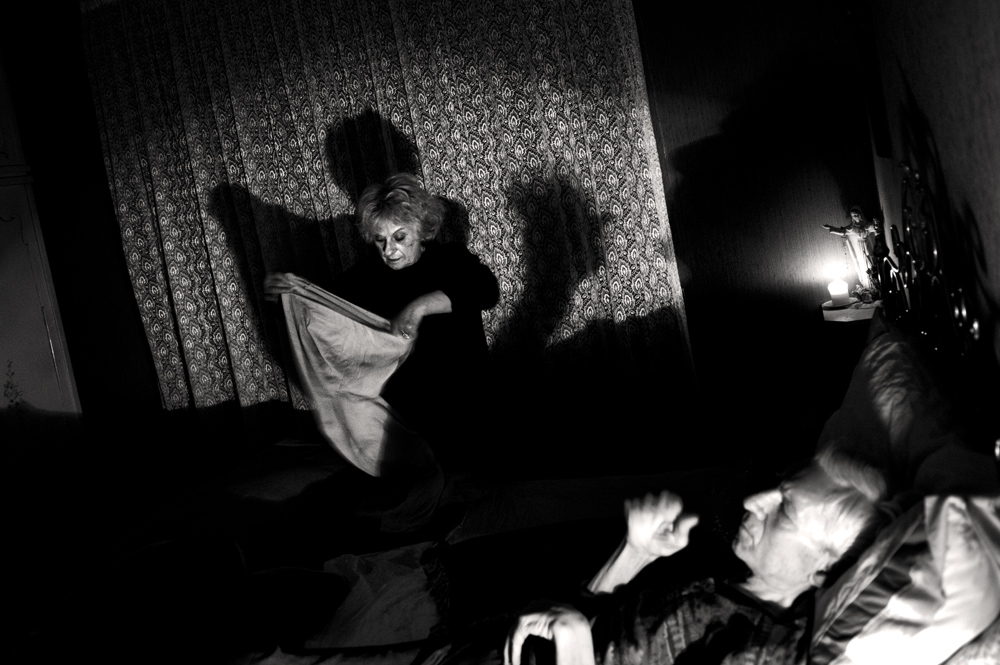 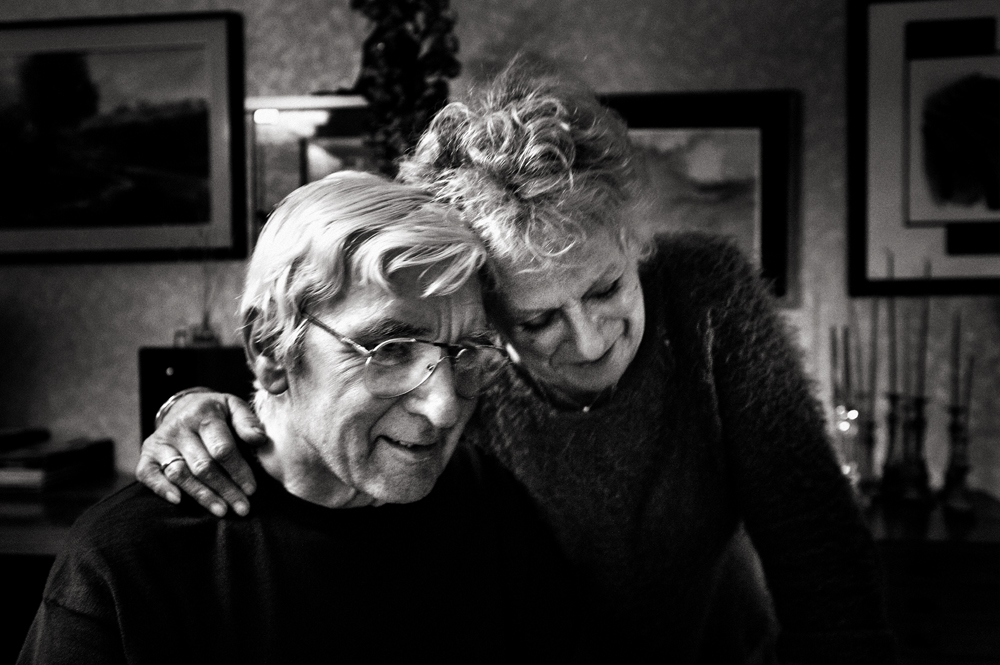 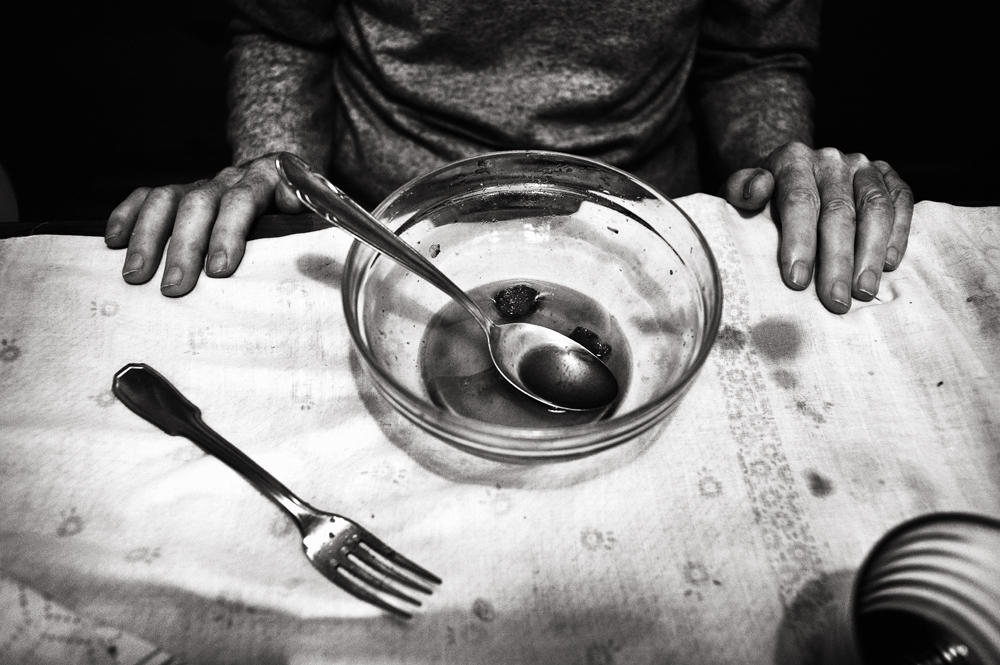 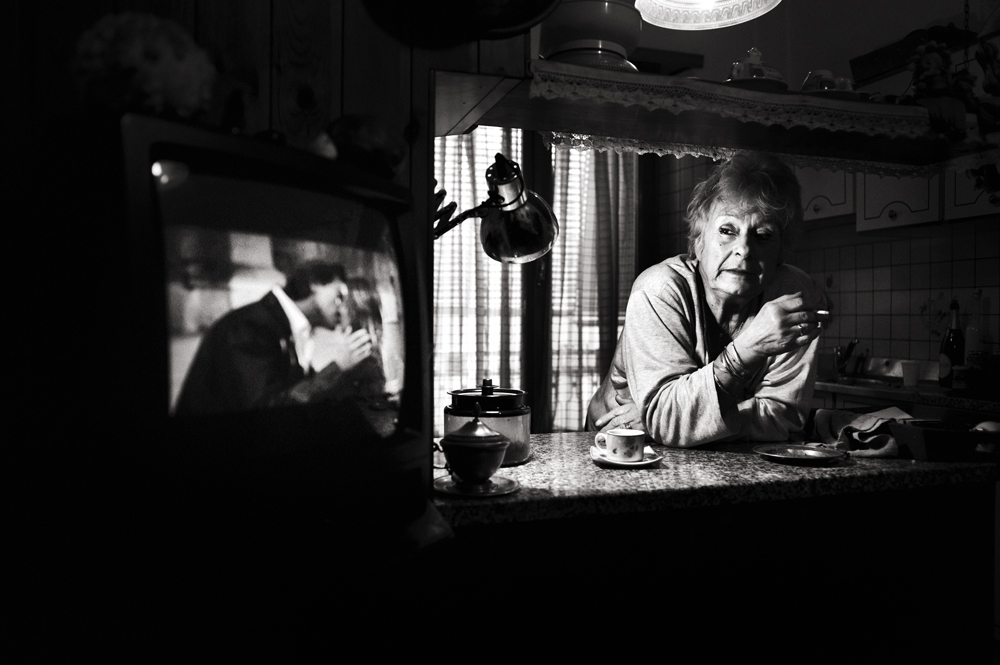 Fausto Podavini was born in Rome, and has worked with photography ever since he was 18. In this interview, Podavini talks about his latest project Mirella, the touching story of a woman lovingly and devotedly assisting her husband of over 40 years Luigi, affected by the Alzheimer’s syndrome. With Mirella, Fausto won the 1st Prize in the Daily Category for the World Press Photo Awards.

Hello Fausto, thank you for this interview and congratulations on the many awards and prizes you won for Mirella. You’re currently raising funds to make a photobook of this work – with the name MiRelLa – through the crowd-funding platform KissKissBankBank. What was the response so far? Why should people contribute?

Hello and thank you for your compliments. Yes, I’m currently running a KissKissBankBank crowdfunding campaign to make the photobook MiRelLa. It’s doing very well. At 12 days in and 25 more days until its end, the project has been already funded by 48%. So far, 134 people contributed. (This interview has been given on September 10th, 2013). Many are responding and showing love to this project, and I think it’s because they understood why it’s worth to chip in.

People should contribute to make MiRelLa their own book. Each and every backer is essential, since there wouldn’t be any book in the first place without their help. All the names of those who contributed would be mentioned. Or, more simply, they should help to have the chance to get the book (there are several versions from which to choose). It is also possible to have a signed or numbered copy. Last but definitely not least, the most important reason to back this project is to spread knowledge about the Alzheimer’s disease.

How did you meet Mirella and Luigi? How did you convince them to let themselves be photographed by you?

I’ve known Mirella and Luigi since forever. I convinced them explaining them the project I had in mind, which initially was to document the effects of the Alzheimer’s syndrome.

For how long did you photograph them?

I’ve worked on MiRelLa for four years, between 2009 and 2012, including research and editing.

As the title suggests, the protagonist of your reportage is Mirella. You focused your attention on her caring love for her husband rather than on Luigi’s illness, making MiRelLa a compelling celebration of love rather than documentation of a disease. Why did you choose this approach?

As I mentioned, my initial idea was to describe the effects of Alzheimer’s. However, during the first stage of the project, I was doing nothing but coldly documenting Luigi’s disease. I meant to do something more than that, I wanted to show how Alzheimer’s can be devastating not only to those directly affected but also those that are dear to them, and assist them. So I turned my attention to Mirella, and eventually she became the center of my work.

Your images capture moments of Mirella and Luigi’s daily life so ordinary but so intimate and delicate it’s almost hard to believe there was someone there with a camera. How did you get them to trust you so much, especially considering Luigi’s progressively deteriorating disease?

I began working on this project when Luigi’s health conditions weren’t too bad. He perceived my camera  as a normal presence, something that was part of his daily life. Funnily enough, I had the hardest time when not much was happening. That’s when it would suddenly feel clear that I was around. On the other hand, it was easier to become invisible and shoot at the right moment when Mirella’s attention was all focused on her husband.

Luigi died on May 2011. Are you still in touch with Mirella?

Yes, absolutely! I’m actually still taking pictures of her. I’m not sure what to do with them yet, but certainly the last picture in MiRelLa‘s sequence (a picture where she holds up her baby nephew) ends a chapter and starts a new one at the same time.

You began photographing when you were 18, and have made a great number of social reportages around the world, including Peru, Kenya and Ethiopia. How was it different to work on a story taking place between the four walls of a house in Rome, the city you were born in?

Every reportage, every work has its quirks. Each time you are emotionally involved at different levels. Locations sometimes help, sometimes don’t. Making a whole project, and a long-term one at that, inside an apartment was very complicated. I had quite some trouble with framing and getting the best out of the available light. As to Rome, I really enjoy working there because I’m so familiar with it that I have to make an effort to take a distance and look at it neutrally.

What did you find out about Alzheimer that more people should know?

A lot of things! Initially I knew nothing about it, I had to do some research before starting taking pictures. First and foremost, as I tried to show with my work, the syndrome affects equally both the diseased and those who assist them. Taking care of someone suffering from Alzheimer’s requires incredible patience. It changes your life drastically.

Alzheimer’s doesn’t strike at any particular age. Frequent memory lapses shouldn’t be underrated, as they might be a symptom. The syndrome may be bad from the very beginning, and its progressive degeneration causes enduring and excruciating difficulties that effect the diseased’s life under every regard. At date, there is no definitive cure yet. Therapies differ from patient to patient, from hospital to hospital. There is no way to predict how a particular patient will respond to a particular cure, therefore the adopted therapy might be interrupted or completely turned on its head.

In your experience, what’s the secret to a good reportage?

Sensitivity, respect, keen eye. Curiosity, strength, and empathizing with what you are shooting. Getting involved while never forgetting you are a photographer. I prefer medium to long-term projects, they give you the chance to go deeper into a story and get those pictures that for some strange reason have a certain quality to them.

What do you think of the debate on the effects of new media on photojournalism? Is an iPhone photo as good as any photo?

It takes time to understand if the changes introduced by new media will be for the better or the worse. The global economic crisis has hit virtually any industry, and we all have to adjust and reinvent ourselves, but in my opinion it’s still too early to say what the new way to photojournalism will be.

With that said, to me a camera is a camera, and a mobile phone is a mobile phone. Phone manufacturers might be improving their integrated “cameras” more and more, but they’re still making phones. Experimentations and works made with phones only are welcome, but my impression is the debate is more a matter of publicity than it is of quality.

Pick one of the photos from MiRelLa and share with us something we can’t see in the picture. 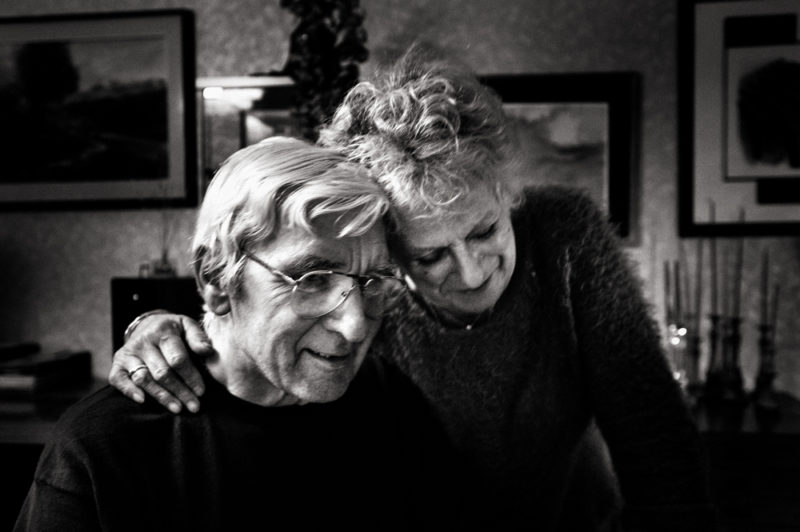 I took this photograph a short while after taking another one of Luigi’s birthday cake. It hadn’t been an easy dinner, but when the time for the cake came, everything changed for a few seconds. It seemed like, for a moment, that no syndrome had ever been there. I took a picture as soon as I saw Luigi’s smile, trying to capture that ever-so fleeting moment of apparent normality.

Thank you Fausto for this interview! See more images from MiRelLa on Fausto Podavini’s website, and remember to contribute to the project through this crowdfunding campaign.