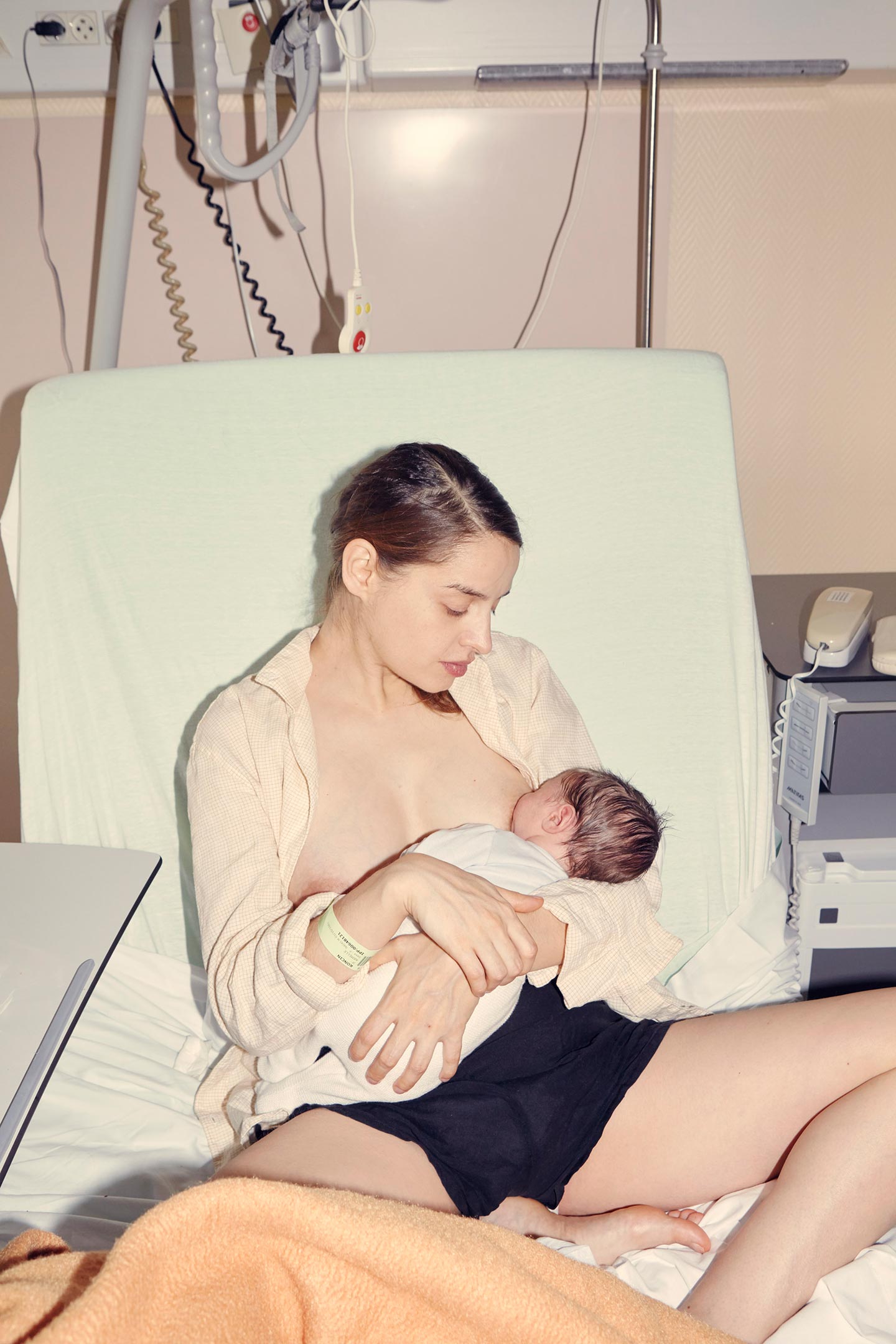 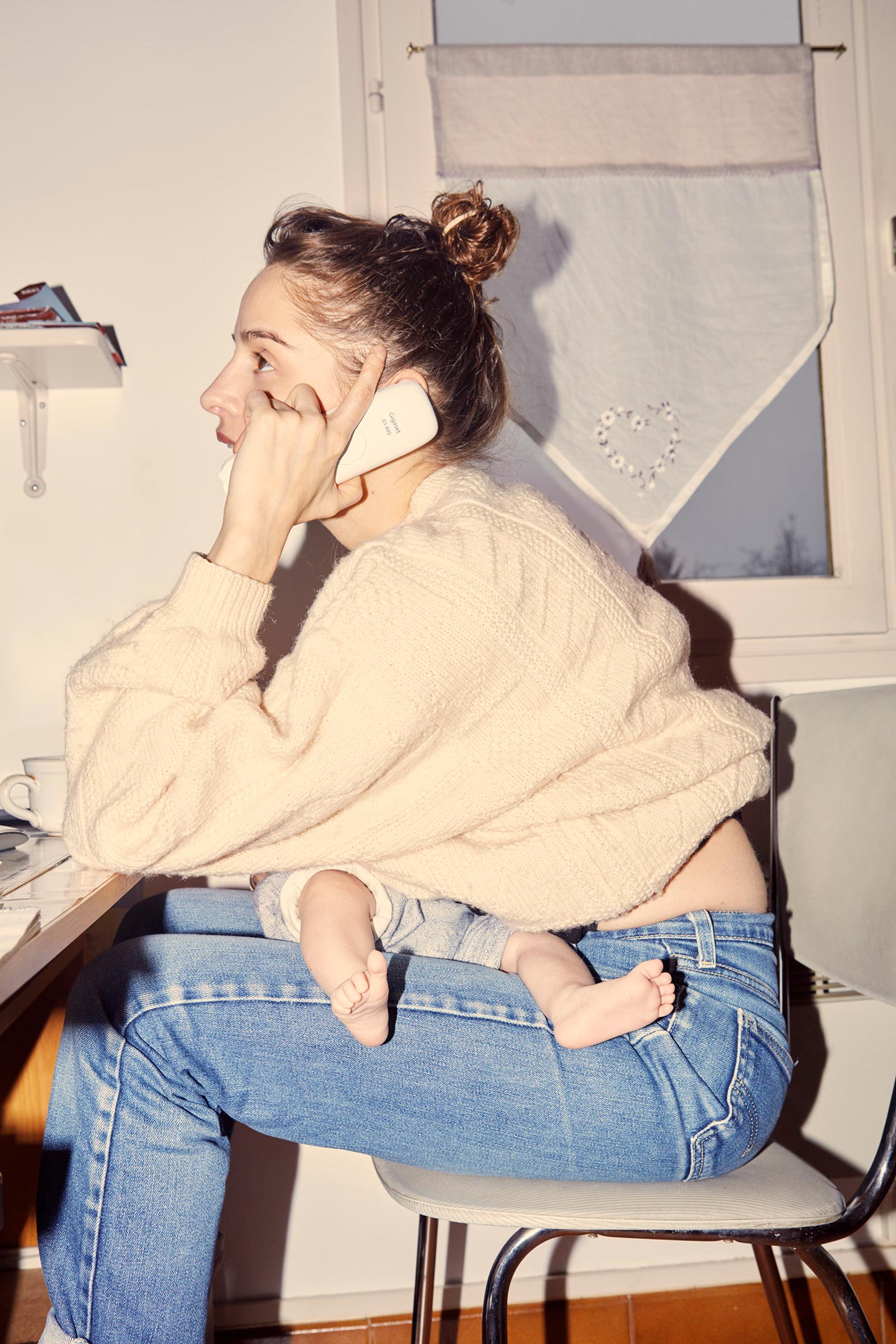 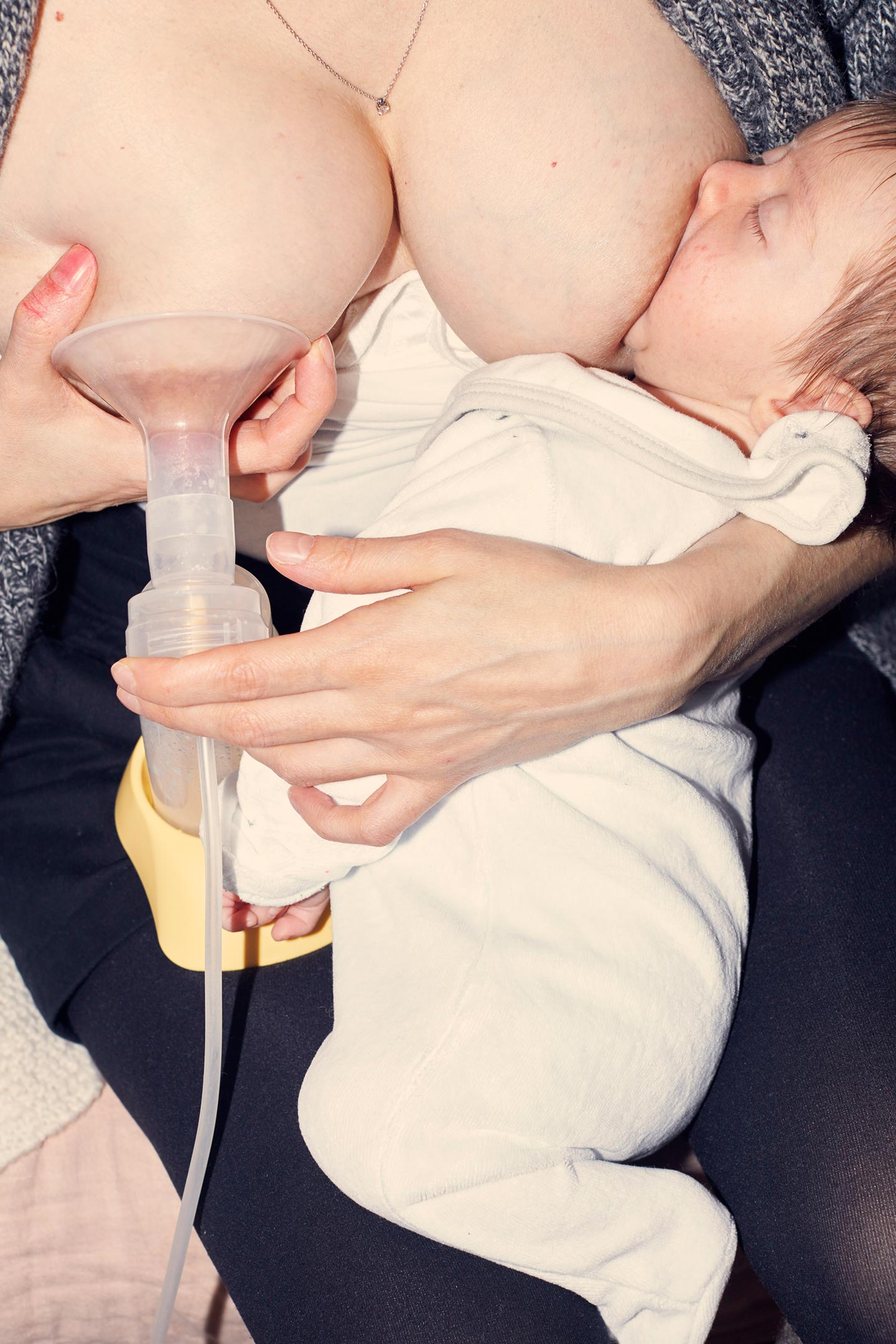 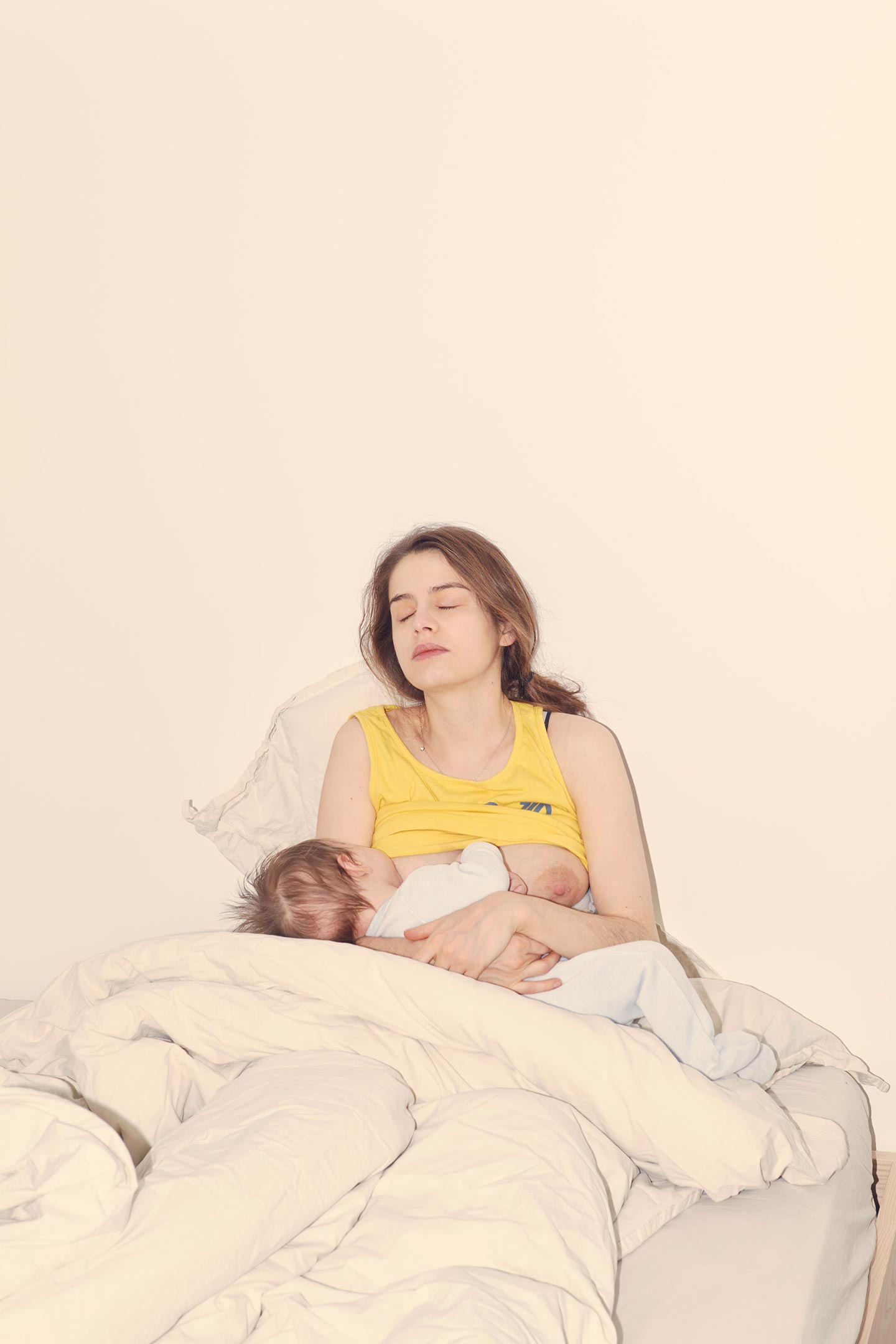 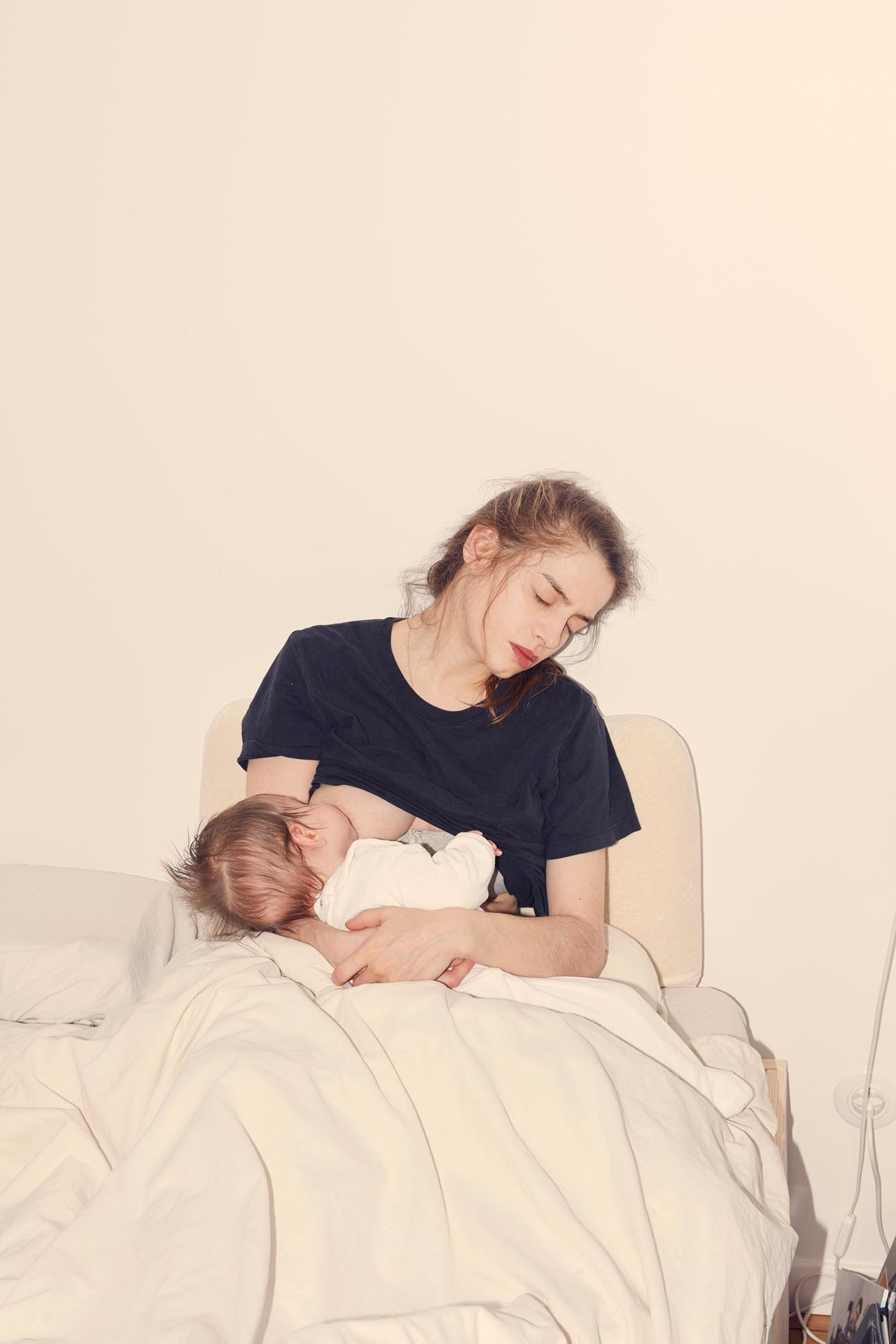 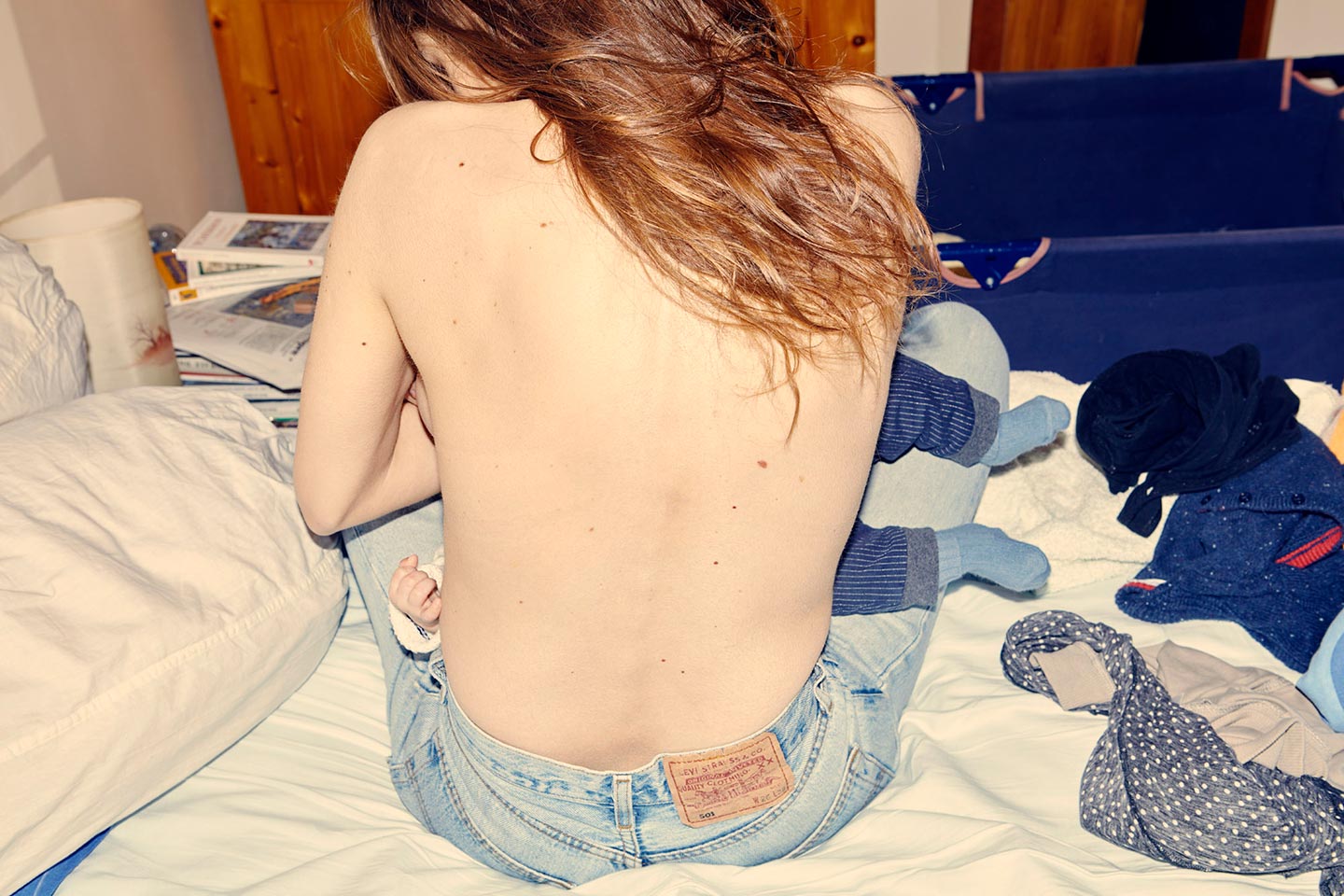 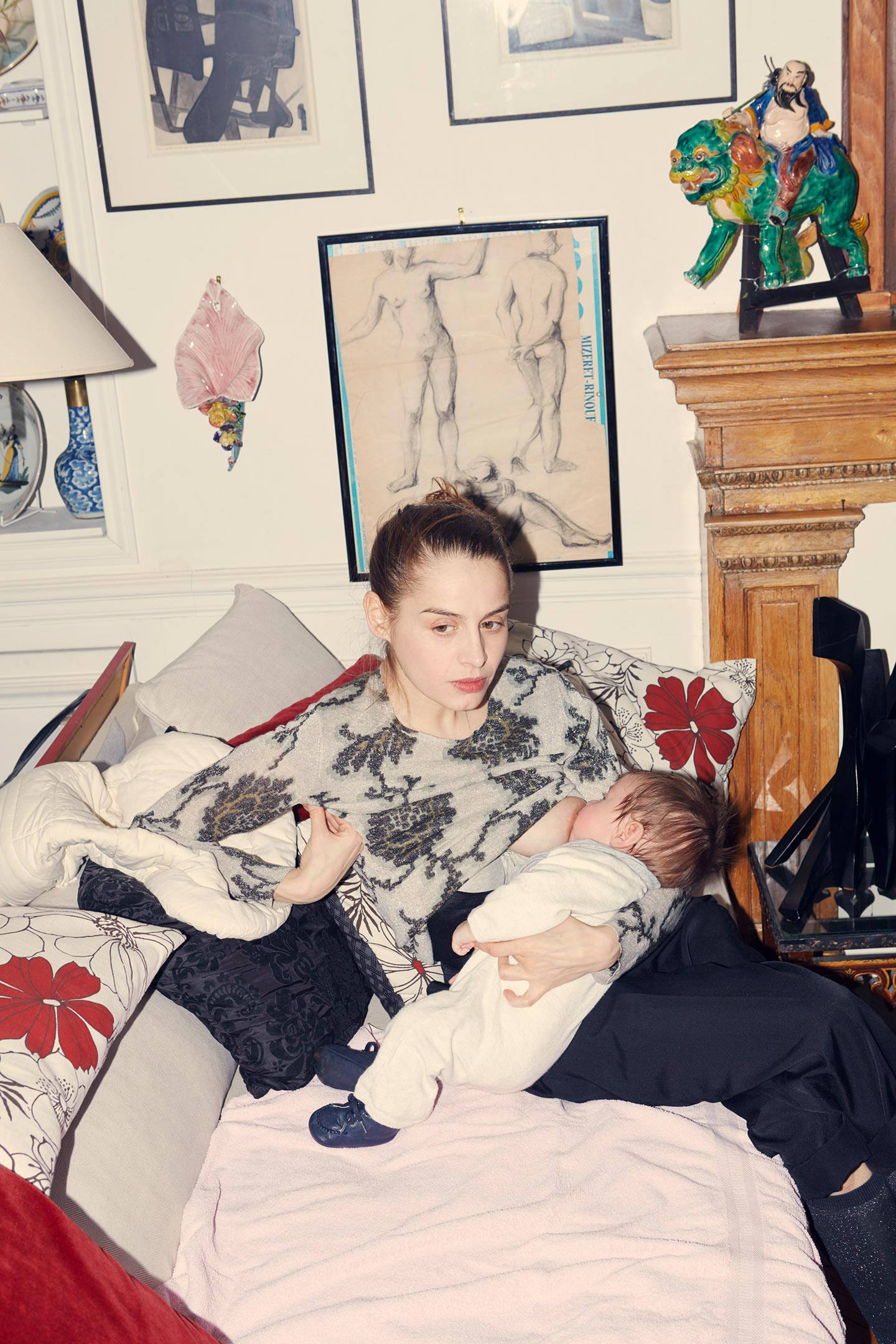 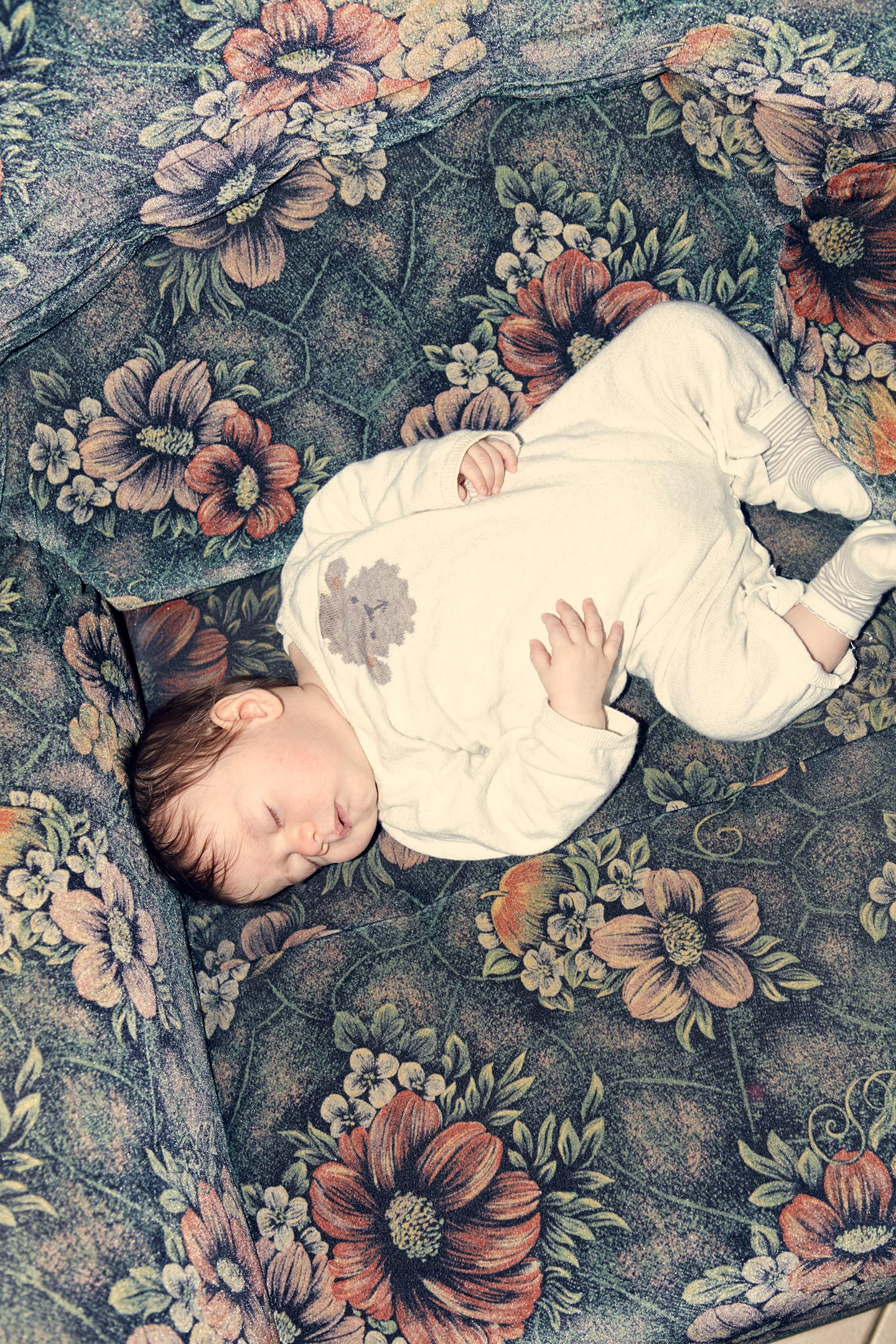 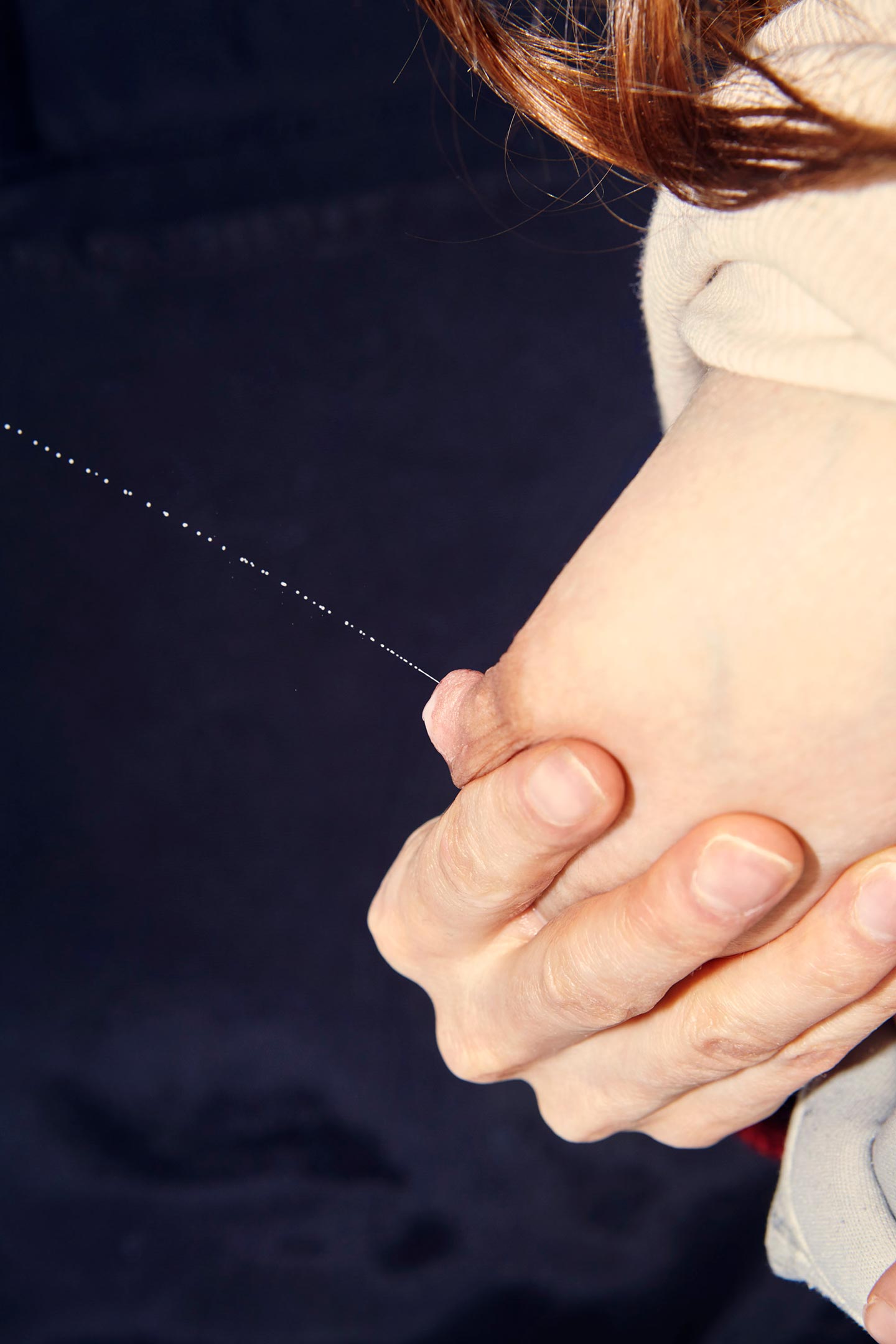 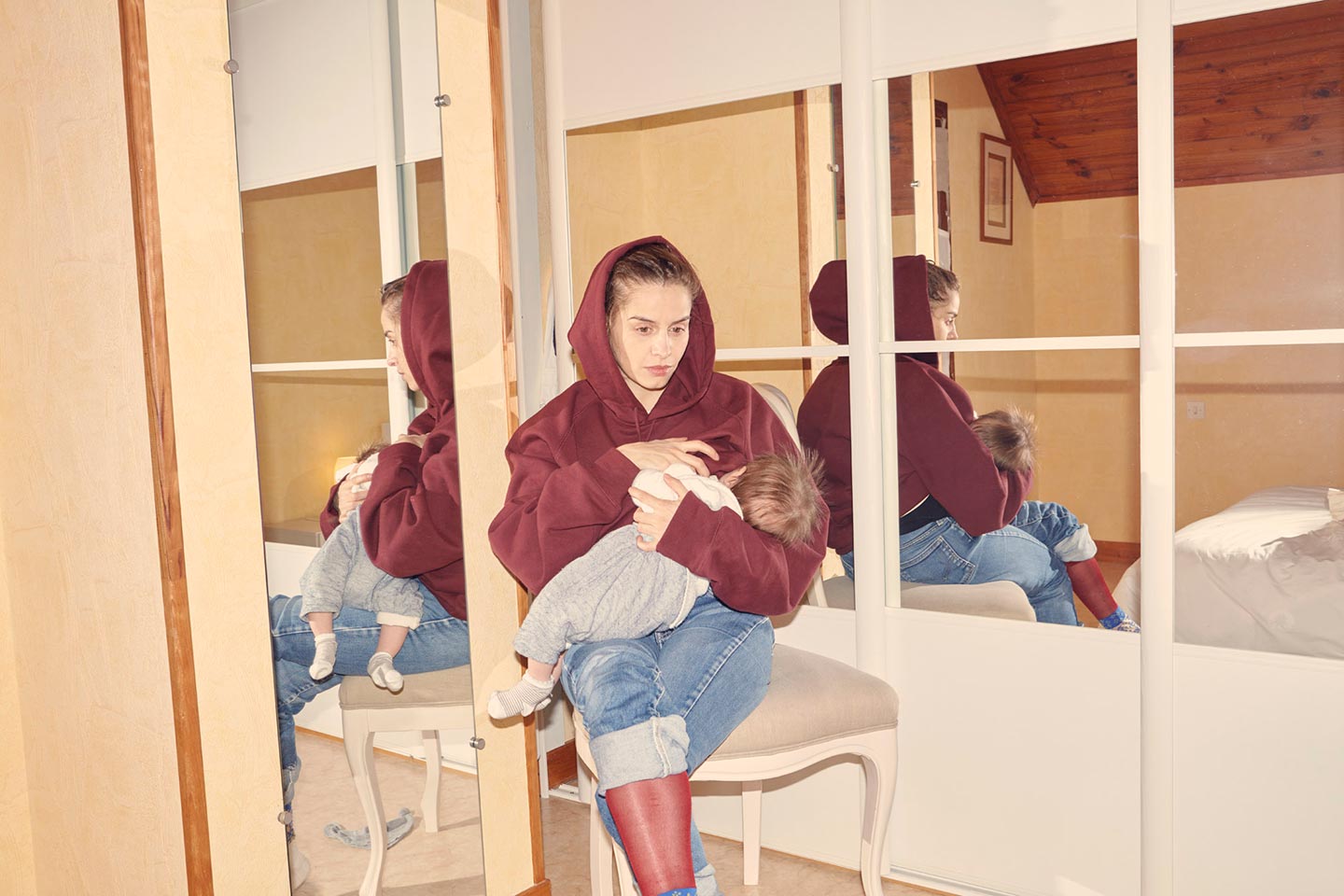 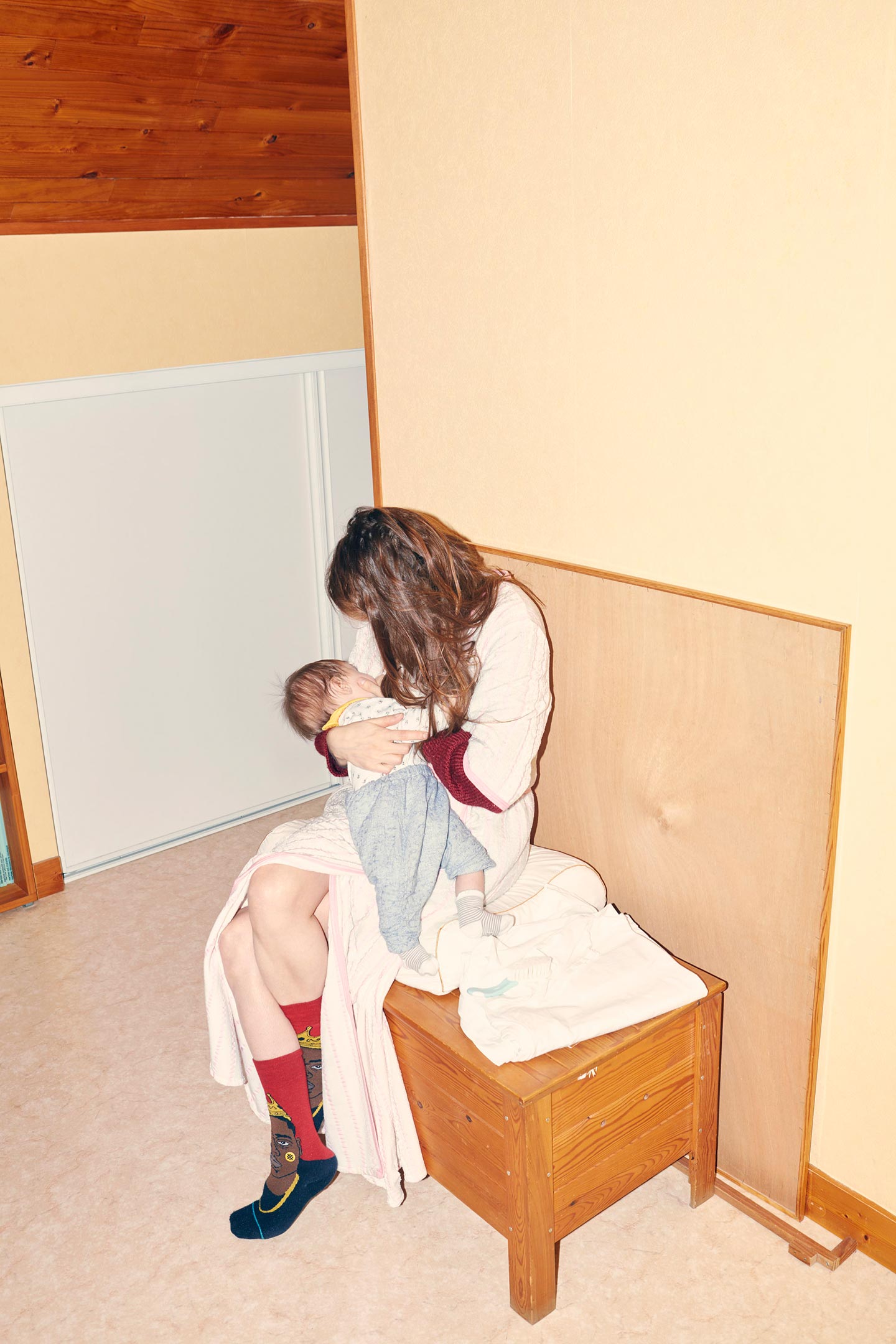 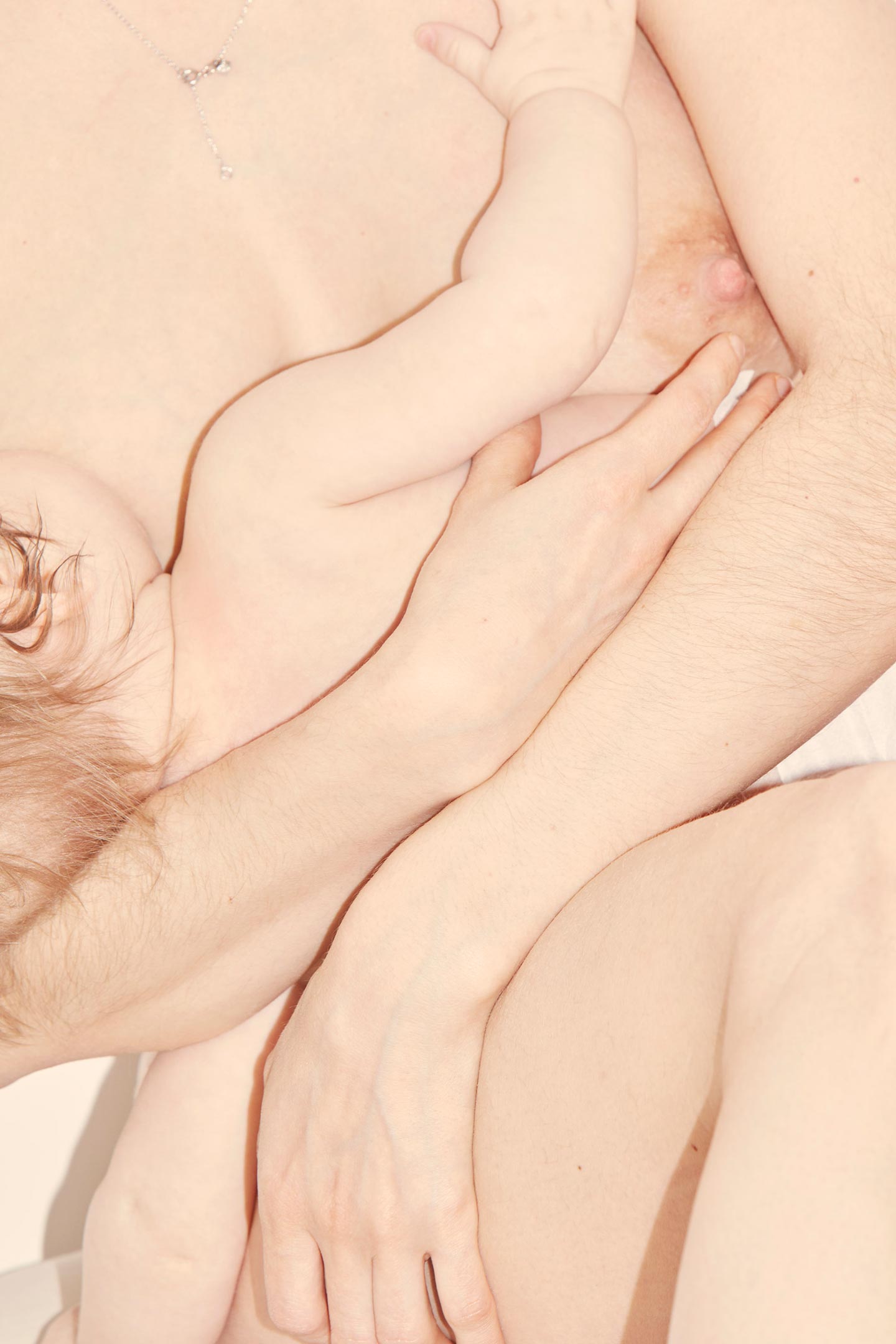 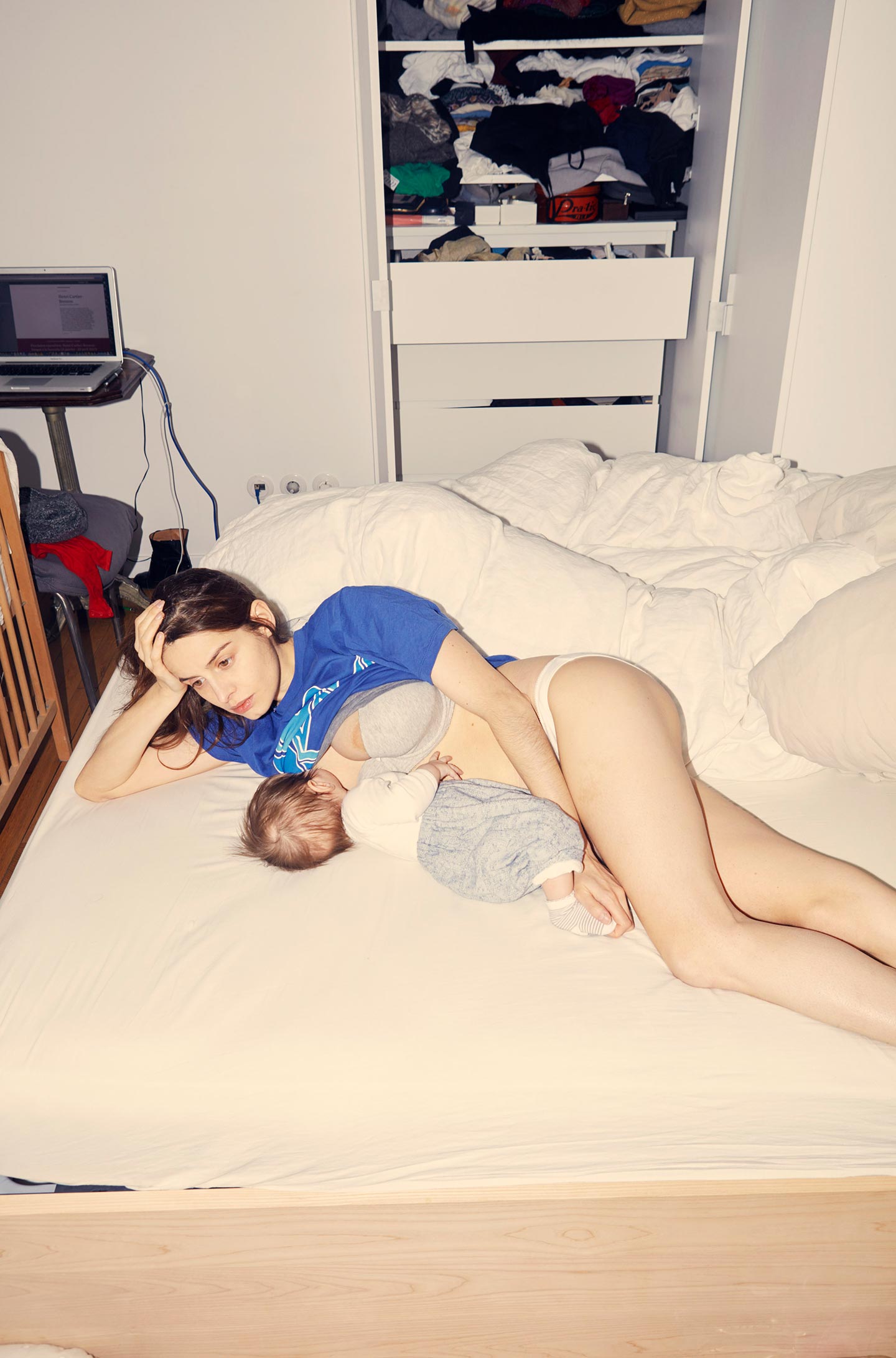 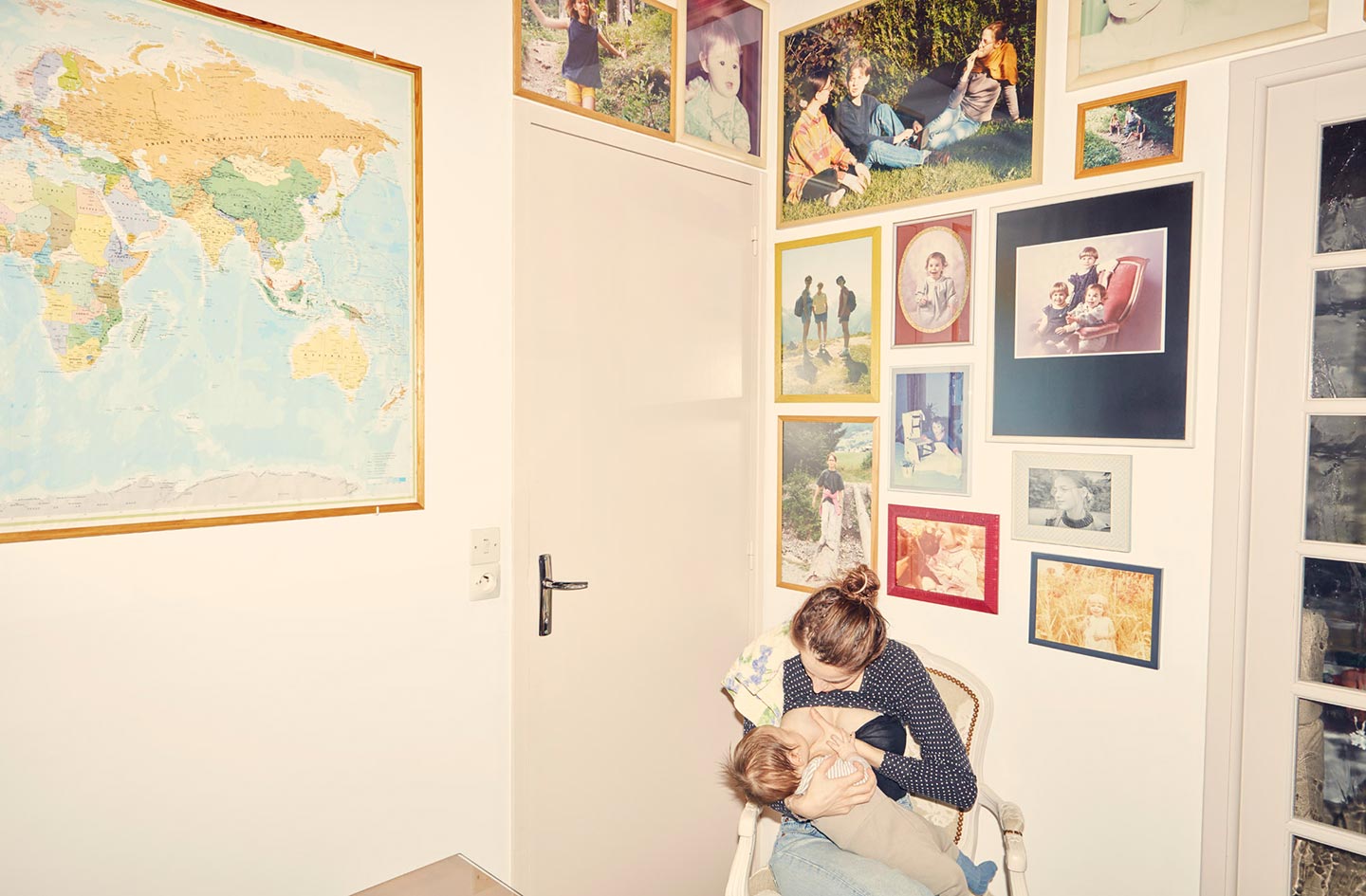 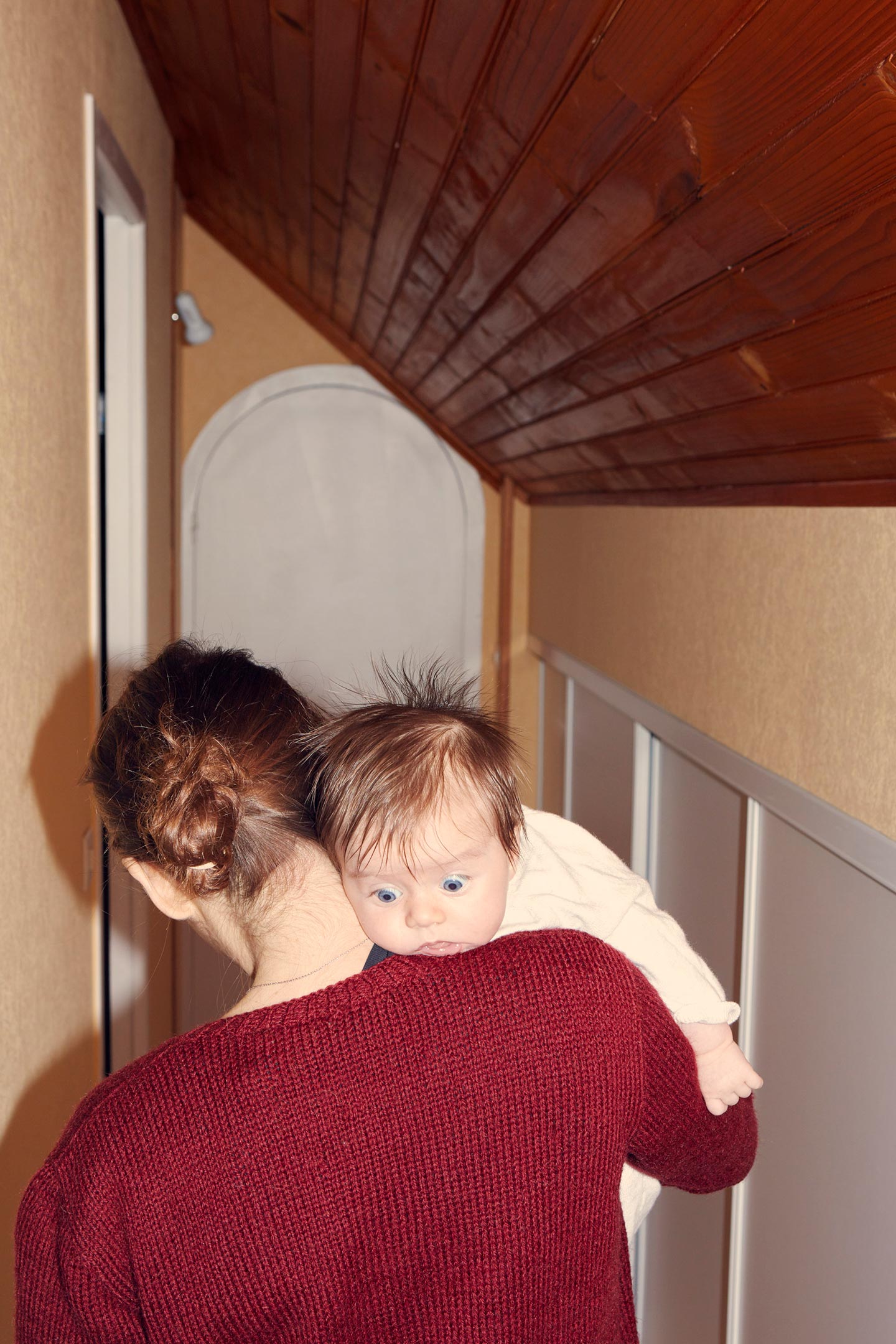 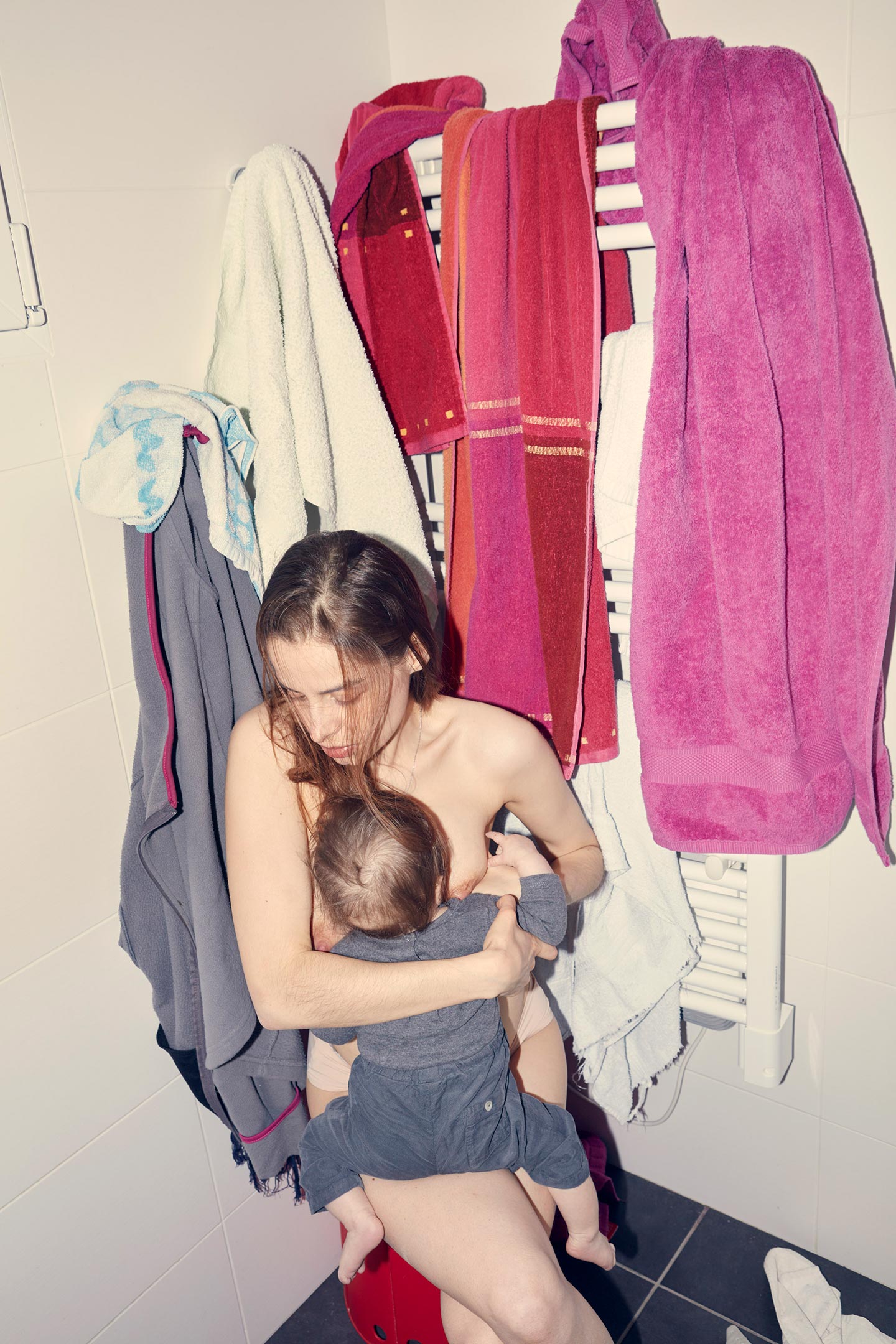 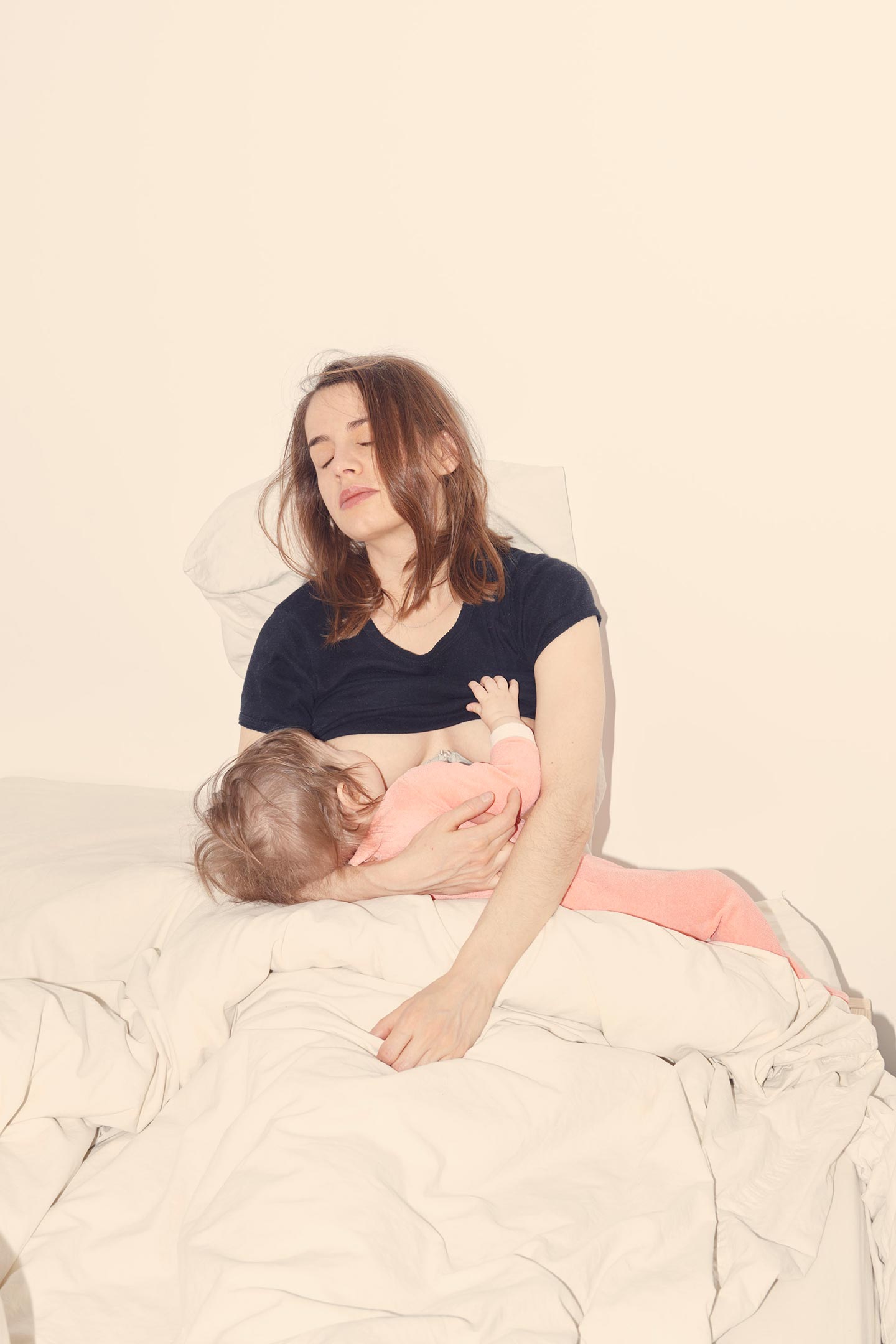 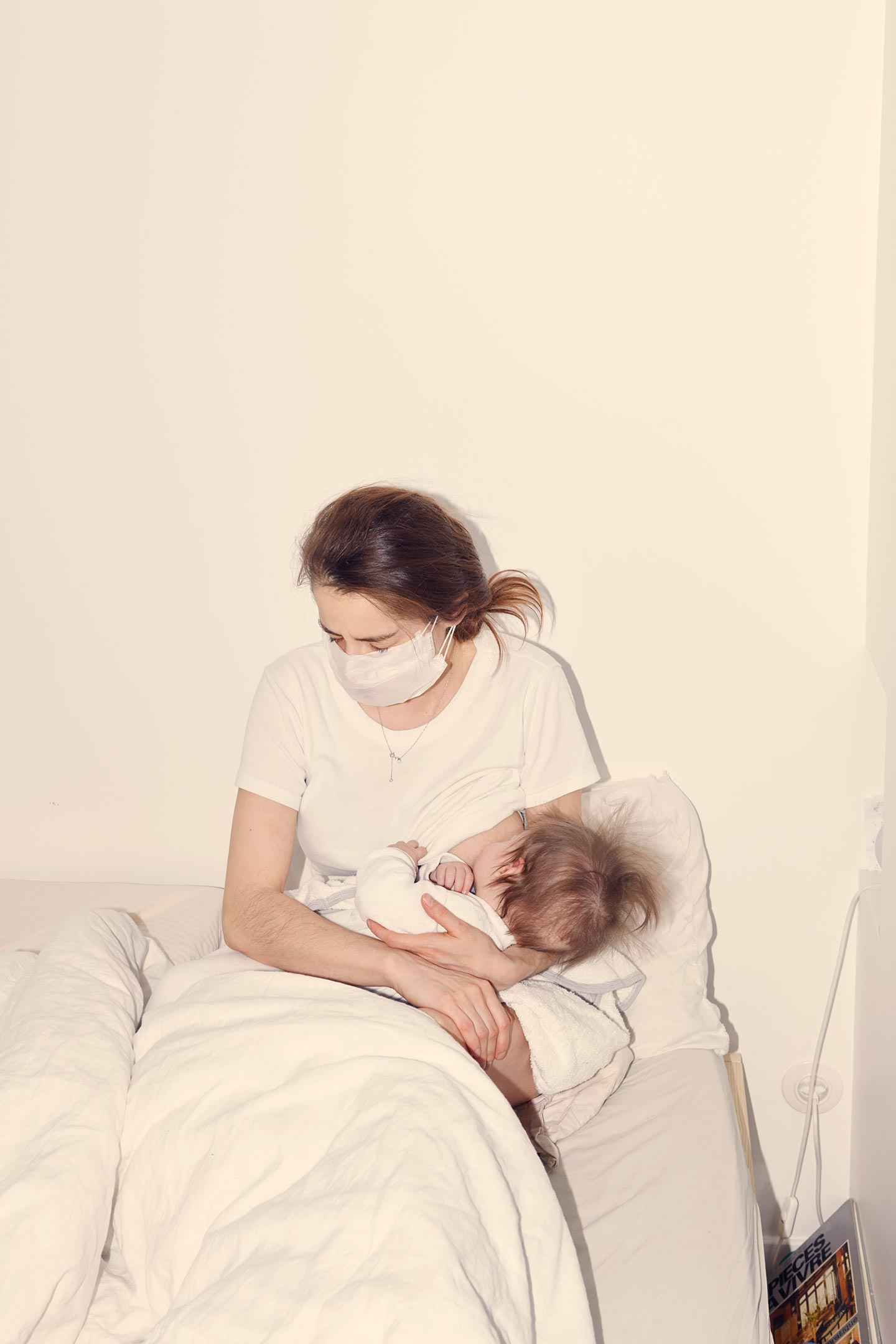 Becoming a parent changes your life, and at least for the first few years since the birth of the baby, it especially changes the newly-mother’s life, considering the added physical stress of pregnancy and breastfeeding that daddy gets away with. Libraryman has recently published Milky Way, a photobook by 43 year-old French photographer Vincent Ferrané that chronicles his wife’s months of breastfeeding in the most natural way, without concealing the discomfort that the act of nurturing a baby—as beautiful as it is—can create for the mother, and how the baby’s needs influence the rhythm of his parents’ revolutionized lives.

To me photography is about reading the world, its mystery and your relation with it.

Please introduce us to Milky Way.

Milky Way is a series of photos of my wife and our child during breastfeeding, published as a photobook by Libraryman. The series presented in the book is somewhat similar to a diary: it follows a chronological order and spans several months, from the first days at the hospital after the baby’s birth, until the last ones of breastfeeding at home. It includes several landscapes or outdoor pictures showing the passing of time, or more precisely the glimpse we could catch of it from the window of our house.

I did not want to do a documentation of breastfeeding but rather to focus on feelings and atmospheres—the way that these moments put you in a sort of fluffy parallel time dimension.

What inspired Milky Way? Why did you decide to photograph your wife breastfeeding your baby?

First, I think I was struck beyond words by the beauty of those moments. When I say beauty, I don’t mean that it is only pure joy: these are ambivalent times of strength and feeling as one thing with your family on one hand, but also difficult and sometimes harsh and tiring on the other.

Taking pictures of people and moments you truly love is the most important thing. I started this candid series as a father, I think—a father-photographer. When the mother breastfeeds your child, as a father you are emotionally involved and already on a distant position, so probably taking pictures puts you in the role of a kind of “active spectator”.

The images of Milky Way are very realistic as opposed to the lyricized way in which the act of breastfeeding is usually represented. Can you talk a bit about your approach to the work? What did you want your images to capture?

I somehow realized that breasfeeding puts you back into the bigger history of humanity and life. Regardless of whether you are living in a capital city and you consider yourself as a modern person—or even post-modern and “connected”—these little suspended moments remind you that you are a “human-animal”.

The feeding, the urge of food, sets the rhythm for the days and the nights. This clock becomes more important than any other. In Milky Way I tried to show how breastfeeding appears as a pulse that gradually integrates with other cycles of life, like those of nature and the seasons, and of days and nights..

How would you describe the aesthetics of the images?

I tried to let the aesthetics follow the act of feeding, which imposes its geometry on bodies and the space they occupy. In other words, my partner and our baby learned the hard way that breastfeeding is not so easy at the beginning! It is important that the milk flows well, that the baby drinks enough and for a long enough time, etc. The way in which these two bodies approach one another is determined by food, and it is an act of nurturing that expresses itself without words (except the baby’s crying) but only through gestures and postures. I tried to compose my images focusing on all these little adjustments: the way my wife was sitting, holding and giving her breast to the baby, or the way the baby grabbed the breast and seemed to become one thing with his mother. I was photographing them a bit like I would photograph the choregraphy of two dancers.

About the space, when you return from the hospital with a baby, your world has changed, in particular familiar places like the interiors of your home. The environment is the same and yet the presence of the baby will completely modify it. This is why I tried to capture the breastfeeding in ordinary, everyday settings while including symbolic elements. For instance, in one image you can see portraits of our relatives above my wife’s head, which places her and our baby in a sort of photographic family tree.

Why did you choose Milky Way as the project’s title?

The titlte is a reference to a Greek myth where the milk coming out of the breast of the goddess Era created the Milky Way galaxy. It’s also a literal reference to the experience you go through while breastfeeding during the first months of a baby’s life. The whole series assumes this balance between everyday reality and poetic symbols and myths.

Did you have any specific references or sources of inspiration in mind while working on Milky Way?

One source of inspiration I was thinking of is the so-called «virgo lactans», a typical representation of the Virgin breasfeeding the baby Jesus that can be seen in many paintings and sculptures belonging to Christian art history. Some remarkable examples were set in the interiors of contemporary houses, like Madonna Litta by Leonardo da Vinci (and Giovanni Antonio Boltraffio), as well as in works by Italian Renaissance painter Bartolomeo Vivarini, or by Flemish and Dutch painters Gerard David and Robert Campin. No matter what you do, if you are representing a woman breasfeeding her baby you are dealing with this historical iconography.

How do you hope viewers react to Milky Way, ideally?

I think breasfeeding is a universal act, and that choosing an immersive point of view where you can identify with the subjects was a good way to represent it. I hope people won’t see it as a mere documentation of breastfeeding, but more as a series about the situations and feelings you go through during such a special time in life. And regarding the aspect of revealed intimacy, I hope people will agree—like my wife and I—that elements of nudity in the series such as a lactating breast for example are not ambiguous but simply show one of the roles of a mother in a meaningful, modern and strong way.

I am a self-taught photographer; I gradually discovered the history of photography while working for magazines and advertisements. It’s hard to mention only one photographer as an influence, but if I had to choose I’d say William Eggleston, for the way he combines aesthetic mastery with an inspiring relation to the world. His “democratic forest”, which treats the vernacular and mundane subjects with the same complexity as the noblest, is a philosophy of which I feel as close as the phenomenology of Maurice Merleau-Ponty.