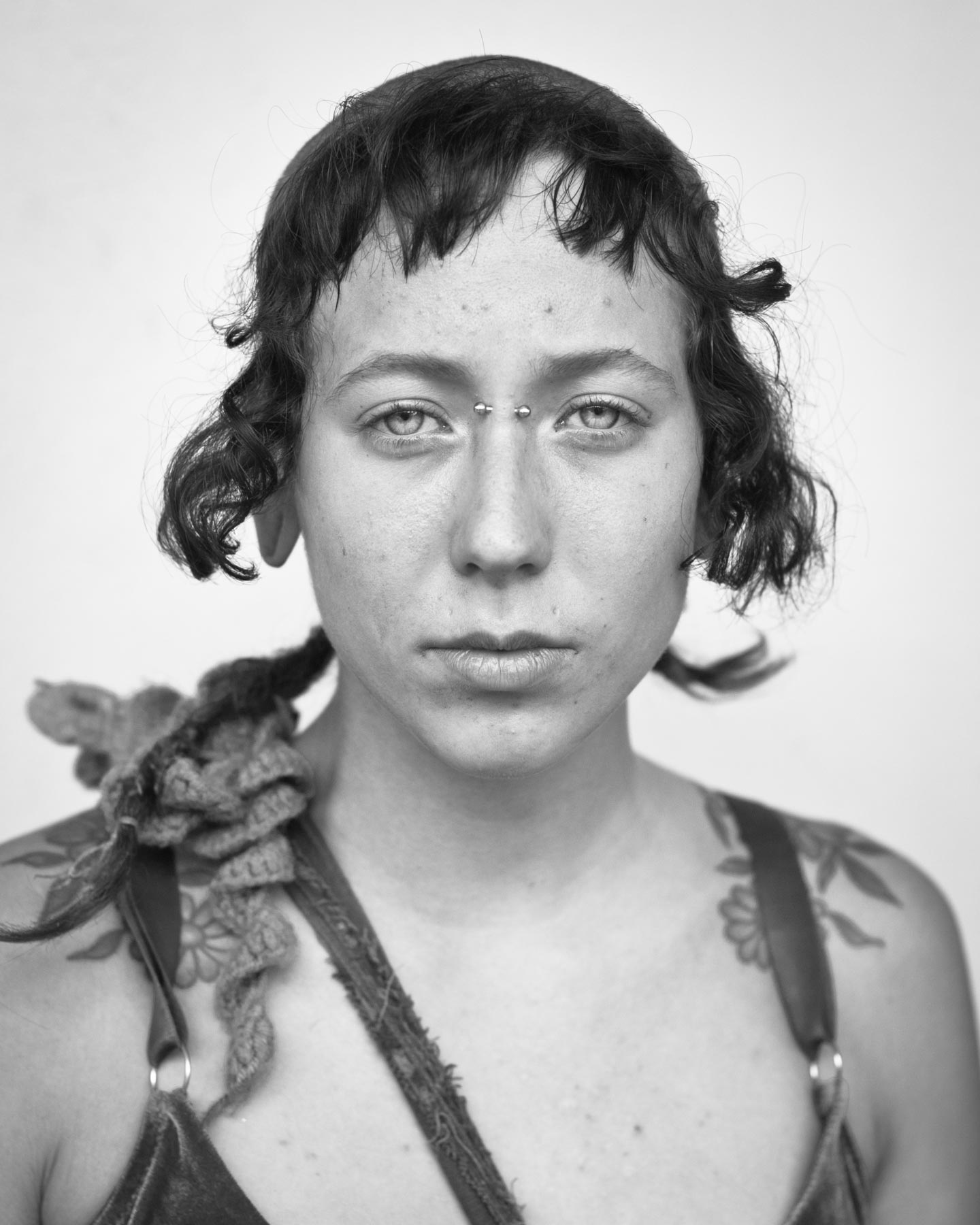 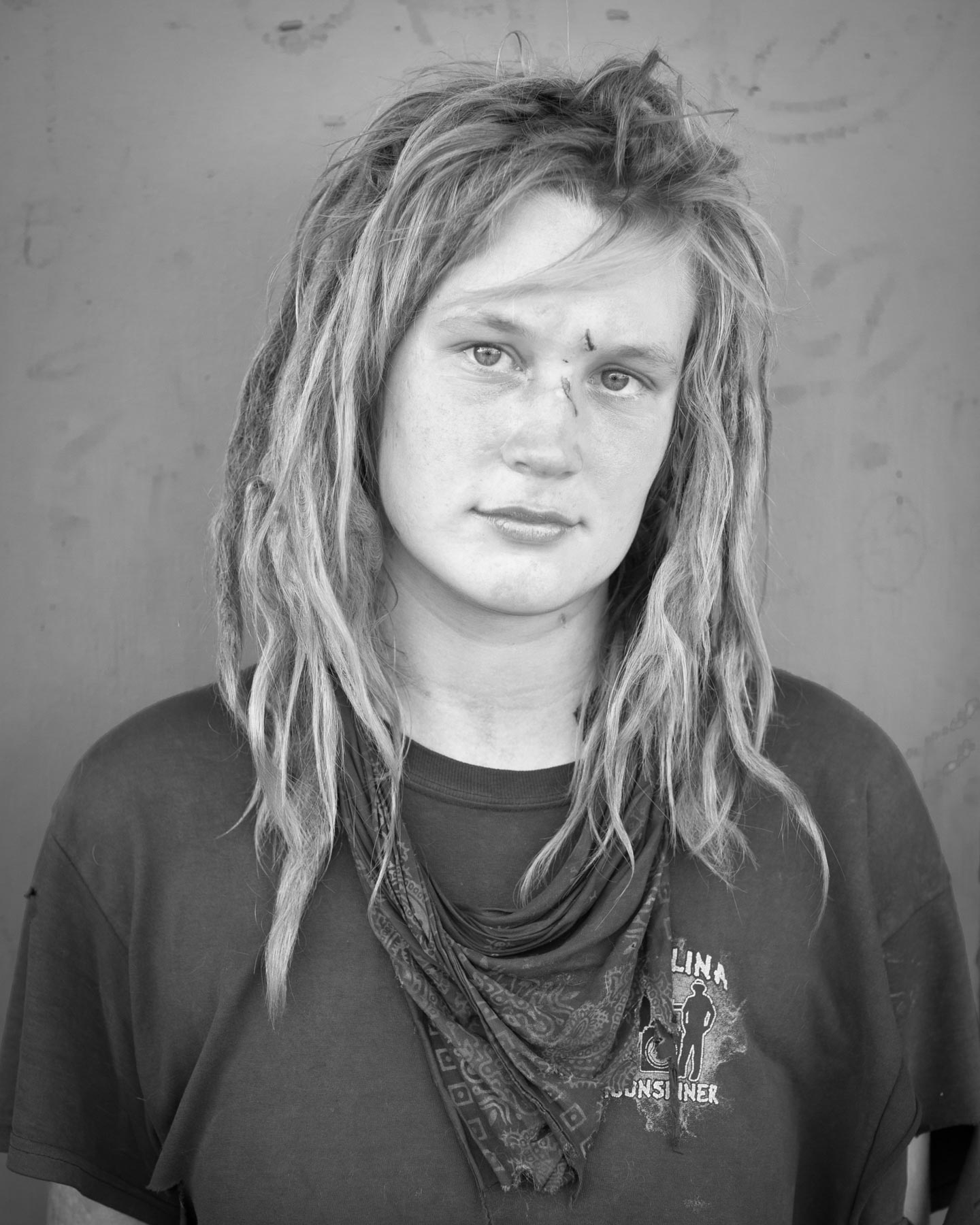 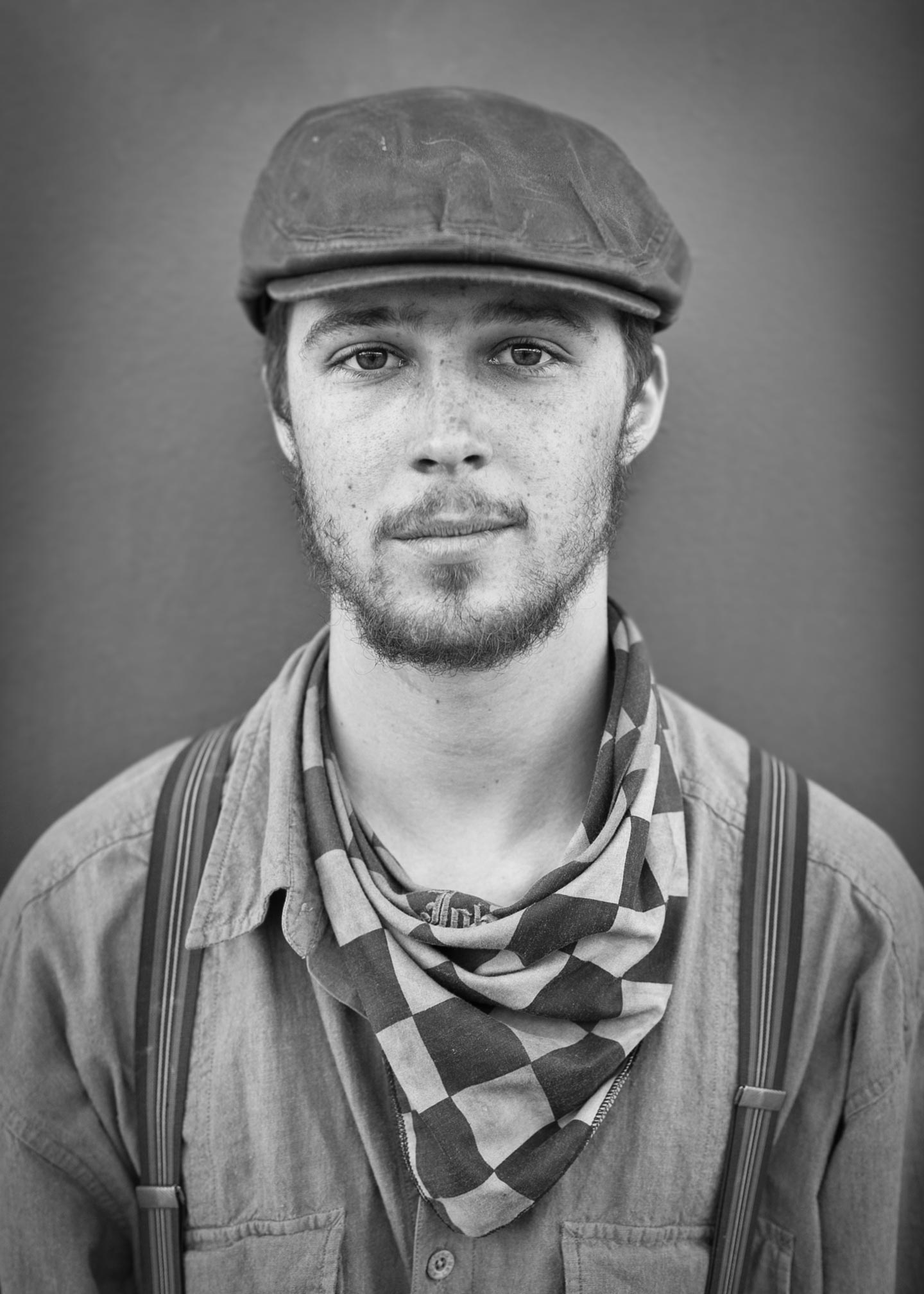 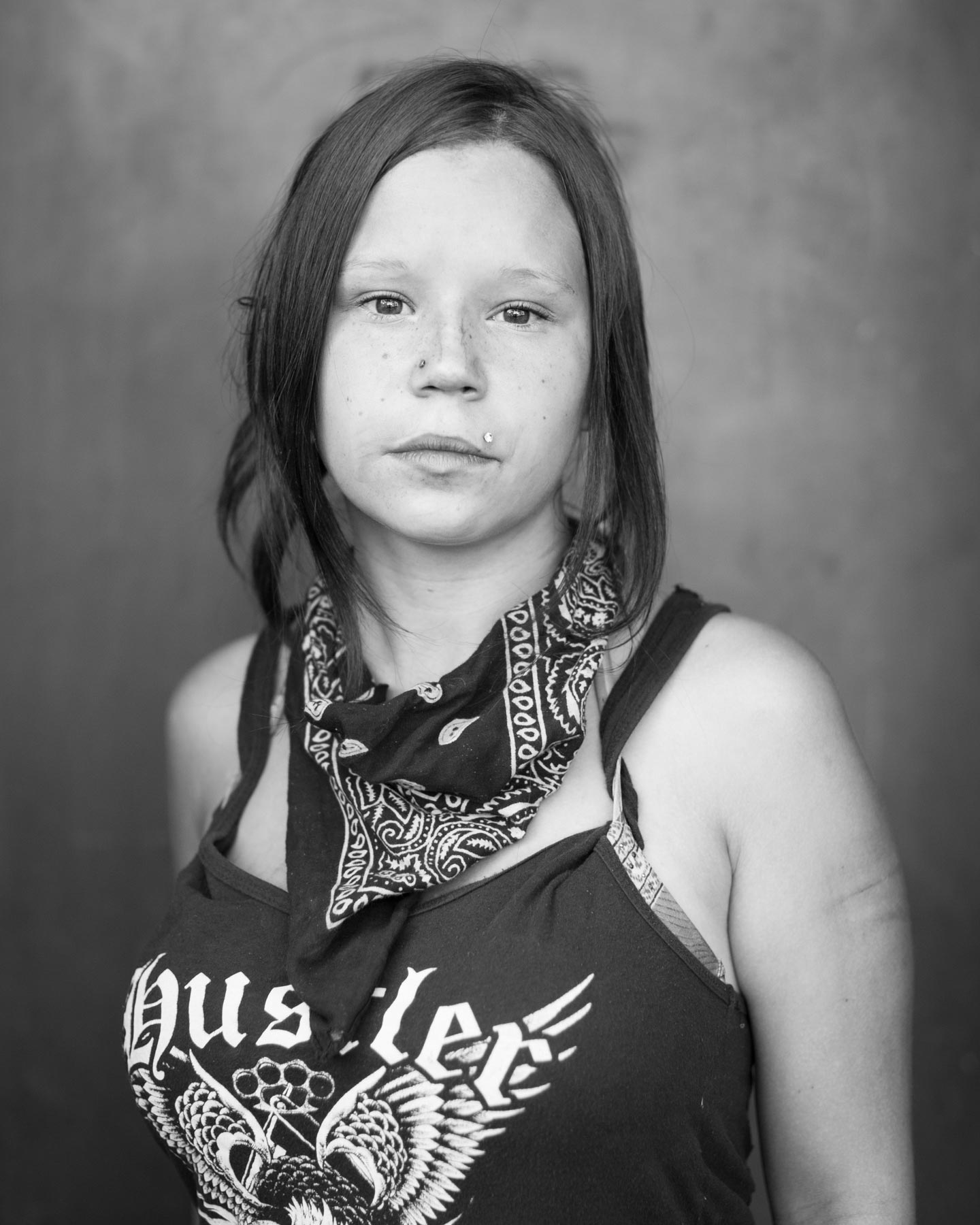 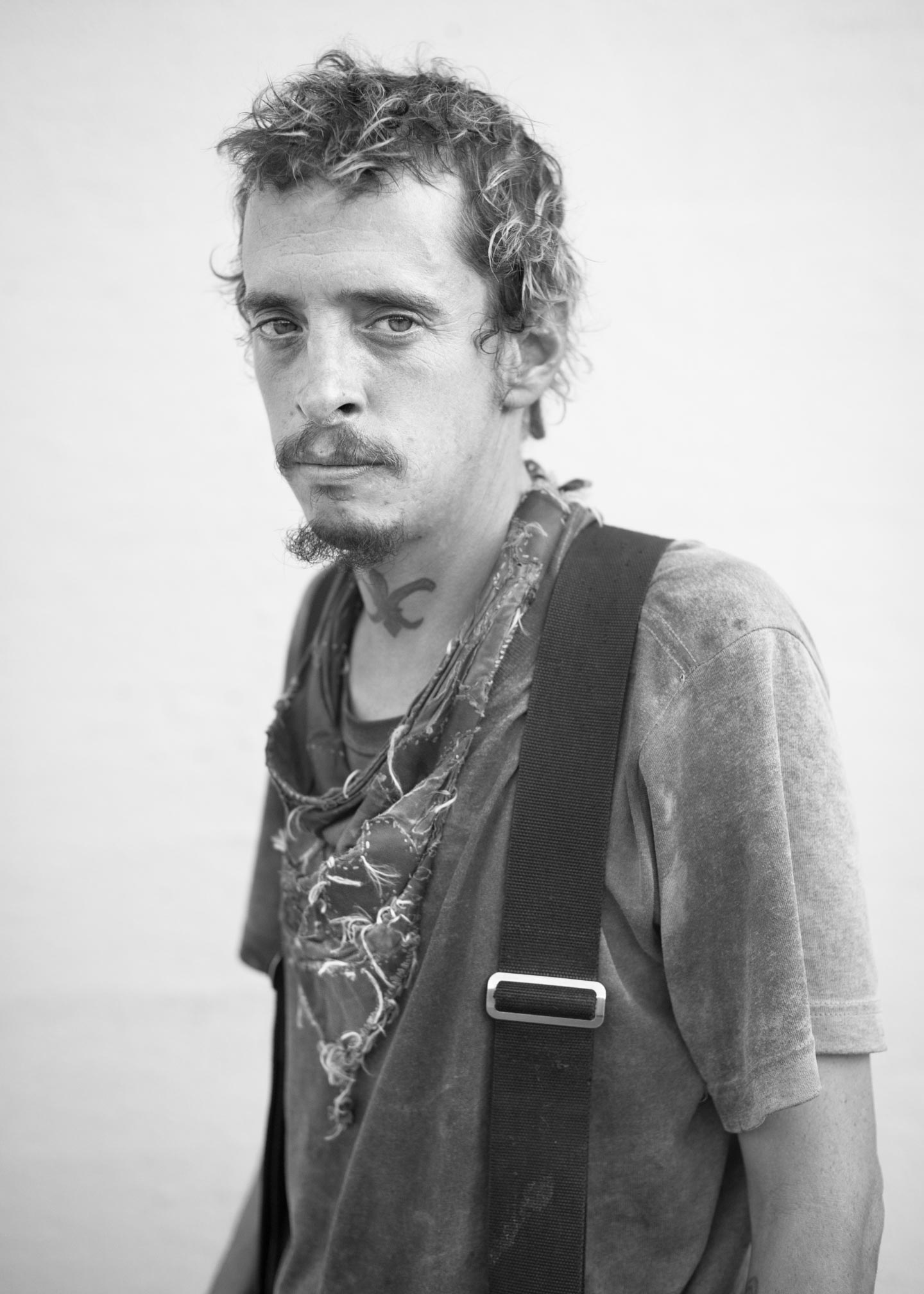 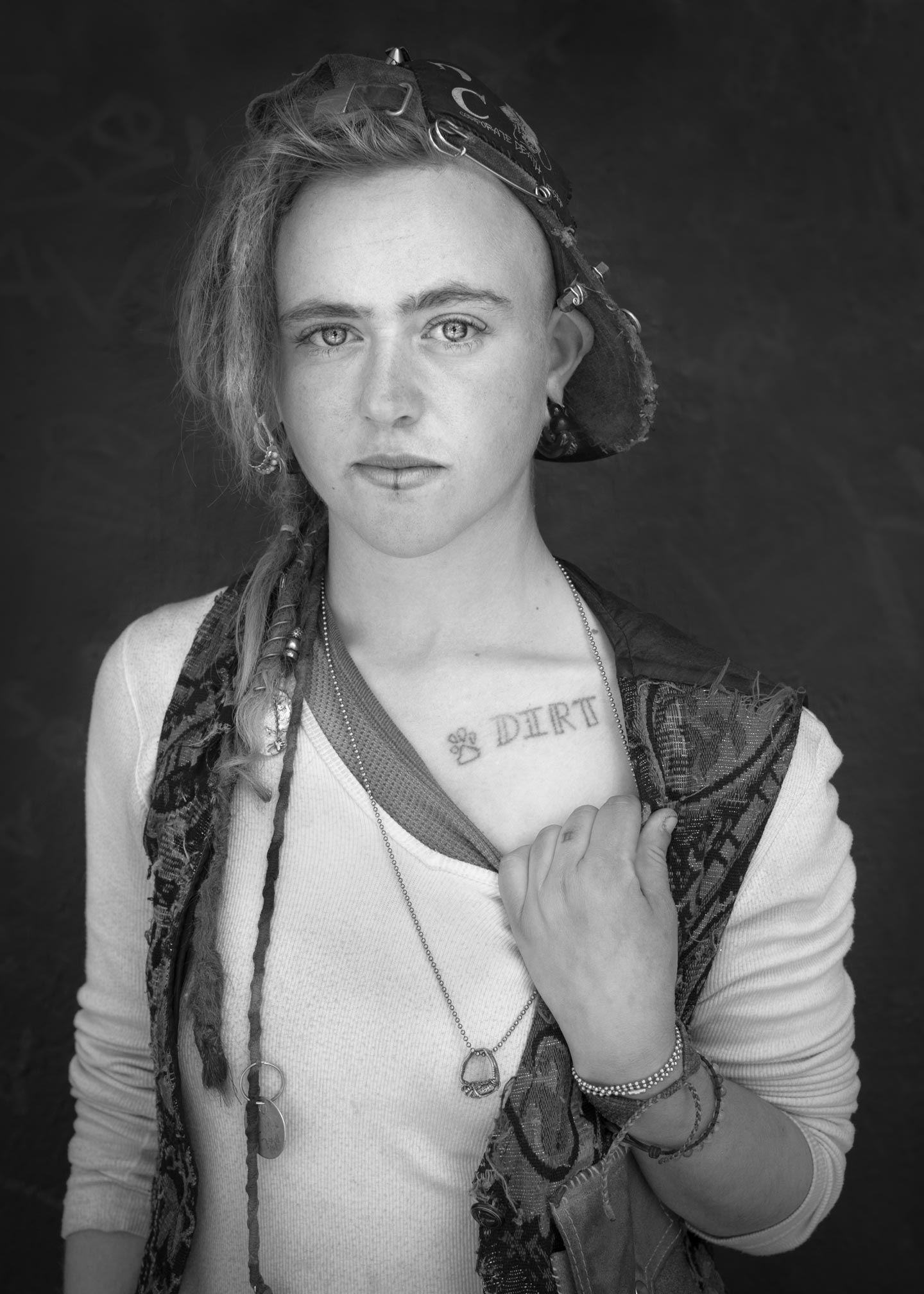 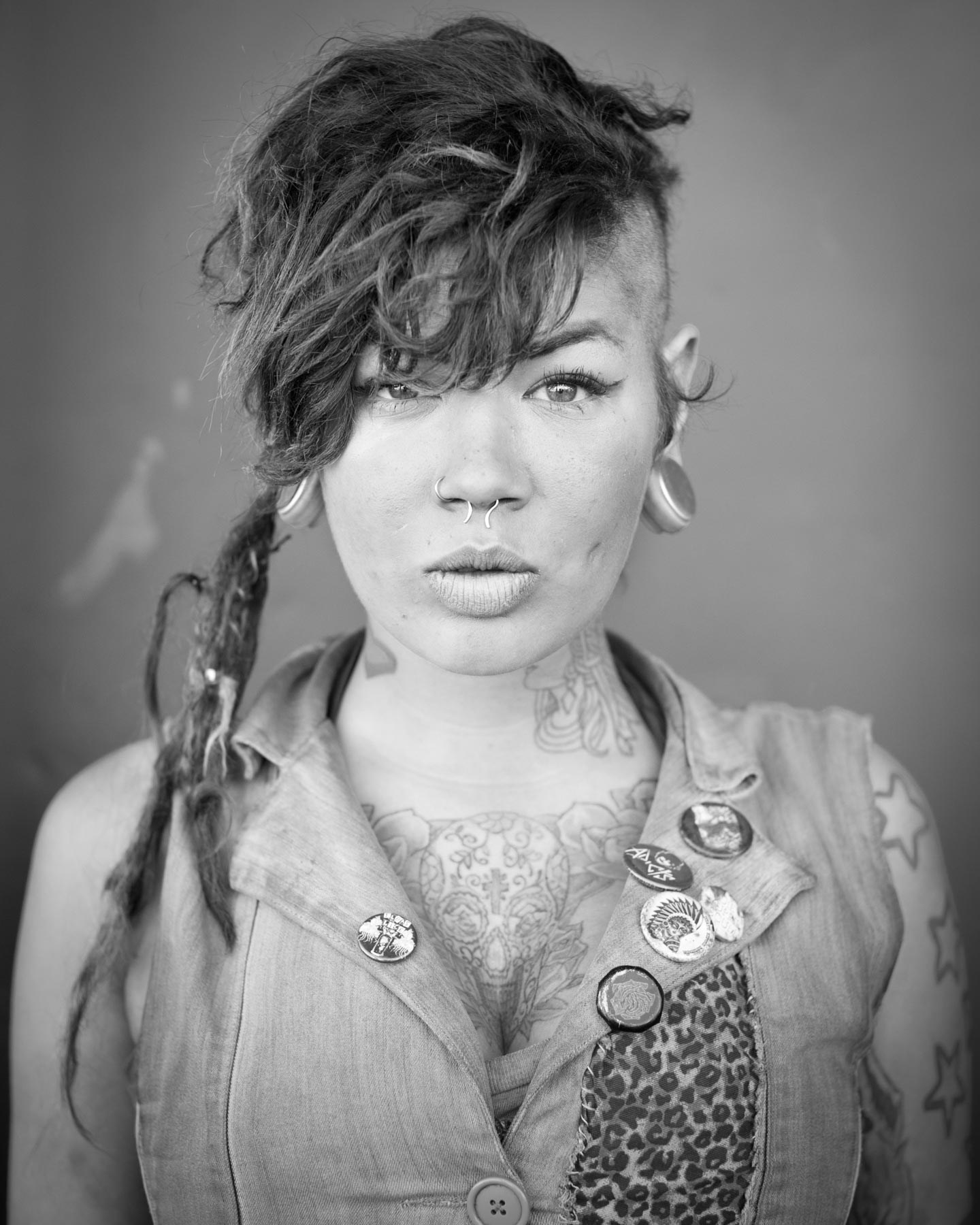 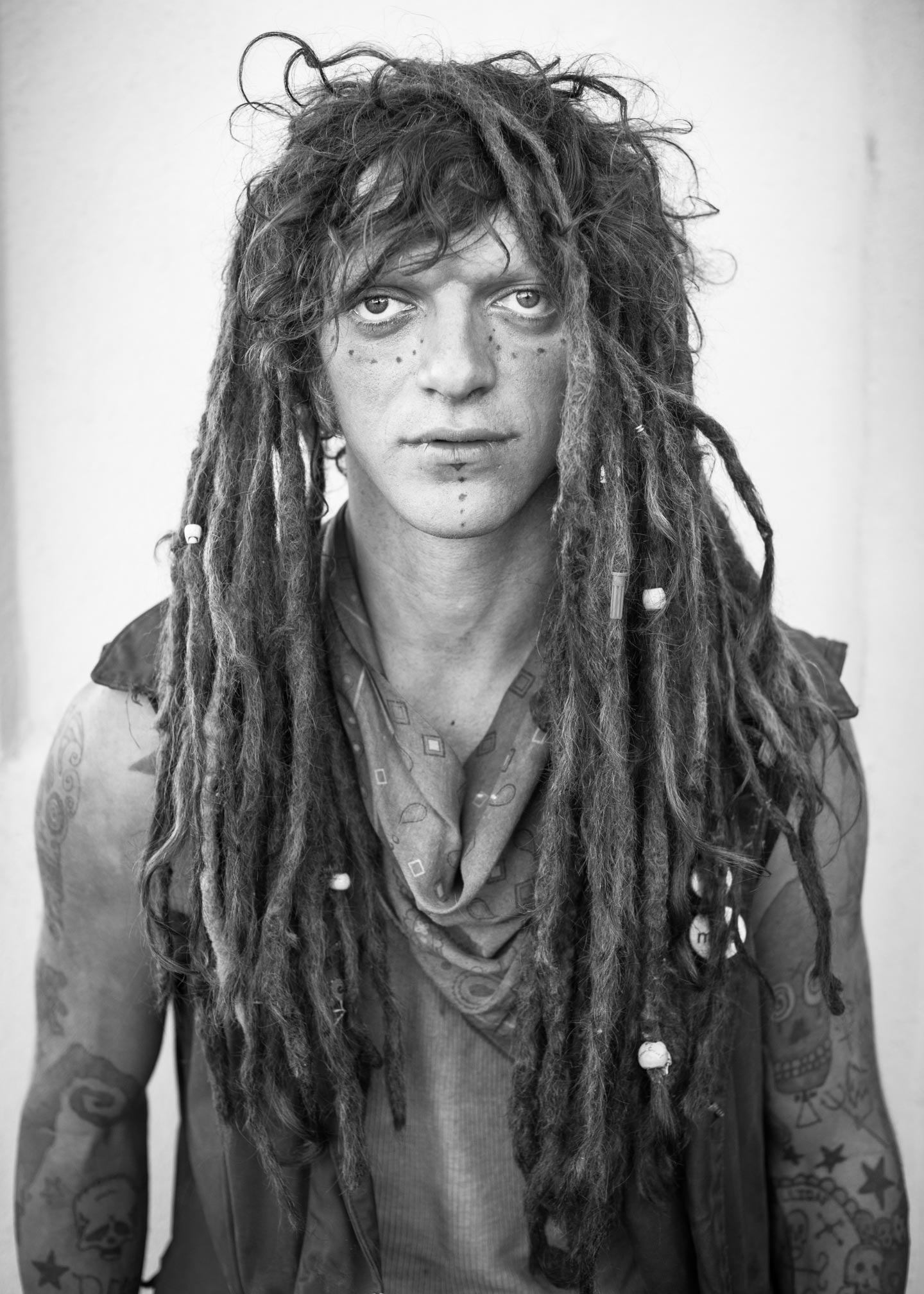 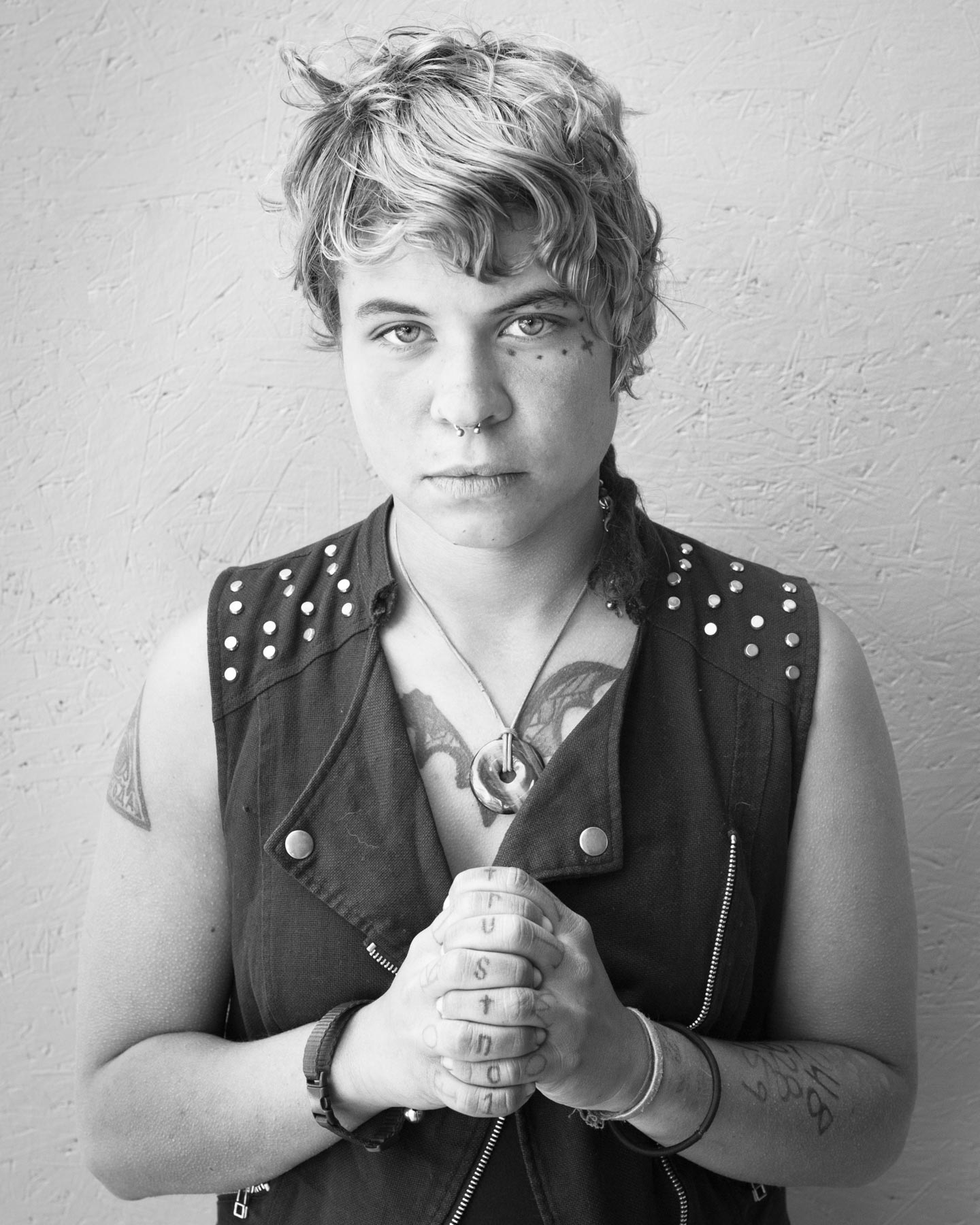 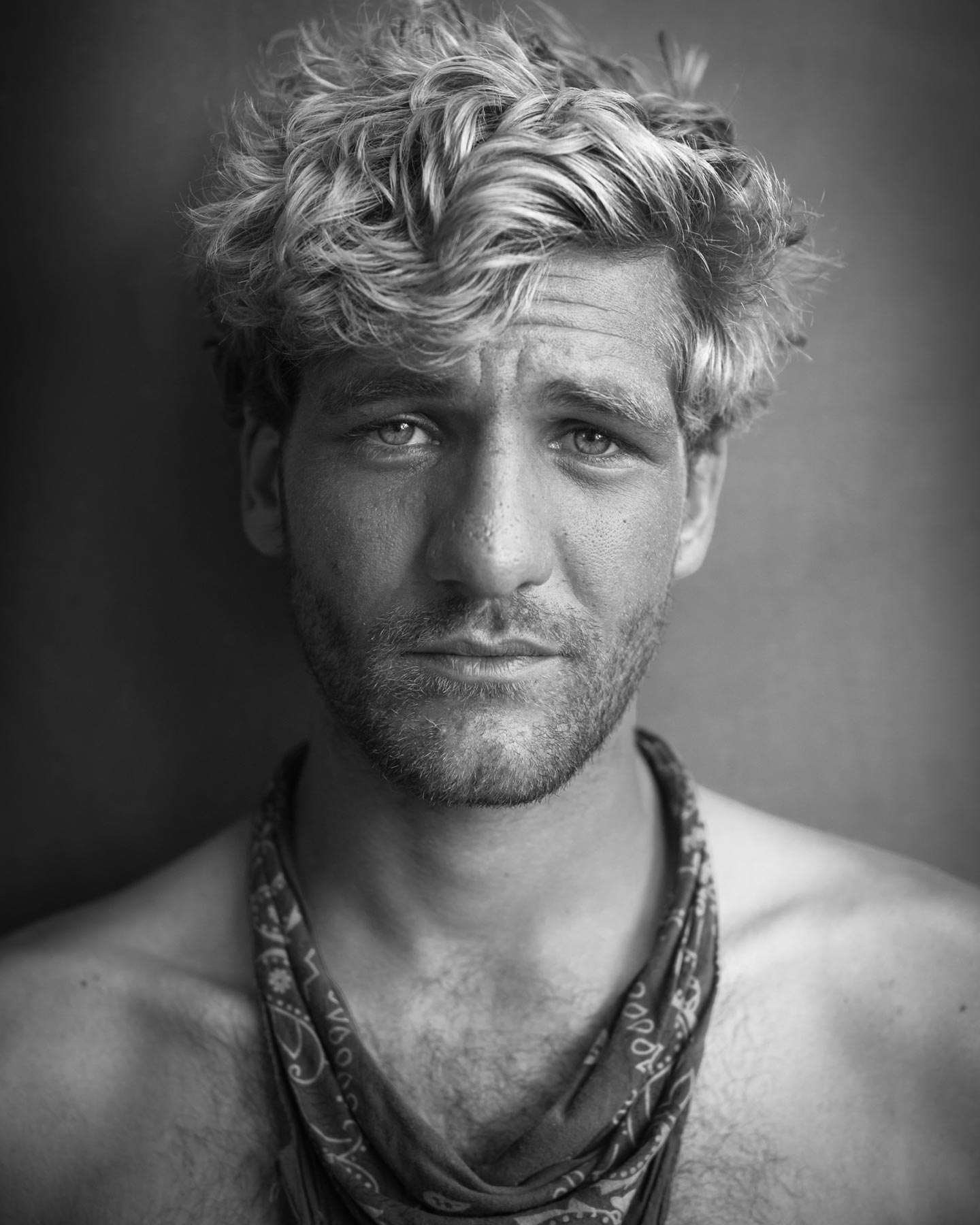 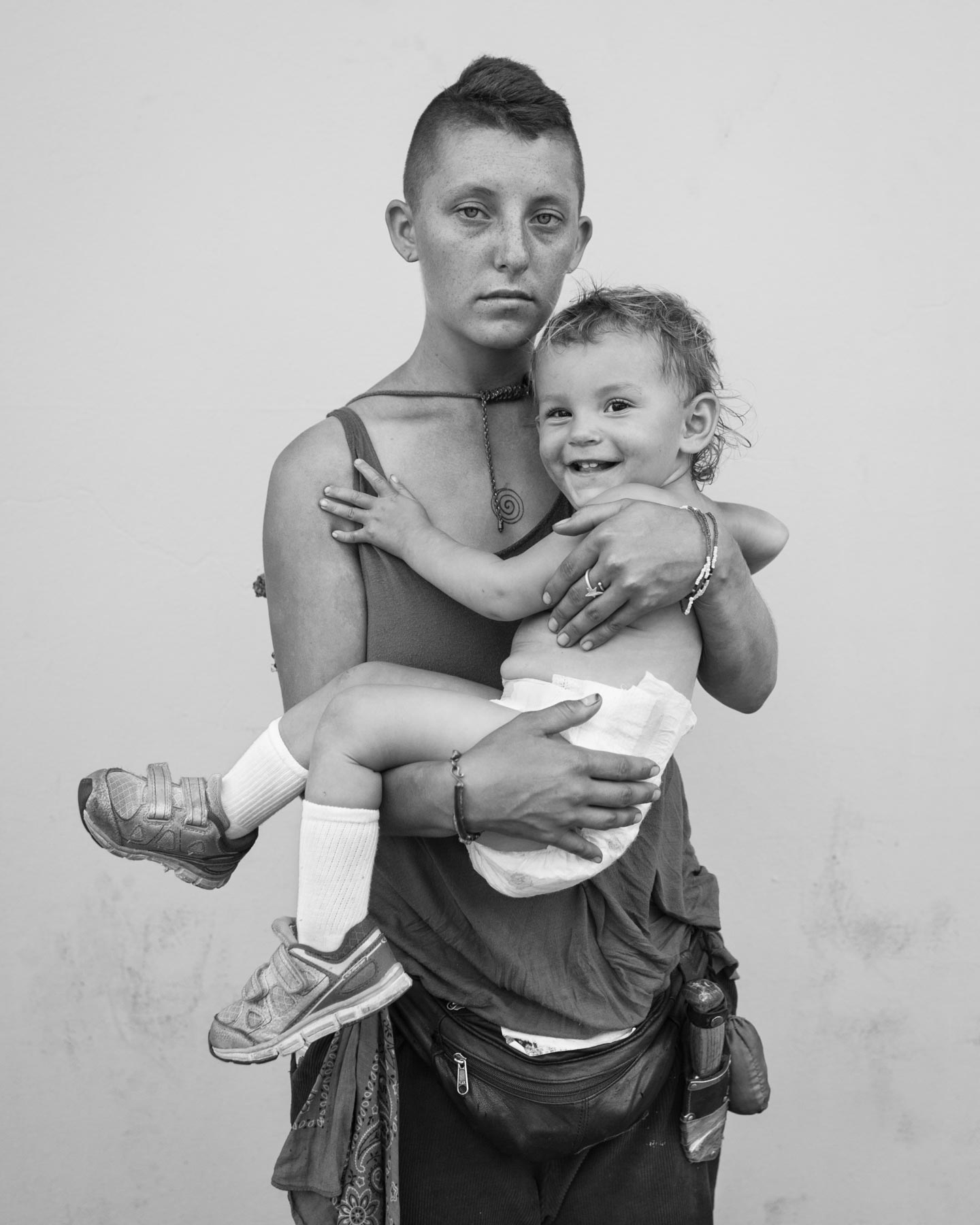 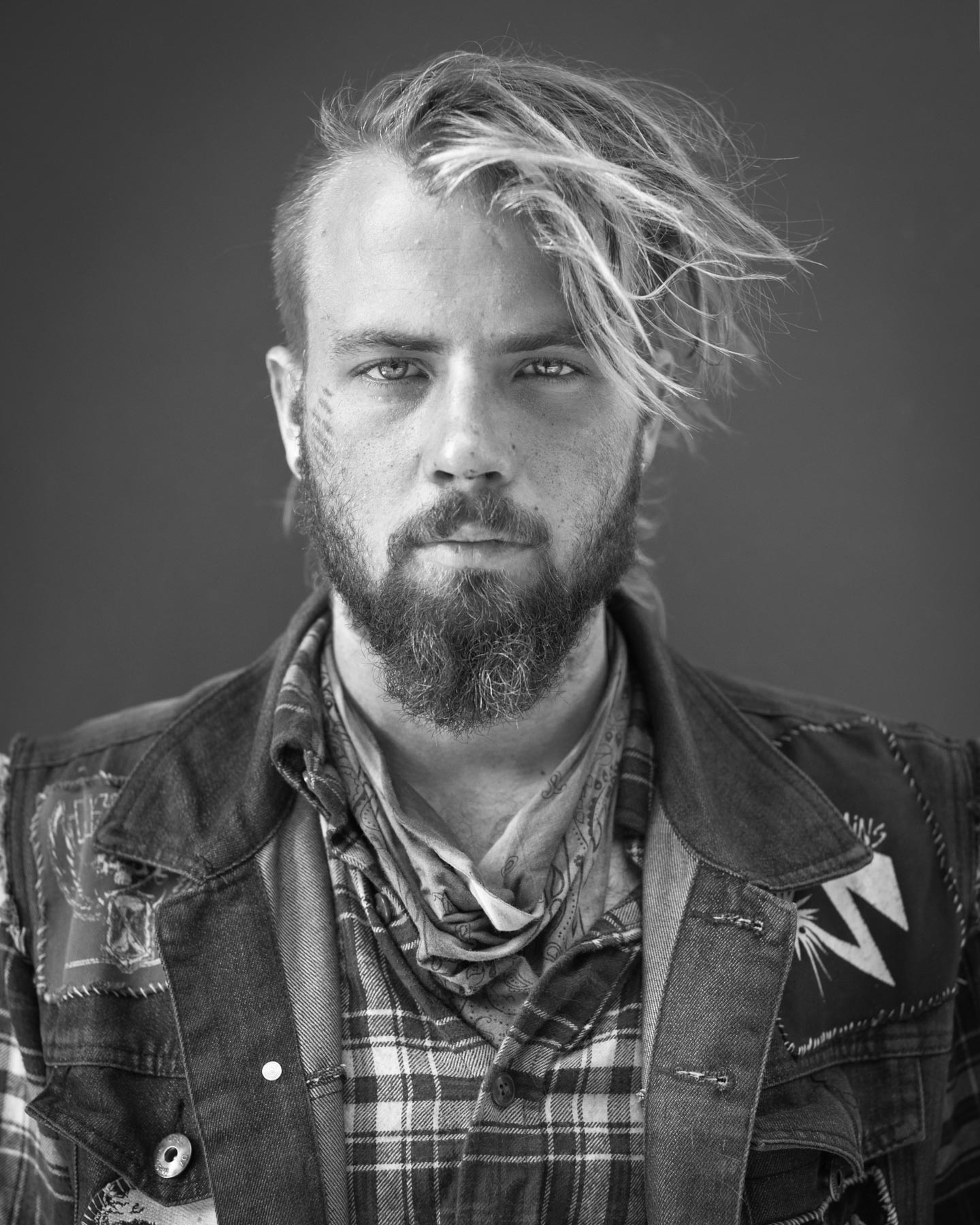 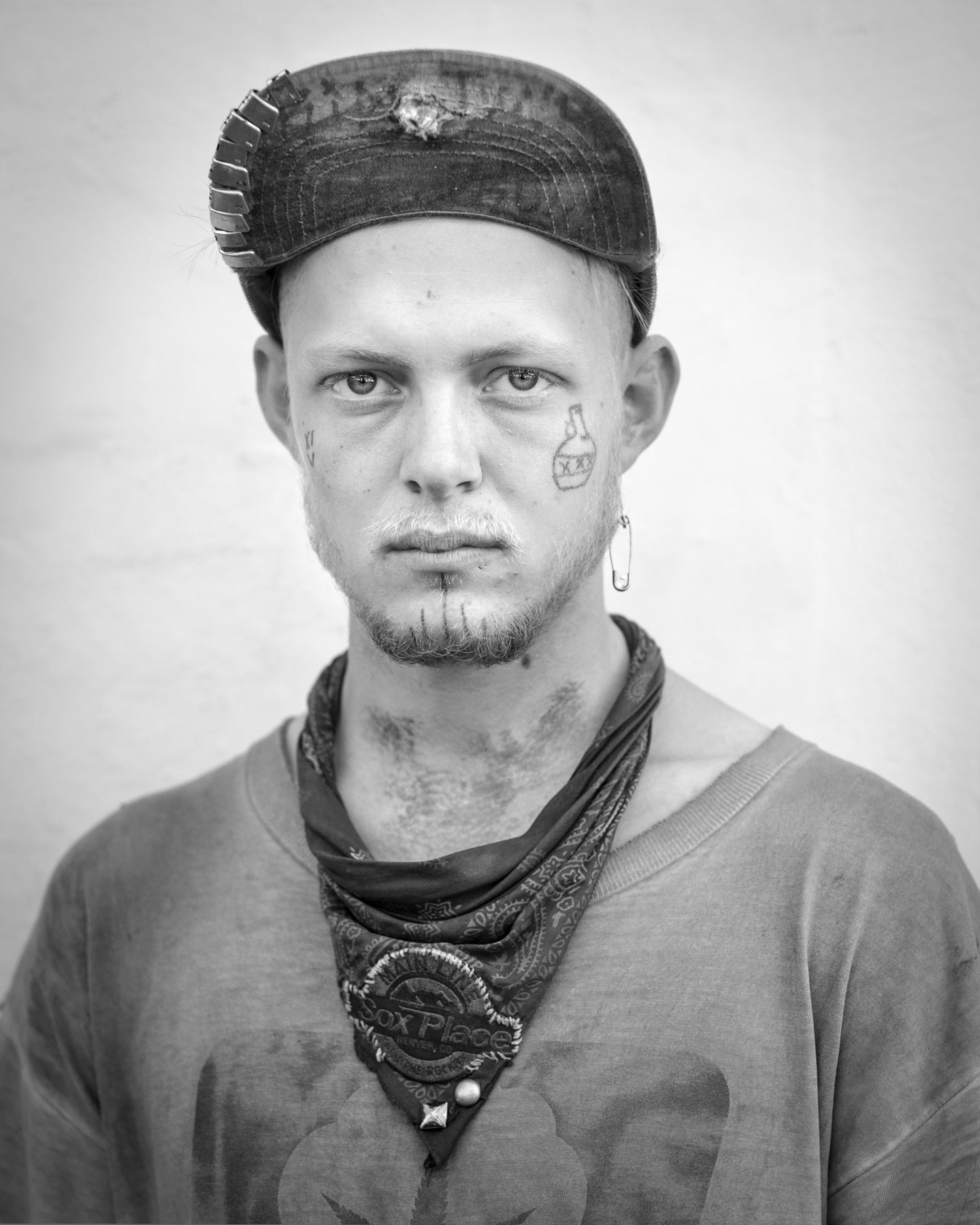 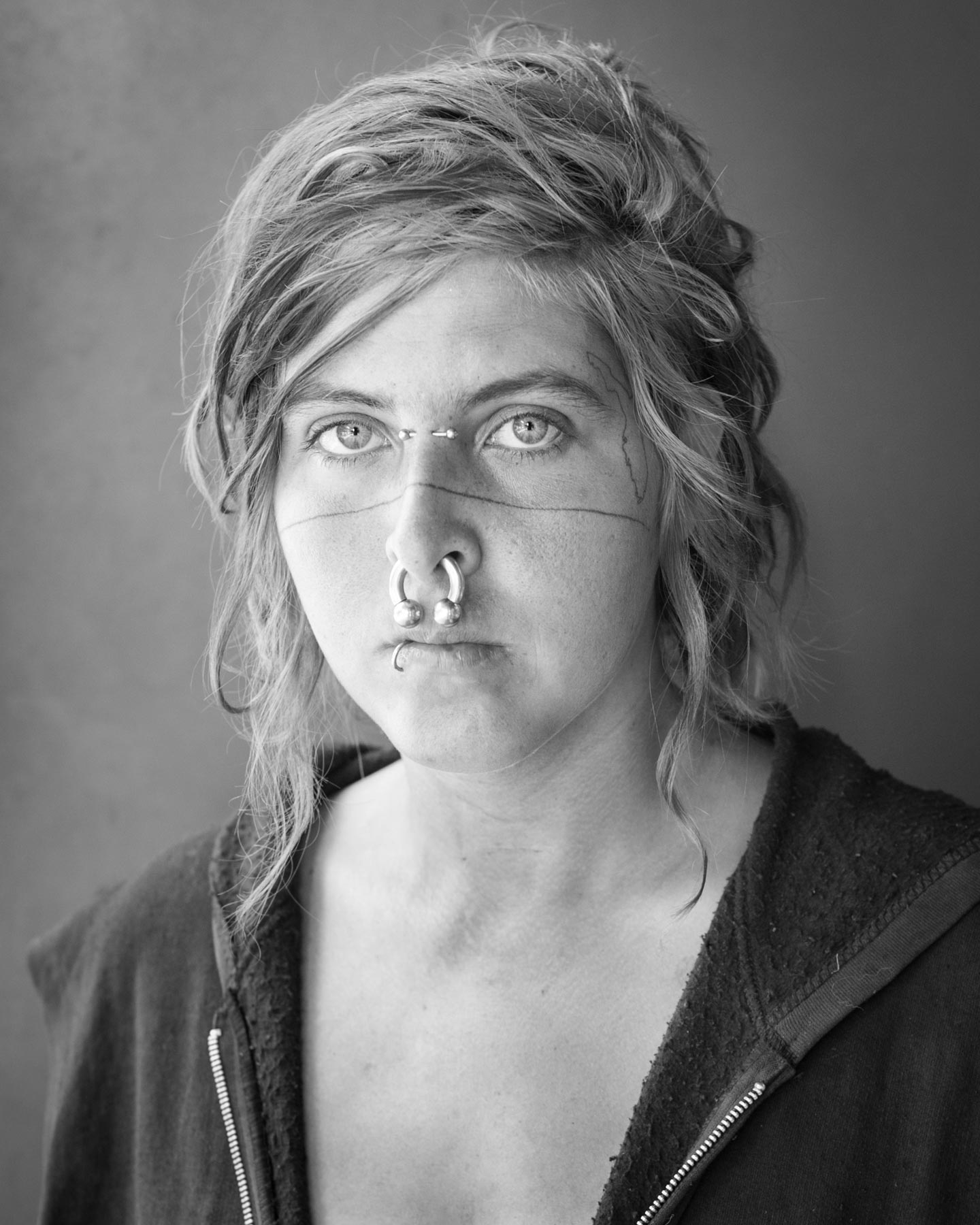 American photographer Michael Joseph shares some background to Lost and Found, an ongoing series of black&white portraits of the young train riders of America, those individuals with no fixed home or job who travel the country hopping from one train to another.

I am most interested in street photography and street portraiture. I feel like the camera can be used as a powerful tool of connection and conversation. I value meeting people who are unlike myself, whether it be for their personality, race, religion, personal story, etc. and giving the viewer the opportunity to do the same through my photographs.

Making portraits on the street presents the exciting challenge of making the best use of available light and the environment (or lack of). Moreover, you have to convince a complete stranger to get their portrait taken, and get him or her to relax enough that the real person or emotion comes through in the photograph. Often, the subject is distracted by what is going on in the street around him or her.

Why did you decide to portray the train riders of the United States?

I often say that I didn’t choose the project, but instead, the project chose me.
Lost and Found was an offshoot of another project I was working on called Close Strangers, for which the goal was to make street portraits using a non-traditional portraiture lens that would enable me to get as close to the subject as possible. I wanted to learn as much as I could about a random stranger who, again, appeared to look or act differently than the people I usually interact with in my daily life. For instance, I once traveled to New Orleans to photograph a psychic and learn her story. In 2011, I was in Las Vegas and photographed a man on the side of the road who had a face so interesting I felt compelled to get out of the cab I was on and approach him. After photographing him in Las Vegas, I photographed subjects in other cities who recognized his face. I learned, by meeting people on the street of this culture, about the train hoppers or Travelers, who are constantly on the move throughout the United States. That’s how Lost and Found was conceived. I found their subculture to be intensely interesting and both learned life-lessons from and formed relationships with many Travelers. After about a year, I felt inspired to tell their story and have since then. Even though I have amassed a huge body of work, I still continue to work on the project.

How have you gotten in touch with your subjects, and have you traveled and hopped trains with them?

After establishing relationships with many subjects and literally running into them in different parts of the country at different times (sometimes years apart), I maintained contact with many of them. I still do, to this day. As I gained more recognition and positive feedback for the portraits, I have had Travelers I don’t even know contact me and tell me their stories. In addition, family members of the riders have contacted me as well to tell their side of the story.

I have gotten close enough to the train tracks to watch Travelers hop on and off of trains, but have not myself. It is a federal offense to trespass and hop trains in the United States. Many Travelers are arrested or pulled off of the train by railroad police. It is my goal to document the Travelers with up-close portraits so that the viewer can see each individual soul rather than their adventures out on the road. I use walls of city streets that appear as blank backgrounds because these travelers are constantly on the move. Their environment is constantly changing and I feel it would be unfair to pin one person to one specific location.

From your project statement, that of the train hoppers emerges as a veritable community with its own codes and culture. Can you describe the main characteristics of this unique group?

Both the themes of freedom and family will be common to any Traveler’s story. There are often varied answers as to why a Traveler decides to leave home and go out on the open road and rail. A majority of Travelers are looking to escape a social construct or predetermined, prescribed life. Often they feel imprisoned or stifled by their everyday routine and job. They head out on the road to search for freedom and find themselves. Often they are also searching for “family” – people who they feel more akin to. In their traveling friends they really do find a family of a different kind, perhaps one that is more accepting of who they are as people.

Visually, you will note a “skank” or handkerchief around the neck of a Traveler, clothes that are often self-constructed like patchwork and tattoos both on the body and face. Unfortunately, experimentation with drugs and alcohol is rampant, and if a Traveler is not careful, he or she may fall into a trap of substance addiction or even overdose leading to death.

What were you most interested in capturing when taking their portraits? And why did you decide to shoot in black&white?

When people pass Travelers on the street in different cities they usually look down on them and dismiss them as “less than” without really even getting to know who they are and what they are all about. My aim is to bring viewers closer to the subject, command that they look into the subject’s eyes and offer them respect or at least some thought.

I decided to shoot in black and white because it allows the viewer to look into the eyes of the subject and not be distracted by color. In some instances, a Traveler will have very colorful tattoos or may be wearing something very red. I found that shooting color can often end up being about the color itself. Also, many Travelers are covered in dirt and wear the same clothes for months at a time… their often worn look lends itself to black and white photography.

Yes, as in street photography where we are looking for the decisive moment, in spontaneous portraiture, I am looking for that moment where the subject relaxes and the inner emotion comes through on the face. I still look at and am inspired by street photography, whether it is street portraiture or not. Specific to portraiture or storytelling on the street, the works of Mary Ellen Mark, Richard Renaldi, Rineke Dijkstra, Bruce Davidson, Amy Arbus and Larry Clark continue to inspire me, among others. As far as this specific series, the subjects themselves inspire me to tell their story. I do a lot of audio recordings and when I’m back home in Boston after a trip, working on the portraits and listening to the audio, I am often inspired to take another trip and keep going with the project.

I like to listen to interviews with masters of photography to learn their process. I am most interested to see how others arrive at their final image and what it took from the first step all the way to the print. For instance, I was just listening to an interview with Mary Ellen Mark regarding her series Streetwise… I was interested to see how she maintained relationships with the street kids she photographed in Seattle, WA and how she continued to follow her subjects and their families for a lifetime. I suspect that this may happen with my current project as it continues to evolve with time.