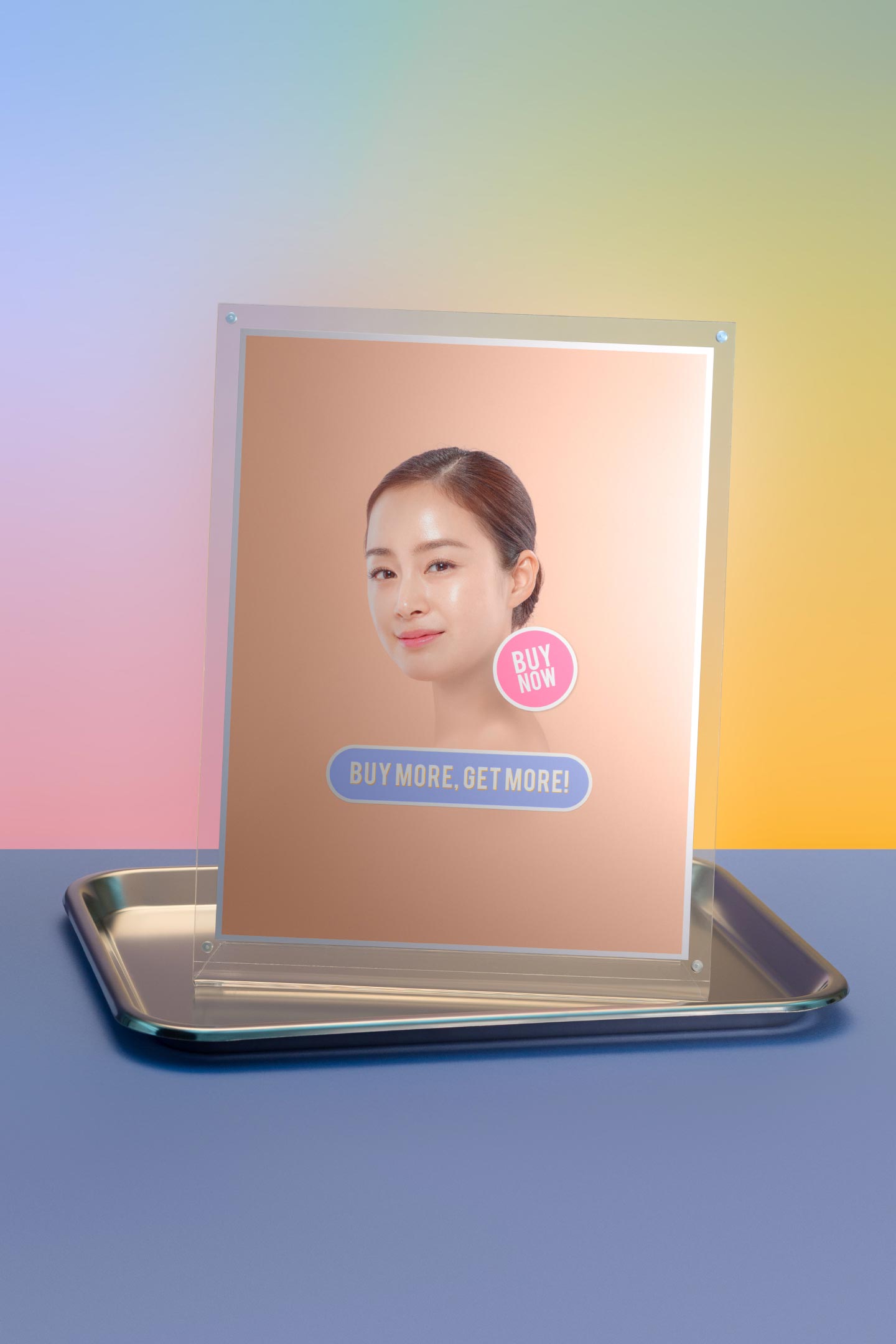 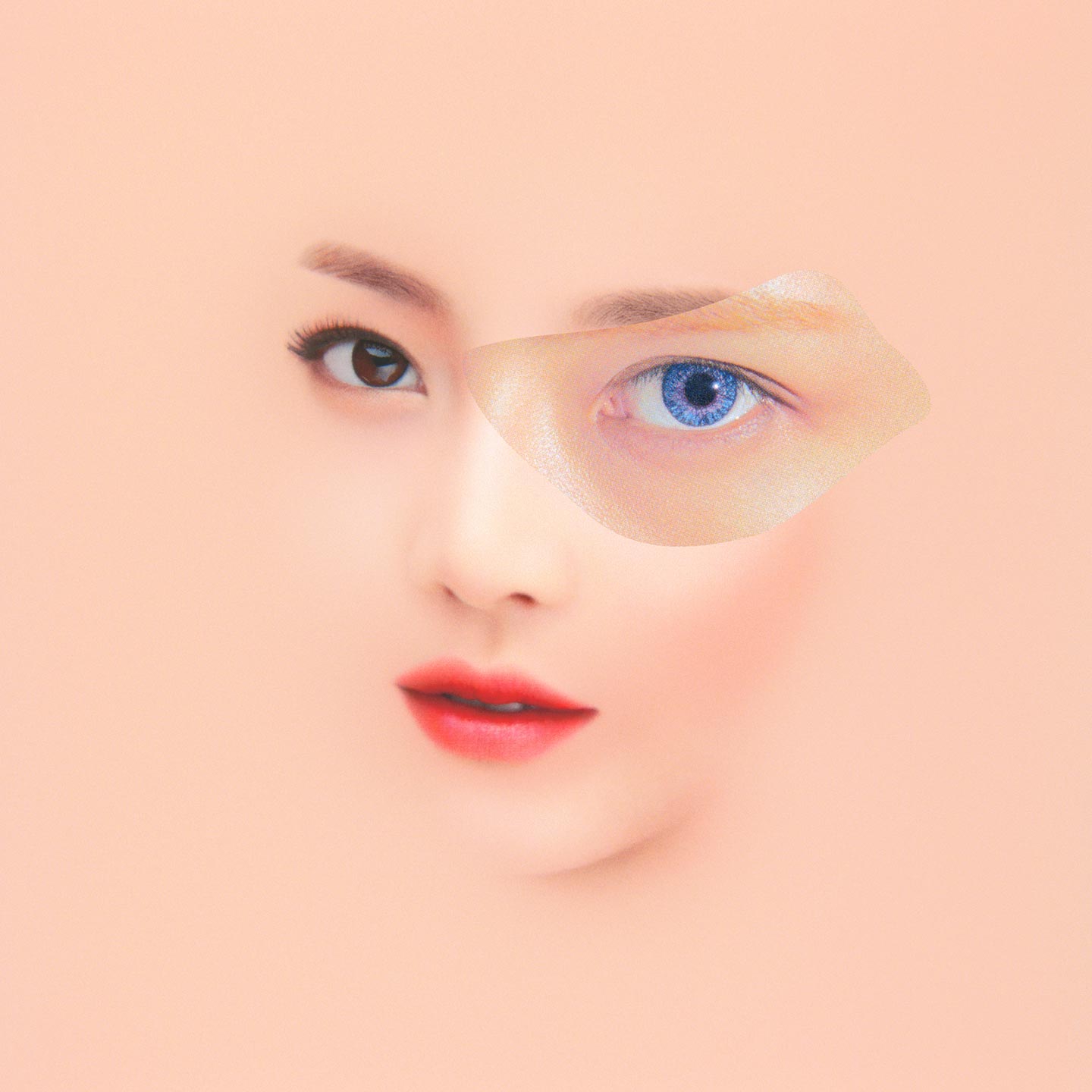 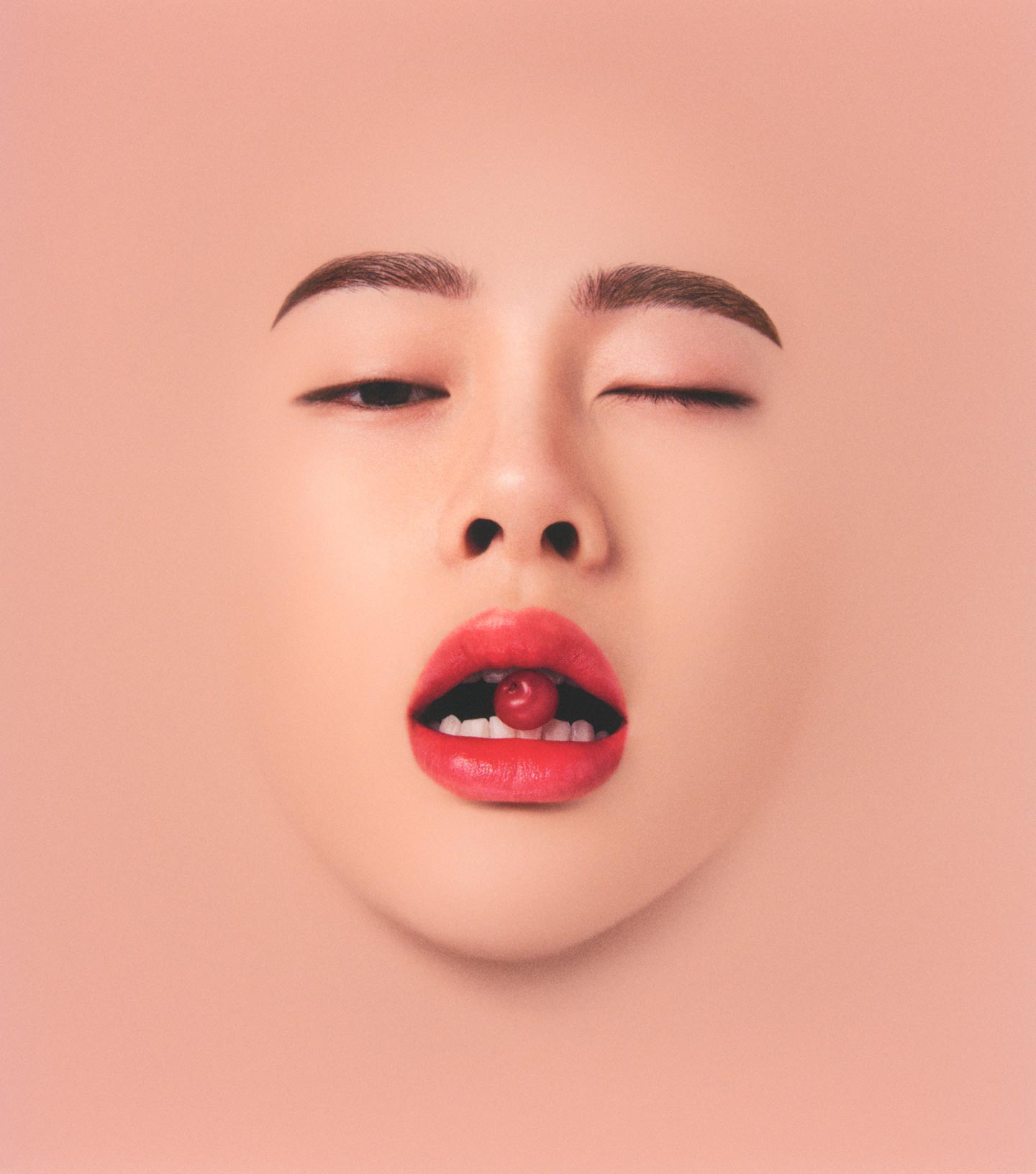 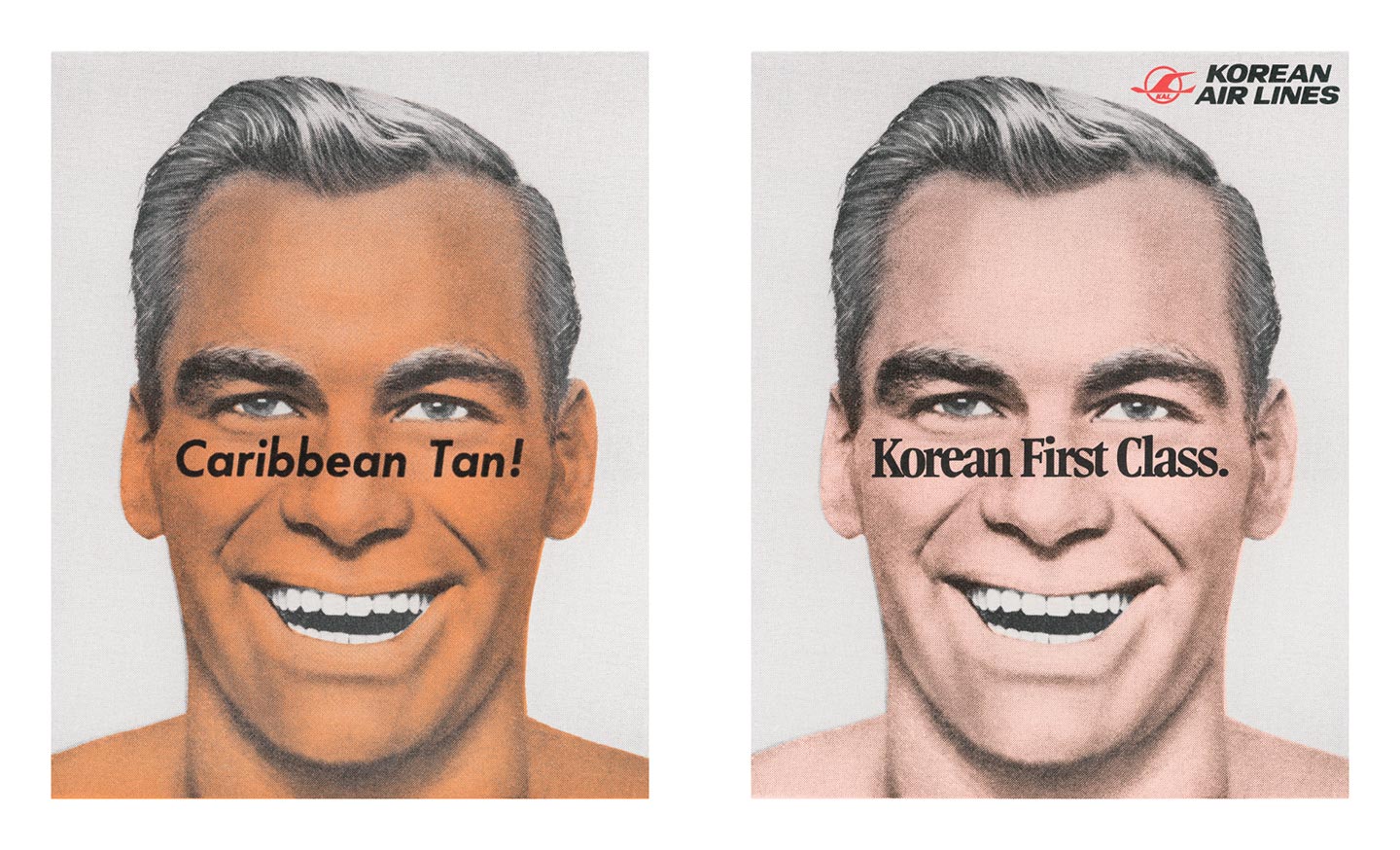 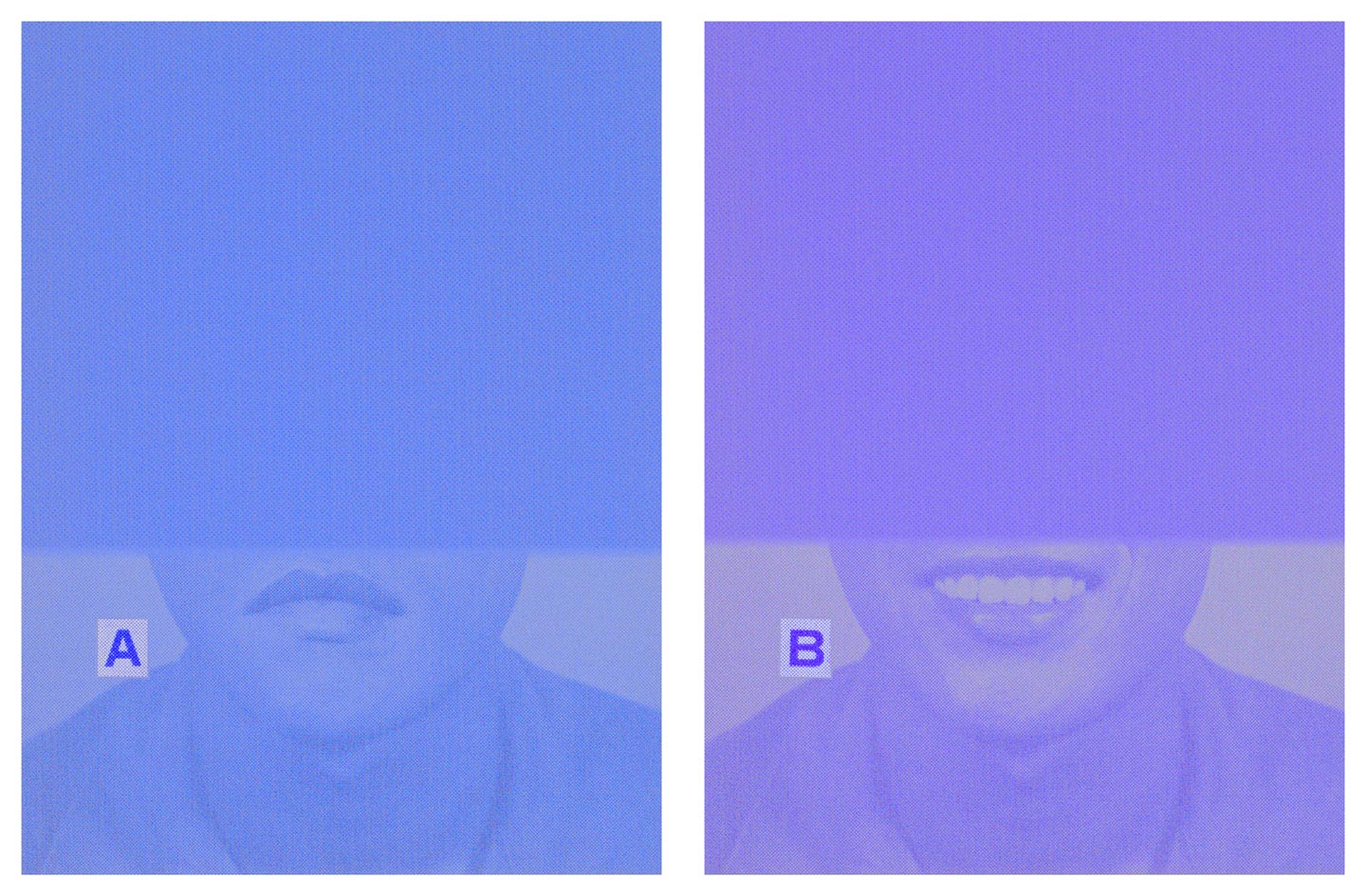 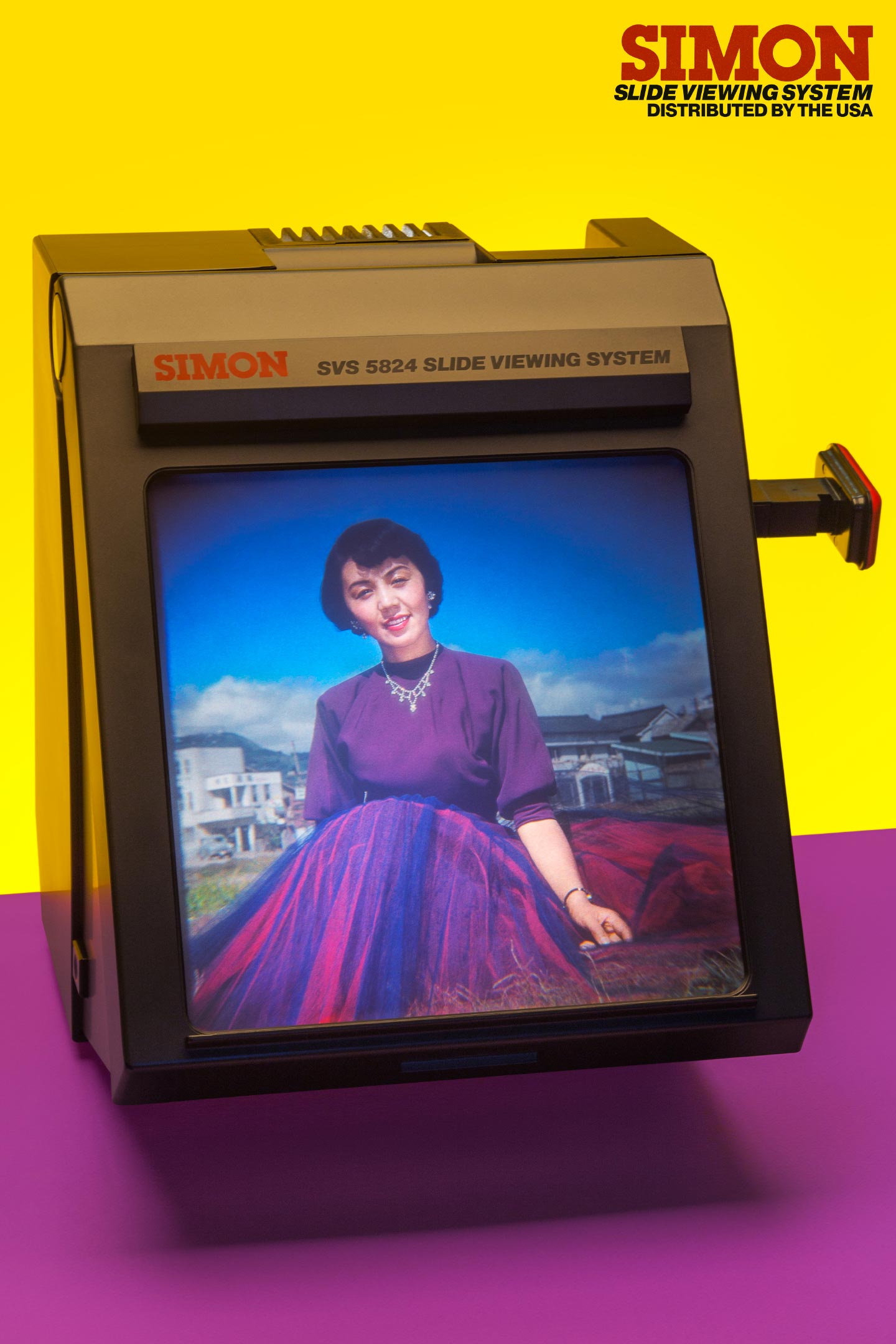 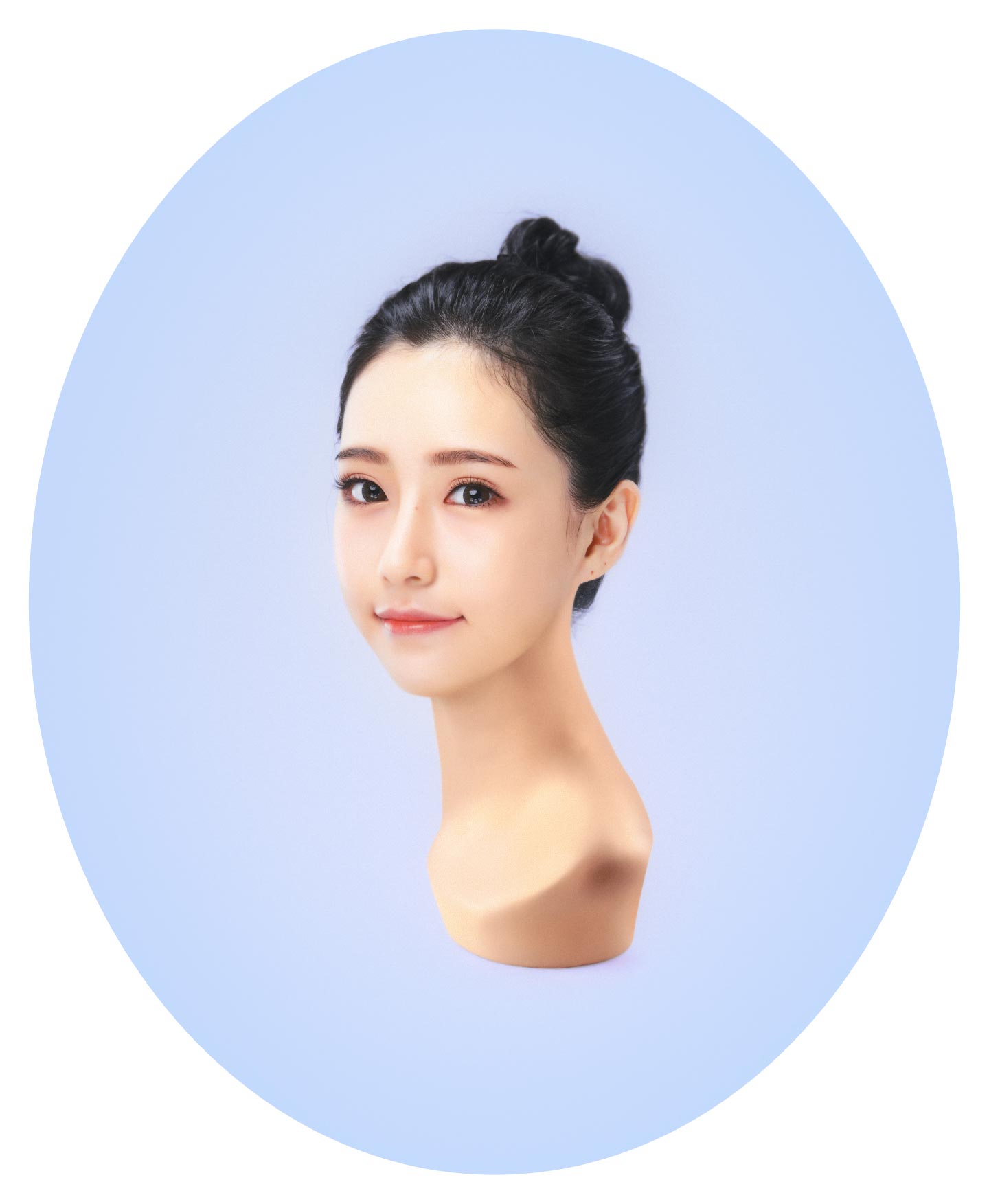 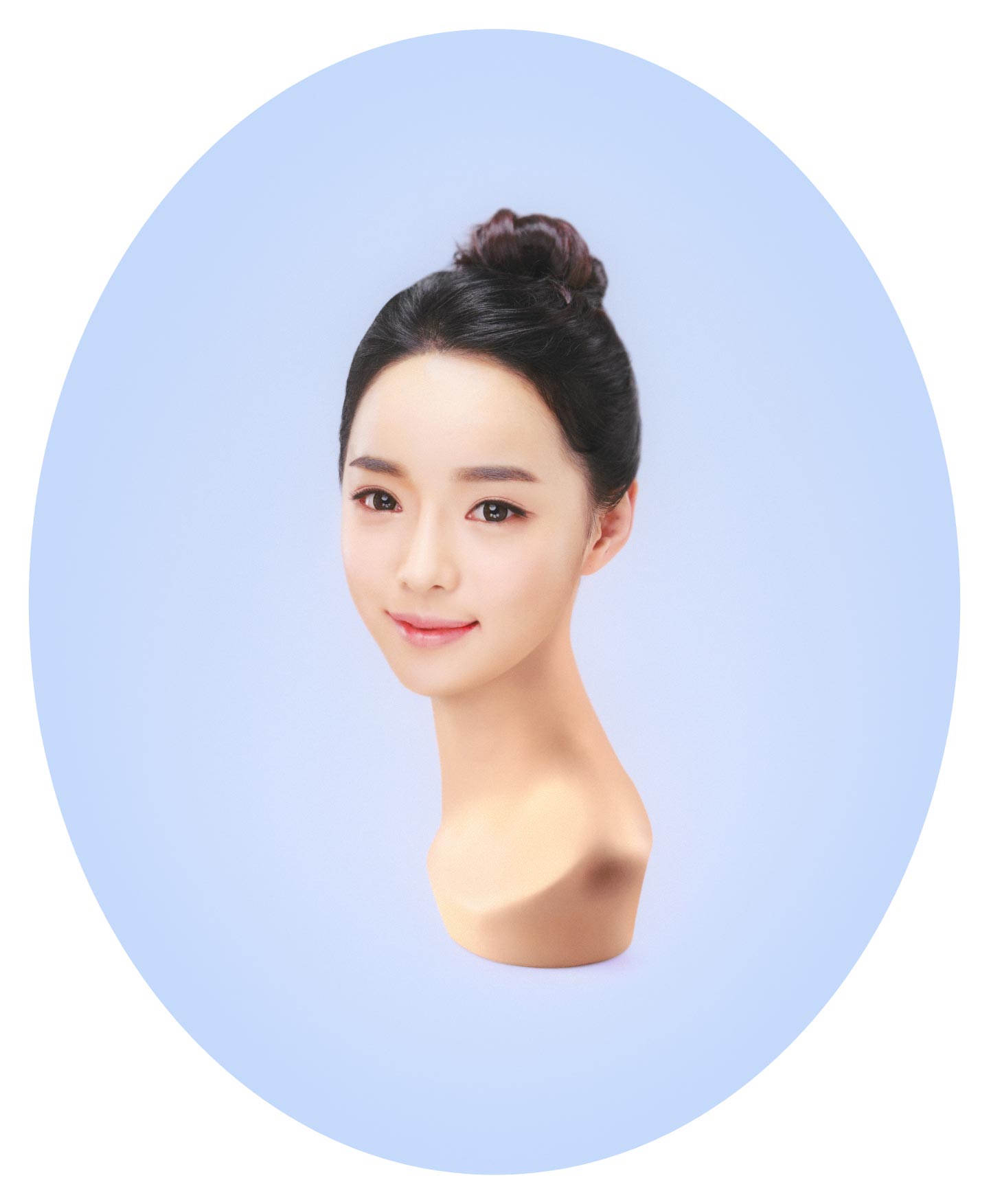 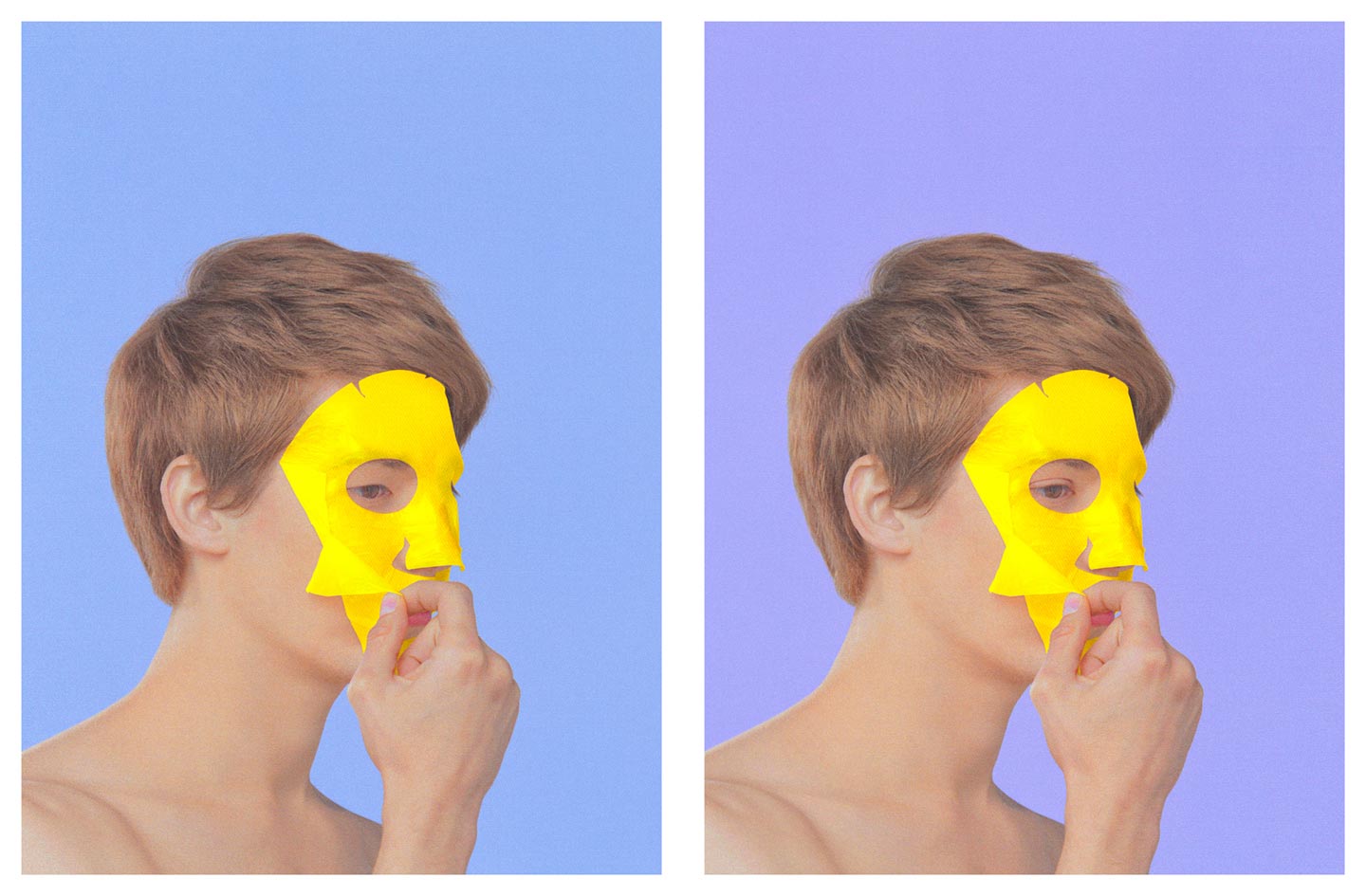 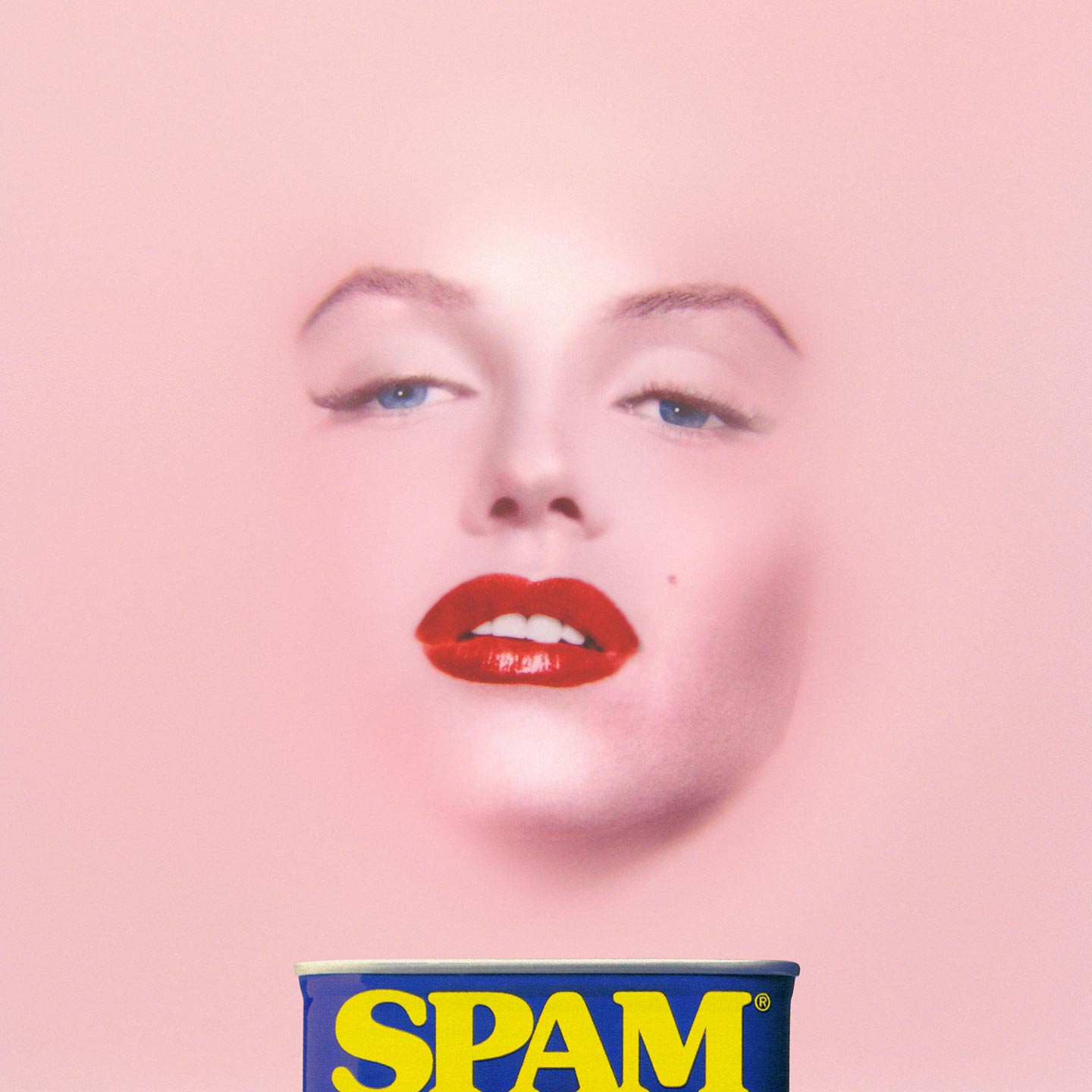 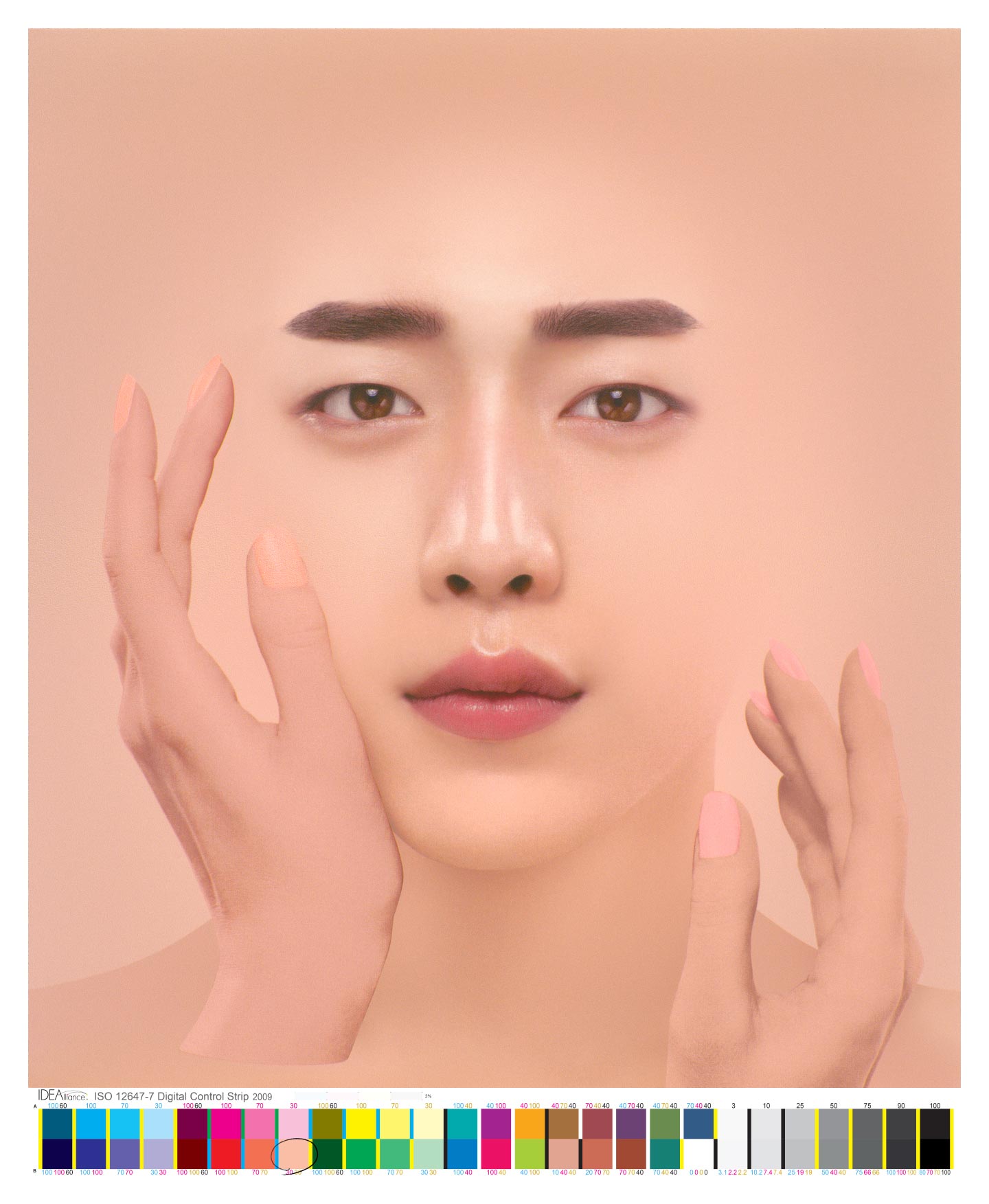 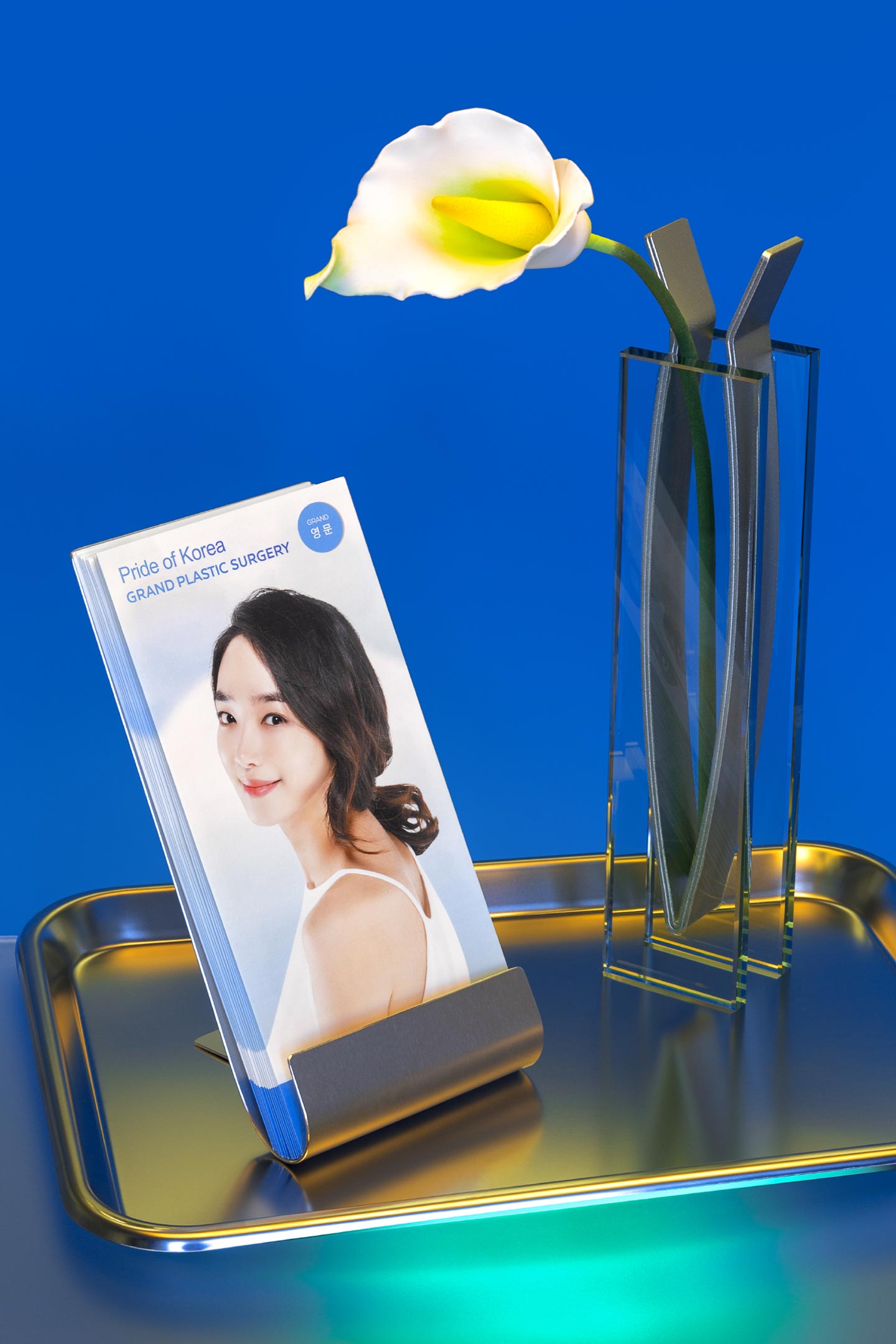 Live Your Dream is a series of images found in South Korean advertisements and mass media that 23 year-old South-Korean photographer Eui-Jip Hwang appropriated and recontextualized. “Live Your Dream questions and investigates South Korea’s changing idea of Korean identity with the rise of global attention to its popular culture. The project examines both the current state of South Korea and its past, when political intervention by the United States played a major role in reshaping the country after the war (1950-1953). Once the poorest developing country, Korea now has the highest cosmetic procedures per capita than any other countries, in addition to its unyielding multi-billion-dollar beauty industry. The country’s “makeover” also meant the redefinition of Korean lifestyle and their looks (appearance wise). The more the economy gets stronger, the more the society desires to reach the idealized notions of beauty—the Eurocentric beauty standards—as a symbol of wealth and class.”

Eui-Jip’s goal with Live Your Dream is to define the contemporary Korean identity: “I wanted to narrate the nation’s media representation and beautification of “Korean” as a commodity. The phenomenon of “Korean” beauty trends aren’t supposed to be contained within, but to be influential and spread further outside of South Korea—just like Hollywood’s America.”

While in the West plastic surgery is very common but still debated as sometimes being unnecessary or excessive, South Koreans actually regard it as an asset: “In South Korea, an individual’s investment in cosmetic procedures and products—regardless of gender—alludes, “I am self-improving.” It carries a respectable and a positive symbolic meaning, denoting one’s hard work and time-consuming input for a better career future. The change in the ideas of beauty has constructed how Koreans accept “plastic surgery” as a pride and a social necessity.”

According to Eui-Jip, the Western world, and the U.S. in particular, are largely responsible for the importance that beauty and looks have acquired in his home country:”South Korea’s obsession of identity transformation is a byproduct of Western influence. During the 1950s, after the Korean War, American plastic surgeon Dr. Ralph Millard offered Koreans the ability to appear less like one’s race to assimilate Western culture. Such Cold War aid, idealization of the superior way of American life, was what created a snowballing effect for the country to become the today’s “plastic surgery capital of the world.” The dominant culture influences the standards of the less powerful. The project addresses desire and power.”

The main influences on Eui-Jip’s photography were the Pictures Generation artists, and his favorite contemporary photographers are Penelope Umbrico, Sarah Charlesworth and Taryn Simon. The last photobook he bought was Sweet Violence by Sanja Iveković.

His #threewordsforphotography are:
Past. Present. Future.