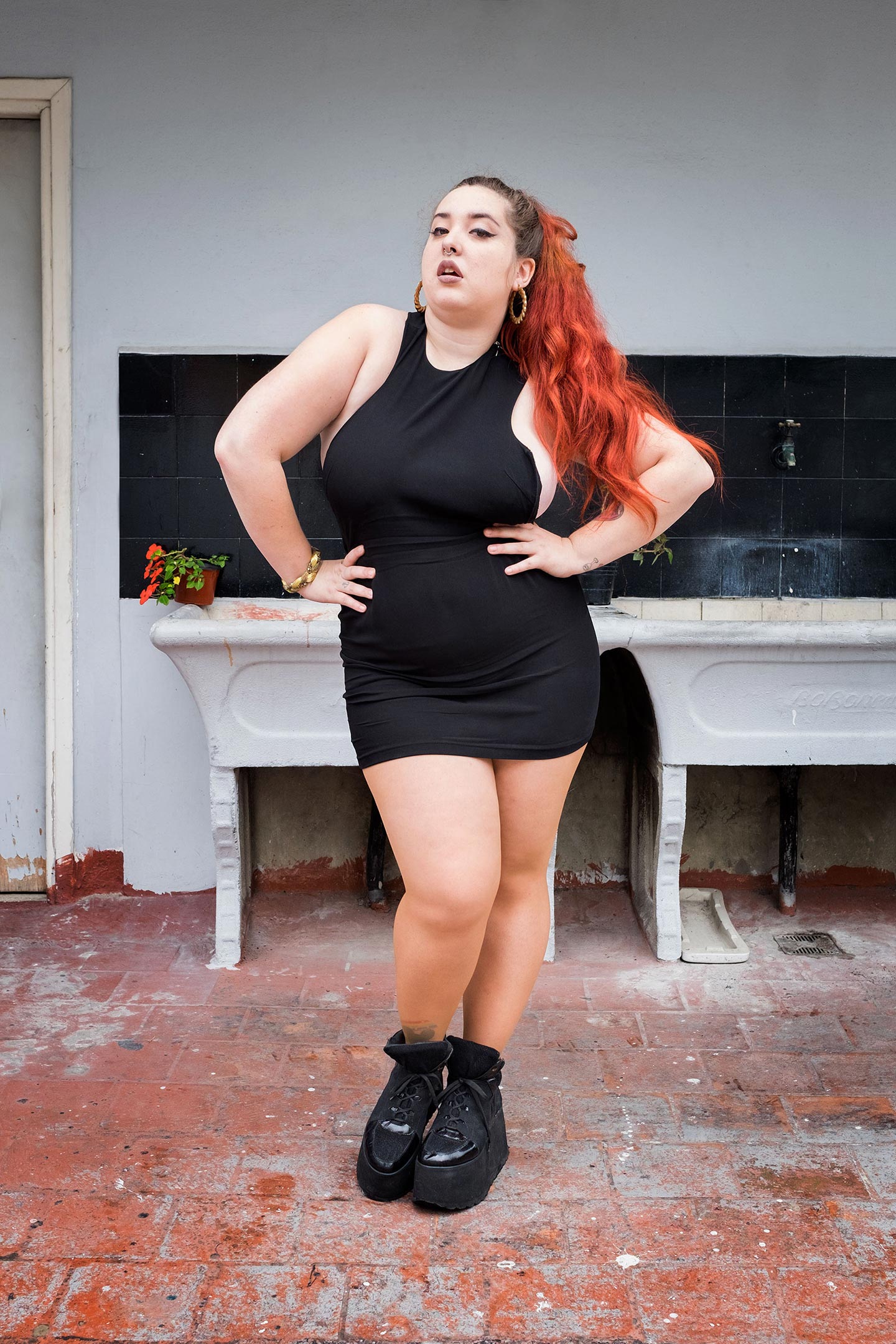 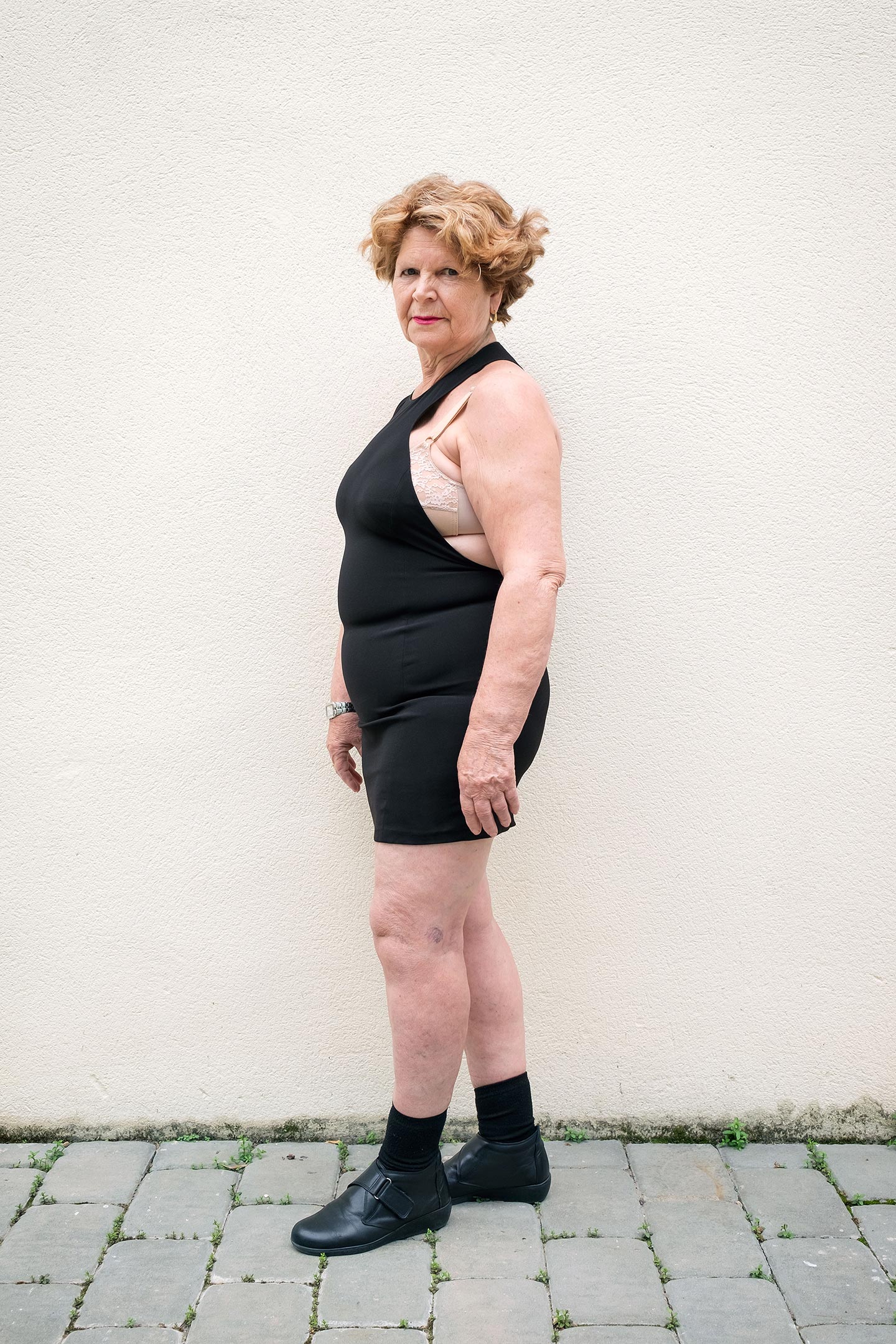 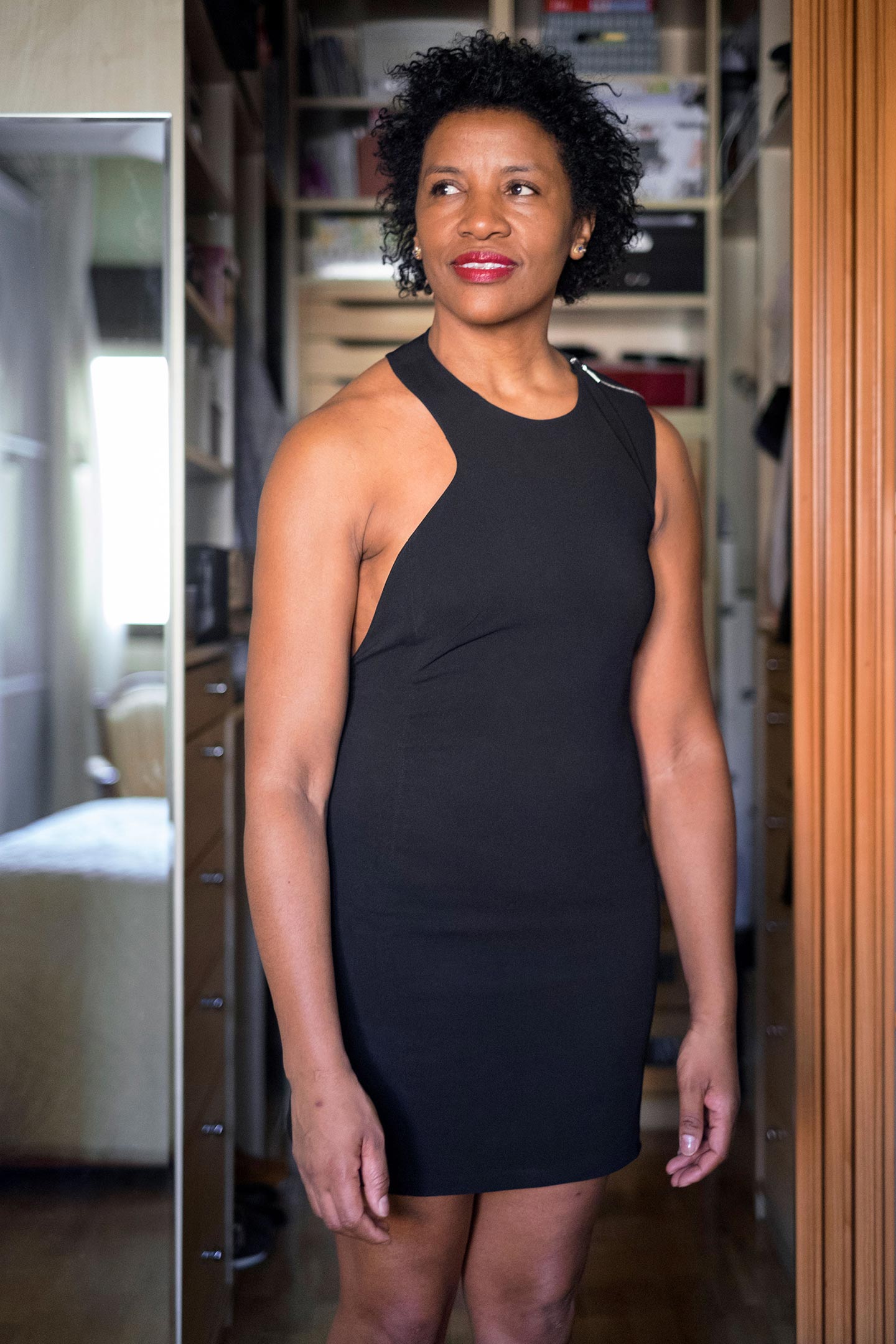 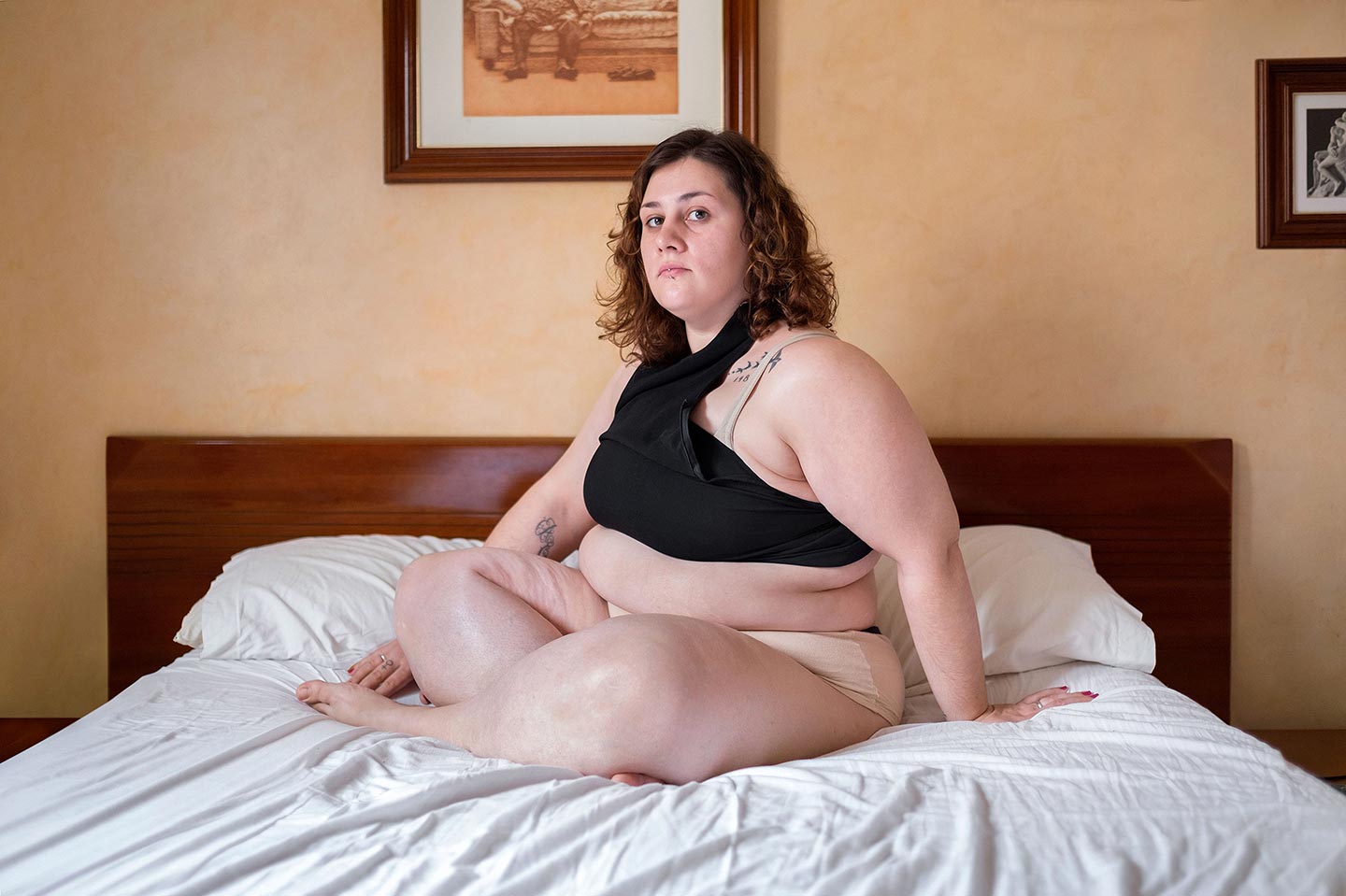 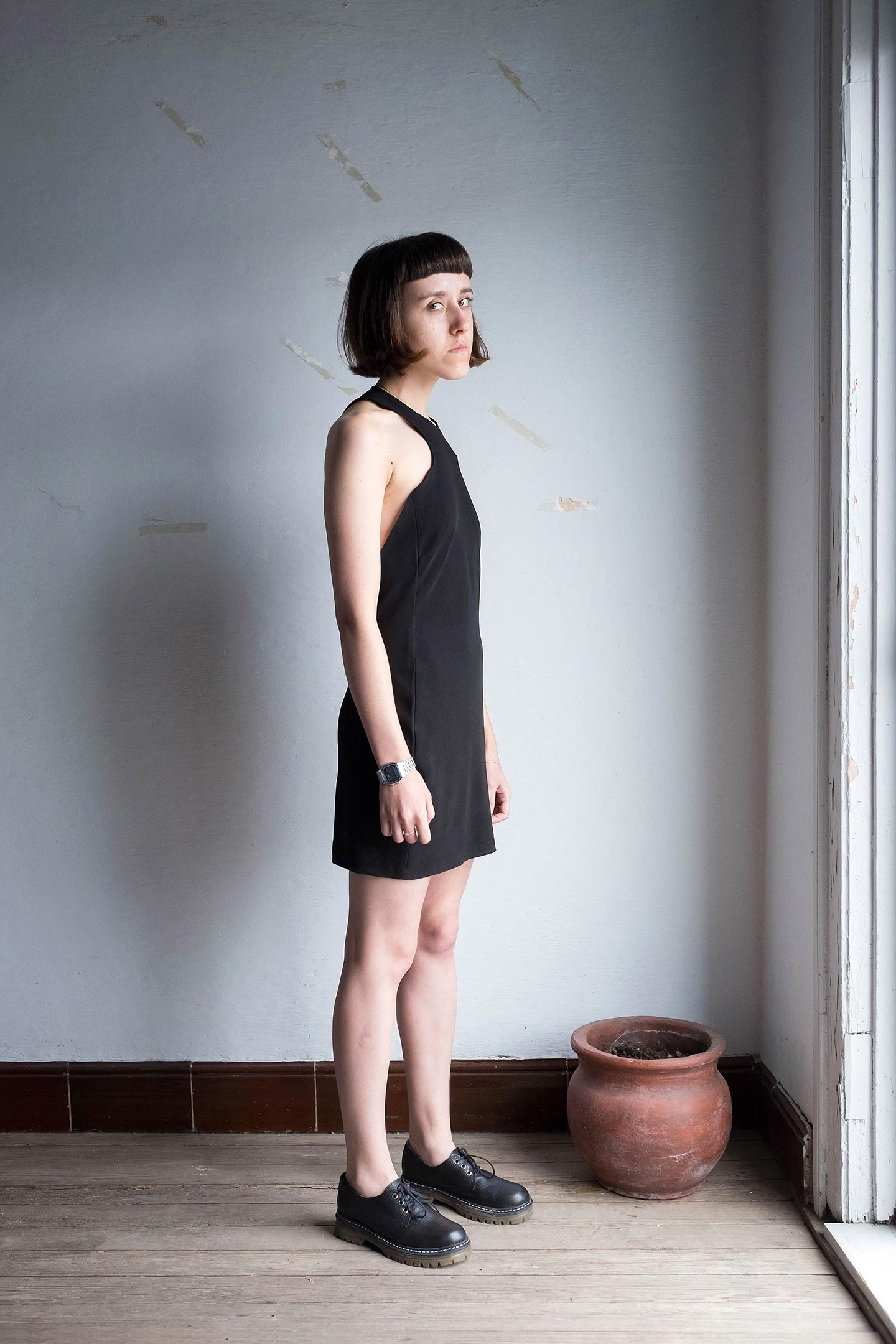 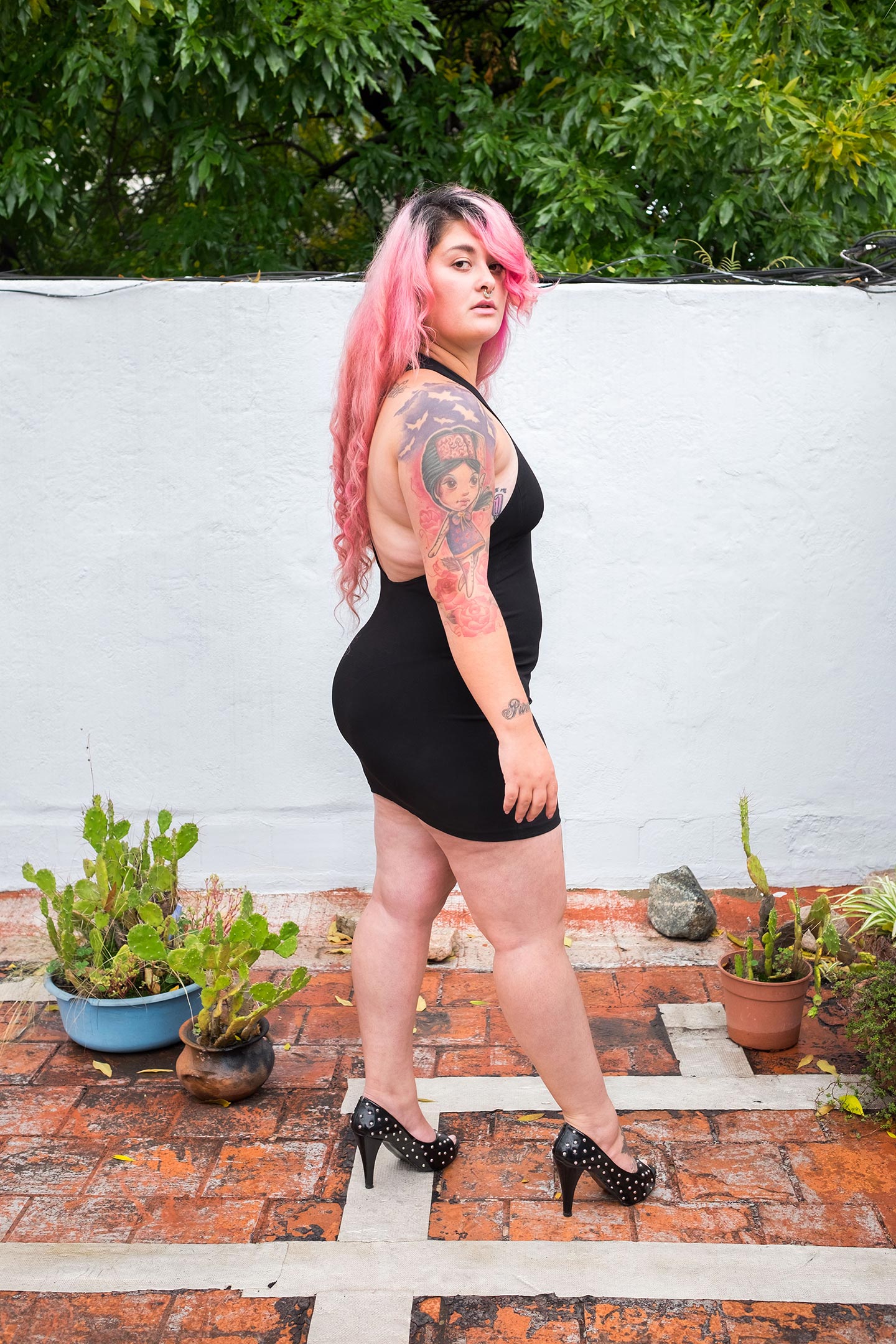 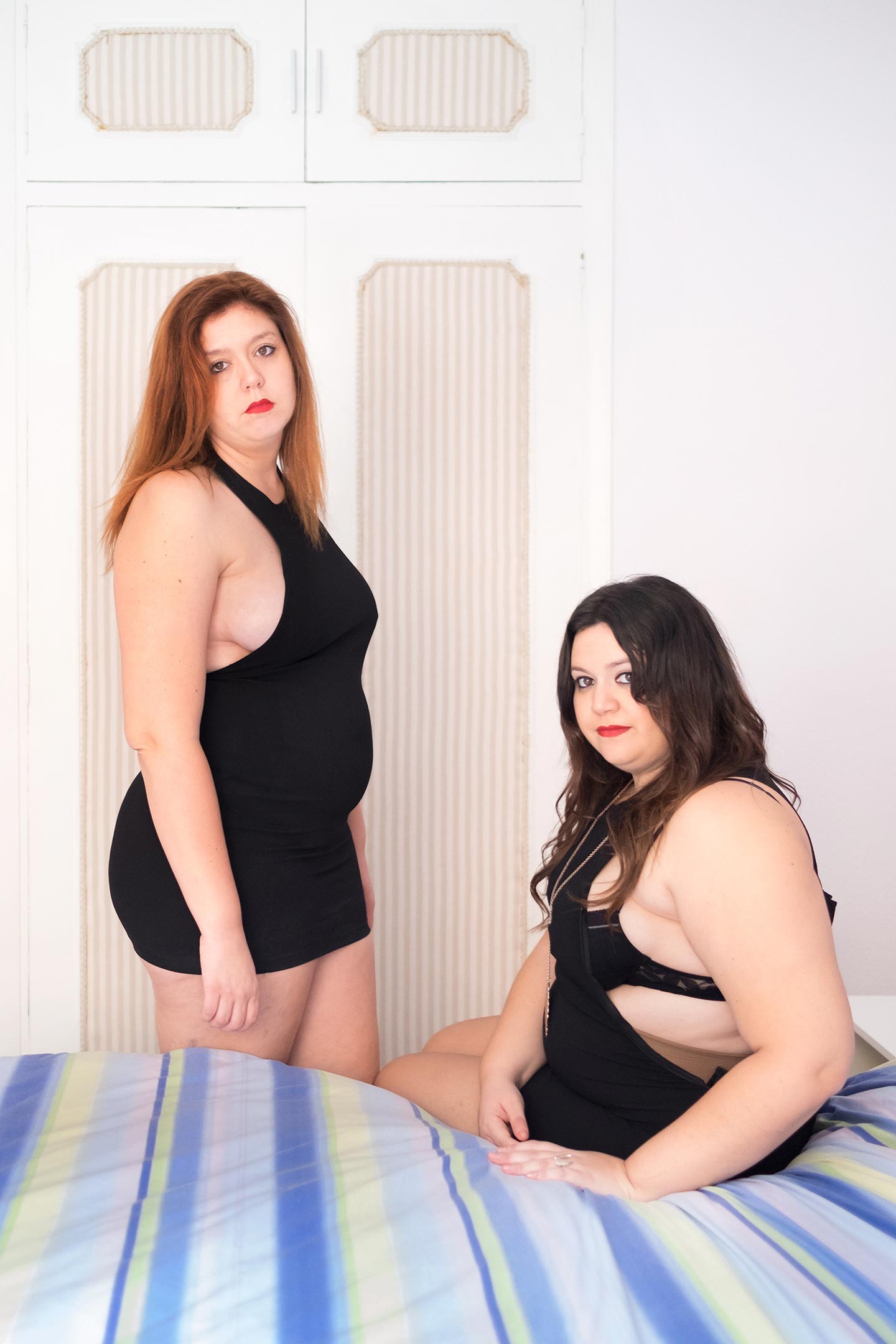 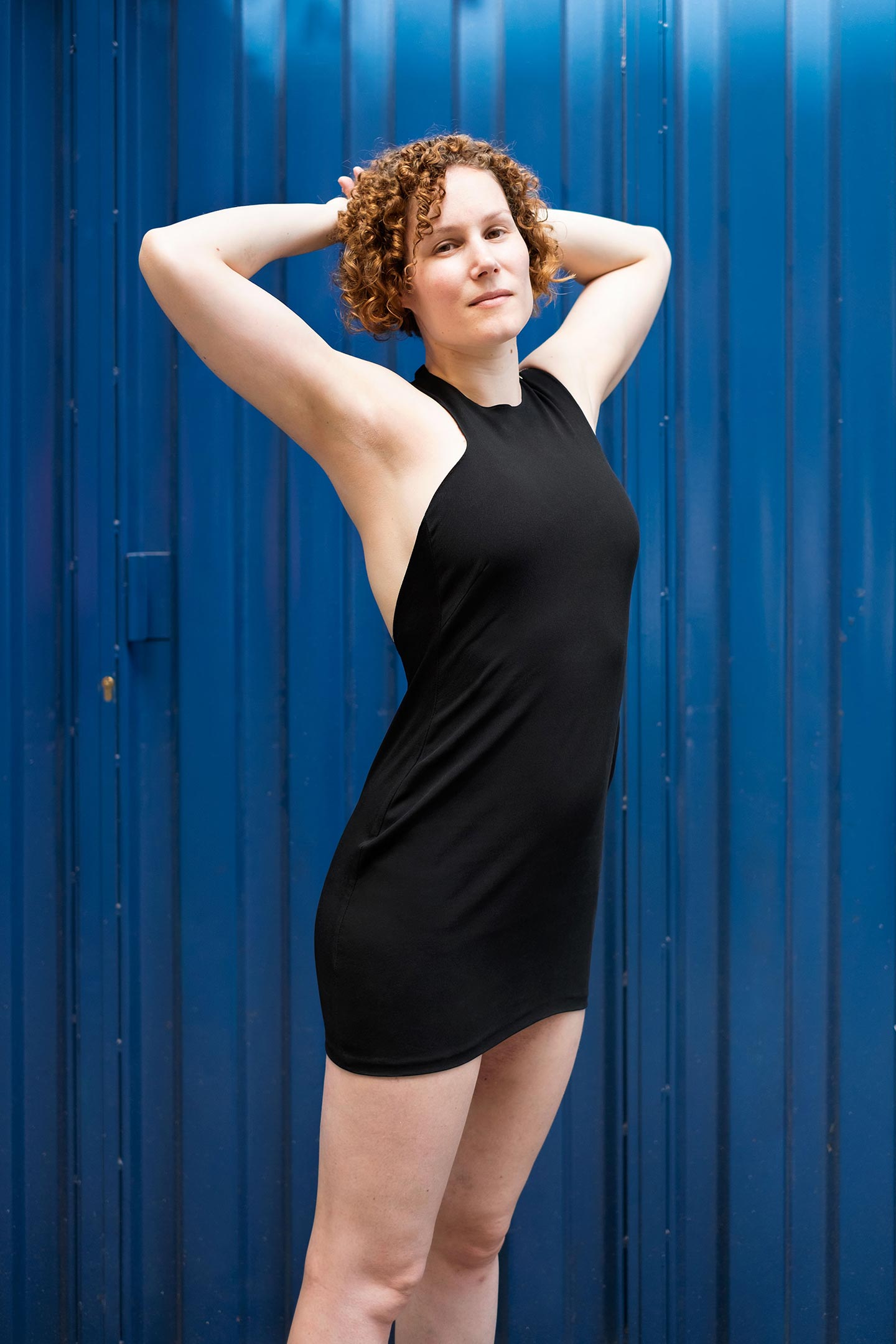 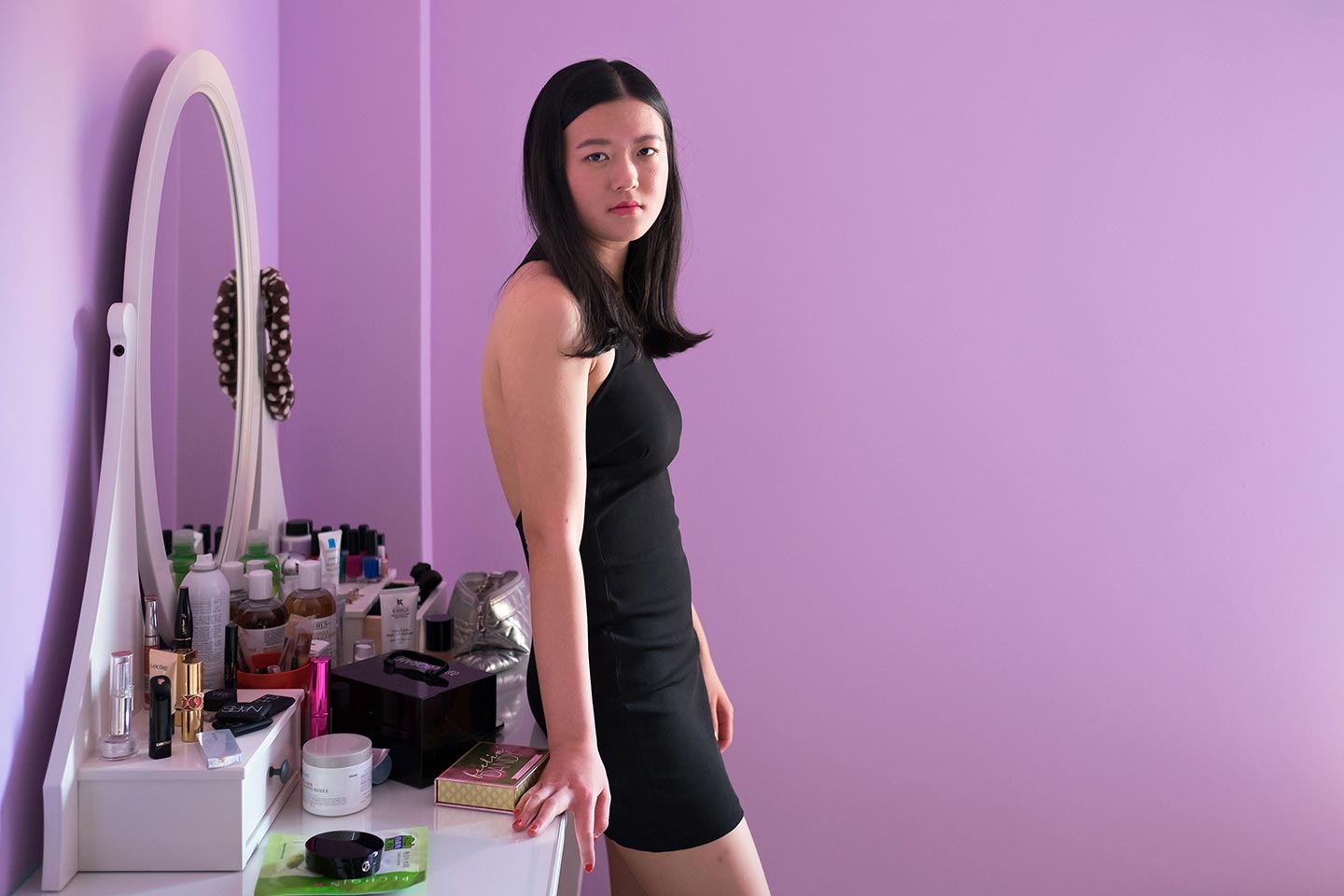 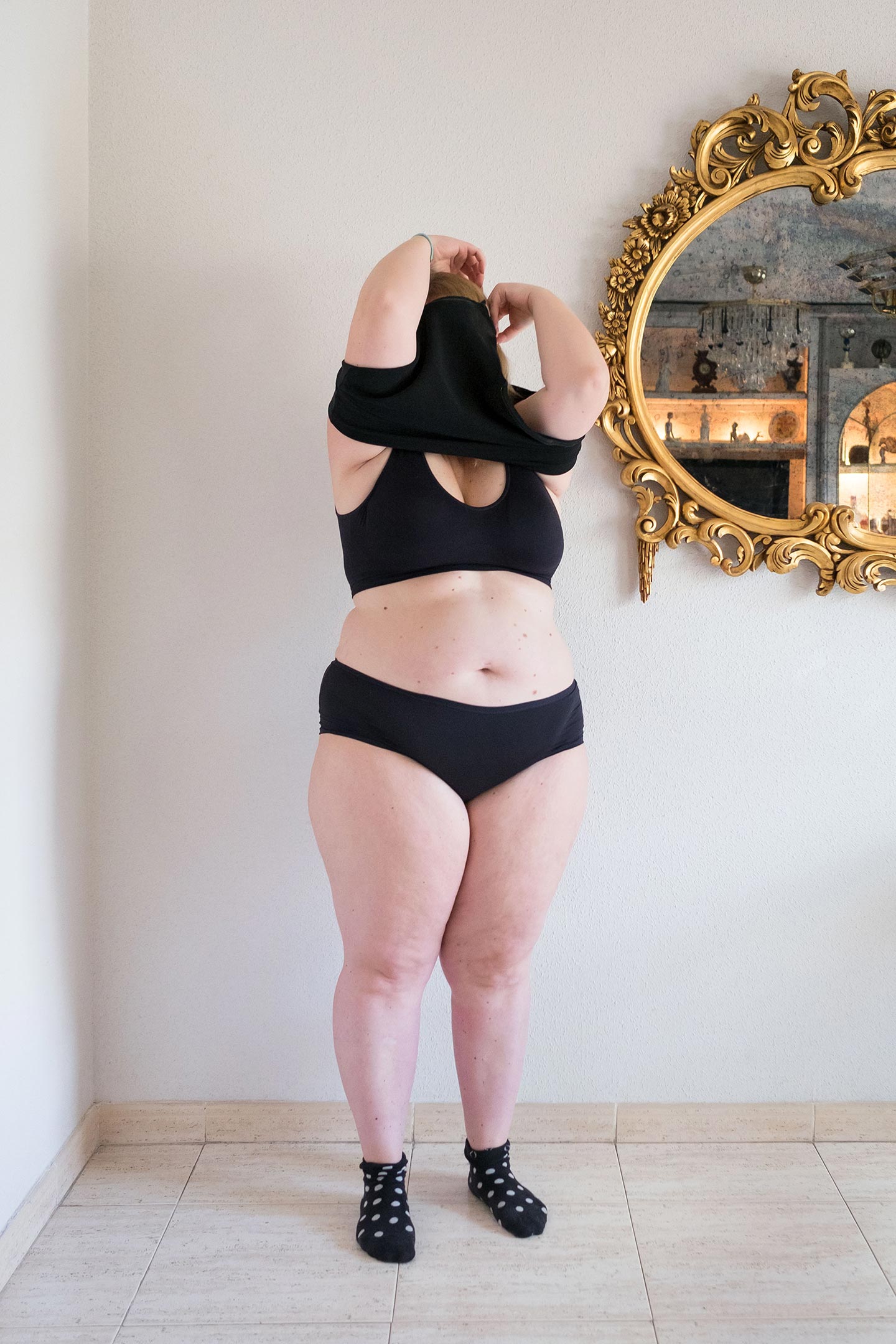 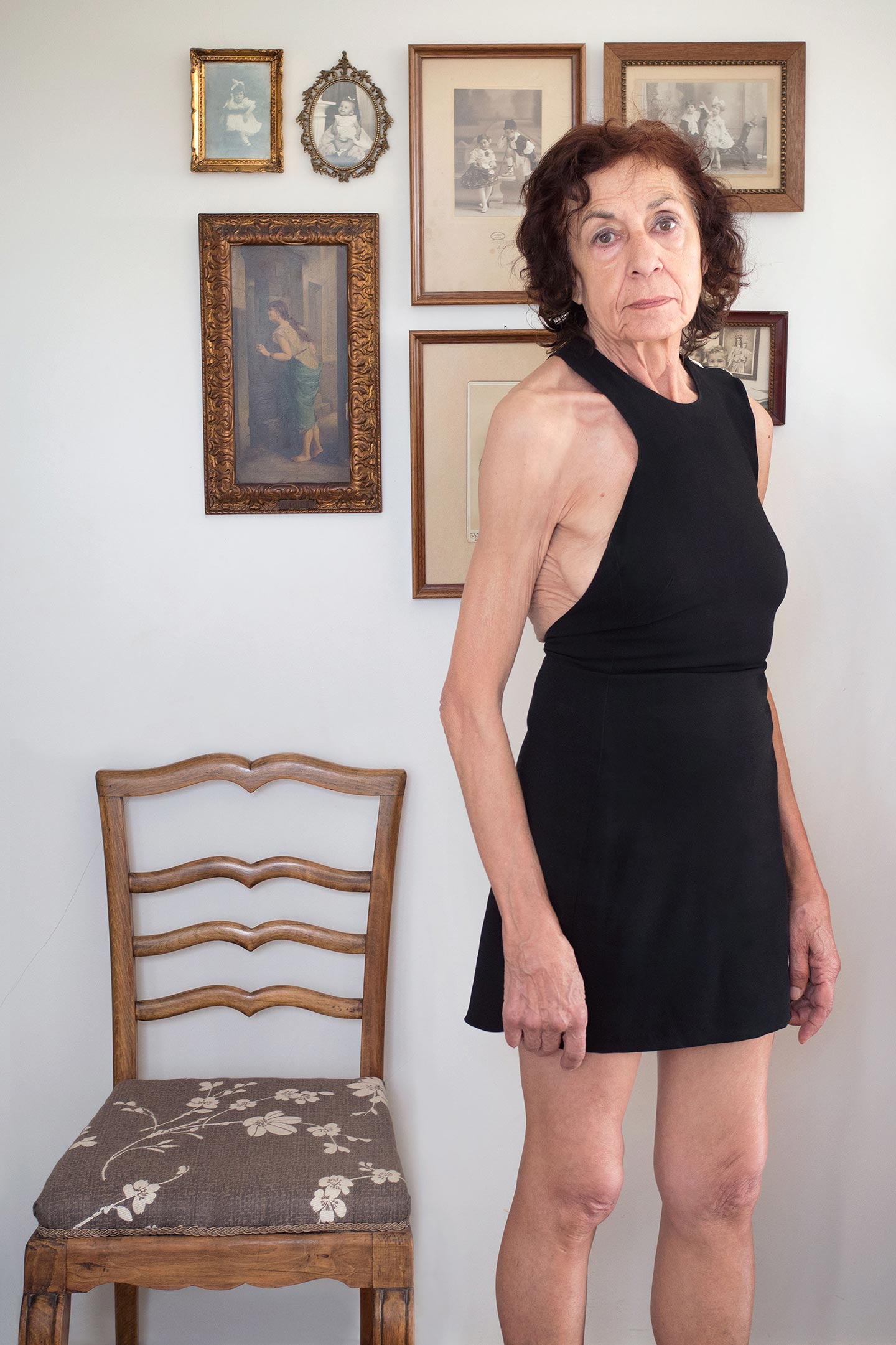 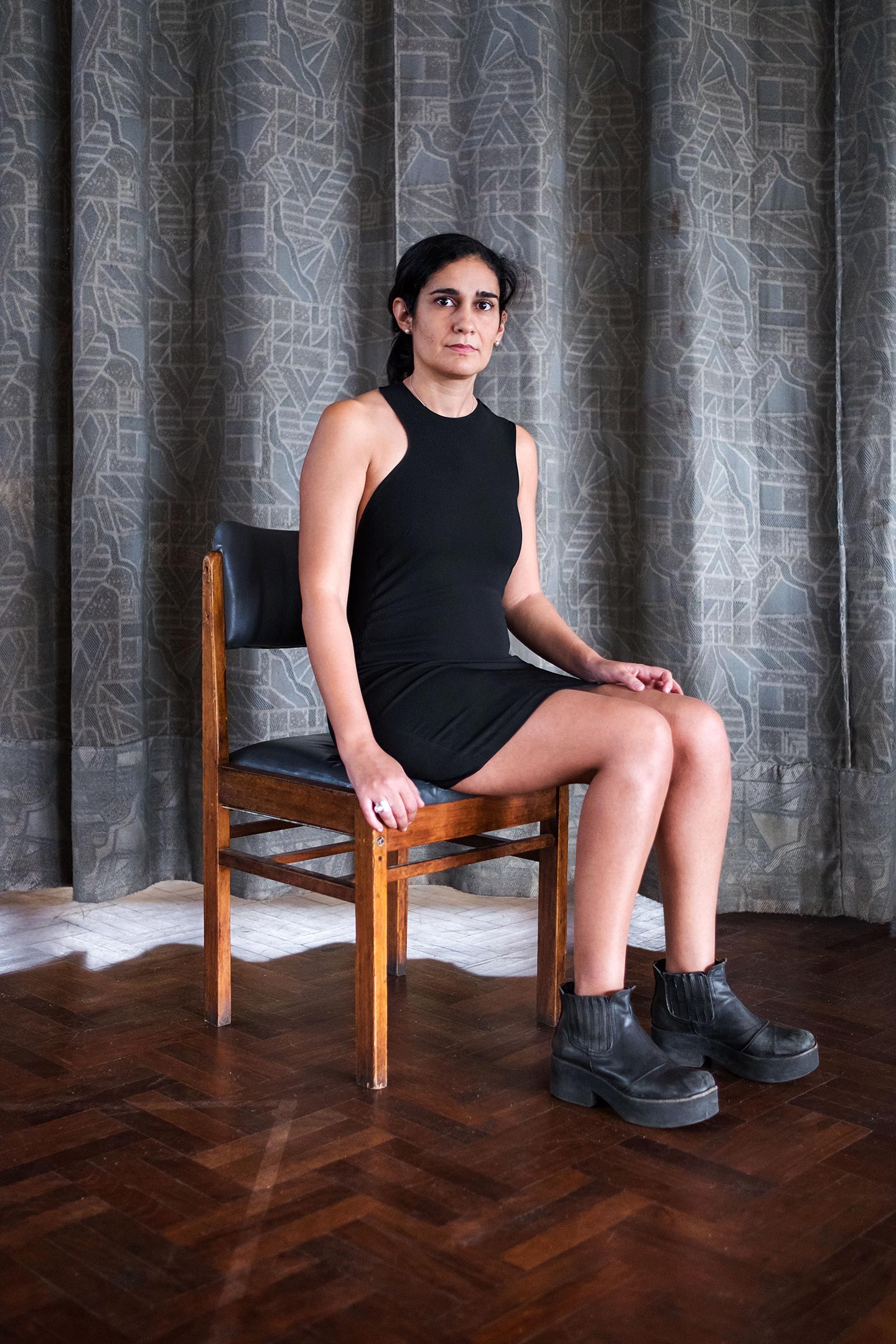 The images of photographers like Richard Avedon or Helmut Newton demonstrate that a fashion photograph can be a work of art; but it can hardly be denied that fashion photography lacks diversity in terms of what type of women it represents. In her series of staged portraits Little Black Dress, 40 year-old Spanish photographer Yolanda Domínguez invited women of different ages, body sizes and skin complexions to wear a tiny black dress to demonstrate that most “real” women are quite different from catwalk models—and that’s okay.

Hello Yolanda, thank you for this interview. What are your main interests as a photographer?

I am interested in the message within the images and how these messages influence people. I am not so interested in the aesthetics but the role images play in society and their functioning as elements of power and as tools for changing the world.

Little Black Dress is a photographic series in which women of different sizes, ages and skin colors pose with a black dress of the same size: the European 38. For some of them the dress is too small, for some is too large, and some of them can’t even fit in it; but they all pose proud of their bodies. The aim is to show diversity and at the same time challenging stereotypes.

What inspired Little Black Dress? How did you get the idea for this project?

The female stereotype in the media comes from the representation of women in the world of fashion. When prêt-à-porter collections first appeared, the clothes were presented on a single type of woman: thin, young and white. That model extended to the mass media and all other body types were totally eliminated from our imagery; all kinds of details characteristic of a natural body—stretch marks, cellulite, body hair, spots, etc.—disappeared along with them. At the end of the day, what is not represented does not exist and is considered something abnormal.

Can you talk a bit about making the portraits? How did you want to represent your subjects?

All the women who have participated are volunteers that wanted to express their dissatisfaction with the current mainstream female representation, because they do not feel included. I launched a call on my social networks and got in touch with many different women. Normally I have an appointment with them at home or in a place where they feel comfortable, and the light is always natural light. Poses are also very important: they are never shrunken or laying on the ground but rather they normally stand strong, raised and proud of their bodies.

Did you have any specific references or sources of inspiration in mind while working on Little Black Dress?

I have taken into account the fashion pictures I did not want to do, which generally portray women lying on the ground, cramped, sick, crazy or dead. For some time fashion photographers have tended to associate the female figure with poses of submission and weakness. I have taken these pictures into account with the intention of doing something totally different. In my photos women are always upright, strong and confident of themselves.

How do you hope viewers react to Little Black Dress, ideally?

I would like these portraits to make them feel accepted and make them see they’re not alone; say to them that there is nothing wrong with their bodies—what is distorted is the female stereotype, not the other way around. I would like this exhibition to make them feel good about their own bodies and also help them accept the bodies of others, however different.

I don’t necessarily look at photography as a source of inspiration but rather contemporary art, on a broader approach. I like collaborative projects and artists who tend to work with people, of the likes of JR, Augusto Boal, Martha Rosler, etc. I also feel close to the postulates of relational aesthetics made popular by Nicholas Bourriaud, among others.