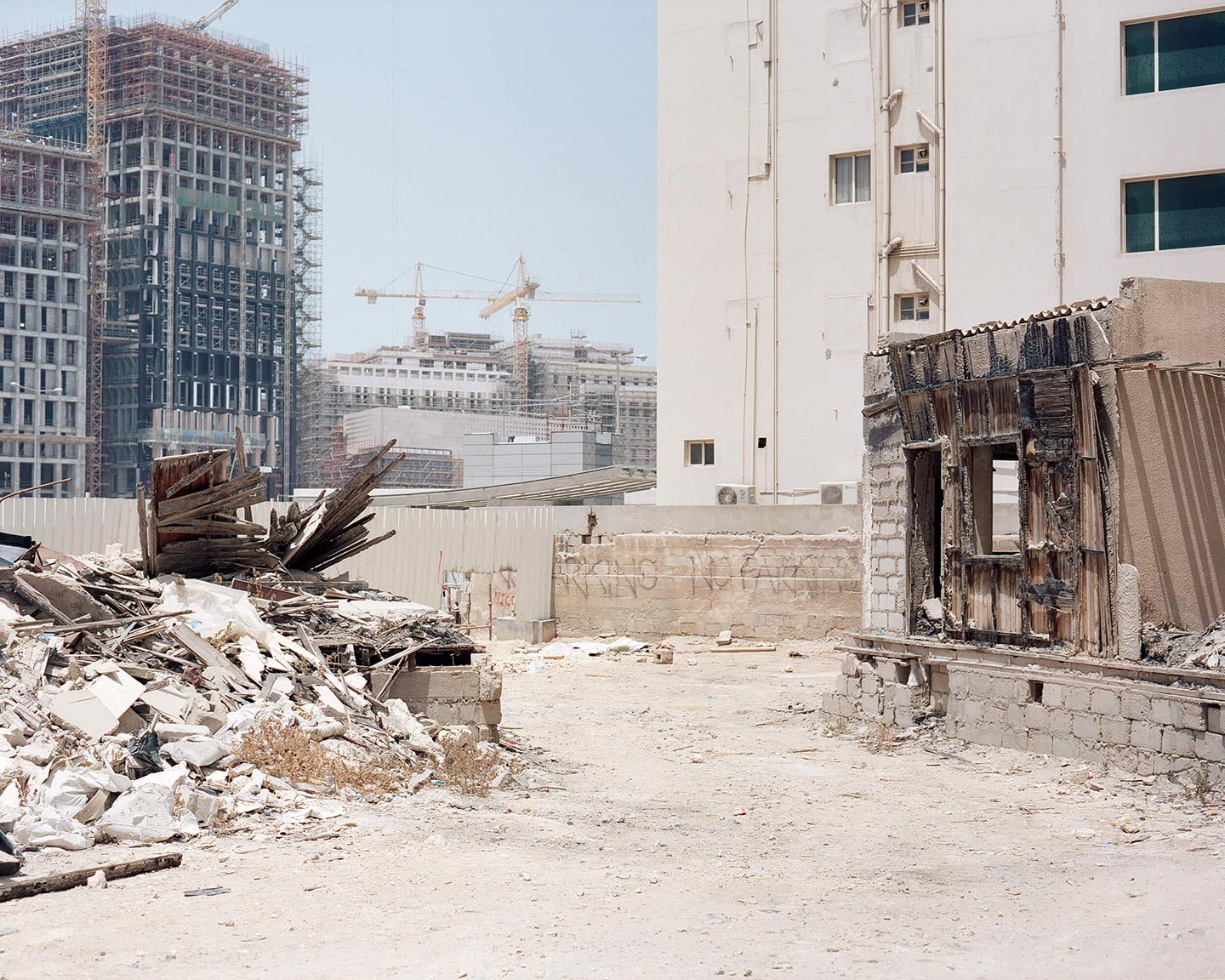 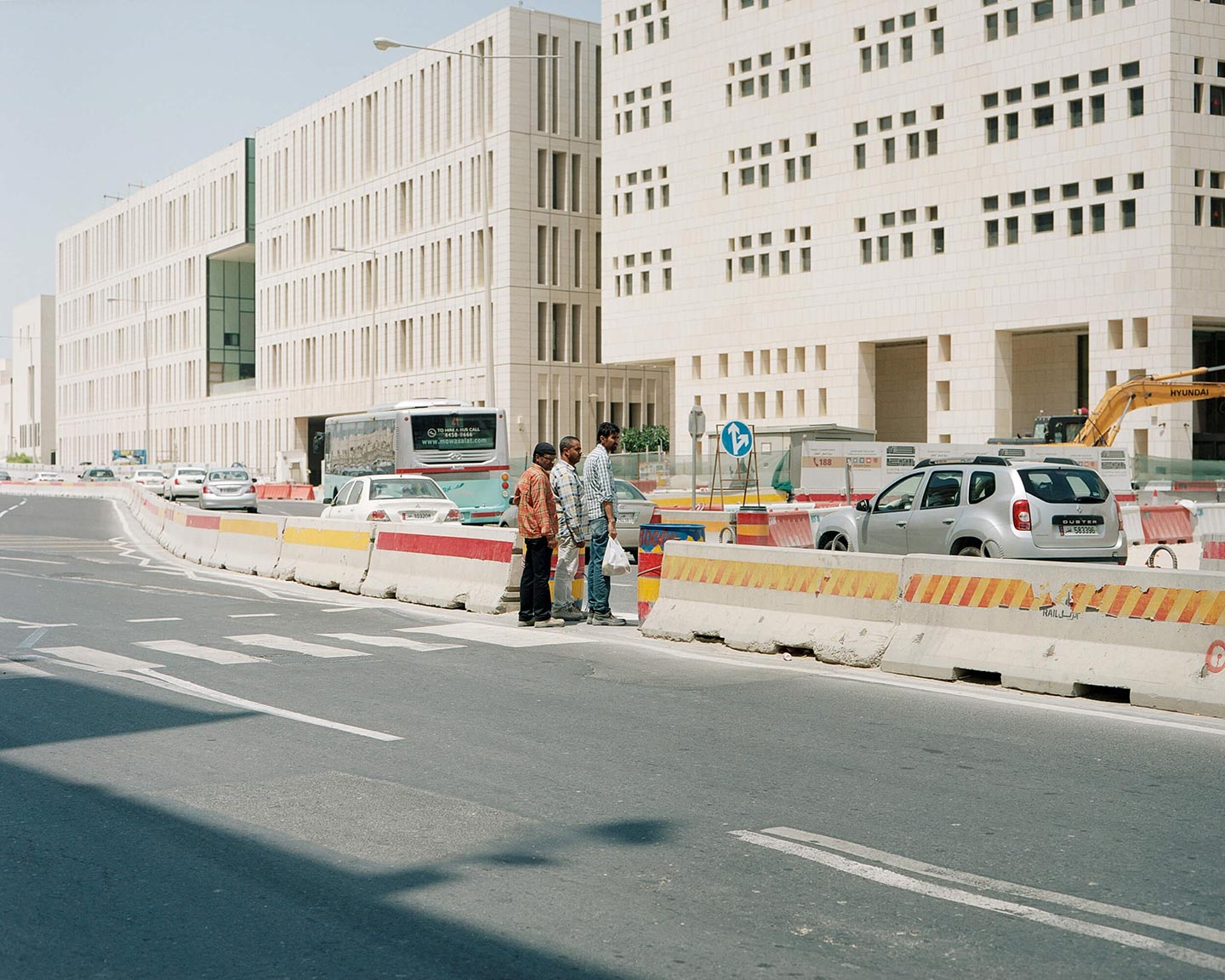 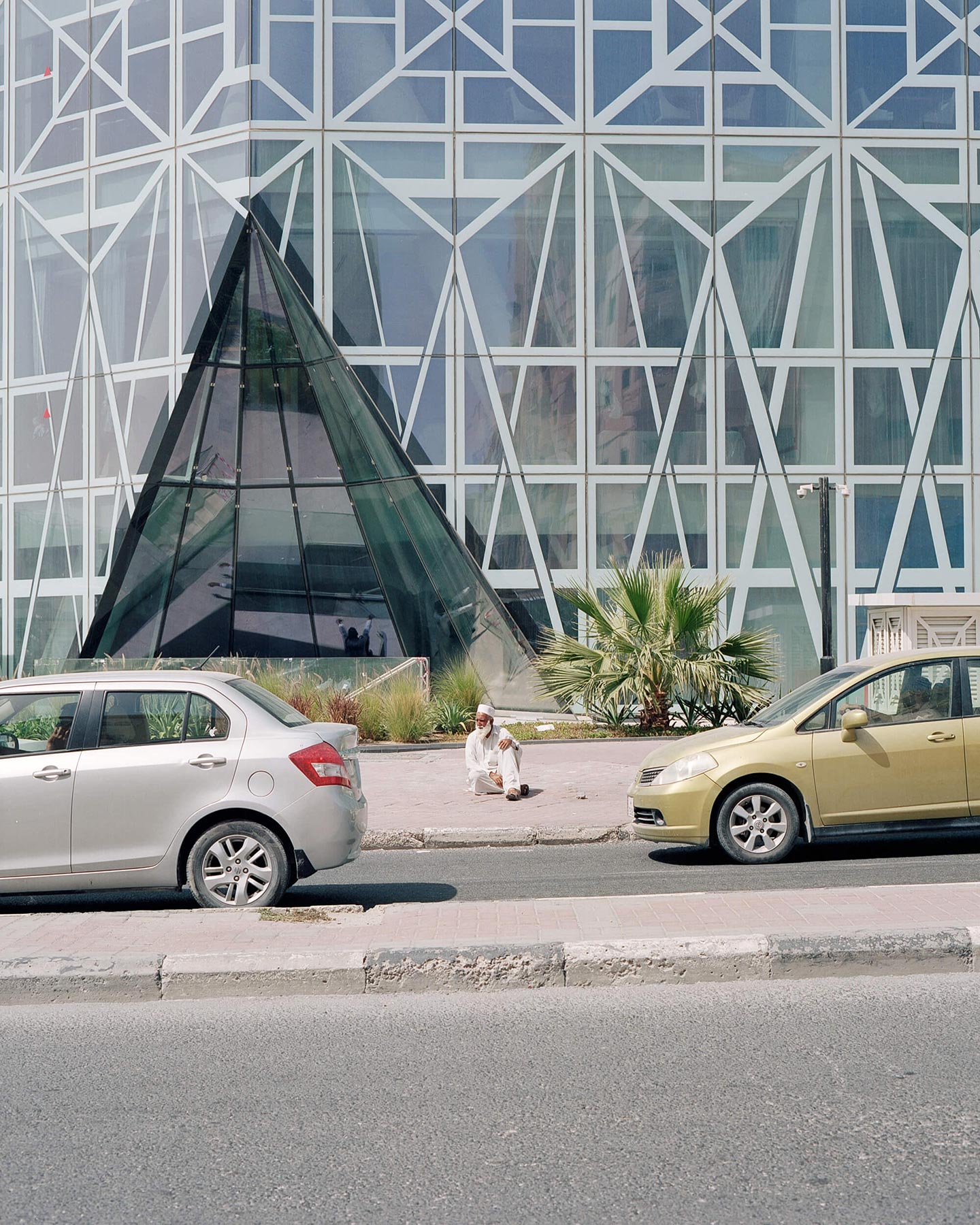 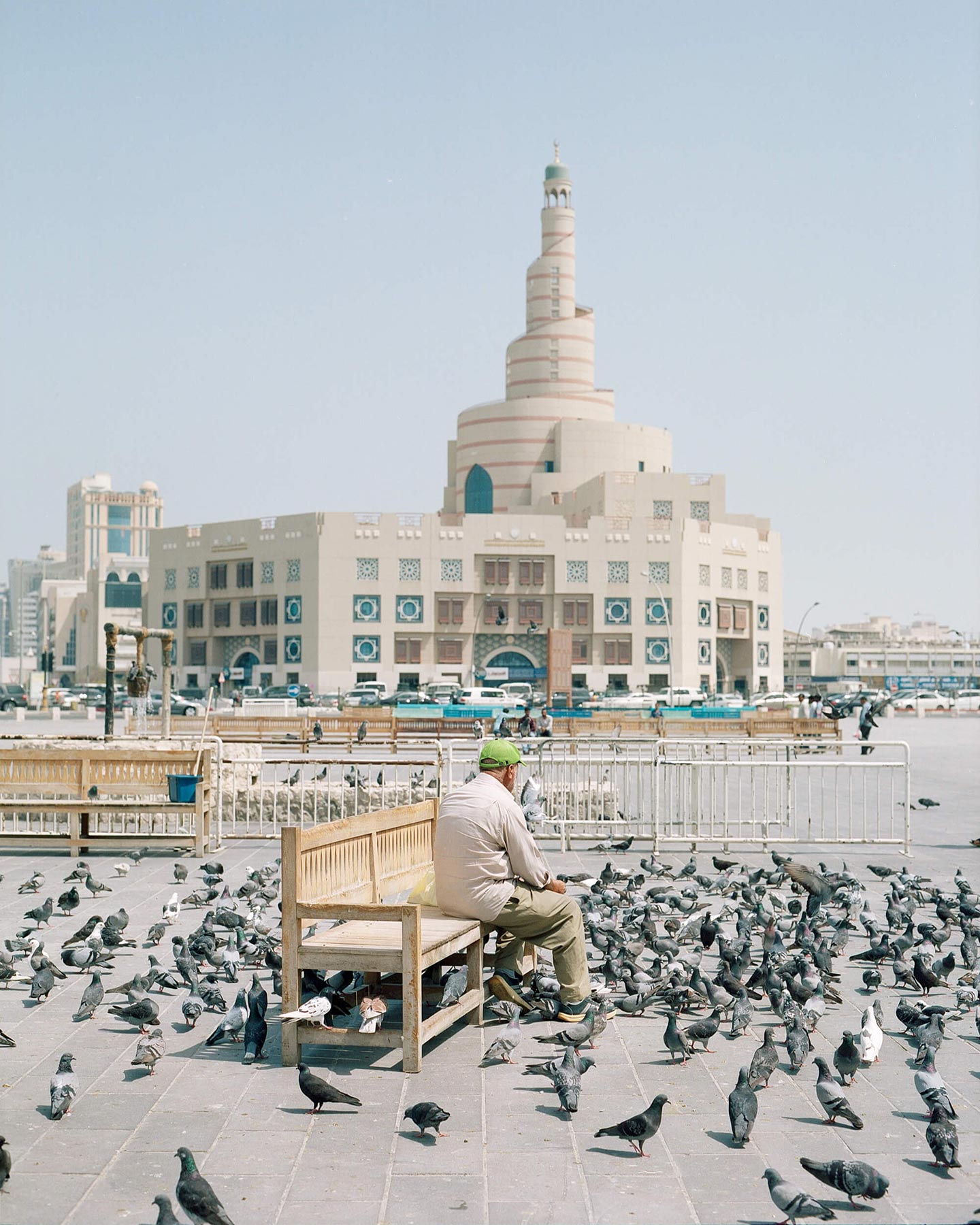 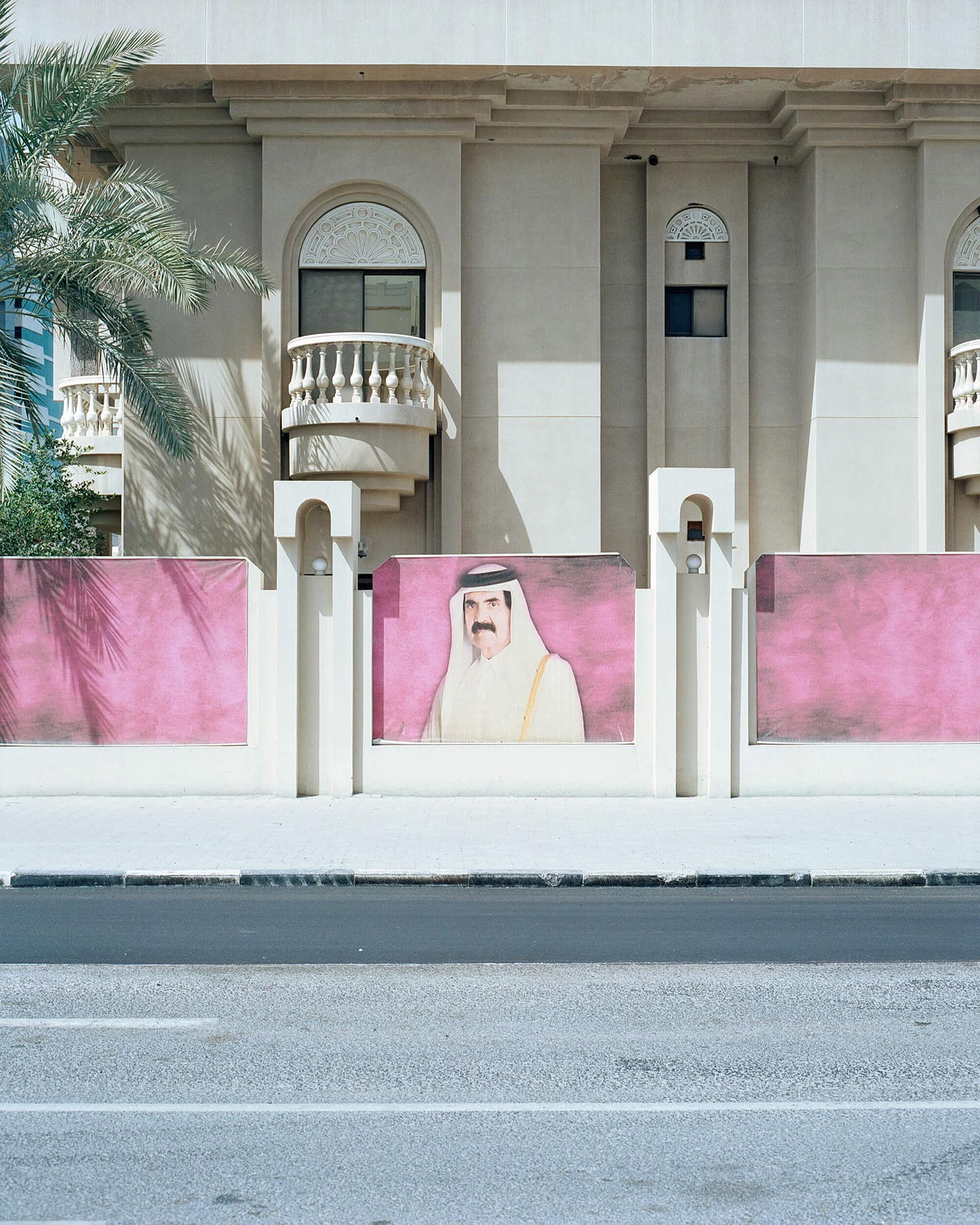 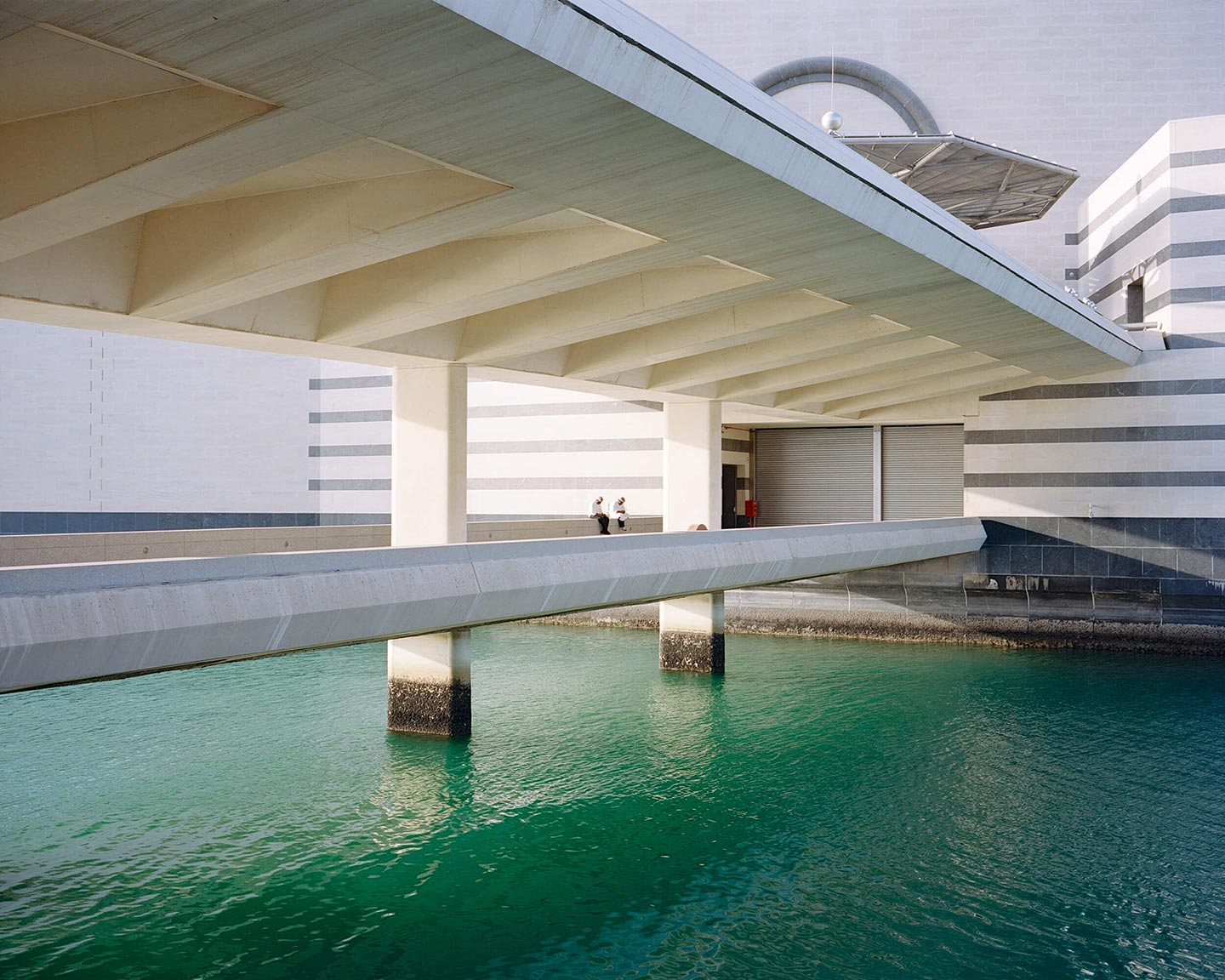 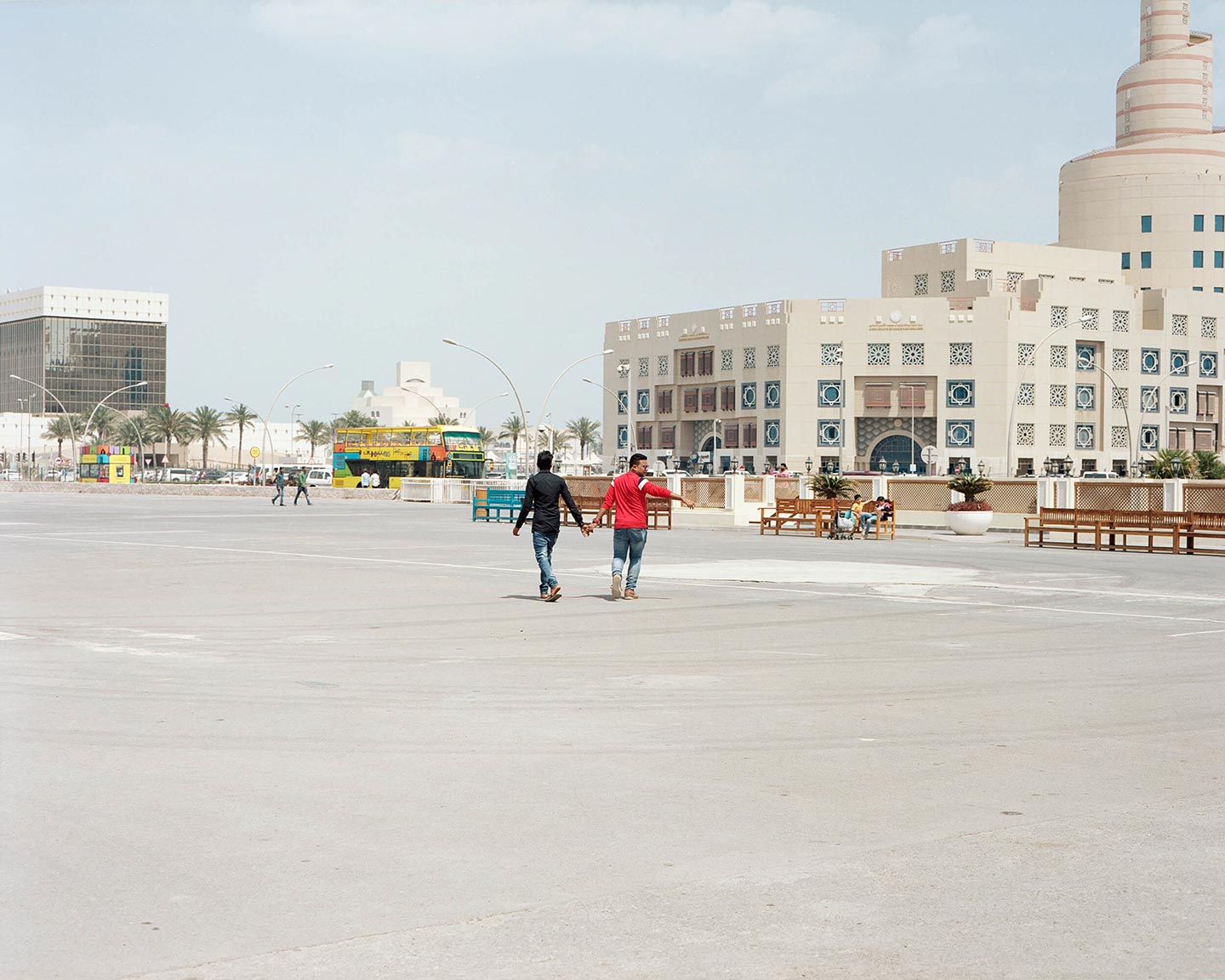 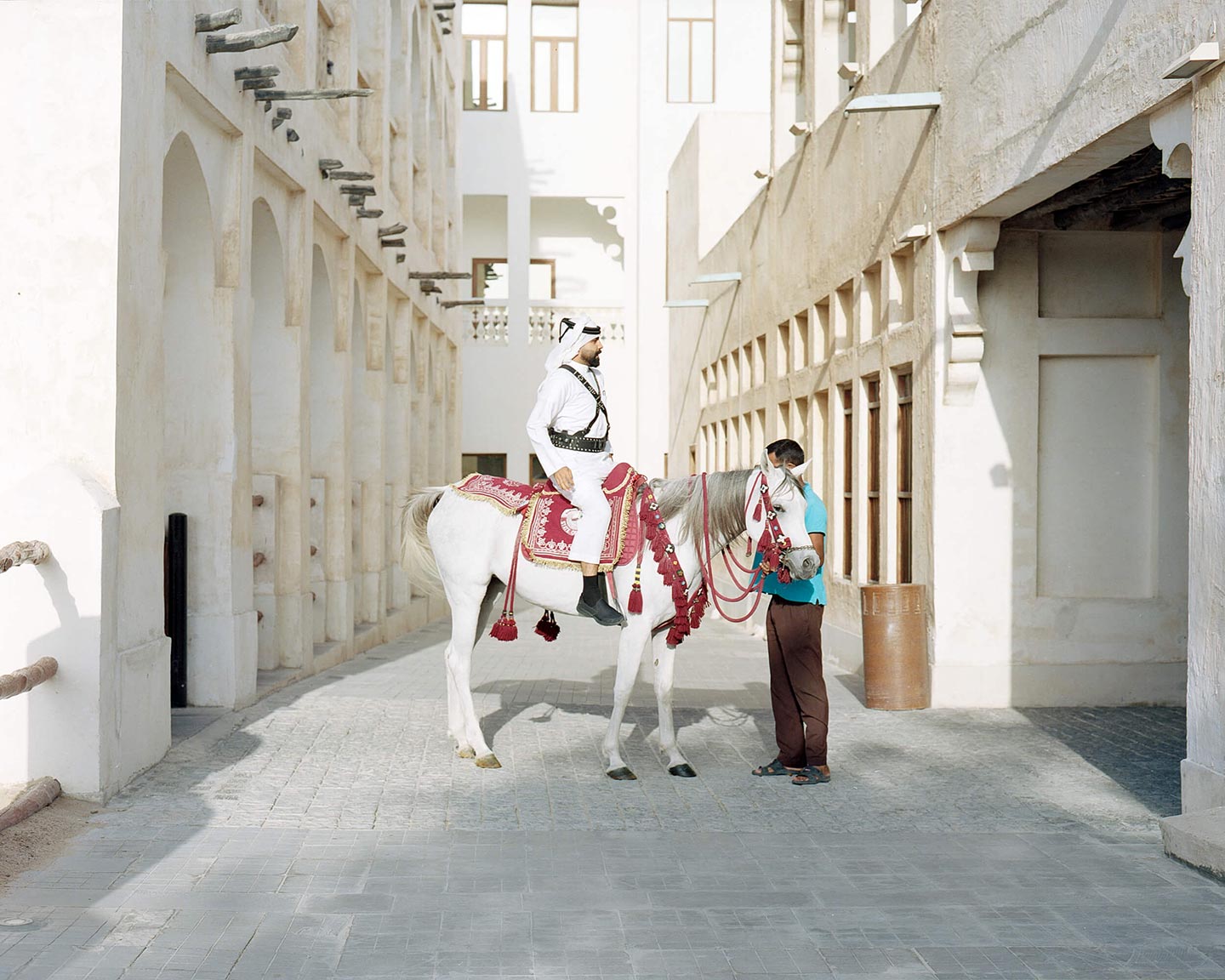 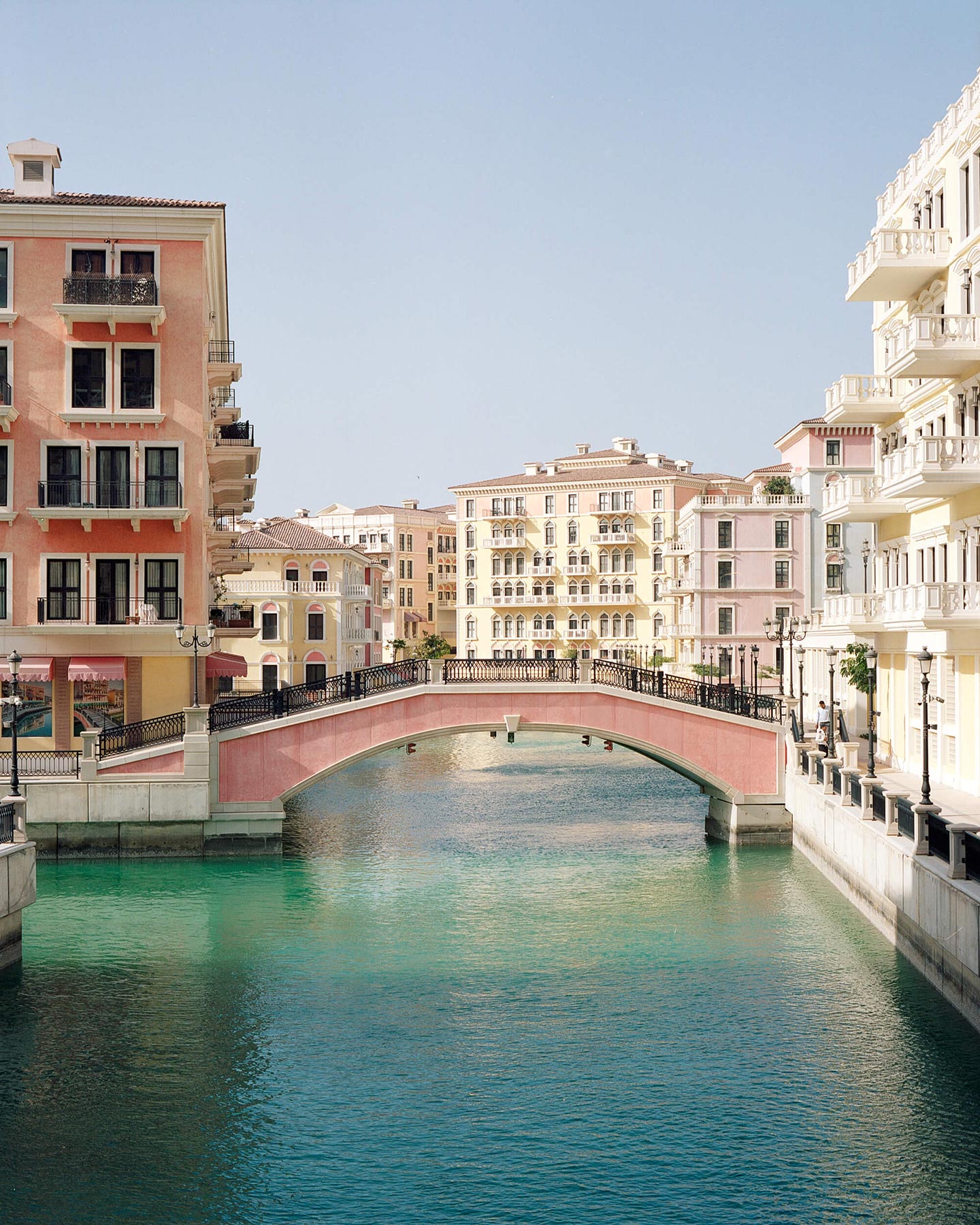 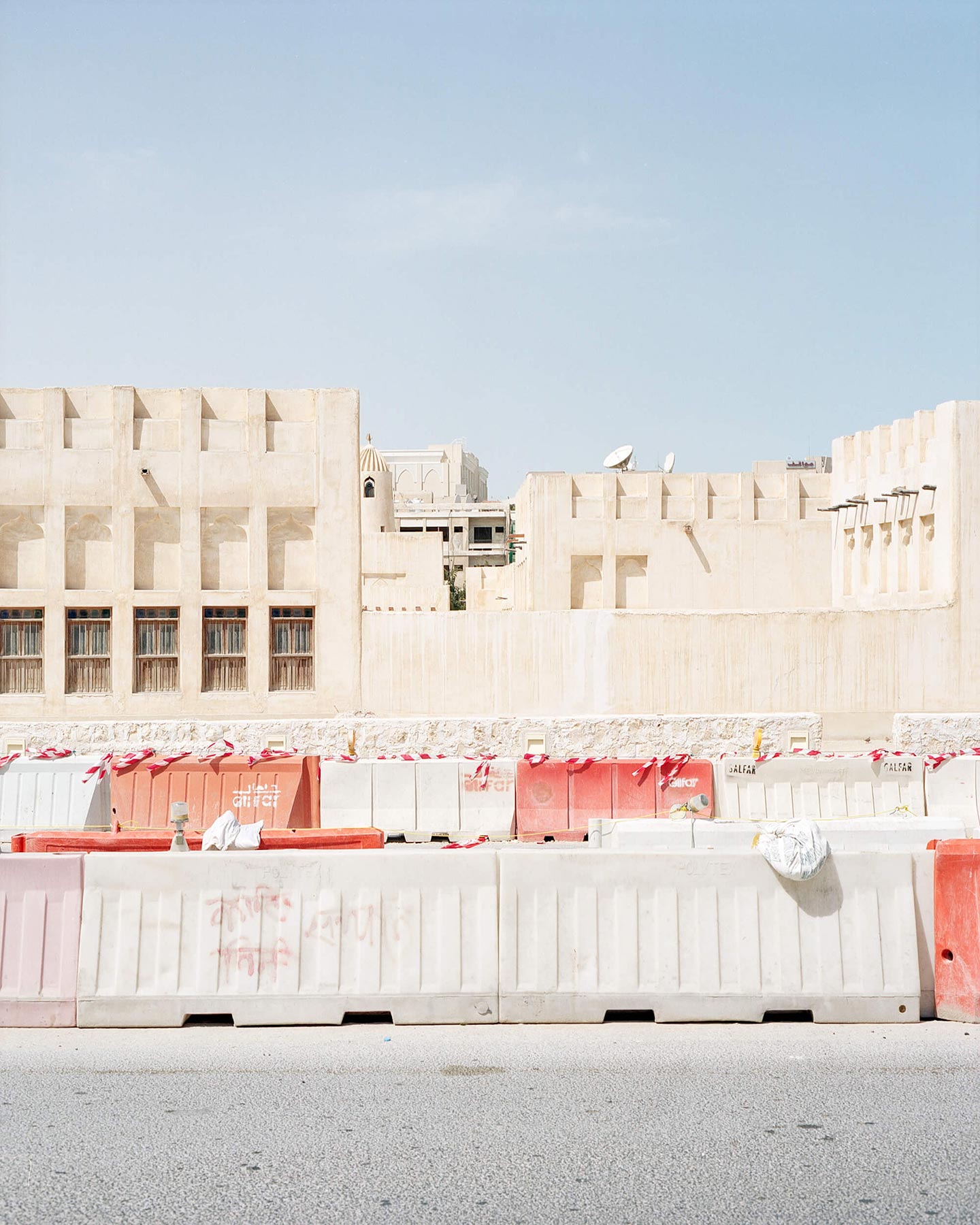 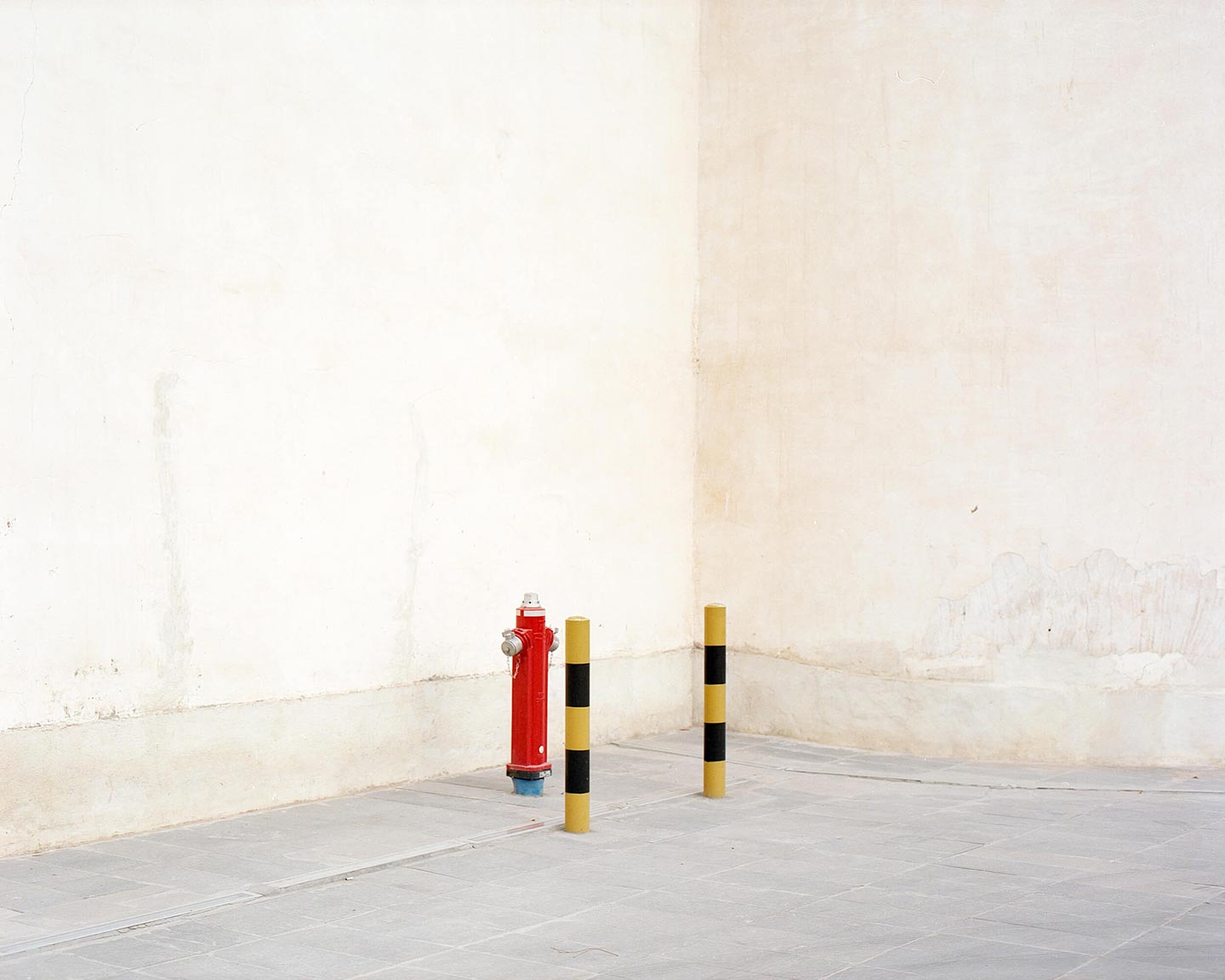 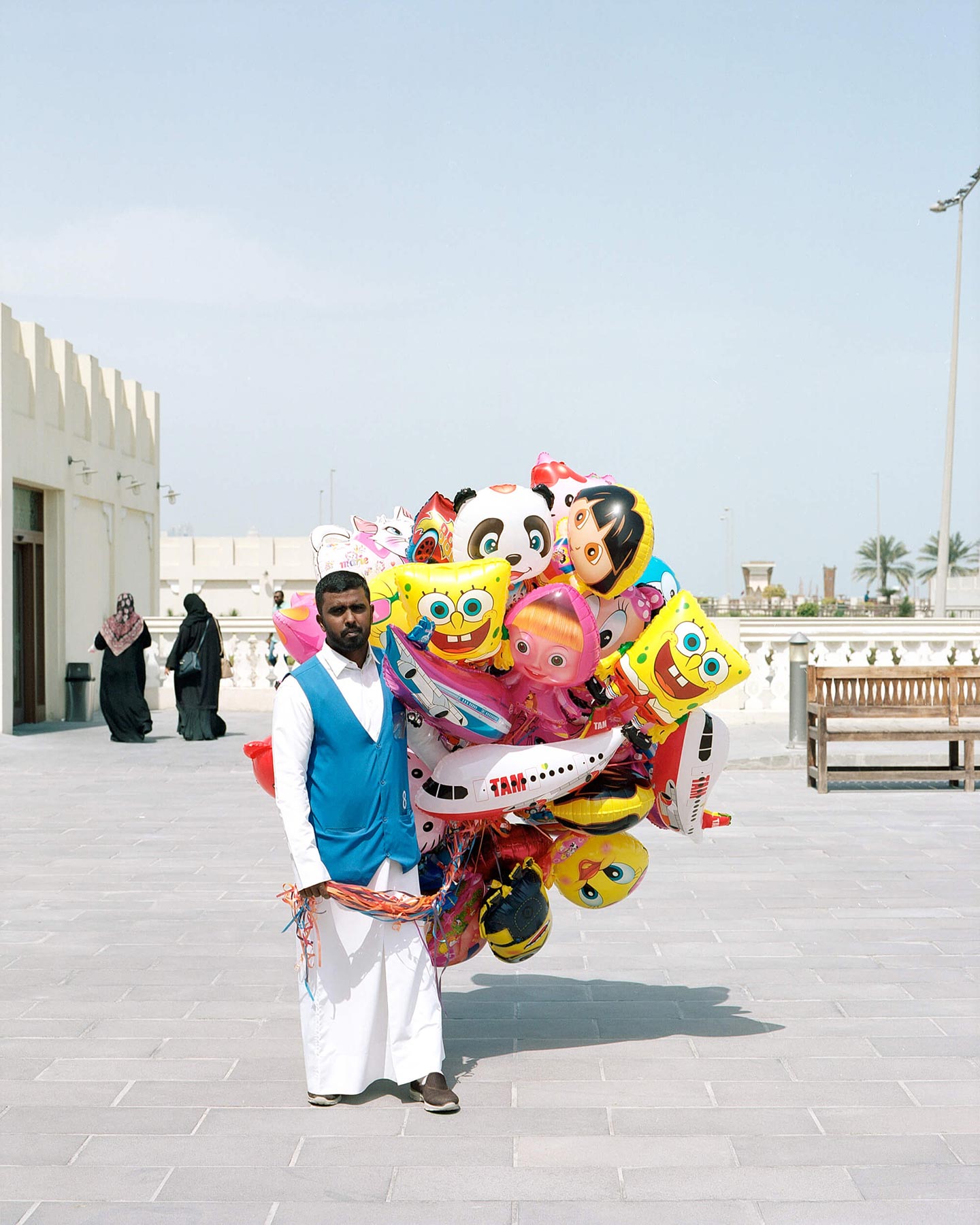 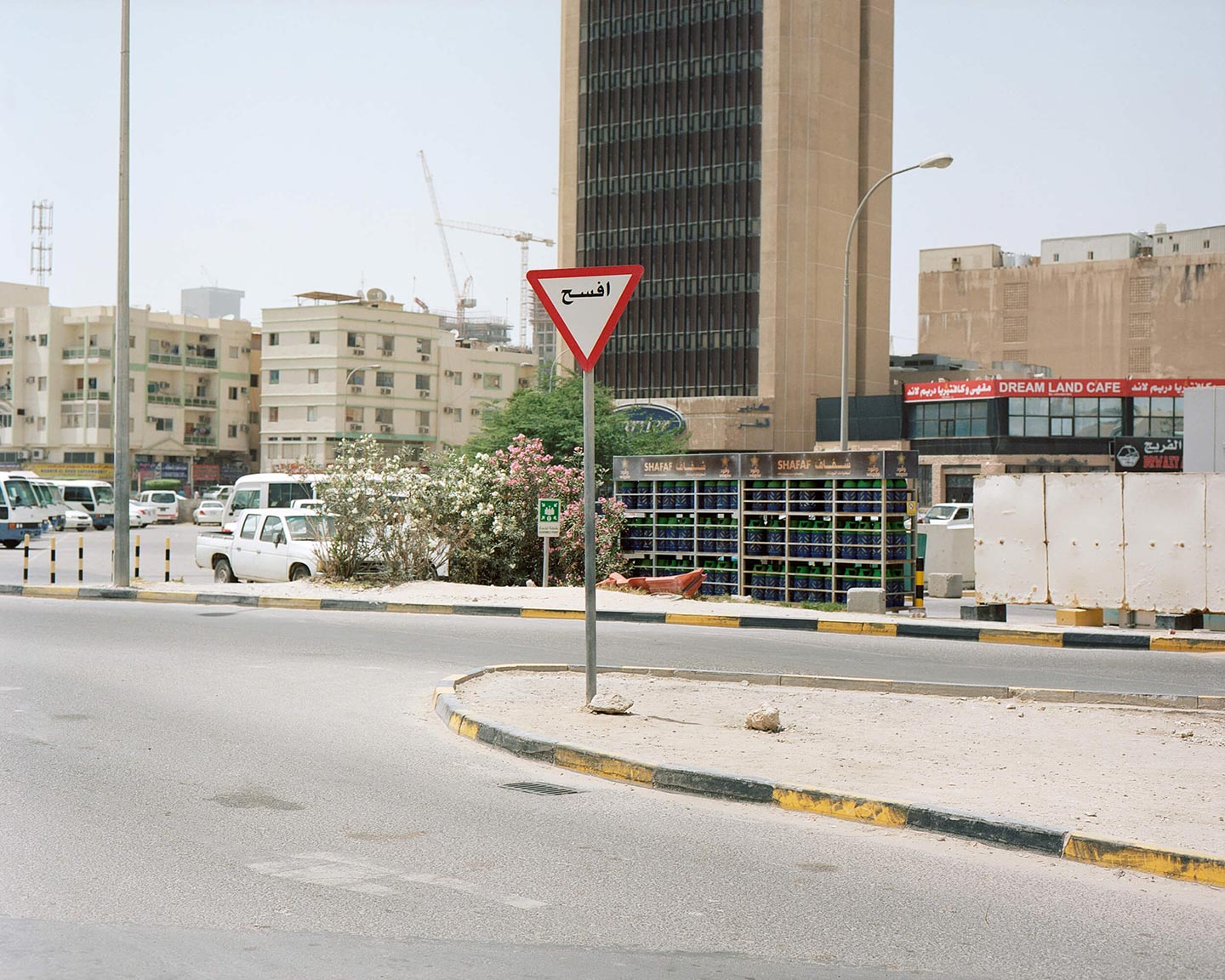 Land of Plenty by 38 year-old Italian photographer Marco Barbieri is a series of images shot in Doha, the capital city of Qatar. “This project started as a result of a number of different trips I took to Doha, where I worked for one of the huge museums recently built in the area,” Marco explains. “It is my attempt to document a place that technically shouldn’t exist, at least not in its current shape. Doha’s skyscrapers rise from the desert; it’s a city of opulence where a small minority has access to incredible wealth while a huge amount of immigrants are in charge of building and taking care of the infrastructure for the rich. It is a land of stark contrasts and deep class division—built by the many for the few. The immigrants work long hours on construction sites under scorching sun, but at night they go back to the outskirts of the city, where they live.”

“Doha often looks empty to me. It’s almost as if it could easily host double the number of its inhabitants. That feeling of emptiness and stillness is something I wanted to convey through my photographs while introducing the viewer to the city’s landscapes and people. The work was also informed by shooting on medium format film—as I usually do—which drives me towards a more contemplative approach.”

As a photographer, Marco is interested in observing “how human beings adapt to the spaces they live in—how they change these spaces according to their needs, or how they are changed by them. I try to explore these phenomenons through photographic projects that touch on a number of different themes lightly, in what I like to describe as an epiphanic way of working.” His practice is influenced by “photographers who document social issues using more of a fine art approach, like Rob Hornstra and Alec Soth. But I am also interested in those who approach the medium in a different way, for example Yoshinori Mizutani for his use of color, or Joan Fontcuberta for his constant questioning of the photographic medium.” The last phoboook he bought was TTP by Hayahisa Tomiyasu, and the next he’d like to buy is I Know How Furiosly Your Heart Is Beating by Alec Soth.