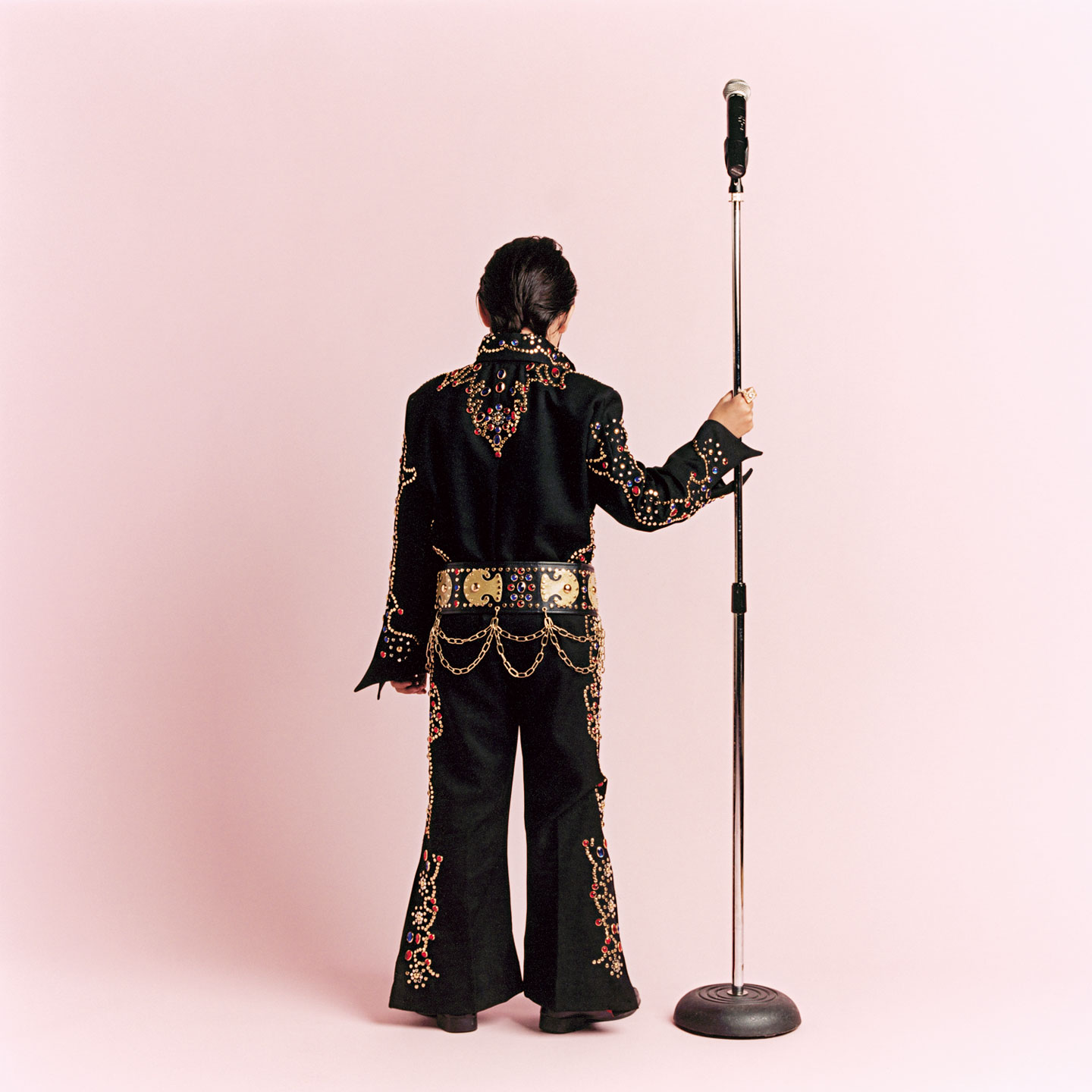 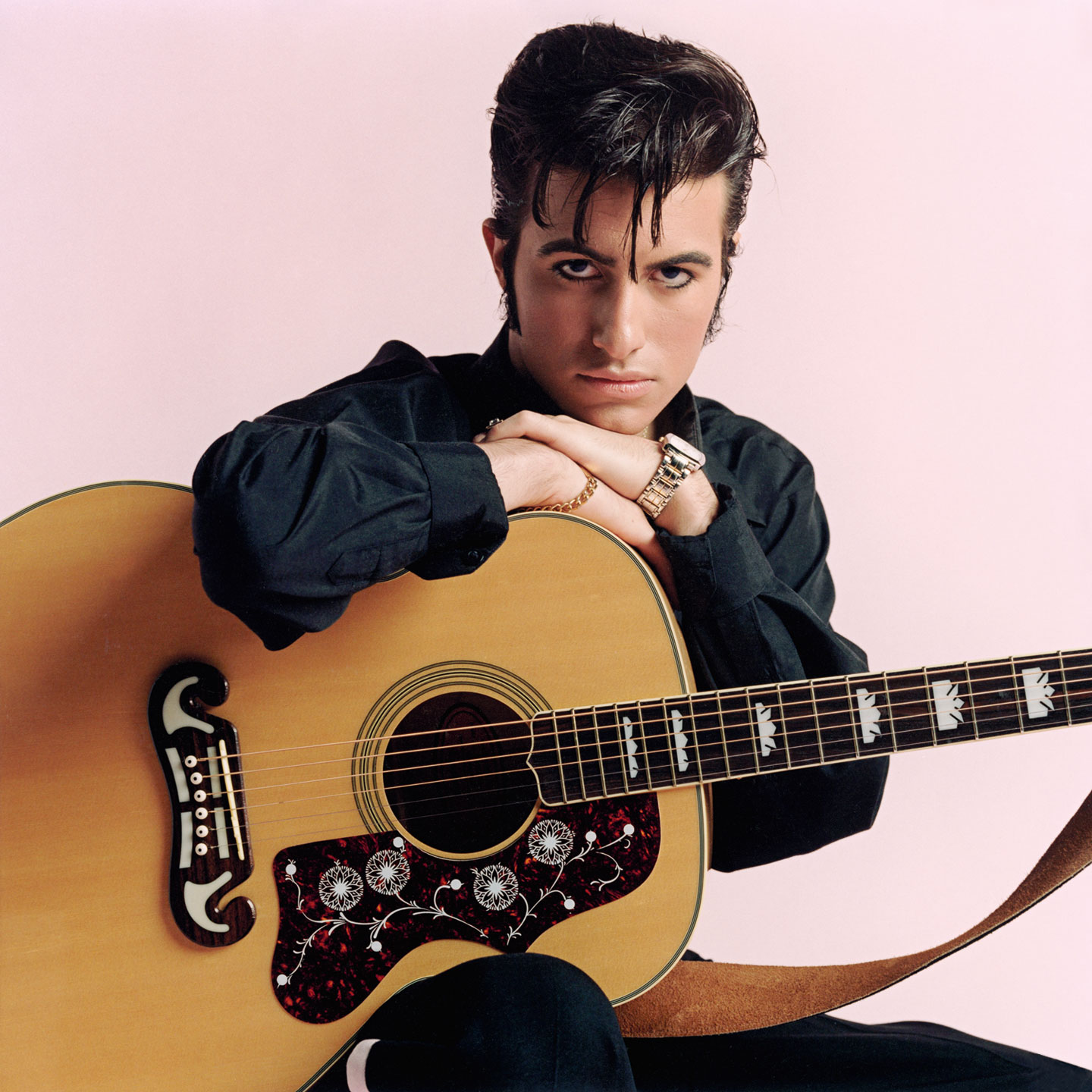 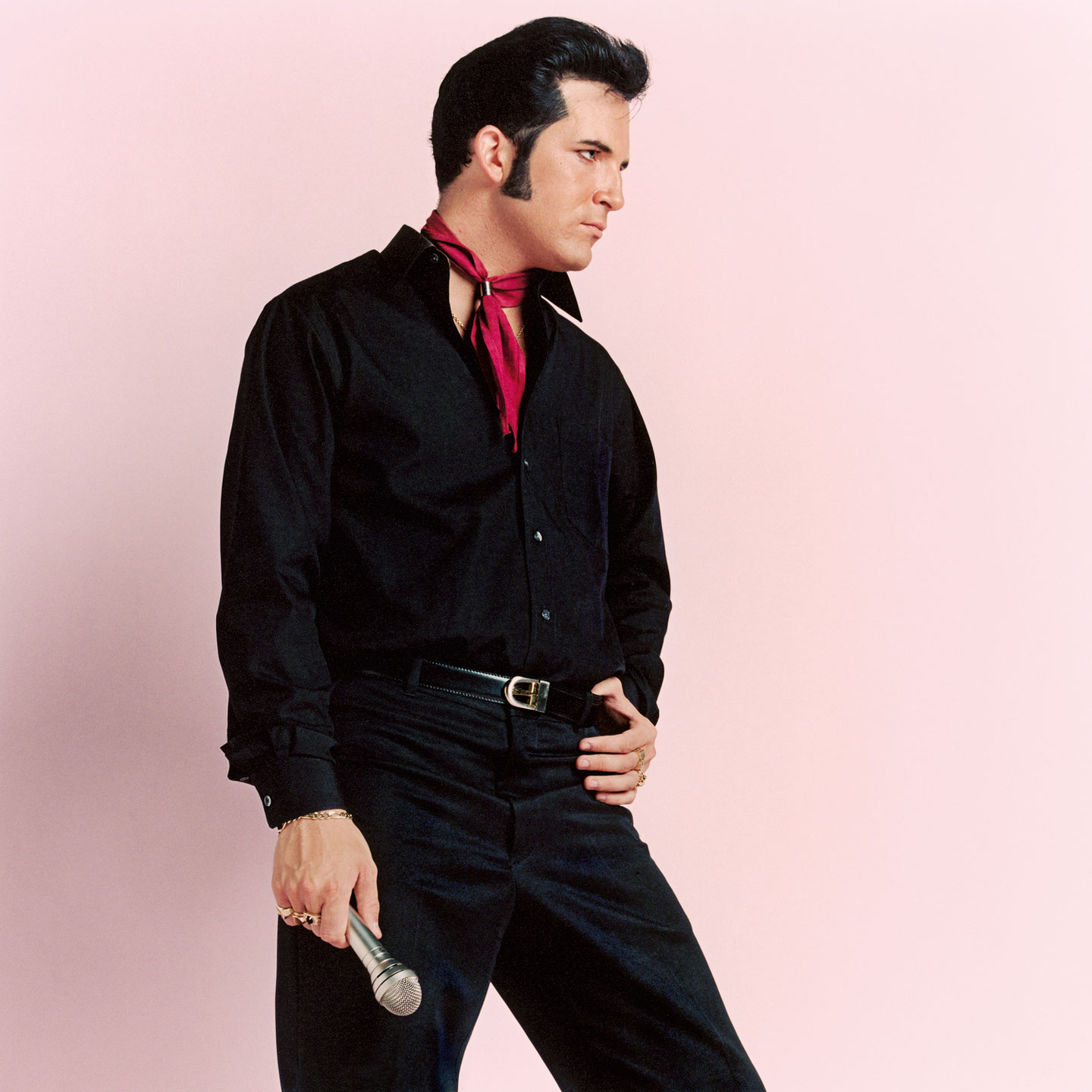 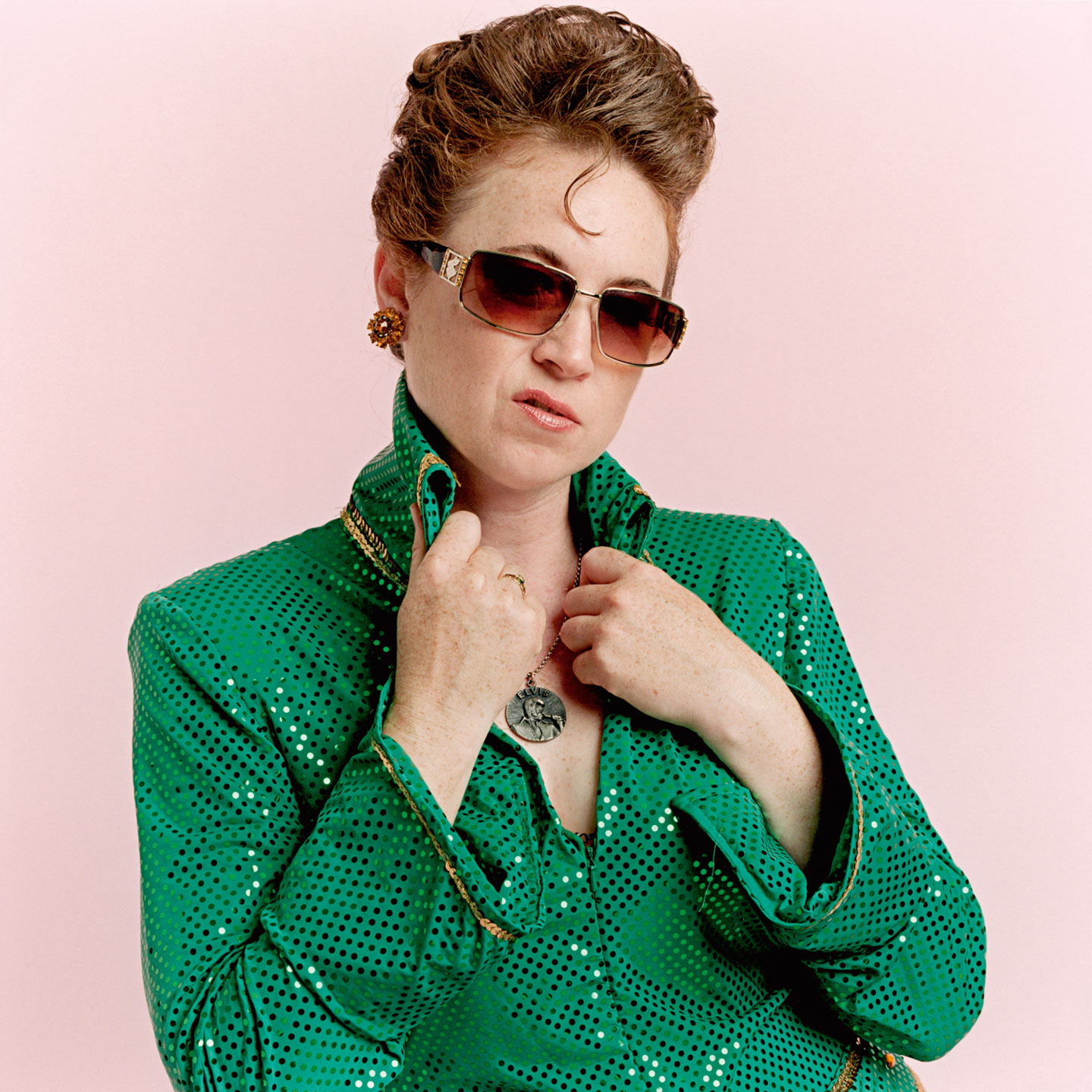 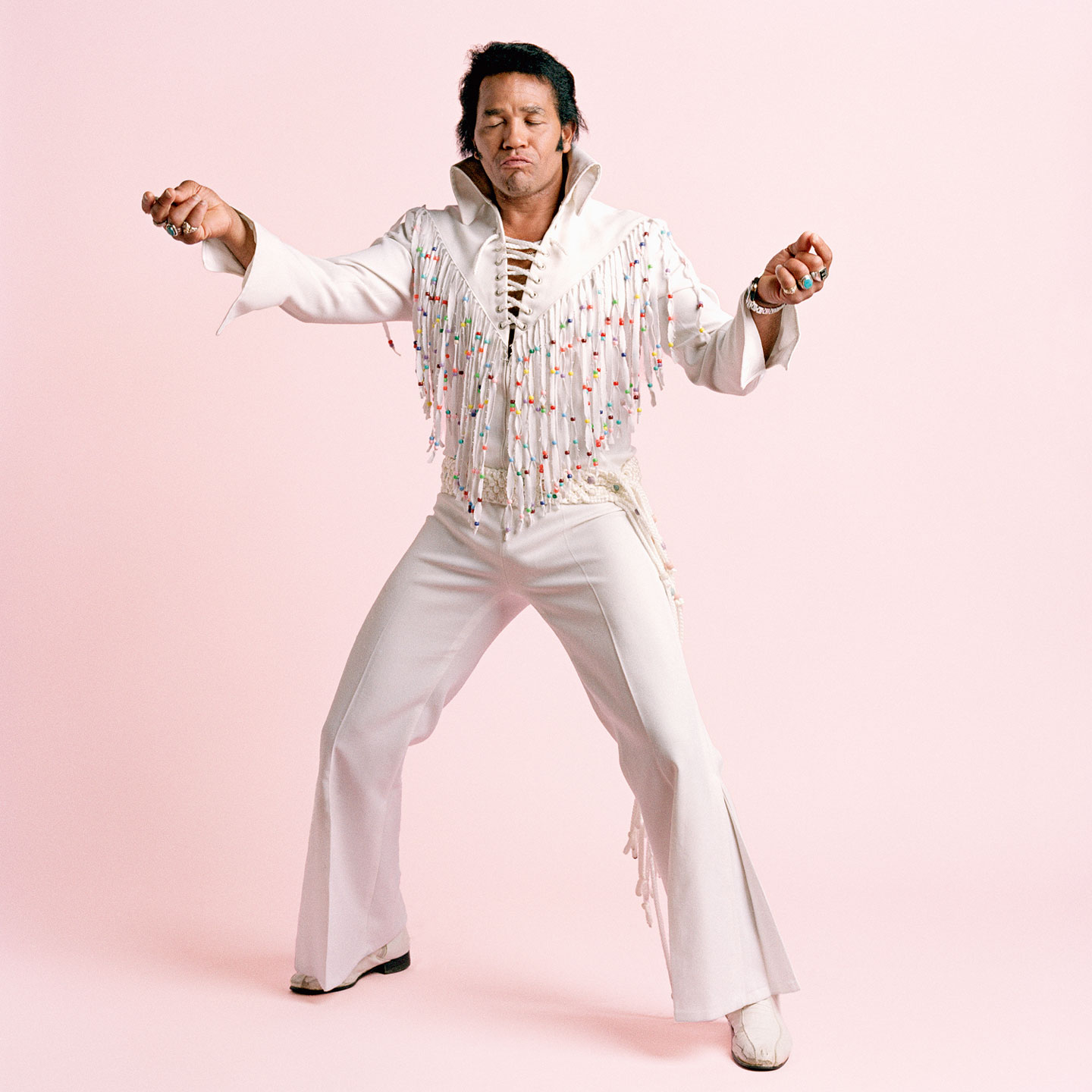 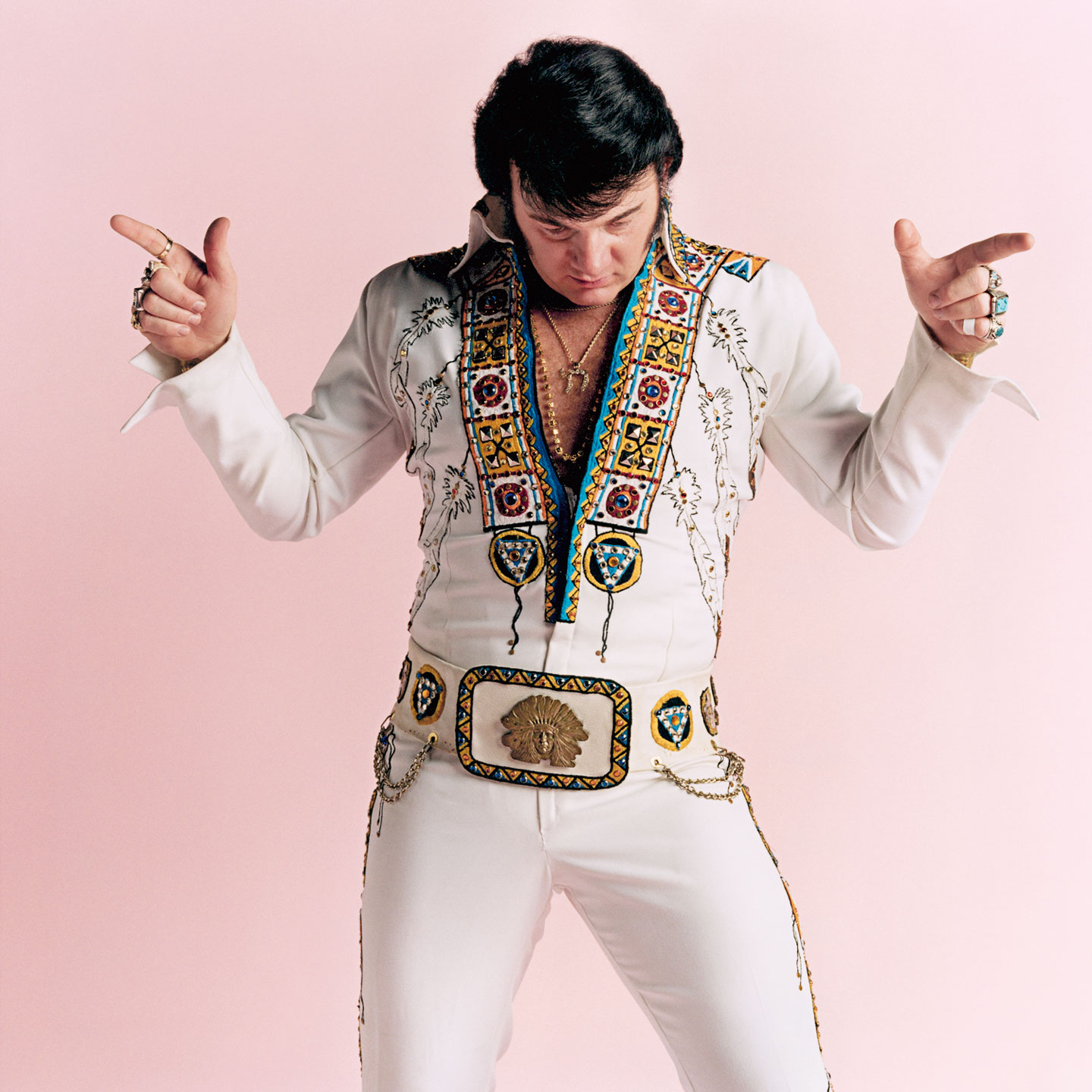 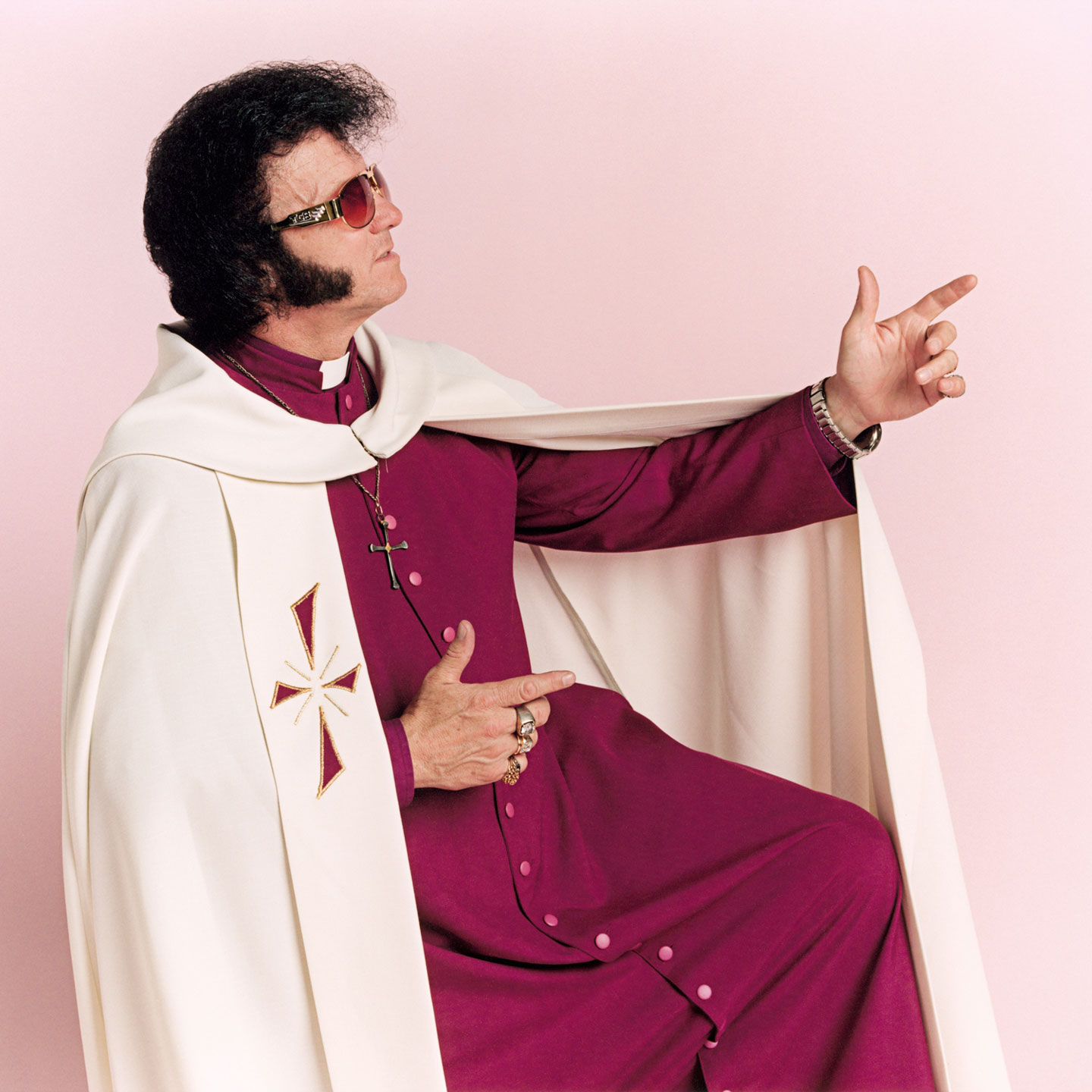 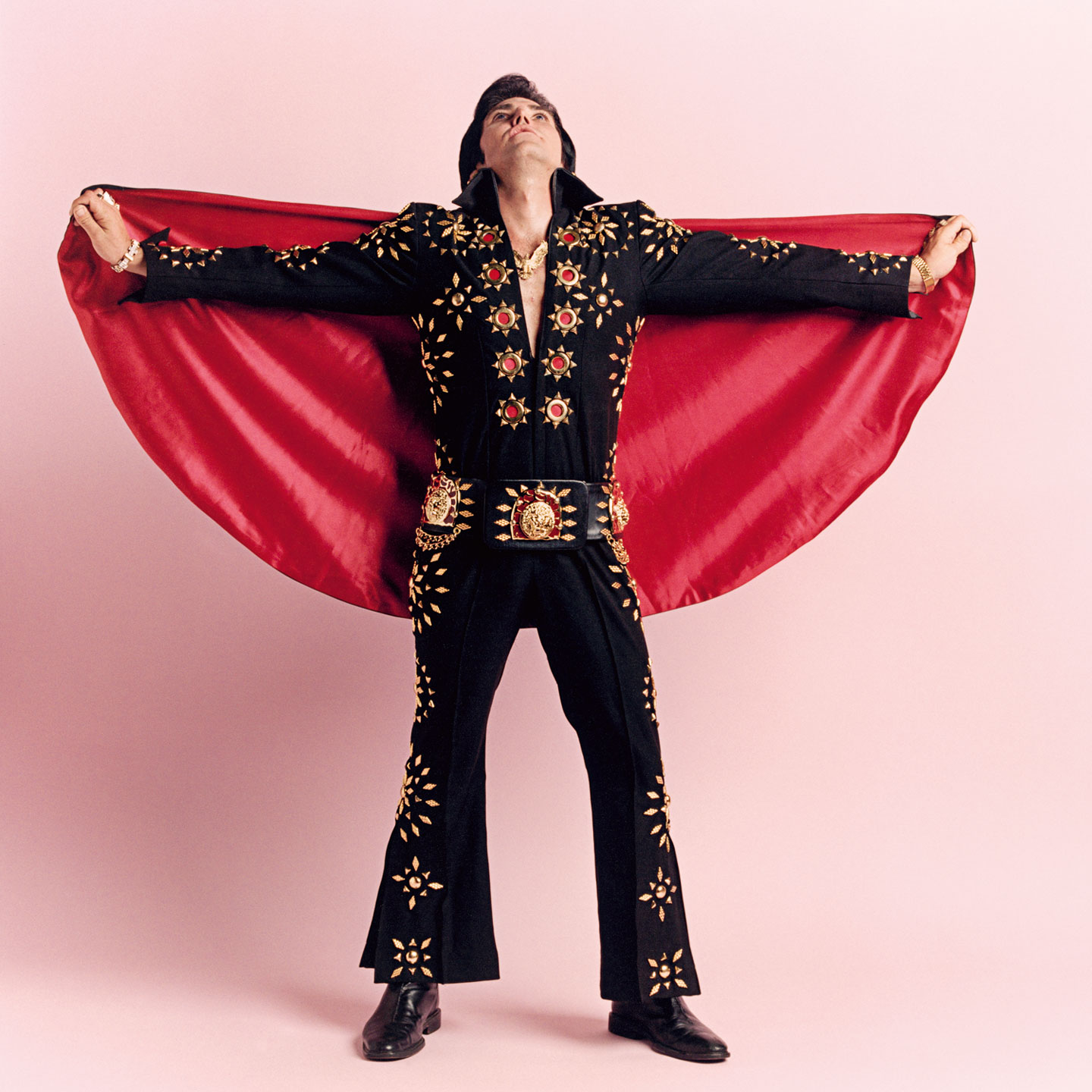 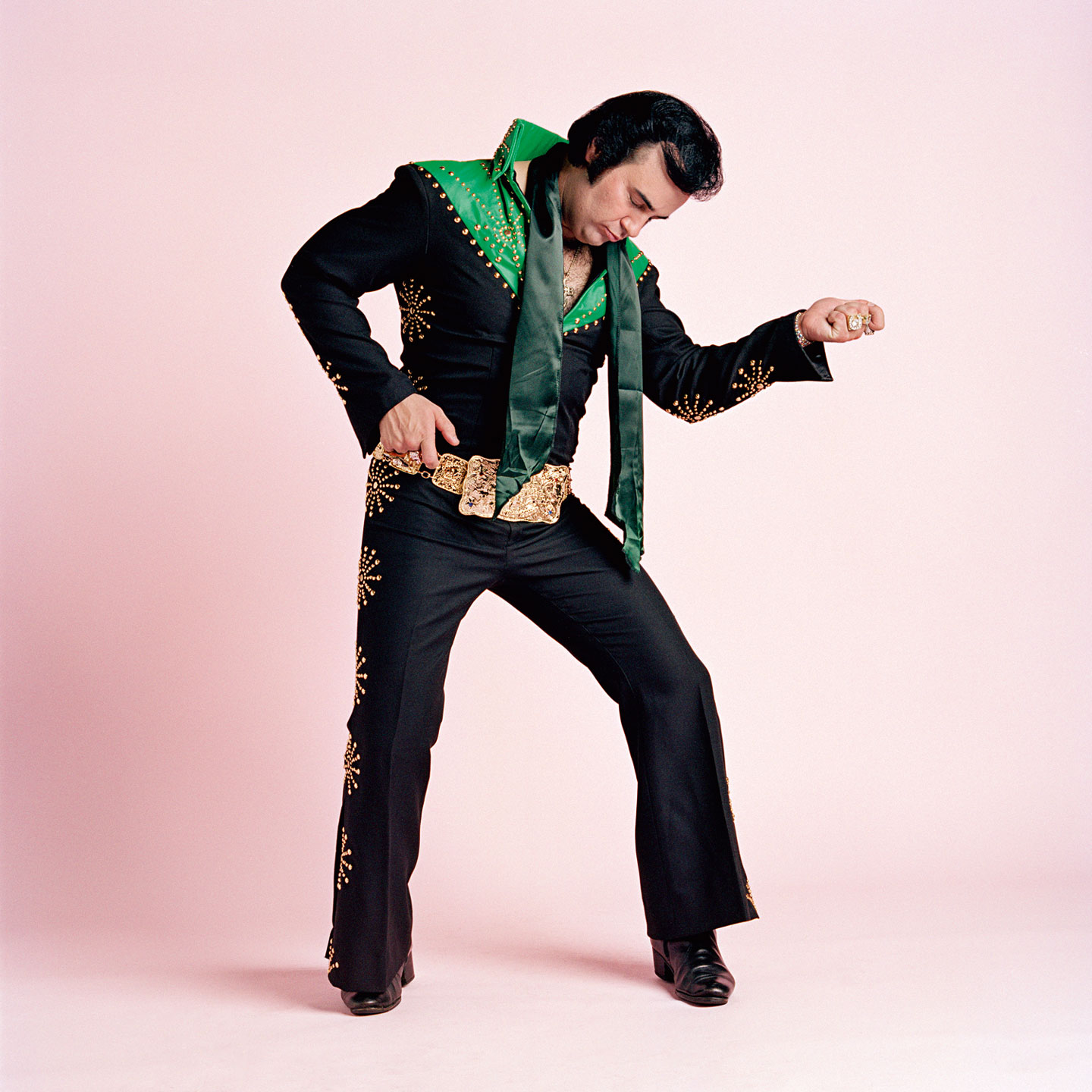 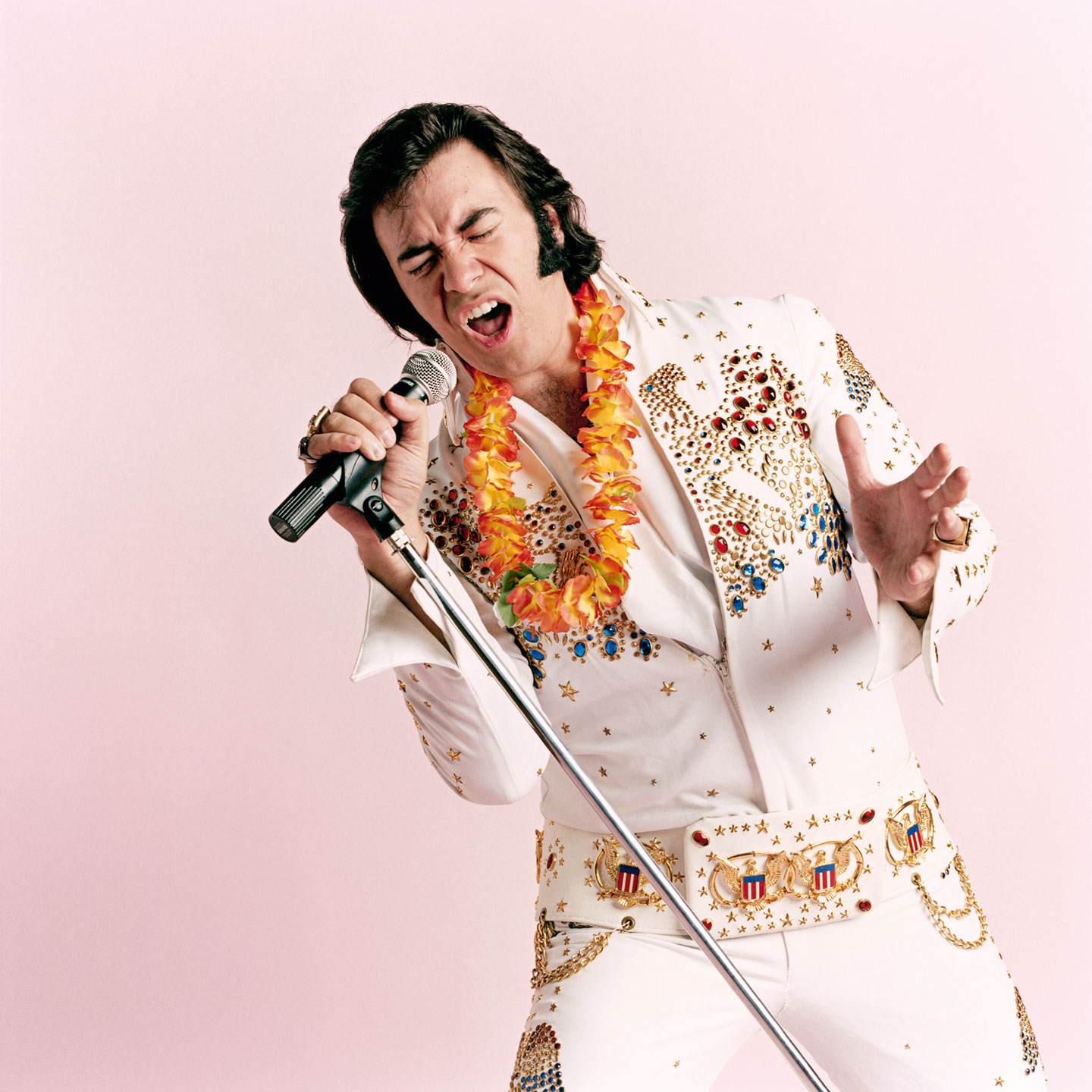 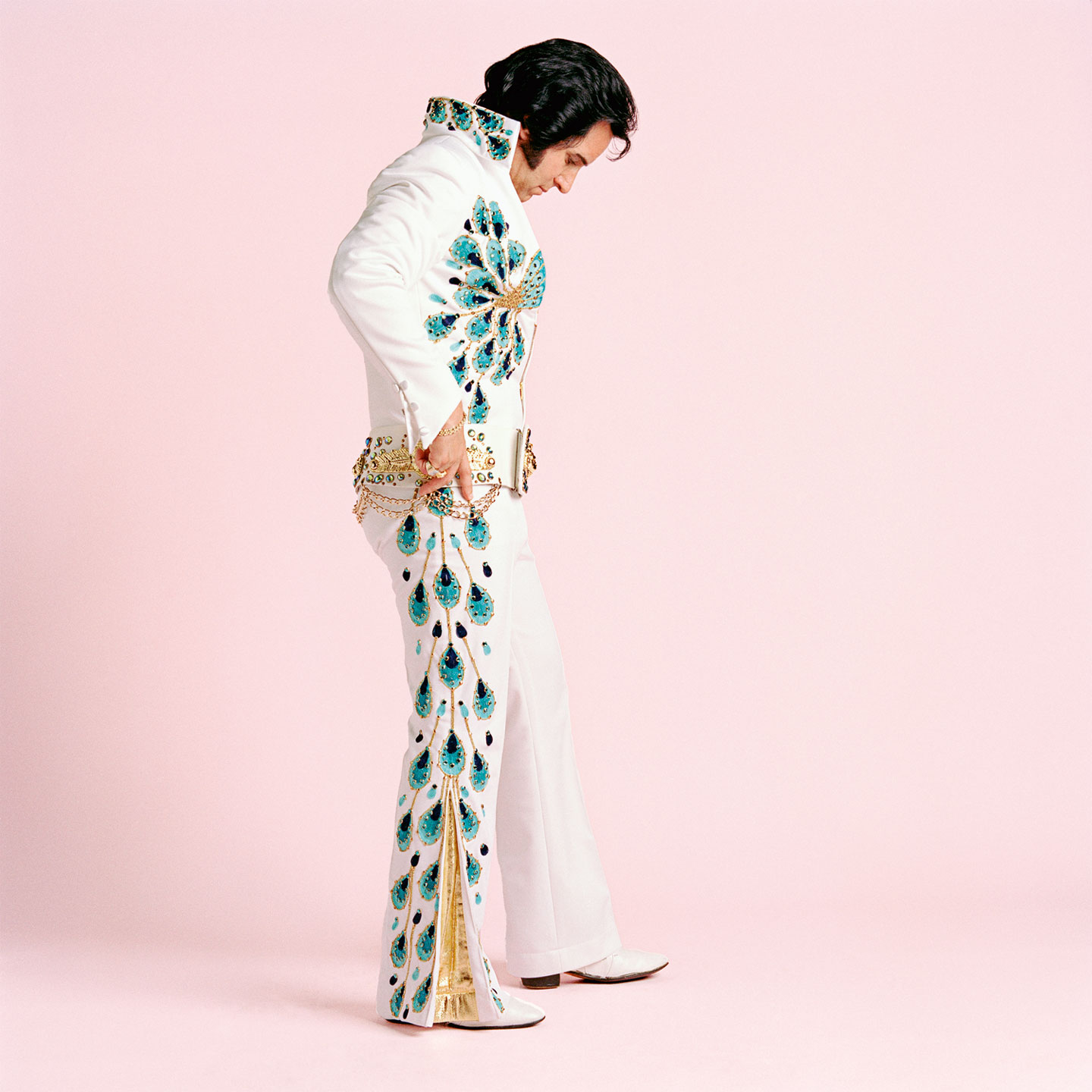 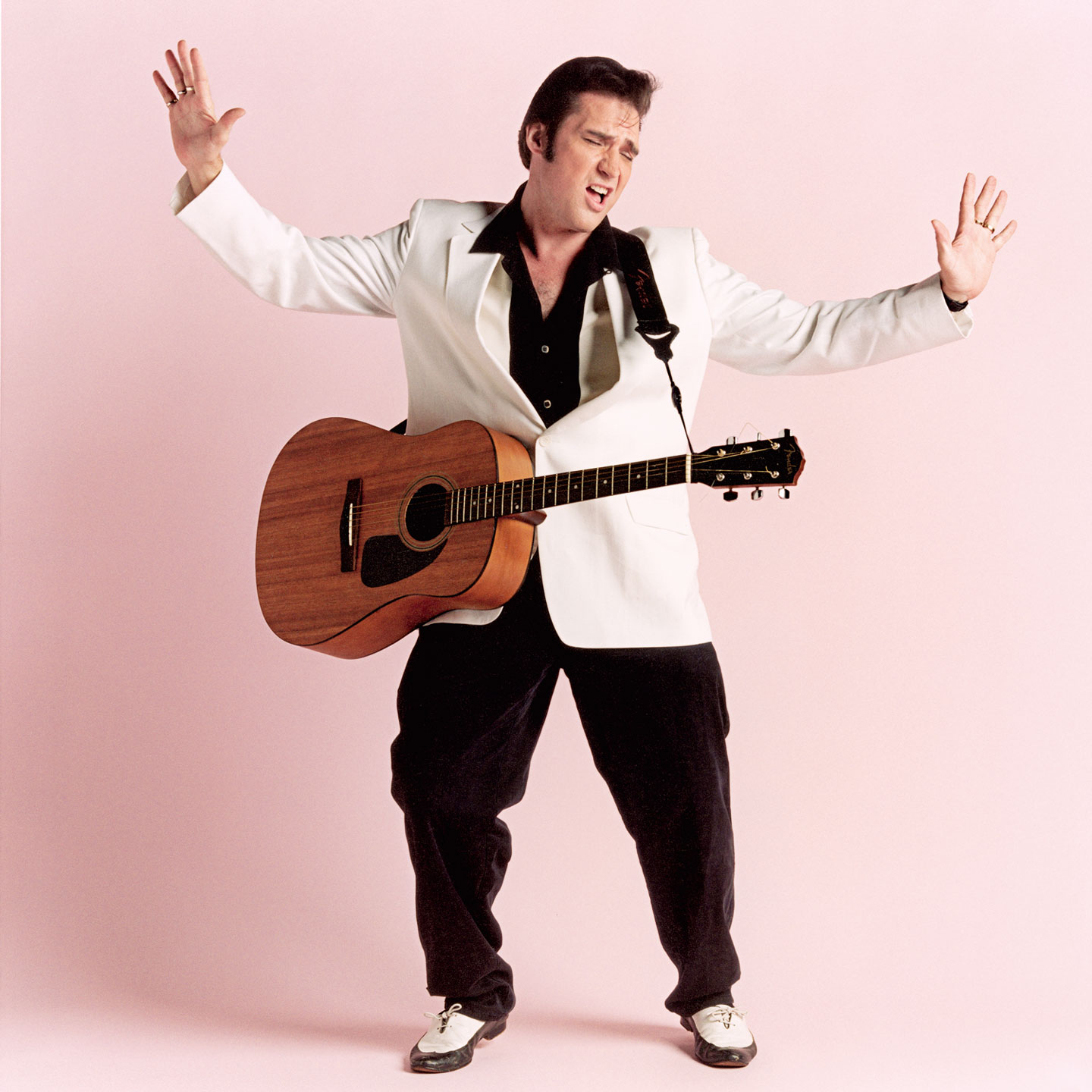 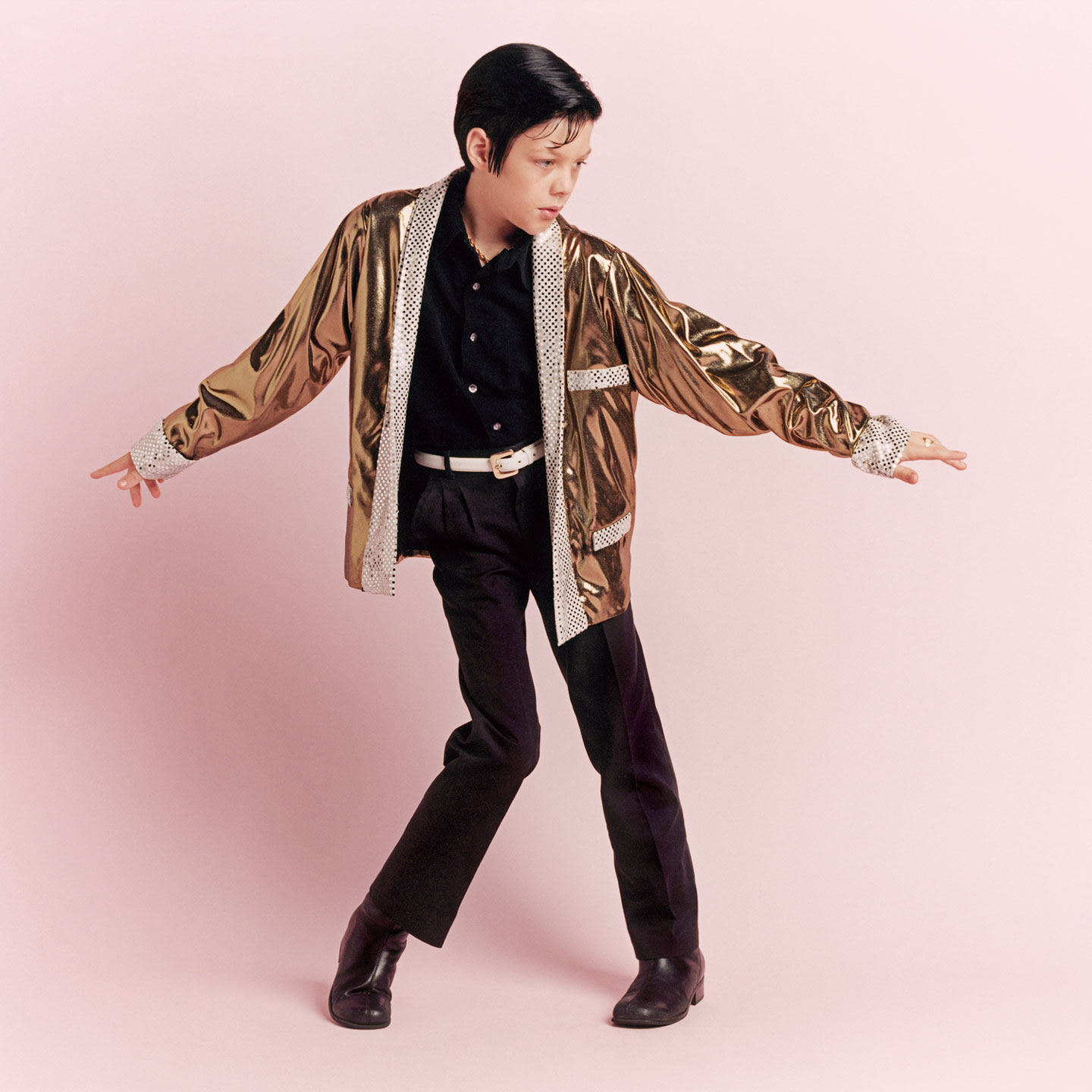 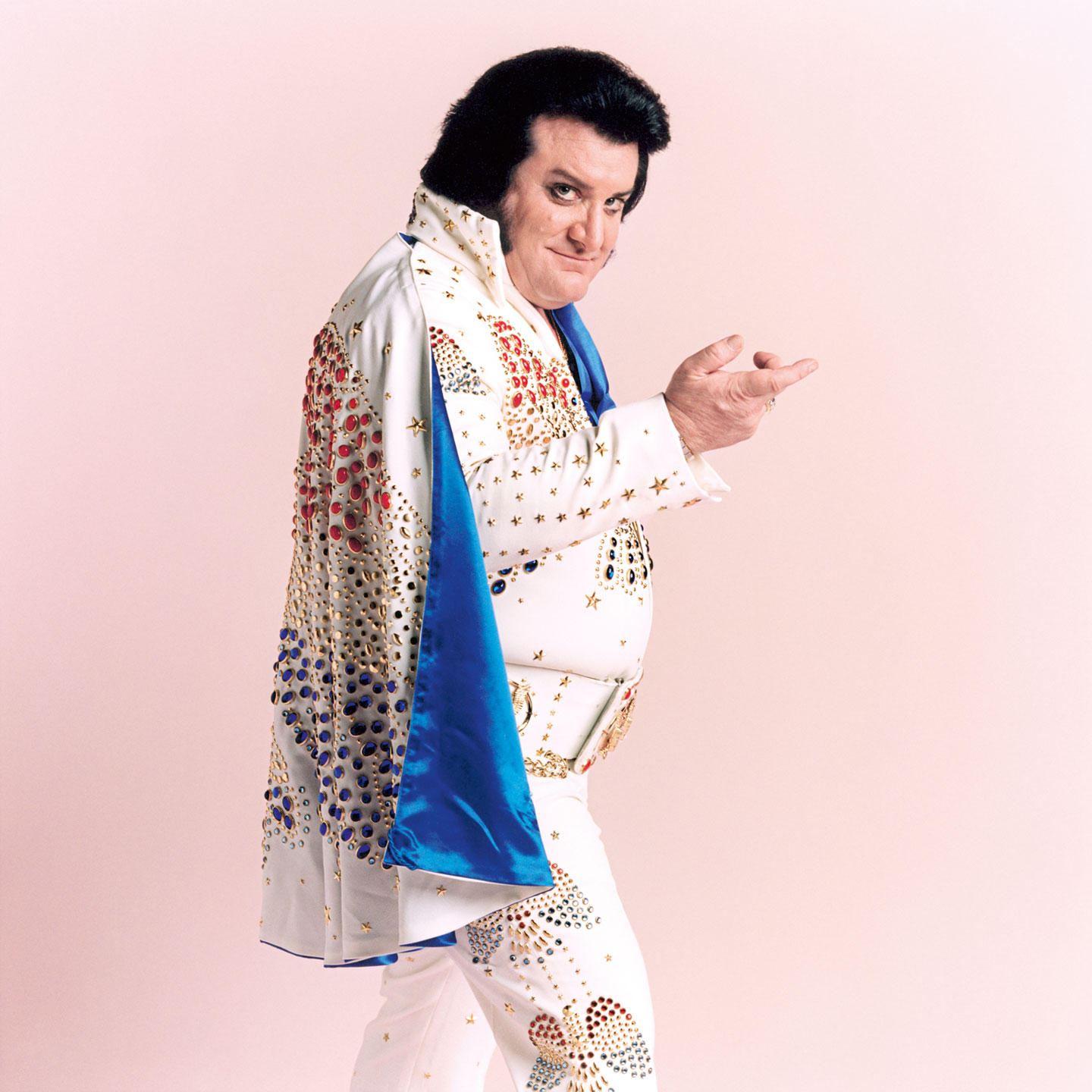 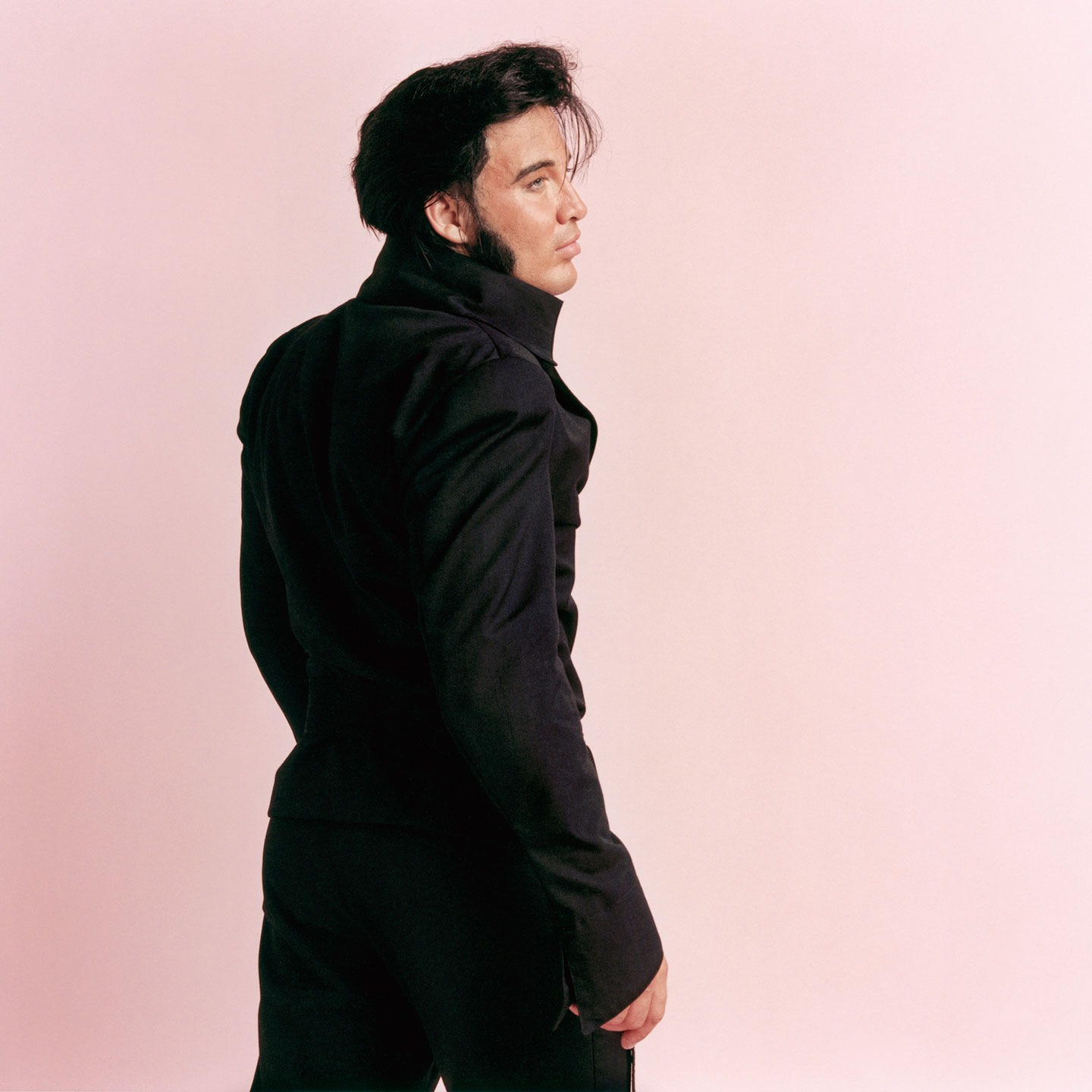 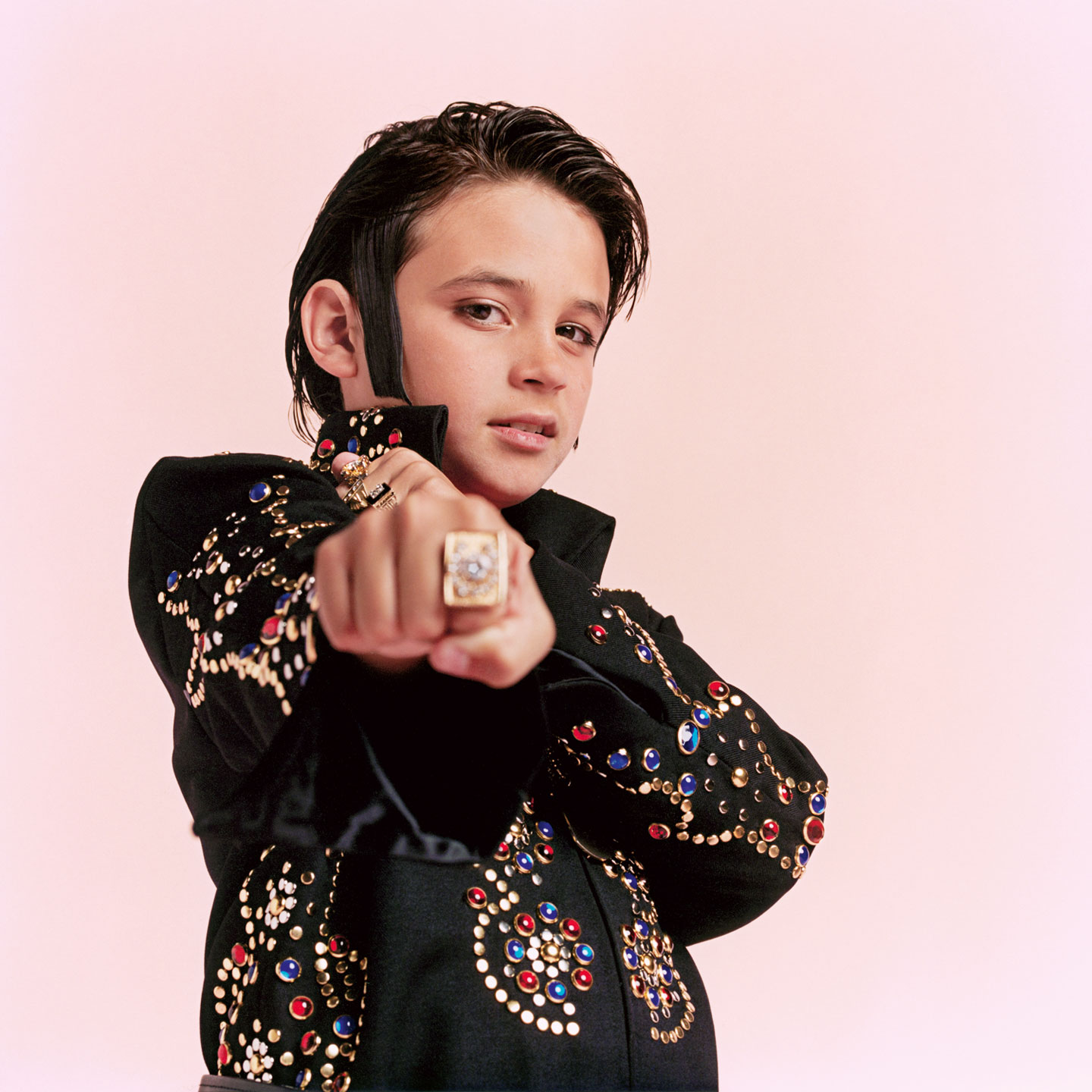 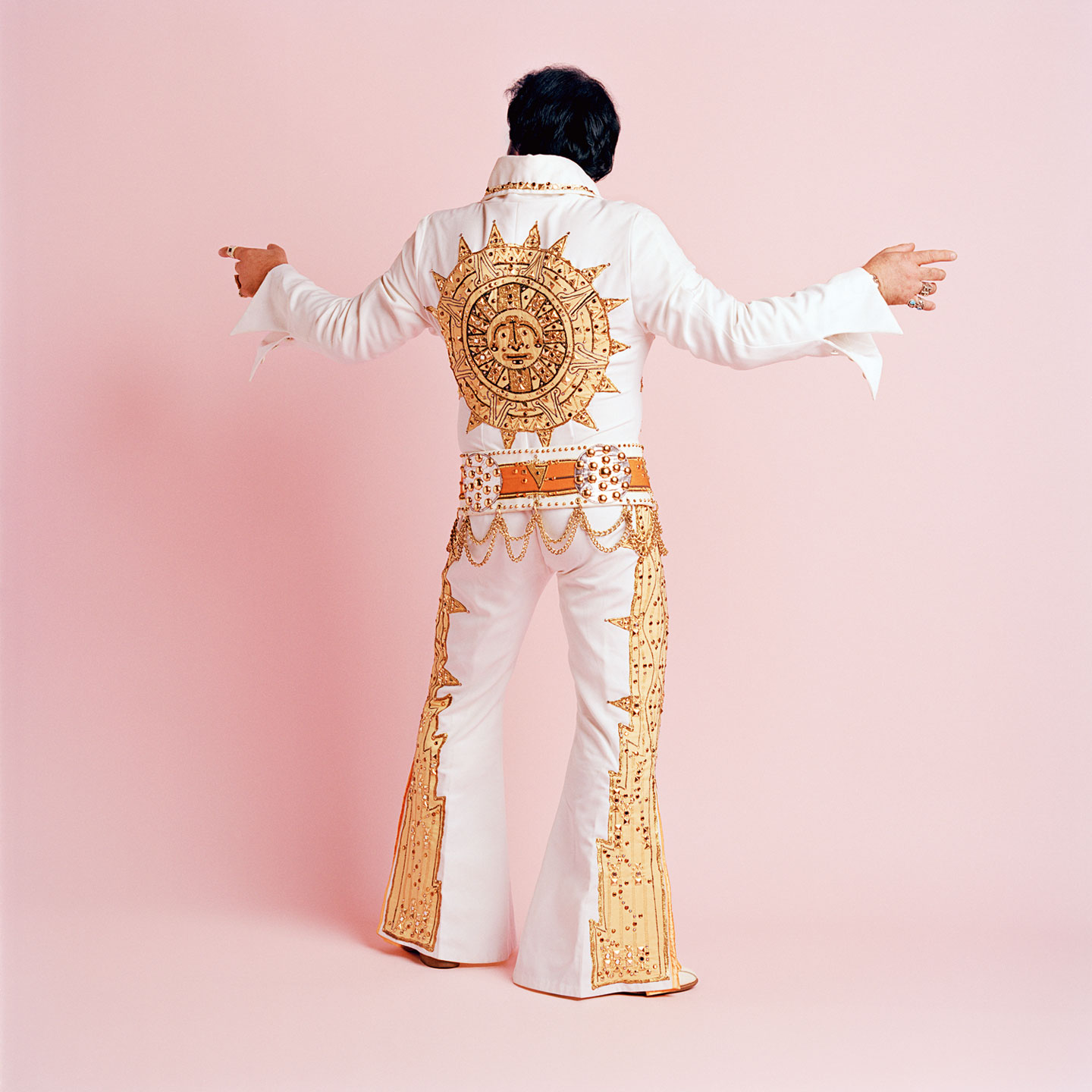 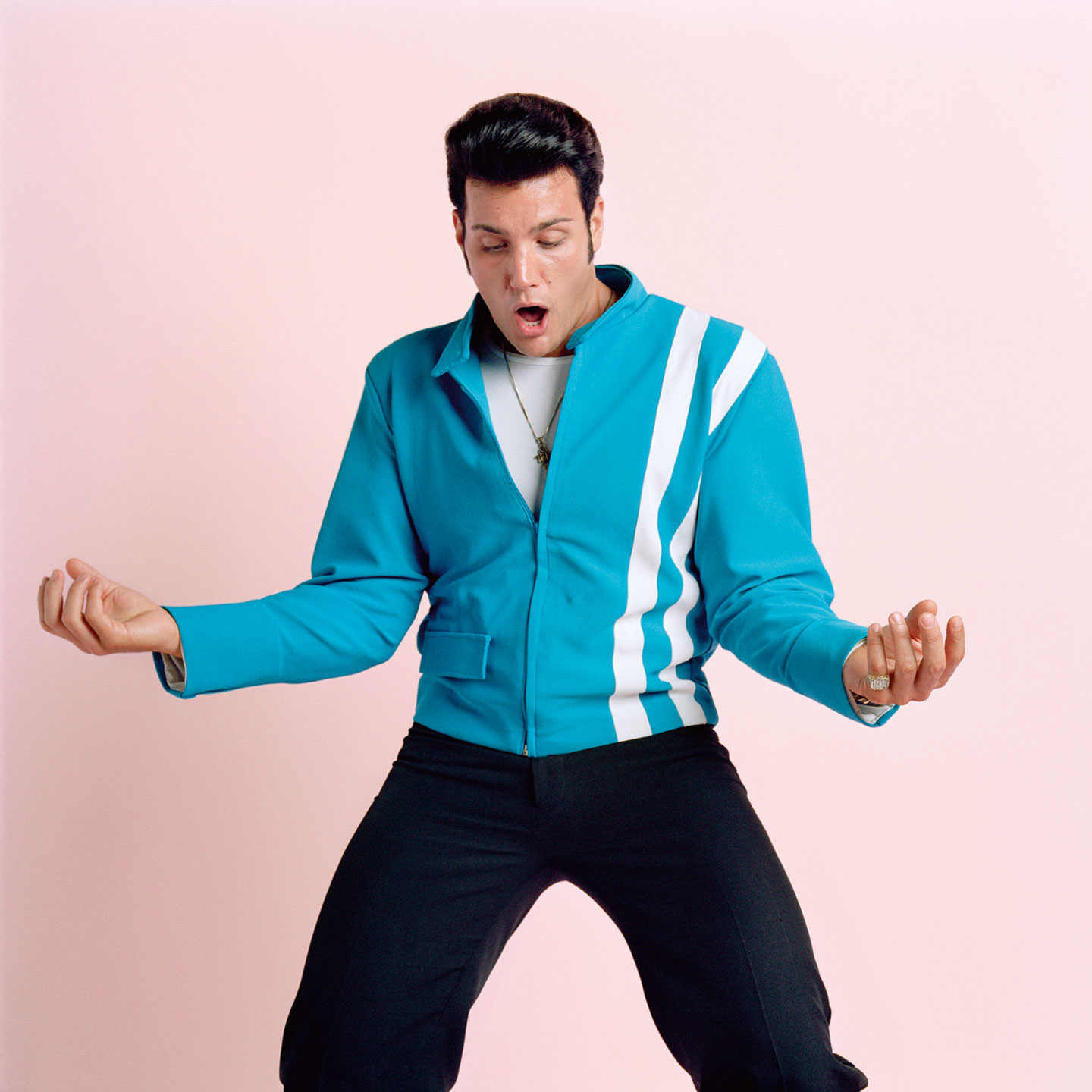 40 year-old American photographer Erin Feinberg shares with us her lovely portraits of Elvis impersonators, and recalls the funny moments she had making the series as well as honoring the passion she found in her subjects.

The portraits are also available in a photobook titled King for a Day published by Kehrer Verlag – buy your copy here.

Hello Erin, thank you for this interview. What are your main interests as a photographer?

I enjoy photographing people most of all. It’s inspiring to be able to step into another person’s world and explore it for a period of time. I was given the advice many years ago by a mentor to “photograph what you know” and I’ve mostly adhered to that principle in my work. The challenge is to see something familiar in a different way and to think about how I want to share that experience with an audience.

Why did you decide to do a project about Elvis impersonators?

This project found me. I was in Memphis, Tennessee years ago with my boyfriend who was recording a record there. Unbeknownst to us, we were there during Elvis Week – when Elvis fans from all over the world come to pay homage to the King during the week leading up to the anniversary of his death (on August 16th). Sideburns and pompadours were swarming the streets, and I just happened to be staying at the hotel where the biggest Elvis impersonator contest in the world is held every year! After watching some of these contestants perform, I knew I had to come back the following year and document this scene. I also wanted to explore who these people were and what drives them to impersonate their hero. They came from all walks of life, and behind the wigs and flashy outfits I discovered integrity, commitment and above all, passion. So I set out to photograph them in a way that would honor that. Ultimately, I wanted to share their passion – not only visually, but also by compiling some of their thoughts through interviews.

Did you have all the impersonators in the same room at some moment or did you work with them on separate days?

I photographed all of the contestants at the Images of the King contest, over four separate visits to Memphis. Each year I set up a studio in the lobby of the hotel where this contest was being held. I was available any time of the day or night to photograph portraits. Mostly I pulled these subjects aside either before or after they performed. But there were also some impersonators who I crossed paths with outside of the contest, and if I found them interesting I asked if they’d come to the hotel to be photographed. I made portraits of over one hundred Elvis and since many of these contestants return to this event year after year, I found myself photographing some of them a second and third time – and each time we had even more fun!

Can you describe your approach to making these portraits? Did you direct your subjects in any way or did you let them do what they preferred?

I typically spend time talking with my subjects to establish a rapport before taking out a camera. Once I’ve gained their trust, a subject will open up more easily and can be themselves – and that lends to better photographs. Many of the Elvis impersonators needed to feel reassured that I wasn’t there to make fun of them.

To begin, I always want the subjects do whatever they feel inspired to do in front of the backdrop. I usually have conversations with them while photographing and sometimes I’ll ask a question that may change their expression or trigger a different posture. I had fun asking these contestants what their favorite songs were, and invariably they would begin singing to me and showing me poses that they use onstage in their Elvis act. As you can imagine, it was very entertaining!

What impression did you have of these people and of their passion for Elvis Presley?
Well, there’s no denying their passion. I am drawn to passionate people – especially when it’s something that fills them with so much joy. My first reaction was to laugh when I saw all of these impersonators gathered in one place. But then as I spent time among them, I began to gain an appreciation for the more serious side of this craft. They put so much into it – both time and money. It’s a huge commitment.

Of course, like anything, there is a range of talent. Some of these contestants are actually great singers and I really enjoyed hearing some of these Elvis tunes – especially the ones that were more obscure to me. And then there were others who looked the part but couldn’t sing at all! Some of the contestants had absolutely no resemblance to the King, but were just out there having fun. And then there are always the few who take this act a bit too far and don’t really know when to put the jumpsuit away! And that’s why it was so fitting to include at the beginning of the book, a letter that Elvis wrote to an impersonator, not long before he passed away. Elvis reminds this fan that while mimicry is indeed the sincerest form of flattery, to also work on and always celebrate his own individual talents too.

Did you have any specific references or sources of inspiration in mind while working on King for a Day?

I didn’t have any other references in mind when I embarked on this series. But I did know immediately what I didn’t  want to do. These impersonators are so easily mocked, but I chose to present them in a sophisticated manner and honor them in my photographs. I decided to use a consistent backdrop in order to showcase their individuality – both in personality and wardrobe! And I chose the color pink as a tribute to Elvis – since he so often wore that color in the early days.

Everything is an influence. Sometimes it’s one particular thing but often it’s a combination of experiences – a conversation, a book, a song, a chance encounter – all of these things have inspired me to photograph at some point. It’s not always obvious at the time what is influencing a particular idea, so I am eager to just soak up as much life as I can now and discover later how it has filtered into my photographic ideas and processes. Up until now, I have found joy in photographing people, but perhaps ten years from now I’ll be concentrating on landscapes! Who knows …. I just look forward to working on whatever subject that inspires me at a given time – and approaching it through whatever medium that makes sense.

The photographers whose work first resonated with me still inspire me now. The first few photography books I owned were Robert Frank’s The Americans, Bruce Davidson’s Brooklyn Gang, and Eugene Richards’ Dorchester Days. These books inspire and motivate me even more today. I continue to follow everything that Eugene Richards does – I just love his documentary work. I also continually find inspiration in the dreamlike photographs of Keith Carter and the story telling of Philip-Lorca diCorcia and Gregory Crewdson.