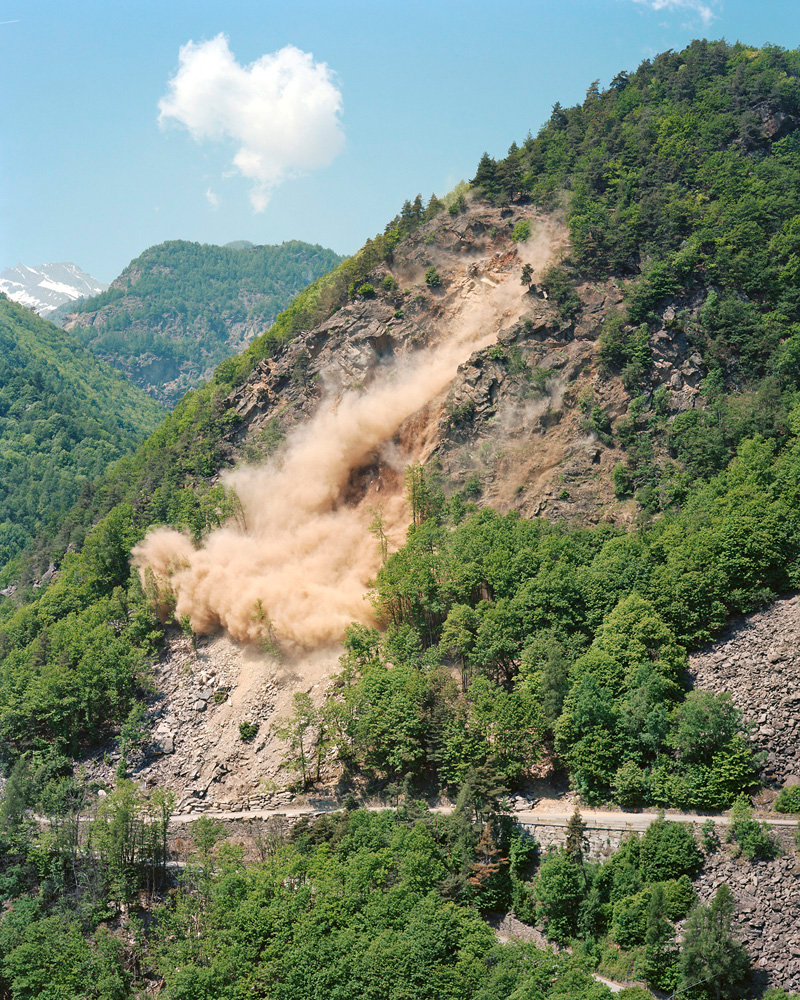 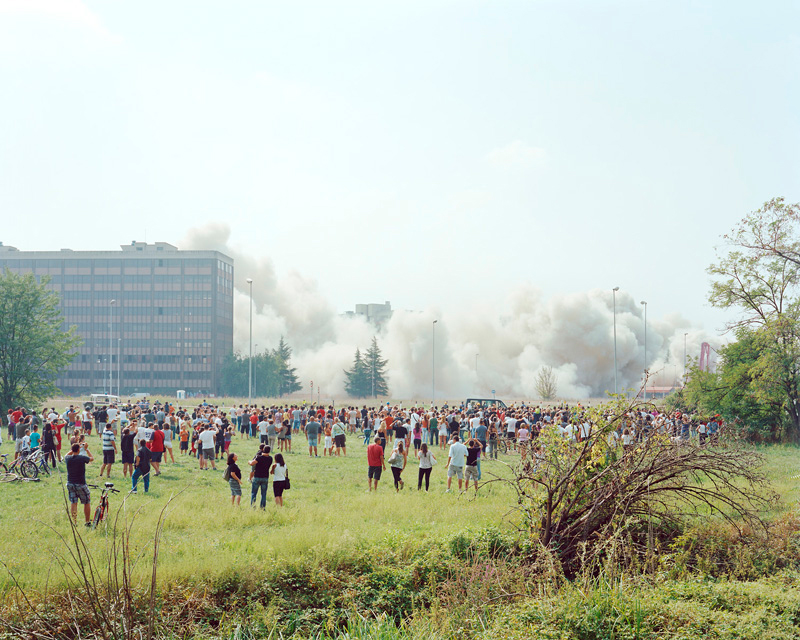 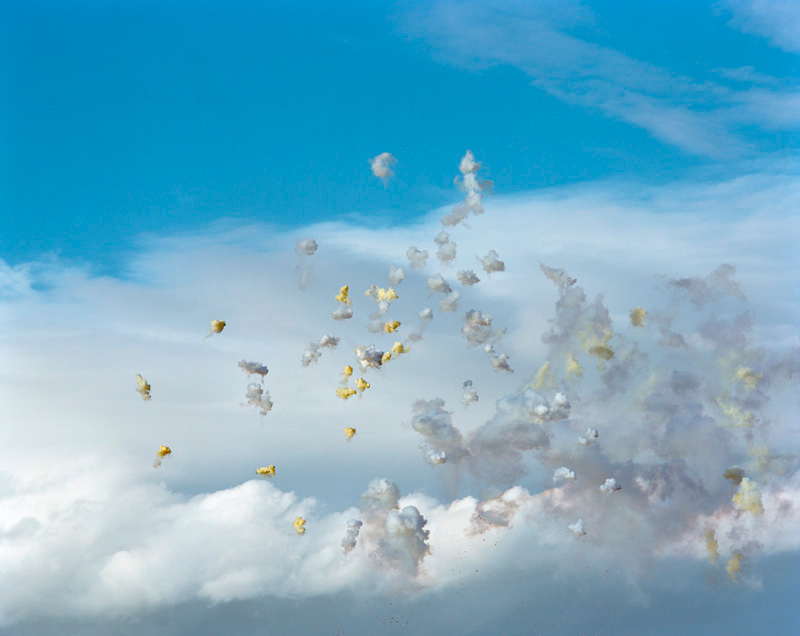 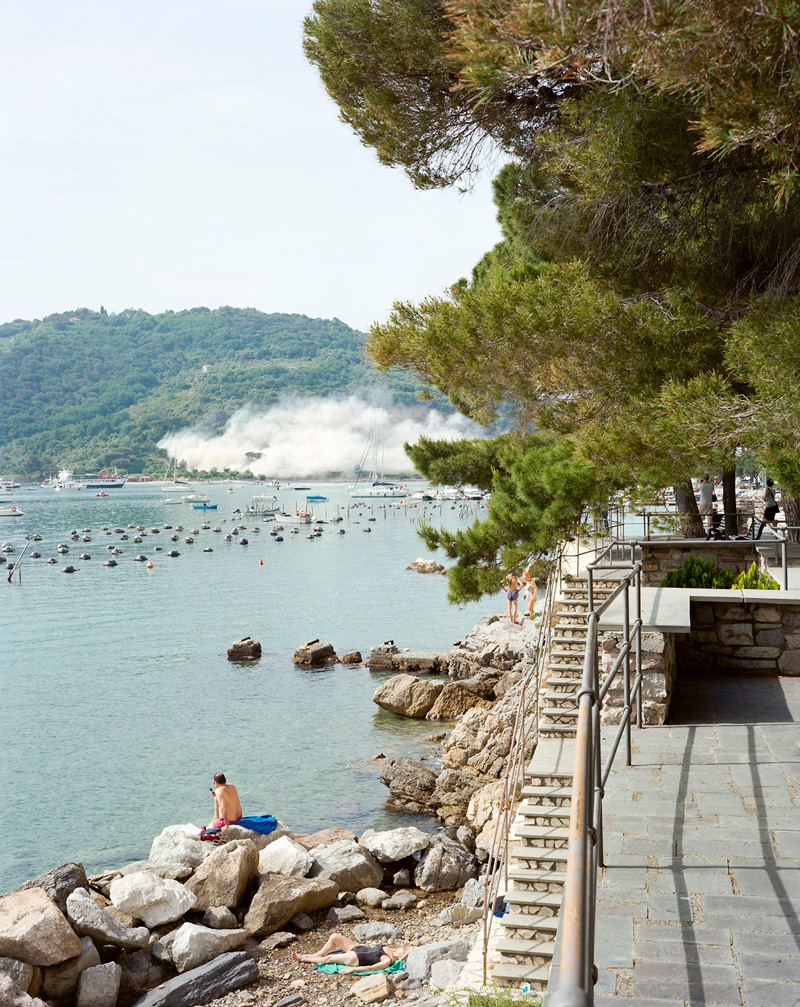 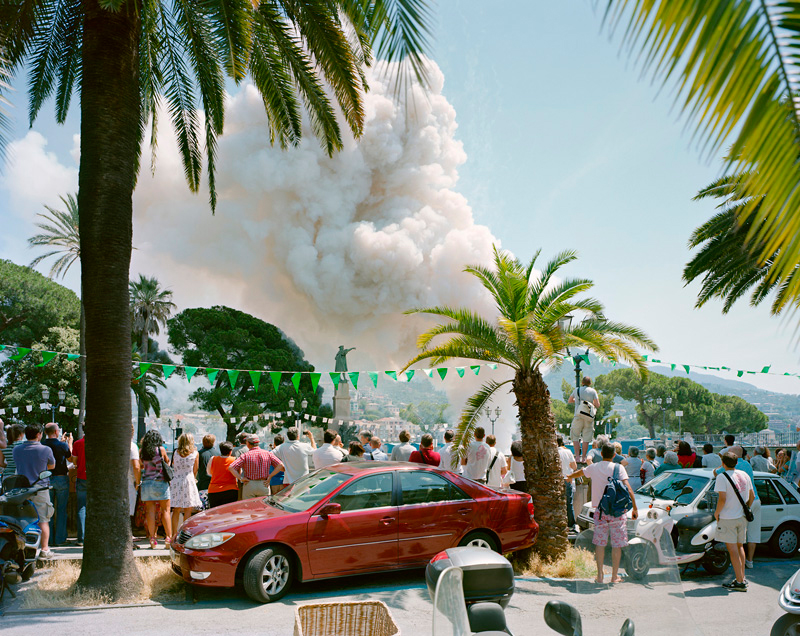 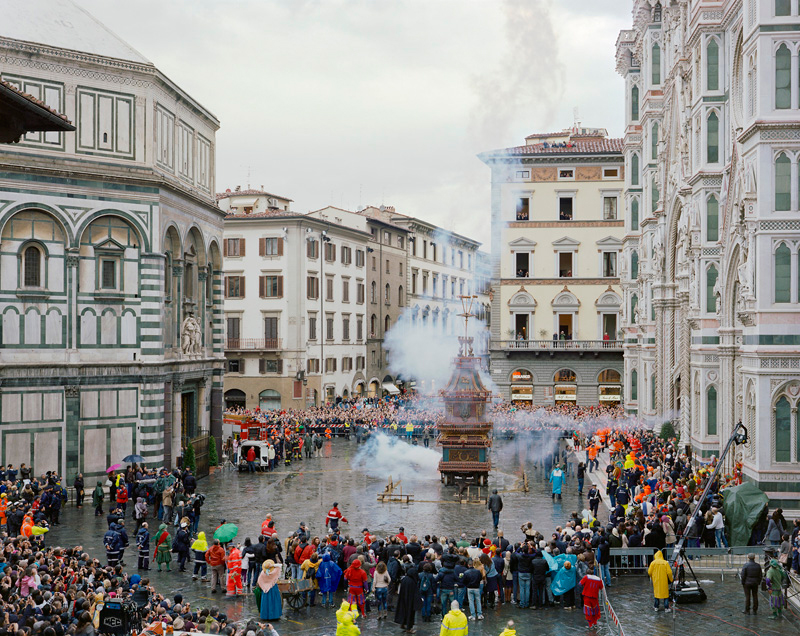 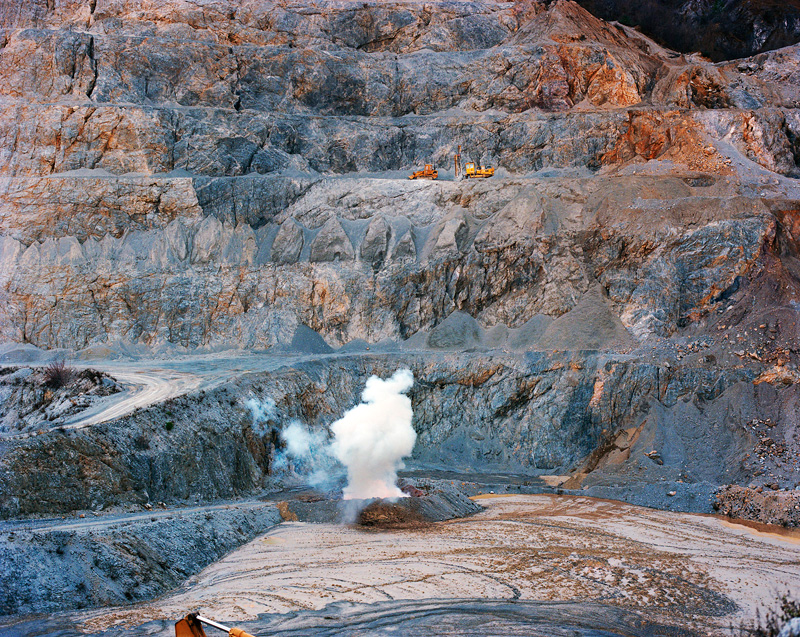 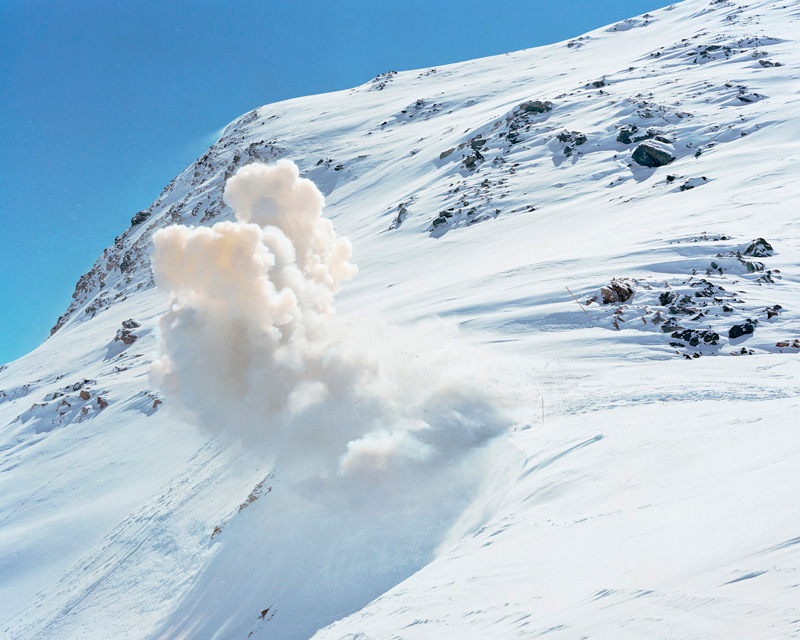 The idea to photograph explosions might have been suggested to Italian photographer Andrea Botto by his own last name: ‘botto’ is Italian for ‘bang, explosion’. The interesting thing about this series, called KA-BOOM, is the explosions are not framed in war fields or any other such context, but in otherwise peaceful settings, posing the unescapable question ‘What the hell is going on there?‘.

Far from providing an answer to this question, Botto’s interest rather lies in the explosion itself as a metaphor for a crumbling world, whose destruction we often watch unresponsively. An exhibition of KA-BOOM is currently open at Bugno Art Gallery in Venice. For an insightful interpretation of Botto’s work, read below a short review by the exhibition’s curator Francesco Zanot.

Andrea Botto’s photographs are the result (or the measure) of a delay. The photograph is not taken at exactly the same time as the blast but immediately afterwards. It is a matter of a few seconds, perhaps even less, and yet the difference is substantial. Indeed, in order to ‘see’ an explosion it has to have already taken place, like a sound that can only be heard by its echo. The photographs of KA-BOOM reveal cause through effect, highlighting a feature of this process which is as commonplace as it is frightening: irreversibility.

As well as the subject there is a constant feature found in every photograph in this series and that is the distance from which they are taken. It is generally quite long and sufficient to allow us to feel safe from any danger. Our position, or rather the photographer’s position, can therefore be read in two different ways. It is both that of a curious bystander faced with an unusual spectacle and that of a bomber delighting in the destruction he has wreaked. Leaving aside our innocence or complicity, these photographs remind us that looking is never a neutral act.

Everything sways, shudders and cracks in Andrea Botto’s photographs, not just the concrete of the buildings or the faces of the mountains but also the unambiguousness of our position and the rules of the past. In offering a vision of reality, these photographs urge a reassessment of it.