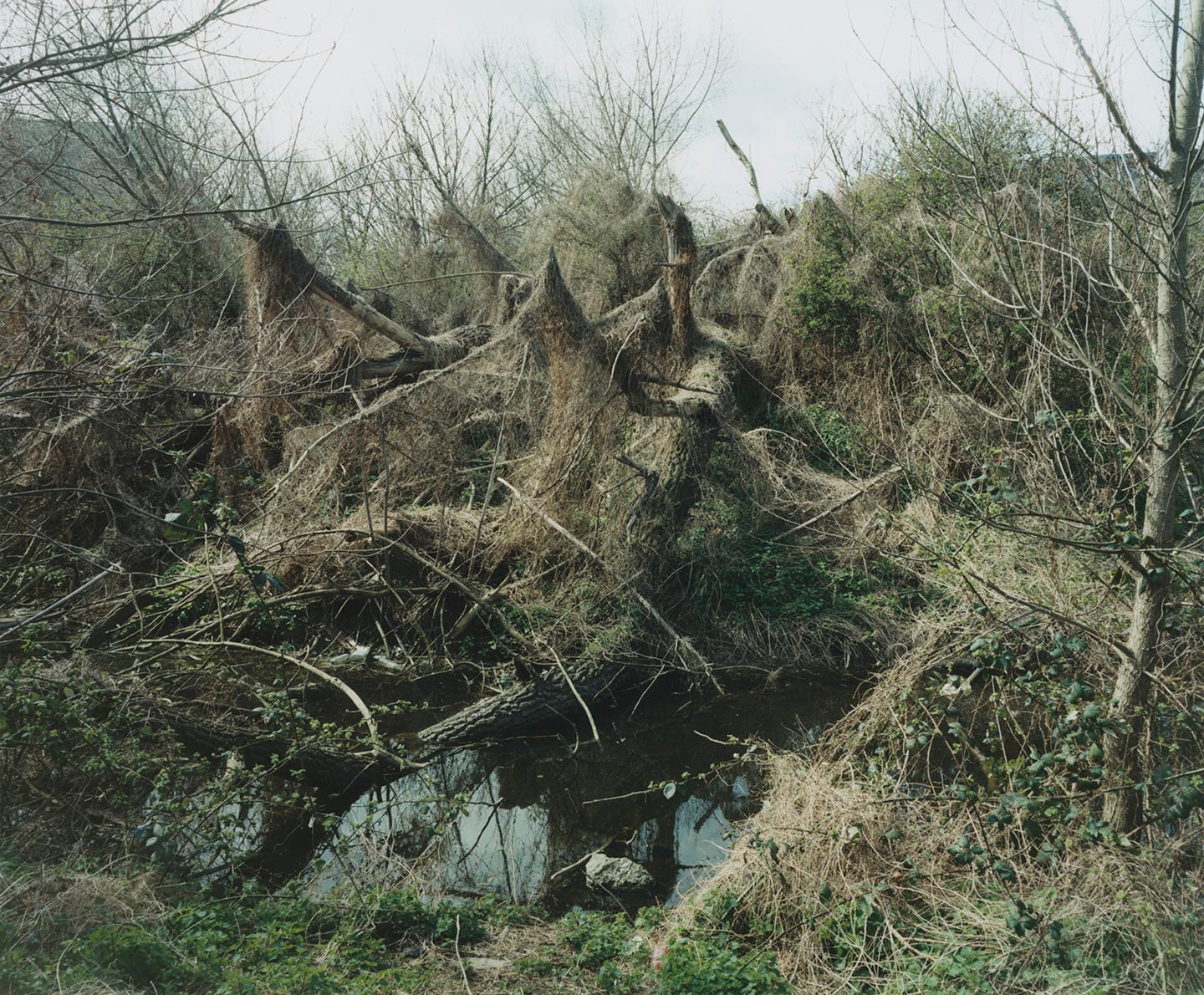 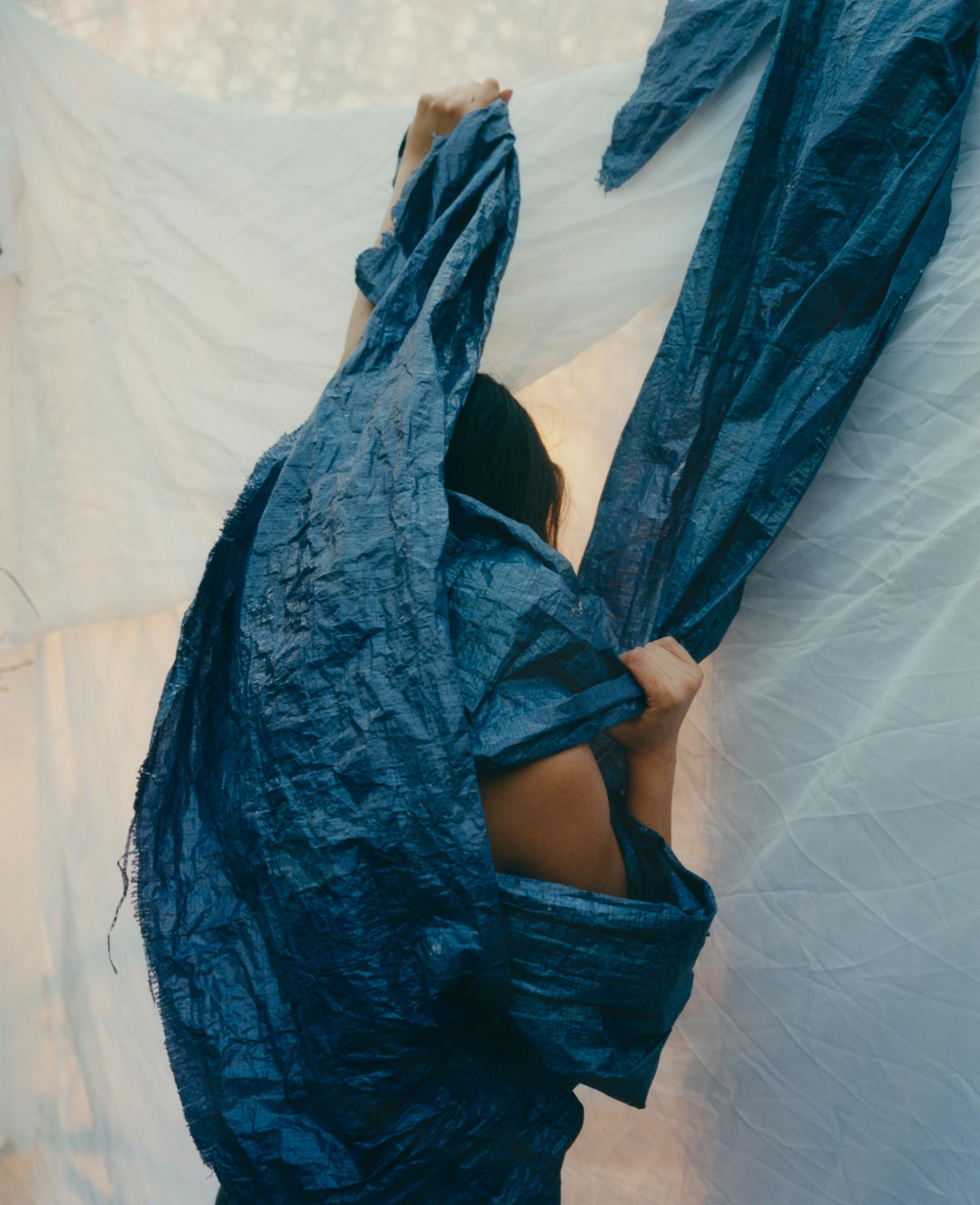 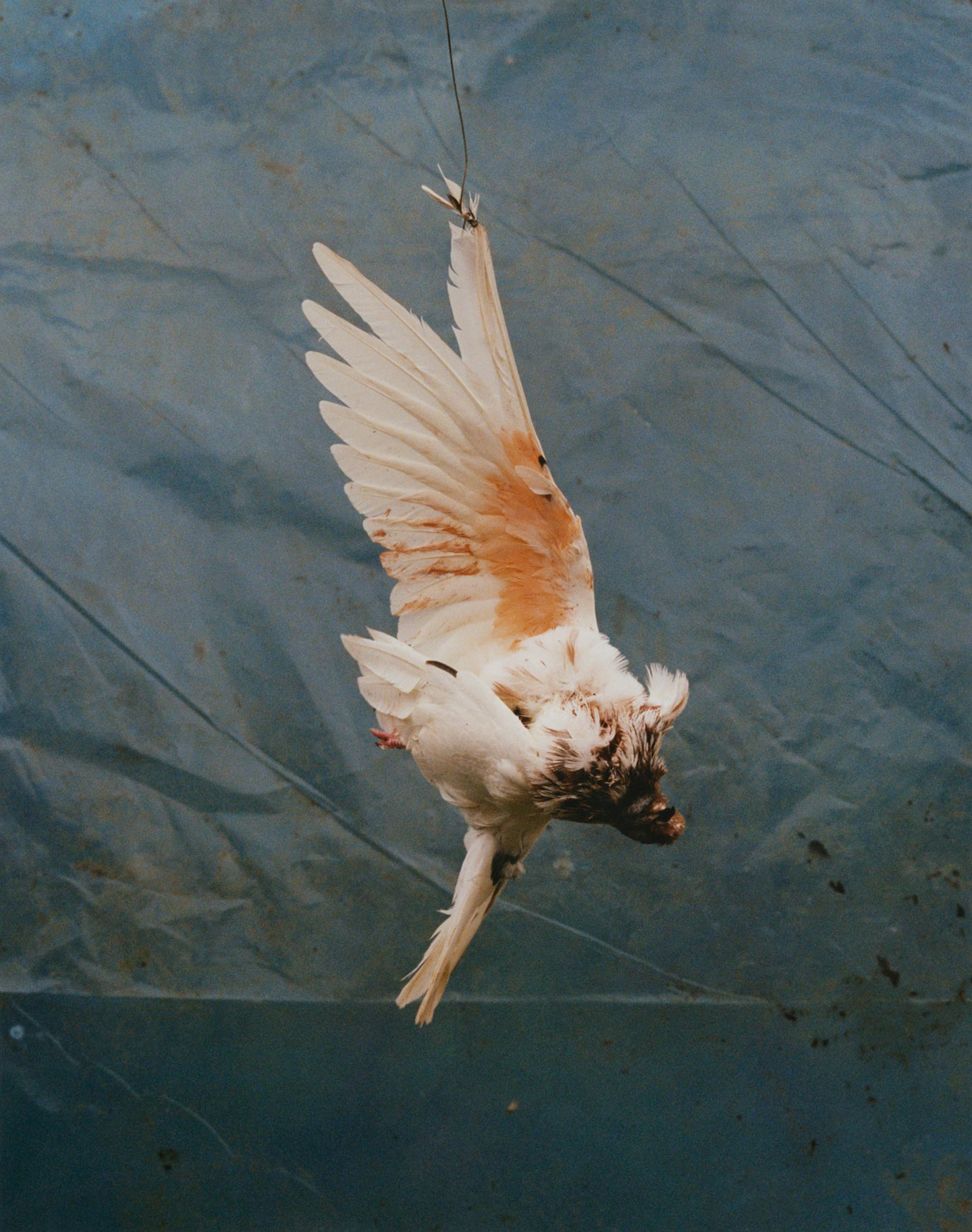 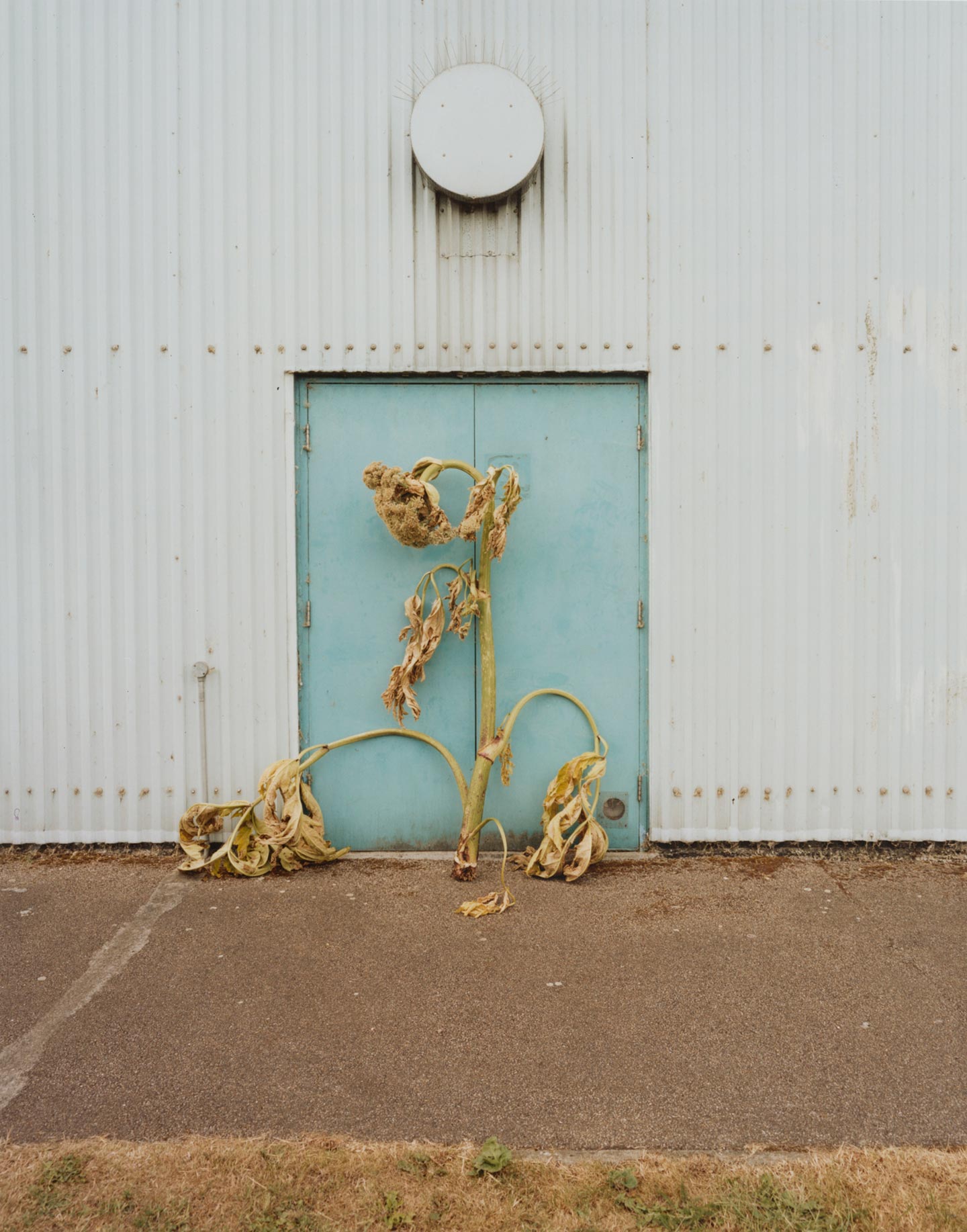 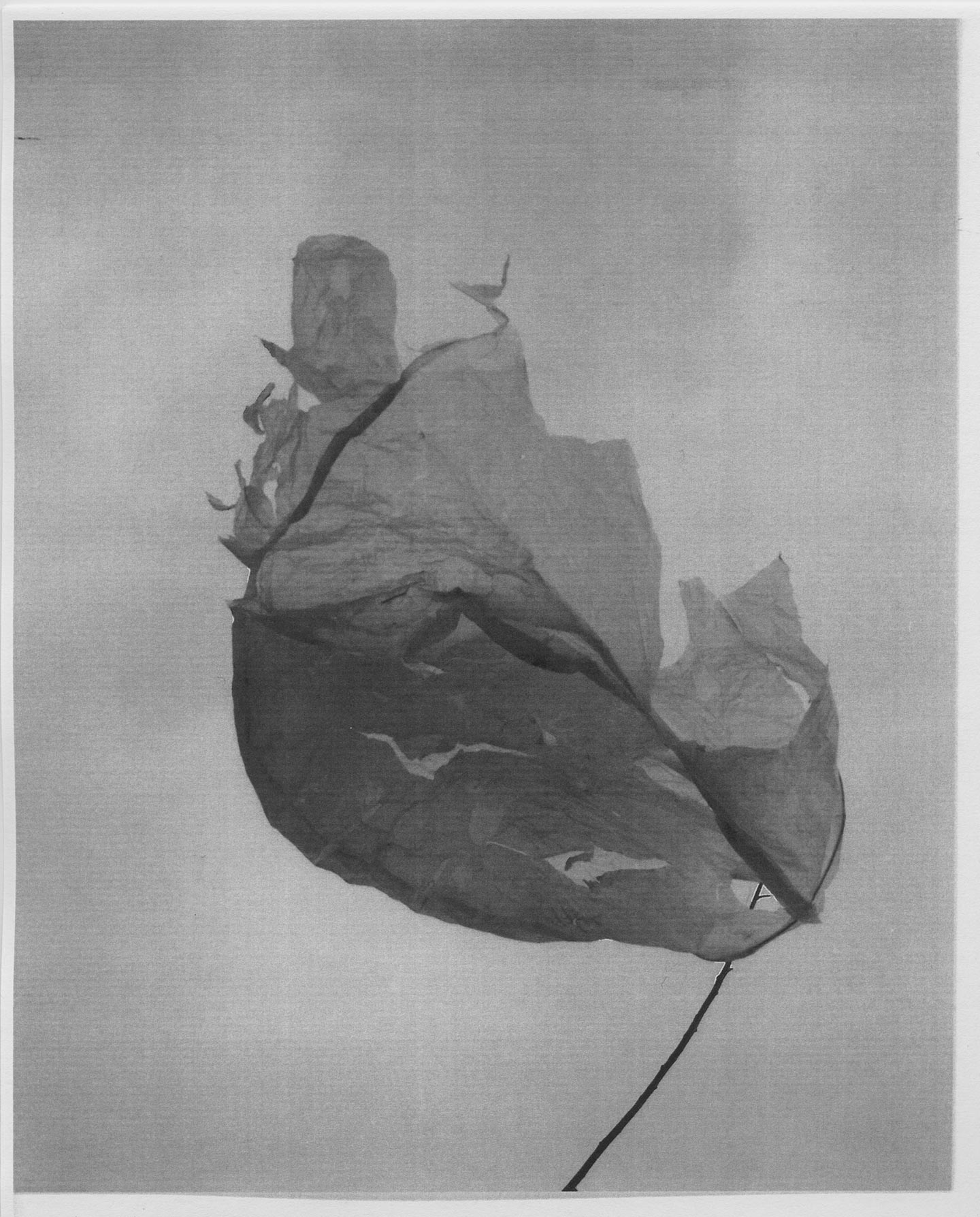 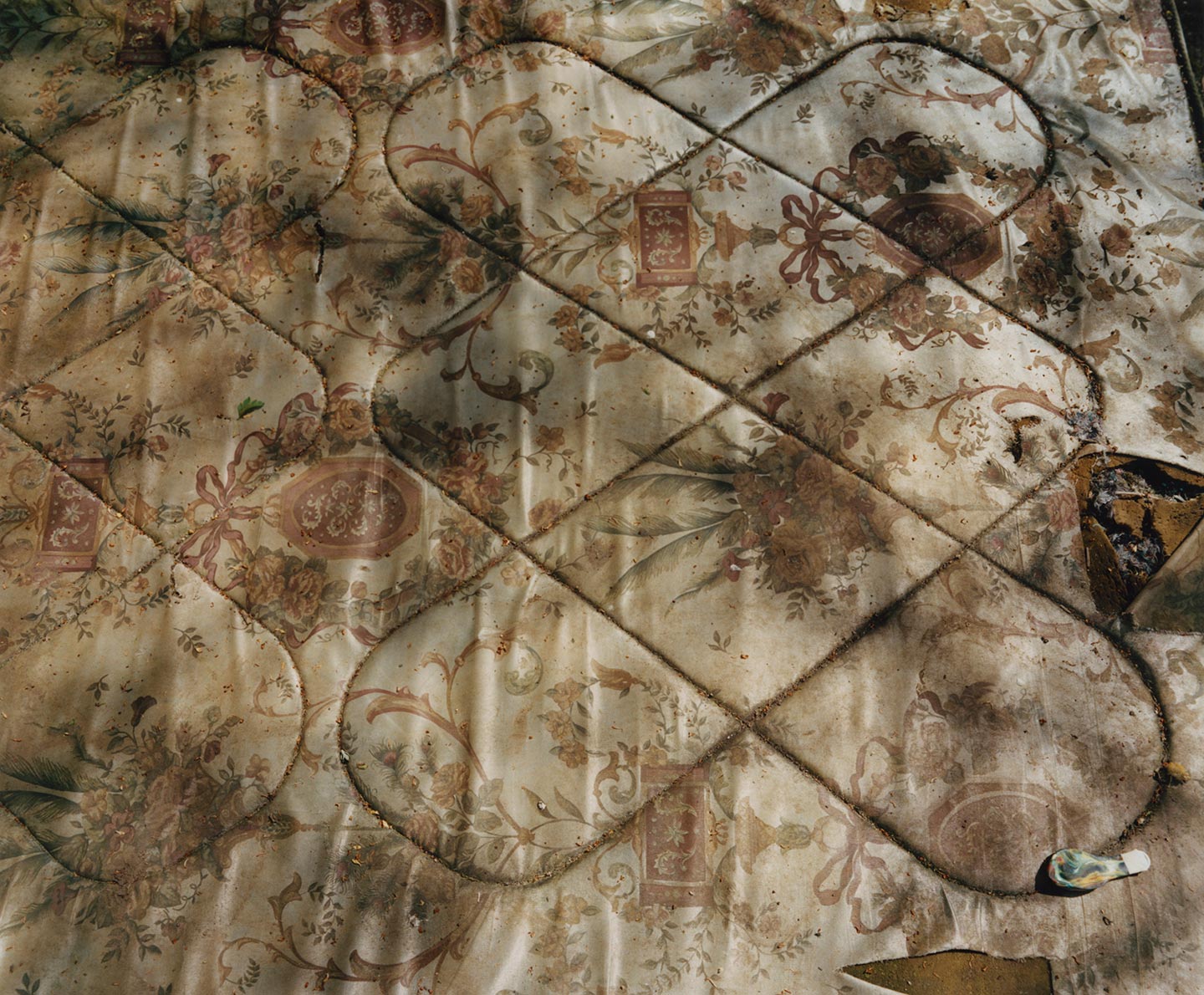 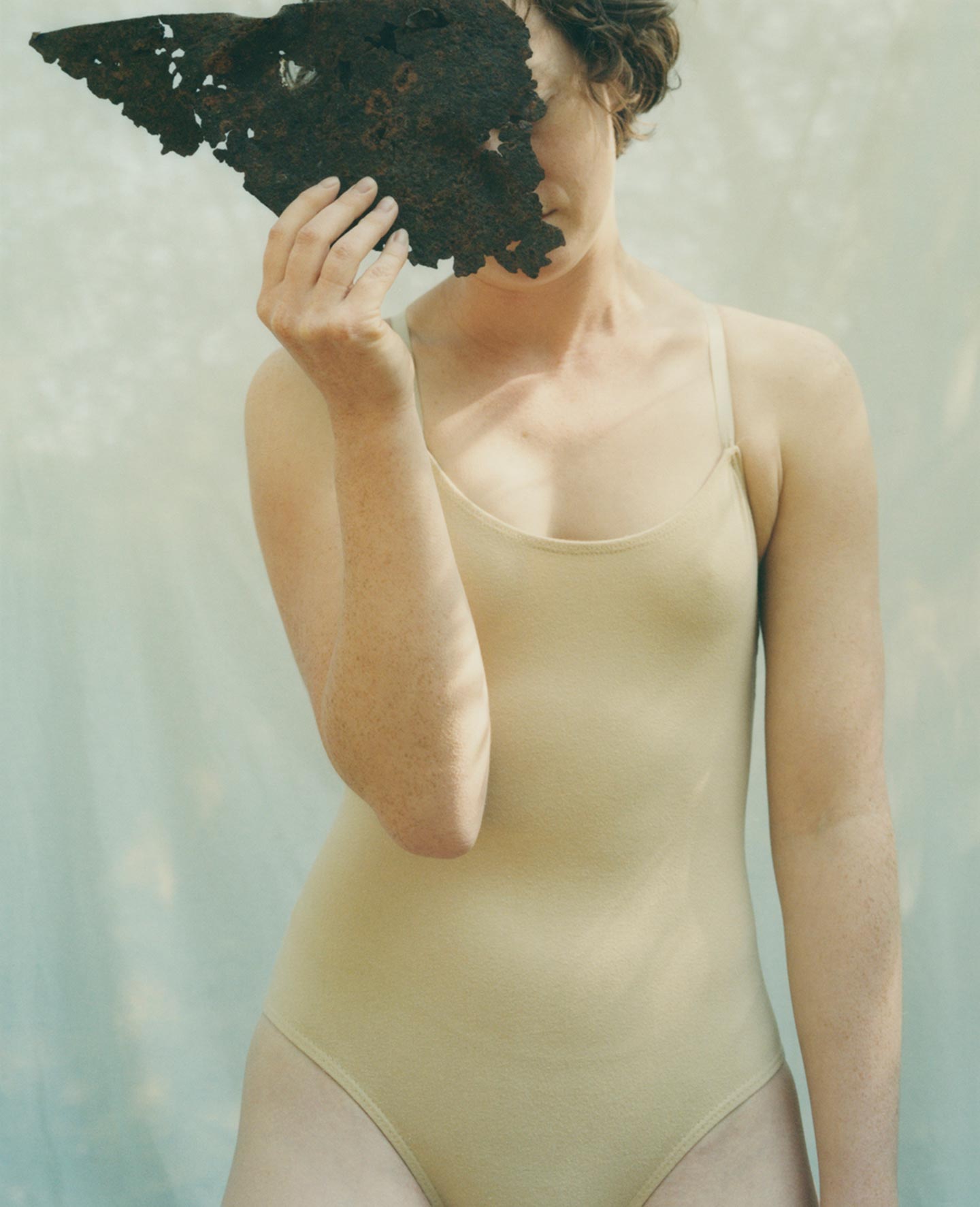 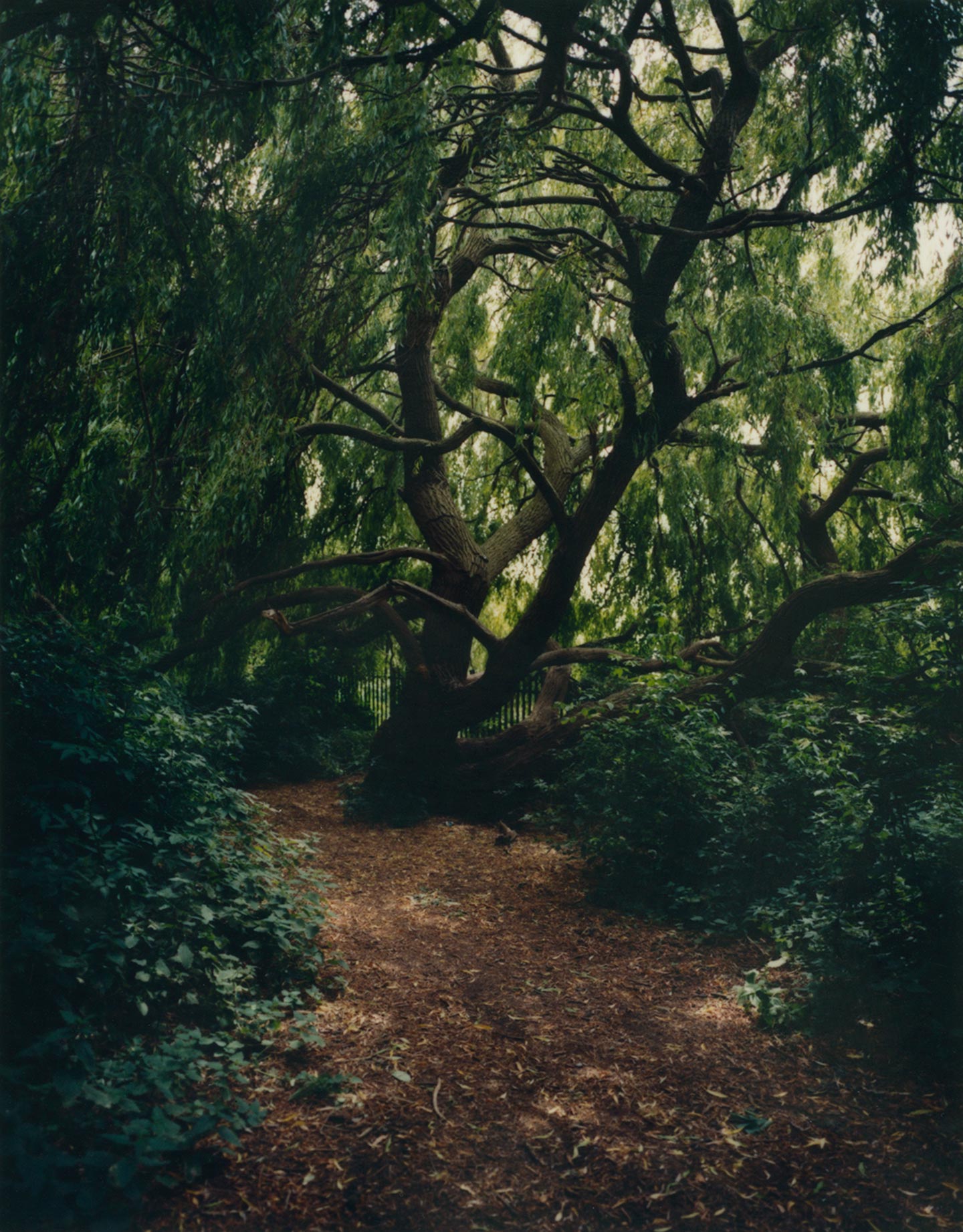 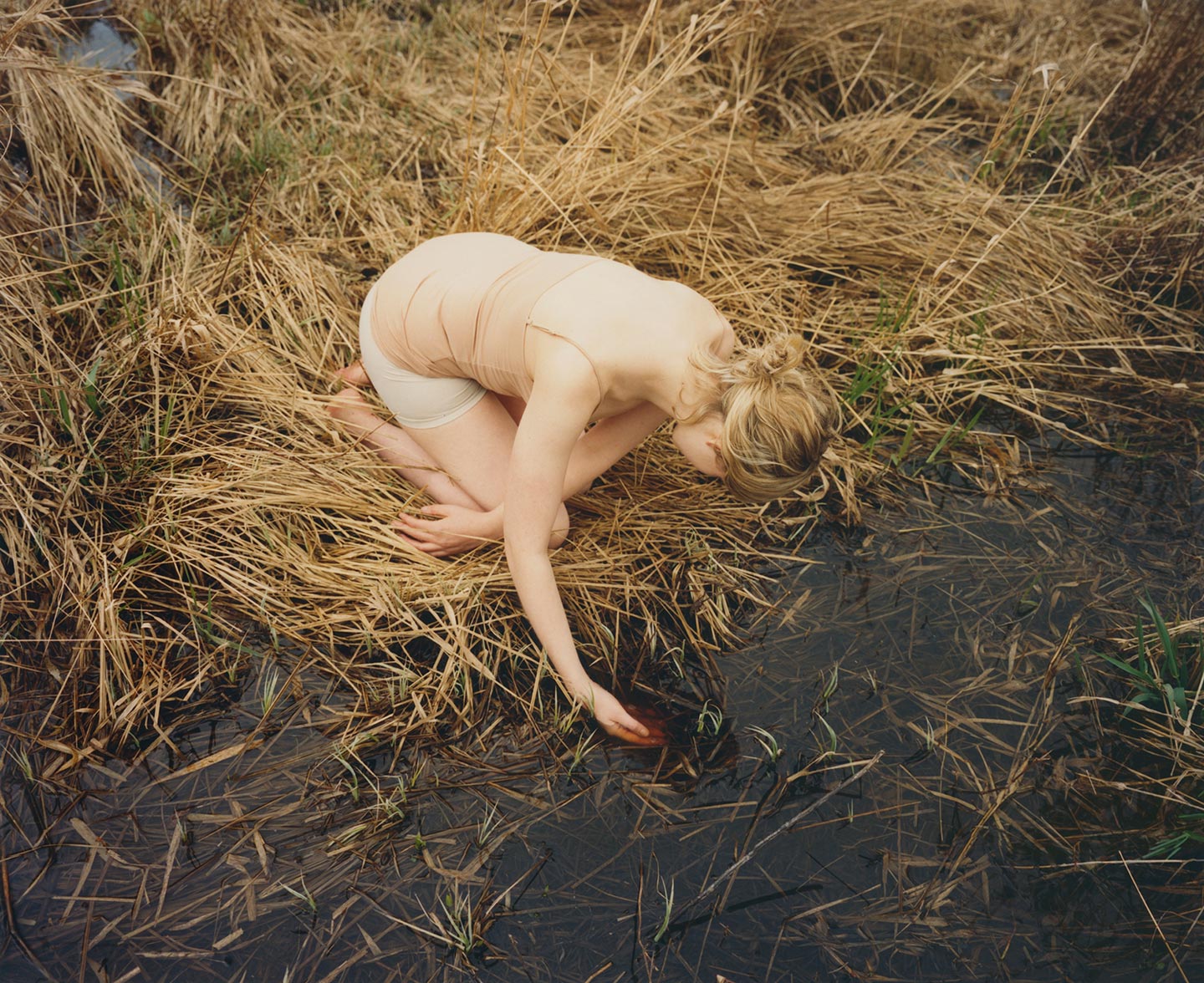 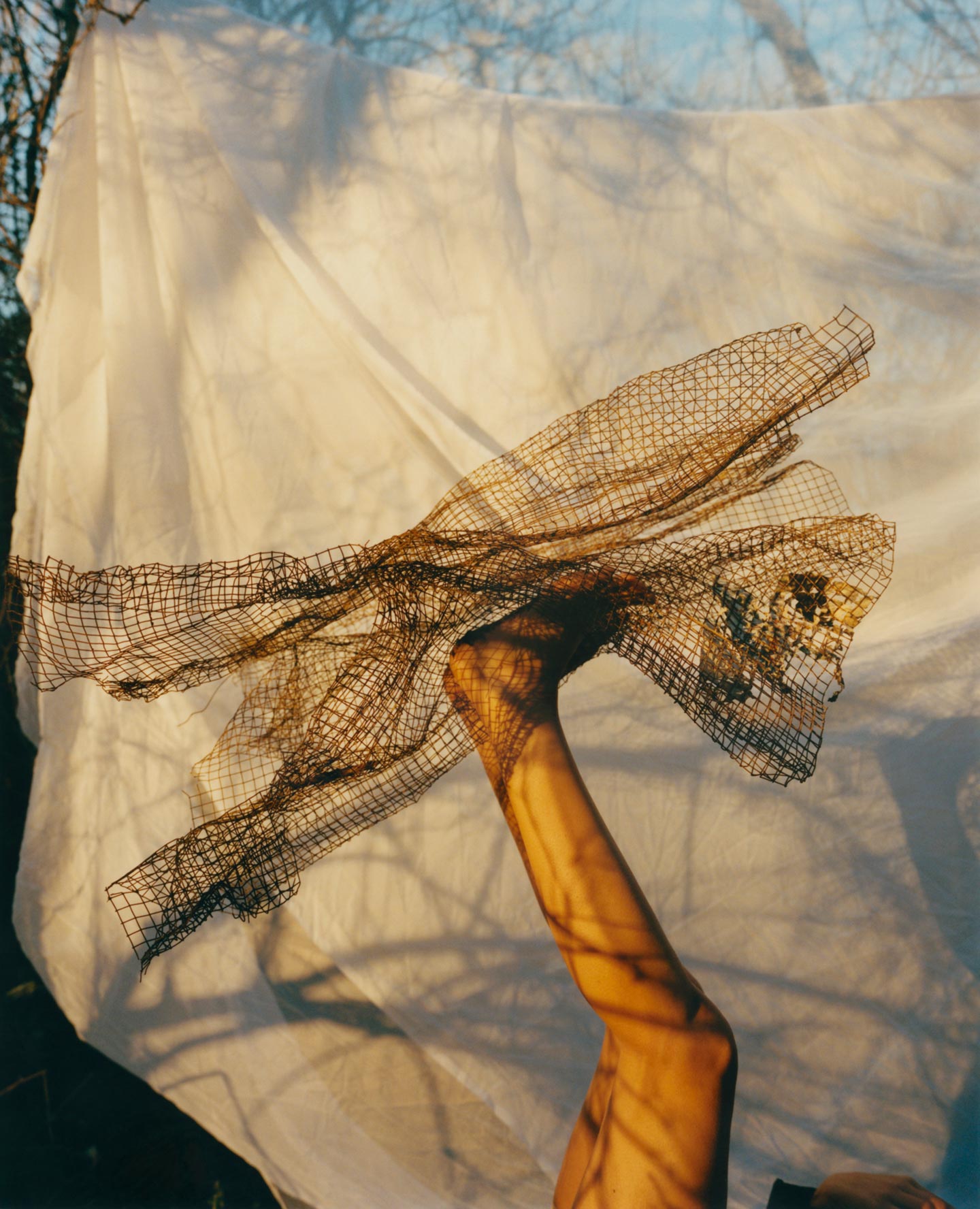 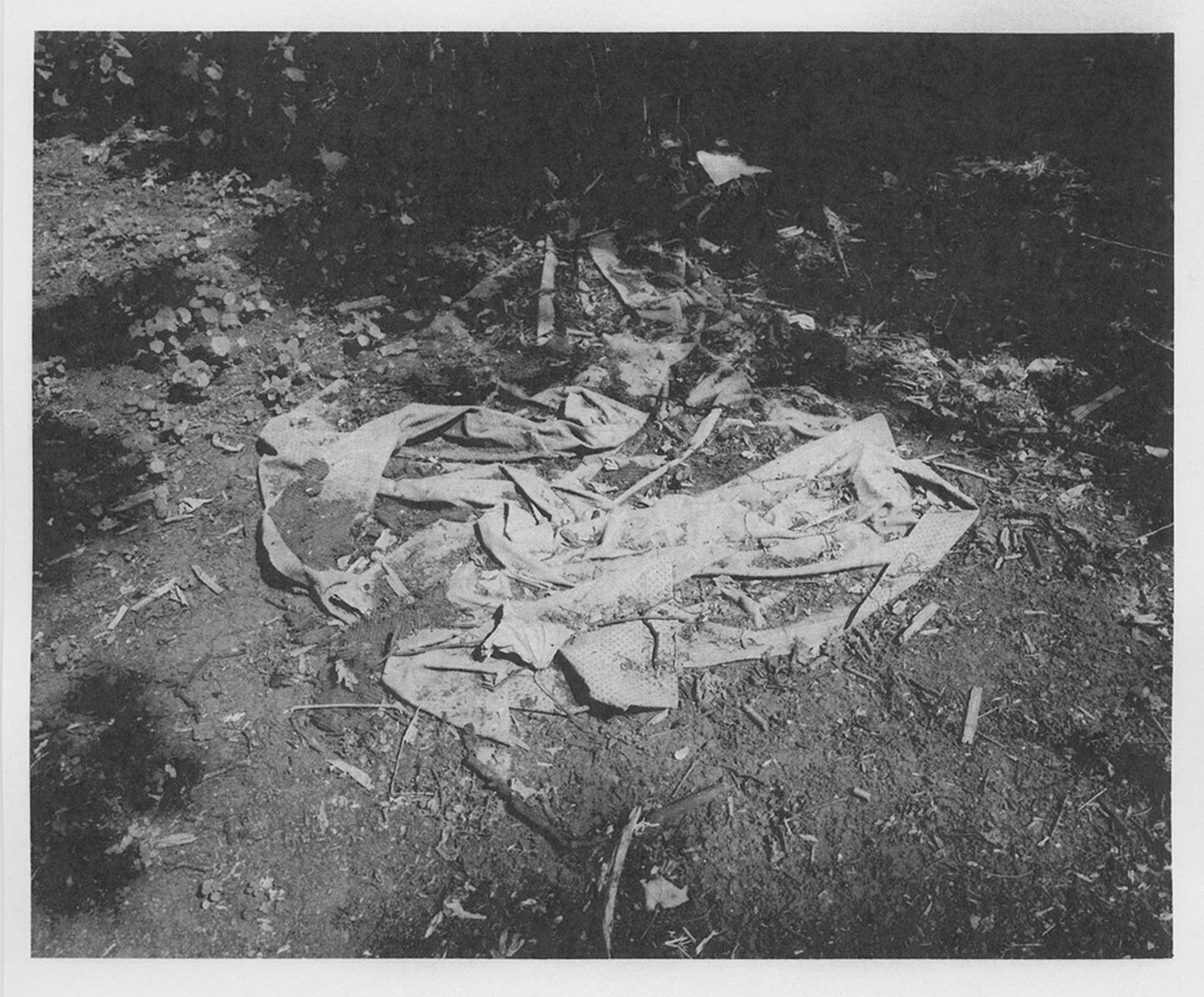 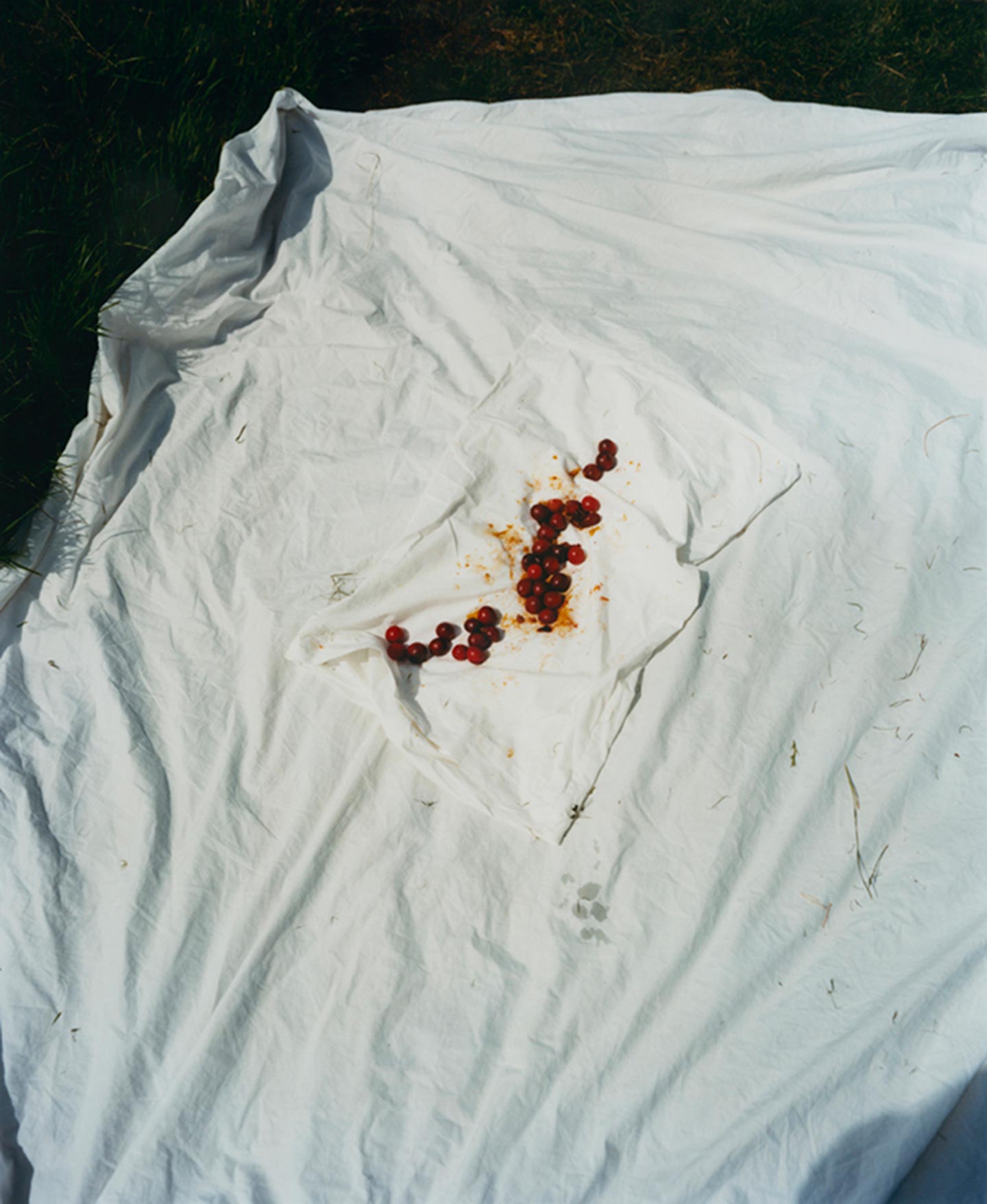 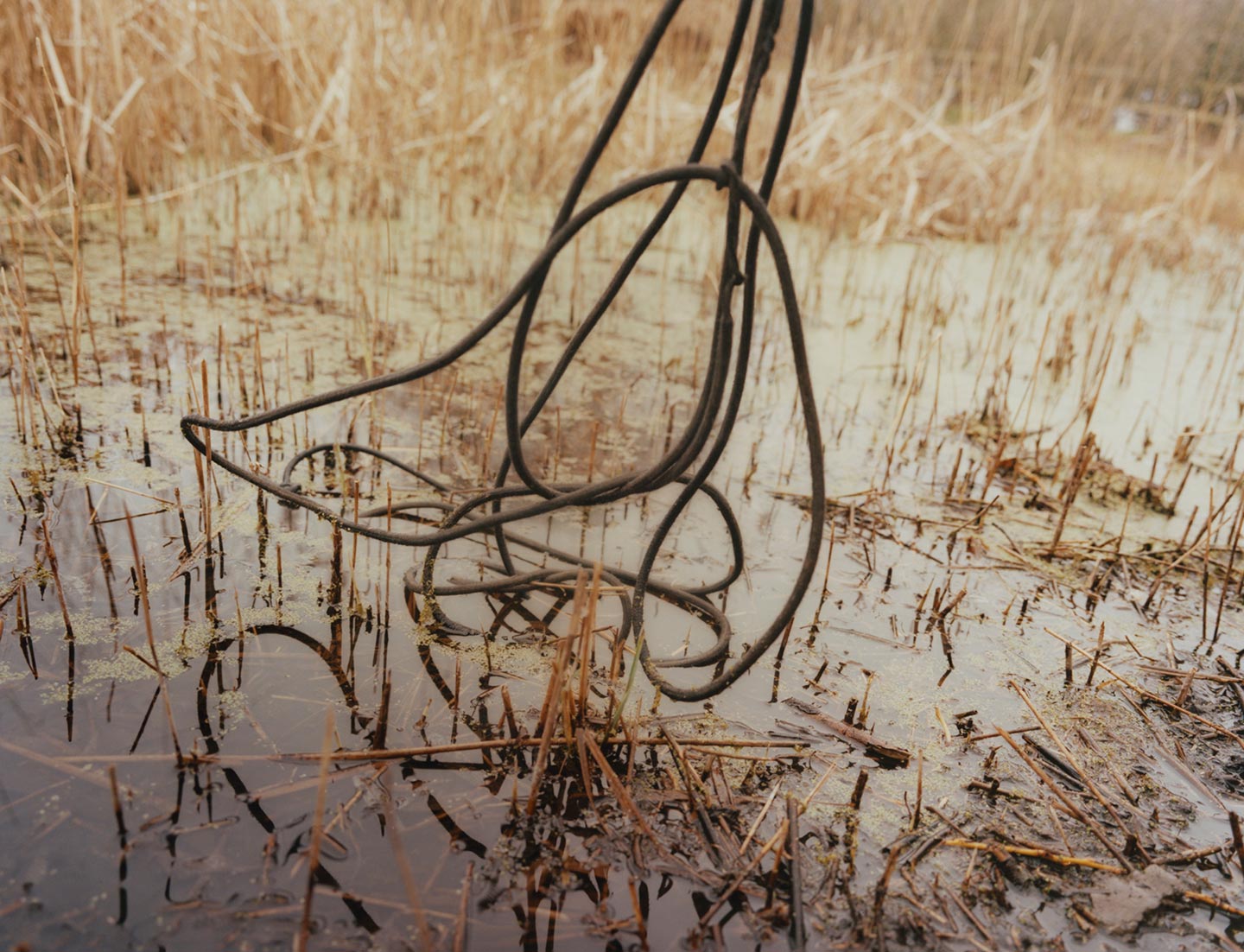 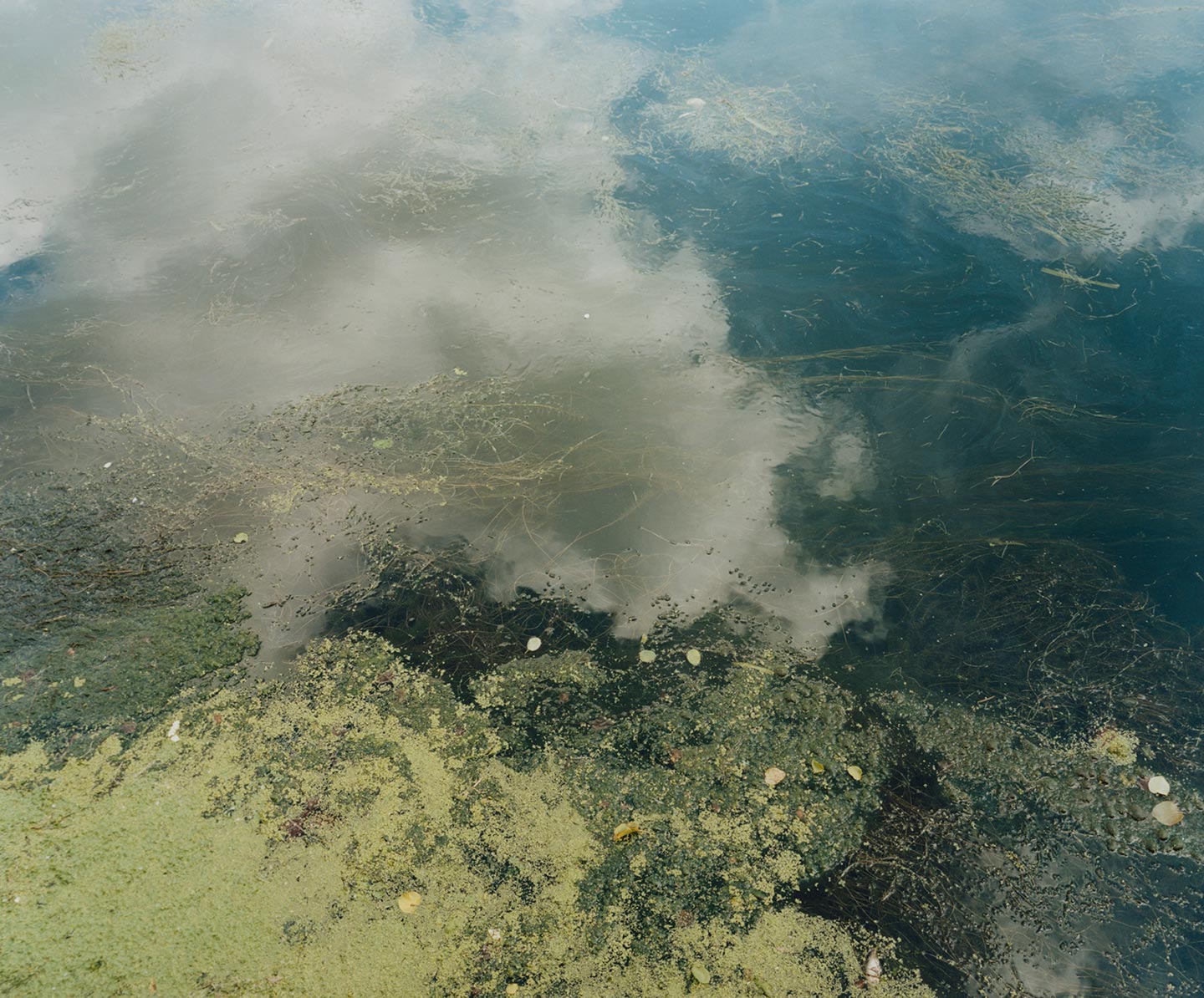 Inside the Spider by 32 year-old British photographer Suzie Howell is a series of images that explore Suzie’s changing relationship with an area called Walthamstow Marshes in East London. “In 2014, I moved to a flat at the edge of Walthamstow Marshes” Suzie remembers. “I had explored the marshes before, but now that it was on my doorstep, I found myself going there several times a week. The marshes are one of the last natural wetlands in London and are home to a lot of wild flora and fauna that’s uncommon to the city, so it’s a really beautiful and special landscape to walk around. I took my camera with me on these solitary walks and began taking photos of the quiet scenes of nature that I came across. Whilst it was the natural beauty of the place that initially inspired this project, over time I also became interested in the various discarded objects and signs of human activity that I often came across. These were particularly common if I ventured off the beaten track into the wilder, more overgrown areas. The objects I found ranged from various bits of material used to build shelters, to endless piles of rubbish from free parties and pieces of scrap metal dumped there. On every walk I would always come across something new. These signs of life were fascinating to me, they gave me glimpses into what people used this land for and I began to see a new side to the area that wasn’t just a beautiful spectacle. I would often take these objects and re-sculpt them into the landscape as a way of exploring what the item signified. It was also a way of connecting to the landscape and making my own mark on it.”

In the summer of 2015, Suzie’s project took a new direction following a series of attacks on lone female cyclists and joggers that occurred in that area at the time. “These assaults were carried out by a man who was never apprehended by the police, so I decided it was no longer safe to go there on my own. (This is perhaps something I should have considered before the attacks, as I had often felt quite exposed on the marshes, particularly in the more isolated areas away from the main path). I began taking somebody with me on these walks, which in turn led to the idea of incorporating female figures within the images. I would ask friends to interact with the objects that we encountered as a way of engaging with the surroundings in a fresh and different way. The images I took changed the mood of this work and gave it a darker and more helpless kind of feel. I tried to steer away from too many of these defenceless images in the final edit but at the same time I didn’t want to shy away from this vulnerable feeling that I had out there even before the attacks.”

About the images, Suzie says that “with photography I often want to abstract a situation or rebuild it in some way to make it more personal and reflective of how I feel about the subject. A lot of my work is very intuitive and led by emotion so I’m quite playful with objects and figures and I will just keep going with them until the shot feels representative of the atmosphere. Sometimes it’s almost like a collaborative performance between the subject and myself. Inside the Spider was very much led by the act of going on the same repetitive walk around the landscape and seeing what I came across each time. I would use this looped walk as the basis for where I would go and then I would let my intuition take me off on different hidden paths I hadn’t noticed before.”

Suzie’s main inspiration for Inside the Spider was The Sly and Unseen Day, an exhibition of works by painter George Shaw: “He sees the glory and beauty in the detritus of waste ground and is fascinated by the deteriorated, humble landscape of ordinary people. He celebrates the deserted borderland between town and country that other people might find unremarkable. I also used to read a blog called The Marshman Chronicles by Gareth Rees about his ramblings on the marshes with his dog Hendrix. Unfortunately, I don’t think this blog exists anymore.”

“My work isn’t always a simple representation of what is there; it is often an attempt to portray how a subject makes me feel” Suzie says about her practice. “For me, the most interesting thing that a photographer can do is to convey sensation. I try and create images that give people a sense of what it feels like to be me in the place that I’m in, at the time that I take the photograph.” Some of her favorite contemporary photographers are Gregory Halpern, José Pedro Cortes and Rinko Kawauchi. The last photobook she bought was 1000 words 10 years, and the next she’s going to buy is How To Do The Flowers by Ruth Van Beek.

Suzie’s #threewordsforphotography are:
Look. At. This.