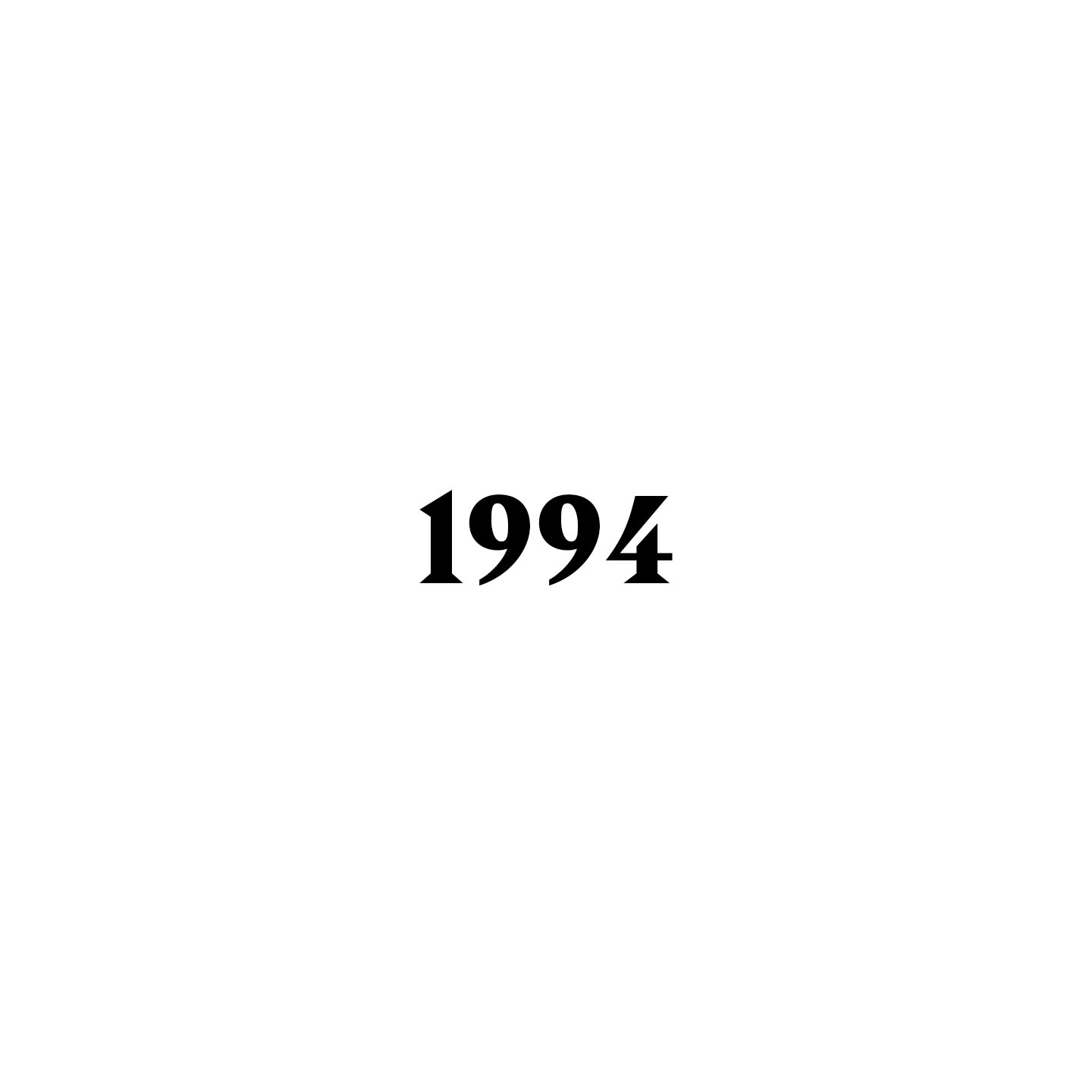 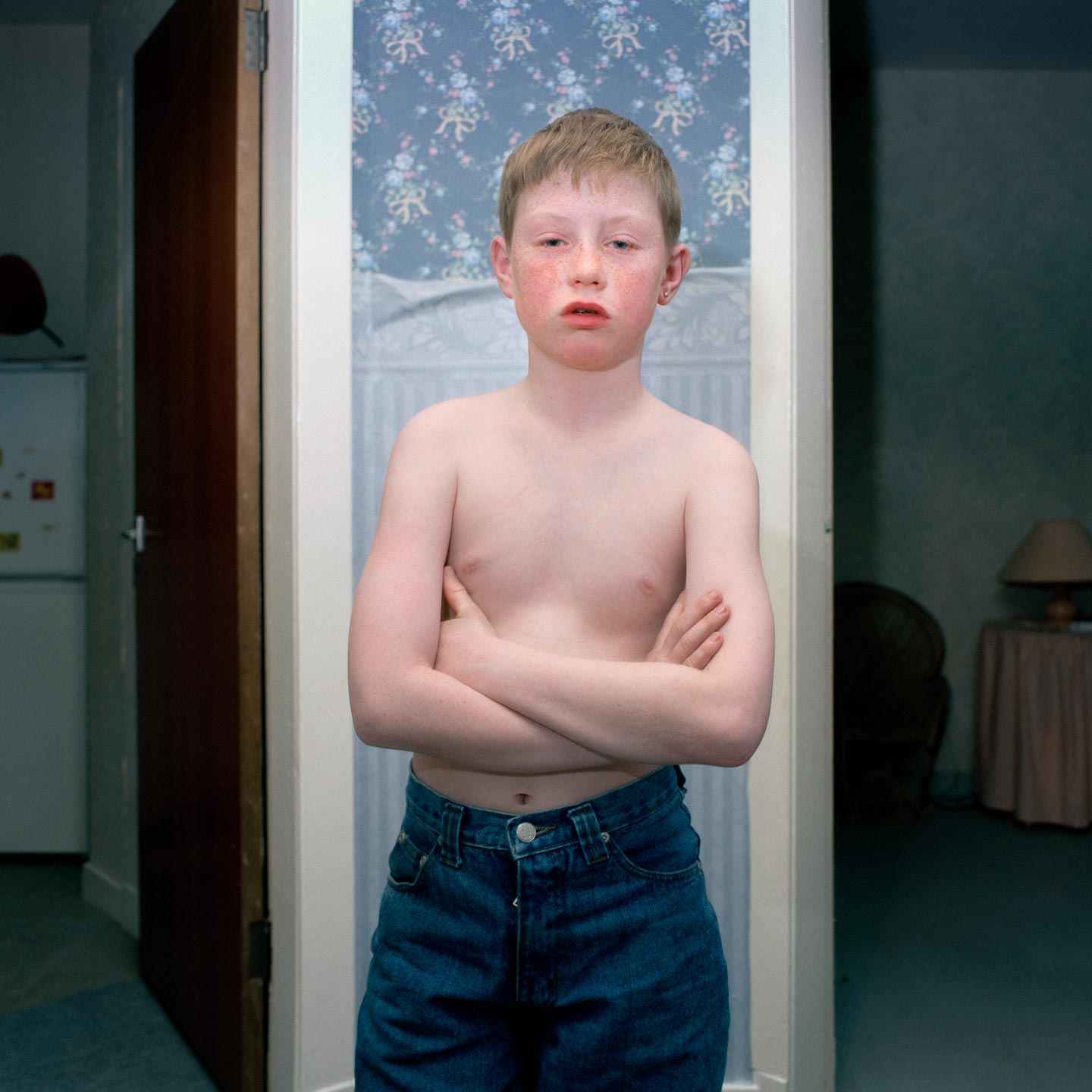 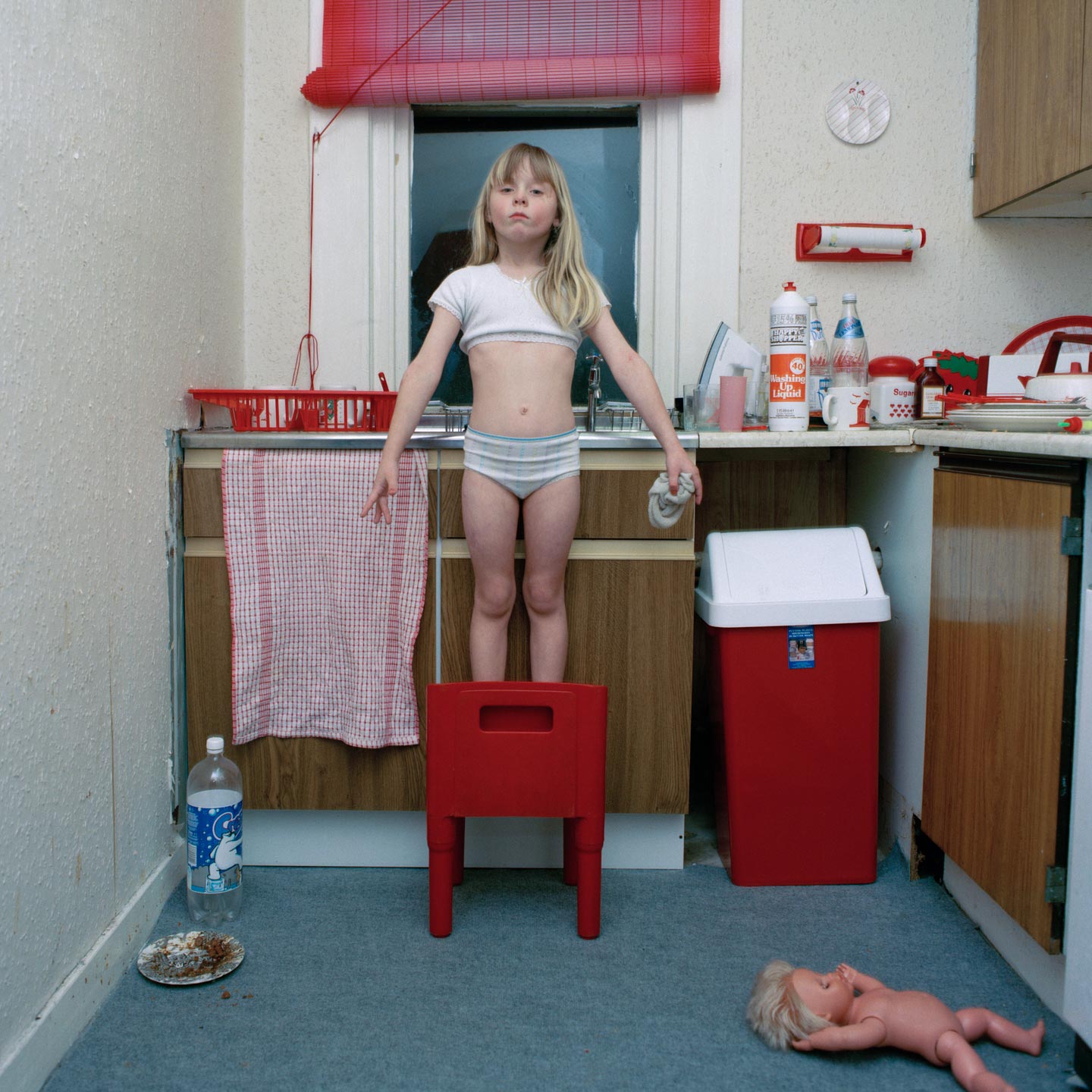 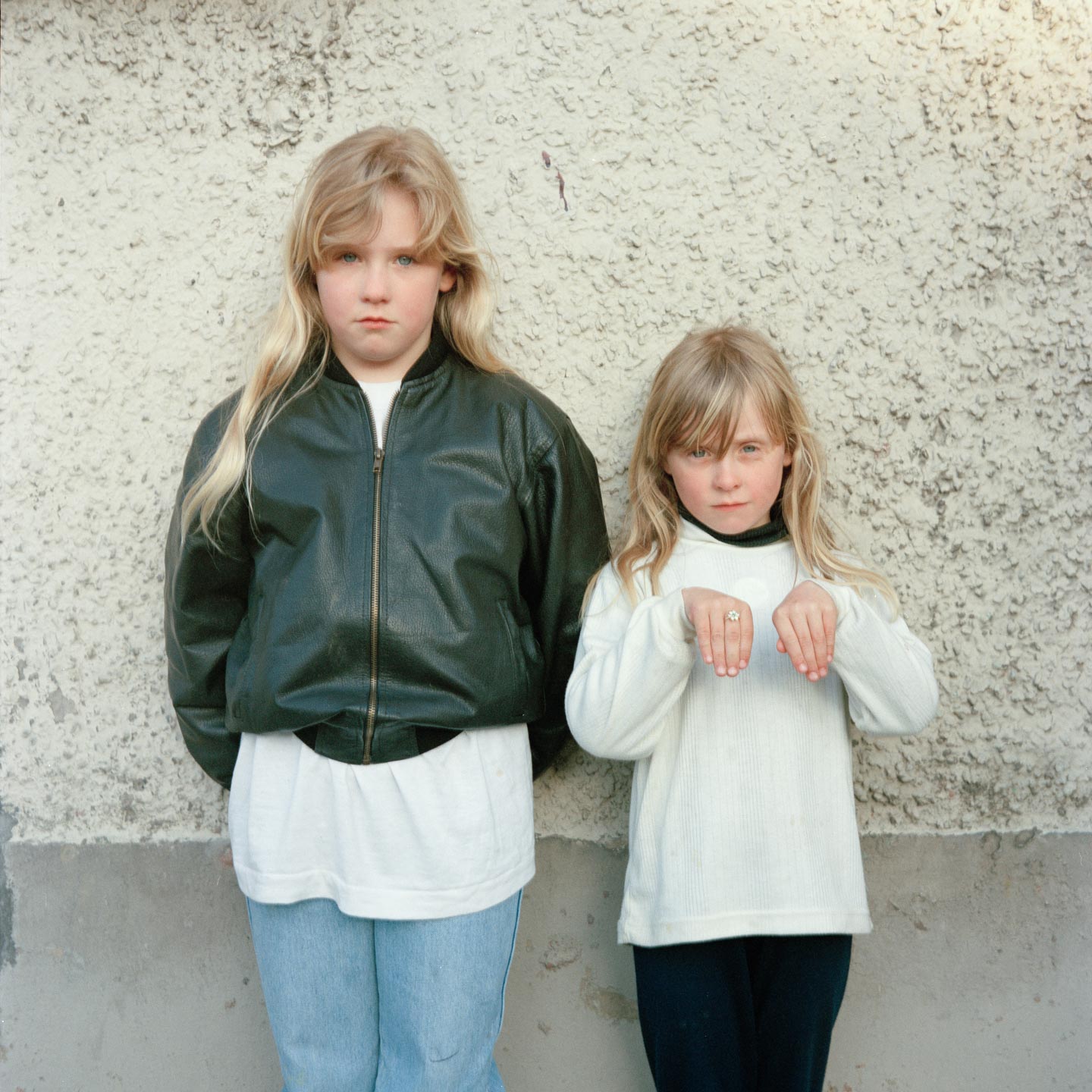 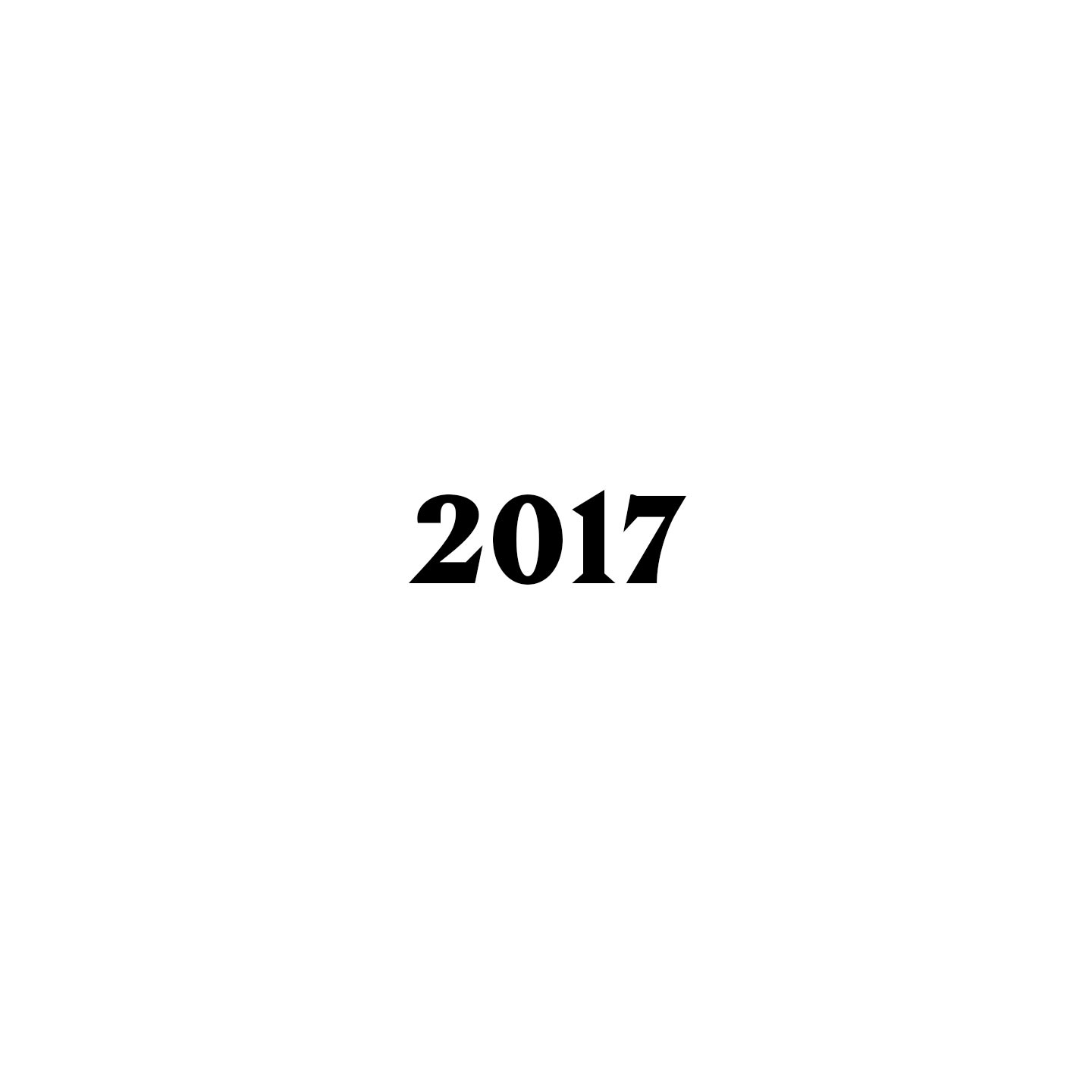 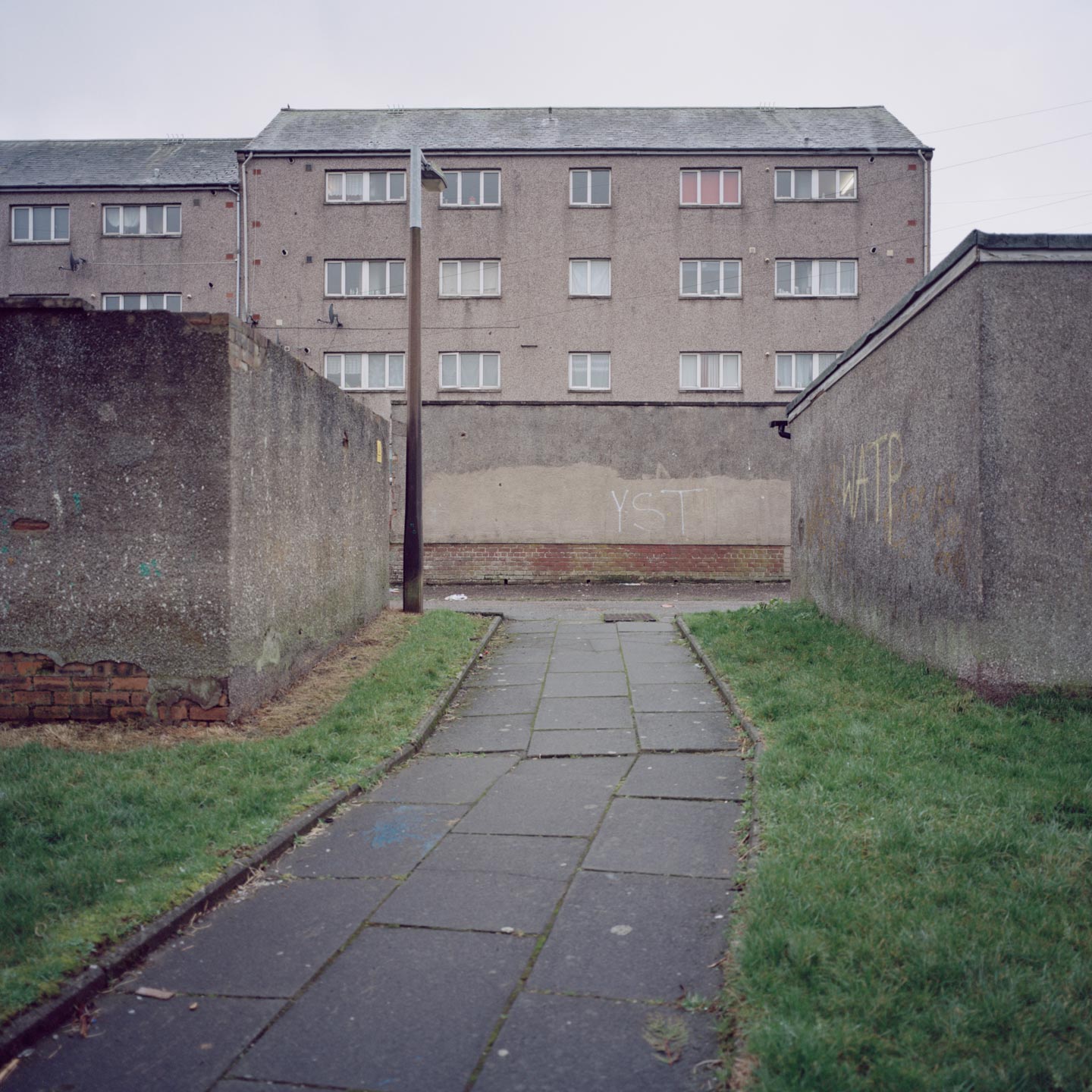 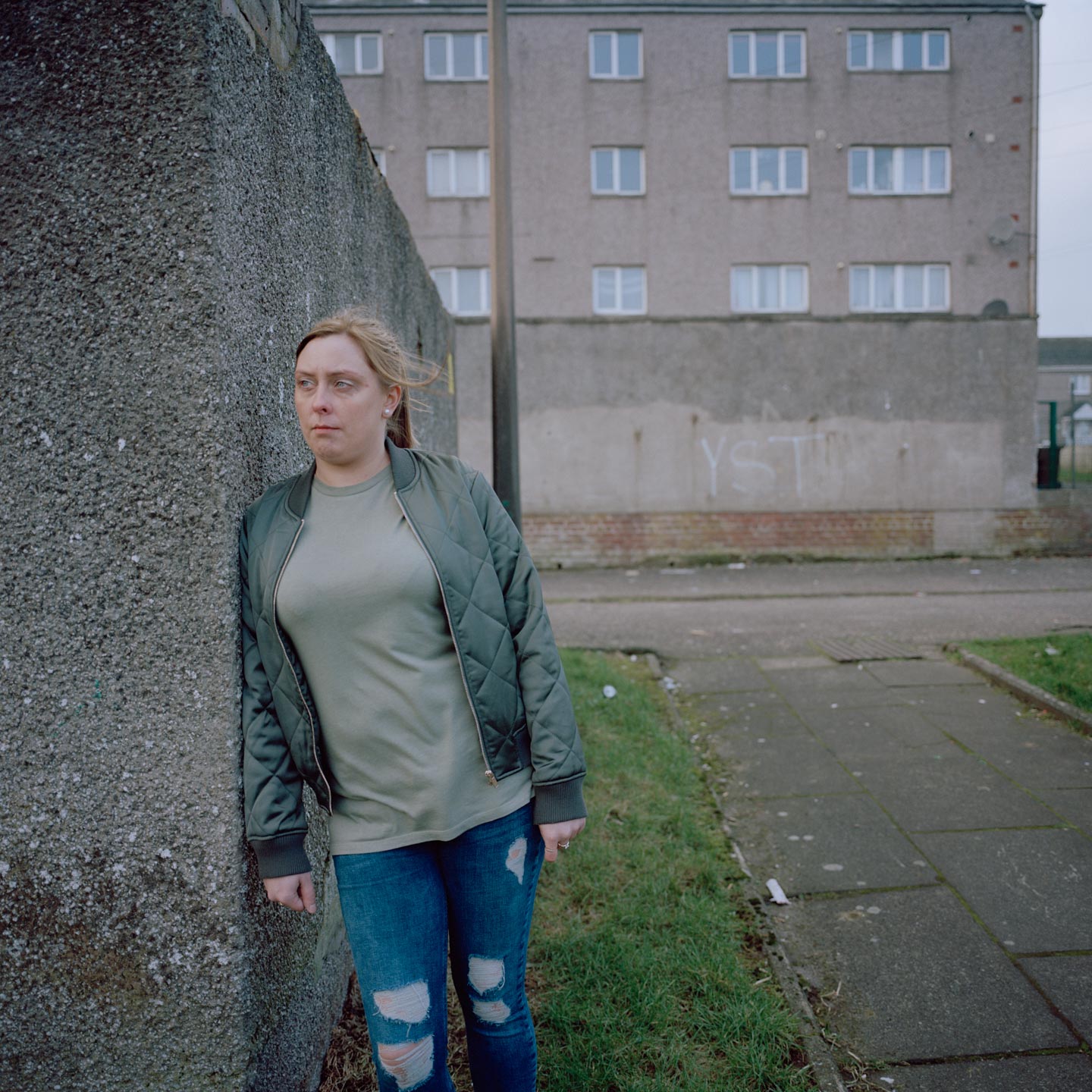 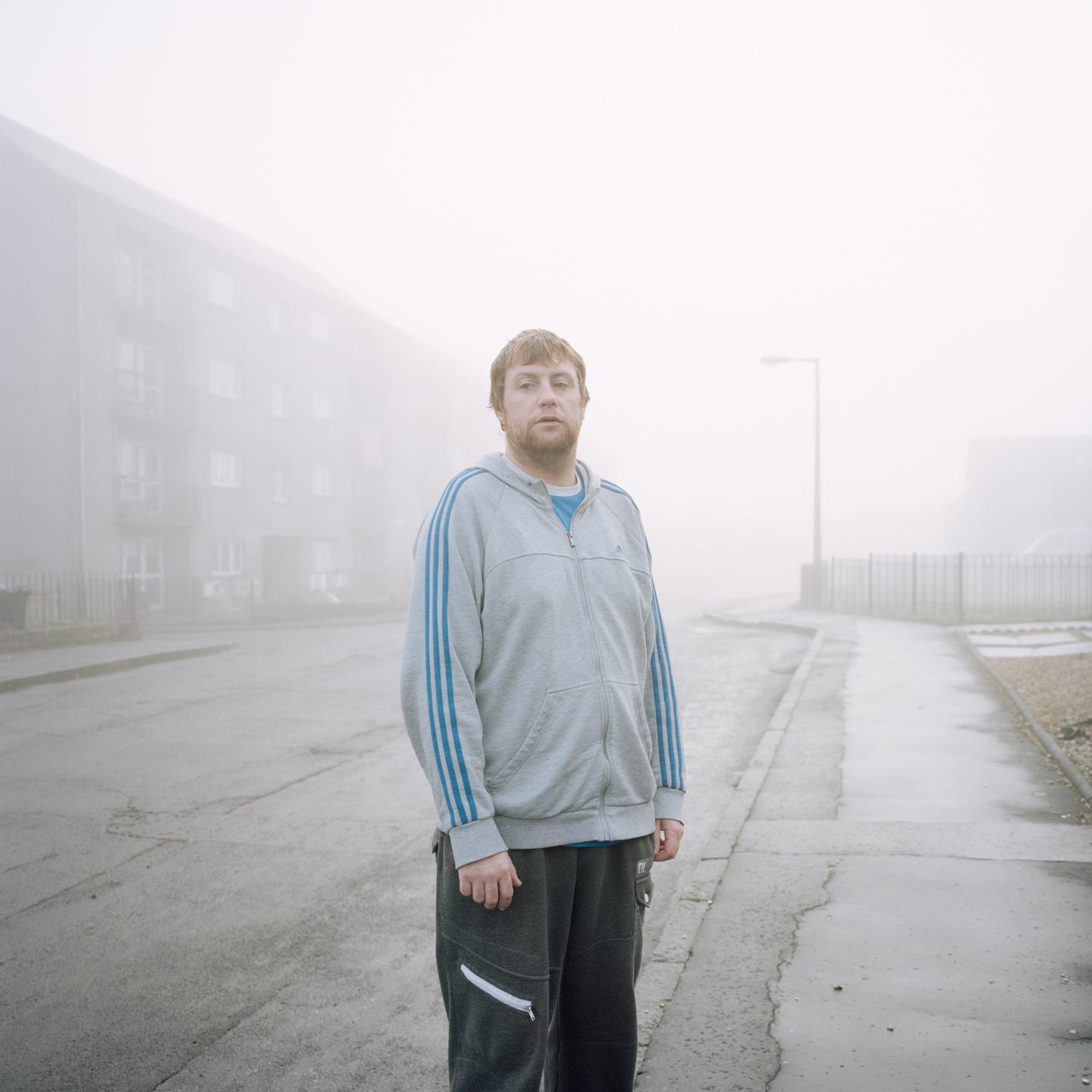 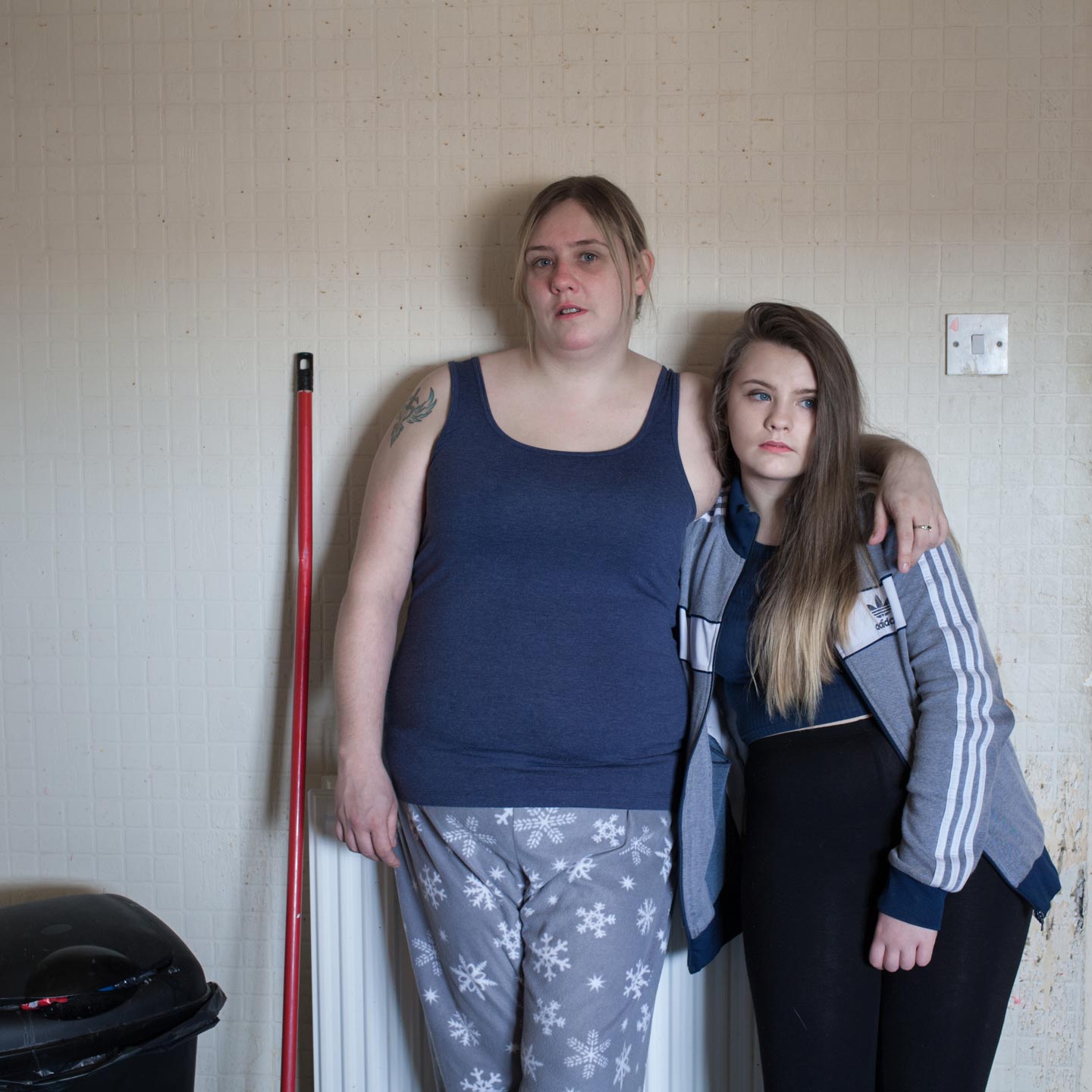 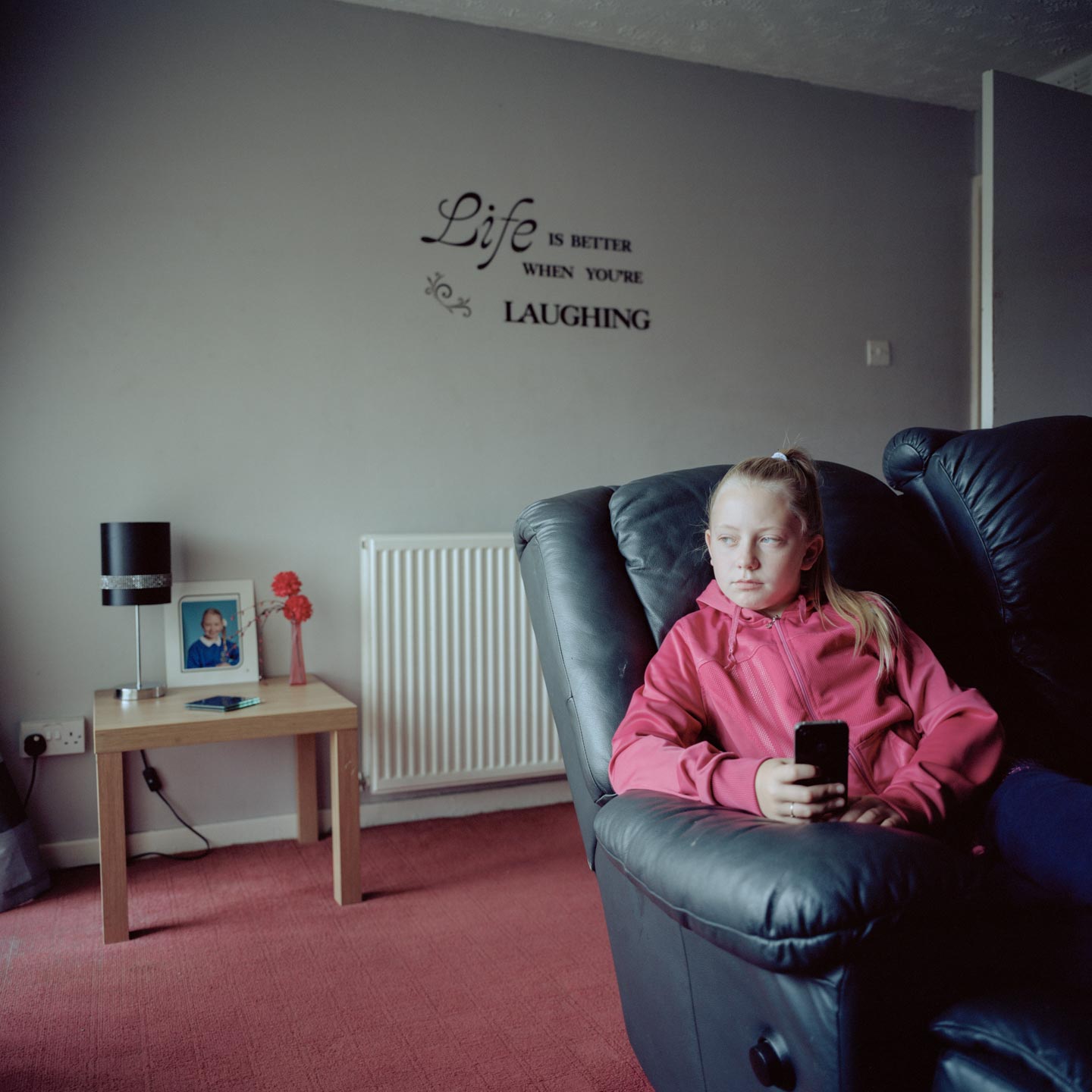 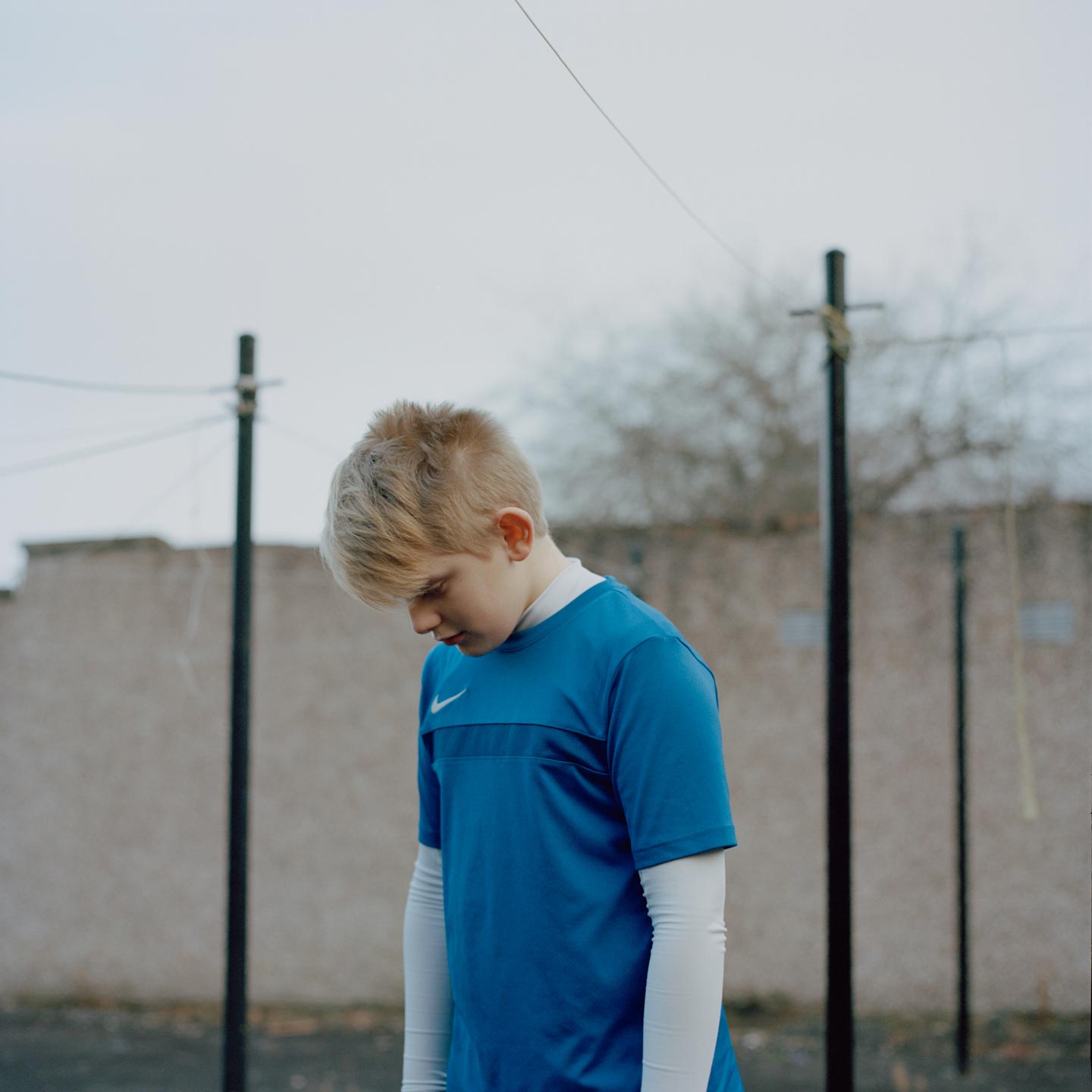 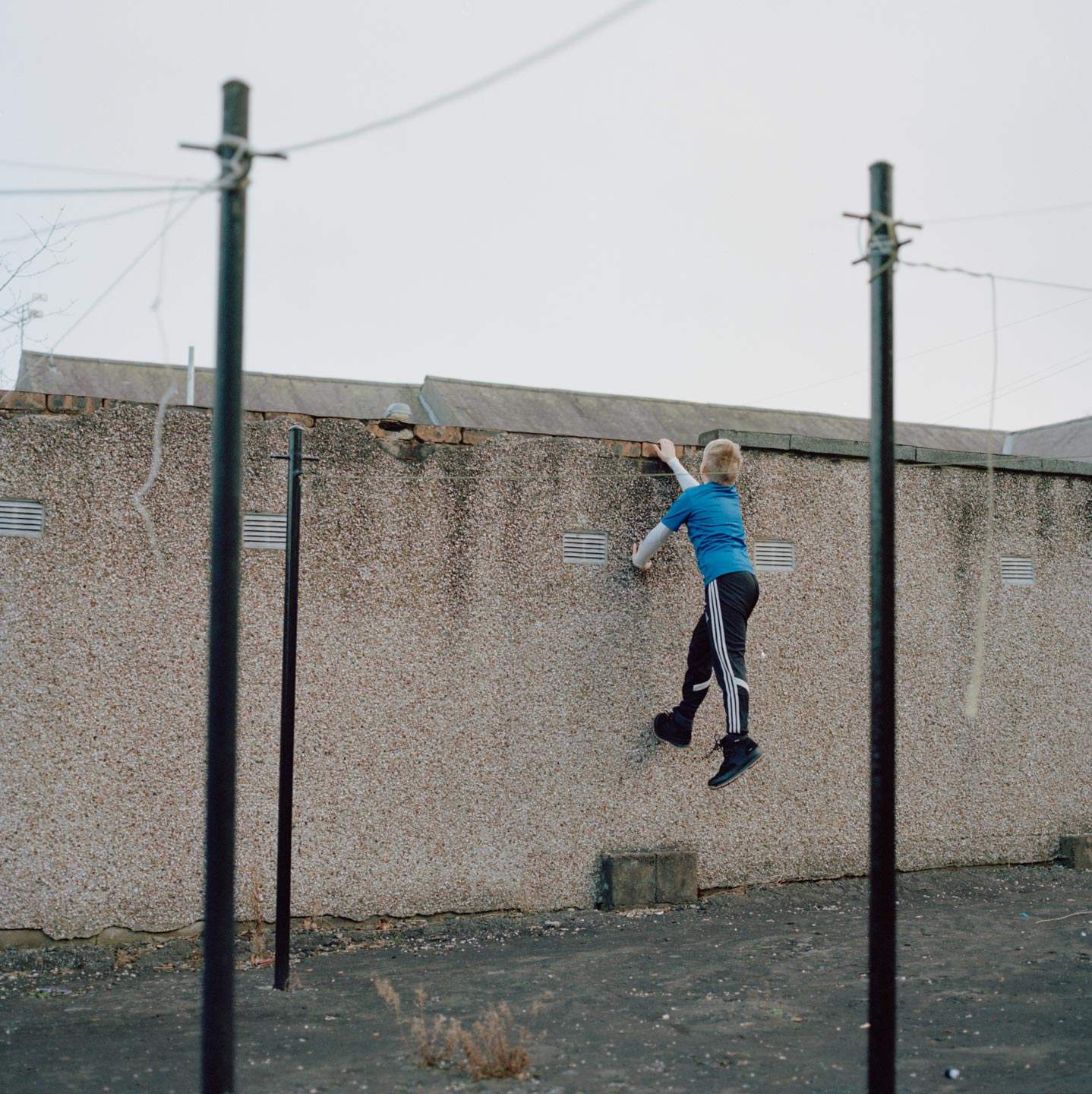 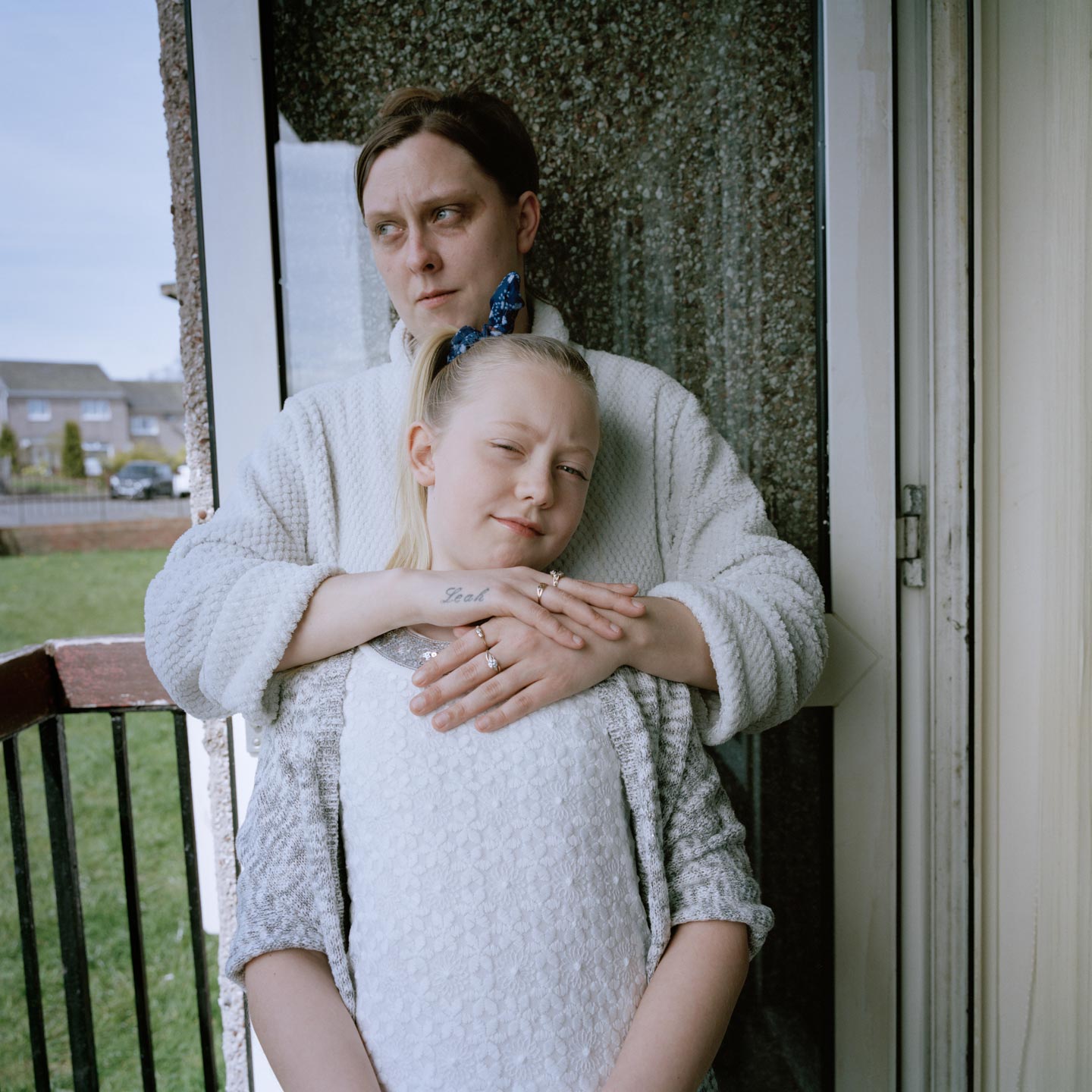 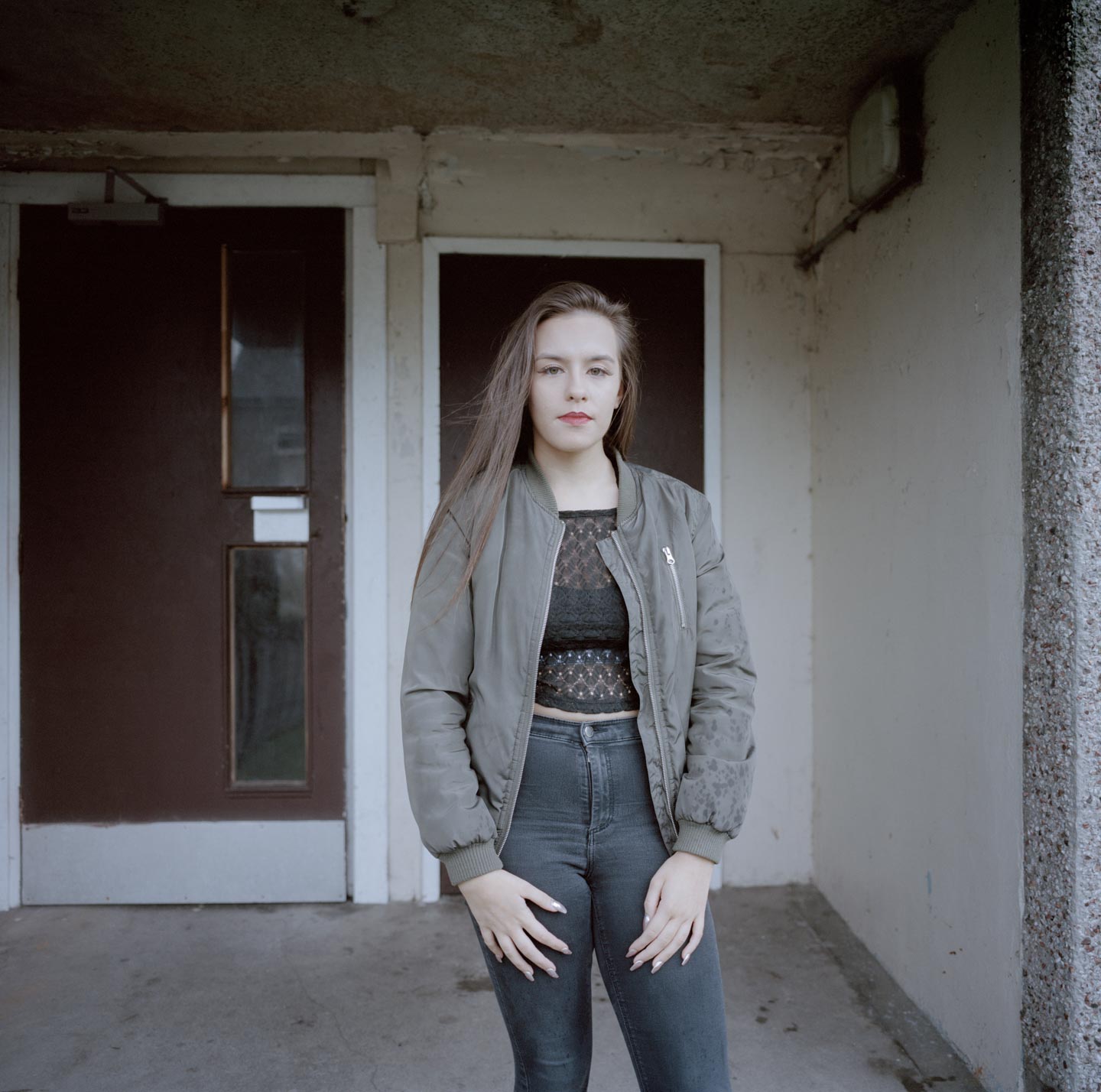 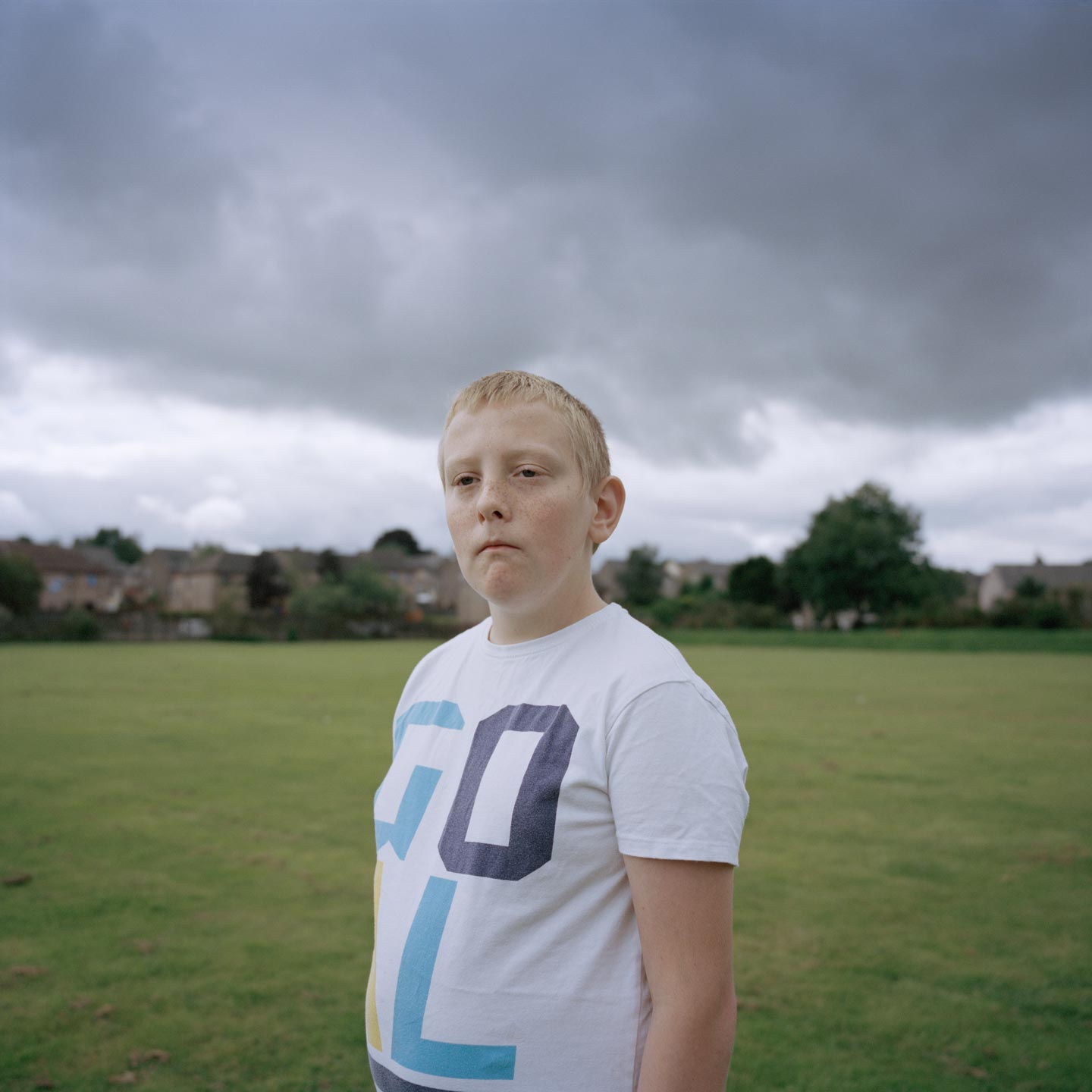 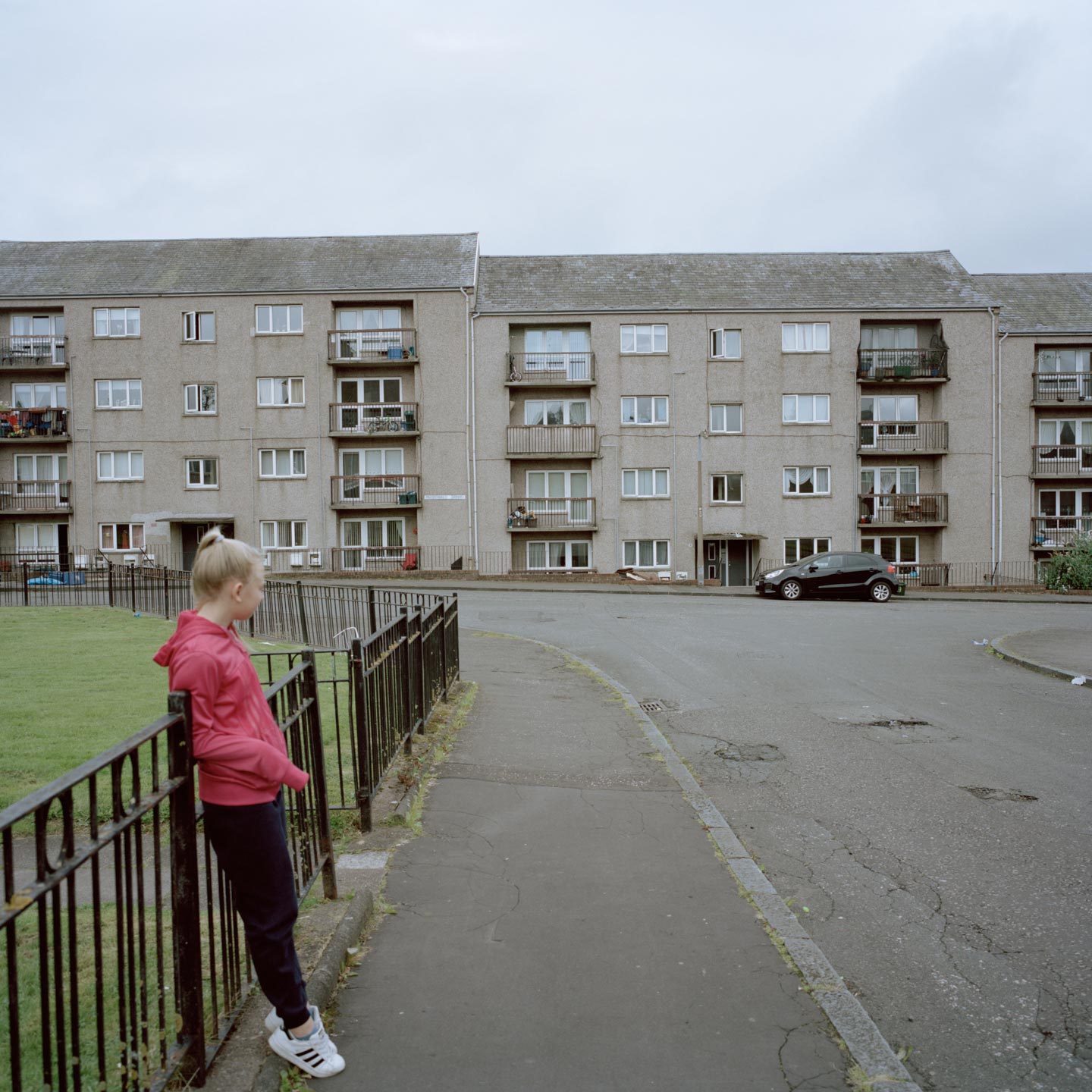 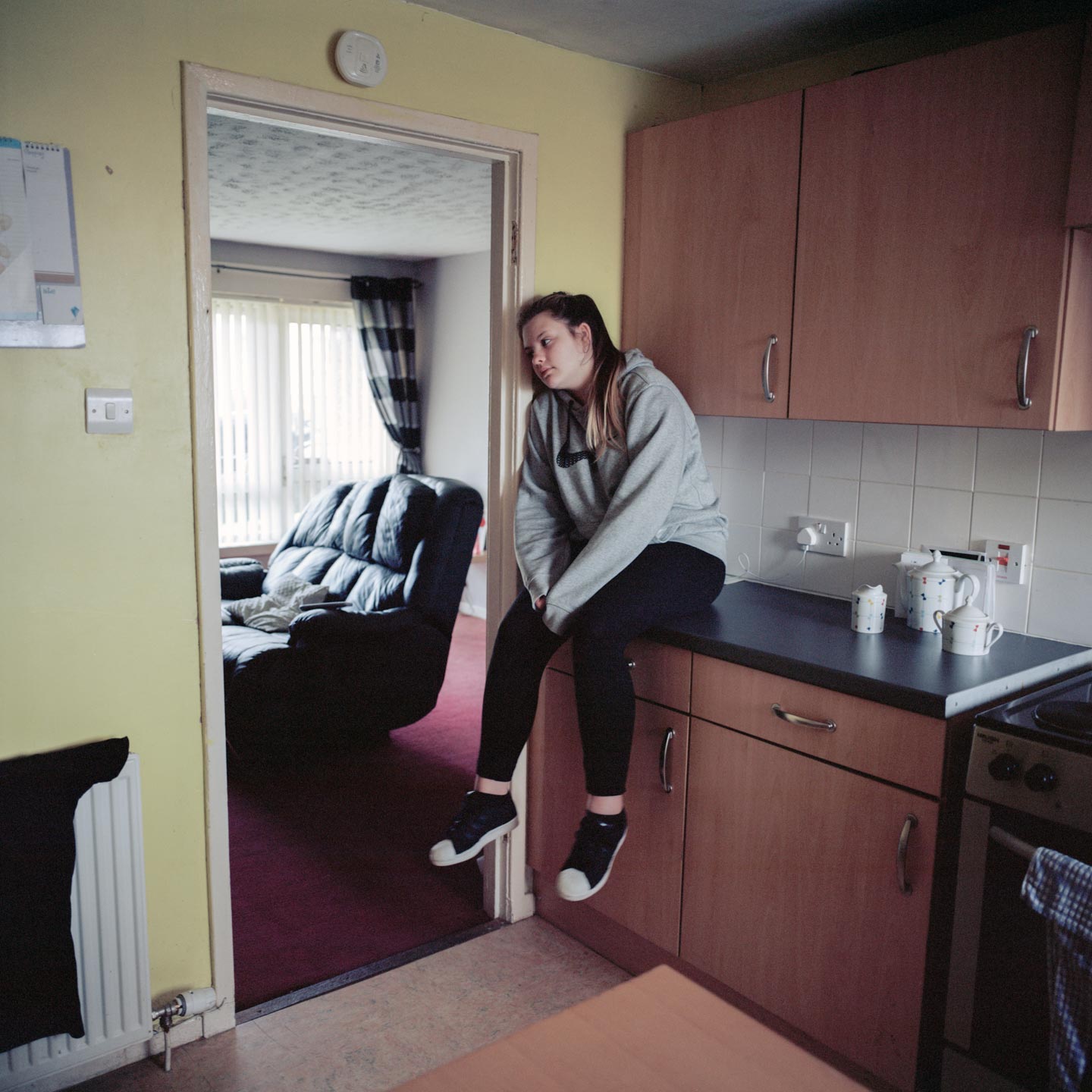 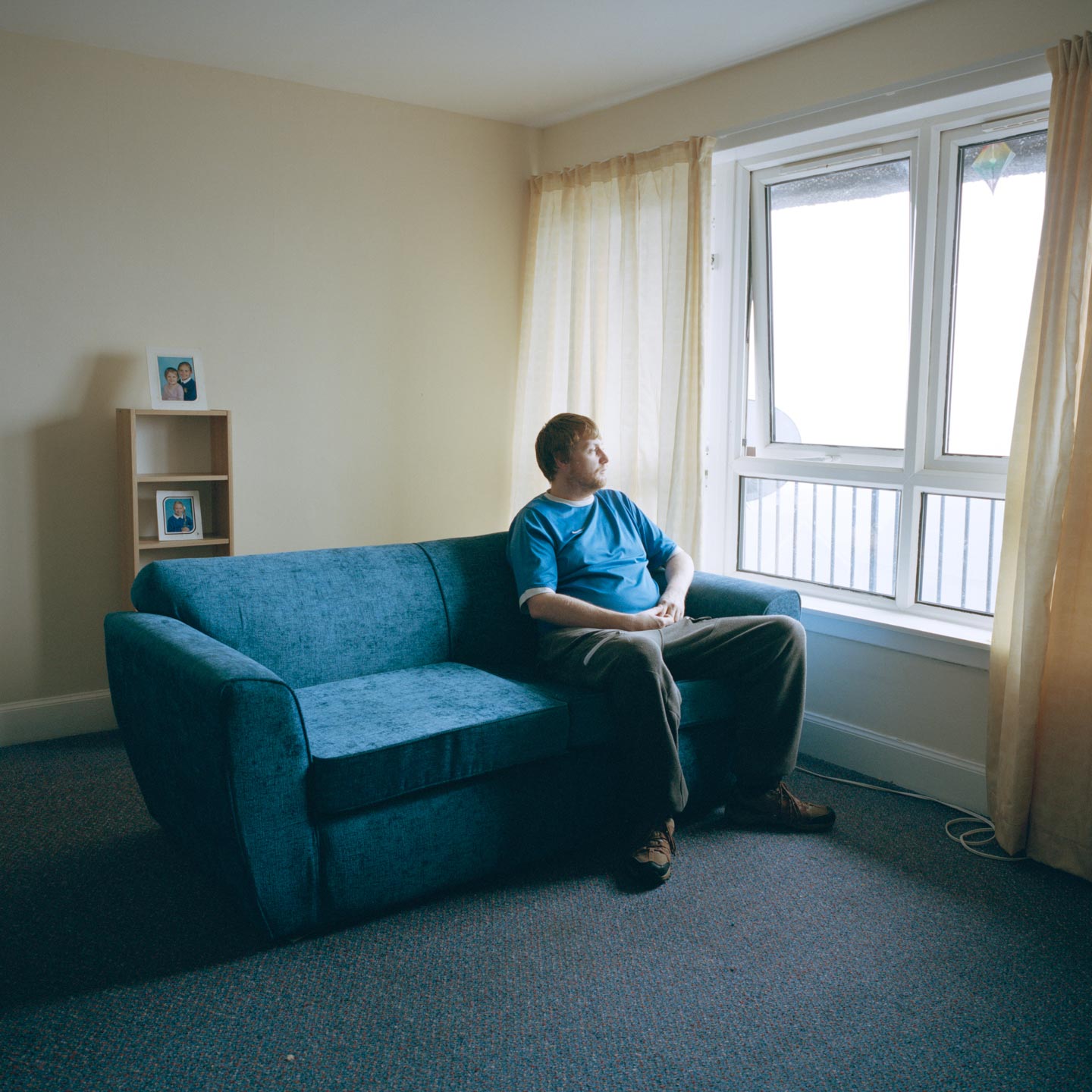 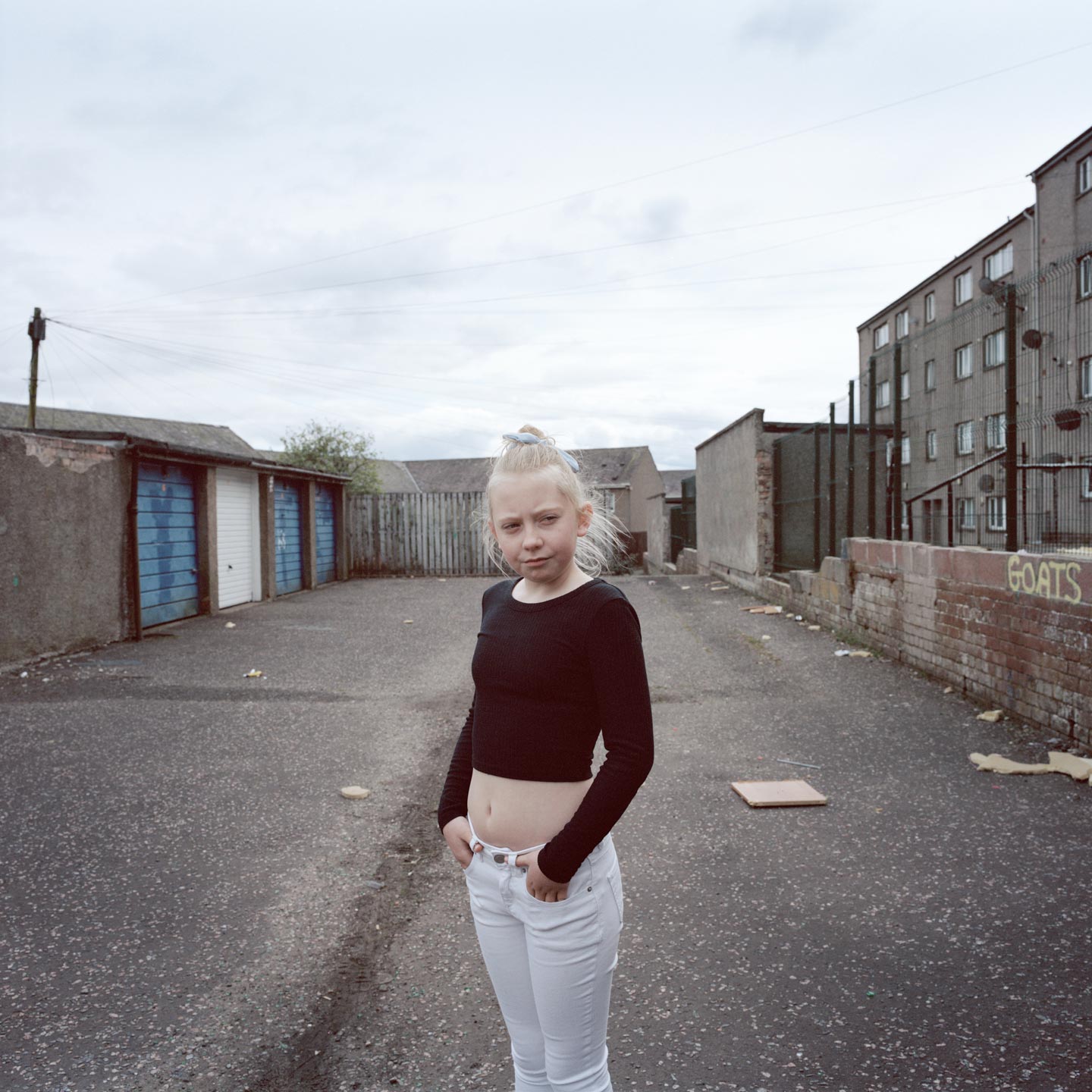 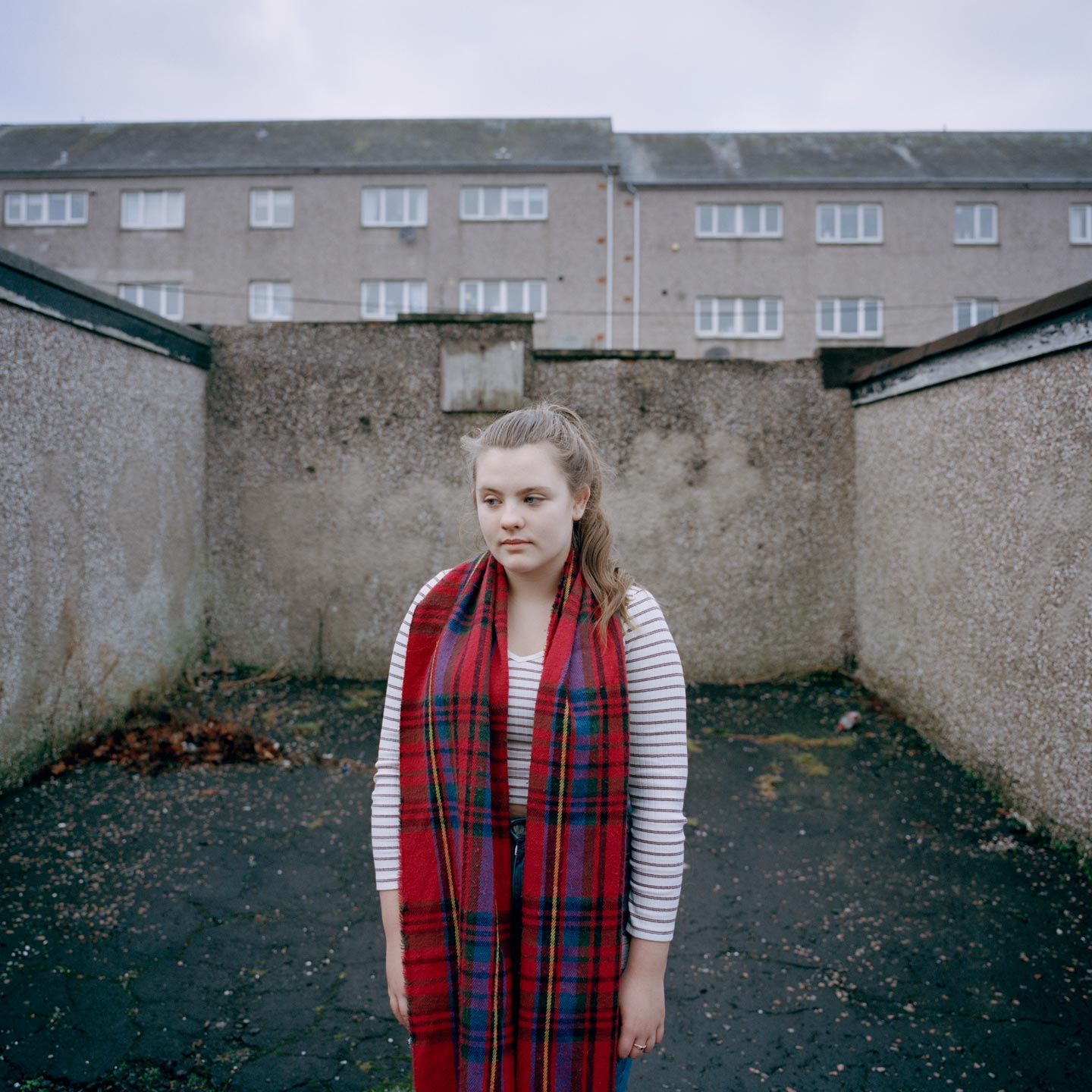 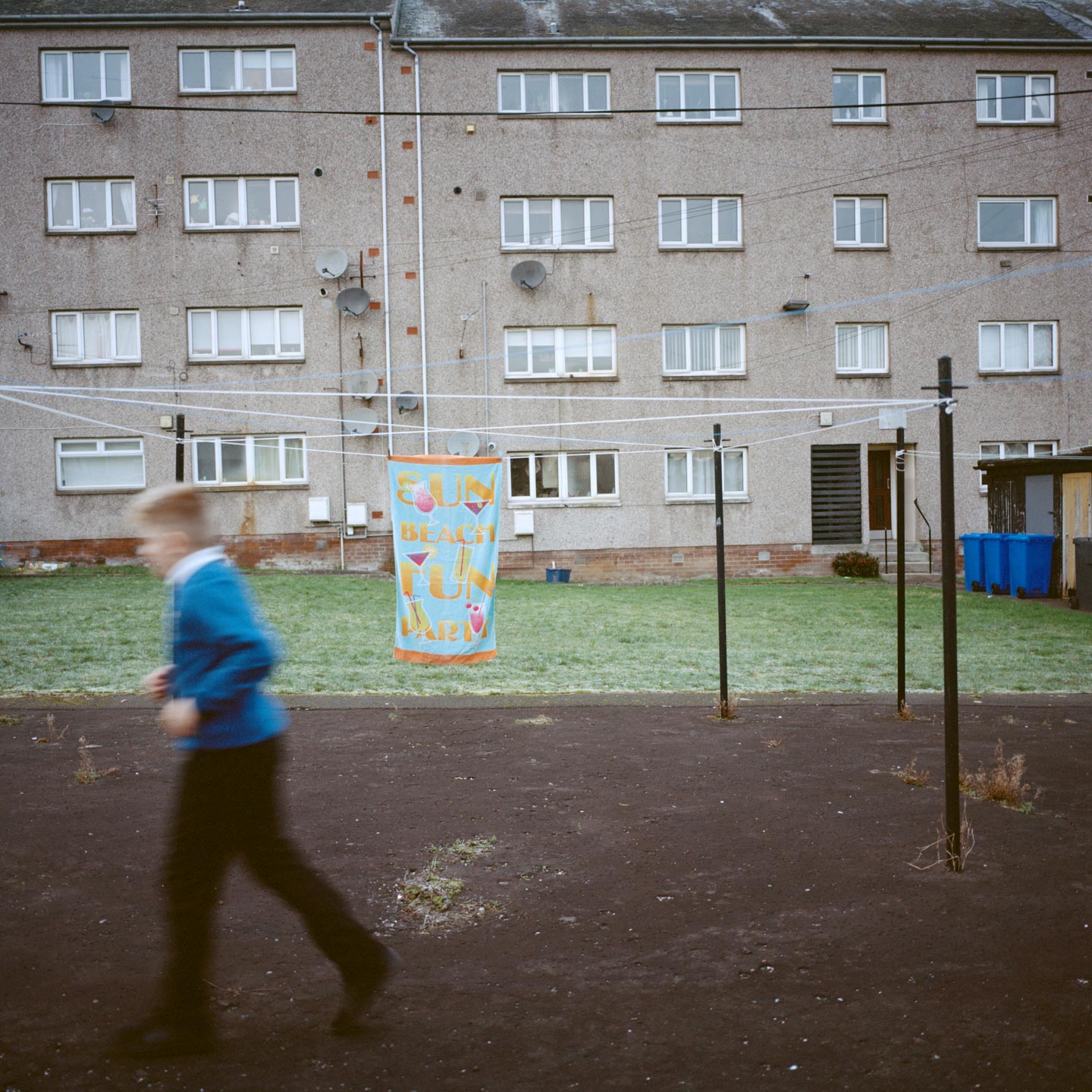 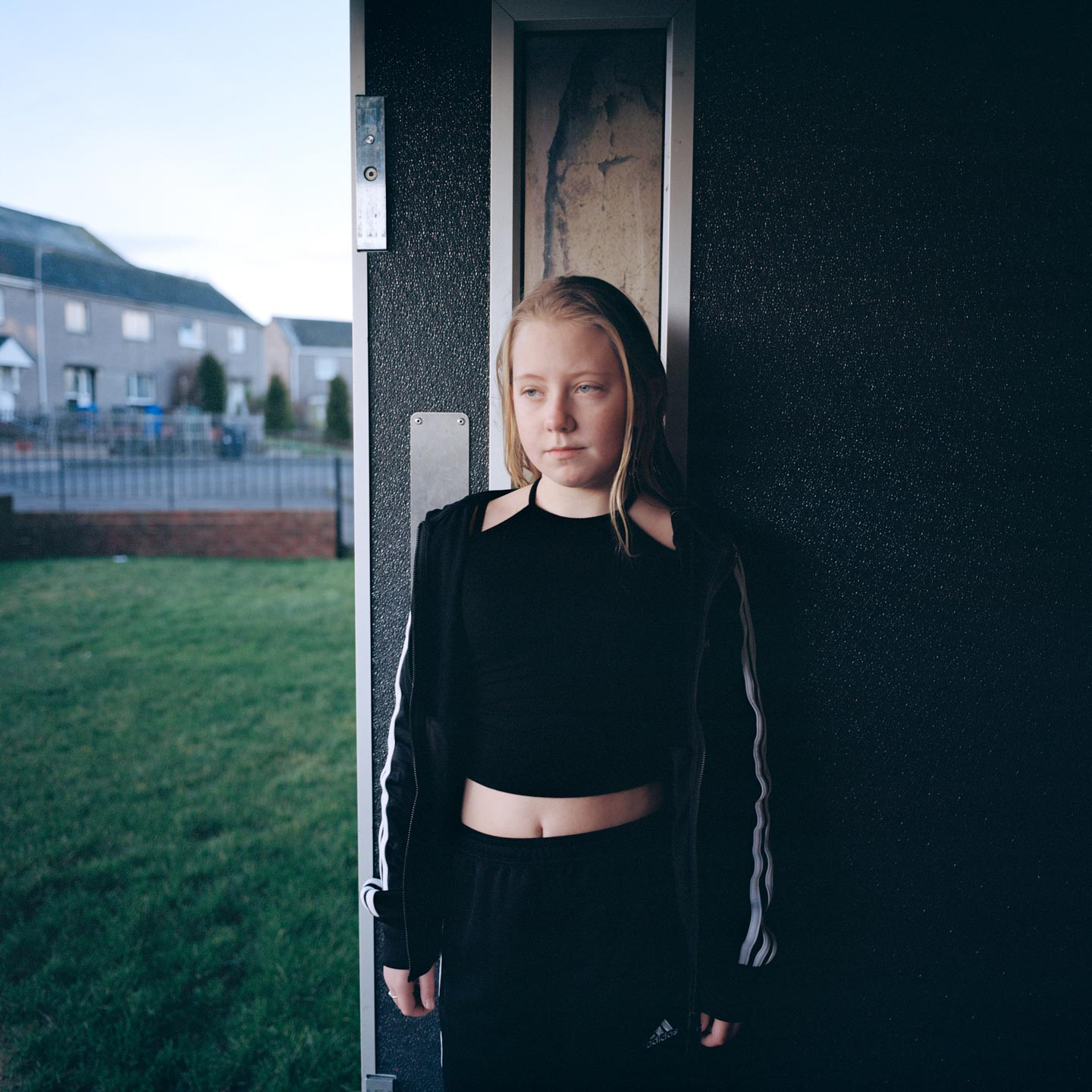 Twenty years can change so much in a person’s life—or so little. In 1994, 49 year-old photographer Margaret Mitchell took pictures of her nephew and two nieces as little children busy growing up in the home where they lived with their mother; recently, Margaret started photographing them again for her series In This Place (the previous work was called Family). Her sister’s children are now adults and have their own kids, but their living conditions don’t seem to have really changed and even more strikingly, looking at the 2017 pictures gives the impression that the same destiny awaits their children, as if in a sort of unbreakable cycle.

Hello Margaret, thank you for this interview. What are your main interests as a photographer?

I am mainly interested in relaying a story to the viewer and exploring themes around childhood, youth, place and belonging. I am especially interested in how an image can contain a story. As a student in the early 1990s, I started out within a documentary tradition but moved to photographing mostly portraiture, although still with a documentarian’s mind-set. Recently, with the work for In This Place, I have returned to a looser approach, mixing environmental portraiture with more documentary based work again. I also studied psychology, which is affecting all my work, whether through research, as a basis for projects or in the image-making itself.

Please introduce us to In This Place.

In This Place is a project that ‘catches up’ with my sister’s three children, whom I first photographed in 1994 for a series called Family. I started photographing this new work in 2016 although its foundations were laid many months beforehand, after repeated visits and discussions. The project looks at how the lives of my nieces and nephew have turned out for them, as adults with their own children. It is about family and home, connections and place, with issues of social and personal inertia touched upon and questioned. Mostly, it is a story of loss, love and ultimately survival within one family. The ‘place’ from the title refers to both a mental and physical place—where we put ourselves and where we are put, sometimes by others and sometimes by circumstance.

Why did you decide to photograph your nieces and nephew again after more than twenty years since shooting Family?

It was something I had been thinking about for quite some time. There are some projects that sit in your mind as ones that should be revisited, updated, to see what happened. This was one of them. Even though I wanted to update the work I was also quite apprehensive in doing so because I knew the story, I knew what had happened over the years and the challenges my nieces and nephew had faced. Some advice I received acted as a final push for me and I decided to go back and work on the story. My sister had died in 2008 and, as time went on, I also felt a growing disconnection with her children—and now their own children—so I also wondered if working on this could bring us closer together. I also thought that even though this was quite personal work, it would have a universally relatable story as well as important observations and questions to ask in the wider socio-economic context.

Differently from Family, the images of In This Place show your nieces and nephews, now young adults, with the kids they’ve had over the years. How was it different to work on this new chapter?

The initial work Family focused on the relationship between the children: their connection was very deep and they seemed to strongly depend on one another. Their mother—my sister—was very much on the periphery of their childhood world, and it was this world that I photographed a glimpse of back in 1994. The place where they lived was one of the most deprived areas in Scotland at that time, but the work was more about them and their life with one another—the place, in some way, was irrelevant.

Years later, photographing the new chapter, the place has complete relevance, for although the children no longer live where they did, they have simply moved a bus ride across town to another area that scores high on statistics on multiple deprivation including housing, income, health and opportunities. I am also older and looking at them with both the eye of a photographer but also an aunt who knows the challenges they have faced over the years.

Can you talk a bit about your approach to the photographs? What did you want your images to capture?

I want the work to talk about the lives of my grown-up nieces and nephew, their children and the intricacies—often the complexity—of those lives. To relay parts of their experiences, in terms of why they live where they live, and why they want the things in life that they do. I think we are all probably the result of experience, opportunity and environment. I wanted to give them an opportunity to tell their story and what choices they had been offered in life—if they were offered any at all. As well as photographs, I also made a newsprint with text and images which give detail and background and, importantly, a voice to those photographed.

Did you have any specific references or sources of inspiration in mind while working on In This Place?

To be honest, no. In working on the project—which is still ongoing for me—I feel that I am an observer: I hang about, notice, store and photograph. I mostly try and go visit for a few days at a time. I don’t have ideas in my head of what I will be doing—I wait and see what is happening, what we talk about, what I find in front of me. It’s mostly pretty organic really. I’m sure though we are all influenced by many things on a subconscious level.

How do you hope viewers react to In This Place, ideally?

I hope a viewer would feel something from the lives that I have been allowed to photograph. An emotional response, an understanding of something that was not there before. By getting a glimpse into a life that is not theirs, the viewer can appreciate something—the person in the picture, their own life, the story, the situation—a little bit more because of it. I hope that they see that there isn’t always easy answers. A question I ask is about how much choice a person has in life: if one has or, more importantly, does not have choice. Also, where does that come from? From the social environment, from ourselves, from lived experiences?

That’s a pretty hard question to answer because I admire so many photographers for different reasons but obviously, I will try! Actually, I’ll start with an example of two photographers who I heard speak at the same event because it sums up some important influences on me. A couple years ago, both Mary Ellen Mark and Susan Meiselas gave talks which I was fortunate enough to attend. Maybe if Diane Arbus had still been around I would have had my golden three. A couple of months later, Mary Ellen Mark died and I was hugely grateful to have managed to have heard her stories first-hand on her work. Three quite diverse photographers in some ways, but whose work I admire for different reasons.

I am going to say Susan Meiselas here again not only because of her amazing image-making but because of her strong ethical framework and collaborative approach. Other photographers whose work does it for me include Rob Hornstra with his Sochi Project and Cristina de Middel, who is an incredible and versatile image-maker.