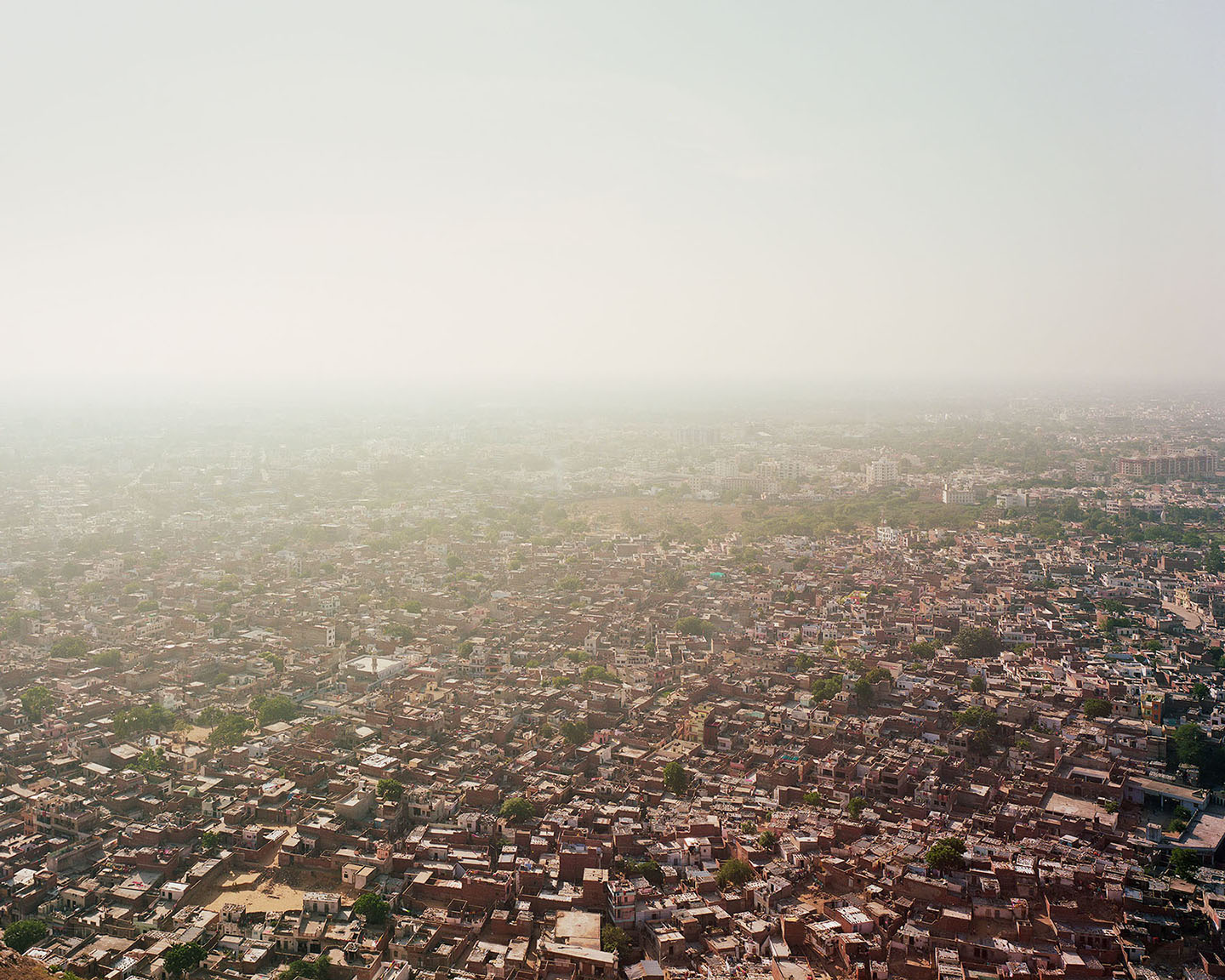 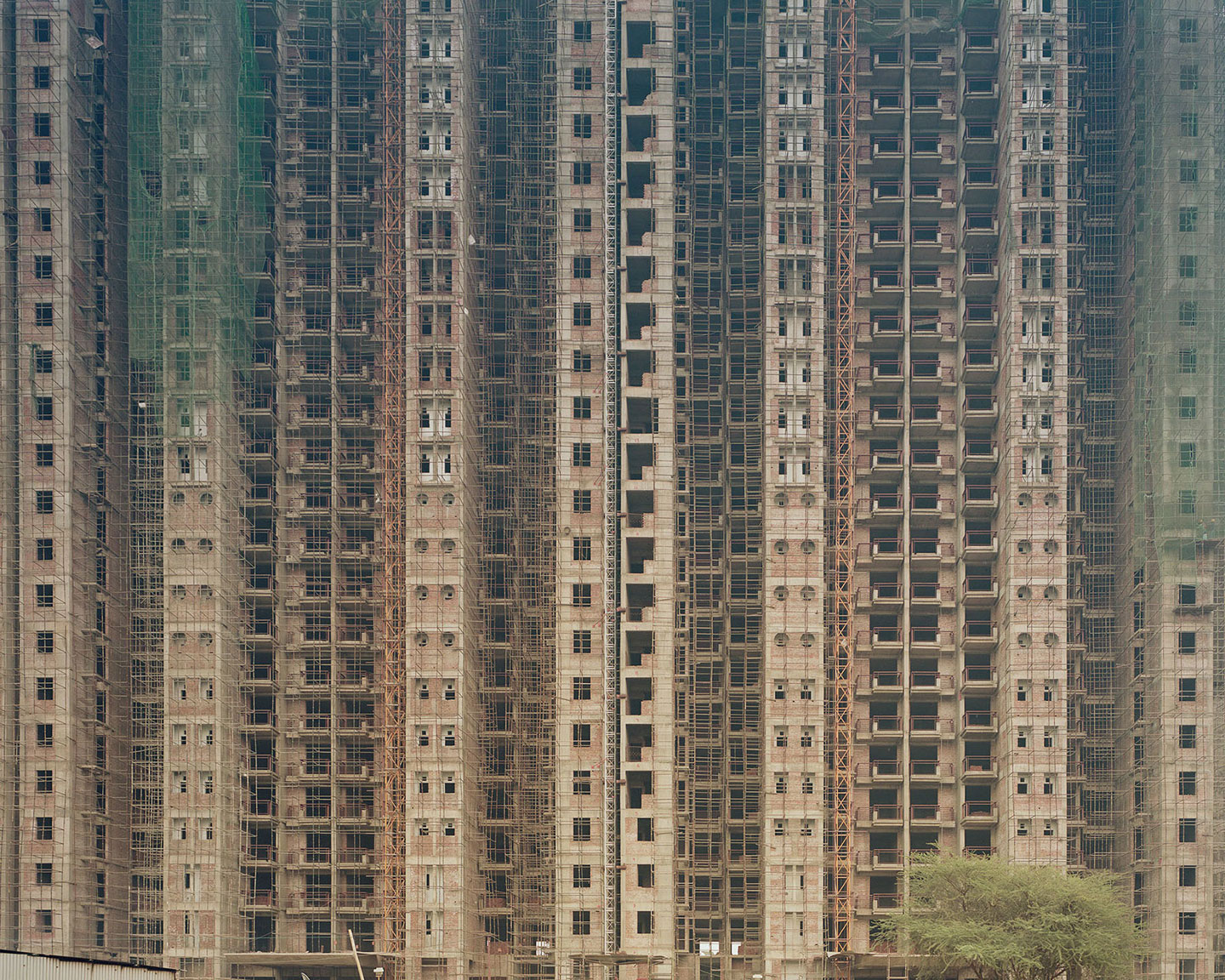 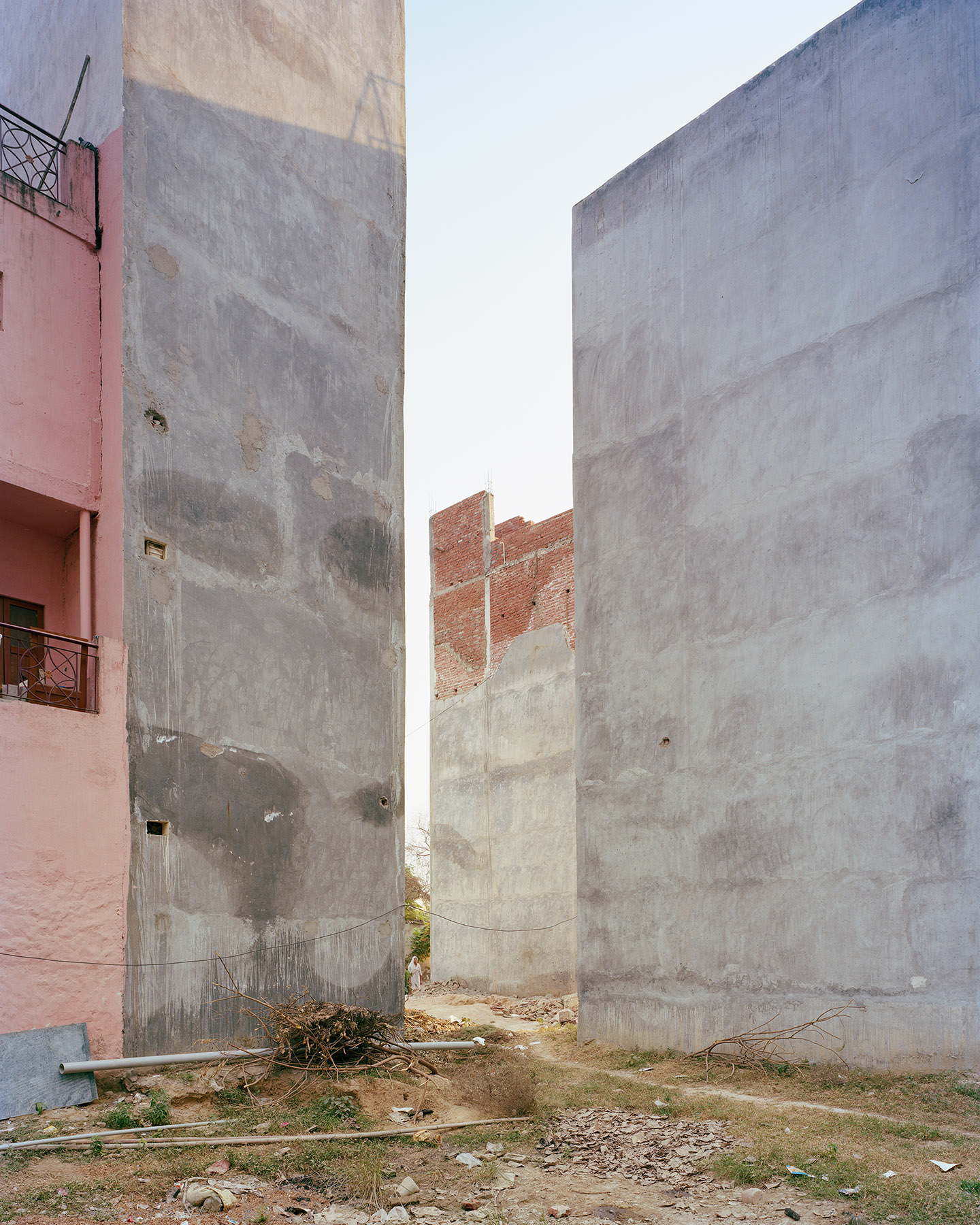 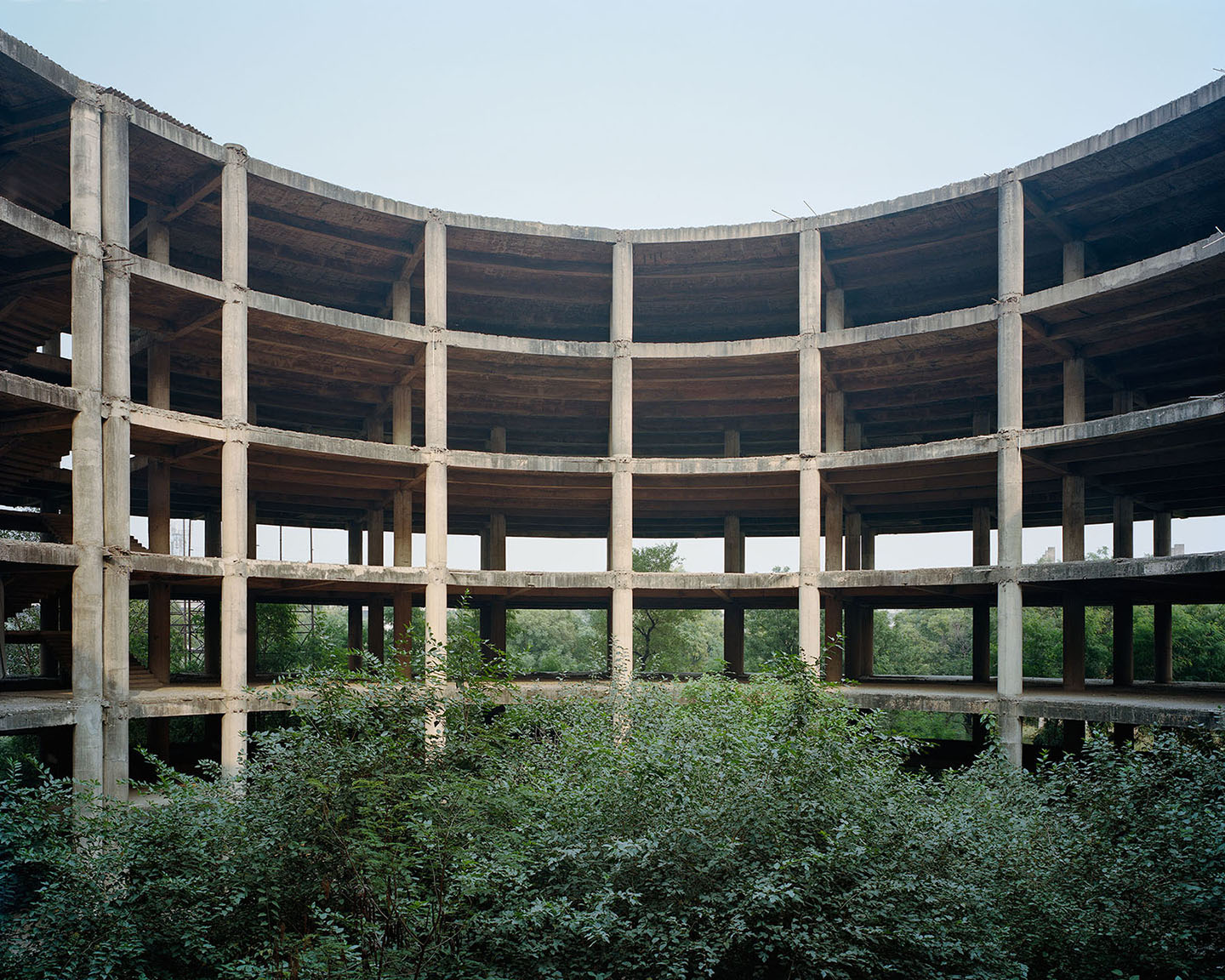 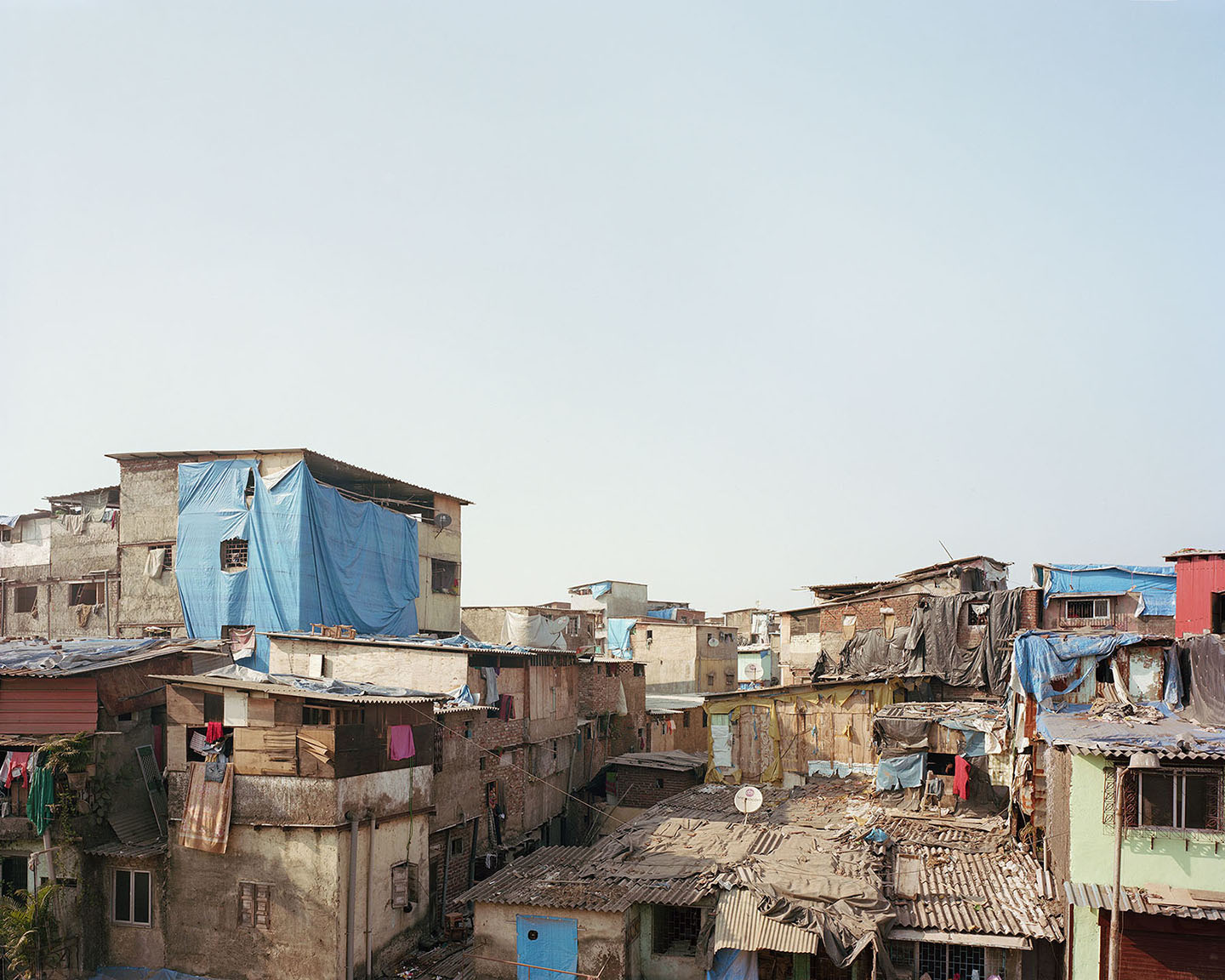 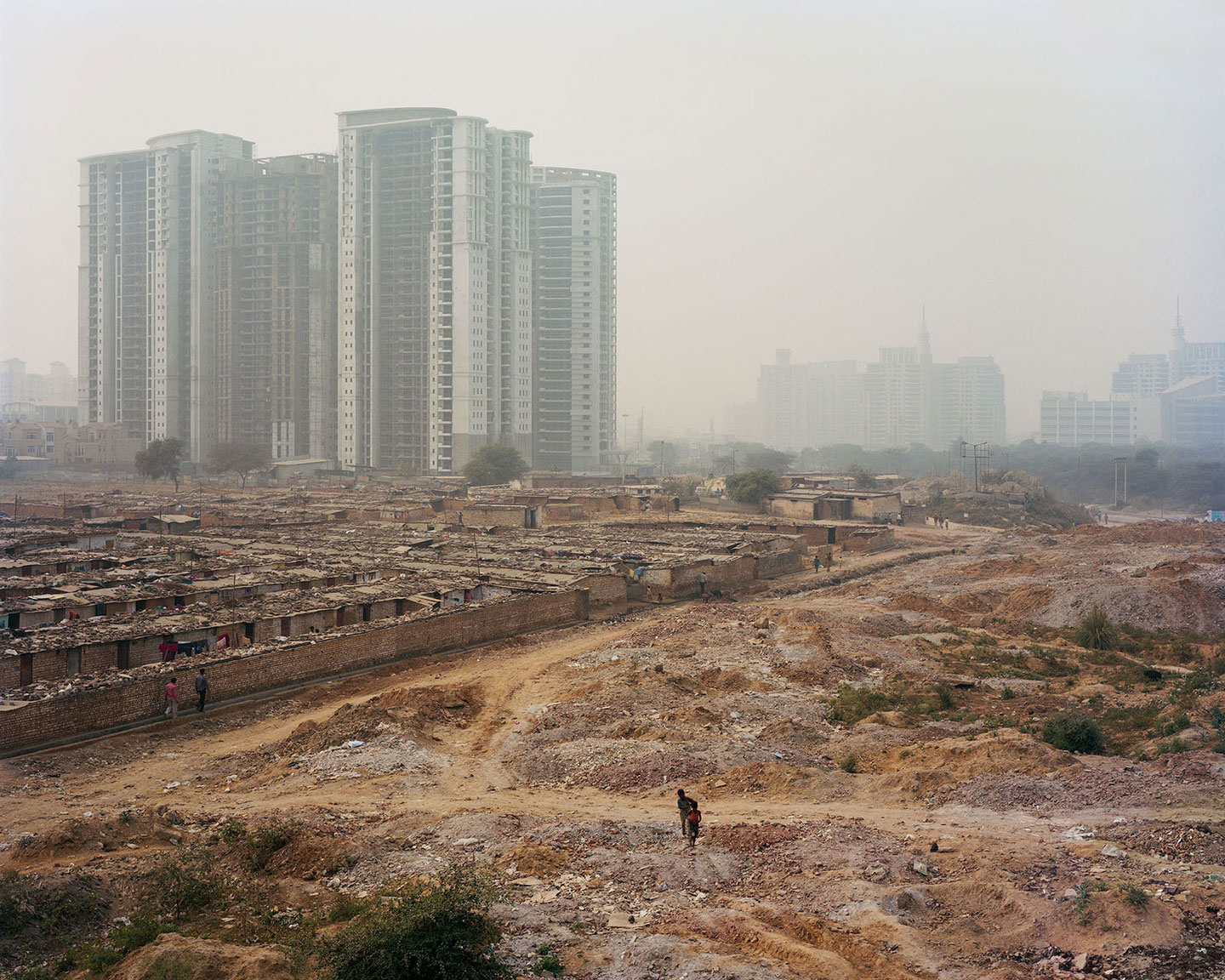 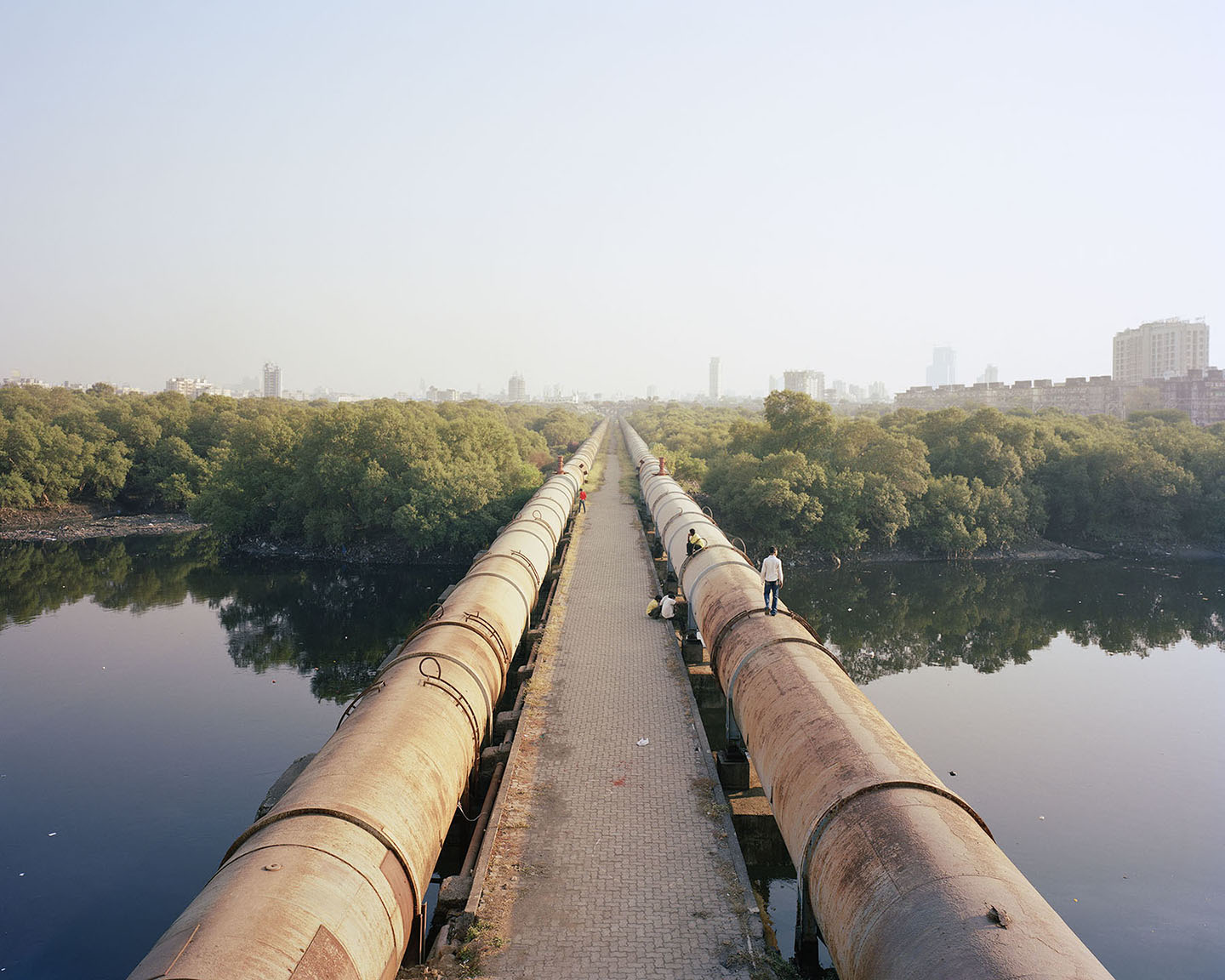 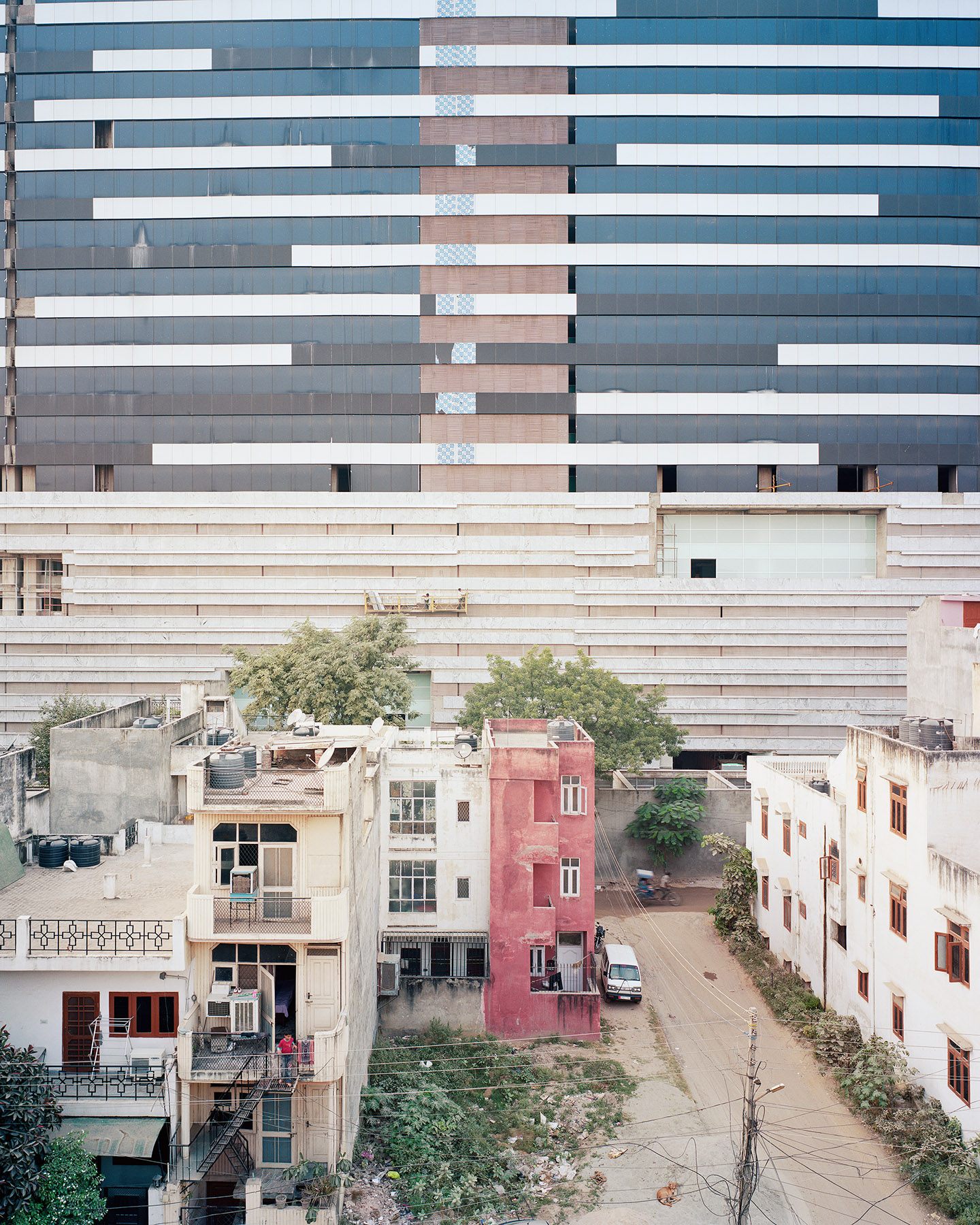 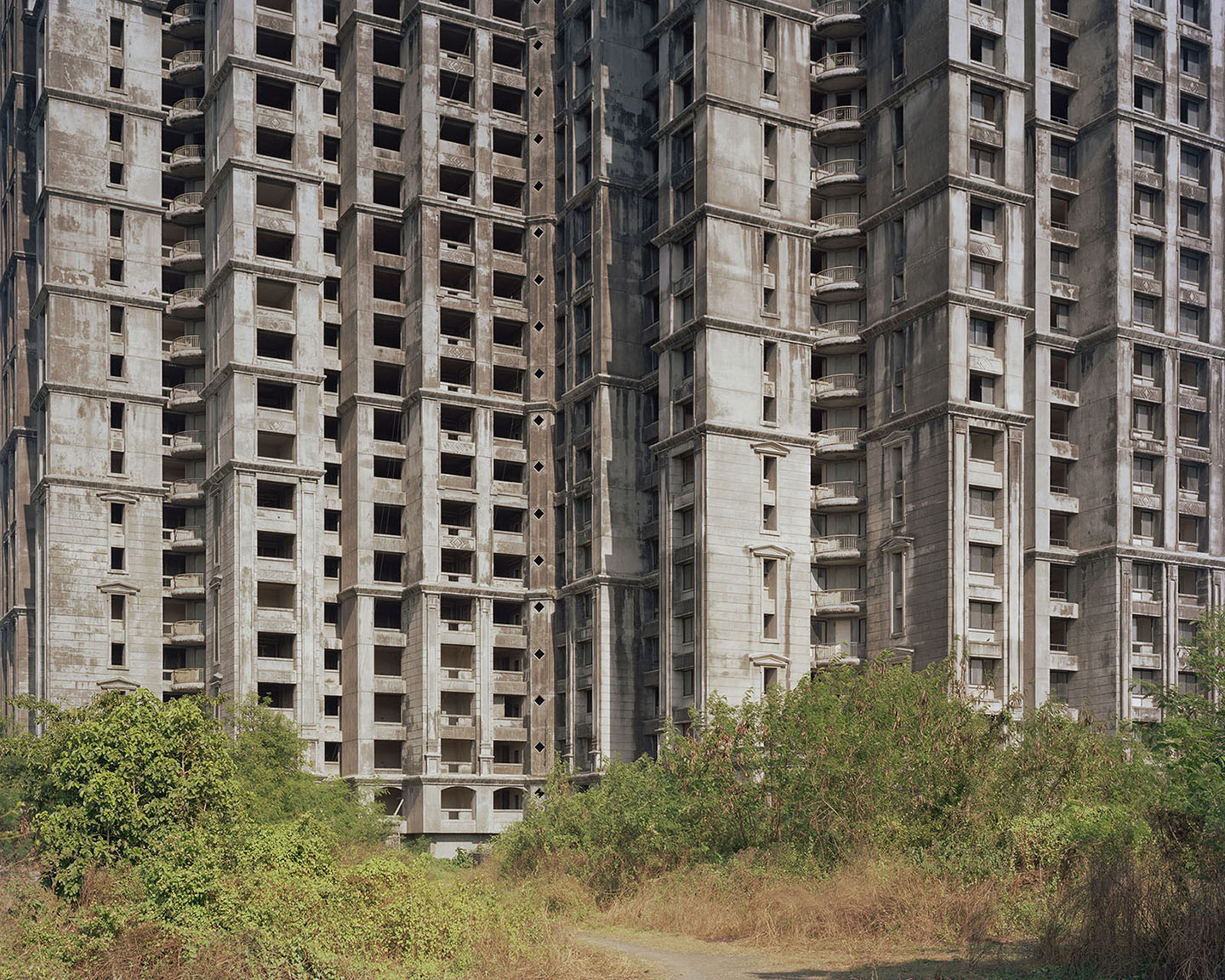 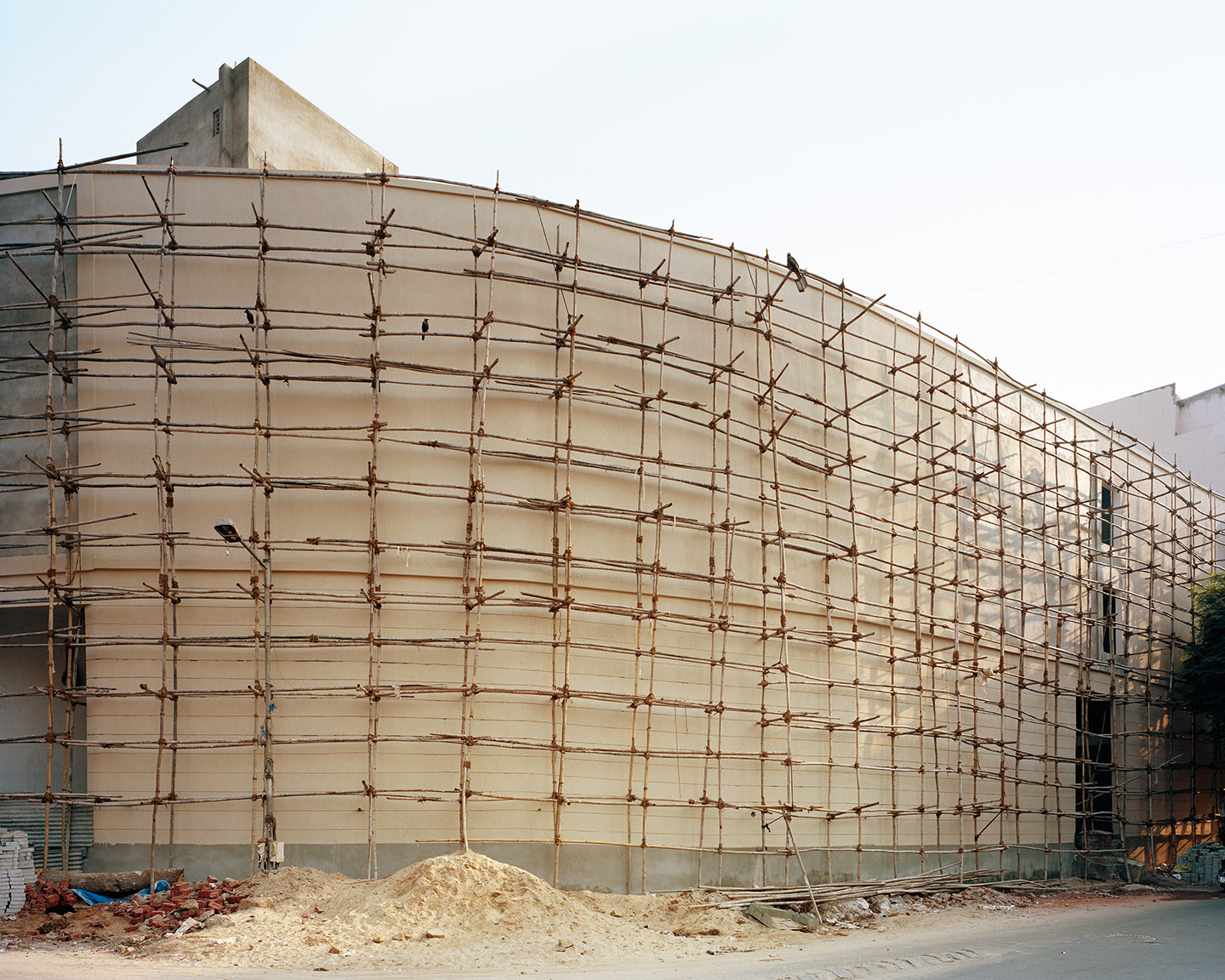 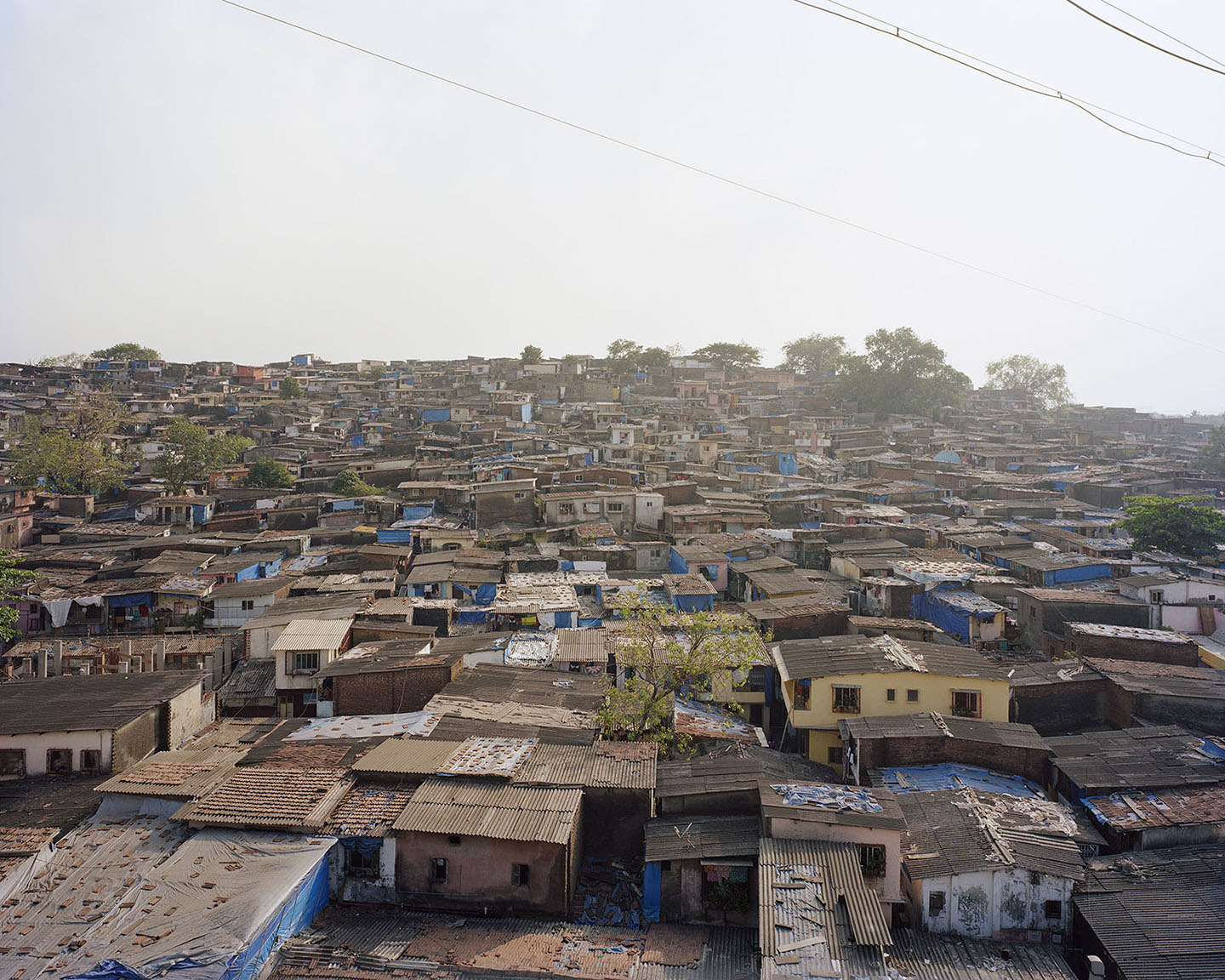 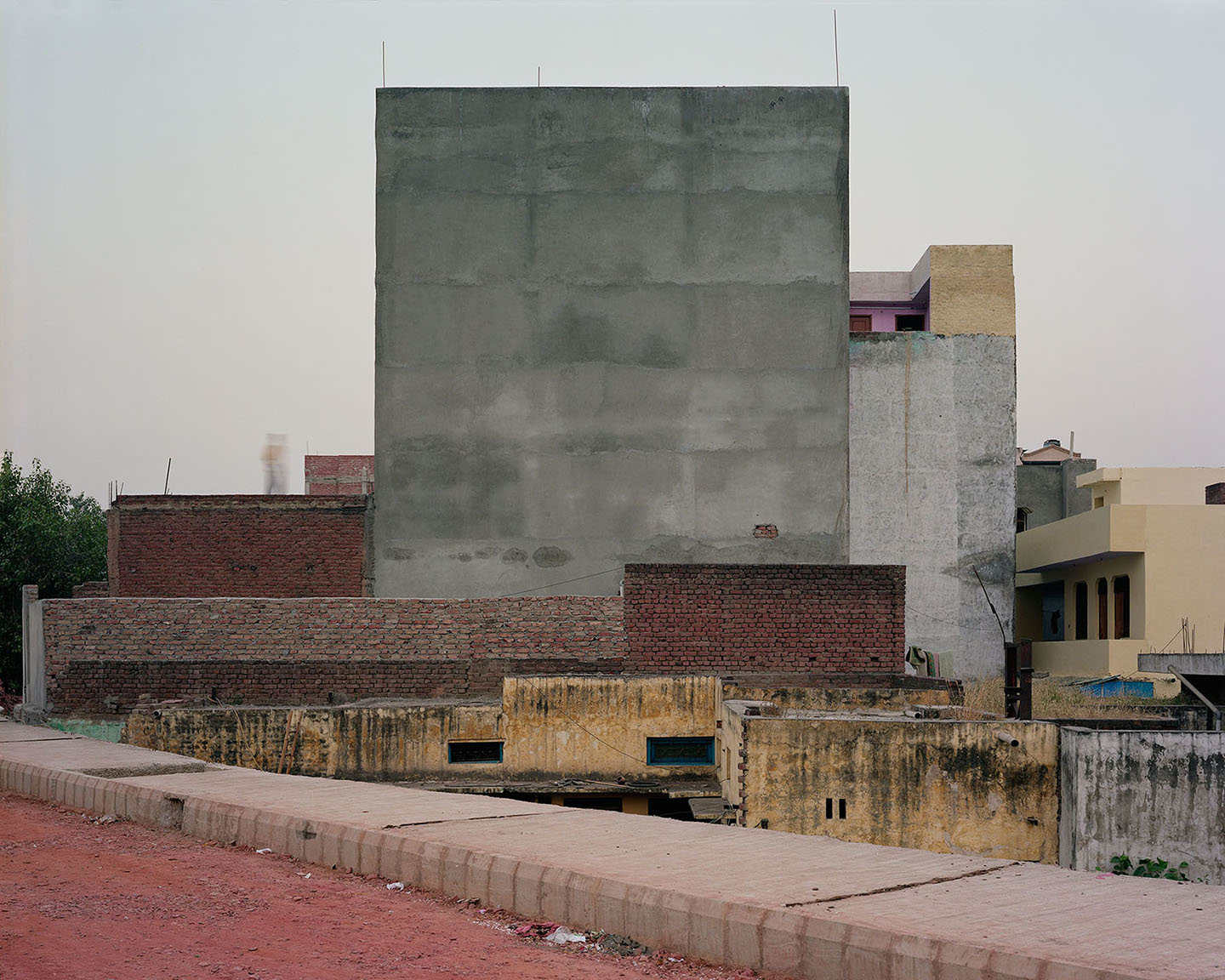 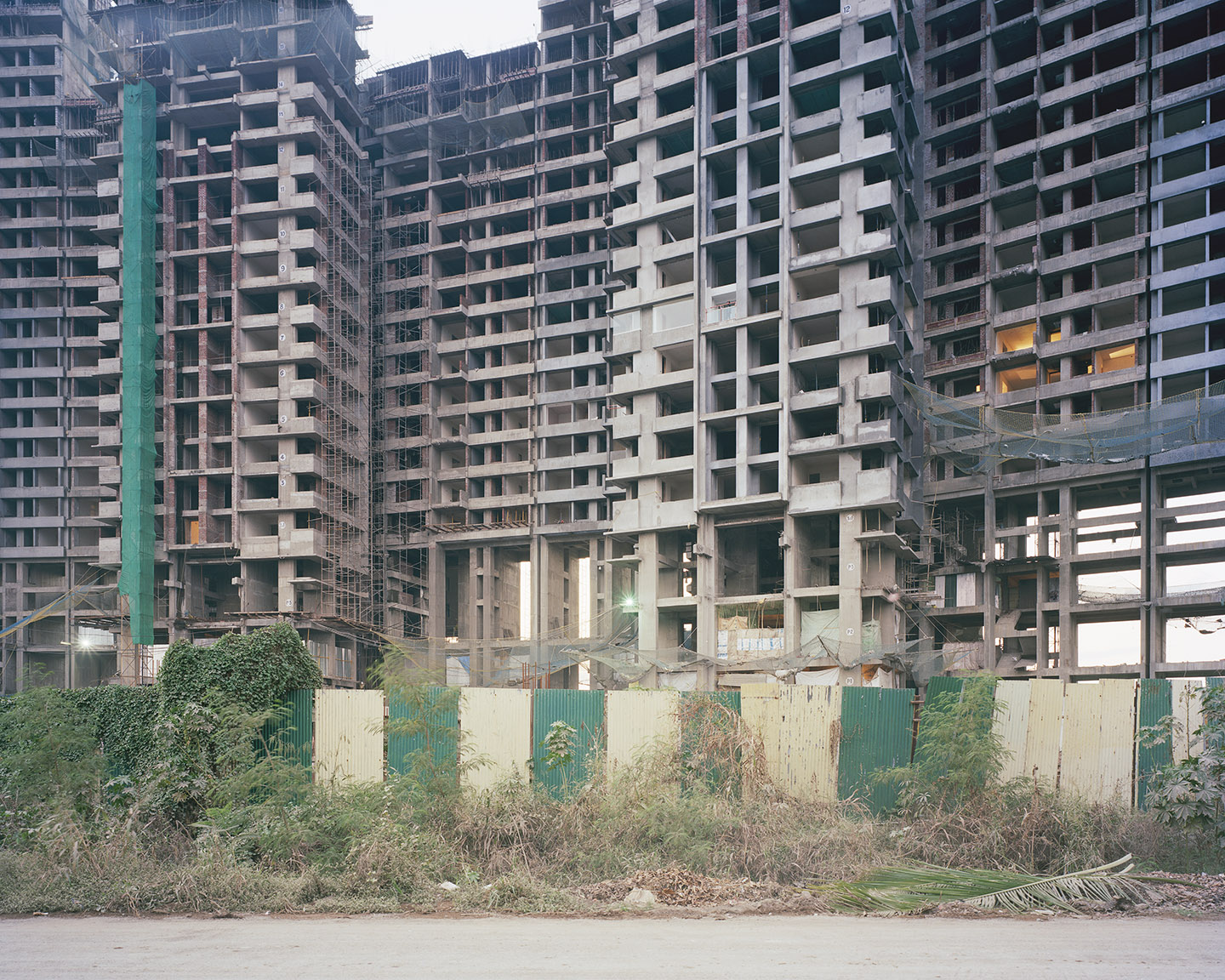 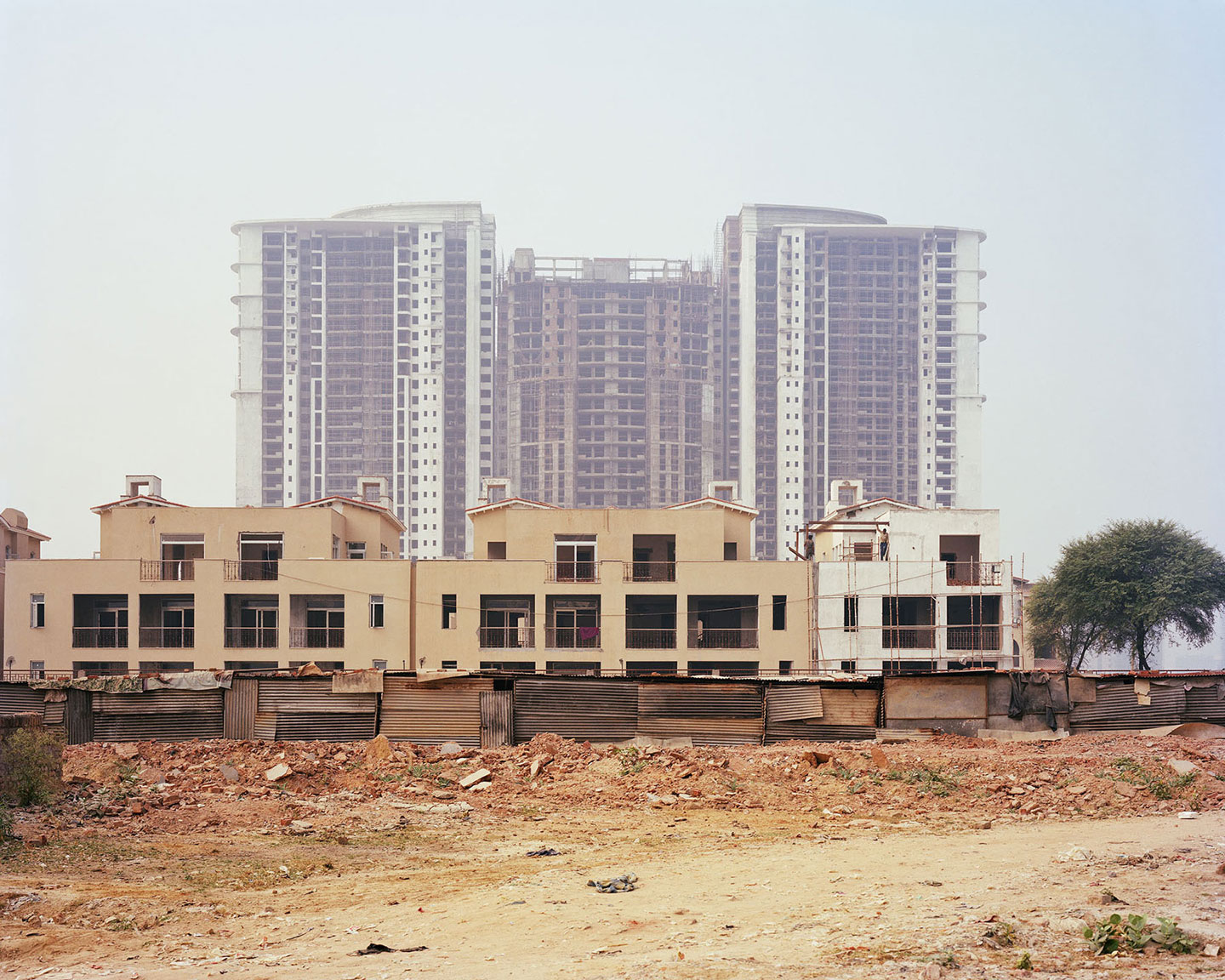 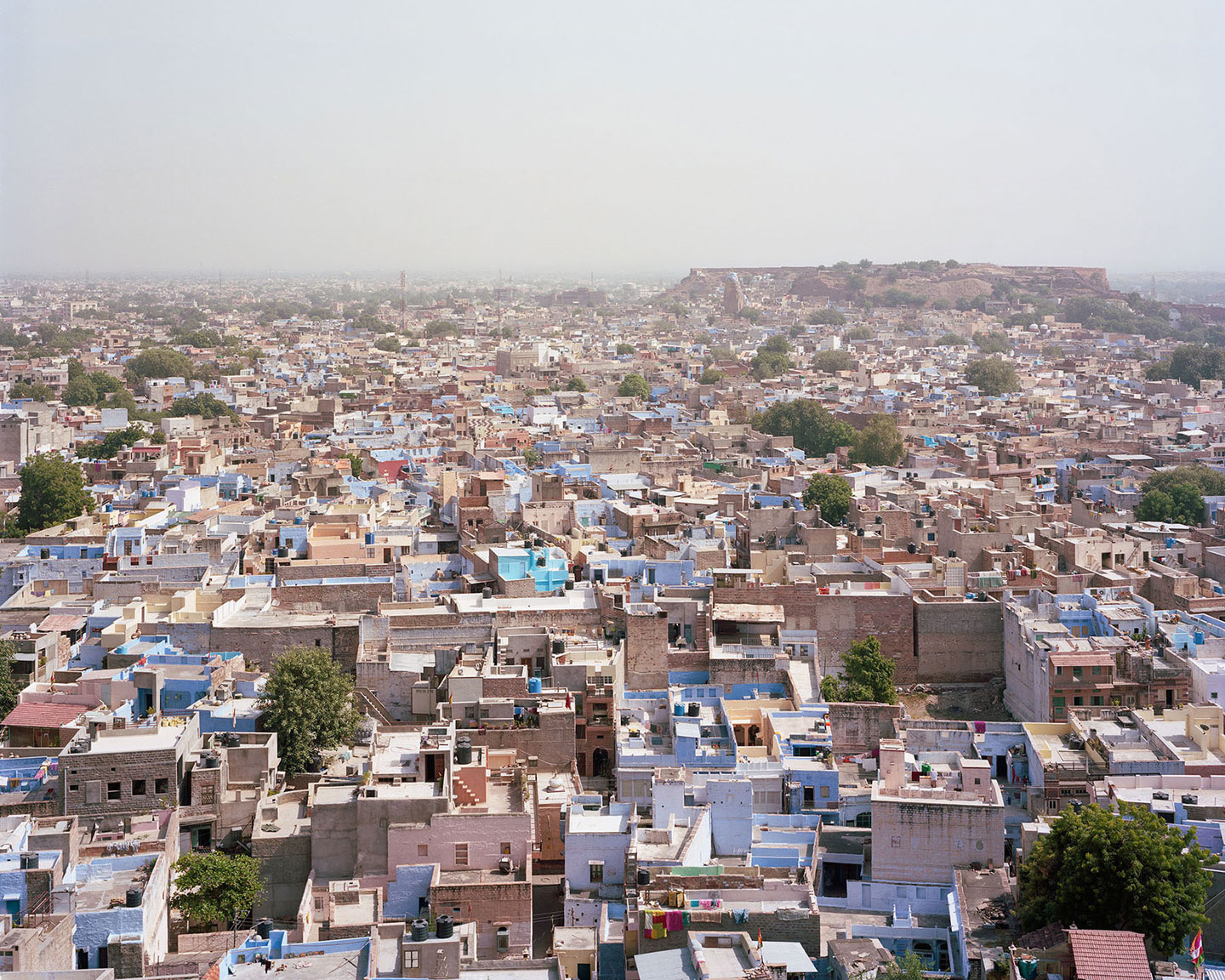 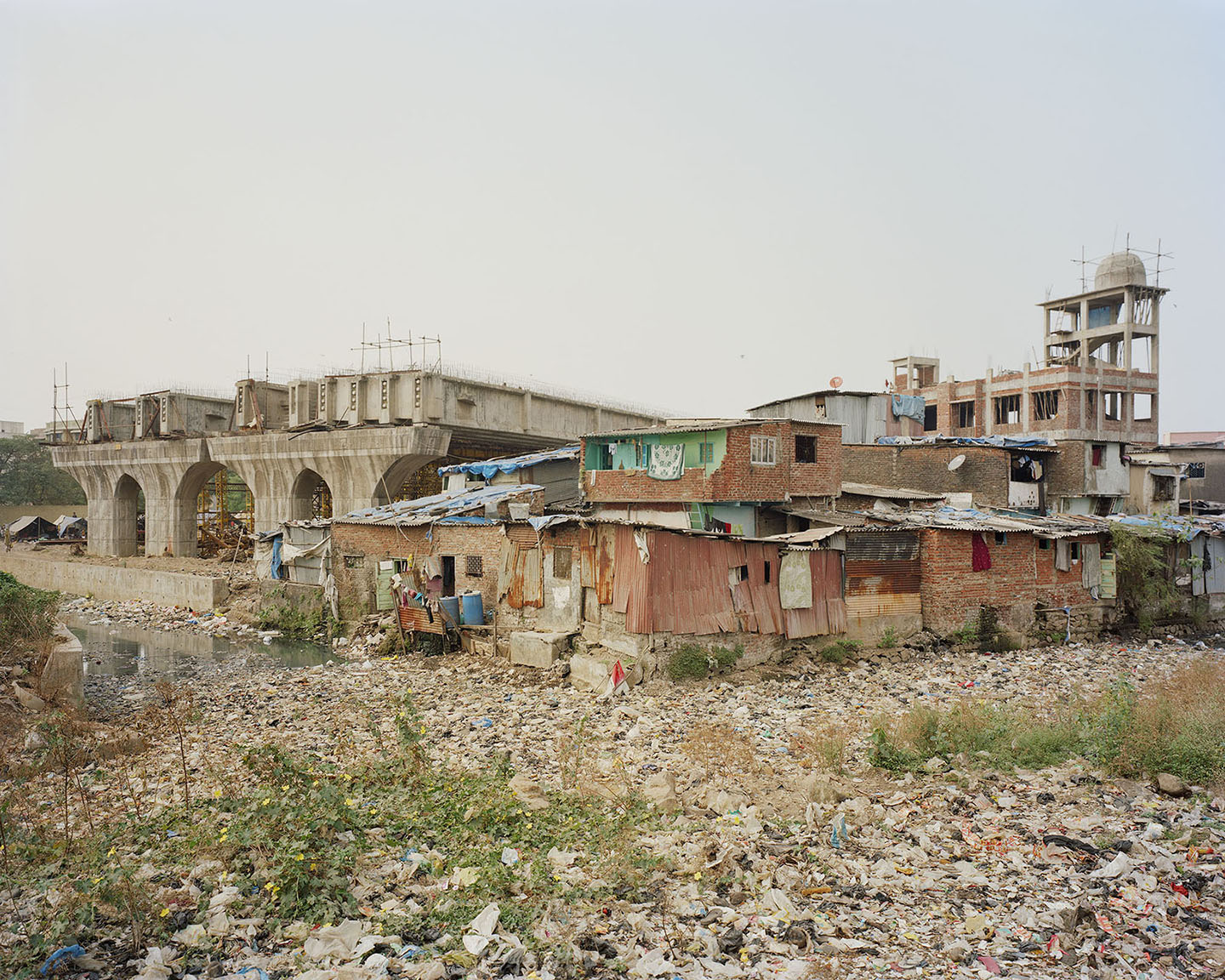 34 year-old Danish photographer and architect Lars Mortensen guides us on an exploration of India‘s dramatic urban development, putting a focus on the extreme contrasts that such a rapid evolution is creating in the urban landscape.

These photographs are taken from Lars’ series In Search of Habitat, which is also available as a photobook recently published by The Velvet Cell – buy your copy here.

Hello Lars, thank you for this interview. What are your main interests as a photographer?

That’s a big question… I think I use photography to understand architecture and cities better. By that I mean that as an architect, I have always been deeply interested in all those built environments that architects typically find unworthy of attention. Lewis Baltz called it sub-architecture – all those places and buildings that are usually considered inaesthetic, insignificant and devoid of meaningful content. But these places take up the vast majority of urban and peri-urban environments. Quite simply, I am interested in questioning this judgement and see for myself what is going on.

What is In Search of Habitat about in particular, and why did you decide to make this series?

In Search of Habitat looks at the expansion of Indian cities. Like in other Asian countries, this expansion is quite rapid and disruptive, but what is more interesting is how ambiguous and contradictory it often proves to be. Unfinished building sites, a permanent insufficiency of infrastructures and the so-called ‘slum rehabilitation schemes’ – which are sometimes more harmful than useful – are just a few examples of the contradictions in the India’s development. So the series is about the country’s promise of modernity or, more precisely, the discrepancy between the promise and the reality.

The In Search of Habitat book offers two parallel narratives of this development: 45 photographs and an essay on urban planning and geography. Together they expand and inform one another, the essay explaining mechanisms the images cannot show, and vice versa. My ambition has been to capture a glimpse of what these emerging cities look like and how the so-called New India is actually materializing. But, of course, my work only shows an absolutely tiny bit of that reality.

How extensively and for how long have you travelled across India to take the pictures for In Search of Habitat?

I have traveled for a bit more than two months and to nine different cities. Considering the vast subject, it was actually a very short time, but still I think I managed to capture some of the essential phenomena.

Can you talk a bit about your approach to making these photographs?

My aim was to offer a view of the emerging metropolis in India. I’ve tried to portray and isolate one at a time some of the country’s defining urban structures: urban villages, construction sites, informal settlements, high-rise condos, suburbs where buildings and landscape collide, and so on. As a series, the sequence of images connects these often highly different environments.

From a more practical perspective, I was simply just walking a lot. I usually went to the outskirts of the cities to find a kind of frontier where transformations of some sort were going on. Most times these walks were quite rewarding, both photographically and in their own right.

What impresses you the most about India’s incredible urban development documented in your images?

What struck me most, I think, was how the cities completely defy any kind of easy categorization. They really are incomprehensible when you start to scratch the surface. This is not to fall back on the common representation of the chaotic third world megacity – sure, they are chaotic, but the way in which completely different urban phenomena exist adjacent to each other is really special. It’s like pockets of opposing realities right next to each other, the most dramatic being the juxtaposition of informal settlements and high-rises. I think Ananya Roy’s notion of a ‘medieval modernity’ nails it quite precisely: different ‘fiefdoms’ within the city with particular laws and codes of conduct existing side by side. These enclaves have a certain autonomy but are at the same time deeply enmeshed in the rest of the city and beyond.

Abandoned building sites was another puzzling thing to stumble upon. When you think of the sheer pressure of people engulfing these cities it is absolutely paradoxical to see big urban projects left unfinished as ruins without any history – some of the concrete skeletons in my images have even been demolished now. One of the things I wasn’t able to photograph was the endless urban villages in Delhi. Huge parts of the city consist of these low-rise, high-density neighbourhoods. From the elevated Delhi Metro it literally looks like a sea of condensed villages. Quite stunning, actually, but I couldn’t really shoot with a 4×5 camera from a moving train…

Did you have any specific references or sources of inspiration in mind while working on In Search of Habitat?

Sze Tsung Leong’s History Images and Peter Bialobrzeski’s Lost in Transition have been important to develop my own outlook. Also, Wouter Stelwagen’s work and my on-going dialogue with him have been formative to me. While working on the book I was also looking at Nadav Kander’s Yangtze – The Long River. These influences are quite visible in my series, I think.

Although my book was essentially finished a year ago, the work on the selection and sequence of images took a more curatorial character as time passed and I became increasingly detached from the specific locations and situations I had photographed. I think the book has benefitted a lot from this, since the images themselves and the way their content is presented has become central to the selection rather than my memory of being there.

I guess it is quite obvious that my point of view and subject matter owes a lot to the legacy of the New Topographics and the so-called Düsseldorf School. Bernd and Hilla Becher in particular as well as Lewis Baltz’s early work are very influential to me. Their compositional and methodical strictness is quite striking, and their ability to isolate one phenomenon at a time is something I aspire to master. The more I look at Baltz’s The Prototype Works, the more I am amazed by his ability to single out aesthetic content in places usually perceived as devoid of any kind of beauty.

I keep returning to a handful of Bas Princen’s images. Some of his works are truly amazing, which of course also has to do with his keen eye to portray ambiguous relationships between the natural and man-made landscape. I think he has created works of great significance exploring this landscape condition. Toshio Shibata and Alexander Gronsky have similarly contributed masterfully to this subject, although in very different ways. All three create beautiful photographs and at the same time they are capable of challenging my understanding and appreciation of landscapes and artifacts.