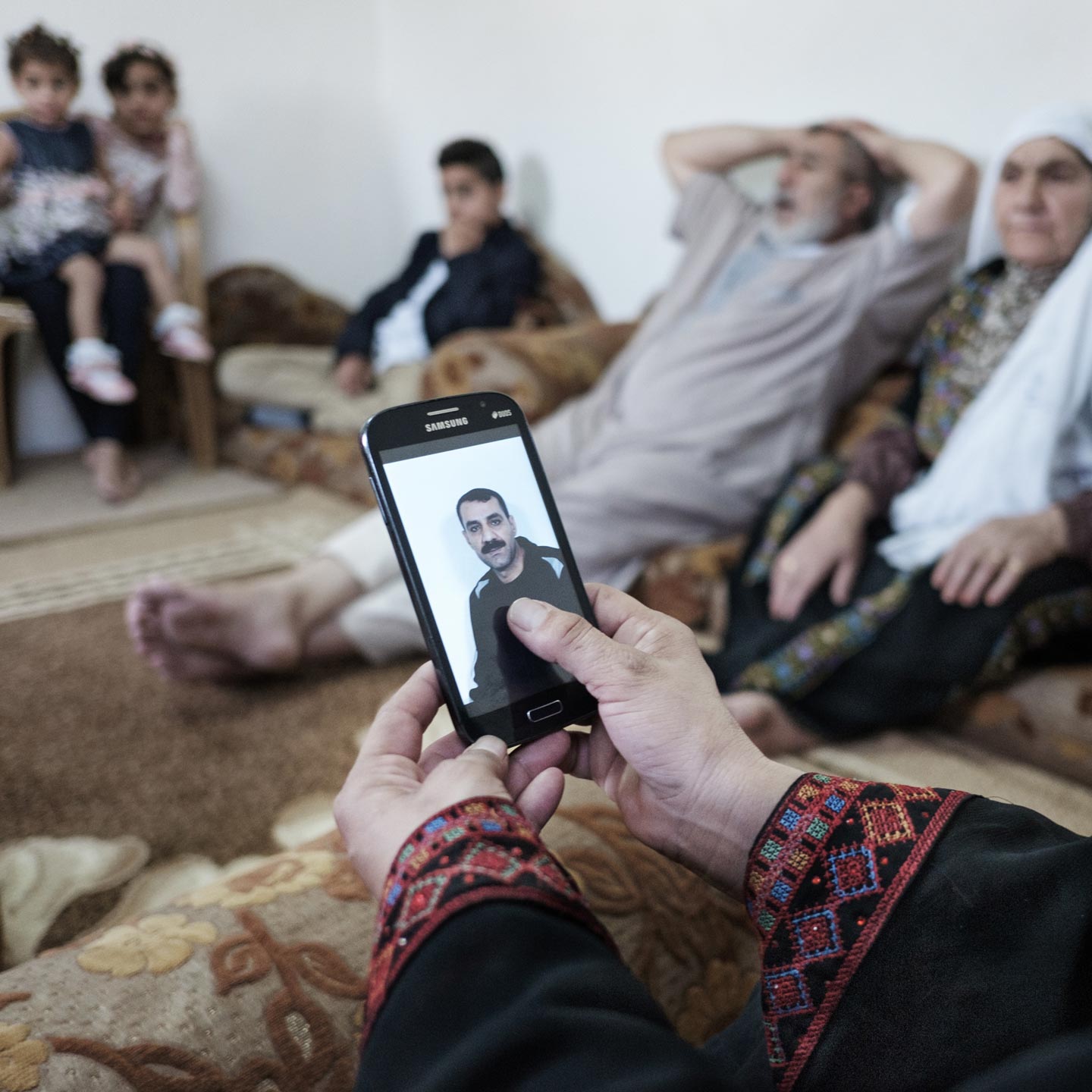 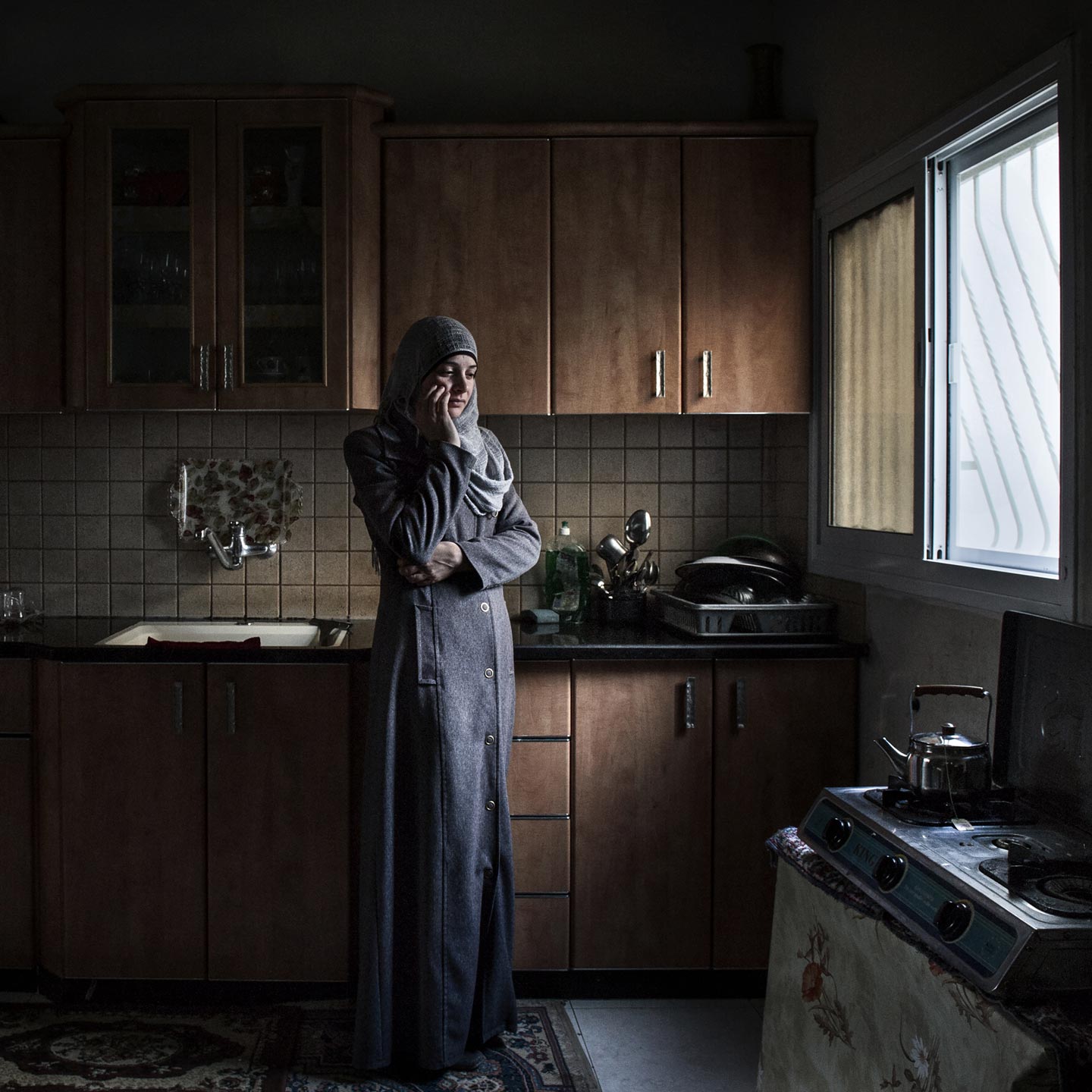 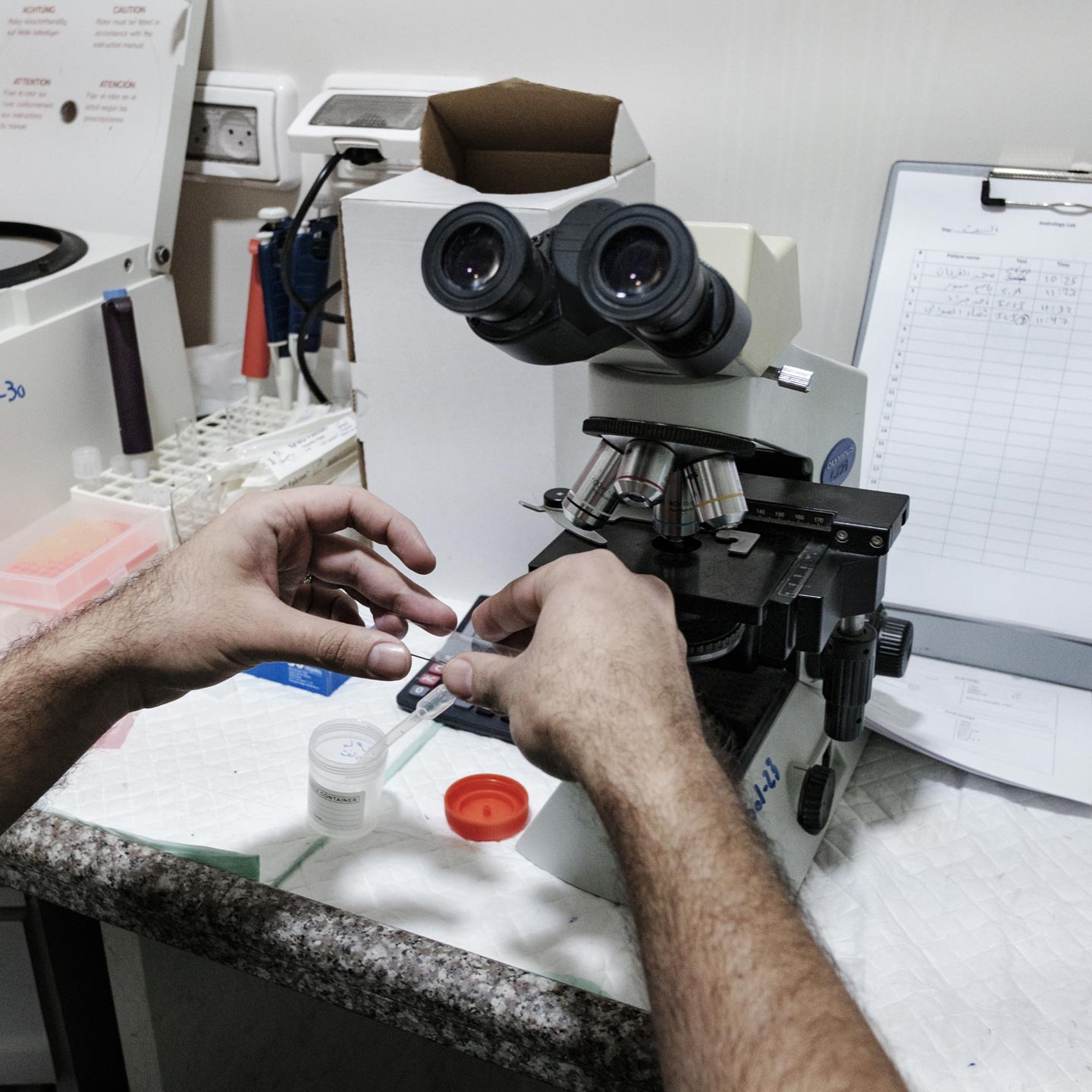 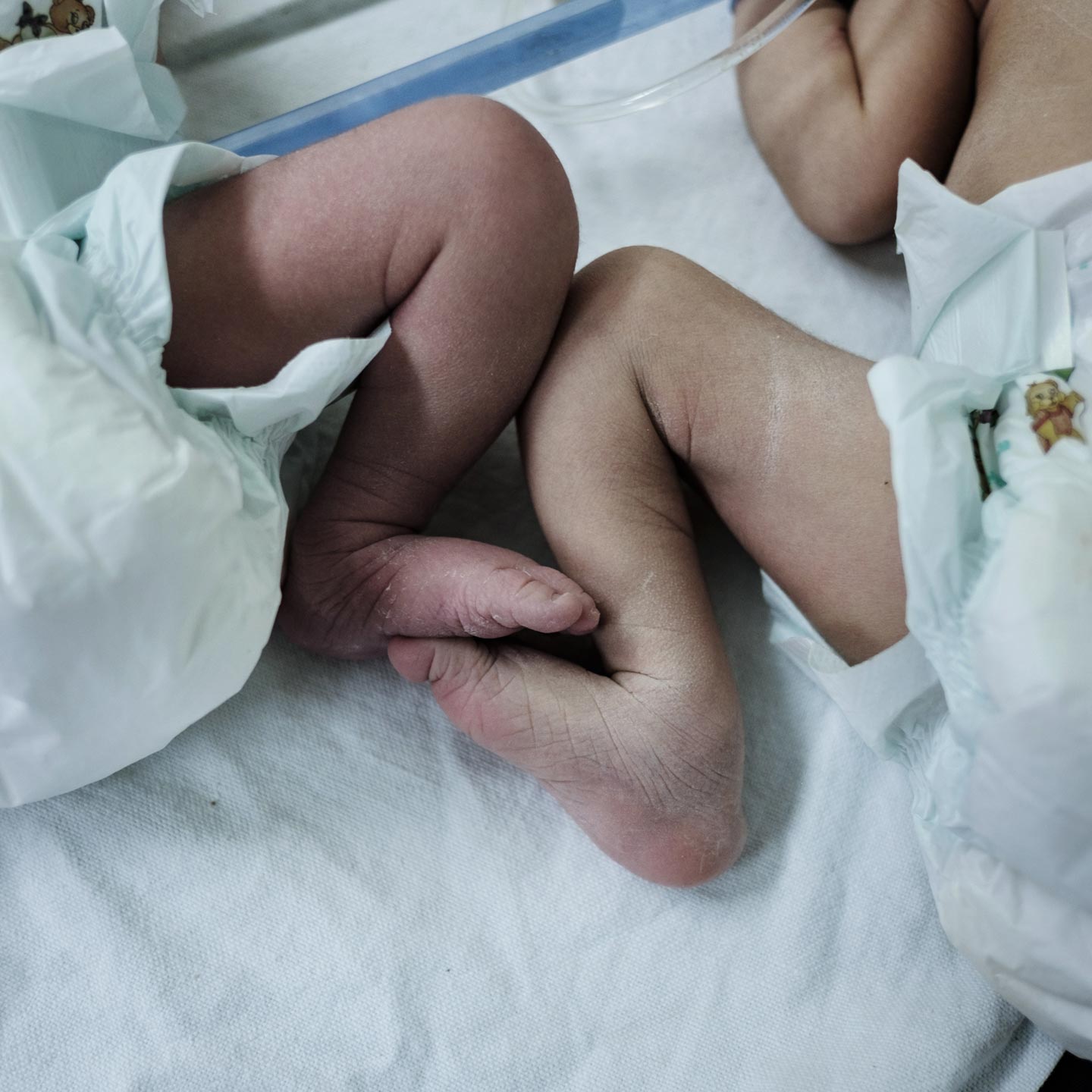 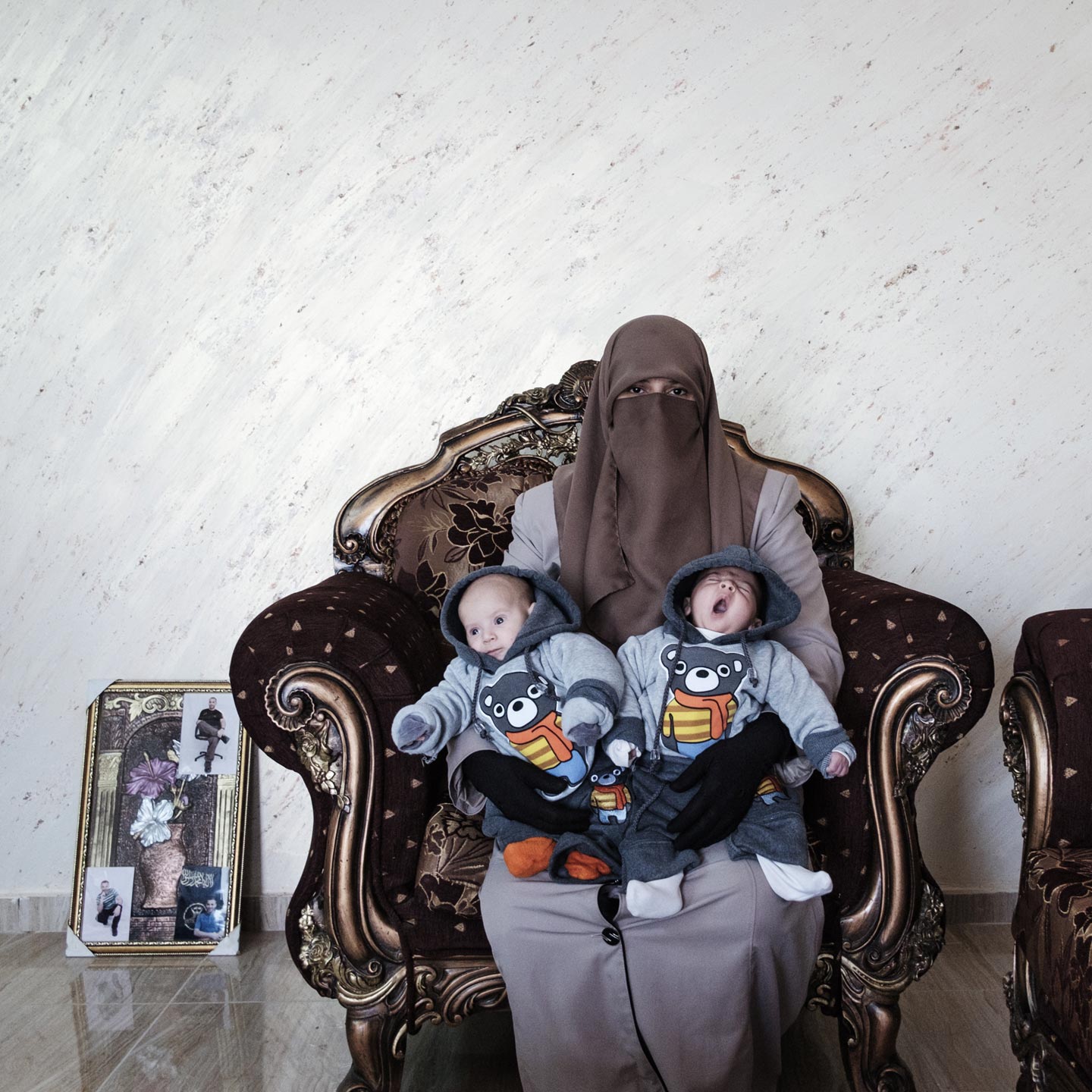 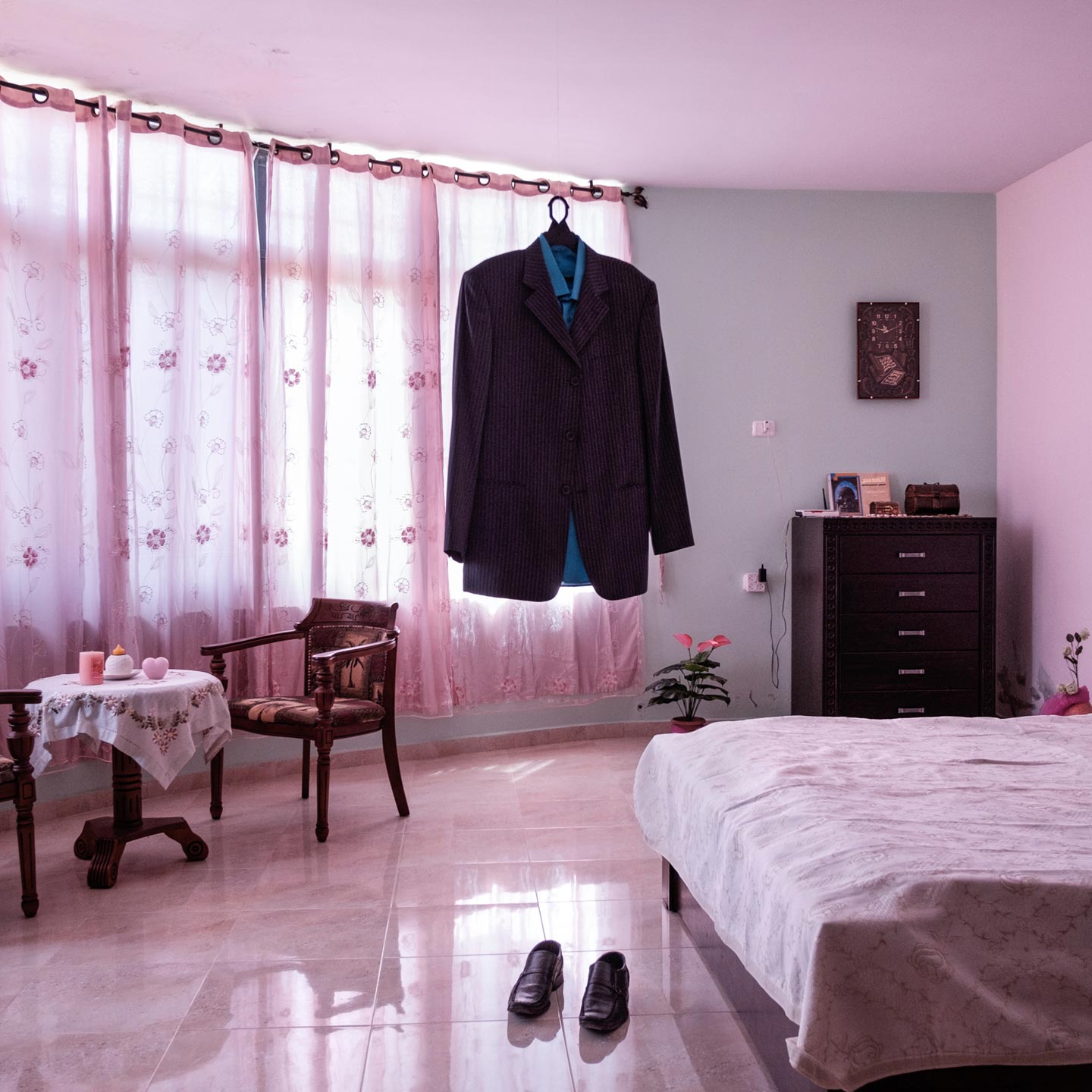 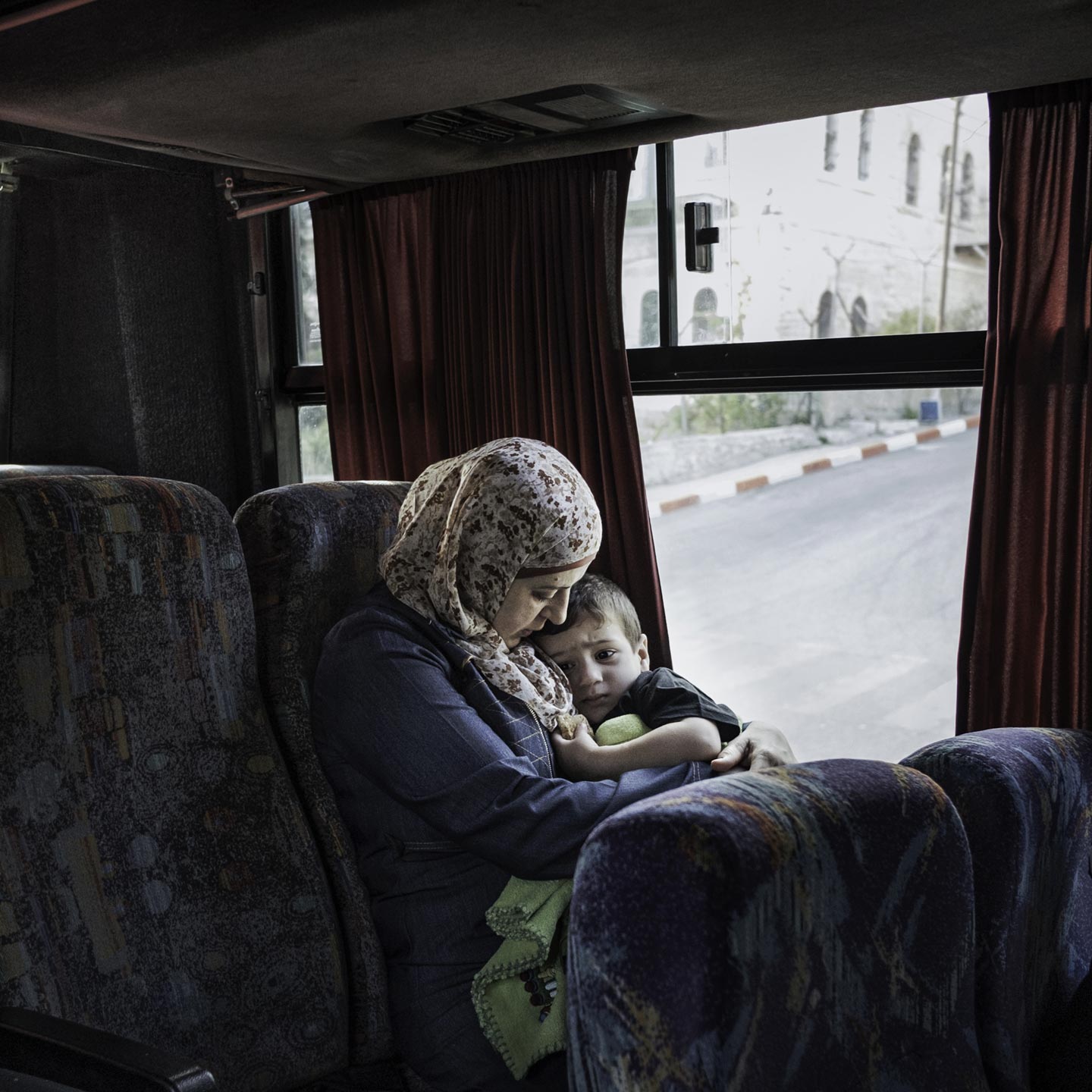 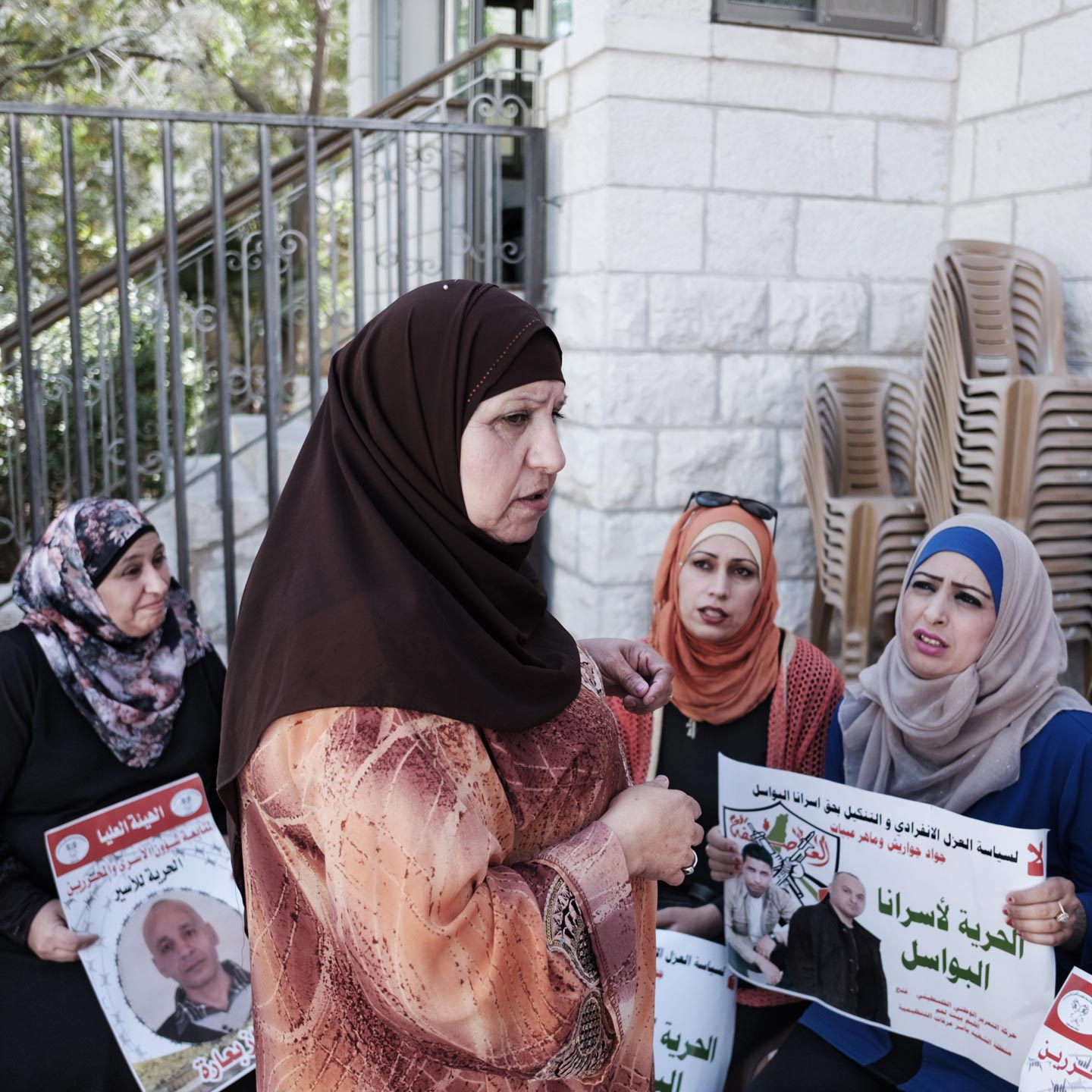 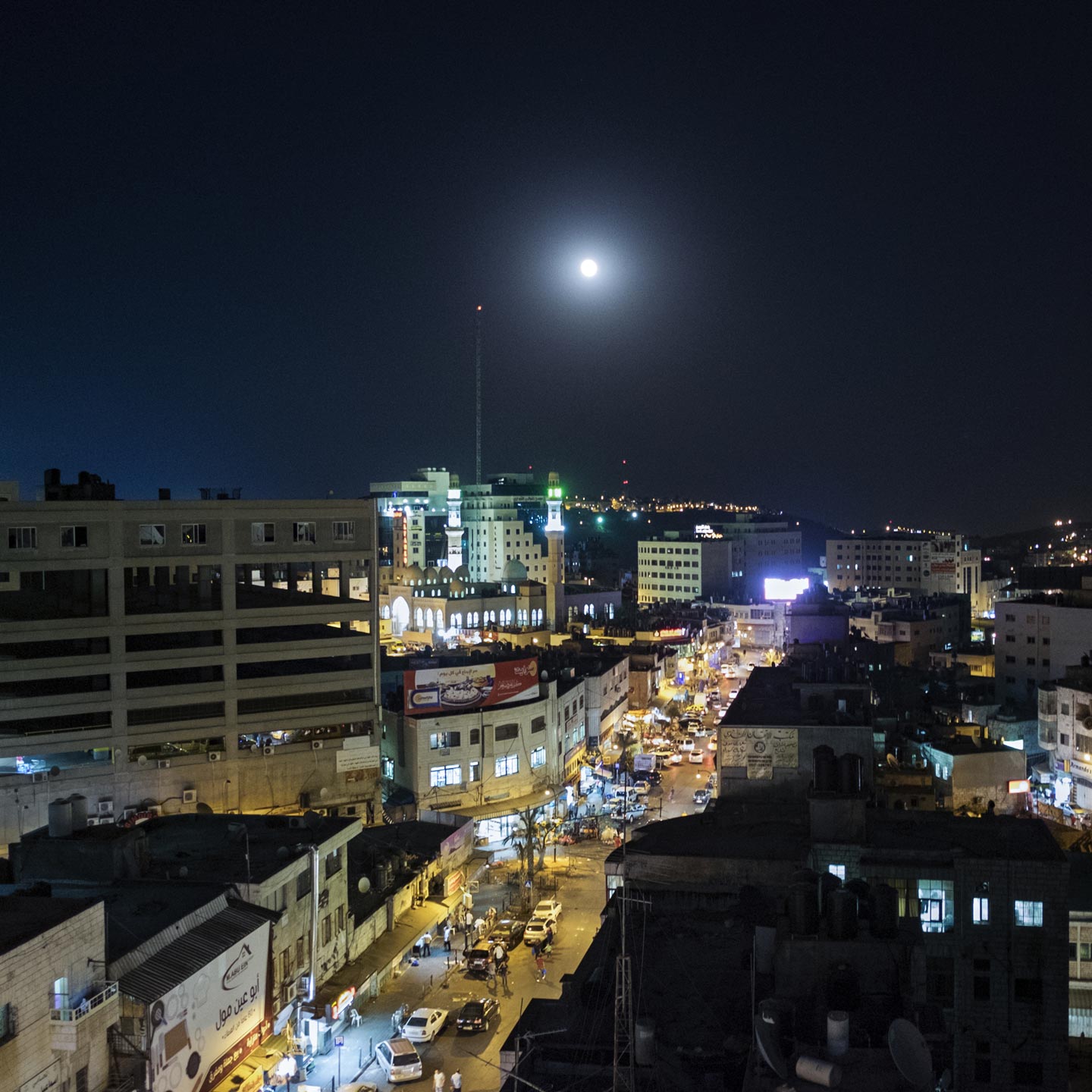 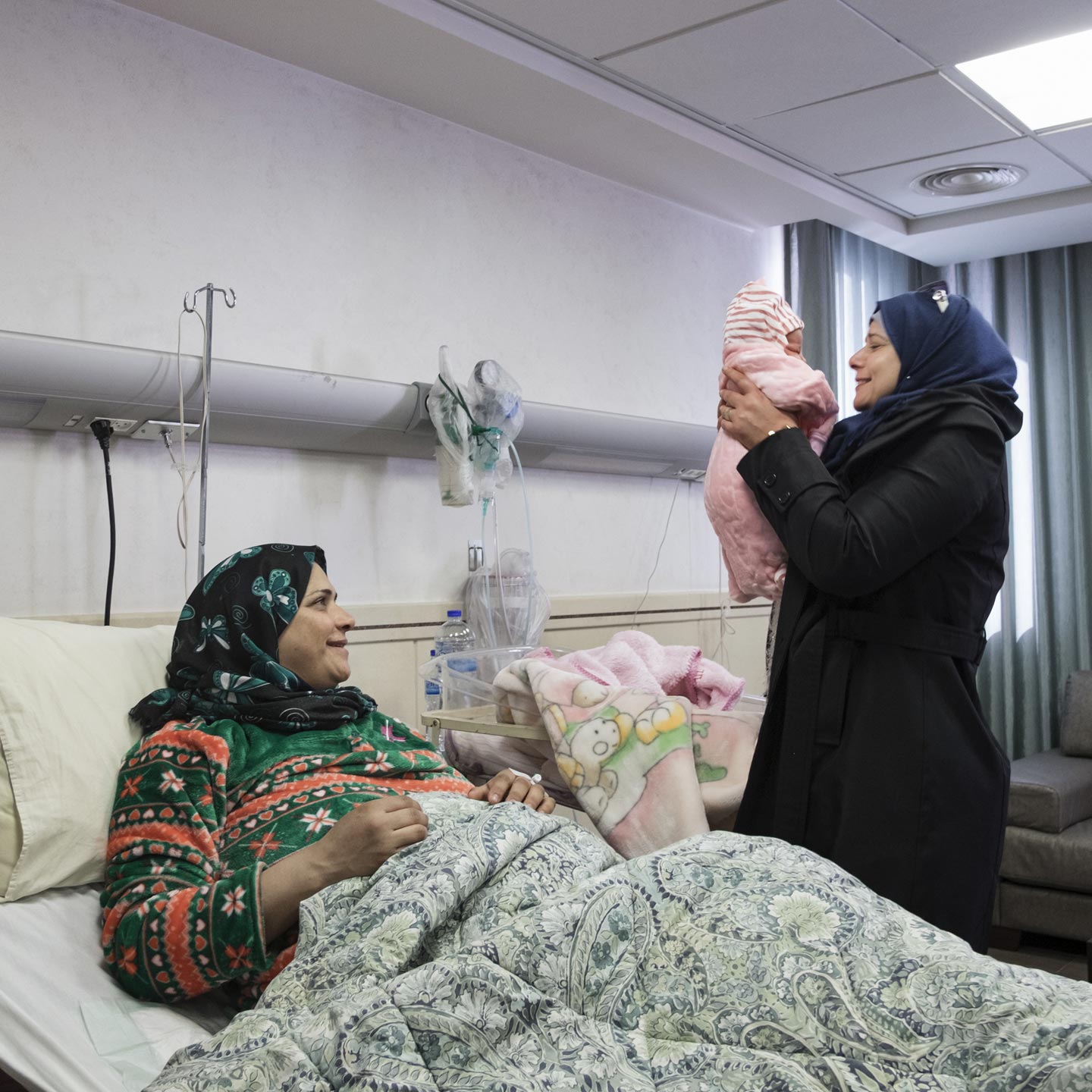 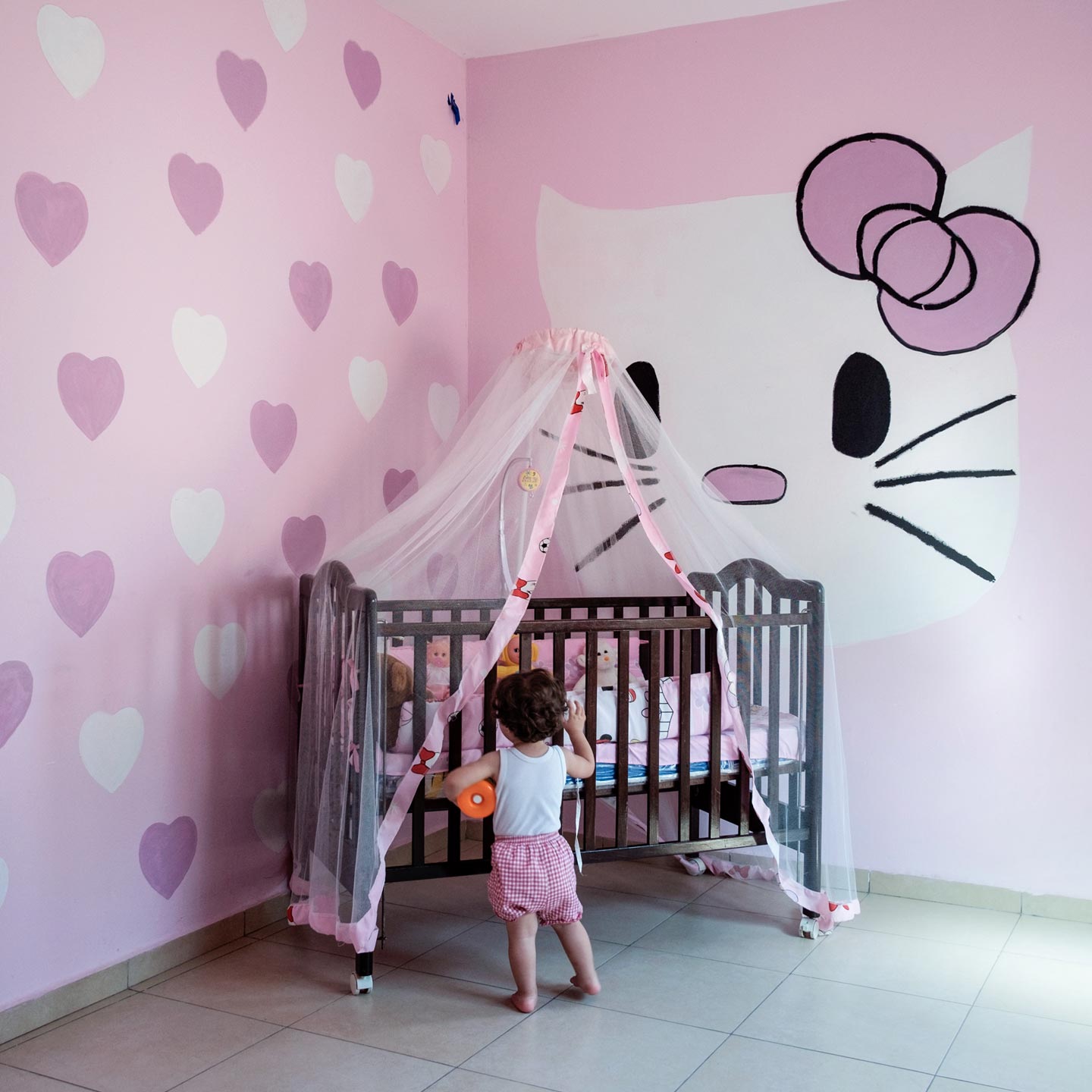 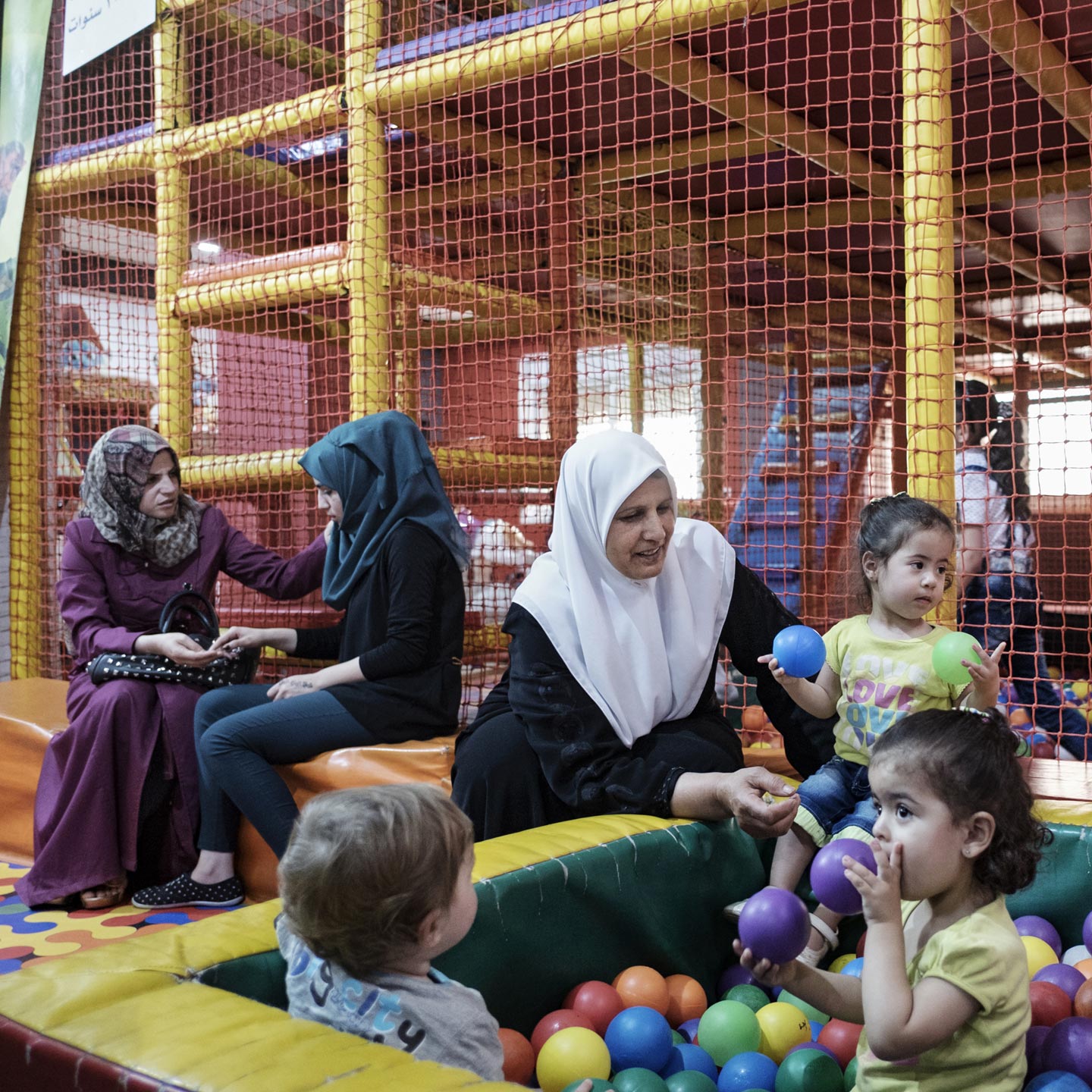 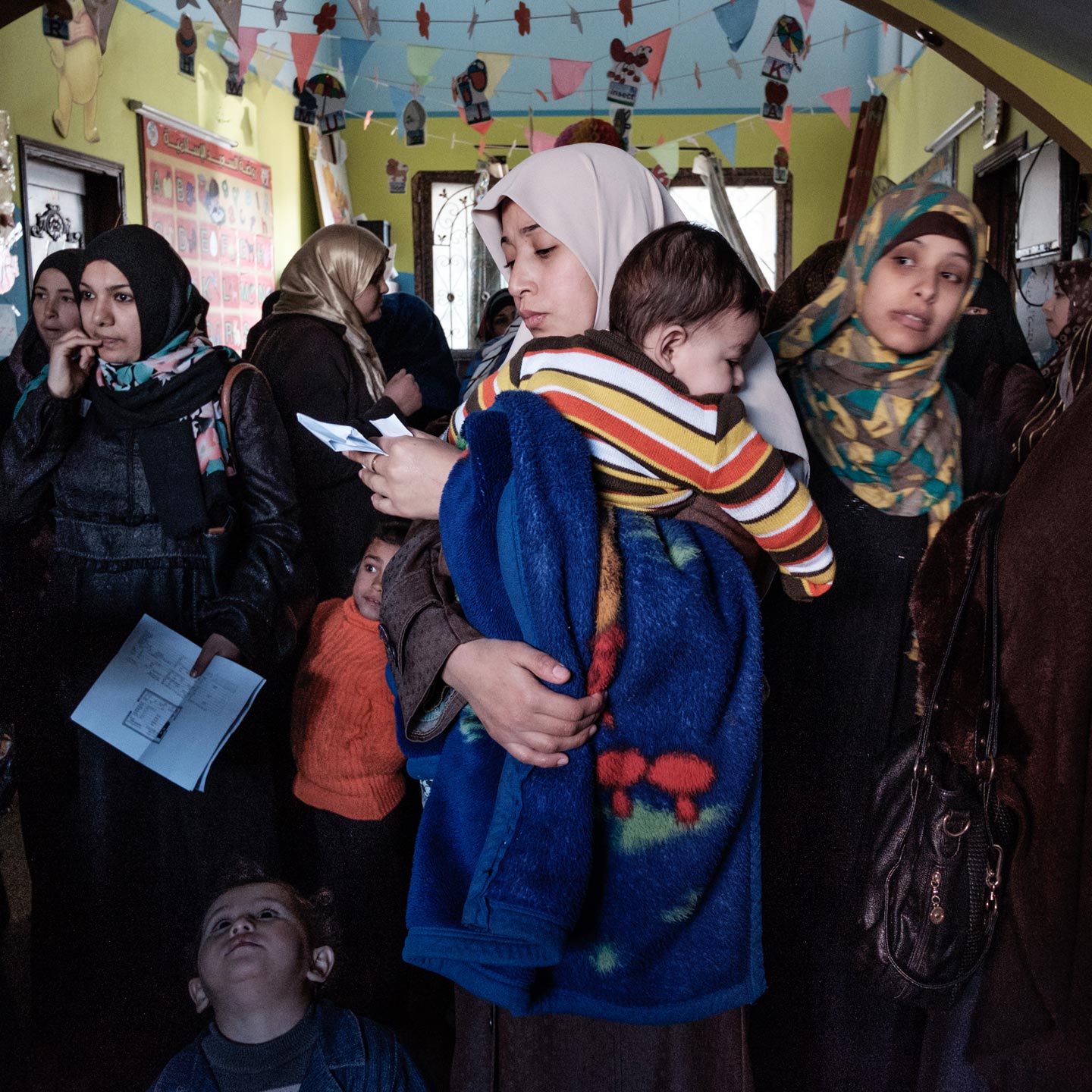 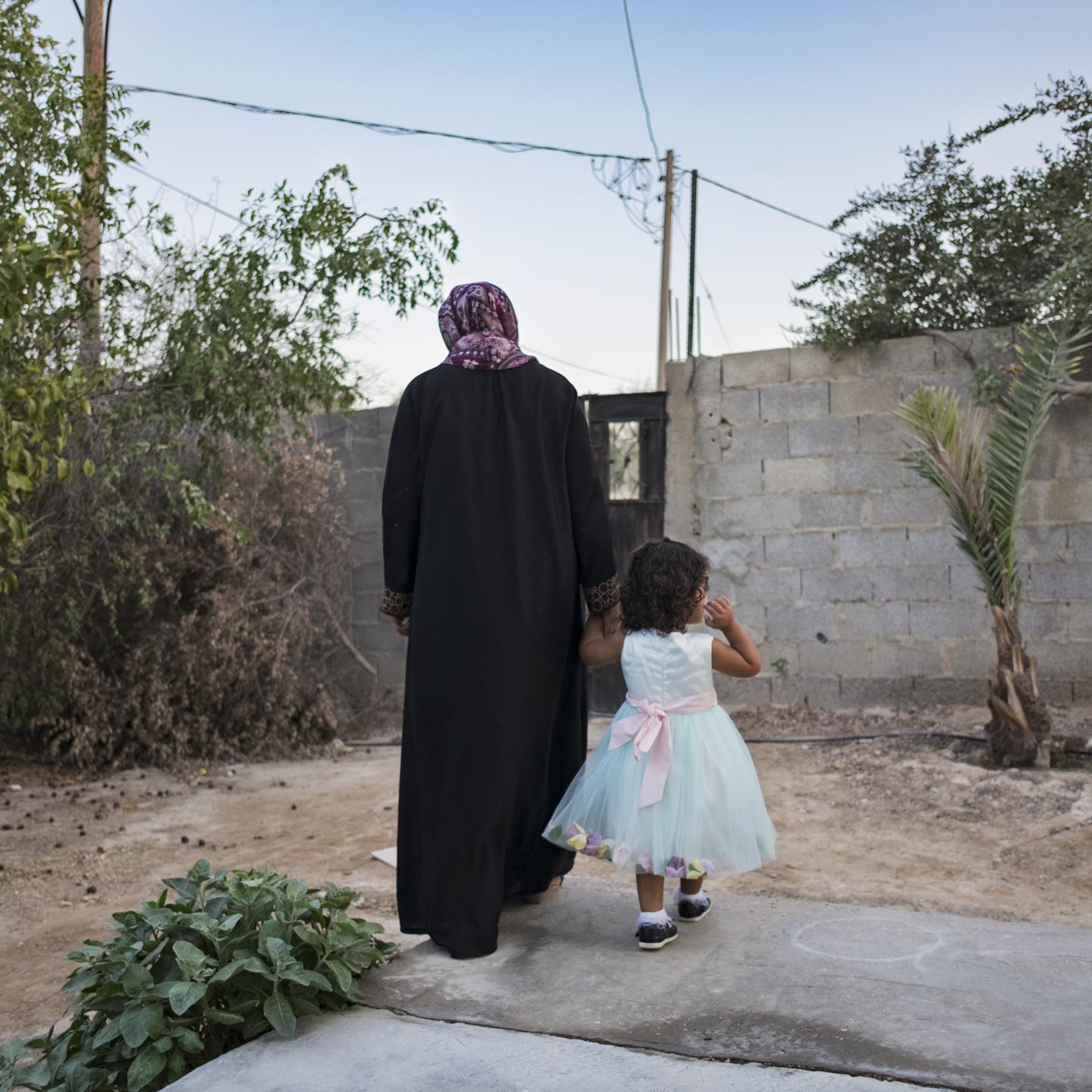 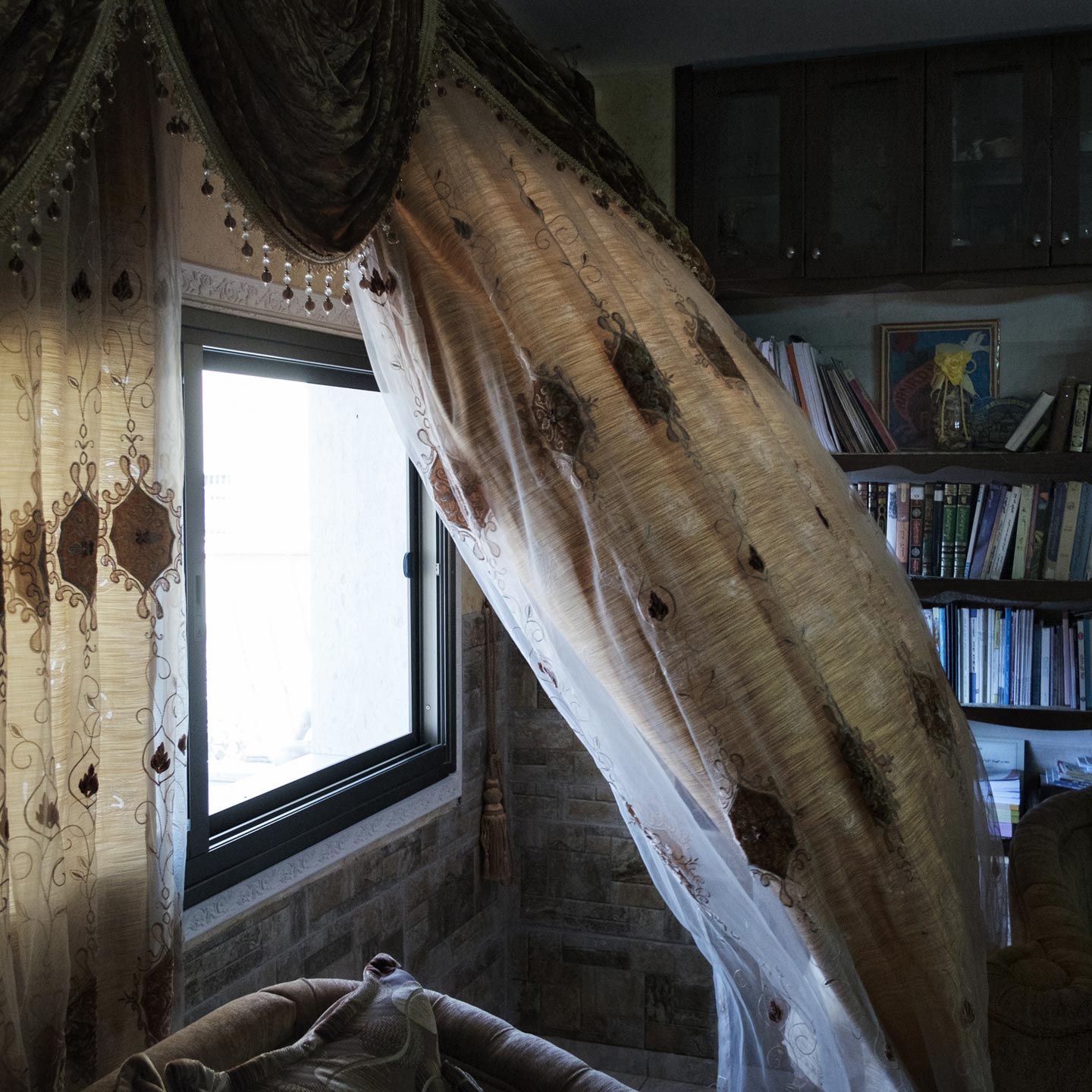 It sounds cheesy to say that love is stronger than anything, but then you see Habibi, a subjective reportage by 37 year-old Italian photographer Antonio Faccilongo, and you start thinking that it might just be true. The series follows the wives of Palestinian men detained in Israeli prisons: the men smuggle their sperm with the help of their children and wives, so that women can then use artificial insemination to get pregnant and bear their new children in the name of love, family and even political resistance.

Hello Antonio, thank you for this interview. What are your main interests as a photographer?

As I child I became fascinated with photography’s incredible ability to document historical facts and to chronicle distant cultures and communities. Growing up I also realized its key role in journalism and documenting current events—today, I consider it a fundamental resource to inform and report. For these reasons, my main interest is in social documentary photography and throwing a light on daily life stories of people and communities from around the world. In particular, I prefer long-term projects as I believe that you can truly understand a certain reality only by creating a close relationship with your subjects. Also, I mostly work in Palestine because too often you hear about this territory only with regards to war: my goal is to share stories of Palestinians’ everyday life to protect their dignity as human beings.

Habibi deals with Palestinian women’s practice of smuggling their husbands’ sperm out of the prisons in which the men are detained. How do they even do it?

The inmates can physically be in the same room only with their children aged 6 years old or less, and they are allowed to give the children some gifts, like sweets or small objects they made. It’s on these occasions that they manage to hand them over a vial containing the sperm, hidden inside a snack’s packaging. This is one of many ways they do it, but the only one I could photograph because the Israeli authorities already knew about it.

Is it dangerous for the women to smuggle the sperm? What happens if they get caught?

Women who were discovered participating in this practice never suffered any consequences; on the other hand, when the authorities first learned about sperm smuggling, the inmates who would become fathers were put in solitary confinement for long periods of time. Nowadays, it can be said that sperm smuggling is still illegal, but somewhat tolerated.

How did you find out about this story?

I’ve been working in Palestine since 2008 and I’ve often dealt with stories about Palestinian prisoners and their families. Knowing this, a colleague shared the news of sperm smuggling with me and provided me with the first leads to start covering it.

Have you spoken with the women you photographed? Why do they and their husbands decide to have a child even though they know the men face many years in prison?

I’ve spoken with and interviewed all the women who appear in my photographs. From what they told me, there are three reasons why they want to have other children despite their husbands are serving anything from a 20-year term to life sentences: the desire of becoming mothers; to create a family their men can come back to, if they ever get released; and as a way to contribute to the Palestinian resistance.

Can you talk a bit about your approach to the work, photographically? What did you want to capture in your images?

I always try to become close with the subjects I choose to work with, so that I can capture their essence when I photograph them. In the case of Habibi, it was necessary to wait for the women to gain trust in me, and that they themselves felt the need to be photographed. This allowed me to create a relationship with them and to enter a complex and hardly accessible reality.

What does the title of the series Habibi mean?

Literally, ‘habibi’ means ‘I love you’. The Palestinians say it to anyone who is important in their lives—not just their partners, but also their parents, relatives and friends. I chose it as the title of my series as a reference to the love the women I photographed feel for their husbands, children, families and life; but it can also be interpreted as their love for their homeland and their will to oppose the dynamics of the conflict with the feelings of their hearts.

Did you have any specific references or sources of inspiration in mind while working on Habibi?

There’s not a photographer or photographic project I was specifically thinking about, but surely Habibi is influenced by the work of many authors I’ve admired during my career.

What have been the main influences on your photography? Who are some of your favorite contemporary photographers?

Alec Soth is definitely one of my favorites; Francesco Zizola is one of the best photojournalists of our times for the way he combines documentation with his personal point of view. I also appreciate Carolyn Drake’s sensibility and Pieter Hugo’s portraiture.

Of the photographers of my generation, I admire the work of Massimo Berruti and Sara Naomi Lewkowicz: they’re very talented and both can treat stories of social distress with great sensitivity.