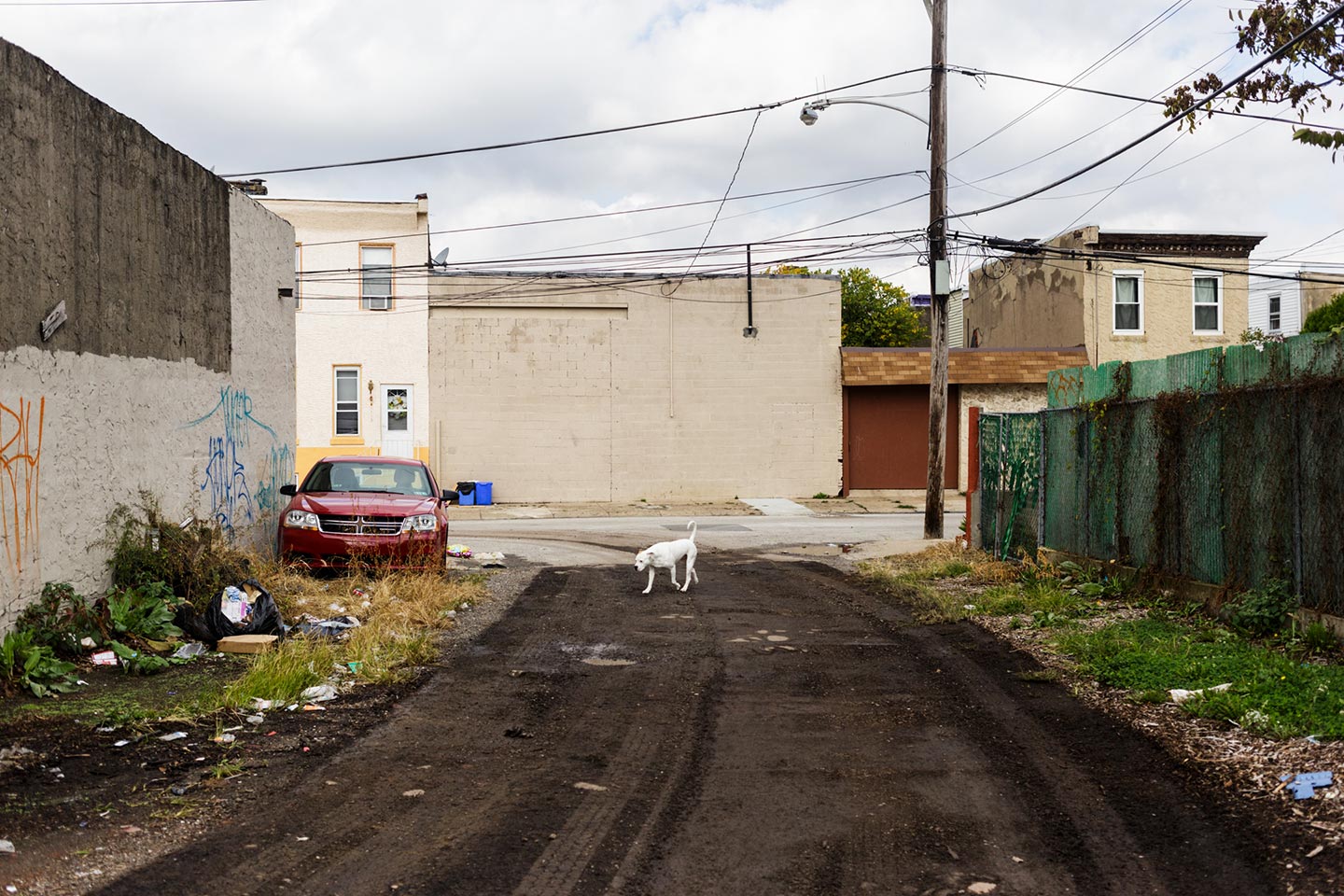 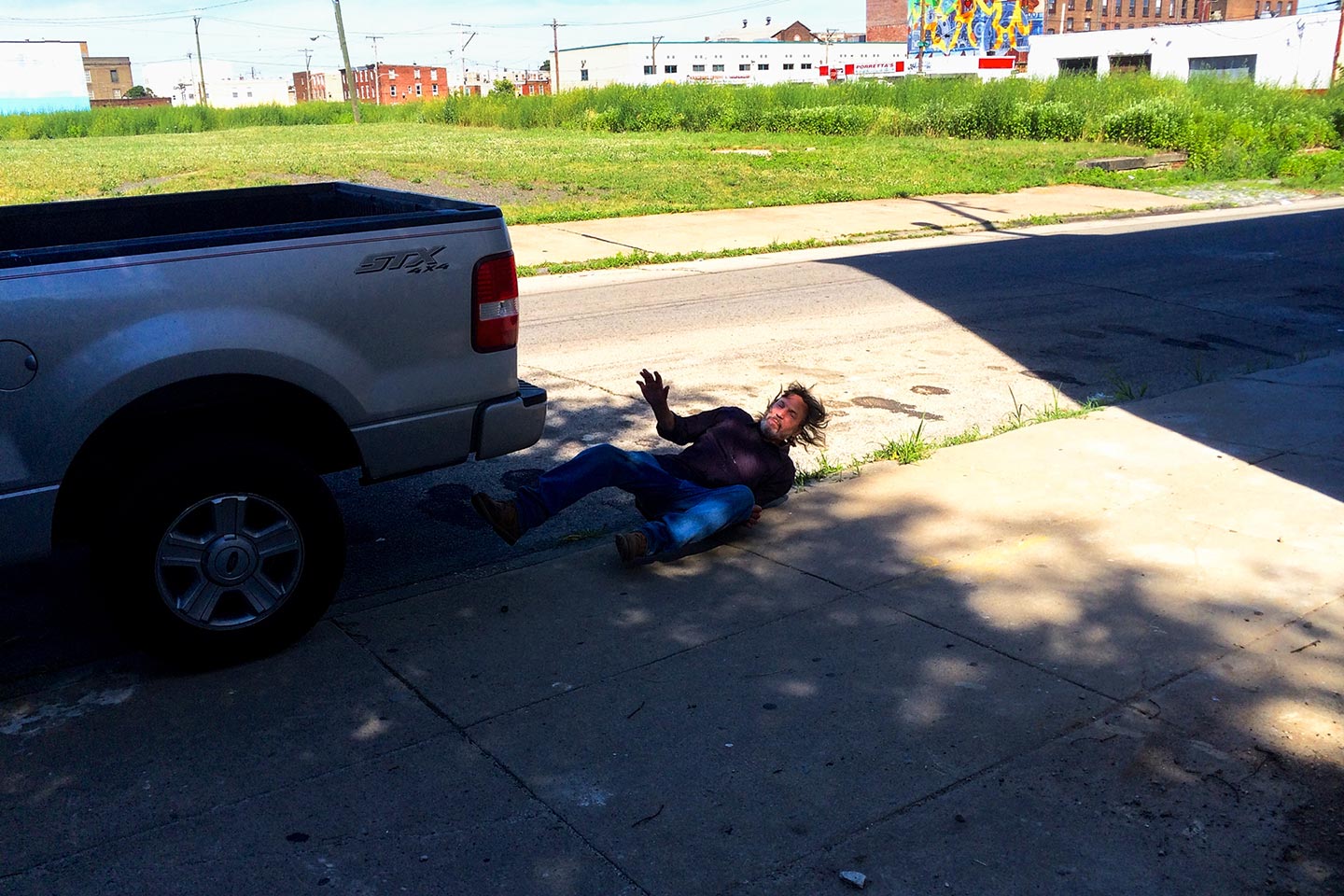 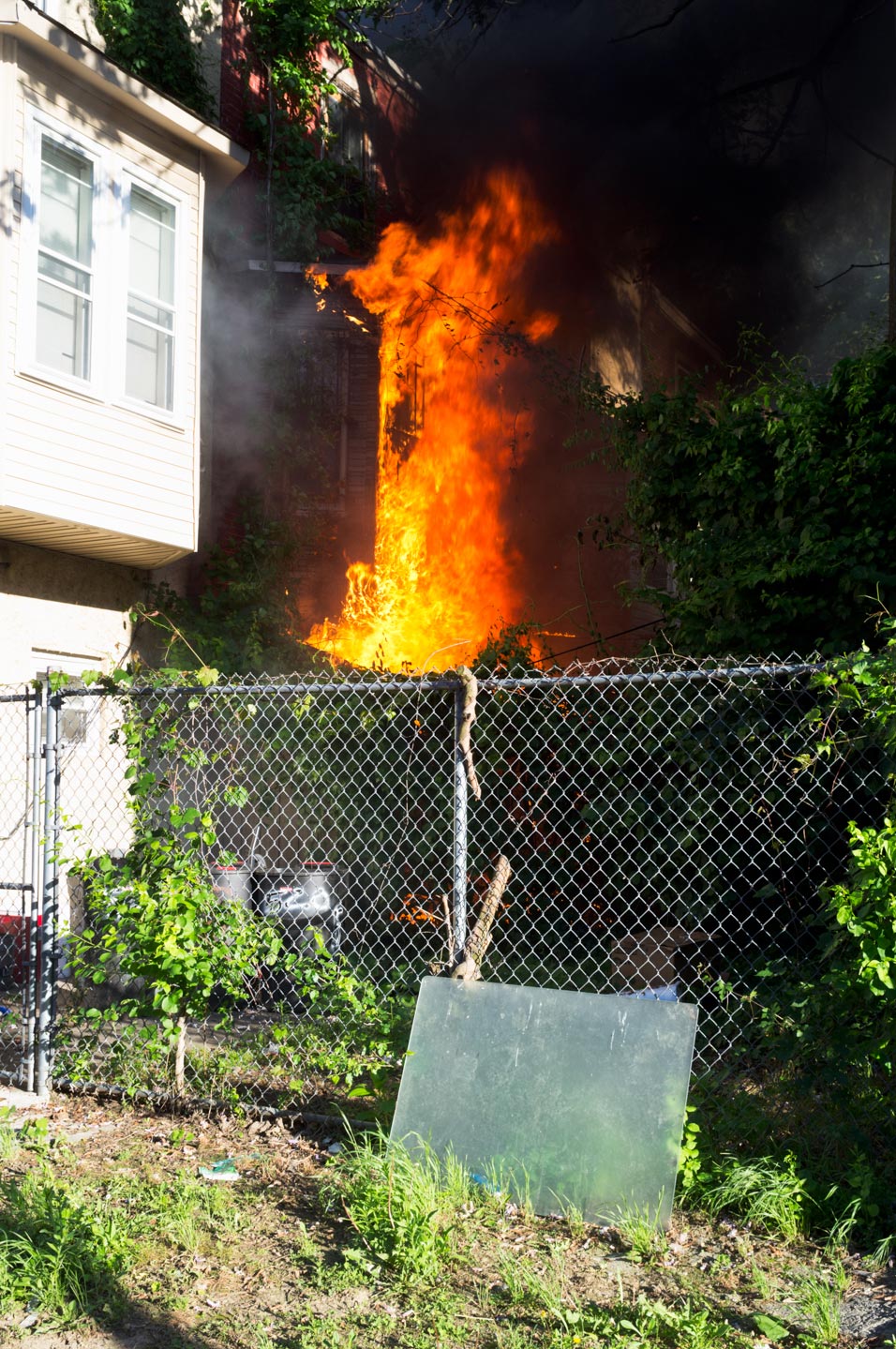 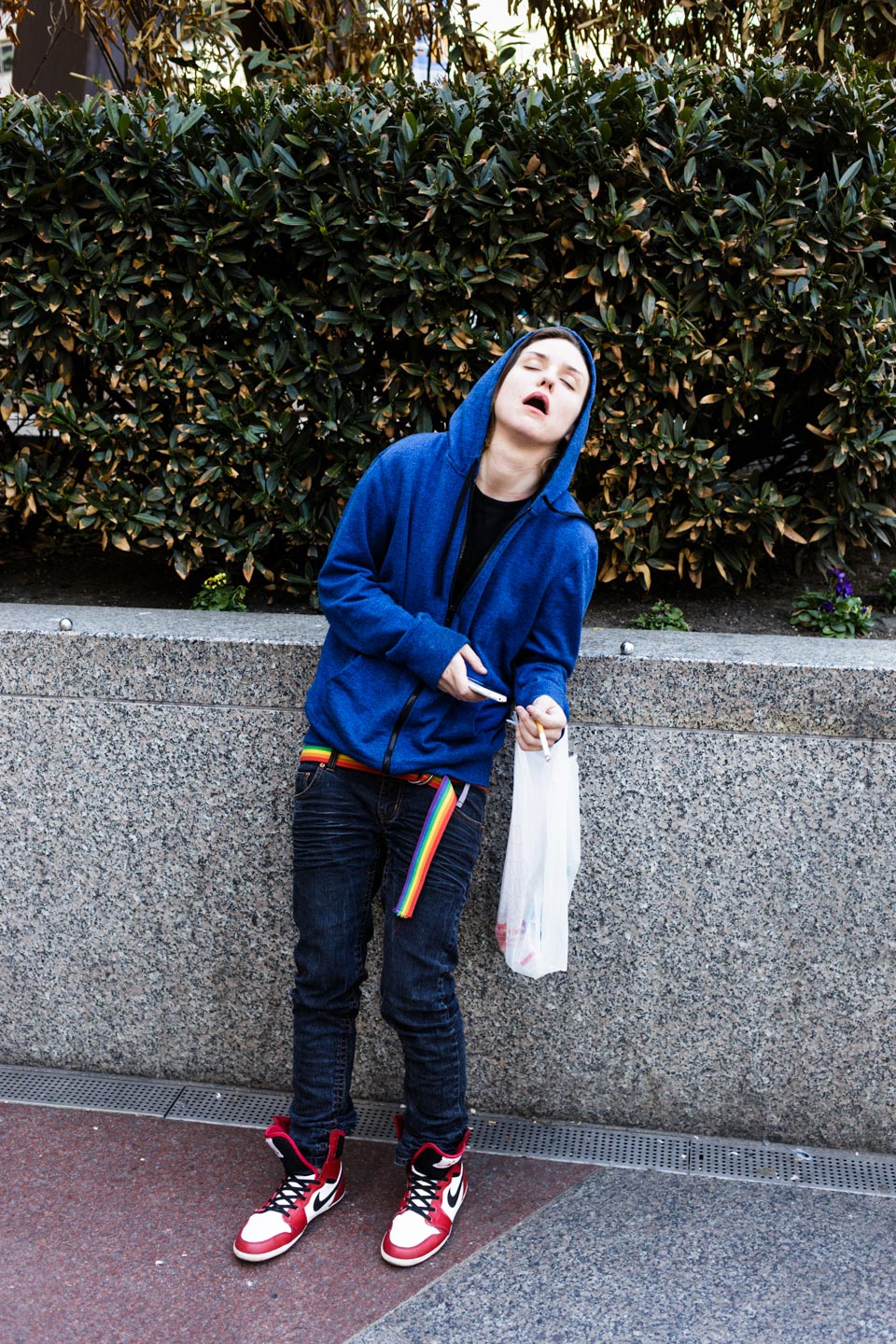 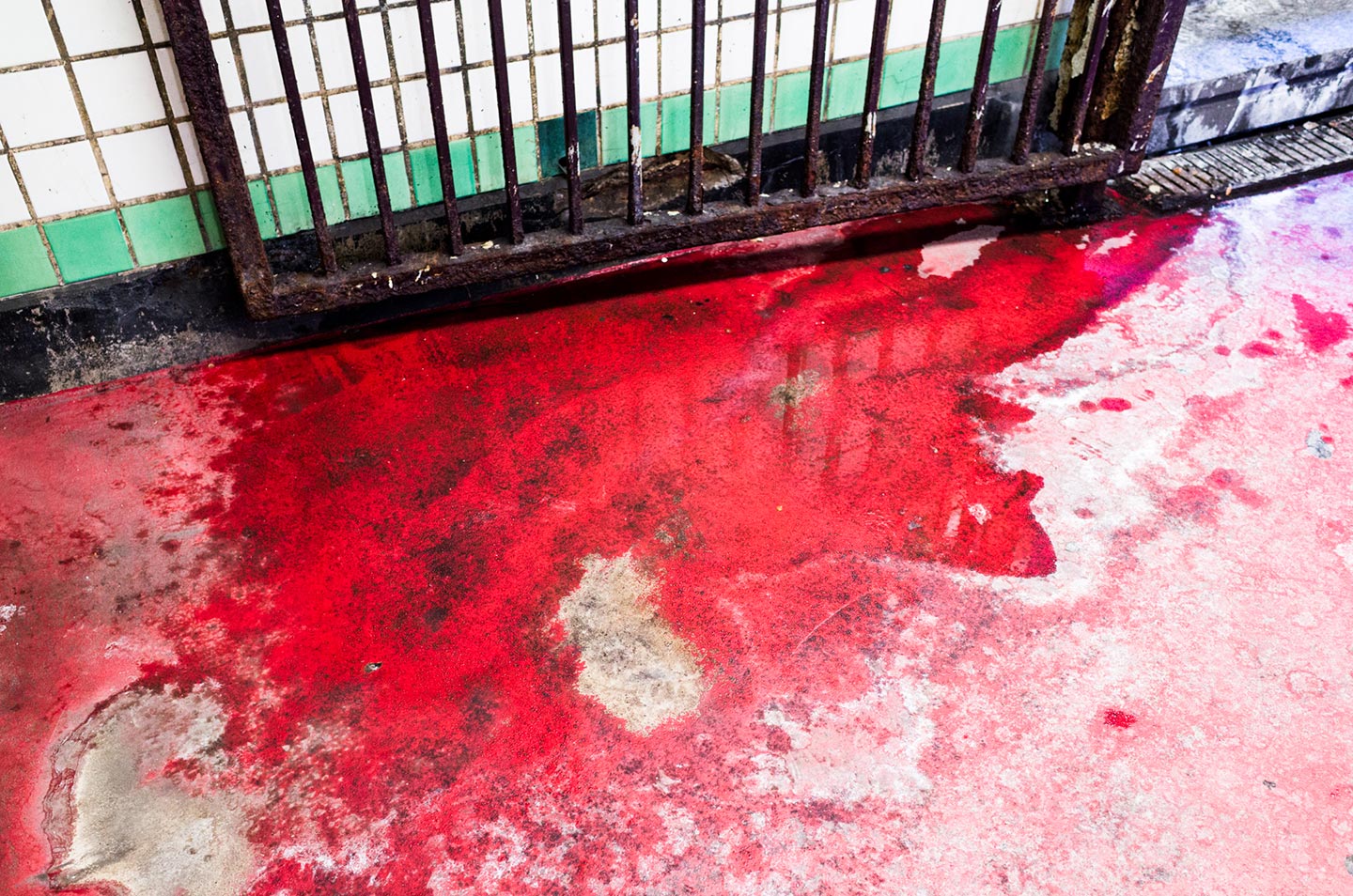 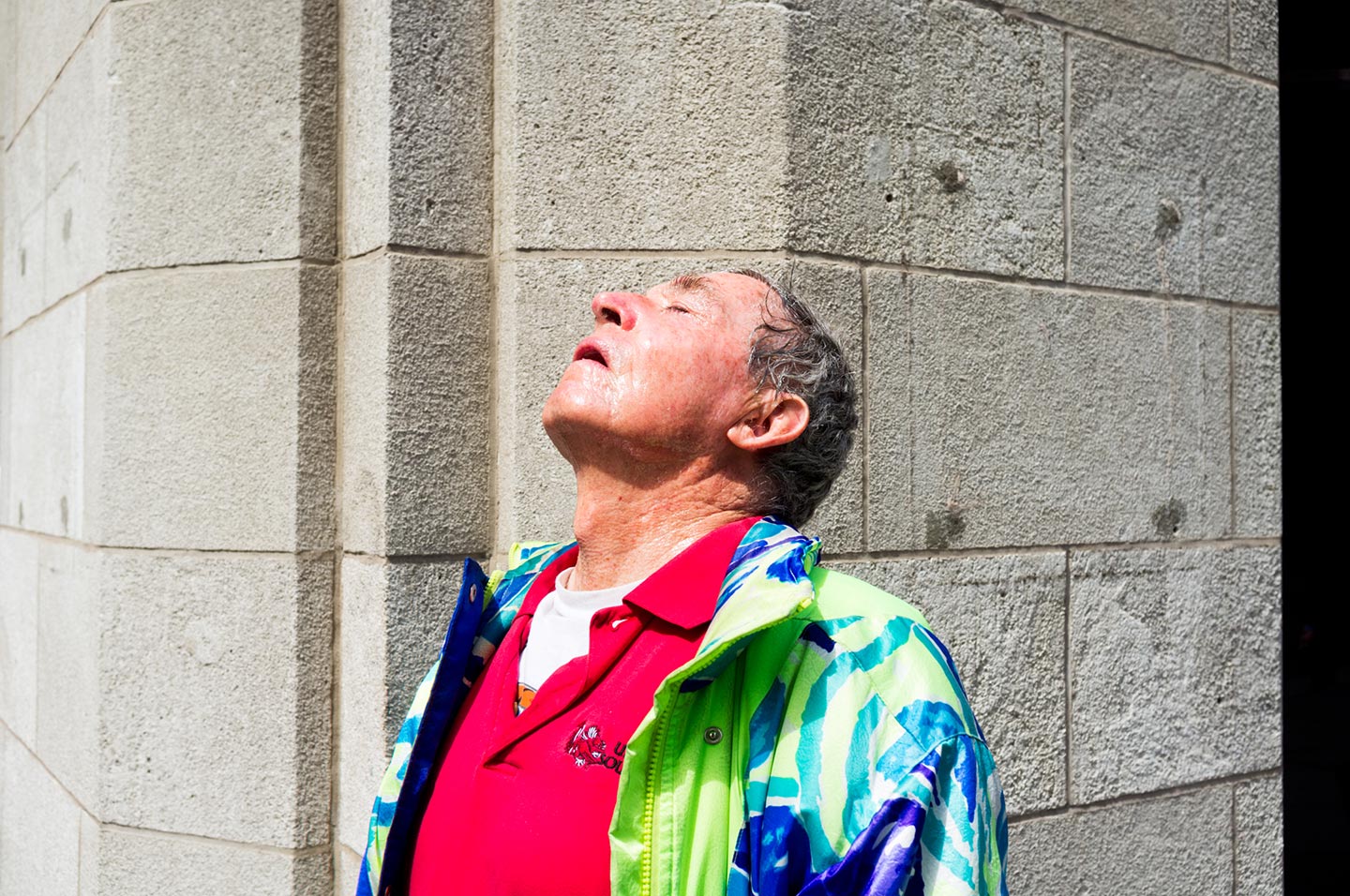 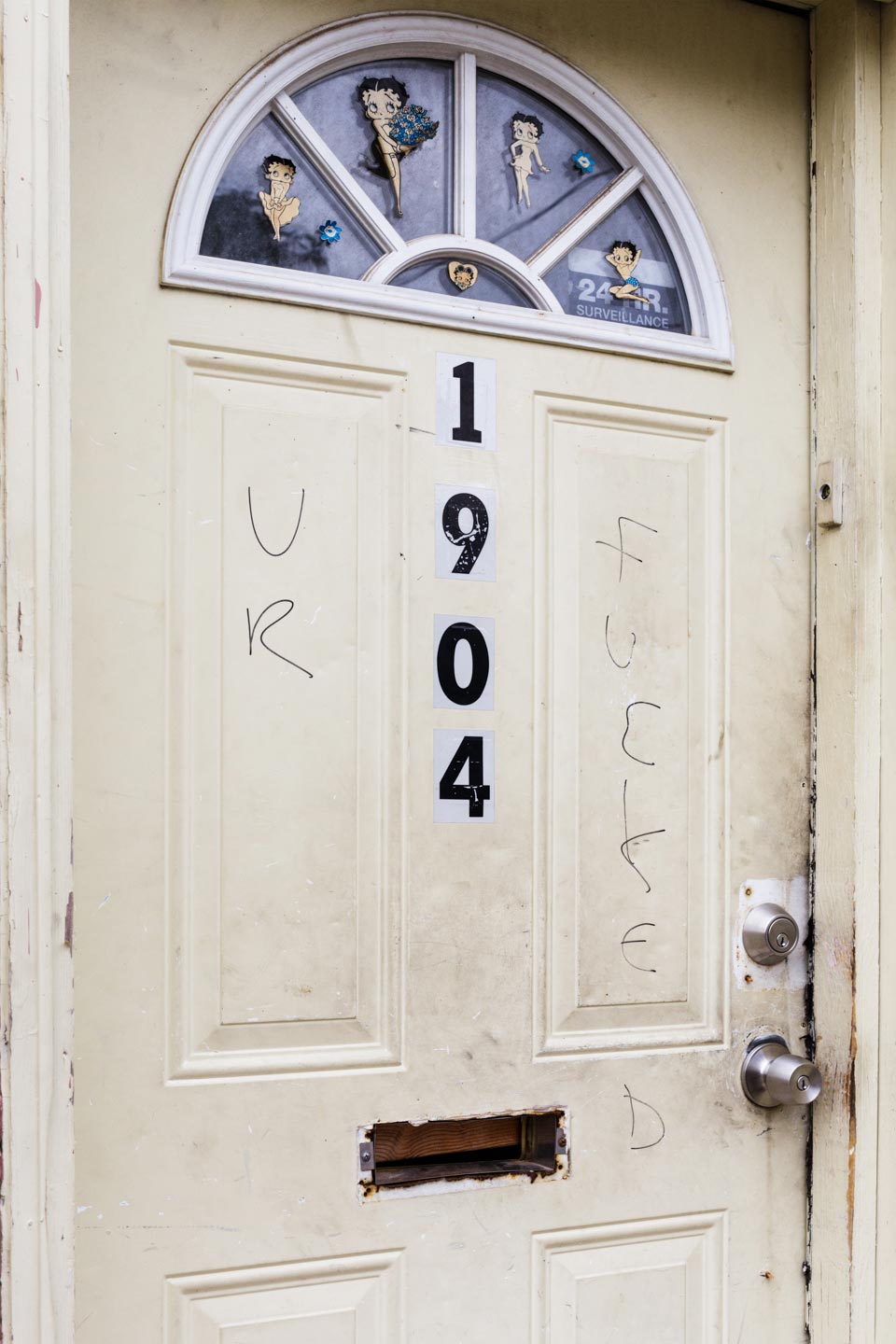 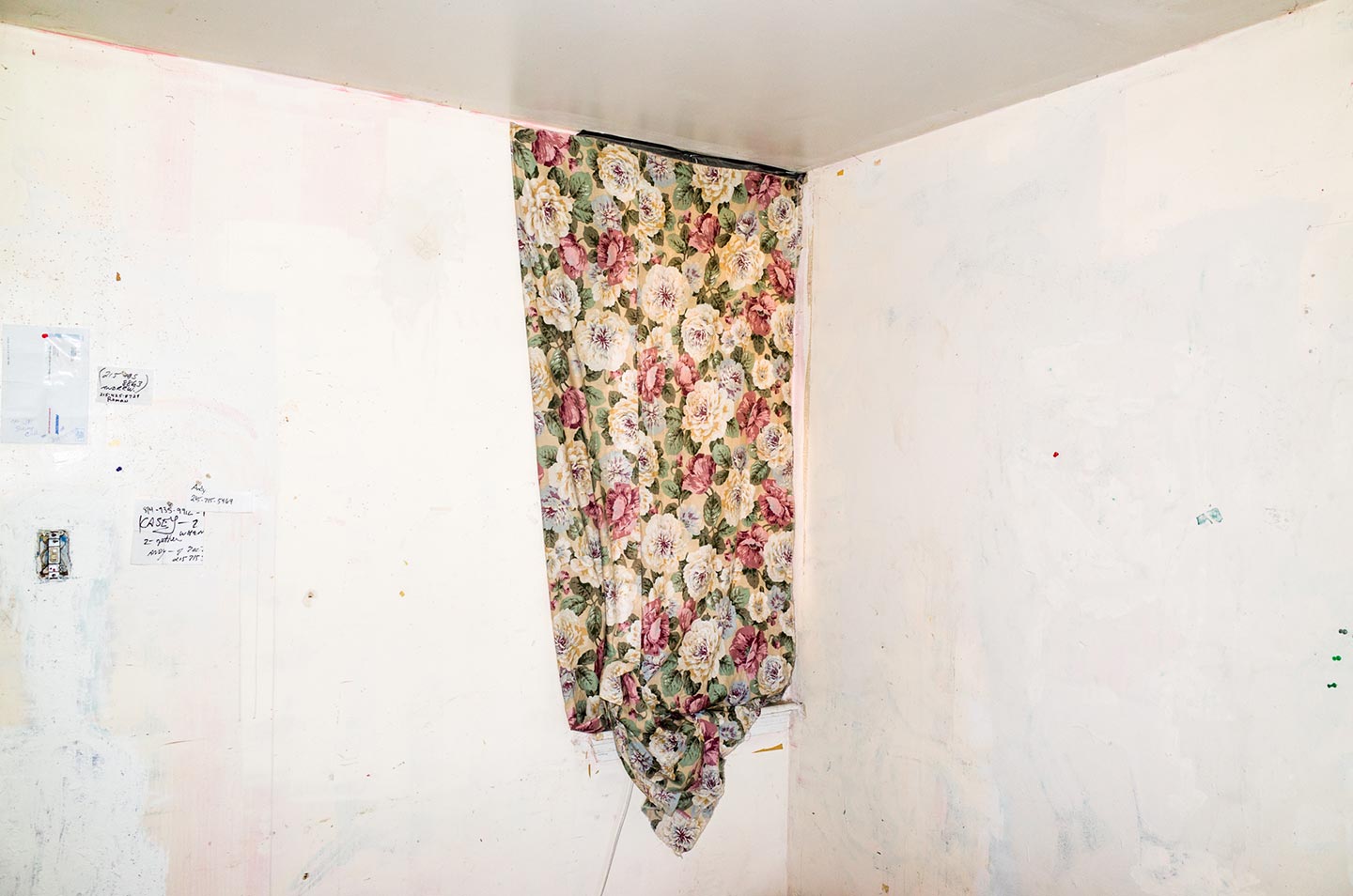 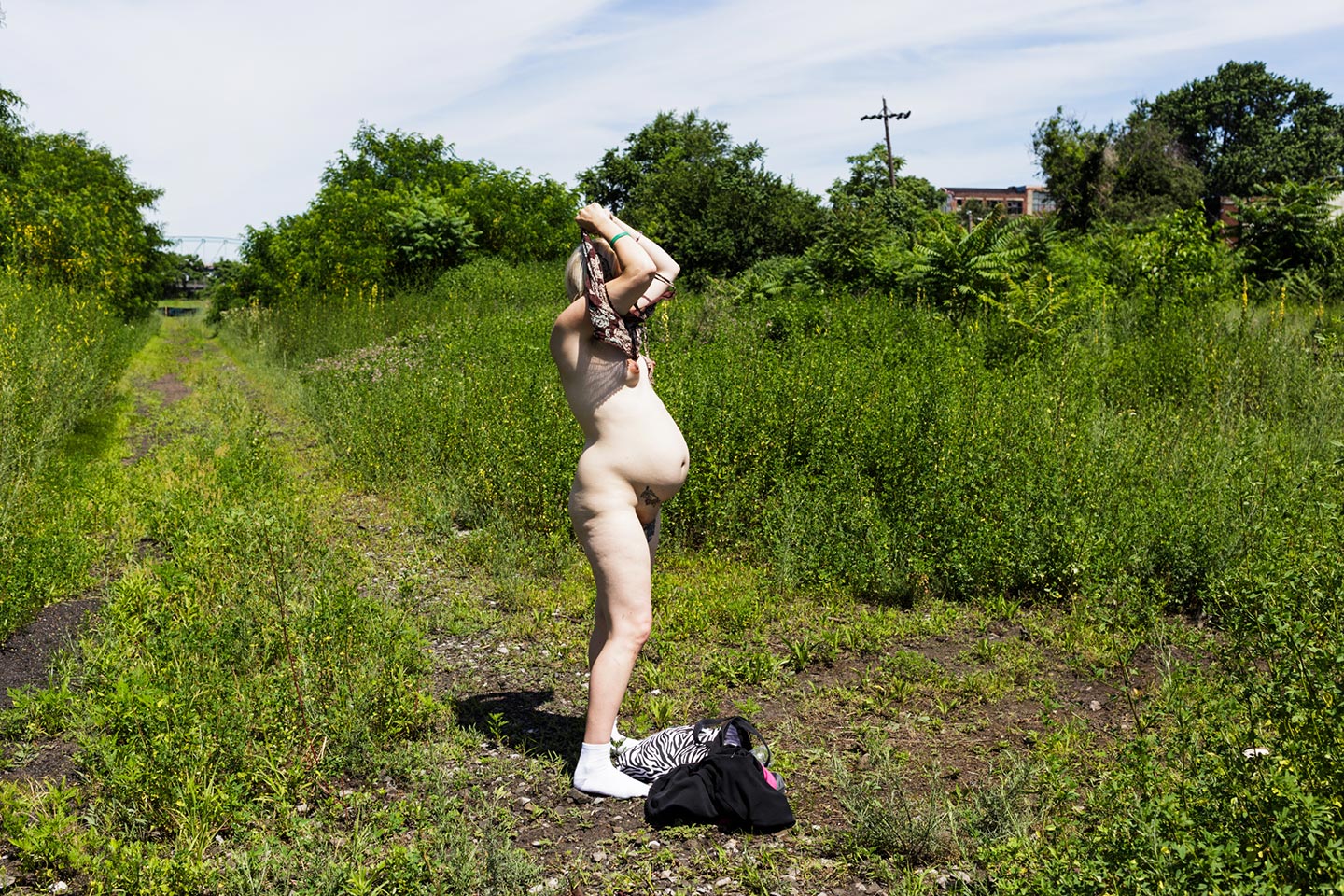 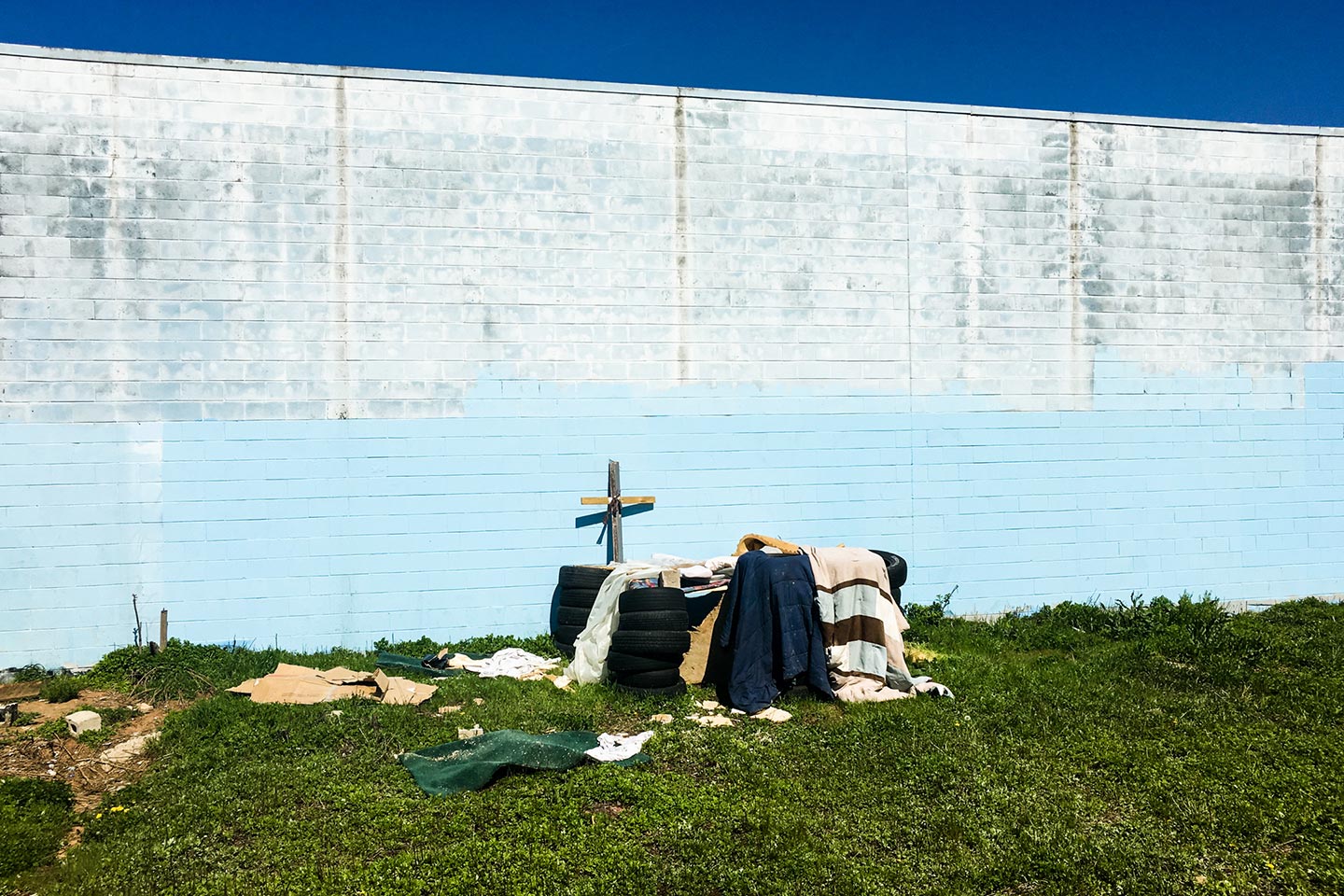 Good Sick by 34 year-old American photographer Jordan Baumgarten is a subjective reportage and a photobook recently published by GOST (buy your copy). “The book is about a city deep in the grips of the US opioid crisis—that place happens to be Kensington, the neighborhood where I live in Philadelphia,” Jordan explains. “I wish I had some lofty, erudite inspiration but the motivation to make the work simply came from living in and engaging with my neighborhood.”

“The first photograph I made in the neighborhood was on the day my wife and I were looking at a house to decide if that was where we wanted to live. It was of a child cooling off in an open fire hydrant in the dead of summer: the light was catching the water droplets just right so that there was a rainbow cutting right through the kid. It was the moment that made me want to move there—like it was some kind of sign. On the other hand, the opposite end of the block was an active drug and prostitution corner; shortly after moving in, I became interested in how these extremes can exist within the same space. I wanted to try and understand how heroin and sex can be openly sold on the street, alongside everyday life, within a tightly knit and historic neighborhood, and with seemingly zero oversight. That lack of surveillance creates a feeling of lawlessness—I wanted to communicate the immense confusion and disorder that comes from living in that place. So, I set out with my camera as a means to try and make sense of it.”

For Good Sick, Jordan aimed at images that “could clearly communicate the idea of what kind of place my neighborhood is, but also didn’t overly locate the work within a specific place or time. With that in mind, it was also very important for me to never show drugs but to communicate the feeling of drugs. There was a lot of restraint when it came to the final edit. I was also interested in creating a sequence that communicated the duality of this place—one with bits of magic, bits of terror and, at times, the inability to distinguish the difference, a place where nothing is what it appears to be. I also wanted to build a compact yet complex world within the book itself, with no images alluding to a reality that exists outside the edit I created. I chose images that removed my presence from the work, hoping it would give viewers the feeling of an aimless wander through this world.”

Speaking of viewers, Jordan is unsure how he would like them to perceive his images: “We all react to work differently based on our own narratives and baggage that we carry with us. Ideally, I suppose I’d want people to have a clear understanding of the world I created, but I also want them to be completely confused by it at the same time. I want people’s hearts to be broken.”

Jordan’s interests as a photographer “tend to shift from project to project, with each one being rooted in the attempt to answer a question (or series of questions) that have come to occupy my mind. My personal work is deeply driven by where I live and circumstances within my community. Over the past several years, I’ve been really interested in using photography and writing to unpack/understand Philadelphia and my relationship to it. It’s a complicated place and it seems like I could spend a lifetime trying to fully understand it.”

“I am lucky to have the support of a brilliant and generous creative community,” Jordan says about the main influences on his photography. “I would be directionless without them. It would also be a misstep to not mention my wife, Anne—time with her is inspiring and beautiful (and she’s responsible for some of the best studio visits I’ve ever had). Of course, I’m influenced by photographers, both older and contemporary: I am the artist I am because I stand on the shoulders of those beside and before me. But the biggest influence on my photography is walking outside, living, and connecting with those around me and, more often than not, it’s the non-artists in my world that are the most influential. You can’t make work about life and the world if you stay in your studio only talking about art to artists all day.”