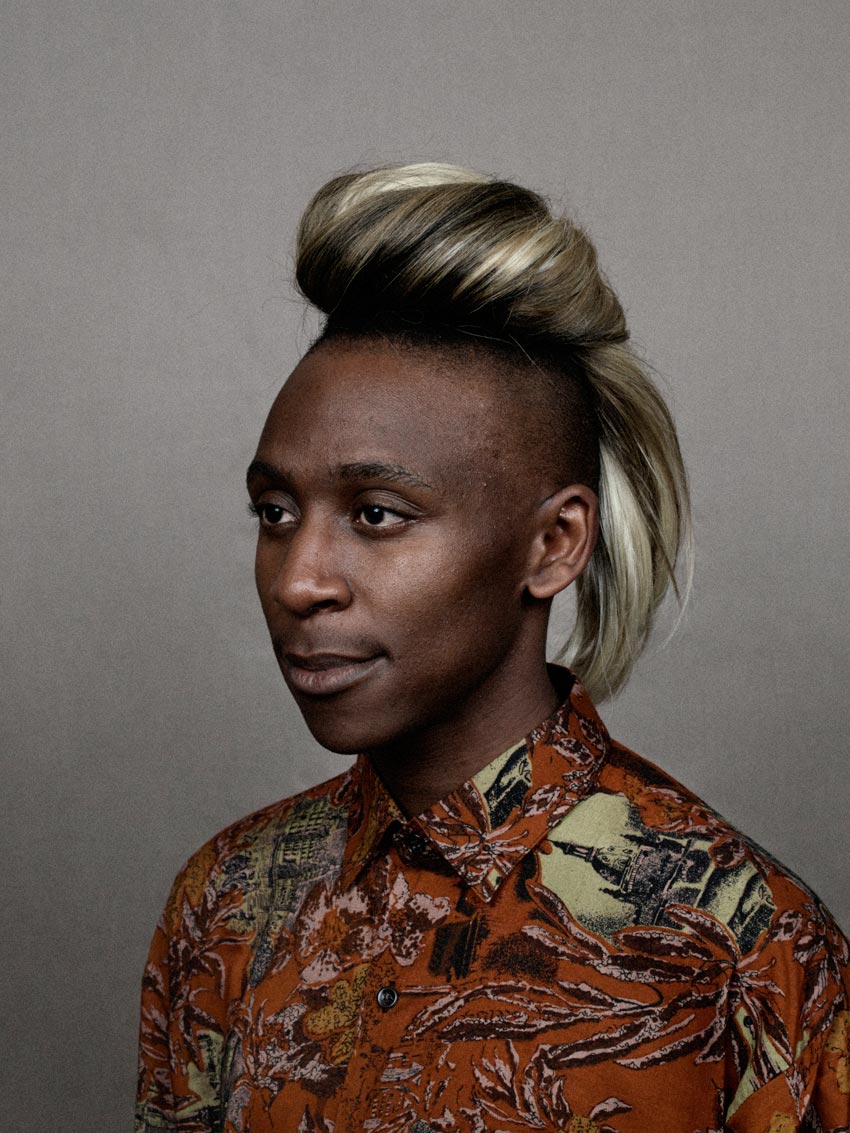 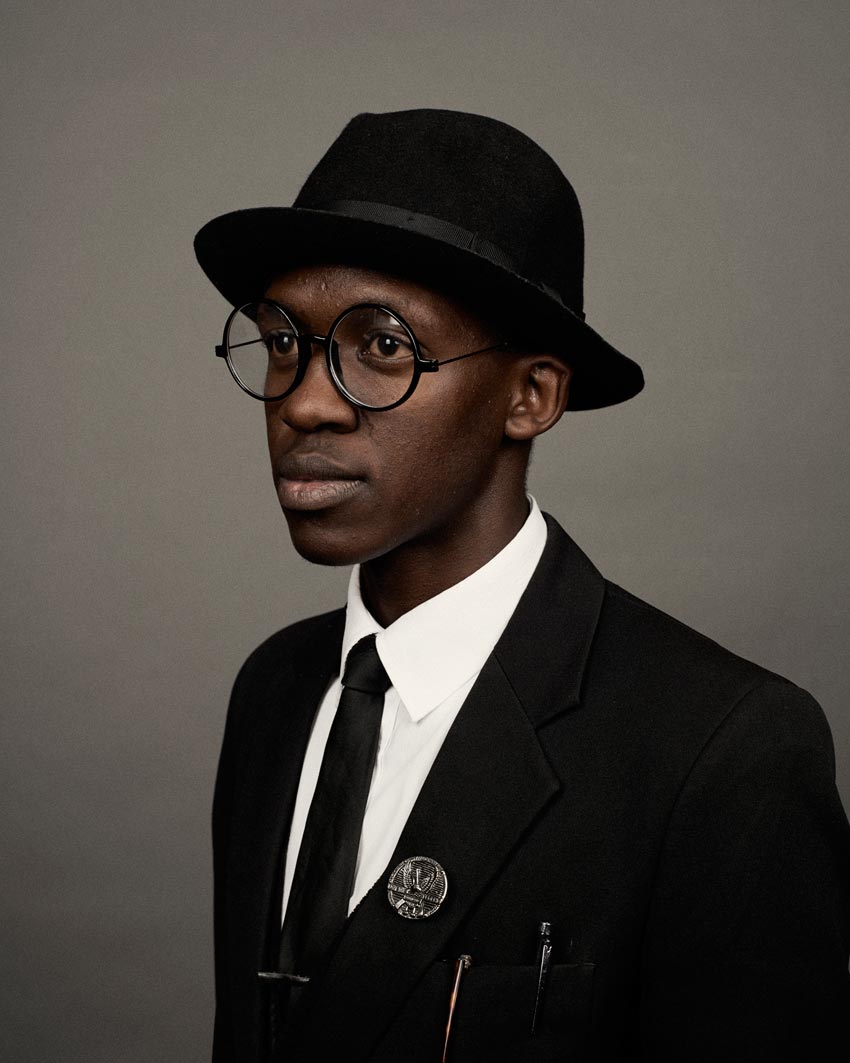 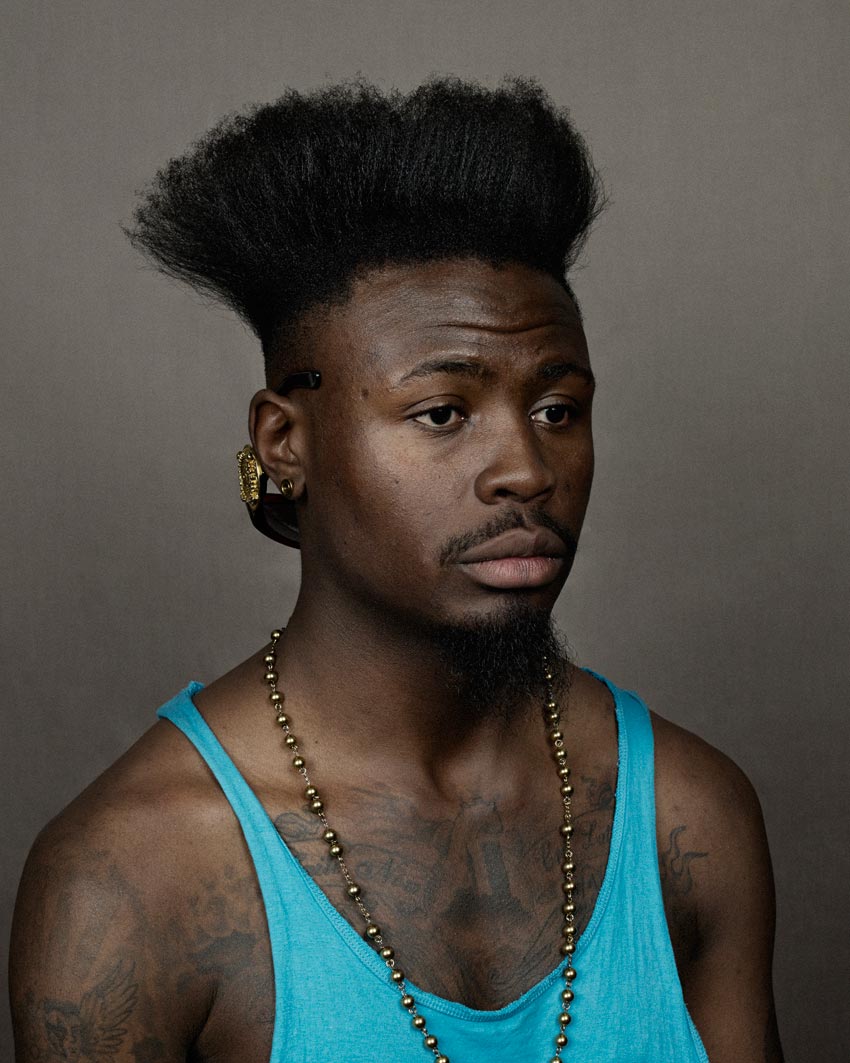 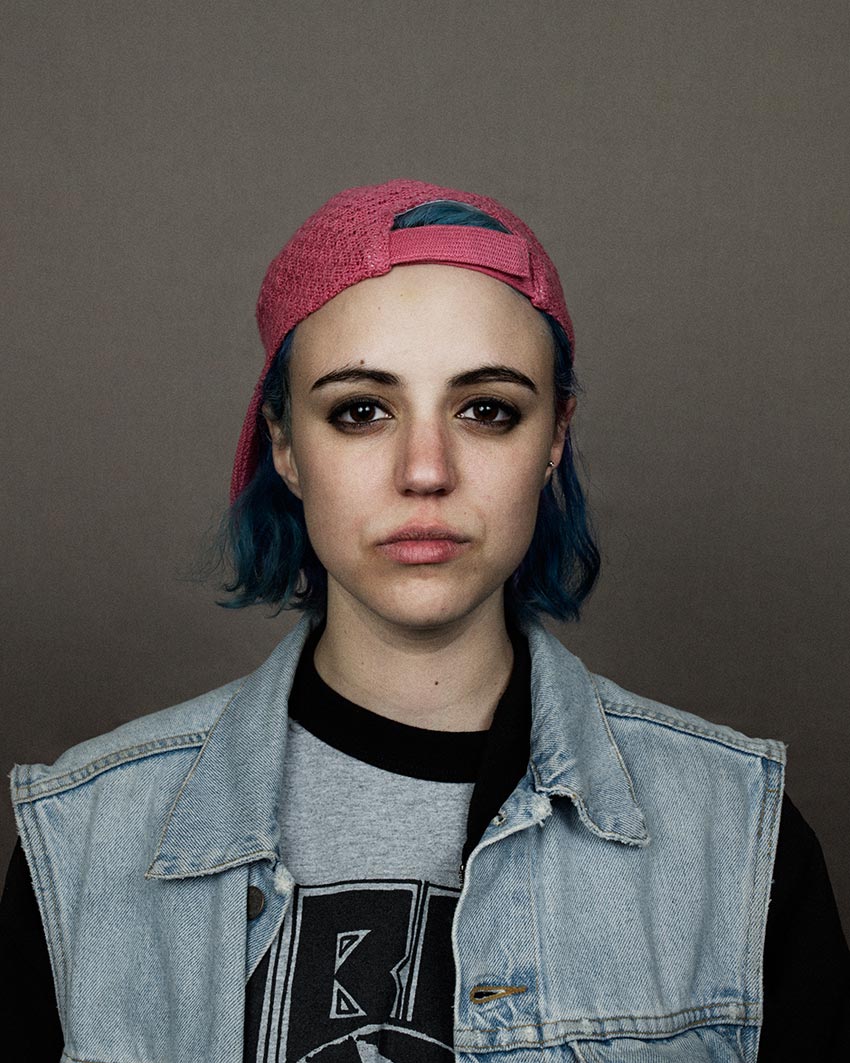 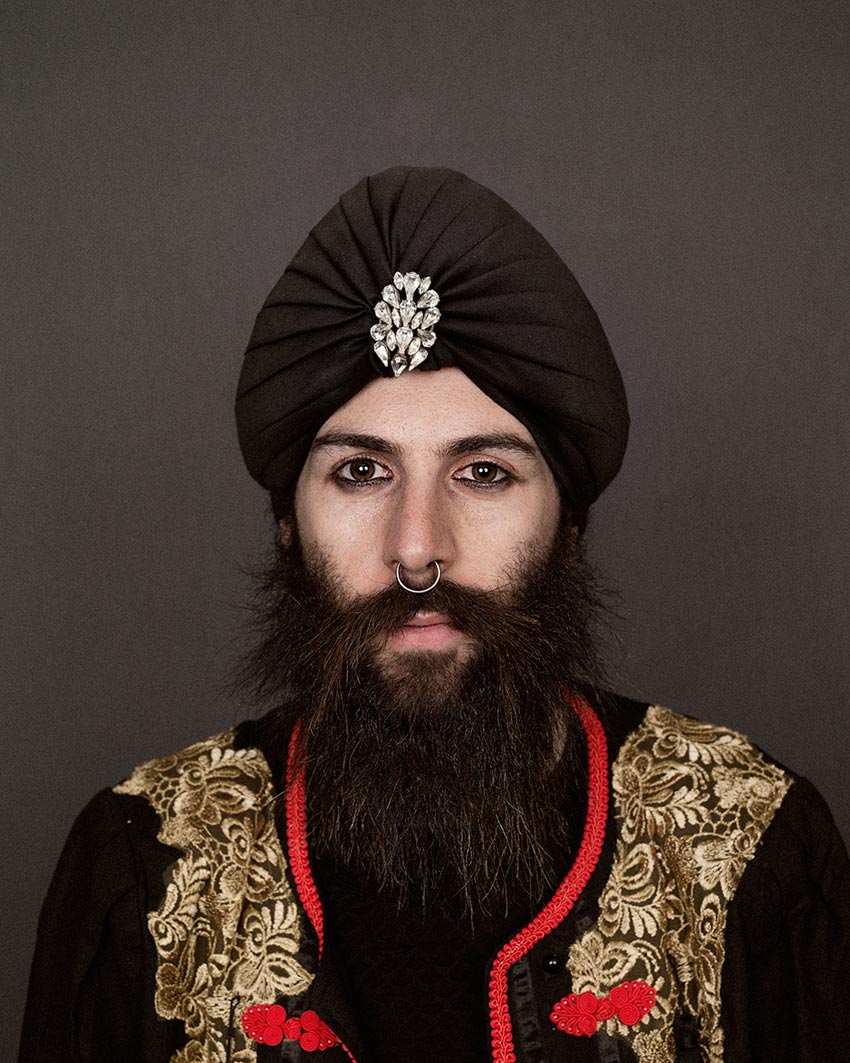 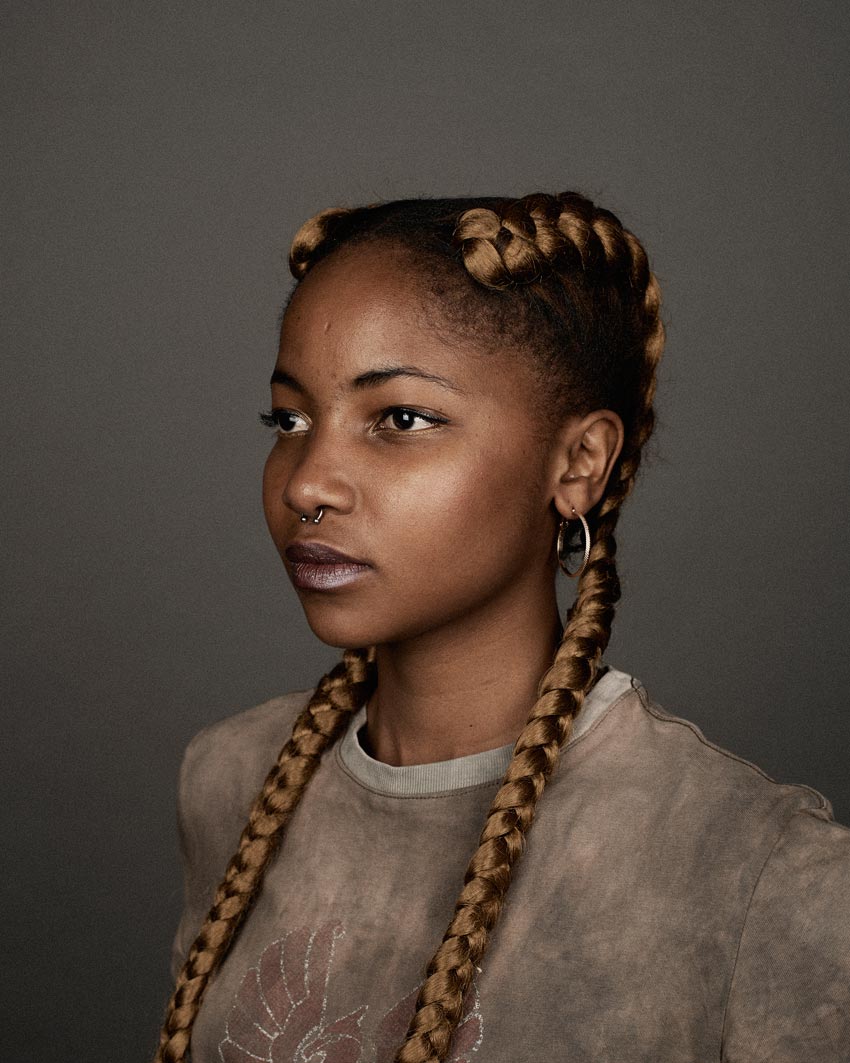 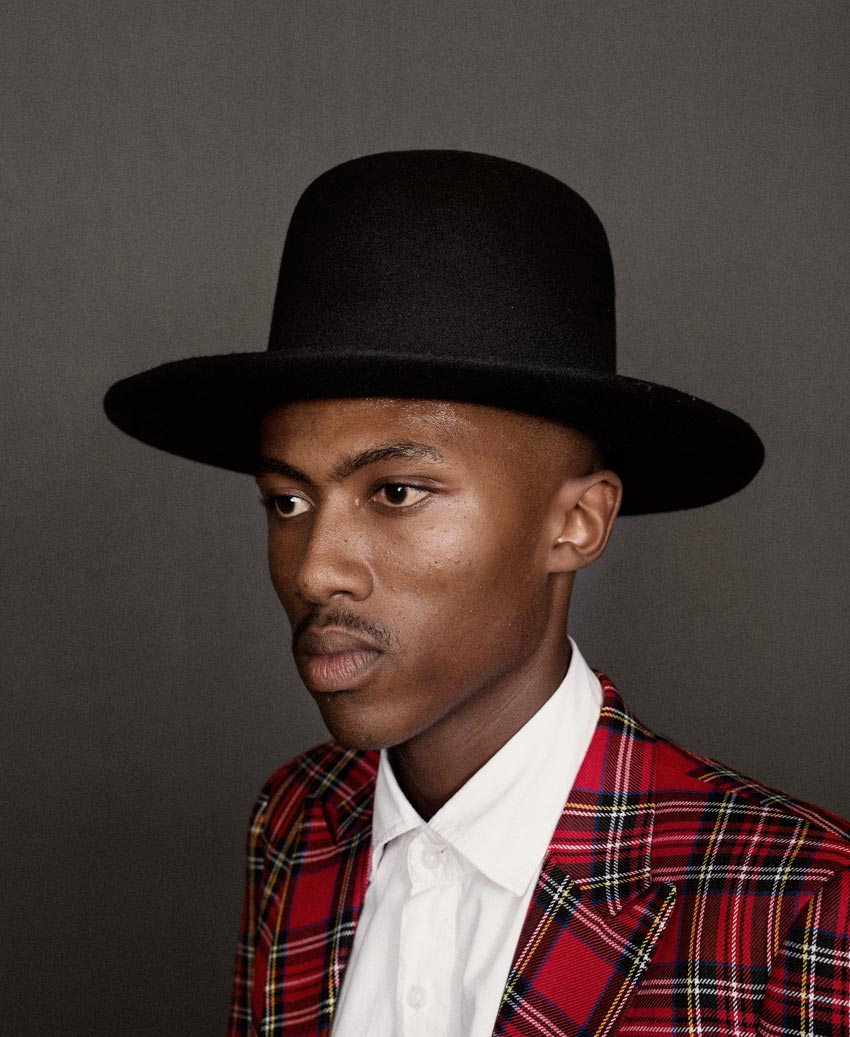 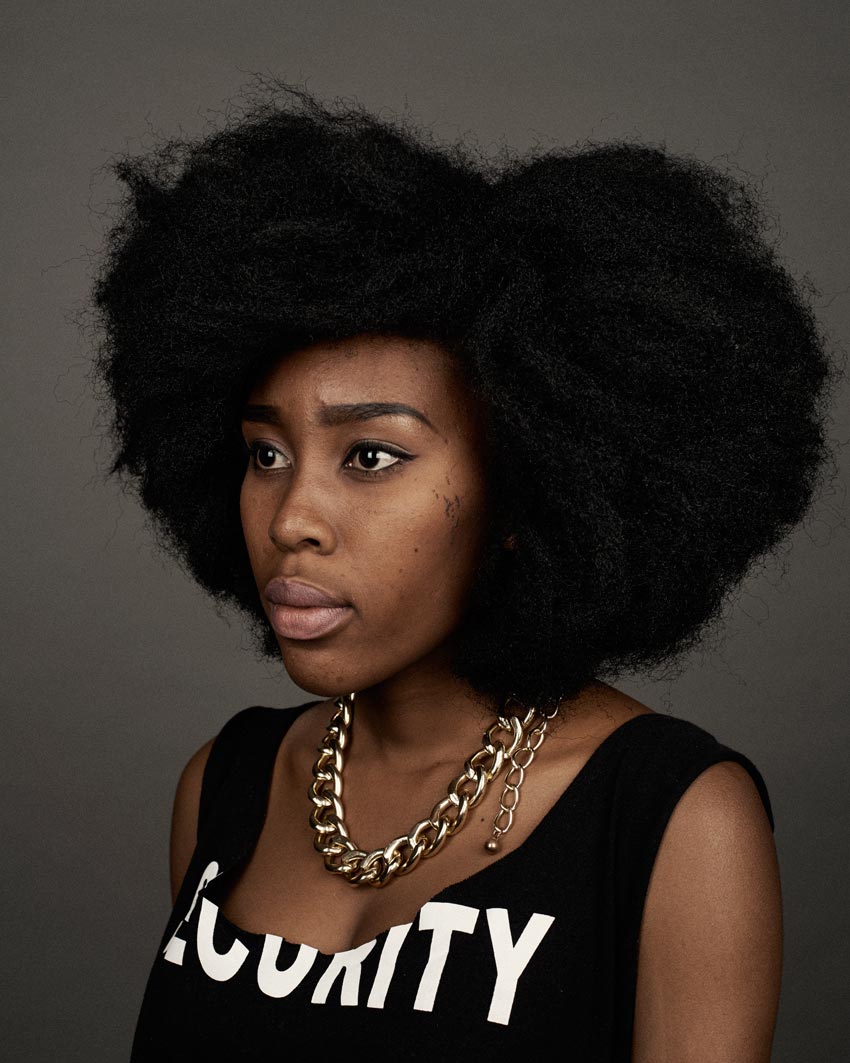 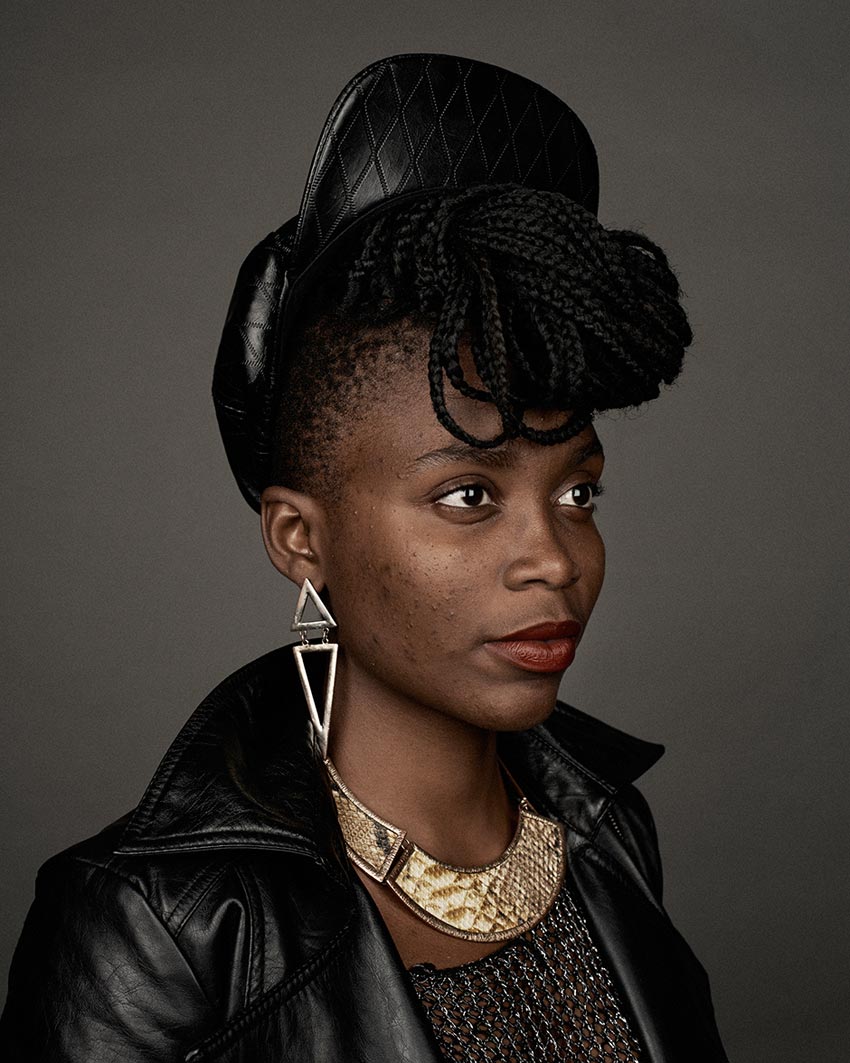 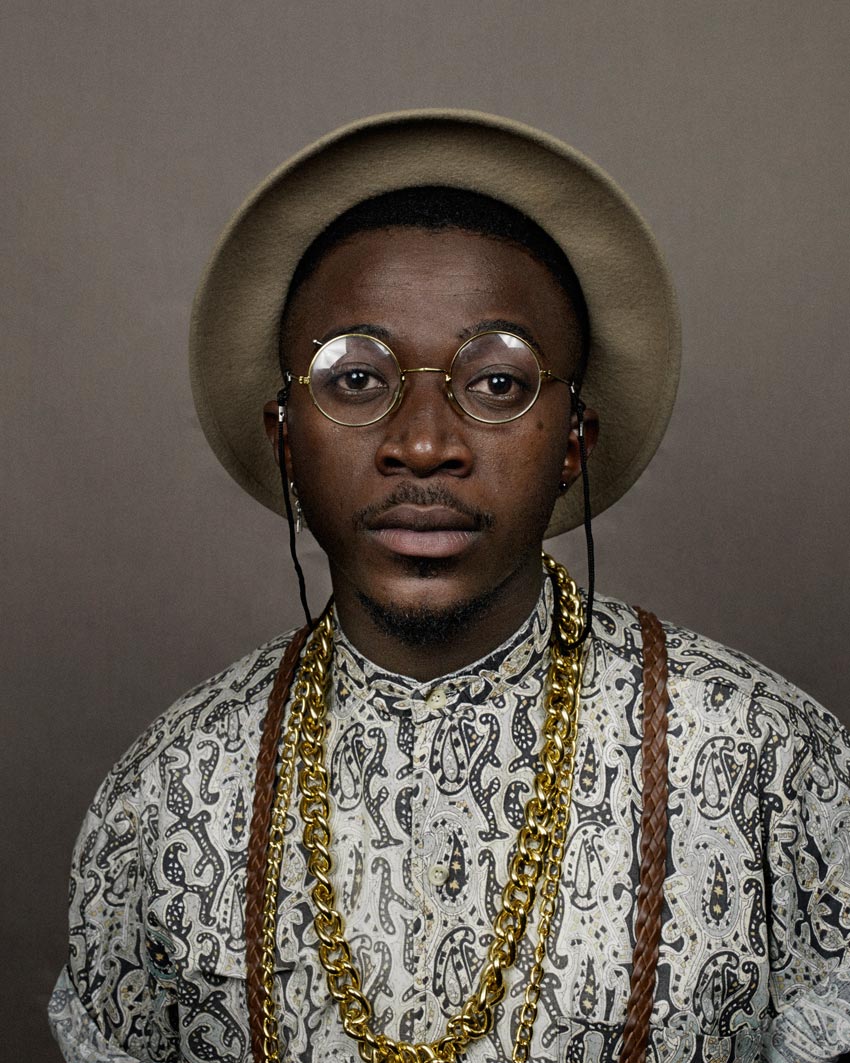 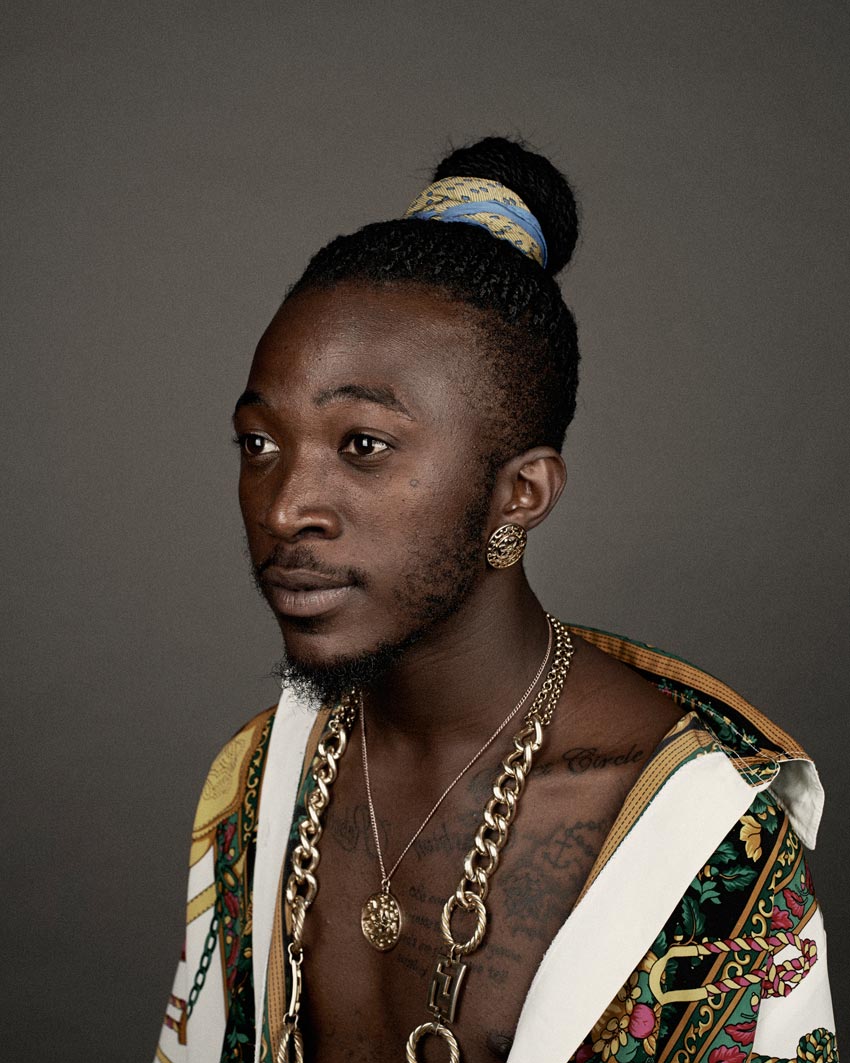 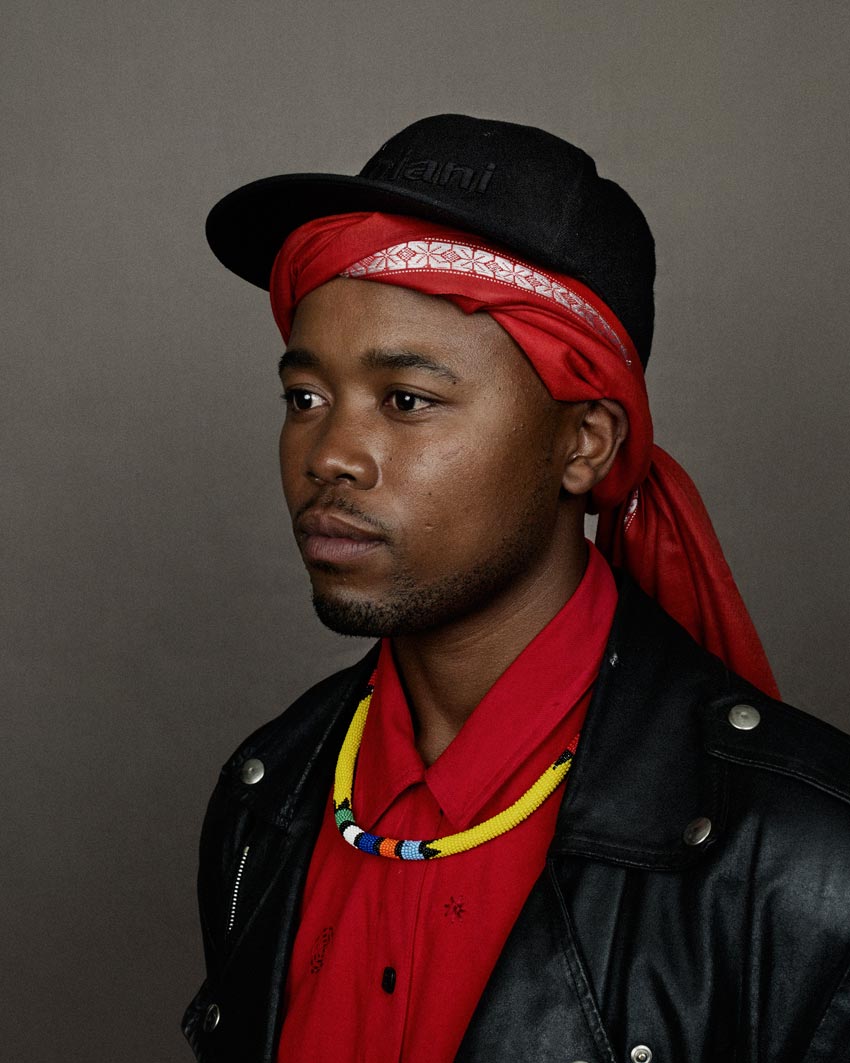 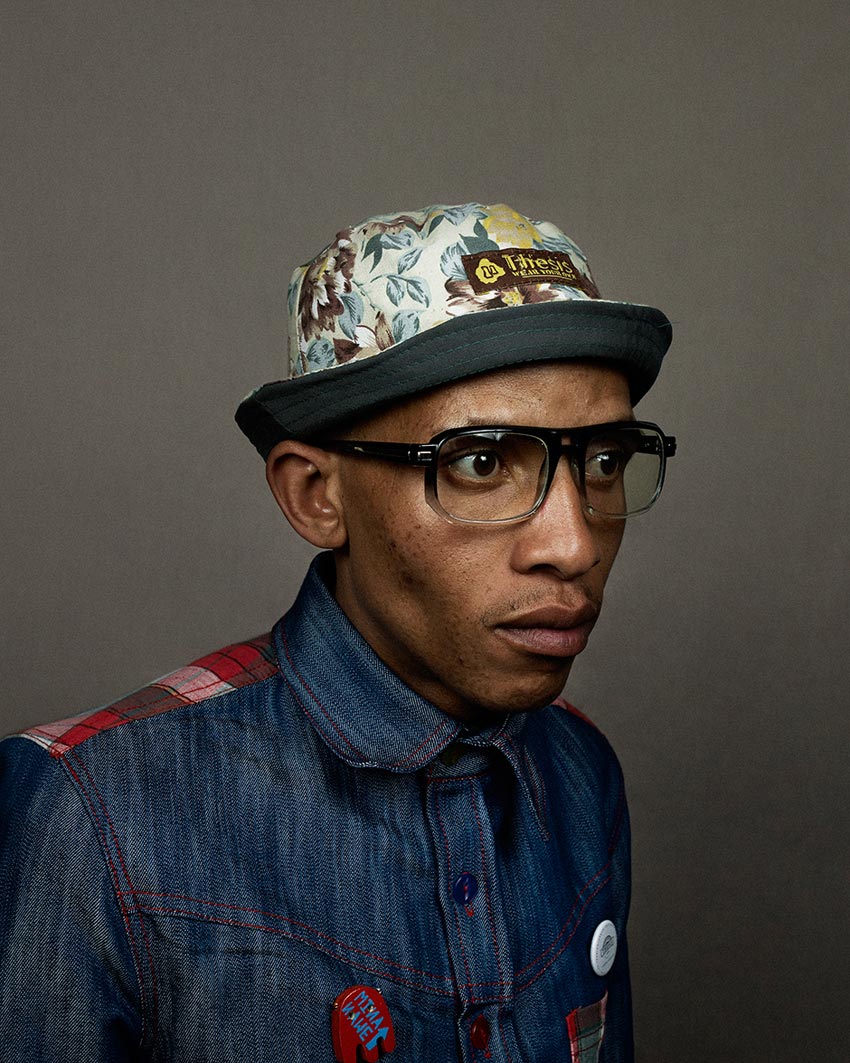 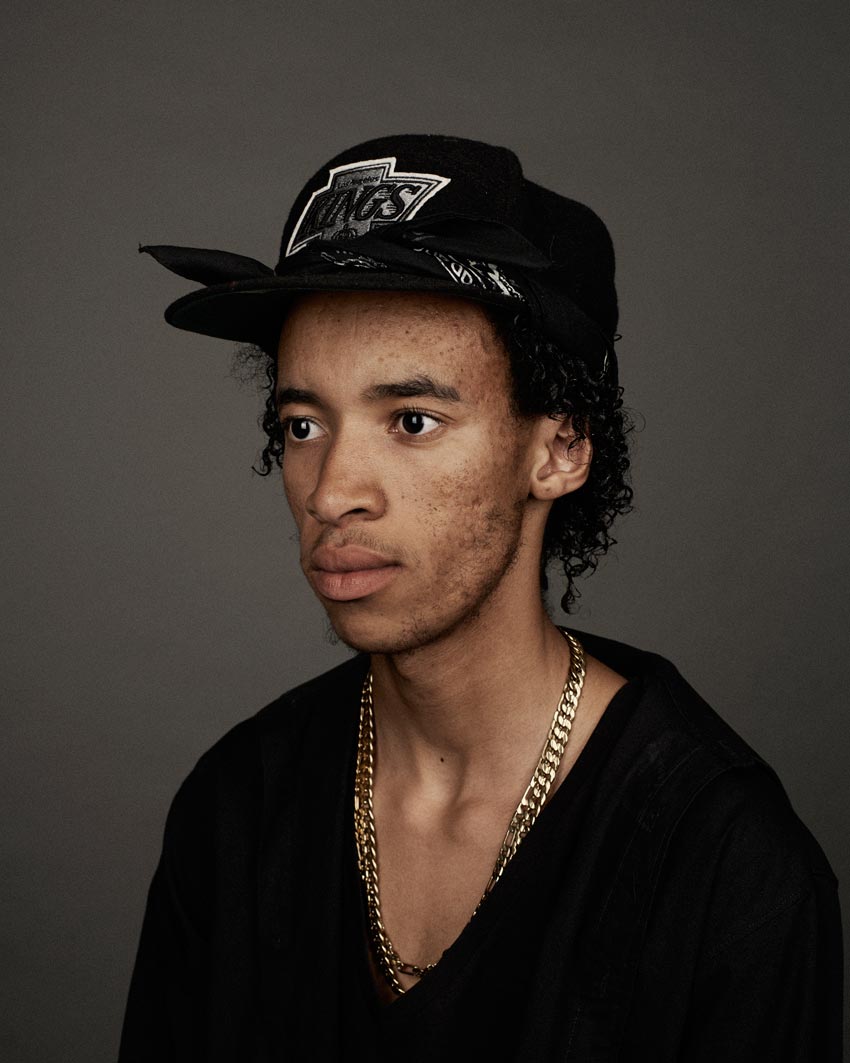 IN THIS INTERVIEW > 38 year-old South African photographer Oliver Kruger discusses Golden Youth, a series of striking portraits of young South Africans taken at the margins of a festival in Johannesburg.

Golden Youth is available as a photobook published by L’Artiere – buy your copy here.

Hello Oliver, thank you for this interview. What are your main interests as a photographer?

I’m mainly interested in people and the places they occupy in both space and time, as well as their individual, personal psychic space.

Why did you decide to do a portrait-based project about the youth of Johannesburg?

It was purely incidental. A friend asked me to accompany him to a street culture festival, and mentioned it may be interesting to photograph the people attending. Because the festival was taking place in an awful parking lot in which it was impossible to make pictures, I decided to set up a very simple photo studio.

The people I photographed were interesting for me because I grew up experiencing 1990s subcultures of skateboarding, punk, metal and hip hop: I have always been curious about youth and their determined effort to put themselves outside the bounds of society, to define themselves by dressing and behaving assertively, even if in a manner free from the language and intellectualisation that comes later in life. I could easily identify with the people I was photographing.

Based on what did you choose the boys and girls portrayed in your images?

I picked most of them out of the enormous crowd that was at the festival; many approached me to be photographed or to have me photograph their friends. I chose those who interested me for whatever reason, be it their style or personality or simply their looks.

Can you share a bit of insight into the making of these portraits? What are some of the directions you took for this particular work?

I definitely borrowed technique and ideas from African street studios, ethnographic documentary photo technique, and a few photographers with whom I have worked in the past, like Randall Mesdon and Pieter Hugo. I also had the works of Oliver Sieber and Rineke Dijkstra in mind.

You have said that Golden Youth is the portrayal of “a very thin slice of people seen at a very specific time. It is not a broad statement about Joburg”. However, your subjects all have quite stylish clothes and flashy jewels. Do you think it’s just a fashion trend or perhaps the manifestation of something deeper?

It is a style that developed in Johannesburg, and is spreading rapidly around South Africa and probably further. I think it’s probably one strategy for the city’s young people to assert themselves in a way that does not involve money, perceived power or manipulating people, but simply through fashion and creativity. They stand out by the simple act of dressing themselves. Part of the explanation might also be that greater Johannesburg is a city of 12 million people – as such, it gives individuals space for different beliefs and points of view. In the rest of South Africa, the psychological confines are relatively more confined and conservative.

I also believe it also has to do with Johannesburg’s identity. The city’s development has been driven purely by commerce, industry and mining, on the side of a strong history of resistance and subversion and sparse pockets of beauty. Outside of the central northern suburbs, Joburg is a dull, grey colored assemble of mines, factories, rapidly built industrial buildings, and highways. The youth’s style could be a natural offshoot and rebellion against the city’s prevailing mood: the flamboyance of the people of Johannesburg is a natural reaction to their environment.

Is any of the Golden Youth portraits a favorite of yours, and why?

I think the portrait of Shelley Mokoena is my favorite. From what I could tell, she was a gentle and kind and beautiful person.

You are mostly a portrait photographer. When do you consider yourself happy with a portrait you made?

When I manage to make a still and considered picture of a person that I feel represents my impression of him or her – which is very often not possible, and at which I mostly fail. I admire photographers who can make complex, immersive photographs without seemingly overthinking the act of taking a picture.

I admire the work of Mark Steinmetz, Rineke Dijkstra and Oliver Sieber. I learned how to approach a subject from Pieter Hugo, how to be particular from Alessandro Cecchini, and how to create a mood from Randall Mesdon. I also like to think that writers affect my thinking, particularly Jonny Steinberg, Ivan Vladislavic and WG Sebald. Maybe that’s grandiose.