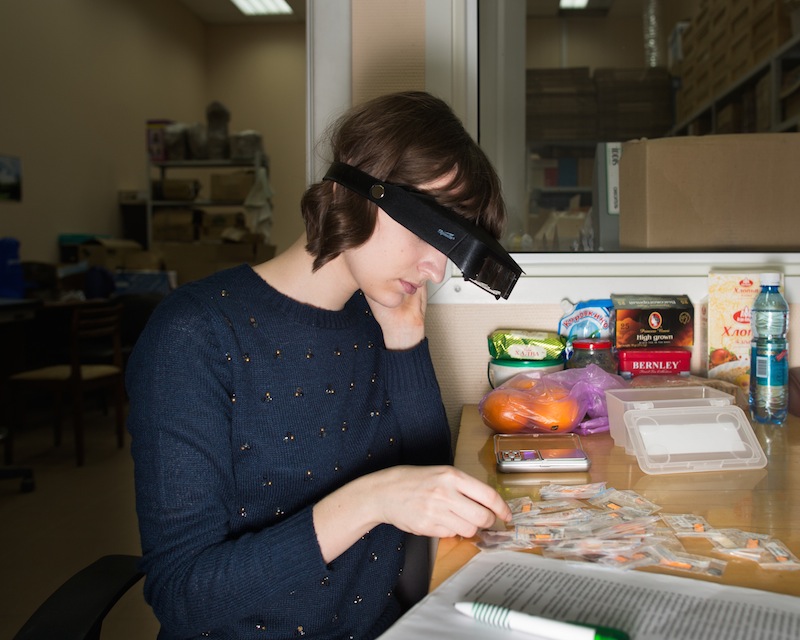 A Peek Into Life in ‘Silicon Forest’, Russia’s Hot New Startup Scene
Apparently, Russia has its Silicon Valley, too, but they call it the Silicon Forest… Grant Slater‘s photographs offer a glimpse into it. Via Wired.

The Drunken Boat
We featured the work of Clémentine Schneidermann only a while ago for our Elvis Week. Clémentine is now working on a new series called The Drunken Boeat. The project is still in progress, but looks great already. Catch a preview on This Is Paper.

Portraits from Moldavia
A nice selection of portraits that photographer Dafina Jeaca took in Moldavia, “the pretty sister of Romania.” Via Oitzarisme.

You See Me
Girls who grow up with a sister are inevitably led to compare their body with those of their siblings. Liz Arenberg has made an incredibly intimate study of her younger sister. Via Lenscratch.

Signs of the Times
In the early 1990s, Martin Parr worked as a stills photographer for a BBC documentary about the British people’s questionable taste for home decor. The results are quite hilarious. Via The Telegraph.

Whimsical Photos Imagine Everyday Life as a Star Wars Wookiee
What would life be like if you were a Wookiee? Find out watching these fun pictures by Mako Miyamoto. Via Featureshoot.

Meryl Meisler’s Disco Era
Crazy images from the best clubs of New York’s disco scene in its most glorious time, the 1970s. Via The New Yorker.

Iranian Fathers & Daughters
There’s been a lot of Iran lately in contemporary photography. This particular series by Nafise Motlaq shows captivating portraits of fathers and daughters belonging to different social classes. Via LensCulture.

Birthday Suits
For 40 years, Lucy Miller has photographed herself on her birthday to track the passage of time. This kind of project is getting a little tired already and it’s usually not good from a photographic point of view, but Miller’s is seriously good one and deserves a look. Via LensCulture.

Careful What You Photograph – You Might Be Constructing an Imaginary Reality

There’s Something Terrible about These Greyhounds You Should Know…

In 76 Countries, These People Would Be Considered Criminals

Priests, Doctors, Teachers and Other Regular Residents of Las Vegas Express Their Views on the City